Almine Rech presents an exhibition of works by Szabolcs Bozó. This is the artist’s first solo exhibition with the gallery. 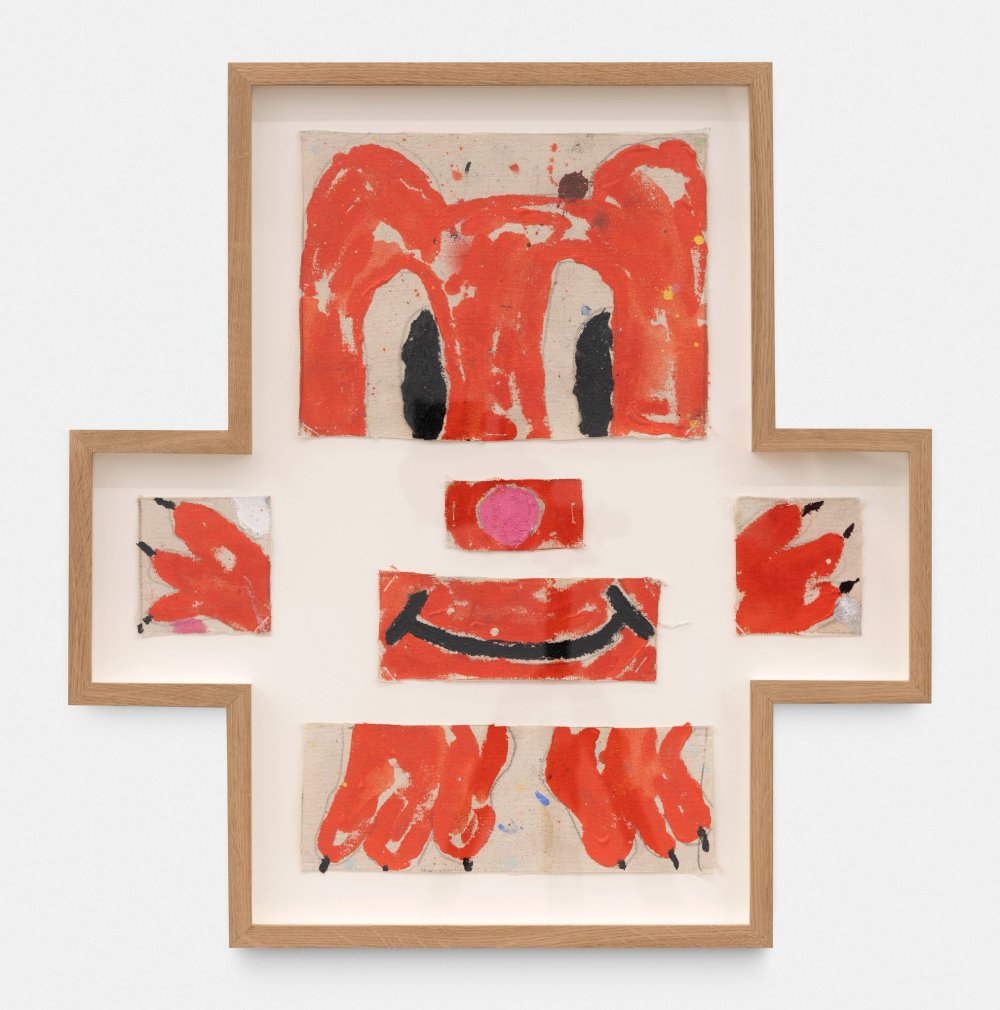 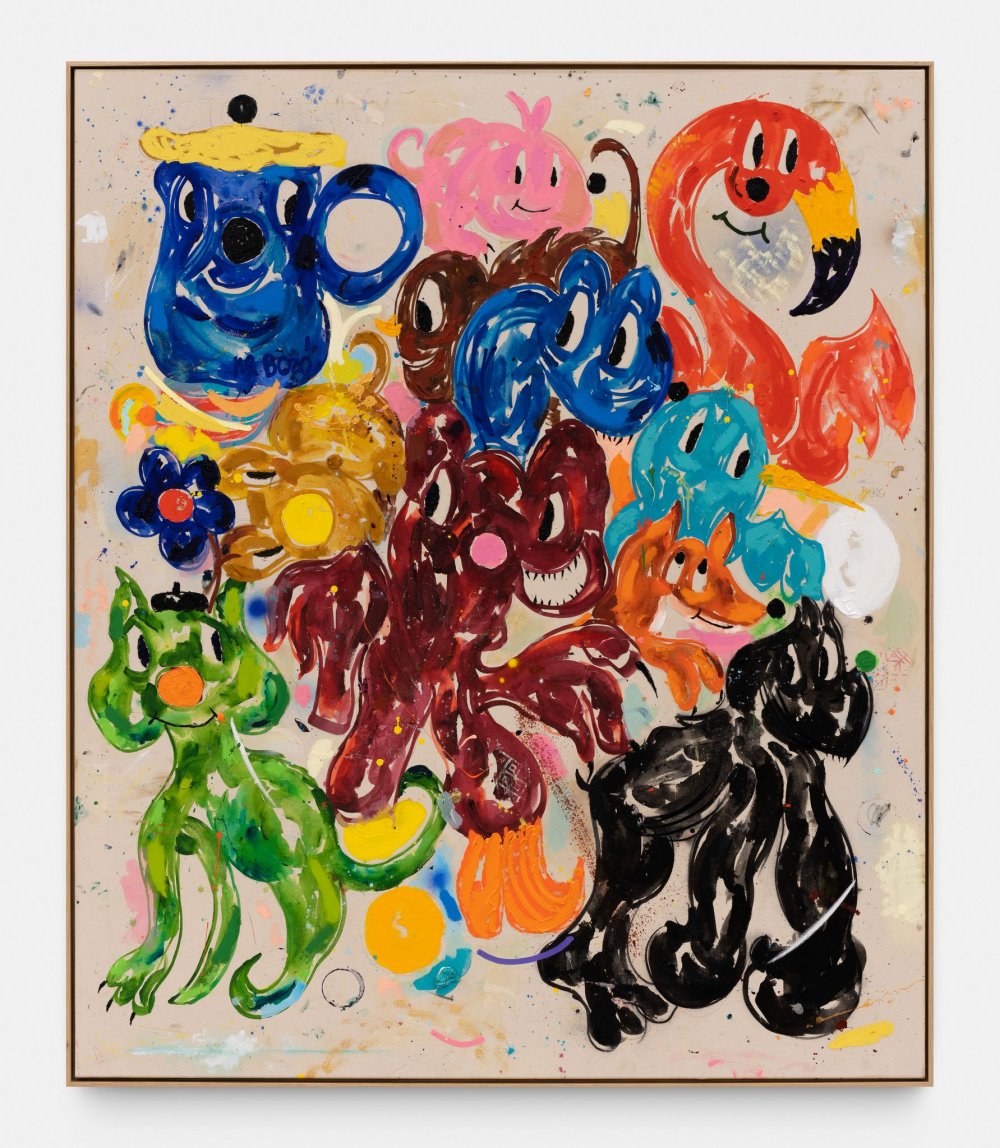 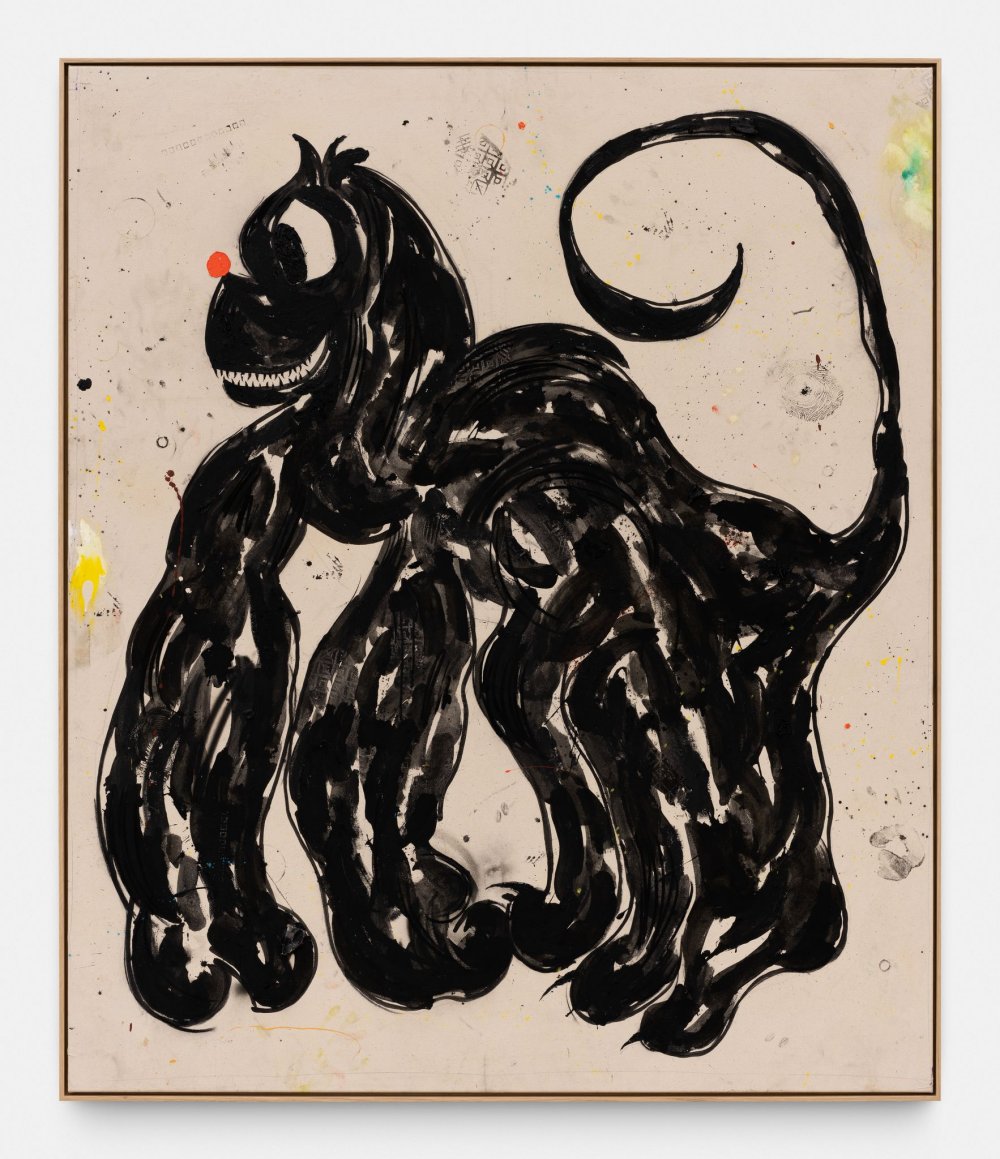 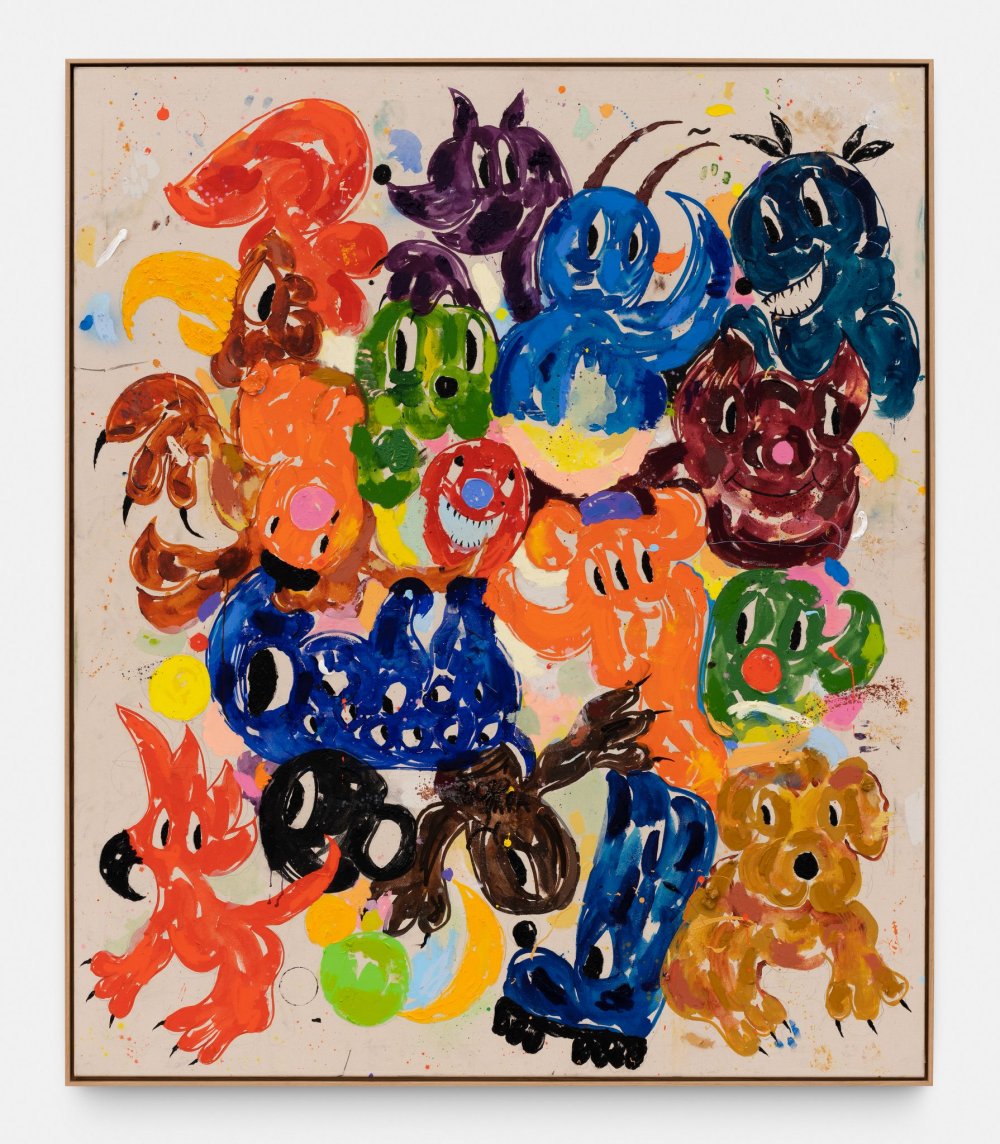 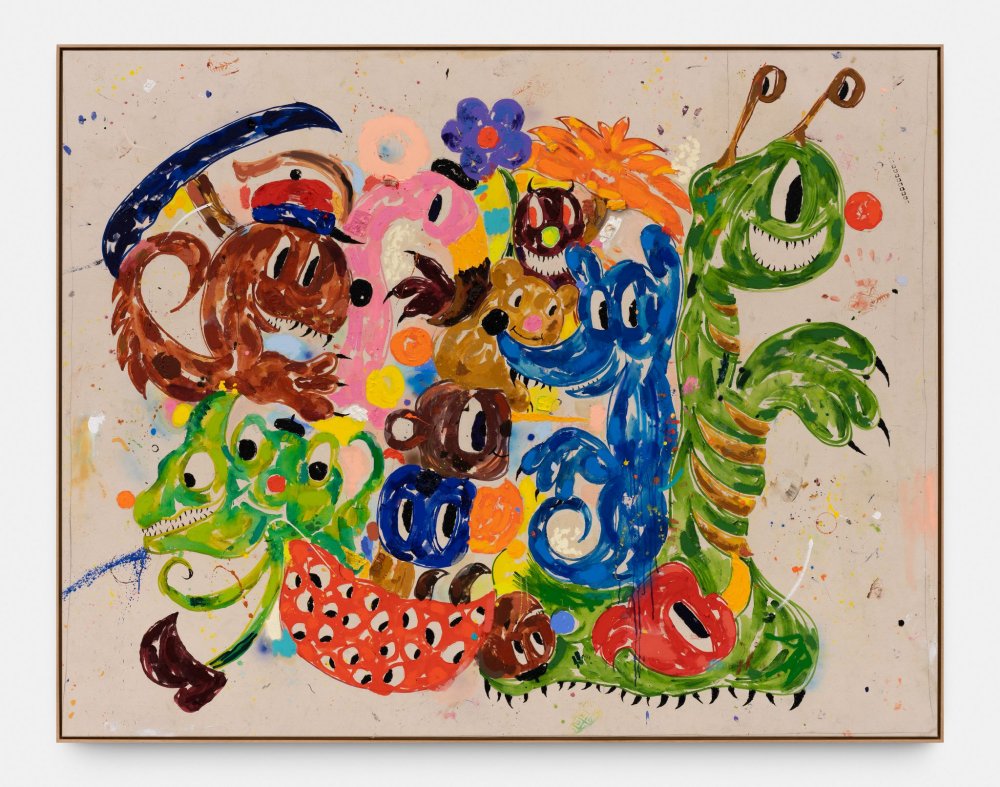 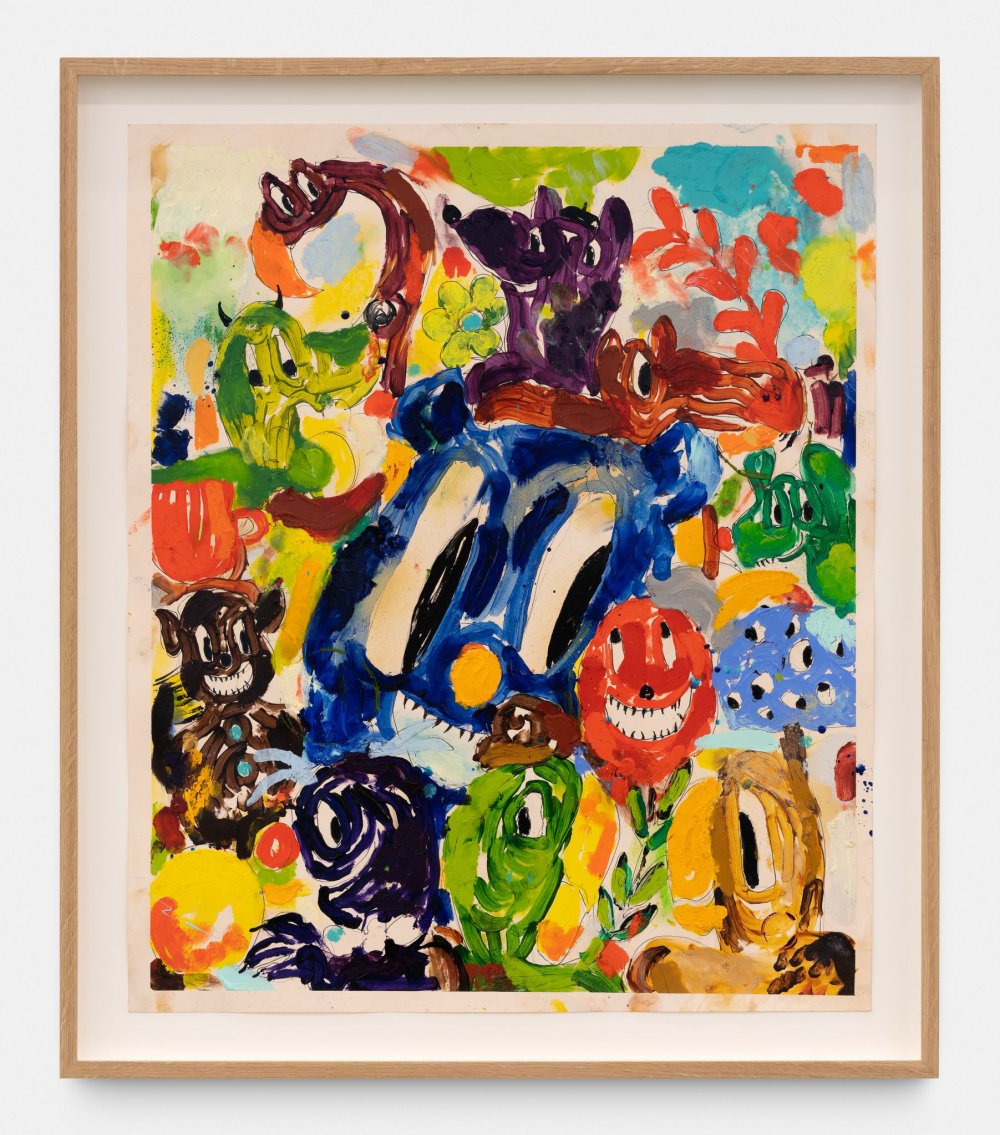 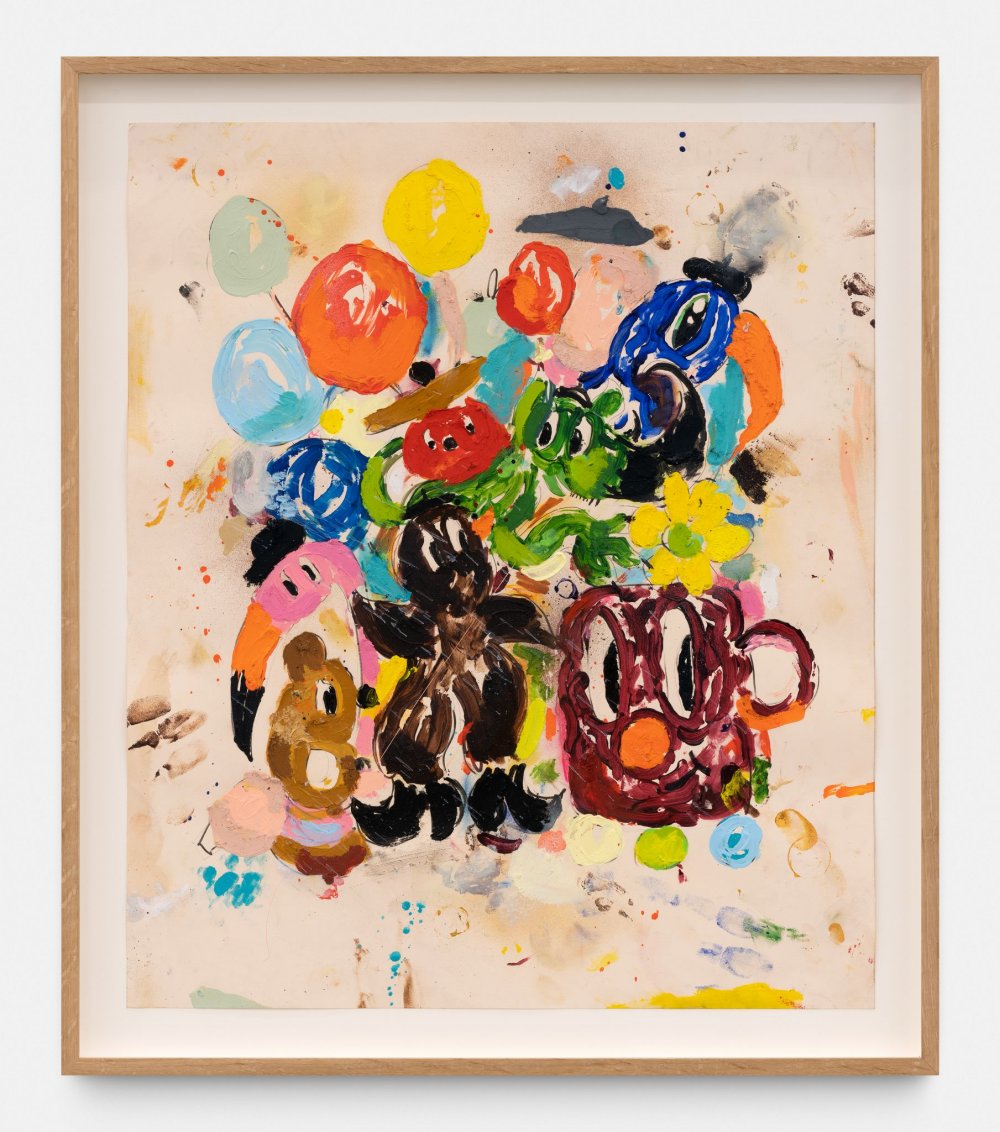 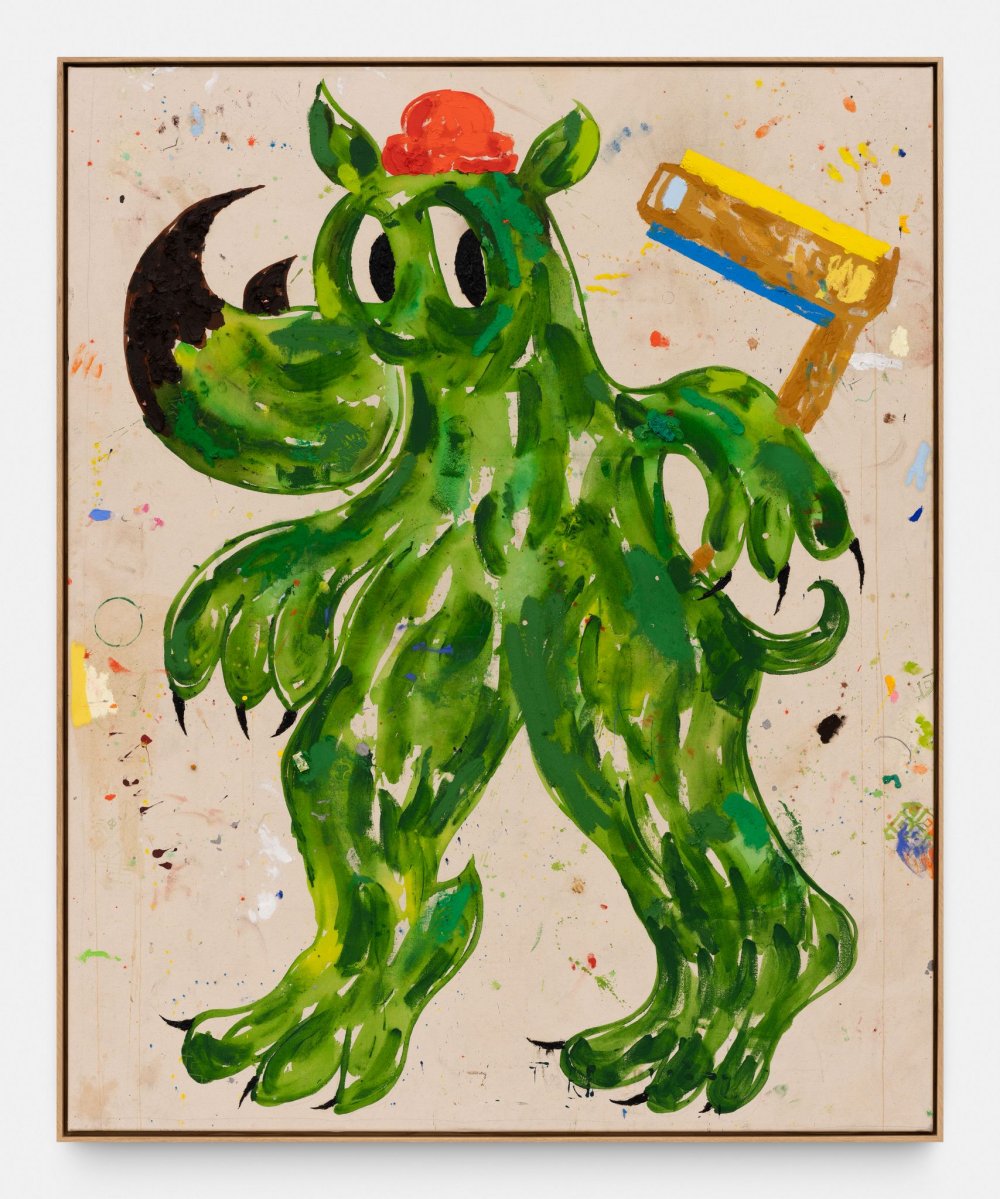 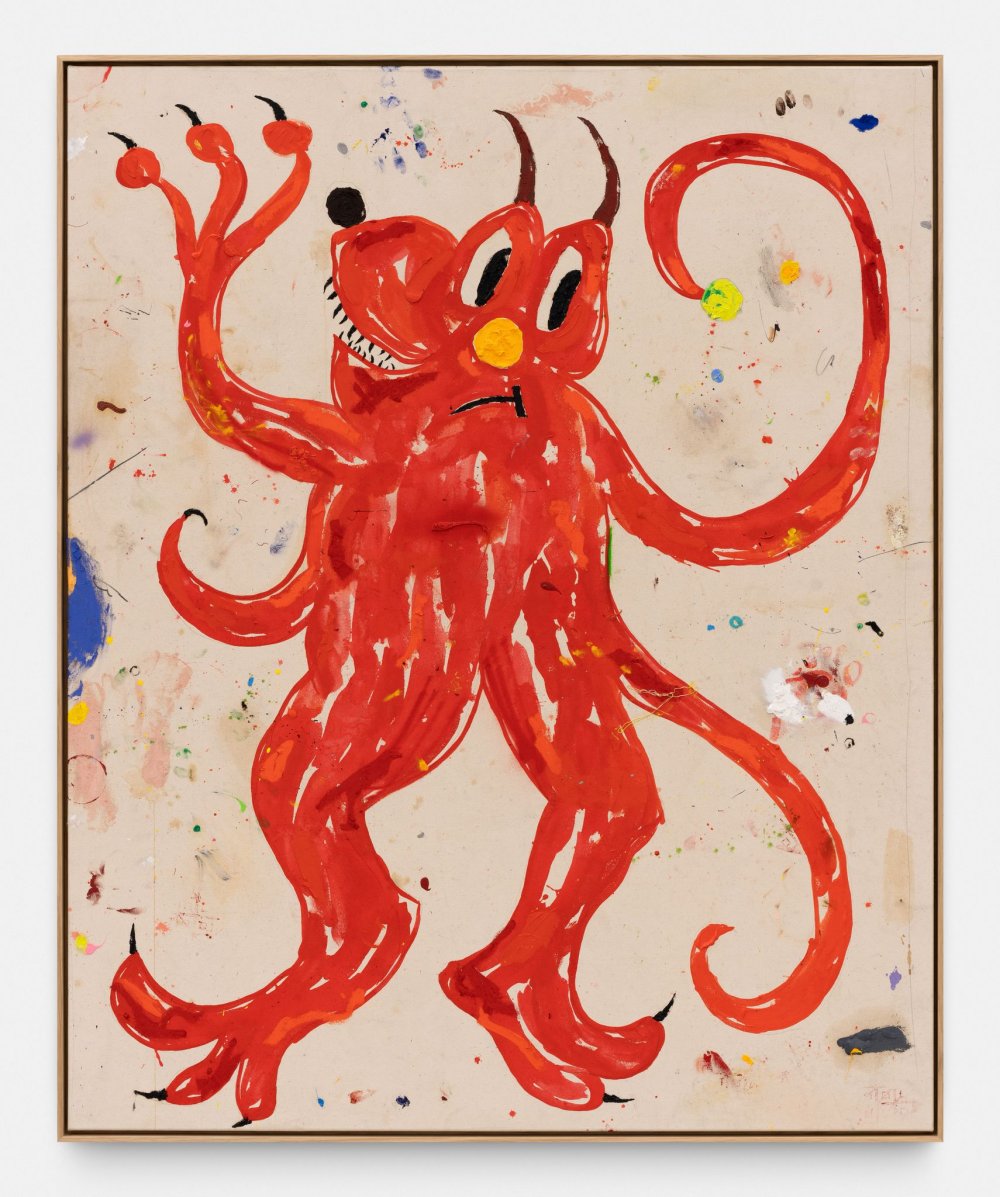 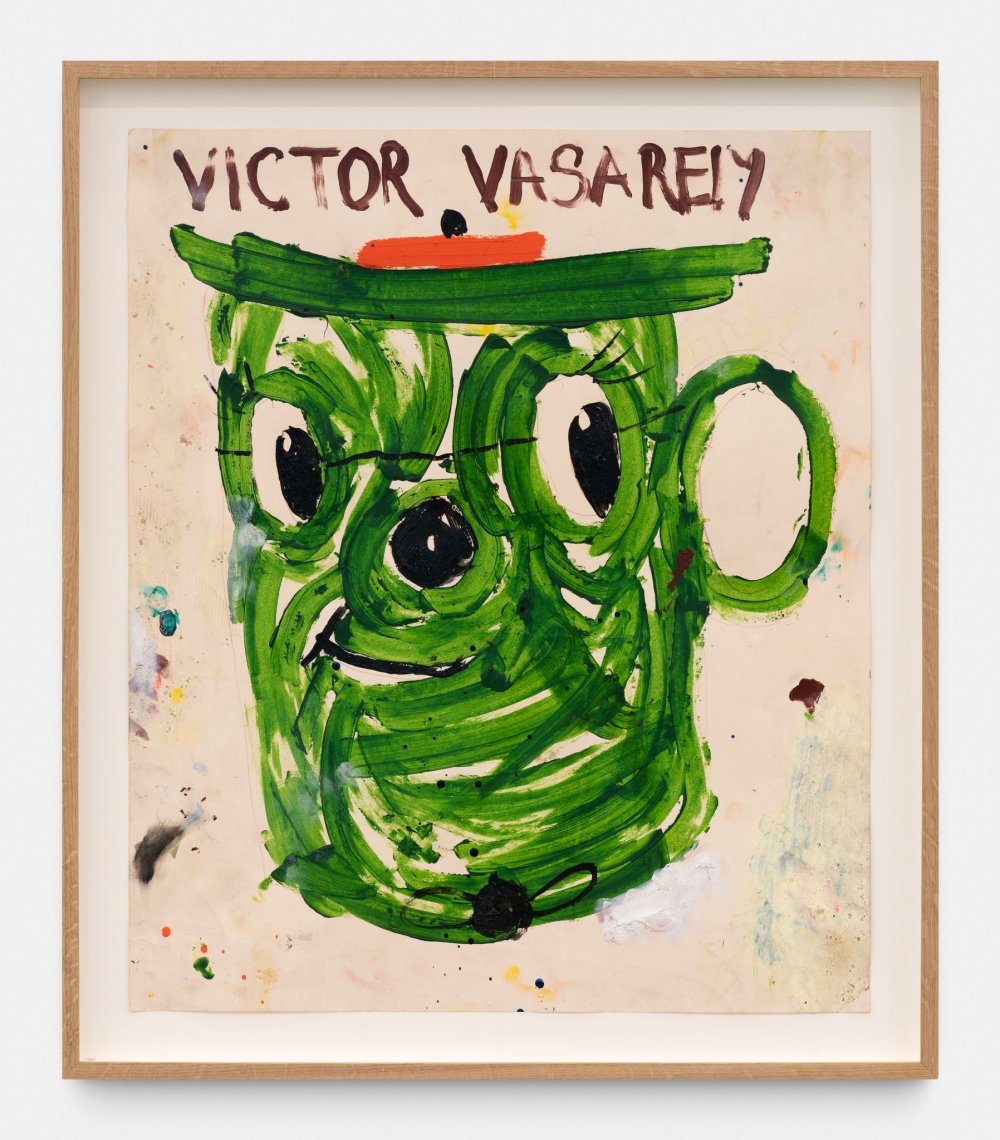 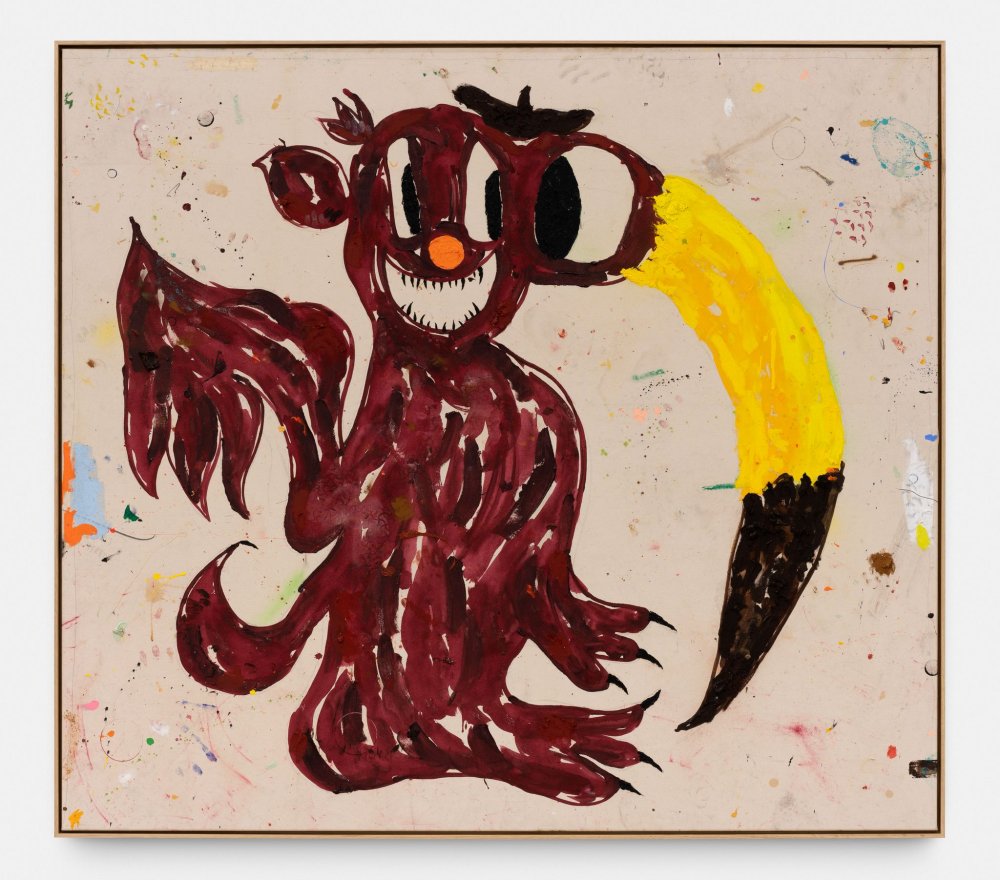 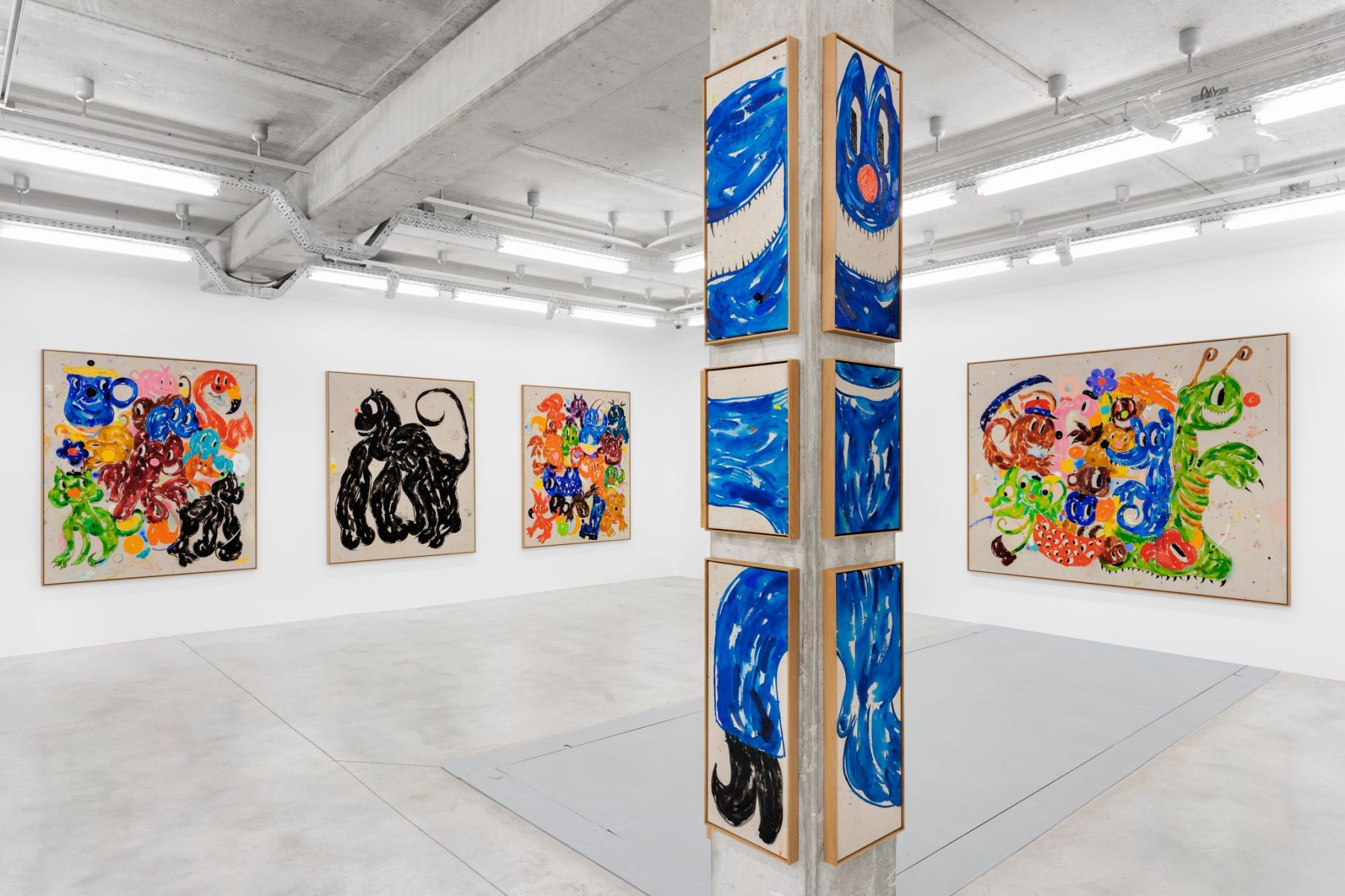 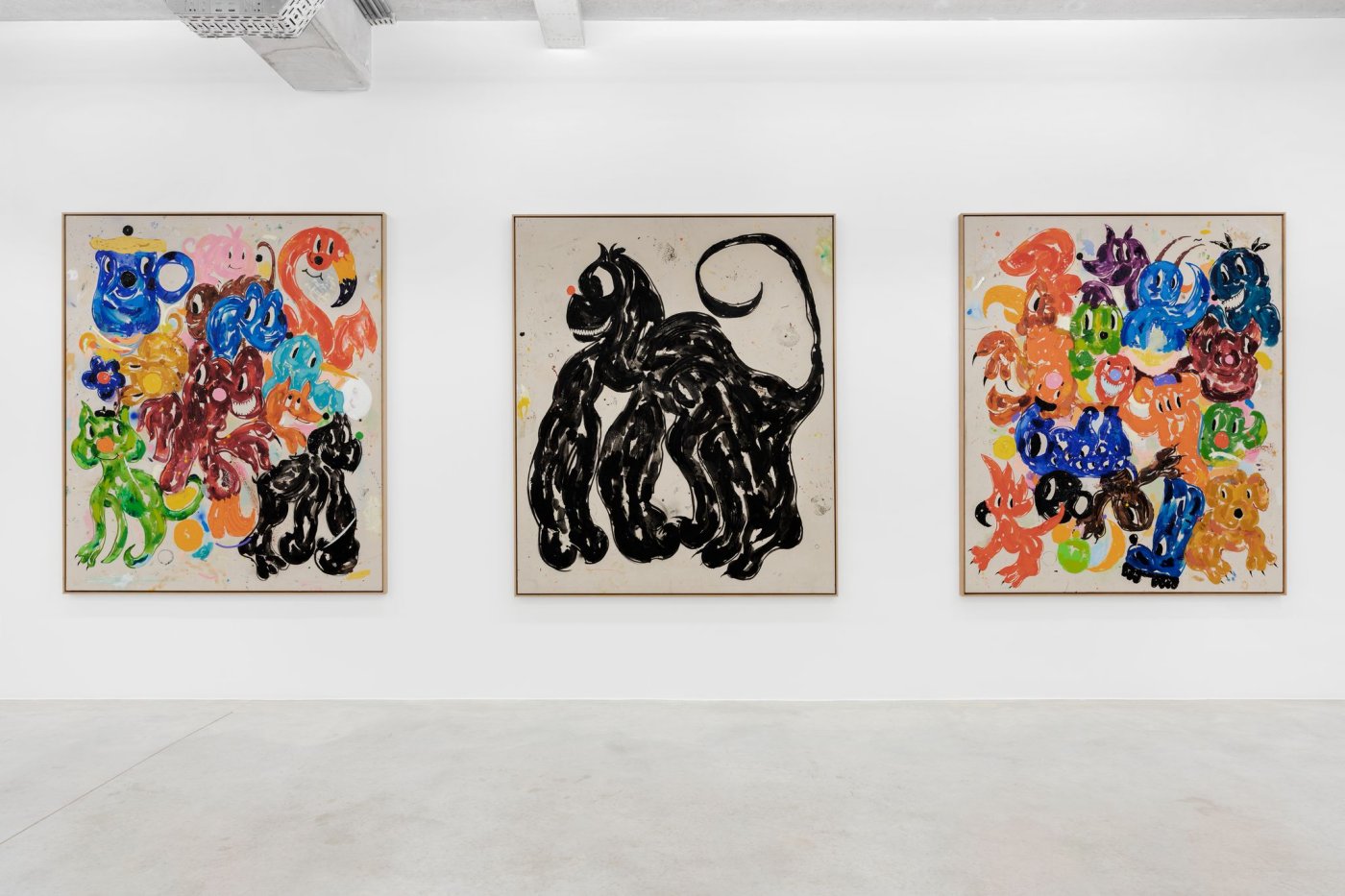 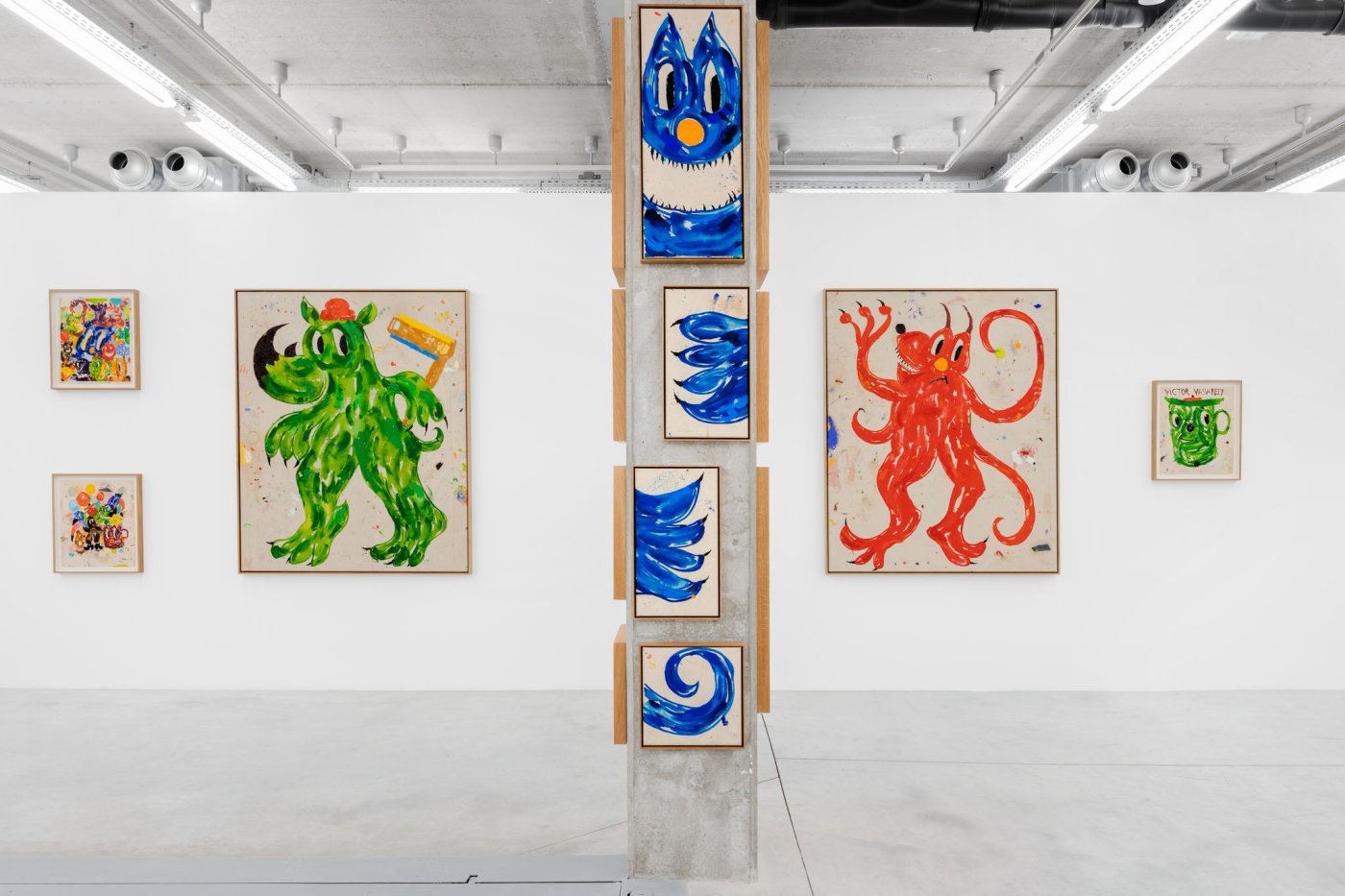 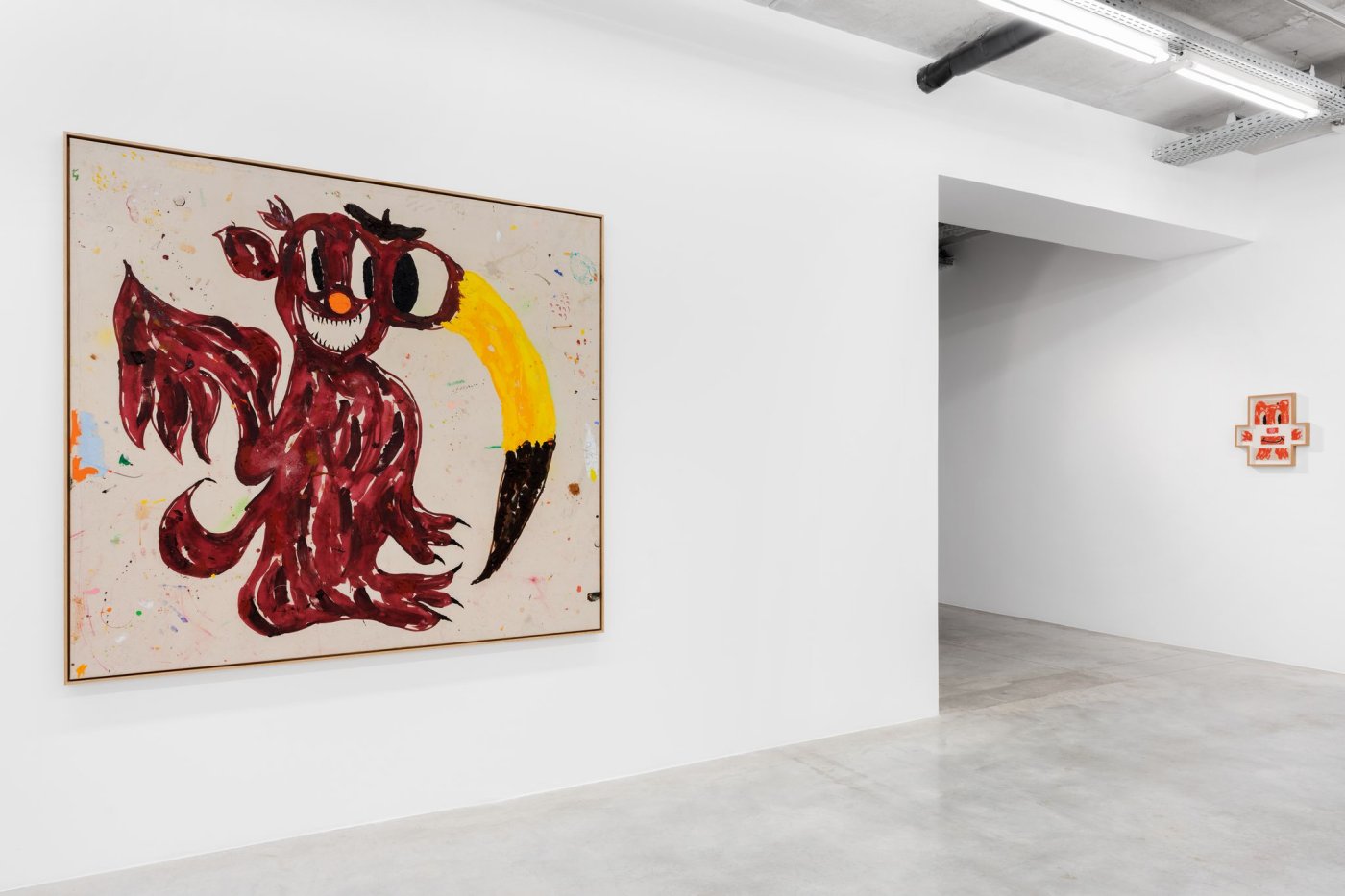 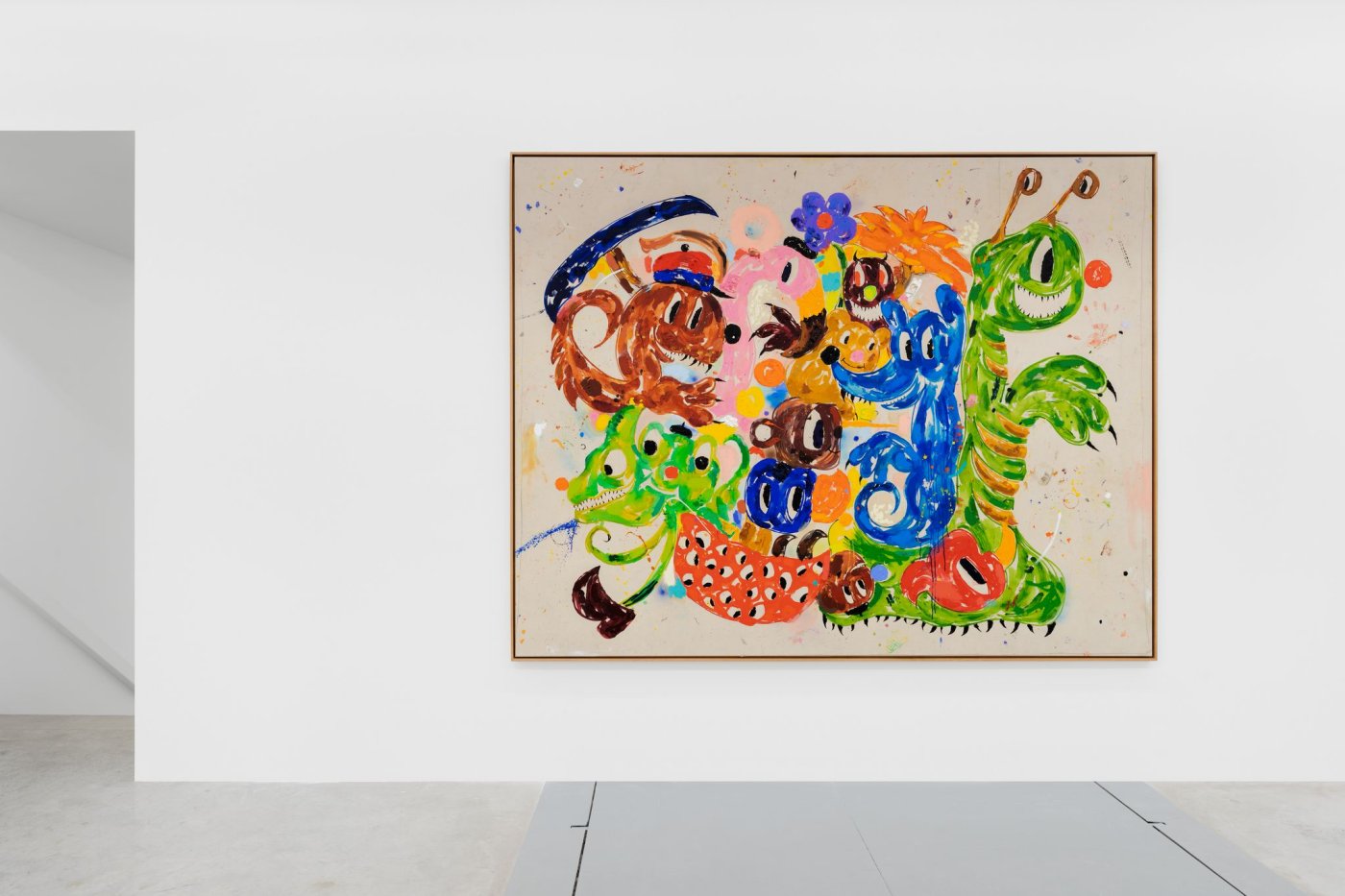 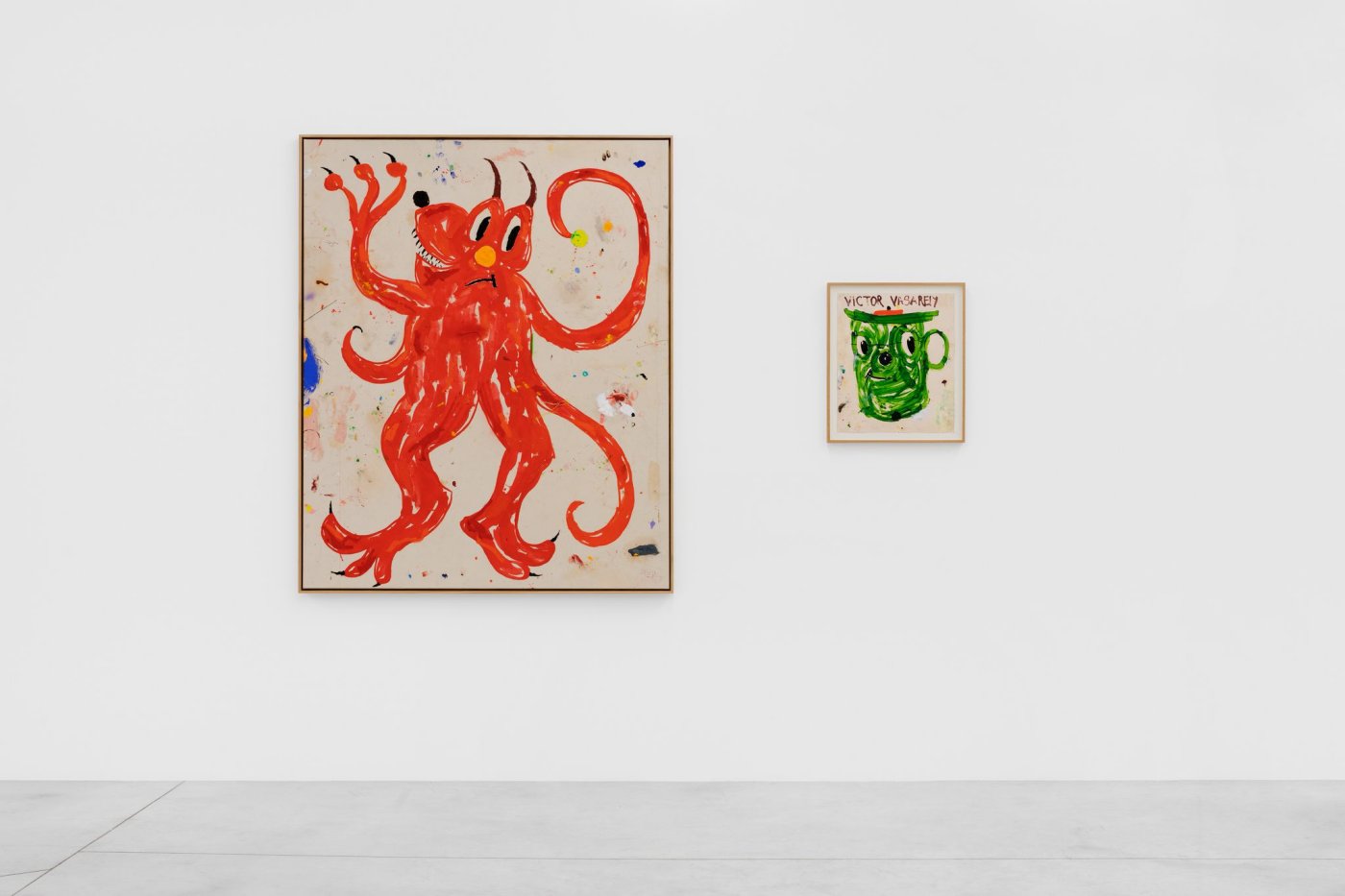 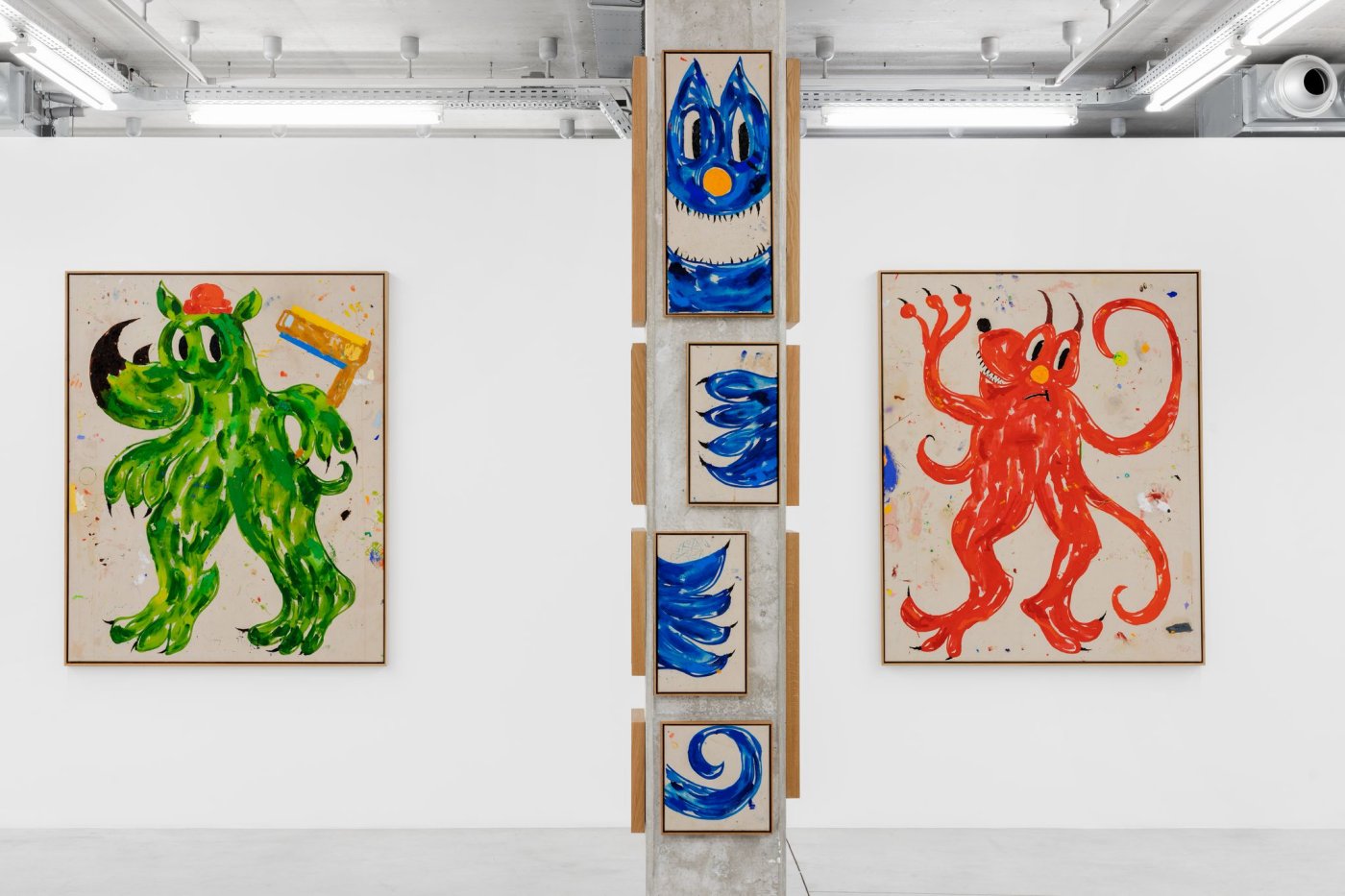 Marvelous characters populate the canvases of Bozó’s paintings. A panoply of monsters and spirits alternately charm and unsettle their viewers as they gaze from limpid eyes or bare their sharpened teeth. From Krampus to a snail god, the origins of many of Bozó’s creatures derive from the rich, folkloric mythology and tradition of the artist’s native Hungary. The vivid imagery of these stories was reinforced for Bozó growing up in Hungary in the late nineties and early aughts, when animation studios proliferated and cartoons flourished in the country following the 1989 fall of Communism. These cartoons, and particularly those produced by the famed postwar studio Pannónia, indirectly inform Bozó’s aesthetic.

Raised in the town of Pécs, Bozó became familiar early on with the festival of Busójárás that takes place annually in nearby Mohács prior to the beginning of Lent. Akin to Carnival, Busójárás marks a chasing away of the winter season by elaborately-costumed, ferociously- masked cavalcades who march through the streets, waving noisemakers and interacting with the crowds. Bozó draws from the iconography of these traditional costumes and reinvents it in his quixotic canvases. A Kereplő Orrszarvú (The Clapper Rhino) (2021), for instance, reimagines the devilish masks worn by masqueraders in the face of a mischievous green beast wielding a signature noisemaker in one clawed paw. The gestural brushstrokes composing the brute, as well as the spare marks and paint drips that fleck the painting’s background like hieroglyphs allude to an affinity with the postwar avant-garde, and especially the Abstract Expressionists, just as much as the impish eyes suggest a consonance with the graphic sensibilities of 1980s street artists.

A centerpiece of the show is A Krampusz Ölelése (The Hug of the Krampus) (2021) a multi- pieced work that will hang assembled from a central column of the gallery’s exhibition space. Composed of fourteen separate canvases, the work depicts a grinning creature wrapping itself around the pillar. Krampus, perhaps one of the most well-known characters of Hungarian folklore, is a devilish figure who appears to frighten misbehaving children around the Christmas holiday season. In Bozó’s version, the patchworked being appears to offer a somewhat friendlier persona, though its dozens of pointy, sharpened teeth still give one pause about accepting its hug. There is a sly humor fundamental to Bozó’s work as the viewer negotiates whether or not to trust the enigmatic smiles of his characters.

Also on view is A Csigák Istene (The God of Snails) (2021), one of several canvases that breaks the format of depicting a single creature, and instead portrays a crowd of cartoon animals who seem to move together in that spirit of carnivalesque procession. Heading up this tangled cast is the outsize snail of the title. Bozó has given him a bulbous red nose, sharp talons and that distinguishing grin as he carries on his back—instead of a shell—an array of wildlife that are almost, but not quite, recognizable. Along with others, a two-headed mouse and a flamingo with worried expression reside alongside a blue, foxlike creature and a many-eyed beast of indeterminate nature—a teeming, fantastical jungle that fills the canvas as much as it does the viewer’s imagination.