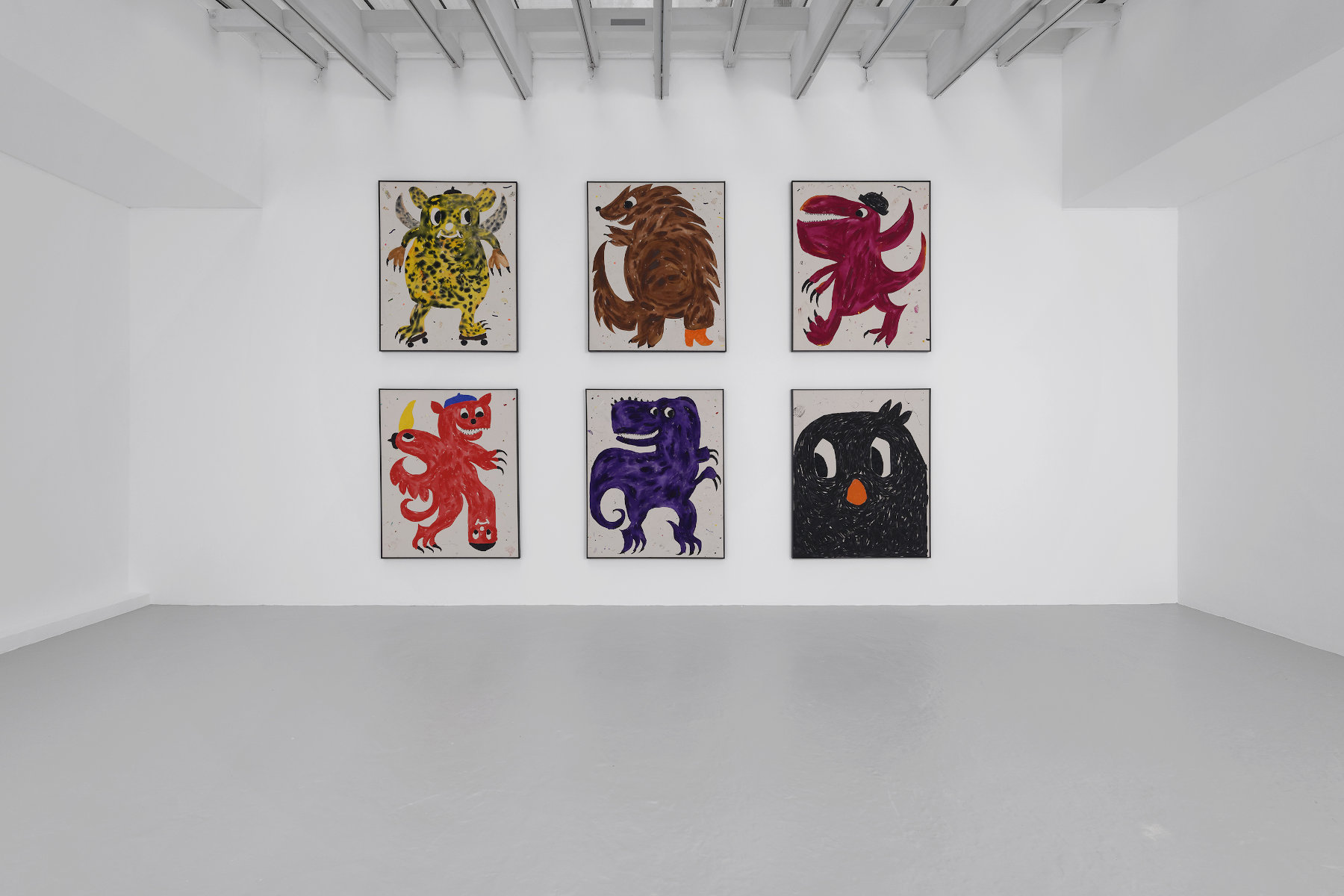 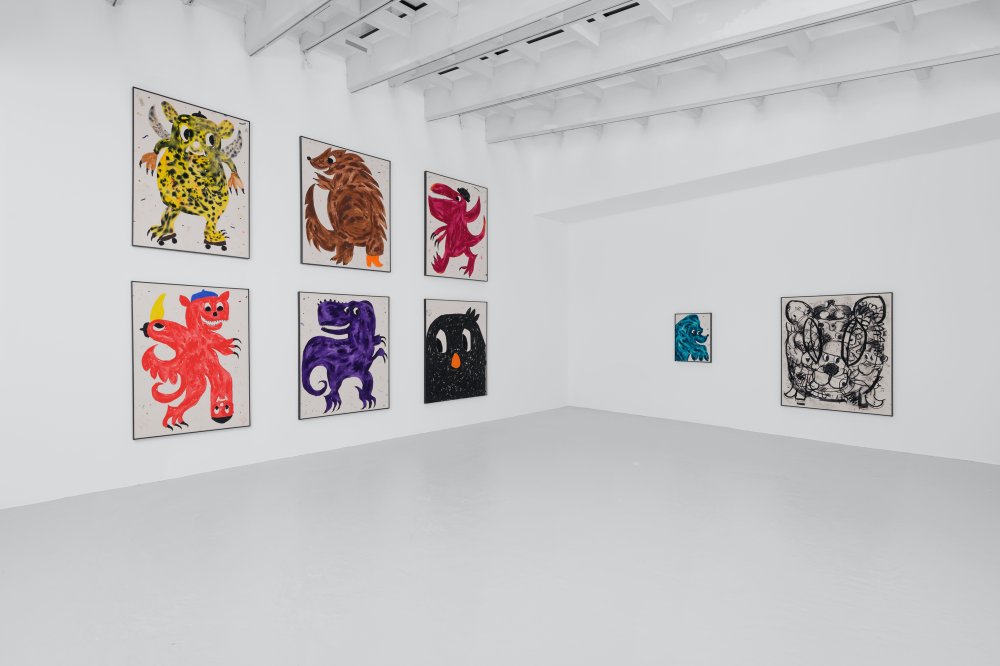 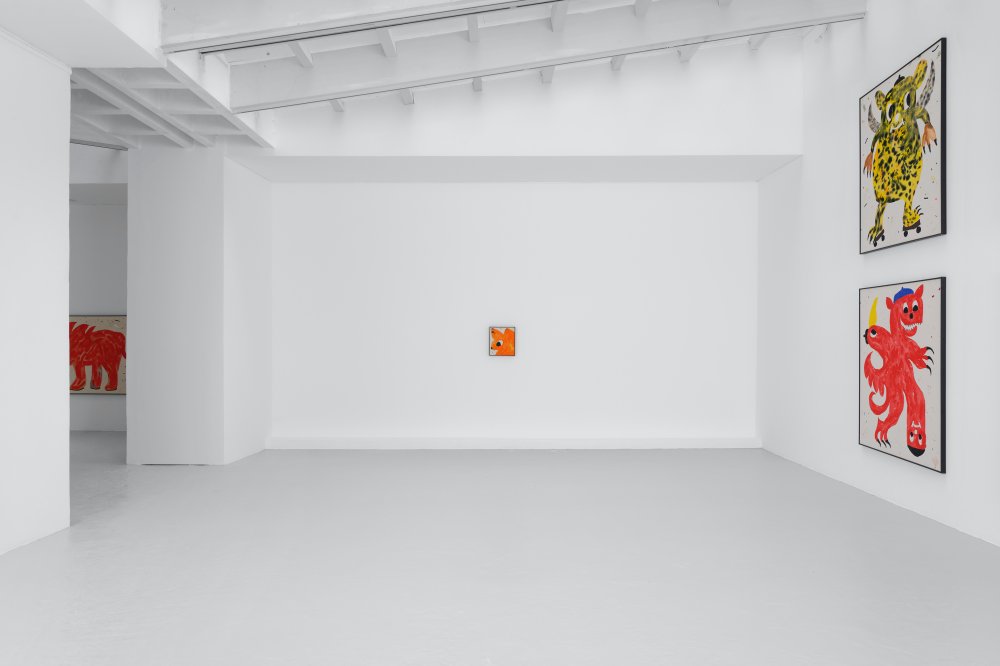 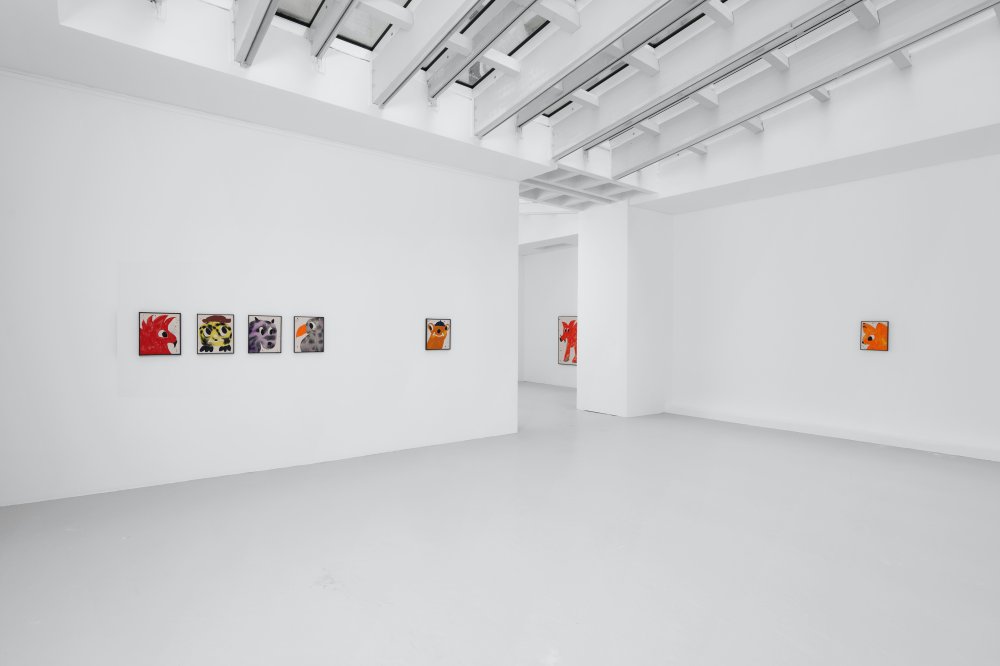 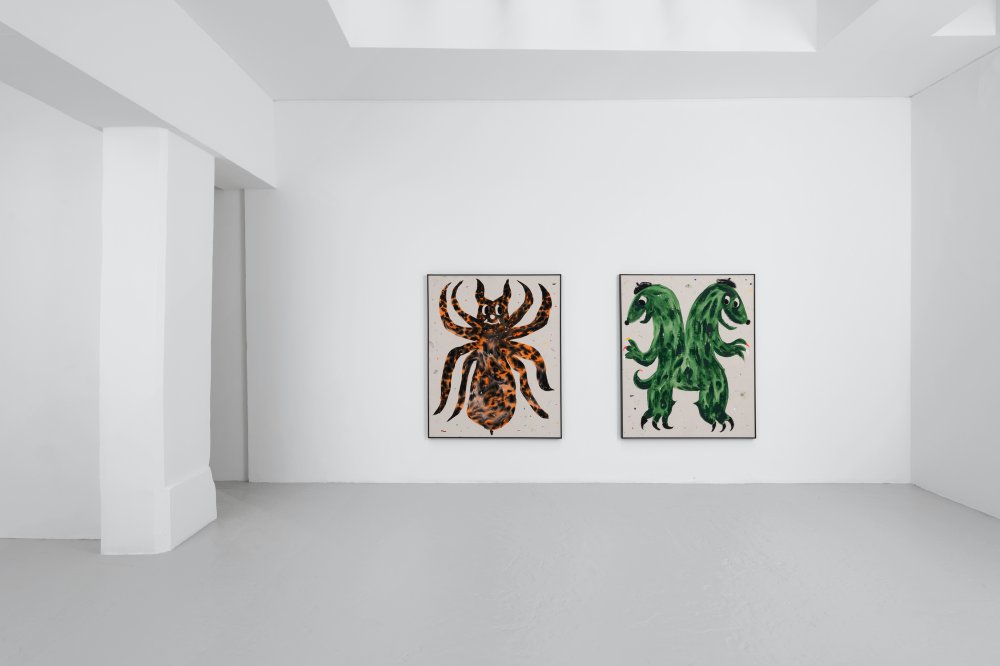 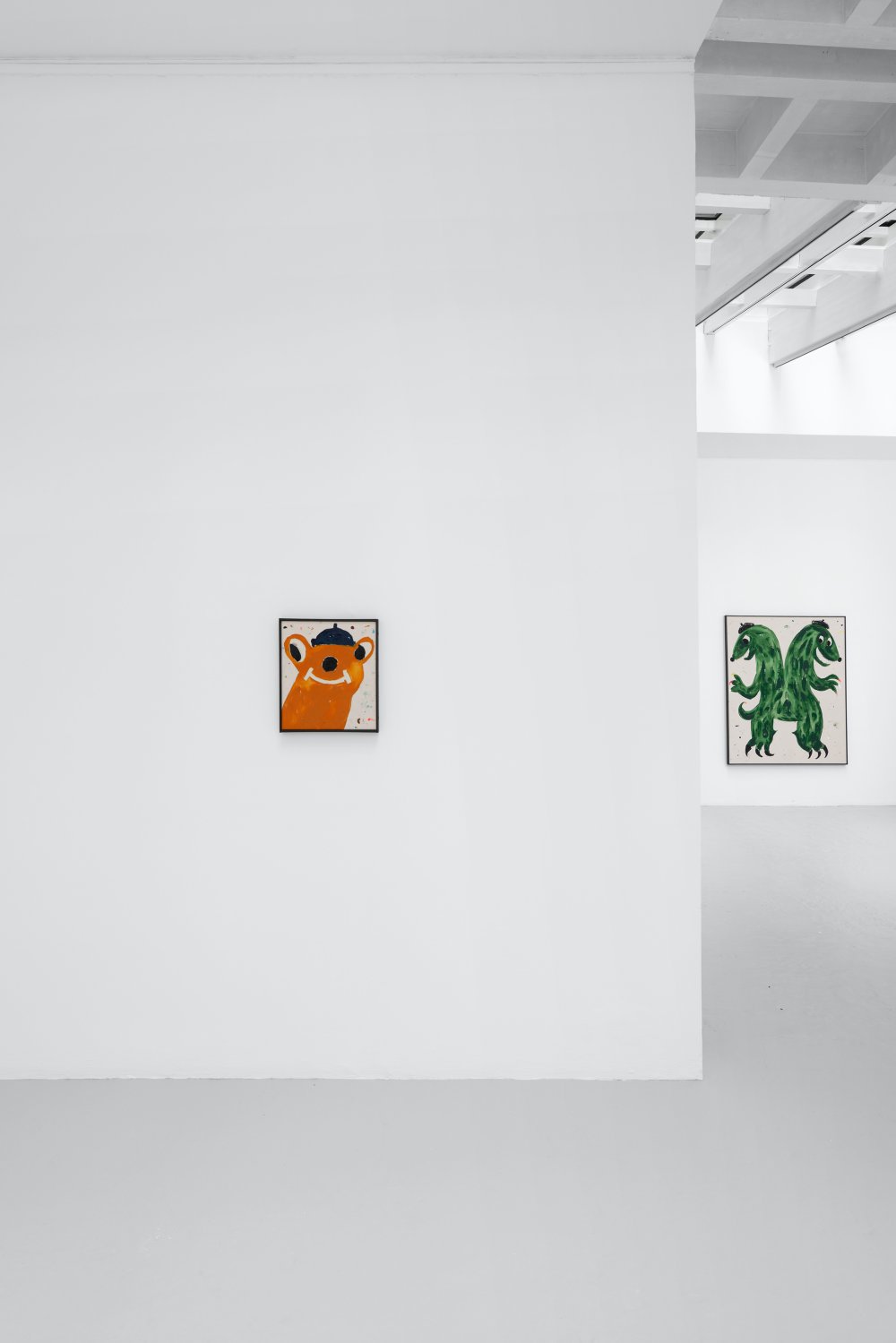 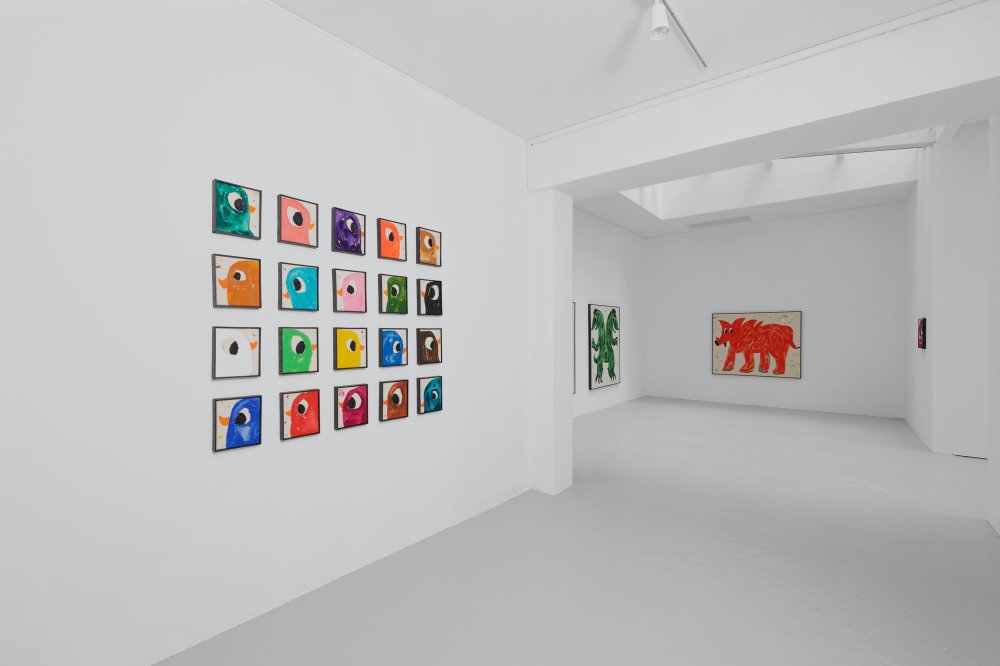 What is art for, what can it do, what’s the point of it all? These are the sort of idle questions that get batted around in normal times, but from the vantage point where I write these words—in New York City, a little over a week into the self- isolation required by the raging COVID-19 pandemic—they take on a renewed resonance. It’s a moment in which the feverishly original paintings of Szabolcs Bozó suddenly become an antidote to that daily thrum of anxiety; when what we might expect, or even demand, of art is simply an affirmation of our own aliveness, a howling declaration of persistence in the midst of absurdity and fear.

Bozó’s work is so many things. It’s silly, goofy, lighthearted, precious, eager to be admired, if not outright cuddled—but also deadly earnest in its painterly ambitions, in the way it translates and elevates the intuitive, childlike gesture. I’m not surprised that Bozó traces his inspirations not to academic theories of art, but rather to personal experience. In terms of style, he nods to teenage years spent perfecting his breakdancing chops: “I always loved it when someone was able to do a very difficult move, and yet made it look effortless and easy.” As to why he tends to paint fantastical animals rather than human beings? Bozó once tended bar in London, and like any service industry gig, that meant putting up with fickle demands and hostile attitudes. It was easier, in his art, to leave that all behind—to self-invent a world beyond this one, a place where such petty concerns simply didn’t exist.

Bozó is part of a younger guard of artists who, for purposes of nostalgia or simple freedom, are looking anew to the aesthetics of images made by, or for, children. In this sense he has a certain sympathy with painters like Brian Belott, Leonhard Hurlzmeier, or perhaps Robert Nava. But while other artists might co-opt certain styles for other purposes—to sneak in coded political messages, or ruminations on everyday violence—Bozó’s practice strikes me as somehow purer, with no ulterior motives. Baby ducks, bears, dinosaurs, and other less- easy-to-define creatures smile, jiggle, and dance their way across the canvas. They ride inside strange vehicles or, in some cases, join forces to create entirely new modes of transportation. What more can we ask for right now than images of such joyous cooperation?

In another series of large-scale paintings, which tend to be more monochromatic, a swirl of faces and figures are packed in tight together—a confusion of eyeballs, noses, smiles. These individual attributes become happily muddled; it’s impossible to figure out where one critter ends and the next begins.

Elsewhere, solo protagonists shimmy and strut before backdrops that are mostly bare, perhaps lightly sullied by a smudge or drip of paint. In the studio, Bozó drapes his canvas on the floor, filling in his figures like characters in “a giant coloring book.” Rather than even, solid planes of pigment, he opts for a looser hand. In this way the green skin of an elephant, or the blue flesh of an octopus, become mottled, each inch an abstract play of chance and pattern.

I can’t think of a better suite of companions then this artist’s gleeful menagerie. Somehow Bozó finds a way to marry the intensity of serious painting with an unpretentious, unfiltered innocence: prehistoric cave drawing meets Joe Bradley meets the beloved children’s illustrations of Roger Hargreaves.

It’s enough to make even the saddest penguin smile.