David Zwirner presents new work by American artist Suzan Frecon at the gallery’s 24 Grafton Street location, marking her eighth solo exhibition with the gallery and the first major presentation of her paintings in London. On view are new large-scale and midsized canvases that elaborate on the artist’s enduring investigation of painting, as well as her richly textured paintings on paper. 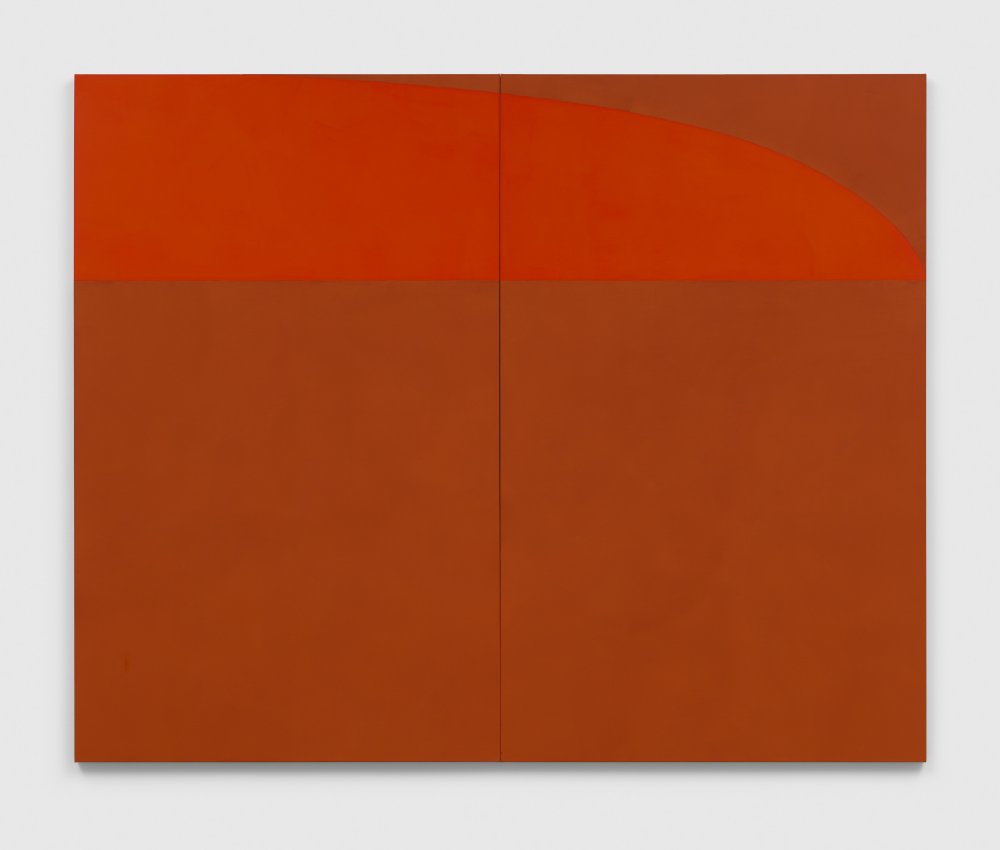 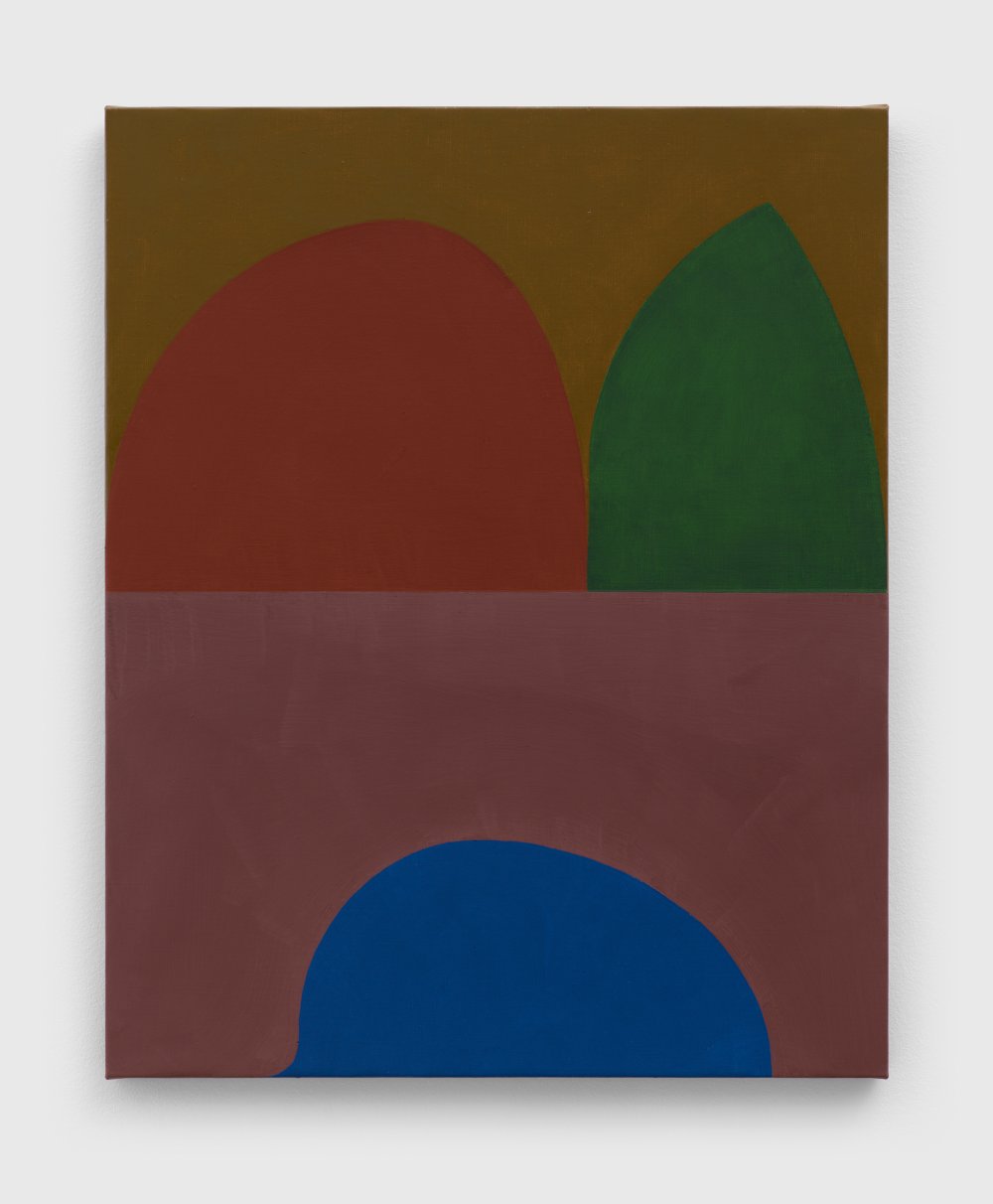 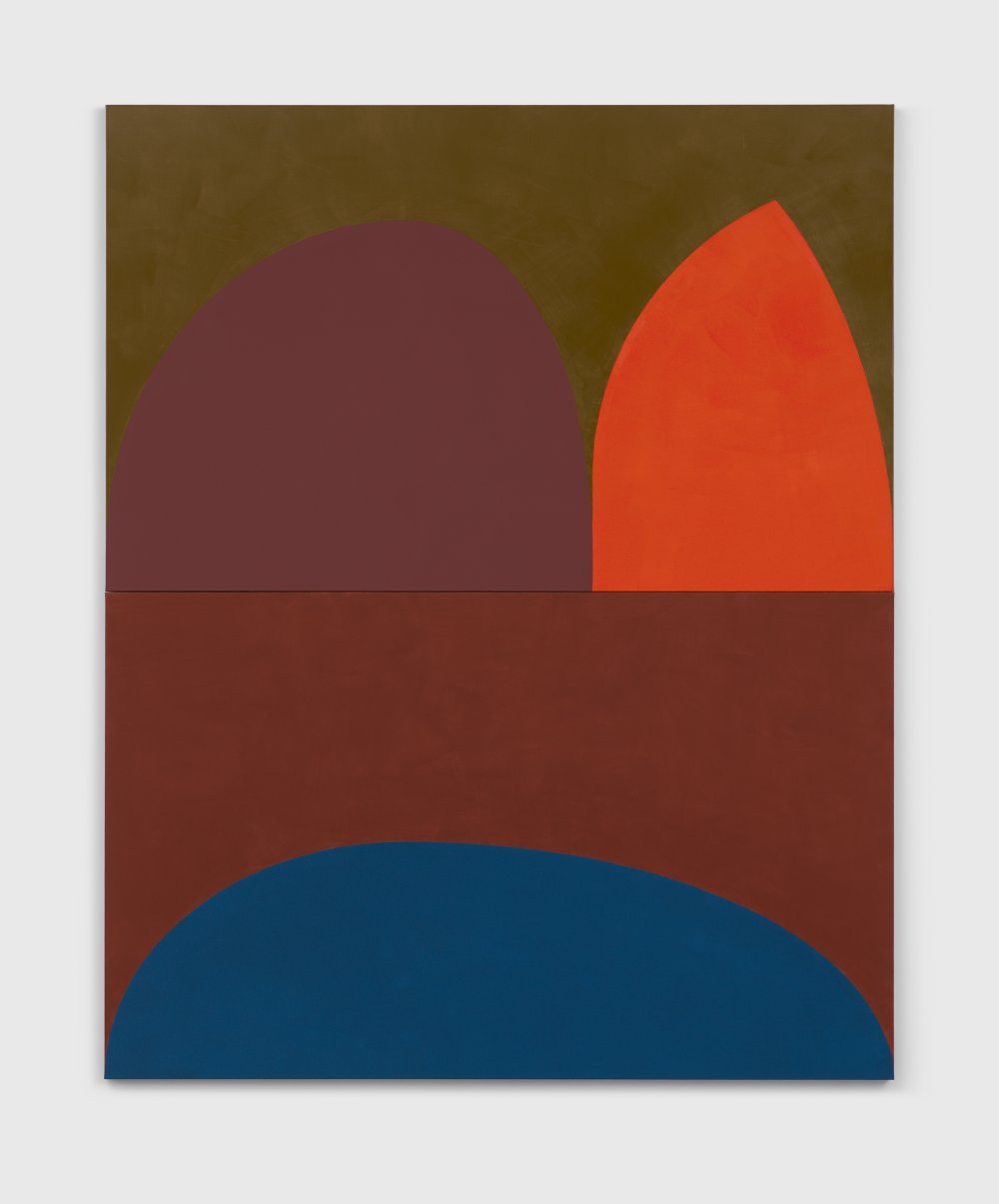 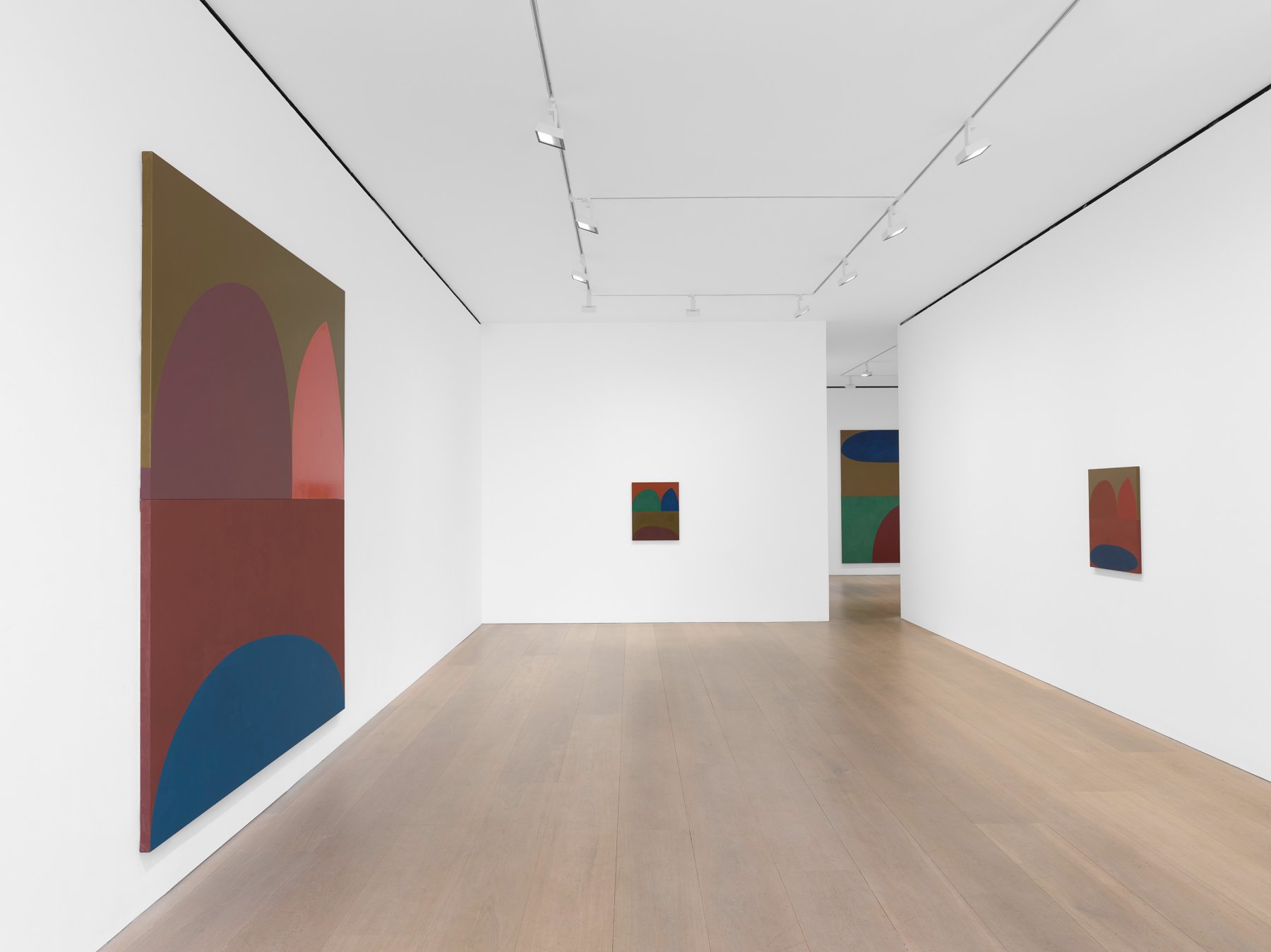 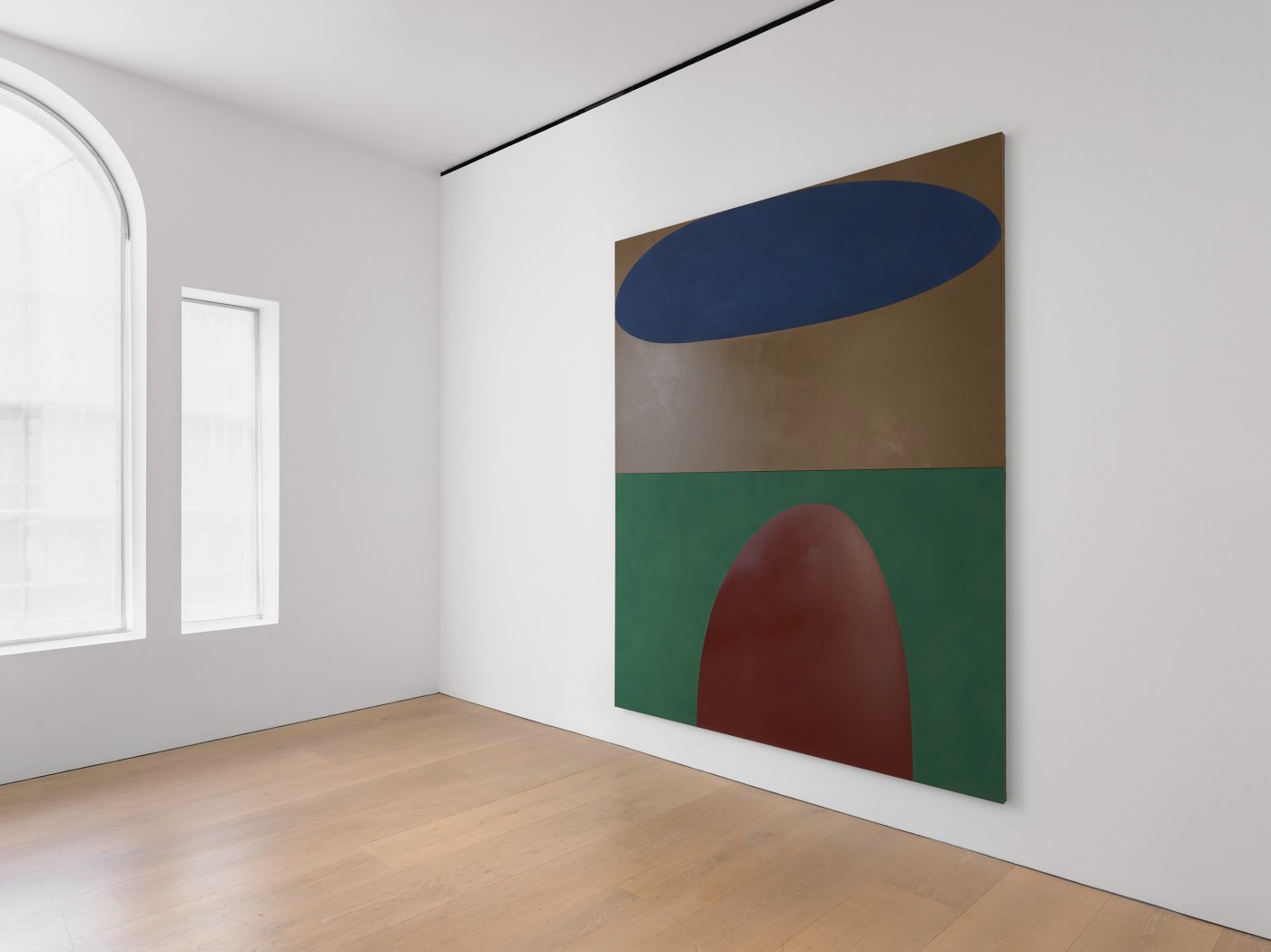 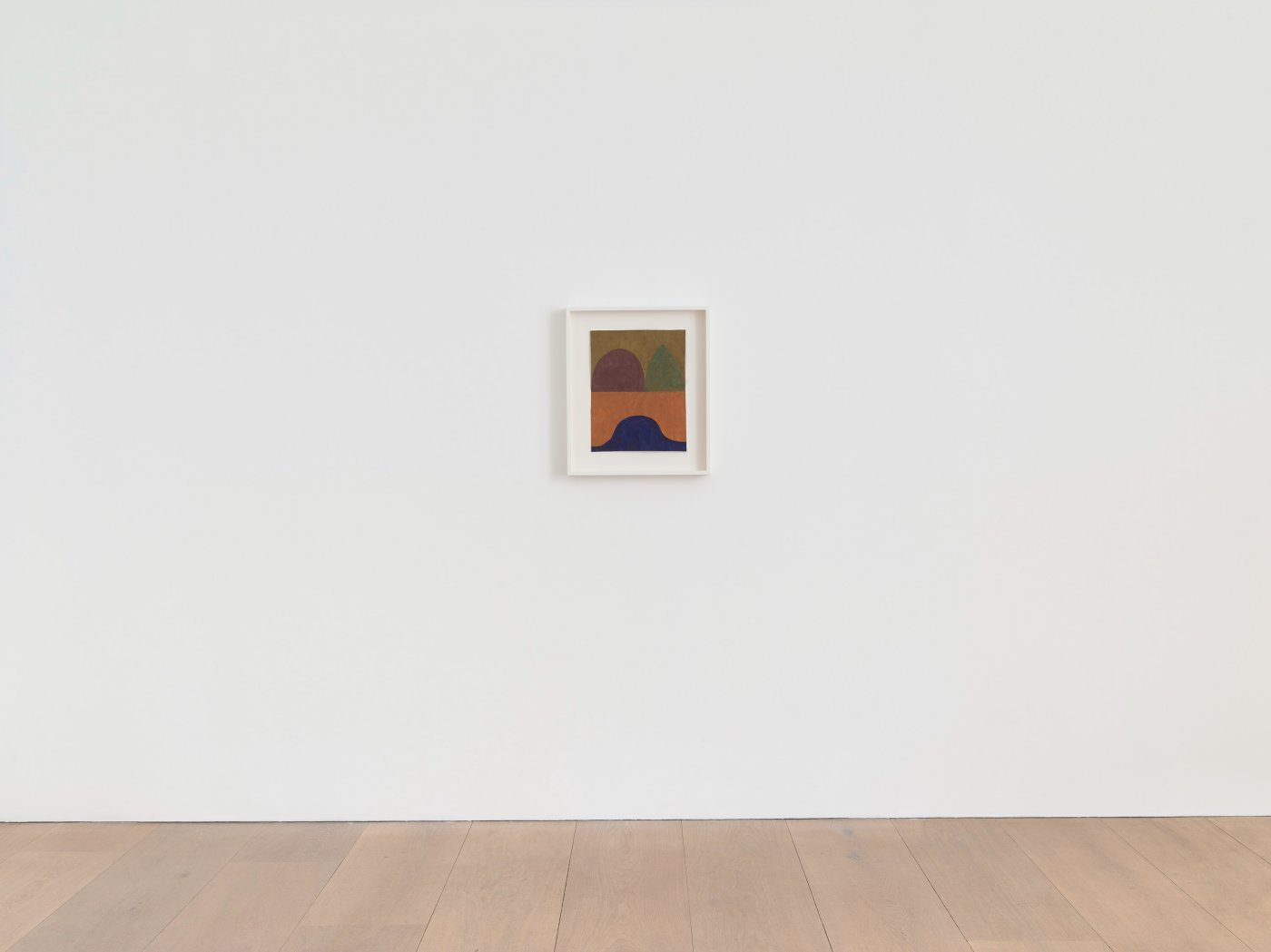 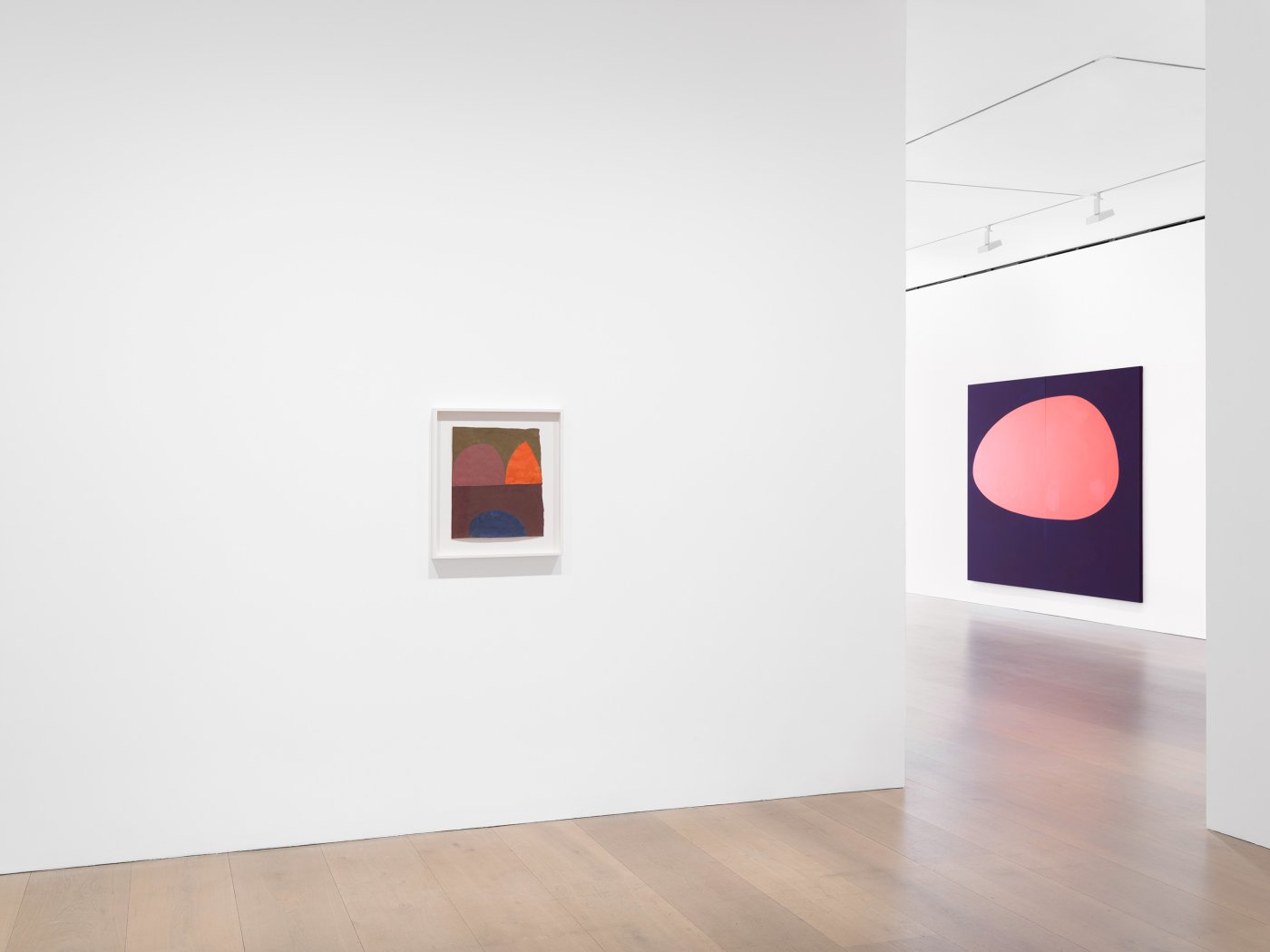 Frecon is known for abstract oil paintings and works on paper that—as she notes—‘speak for themselves.’ Made over long stretches of time, her work invites the viewer’s sustained attention: these, she says, ‘are not pictures that you look at. They are paintings that you experience.’ (1)

In Frecon’s paintings, composition serves as her foundational structure, holding colour, material, and light; her compositions are characterised by asymmetrically balanced forms in precise spatial and proportional relationships that she measures in advance according to geometric ratios such as the golden mean. However, she has noted, ‘I use measurements for visual reasons, to achieve an unbalanced equilibrium.’ (2) The artist mixes pigments and oils to differing effects, and the visual experience of her work is heightened by her almost tactile use of colour and contrasting matte and shiny surfaces. Colours and surfaces vary in terms of density and reflectivity, and Areas in the compositions frequently shift between dark and light. Figure can become ground and ground can become figure in, as the artist defines it, a back-and-forth of full and empty space.

As art historian Richard Shiff notes: ‘Within a fantasia of color, Frecon suspends the force of her structure. Offsetting the unseen mathematical foundation, her visible surface is organic and irregular, as if she were working against herself.… Her paint, especially along ellipsoidal contours, develops an uneven appearance due to the distribution of the pigment and its oil binder as she works the material against the resist of the linen. Add to this the transient effects of ambient light from which Frecon’s surfaces are designed to benefit, and what began as a logical geometrical structure has become suspended in a web of living sensation.’ (3)

Frecon’s continued interest in the possibilities afforded by variations of ongoing compositional motifs and scales is evident in the works on view, which manifest incremental changes in her ongoing “cathedral” series (which began to evolve in the early 2000s). Related by their compositional structure, these works vary profoundly from painting to painting in terms of the effects of their individual colour combinations, as well as their distinct degrees of luminosity, scale, and surface variation. Among these, Ilibre vermell (2021) combines two panels which contain the base composition. From this bedrock structuring are built the relationships of colour, paint, and light within and on the painting materials. In the upper panel, two vertically oriented forms of differing sheens carry deep burgundy and bright vermilion, surrounded by a radiant, golden sienna; below it a panel with a horizontally oriented, arced blue form is surrounded by sparsely painted reddish-violet earth. Whereas cant de la sibilla (for Glenn) (2021) examines a related composition with distinct colour combinations and in smaller scale. Other paintings in the show include those such as hot, and dark lumiere (2020), in which a brilliant bright pink ovoid, composed of four irregular quadrants, horizontally across two panels, is surrounded by a deep indigo, and vermilion mummy (2020), where a thin, shiny vermillion quadrant stretches across the upper portions of two vertical panels, while a matte orange earth colour (mummy) carries the form as if in suspension.

Also in the exhibition will be richly vibrant watercolour paintings on paper, in which the compositions are often determined by engaging the relationship between paint and paper support. The artist employs agate-burnished Indian hemp and found old Indian rag ledger paper. Each sheet has its own innate character, properties, and irregular shape; its creases, holes, blemishes, and scale become an integral component of the watercolour. Yet, within Frecon’s practice, all works are considered part of the same unity, and one painting leads to another.

Ultimately, her works remain resolutely nonreferential. The play of natural light on the paint materials amplifies a visual experience that does not convey any pictorial subject but is instead a direct interaction with and manifestation of the reality of the painting itself. “Composition works with color, with surface, and with light to create an abstract visual reality that I wish to exist solely on its strength as art”, notes the artist. (4) “There is no need for the embellishment of ‘story’.” (5)

Suzan Frecon was born in 1941 in Mexico, Pennsylvania. Following a degree in fine arts from Pennsylvania State University in 1963, she spent three years at the École nationale supérieure des Beaux-Arts in Paris and studied paintings in museums throughout Europe.

Frecon has exhibited widely in the United States and internationally. In 2008, her work was the subject of a major solo exhibition, form, color, illumination: Suzan Frecon painting, at The Menil Collection in Houston, Texas, which travelled to the Kunstmuseum Bern in Switzerland. She has participated in a number of group exhibitions, such as the 2000 and 2010 Whitney Biennials.

The artist will be inducted into the American Academy of Arts and Letters in May 2022. In 2016, Frecon received the Artist Award from the Artists’ Legacy Foundation in Oakland, California.