Where history has often marginalised the female voice, Sutapa Biswas’s newly-commissioned film Lumen reinstates it, not just as mainstay of family and home but as avatar of social conscience. Autograph is supporting the commission, and in 2022 will exhibit the film at our gallery in a solo exhibition. 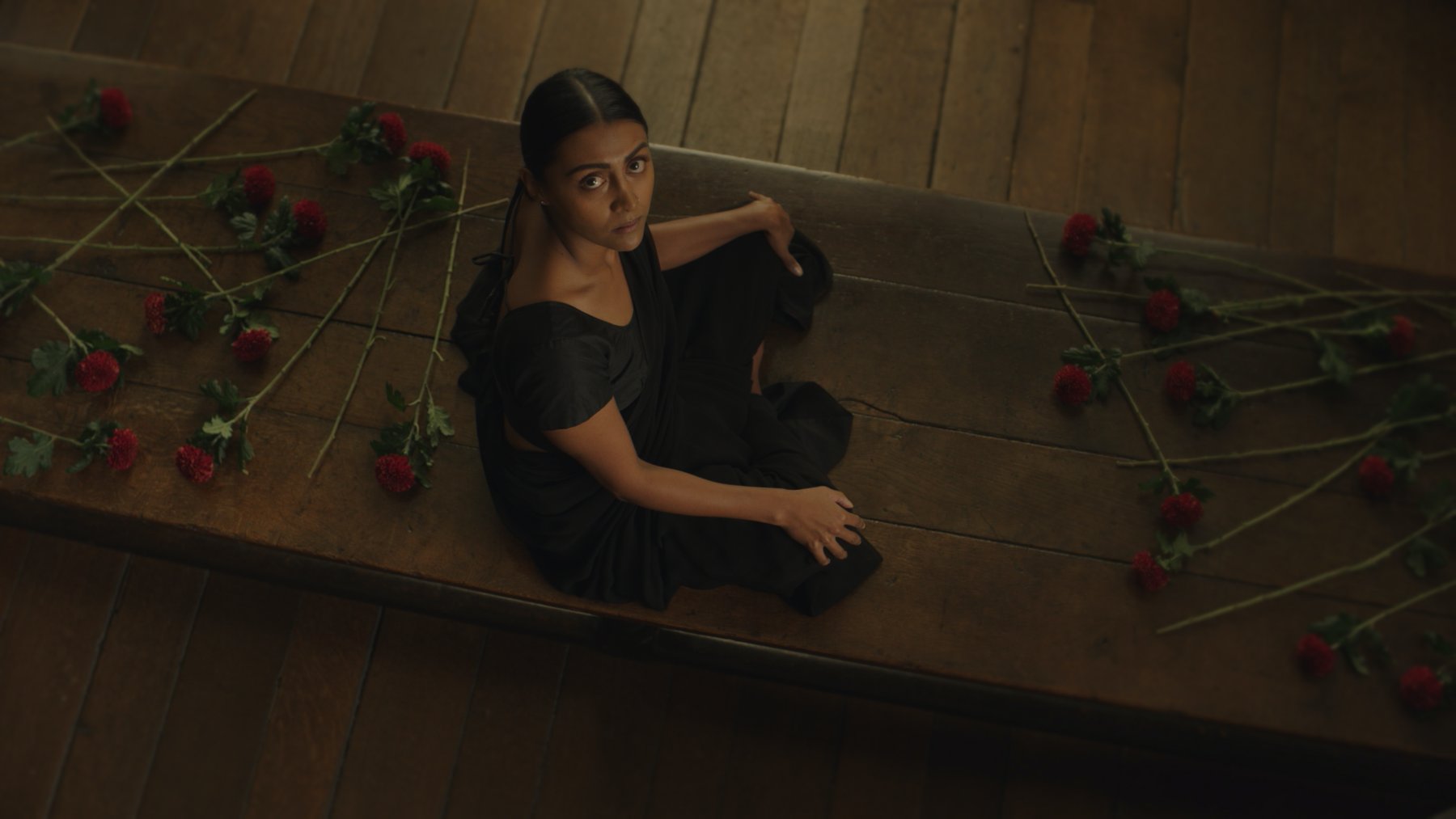 Lumen is the name for a unit of light – a gradient of radiance. It is also an anatomical term for a bodily cavity or conduit, such as an artery, along which blood flows. These two meanings converge in the metaphor of ‘light at the end of a tunnel’; an expression that helps light a way into Biswas’s Lumen, setting the scene for its fluctuations of clarity and darkness, its alternating states of euphoria and trauma, its lurches between poetry and pathology.

Mixing archive material and newly filmed footage to embellish its bravura central monologue, Biswas lends this deeply personal narrative a compelling universal resonance. Seen through a glass darkly, Lumen sheds unflinching light on the ripple effects of a complex and turbulent past.

The film begins with the story of a baby emerging from a womb, and ends on a note of departure, with its female protagonist about to embark on a journey across uncharted waters. In between, we are entrusted with a series of intimate scenes from a life, recounted in an episodic monologue whose dramatic ebb and flow is sharply illumined by flashes of memory but indelibly haunted by fears and doubts.

The journey in question is inspired by the one undertaken, six decades ago, by the Biswas family. A passage from India, an exit precipitated by the artist’s father’s political beliefs, this abrupt uprooting continued to disturb and unsettle her mother. A lament for the sights and sounds of India she and her family had to leave behind on their protracted sea voyage to England, the film is also an angry reproach of centuries of colonial rule, and its implacable incursions on domestic life.

Sutapa Biswas is an inter-disciplinary artist working across a range of media including painting, drawing, film, photography and installation. Born in India and educated in the UK, Biswas graduated with a BA in Fine Art with Art History from Leeds University in 1985. She has a postgraduate degree from the Slade School of Art and was a research student at the Royal College of Art.

Biswas first came to prominence in the mid 1980s when she exhibited following graduation in the landmark exhibition ‘Thin Black Line’ curated by the artist Lubaina Himid (Turner Prize winner 2017). A conceptual artist, Biswas’ works are shaped by her observations about the relationships between people and the places they live in. She is especially interested in how larger historical narratives collide with personal narratives. Underpinned by an interest in colonial histories and how this relates to gender, race and class, her art is nuanced by the ways in which oral narratives reveal the human condition and their relationship to our collective histories and to questions of time and space.