Parrasch Heijnen presents the gallery’s first exhibition with New Mexico-based artist Susan York (b. Newport, RI, 1951) featuring a selection of the artist’s sculptures and works on paper dating from 2007 – 2022. 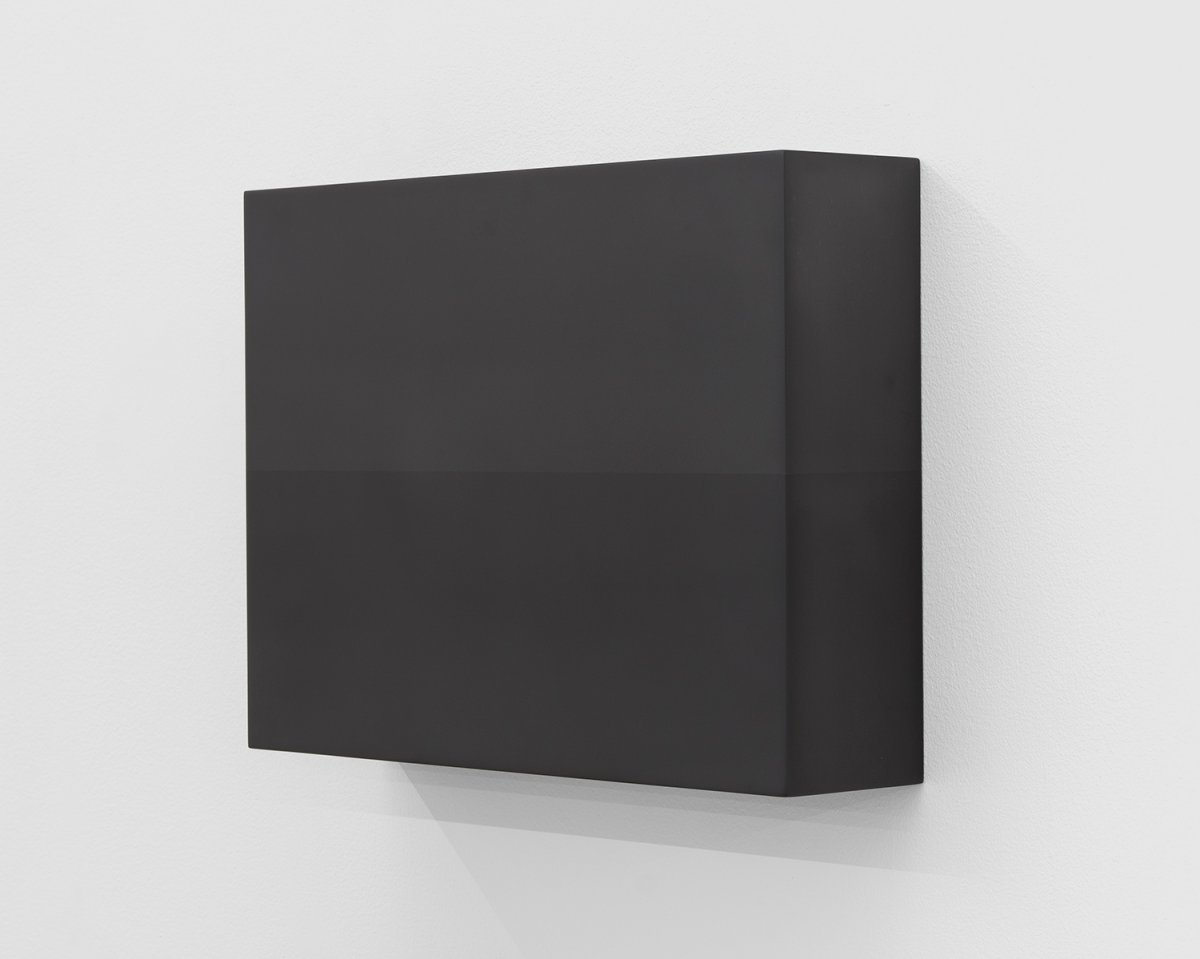 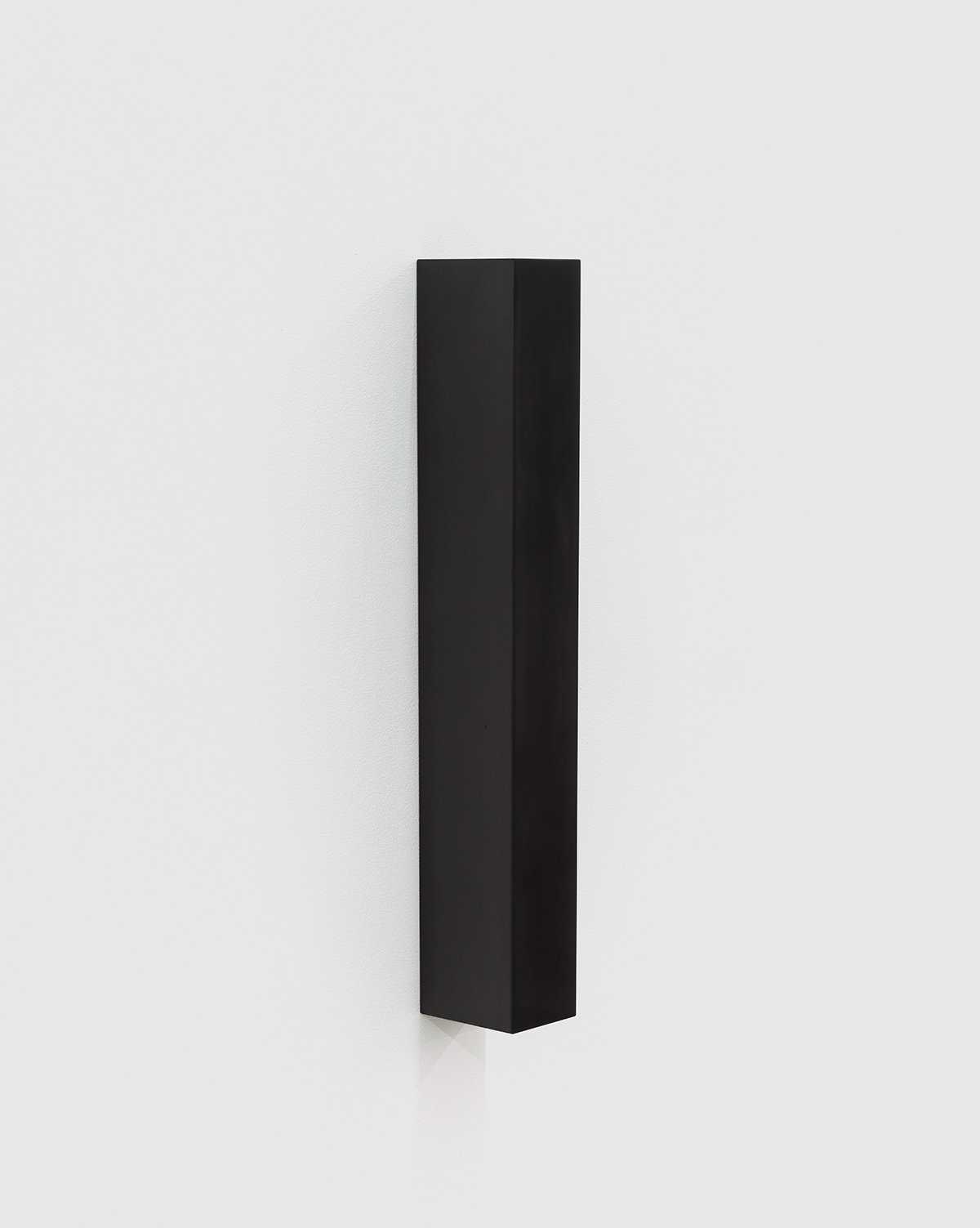 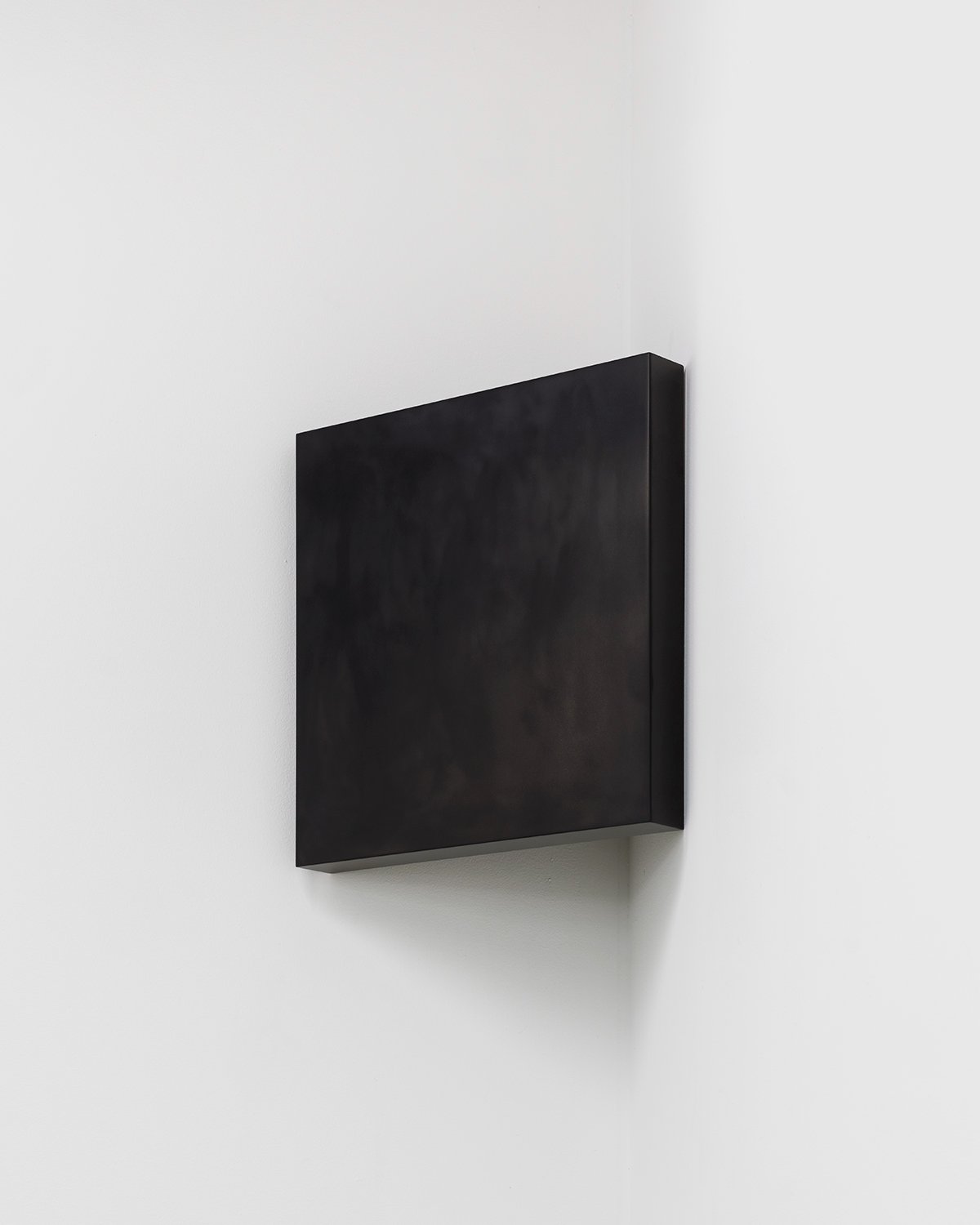 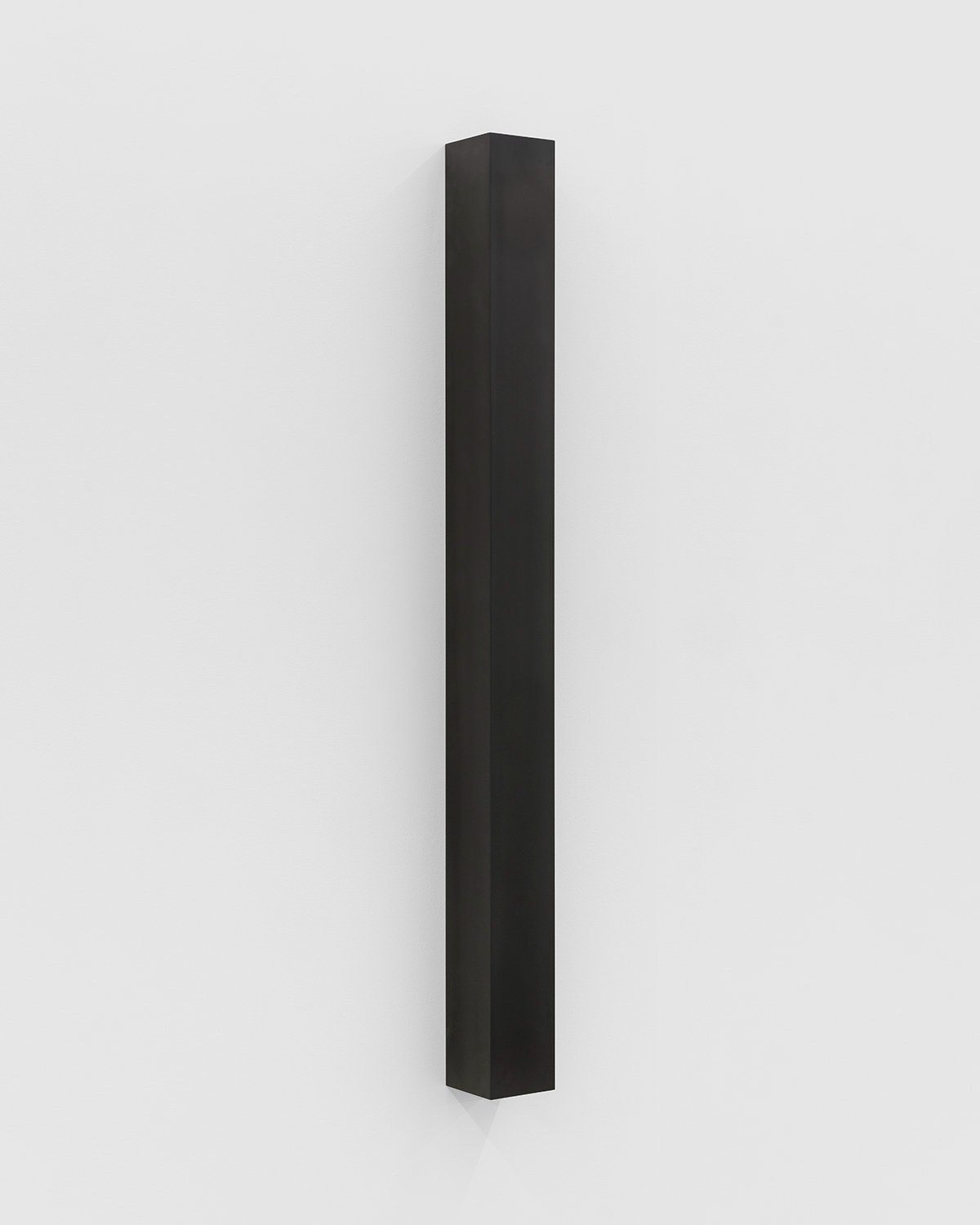 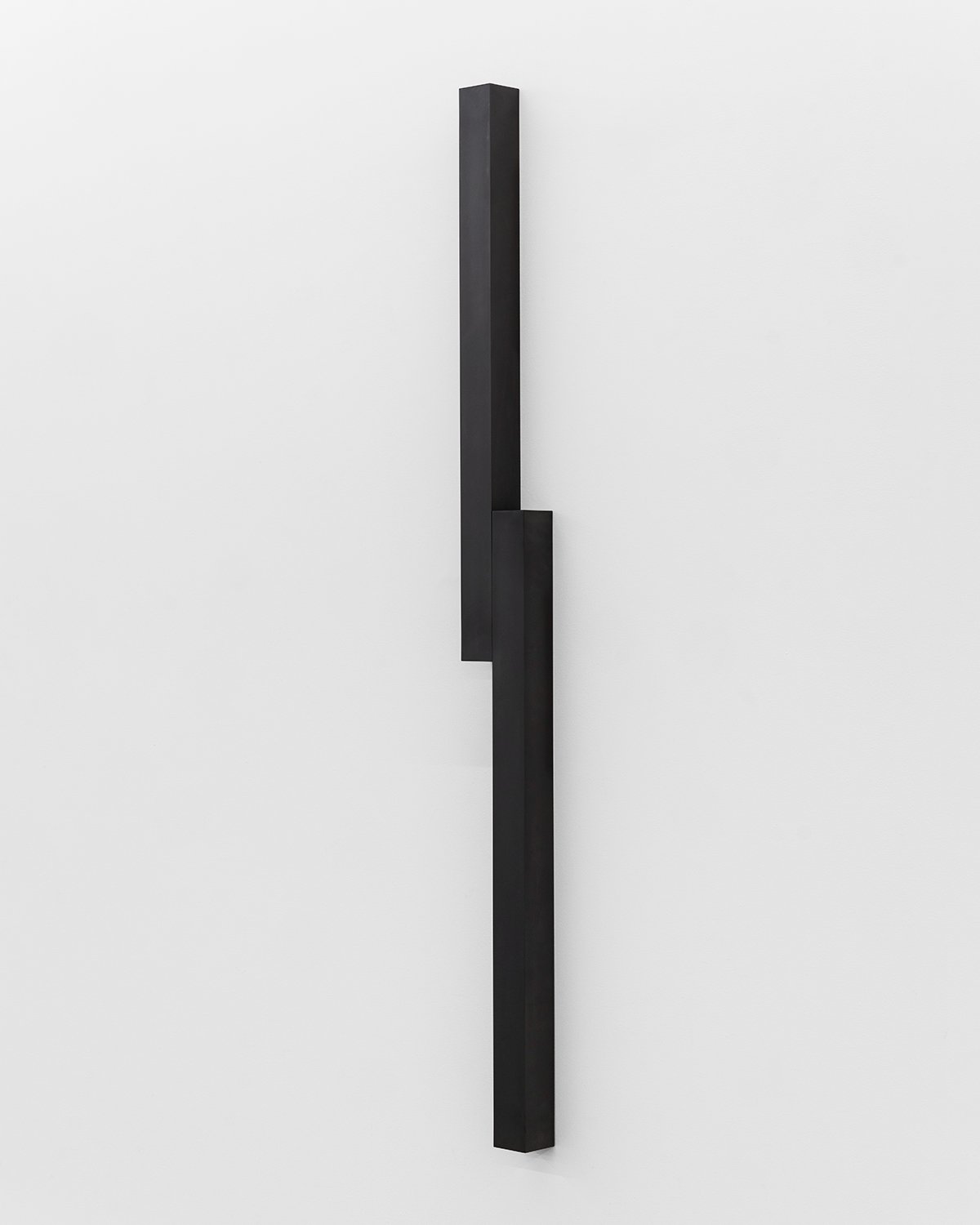 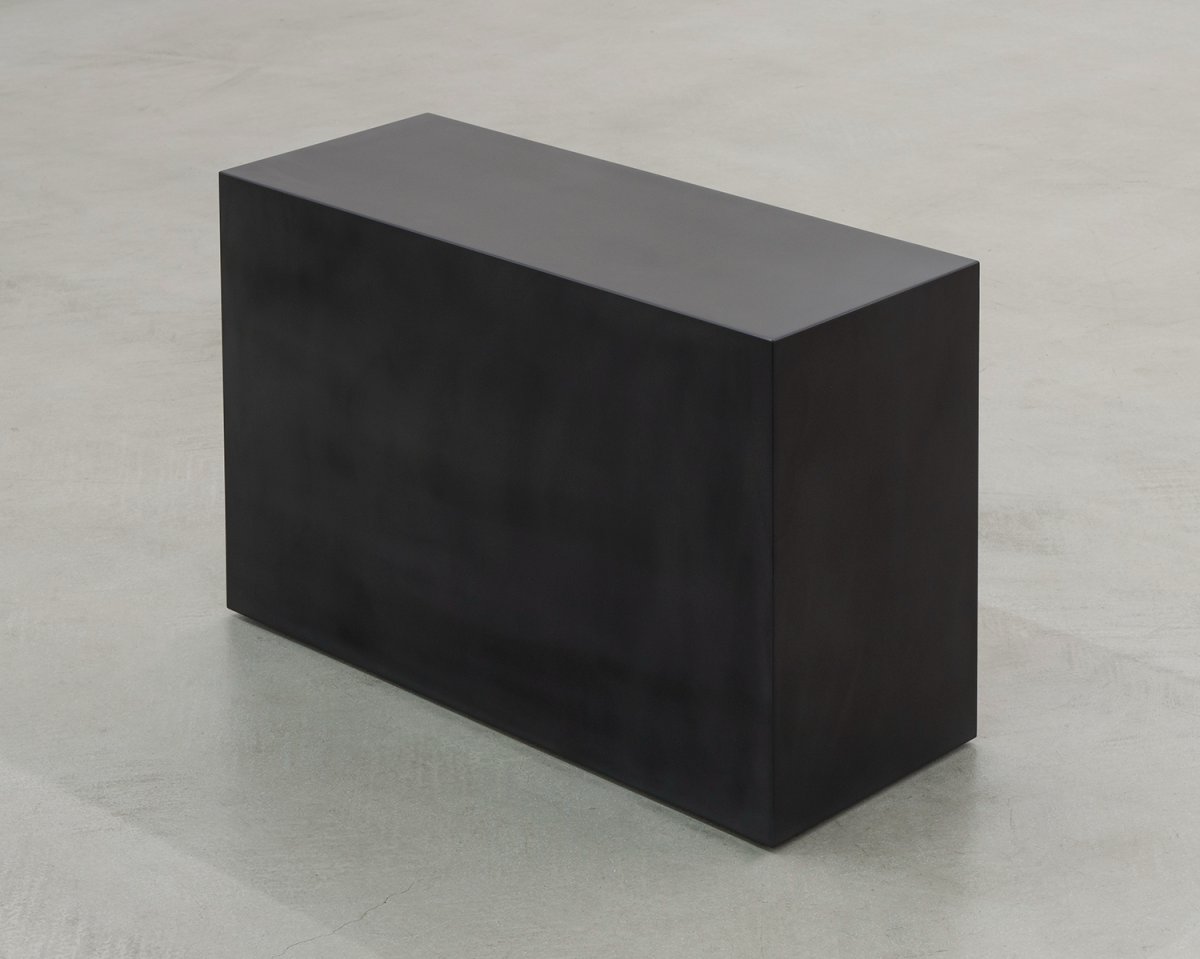 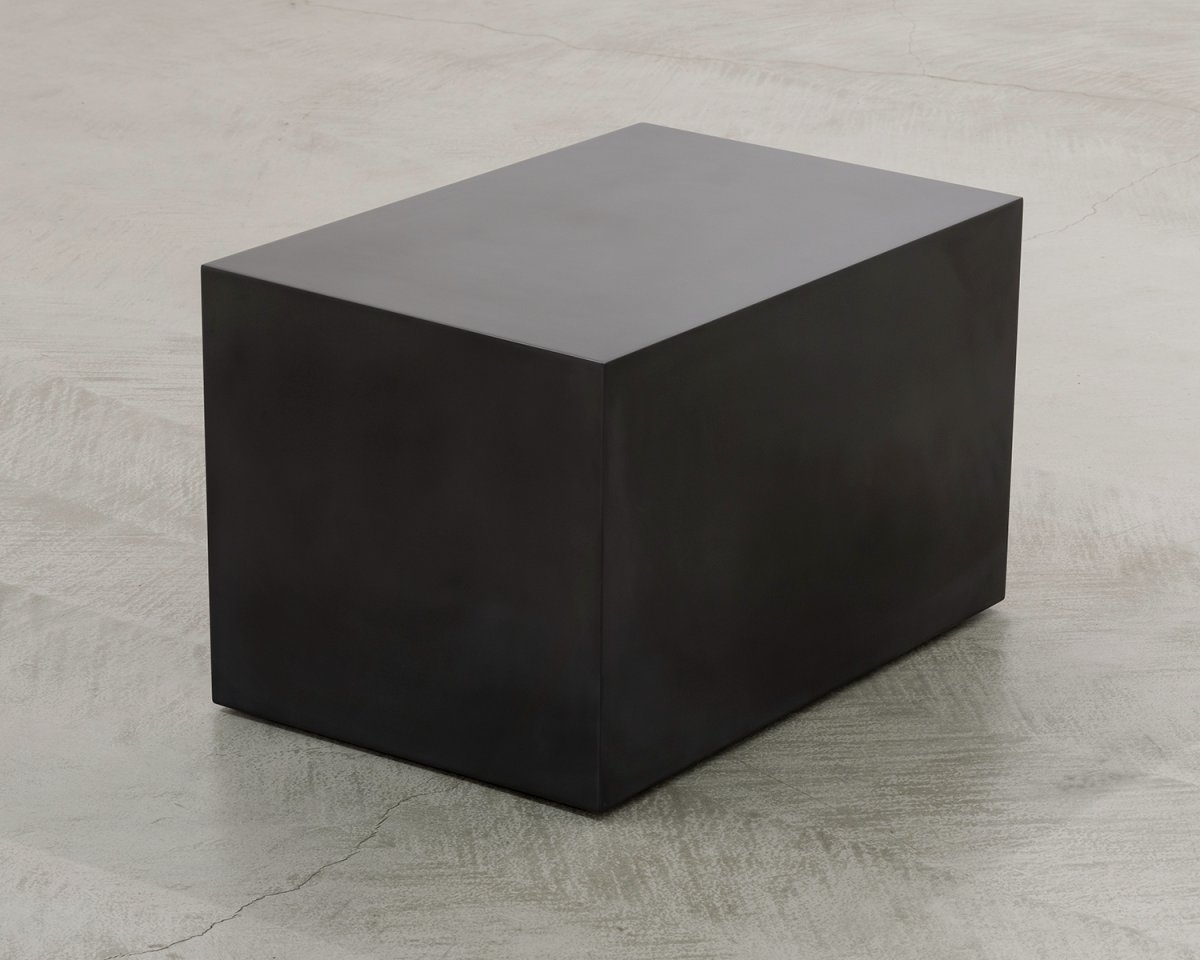 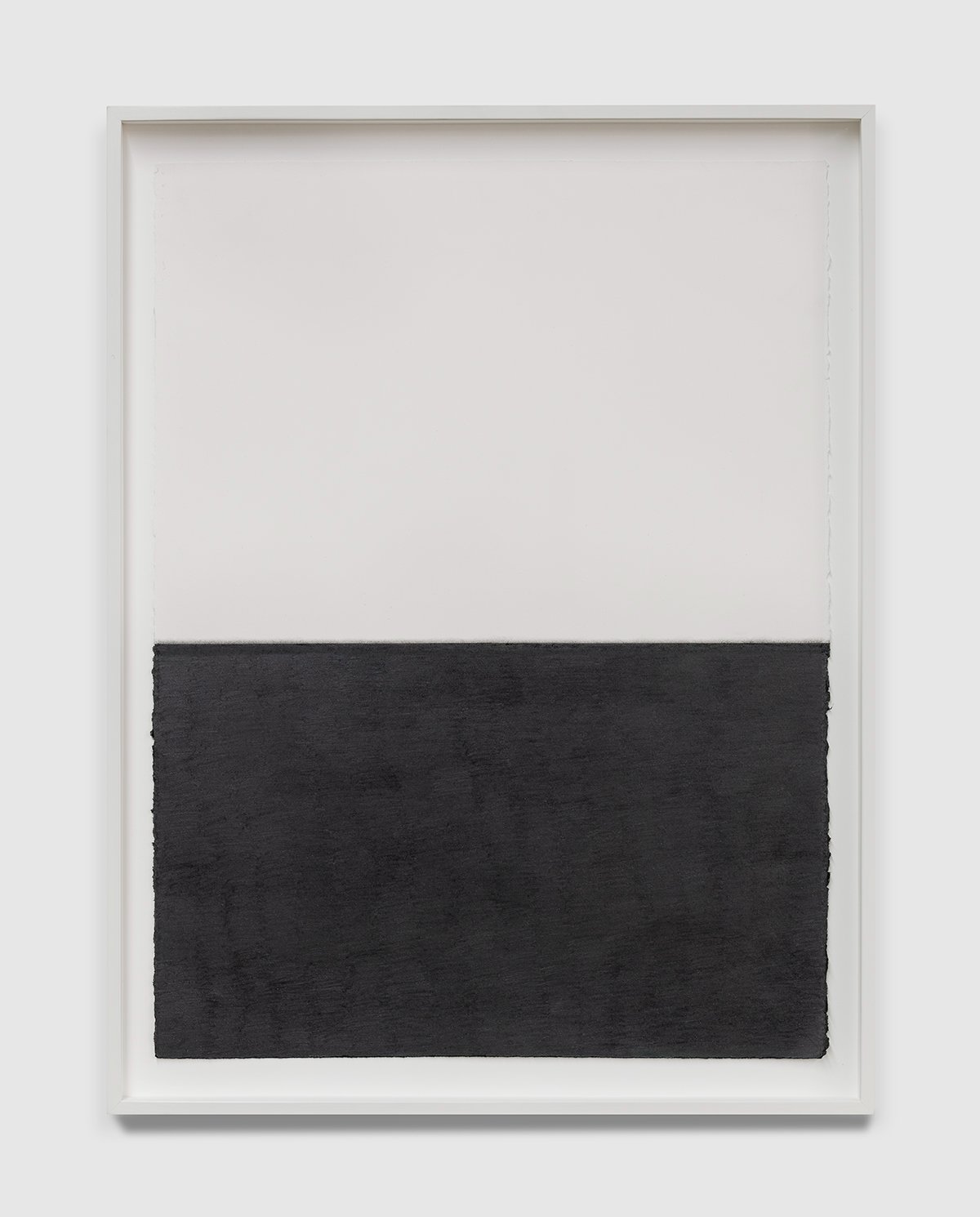 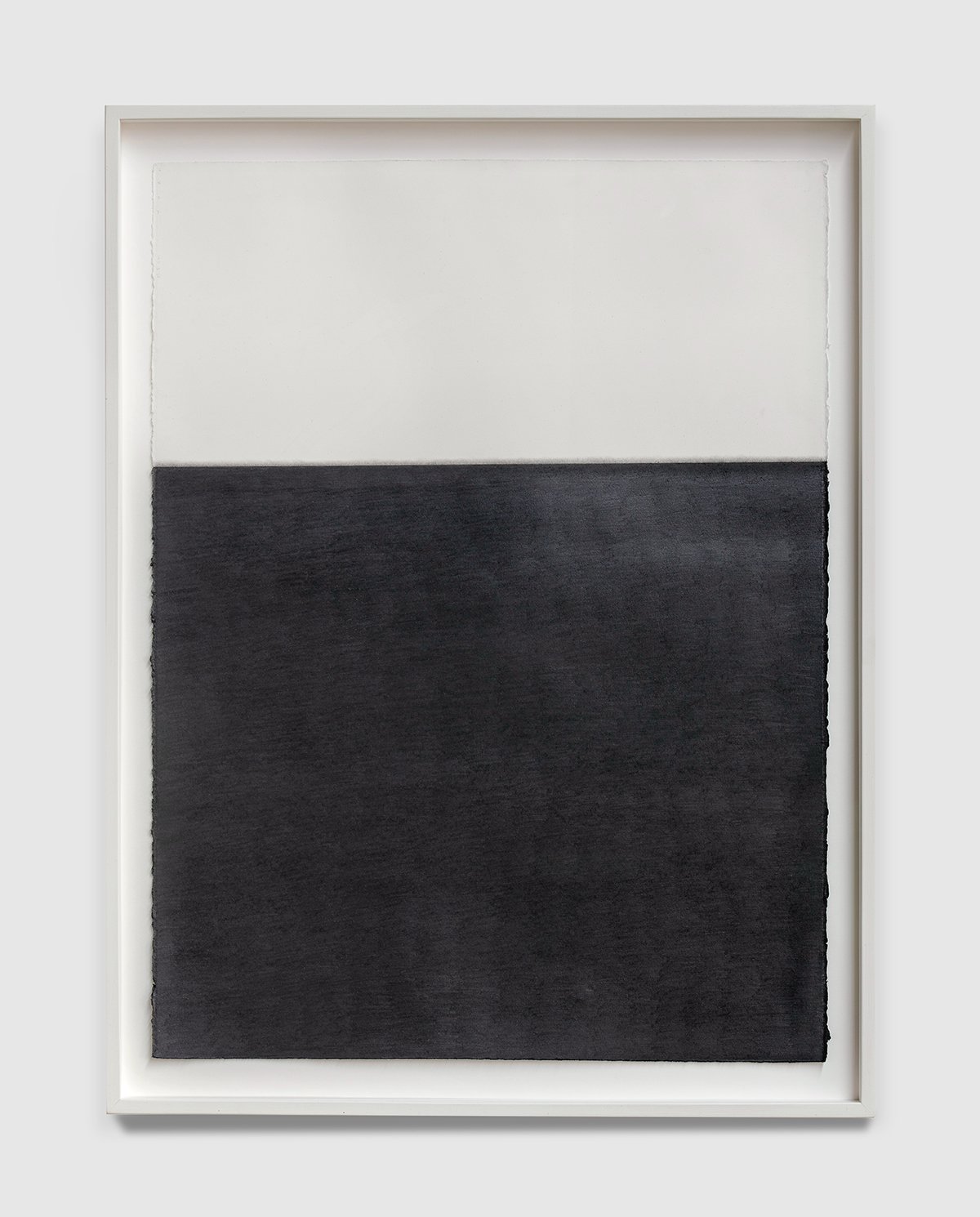 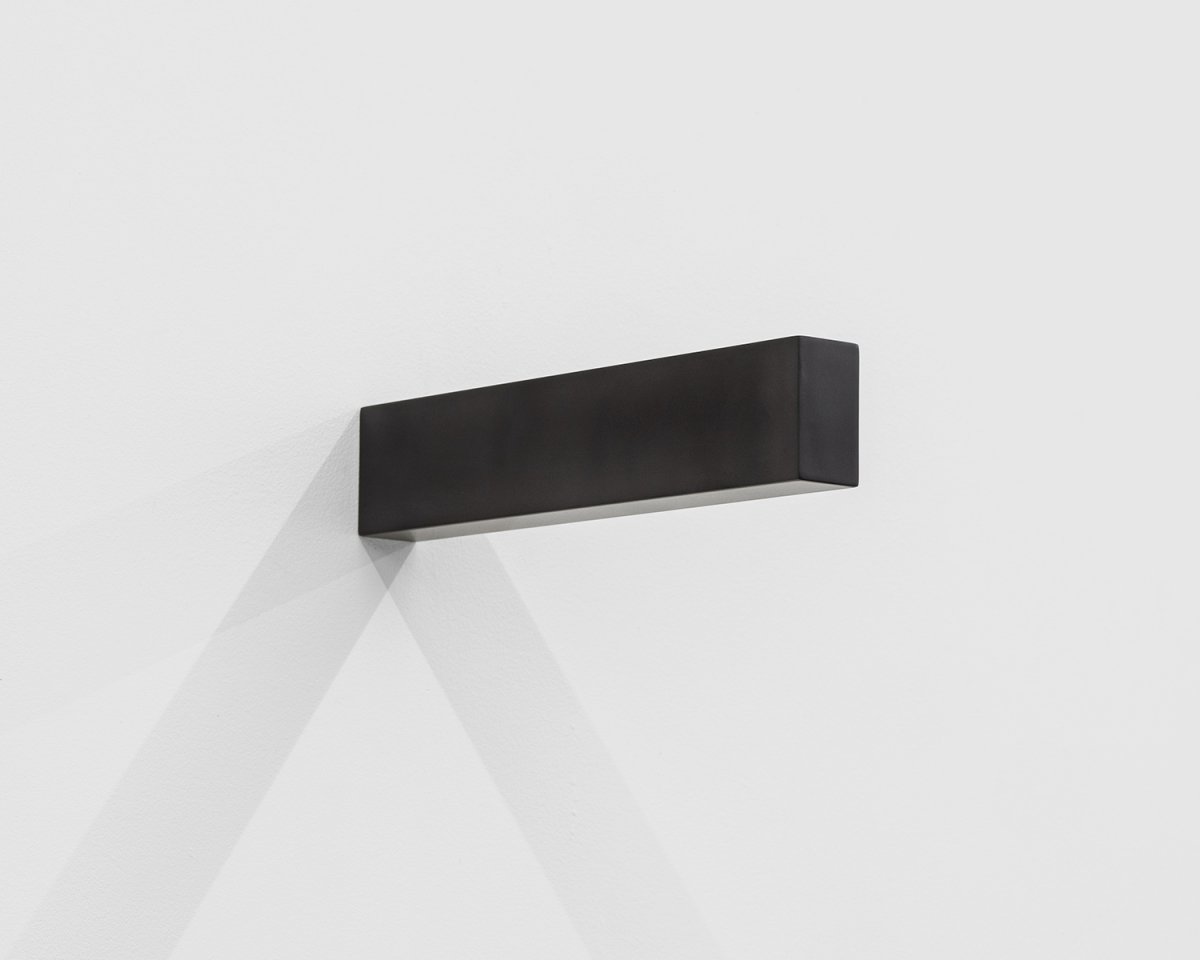 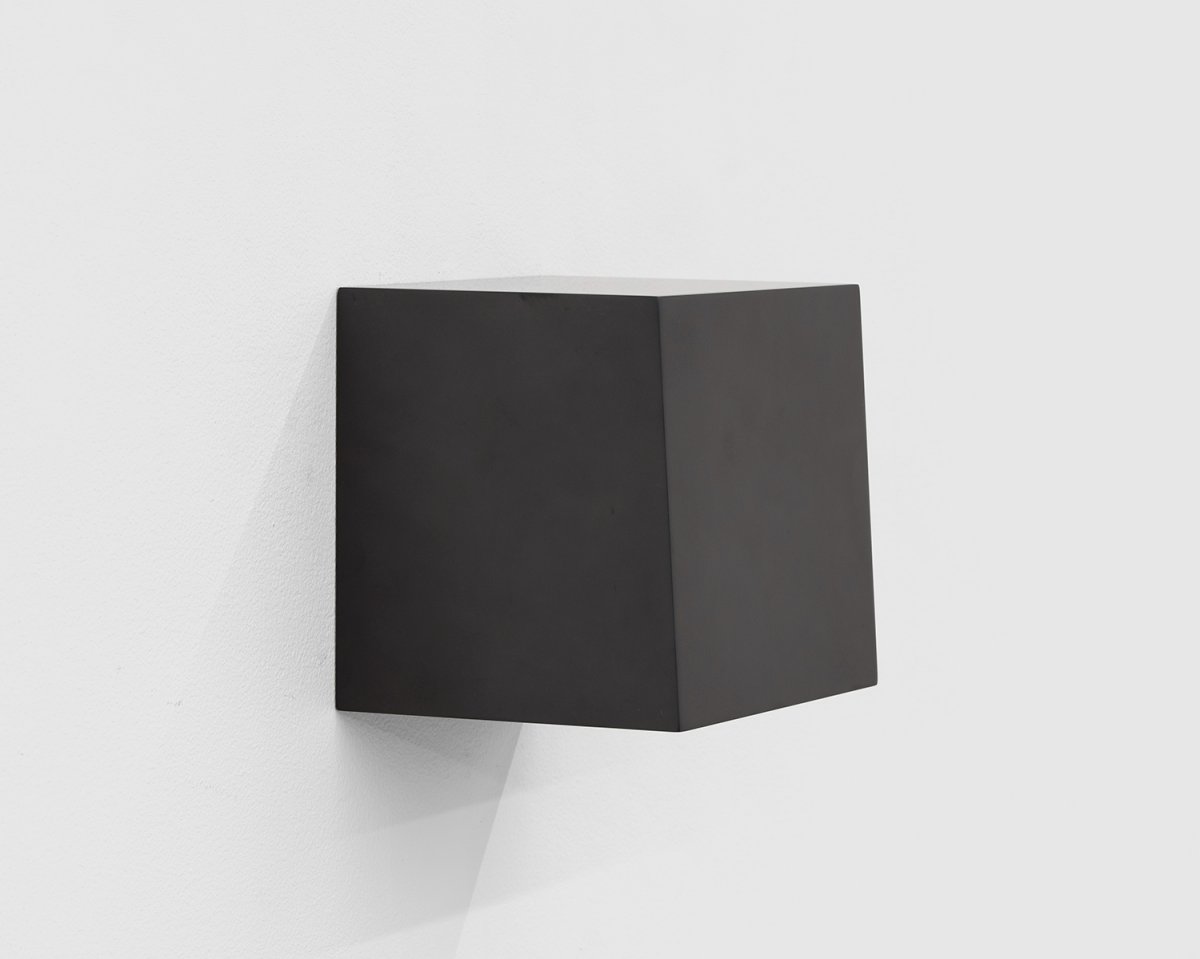 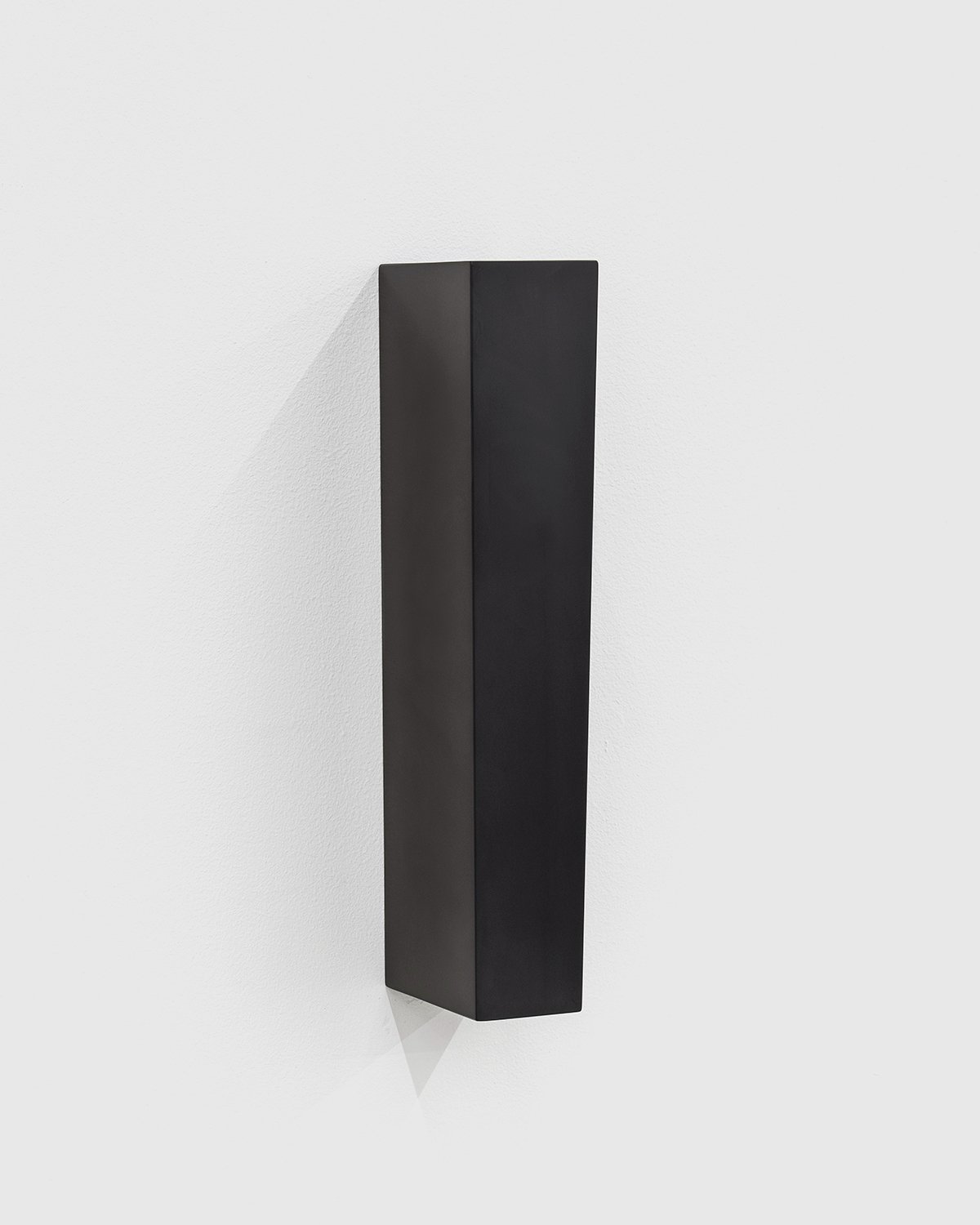 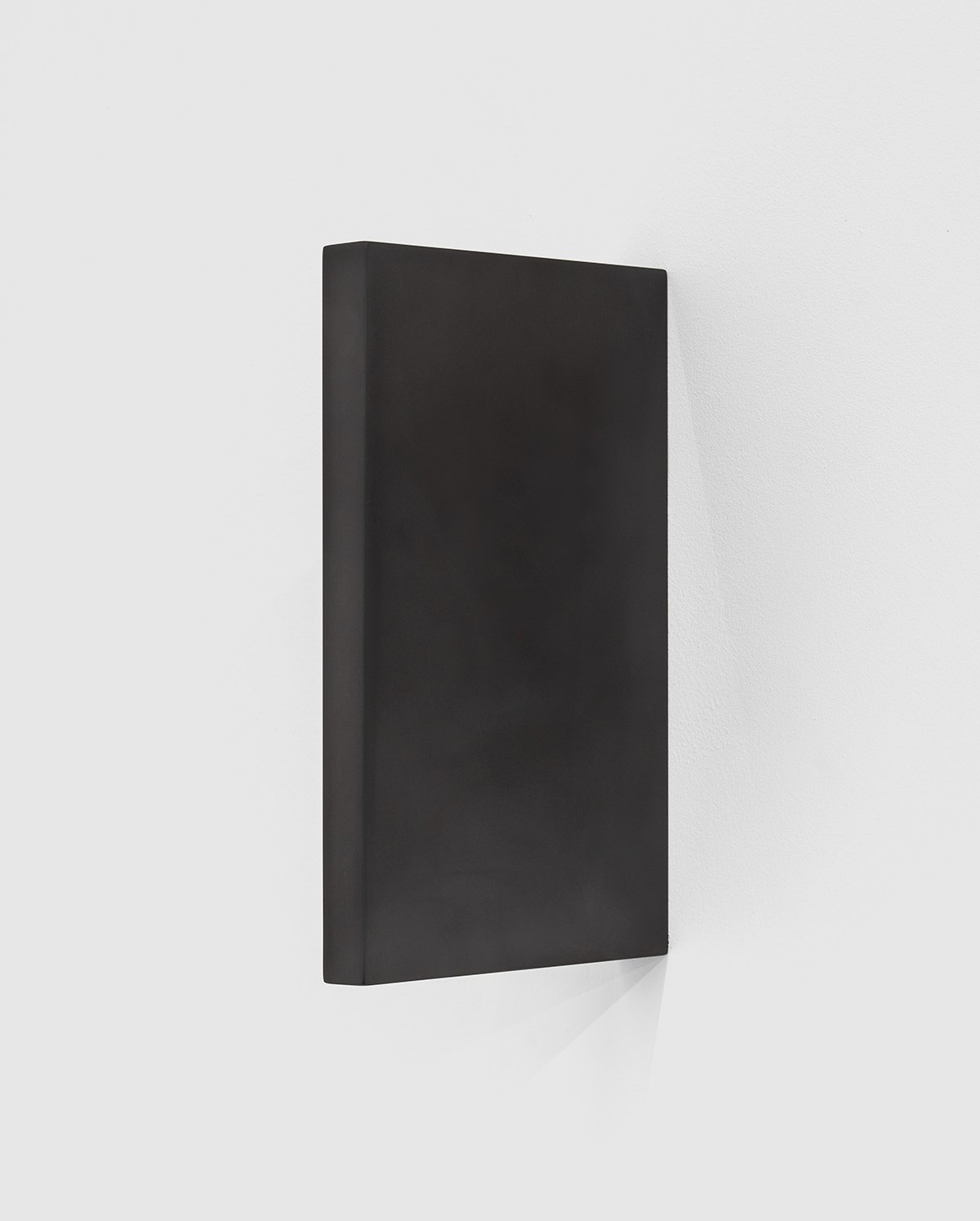 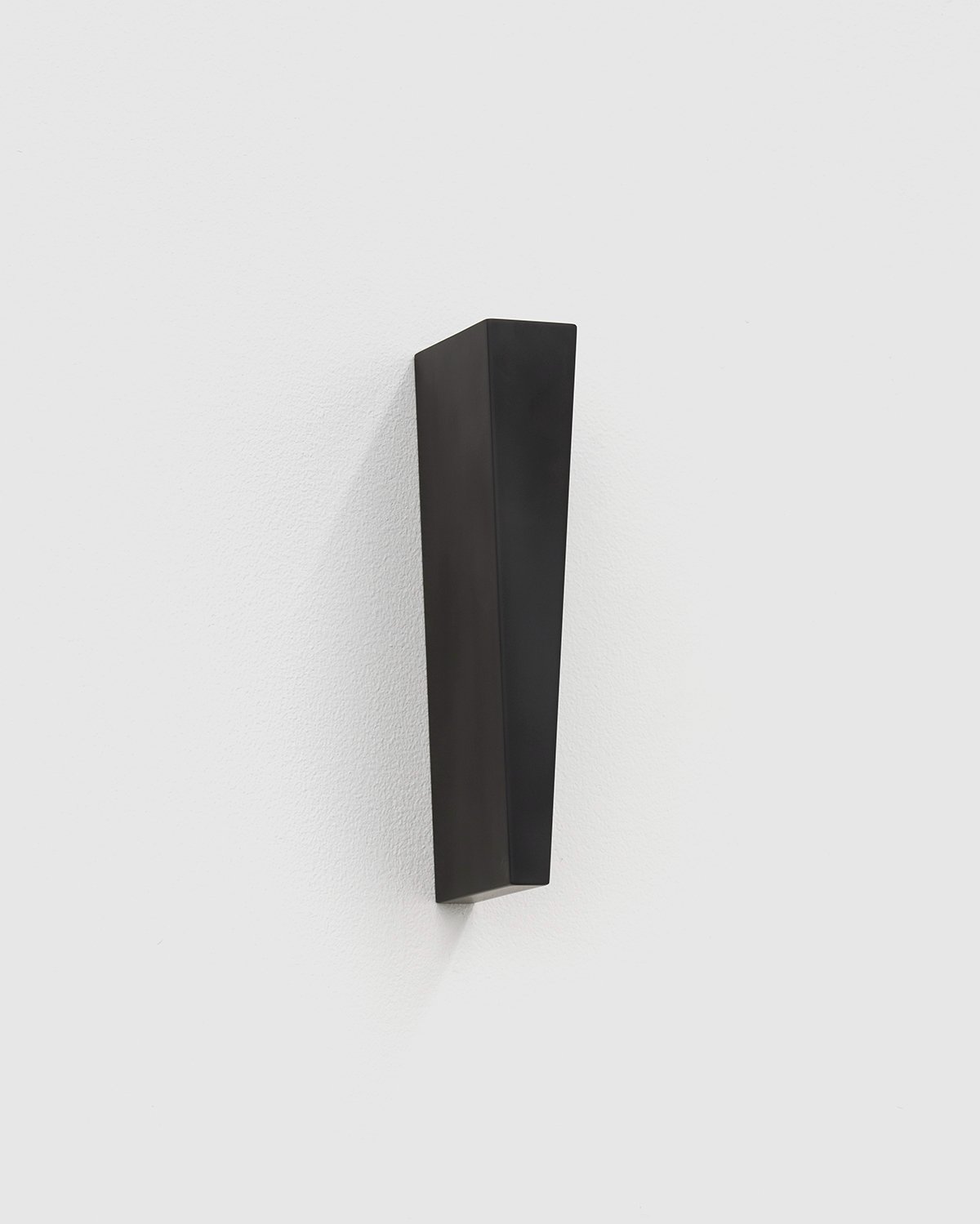 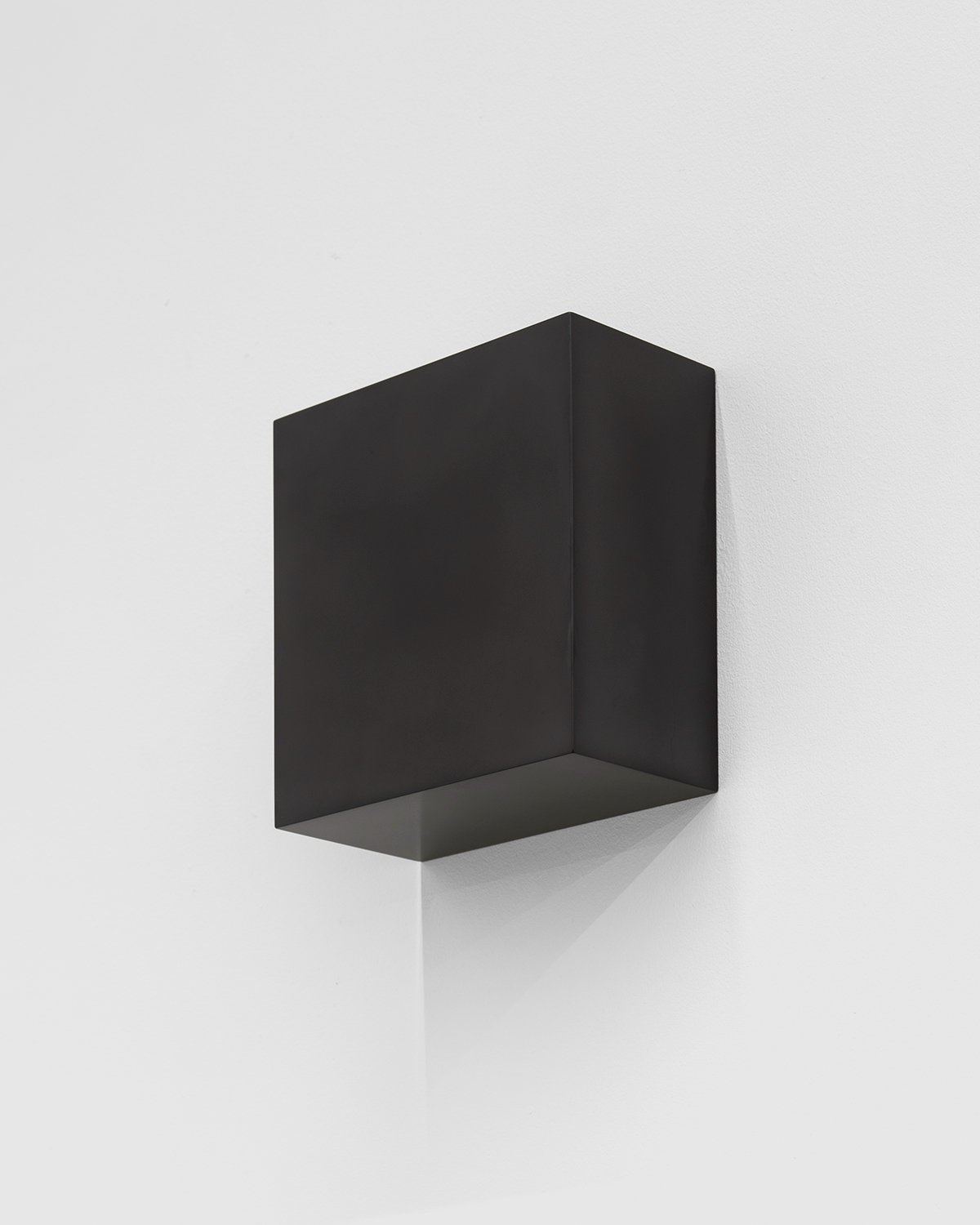 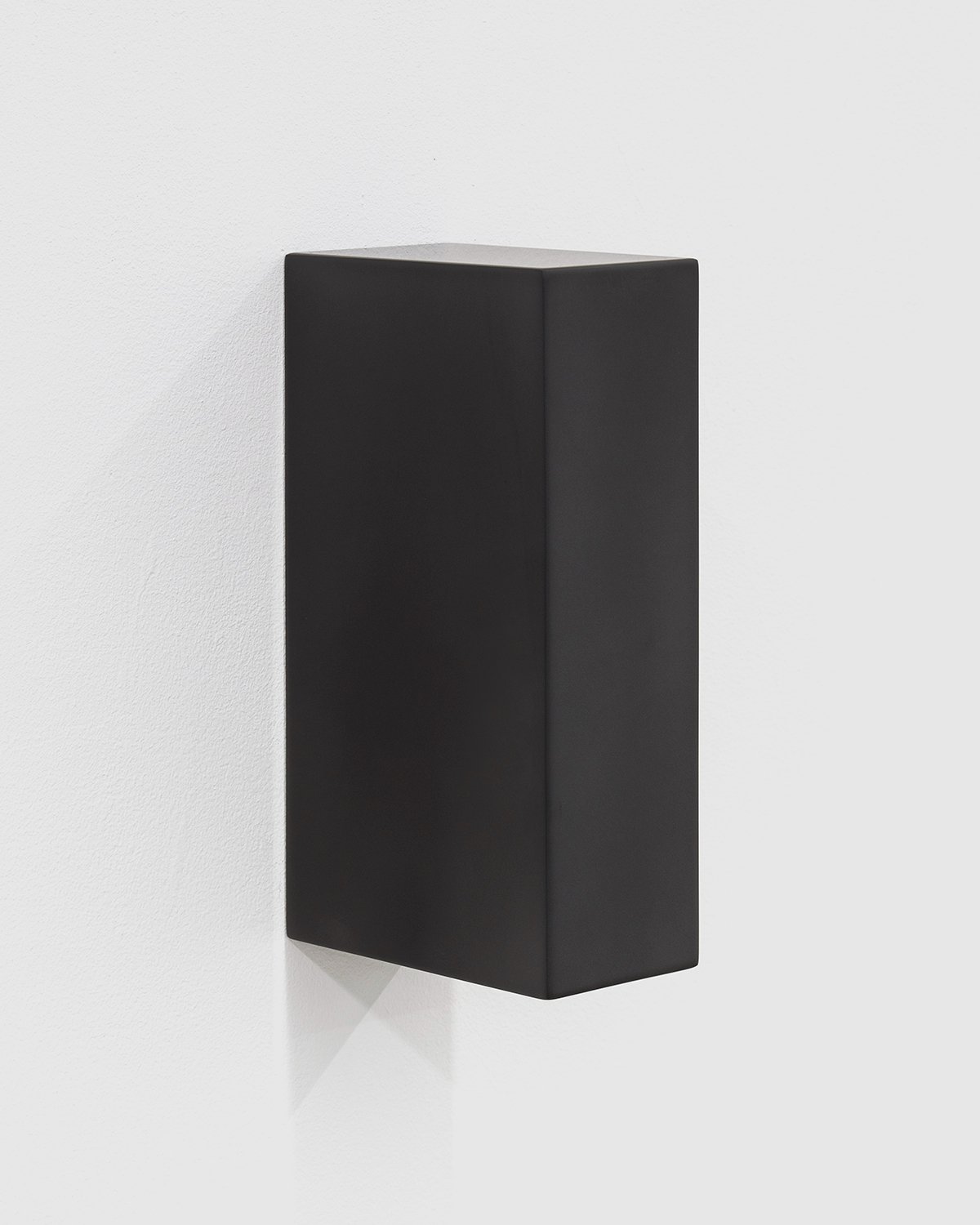 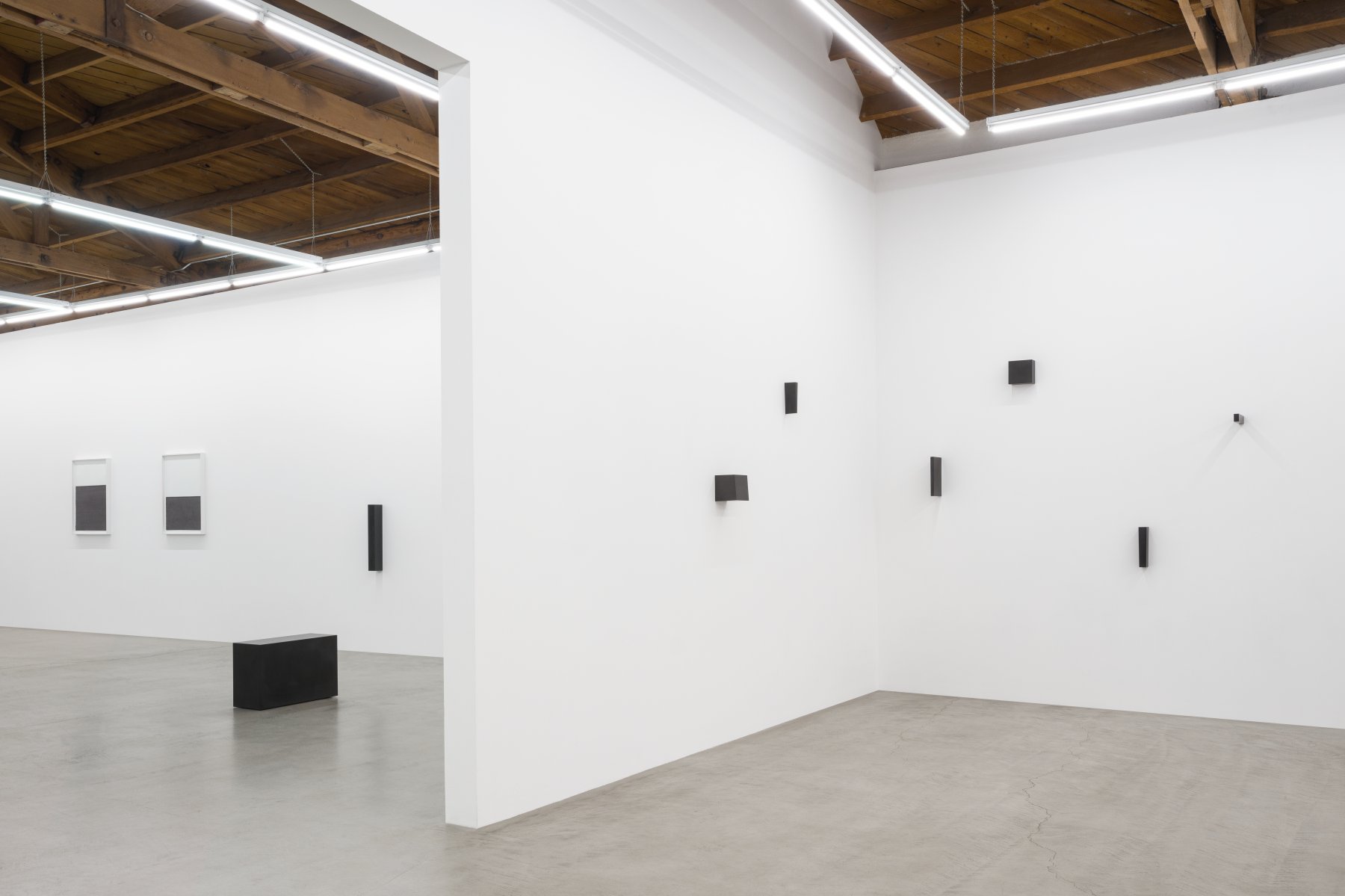 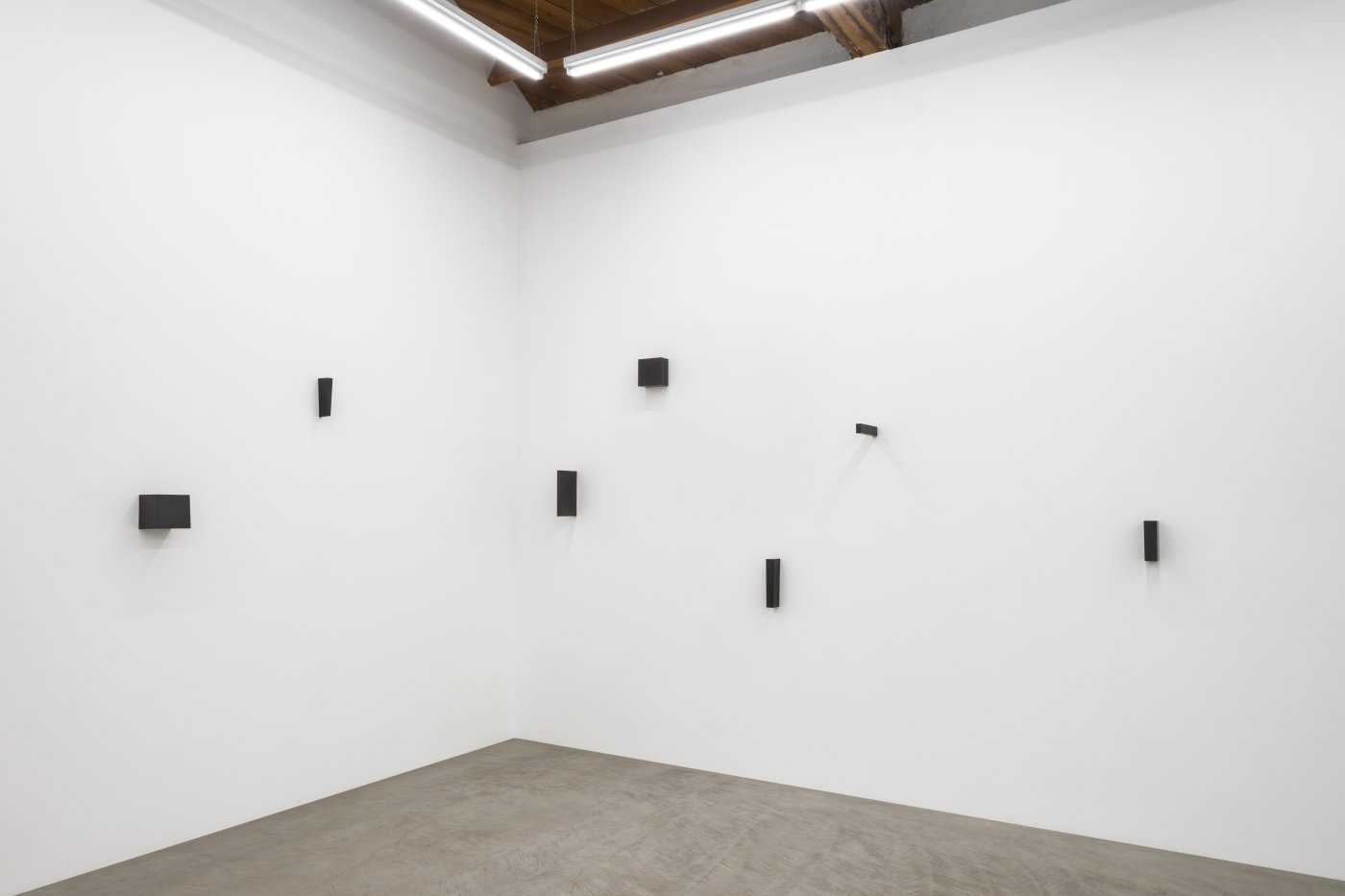 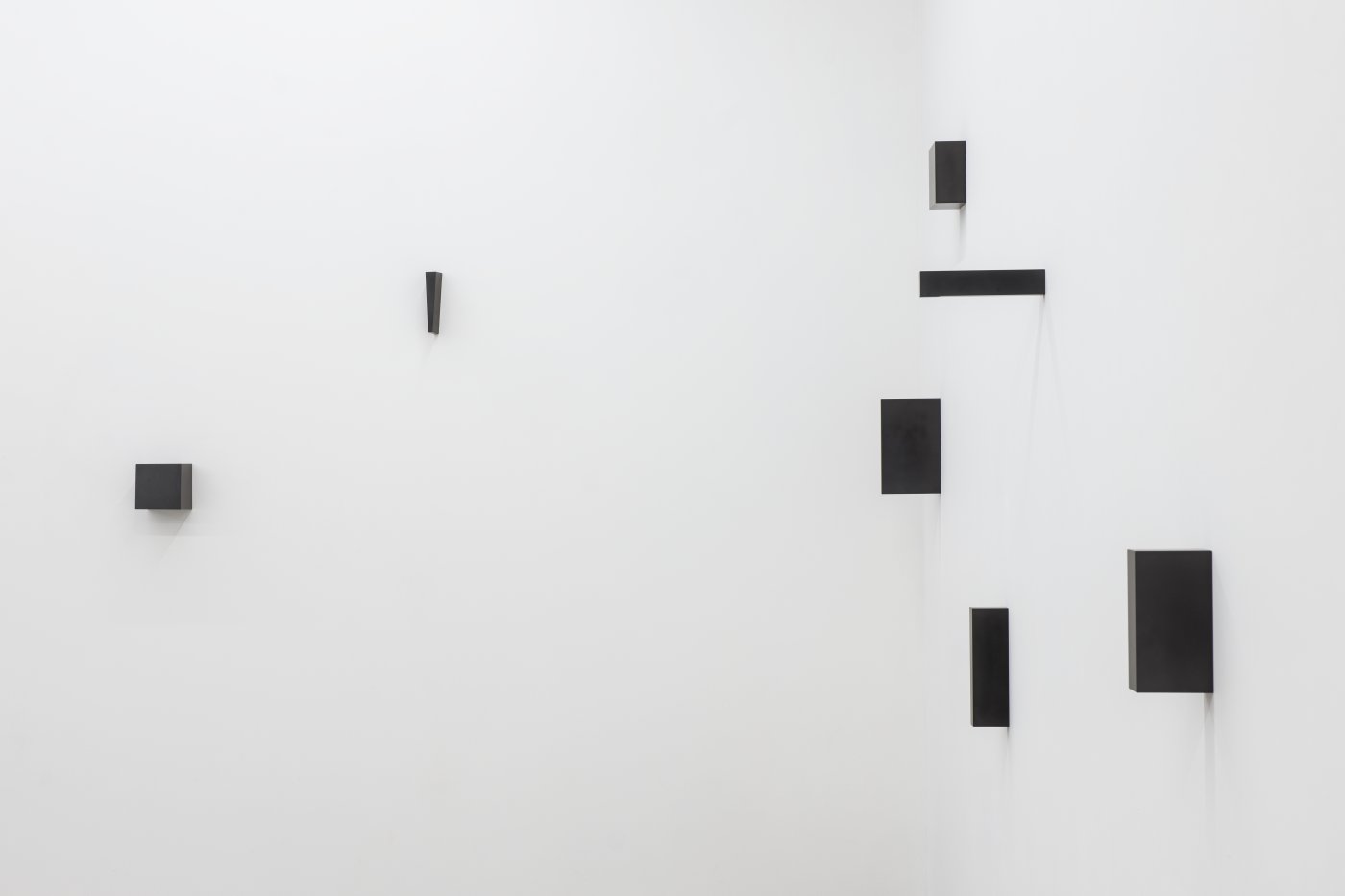 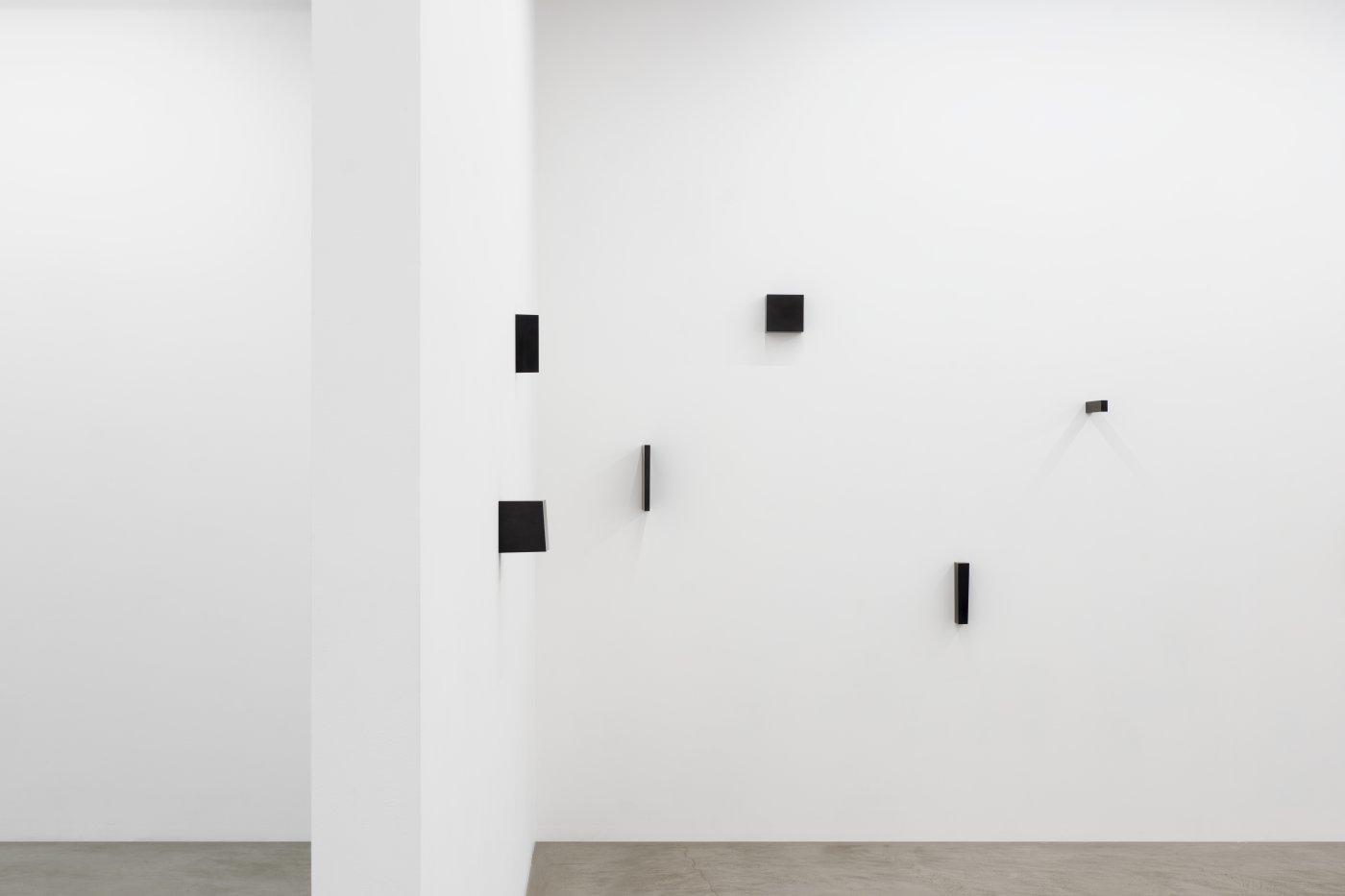 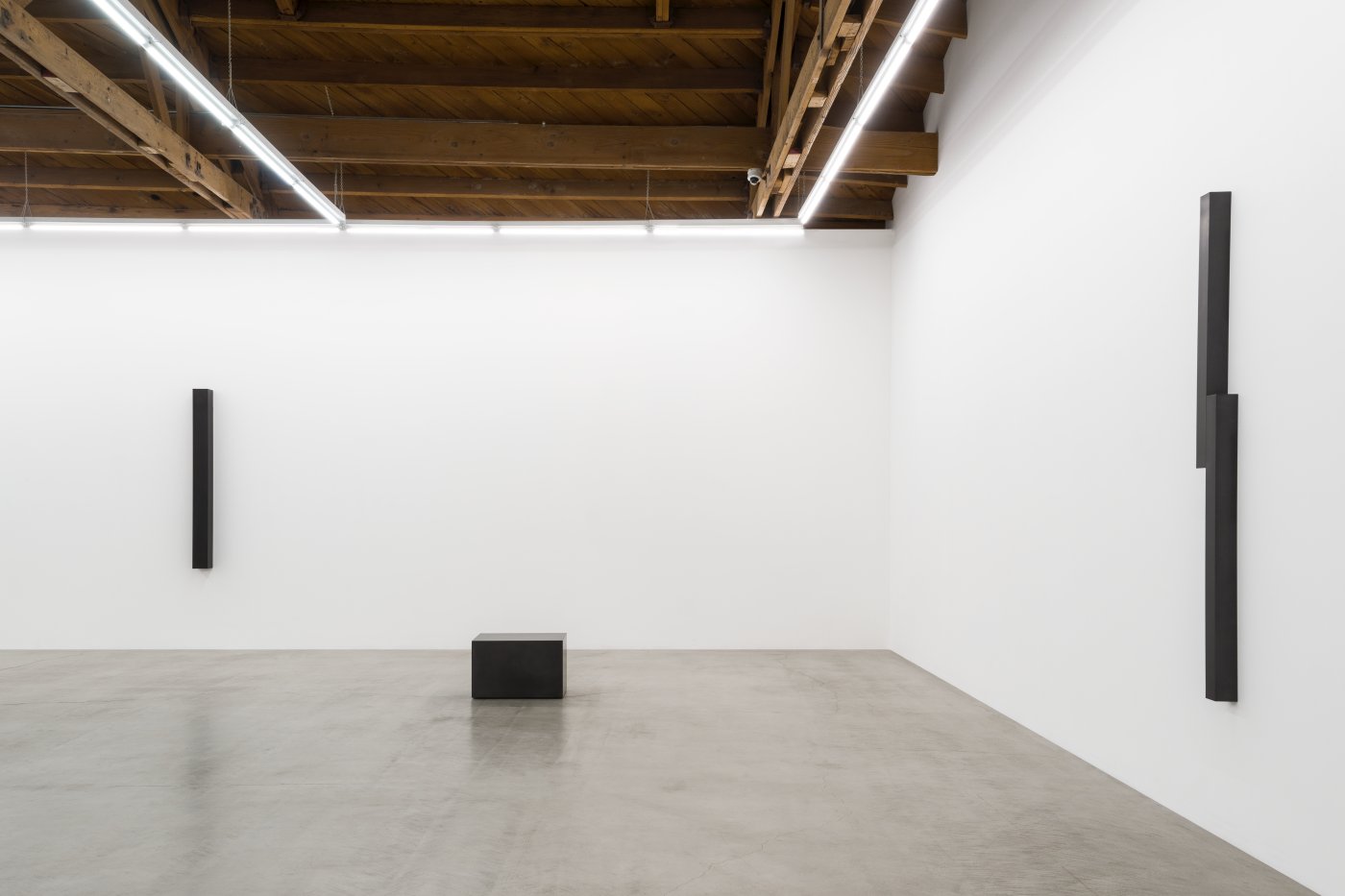 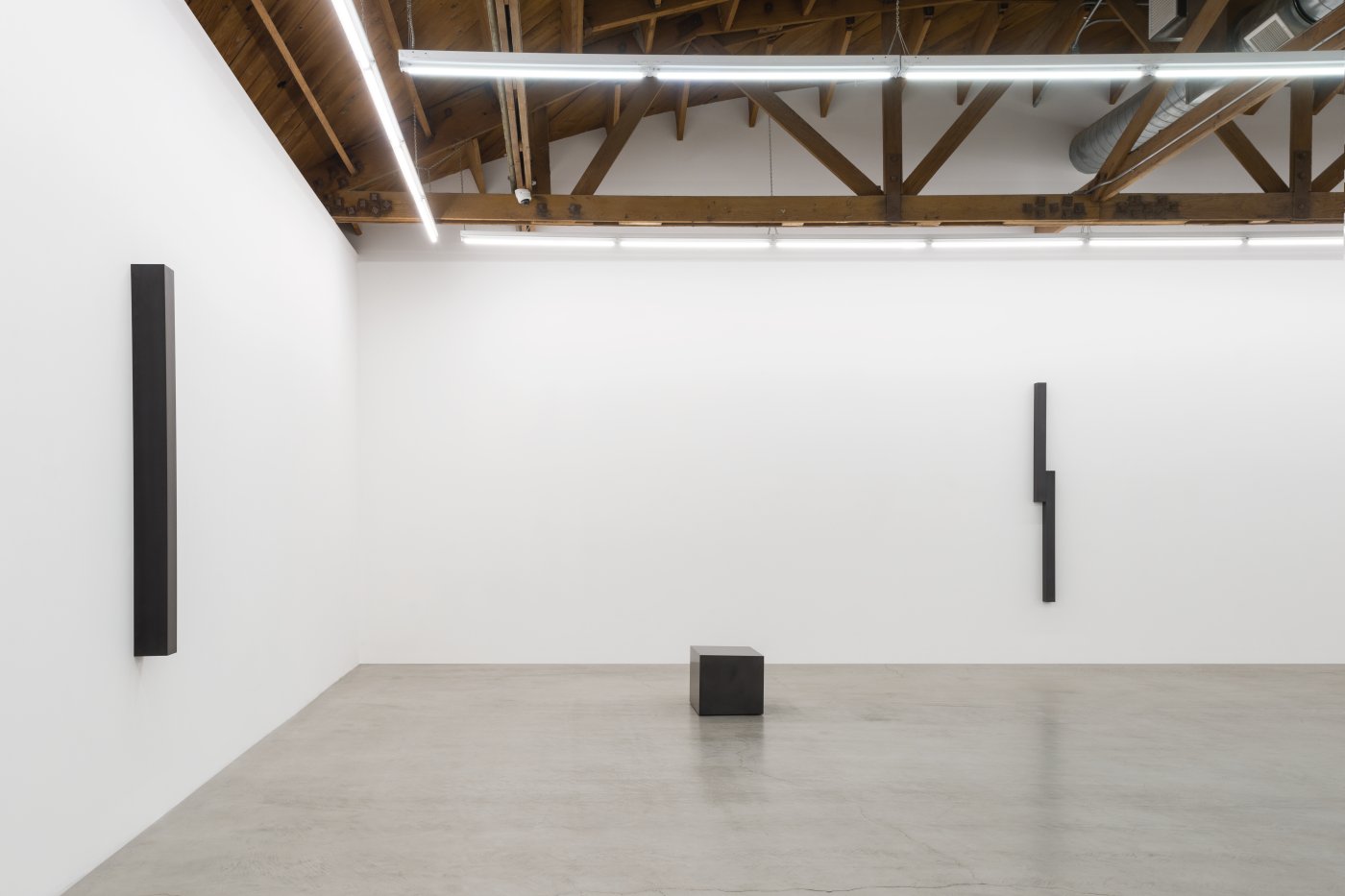 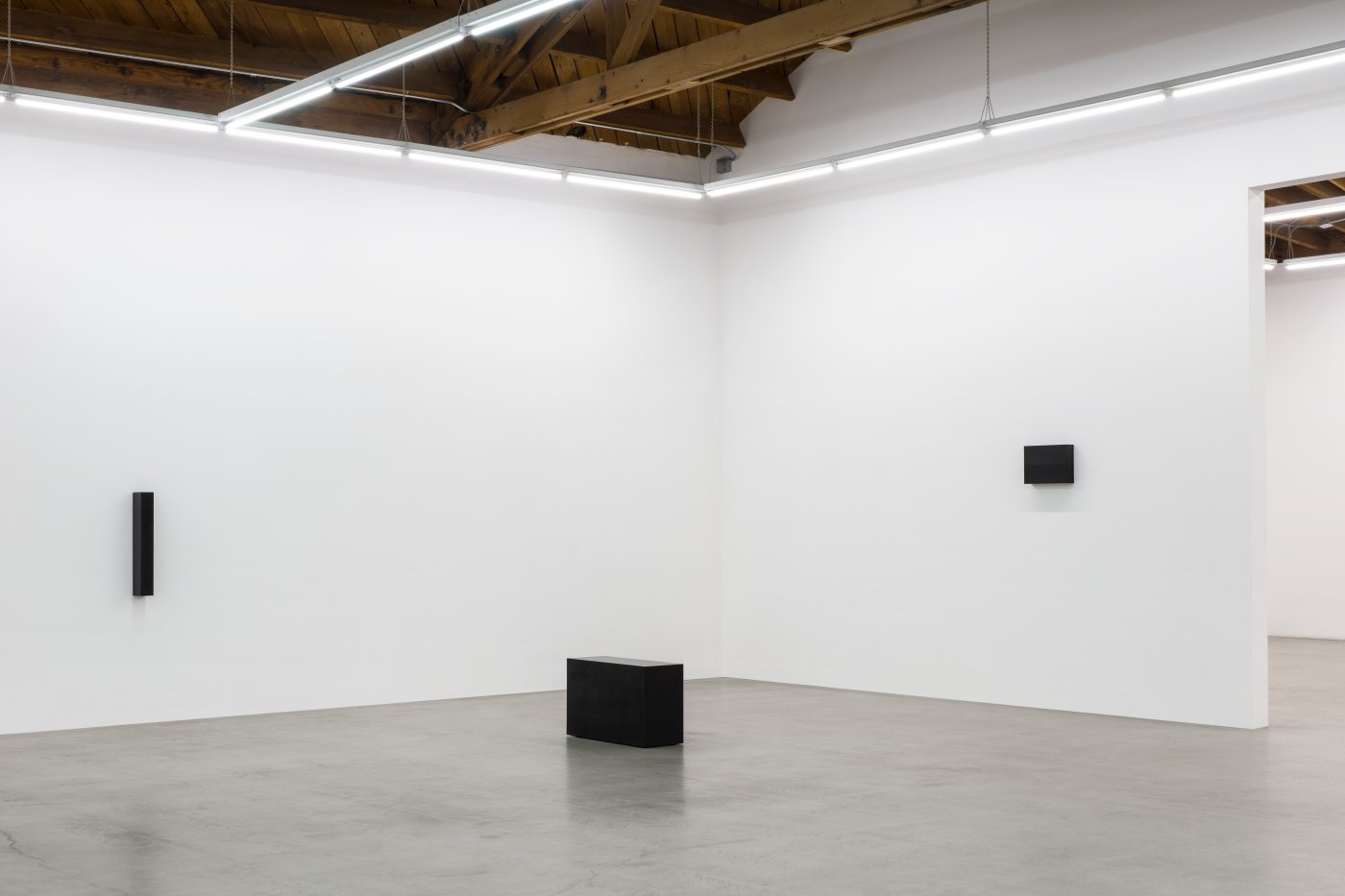 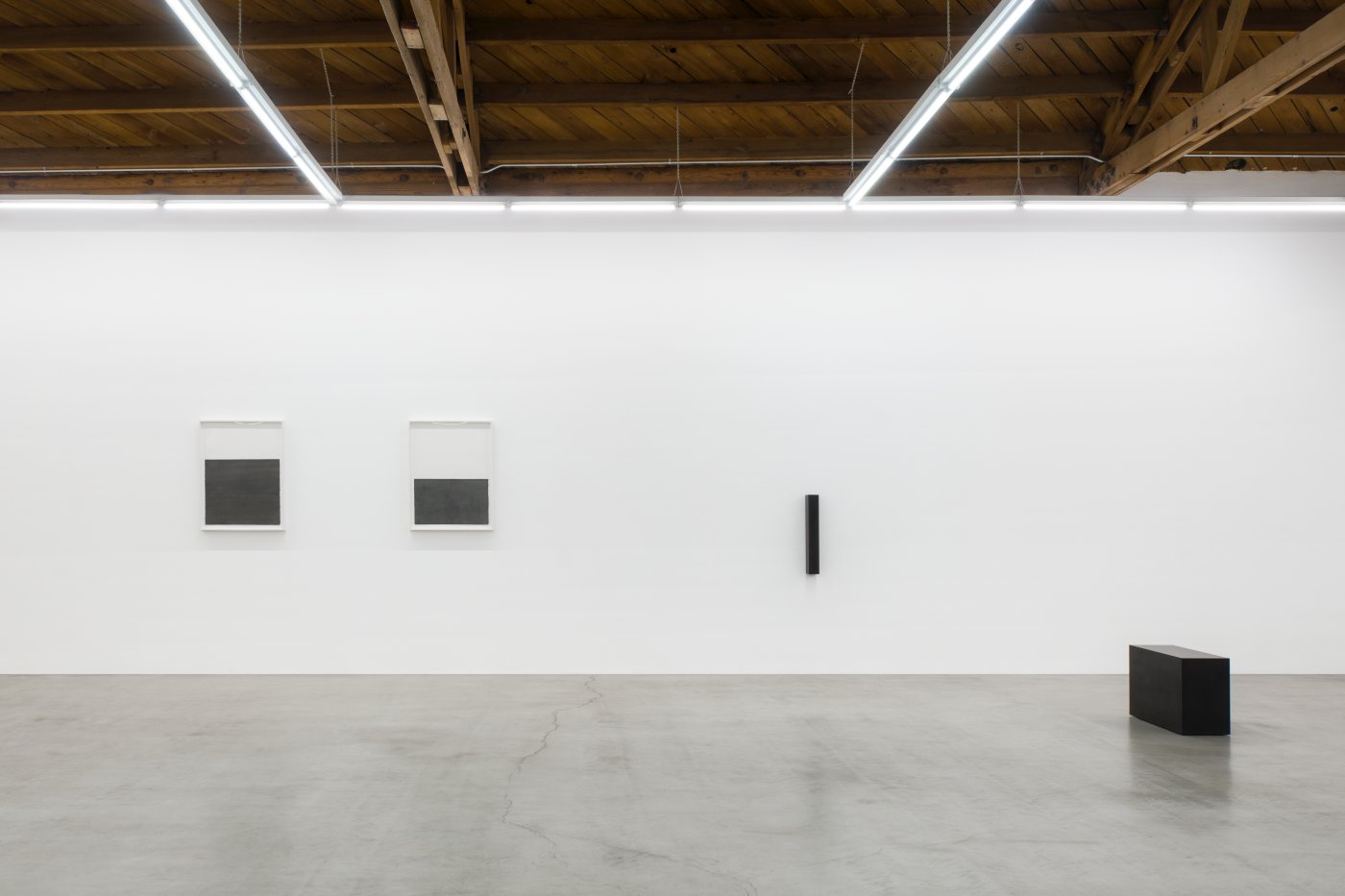 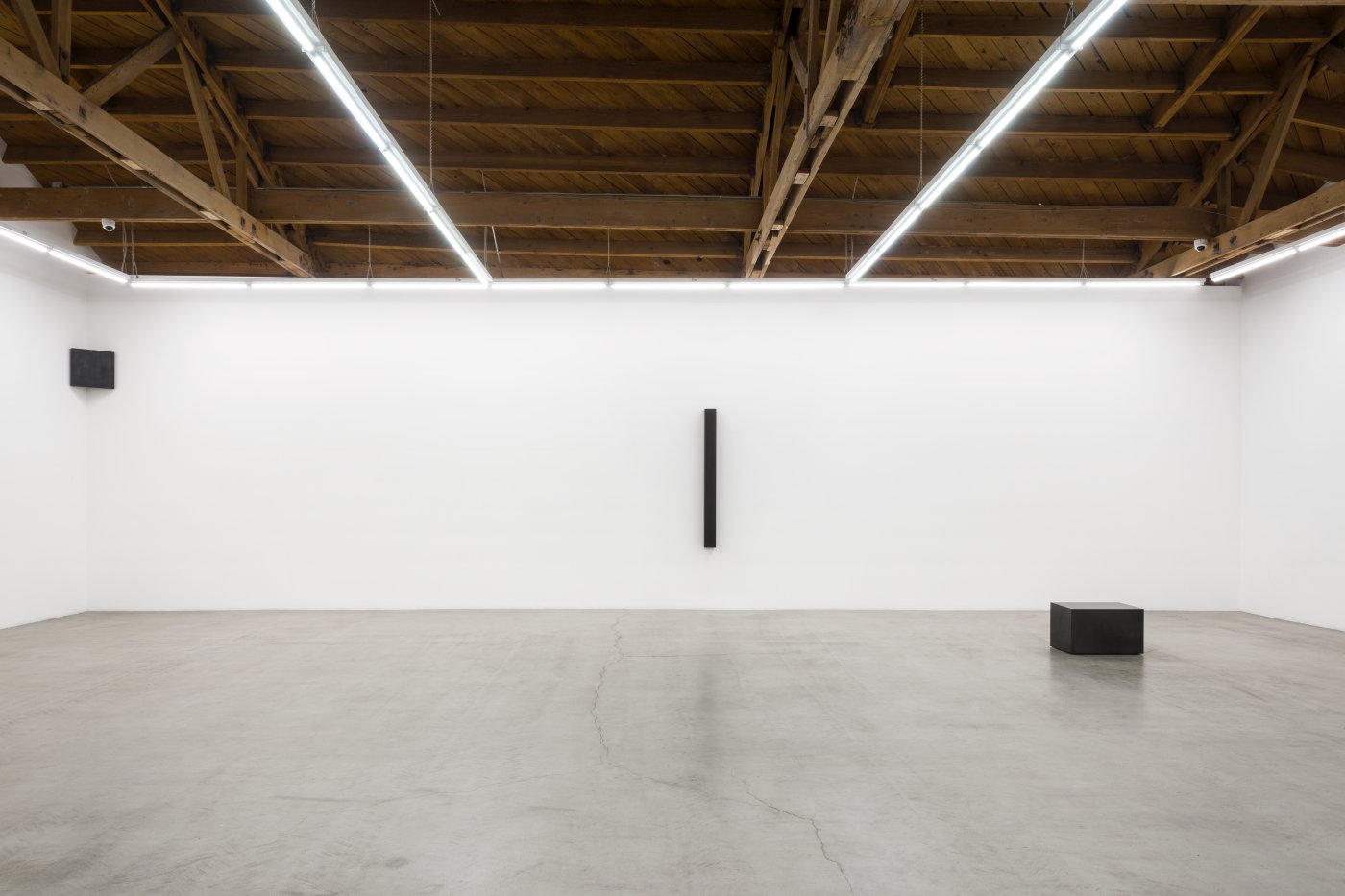 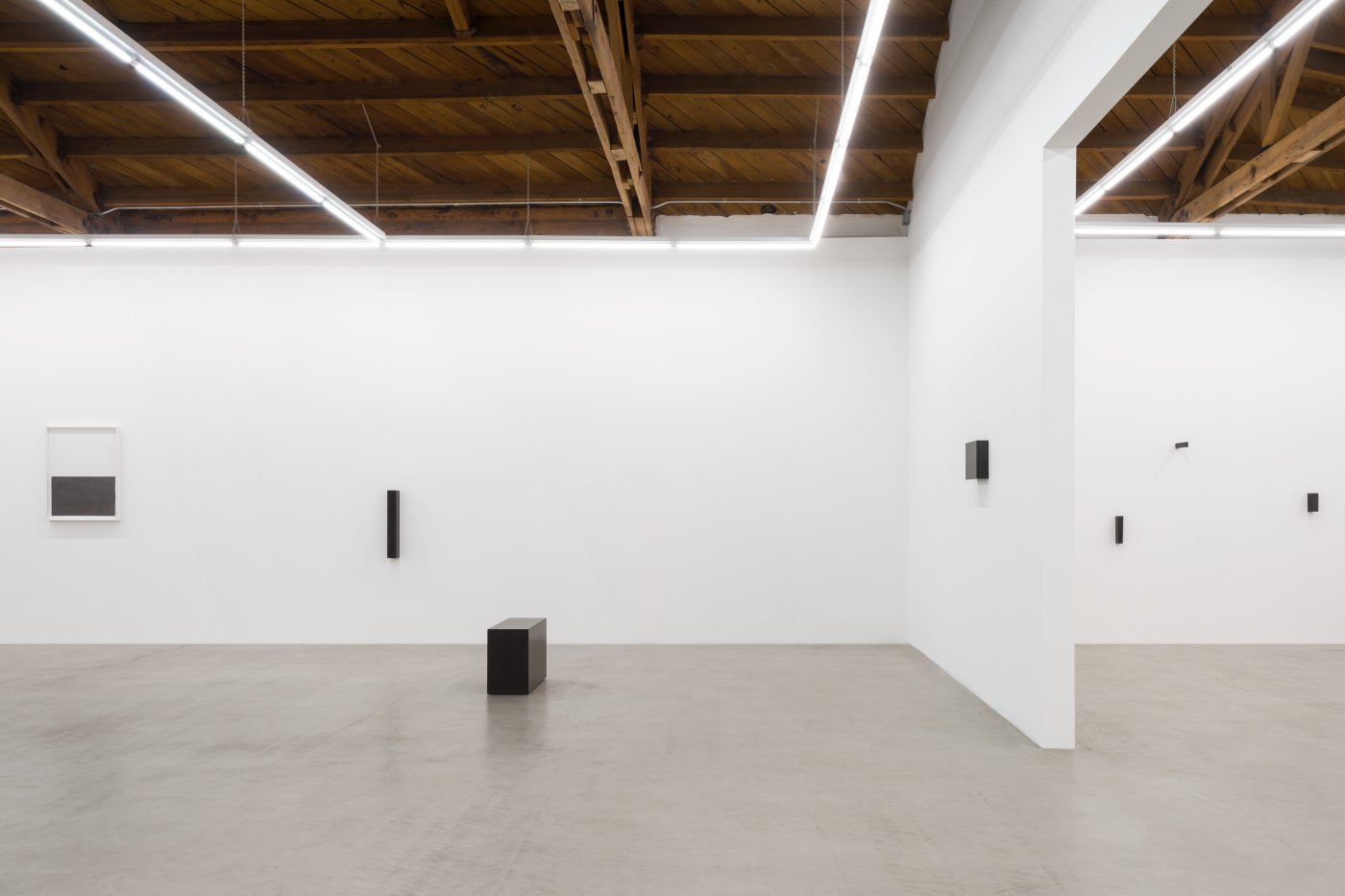 Through subtly askew geometric shapes, York explores the visceral aspect of intrinsically felt anomalies as she combines precise elements of geometry with unexpected asymmetry and tension. Her graphite sculptures and works on paper reveal complexities of form in relation to the architecture they inhabit.

There are no illusions or tricks in York’s sculptures; the medium is exactly as it appears to be–solid throughout. Each graphite block structure requires an intense physical process, through focused labor and repetition. York developed the reductive technique utilizing chisels, saws and Computer Numerical Control (CNC) machines with programmed motions to cut away compressed carbon, followed by concentrated hand sanding and polishing. The delicate nature of the graphite blocks has a beguiling effect; a medium with such a powdery and weak structure is transformed into one of density and strength. Though seemingly matte, the suspended sculptures and heavily layered drawings begin to reflect and absorb the light and surrounding space.

York carefully considers objects placed within given space musing with the instinctually perceived irregularities in our environment. Column, no. 5 a rectangular form, levitates above the ground, creating a tension through gravitational pull. This subtle detail gives pause to the column; it appears at once weightless and substantial. Similarly with Double Column no. 1, the two forms appear to be floating side by side. The pressure and pull of their existence challenge preconceptions.

York’s works on paper have a similar dimensionality, some formed with as many as 50 layers. The density has a simultaneous depth and flatness. Each drawing exists as a pseudo impression of the artist’s sculptures. The materiality of graphite is expanded, as well the relationship between two and three dimensions, as she engages the perceptual aspects of form and space.

York’s persistence in attempting to understand emptiness and absence creates an overwhelming quiet in her oeuvre. These underlying ideas bring raw material to the forefront as perfection is rejected and the beauty of anomaly is celebrated.

Susan York (b. 1951, Newport RI) attended the University of New Mexico earning her BFA in 1972, and then worked within her own dedicated studio practice for 20 years, before attending Cranbrook Academy of Art to earn her MFA in 1995.