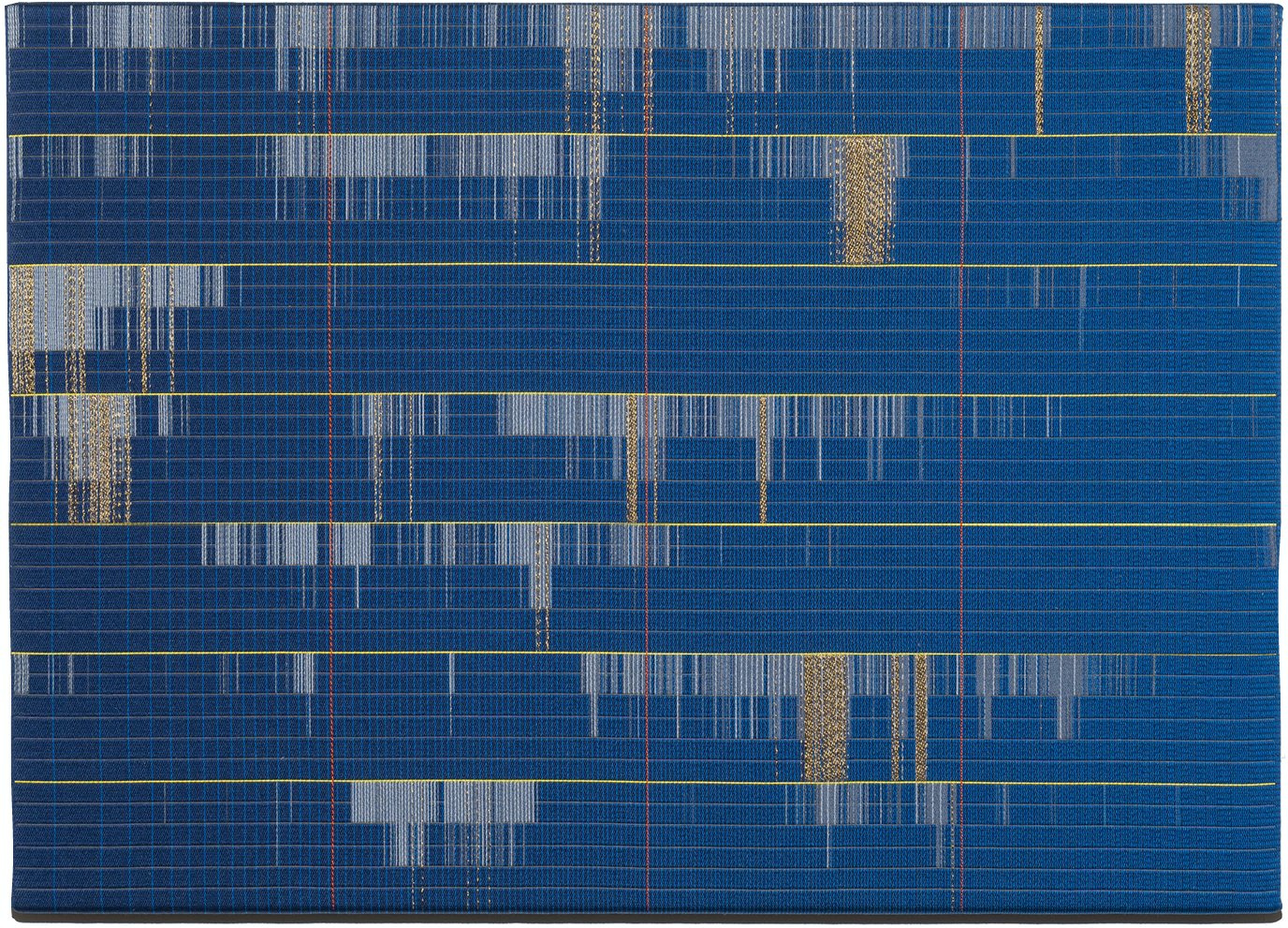 The first, Silence (Project for a Library), is a set of six Jacquard tapestries woven directly from ambient sound recordings taken in the garden outside a library. Through the application of a specially written script, the recorded sound is configured to the ‘score’ for John Cage’s 1952 Lecture on Nothing, a spoken word performance that has silence at its core. This work evolved out of the drawings and recordings made for six very large-scale tapestries, each 210 x 280cm, that were commissioned by St John’s College, University of Oxford, for their new library and study centre, now the permanent home for this major new Jacquard tapestry work by Morris.

The second piece at Bartha Contemporary takes the form of 12 paperback books contained in a wall-hung shelf designed by the artist. Entitled de Umbris Idæarum [on the Shadow Cast by our Thoughts] the work is a diary recorded over the course of a single year, using the app Evernote. Fragments from the artist’s own interior monologue are entangled with material transcribed from the radio, from overheard conversations and the entire year’s receipts. Alongside her own photographs, Morris has included a vast amount of scanned material, such as flyers, tickets and old newspapers, which litter the text like the flotsam and jetsam of everyday life. Conceived as an ‘involuntary novel’, the piece can be considered as a counterpart in writing to works from her visual practice that have been described as ‘involuntary drawings’, such as the Jacquard tapestries, her series of Motion Capture Drawings and her Plumb Line Drawings. An important example of the latter will also form part of this exhibition.

Coinciding with the exhibition, another large-scale Jacquard tapestry, recording the artist’s sleep/ wake patterns over a period of three years, will be exhibited in Copenhagen at the Kunsthall Charlottenborg, in an exhibition entitled “The World Is In You” which opens September 30 and runs until January 16, 2022.

An artist’s book, documenting the work for the St John’s College library, will be launched during the exhibition. Published in an edition of 150, with essays by Rye Holmboe and Alex Bacan, the book will be available for purchase from the gallery.