Nahmad Contemporary presents SUPERUNKNOWN | Max Ernst and Yves Tanguy with Urs Fischer. Featuring works across centuries in a jarring yet markedly relevant discourse, the exhibition includes iconic paintings by the Surrealist masters alongside the debut of an immersive wallpaper installation by Urs Fischer. 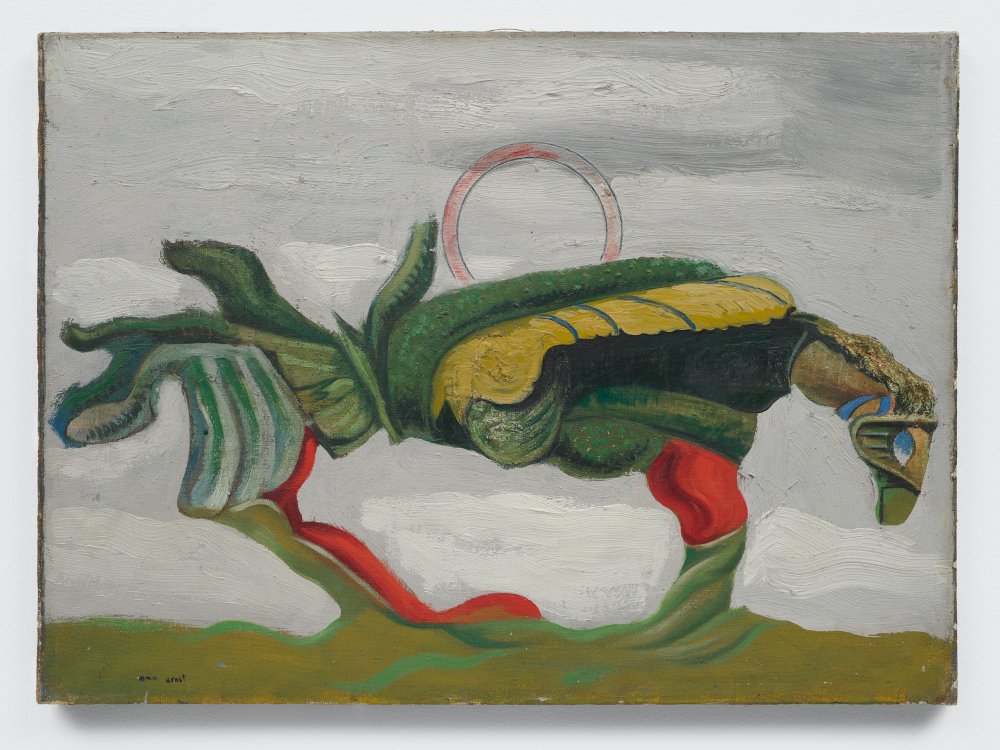 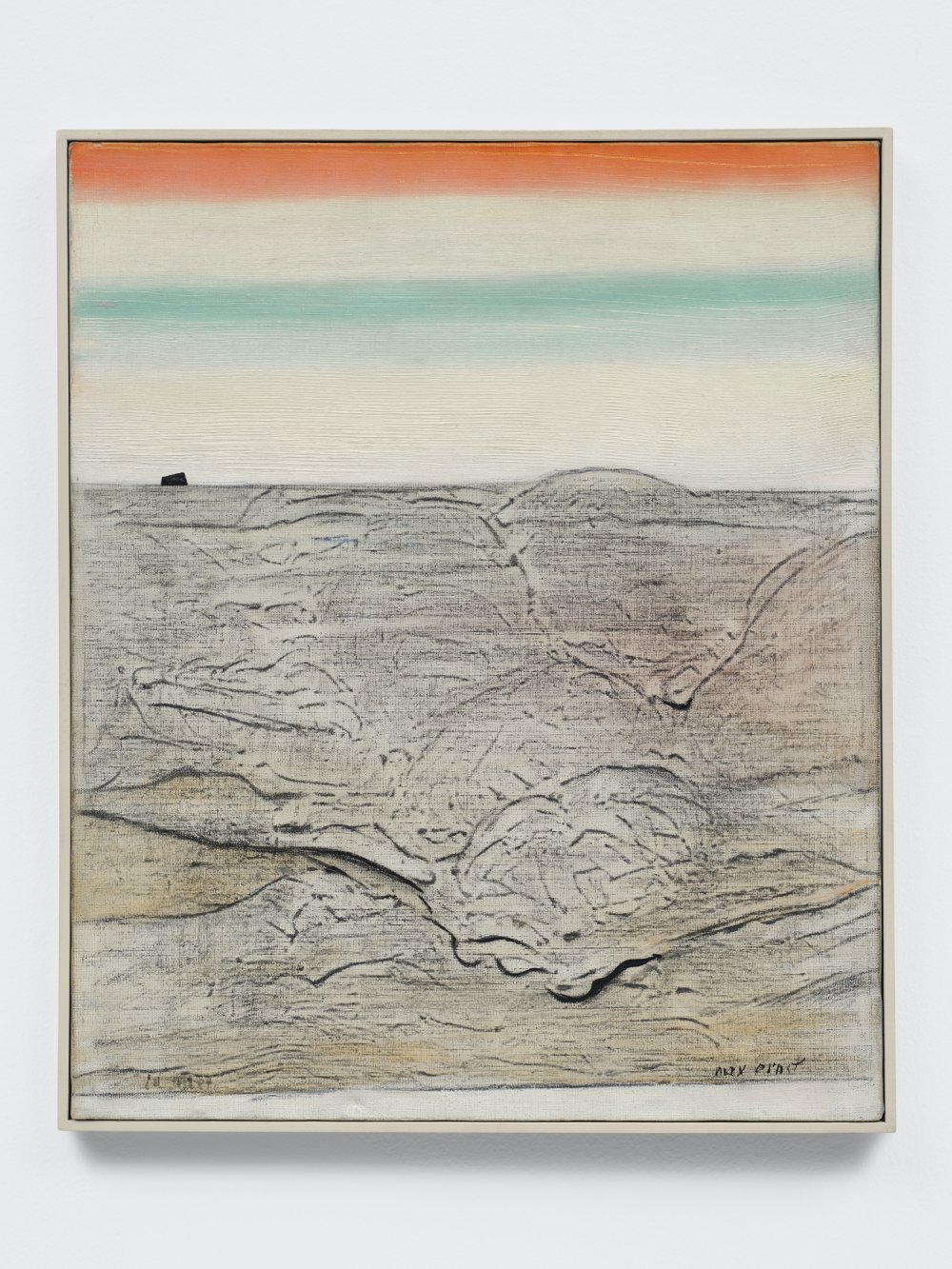 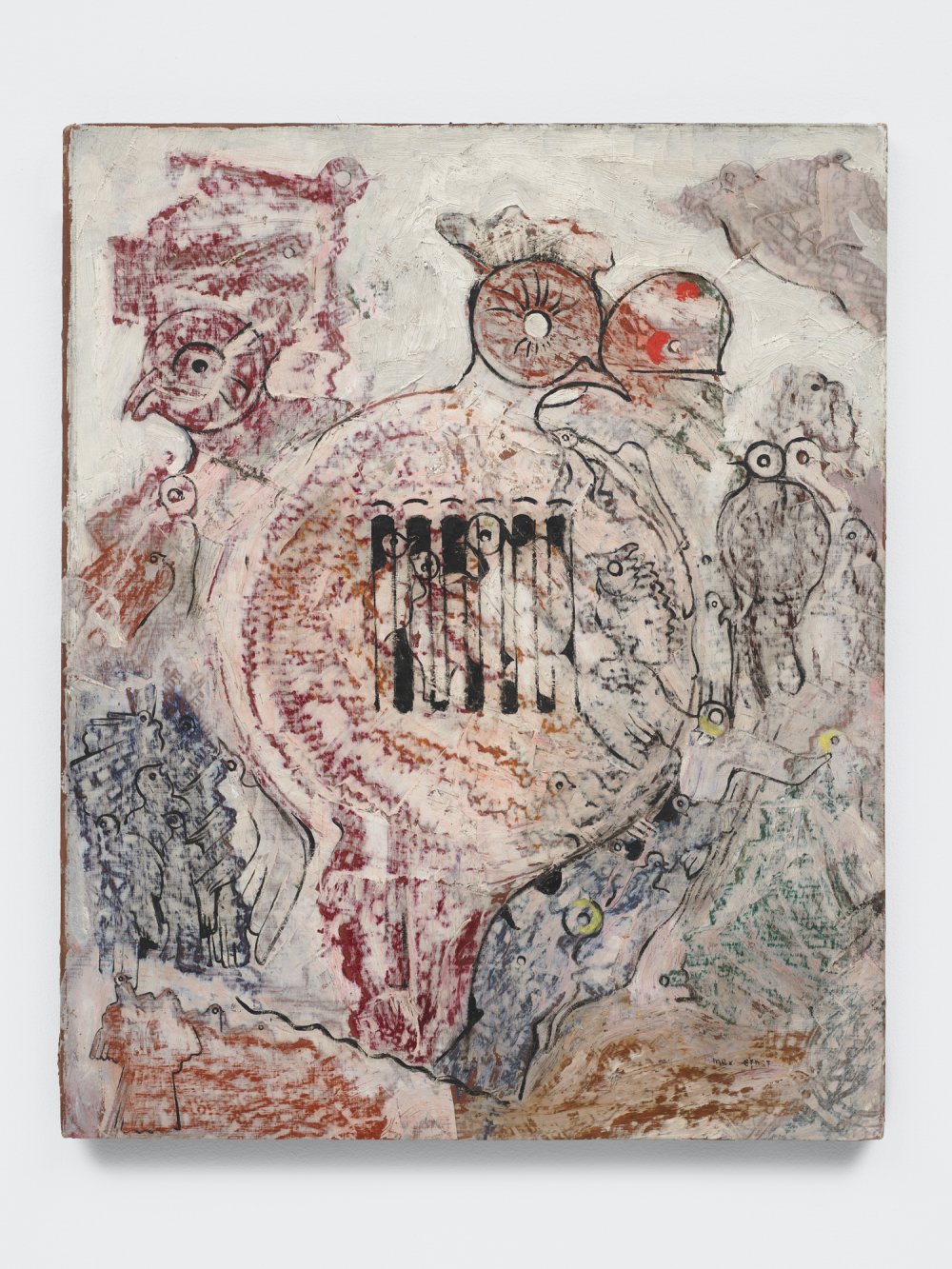 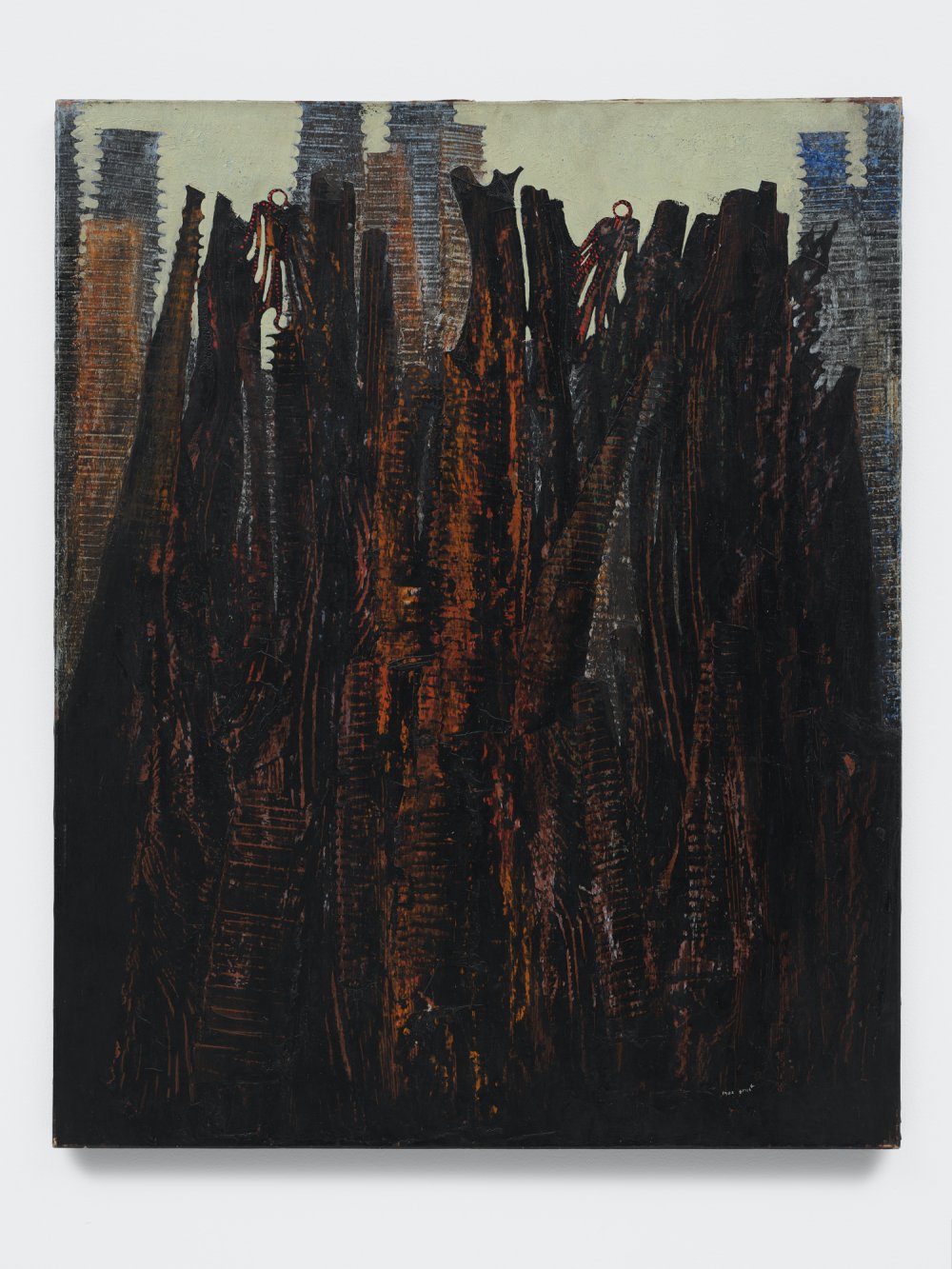 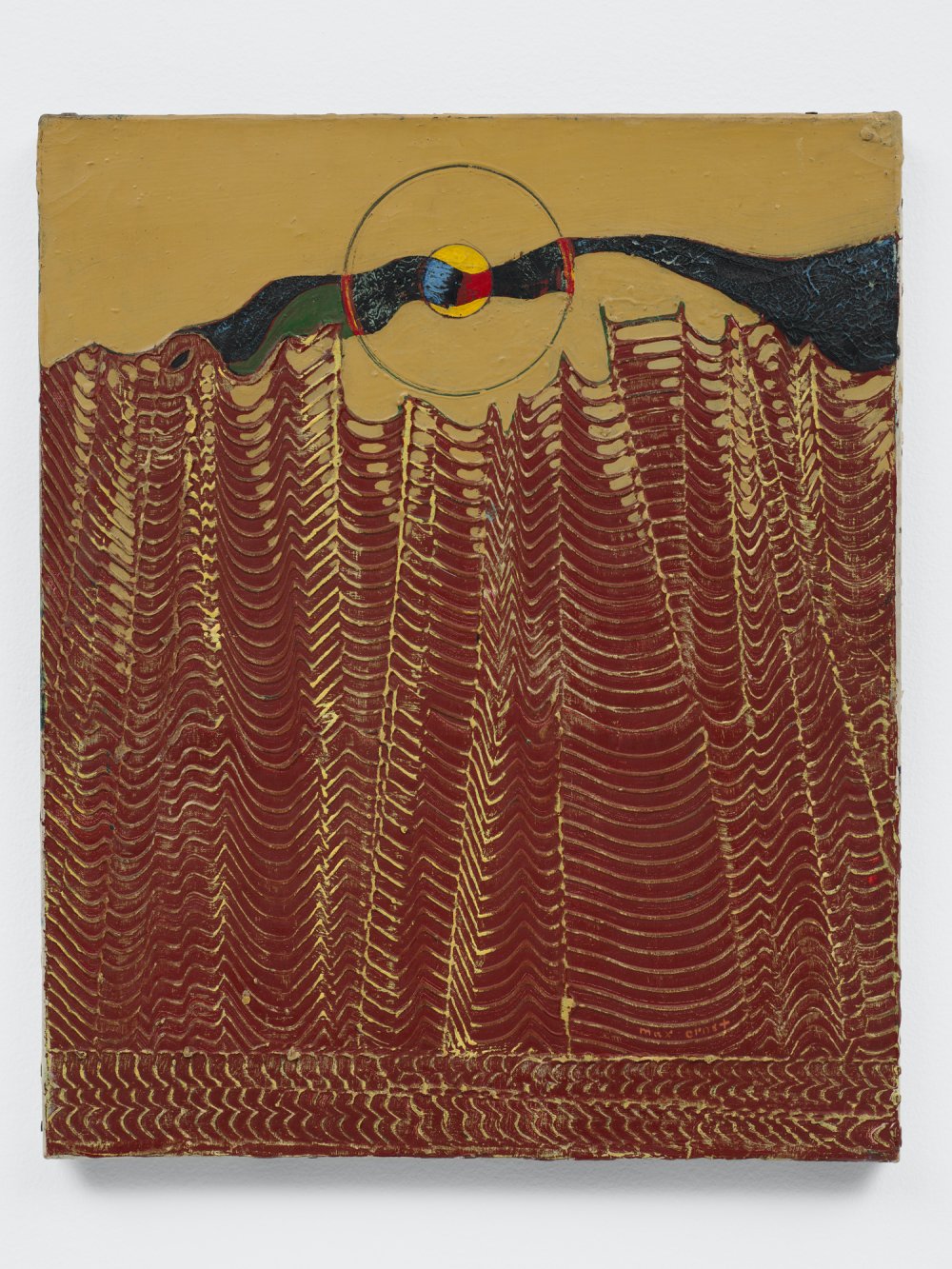 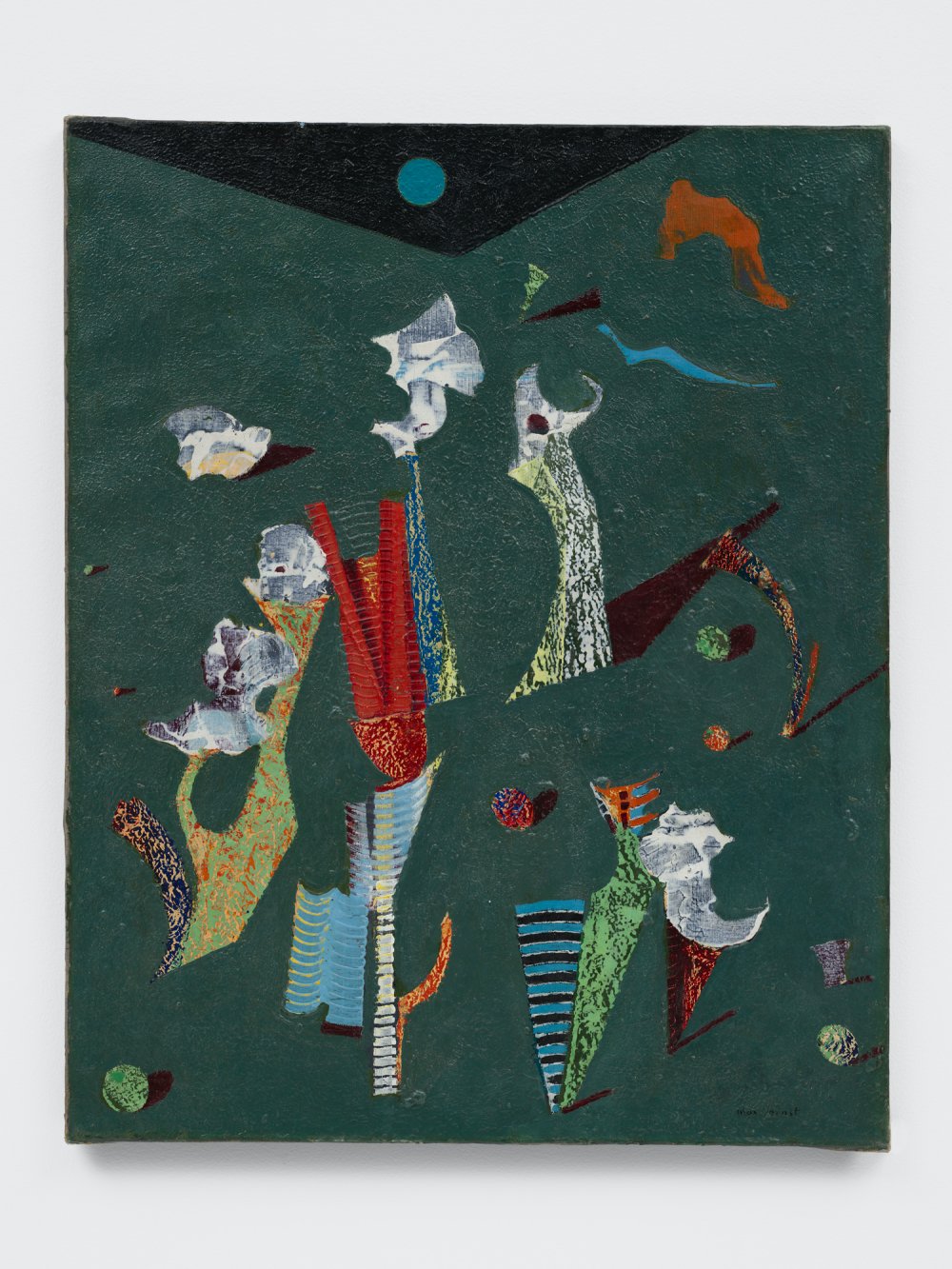 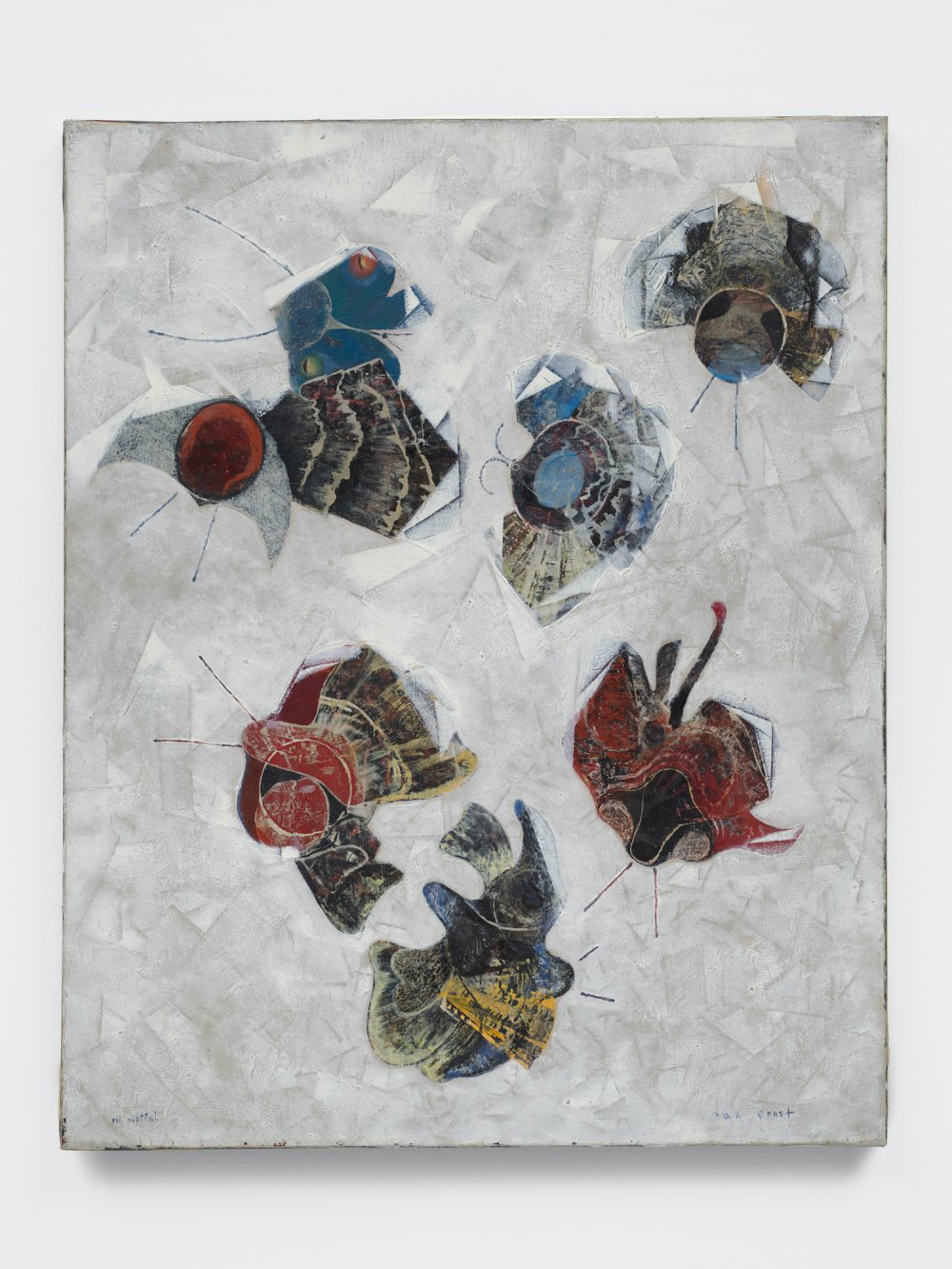 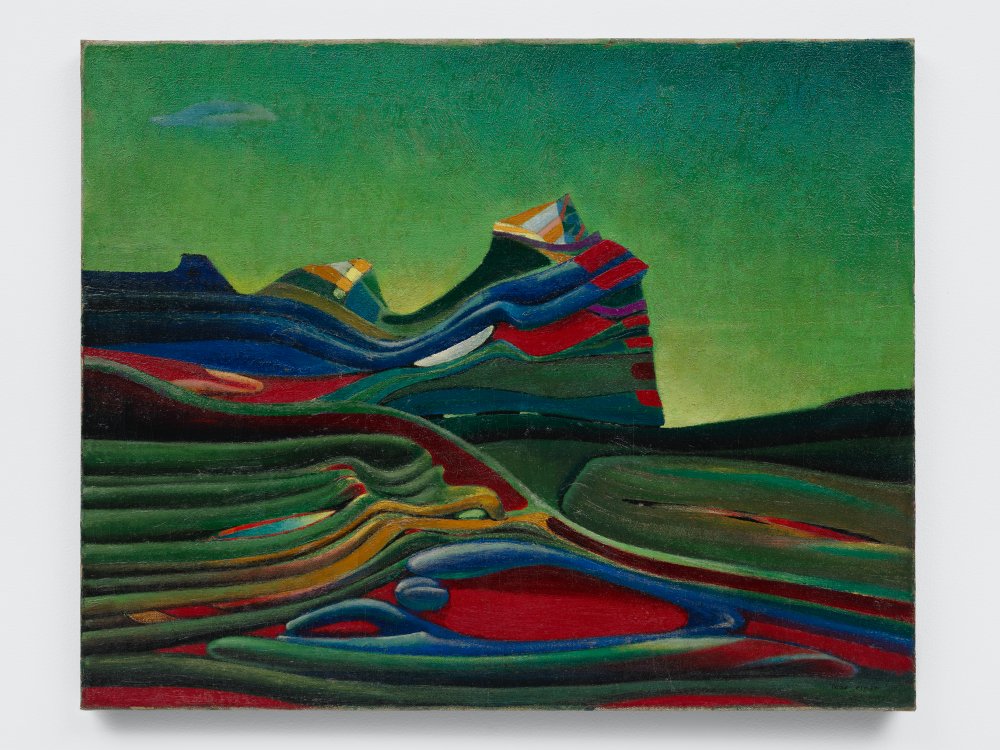 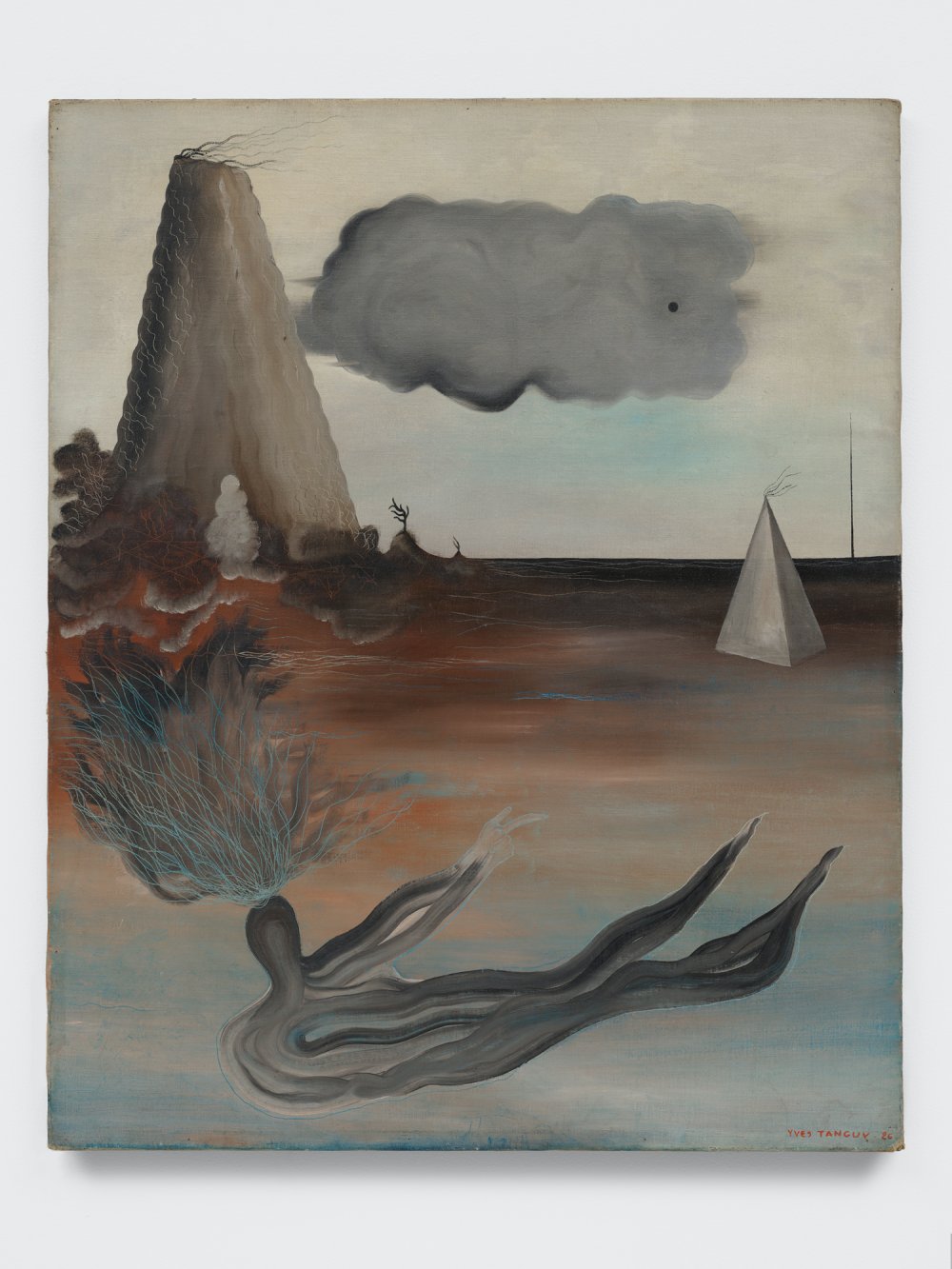 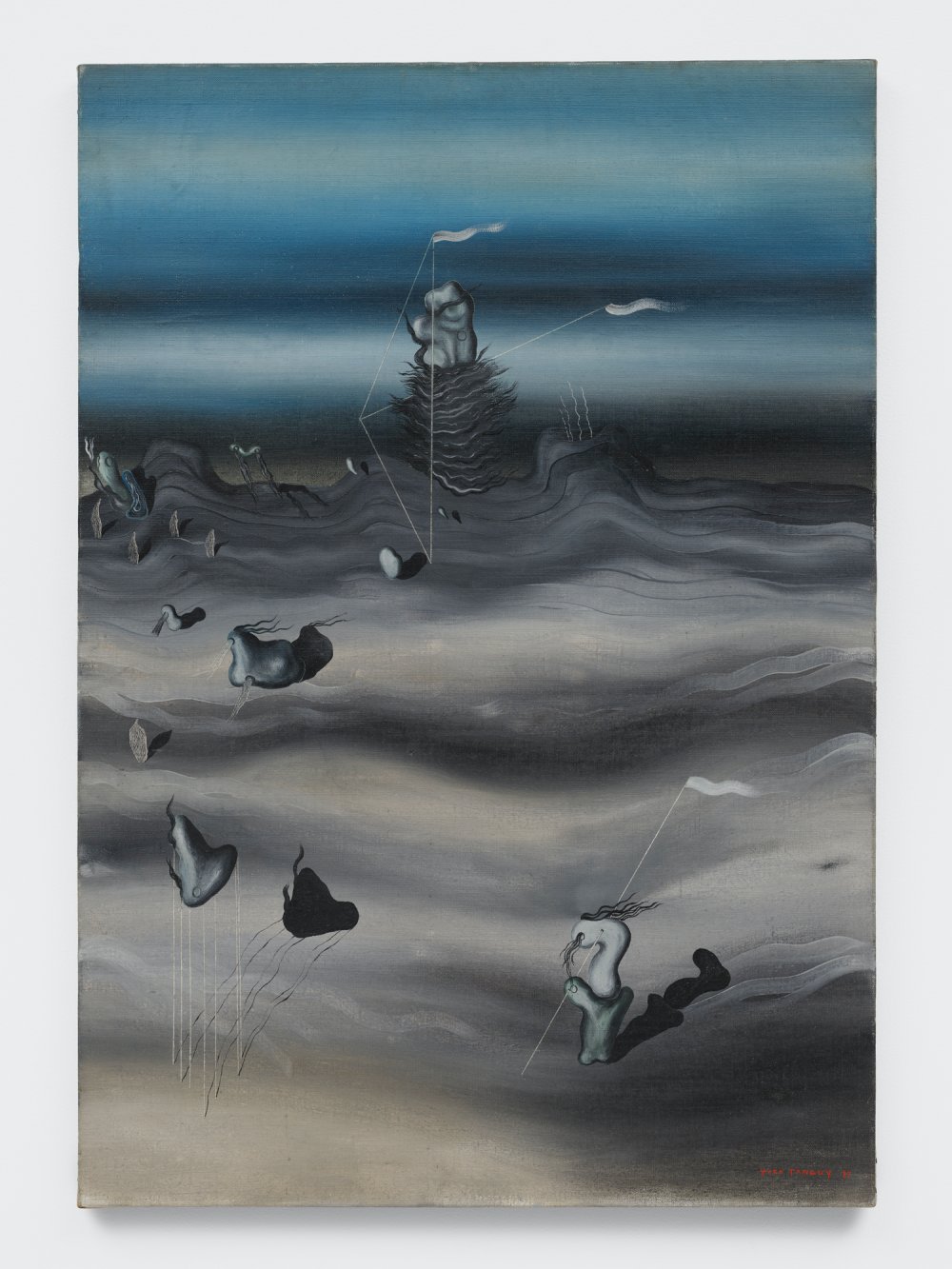 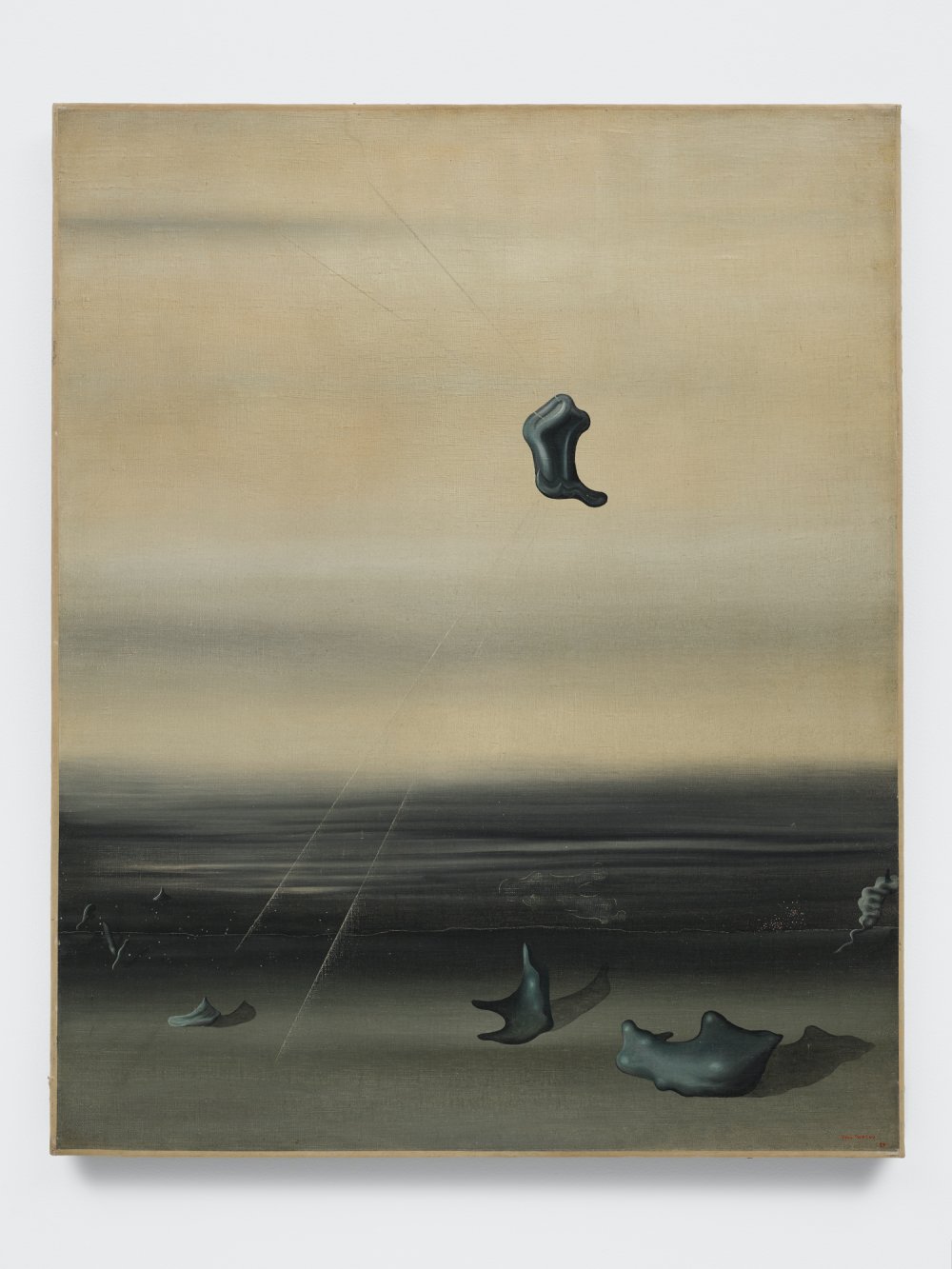 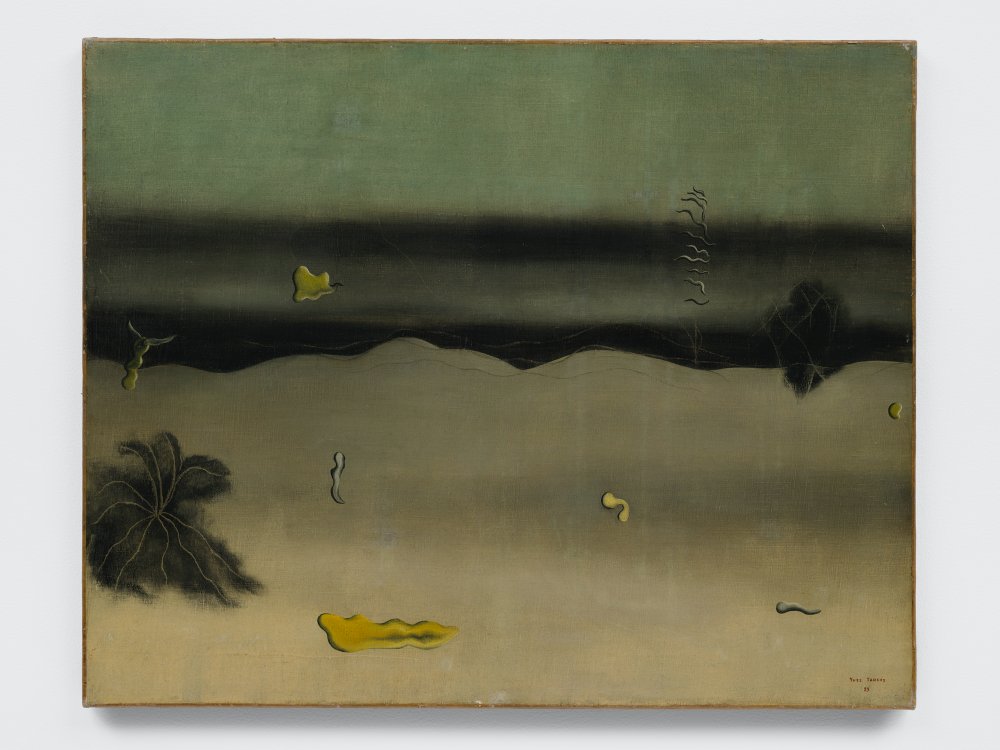 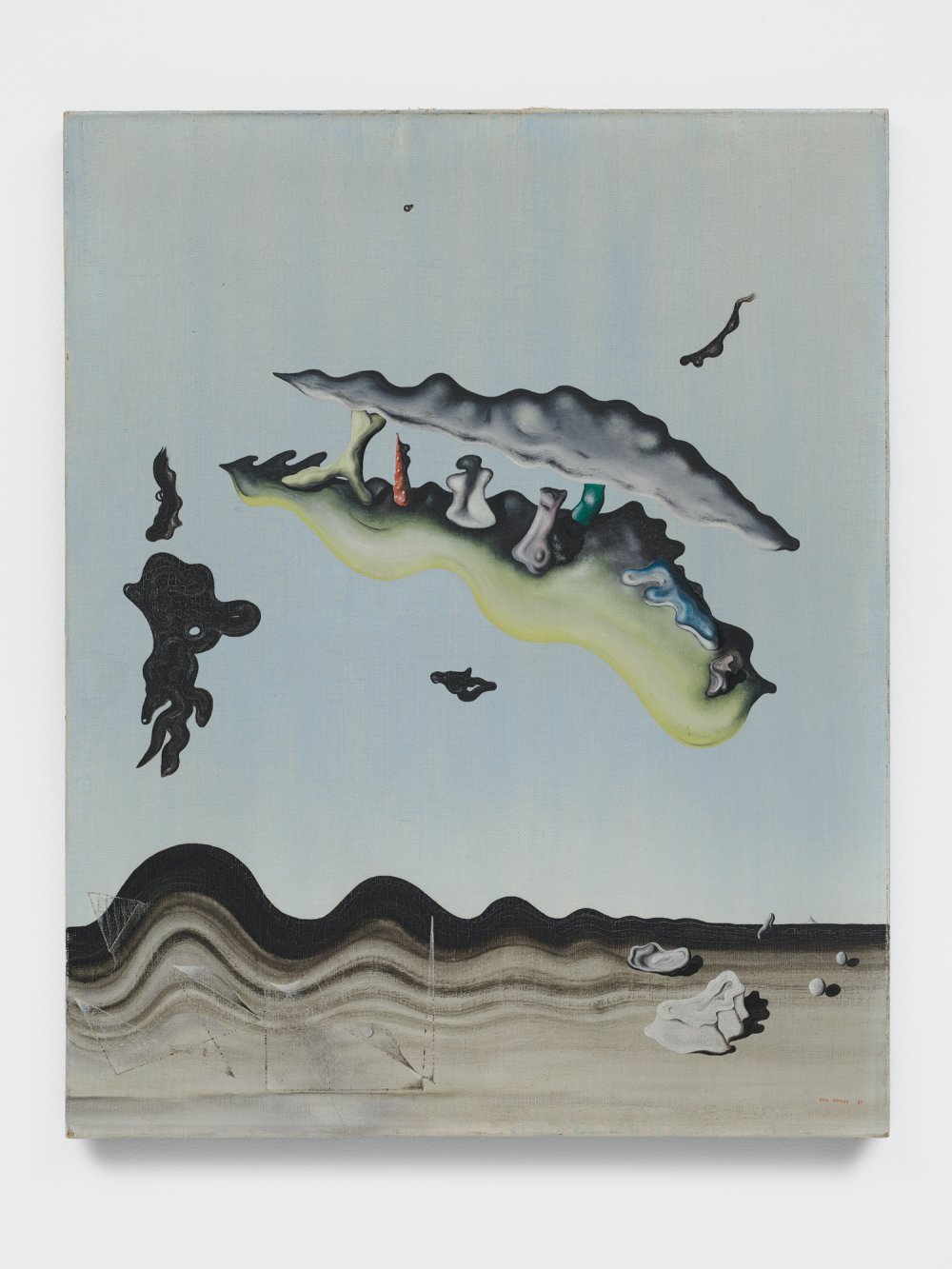 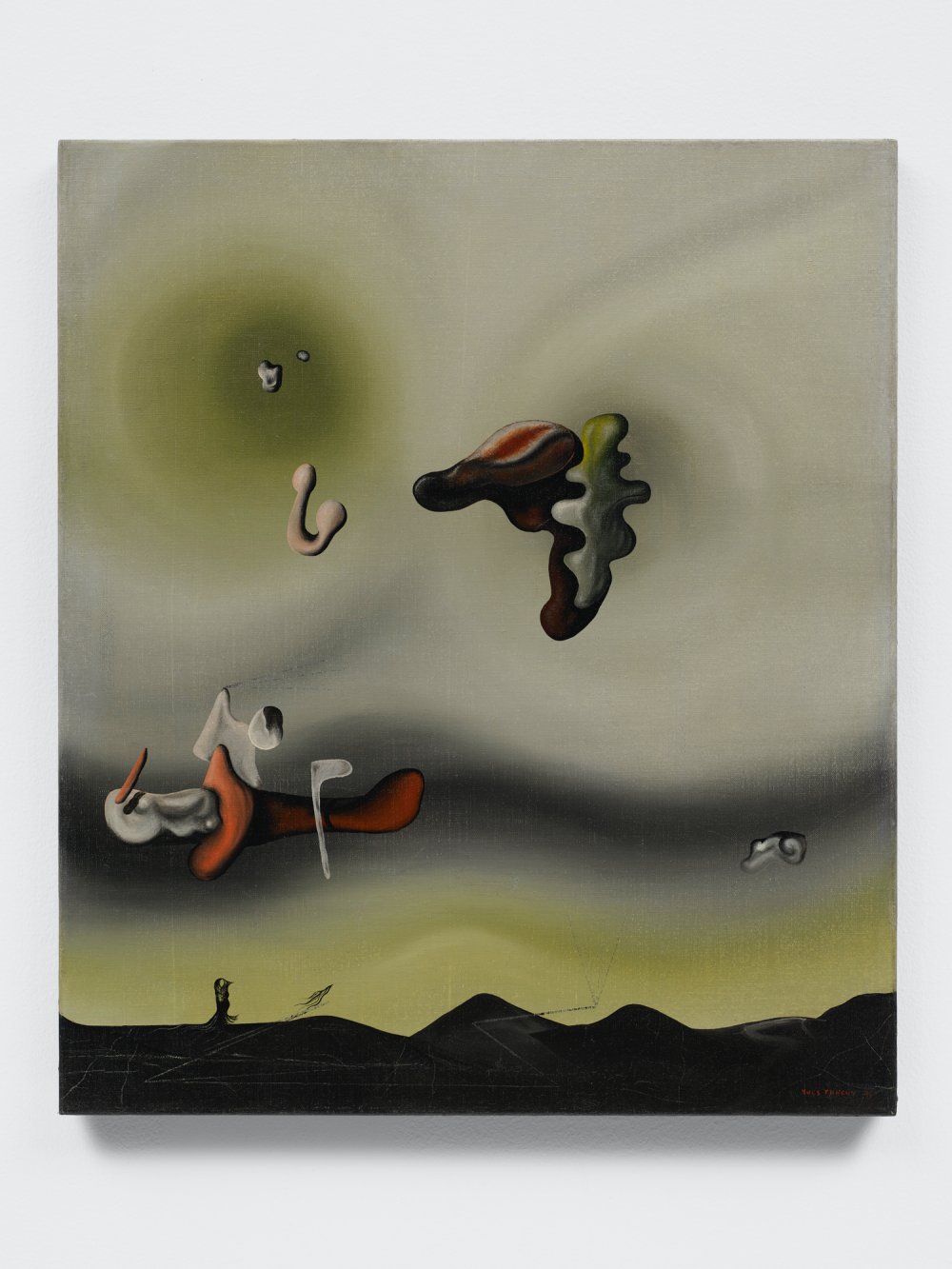 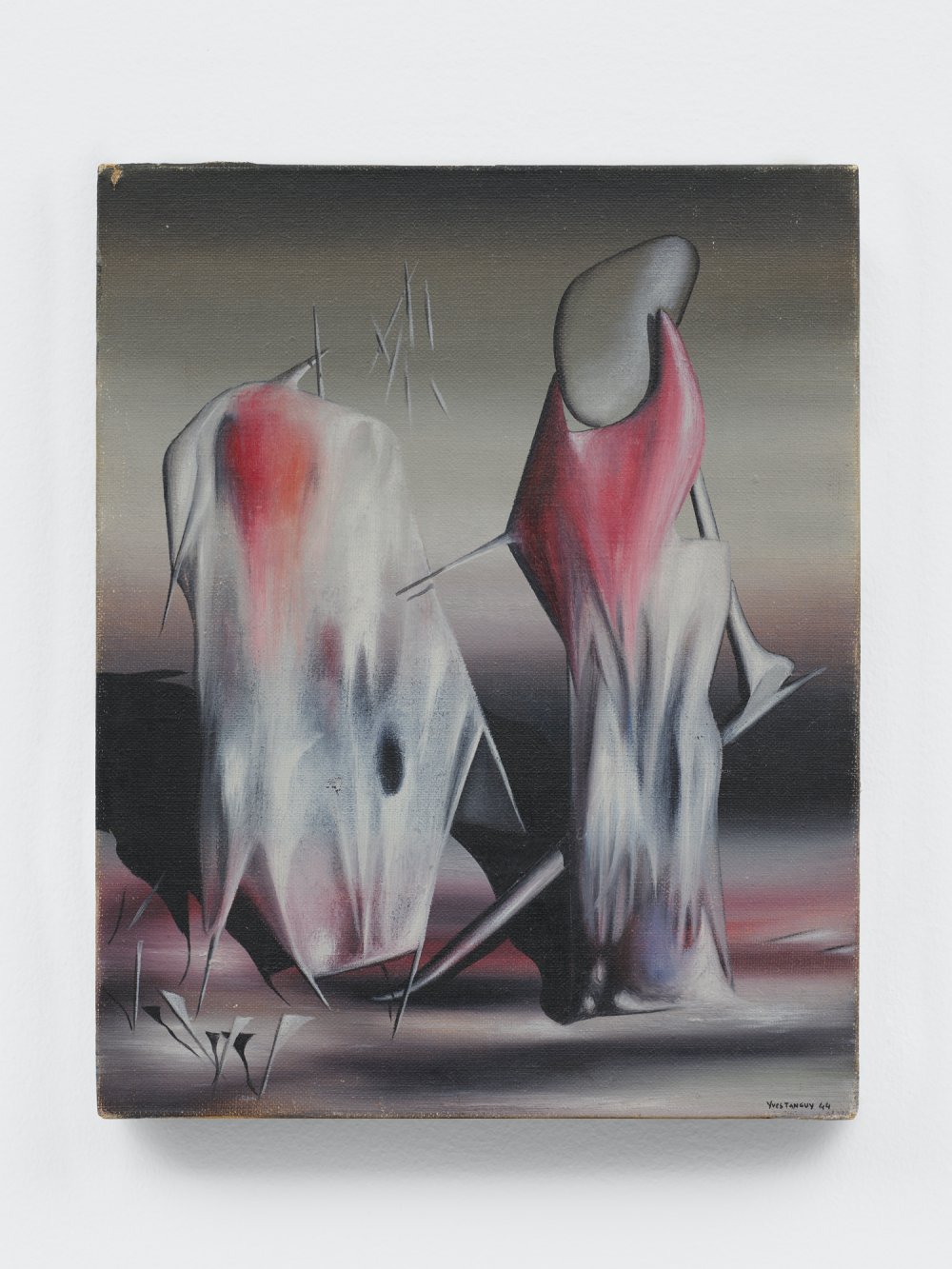 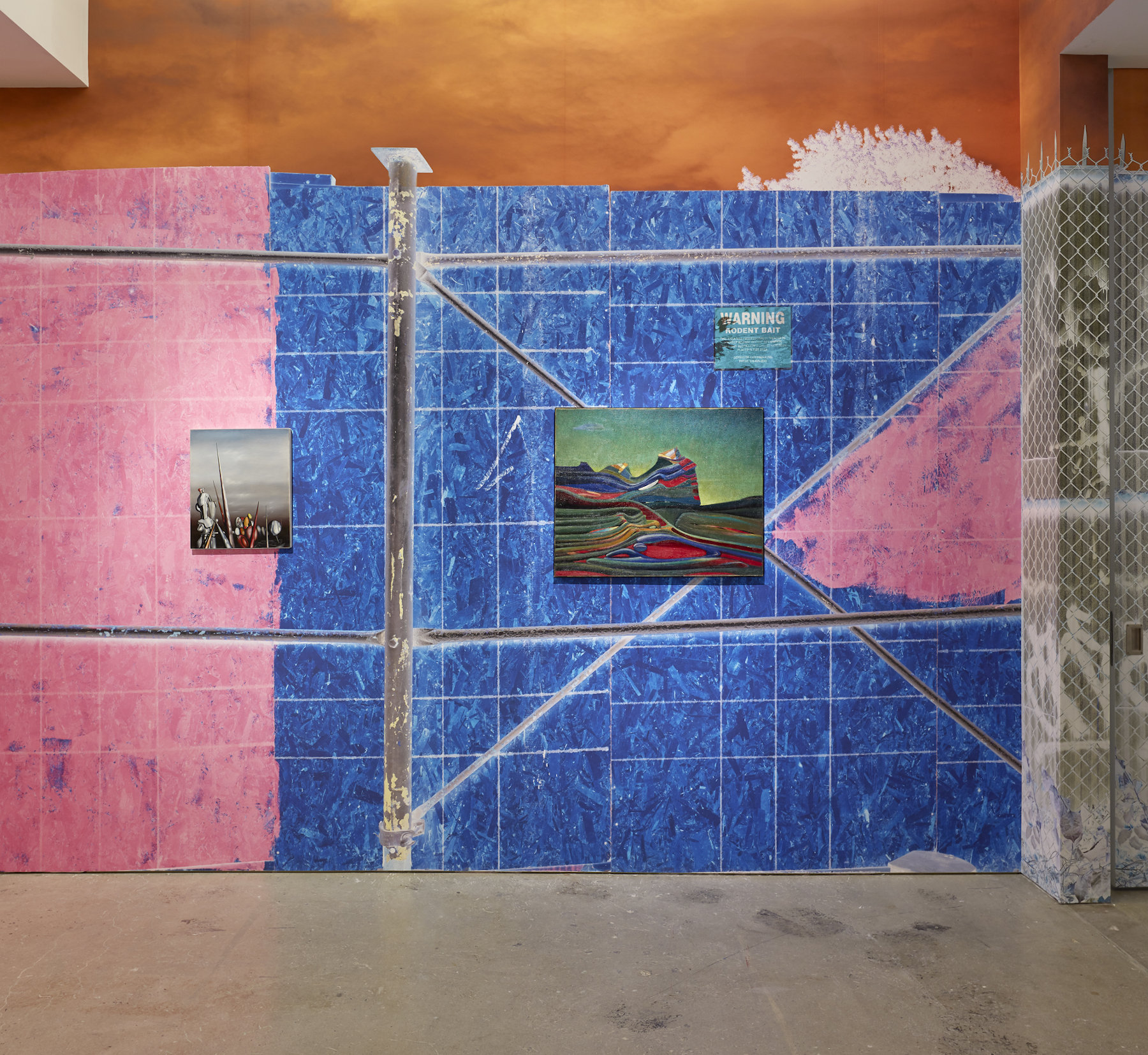 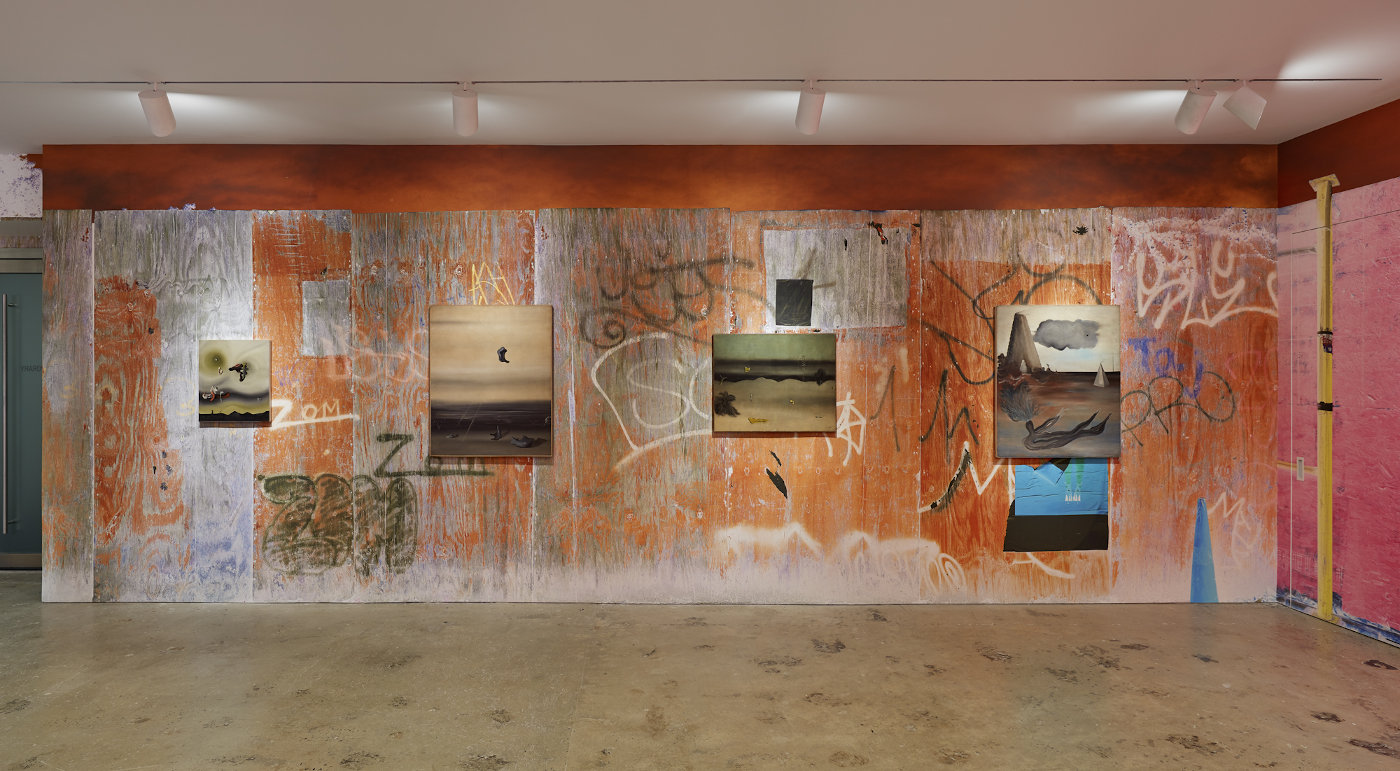 Created during a tumultuous period of Western history—from 1924, in the wake of the First World War, through the 1940s, during the Second World War—the surreal compositions by Max Ernst (b.1891, Brühl, Germany; 1976, Paris) and Yves Tanguy (b.1900, Paris; d. 1955; Woodbury, Connecticut) evoke a potent sense of uneasiness and foreboding. Juxtaposed with Gap-toothed City (2017–20), a floor-to-ceiling wallpaper by Urs Fischer (b. 1973, Zurich), the early 20th-century paintings will be immersed within the contemporary artist’s photographs of New York cityscapes taken over the last three years. Inverted to depict the negative image, Fischer’s enigmatic photographs conjure an agitated, otherworldly reality that has been uprooted and turned inside out. Unifying the mélange of unsettling, mystifyingly beautiful worlds captured by each artist in an enrapturing installation, the exhibition is both a counterpoint to and expression of our own times.

Ernst, then a celebrated Dadaist, and Tanguy, a newly minted painter, joined the Surrealists in Paris amid the devastation of postwar Europe in the 1920s. The group, led by André Breton, developed unprecedented techniques and utilized psychoanalysis to unearth the creative potential of the subconscious. Delving into the psyche, they produced emotive, dreamlike pictures that revolted against modernism’s oppressive rationality. While their works are not overtly political, their subtext—evoked through nightmarish realms affected by their distressing realities—bespeak dark, and often sinister, worlds. The paths of these Surrealist comrades bare notable similarities. Both lacked formal art training, were influenced by the metaphysical paintings of Giorgio de Chirico, worked in Paris until their exile to the United States at the start of the Second World War, and were championed by renowned gallerist-collector Peggy Guggenheim. Yet, true to the idiosyncratic ethos of Surrealism, Ernst and Tanguy each embody a unique aesthetic language. While Ernst parlayed experimental collage techniques such as frottage and grattage into painting to produce illogical visual alchemies, Tanguy populated hazy, unearthly vistas with painterly amorphous shapes guided by the unfettered process of automatism.

Encompassing a wide breadth of source imagery, sometimes recognizable and other times obscured, and embodying rich, textural surfaces, Ernst’s nuanced Surrealist paintings can be traced back to his celebrated, early collage technique that he founded in 1919 as a Dadaist in reaction to the destructive and contradictory experience brought on by the horrors of the First World War. Featured in the exhibition, a series of works produced in the late 1920s alludes to gloomy forests, marked by impenetrable masses of trees. In Bird Cemetery and Fishbone Forests – Grätenwald, (both 1927), a disorienting sense of closeness and height is intensified by opaque, dim hues of viscous paint. These aesthetic facets signal a sense of immense weight and sublime power that defies prescribed reality. In 100,000 Doves (1927), Ernst depicts bird-like forms that have morphed into abstract clusters and flattened by his process of grattage. Ernst takes the representational world around him and distorts it into textural ambiguity, filtering it through his corpus of buried memories and experiences.

On the contrary, Tanguy’s paintings are smooth, tonally gradated compositions created entirely from his imagination without premediated sketches. Although his works subliminally reference the natural world, often encompassing a horizon line, they present themselves as impossible environments populated by abstracted, often eerie, biomorphic forms upon bottomless abysses that defy gravity and space. Moreover, they summon bizarre, nightmarish visions and an ominous sense of disquiet and isolation, as explicitly expressed in some of the titles, such as Time of Foreboding (1929) and Distances (1944). In the latter, an unsettling depiction of two ghostly forms, cloaked in web-like veils, lacking concrete bodies or faces, preside in a desolate setting of seemingly infinite space. Responding to the Second World War, Tanguy’s later works often incorporate violent iconography, such as The Waterseekers (1945) and The Sifter of Gold (1945), which feature sharp, metallic shapes that suggest militaristic weapons and machinery.

These works poignantly express the artists’ inner turmoil in response to an era marked by significant changes, from the unprecedented death tolls of the war to the rise of communism and fascism in Europe and the Great Depression. Turbulence and uncertainty manifested as a catalyst of creativity for Ernst and Tanguy, and surely as an impetus for the contemporary artist Urs Fischer, whose Gap-toothed City articulates the anxiety-ridden zeitgeist of today. Celebrated for his bold, playful works that often defy scale, material, presentation, and categorization, the Swiss-born multidisciplinary artist recalls the otherworldly essence of Surrealism in a contemporary context. Exhibited for the first time, Gap-toothed City transforms the gallery space by enveloping the walls with enlarged photographs of a desolate New York City. In the artist’s installation, we encounter an urban setting of metal fences and boarded lots, which have been transformed by their surroundings. The permutation of graffiti, unsolicited ads, regulatory notices and warnings, as well as natural dilapidation, organically collages the landscape. Furthering the sense of distortion, Fischer uses the photographic negative, which inverts the light and dark areas and alters the colors into their complementary counterparts. The resulting work, marked by dusty orange skies, charcoal clouds, and vivid-neon walls, manifests as a psychedelic dreamscape and renders our once-familiar world foreign. Summoning the strange and disquieted creations of Ernst and Tanguy, Fischer rouses a spatial metaphor for the angst of our contemporary psyche.

Presenting the mysterious, visual languages of Max Ernst and Yves Tanguy in a new light alongside the contemporary perspective of Urs Fischer, SUPERUNKNOWN captures creative expression in the throes of unrest and unearths through the haze of darkness an eccentric, fantastical beauty.