Some years on from their first solo exhibition in Italy, Sun Yuan and Peng Yu – two prominent figures of the contemporary Chinese panorama – return to Galleria Continua in San Gimignano. Internationally known for the often destabilising and provocative nature of their works and for the use of unusual materials, the artists began their collaboration at the end of the ‘90s. 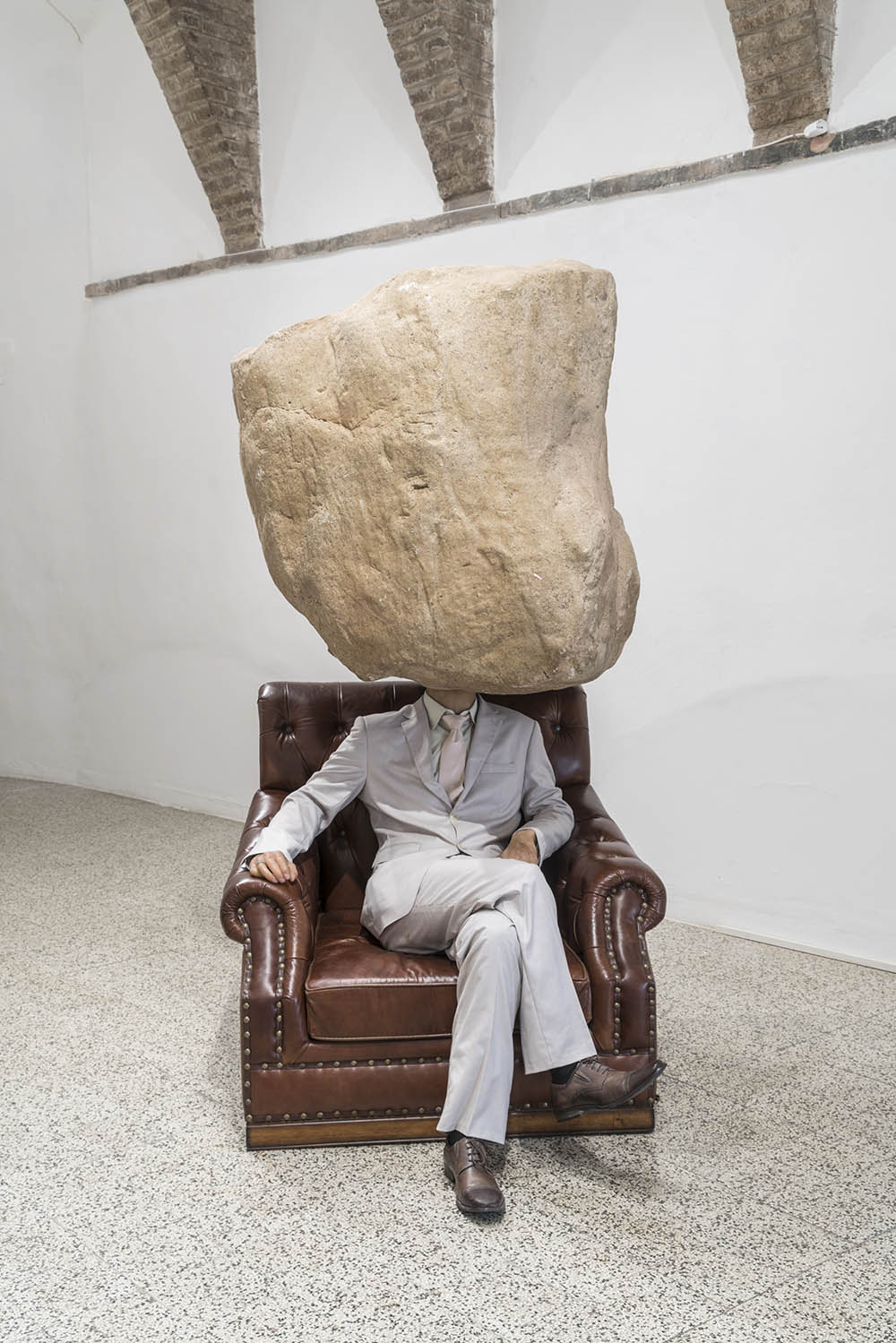 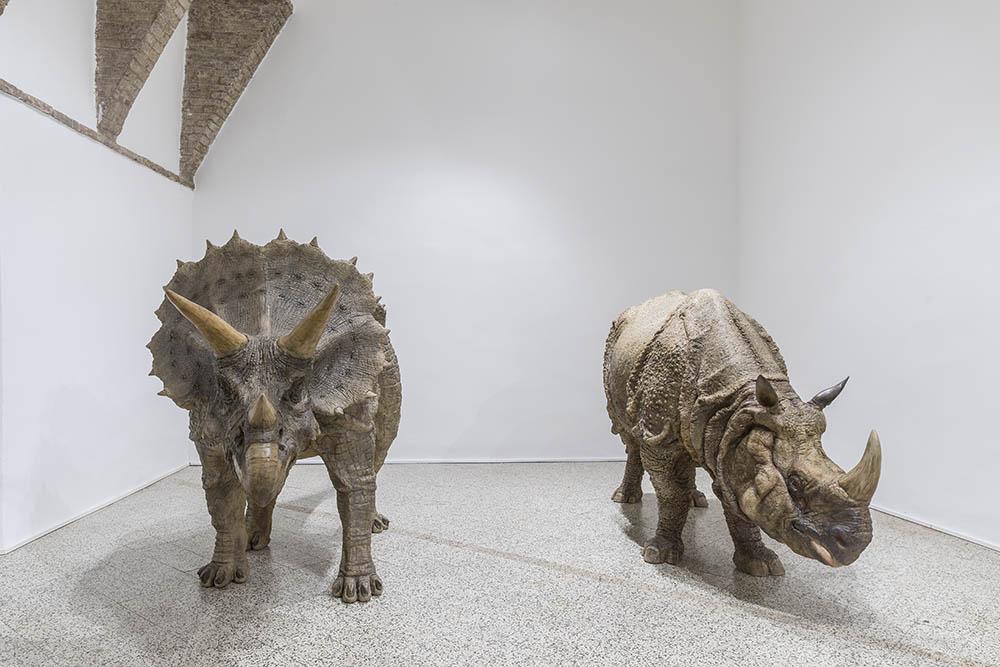 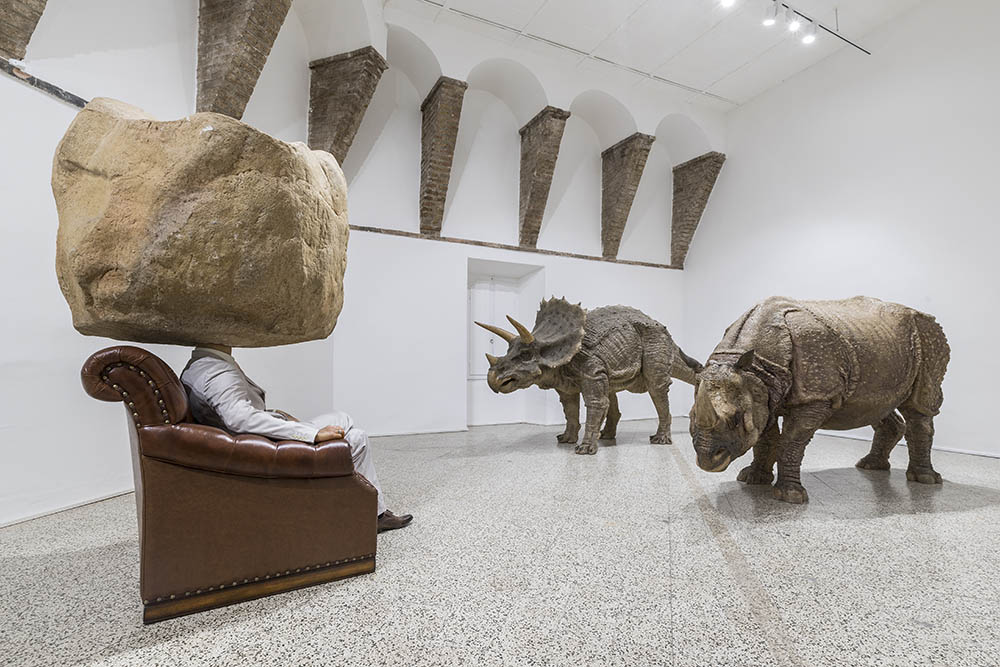 Sun Yuan and Peng Yu’s work centres on the unceasing confirmation of paradox and the perpetual exploration of the duality between white and black, reality and untruth, that which is manifest and that which is concealed. Their work demonstrates a constant analysis of life through experience, in which often the public is also invited to take part, with the aim of finding the essence and substance which are hidden behind appearances.

Existential conflicts, the human condition, an obsession with death and old age, and violence are all themes which they address, placing the spectator in front of scenes that are devoid of any conventional filter. Video, photographs, documentaries and installations are sometimes inspired by reality, which the personal gaze of the artists modifies and transforms, presenting us with unsettling images in which irony – at times, bitter – reveals deeper meanings. “I didn’t notice what I am doing” is a perfect example: an installation composed of a series of objects which gives centre stage to the subliminal dimension which underlies cognitive processes and daily actions. Contemplating the animals represented (a rhinoceros and a triceratops), our brain automatically establishes connections and similarities which have no basis in reality, nor any scientific relevance. In another work, entitled “Teenager Teenager”, we reflect instead on the limits of communication and on generational conflicts, but also on the possibility of changing and protecting what we have: reclining on leather sofa a man well- dressed, on his head a cumbersome boulder prevent any seeing at all.

Their interest in unusual materials (from human fat tissue, to live or stuffed animals and dead foetuses), combined with a hyper-realistic style and an extraordinary intuitive ability, renders Sun Yuan and Peng Yu’s works intense and unique. In the most recent installations and performances, organic materials are substituted by synthetic ones, and “omnipotent machines” characterised by a great technical virtuosity act as a metaphor for a consumerist society which has lost its way.

Sun Yuan & Peng Yu are among the artists invited by Ralph Rugoff to take part in the 58th Venice Biennial. 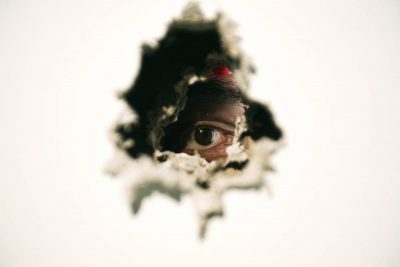