Findlay Galleries presents a group exhibition of works by various artists displaying a wide breadth of formats, mediums, and styles. From Henrik Simonsen’s rich colors, industrial textures, and serene drips and John Ferren’s bold yet delicately balanced compositions, from Fritz Rauh’s organic organisms and Ward Jackson’s dynamic hard-edged forms painted on his pioneering diamond-shaped canvases; this carefully selected and diverse group is sure to include the perfect work of art for your collection. 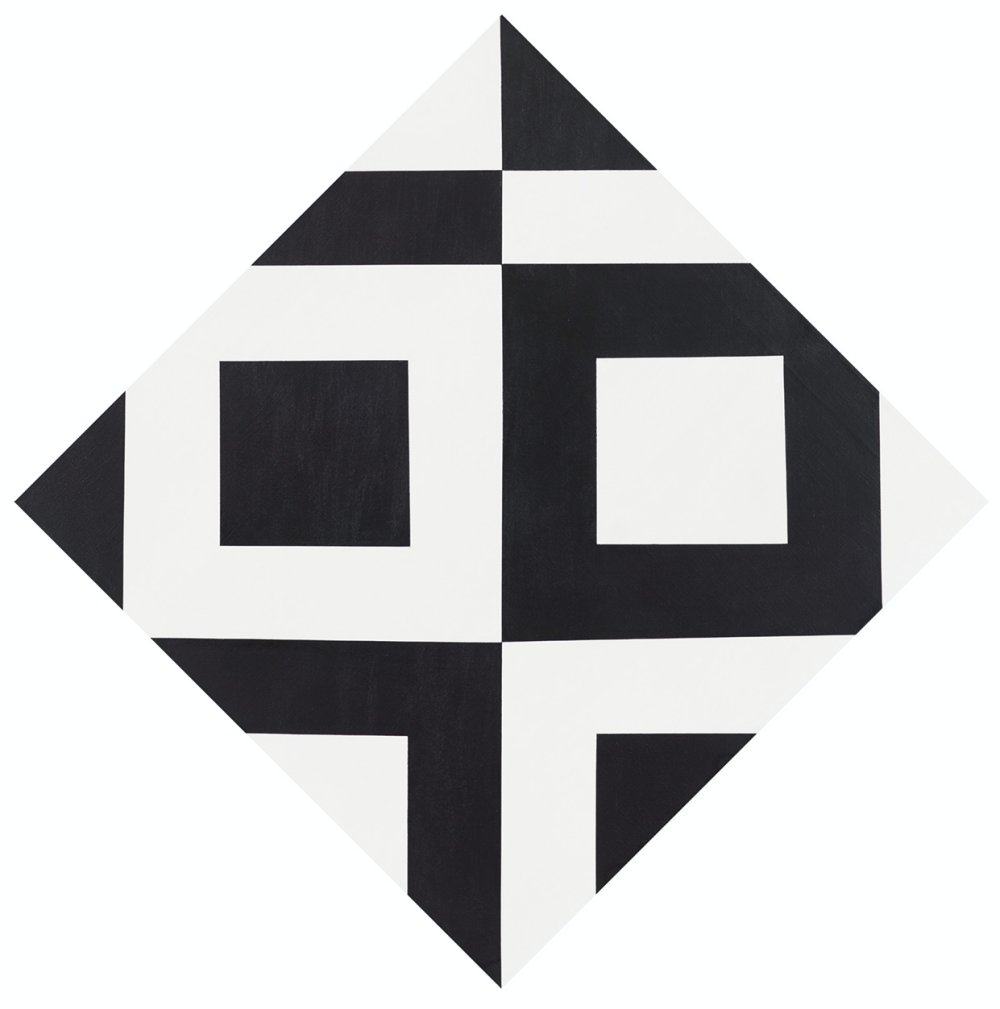 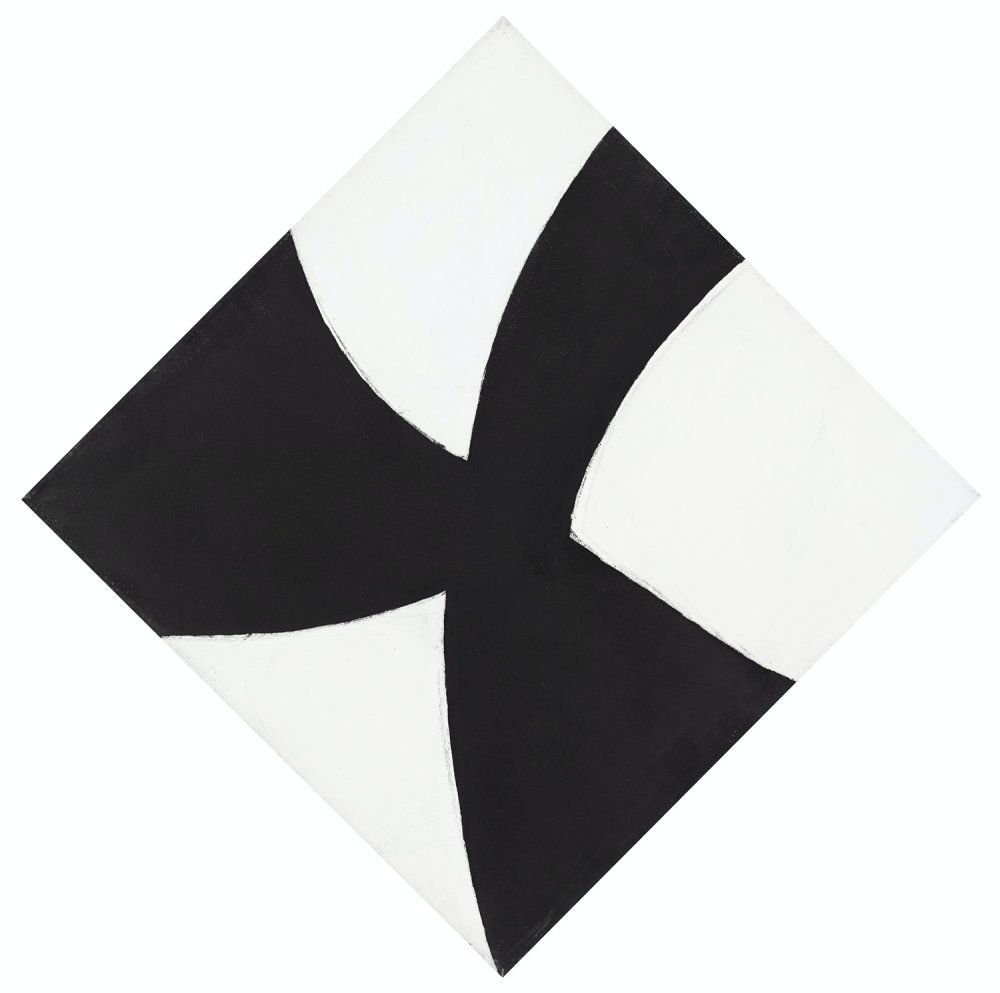 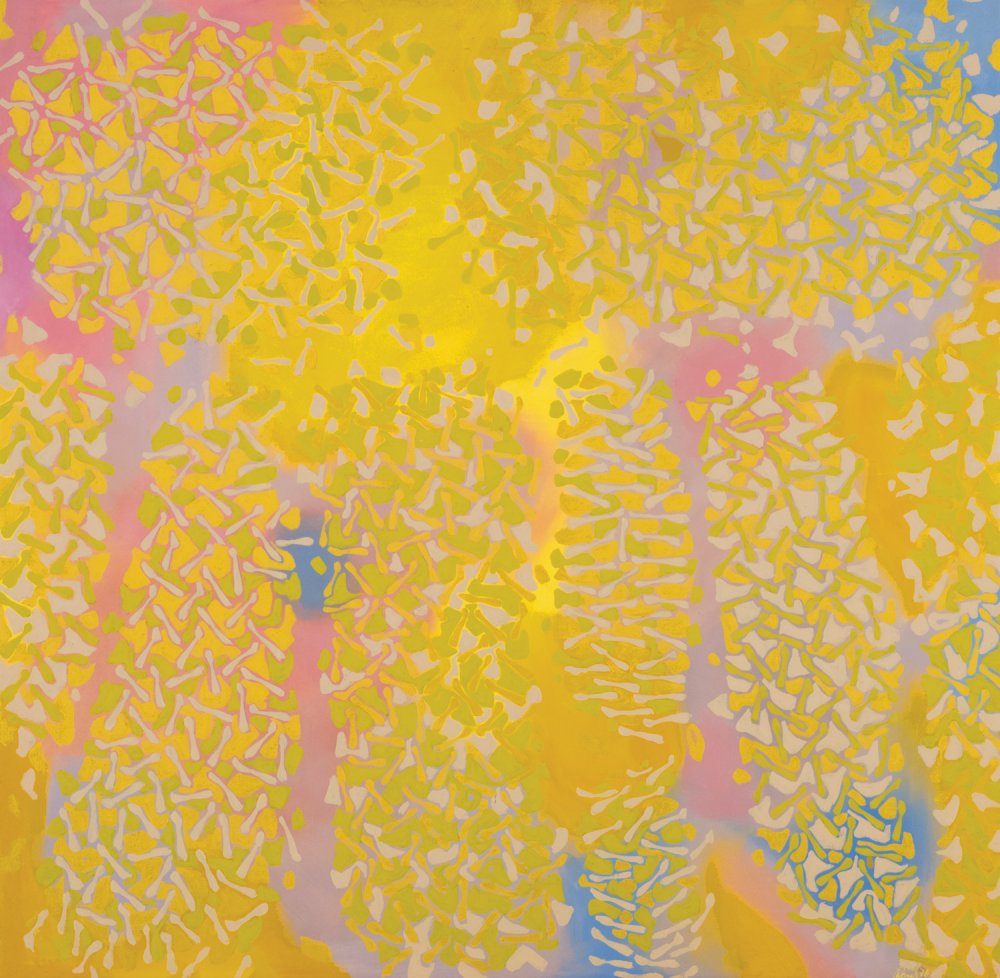 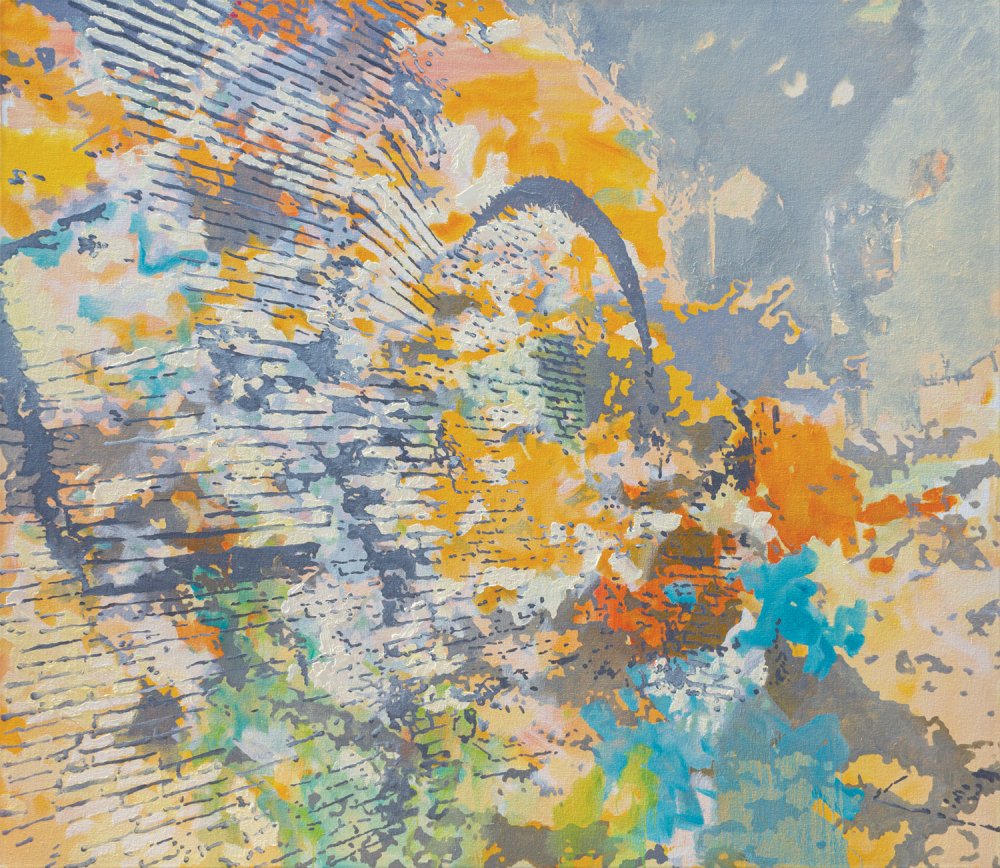 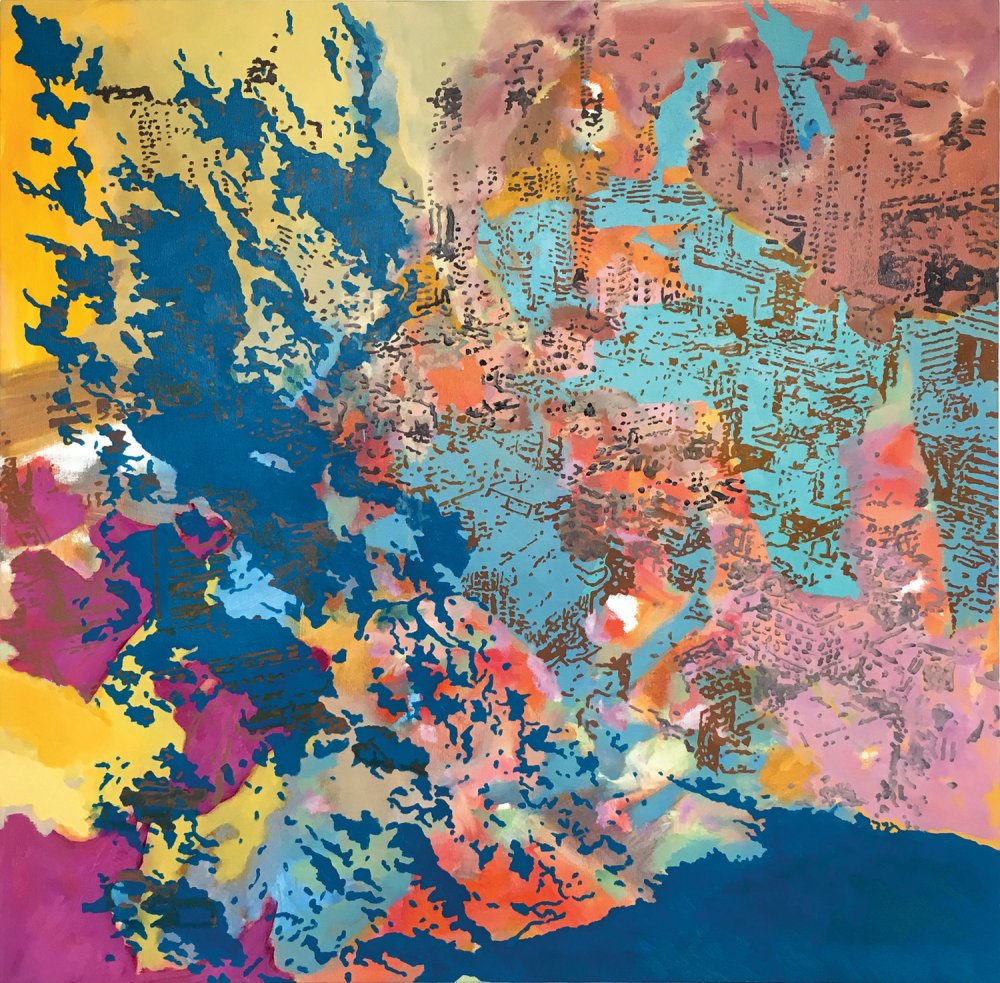 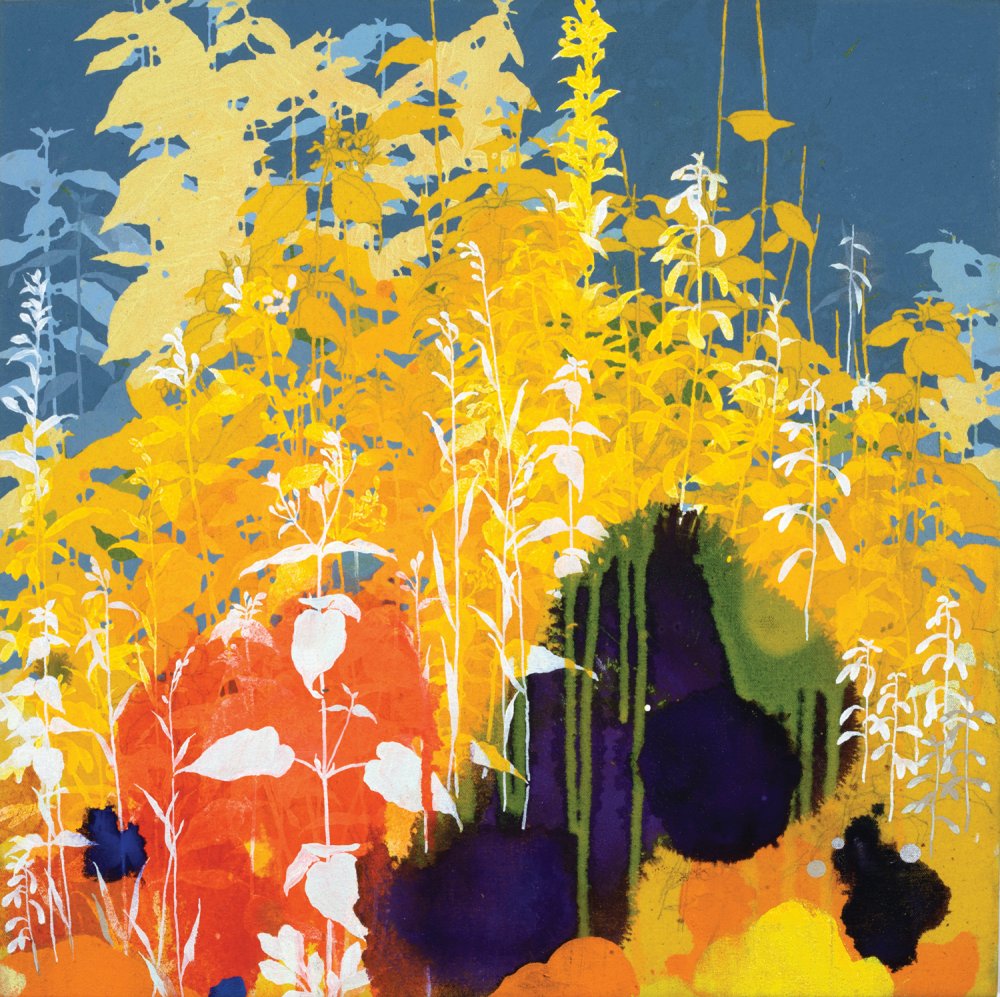 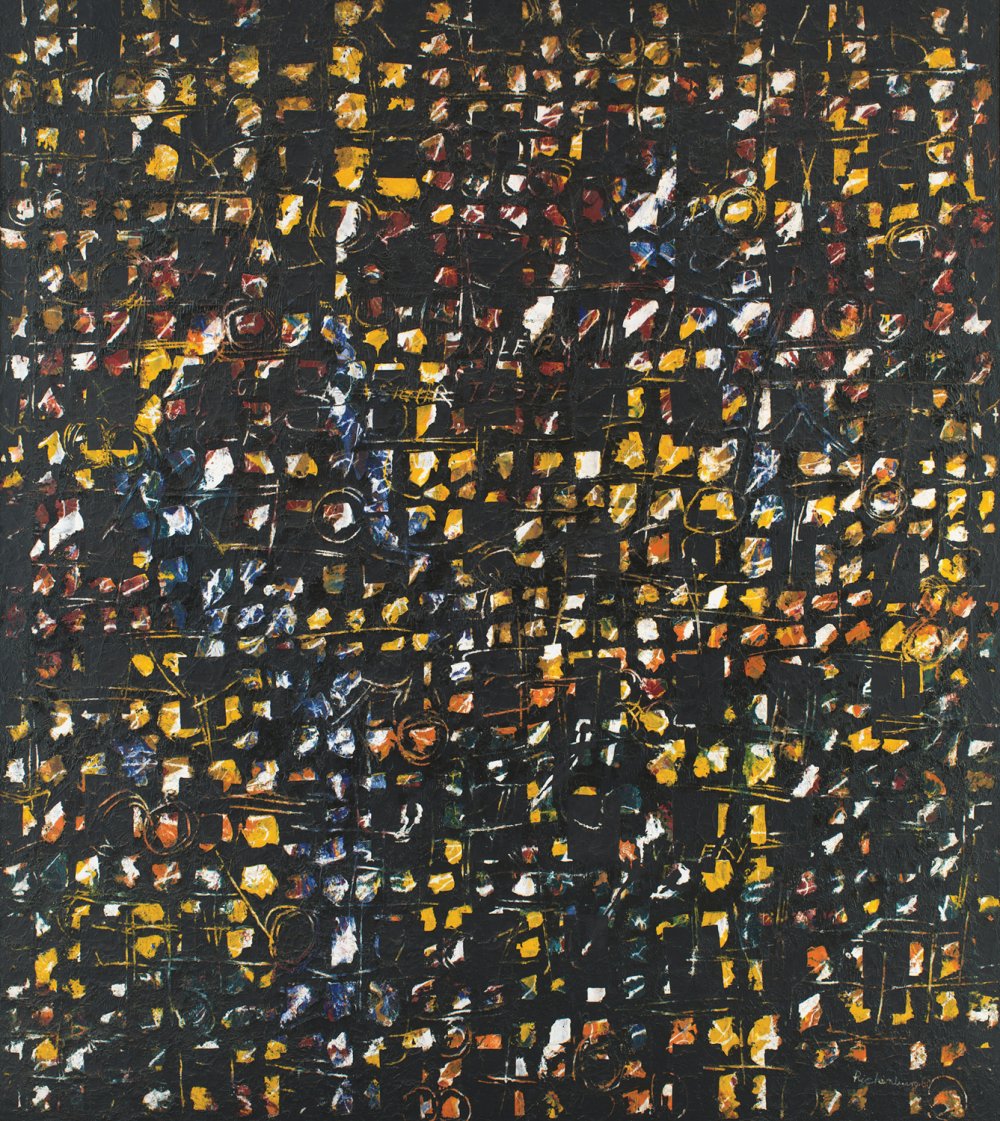 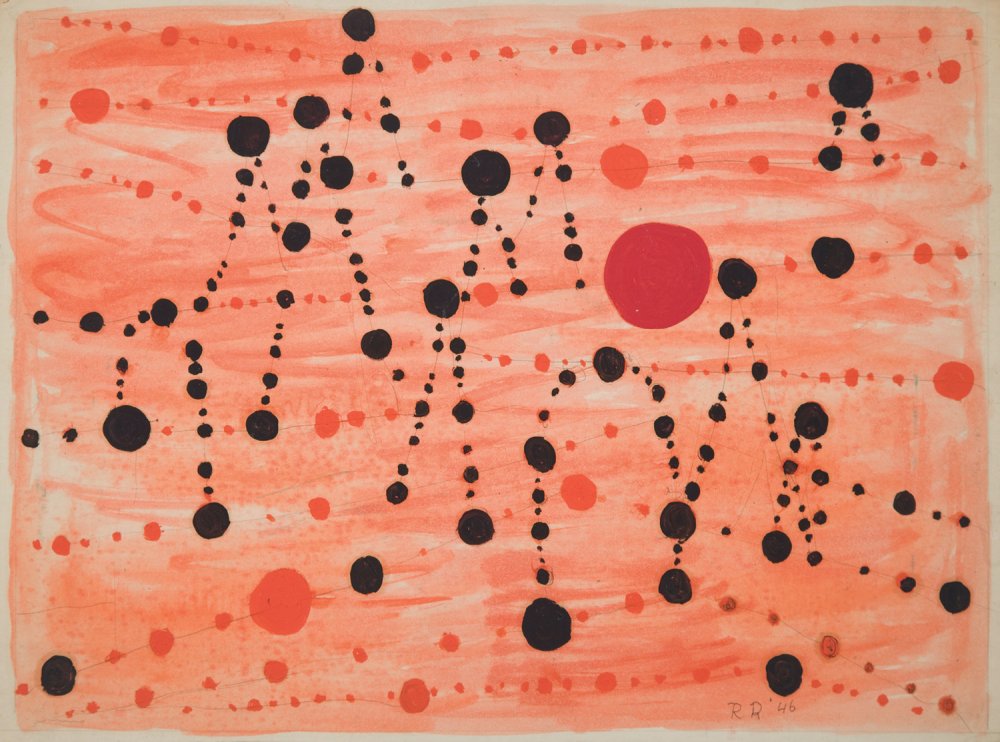 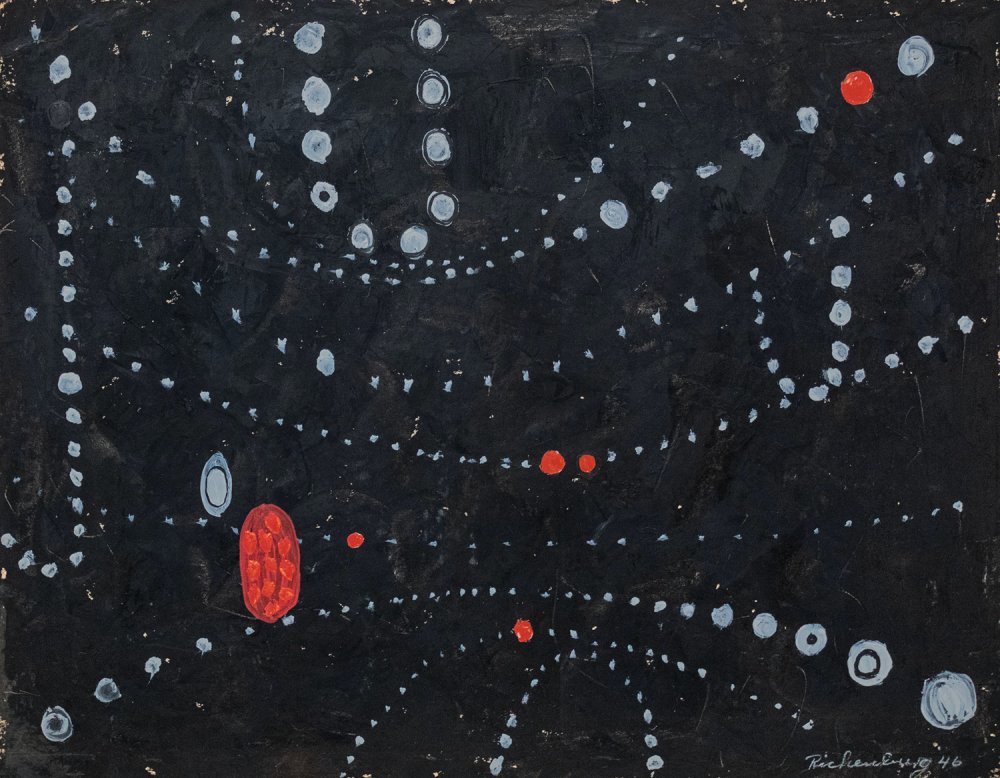 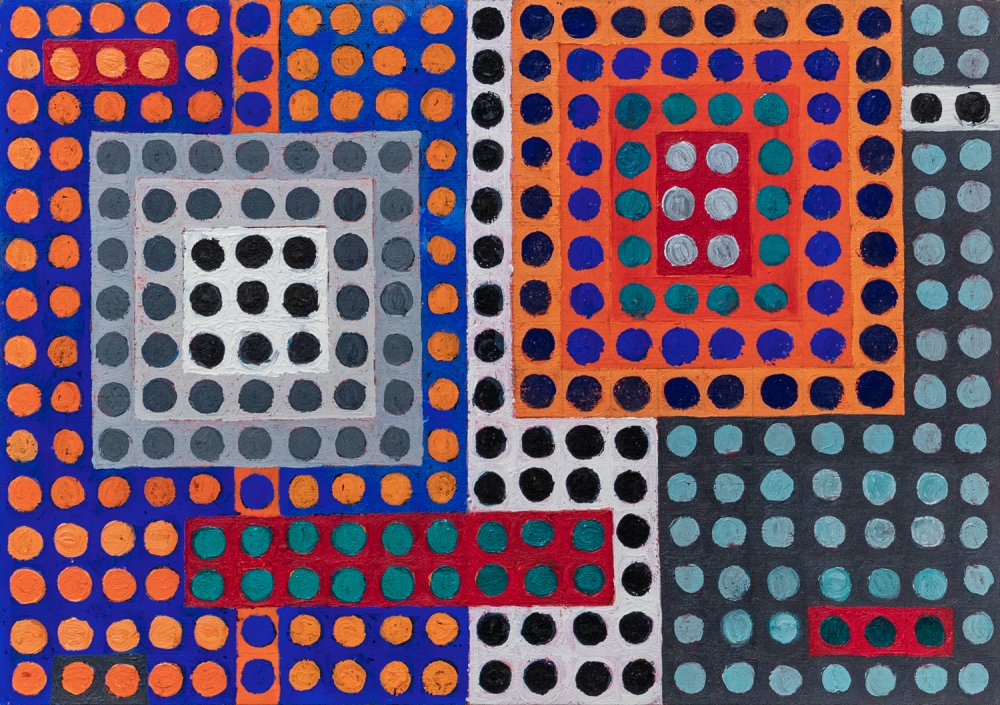 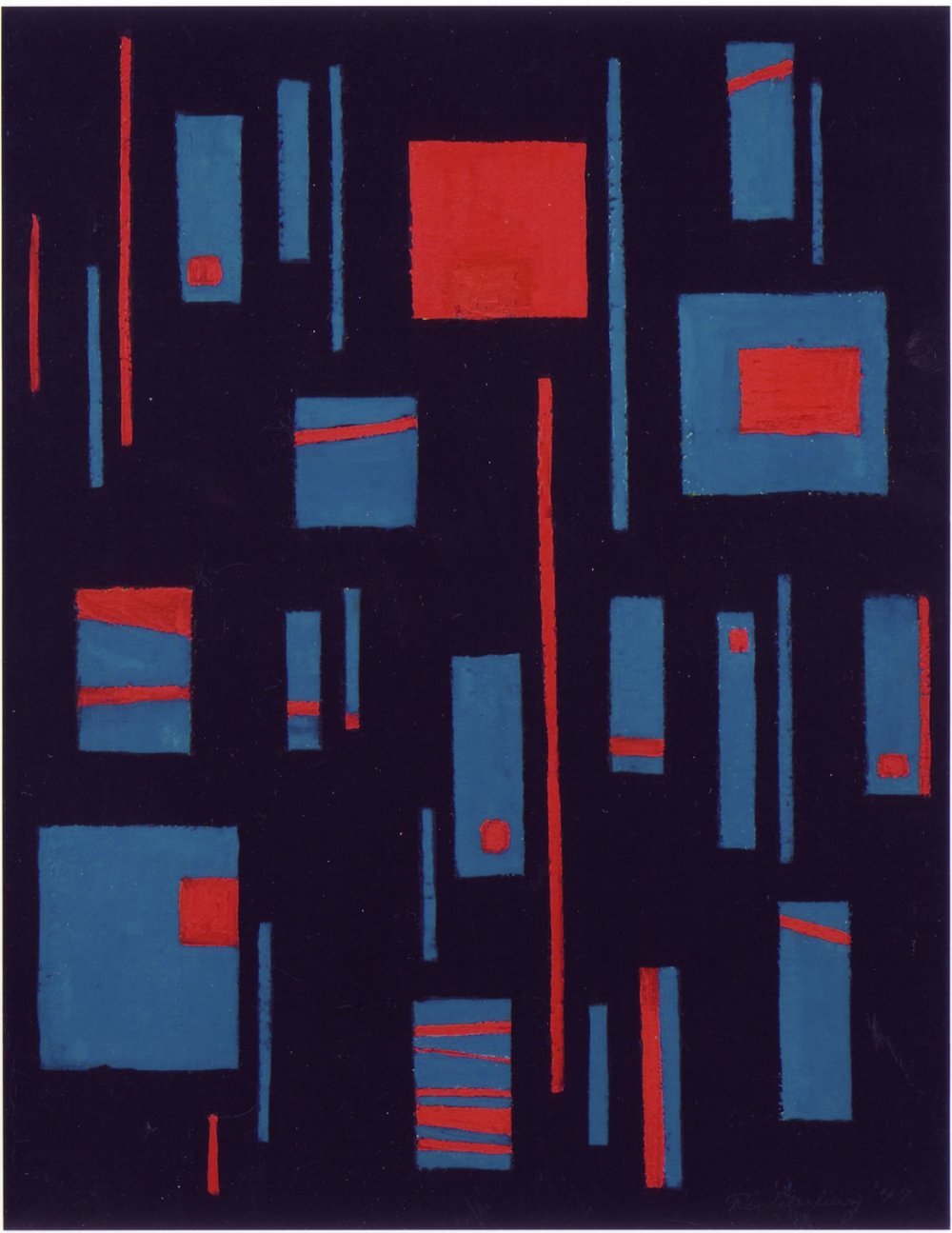 Robert Richenburg
No Way Out, 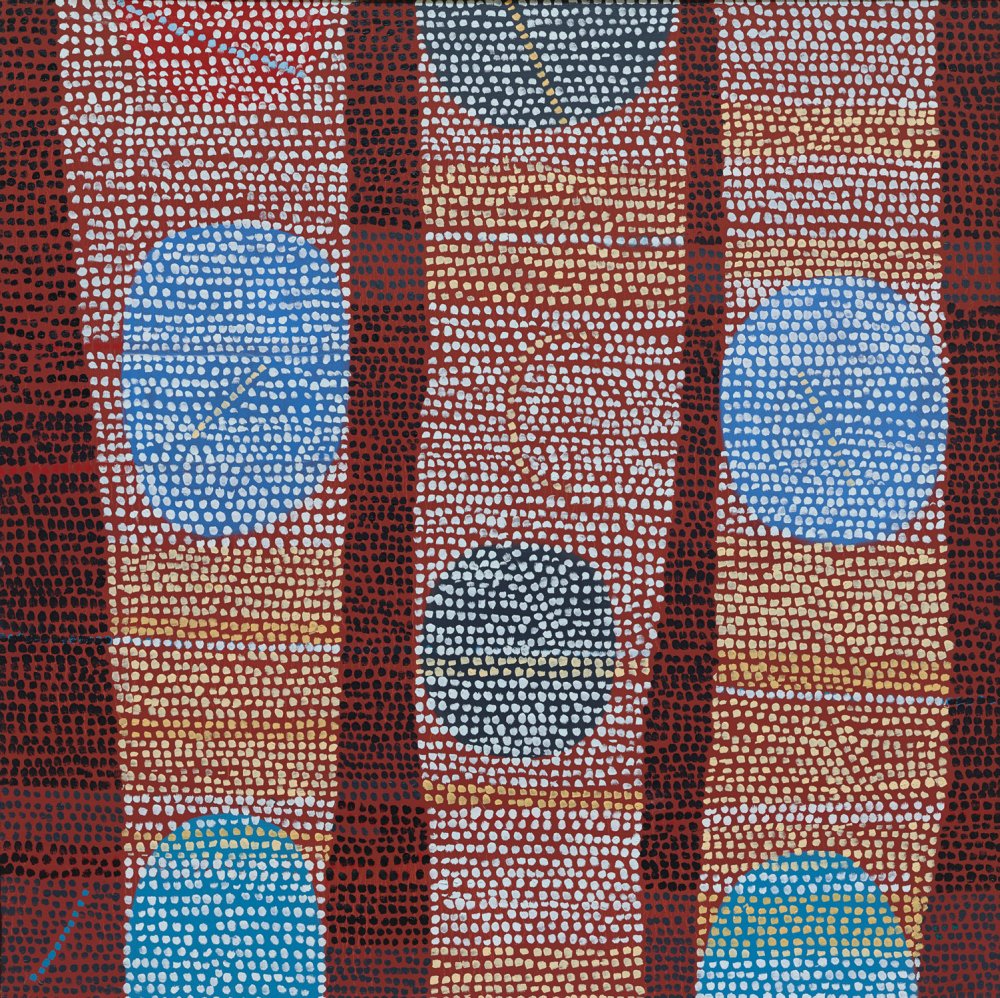 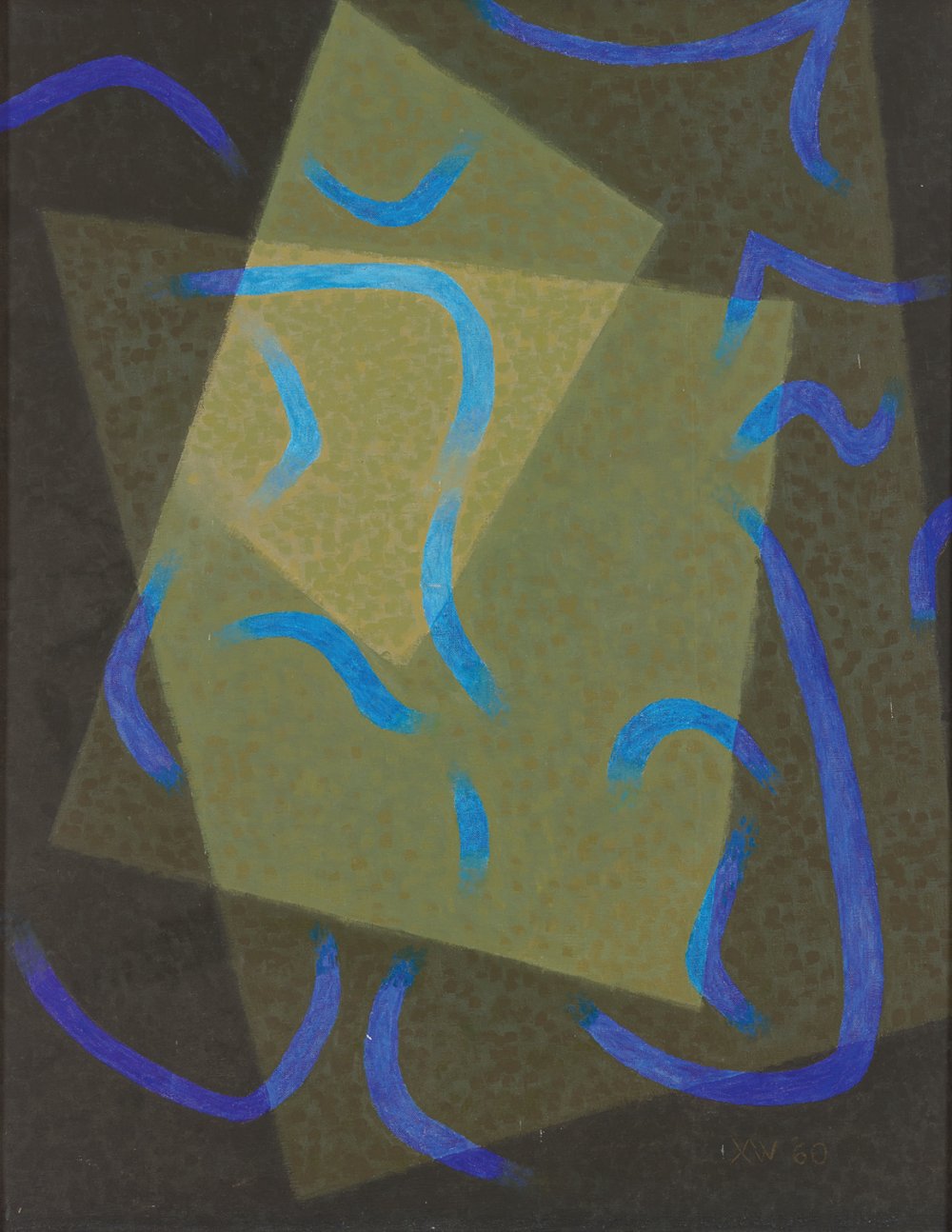 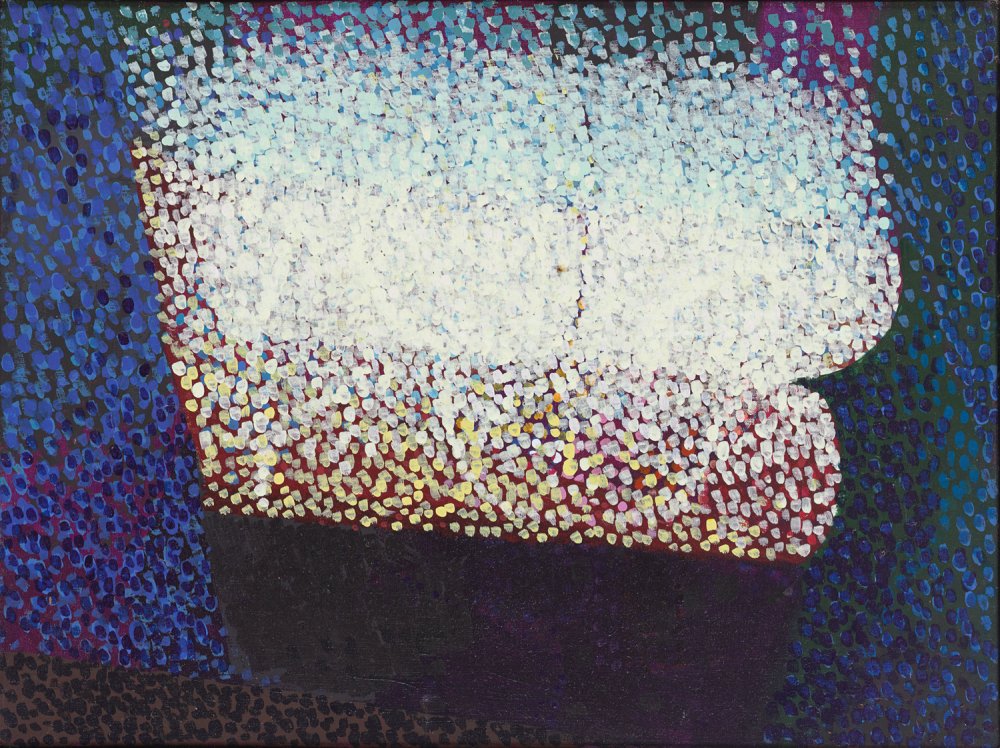 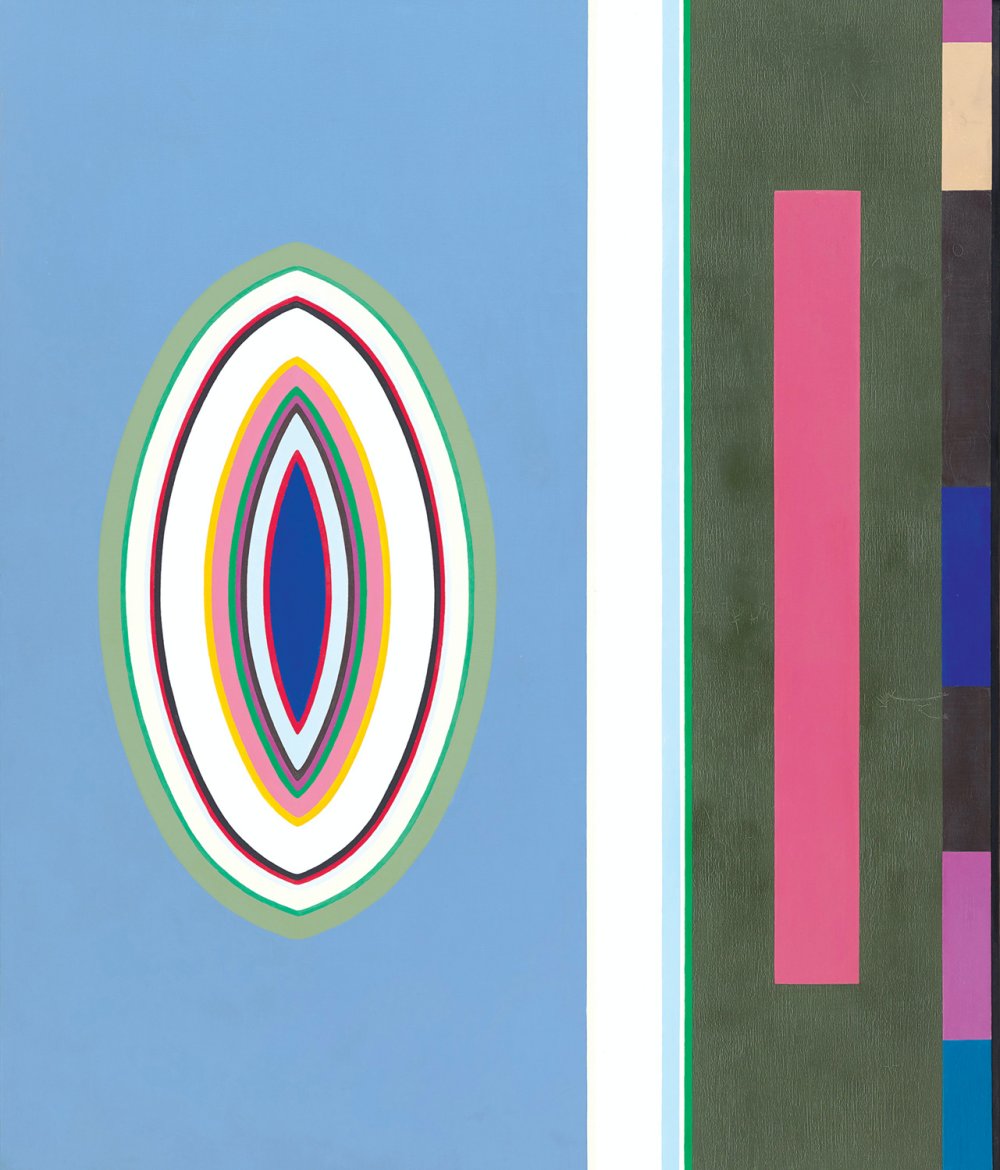 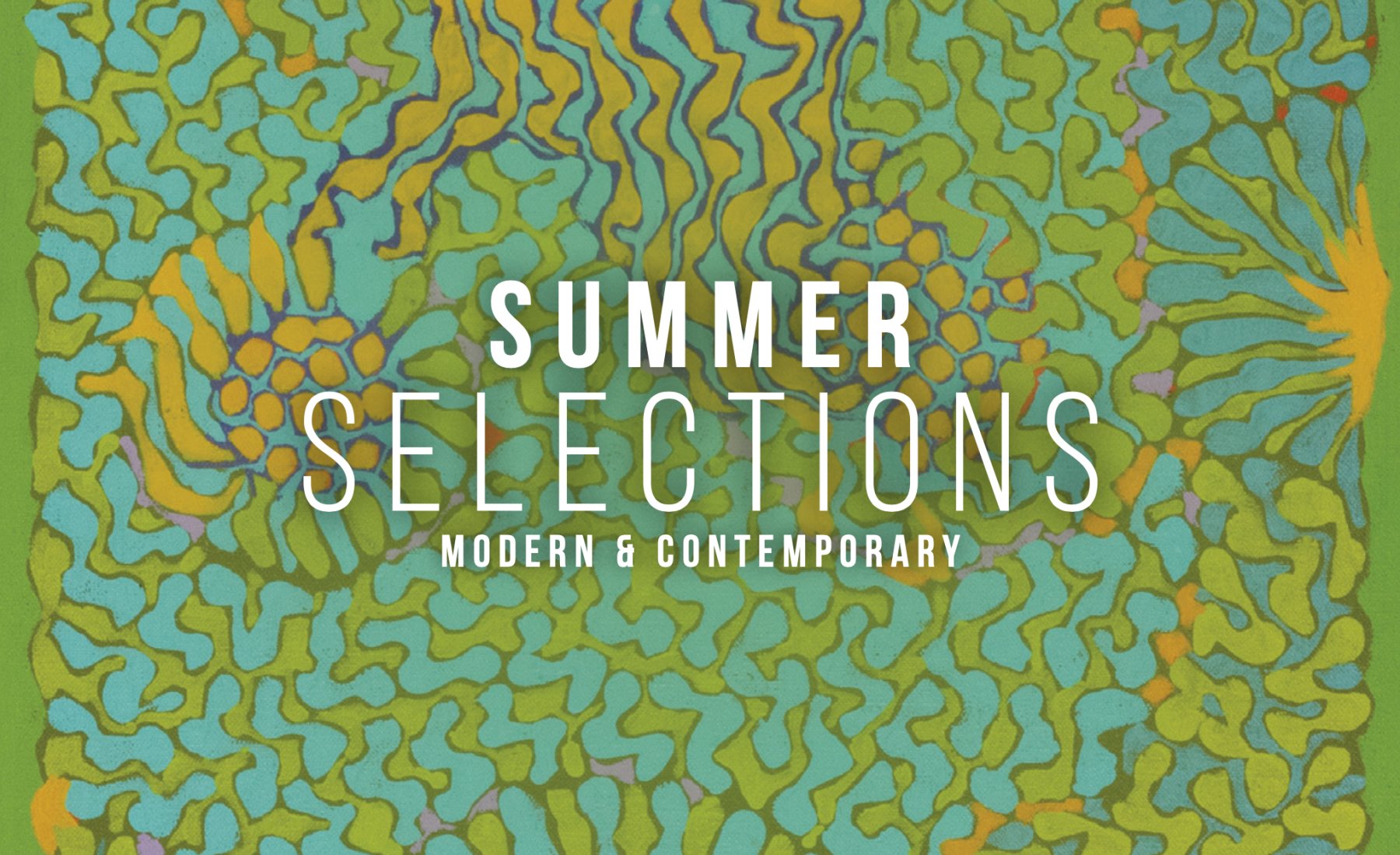 Noah Landfield utilizes impressionistic overlays of metropolitan architectural renderings inspired by his visits to Japan and his reaction to the compact urban environment of Tokyo and other major metropolitan cities. Landfield’s paintings are redolent of the tension between man-made urban structures and the forces of nature and are also expressive of how they manage to coexist. His work holds a strong contemporary edge, as does his play with visual perception in the near-photographic quality of the cities he depicts, painted in a masterfully pointillist manner.

John Ferren was an American painter whose abstractions were influenced by both Vassily Kandinsky and Zen Buddhism. Ferren’s paintings are composed of floating forms within backdrops of solid color and allude to architecture, still life, and landscape while remaining vague. “I placed my hand on a tree trunk and instantaneously felt that every element of the landscape was alive—the light, air, ground, and trees,” he once wrote. “All were interrelated, living the same life, and (this is important in my art) their forms were all interchangeable.”

Robert Richenburg’s journey as an artist has been an adventurous one. Richenburg’s work as a painter followed training at the Boston Museum of Fine Arts, art history studies at George Washington University, courses at the Corcoran School of Art in Washington, D.C. and the Art Students League in New York, and service in WWII as a combat engineer.

He rose to fame as a painter of the New York School in the 1950s. Within five years of his return from military service, Richenburg had studied with Amédée Ozenfant and Hans Hofmann, joined the Artists Club in New York, and exhibited at the Museum of Non-Objective Painting and the Provincetown Art Association. In 1951 he began a long-term teaching position at the Pratt Institute, and Leo Castelli selected one of his works for the historic Ninth Street Show. Thus began a career in which Richenburg’s paintings were widely exhibited and reviewed, and purchased by major collectors and museums such as the Whitney Museum of American Art and the Museum of Modern Art.

However, his work was not often shown from the mid-1960s through the 1970s. Since then, interest in his paintings, sculptures, and drawings has grown steadily, and the range and depth of his accomplishment and vision have gained more recognition in recent years.

While some artists settle into signature styles and stop growing, whether out of financial worry, loss of heart, or lack of vision, Richenburg never forgot that to be an artist is to be an explorer. His relentless curiosity led him to completely different painting methods and mediums. His work surprises and strikes the emotional chords of the viewer, drawing them into the rhythm of his work, a rhythm he achieved by letting go and allowing the painting to reveal itself through his process.

Jack Wright grew up in St. Paul, Minnesota, and attended Williams College and St. Paul School of Art, studying with Cameron Booth. Wright then moved to Chicago and attended the Institute of Design. He married Patty Wright and moved to California in 1950, where he worked as an architectural color consultant for a number of years. In 1957, Wright moved to Morelia, Mexico, to continue his art practice. He returned to California in 1959 and built his house and studio in Inverness, where he lived and worked until his death.

“In the paintings of Jack Wright, mysterious forms float majestically through vast fields of color. A curiously sensuous and satisfying amalgam of the geometric and organic, these forms behave as if subject to slow-moving but potent directional forces; forces that stimulate surprising permutations in color and contour as the shapes connect, intersect, and pull apart while traversing the picture plane. Contradictorily placid yet hinting of intense drama, they create an aura of disquieting beauty and cosmic power.

Wright’s most reductive unit of expression is a simple dot, which he uses as a basis for endless formal invention. Most often, the dots are arranged to coagulate in shapes with relatively distinct borders, though subtle spatial variations and minute shifts in hue contribute to a sense of interior flow and transition. At other times they are strung out individually to create thin threads of undulating color; still, at others, they are gathered together in a dense mass of energy, which gradually disperses as they radiate from a focal point.”

Born in the charming Danish countryside, Henrik Simonsen is a contemporary artist with a unique style. His brilliant colors imbue the viewer with a surreal vision of his subject. His work is inspired by traditional Scandinavian art and design, echoing nature with its bold shapes and vivid colors. Simonsen prides himself on always hand-drawing elements and believes this to be central to the beauty of the work he produces. Slowly building up layers of pigment, he creates depth, and through it, the feeling that each work is a living, breathing phenomenon. “For me personally, the draw of the subject is the richness of nature as a metaphor for the strength and frailty, the passions and weaknesses inherent in the human experience.”