Skarstedt presents an exhibition of new paintings by American artist Sue Williams (b. 1954) at the London gallery this October. Following the acclaimed exhibition of historical works from 1997-1998 in New York, the new paintings demonstrate Williams’ continued interest in exploring the fluid boundary between figuration and abstraction and her pursuance of the transformation of one into the other. 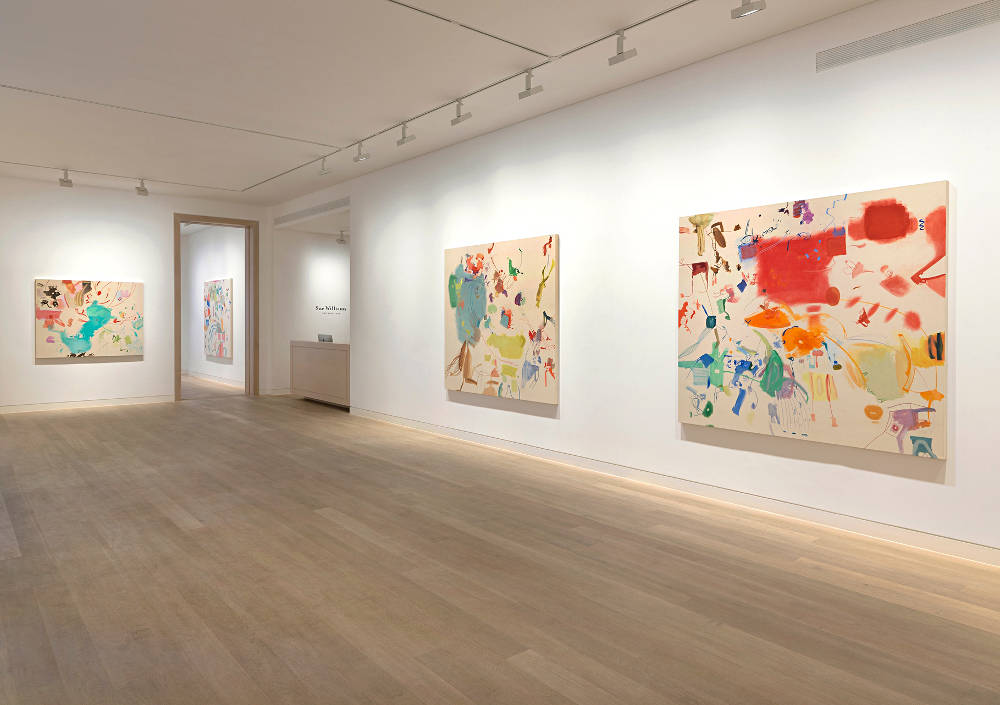 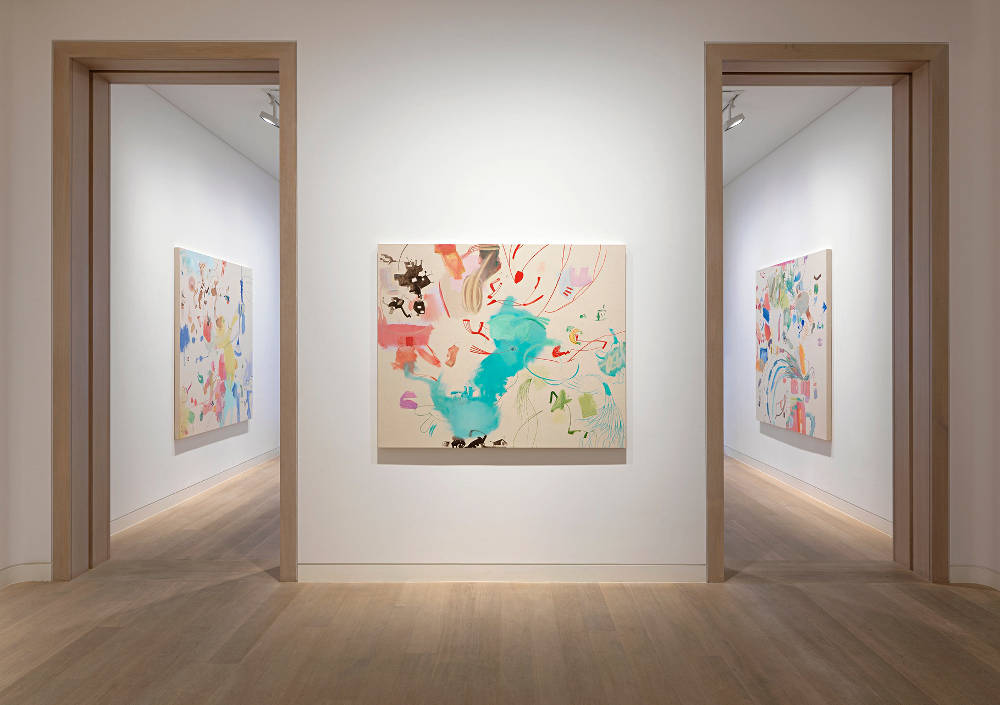 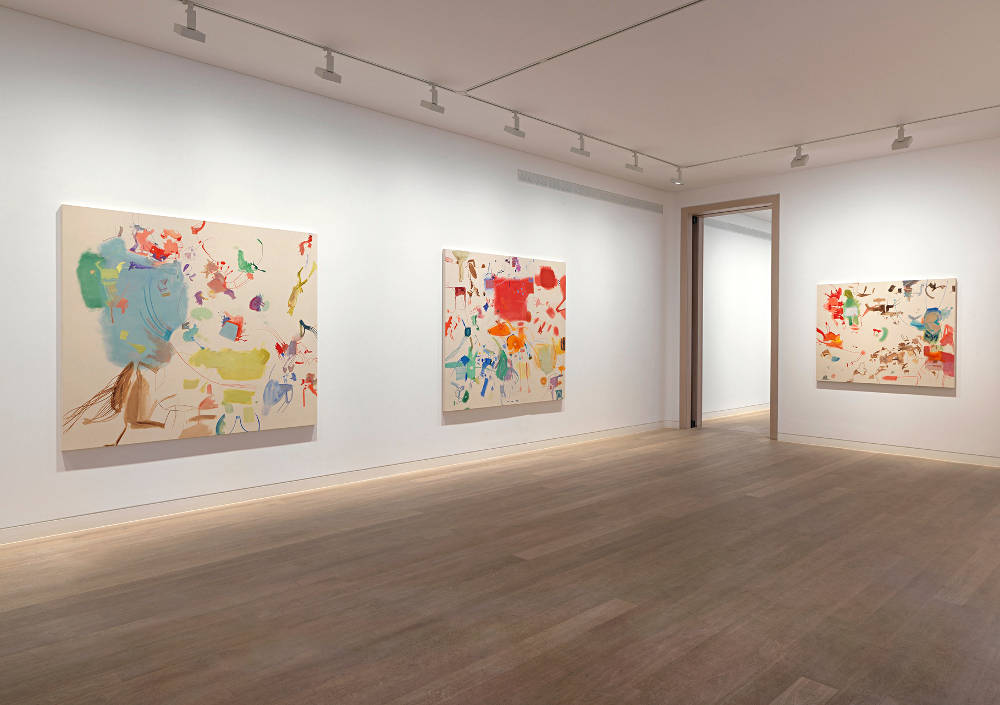 In this body of work, the paintings have an increasing ethereality. They utilise the lightness of exposed ground to create areas of watery colour that combine with the elements of mark making, doodling, lining and smudging seen in her previous works. In them, as ever, gender roles and politics are alluded to whilst she also explores memory and personal experience.

Emerging from the East Village, New York art scene in the late 1980’s, Sue Williams’ work soon gained recognition for its focus on issues of violence against women and the deeply gendered art world. Graphic and text heavy works, gave way to colour and towards the end of the 1990s, her works employed a more abstract lyrical style, featuring colourful cartoonish compositions that remained charged with sexual and political meaning. Becoming ever-more nonrepresentational, figuration seemed progressively to disappear entirely, and the essence of the paintings came less through narrative and more through pictorial means. The concealed language of Williams’ abstract work however remained consistent.

In this group of paintings, the scenes conveyed are familiar in their fragments which remain disturbing in their contiguity. The bright colours are at once sweet and unsettling, the pretty colours of perhaps an ugly world. In These, small houses—markers of domesticity—dot the canvas. There are paths that lead up to them and staircases that seem to lead nowhere, they float with tables and chairs and the small childlike representation of a goat or a girl in pigtails. External and internal spaces combine and the swirling lines and tumbling forms which seem to disassemble, suggest a world in disarray.

In All Quiet, the title engenders a sense of obfuscation, of things repressed and silenced. The red Escherian mass of images – amongst which; office buildings, filing cabinets and testicles – references not only concealed patriarchal power structures in general but the pentagon directly. As Williams observes, ‘it says nothing, while we are all inundated with the antics of its front man’. Blurred lines and smudged areas of colour overlaying lines and shapes beneath also allude to the feeling of things being covered up.

Sue Williams is as always playful but there is purpose to her play, a sense of domestic disquiet and socio- political anxiety pervade these paintings. As she has said ‘I want to draw attention to issues: I want people to be informed. It’s a scary time. Everything gets integrated into the art, not always consciously. If I have visibility I have the responsibility to try and change things.’1

Courtesy of the artist and Skarstedt