Skarstedt presents the solo exhibition of new paintings by New York-based artist Sue Williams. The exhibition coincides with the inaugural edition of Paris+ par Art Basel at the Grand Palais. 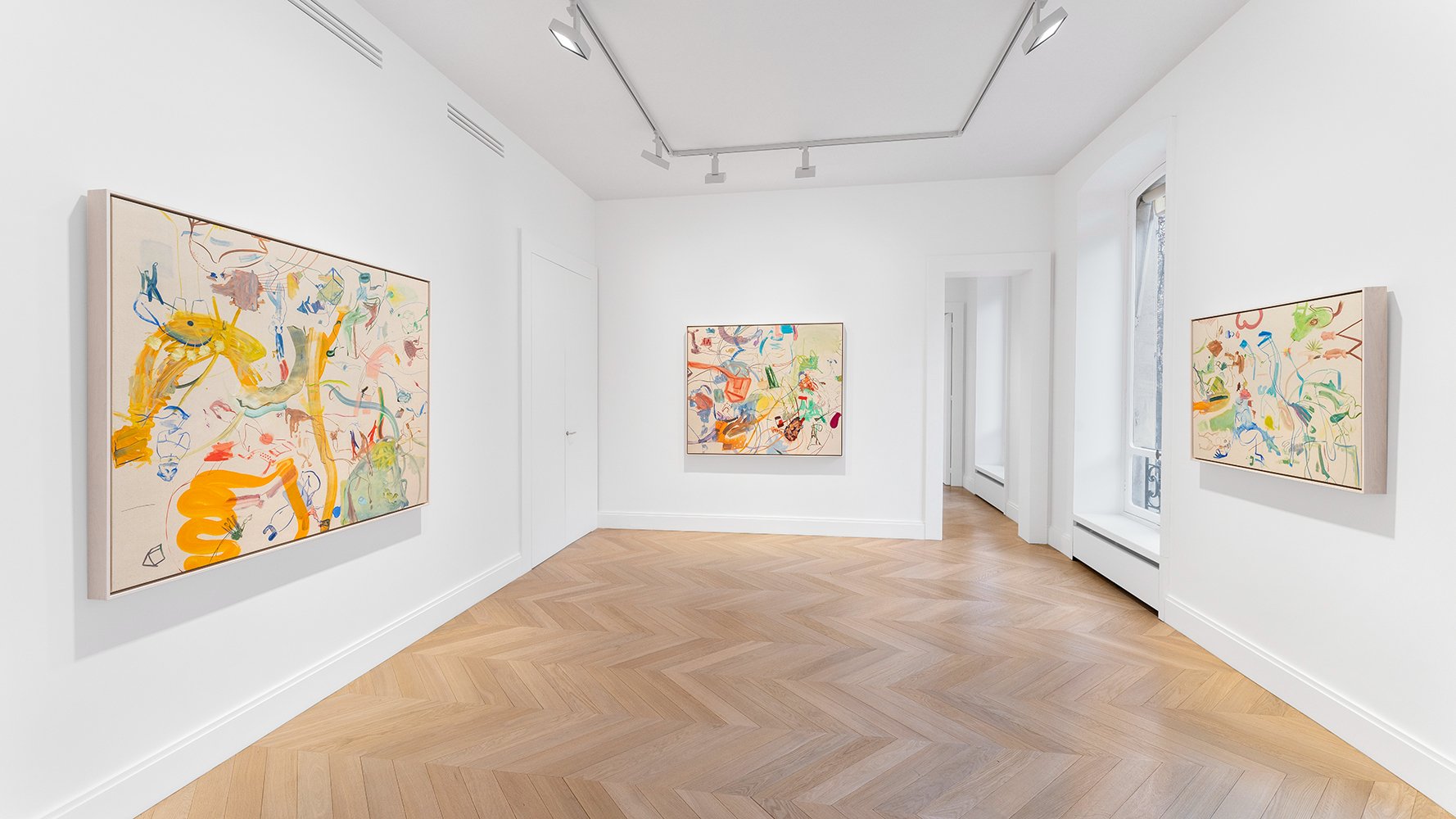 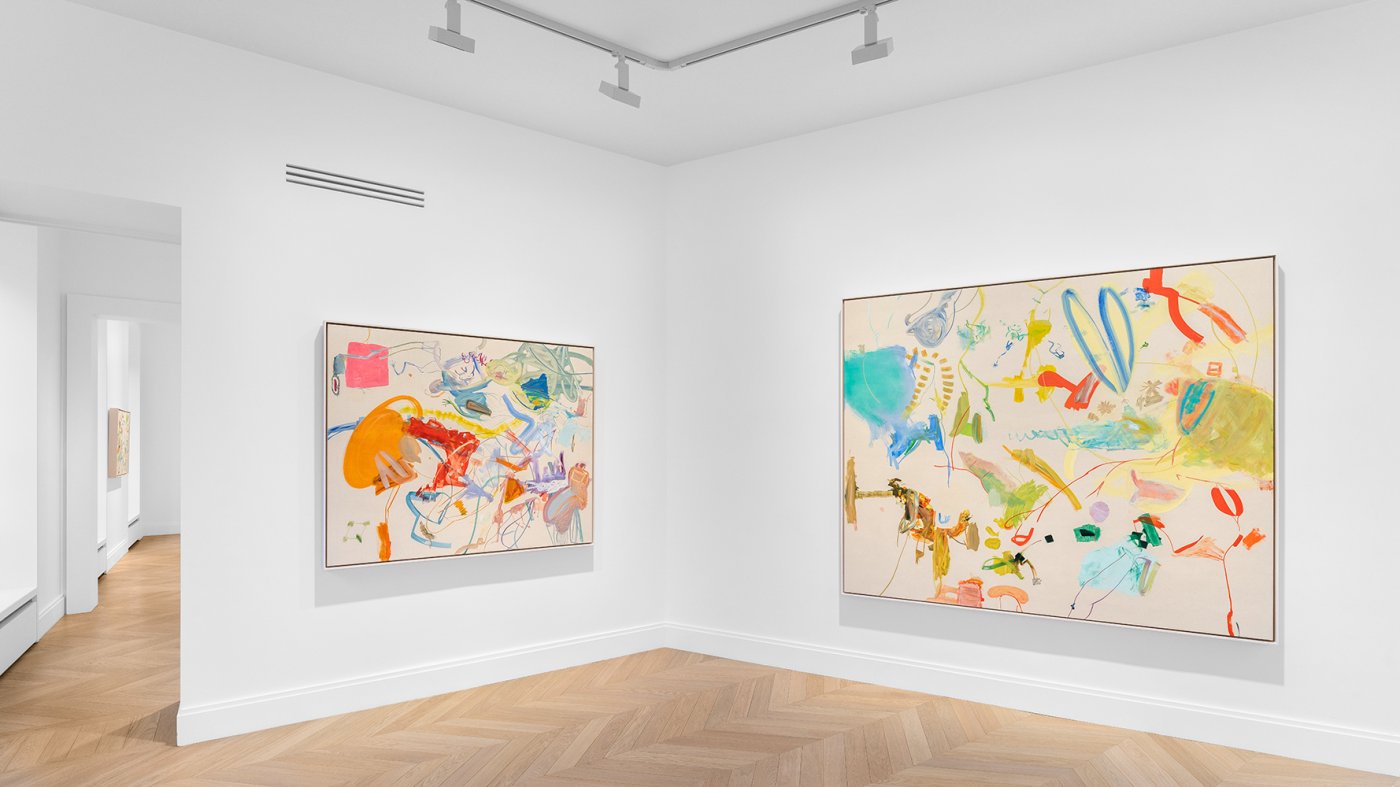 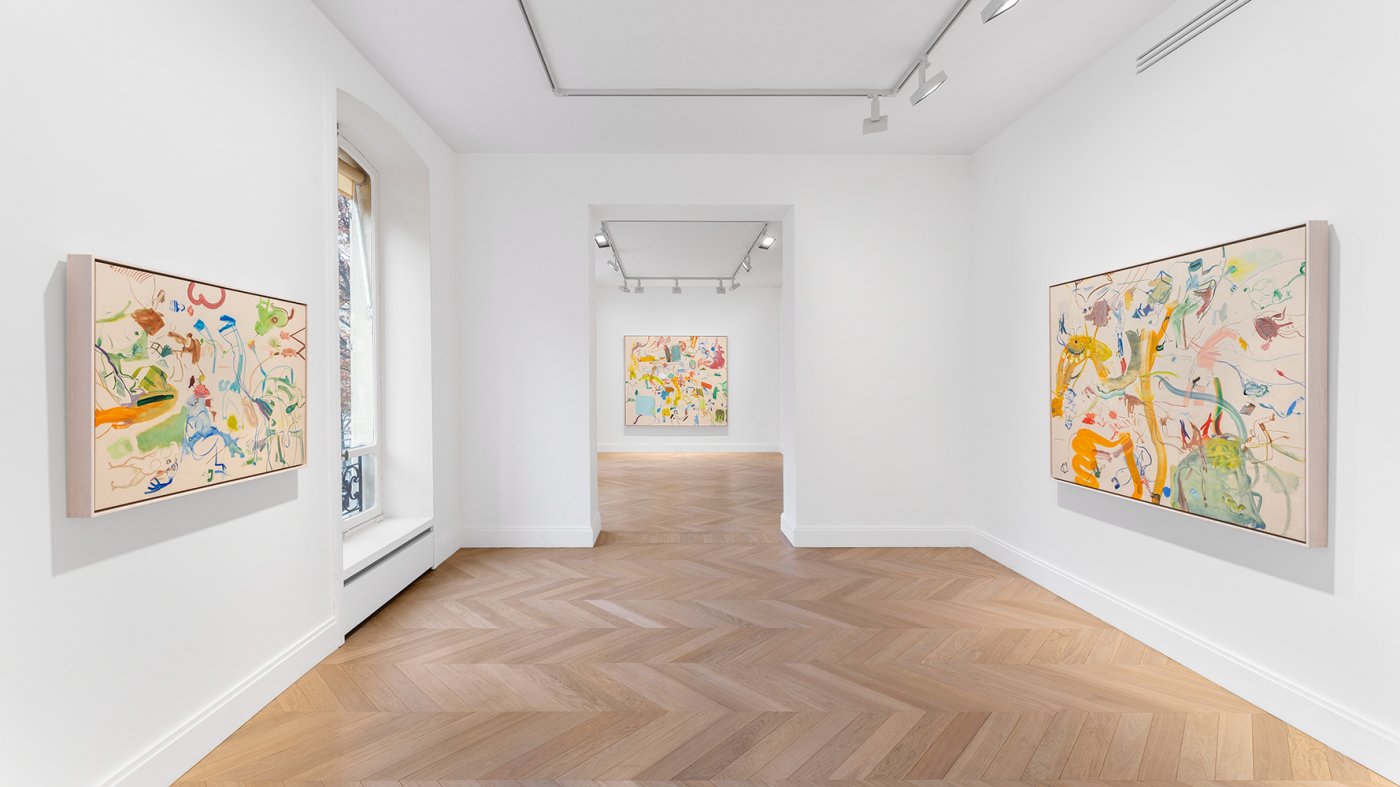 Since beginning her career in the 1980’s, Williams’ oeuvre can be defined, in part, by its transition from boldly narrative and satirical, cartoon-like paintings exploring themes of feminism, violence, and inequality, to all-over compositions of brightly colored semi-abstractions, retaining the political bent of her earlier work.

In this latest body of work, Williams maintains her lyrical and witty nature. However, these new paintings mark a distinct moment within her career influenced by living outside of Brooklyn, by the sea. She has cited this as a happy atmosphere in which to work and the pieces on view in this show offer a more playful side to Williams, with a greater emphasis on experimentation and the process of painting itself. With more abstraction and sense of interiority, the political undercurrents of her previous work are still visible.

Balancing vivid bursts of color with hints of figuration and large expanses of open canvas, the paintings on view evince a certain looseness and freedom. Works such as Constellation are dominated by punches of orange, pink, red, and periwinkle that overlap and weave in and out of one another, while The Ugliest Man in the World is a swirl of oranges, reds, blues, and greens. Williams allows each of these colors to blend into the others, creating a kind of muddiness that underscores the loose nature of the paint application and her overall method of working, which increasingly aims to let new elements evolve on the canvas organically.

At the same time, a continued emphasis on the graphic qualities of the line and certain recurring motifs are present throughout the works on view. Houses and pilgrim’s feet, for example, pop up in some paintings, images that still retain meaning and excitement for the artist. As ever, Williams’ work taps into the inner emotions of our collective existence in a manner uniquely animated and spirited.

Sue Williams was born in Chicago in 1954. She received her BFA in 1976 from the California Institute of the Arts in Valencia. Working predominantly with oil and acrylic on canvas, Williams came to prominence in the early 1980s, exploring themes of postmodern feminism and personal experience. Influenced by the aesthetic of Abstract Expressionism, Williams merges colorful abstraction with feminist sexual imagery, inspiring a dynamism and unconventional theatricality unique to her work.