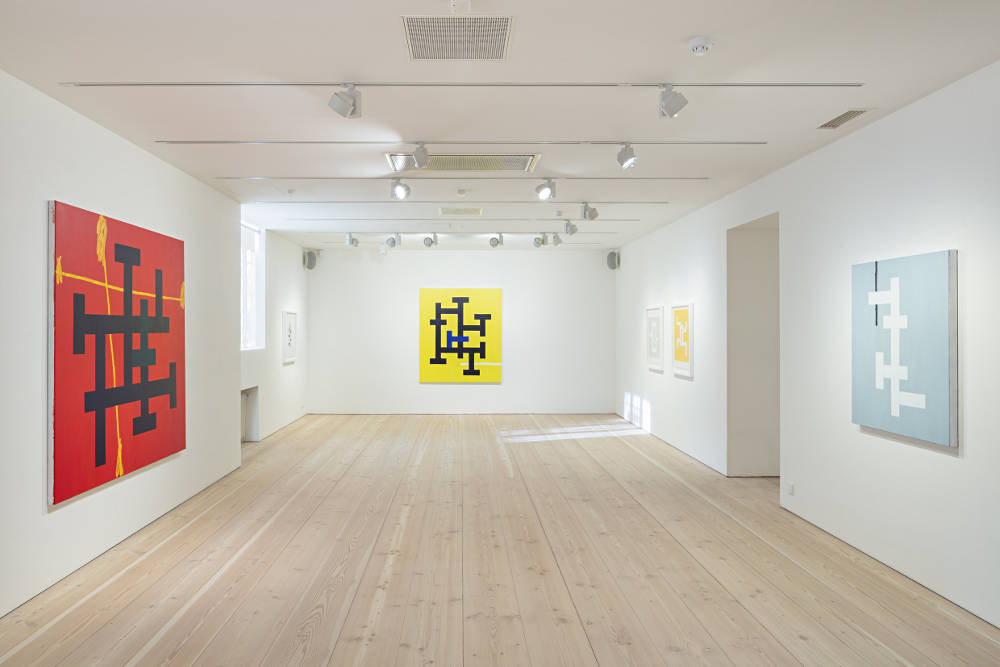 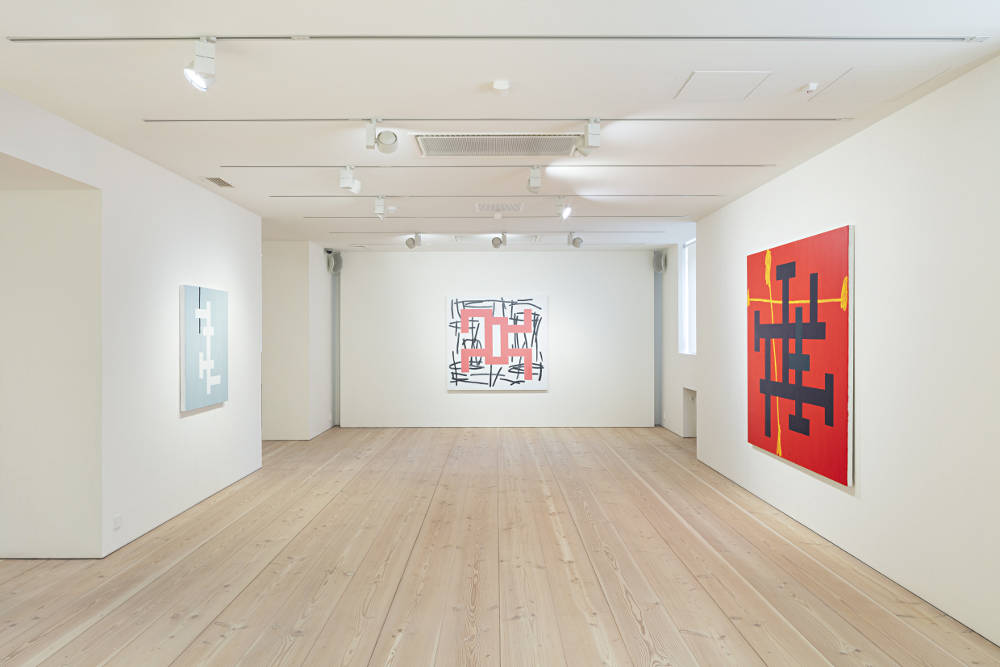 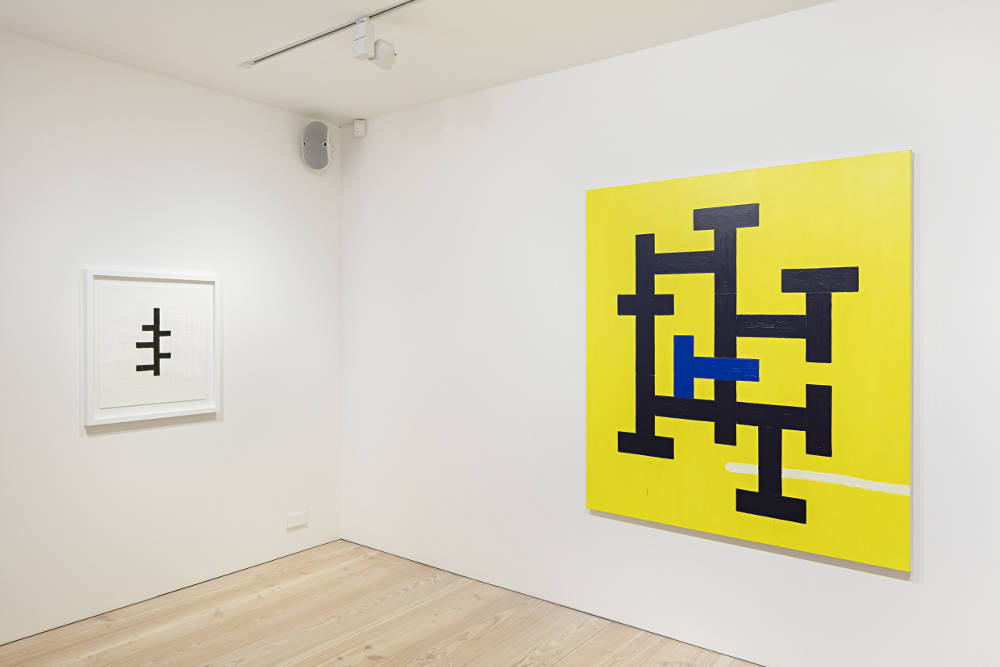 They nevertheless have a figurative quality: there is a distinct foreground, a figure, and a background. His style might thus be described as figurative abstraction. His paintings combine two different stylistic devices: organic lines that bring the surface to life, and solid, geometrical forms arranged in angular compositions. His treatment of line is like handwriting, coloring and filling the surface, accenting the painting’s physical presence.

Each of Baumgartner’s paintings comprises an equal number of interconnected vertical and horizontal geometrical elements. The vertical-horizontal dialogue is an allusion to contrapposto, the classical rule on how the dimensions of the human body are grouped into a harmonious whole that violates dynamic symmetry. The geometrical elements in his paintings never stand alone; they are always connected, like body parts. The patterns they form on the canvas can alternatively be interpreted as architectural spaces. Their spatiality evokes a connection between corporeality and how we experience architecture.

The title of the exhibition refers to mathematics, suggesting how even the most insignificant-seeming form can easily lend itself to becoming a significant motif. Random geometrical forms and free lines are anonymous by nature. Just as geometrical forms occasionally appear as figures with a distinctive character, the linear patterns not only fill the surface of the canvas but also seem to aspire for order and meaning, as if emulating handwriting.

Baumgartner’s works are found in Finland’s leading museums, including the Kiasma Museum of Contemporary Art, the Amos Anderson Art Museum and Helsinki Art Museum. He has won awards including the William Thuring Prize in 2011. He completed a Ph.D. in Fine Arts in 2015 and serves as a lecturer in drawing and perception at the Academy of Fine Arts Helsinki.

Courtesy of the artist and Galerie Forsblom