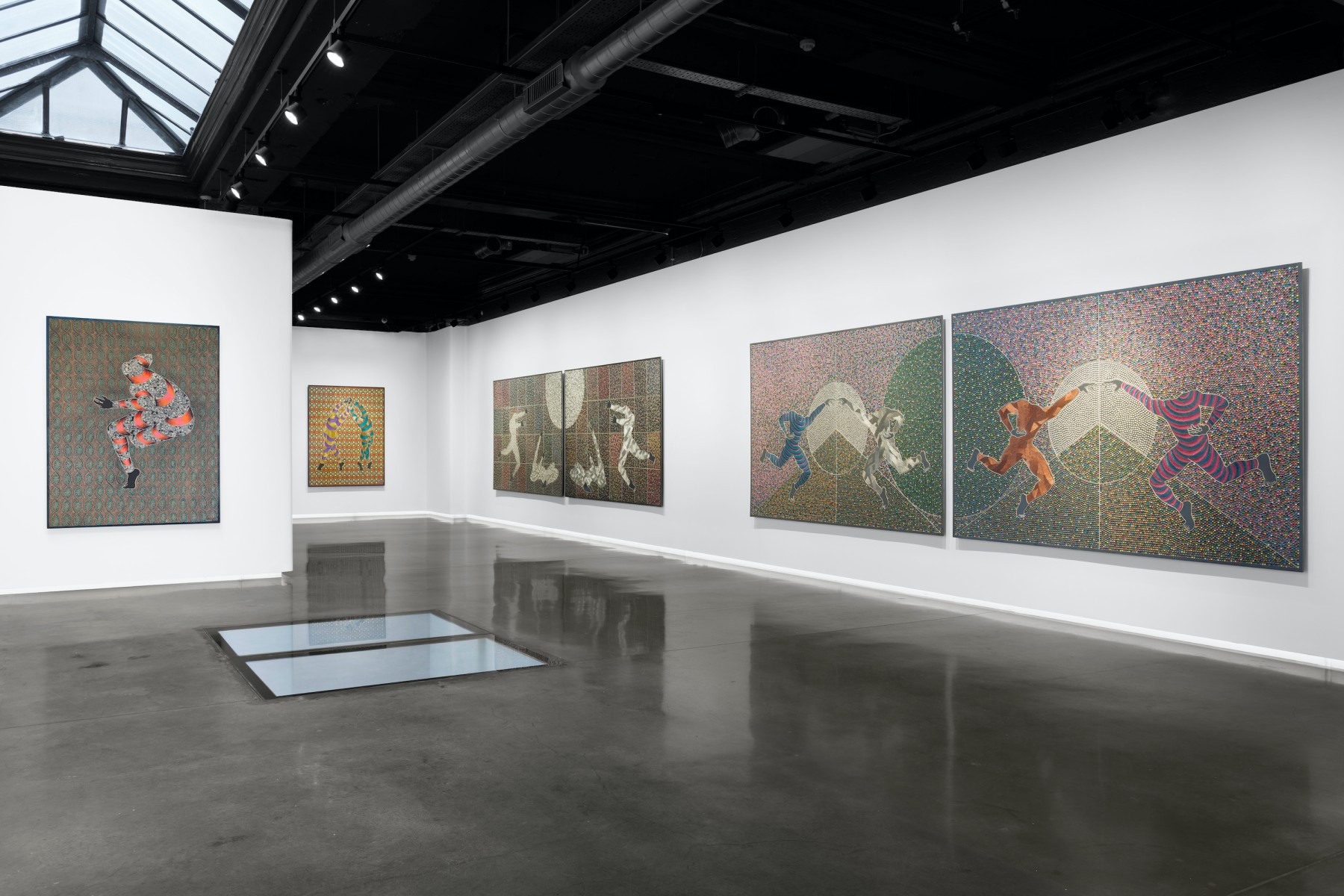 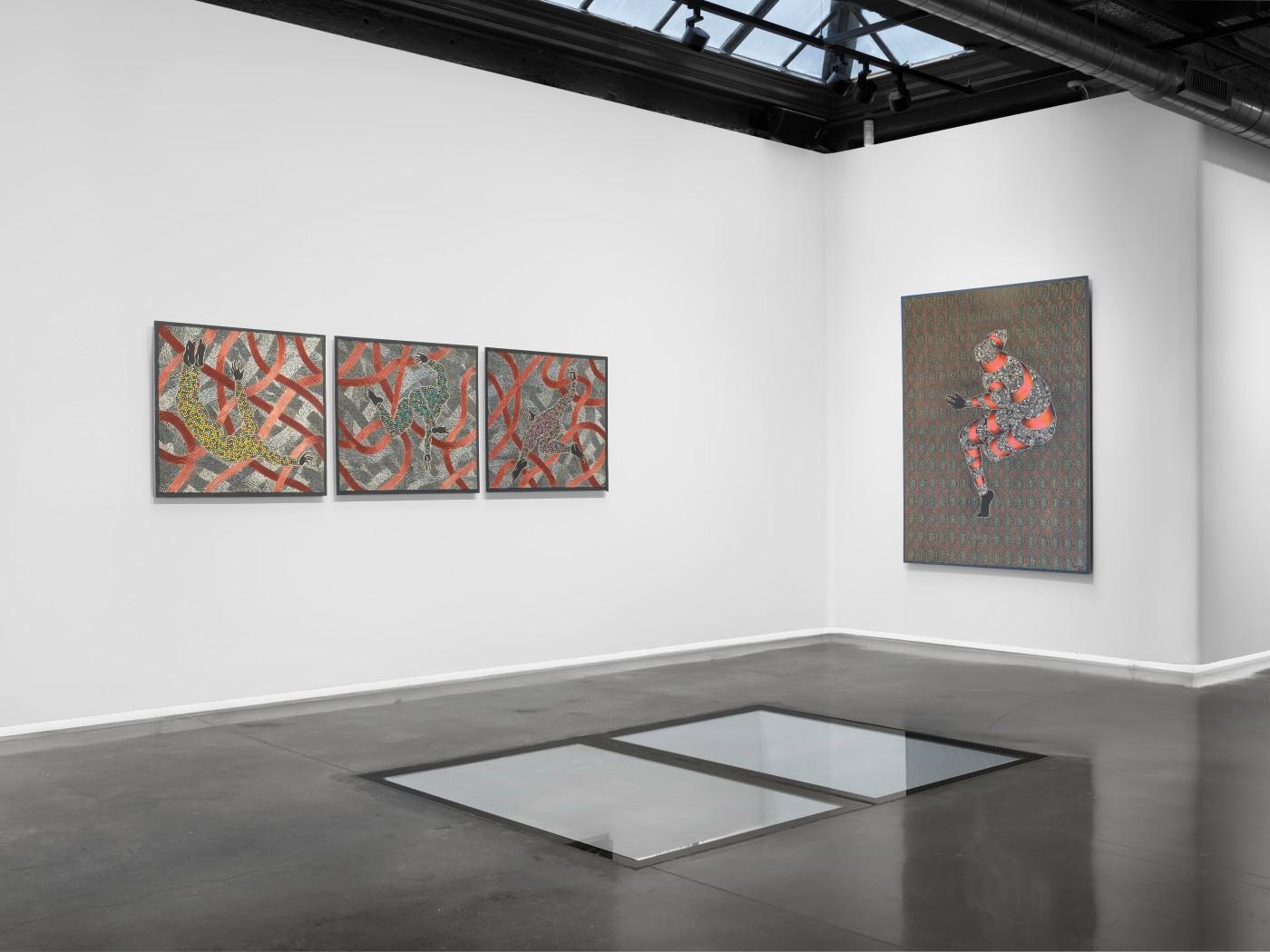 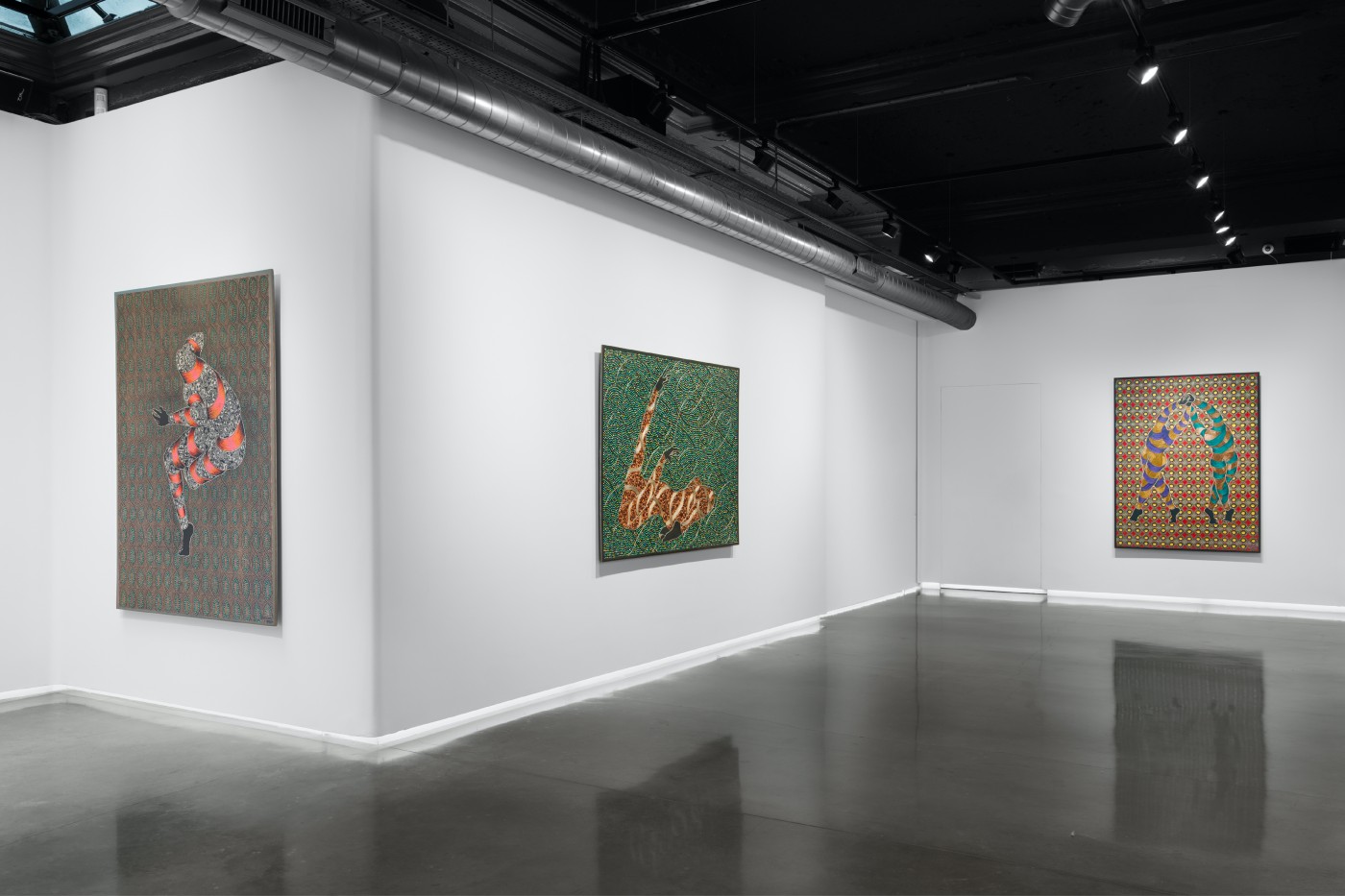 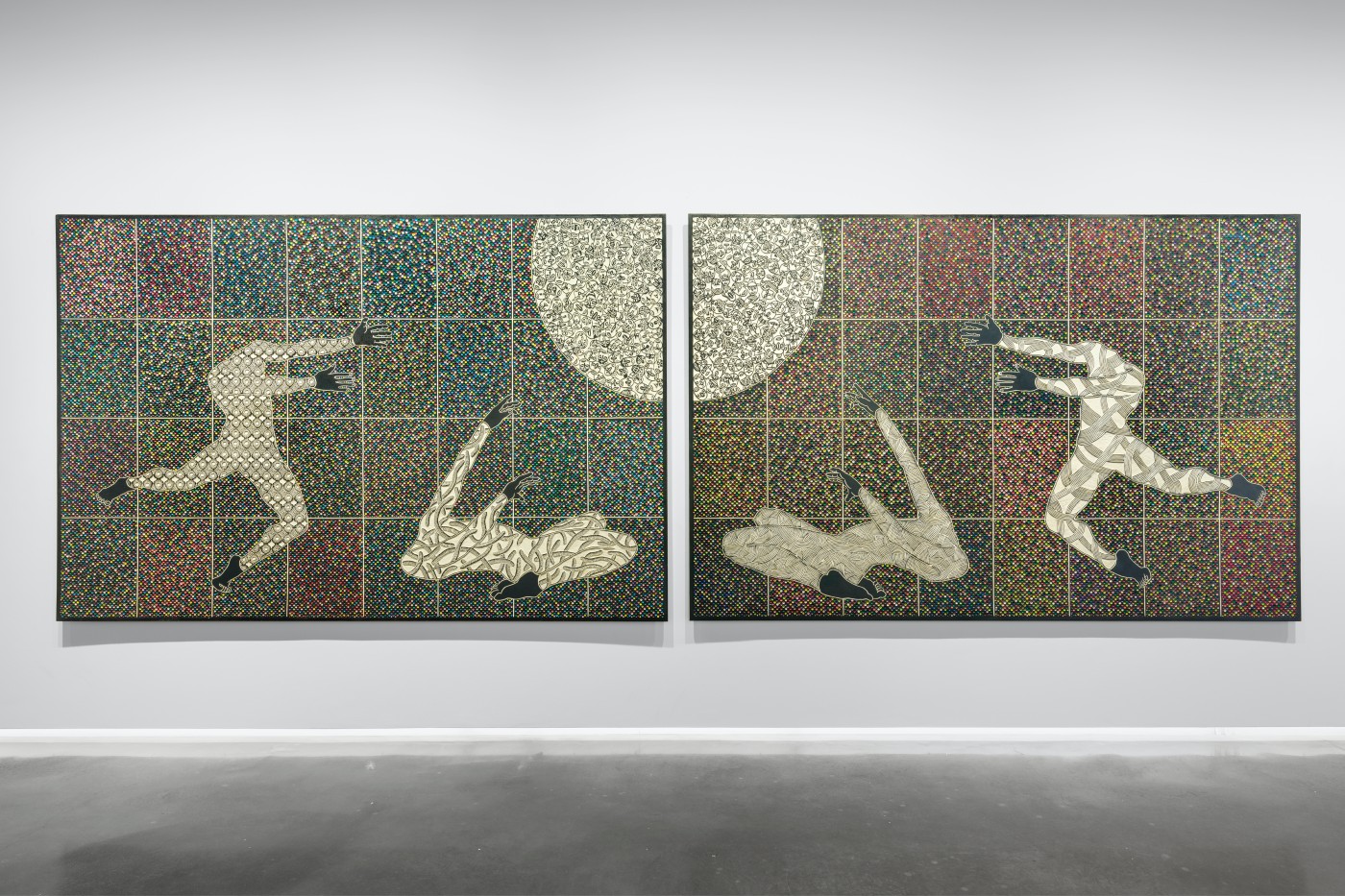 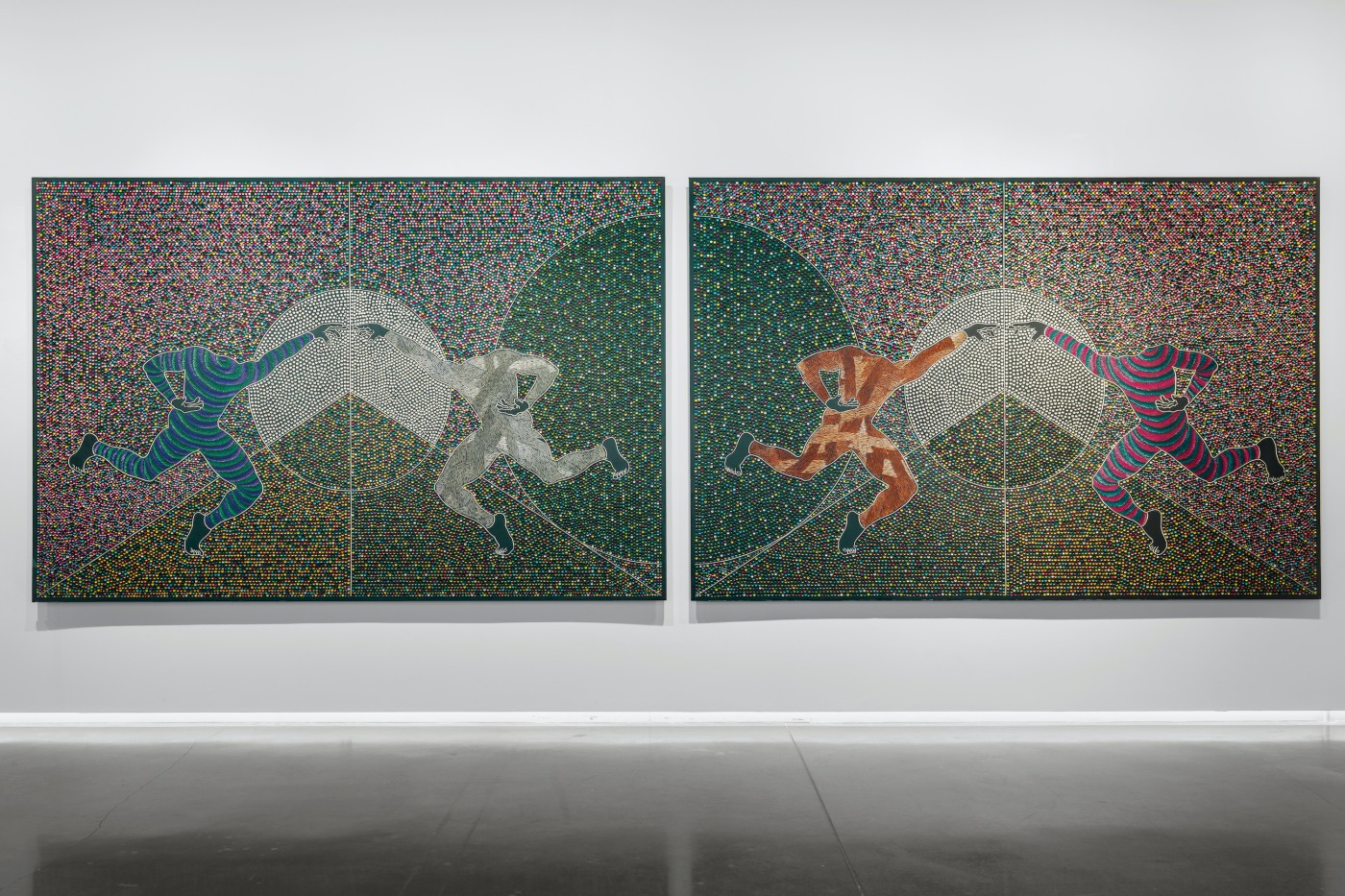 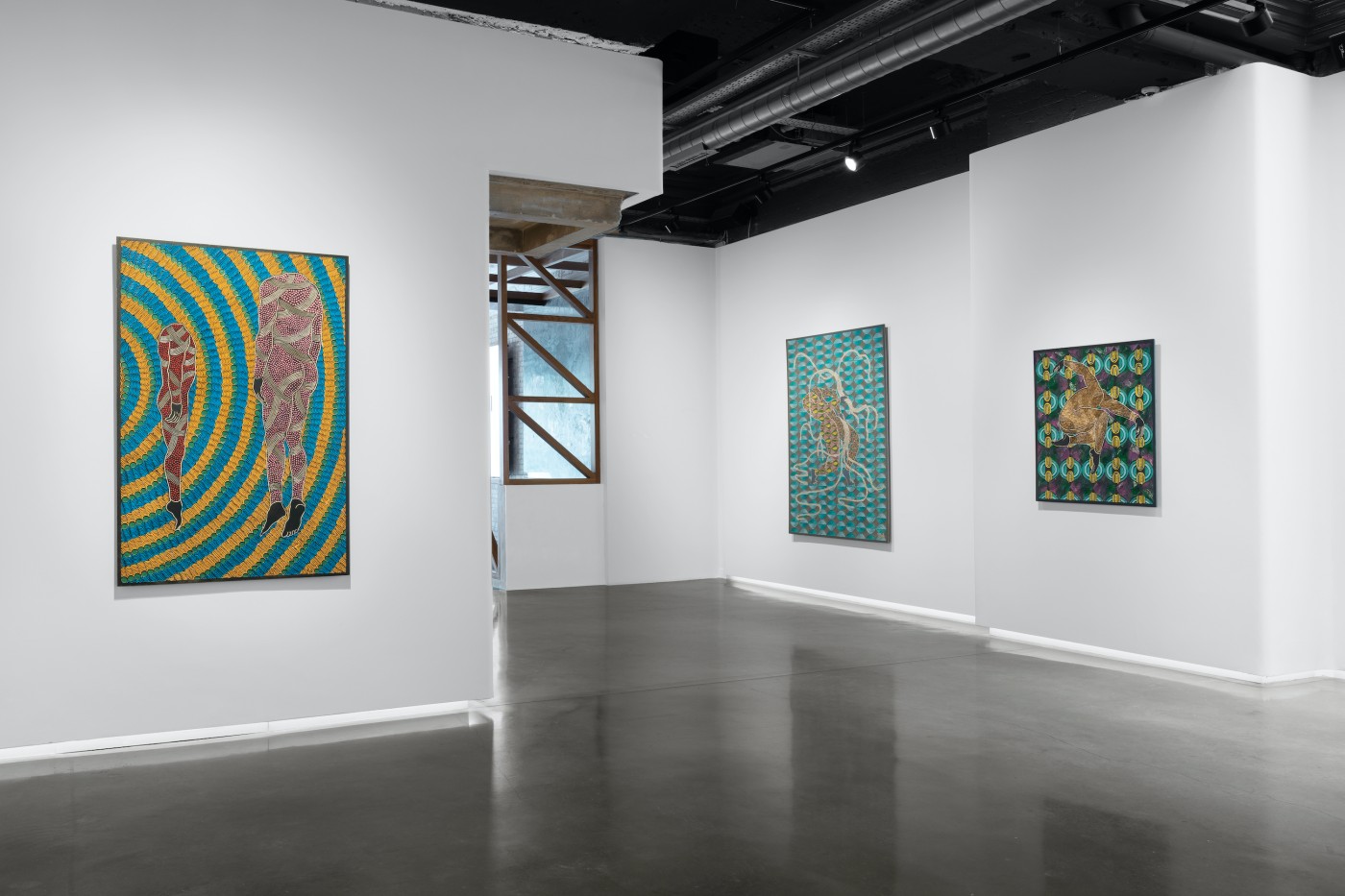 This new body of work explores the notion of hidden talent and potential, understanding that, from the moment we are born, each of us has a specific purpose or destiny to fulfil. As a concept itself, Imfumbatho refers to the birth of a child, denoting the mystery that inevitably surrounds its future successes and accomplishments. Luthuli’s artworks engage with the complex process of self-development, charting how, as we grow, we find ourselves along the way.

For Luthuli, his “birth secret” revealed itself to be his ability to create intricately handcrafted artworks. He began to use wood to distinguish himself from other artists. However, the wood process is particularly challenging as each work is meticulously hand carved and then painted, requiring patience and determination. The sweeping scale of many of these pieces reflects the perseverance of Luthuli’s process, which never limits itself creatively. Luthuli begins with MDF wood board, typically sketching first to position his figures and patterns. He then uses a marker to embolden his lines before beginning the painstaking carving process; it can take two to three weeks to carve out a single piece. Once this step is complete, the artist applies paint to each individual part before varnishing to ensure the work’s durability.

“I was a person who was failed by the education system, but I didn’t ever call myself a failure.”

Luthuli’s choice of the wood material provides a connection to the past; his ancestors’ livelihoods had often centred on handcrafting. In this sense, the artist’s latest body of work is a continuation of a far-reaching creative journey that extends back to his forebears.

Similarly, Luthuli’s exhibition sheds light on the patterns and practices of traditional Zulu dress and design, which are made up of vibrant and intricately woven beads. Growing up surrounded by this particular culture encouraged the artist’s fascination with colour and also with circular forms, inspired by the beading used in Zulu women’s clothing. The circle holds a particular significance in African culture, often symbolising oneness and, equally, the unfailing continuity of life. As a young person, Luthuli was let down by his system of education. As such, he chose to turn to his roots in order to uncover the longstanding values already ingrained within his own culture, using these to pave his own way. In this sense, Imfumbatho conveys how the influence of the past can continue to lead us forward. In his works, Luthuli represents these ideas through his flowing figures who are almost always headless. These faceless figures serve as a way to embrace a vast ancestral history, whilst acknowledging missing identities and names. Opposing any severity of form, these figures undulate before us in boundless and gentle movement.

Above all, Imfumbatho seeks to convey a feeling of positivity and hopefulness.

During his youth, Luthuli felt disillusioned with his formal teaching and, subsequently, struggled to find the right path for himself. His present artworks highlight how oppressive education systems can stifle Black communities, like his own, with no opportunities given to those who are different or cannot adapt. Luthuli’s artwork became a way to escape the rigidity of this system, becoming an “unknown space” where he is able to express himself without reserve or fear of judgement. With his exhibition, Luthuli emphasises that our perceived failures should never define us, conveying that, despite life’s inevitable obstacles, we can still discover our “birth secret”. Through these artworks, Luthuli seeks to pay homage to all those who have been overlooked and ignored, reminding us that, with patience and self-assurance, we can find our place and purpose.