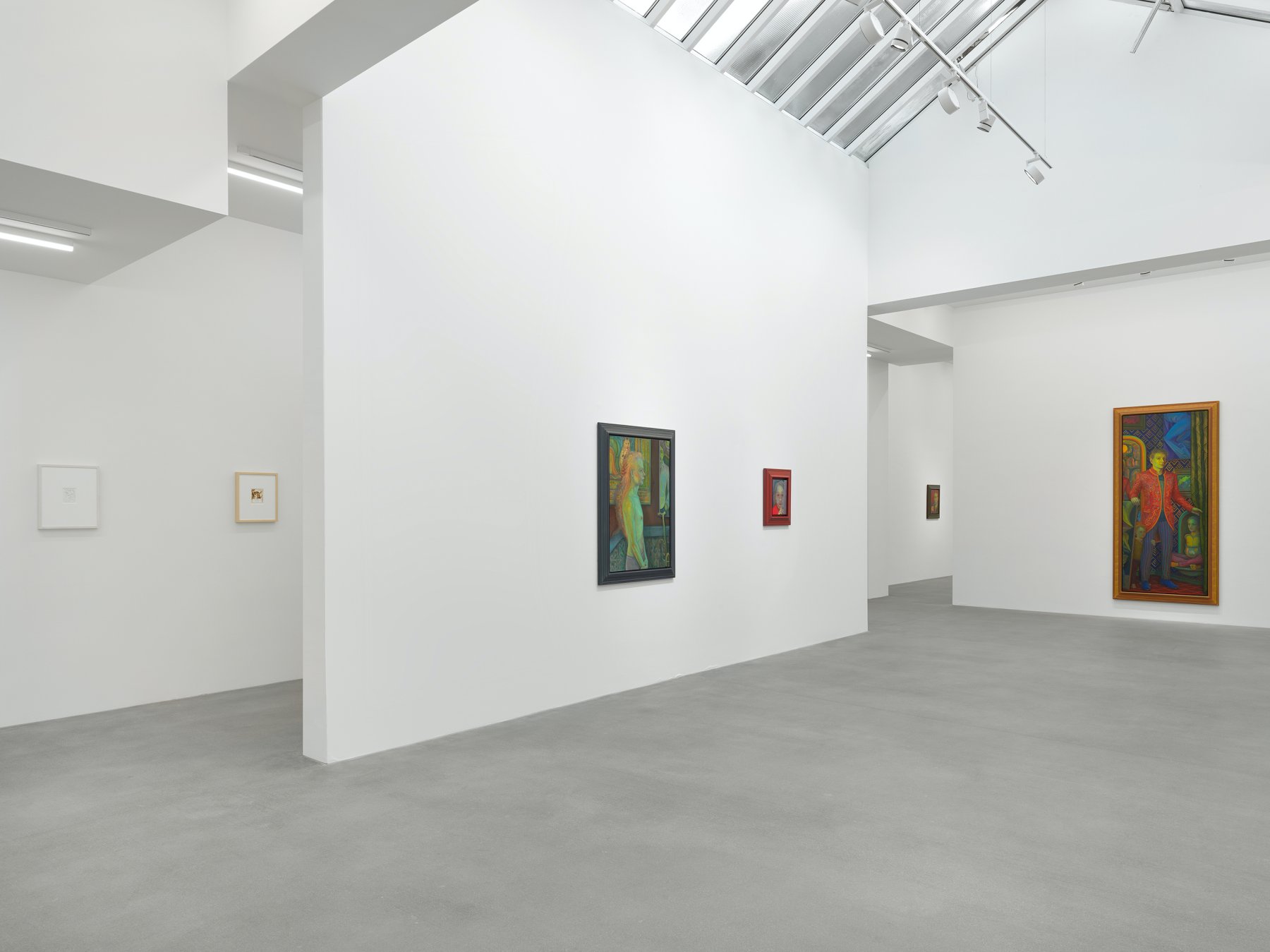 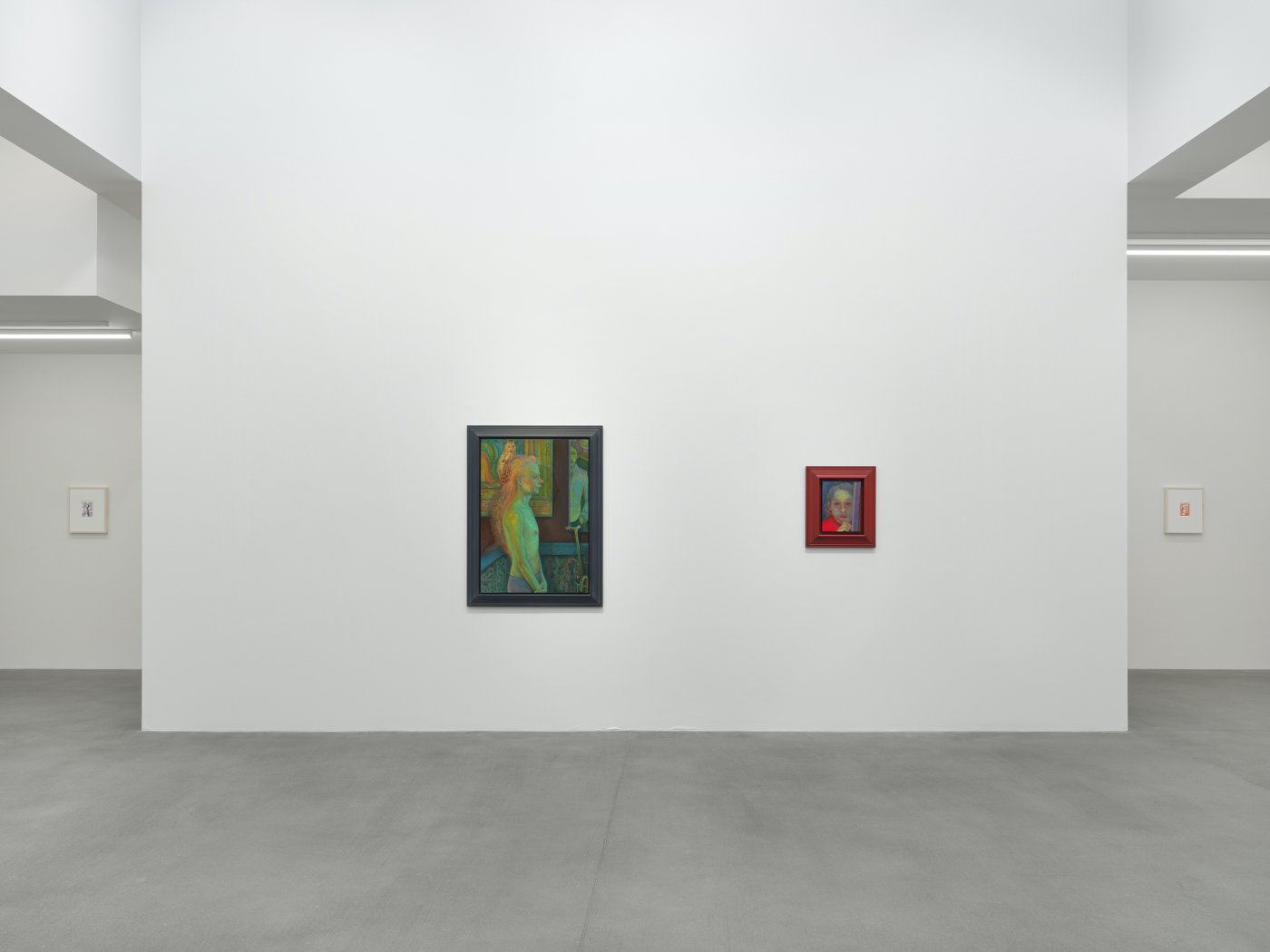 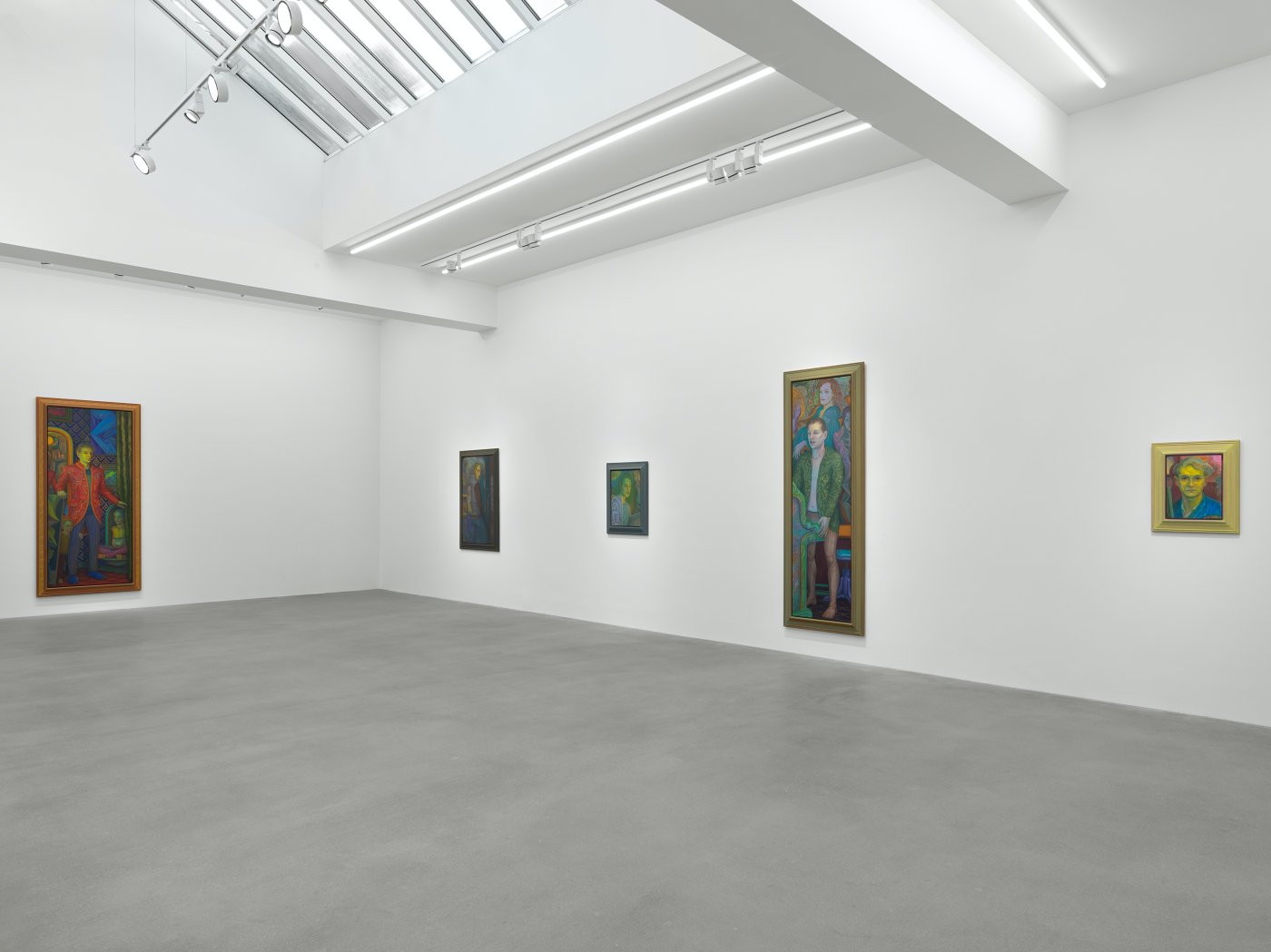 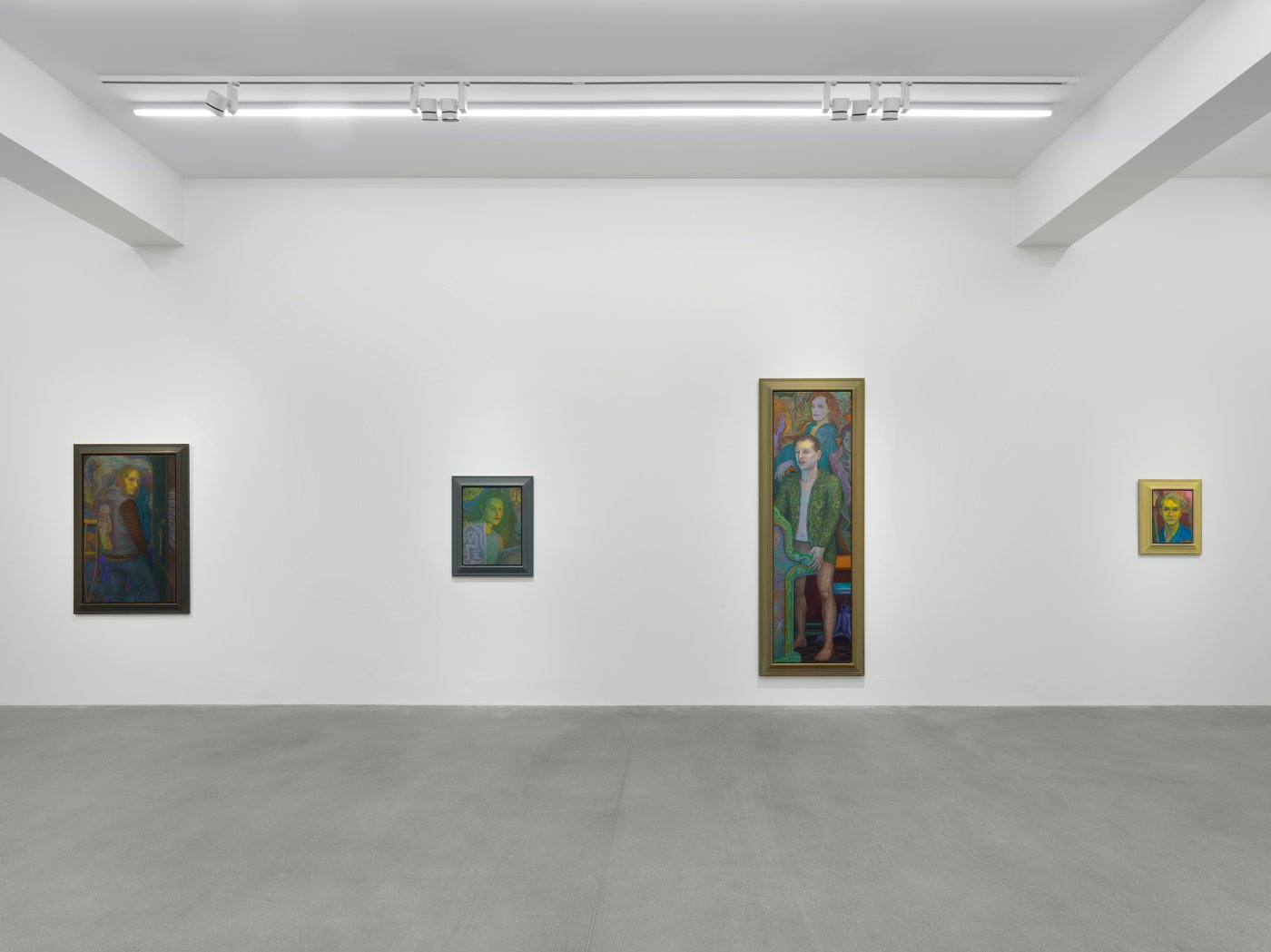 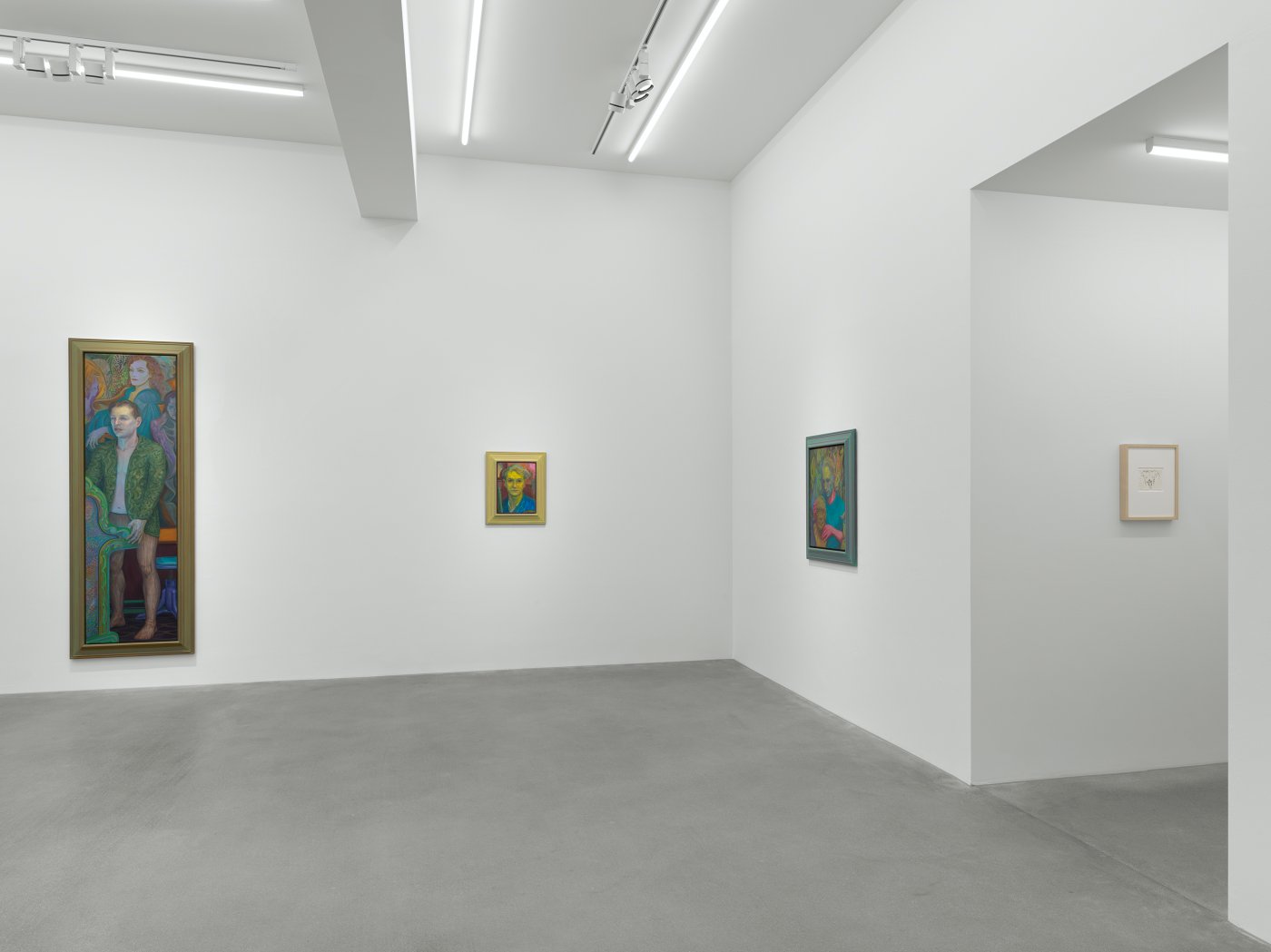 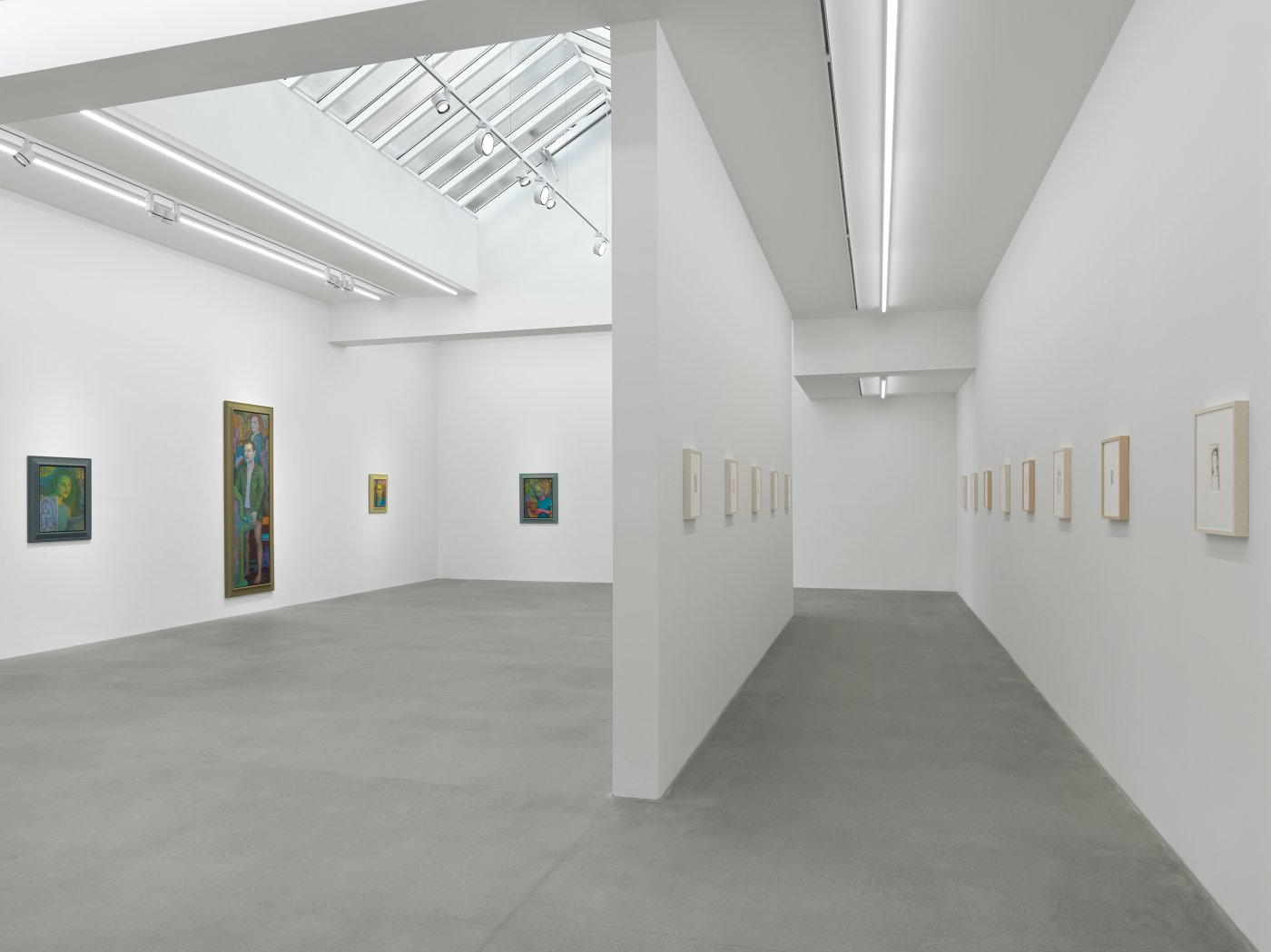 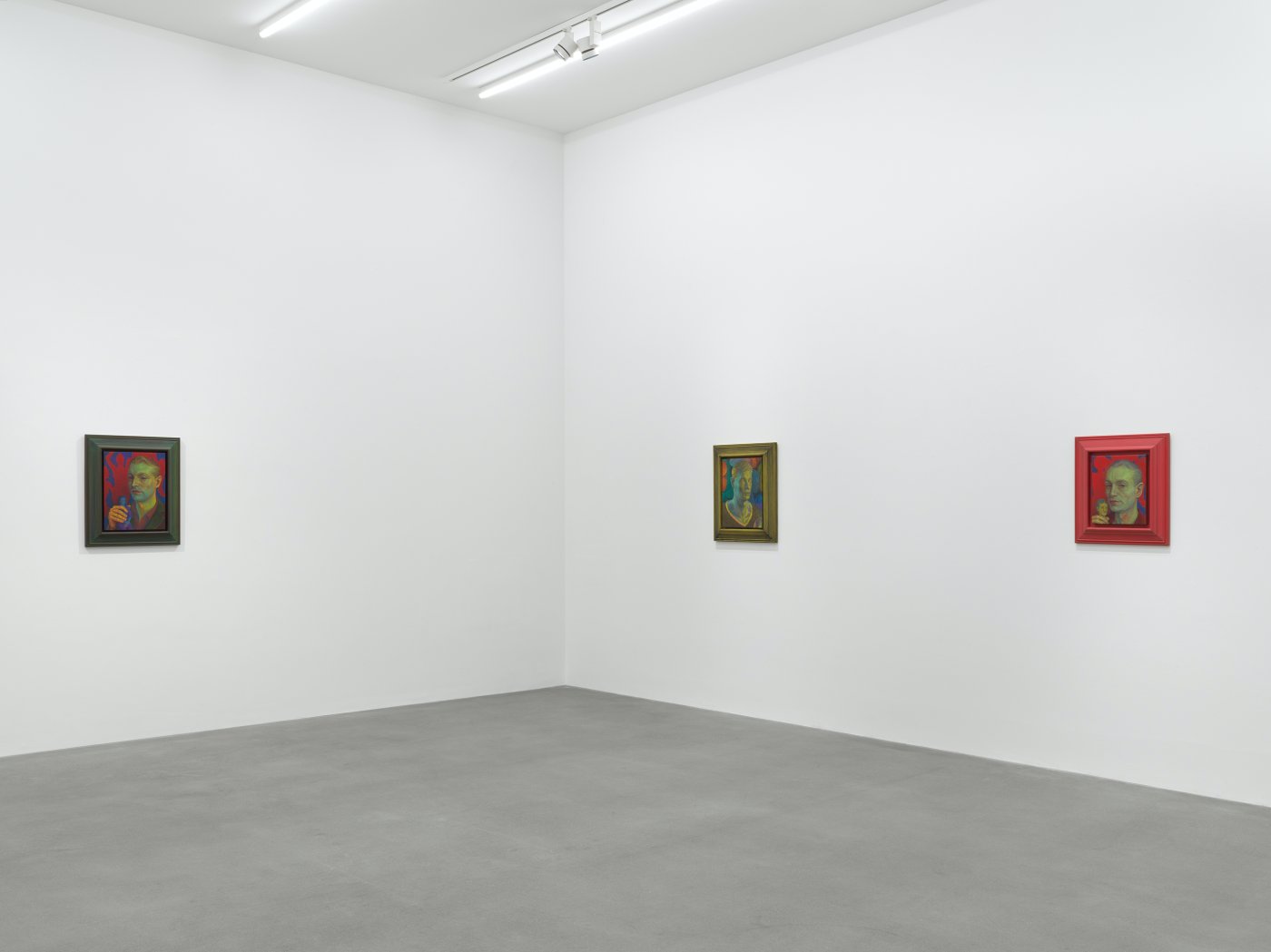 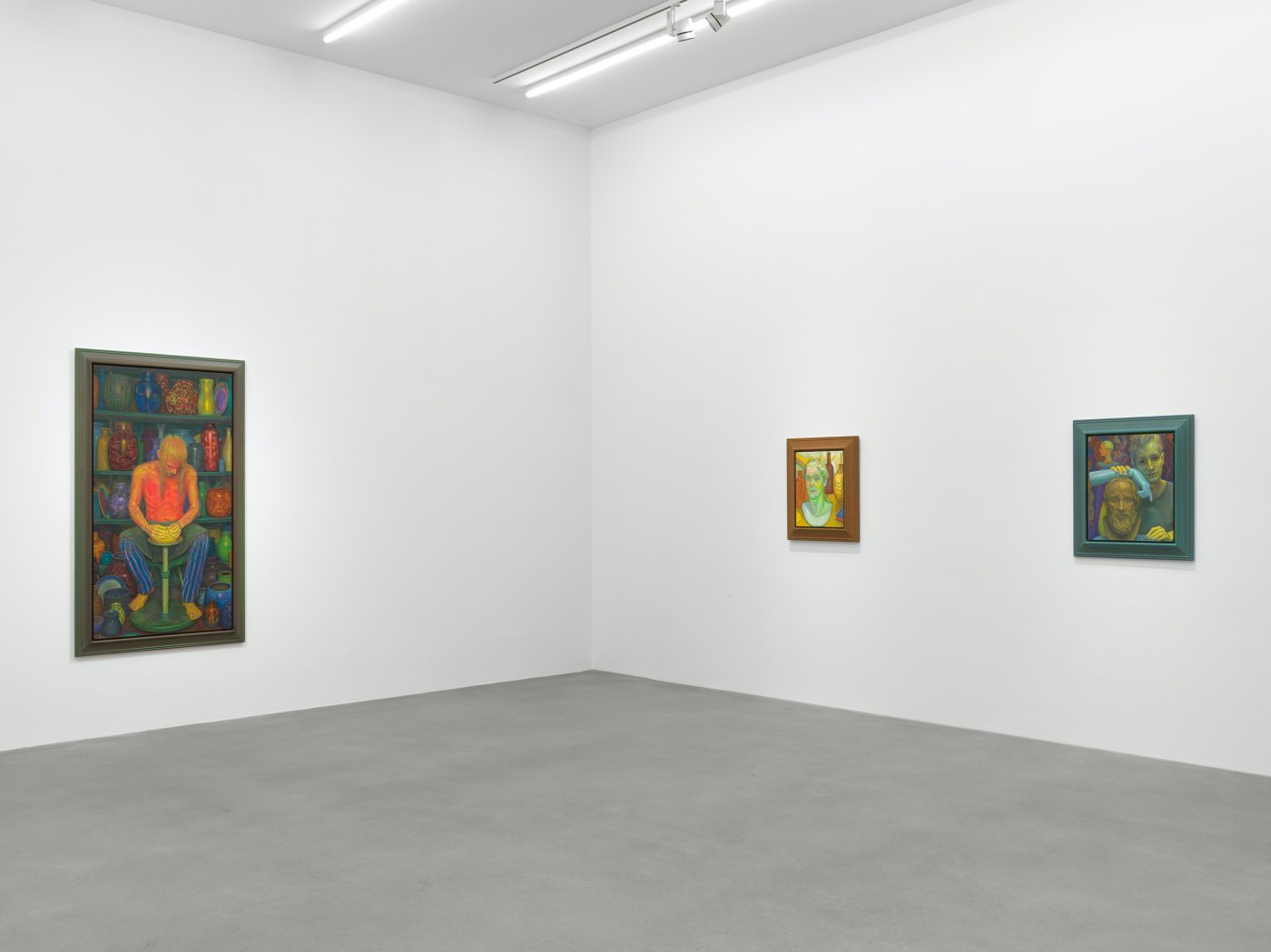 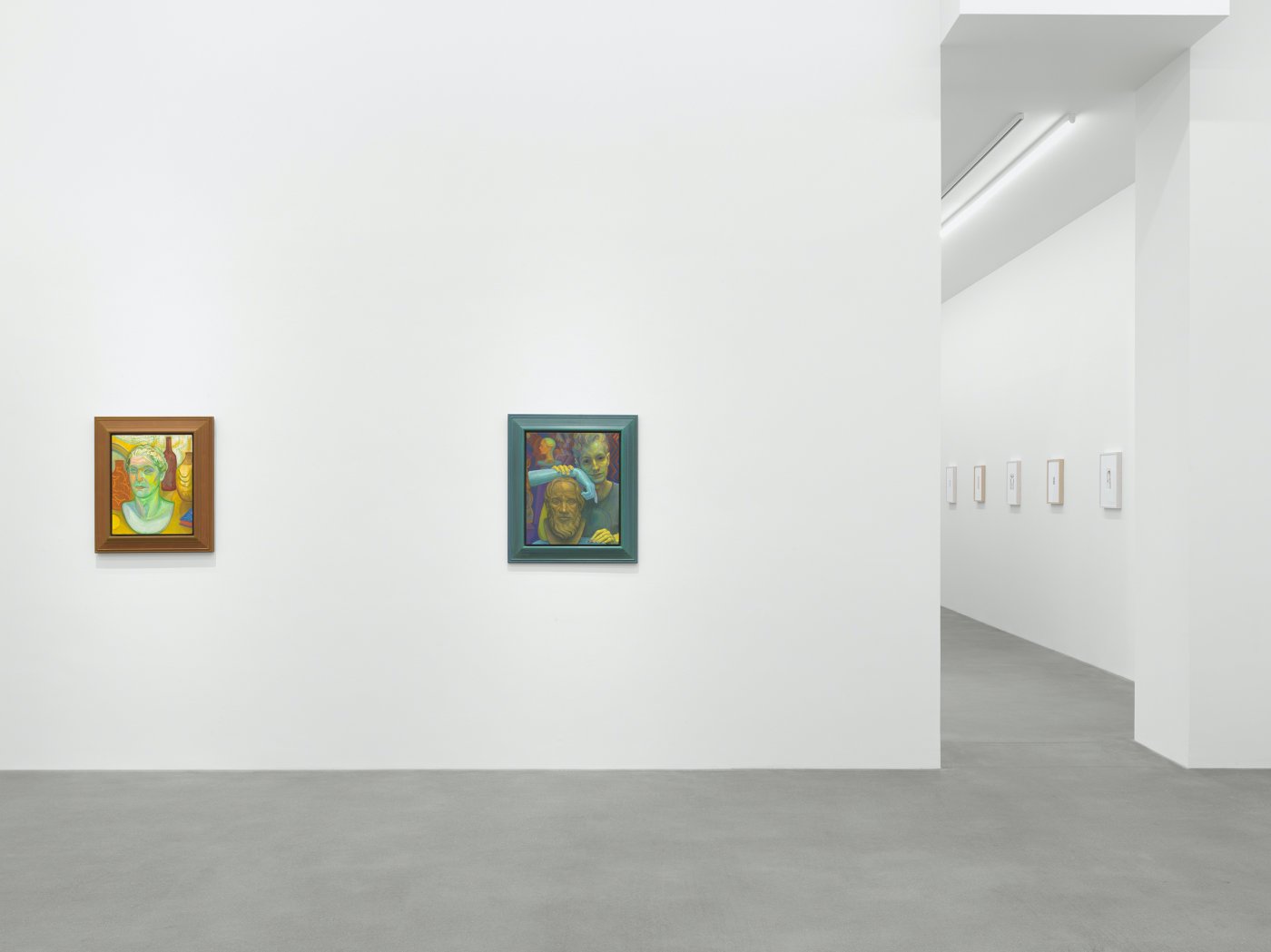 Nice Work (If You Get It)

A new subgenre is slowly but surely establishing itself in the nebulous nether regions of Steven Shearer’s art. In addition to both the portraits for which he remains perhaps best known to date—pictures of bands, snapshots of fans, and studies of frontmen culled from the global metal underground—as well as his ongoing exploration of the shifting semantics of manhood and masculinity, a major new iconographic concern has crystallized around the time-honored image of the artist at work, of the work of art—and hence also the artist—in the process of being born, resulting in what may well be the Vancouver-based artist’s most self-reflexive and introspective work to date.

Two paintings, Bic and Bust (2019) and Feathery Carver (2020), appear to depict sculptors tenderly presenting what we may assume to be the finished products of their labors; their portraits are haunted by the ghost of Pygmalion, and the sculpted head caressed by its maker’s pinkish-red hands in the latter painting is subtly reminiscent of Franz Xaver Messerschmidt’s exuberant exercises in the art of expressing. (Throughout this suite of paintings, the faces of the artists portrayed appear far less expressive than the artworks represented within them: Shearer’s obvious love of Expressionism is made manifest in his paintings-of-paintings rather than in the paintings as such—which, the acrid psychedelia of their swirling colors notwithstanding, make a generally more detached, distanced impression.) Another painting, simply titled Potter (2021), portrays a bare-chested, long-haired ceramicist at work, captured in front of a shelf groaning under the resultant pottery’s weight. (The innards shown on one of these finished vases reminded this viewer of an early acrylic painting of Shearer’s titled Cradle of Filth.) The potter, of course, acts here as a primeval paragon of the very notion of artisthood, calling forth both the dubious specter of “craft” and the philosophical weight accorded to ceramics in the long history of theorizing the origin of art, most notably in Martin Heidegger’s landmark mid-thirties essay “The Origin of the Work of Art”—the source of the aforementioned notion that the artwork is as much the origin of the artist (if not more so!) as vice versa.

Another pair of paintings cuts closer to the bone still: the first is titled Forger’s Offering (2019), the second, programmatically, Working from Life (2018)—a sickly, red-eyed self-portrait of sorts that could be read as the exhibition’s punctum. In it, a close-cropped painter’s face stares out at the living (the title seems to suggest that, in choosing to “work from life,” the artist himself may belong to the ranks of the dead), paintbrush in hand, the left side of his visage obscured by the edge of a canvas of which only the back can be seen here—morbid shades, if you will, of Velazquez’ Las Meninas. Working from Life is hung opposite a painting that guides the viewer back to the more familiar terrain of Shearer’s archetypal hard-rockers and metalheads: Wizard (2020) shows a slightly stooped male figure, his gaze defiantly turned our way, urinating against a wall abutting a door covered with the fevered brushwork of an amorphous symbolist landscape painting. The young man sports an oversized patch on the back of his jacket depicting the cover of Black Sabbath’s 1983 album Born Again, a critically panned fan favorite whose cover art regularly shows up in such features as Kerrang!’s “10 Worst Album Sleeves in Metal/Hard Rock.” (“The Wizard,” incidentally, is the title of a classic early Sabbath song). The “wizzer,” of course, is the painter, and Shearer’s portrait of the artist as a young pisser clearly expands the former’s evolving ruminations on the ambiguous tangle that ties together manhood and artistry—a history that encompasses Marcel Duchamp’s Paysage Fautif and the foundational ejaculatory gestures of Jackson Pollock’s brand of Ab-Ex along with Andy Warhol’s notoriously collaborative Oxidation Paintings: pictures of artists “at work,” all, even in the most unguarded and private of moments.