I want to be profoundly touched by art, by life. I came to painting at the time of its death, not to breathe its last breath, but to caress its lifelessness. The necromancy of the pietà, Pollock’s One, times with the birth of a synthetic star, 1958 BLACK PAINTINGS, DEATH & DISASTERS, modernism at its most powerful, before the point where circuses began. (S. Parrino, The No Texts, 2003, p. 37). 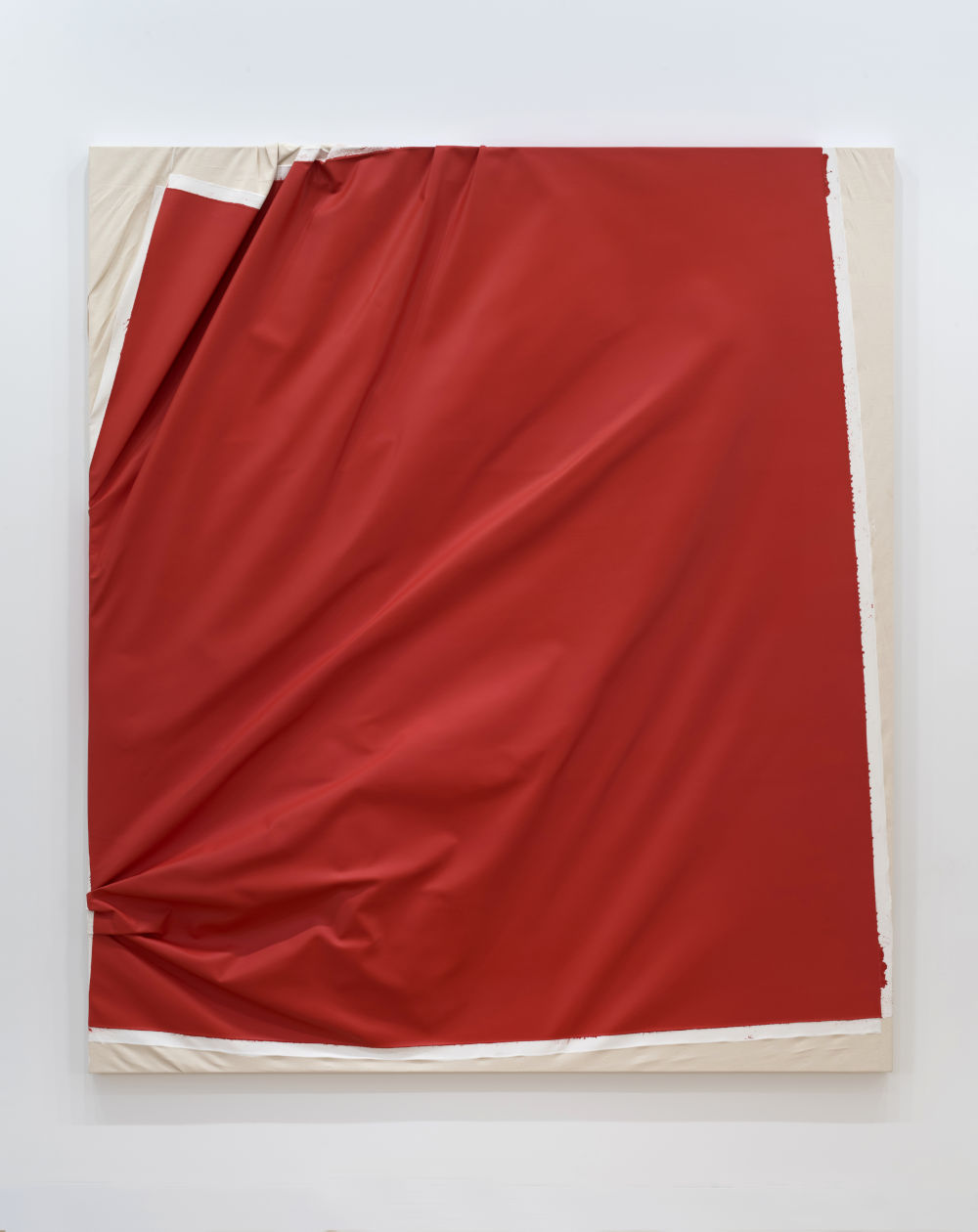 Radical in both popular culture and the avant-garde, Parrino was fueled by an appetite for destruction. In the late seventies, he began attacking, slashing, tearing, and twisting the canvas, disrupting the traditional Greenbergian celebration of flatness. With an uncompromisingly nihilist attitude, Parrino in many ways mirrored the rebellions of the American punk music scene and subcultures, translating that chaotic spirit in his work. Yet despite the embrace of chaos, his keen awareness and understanding of modernism, semiotics, and the theoretical texts of minimalists such as Donald Judd and Frank Stella, awoke the possibilities of painting as an object or a real fact.

Parrino’s Crow-Bar Piece serves as an example of his synthesis of the two most significant movements in modernism: abstract expressionism and the monochrome tradition. The black painting is altered, violated and attacked, translating Pollock’s action to destruction. The corruption of the flat surface of the monochrome only re-affirms its energy and vitality. Parrino speaks on his process, stating, “By unstretching the canvas, I could pull and contort the material and reattach it to the stretcher, in effect, misstretching the painting, altering the state of the painting. The painting was, in a sense, deformed. This mutant form of deformalized painting gave me a chance to speak about reality through abstract painting, to speak about life” (S. Parrino, Altered States: American Art in the 90s, 1995, p. 7).

First exhibited in 1995 at Art & Public in Geneva, Parrino’s Amphetamine Monster-Mill series of black and white photo-collages contribute to the artist’s visual world and subculture, supporting the sentiments of his abstract work. The collages are akin to Parrino’s interest in comic books and graphic novels, which can be identified throughout his career. Publishing his own graphic novel in 2002, titled Exit Dark Matter, entitling works after notable superheroes such as Silver Surfer from 1987, and finally, Black Noise, the posthumous comic book homage to Parrino – all impress the love he had for the medium.

Steven Parrino: Paintings & Drawings 1986 – 2003 is the first exhibition in the artist’s native New York City since 2007. It explores and celebrates the artist, his work, and the continuation of his legacy. In his own words, Parrino writes, “Most are afraid of total freedom, of nothingness, of life. You try to control everything, but nature is uncontrollable. It doesn’t matter how you express yourself (words, image, electric guitar), what matters is that you have something to express” (S. Parrino, The No Texts, 2003, p. 34).