Christophe Guye Galerie presents Stéphane Couturier’s second solo exhibition at the gallery. The exhibition shows works from three different series – ‘Alger’, ‘Sète’ and ‘Les Nouveaux Constructeurs’ – which all have a certain shifting/interwoven quality that allows the eye to lose itself and wander. 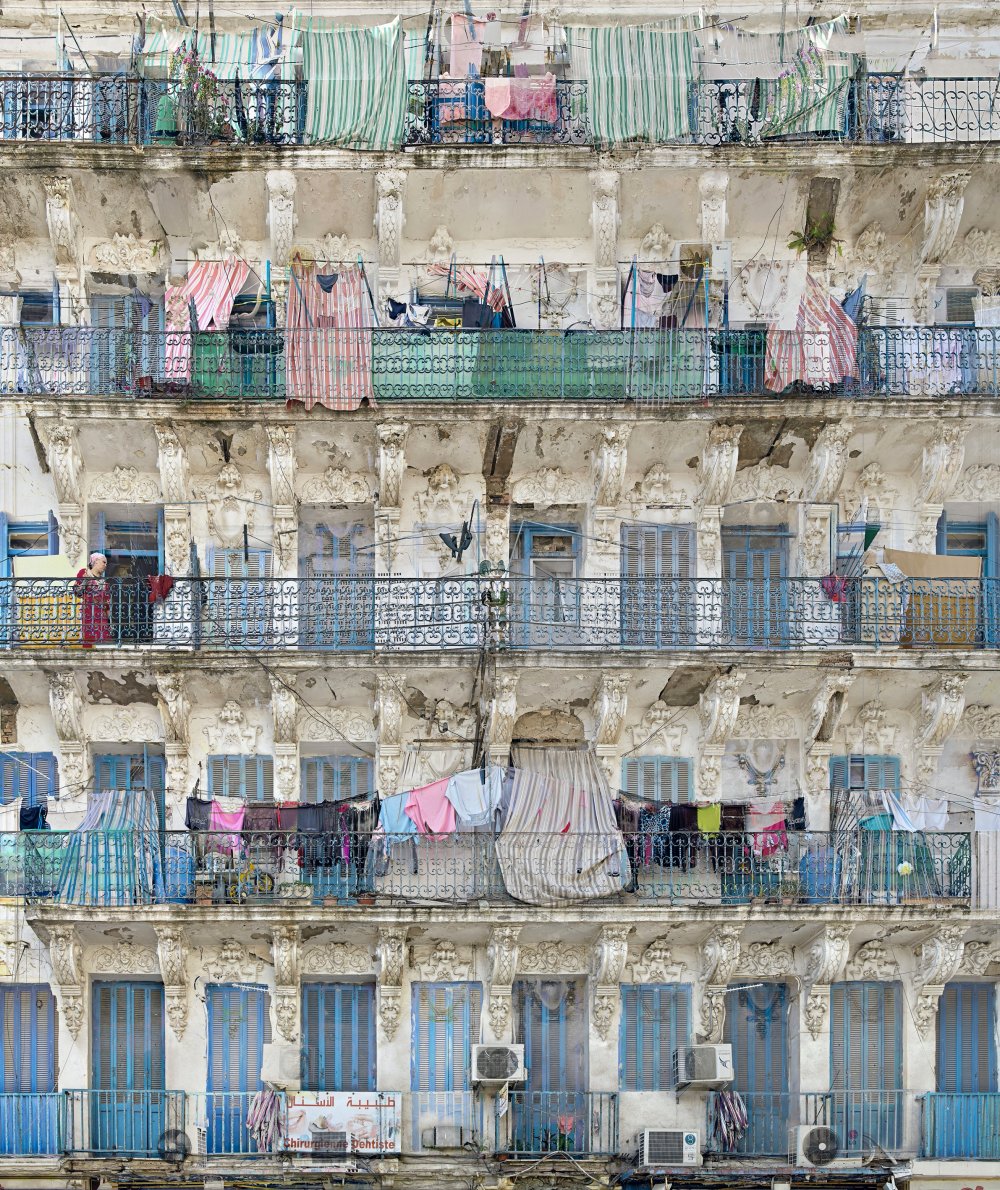 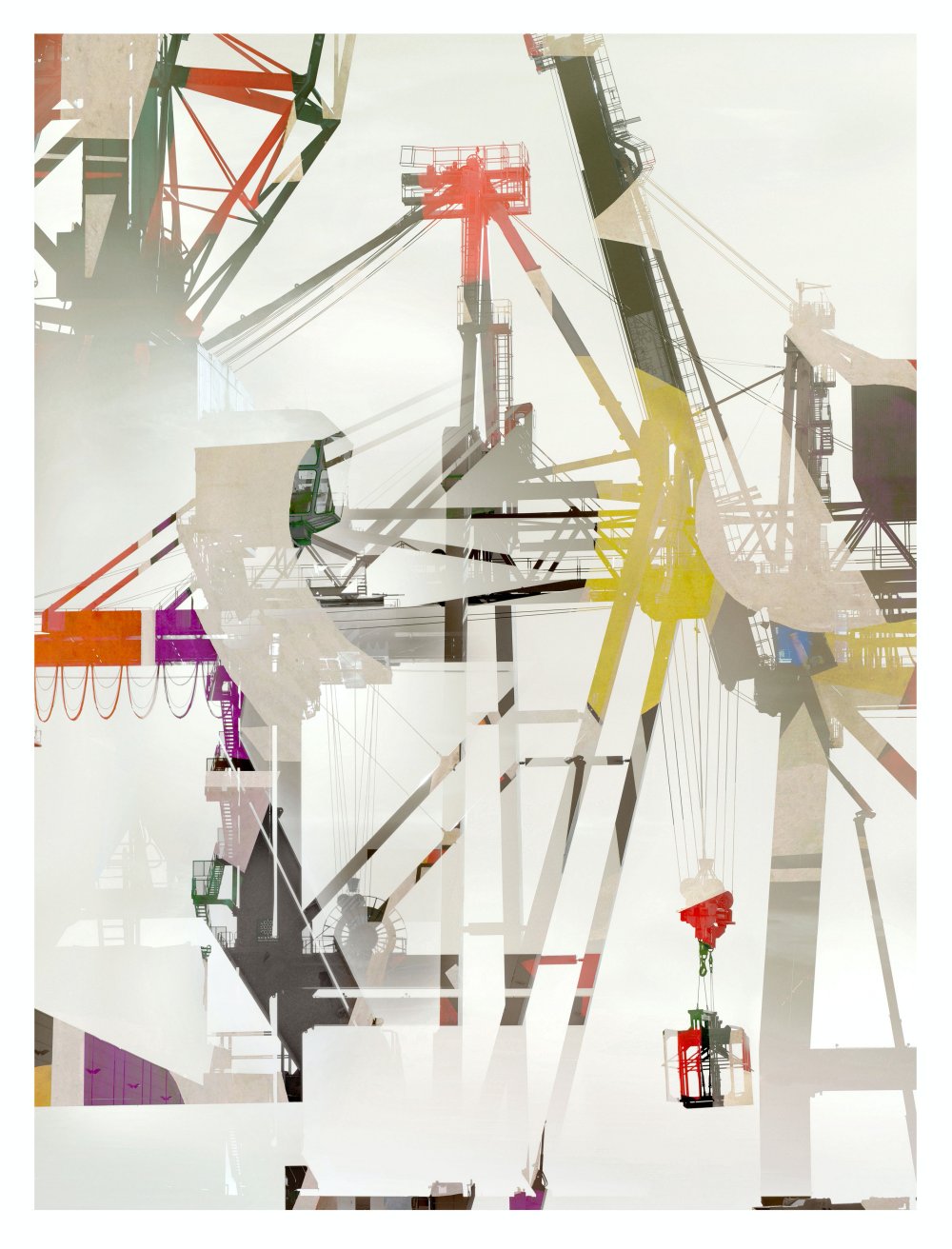 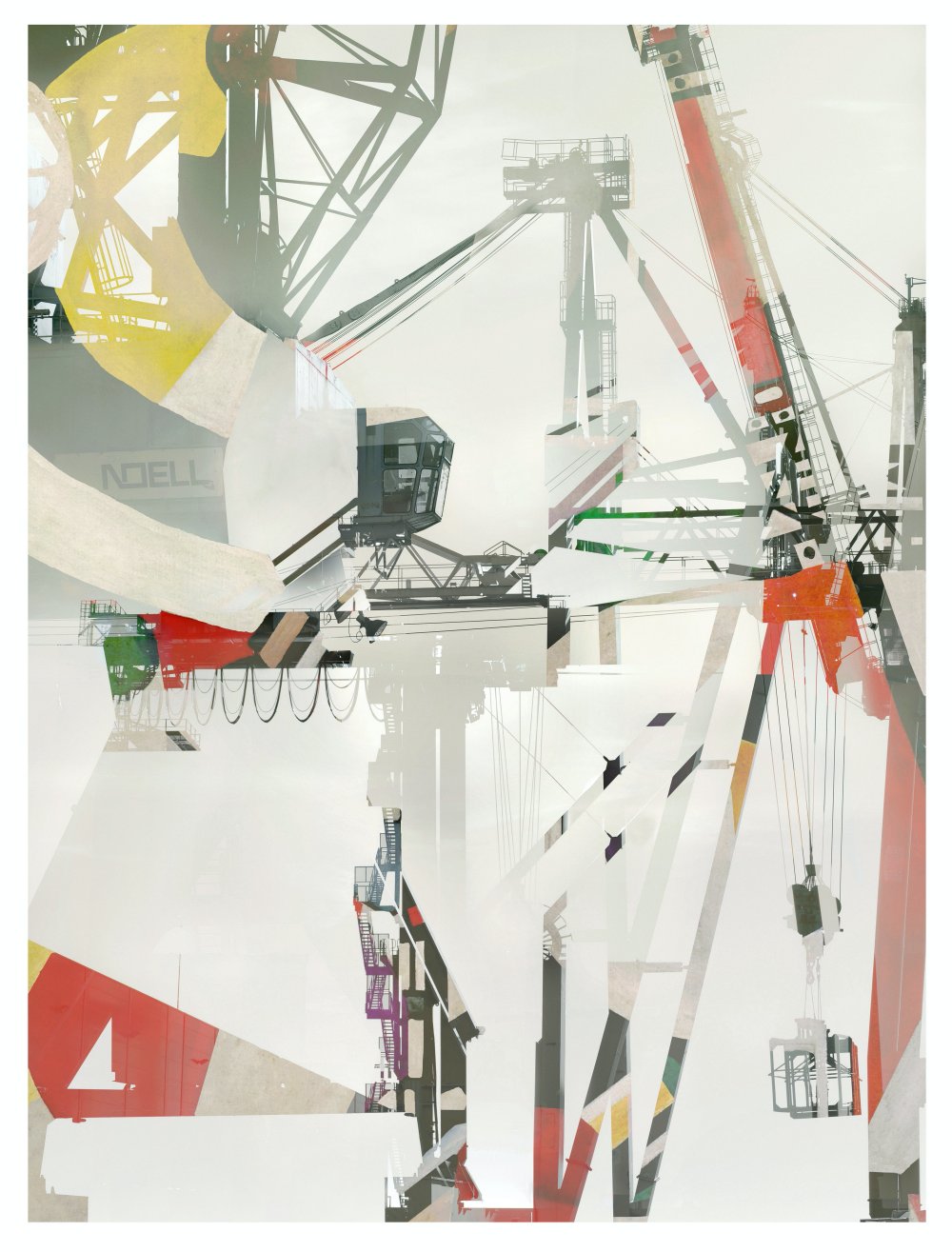 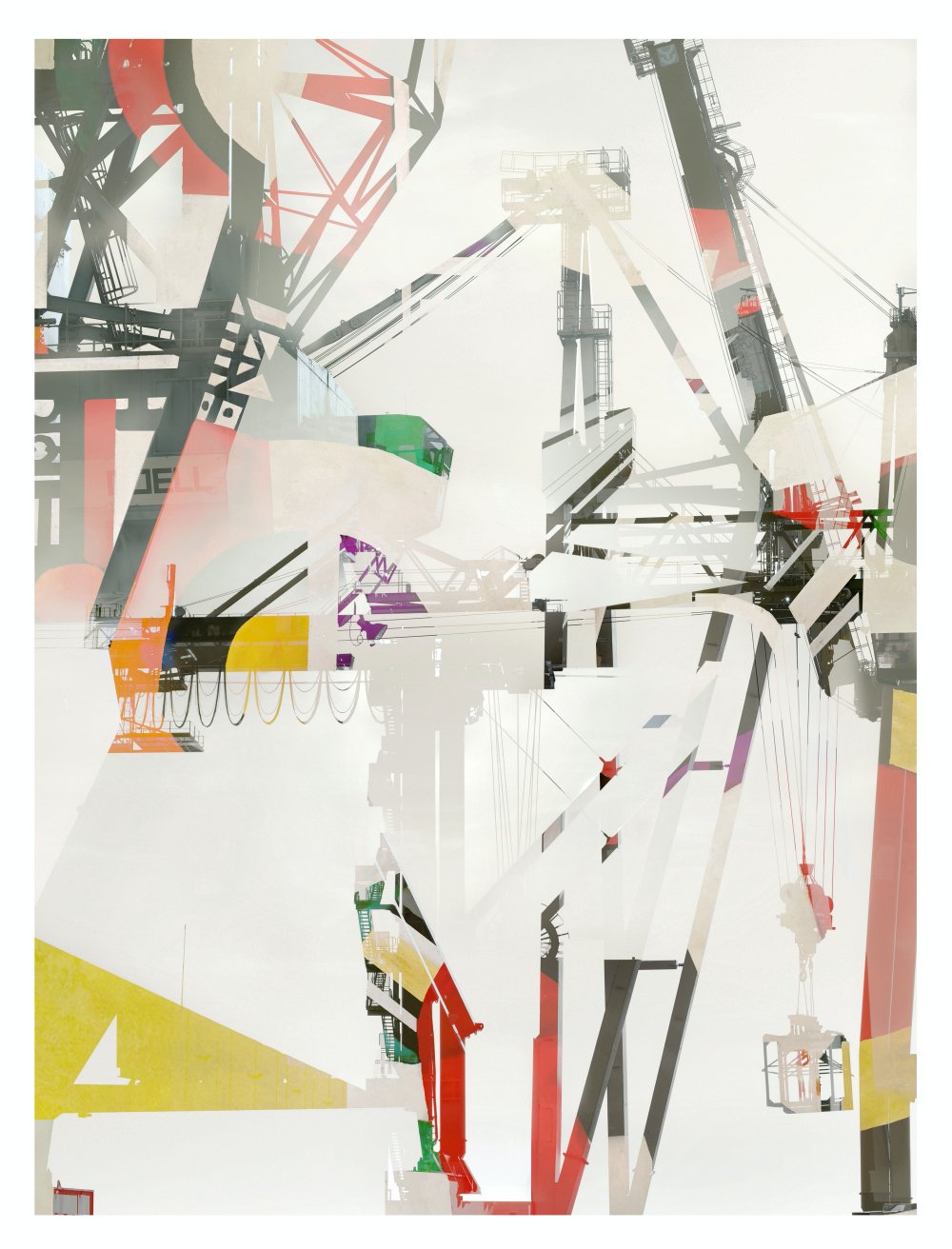 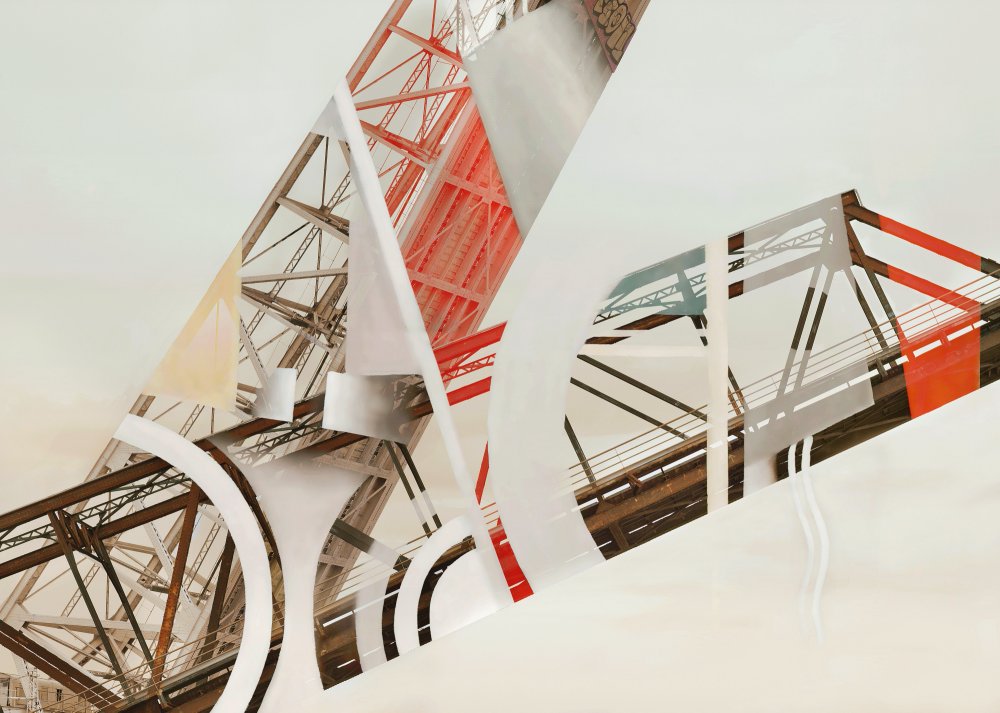 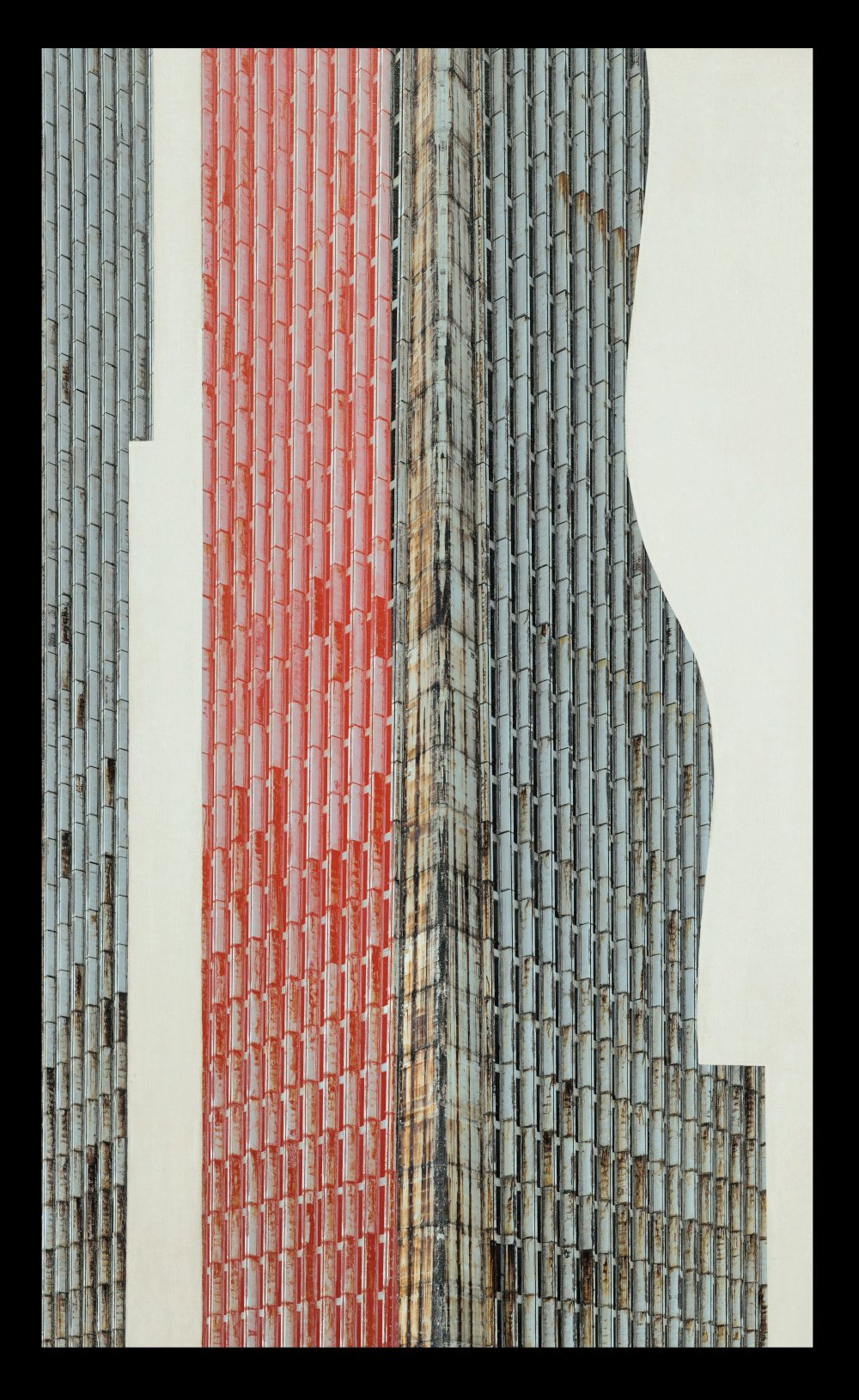 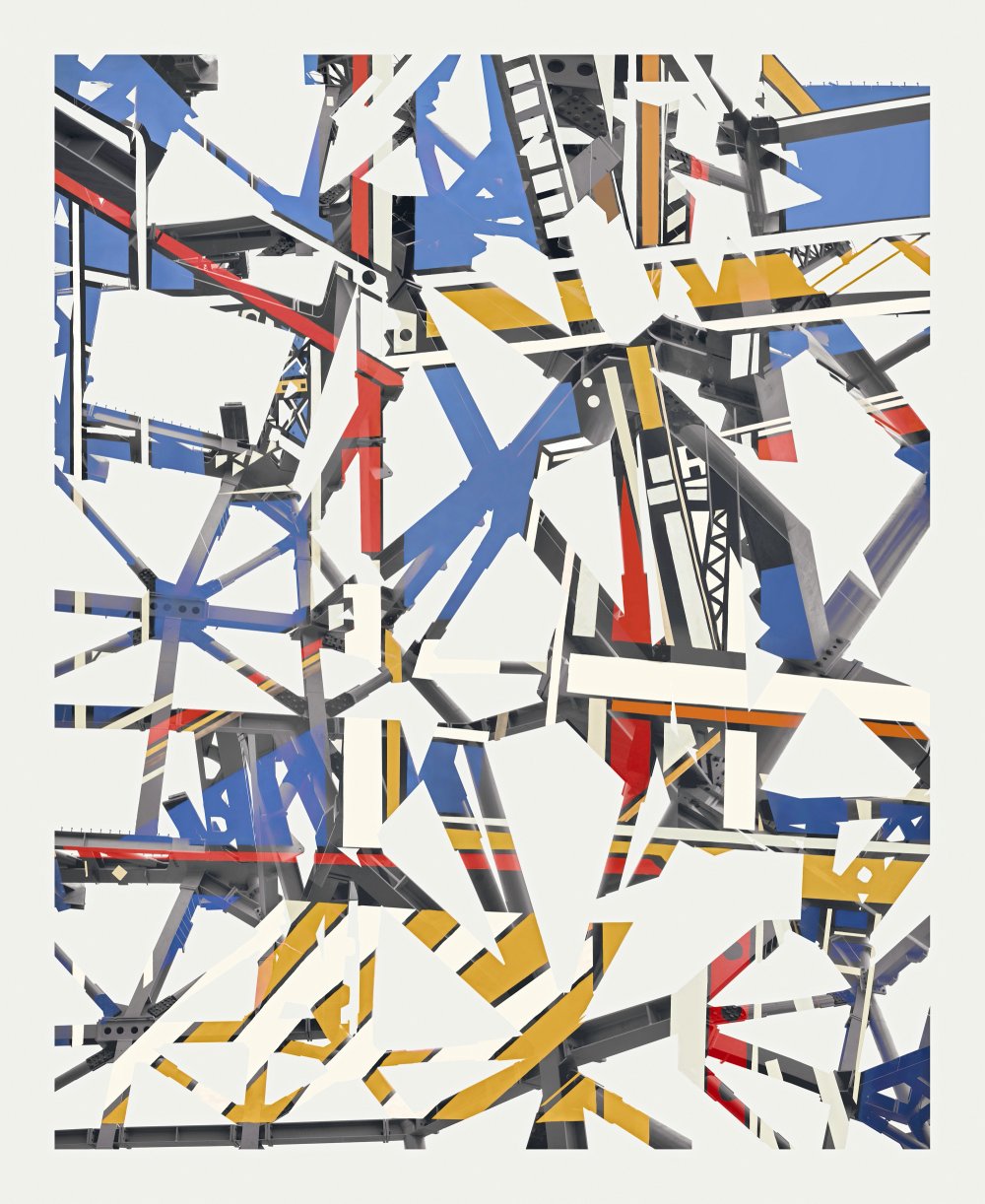 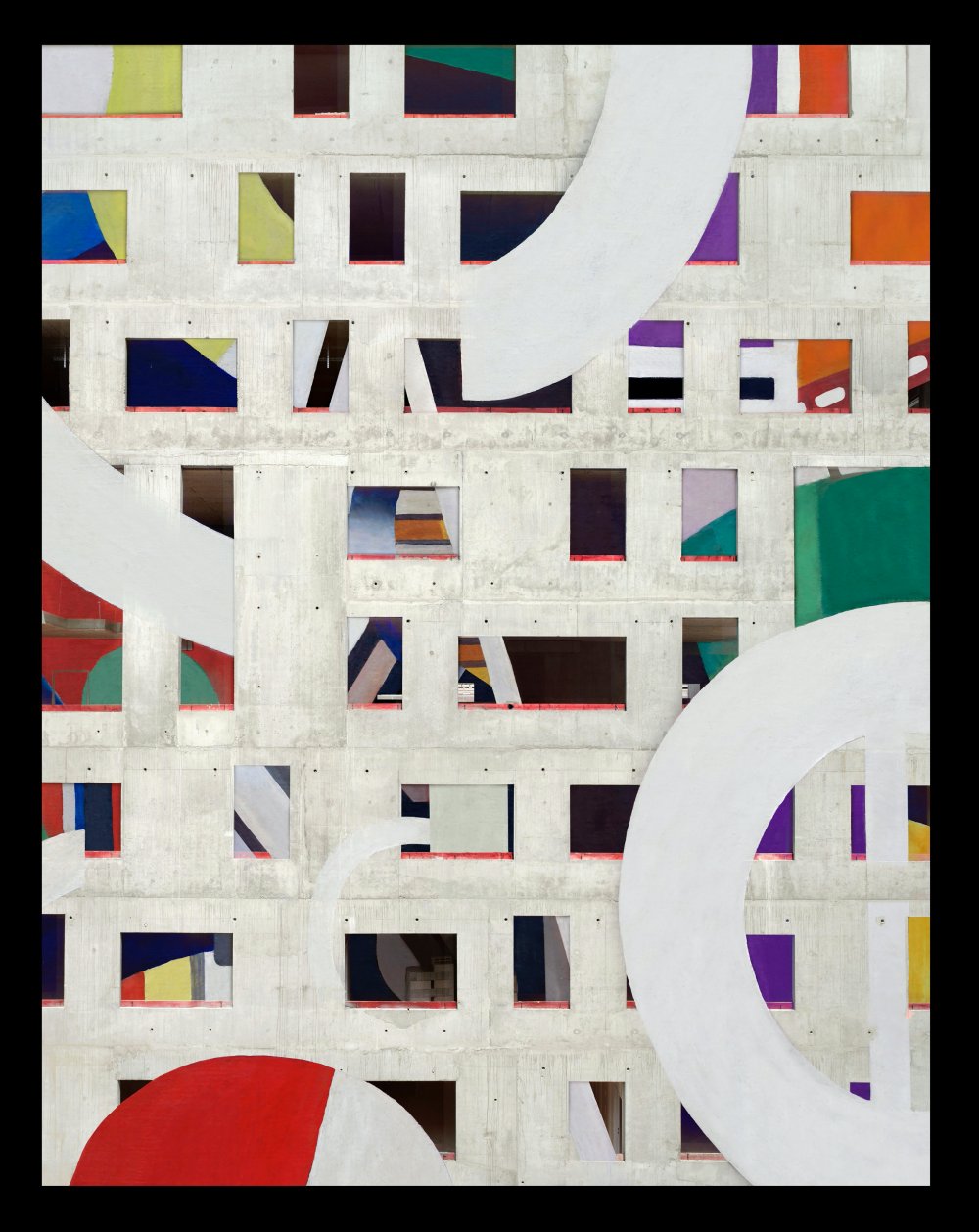 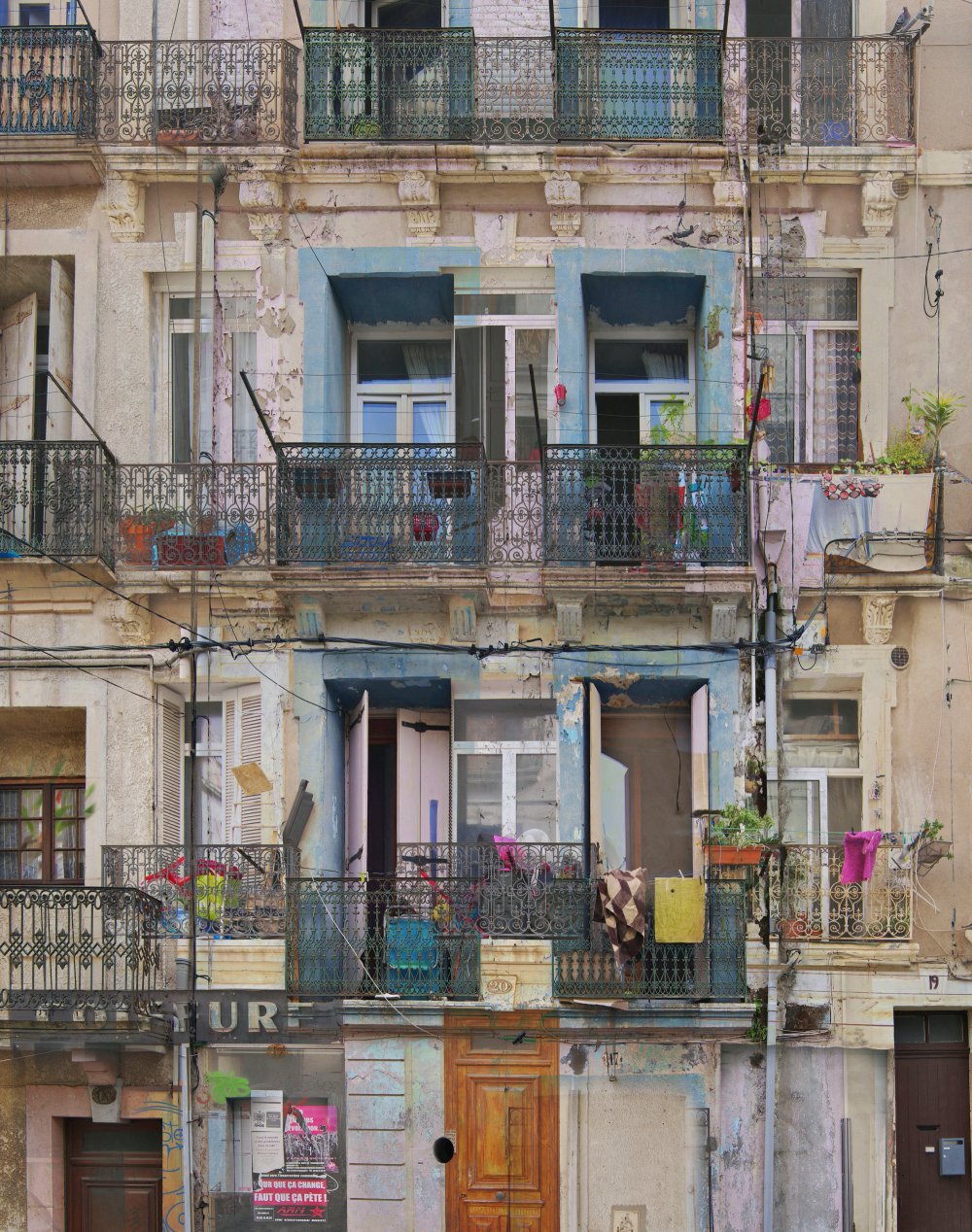 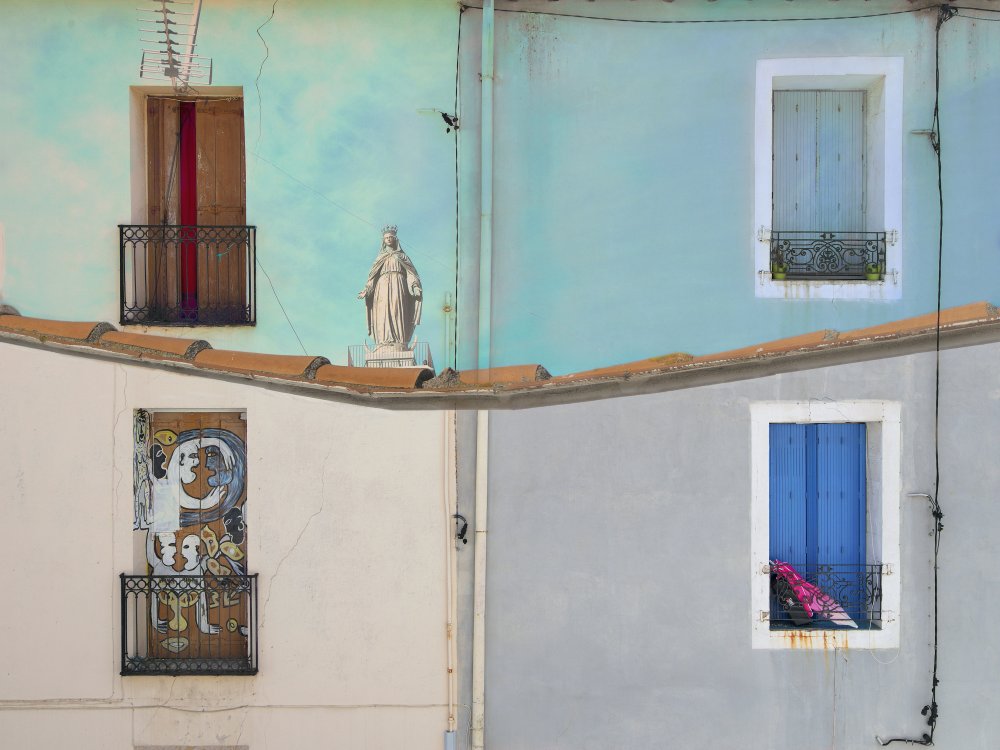 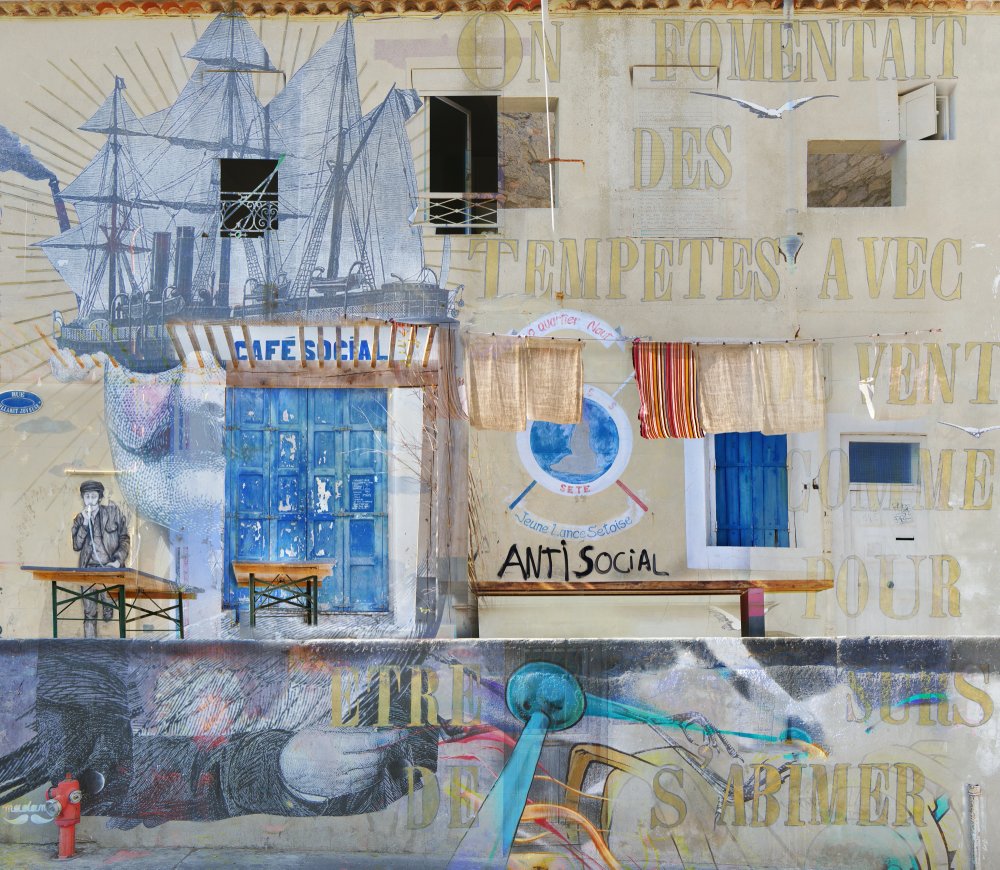 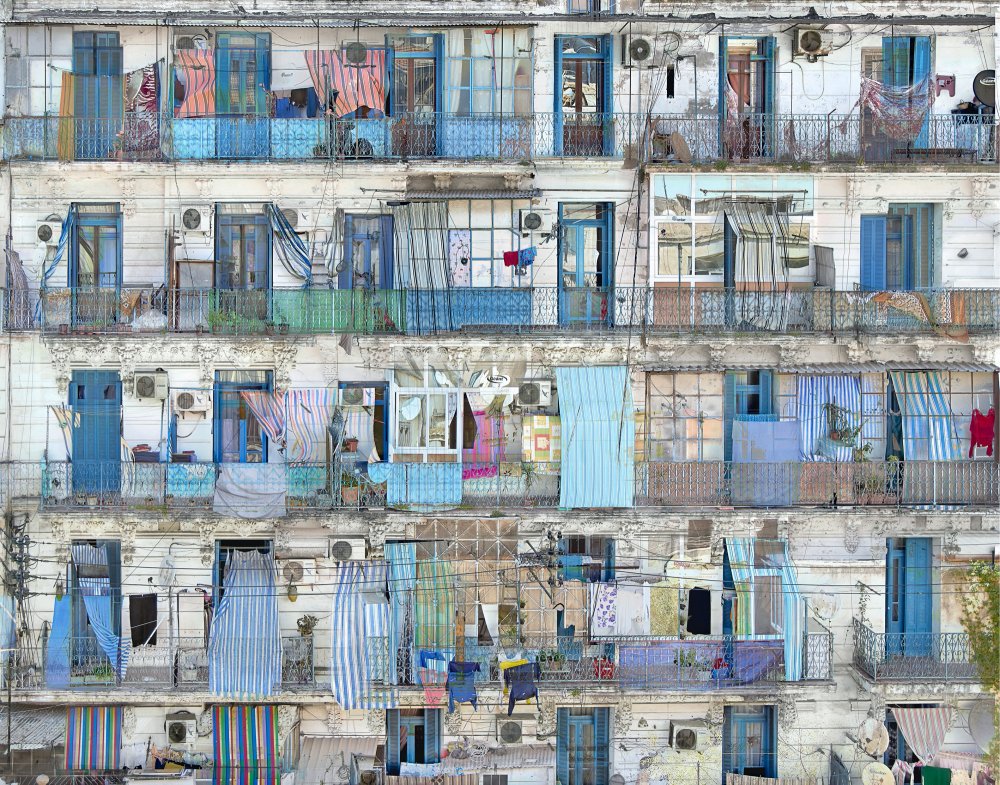 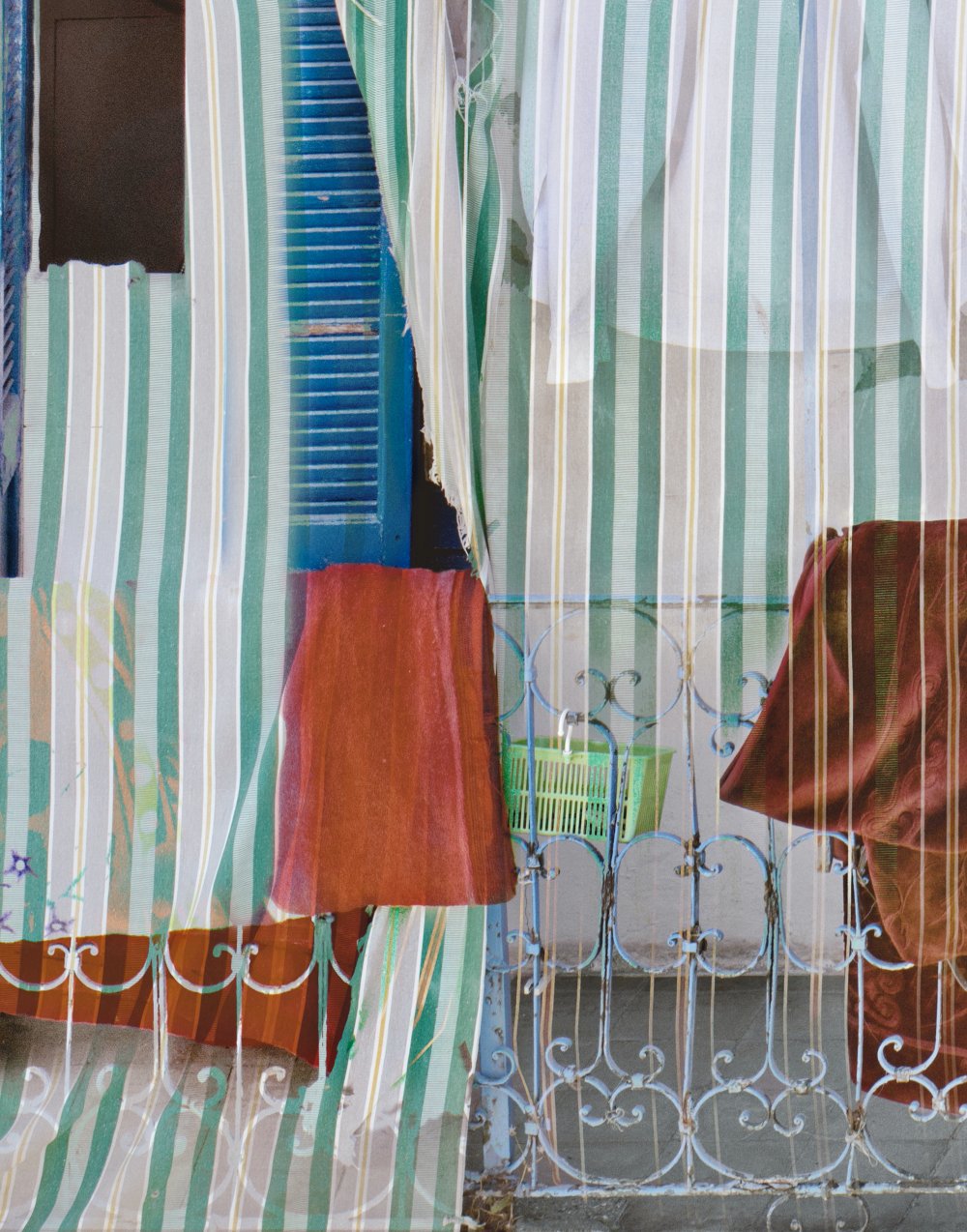 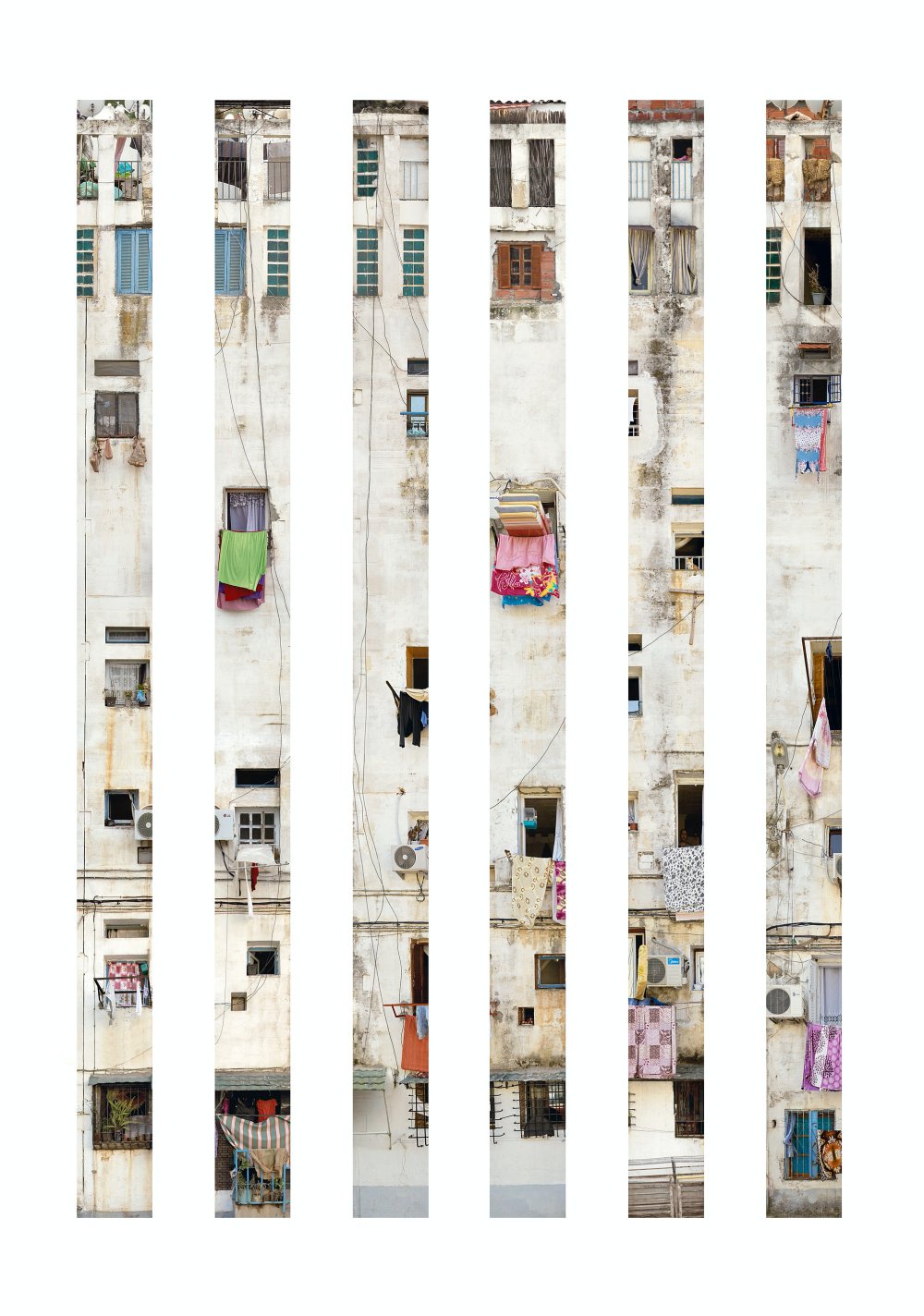 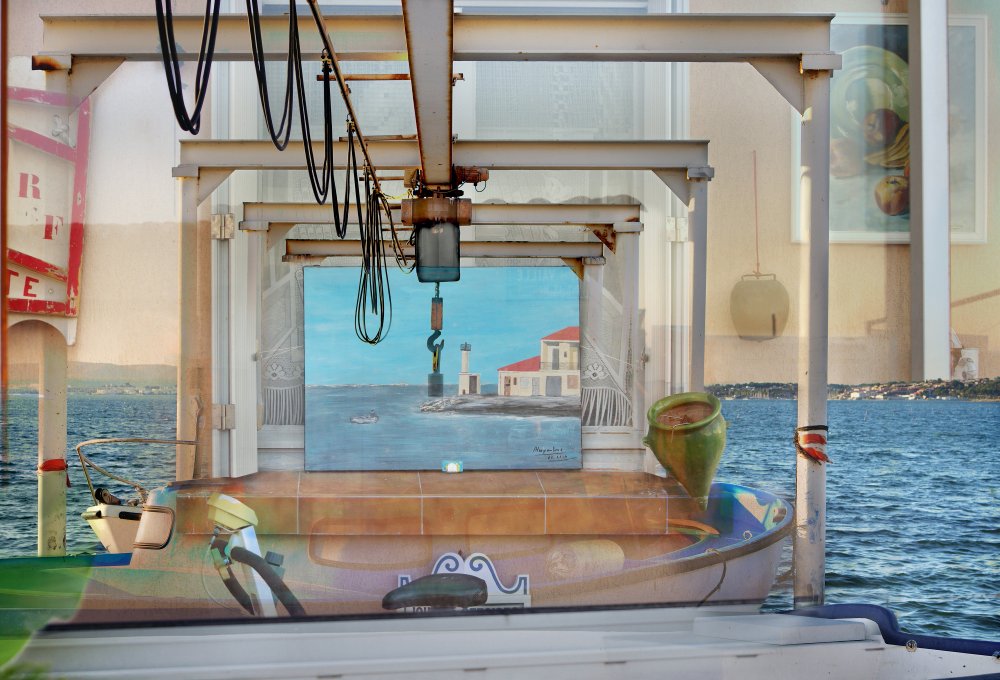 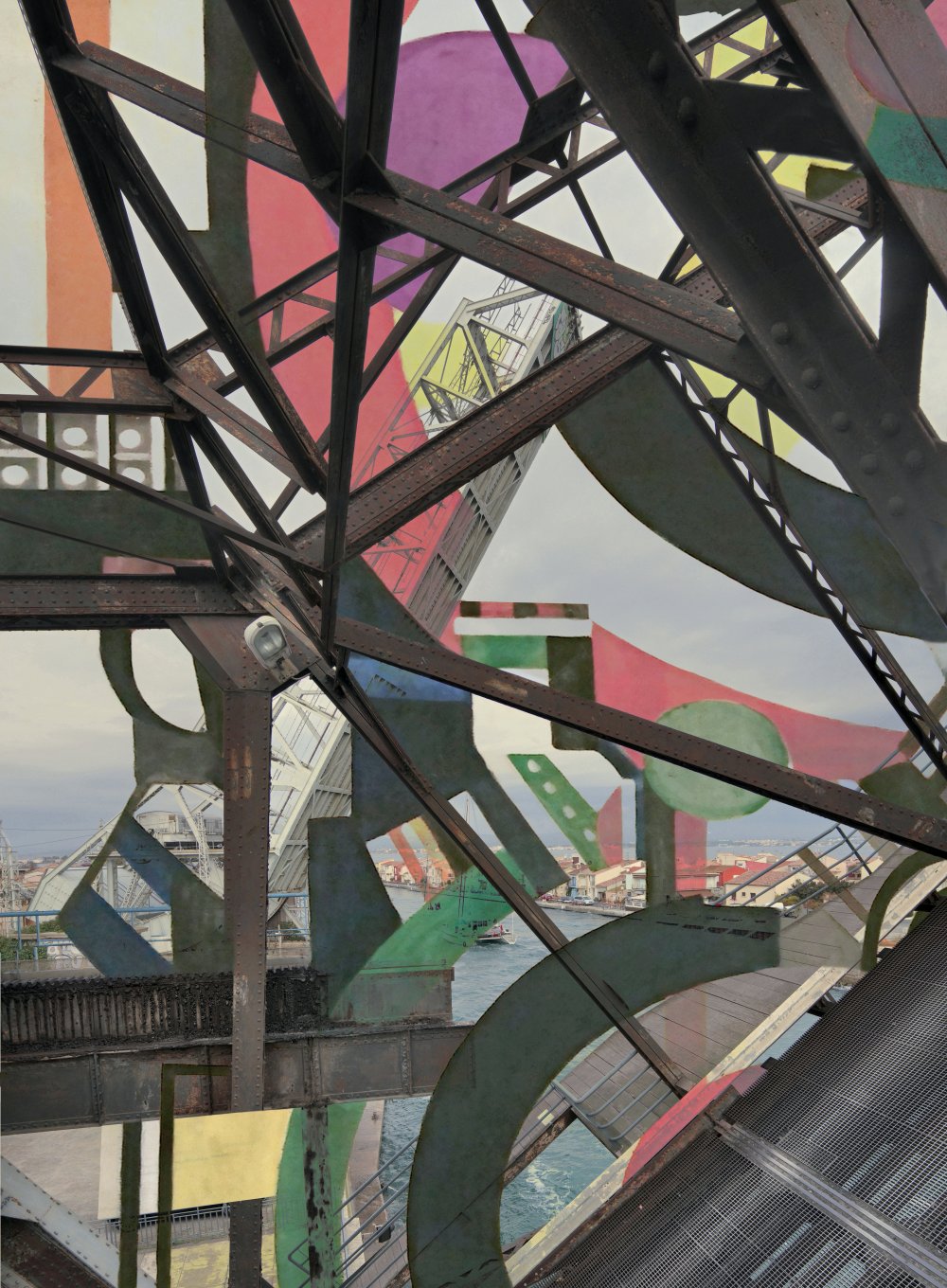 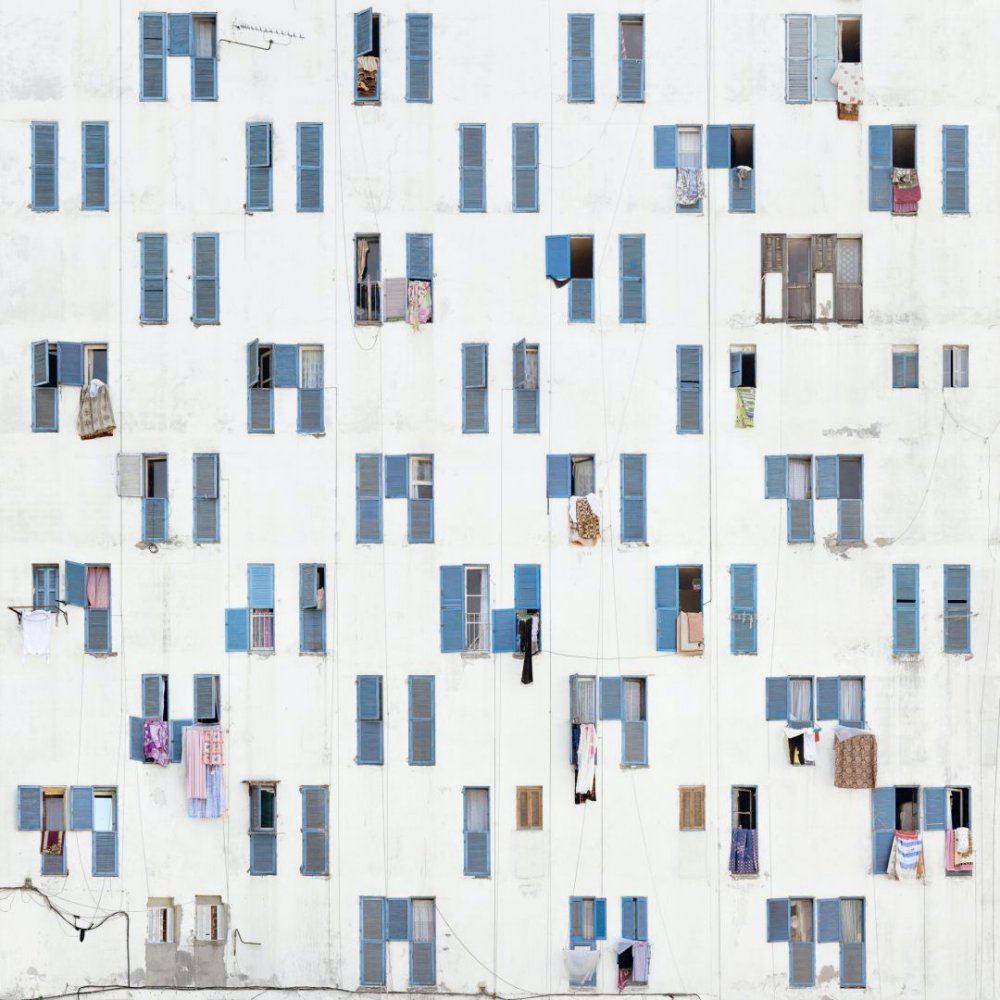 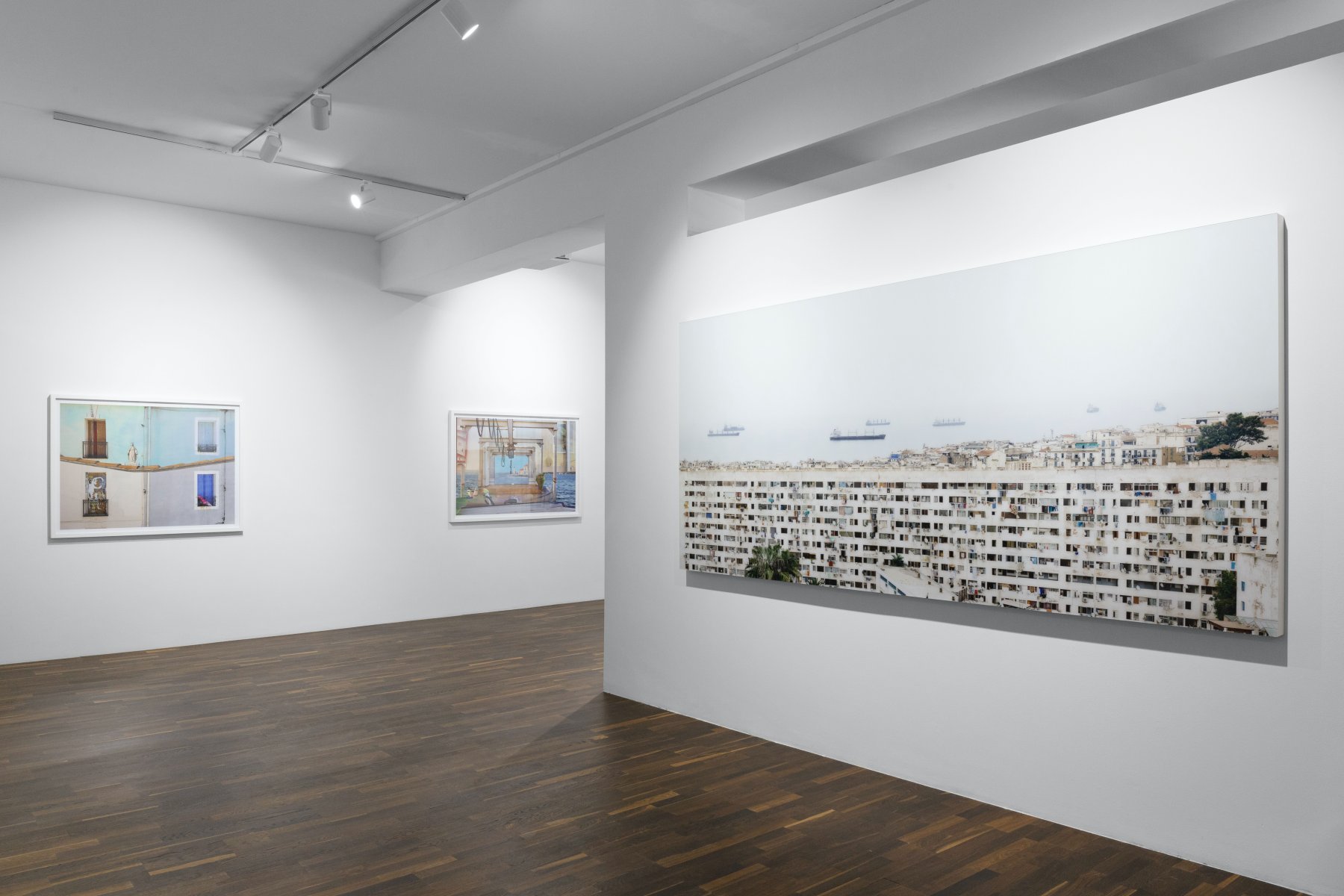 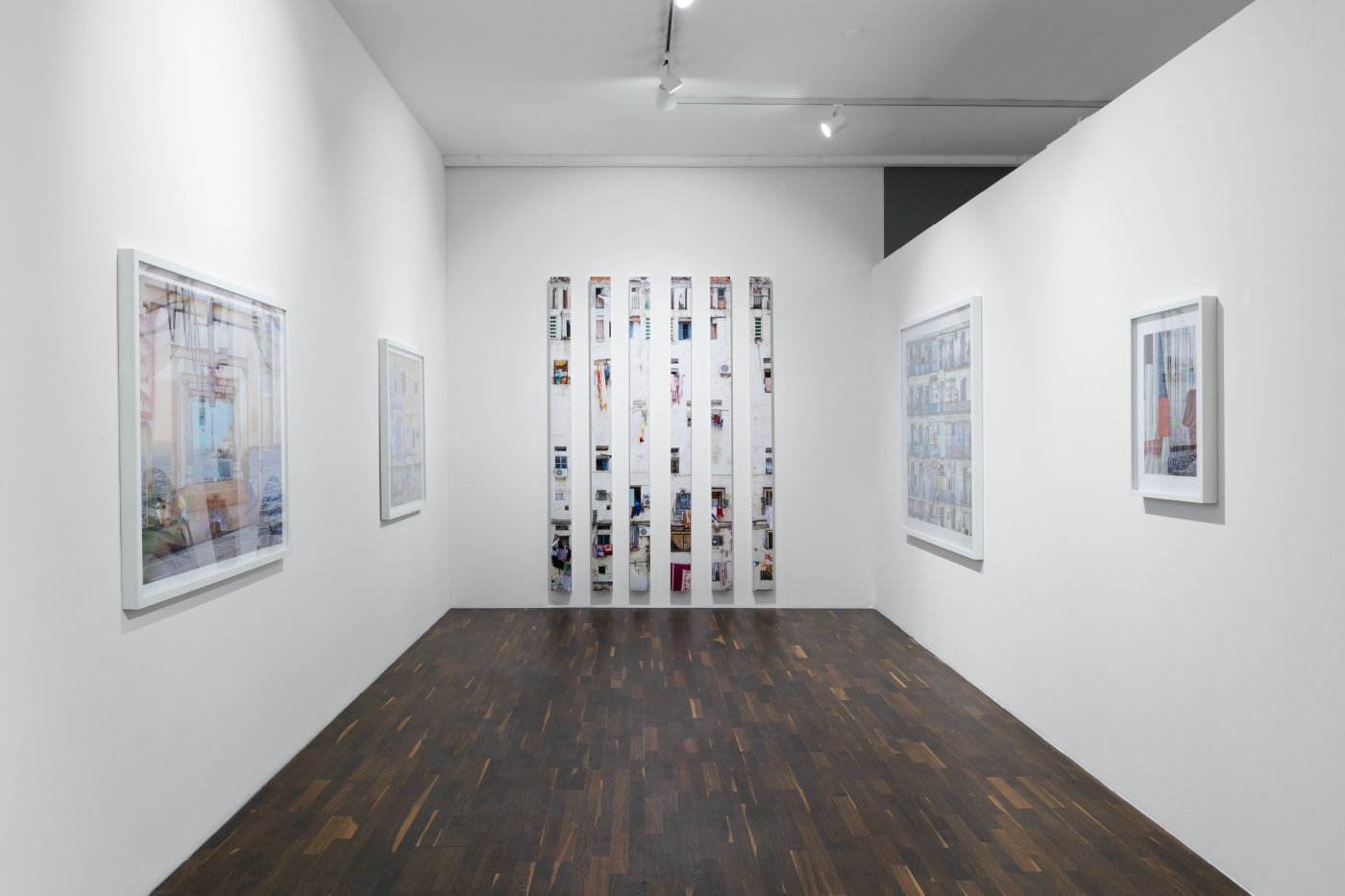 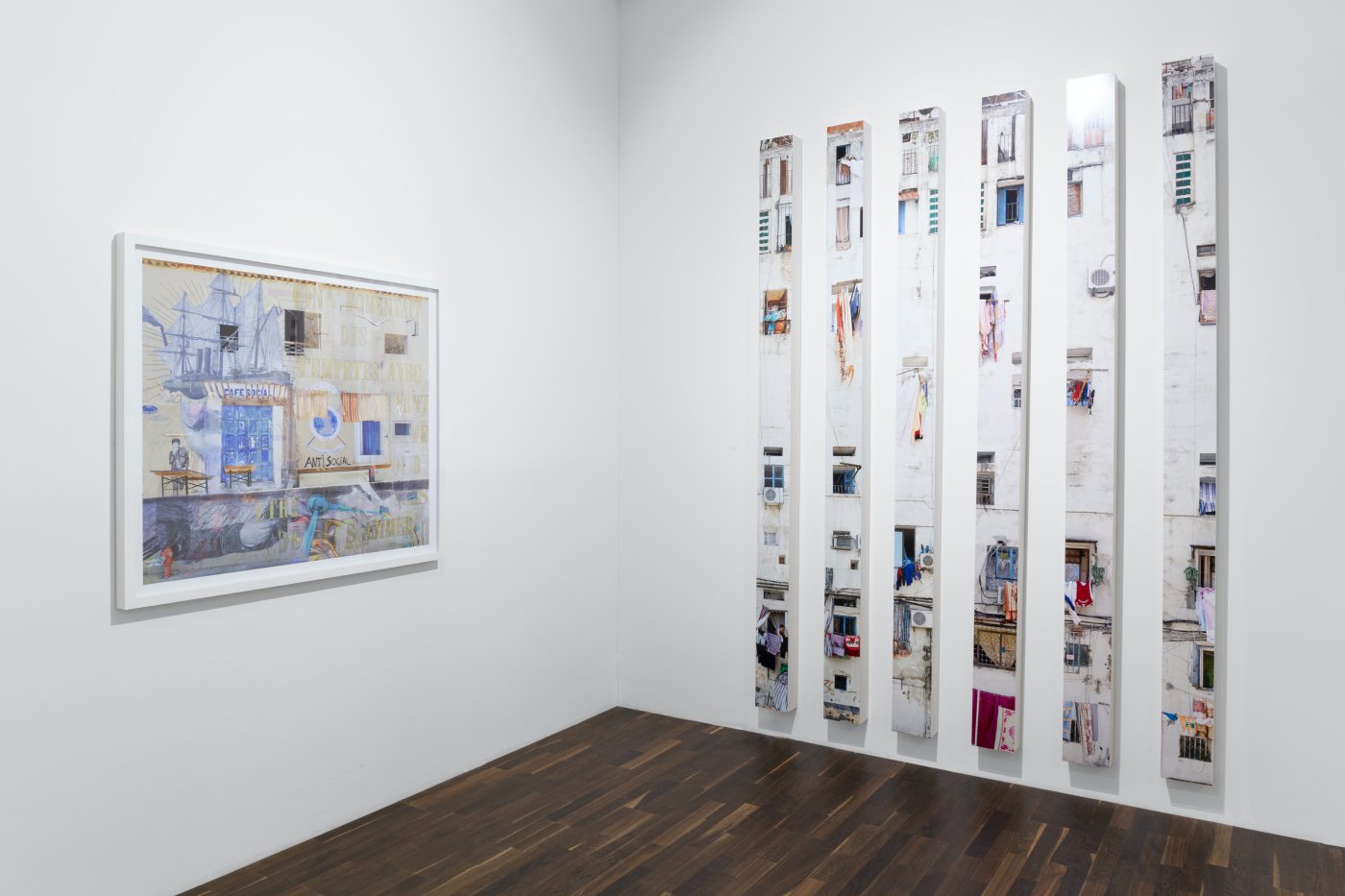 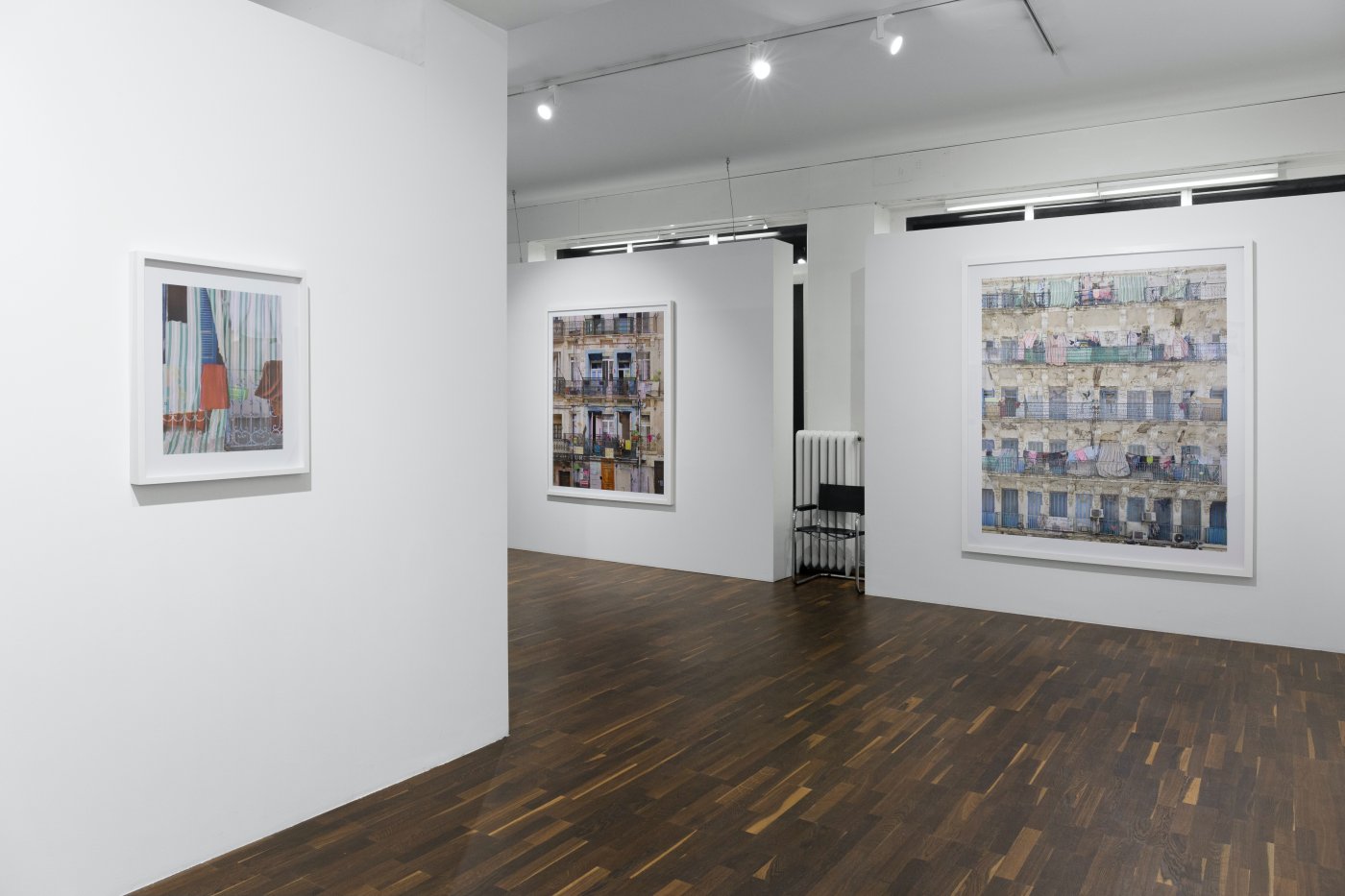 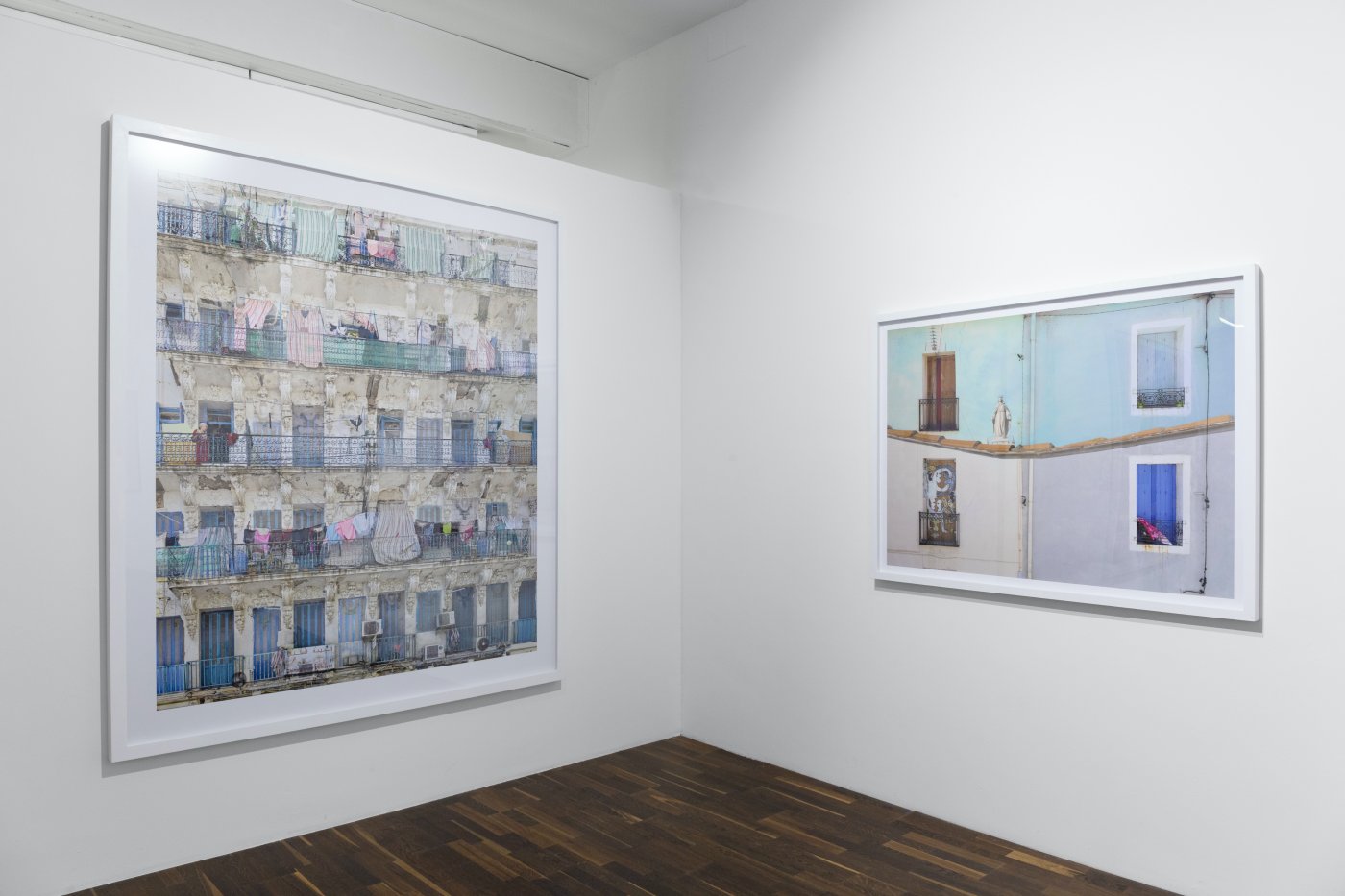 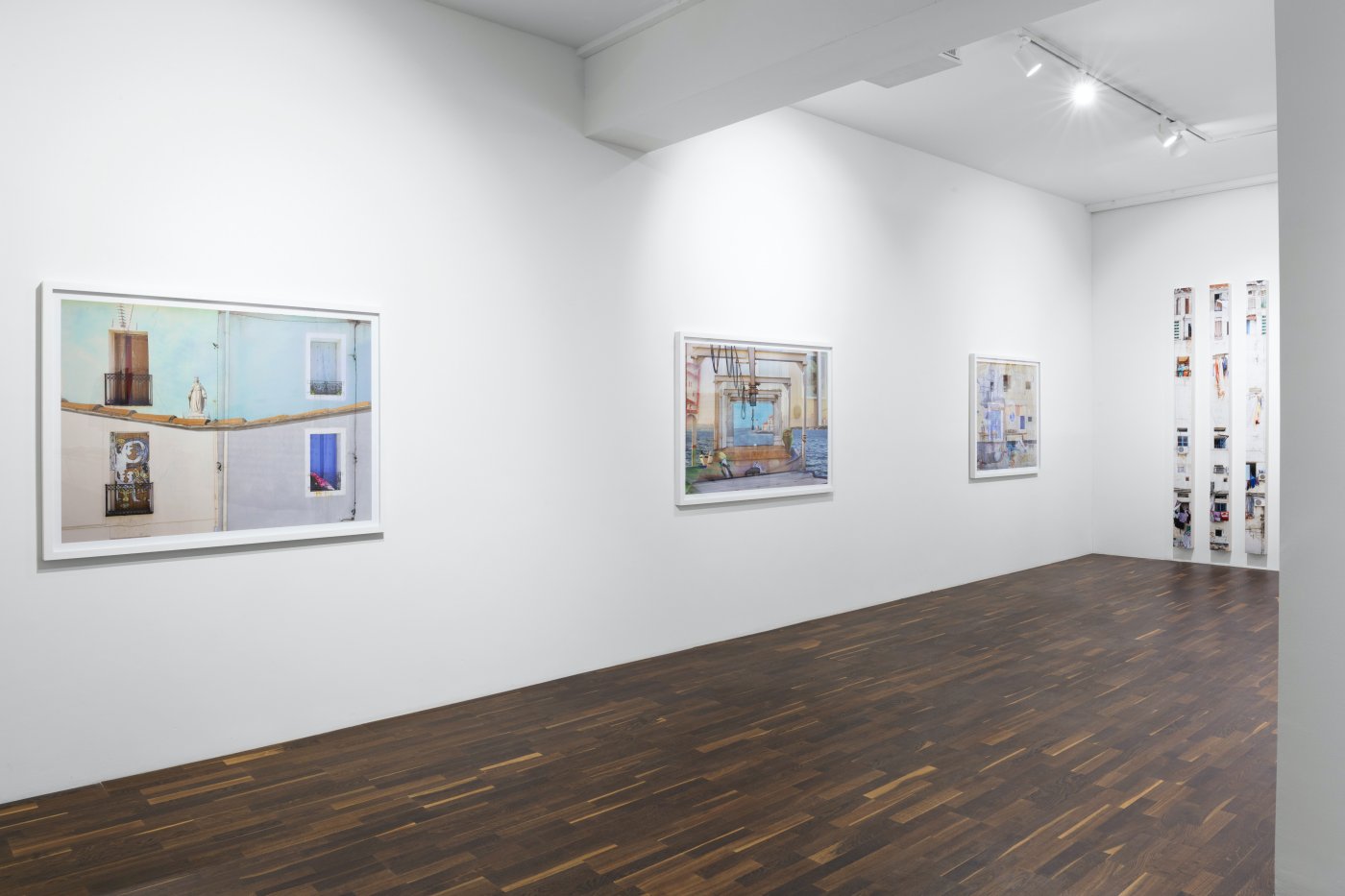 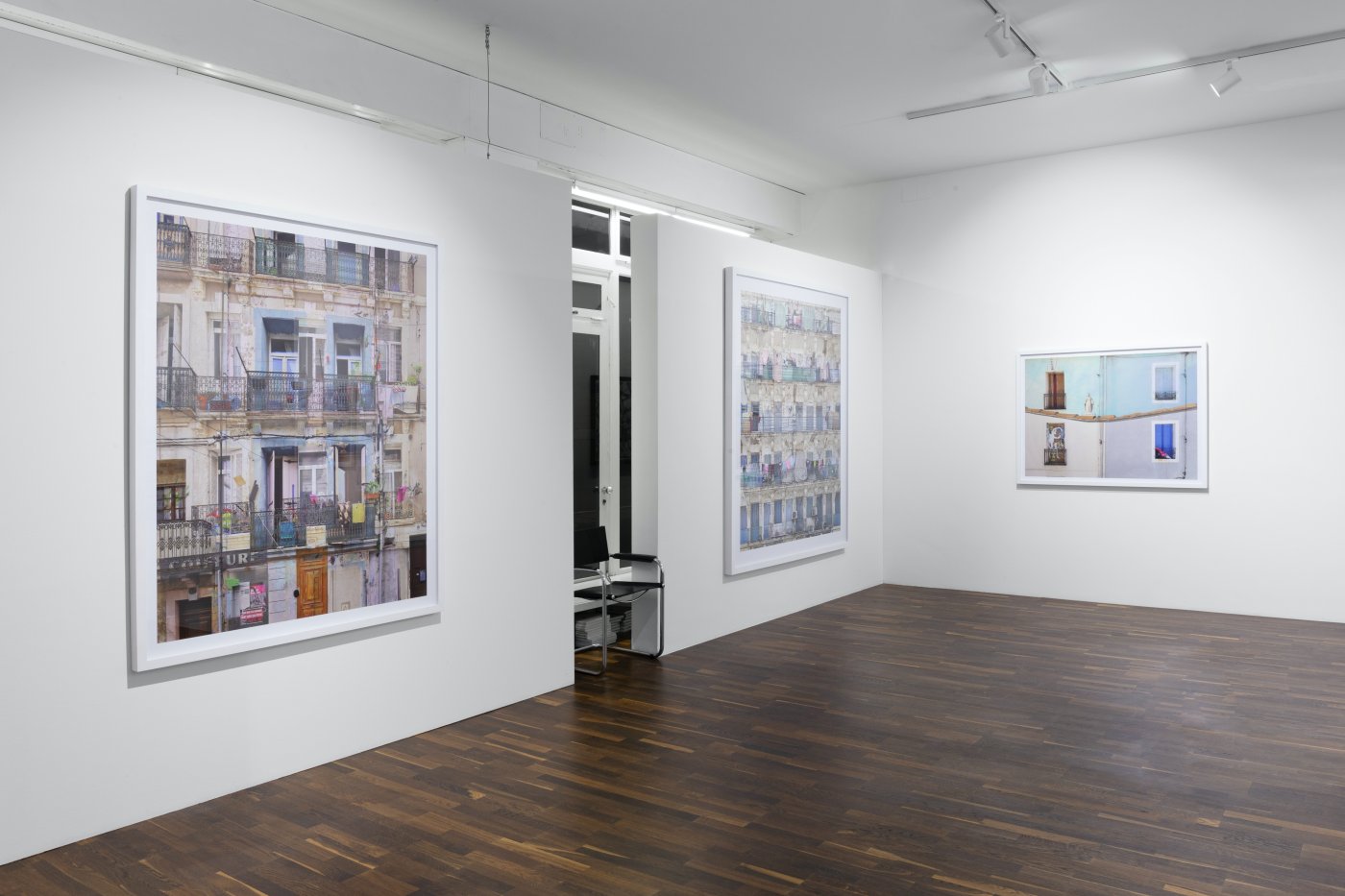 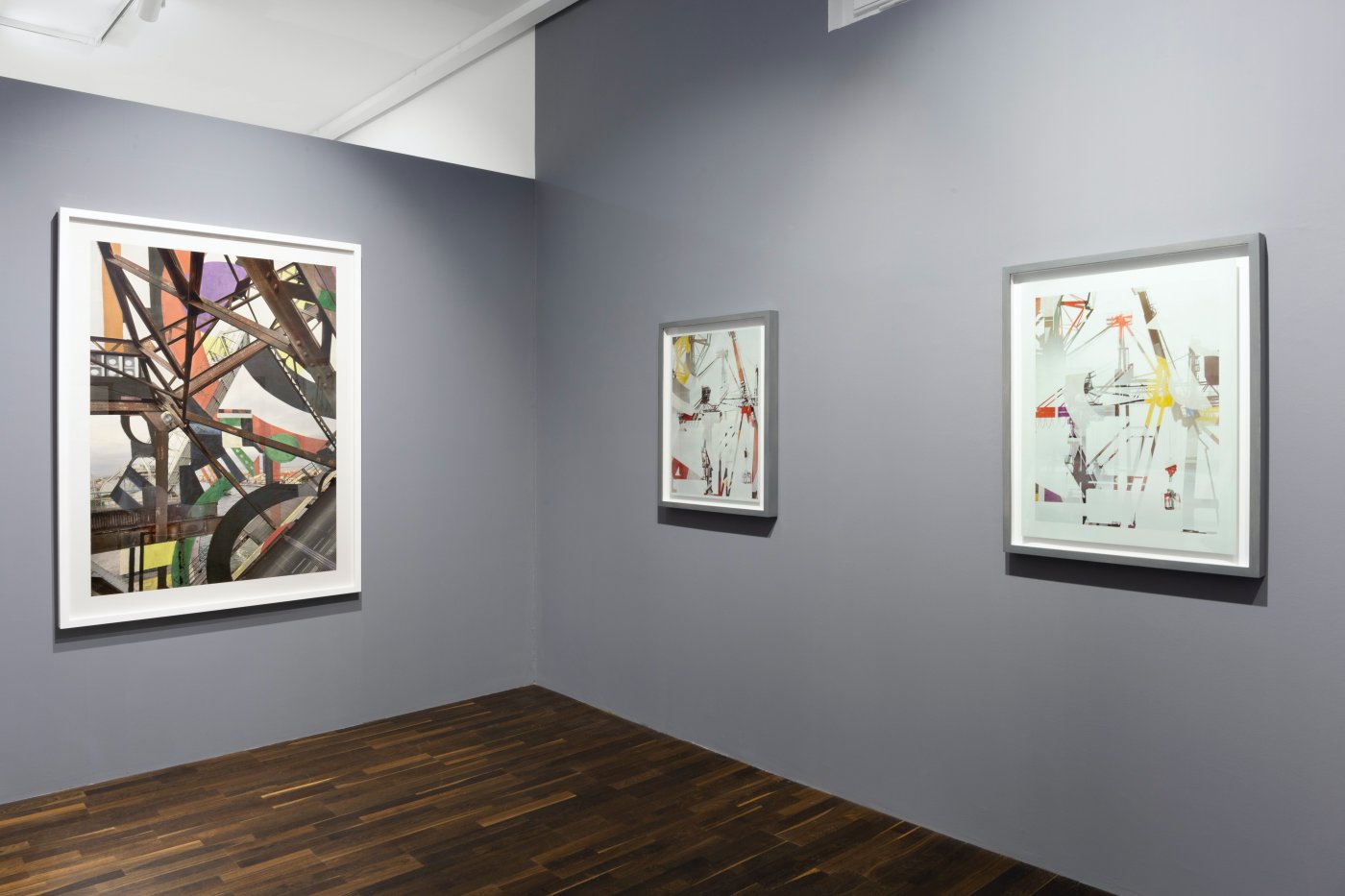 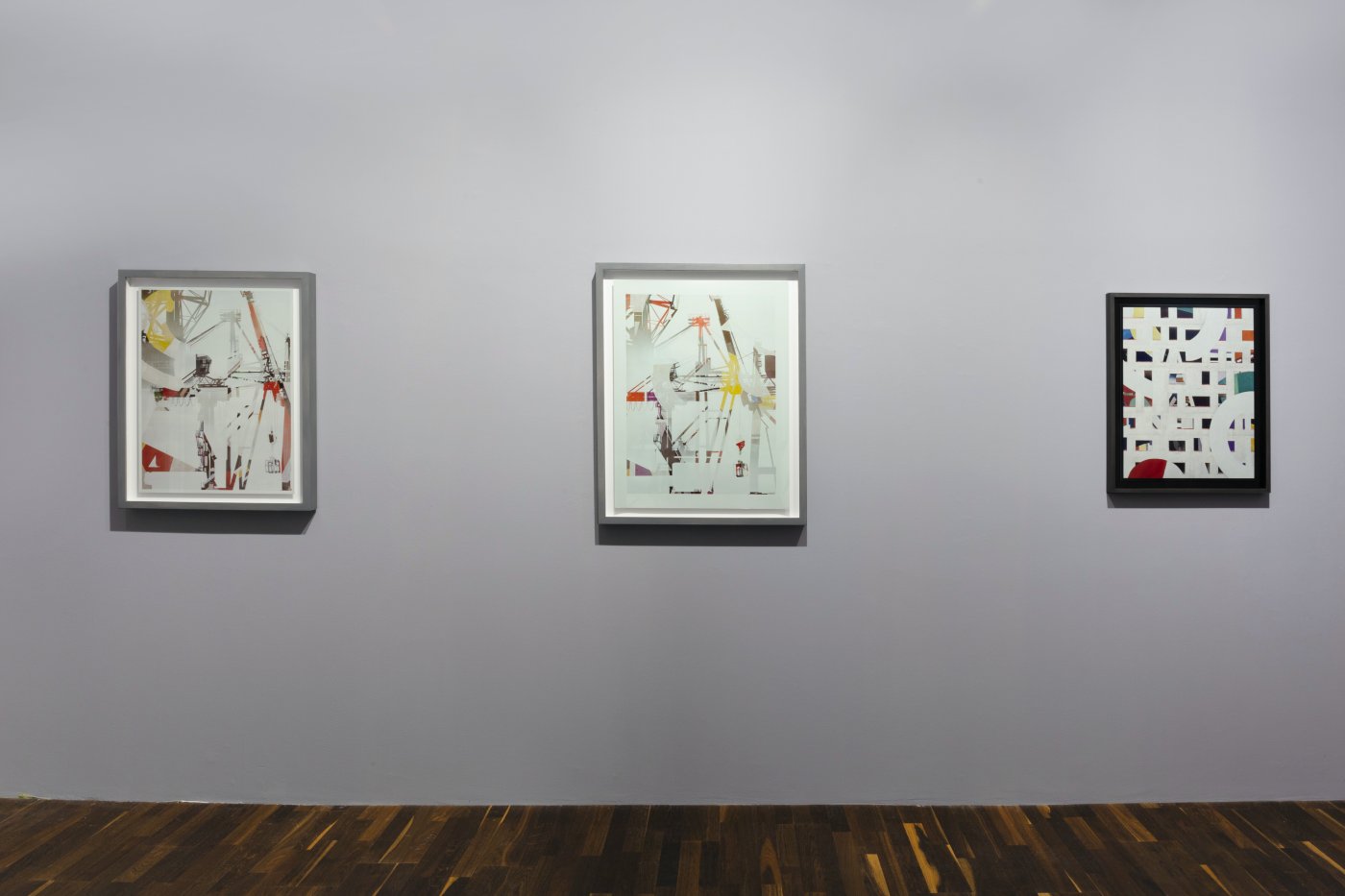 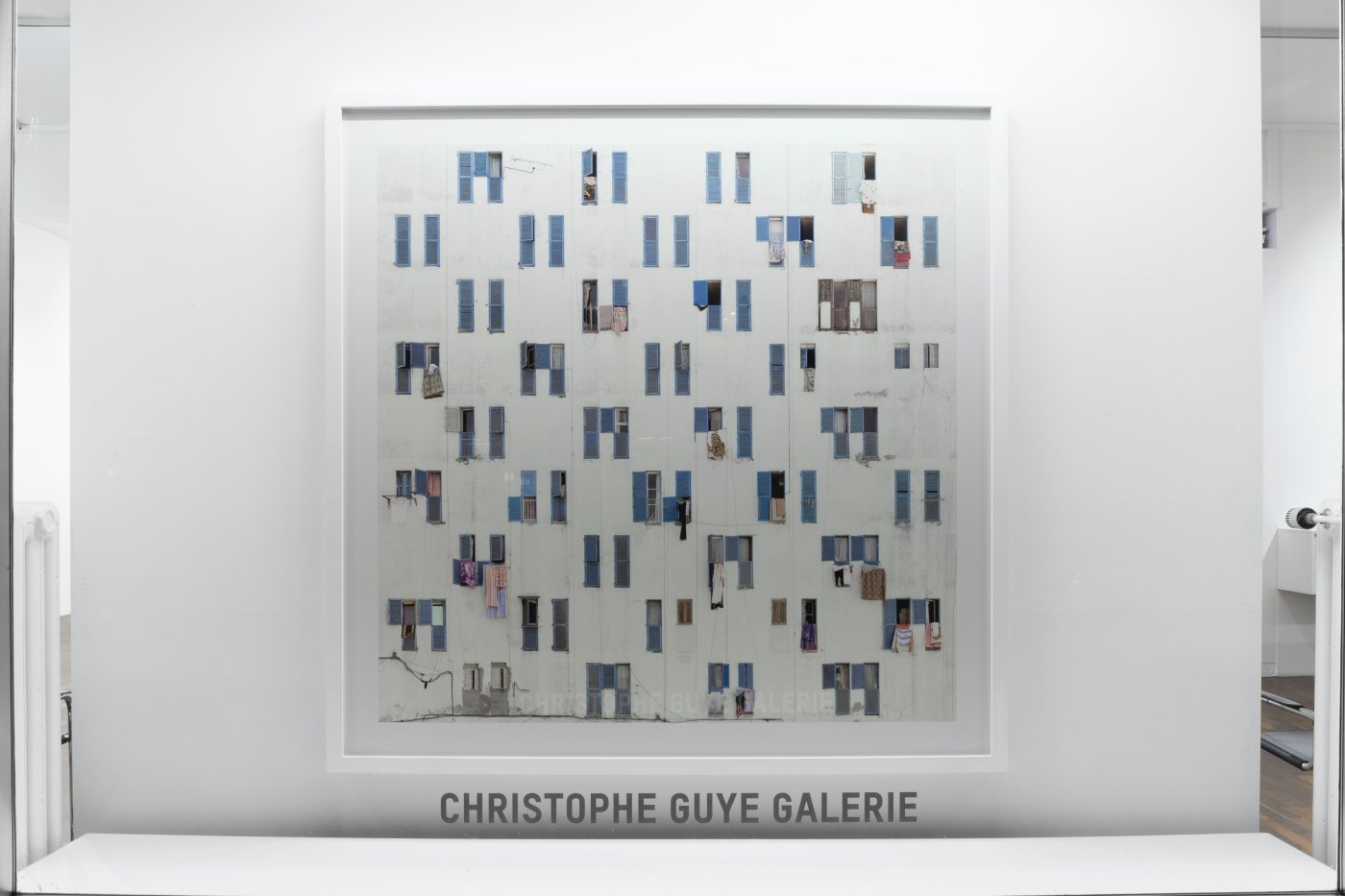 The photographic work of Stéphane Couturier combines a documentary approach with a complex treatment of the composition. On the one hand, he recomposes images by combining them in new ways. On the other hand, he superimposes two or more images and merges two layers of reality, which creates compositions that open up a new space-time. Stéphane Couturier thus questions the allegedly objective nature of the photographic medium: the image becomes a material. From this material, a machine to construct a combination of shapes which continuously updates the recorded reality is born.

Born in 1957 in Neuilly sur Seine, Stéphane Couturier currently lives and works in Paris. Couturier began his career as an art photographer in his native Paris in the early 1990’s and has since made significant bodies of work. He could be described as a ‘plasticizer’, i.e., he does not create reportages, but uses his images taken in the city as raw material, which he reworks and models on the computer. However, the artist does not make the city abstract. On the contrary, Stéphane Couturier transfigures it, reveals its soul, its past, its hidden face. The technical and visual protocols put into play obey a visual and deliberate conceptual orientation — to divert the documentary aspect of photography and to shift and transcend its narrative dimension.

‘This vast program of image subversion depends upon that corollary of the documentary approach, the rigorously precise shot. Whether on analog film or more recently digitally, each shot is recorded with a large-format camera, a key element of architectural photography that allows for flexibility in the depth of field and enables the inherent distortions of the subject matter to be corrected on the spot. Couturier rejects any artificial dramatization of these shots, such as blurring, backlighting or diagonals, which would not only irrevocably negate the reality effect, but dismiss over-hastily the fact that by its very nature the shot is simply a two-dimensional extract of experienced reality, as well as an uncompromising visual, spatial and temporal field. Once these fragments of reality have been isolated, Couturier re-orchestrates them into an autonomous visual unit, but one obviously entirely woven from the real.

From one series to another, images, despite being seemingly underpinned by a squared grid, are actually defined by interlacing. Our cognitive functions, however, have no problem coping with this. In fact, the interlacing mirrors the complexity of our perceptual jigsaw puzzle. Over the last three decades, the expression ‘photographic tableau’ has become as familiar as its corollary, the notion that photography has taken over from painting. In the case of Stéphane Couturier, it is always the interplay that wins out, the dynamic between reality and artificiality, representation and abstraction, without ever refuting the ontological specificity of the medium of photography.’ – Extract from ‘Deconstruction site’ by Matthieu Poirier

Couturier has showed his work in numerous venues in France and Europe, as well as the US. His work has been presented at the Rencontres Internationales de la Photographie in Arles, France, in 2001, the University Art Gallery in San Diego in 2003, the International Centre of Photography in New York in 2006, Centre Georges Pompidou in 2008, the Museum of Fine Arts in Boston 2011, the Maison Européenne de la Photographie in Paris in 2015, the Musée Niepce in Chalon/Saone in 2016, the Musée National Fernand Léger in 2018/2019 and had received a retrospective of his work at the Bibliothèque Nationale de France in Paris, in 2004, and another in 2010 at the Blickle Foundation in Germany, and the Landesmuseum Linz, Austria, the following year. Couturier’s photographs can be found in over 50 major museum and corporate collections around the world, including Musée de l’Elysée, Centre Georges Pompidou, Los Angeles County Museum, Art Institute of Chicago, National Gallery of Canada, or the Grand-Duc Jean Museum in Luxembourg. Moreover, Couturier was awarded the Nicephore Niepce prize in 2003, the 1999 Grant of Ville de Paris, and the Prix Paris-Photo in 1998 to name a few.