Lisson Gallery is pleased to present TwentyTwenty, an exhibition of new paintings by Stanley Whitney created over the past year. Color continues to galvanize Whitney’s compositions, each block of pigment dictated by its relationship to the one before it. The artist’s ninth solo exhibition with the gallery advances his exploration of color, and features a return to a horizontal format with dimensions new to Whitney’s enduring body of work. 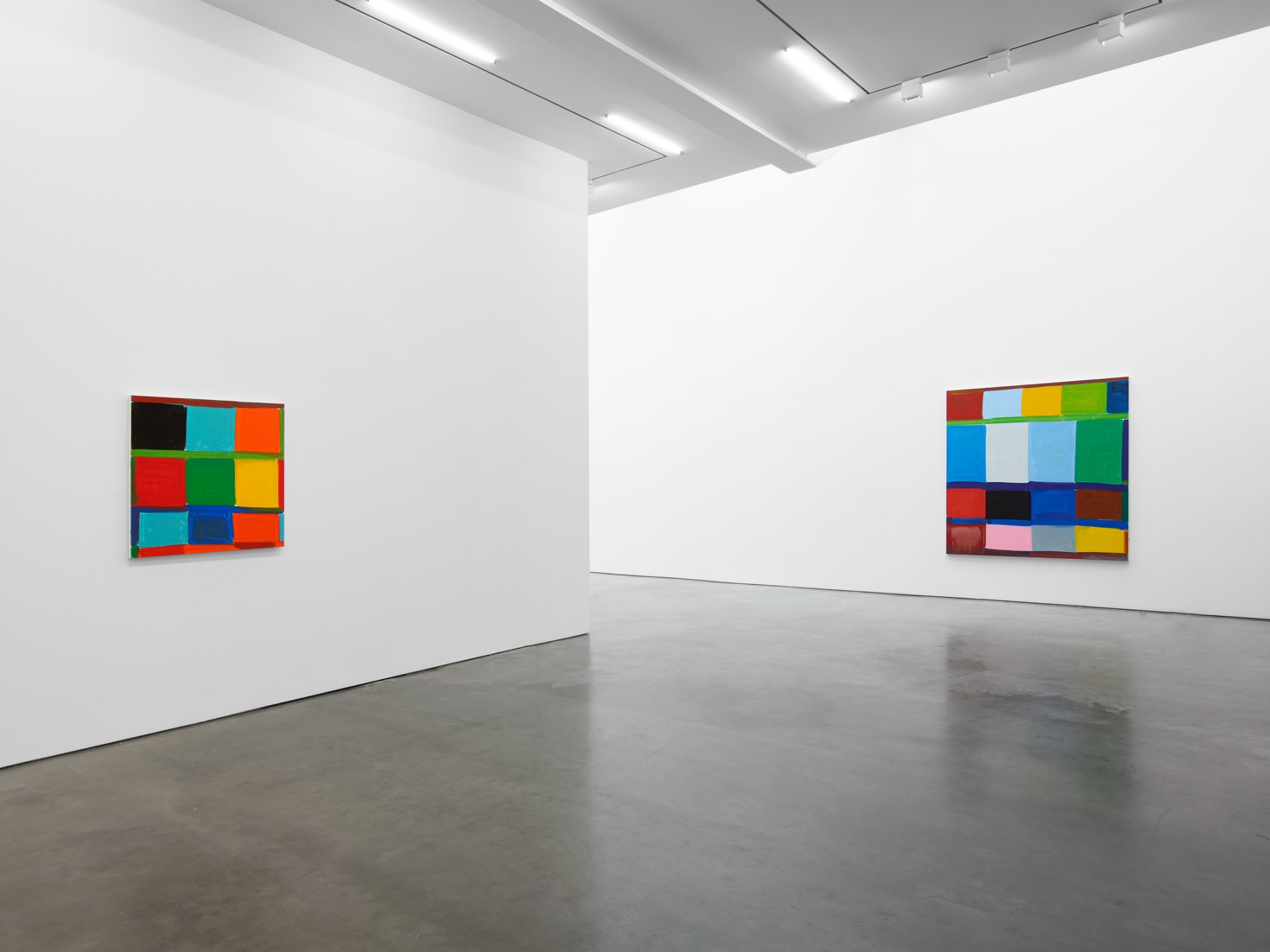 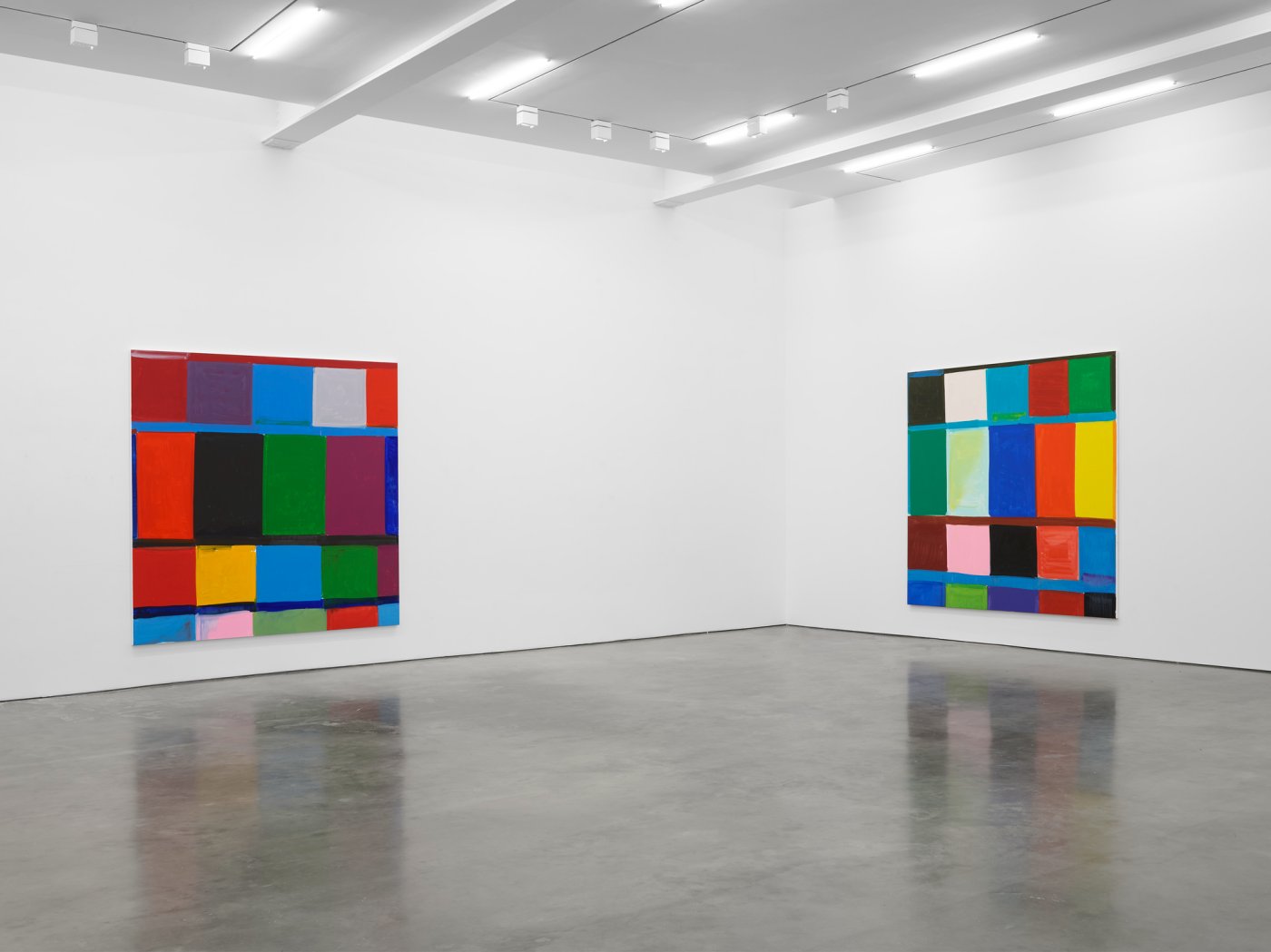 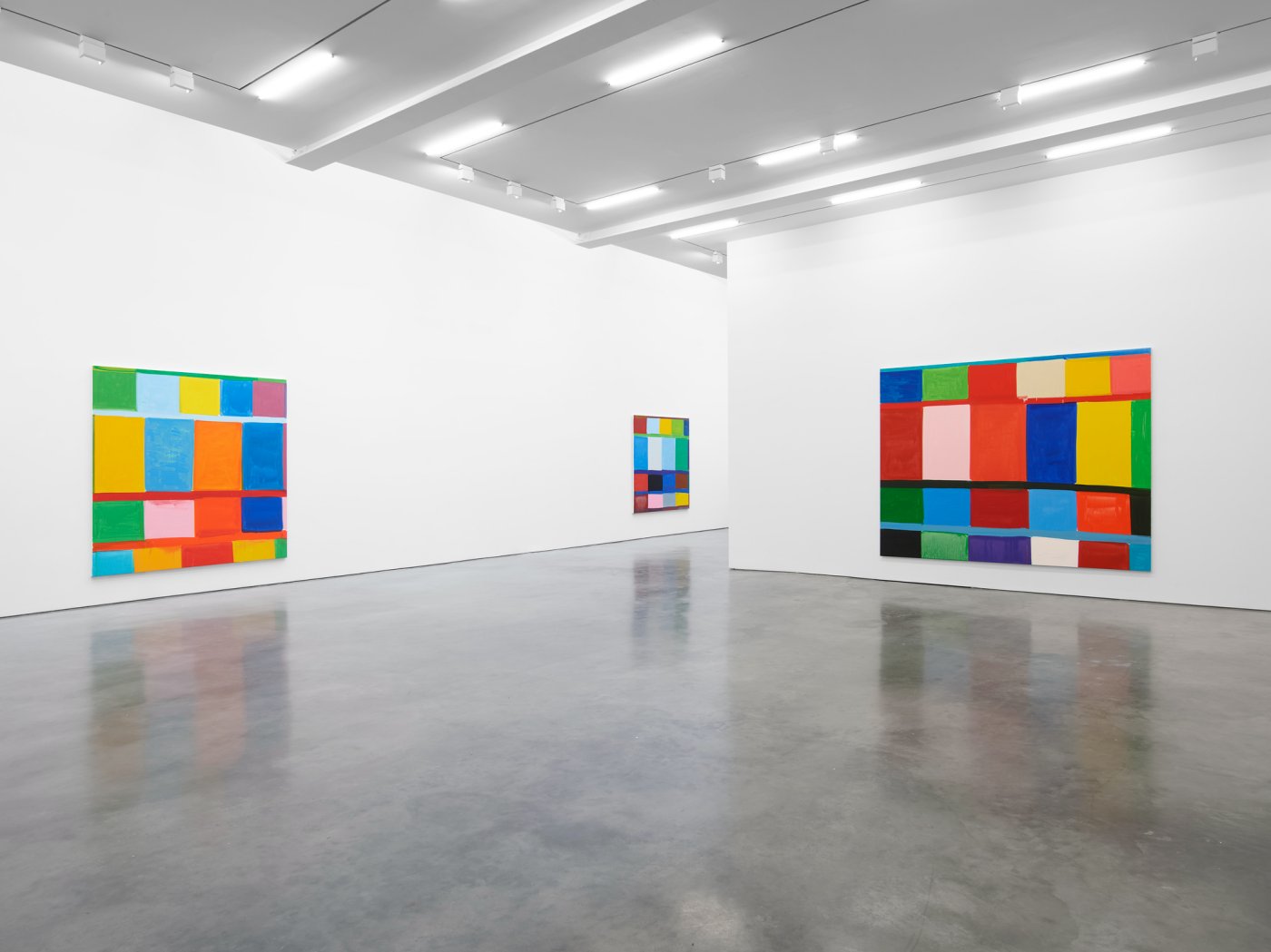 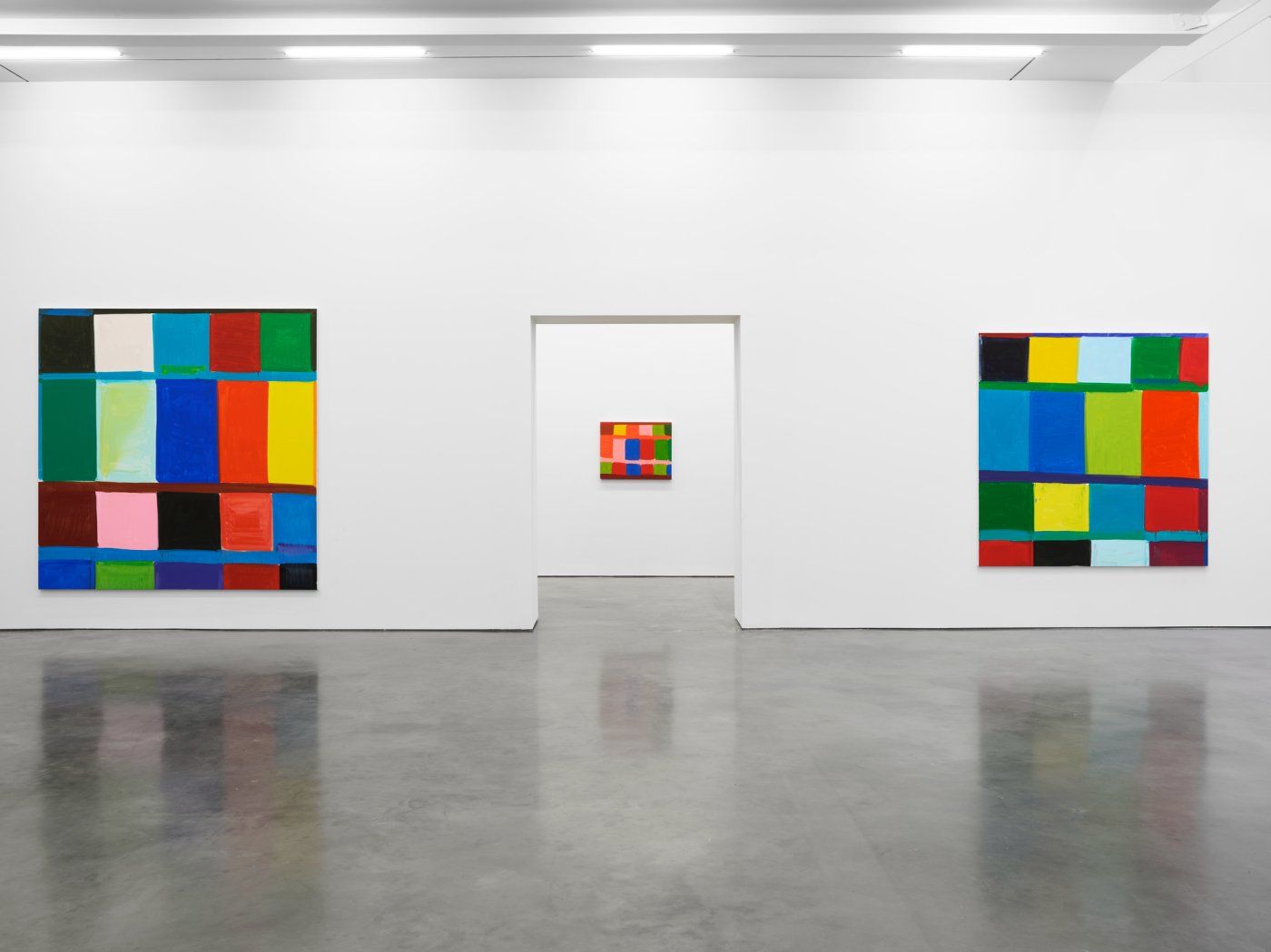 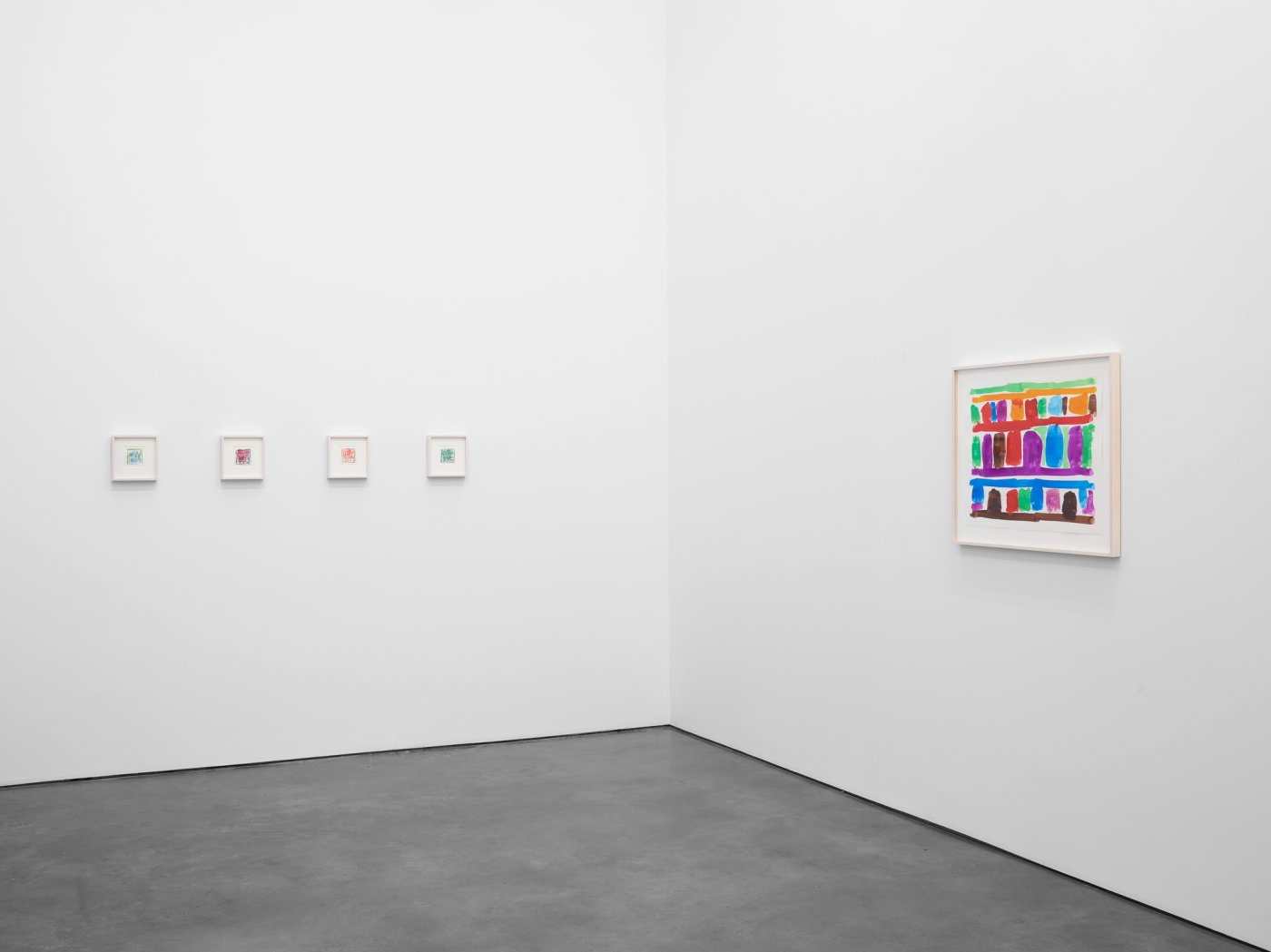 Stanley Whitney has explored the dynamics of color for over five decades, honing a signature format of stacked, multi-colored shapes. Early in his career, Whitney featured space in between his marks, seeking a sense of airiness and light within separated zones of color. Over time colors were stacked more intimately, creating a juxtaposition of limitless range and controlled borders. These current configurations were realized amid a move to Italy and visit to Egypt in the mid-1990s. Whitney studied the stratified sarcophagi in Rome’s Etruscan Museum and the relationship between each object on Italian still-life painter Giorgio Morandi’s canvases. It was the perceived humanity within ancient buildings and architecture, Whitney’s consideration of each brick and the order in which they were laid, that led the artist to tighten the structure of his paintings and empower the dialogue between each brick of color to inform the next.

Stanley Whitney’s universal language of dynamic color and improvisational style continues in the new paintings on view. The exhibition incorporates a group of the artist’s trademark square paintings with an arrangement that positions his profound relationship with color on a new pictorial plane. The new series, titled Monk & Munch after the American Jazz pianist Thelonious Monk and Norwegian painter Edvard Munch, translate Whitney’s sequences of color onto a smaller rectangular format. TwentyTwenty, the work for which the exhibition is titled, demonstrates the artist’s passages of color on a monumental scale. Within the conversation between every vibrant hue the artist elicits a rhythmic structure, echoing a musician moving along their sheet music. Whitney’s enthusiasm for music and instinctive cadence is displayed in his execution and even in the titles of additional recent works, including Keep on talkin’ blues, 2021 and Blue Note, 2020.

TwentyTwenty follows recent presentations of Stanley Whitney’s early work from the 1990s at the gallery’s East Hampton location, and an online exhibition of a group of works on paper from Whitney’s No to Prison Life series, organized in collaboration with Art for Justice Fund, an organization founded by Agnes Gund to drive criminal justice reform. A major survey of his work is planned for 2023/early 2024 at the Albright-Knox’s Buffalo AKG Art Museum in Buffalo, New York.

Stanley Whitney has been exploring the formal possibilities of color within ever-shifting grids of multi-hued blocks and all-over fields of gestural marks and passages, since the mid-1970s. His current motif, honed over many years, is the stacked composition of numerous saturated color fields, delineated by between three to five horizontal bands running the length of a canvas. The cumulative effect of Whitney’s multicolored palette is not only one of masterly pictorial balance and a sense of continuum with other works in this ongoing series, but also that of fizzing, formal sensations caused by internal conflicts and resolutions within each painting. Taking his cues from early Minimalism, Color Field painters, jazz music and his favorite historical artists—Titian, Velázquez and Cézanne among them—Whitney is as much an exponent of the process-based, spatially-gridded square in art as Josef Albers, Sol LeWitt, Agnes Martin and Carl Andre.

Stanley Whitney was born in Philadelphia in 1946 and lives and works in New York City and Parma, Italy. He holds a BFA from Kansas City Art Institute as well as an MFA from Yale University and is currently Professor emeritus of painting and drawing at Tyler School of Art, Temple University. Select solo exhibitions include ‘Focus – Stanley Whitney’ at the Modern Art Museum, Fort Worth, TX, USA (2017) and ‘Dance the Orange’ at the Studio Museum in Harlem, New York, NY, USA (2015). Whitney has also been included in many prominent group shows, such as ‘Call and Response’, Longlati Foundation, Shanghai, China (2020); ‘Inherent Structure’, Wexner Center for the Arts, Columbus, OH, USA (2018); Documenta 14 in Athens, Greece and Kassel, Germany (2017); ‘Nero su Bianco’ at the American Academy in Rome, Italy (2015); ‘Outside the Lines: Black in the Abstract’, Contemporary Art Museum of Houston, TX, USA (2014); ‘Reinventing Abstraction: New York Painting in the 1980s’, Cheim & Read, New York, NY, USA (2013); and ‘Utopia Station’ at the 50th Venice Biennale (2003). He has won prizes including the Robert De Niro Sr. Prize in Painting (2011), the American Academy of Arts and Letters Art Award (2010) and was awarded a Guggenheim Fellowship (1996). Whitney’s work is included in public collections around the world, including the Nelson-Atkins Museum of Art, Kansas City, KS, USA; the Philadelphia Museum of Art, PA, USA; the Solomon R. Guggenheim Museum, New York, NY, USA; the Whitney Museum of American Art, New York, NY, USA; and Yale University Art Gallery, New Haven, CT, USA.