David Zwirner presents Doppelgänger, a video installation by Stan Douglas, on view at the gallery’s 537 West 20th Street location in New York. Debuted at the 2019 Venice Biennale, May You Live in Interesting Times, this ambitious work is exhibited for the first time in the United States. Doppelgänger is concurrently on view at Victoria Miro, London, opening on January 31. 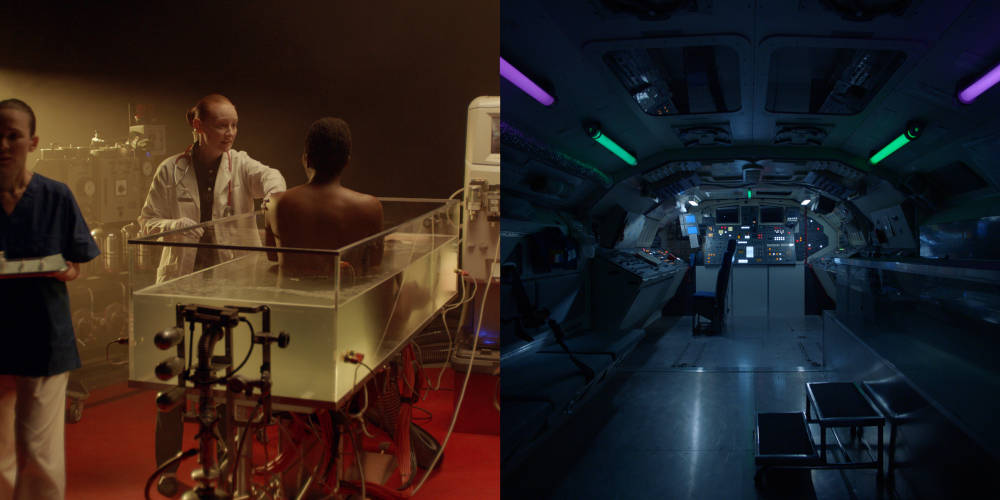 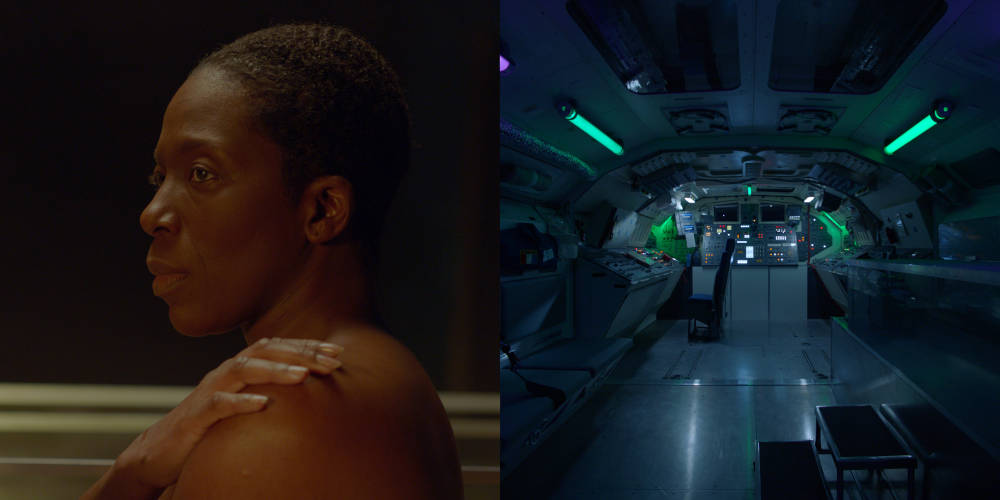 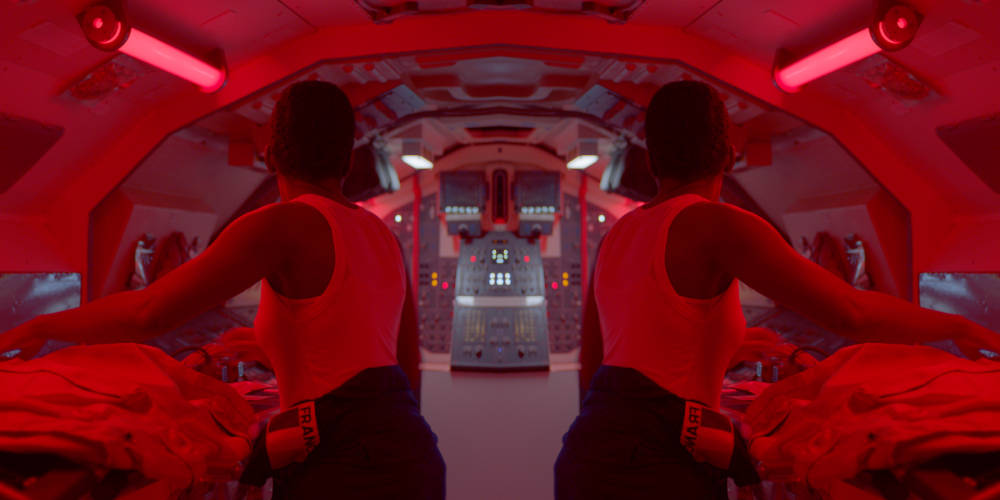 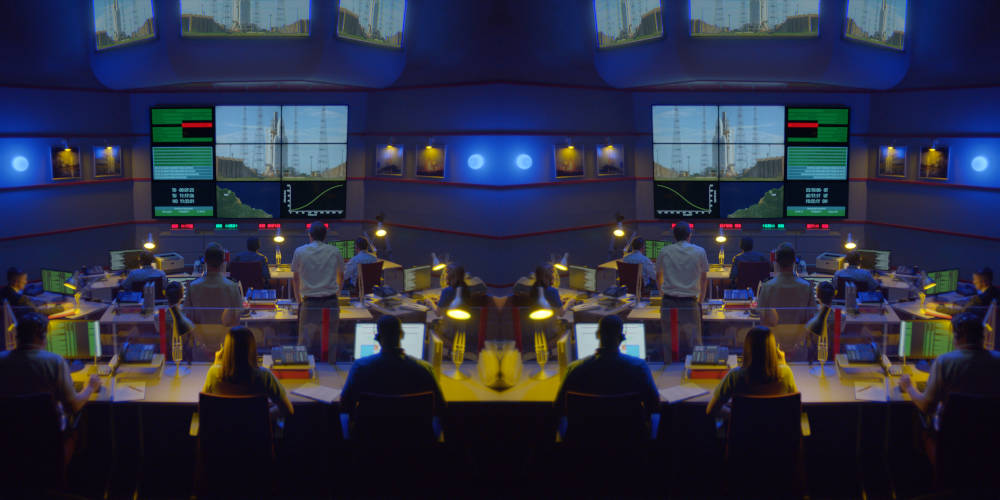 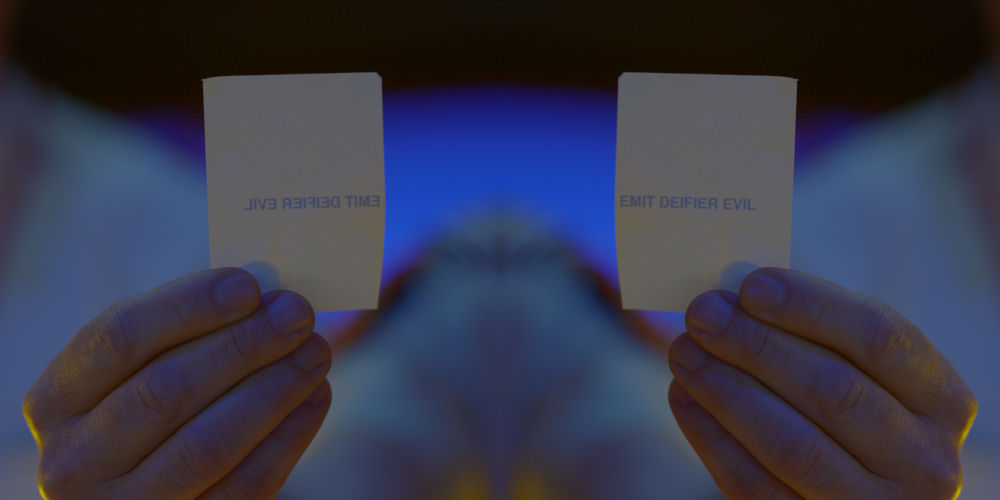 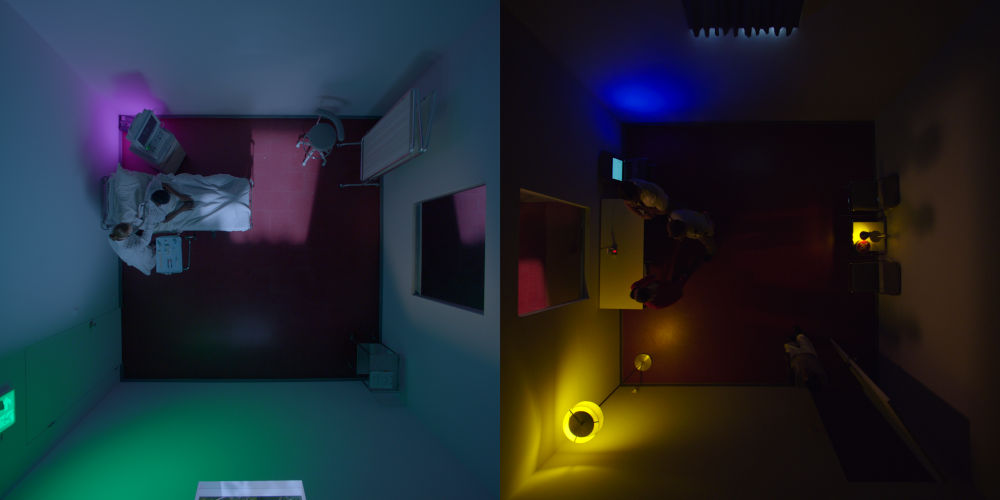 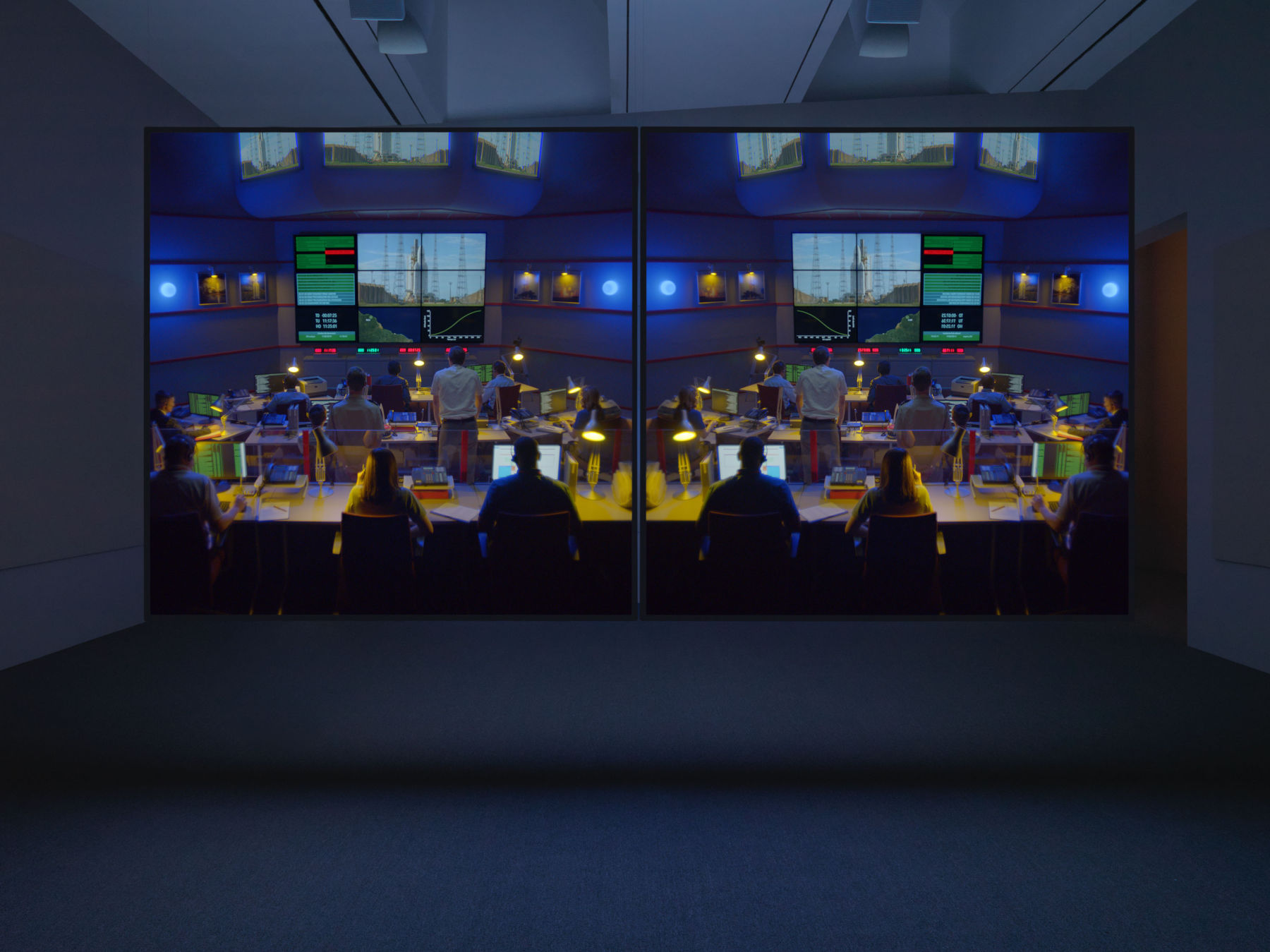 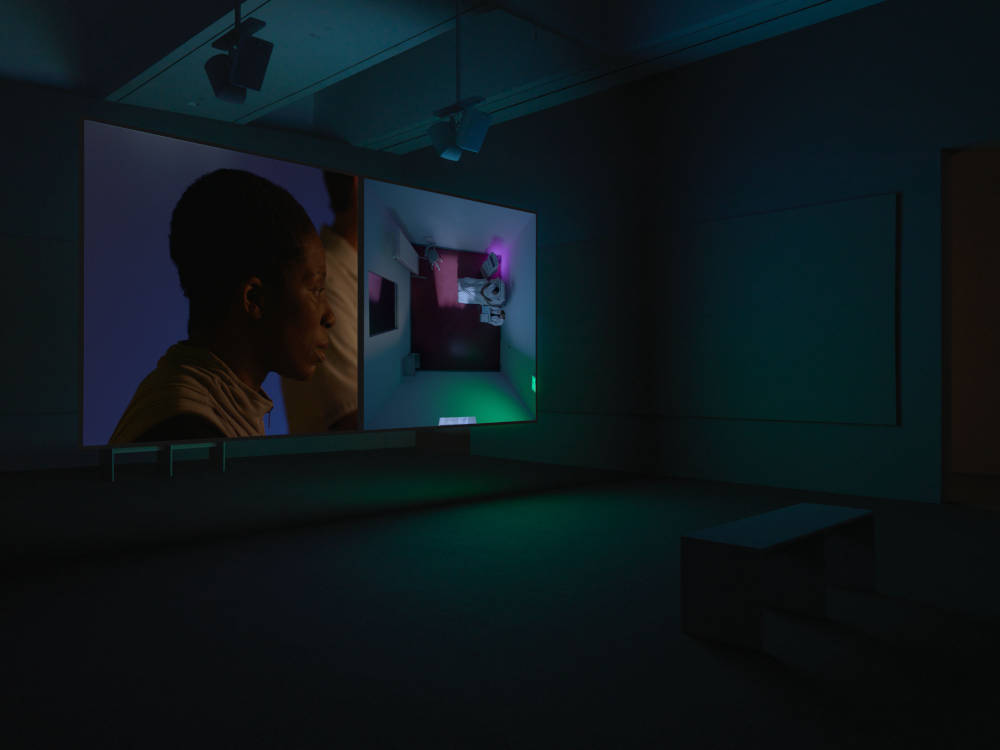 Since the late 1980s, Douglas has created films and photographs—and more recently theater productions and other multidisciplinary projects—that investigate the parameters of their mediums. His ongoing inquiry into technology’s role in image-making, and how those mediations infiltrate and shape collective memory, has resulted in works that are at once specific in their historical and cultural references and broadly accessible.

Doppelgänger is set in an alternative present. Displayed on two square-format, translucent screens, each of which can be viewed from both sides, the looped narrative unfolds in side-by-side vignettes that depict events on worlds that are light years apart. When one spacecraft embarks on its journey, another is launched at the same time in a parallel reality. Alice, a solitary astronaut, is teleported to a distant planet, and her double to another. Then, Alice and her ship, the Hermes II, for unknown reasons, return. Alice assumes her mission has failed and she has somehow returned home, but she has, in fact, arrived at a world where everything, from writing to the rotation of the sun, is literally the reverse of what she once knew.

The action on the two screens proceeds alternately in tandem and in parallel, seamlessly moving between two oppositional scenarios of Alice’s reception back on Earth. In one version, Alice is received compassionately and welcomed home, whereas in the other, she is treated as an outlaw or a potential threat. Douglas intentionally heightens the viewer’s feeling of displacement through a continual sense of reversal and mirroring, both in the form and content of his installation. Since the early 1990s, multi-channel video installations have been an integral part of Douglas’s practice, allowing for the simultaneous presentation of multiple, overlapping narratives or vantage points, and with Doppelgänger, he extends his ongoing exploration of both nonlinear narratives and alternate histories: the omnipresent sense of doubling that is built into the structure of the work implicitly suggests the possibility of simultaneous, diverging experiences and realities.

Intercut with quasi-abstract passages of color and light, which nod both to avant-garde cinema as well as the history of space exploration, Doppelgänger presents a nuanced and layered parable that powerfully addresses the slippery notion of objective truth, and the position of the “other” in contemporary society.

Stan Douglas was born in 1960 in Vancouver, where he continues to live and work. He studied at Emily Carr College of Art in Vancouver in the early 1980s. Douglas was one of the first artists to be represented by David Zwirner, where he had his first American solo exhibition in 1993.

Douglas’s work has been the subject of solo exhibitions at prominent institutions worldwide since the 1980s. Splicing Block, a solo presentation of Douglas’s work, is on view at the Julia Stoschek Collection in Berlin through March 1, 2020. Earlier this year, the artist was selected to participate in the 58th Venice Biennale, where he debuted Doppelgänger and also presented a selection of photographs from his 2017 series Blackout.

Douglas has been the recipient of notable awards, including the Audain Prize for Visual Art (2019); the Hasselblad Foundation International Award in Photography (2016); the third annual Scotiabank Photography Award (2013); and the Infinity Award from the International Center of Photography, New York (2012).