Stacey Gillian Abe’s first solo exhibition with Unit London is an exploration of memory, time and emotion. Focusing on the concept of shared memory, Abe’s latest body of work examines how memories have been passed down through her family’s lineage, alluding to the ways in which traditions are absorbed and transformed from generation to generation. 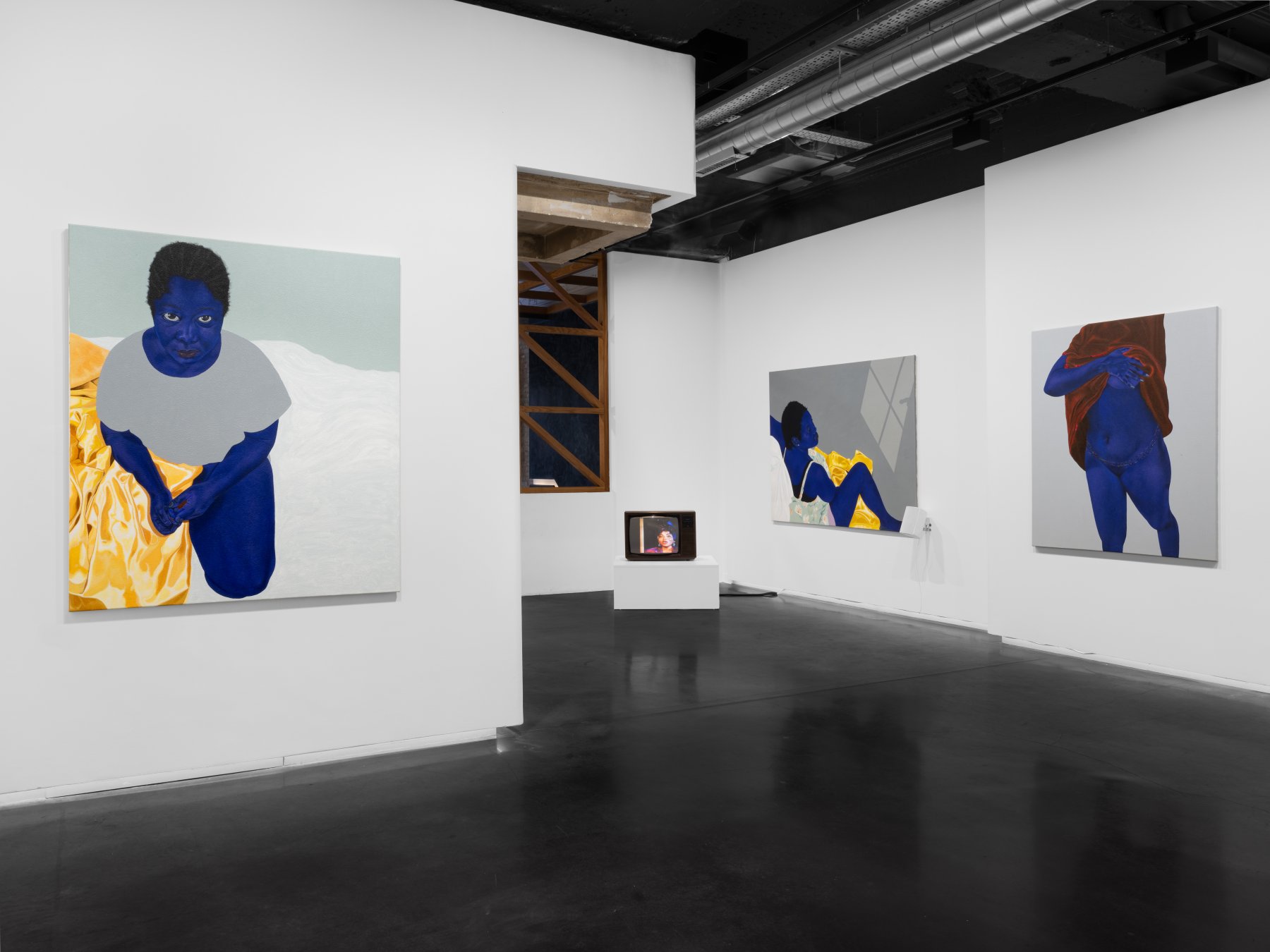 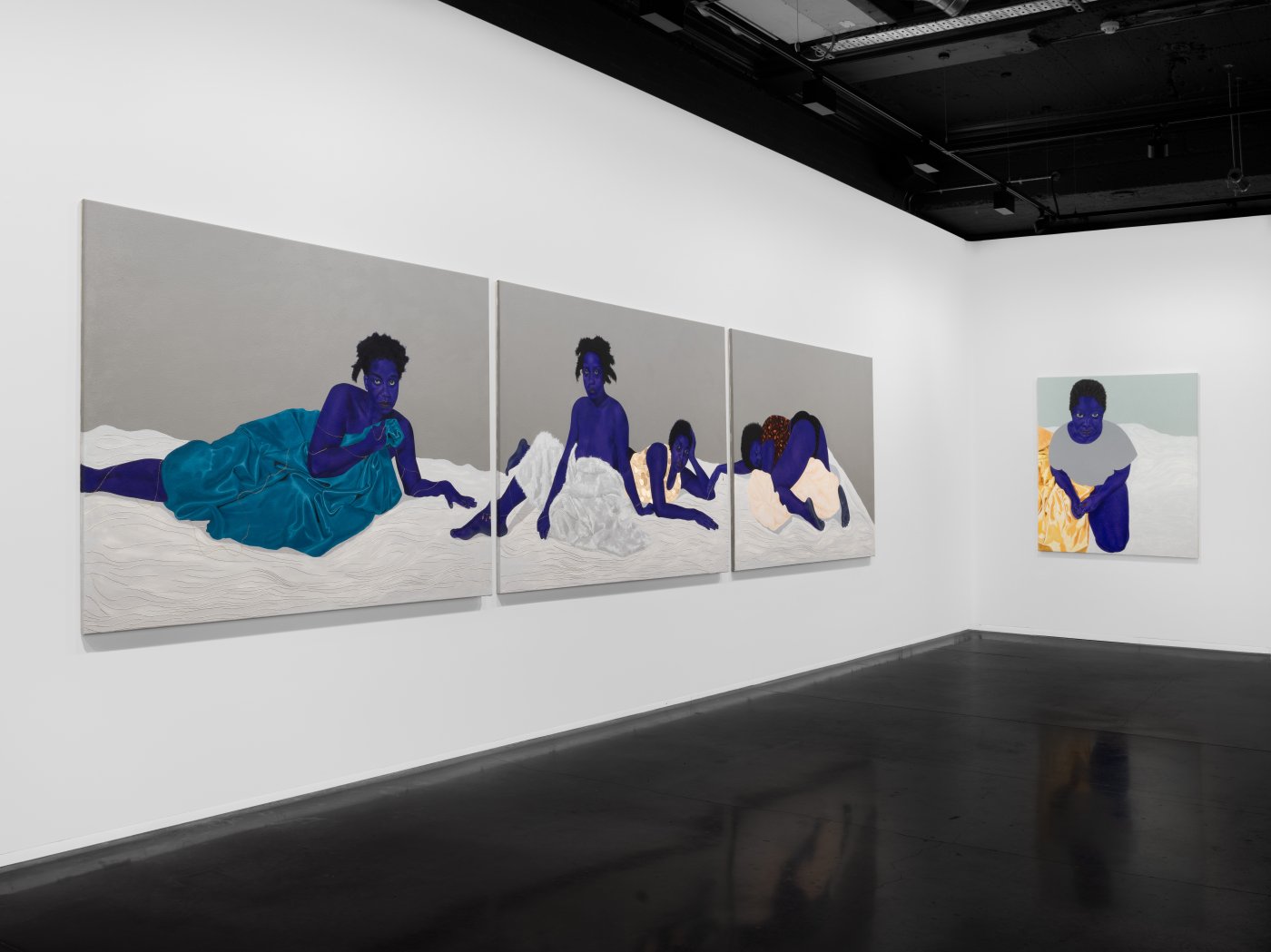 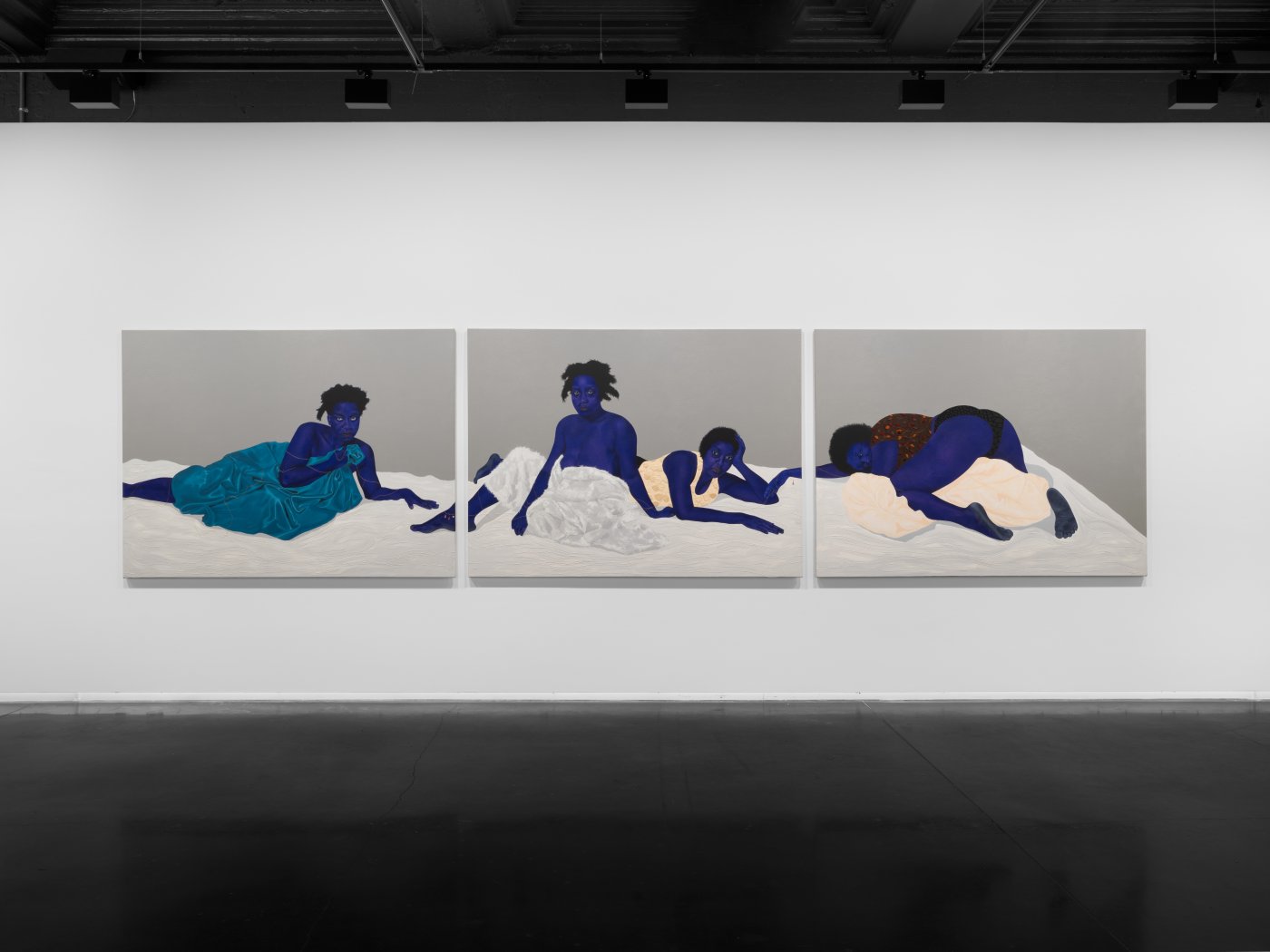 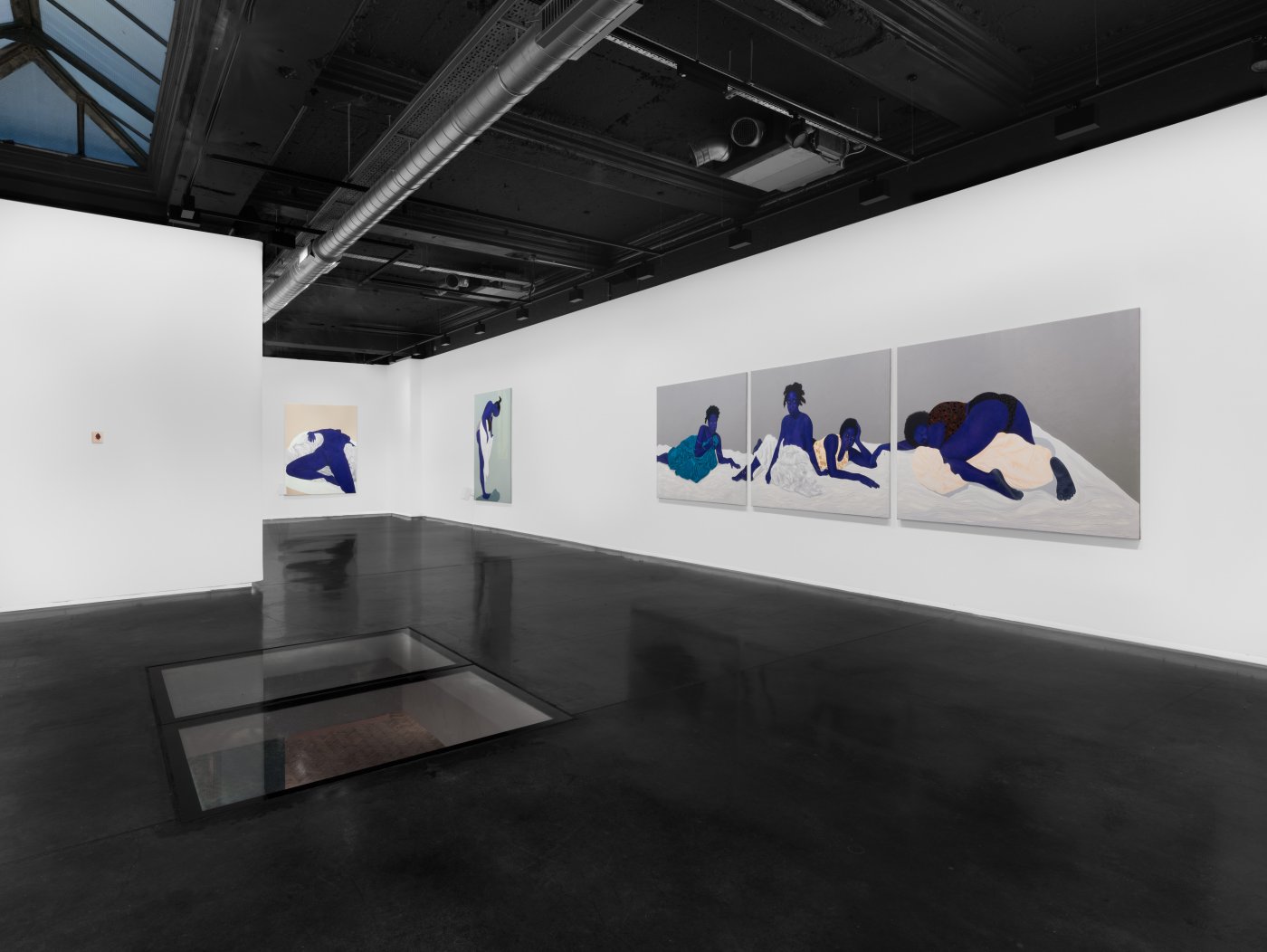 These ideas are represented in the jute plant and flowers that are detailed in various paintings. A fibrous plant with multiple uses, jute is a totem for the Ayivu clan, one of the major clans in Arua in the West Nile Region of the artist’s native Uganda. The shrublet appears in sections of embroidery that decorate Abe’s paintings, becoming a motif that connects each canvas. Most importantly, Shrub-let of Old Ayivu questions how memory can be shared. With her paintings, Abe explores the transference of abstract memory, of subjects that are not easily explained visually. These notions do not simply materialise through composition or through the artist’s own subjectivity. Instead, they take shape within the space of the canvas itself, seemingly forming from the subject’s own consciousness. Each painting and each figure tell a different story, becoming part of a tapestry of interwoven threads.

As a craft that has been traditionally practised by women, embroidery features throughout the exhibition as a transparent gesture of femininity. Filtered down through the maternal generations of her own family, Abe is currently learning the craft from her mother, who learned it from her mother, who, in turn, learned it from her mother, Abe’s great grandmother. In the paintings themselves, Abe delicately hand stitches patterns directly onto the canvas with silk thread. For Abe, this process has become a moment of meditative dialogue on the position of a black woman’s body in the painterly space. The canvas is a space of escape for her figures, somewhere they can evade the world and its various constraints. As a symbol for femininity, the presence of embroidery in many of these canvases provides a means for her figures to indulge fully in their womanhood, free from the pressures of the outside world. Matrilineal connections are also reflected in Abe’s incorporation of sound throughout the exhibition. Interested specifically in the African music enjoyed by her mother and aunts growing up, Abe introduces another layer of nostalgia to her works by surrounding her paintings with music that plays in a continuous loop. For the artist, the use of music is able to revive moments from the past, recalling the songs that would play from her mother’s cassette radio.

These ideas of generational memory link to Abe’s striking use of the colour indigo. Acutely aware of the colour’s presence in African history, the artist acknowledges its role in centuries-old textile traditions in West Africa. The rich dye was subsequently introduced to East Africa through the exchange of textiles, facilitating the East African slave trade or the Arab Slave Trade and the Indian Ocean Trade. Here, Abe references Catherine McKinley’s study Indigo: In Search of the Colour that Seduced the World (2011), which details that one length of indigo was equivalent to one human body. Through the Indian Ocean trade, Abe’s home country of Uganda also encountered trade routes from the coast to the mainland in the mid 1800s. Her village of Arua, positioned at the intersection of Democratic Republic of Congo, Sudan and Uganda, saw many Congolese people from the surrounding areas abducted into the slave trade to work in silk production.

Abe’s work understands the significant role that indigo and fabric have played in positioning the black body throughout history and is interested specifically in how far this history has seeped into the present day. The artist’s paintings seem to subvert the symbolic significance of indigo; it appears as a dominant colour in her oeuvre to allow the black body to be seen in a different light. In Abe’s own words: “Indigo for a skin tone in my work signifies a tribe, a breed of black, a people that are not limited to social, economic, cultural, political or historical constraints.” In Shrub-let of Old Ayivu, Abe also demonstrates her fascination with indigo via its connection to cloth and material. Her fascination manifests as an exploration of the relationship between cloth and the body. Embroidery and cloth are therefore strong visual elements throughout Abe’s body of work, enabling her to revisit the traditional, historical and personal significance attached to fabric.

Shrub-let of Old Ayivu is a labyrinthine body of work that twists and turns from one story to another, connecting and disconnecting to mirror the movement of a shrub winding its way up the trunk of a tree. Each work hides a secret that waits to be uncovered. Through close study and observation, this exhibition rewards its viewers with new discoveries at every turn.