Reincarnation is a key theme in the work of mother/son artistic duo, Spiller + Cameron, who have been working together for the past five years, creating an instantly recognizable oeuvre of stark, almost-brutalist, but also greatly expressive works that adhere to their own strict set of codes. 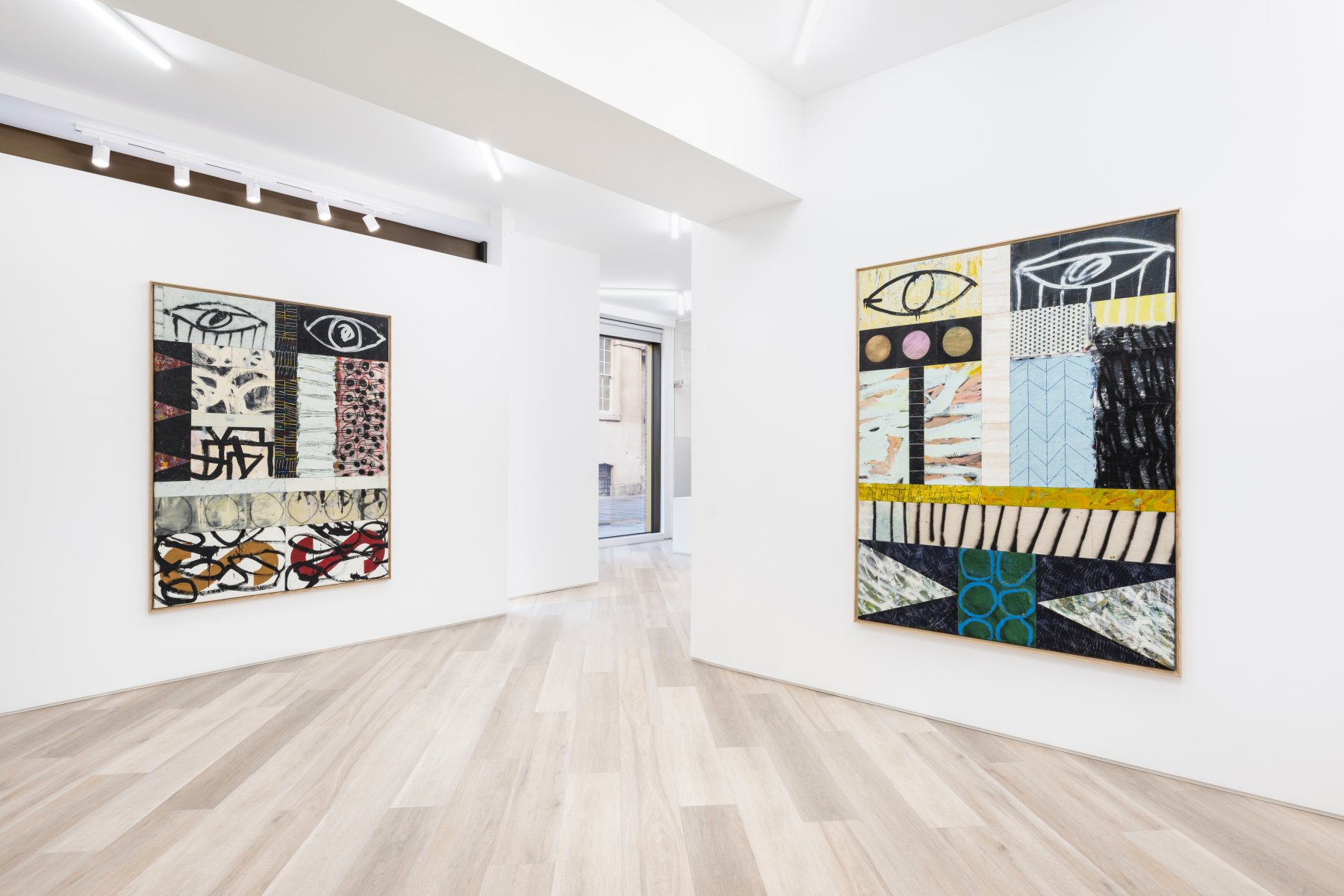 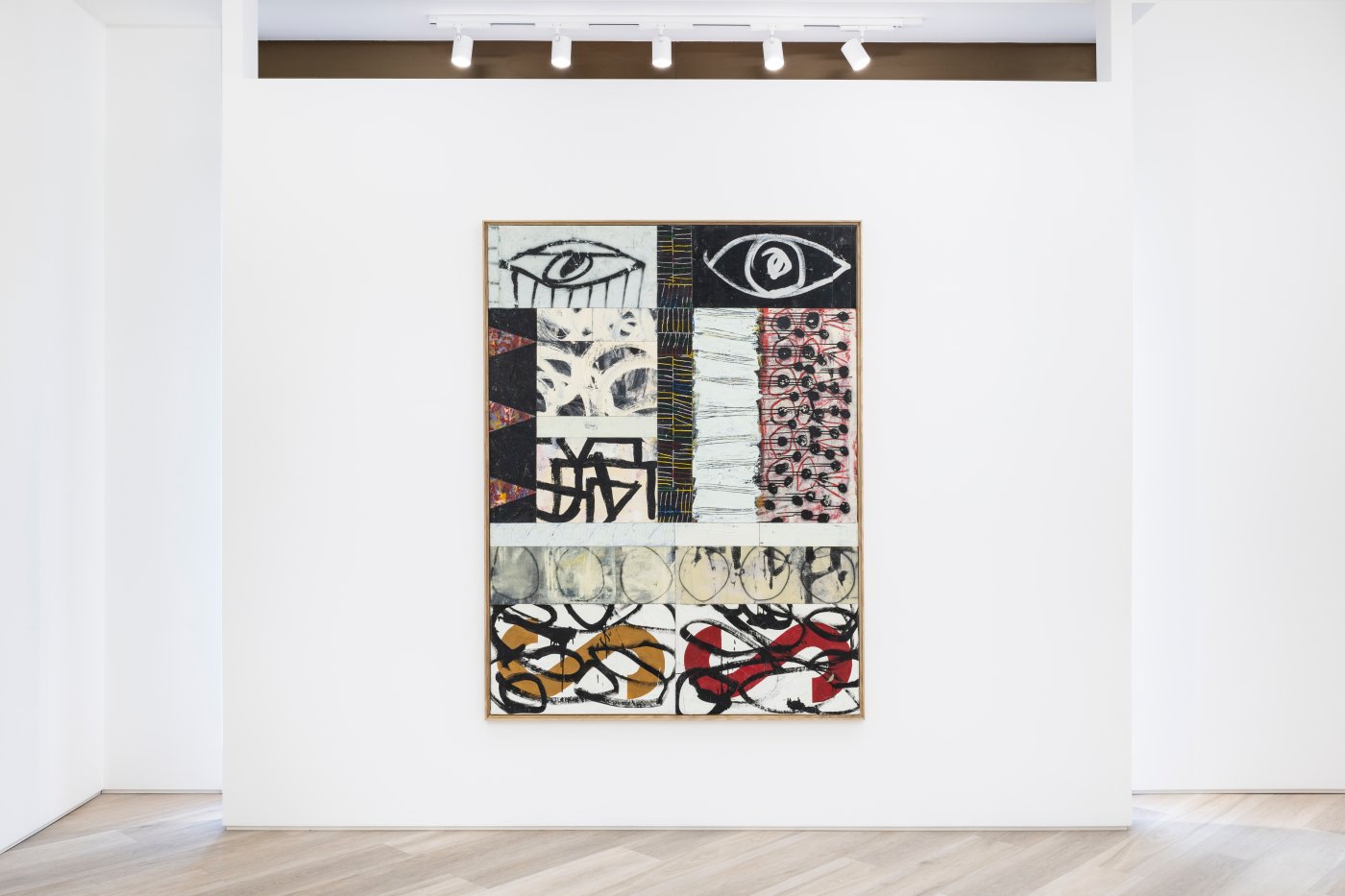 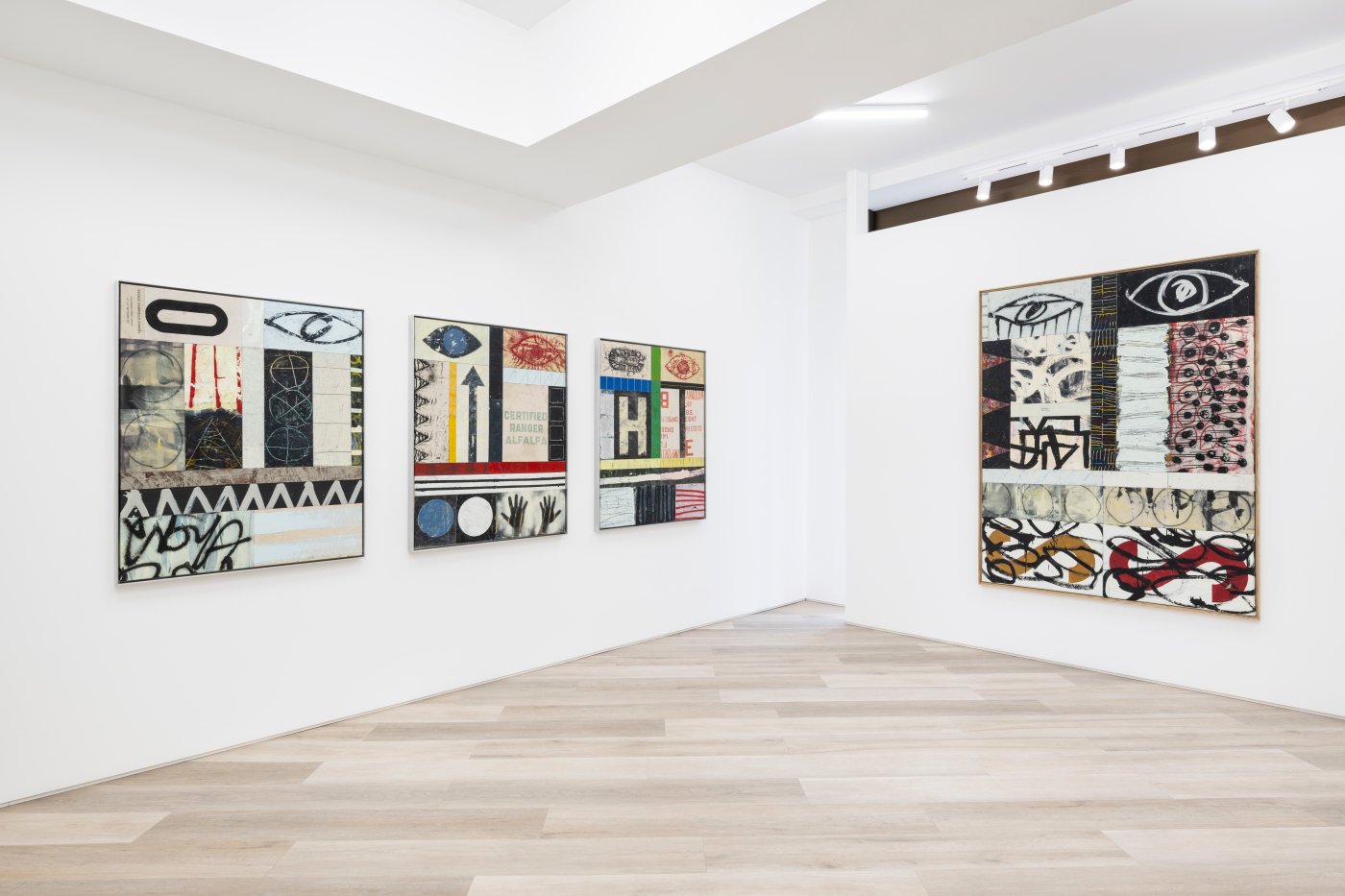 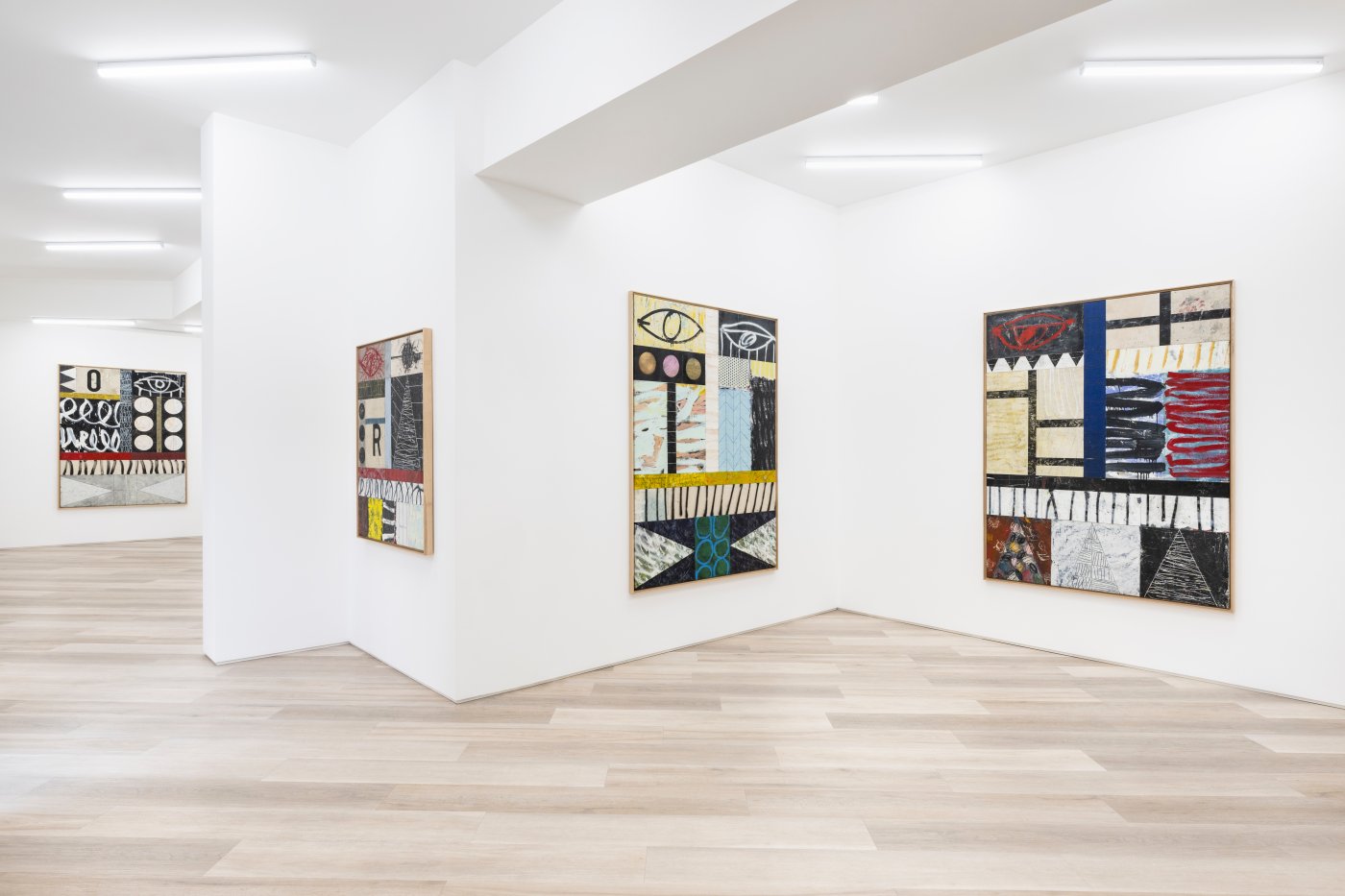 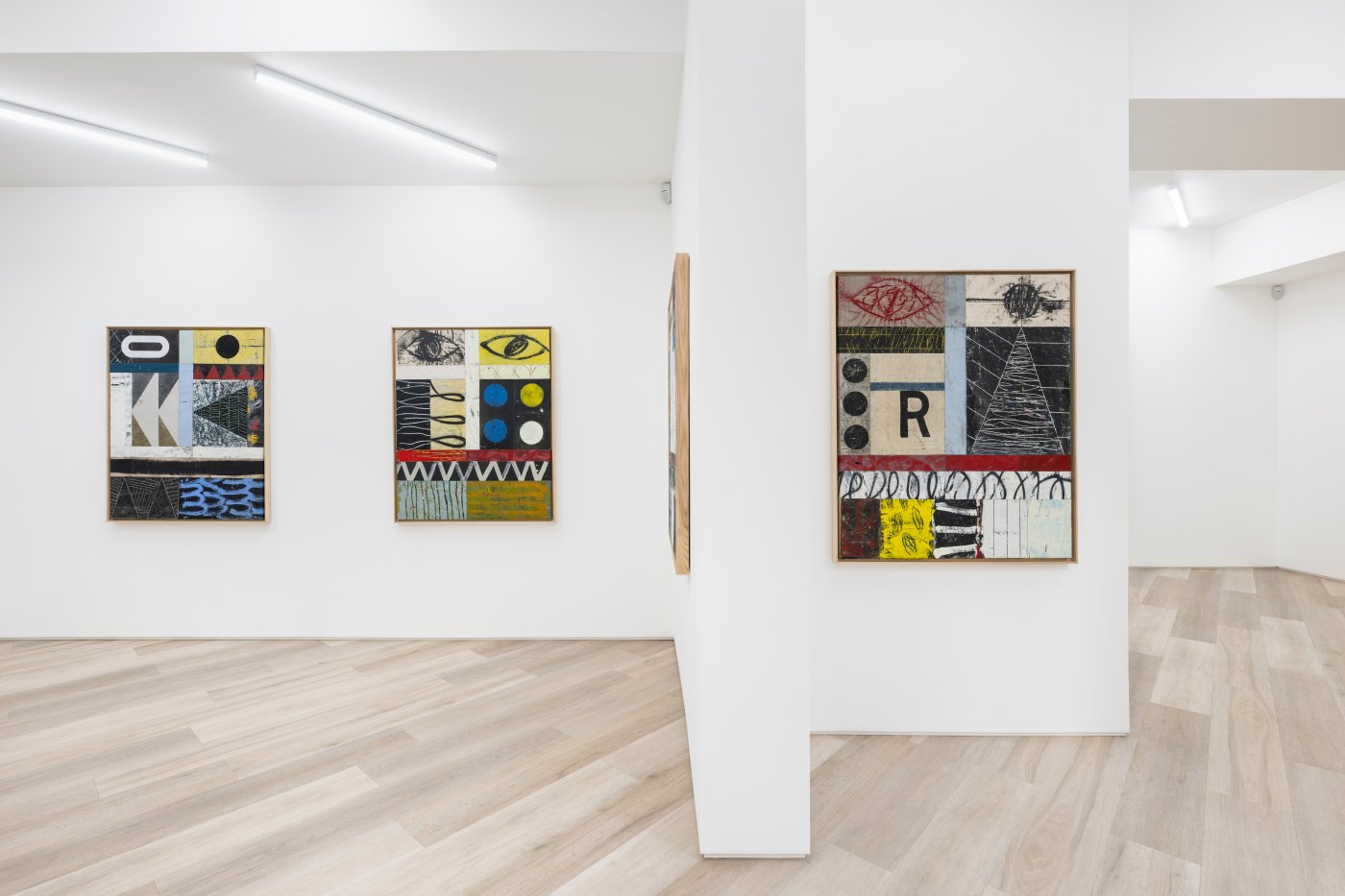 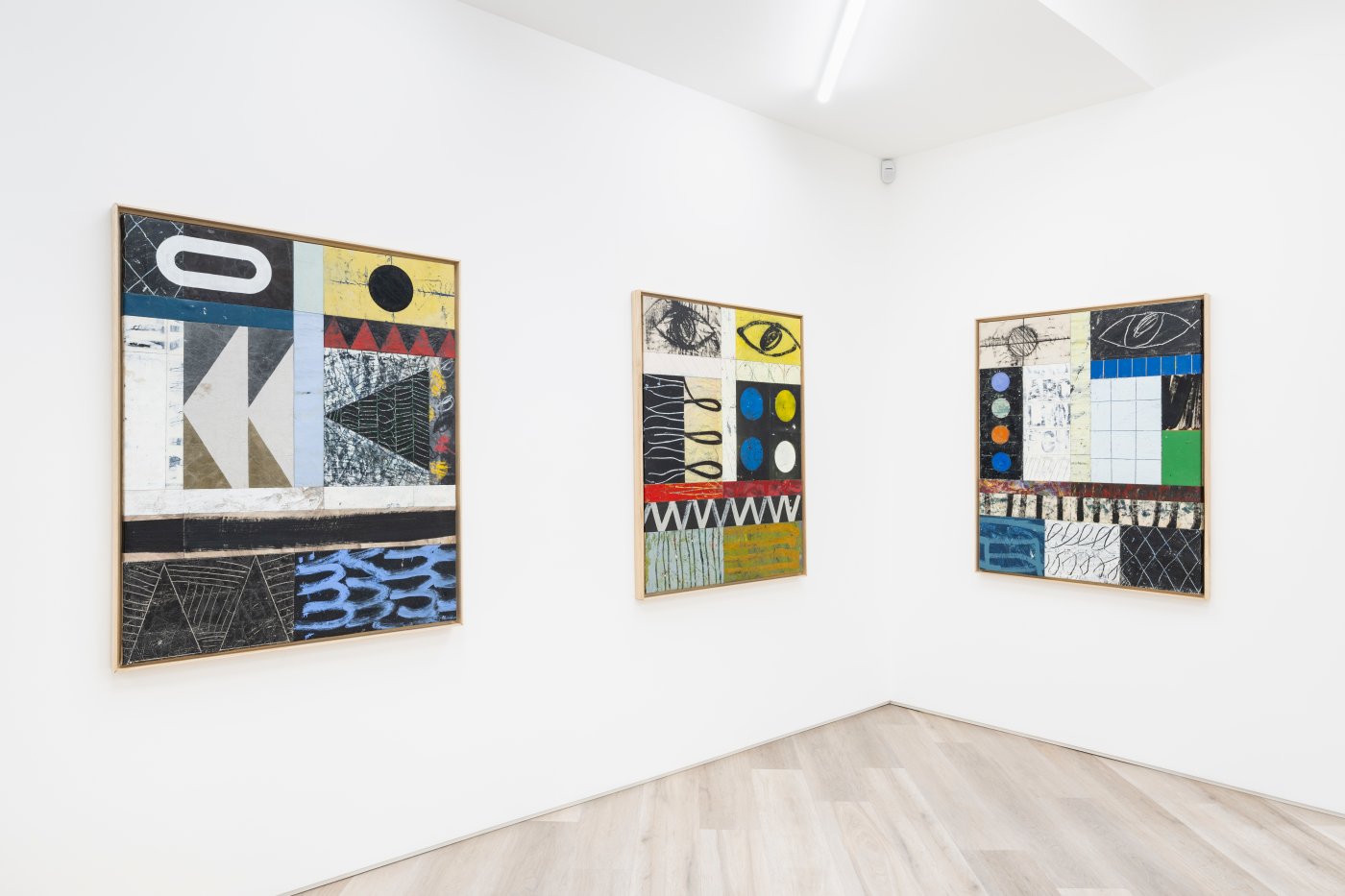 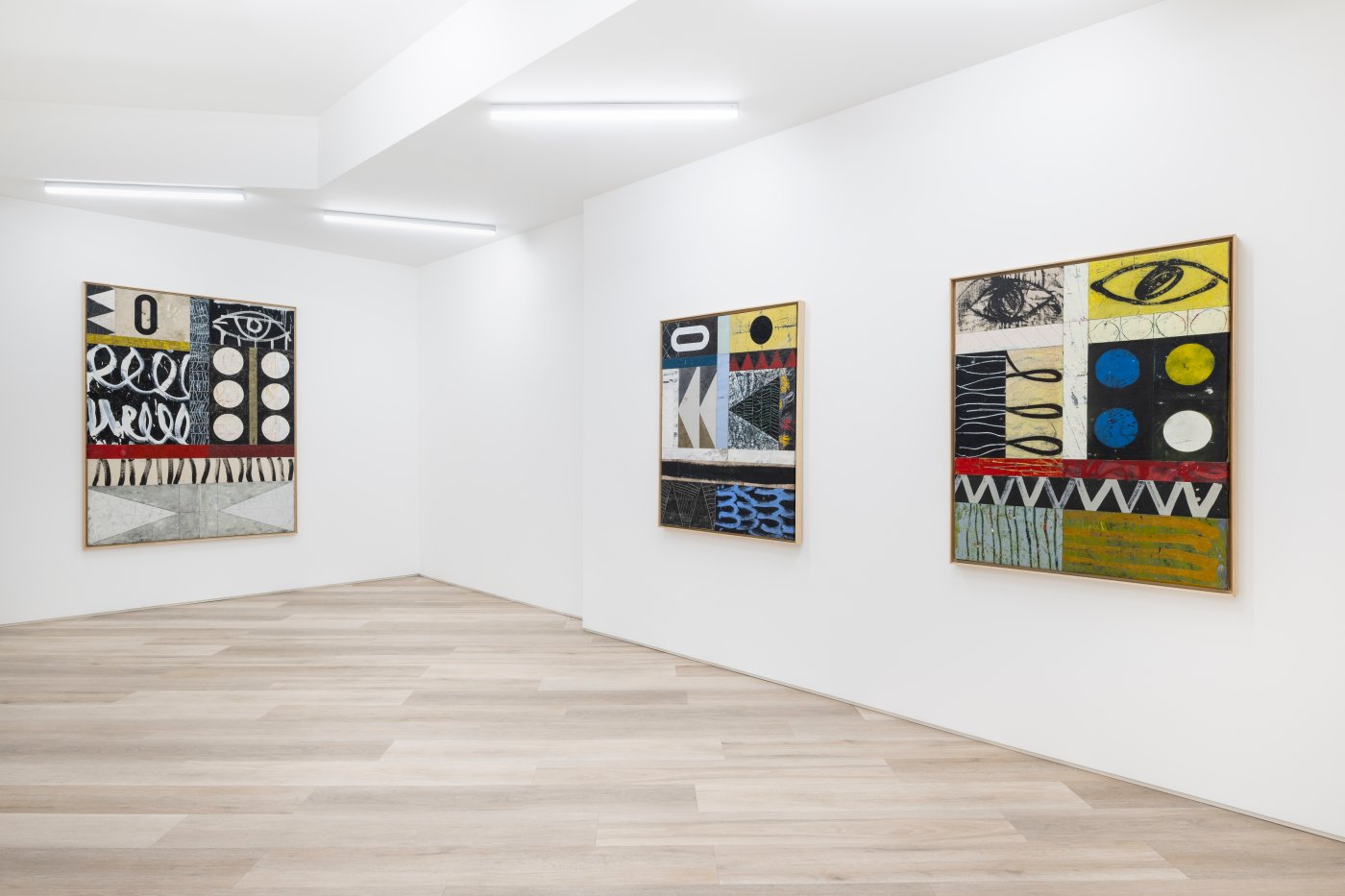 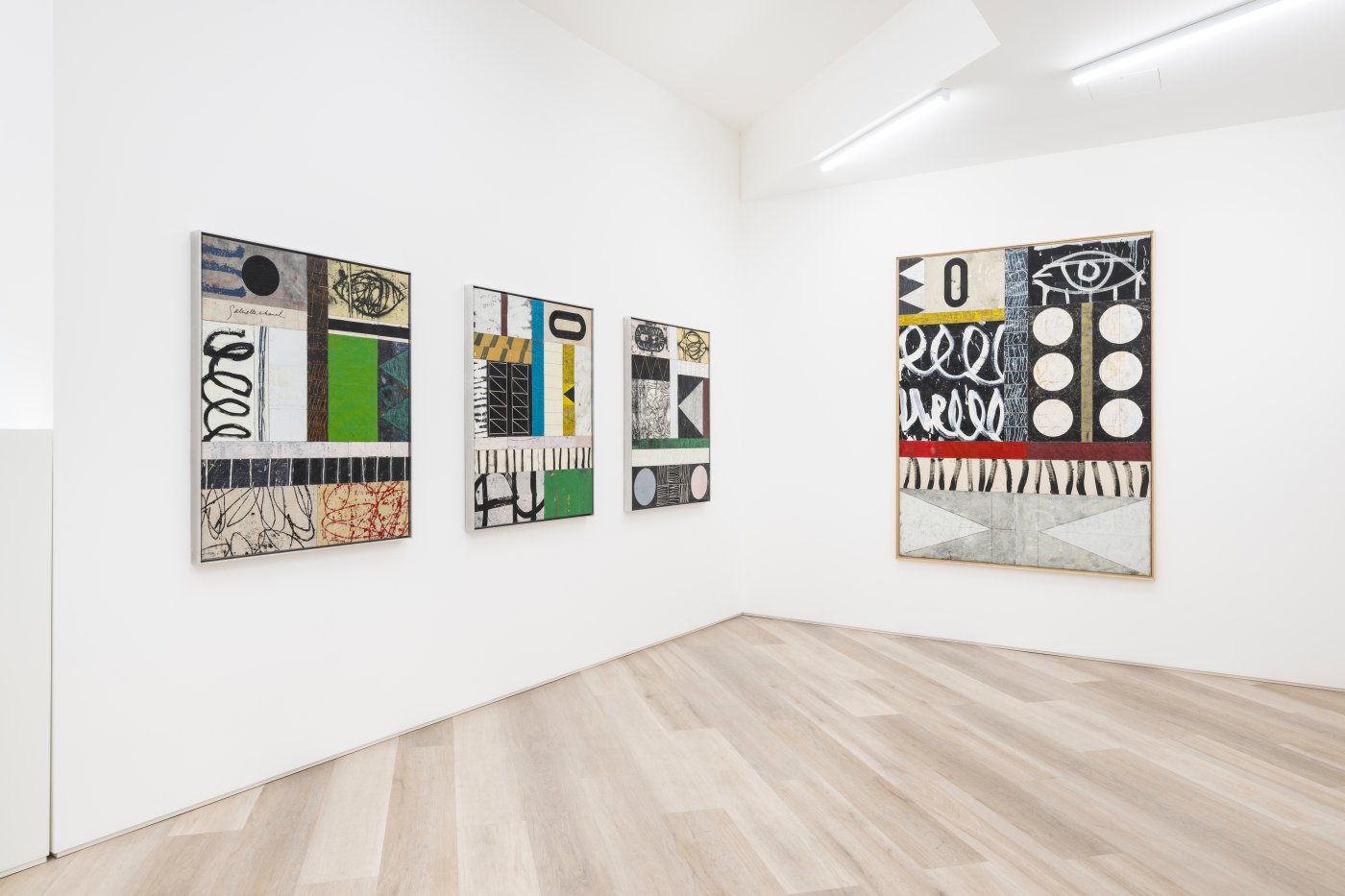 Firstly, the concept of reincarnation arises metaphorically, in that each of their paintings is created as a different, sentinel-type watchman. Each is titled after a Greek god, Biblical or historic figure, or even personified spiritualist ideology: Abbadon is the ‘place of destruction’ in the Old Testament; Gabriel the archangel who descends to earth with various warnings; Poseidon the Greek god of the sea. Their debut exhibition with BEERS London, aptly titled Titans & Muses, scours the mythological and spiritualist annals to resurrect these figures as paintings.

But to call these arduously worked pieces ‘paintings’ grossly misses the mark – and their intent. Xavier Spiller-Cameron and Moira Cameron have created a sort of codex for themselves, in which their works are elaborate assemblages that adhere to a strict set of rules. These works are comprised of as many as thirty separate, distinct panels, each judiciously chosen from any number of contingent works which are de– and re-constructed herein as the compositional ‘building blocks’ for the finished piece. In that regard, these so-called lesser works are given a new life, a sort of life beyond their original intent.

The duo allow themselves a slim margin of error. Works that aren’t perfectly structured or sewn, are disassembled and realigned in order to reach the perfect composition. At the top of each are situated a set of ‘eyes’ that gaze back at the viewer, and at some midway-down-point, a horizontal stripe, often with notches/teeth, in a feat of now-you-see-it, now-you-don’t pareidolia.

As viewers, what we want to see remains up to each of us: whether we want to see an abstract painting; an orderly and structured combination of reincarnated artworks; or even a deeply spiritualist sentinel gazing over us with portentous energy… or some combination thereof. Perhaps in this ambiguity is the precise strength that lays behind these works.

Courtesy of the artist and BEERS London