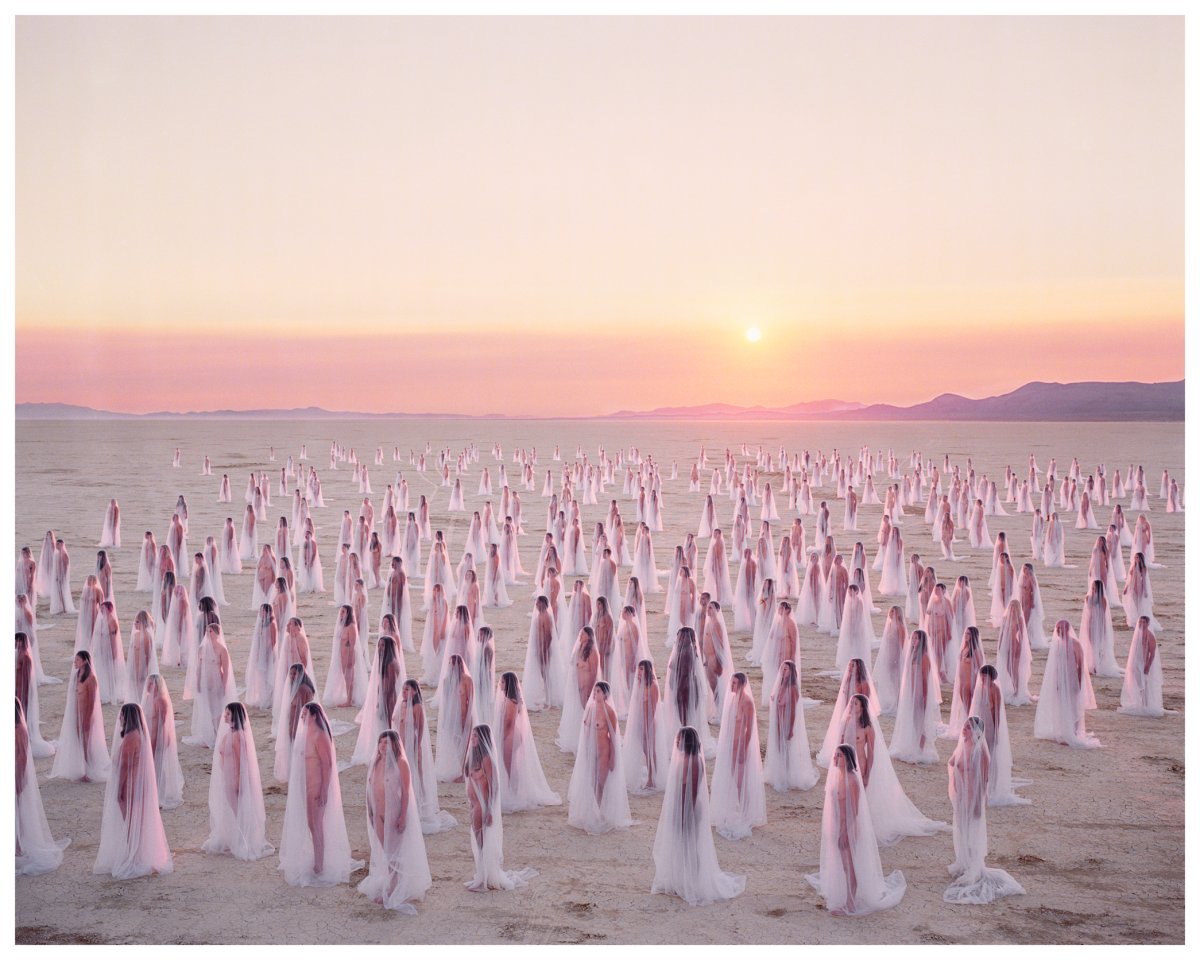 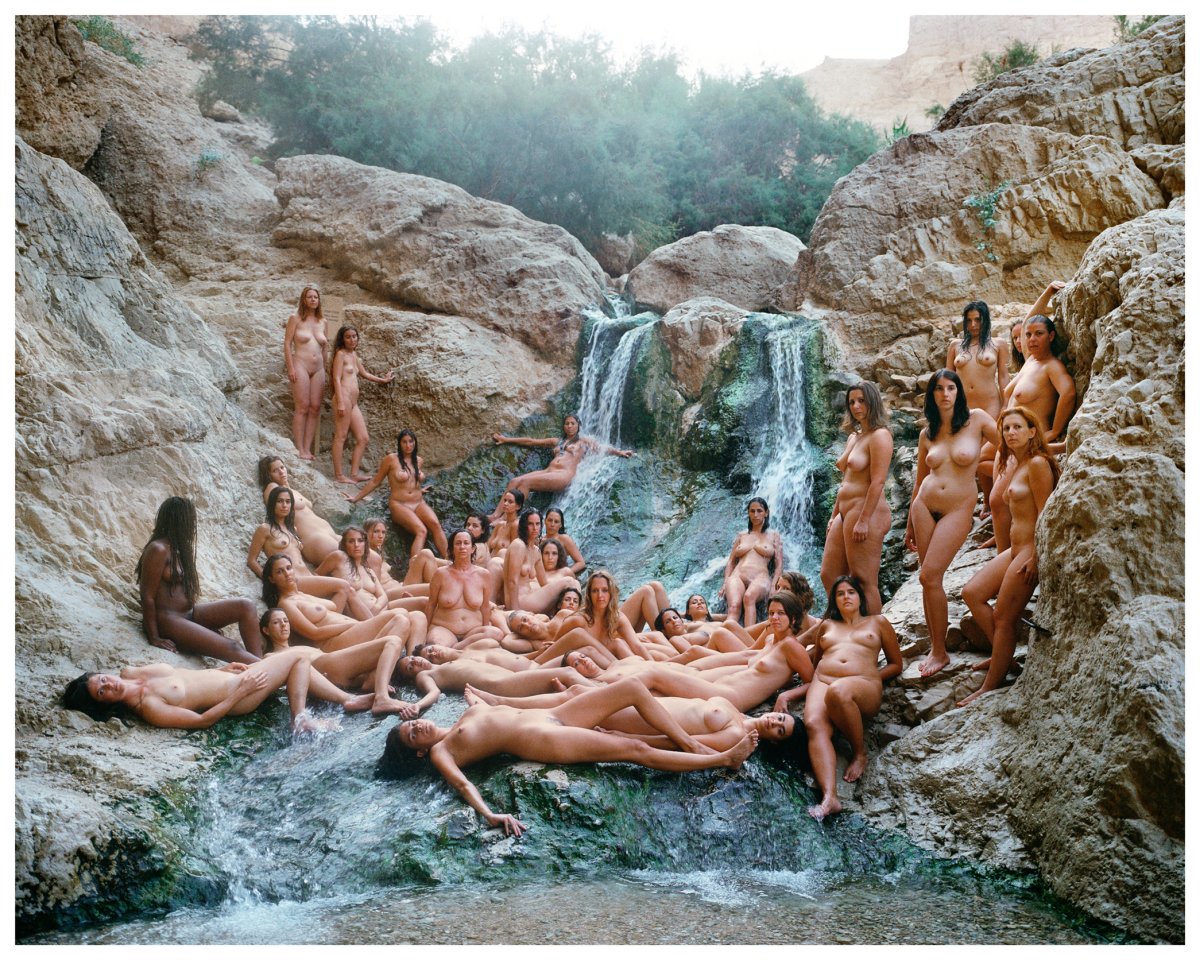 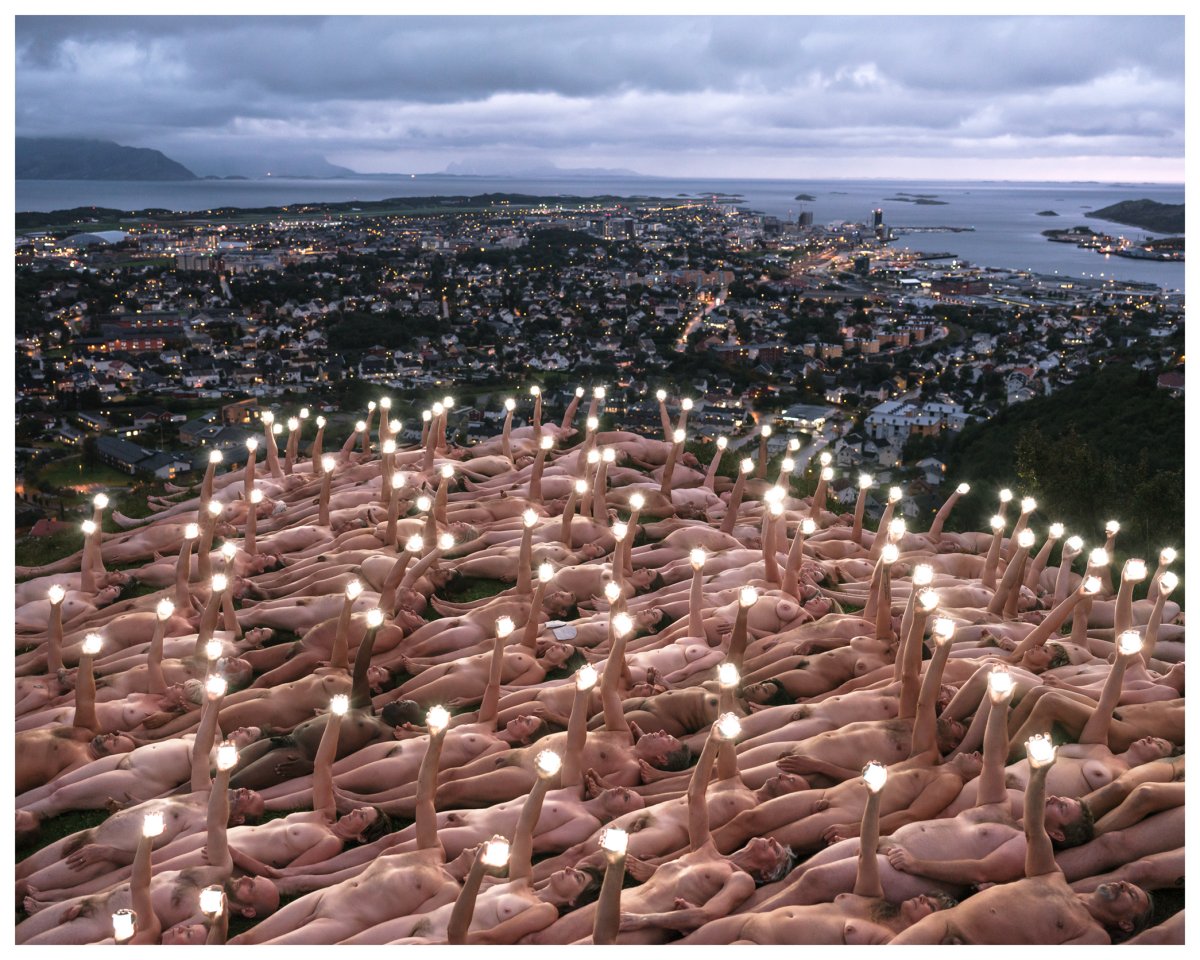 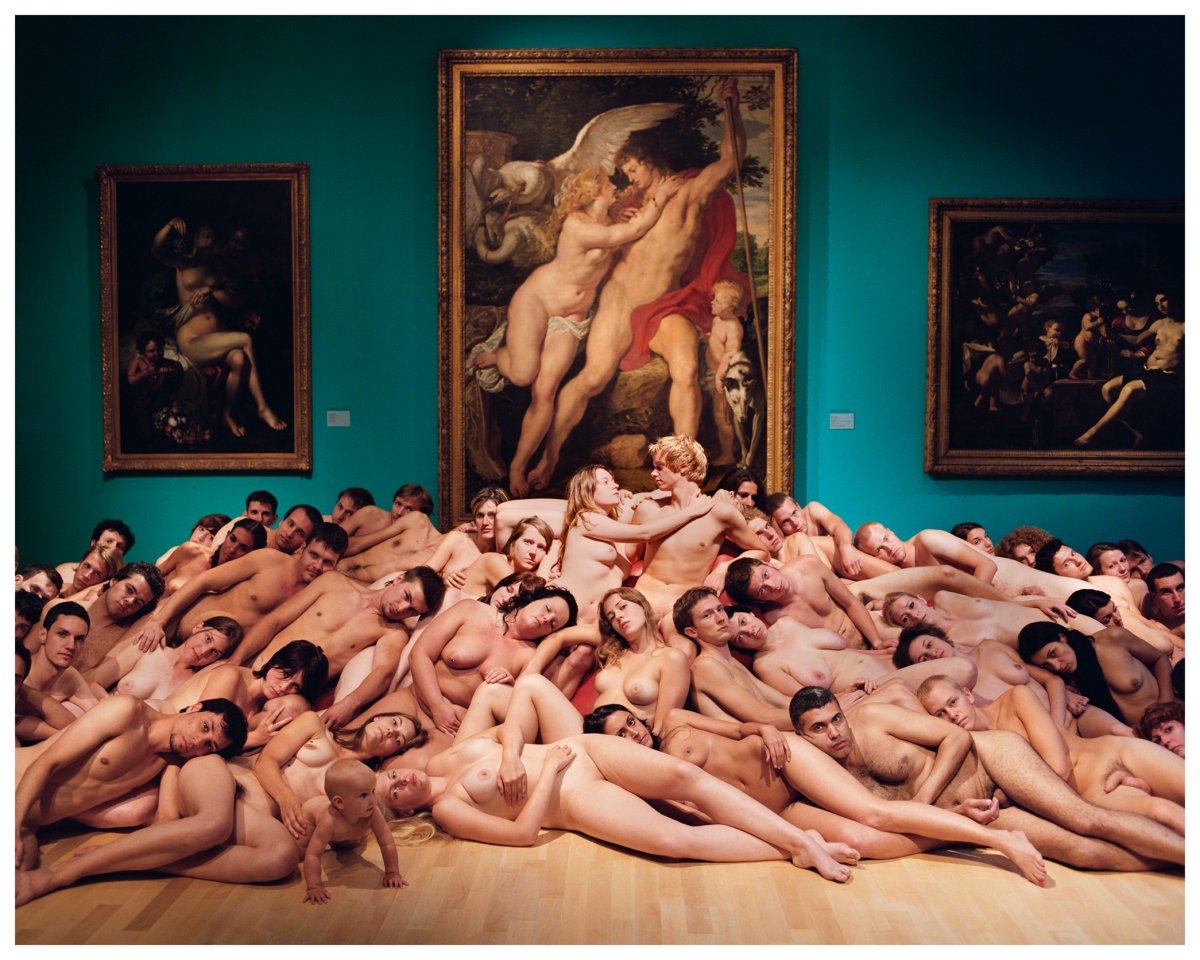 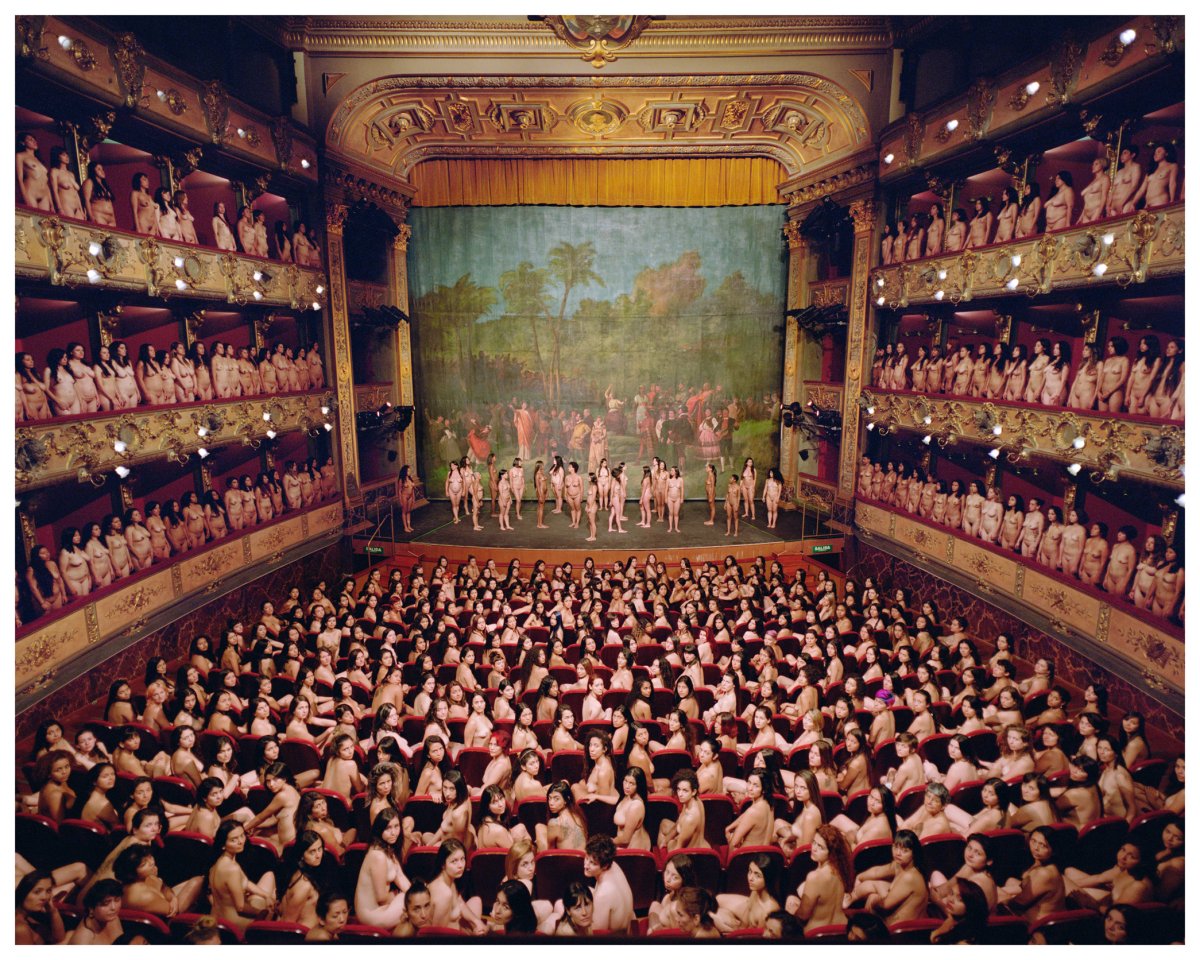 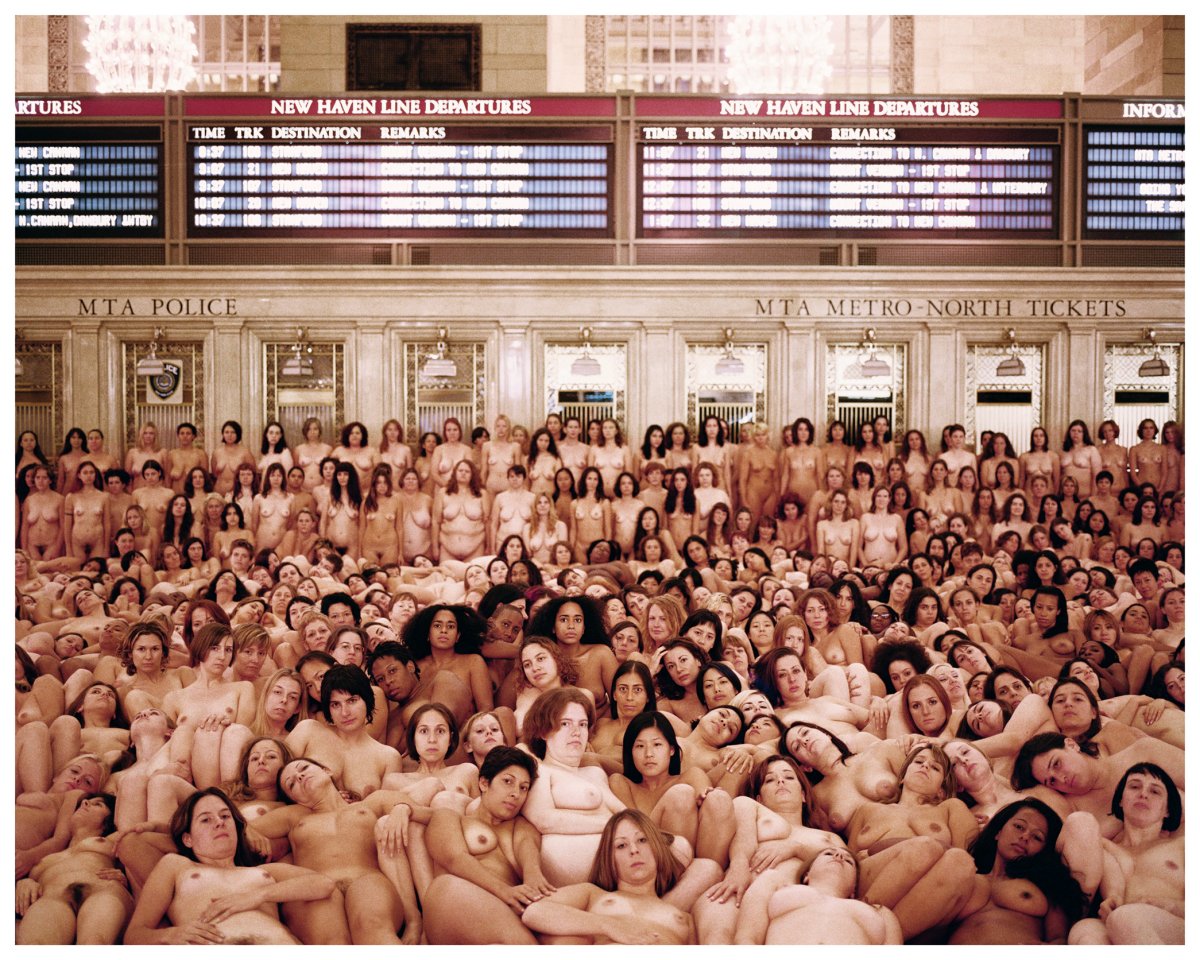 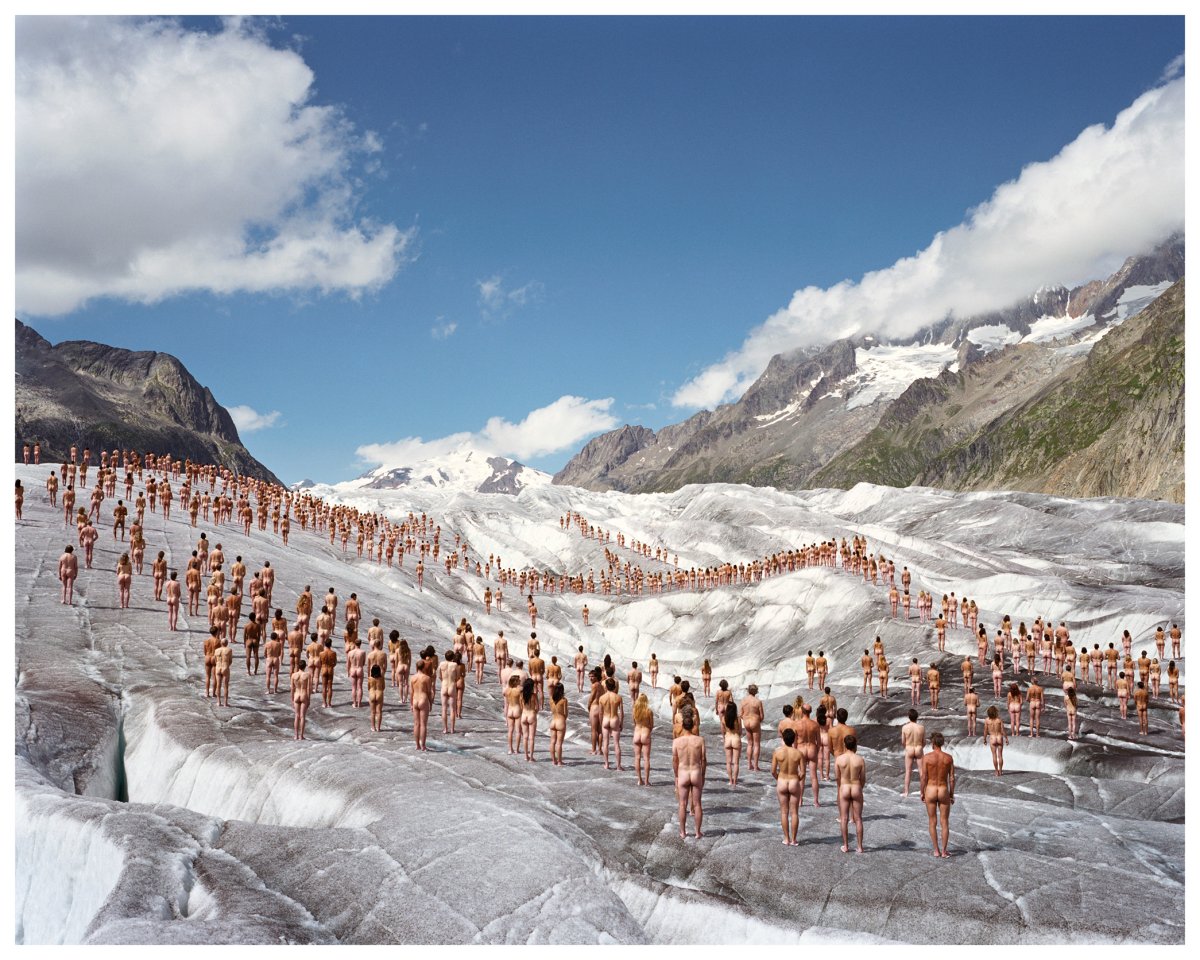 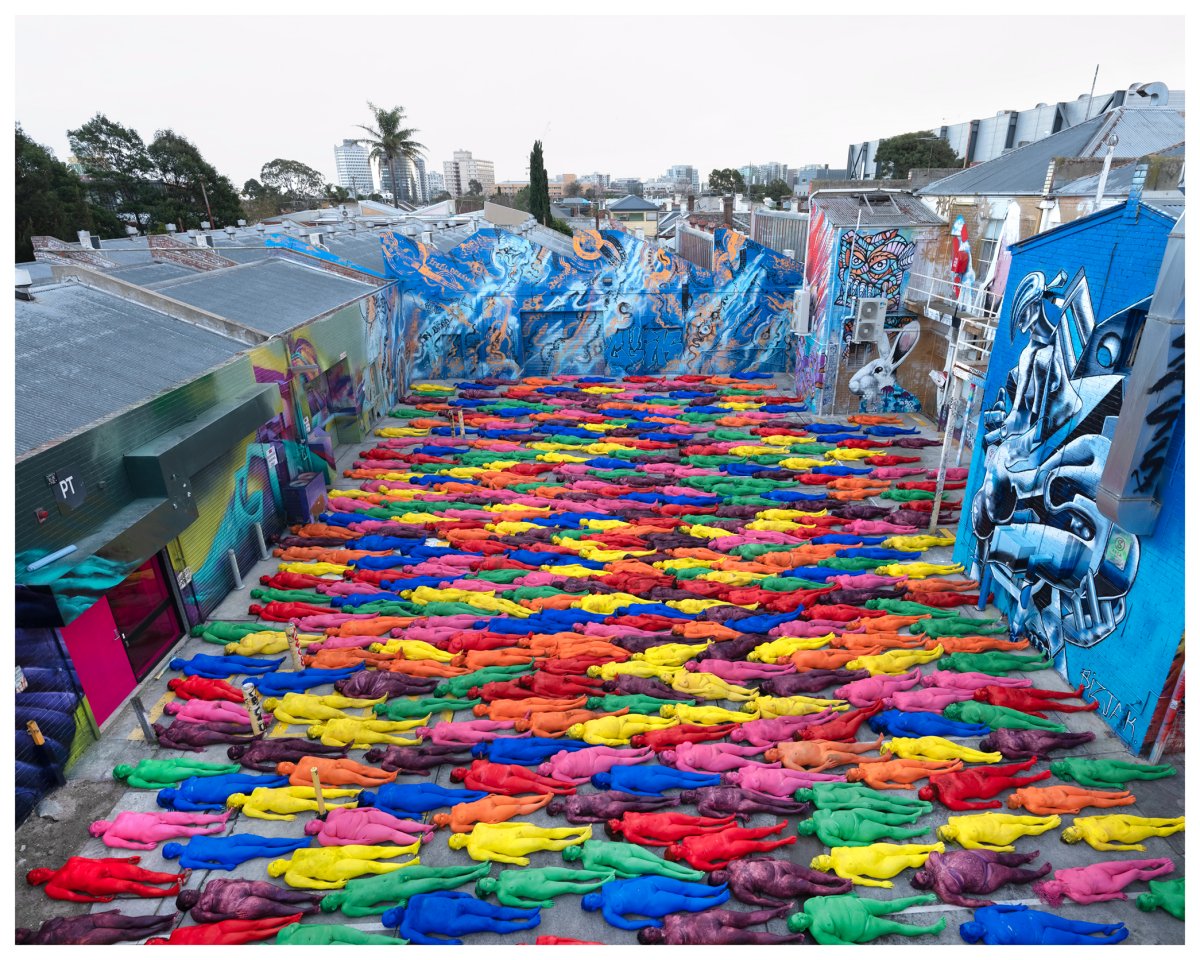 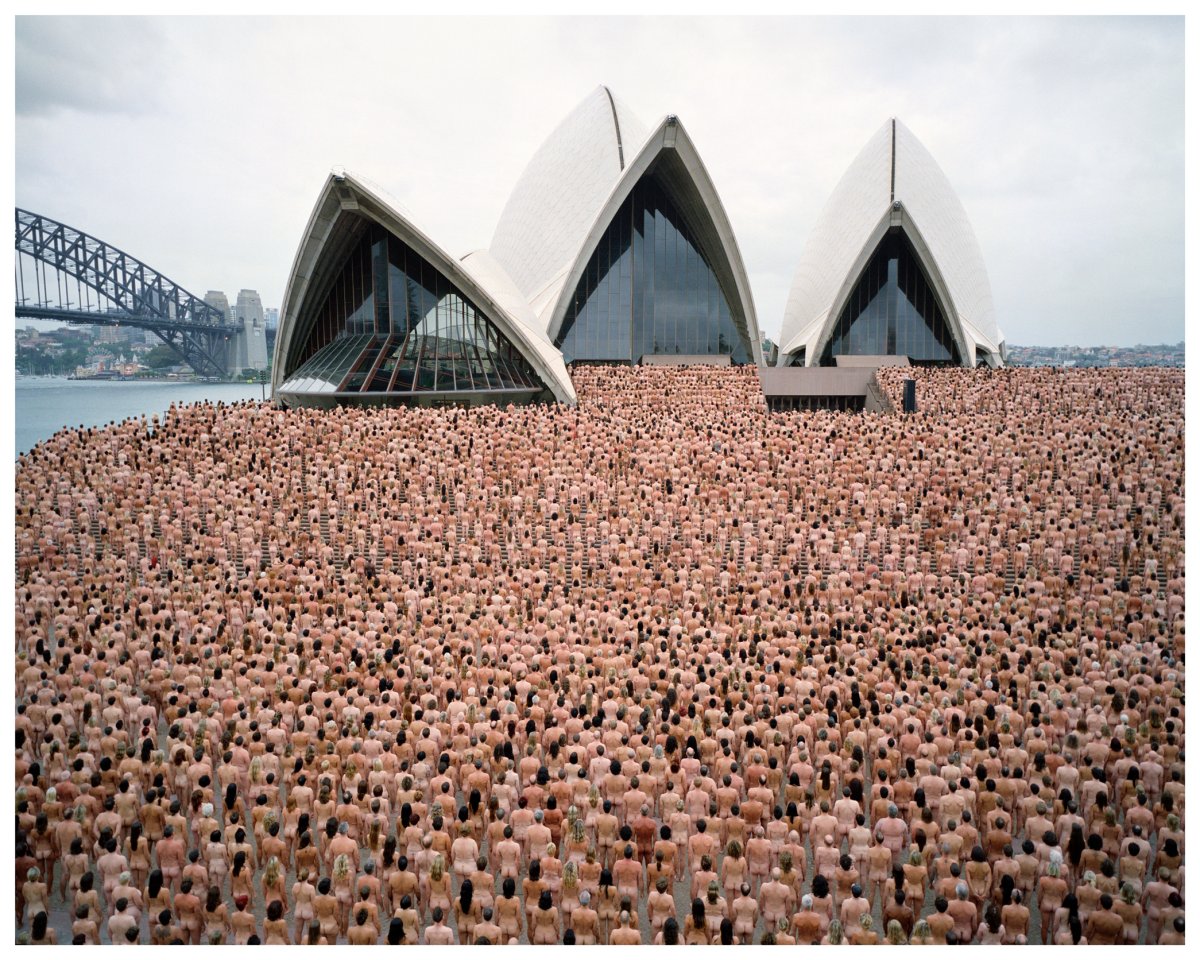 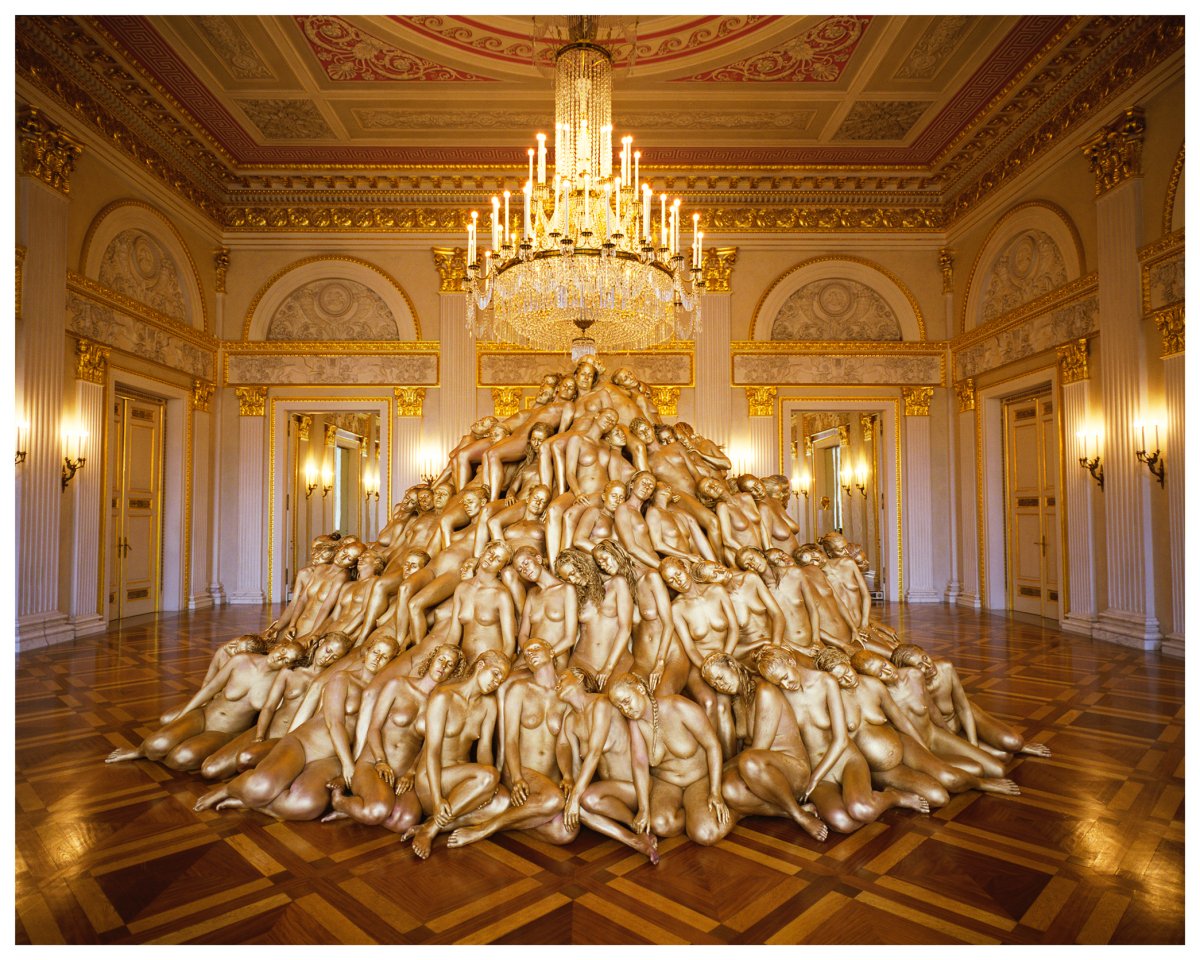 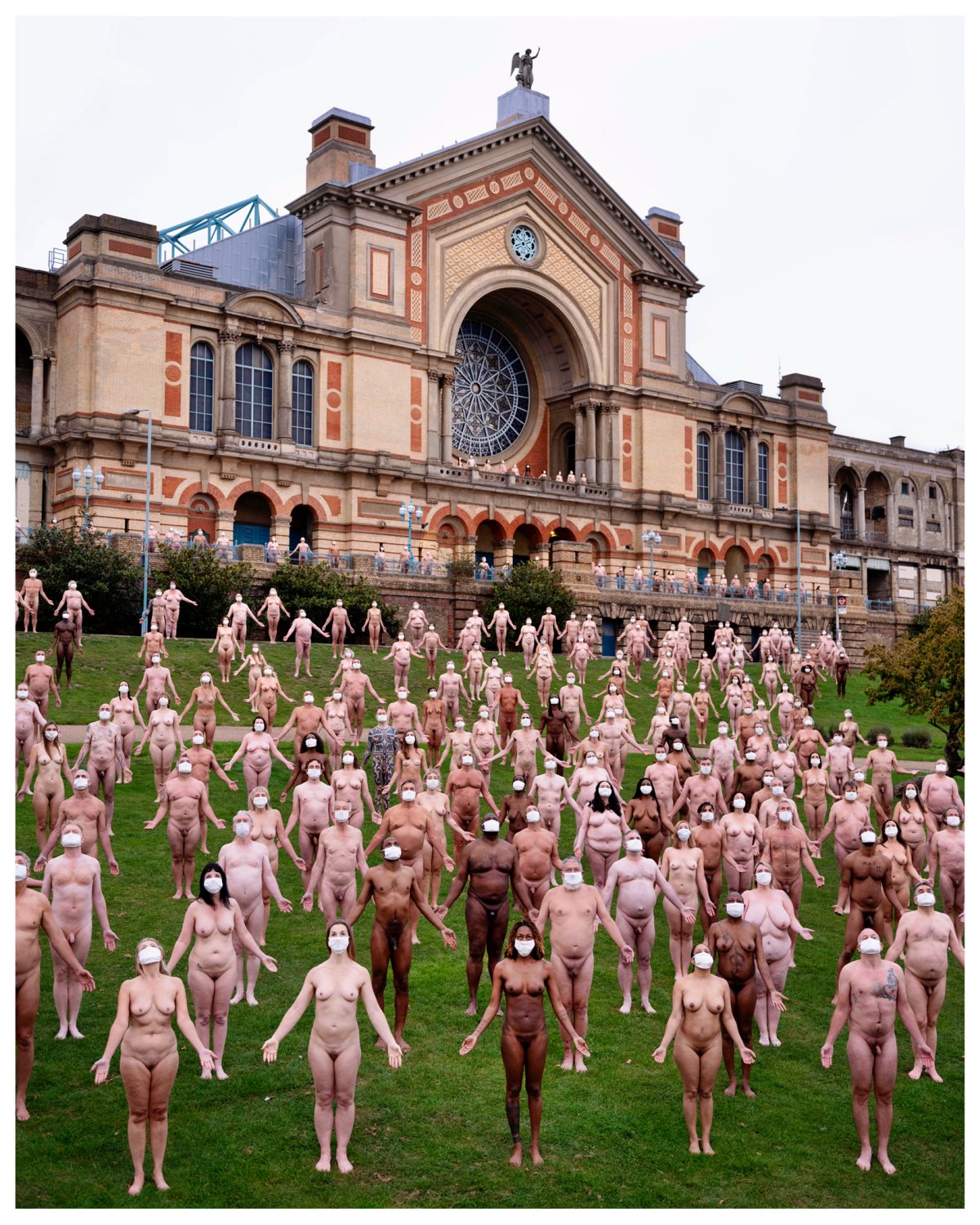 Spencer Tunick
Everyone Together, England, 2020 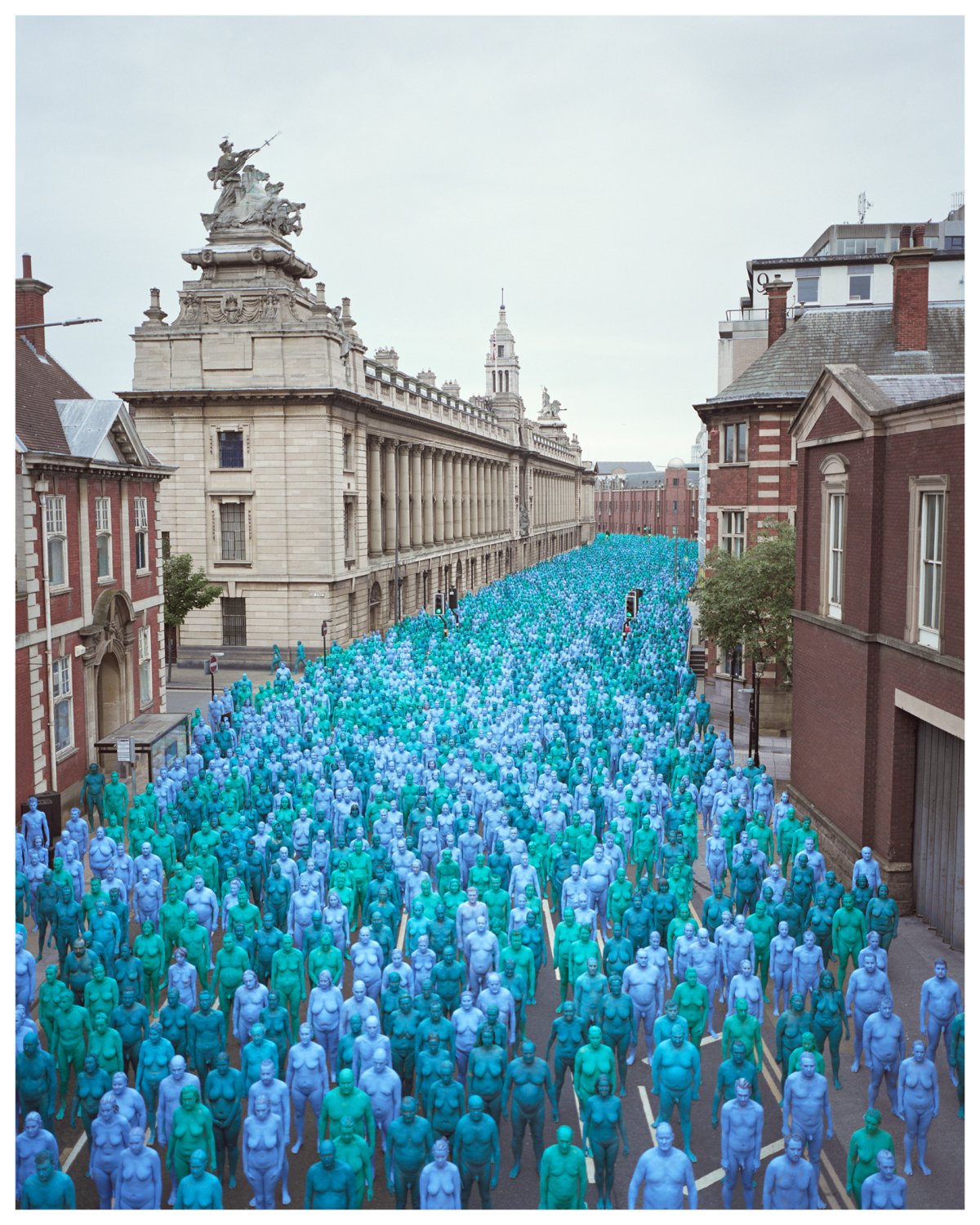 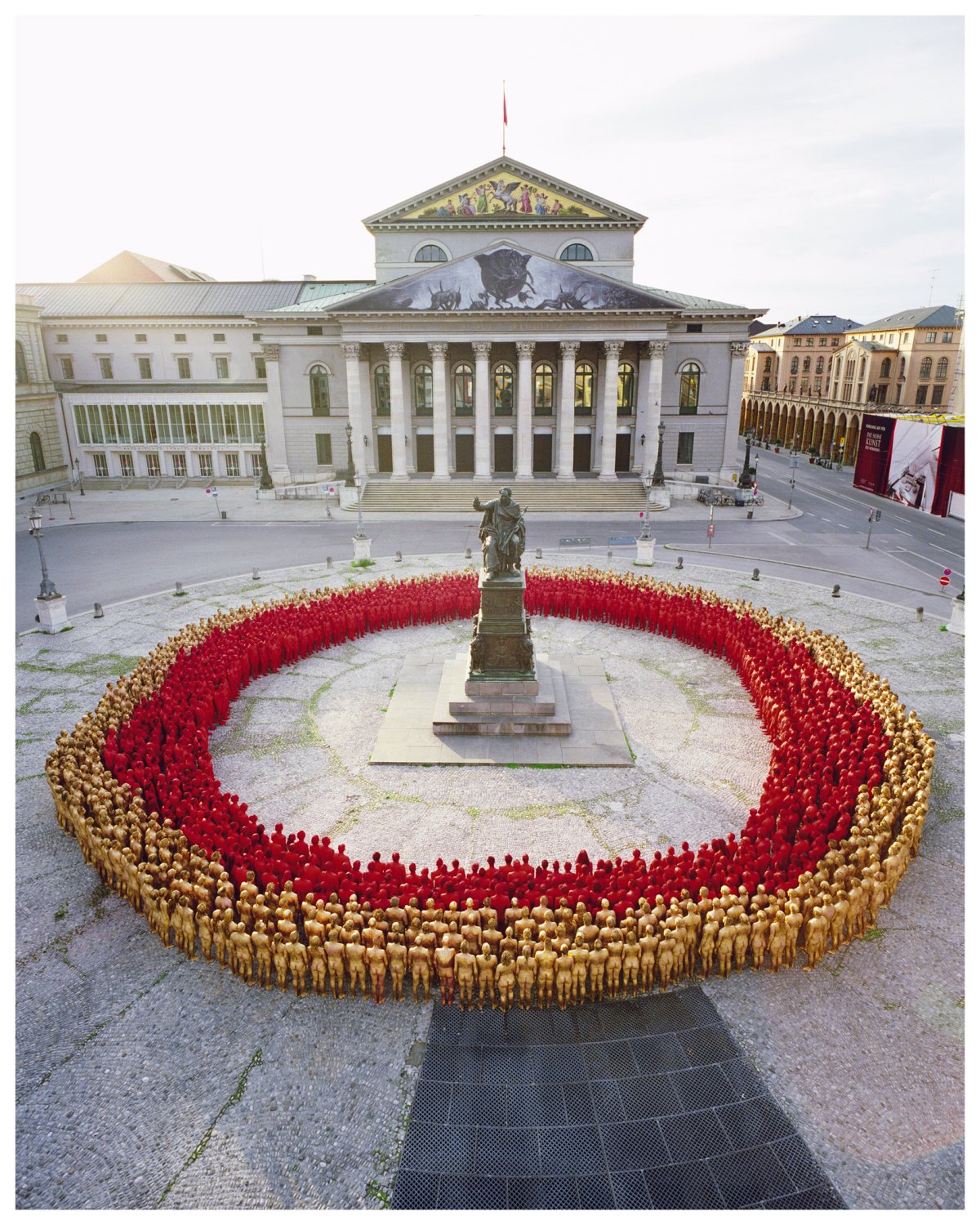 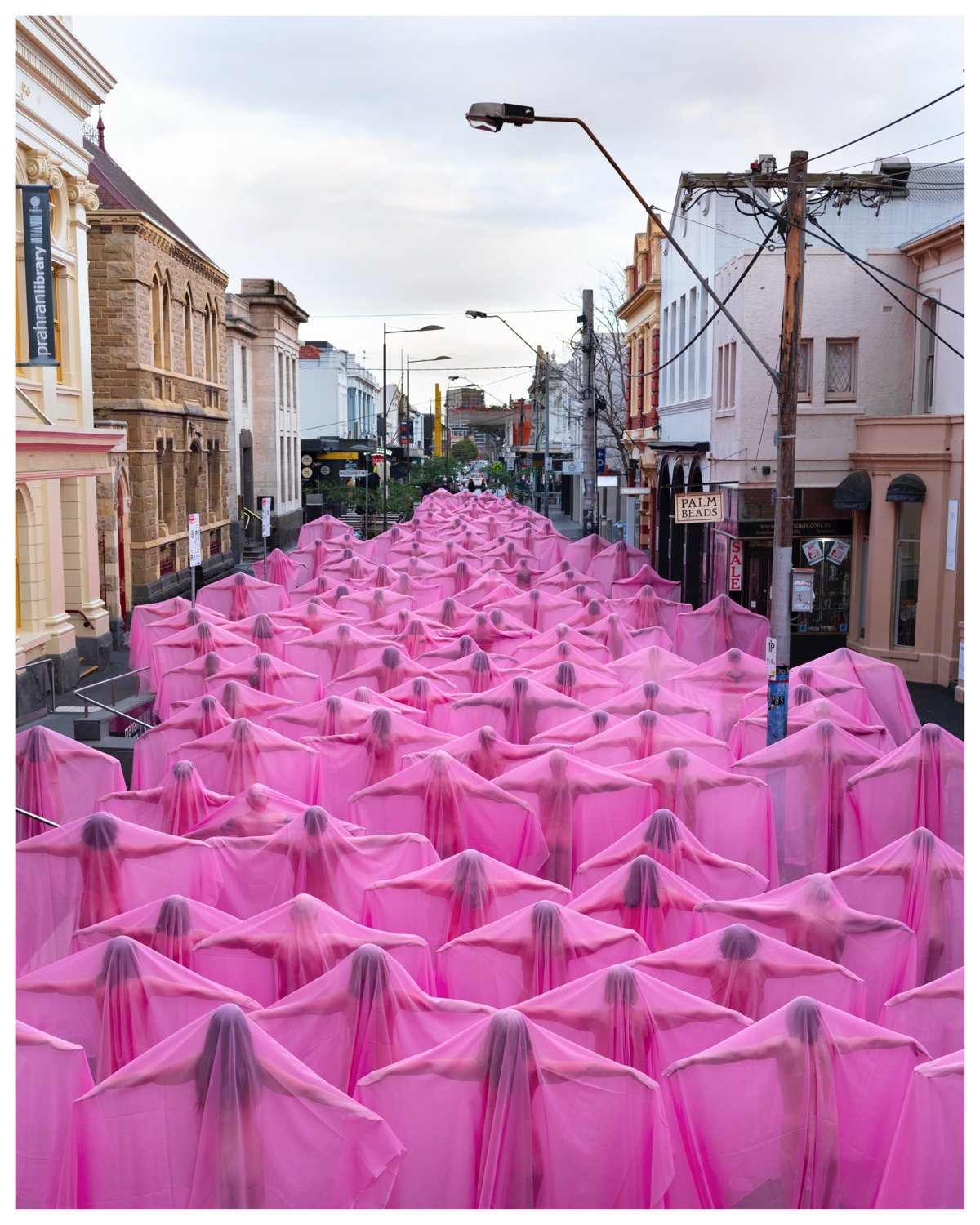 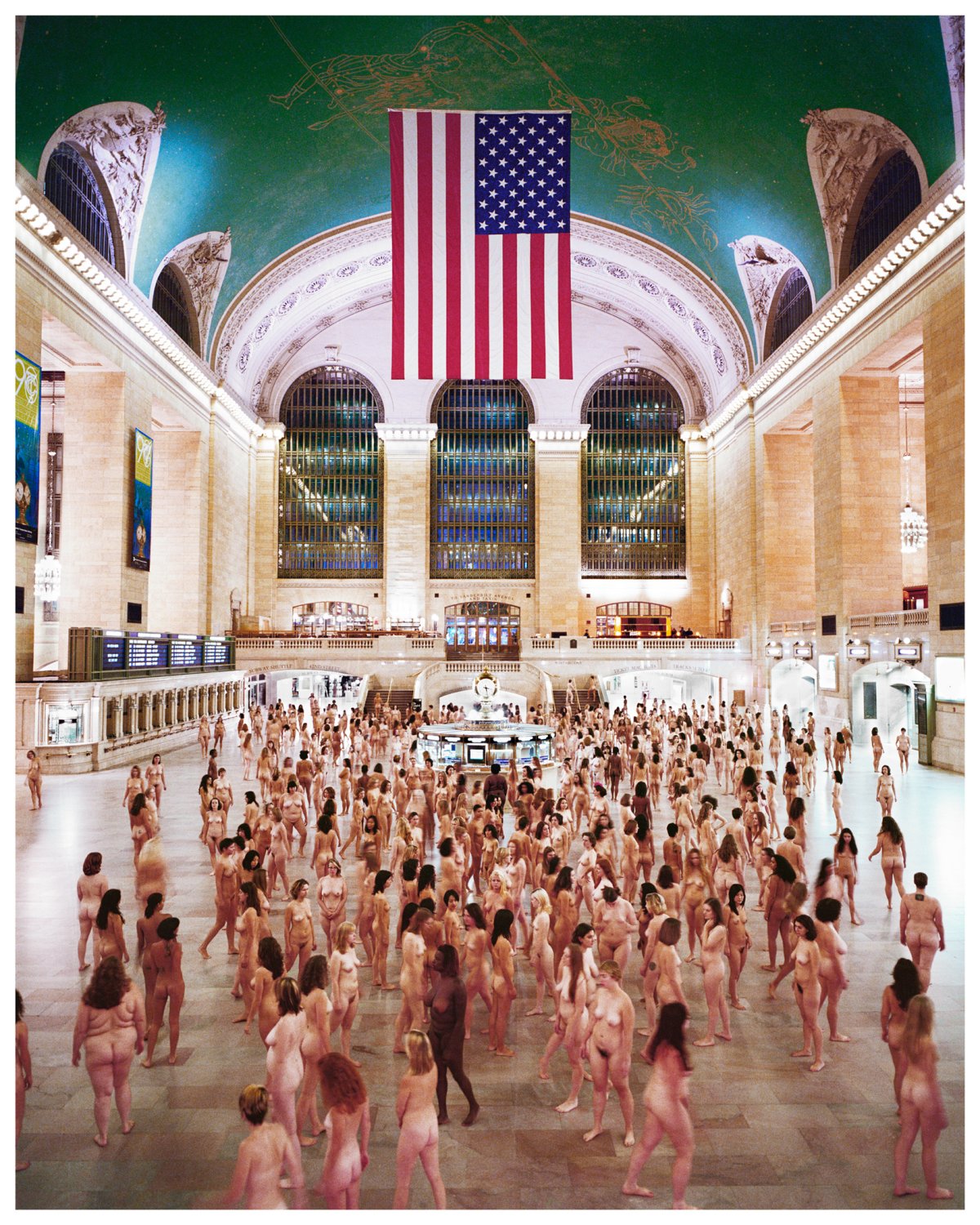 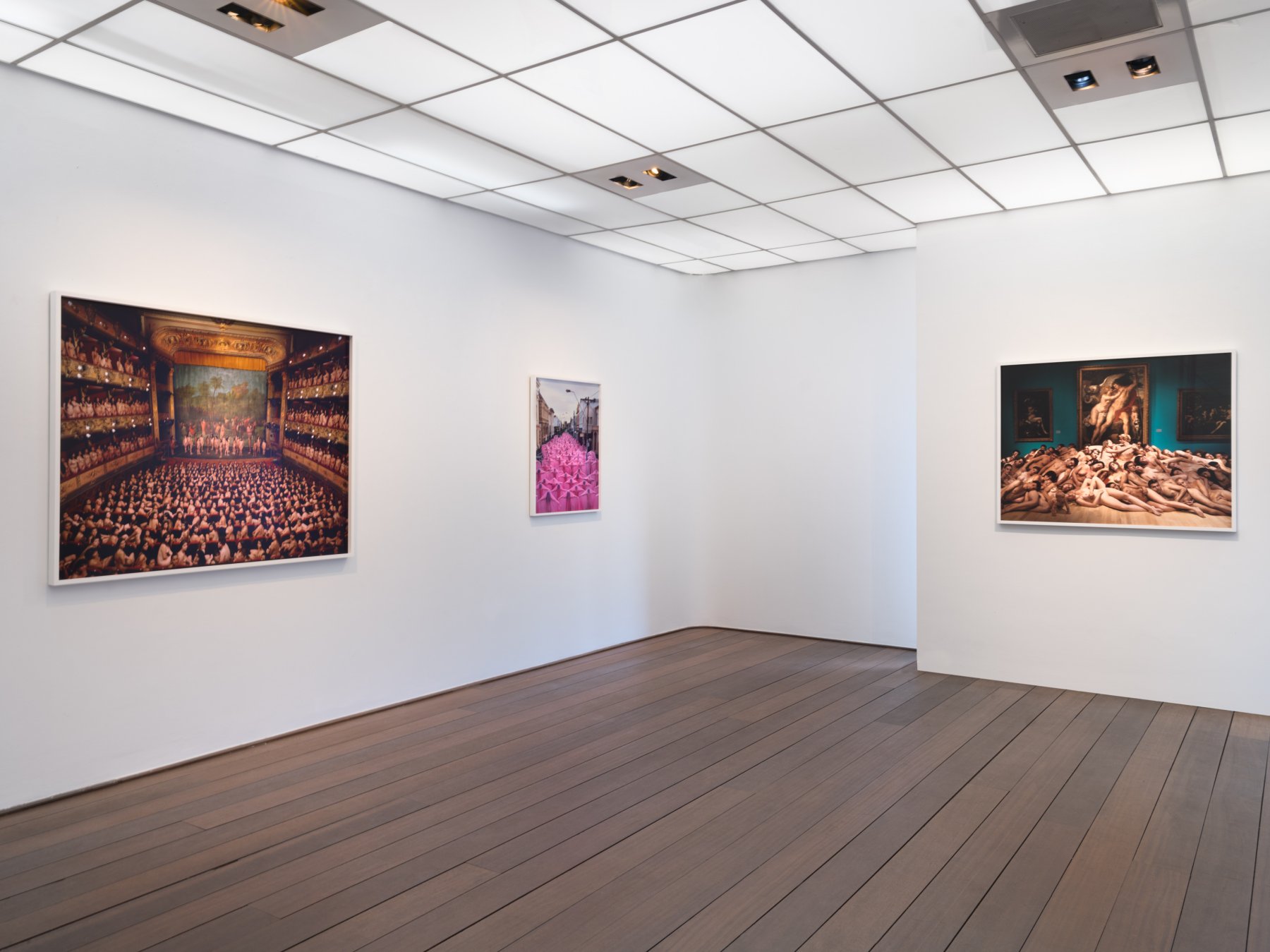 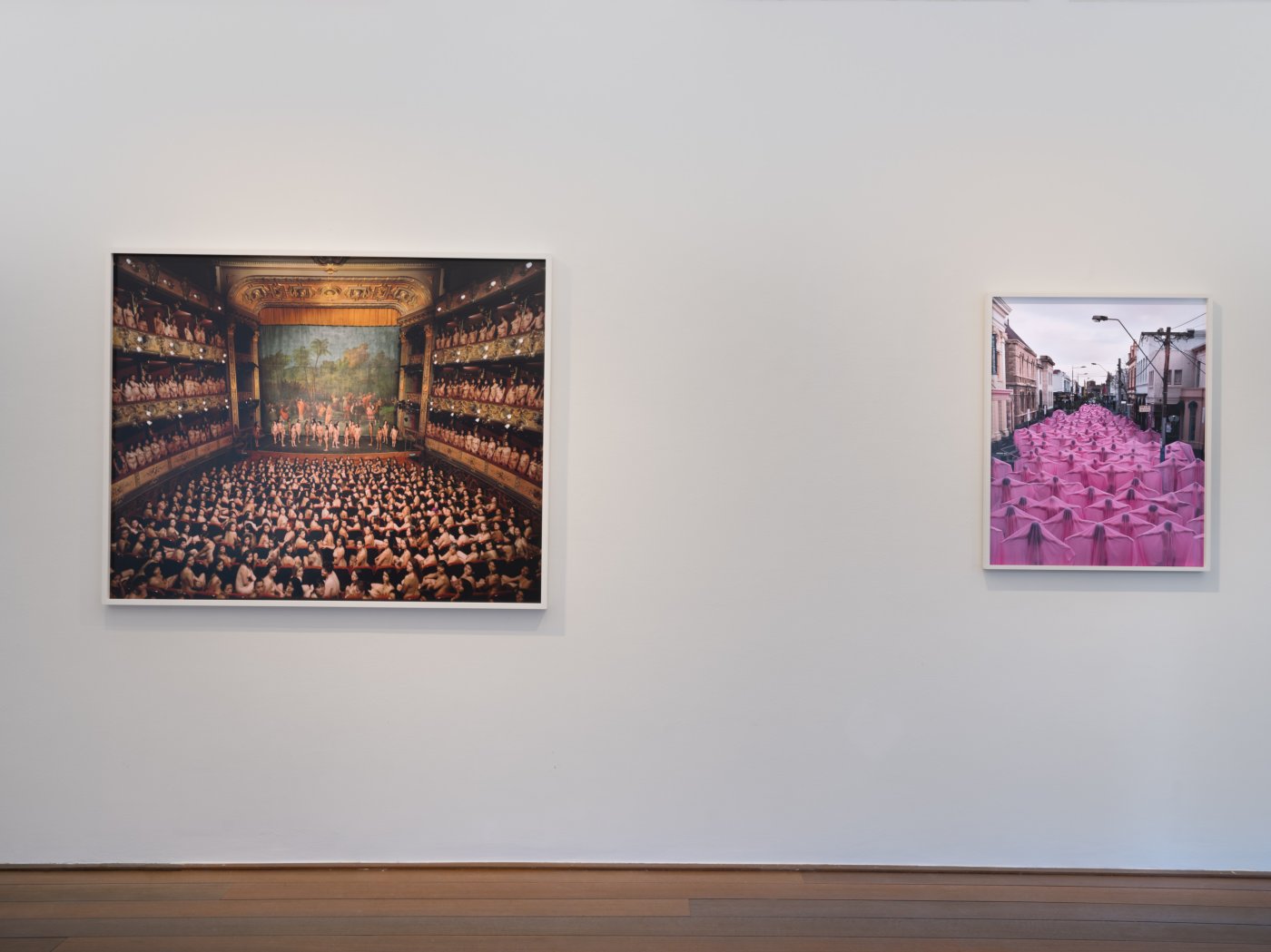 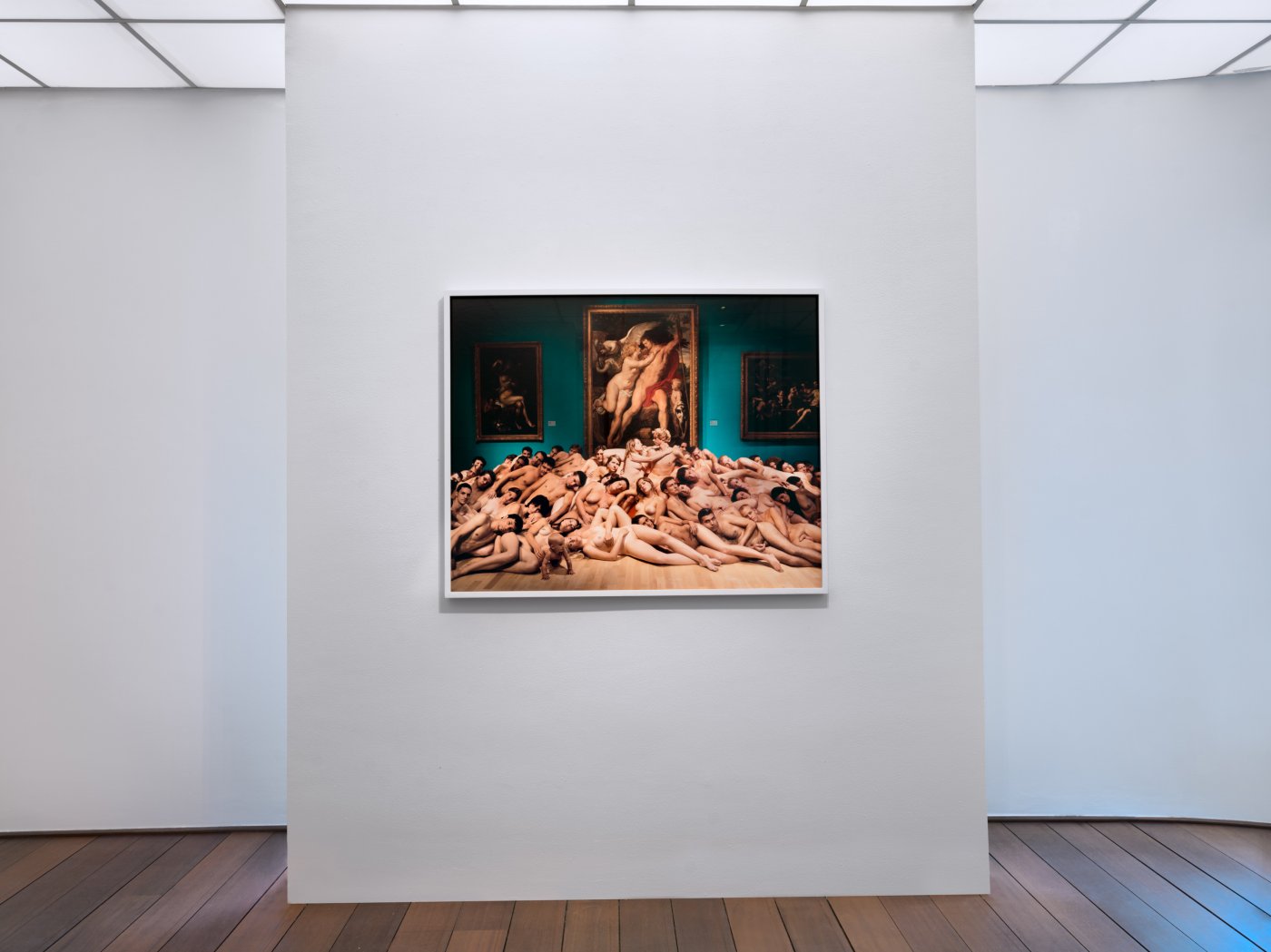 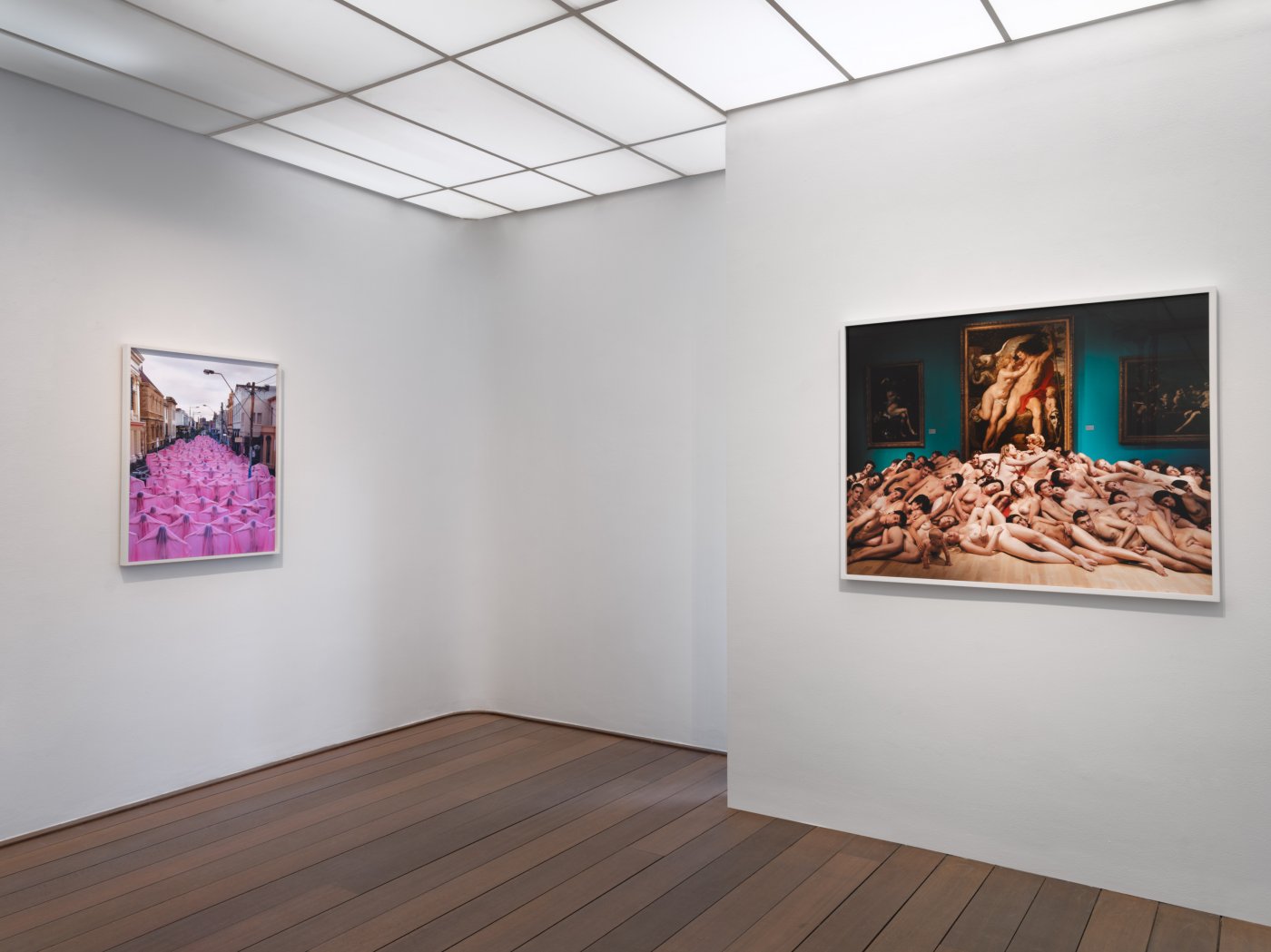 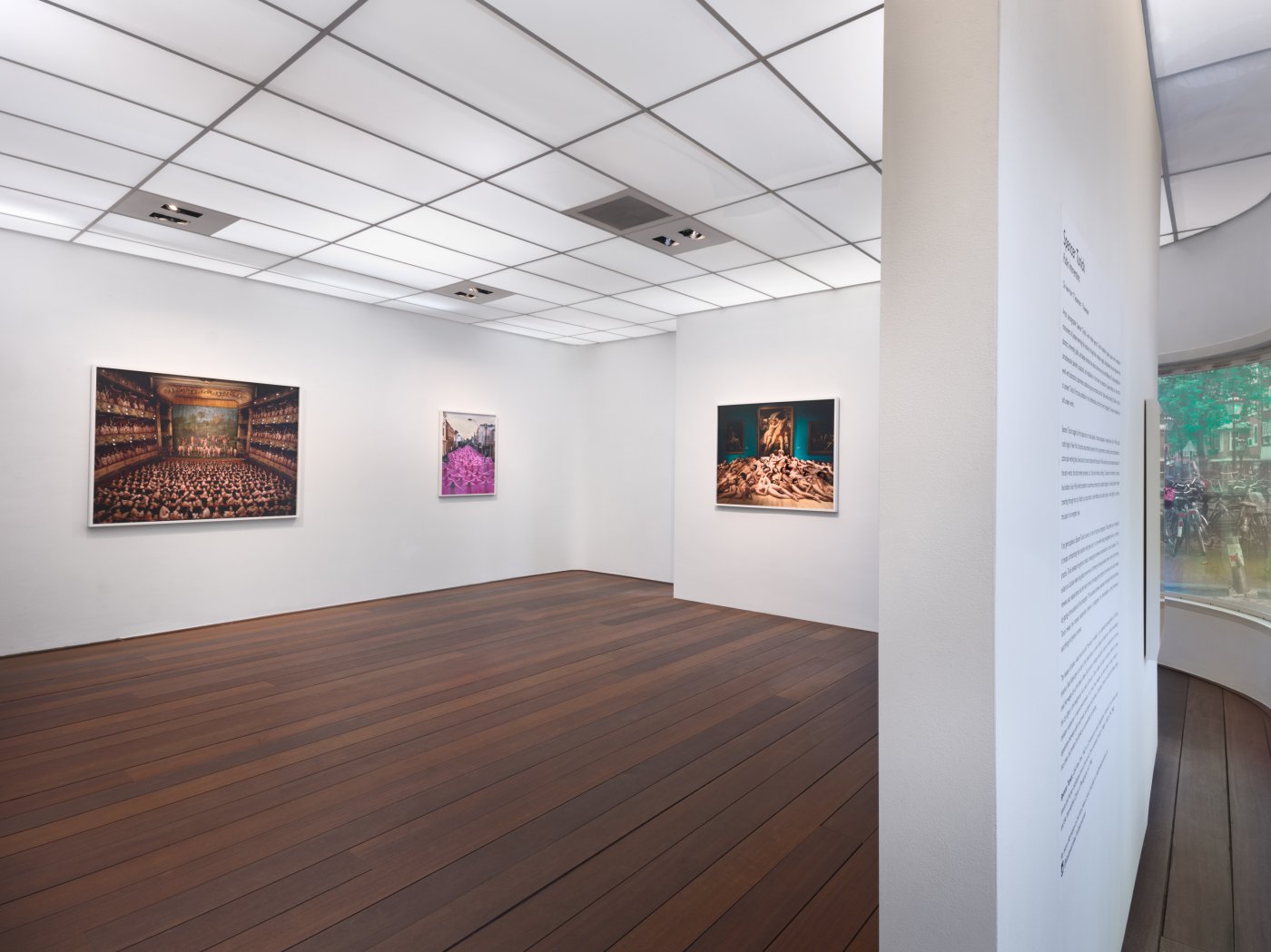 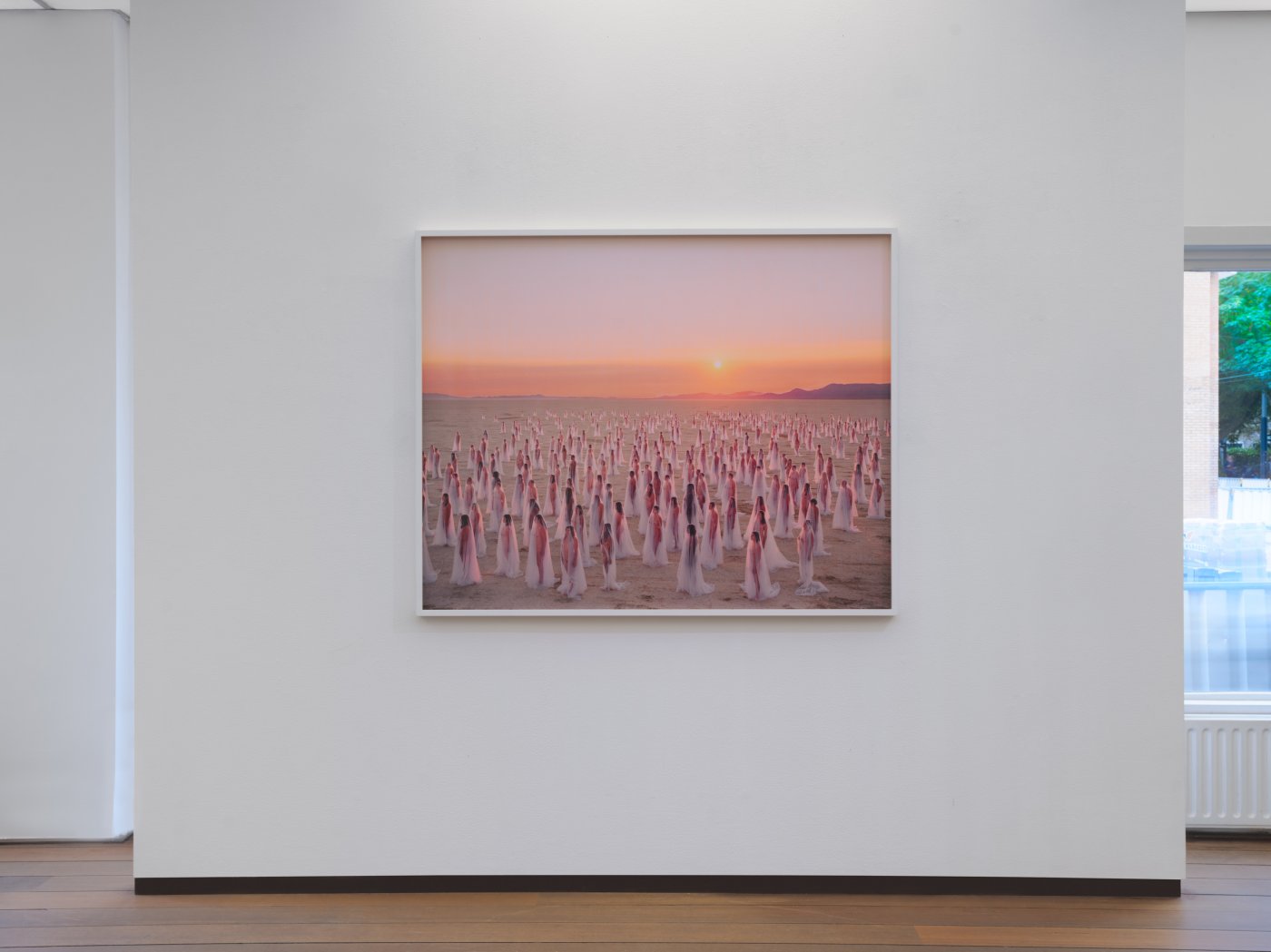 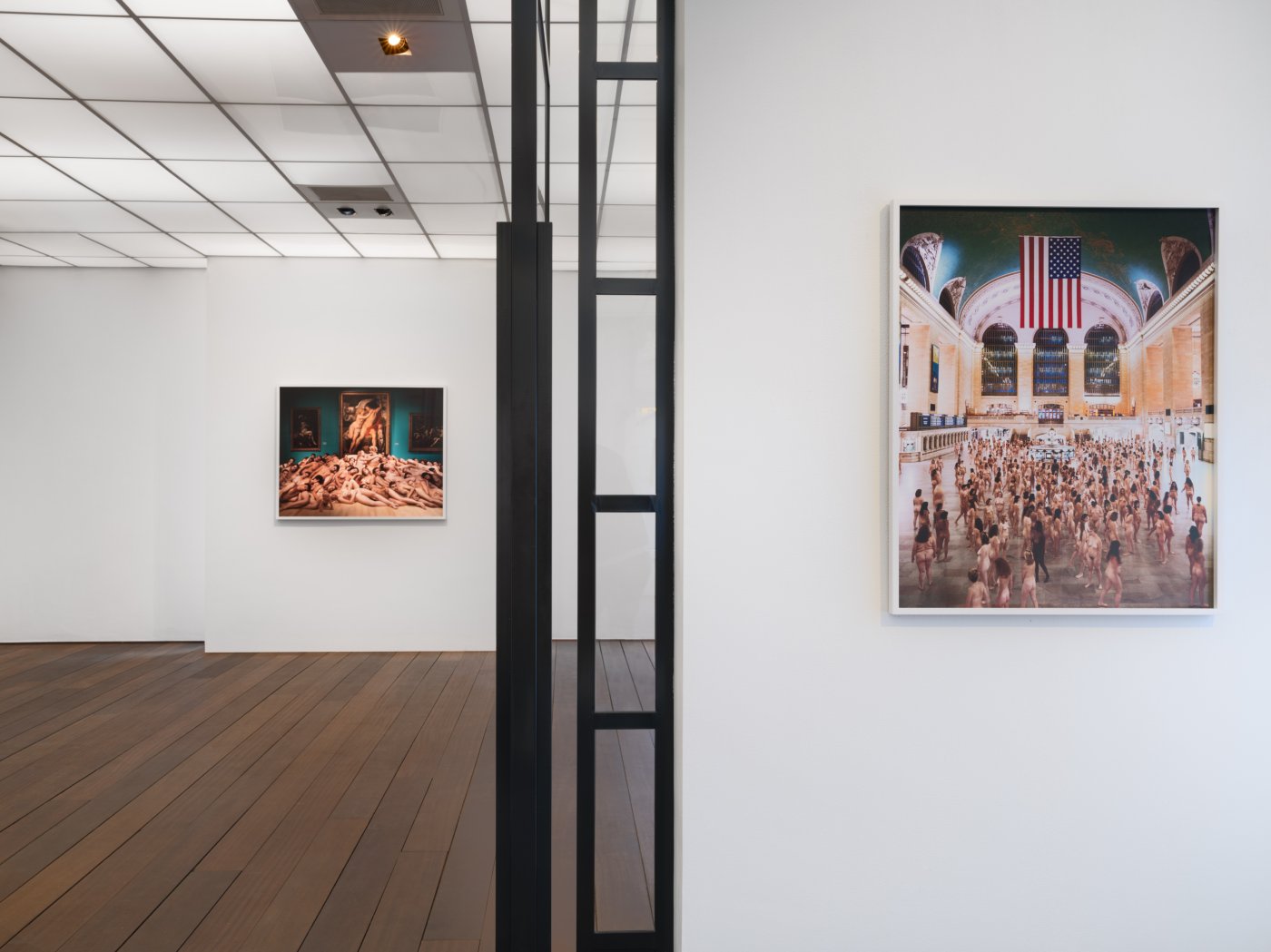 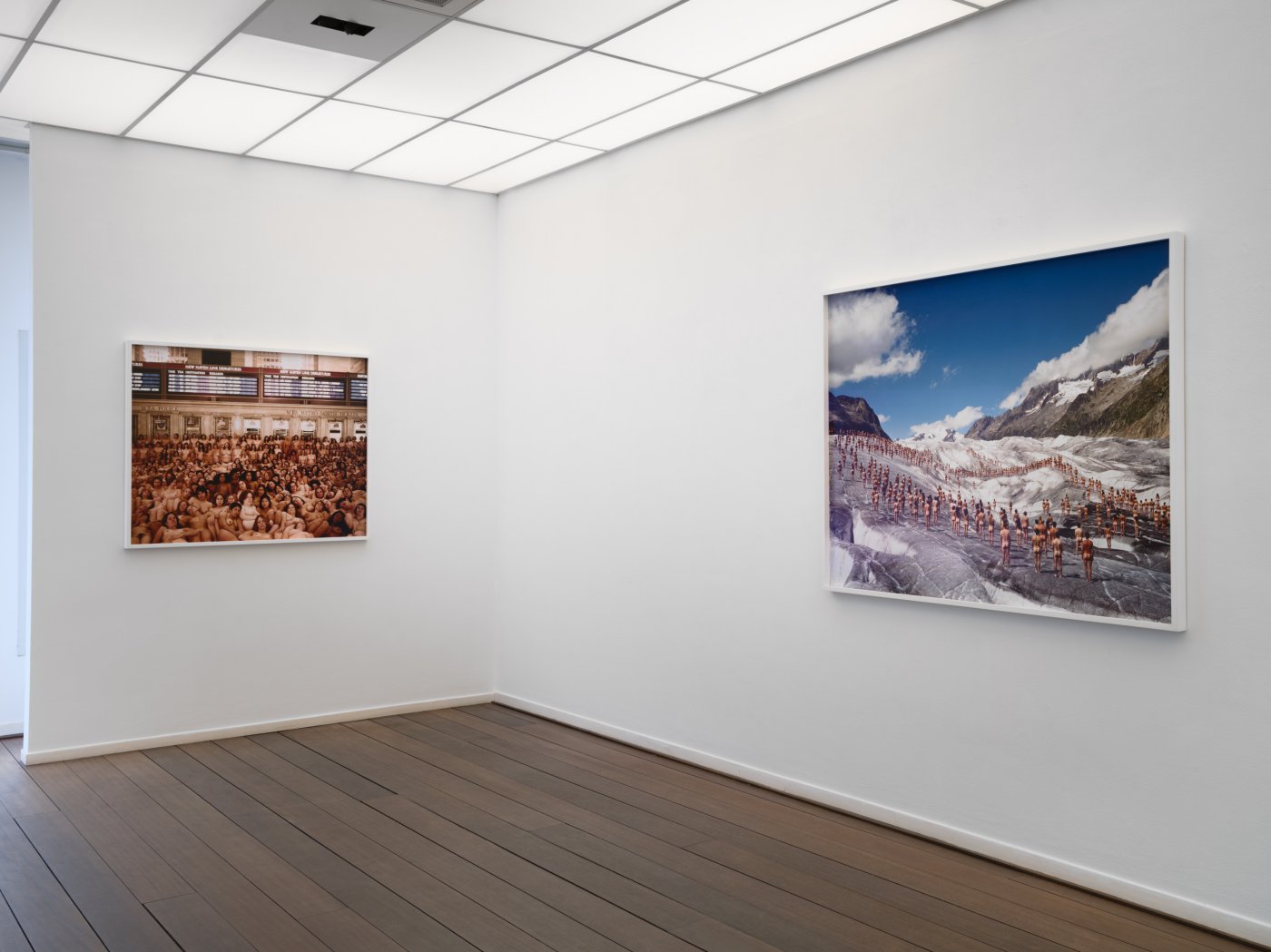 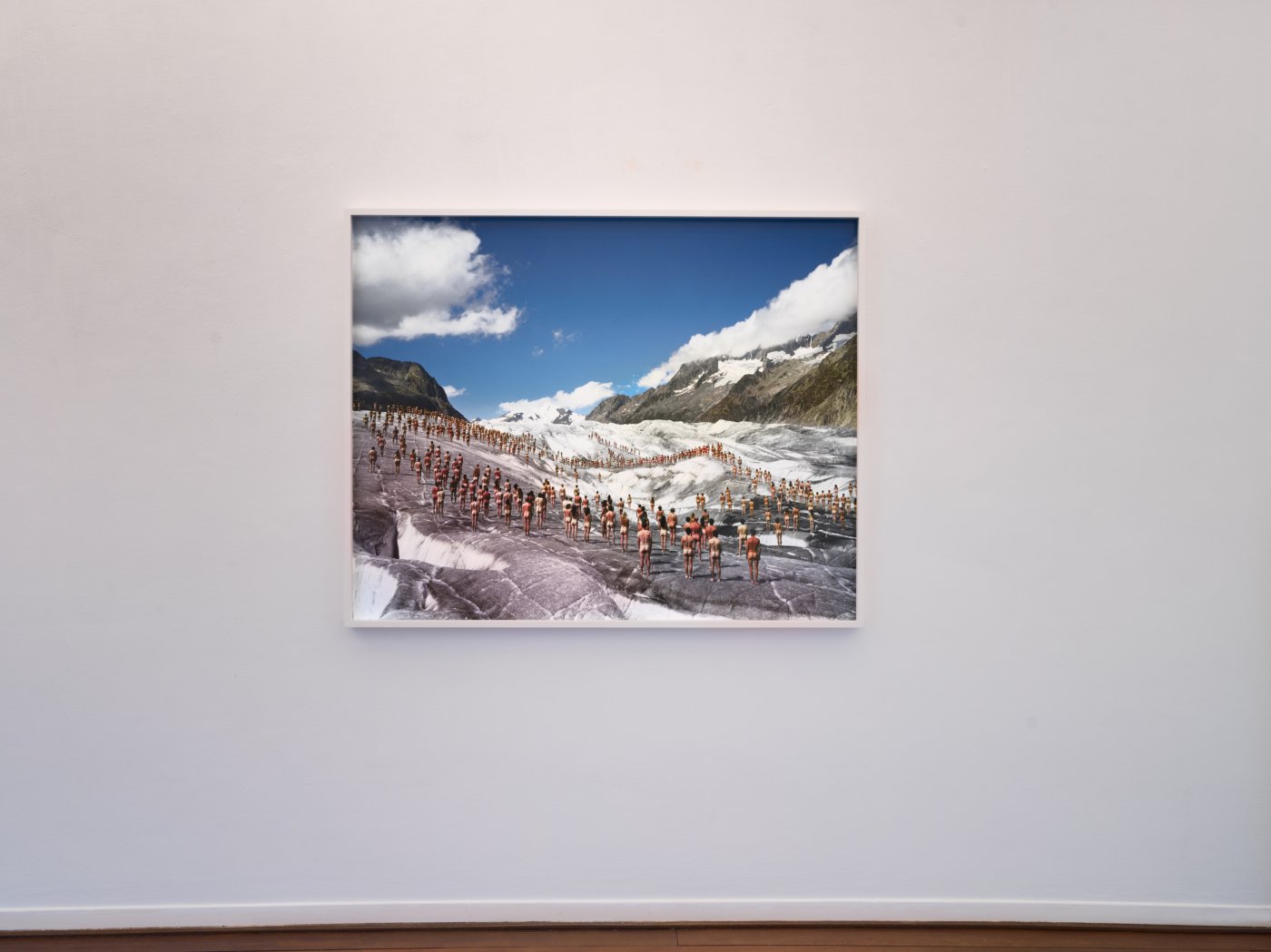 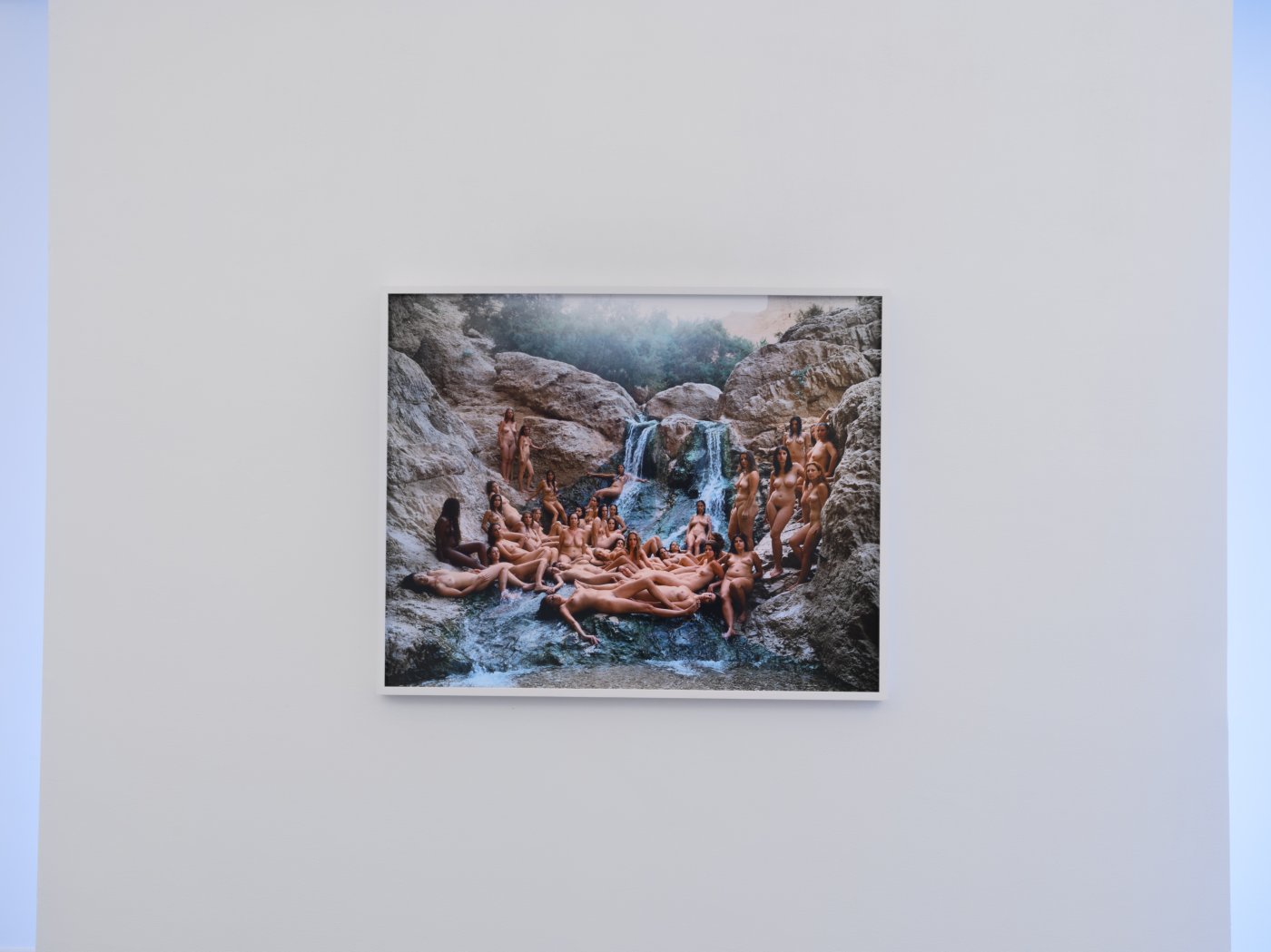 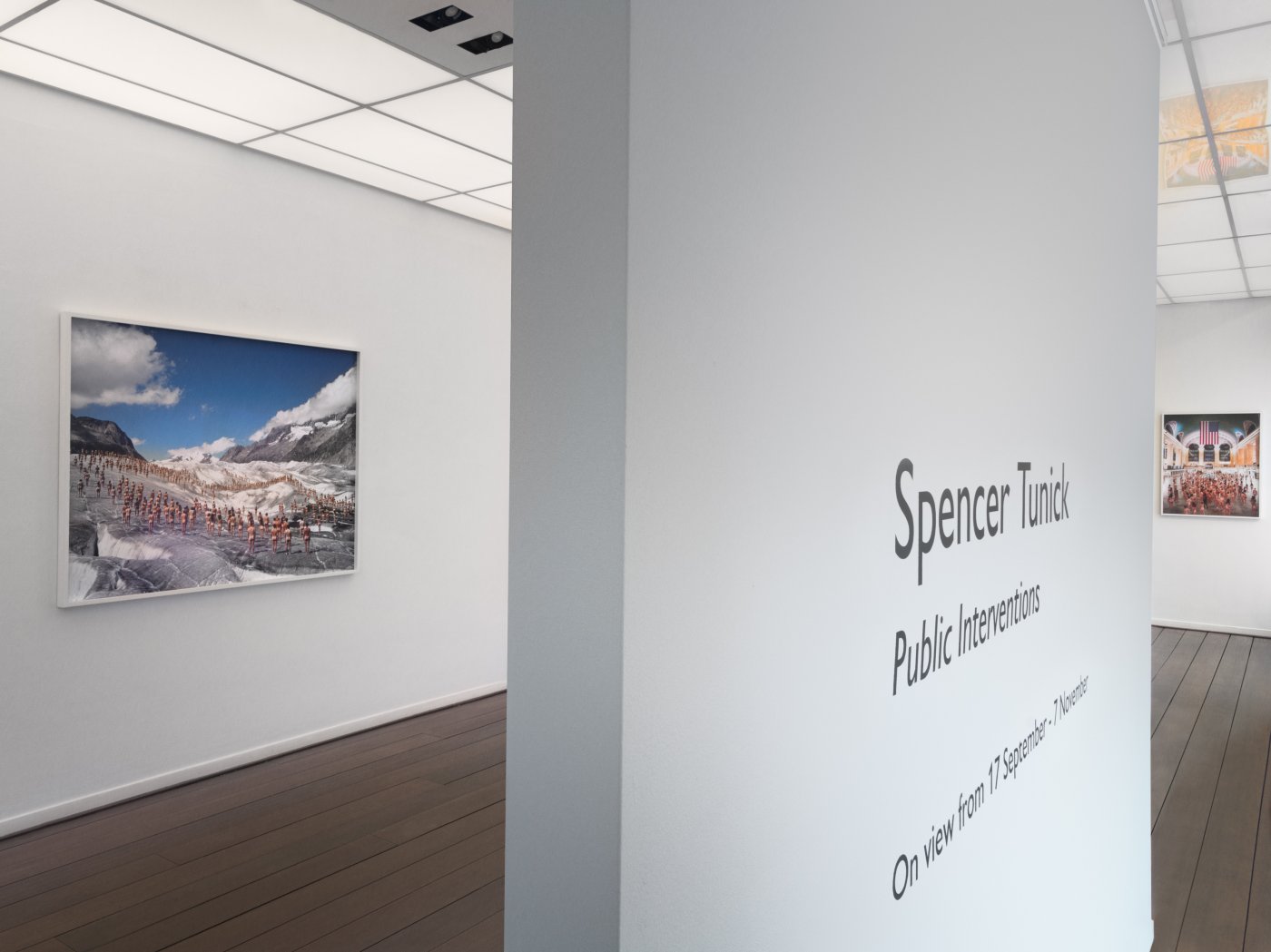 Artist-photographer Spencer Tunick’s work defies genres. Tunick transforms public spaces with temporary monuments of people rewriting the locations through their complex, organic compositions; they are figurative yet abstract, inherently public, and deeply intimate: they depict sincere unity and wild differences. The photographs are simultaneously painterly, sculptural, and installations. In this show, the selection of pieces reflects on the artist’s work with abstraction, adornment, traditional group portraiture and the “body without clothing.” Reflex is proud to present Tunick’s first solo exhibition in the Netherlands and the first with the gallery. The show includes new and unseen works.

Spencer Tunick staged his first depictions of nude bodies in urban landscapes in nineties New York. With public nudity legal in New York, the artist was arrested anyway by the city government, creating the photo demanded an action plan working like a Swiss clock to avoid trouble with the police. While nudity was a provocative spectacle of the early works, the artist merely perceives it as “the body without clothing.” Consider the hundreds of painted, blue bodies in Sea of Hull, which transform an anonymous street into an abstract display of a (human) body of water traversing through the city. Nudity is a prop similar to other effects such as fabric, paint, or solar lights; it activates the space in an energetic way.

If any genre applies to Spencer Tunick’s oeuvre, it is that of the group photograph. Tunick gathers up to thousands of people, orchestrating their positions with great care. In a time where being photographed nude is a common practice, Tunick elevates the genre to create a meeting point between contemporary art and its audience. This is evident on Columbia, where the gilded environment is brimming with people located at every corner of the frame. However, each seated person has their back turned to the stage, glaring straight at the camera, and as such, eventually gazing at the audience of the photograph. The boundaries between spectated and spectator become blurred as Tunick reveals the complex relationships inherent to photography: the memorialization a group becomes an electrifying and dynamic moment.

The masses of bodies – what the artist calls “the body in multiple” – is an undeniably captivating feature of Tunick’s practice. Bodo Bodyscape is an ode to this phenomenon, as human bodies are folded over a hillside overlooking a small Norwegian city at the break of dawn. Each person is holding a solar light in their out-stretched arms, mirroring the city lights in the background. As a piece of land art, Tunick utilizes the body as his organic material to create transient sculptures in natural environments. In a trend that traverses his entire career, he plays carefully on oppositions between public and private, and organic and synthetic. Ultimately, Tunick turns cities into bodies, bodies into cities, and renders the familiar as unprecedently enchanting.

Spencer Tunick (USA, New York, 1967) is a Contemporary artist-photographer, renowned for his colossal nude shoots and human installations around the world. Tunick attended Emerson College, in Boston, MA, 1988 and the International Center of Photography, NY, 1990.

Courtesy of the artist and Reflex, Amsterdam