James Cohan presents We send the wave to find the wave, an exhibition of work by Spencer Finch. This is Finch’s fourth solo exhibition with James Cohan. 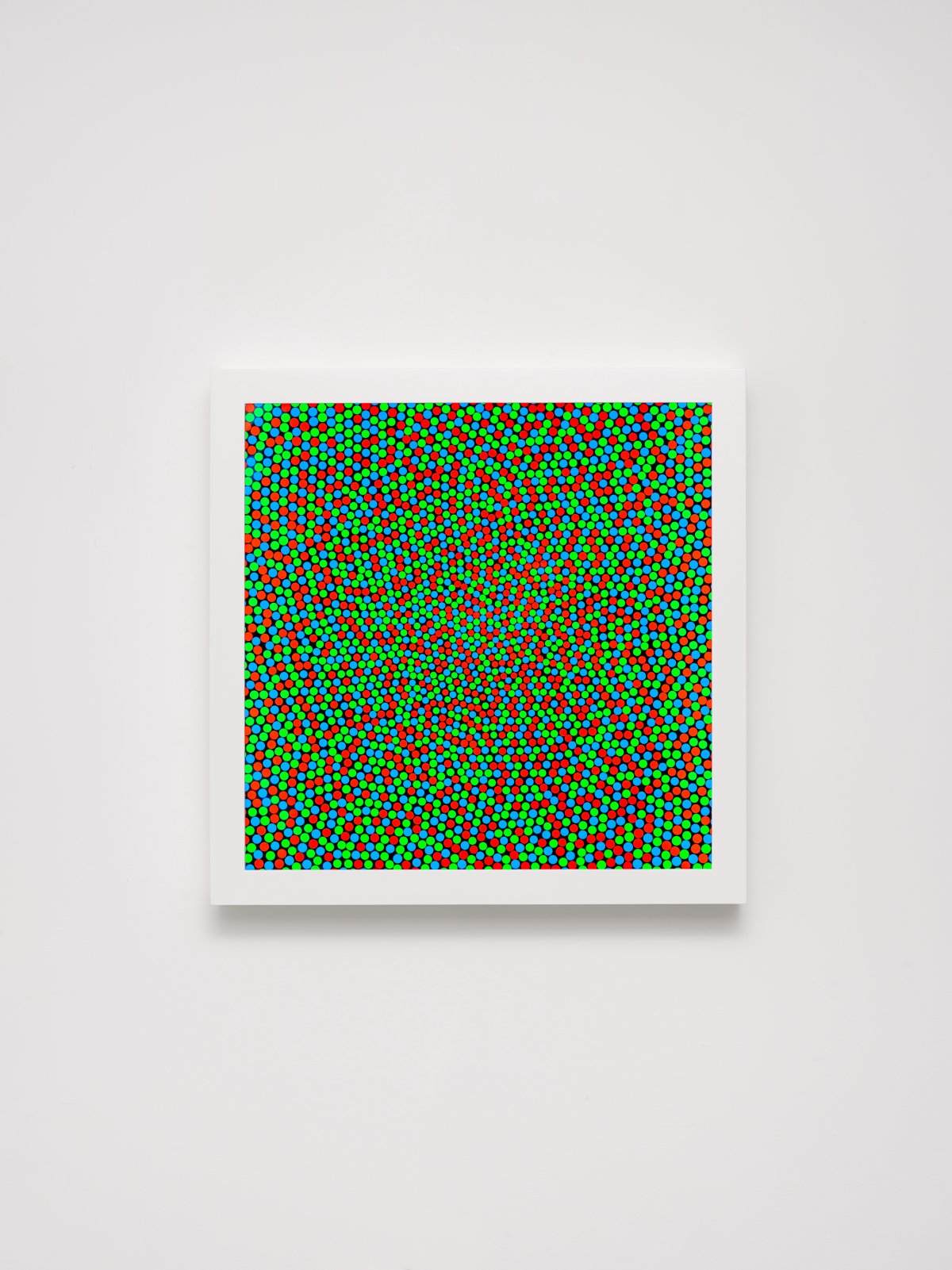 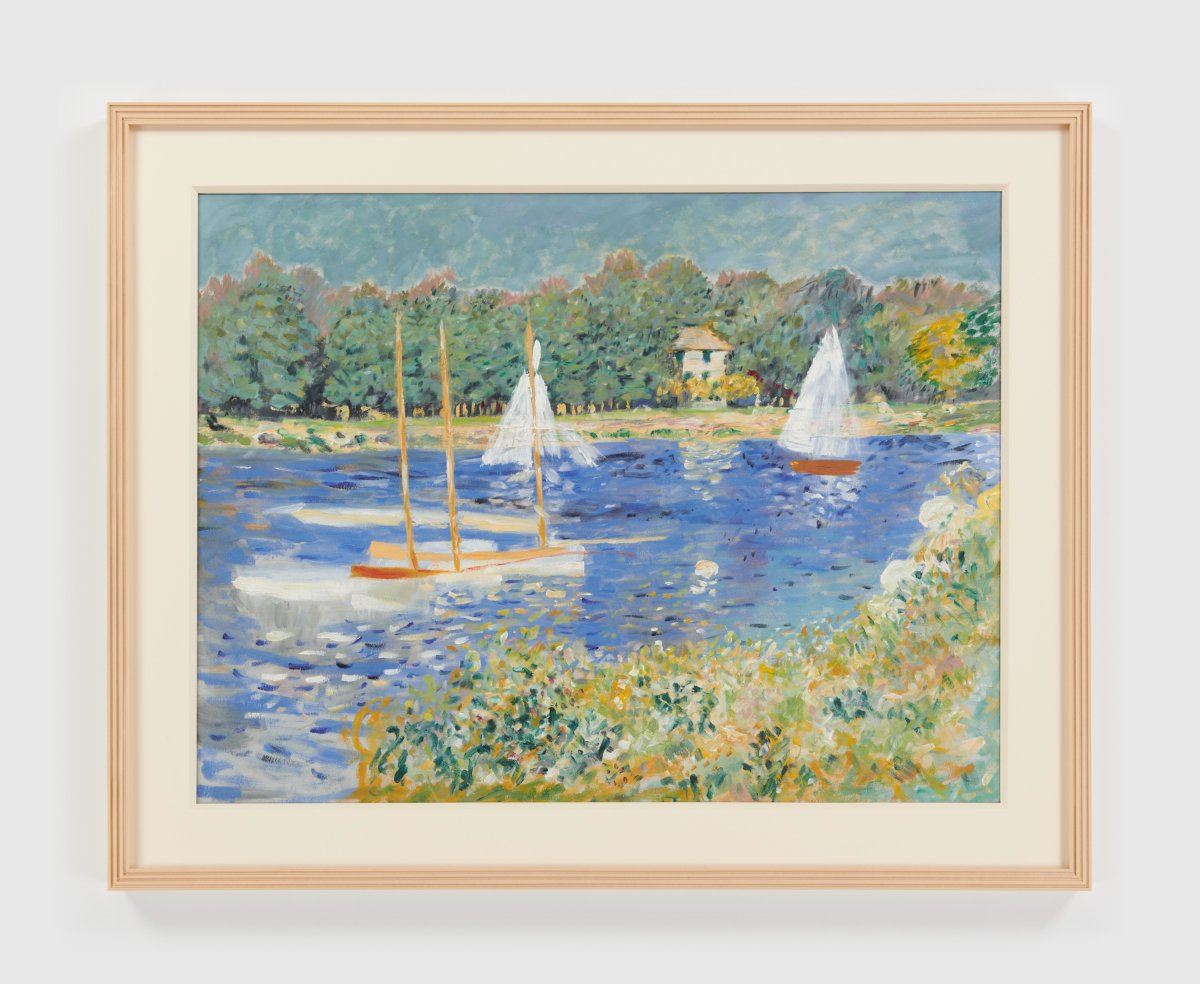 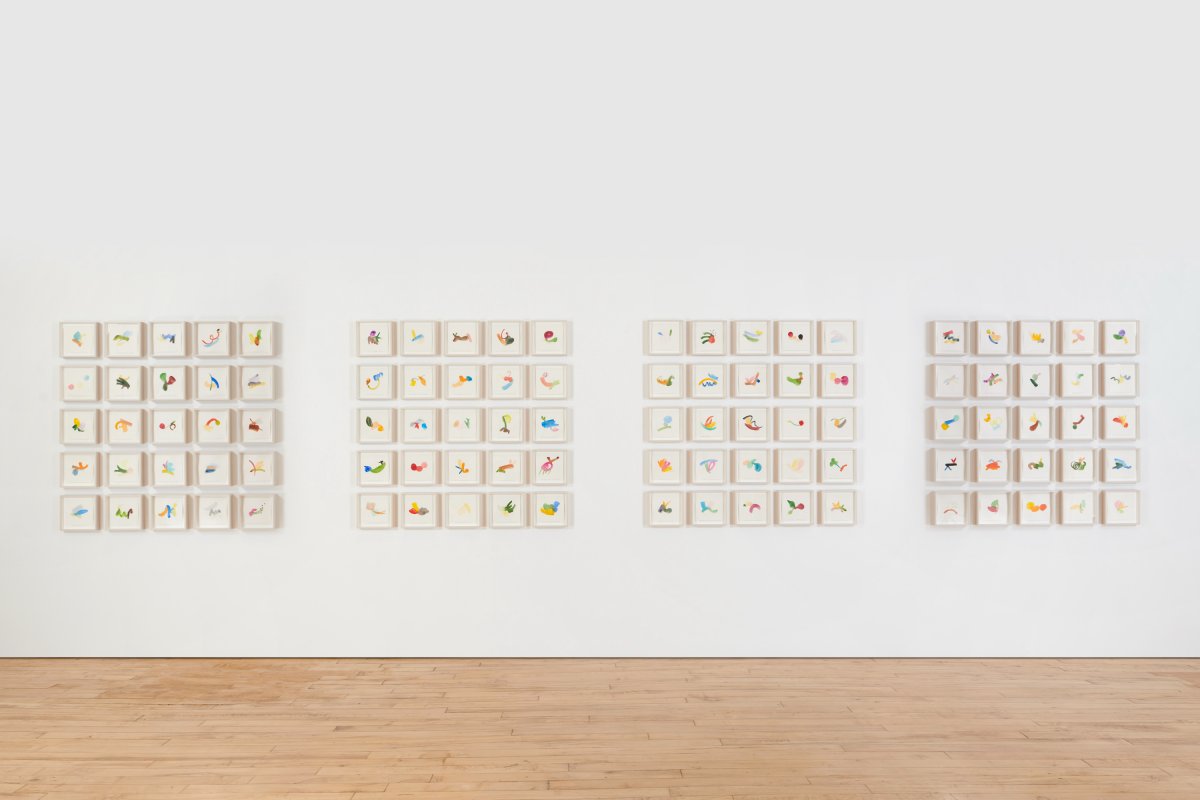 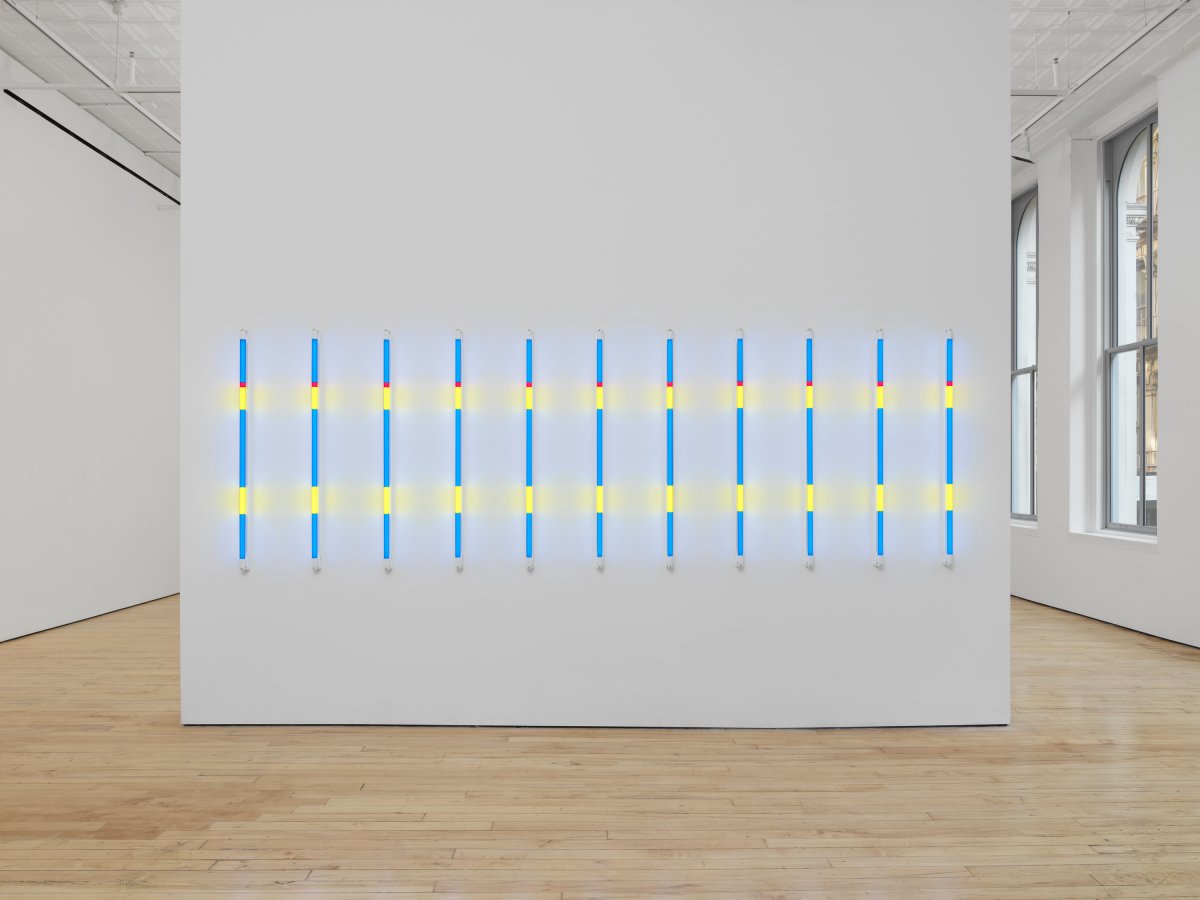 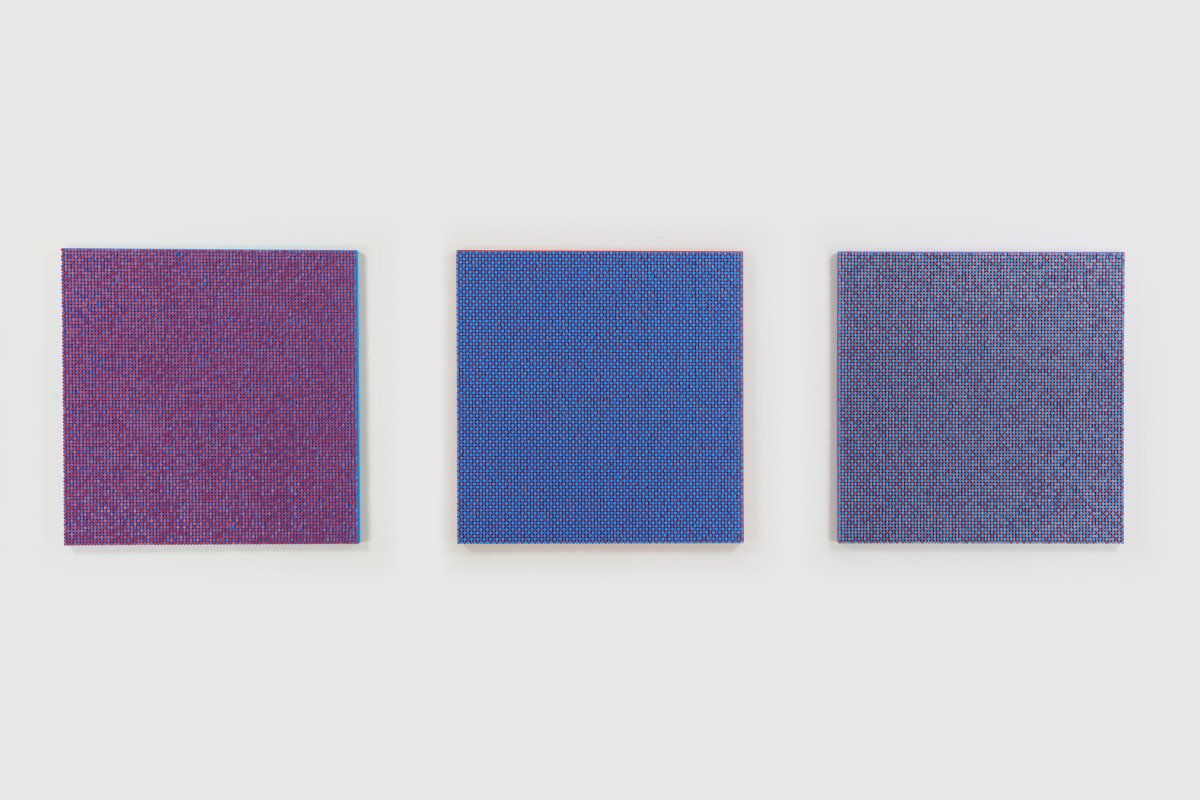 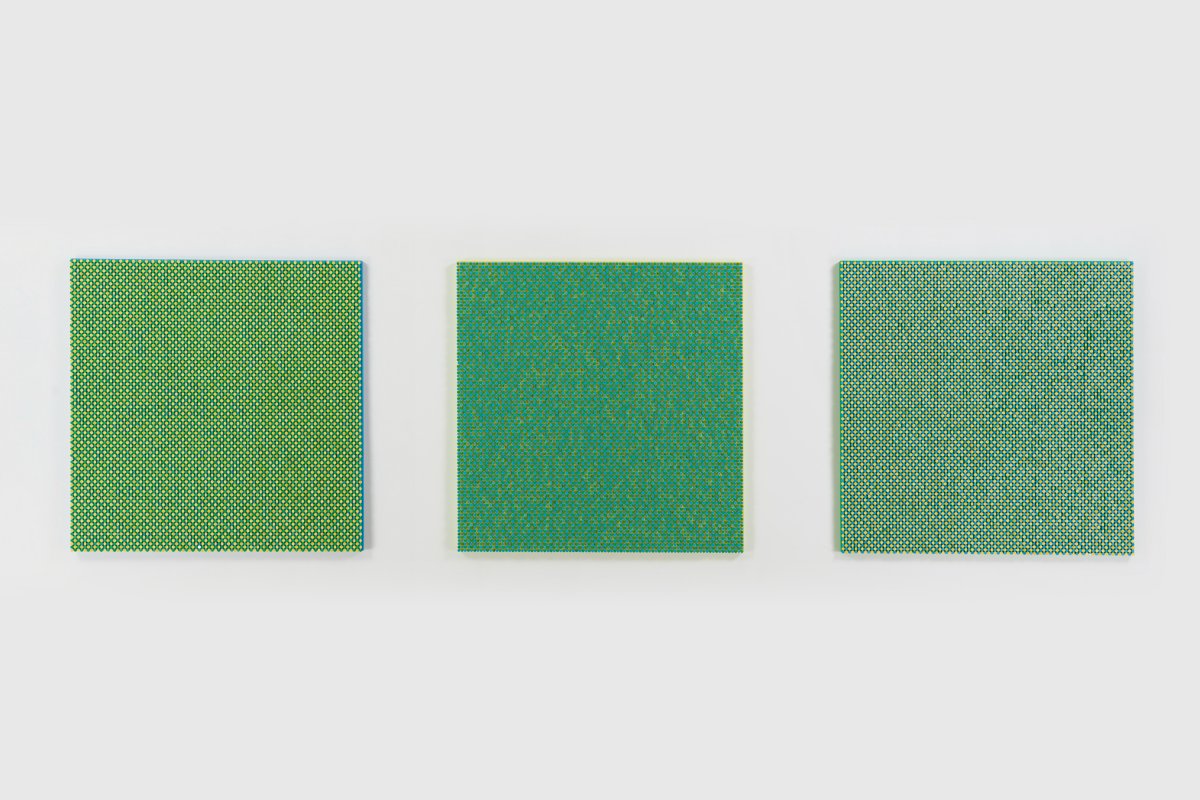 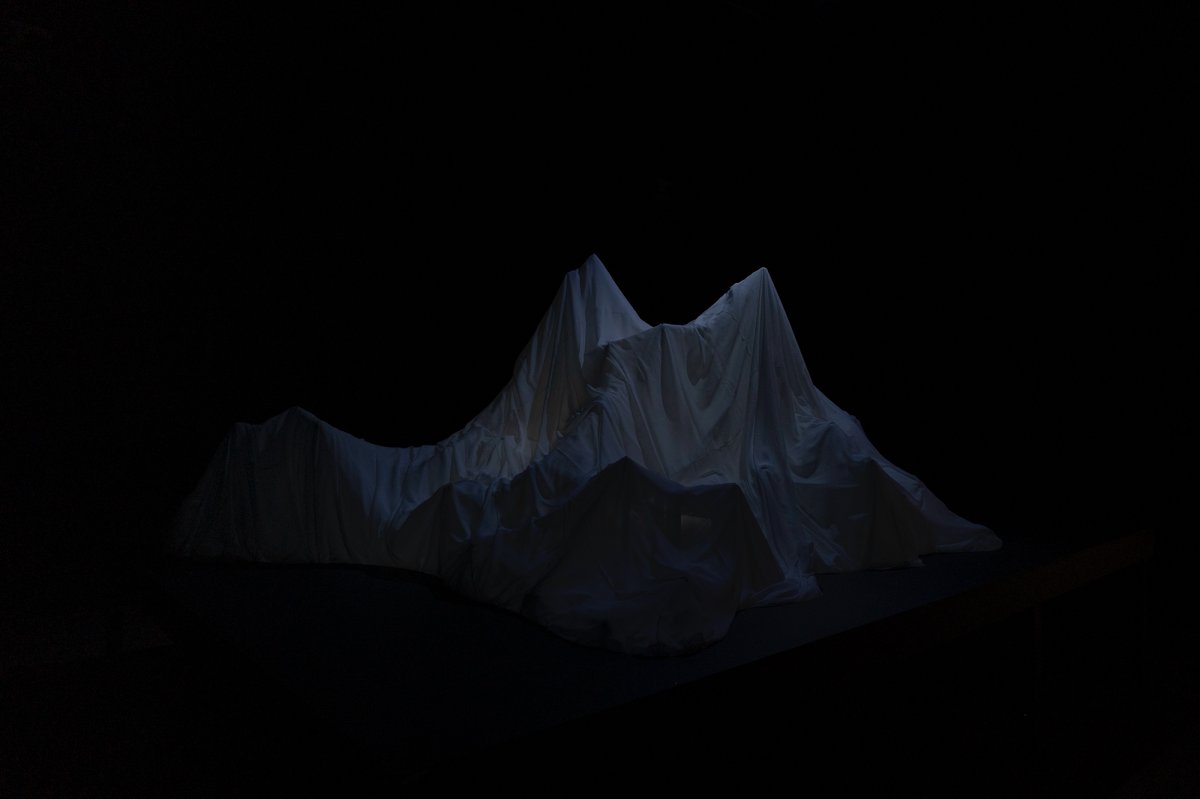 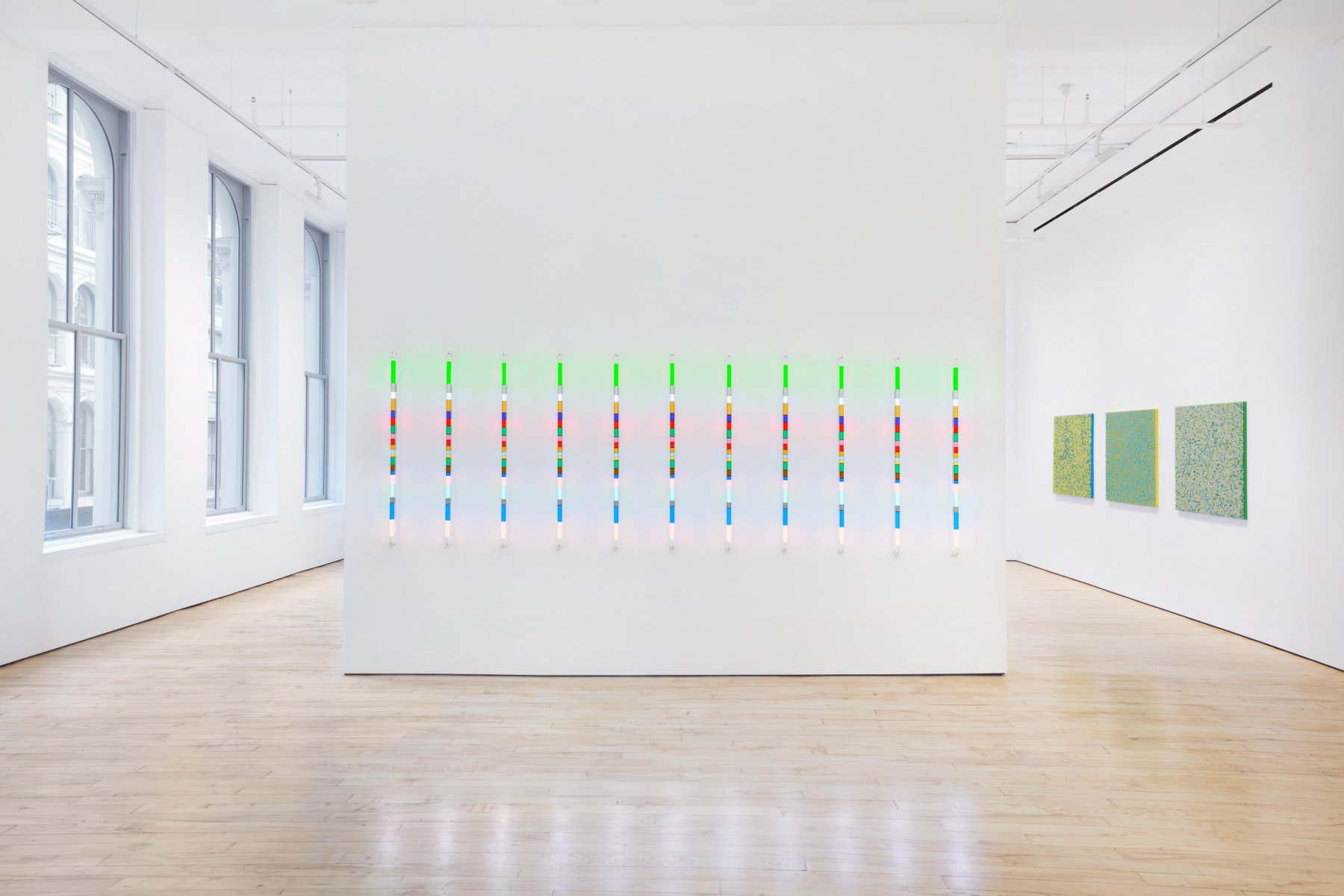 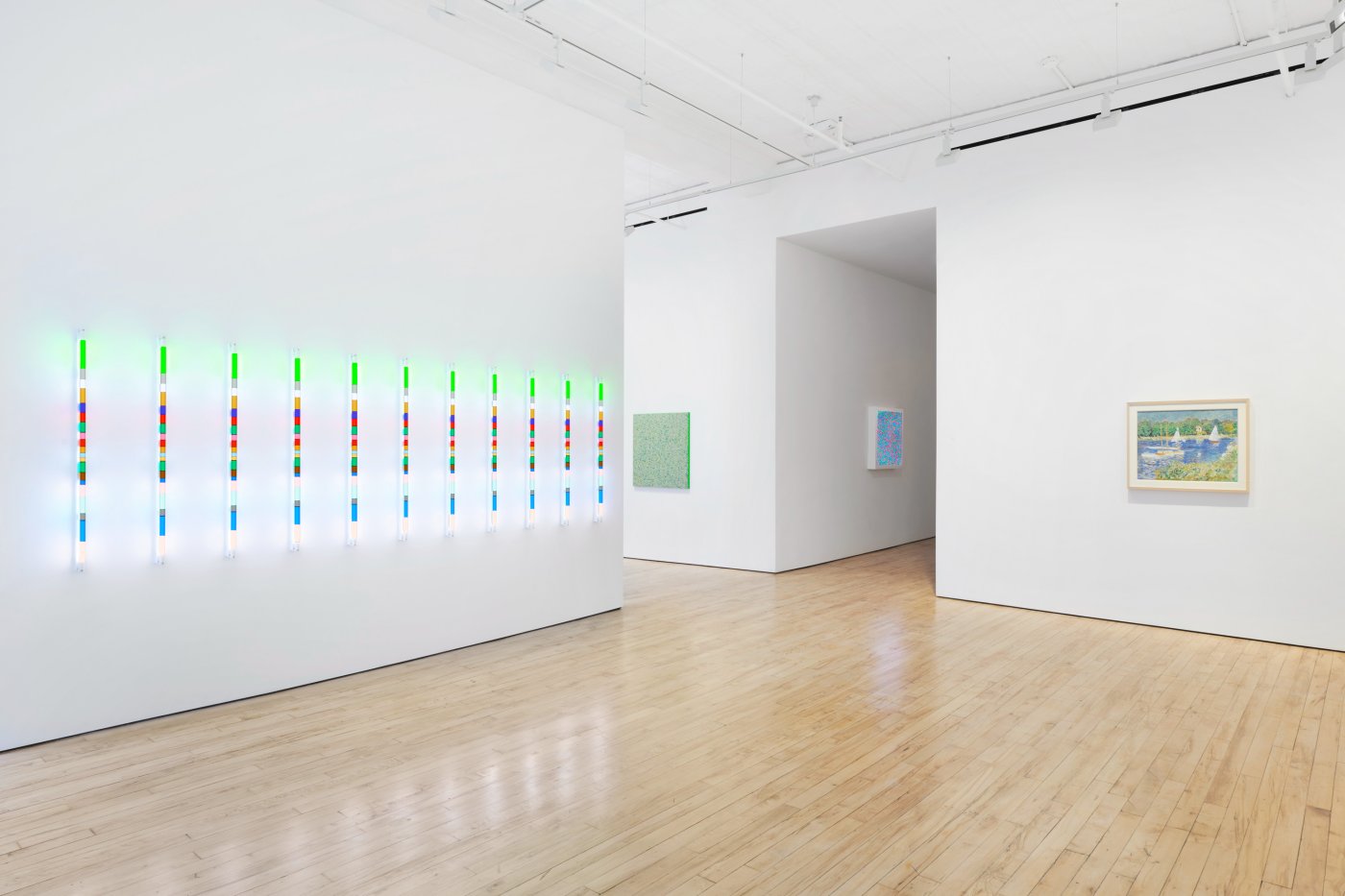 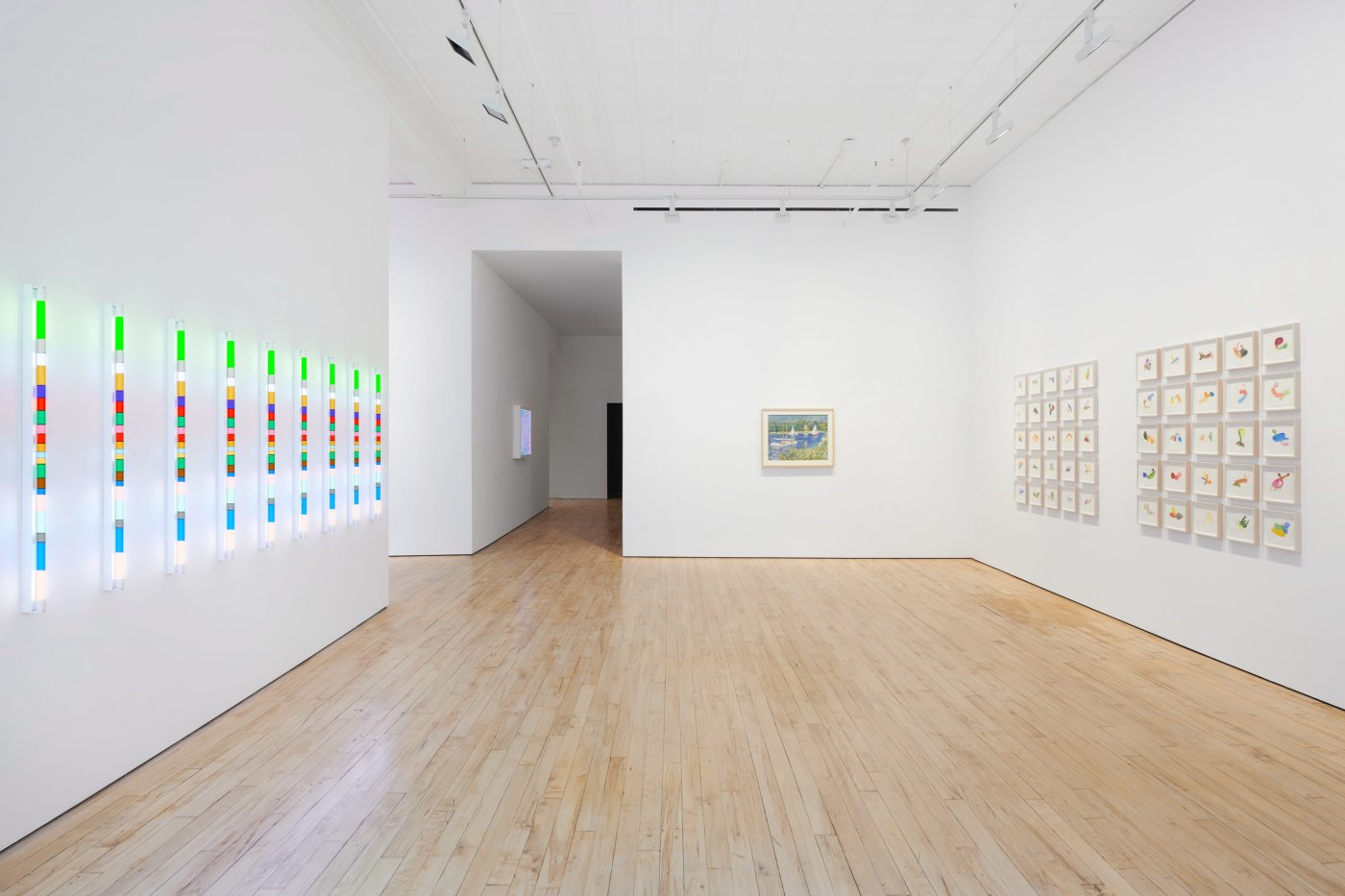 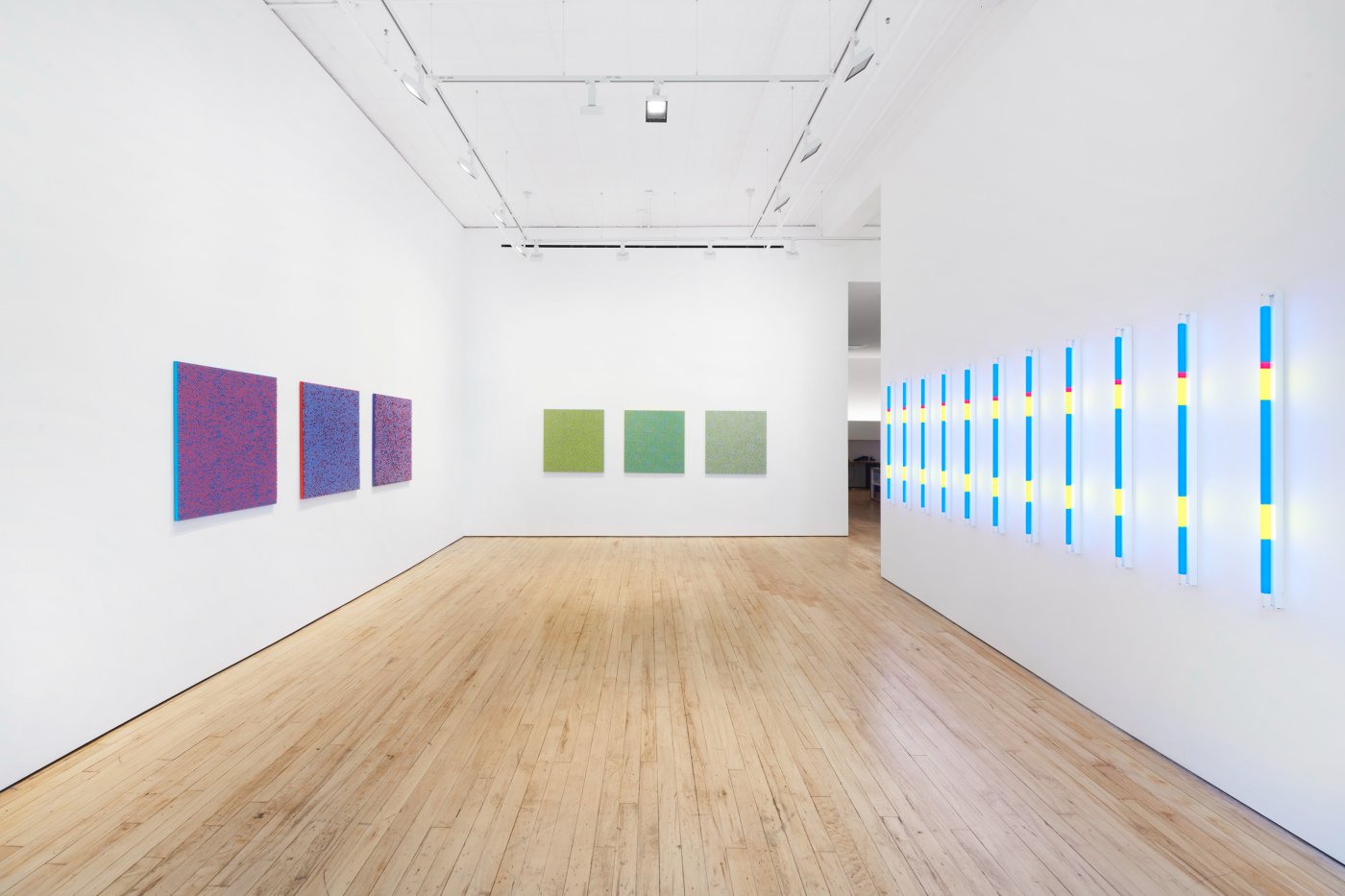 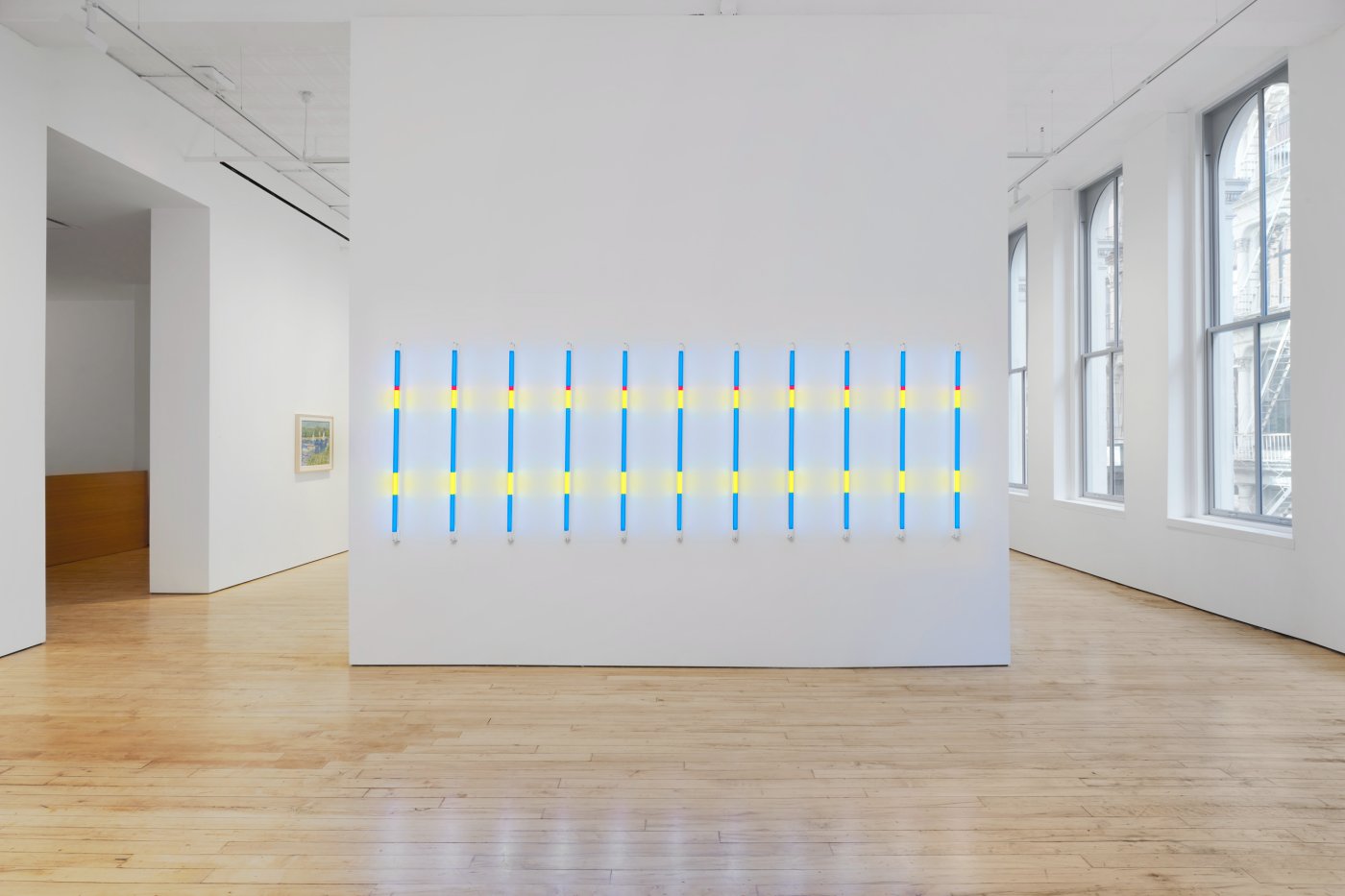 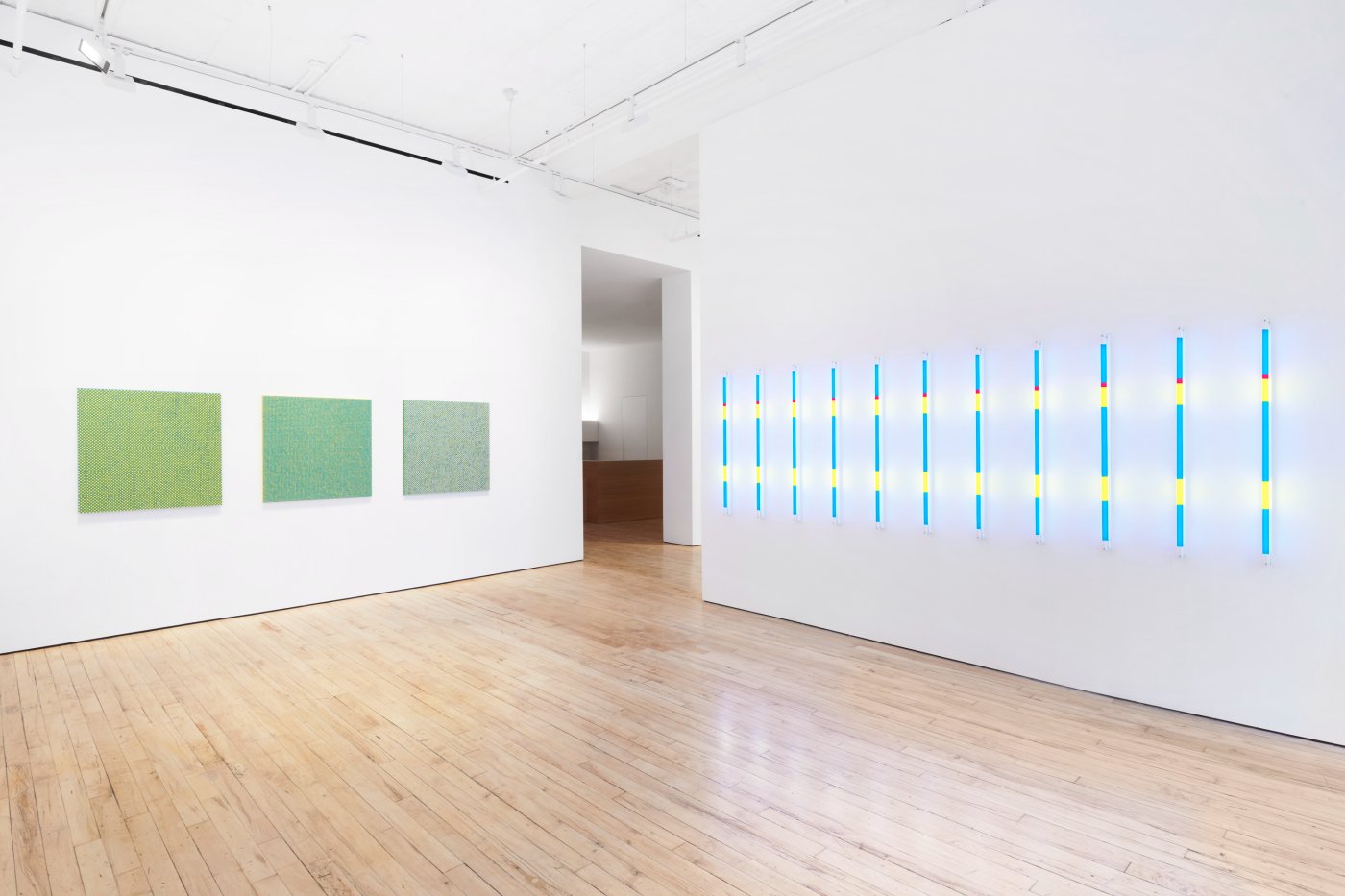 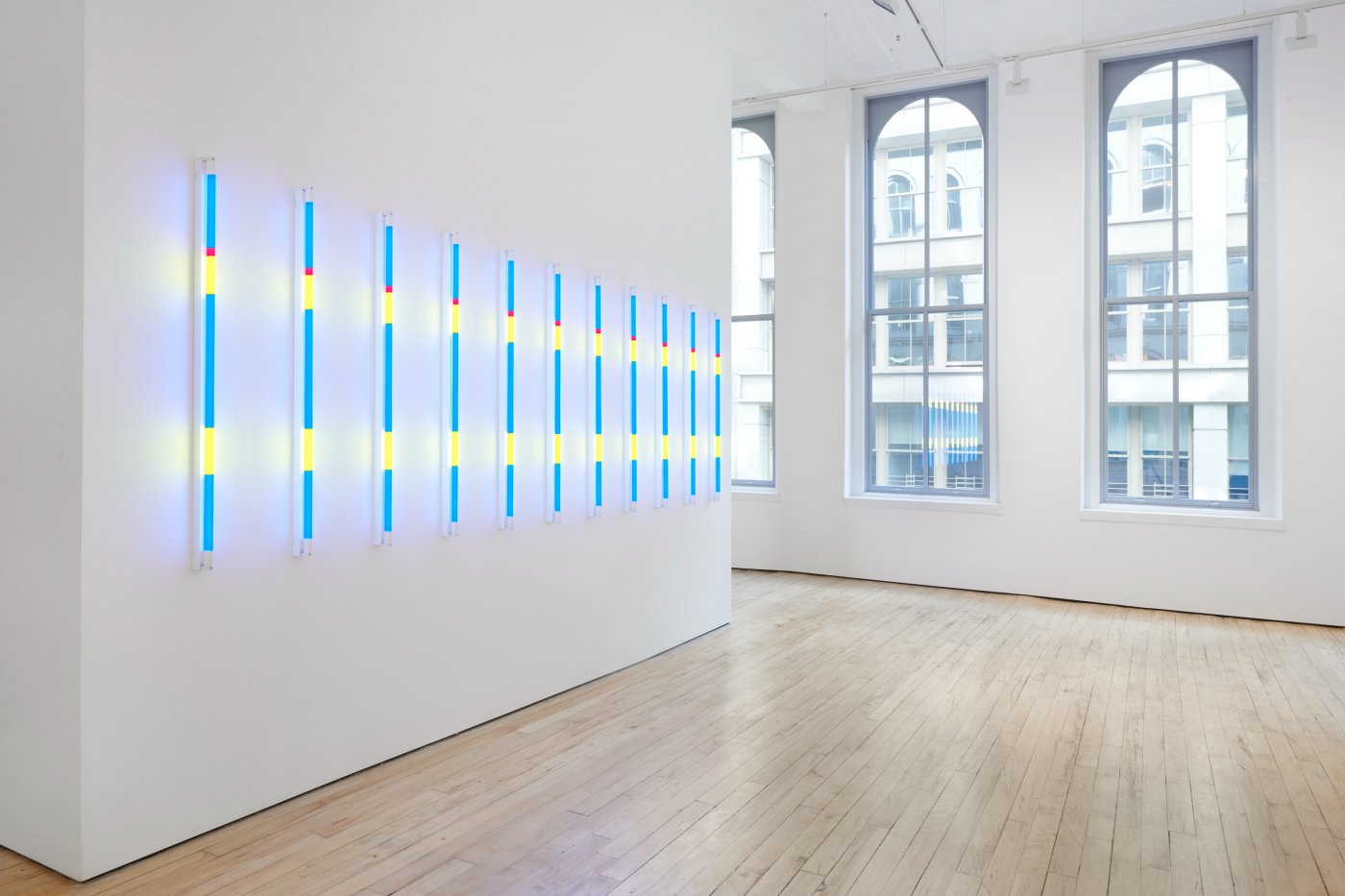 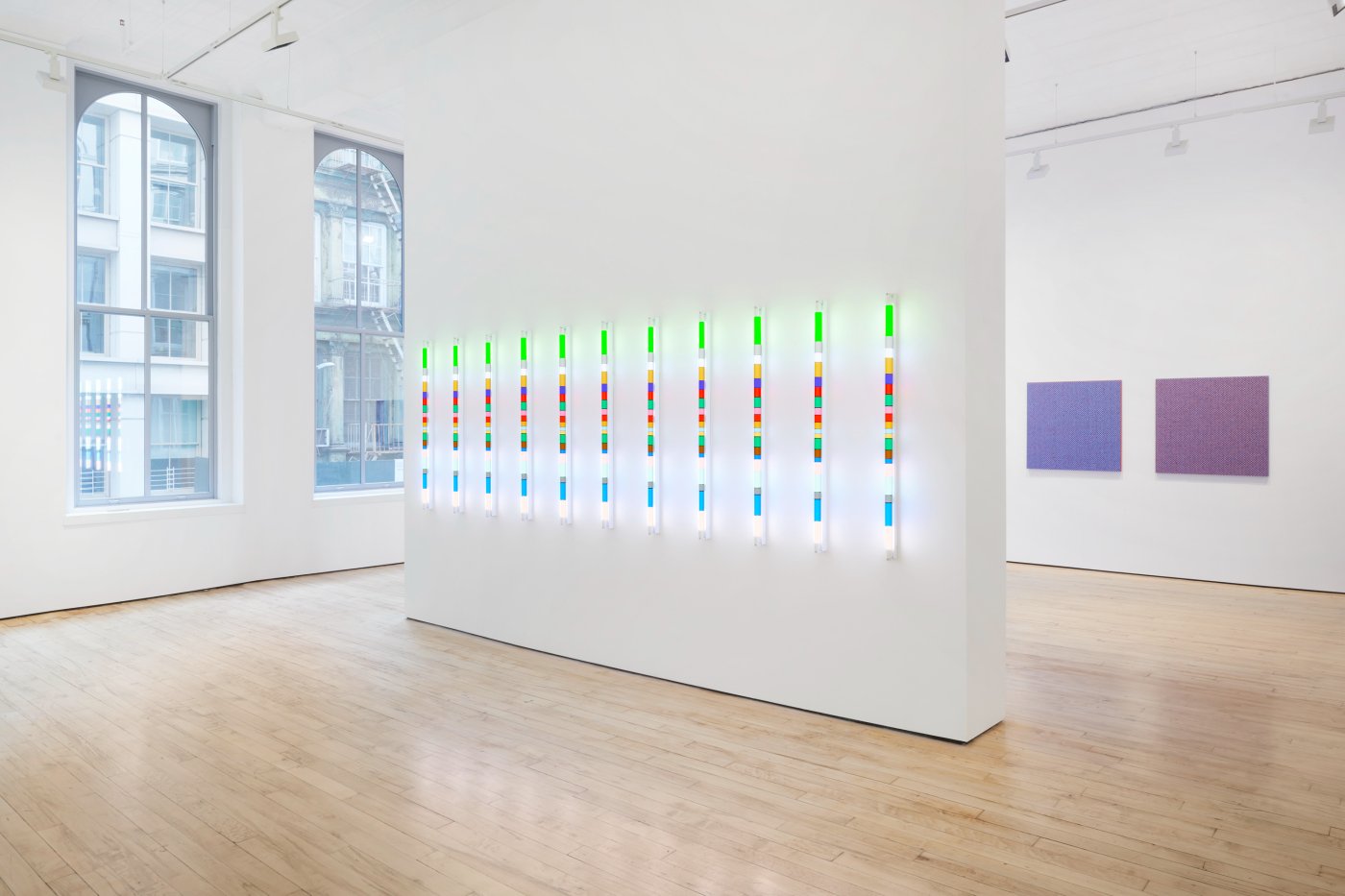 We send the wave to find the wave features new paintings, light-based work, watercolors, and major installations that deepen Finch’s investigations into light, color, and the variability of human perception. The works in the first gallery are dynamic expressions of Finch’s enduring interest in the ways in which color and light are translated into a formal vocabulary rooted in minimalism, yet harnessed to an expressive effect. The installation Bauhaus Light (Kandinsky’s Studio/ Klee’s Studio, afternoon effect), 2022, installed across two sides of a wall in the center of the gallery, brings together 22 light tubes that precisely recreate light from the Bauhaus studios of Wassily Kandinsky and Paul Klee, observed and recorded by the artist in 2015. Much like the installation here, the studios of these two artists were separated by only a thin wall. The colors used in this work were pulled directly from the signature palettes of each artist but carefully adjusted by Finch to match the exact color temperatures of his recordings. Effectively, this installation serves as a portrait of the artists’ studios.

The Optical Study paintings, a new body of work for Finch, allow the artist to play with color theory to create optical conditions that defy easy legibility. Each painting is composed of two alternating painted discs affixed to a panel of a third color. The composition of these works references Pointillism, but as three-dimensional relief sculptures, the light and shadow cast from the discs upon the substrate create additional layers of visual complexity and optical confusion. The format, with each triptych presenting three permutations of colors, draws upon the minimalist language of Sol Lewitt, yet these works are, in Finch’s words, “weirdly impressionistic.” The colors change in varying light conditions and look dramatically different depending on the viewer’s proximity to the painting.

Color Notes (Winter, Spring, Summer, Autumn) 2020-2021, explores a more personal relationship with color. Each season is presented as a suite of 25 small abstract watercolor studies of color and form, which Finch describes as “haiku-like observations of the world.” Each individual work is composed of three washy gestures, representing three objects, or natural scenes, as recorded by the artist throughout the course of the seasons. In Winter, we find such observations as “spruce / witchhazel / oak leaf,” in Spring, “fog / kayak / tarp,” in Summer, “chair / rose / leaf,” and in Fall, “sunset / sunset / sunset.” This ongoing project draws inspiration from Emily Noyes Vanderpoel’s pioneering study of color theory, Color Problems: A Practical Manual for the Lay Student of Color, originally published in 1901. The installation at James Cohan marks the first time one full year is represented as a singular artwork and is presented concurrently with the publication of a new artist book by Finch that also contains an entire year’s Color Notes.

Installed between the two exhibition spaces, RGB, 2022, is a LED lightbox whose pointillist composition is modeled after the mechanics of optical vision, a formal translation of the complex way we see color. An arrangement of red, blue, and green dots–the only colors that human eyes are sensitive to–mix to generate white light. As Finch notes about this work, “we are seeing how we see.”

In the second gallery, the monumental installation North Atlantic Ocean (April 14, 1912, 11:40 pm), 2022, explores the space between sight and perception, creating a moment of dramatic departure from the mood established in the first room of the exhibition. This ephemeral sculpture reconstructs the iceberg that sank the Titanic from four distinct eyewitness accounts, including drawings and photographs. As far as we know, no one actually saw the iceberg when it made contact with the boat, so all documentation of this notorious form was created after the fact. Finch constructs the crags and peaks of the looming iceberg from simple materials, creating depth, mass, and shadow through drapes and folds of tulle and chiffon. Finch’s interest in this historical moment of humanity’s tragic encounter with nature is rooted in his desire to find ways to describe the unknowable and the unseen. Finch has previously created historically based works that plumb the dissonances of collective remembrance–from the 1994 suite of watercolors Trying to Remember the Color of Jackie Kennedy’s Pillbox Hat to his 2014 commission for the 9/11 Memorial Museum, Trying to Remember the Color of the Sky on That September Morning. Like these earlier projects, North Atlantic Ocean (April 14, 1912, 11:40 pm) is fundamentally about the interplay between objective and subjective ways of seeing, and the interpretive possibilities that derive from memory.

As Finch remarks, “Sometimes I am just trying to see clearly, even though I know that is impossible. Other times, I am trying to not see clearly, hoping it gives insight into that very impossibility. This second type of seeing, which requires a separation of perception from cognition, embraces the weird and wonderful empirical richness of the world.”

Finch will have a concurrent major solo exhibition at Hill Art Foundation, Lux and Lumen: Spencer Finch, opening to the public on September 16, 2022.