Spencer Finch: Only the hand that erases writes the true thing

Spencer Finch: Only the hand that erases writes the true thing

For his latest exhibition at Lisson Gallery, the New York based artist Spencer Finch presents all new works, investigating light, colour and human perception. Made primarily during the winter of 2021, the works on view reflect the subtle beauty and mystery of elements of nature such as snow, light, clouds and fog. Using varied materials such as scotch tape, fabric, silver leaf and soft pastel, this exhibition utilises Finch’s quintessential creativity and ethereal materials to capture and distill ephemeral moments and sensory experiences. 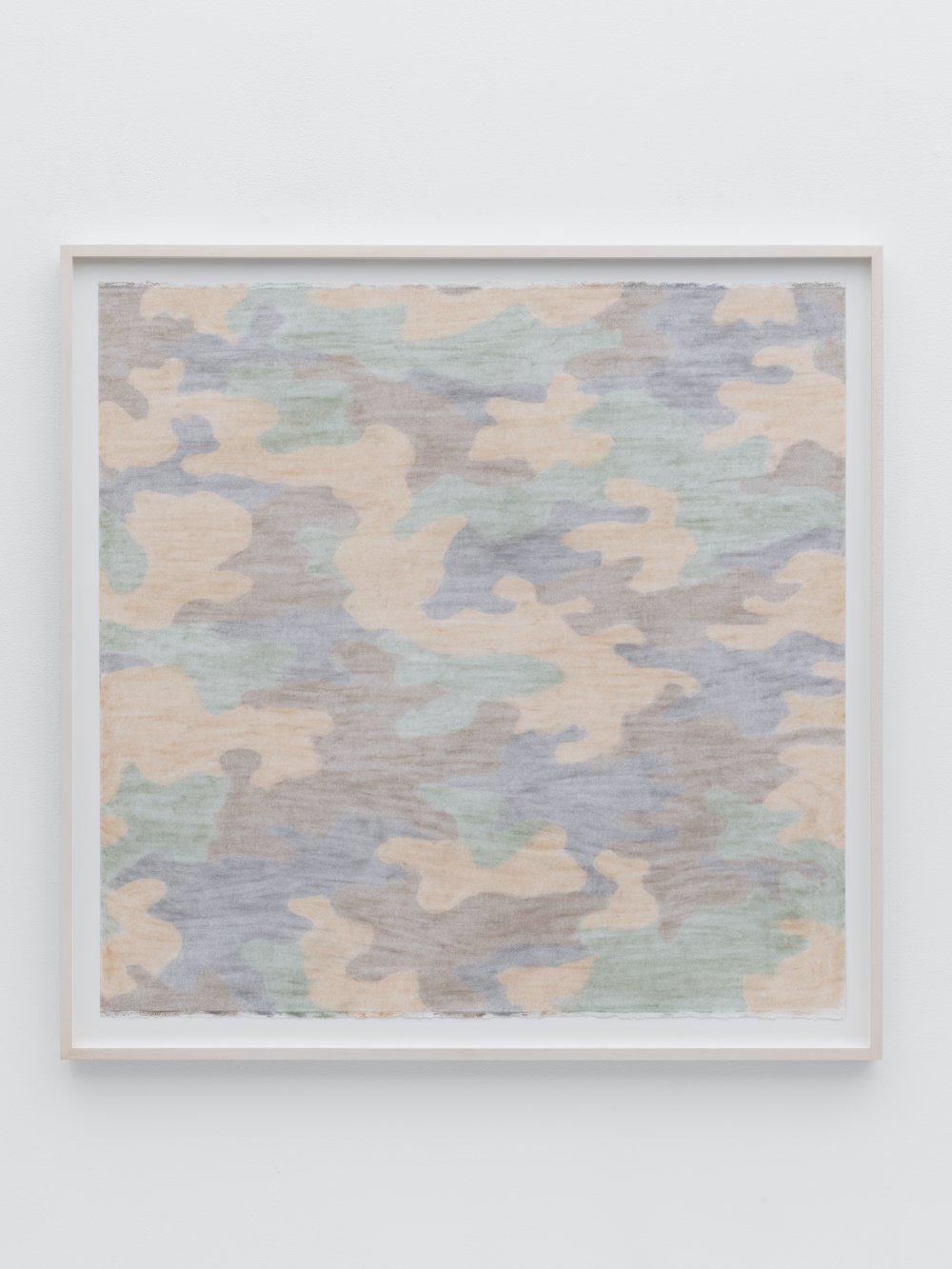 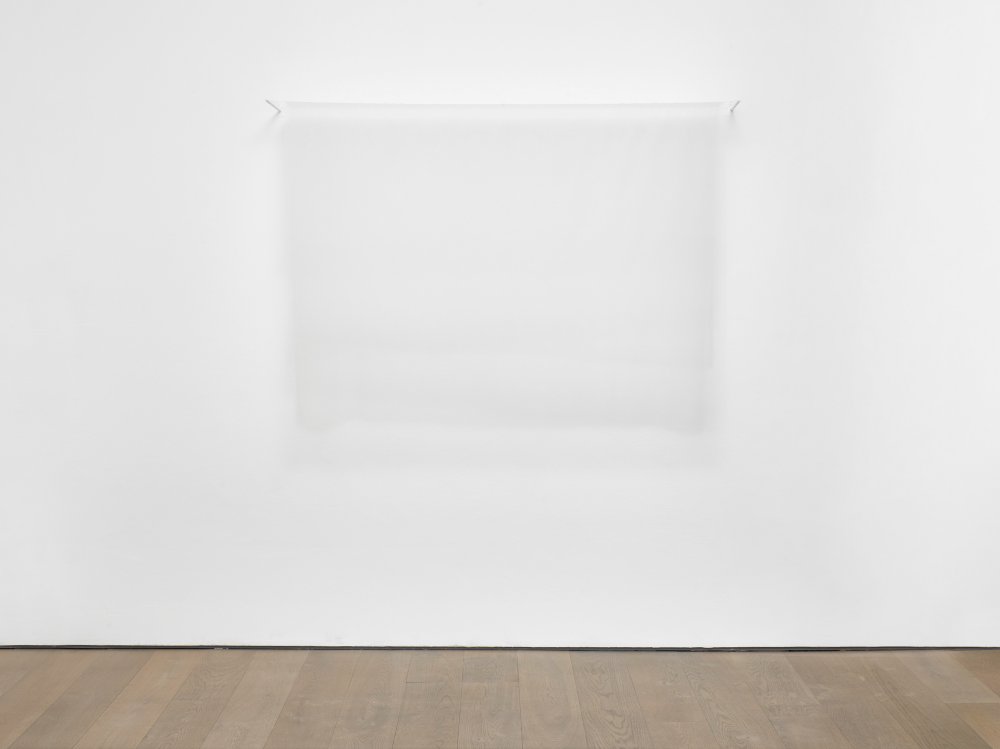 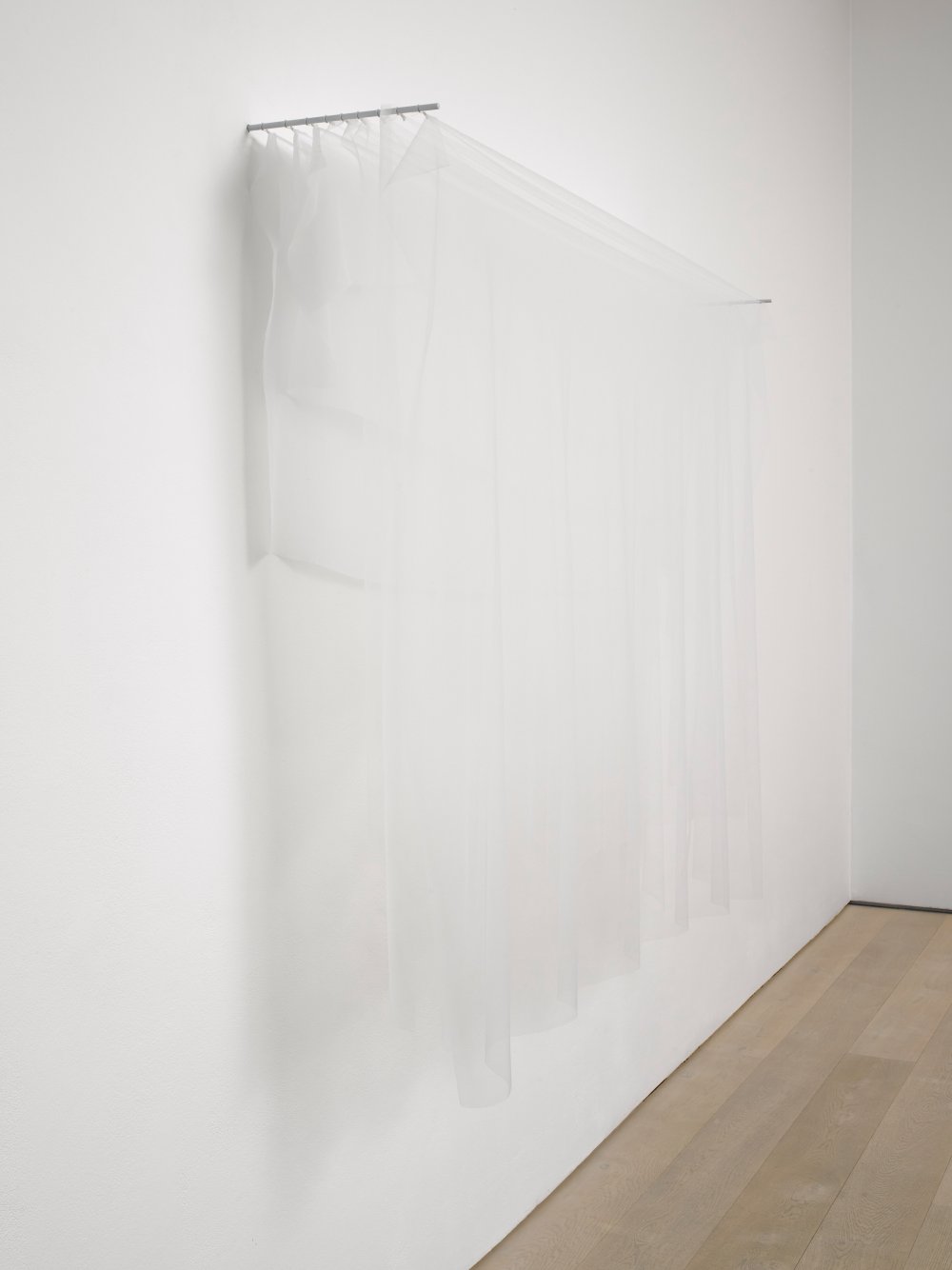 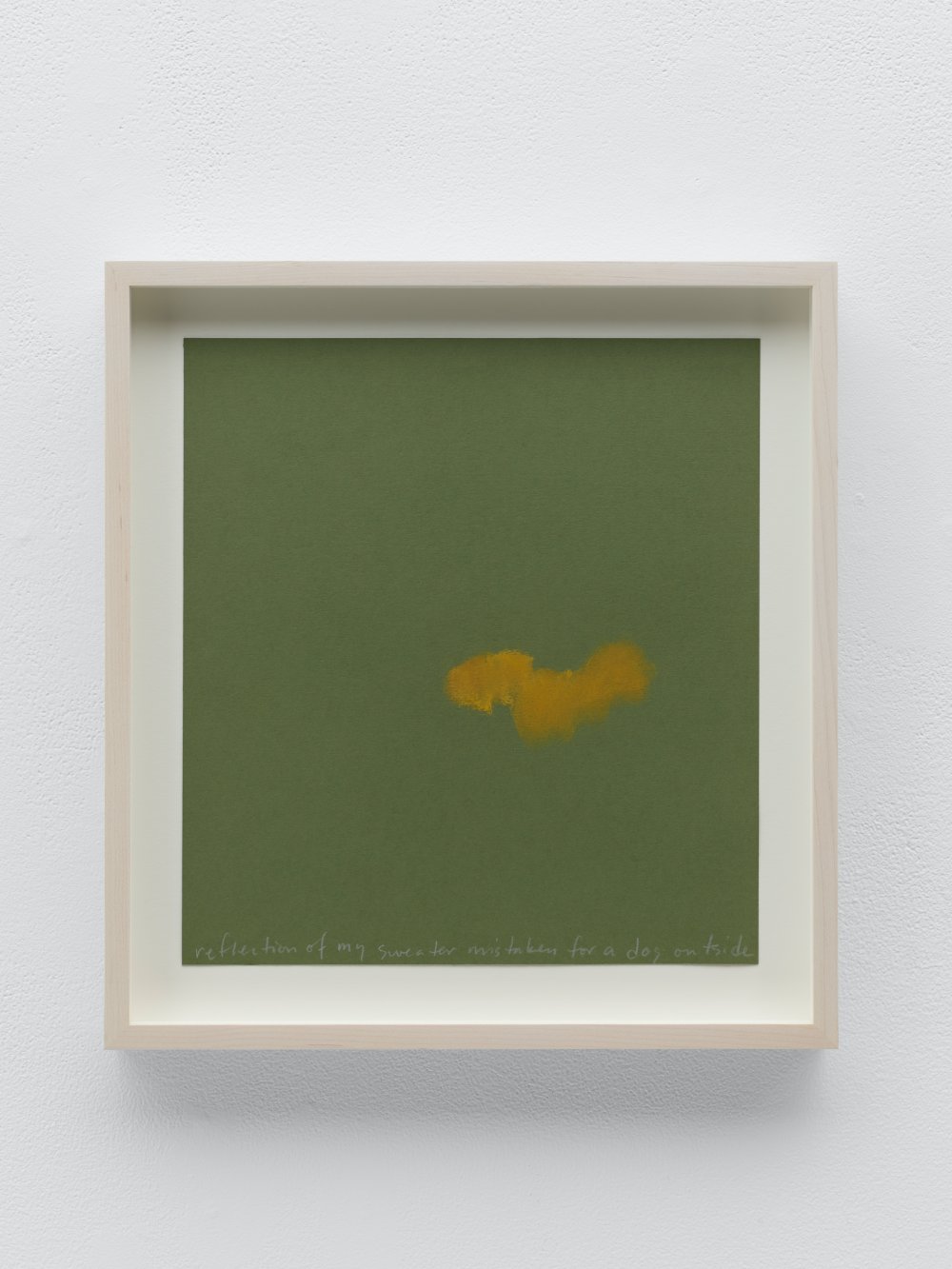 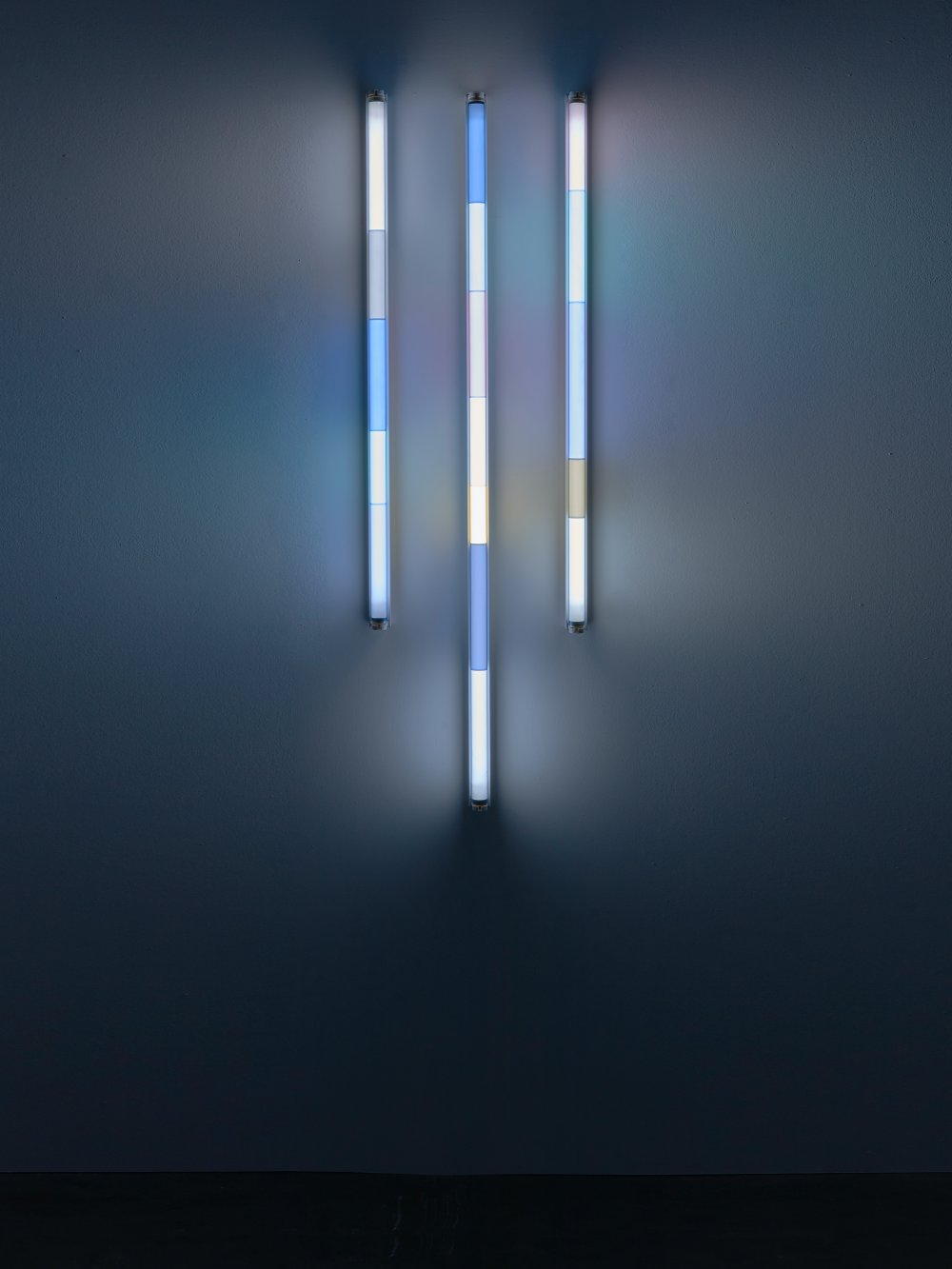 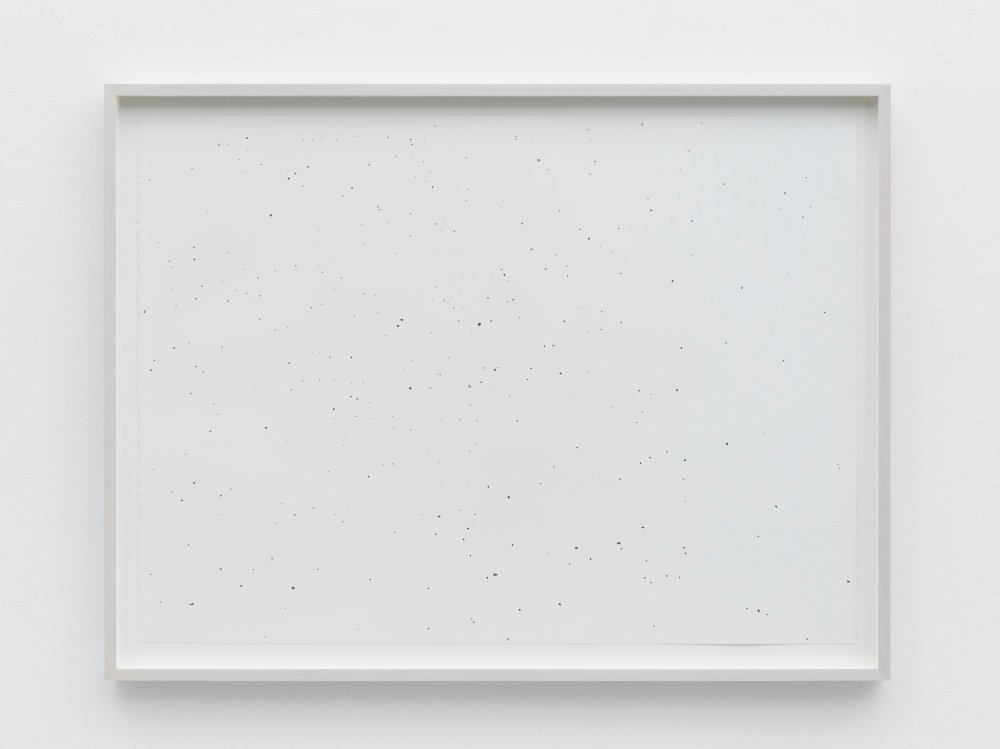 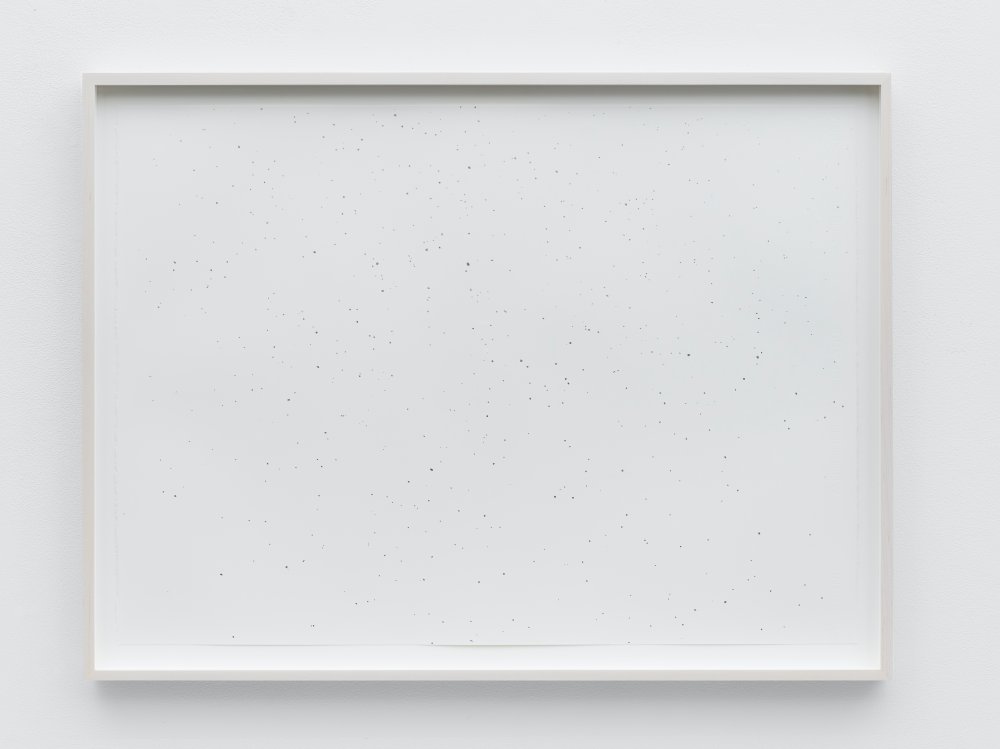 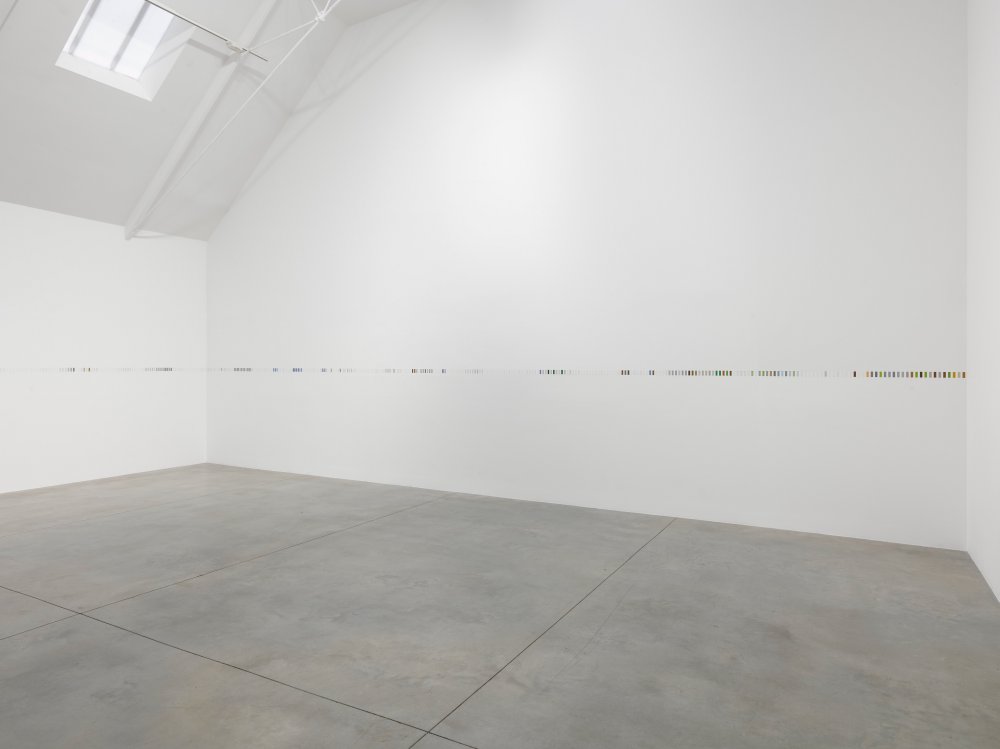 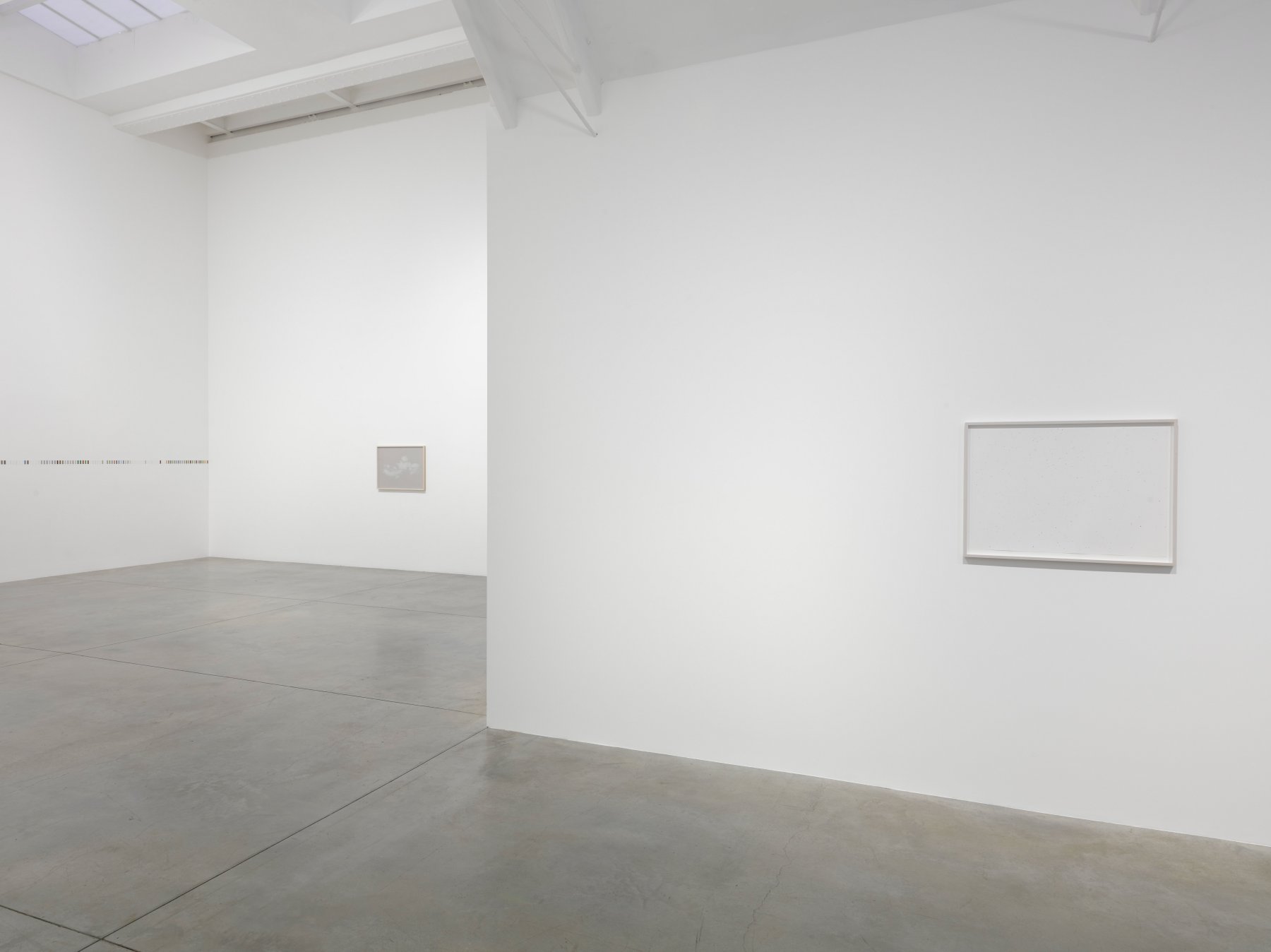 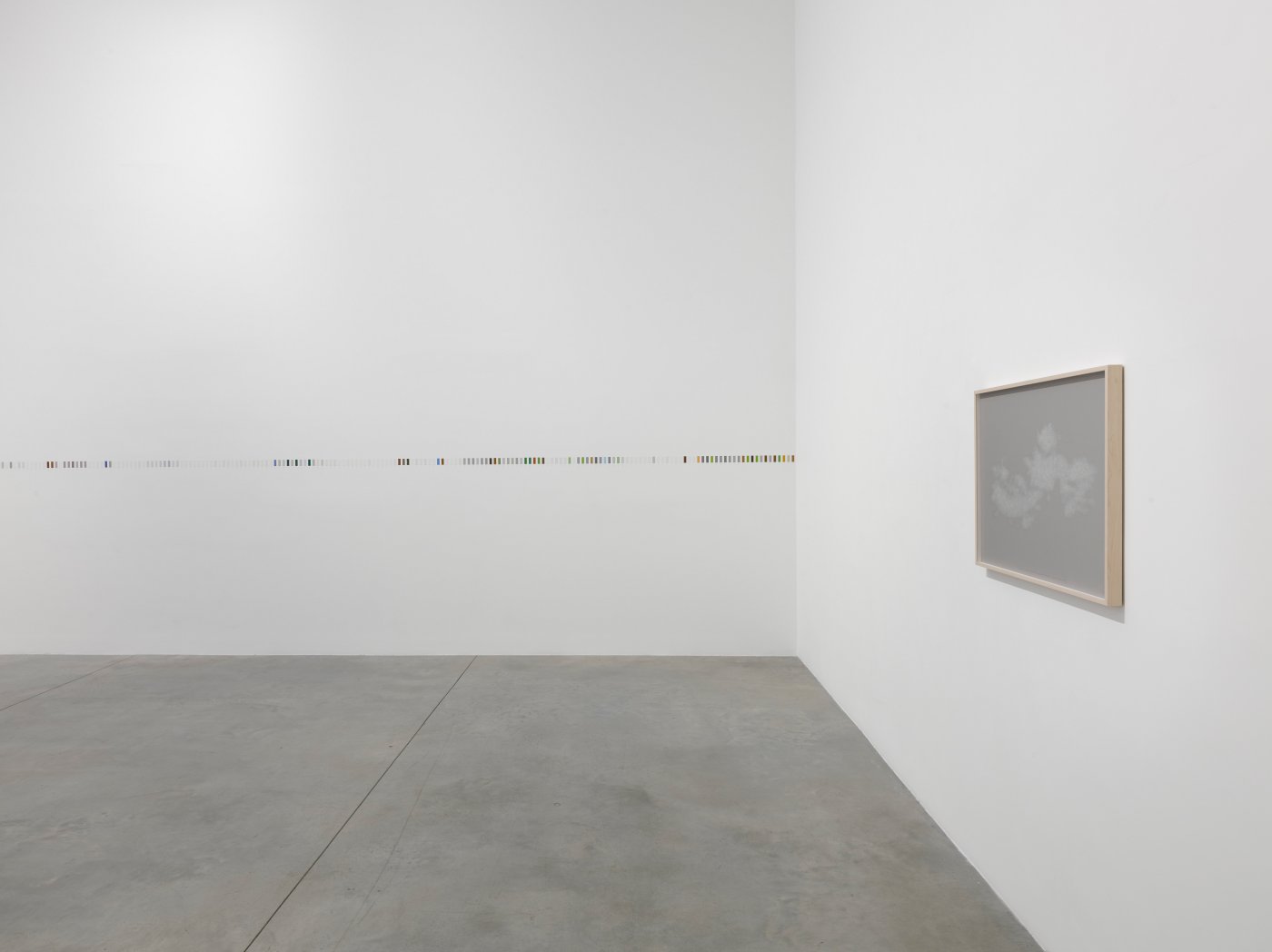 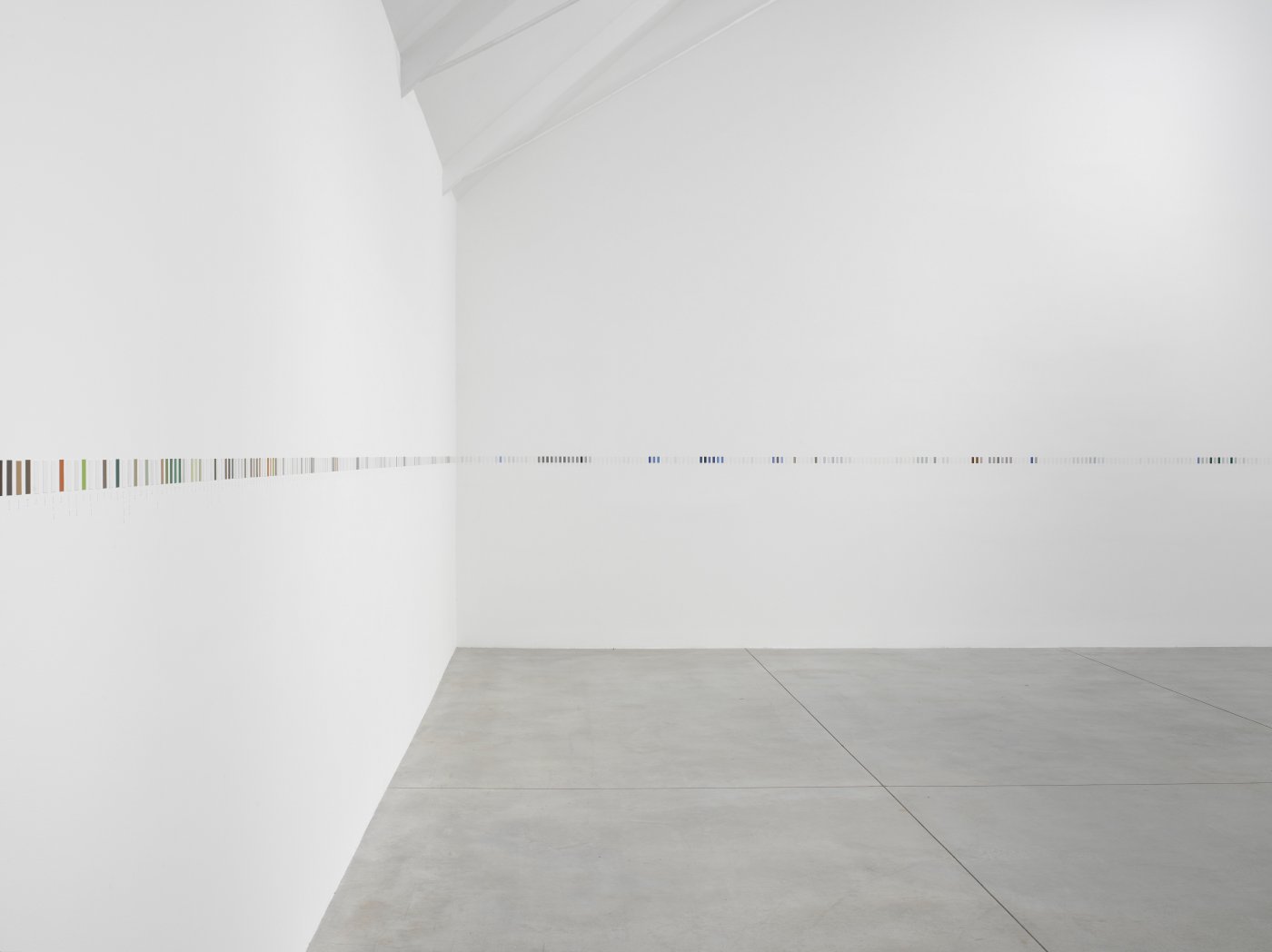 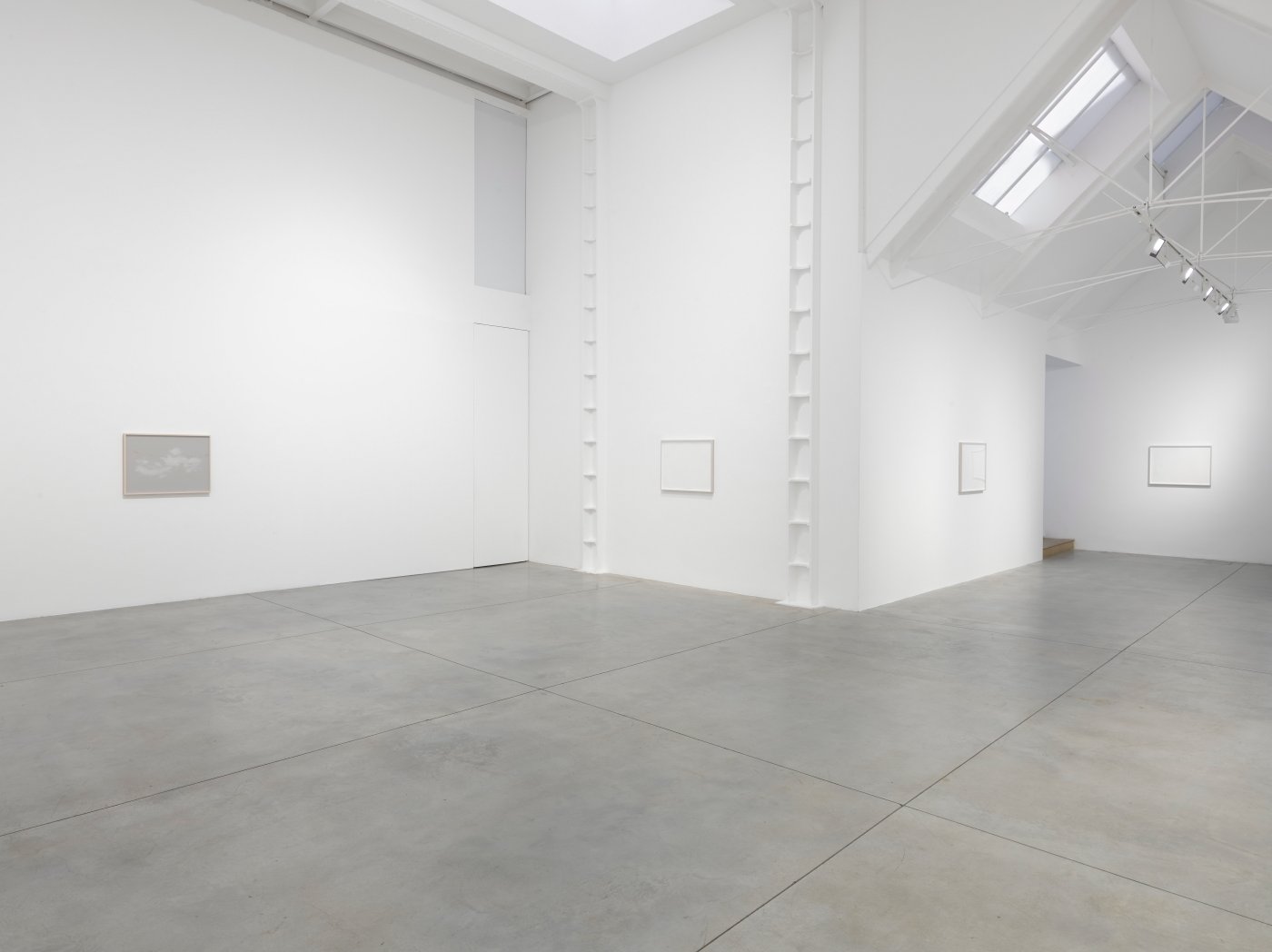 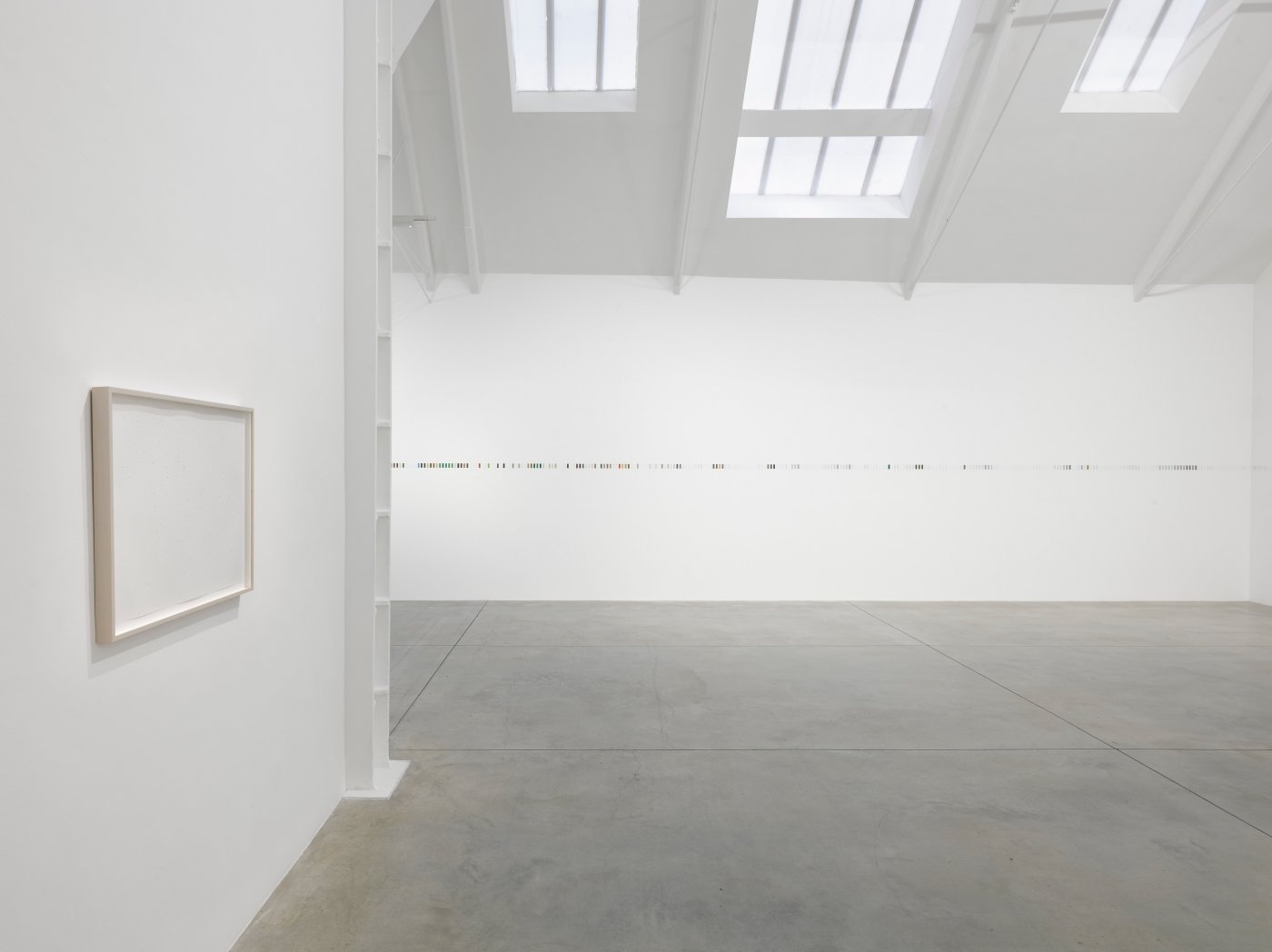 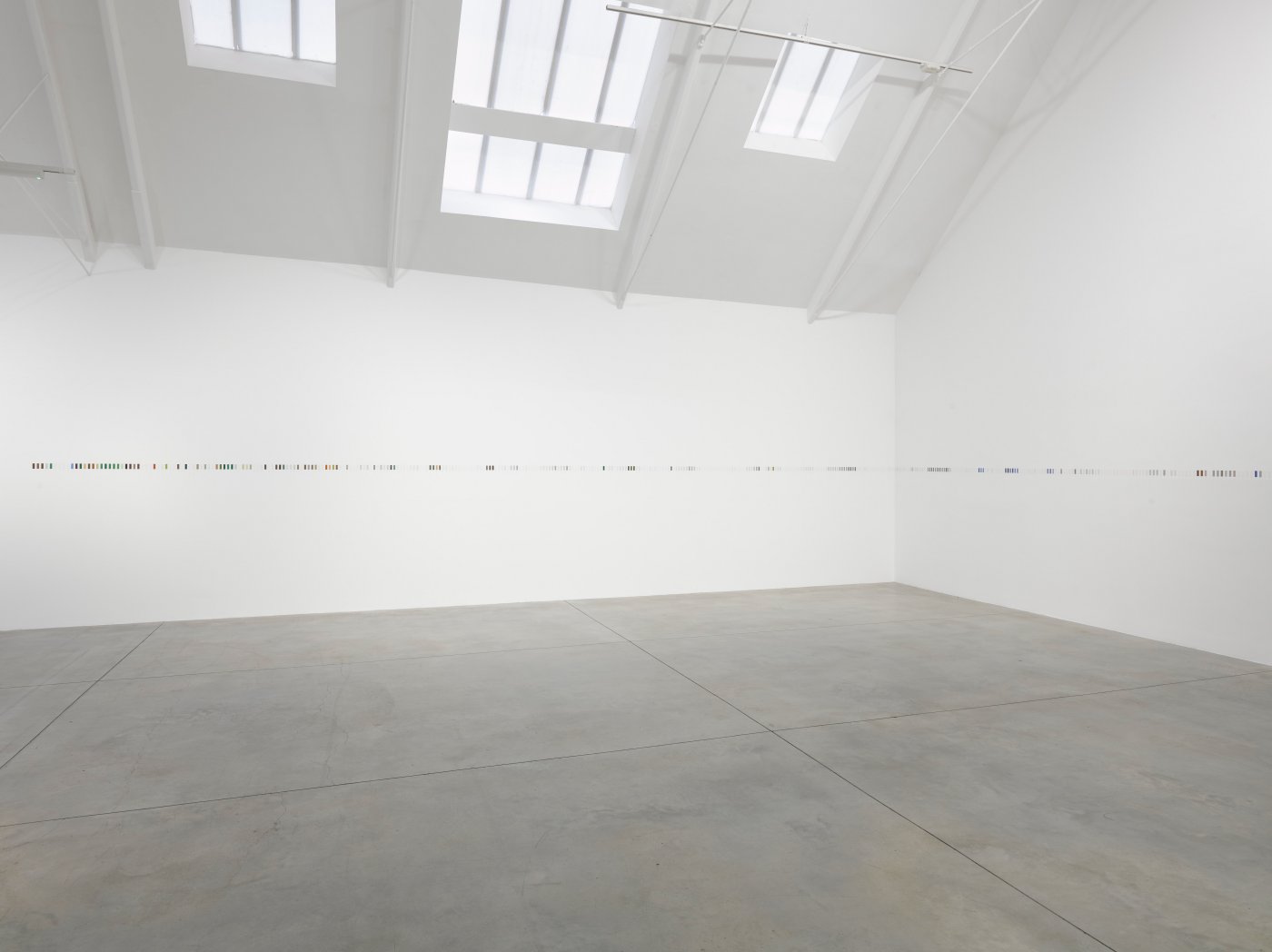 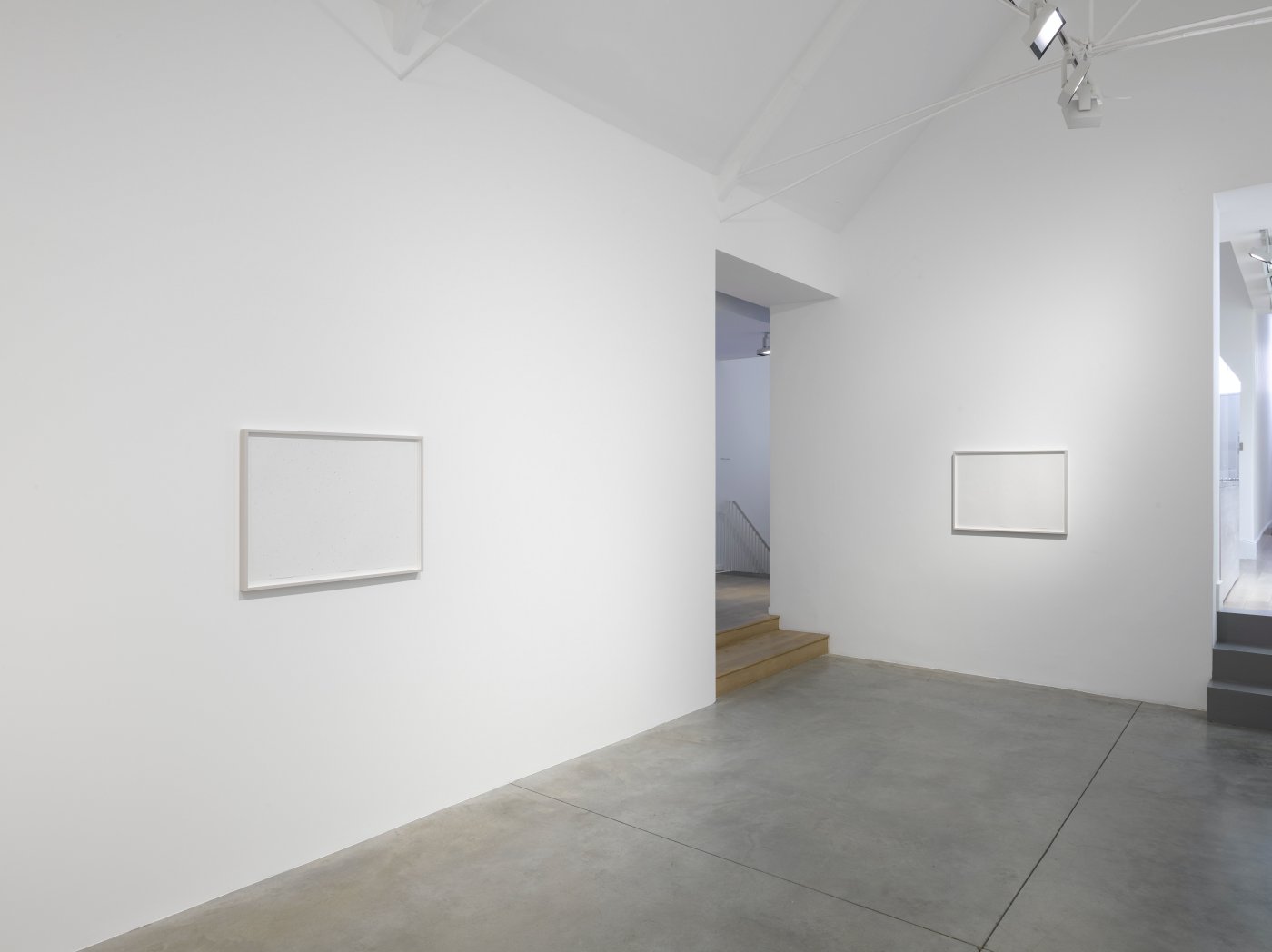 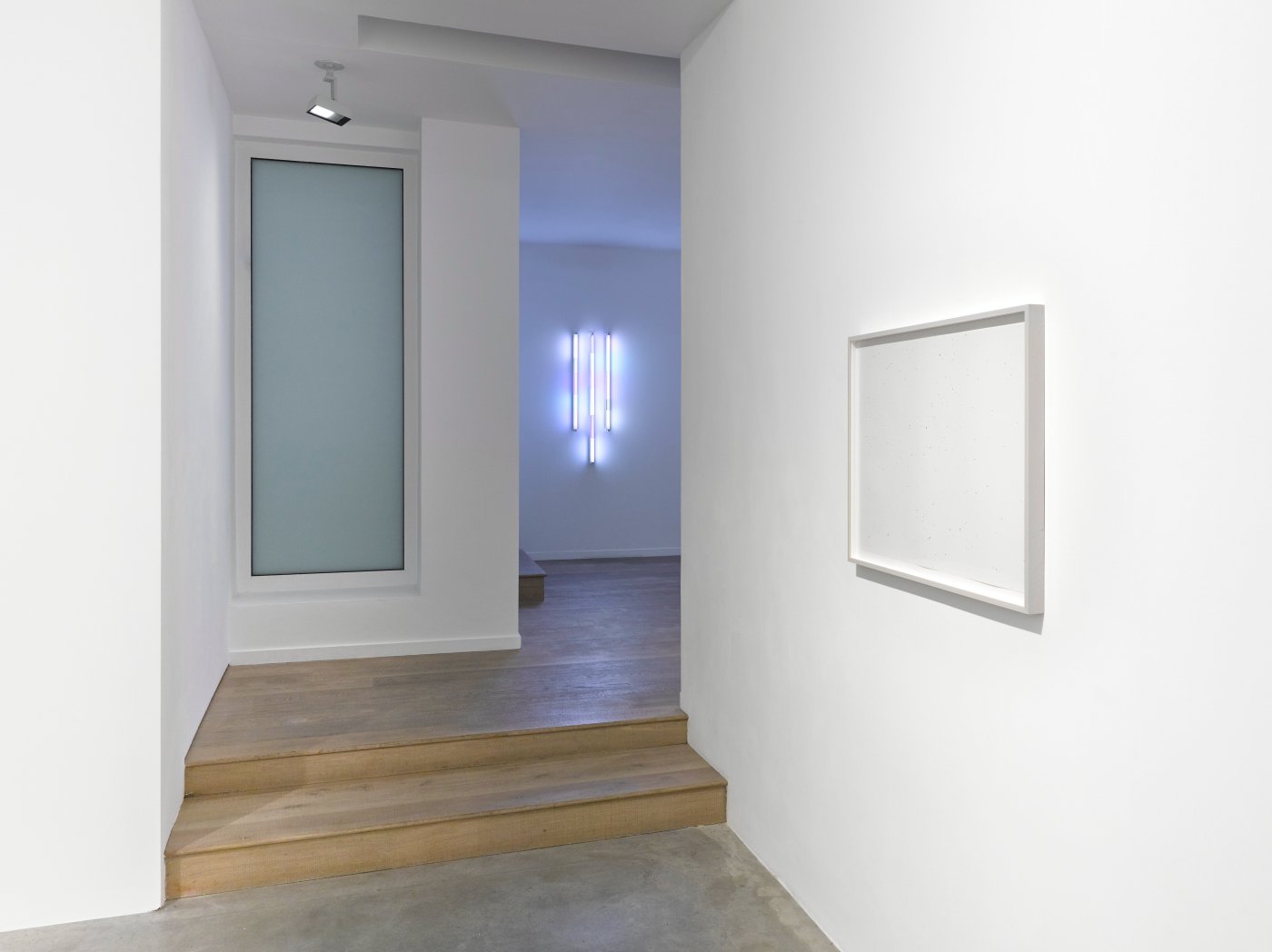 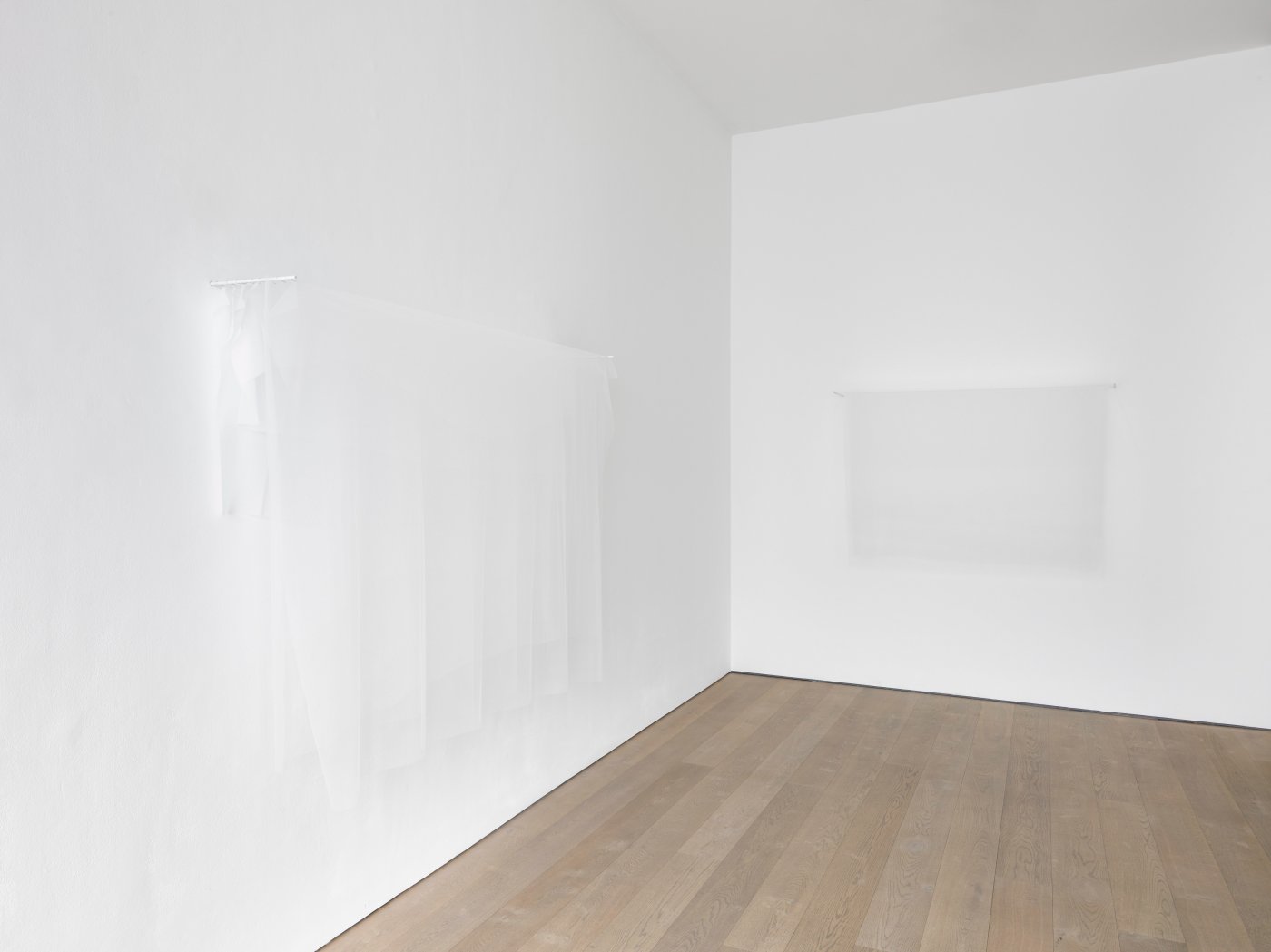 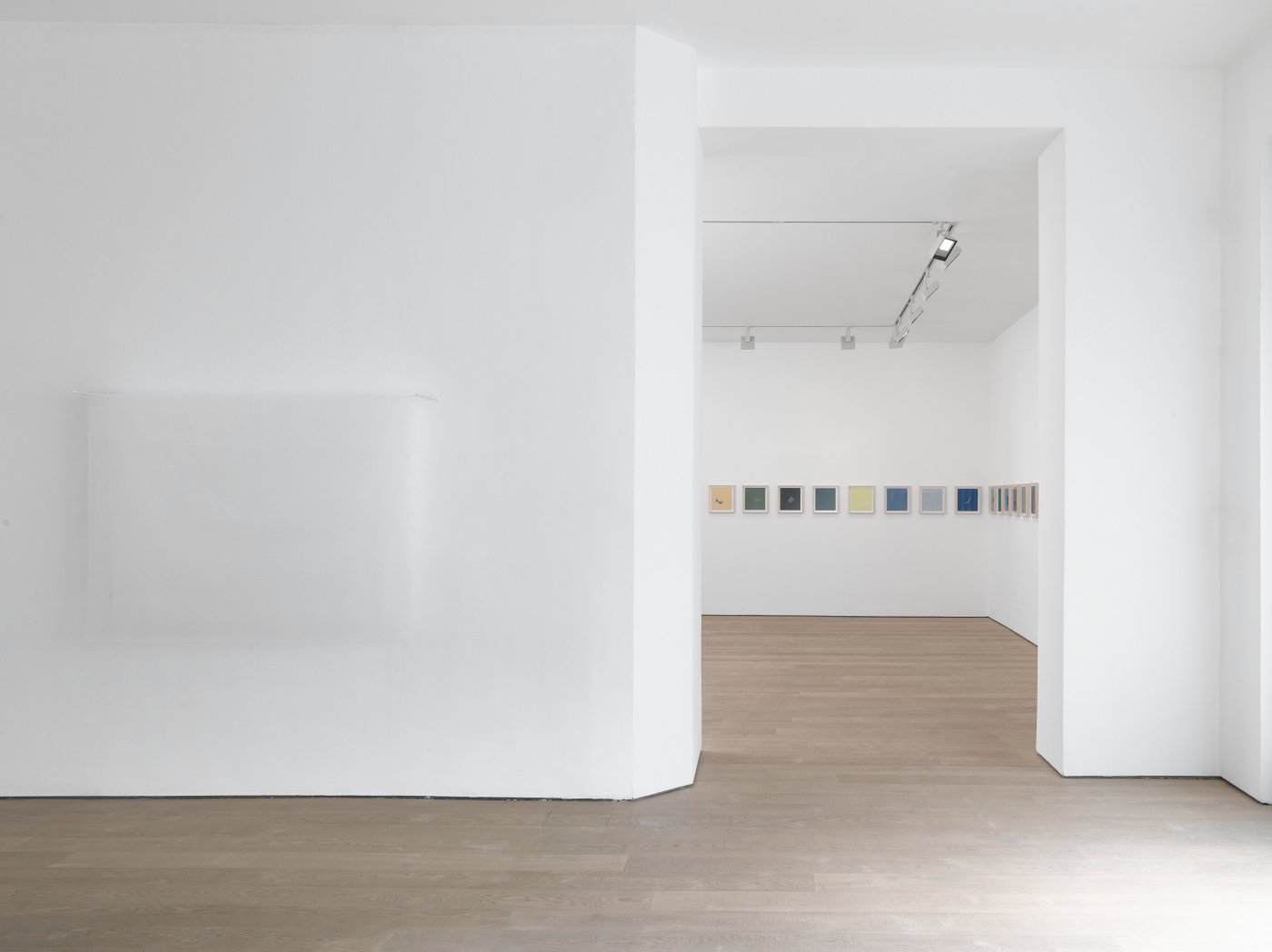 The exhibition begins with an installation spanning the entire length of the gallery wall at 27 Bell Street. In the work, Finch traces the colour of the snow he encountered on a winter hike. Finch’s art often explores subjectivity and perception, investigating the intersection of what we see and what we know. Past works have included documentation of a duration of encounters ‘sampled’ from his environment using the commercial colour-matching system Pantone. In Crawford Path up Mt. Pierce, New Hampshire (after a spring snowstorm) (2021), Finch undertook a conceptual exercise where he matched the precise measurements of colour encountered on a journey up Mount Pierce in New Hampshire, to swatches of household paint colours from the American company Benjamin Moore. The resulting work is extraordinary for its slight variations caused by the changing light on the snowy mountains and surrounding landscape, its subtlety a nod to the simplicity and restraint of Minimalism.

Three new Usuyuki works made from an array of white fabrics create a fog-like effect on the gallery walls. Named for the Japanese word for ‘light snow’, these wall-based sculptures unveil depth through abstracted layers, which like the passing fog, can both reveal and disguise. To create these sculptures, Finch worked with Japanese fabric specialist and solicited local New York fashion shops to accumulate the correct weights of tulle and chiffon, which he then assiduously applied in varying configurations until he achieved the ineffable quality of fog. Much like Jasper Johns’s Usuyuki prints, which chronicled the artist’s own fascination with the Japanese term, Finch uses these works to portray the poetic impermanence of the natural world.

Also on view is a 25-panel pastel work titled Mistakes (2021). Challenging perception and testing the limits of objectivity, the images each denote an instance where in a moment’s glance, Finch confused one item for another — “sliver of sunlight on chair mistaken for spilled liquid”, “drooping mask mistaken for a neck tattoo”, and so on. By capturing these fleeting memories and recording their mistaken identities, he probes the temporal, yet remarkably ubiquitous experiences all humans encounter.

Other works on view include a group of silver leaf works on paper depicting fresh snow; a winter haiku fluorescent light work which portrays the shadow of a spruce tree on a snowy ground; a scotch-tape cloud, wherein the translucent adhesive strips are applied to paper in cumulous forms; and a new camouflage work, created by first drawing the traditional browns, greens and tans of the disguised print on paper and carefully erasing all colour by hand to form a minimal abstraction, referencing Robert Rauschenberg’s famous erasure of a drawing by Willem de Kooning.

Finch is widely known for his large-scale public projects, the most recent of which is on view in London. A Cloud Index is a cloudscape that has been printed onto the 120-metre long canopy of the new Elizabeth line station, making it one of the largest, permanent art works ever created in the city. For the installation, he created 60 hand-drawn original pastels that combine to create a unique collage of clouds, that when printed onto the transparent glass canopy overhead appear to change according to the light, weather and time of day. While the entire Crossrail project is not complete, visitors can currently see Finch’s artwork throughout the station.