Spaces of Light. Piero Dorazio and the International ZERO Movement

Spaces of Light. Piero Dorazio and the International ZERO Movement

Via Morigi 8, 20123 Spaces of Light. Piero Dorazio and the International ZERO Movement


Curated by Francesca Pola
In collaboration with the Piero Dorazio Archive

Cortesi Gallery Milano presents an exhibition and a book devoted to the relations between Piero Dorazio (1927, Rome – 2005, Perugia), a master of Post-War Italian abstract art, and the international ZERO movement. 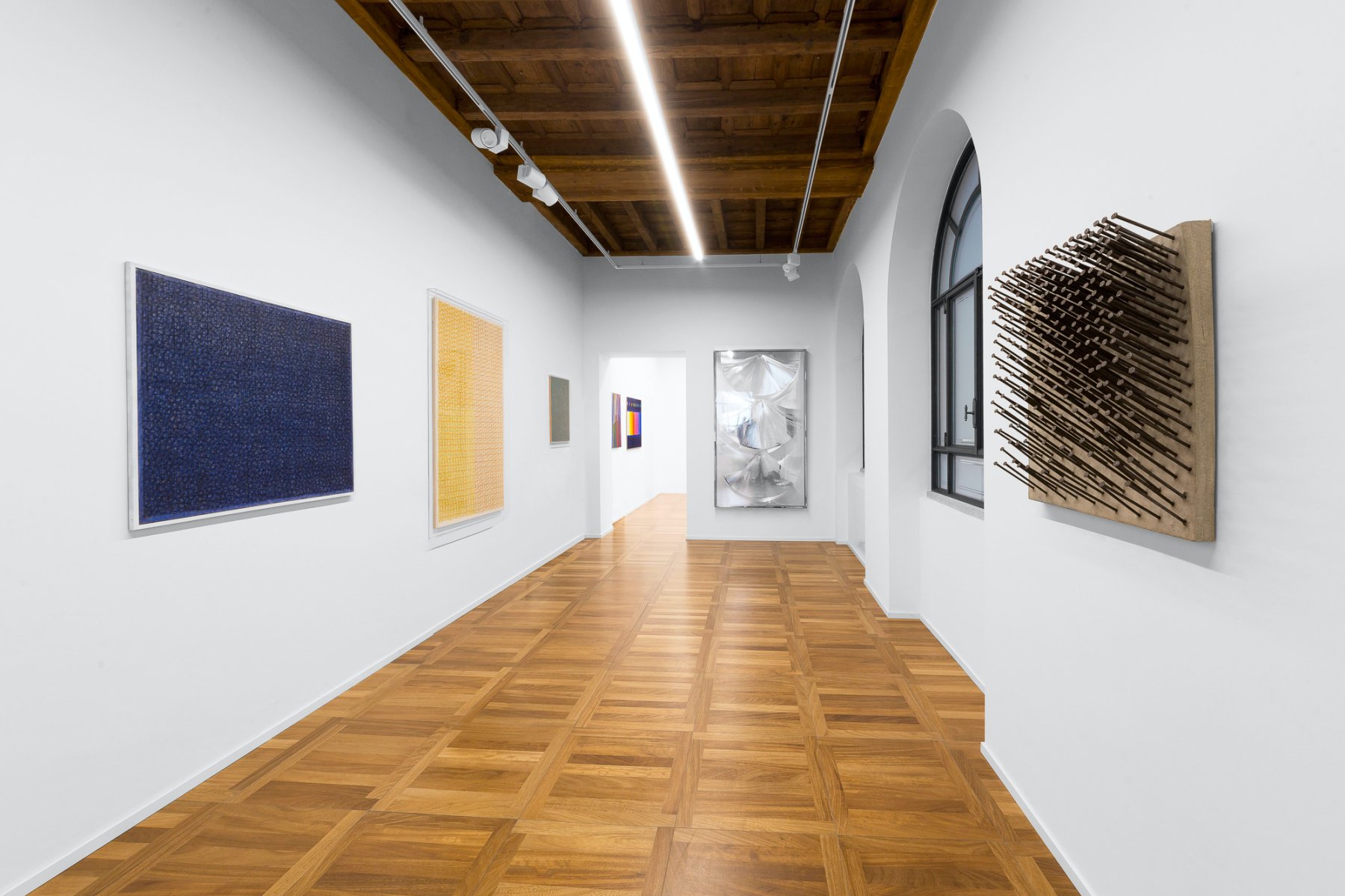 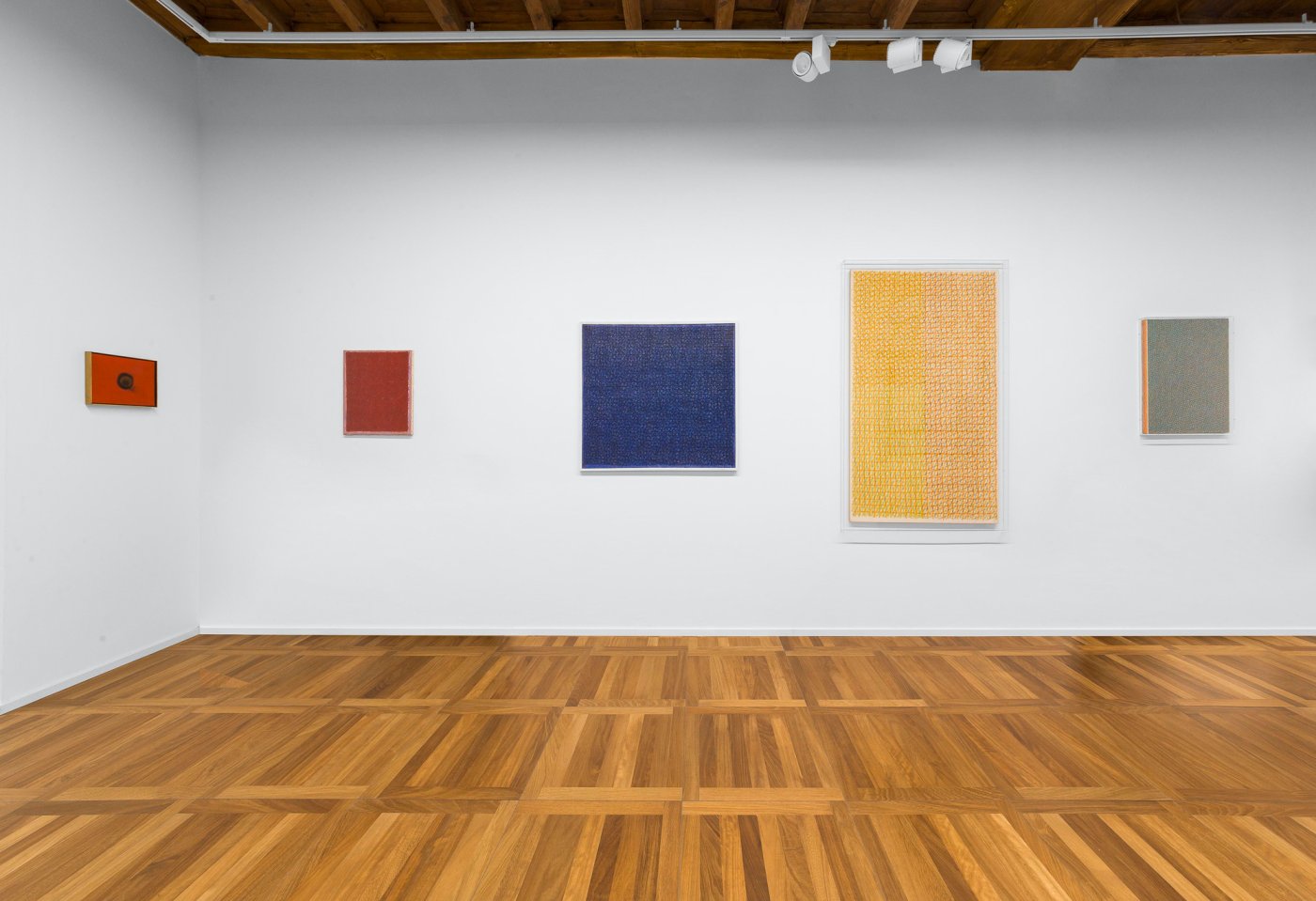 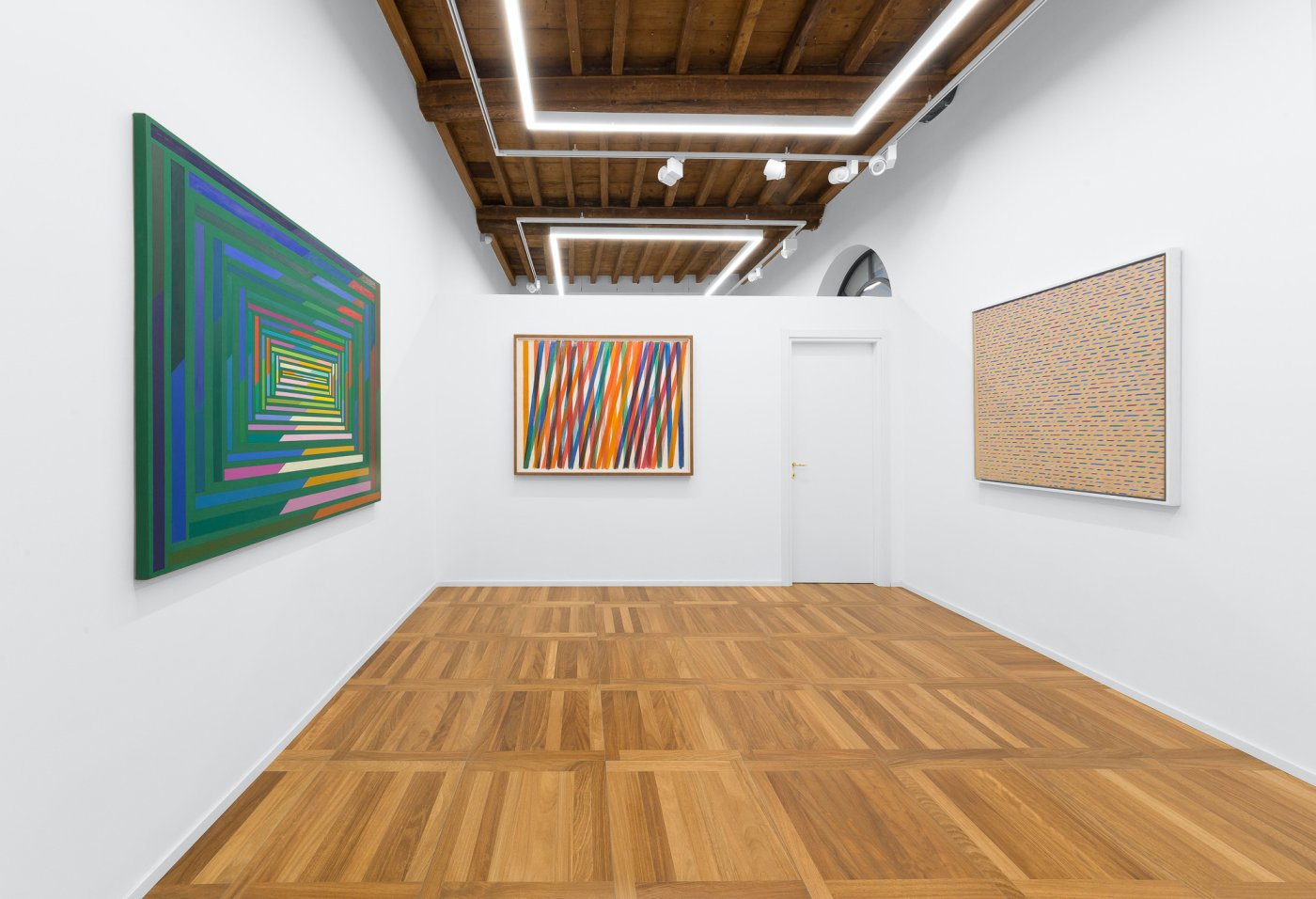 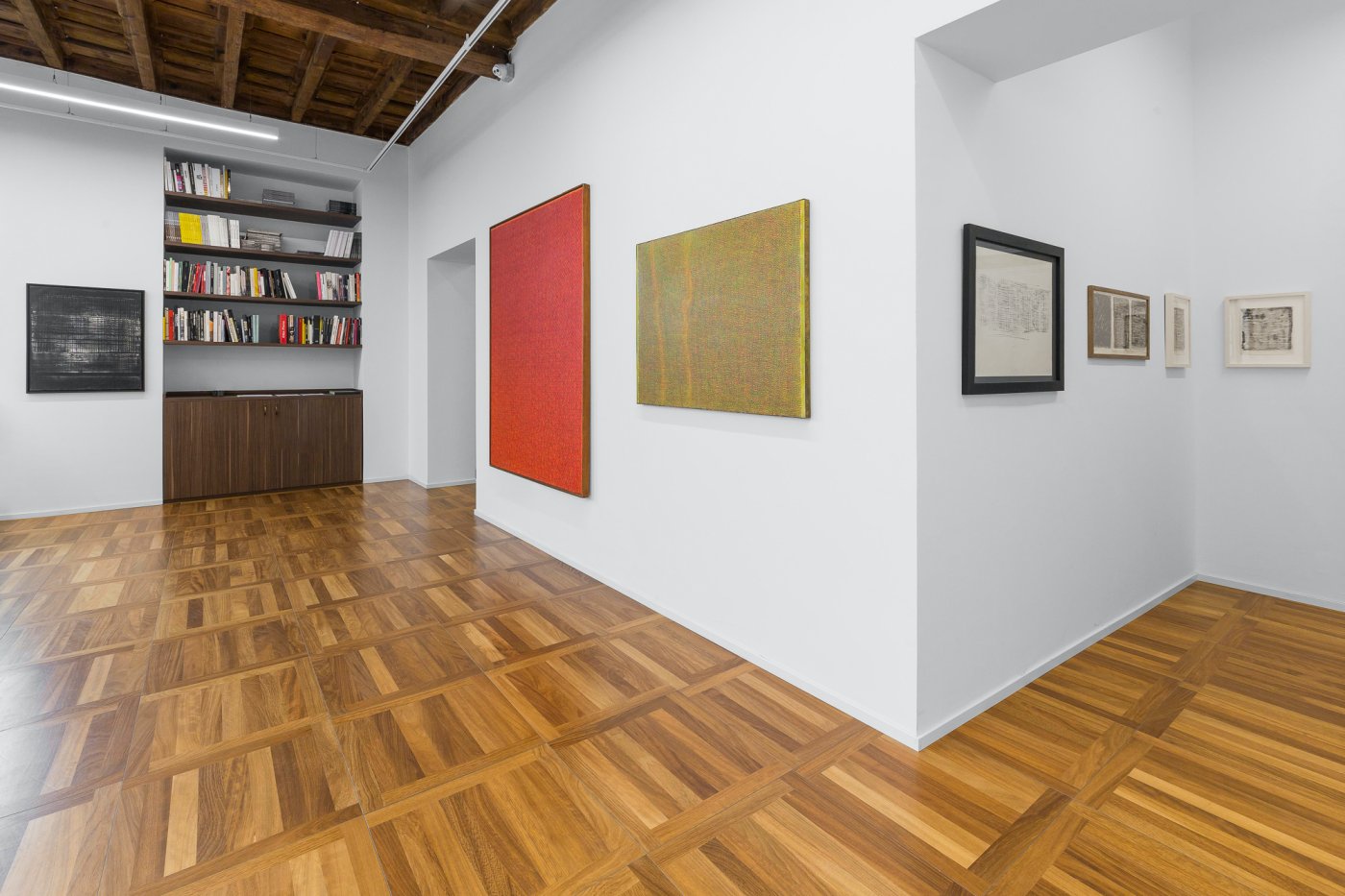 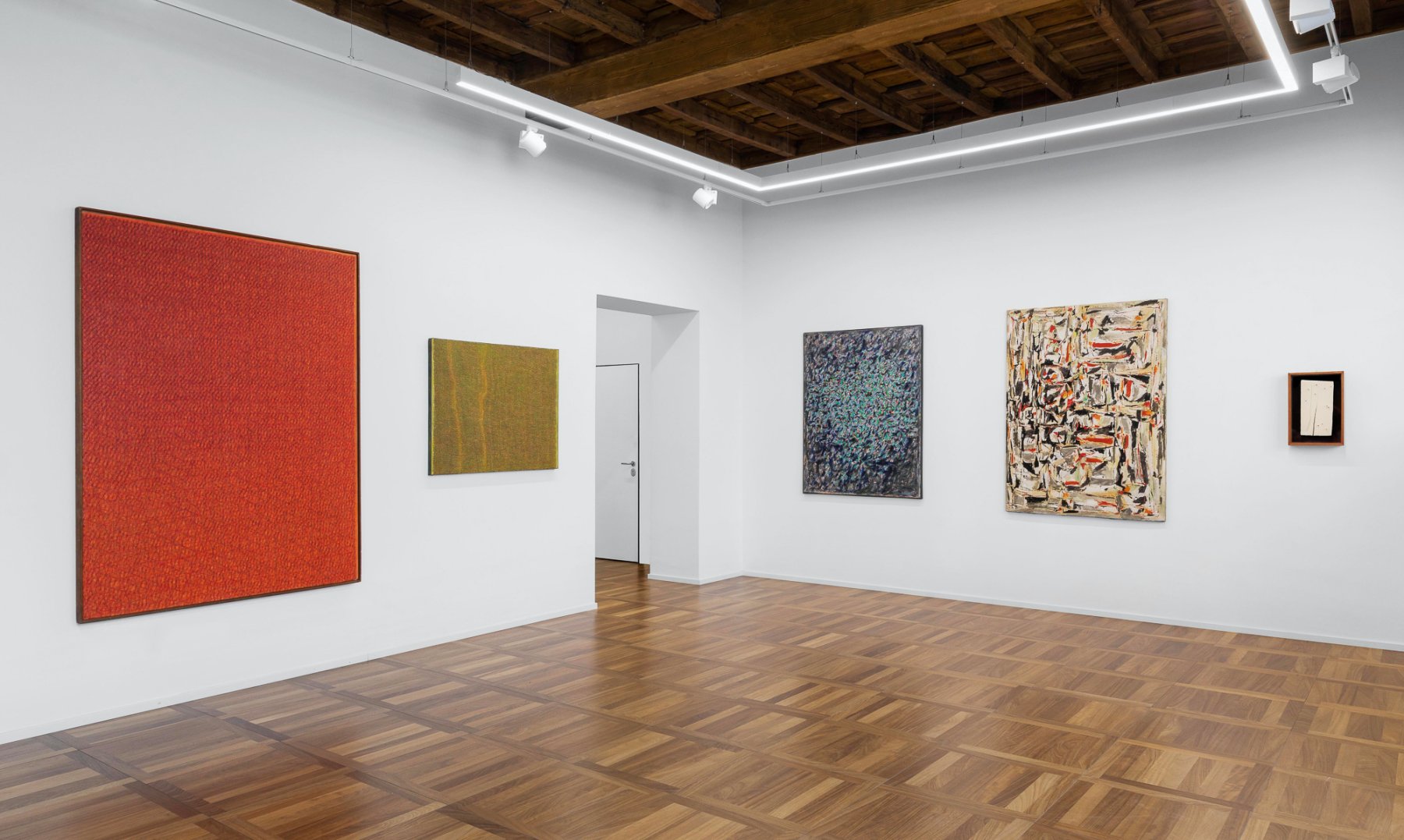 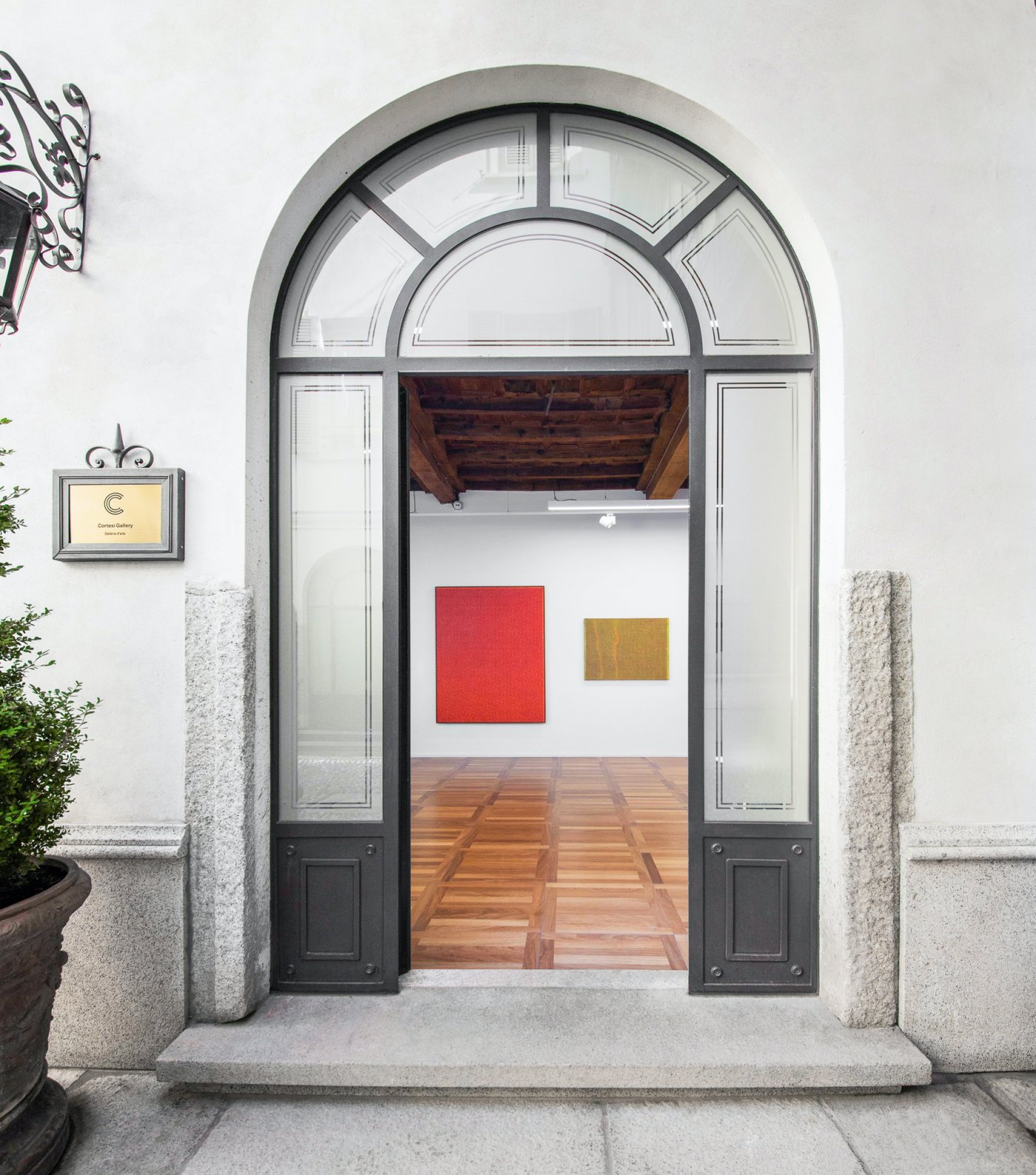 The exhibition, curated by Francesca Pola and organized in collaboration with the Piero Dorazio Archives, draws a comparison between Dorazio’s work and a network of European artists who in the late 1950s sought to overcome the gestural and subjective identity of Art Informel in favour of a more objective and direct relationship between art and the world. The works on display, many of which coming from important private collections, illustrate the deep historical and artistic connection between Dorazio and ZERO, in order to reveal the depth and significance of this relationship.

From his début as a painter in the 1940s, when he was still an architecture student, Dorazio established himself as a pioneer of Post-War abstractionism. He developed a poetic vision and visual language centred on a redefinition of the technique of painting by assigning a new meaning to light, colour, space, and structure. At the same time, in Europe – particularly between Germany, Italy, Holland, Belgium, and France – a new generation of artists started exploring an innovative conception of art, by creating monochrome surfaces, weaves, and grids, as well as objects modulating, reflecting, or projecting light. Light and movement, structure and vibration, became central elements in the research of geographically distant artists whose mutual connections this exhibition aims to highlight.

The project, which in addition to the exhibit itself includes a detailed publication, has found in the Cortesi Gallery – that has always focused on research pertaining to the international ZERO movement – a perfect setting to bring out the depth and significance of the relationship between Dorazio and ZERO.

In regular contact with one another, the representatives of the ZERO movement never presented themselves as a closed group, but rather as a large workshop and international catalyst. Already by the second half of the 1950s, when Dorazio defined his style of painting, marked by the use of bright colours and strokes creating vibrating monochromatic weavings, he had become strongly connected to the German context. He directly and fruitfully engaged with many ZERO artists, starting from the movement’s founders Heinz Mack and Otto Piene, and its first, leading representatives, including Günther Uecker.

The year 2021 marks the 60th anniversary of some salient and crucial moments in these relations: Piero Dorazio’s major solo exhibition at the Kunstverein für die Rheinlande und Westfalen in Düsseldorf in October and November 1961, which was attended by ZERO artists; the publication and presentation of the third, last, and most significant issue of the journal ZERO, featuring contributions by over thirty international artists (including Dorazio himself), in July 1961; and the first exhibition from the “Nove Tendencije” series, inaugurated at the Galerija Suvremene Umjetnosti in Zagreb in August 1961, and inspired by Dorazio’s personal room at the Venice Biennale the previous year. These contacts, characterized by the sharing of a new, future-oriented vision of art and of the world, also led Dorazio to participate in a series of important ZERO exhibitions, including “NUL” at the Amsterdam Stedelijk Museum (1962 and 1965).

Dorazio played a key role in introducing the ZERO movement in the United States, insofar as he invited Piene to teach at the University of Pennsylvania in Philadelphia as visiting professor. Here, in 1964, Piene organized the first ZERO exhibition in the US, at the Institute of Contemporary Art. A few months later, Dorazio and various artists associated with ZERO (Mack, Mavignier, and Uecker, but also Enrico Castellani, Walter Leblanc, and François Morellet, among others) participated in “The Responsive Eye”, an exhibition inaugurated at the New York Museum of Modern Art in 1965 and which travelled across the United States until 1966: a major international exhibit devoted to visual perception.

The works on display in Milan have all been selected as highly revealing of the unfolding of these relations, which also extend across the following decades. Among them are some rarities (a 1954 relief and some highly unique works on paper from the 1950s and 1960s), in addition to some important works that were put on display on key historical occasions and are now part of important Italian and international collections, such as Reading the Green 1959, from the prestigious Sammlung Domnick.

“SPACES OF LIGHT. Piero Dorazio and the international ZERO movement”, held at the Cortesi Gallery of Milan, is accompanied by a bilingual (Italian/English) book edited by Francesca Pola and published by Skira. In addition to the works on display at the exhibition, this volume brings together a collection of other crucial works and important materials (letters, photos, and documents) made available for the first time by the Archivio Piero Dorazio and in-depth international research. The project aims to present key moments and ideas attesting to – and confirming – Piero Dorazio’s role and his relationship with ZERO artists, not only in terms of the correspondence and exchanges between the two, but also as an ideal source of inspiration for a whole European generation.

Piero Dorazio was born in Rome in June 1927.
After graduating from a liceo classico (secondary school with an emphasis on the Humanities), he embarked on the study of architecture. From 1942- 43, after frequenting painter Aldo Bandinelli’s studio, he turned to art and started painting still-lifes and landscapes. At the age of twenty, in 1947, along with Carla Accardi, Ugo Attardi, Pietro Consagra, Mino Guerrini, Achille Perilli, Antonio Sanfilippo, and Giulio Turcato, he founded the “Forma 1” group and contributed to the drafting of the manifesto of the same title; he visited Paris for the first time, where Gino Severini introduced him to the leading international artists of the period. In 1950, with Guerrini and Perilli, he founded the bookshop-gallery “L’Age d’Or”, as a means to promote abstract art. In the early 1950s travels often to New York, where in 1953 he held his first solo exhibition at the Wittenborn One-Wall Gallery. Upon returning to Italy in 1955, he published La fantasia dell’arte nella vita moderna, a study of modern trends in the visual arts. Following a series of journeys and showings at the Venice Biennale (1956 and 1958, with a personal room in 1960) and other international exhibitions (including ‘Documenta’ in 1959), in 1960 the artist returned to the US, where he taught at the University of Pennsylvania. In 1961, he received the Prix Kandinsky. His work was regularly featured in major group exhibitions both in Italy and abroad, including “The Responsive Eye” at the New York Museum of Modern Art in 1965.
In 1974 he moved to Todi, where he established his home and studio. In 1977 a monograph contributing to a catalogue raisonné was published by Alfieri and in 1979 a first retrospective exhibition of the artist’s work was held at the Musée d’Art Moderne de la Ville de Paris. In 1983, he held a retrospective of his work at the Galleria Nazionale d’Arte Moderna in Rome. In 1984 he began writing for “Il Corriere della Sera”. In 1986, he received the Accademia di San Luca Prize and in 1988, he had a solo room at the Venice Biennale. During the 1990s his work was featured in major solo exhibitions at the Musée de Grenoble (1990), at the Galleria Civica in Bologna (1991), at the Civic Museum in Athens (1994), and at the PAC in Milan (1998). In 1990, he received the Alcide de Gasperi Prize for Arts and Sciences and in 1993, he was appointed member of the Akademie der Künste in Berlin. In 2001, the exhibition “Dorazio Jazz” was inaugurated at Museion in Bolzano and in 2003, a retrospective exhibition was held at the IVAM – Institut Valencia D’Art Modern in Valencia.
Dorazio passed away in Perugia in May 2005. Since 2017 the Piero Dorazio Archive have been collecting data in order to complete the catalogue raisonné of the artist’s oeuvre. Dorazio’s works are part of some of the world’s most prestigious public and private collections, including those of the Museum of Modern Art (New York), Tate Modern (London), Centre Georges Pompidou (Paris), and Galleria Nazionale d’Arte Moderna e Contemporanea (Rome).