David Richard Gallery presents Sonia Gechtoff, Gesture Meets Hard Edge: Part I, a selection of large format pencil renderings on top of acrylic paintings on paper composed of geometric abstractions created from 1979 through 1981 that will be presented in two parts. 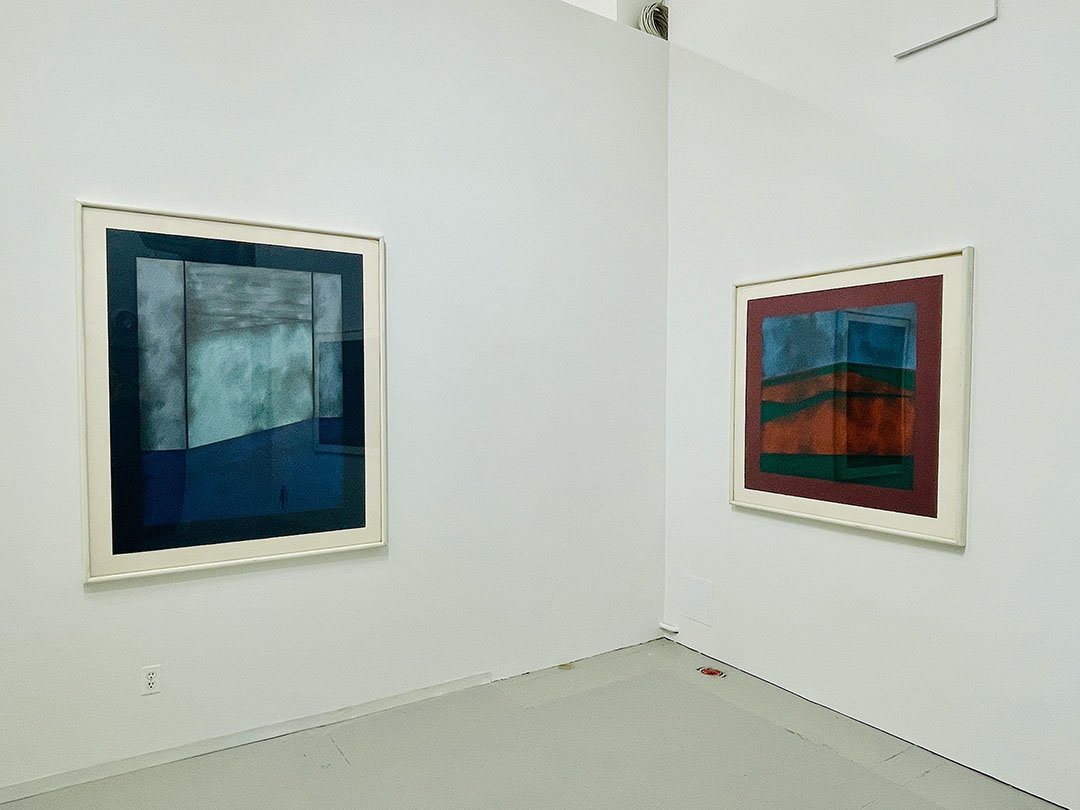 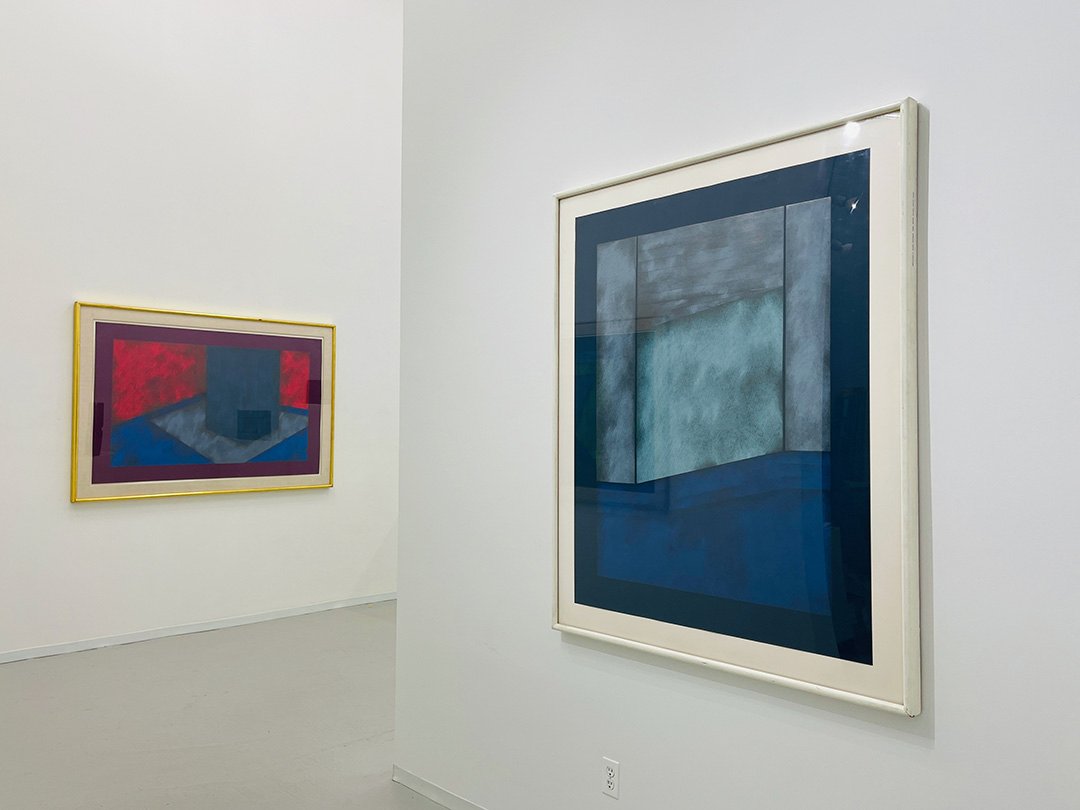 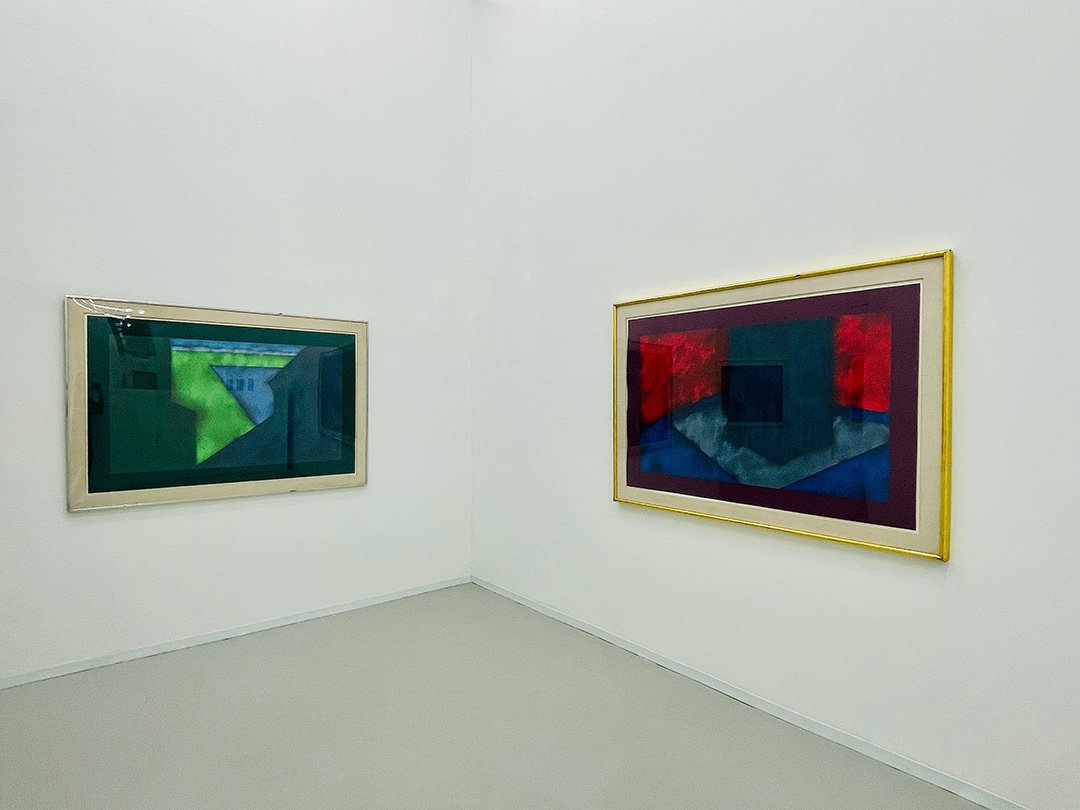 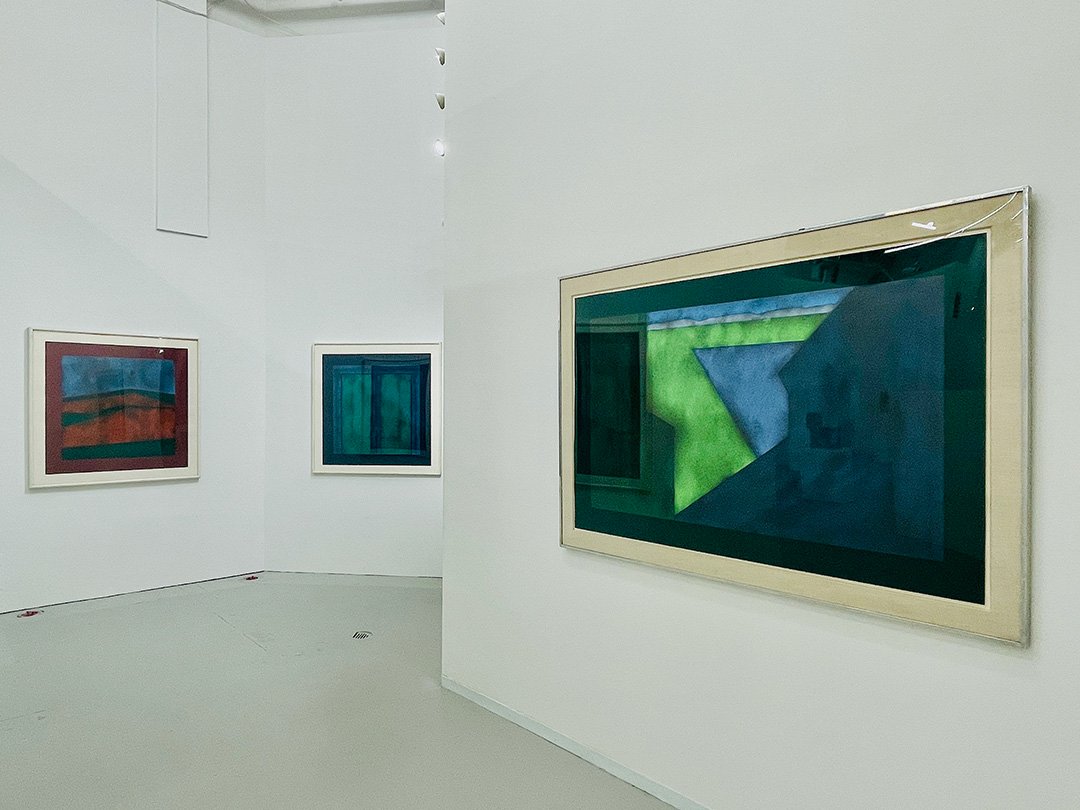 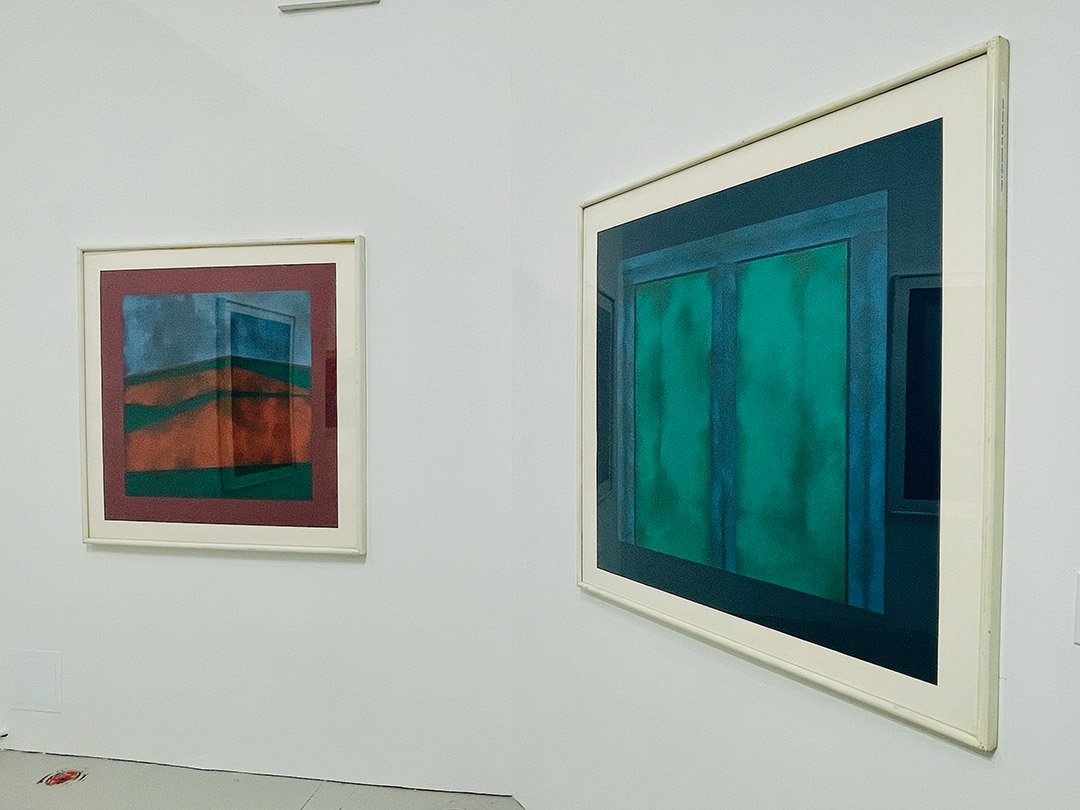 There are two important aspects of this particular series of mixed media paintings on paper. The first is formal, in that Gechtoff practically invented this novel medium of drawing with graphite over acrylic paint. These paintings on paper mark a seminal period and turn in Gechtoff’s oeuvre that gave rise to additional larger paintings on canvas painted from the late 1980s through the early 2000s.

As noted, the paintings on paper in this presentation are large format ranging in size from 48 x 48 inches square to horizontal rectangular shapes of 48 x 66 inches in length, all comprised of geometric shapes that represent Gechtoff’s abstractions of landscapes and cityscapes and as such, they could be of any place: Upstate New York or London. The colors are moody, suggesting they were painted at dusk with heavy shadows and occasional piercing bright green, vibrant red, vivid blue or hot pink hues.

The second important aspect of these paintings addresses the aesthetic transition in Gechtoff’s paintings following her well known Abstract Expressionist paintings of the 1950s and early 1960s. When Gechtoff and James Kelly, her husband, moved with their daughter to New York at the end of the 1950s, they were quickly met with Brillo Boxes by Andy Warhol, shaped canvases by Frank Stella and Op Art by Julian Stanczak. It was hard for them to envision how the self-referential and non-objective gestural swaths of impasto pigment from their world fit in with an art world that overnight had become entirely externally focused, full of representation and content by artists a generation or two younger than them—who were these guys (quite literally, from Gechtoff’s perspective as a woman artist)? To that end, in the 1970s, Gechtoff explored geometric shapes and grids influenced by non-objective geometric abstraction and color theory as well as the seriality of Minimalism. However, she included her first love, drawing with graphite pencil. The grids and geometric shapes were precise and entirely planned—something entirely new for Gechtoff—but, she brought her painterly touch and artist hand (just as she did when she wielded the palette knife full of oil paint in the 1950s) with her pencil renderings to model and add texture and depth to each box (a.k.a., the pigeon holes).

The series of paintings in this current exhibition were formative works and gave way to a full series of large canvases produced in the late 1980s through the 90s and until her death in 2018. A selection of such spectacular paintings from the 1980s and 90s were presented by David Richard Gallery in the fall of 2019. That exhibition, Forces of Nature on the Grand Stage: Paintings from 1988 to 1995, not only revealed Gechtoff’s drawings with pencil on top of acrylic paint, but the paintings were gestural and passionate with lush swaths of paint full of energy and grounds that evoked forces of nature—such as wind, waves, tides, fire and smoke—with references to gardens, landscapes, celestial orbs and architectural structures as well as the influences of opera, theatre and the grand stage. Everything that had been taboo and put on hold during the 1950s with Abstract Expressionism or in the background of the artist’s mind, moved its way to the foreground. Her work returned to being bold, gestural, full of life, lots of movement and grandeur. That exhibition was reviewed by John Yau for HYPERALLERGIC, A Forgotten Painter and Her Visionary Abstraction, October 12, 2019.

Sonia Gechtoff, was born and raised in Philadelphia. After graduating in 1950 from the Pennsylvania Academy of the Fine Arts, she moved to San Francisco in 1951 where she was greatly influenced by the painting of Clyfford Still. She taught at the California School of Fine Art working alongside Hassel Smith and Elmer Bischoff and associated with other Bay Area Abstract Expressionist painters such as Madeleine Diamond, Lilly Fenichel, Deborah Remington, Jay DeFeo and James Kelly (who she later married). San Francisco had a tremendous impact on Gechtoff, she was very much involved in the unique cultural scene and felt the local support. It is where she had her greatest career achievements, such as developing her bold use of the palette knife to create long, sharp strokes of pigment across the canvas and the corresponding early recognition with solo exhibitions at the San Francisco Museum of Art (currently SFMoMA) and De Young Museum. Gechtoff moved to New York in 1958 and worked there until she passed away in early 2018. Given her interests in figuration, architecture, landscape and earth elements, representational elements became more prevalent in her paintings and drawings, while abstraction and gestural brush strokes remained constant. She switched from oil to acrylic paint and traded the palette knife for graphite to maintain strong defining strokes and boundaries in her work.