One of the great pioneers of abstraction, Sonia Delaunay was a key figure in the Parisian avant-garde. Delaunay, no doubt one of the most influential female artists of her time, is known for her sense of depth and movement and her bold approach to colour. BASTIAN’s exhibition brings together a number of works from Delaunay’s Rythmes-Couleurs series that epitomise the bold yet simple colourful forms that were typical of her late period of abstraction. 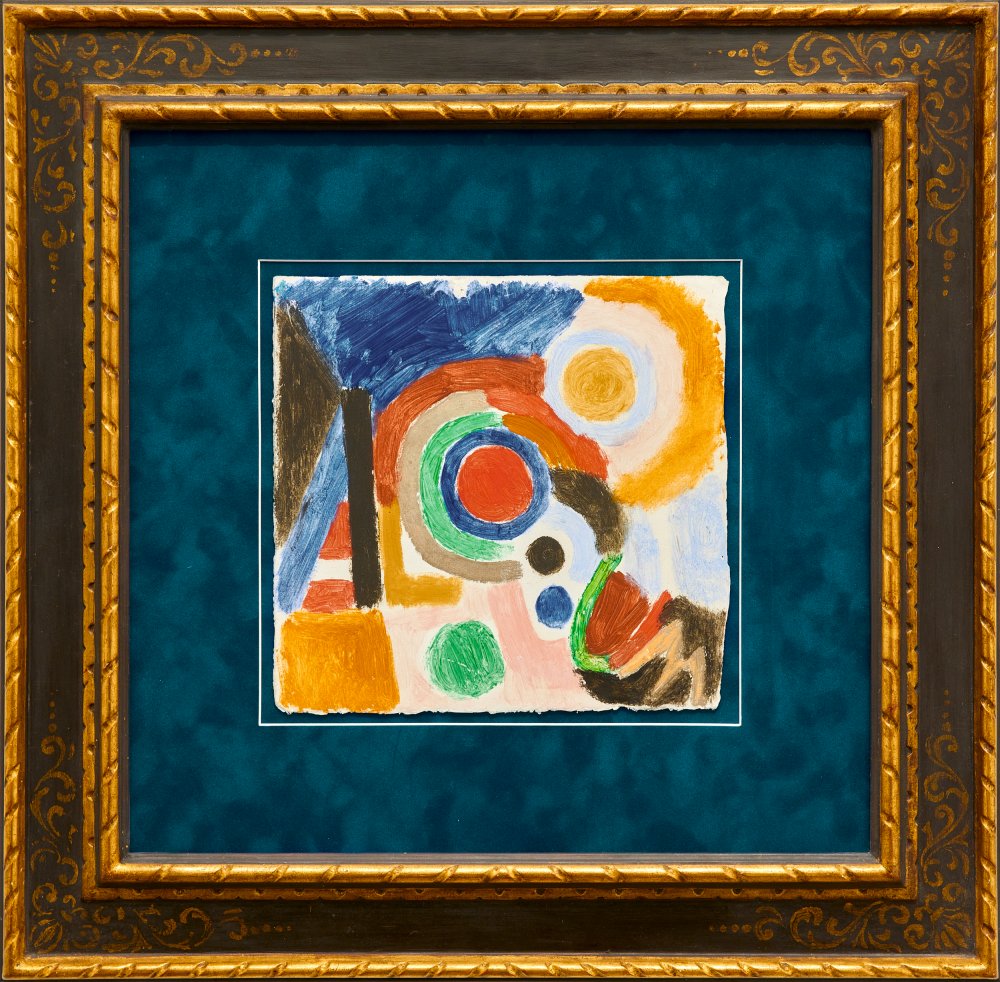 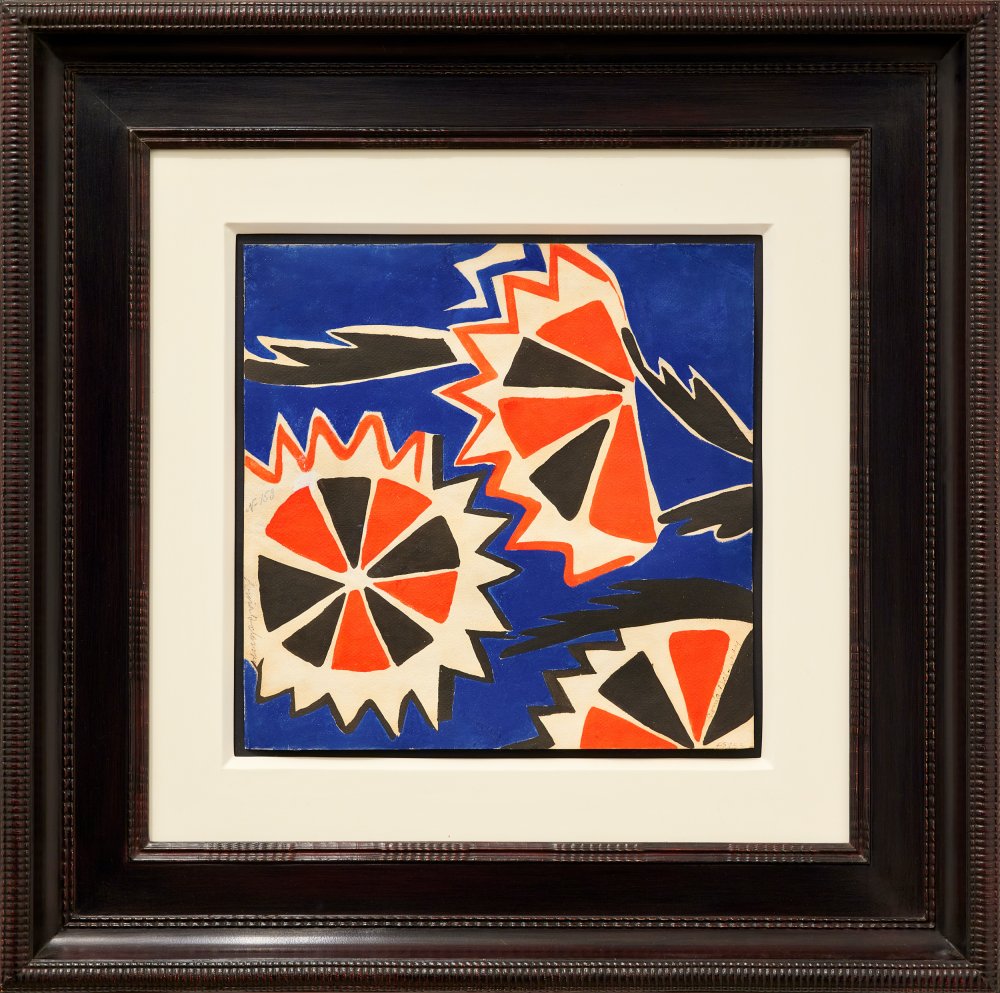 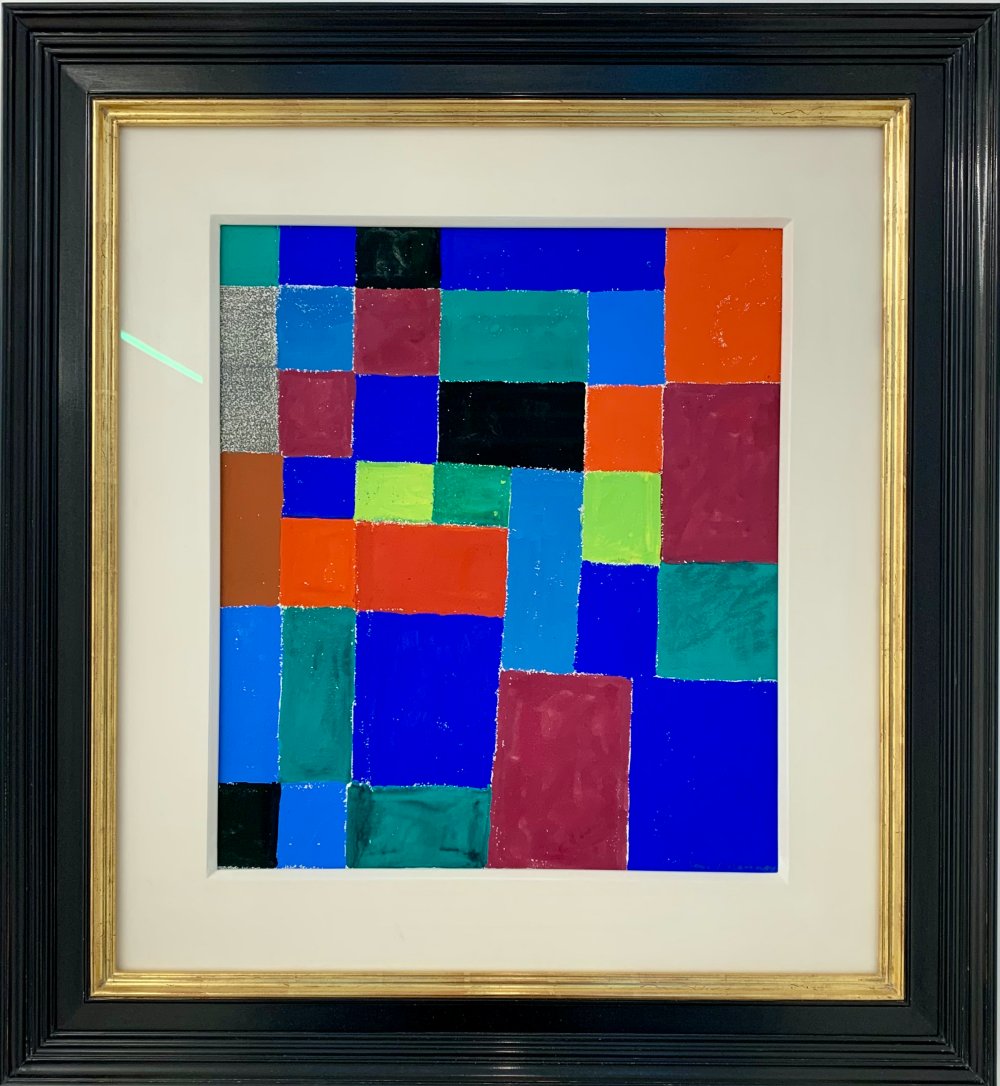 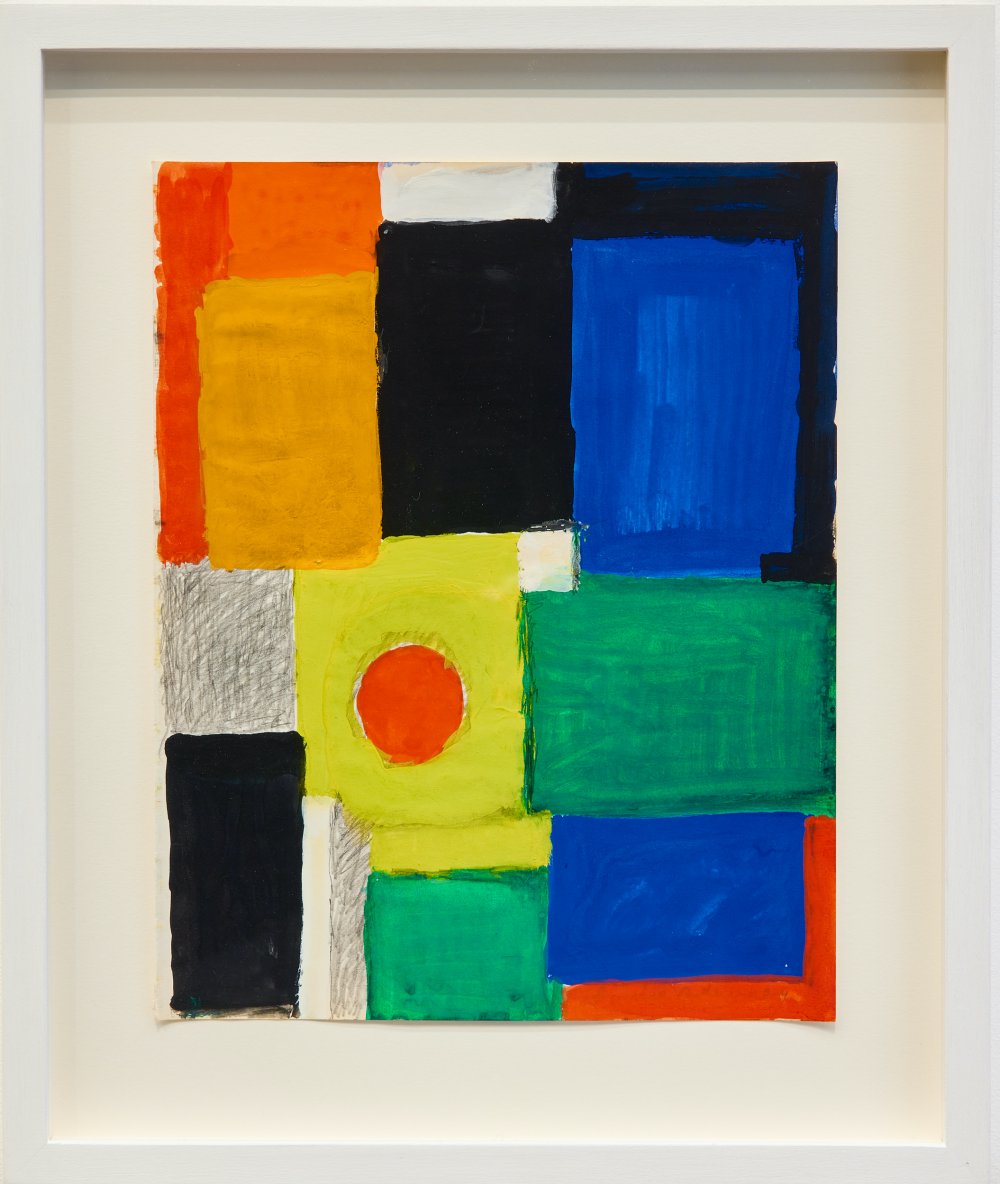 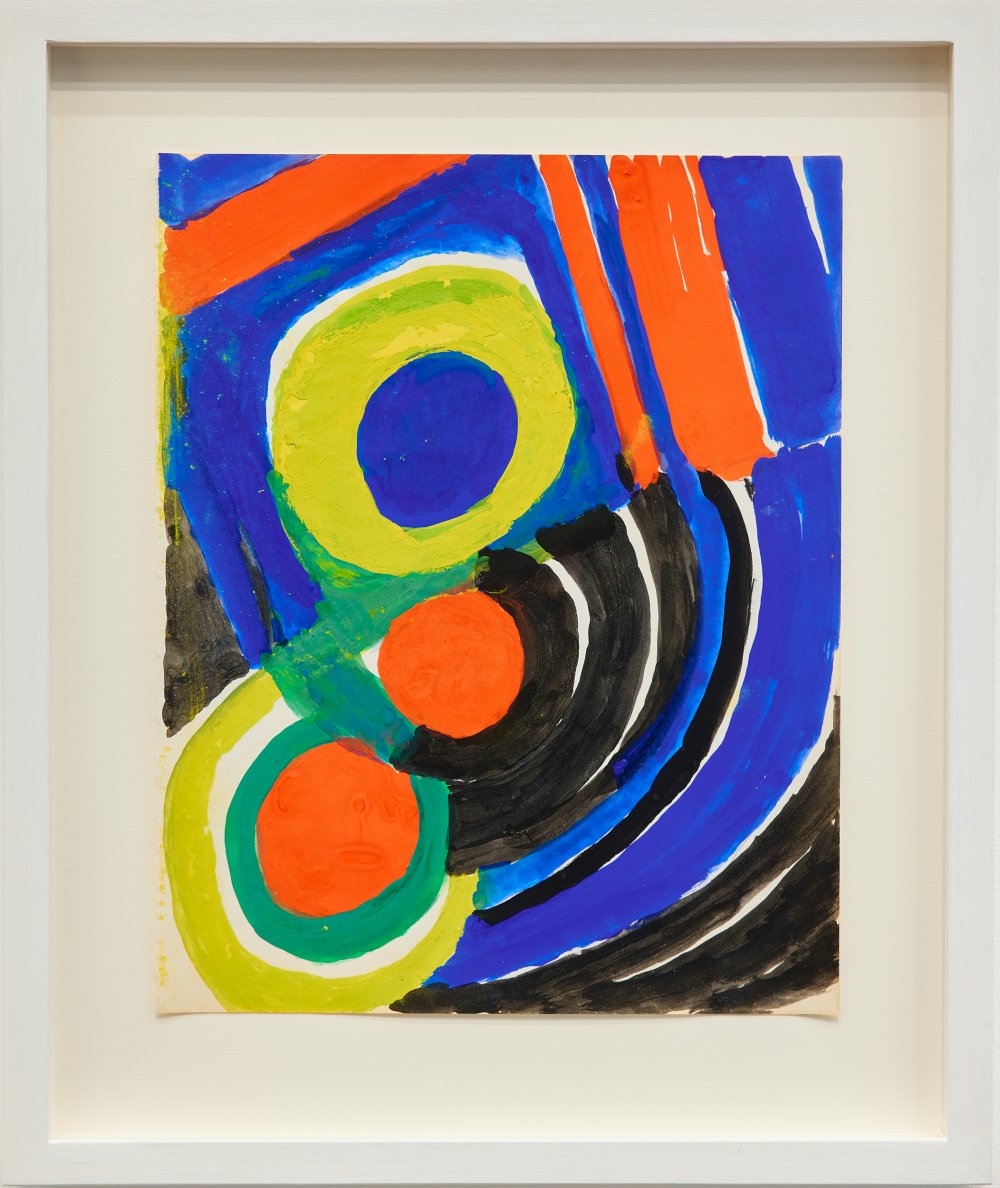 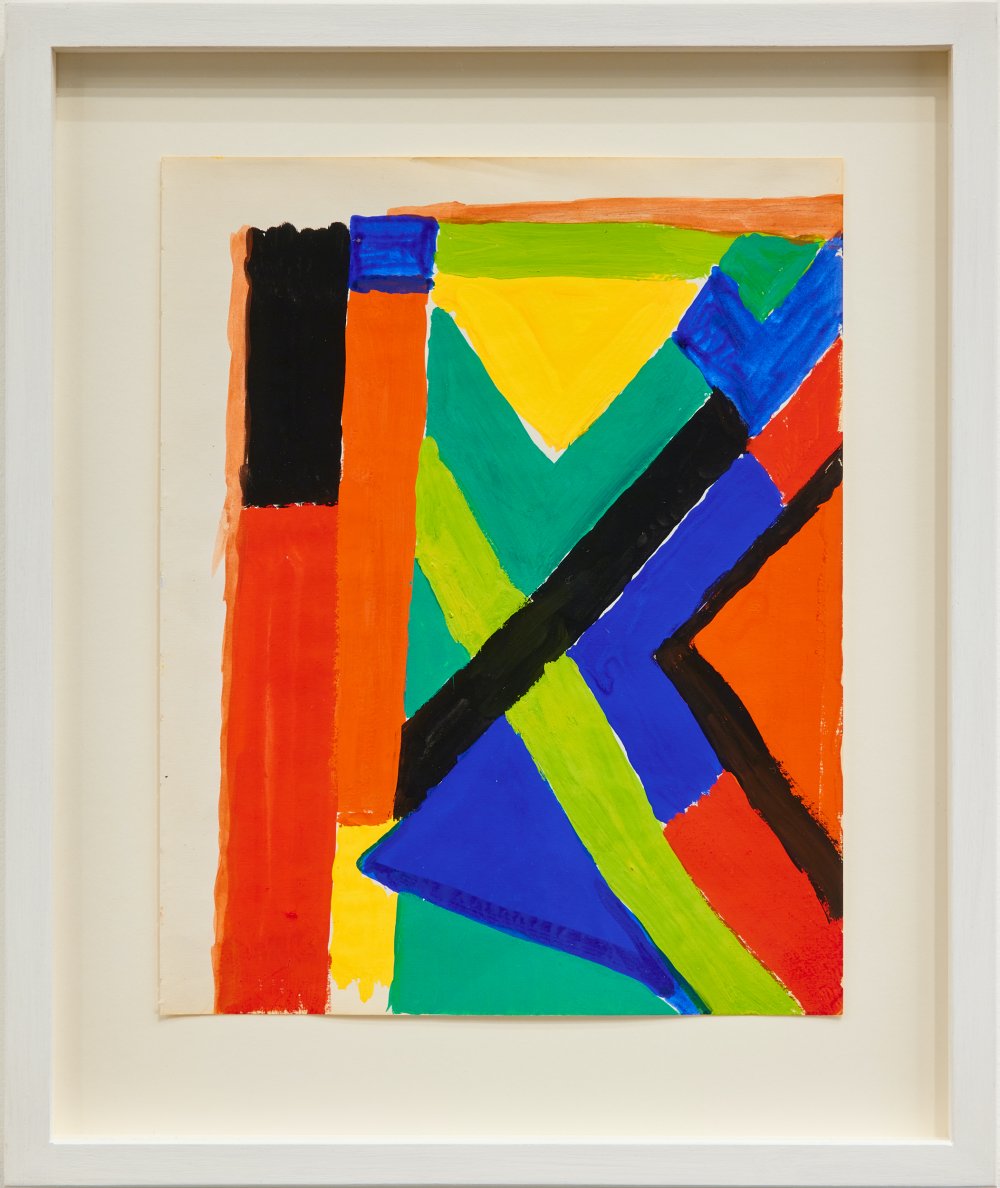 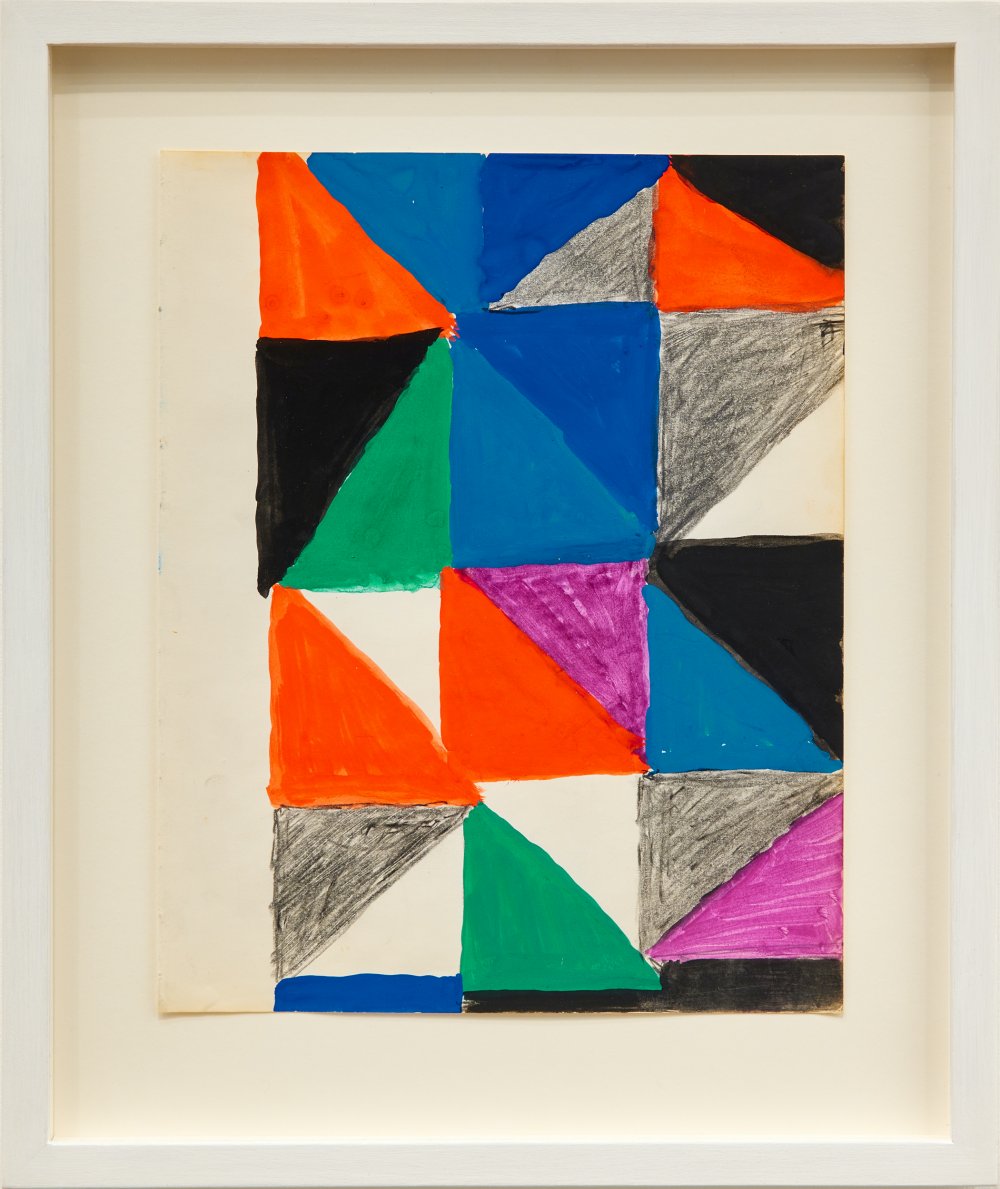 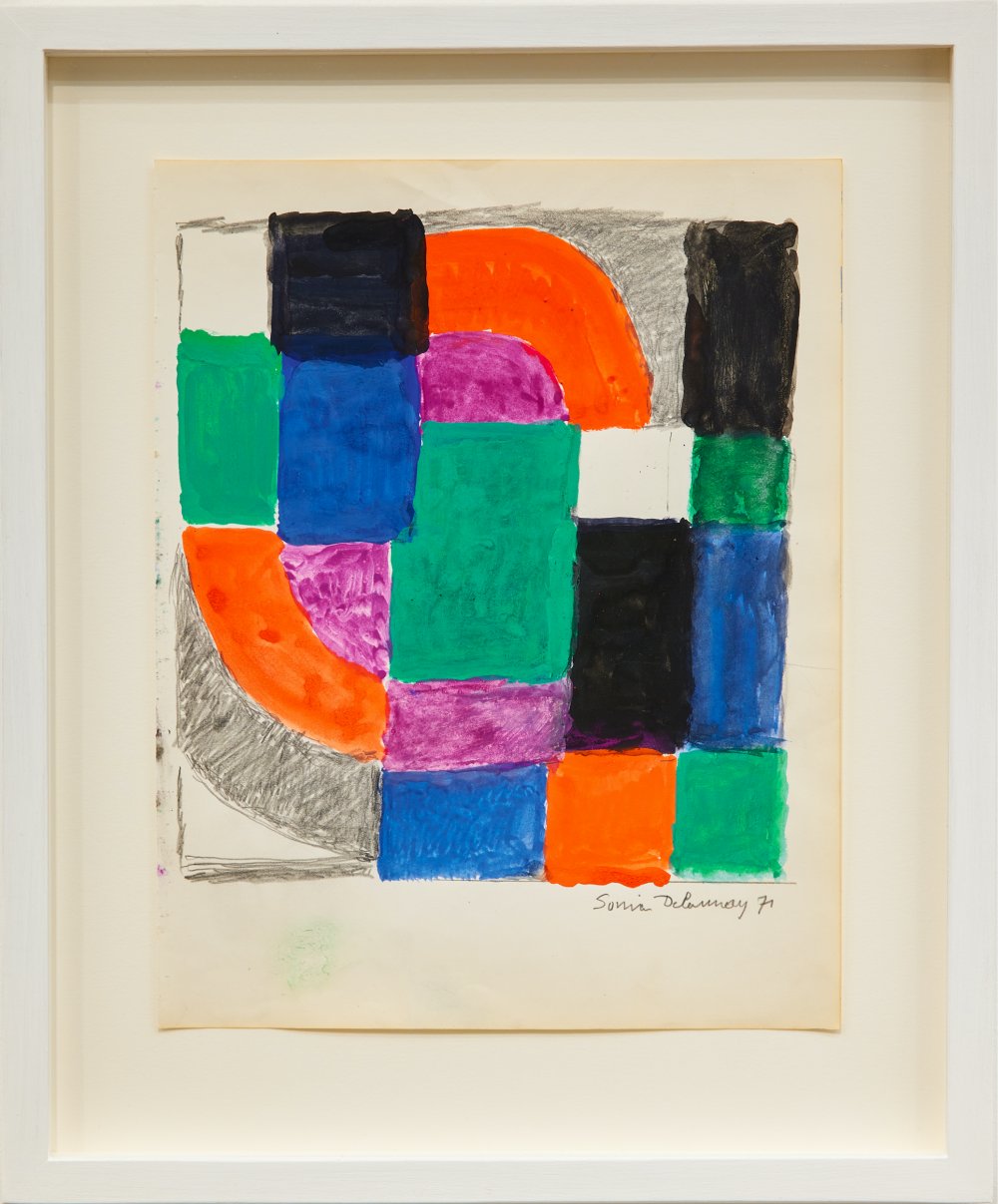 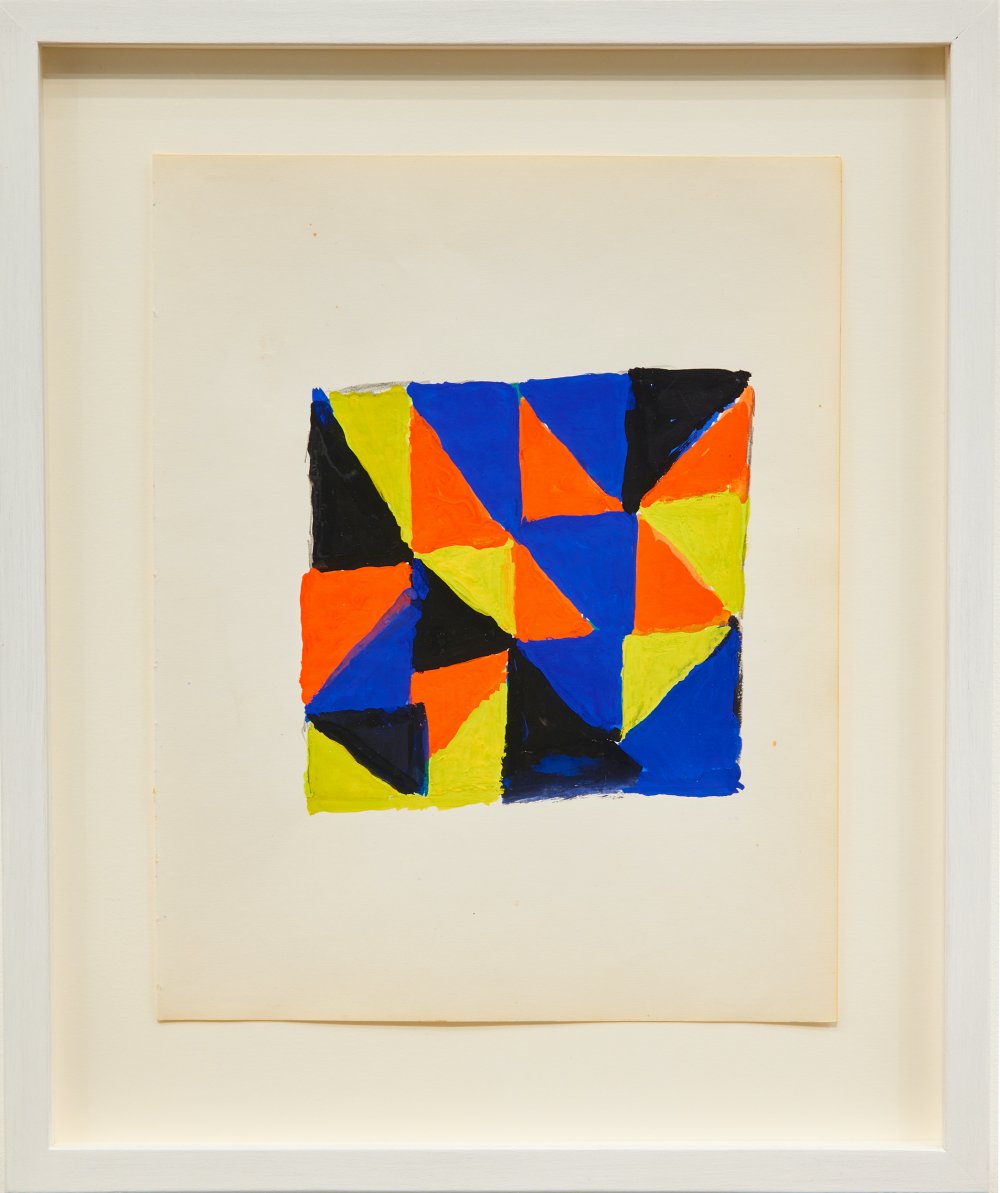 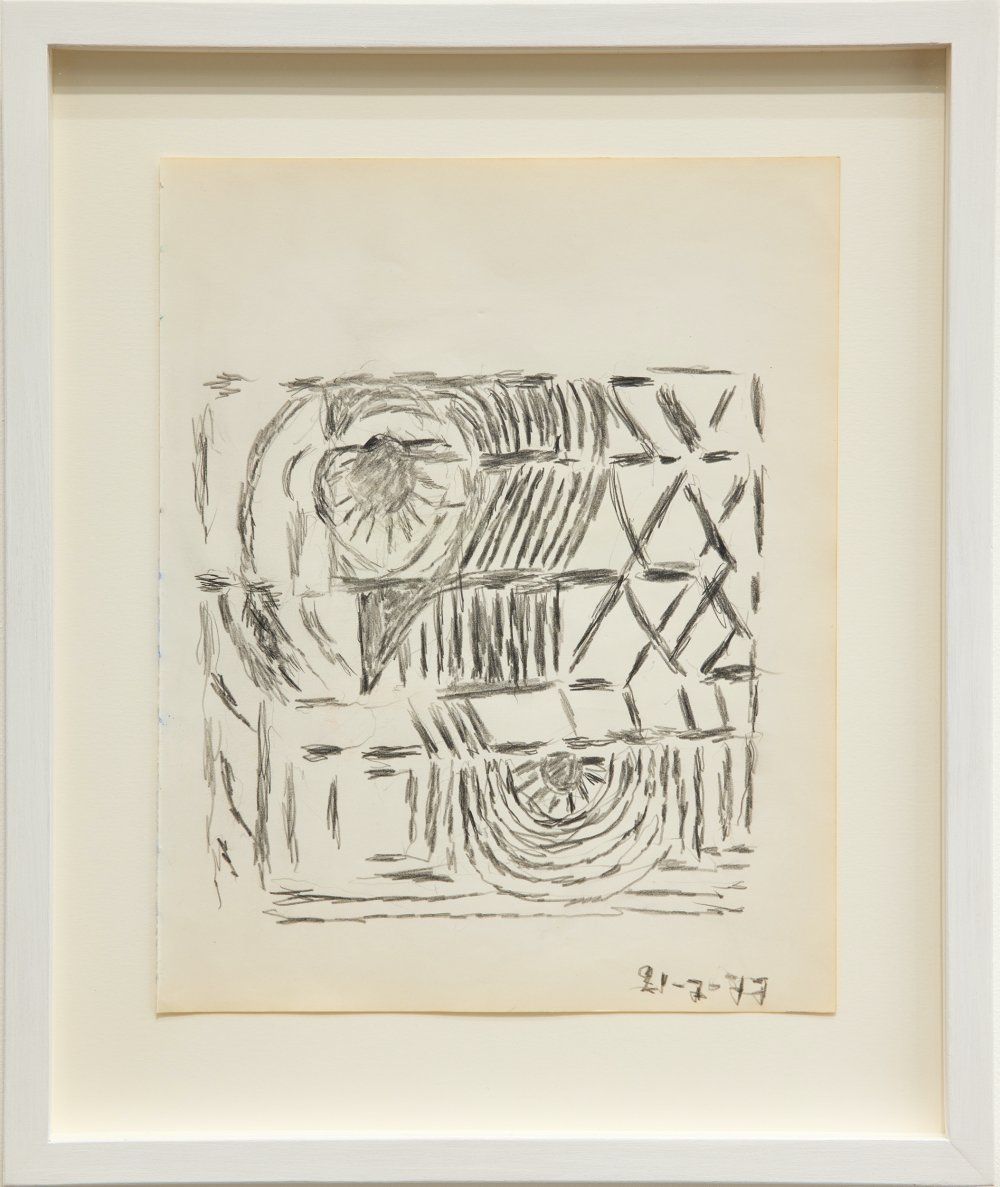 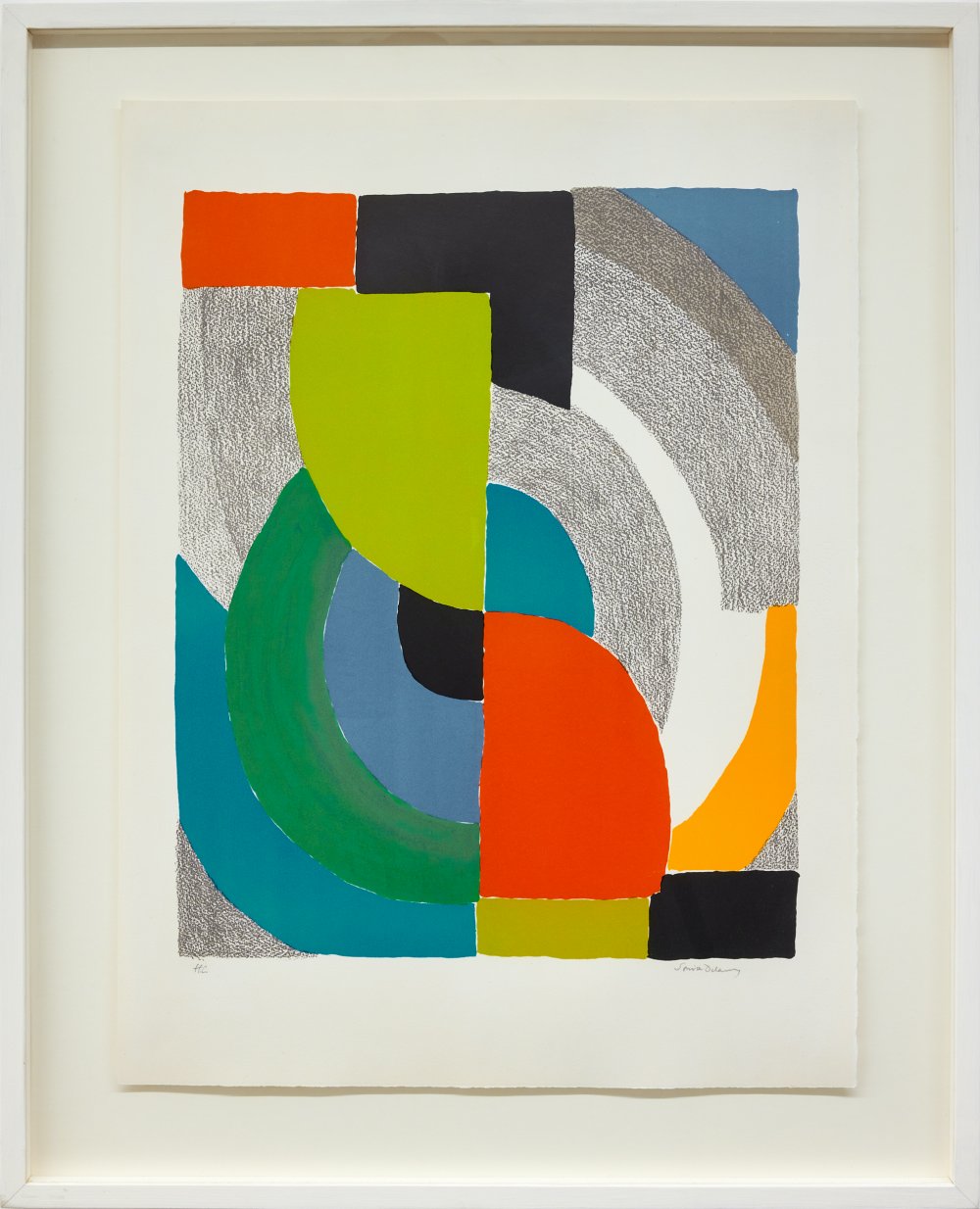 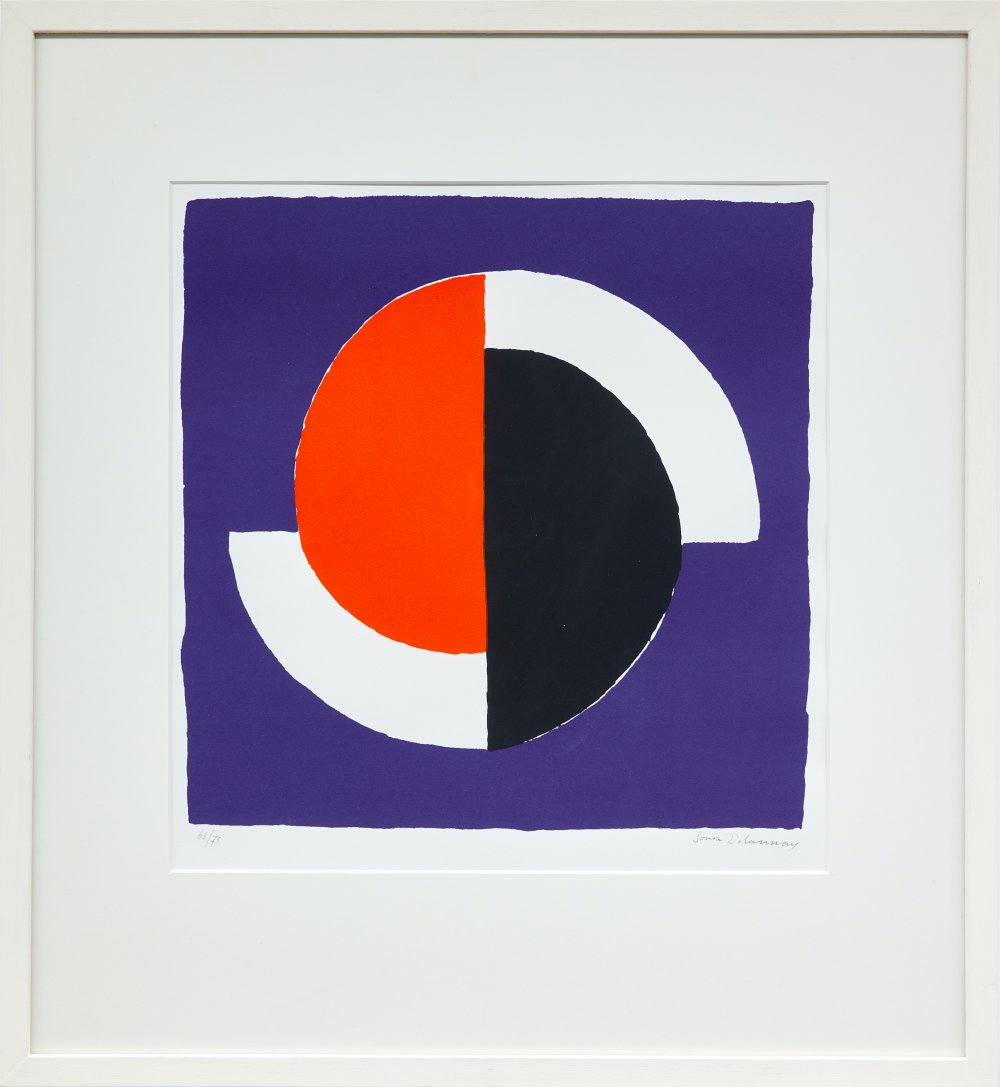 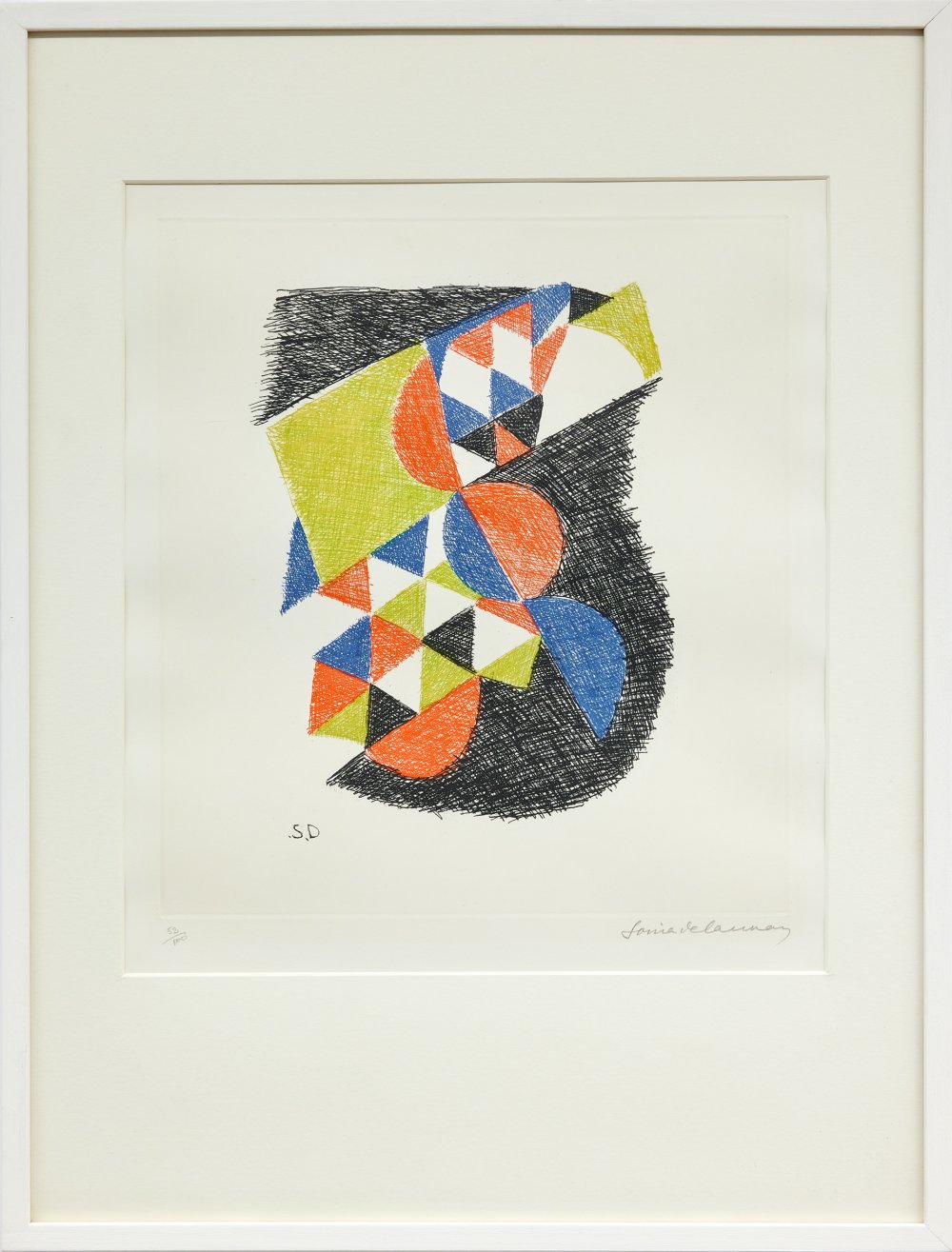 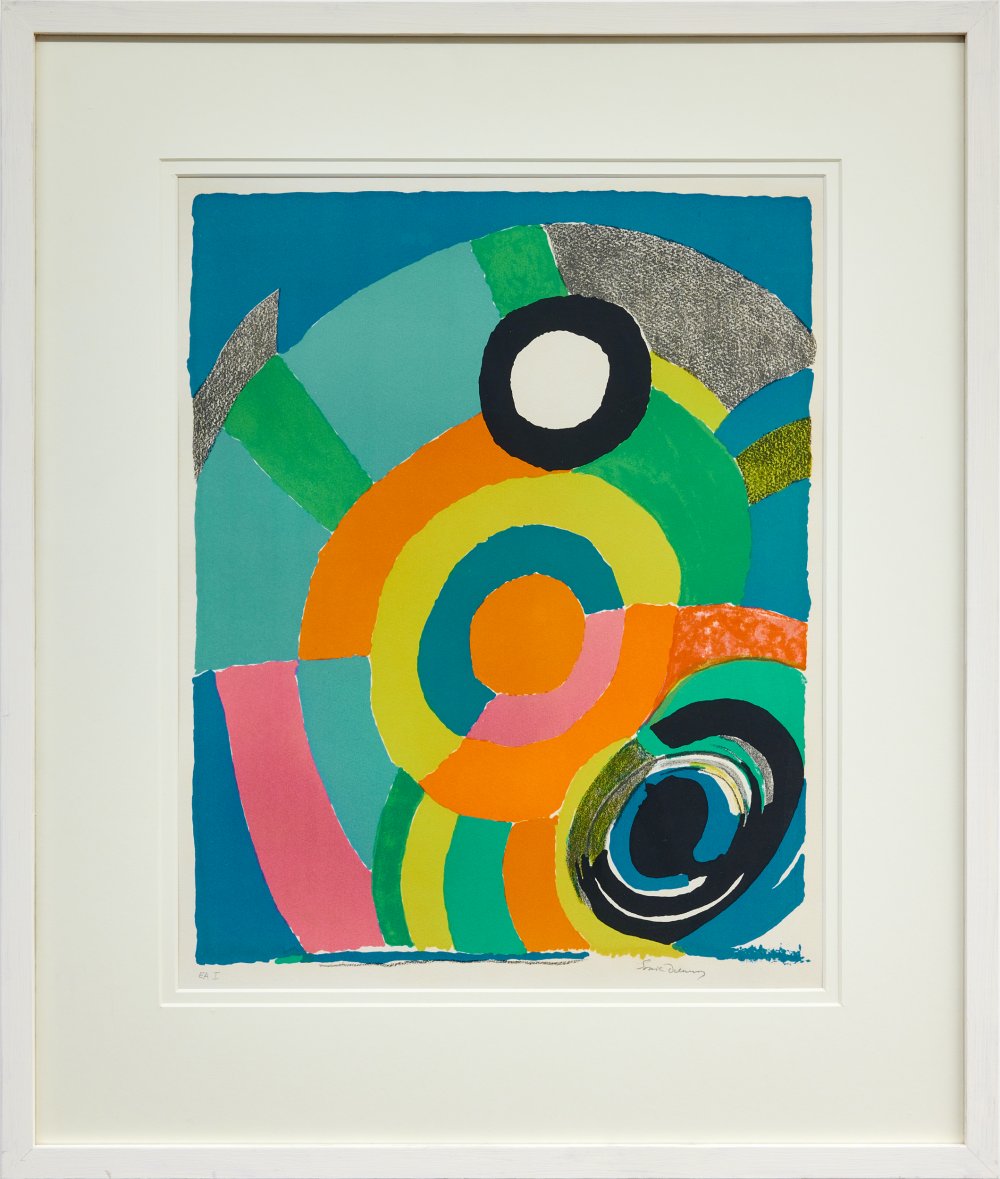 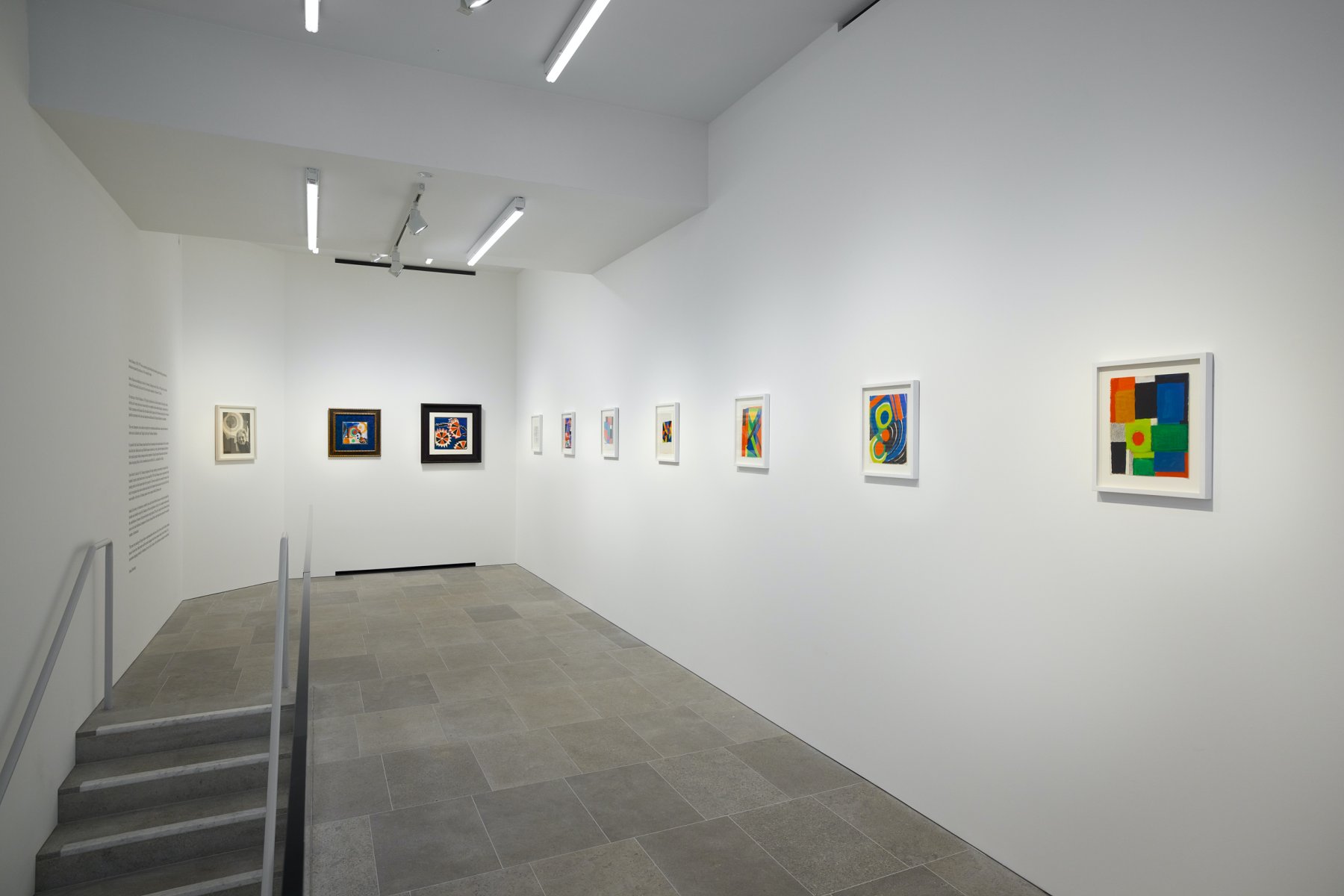 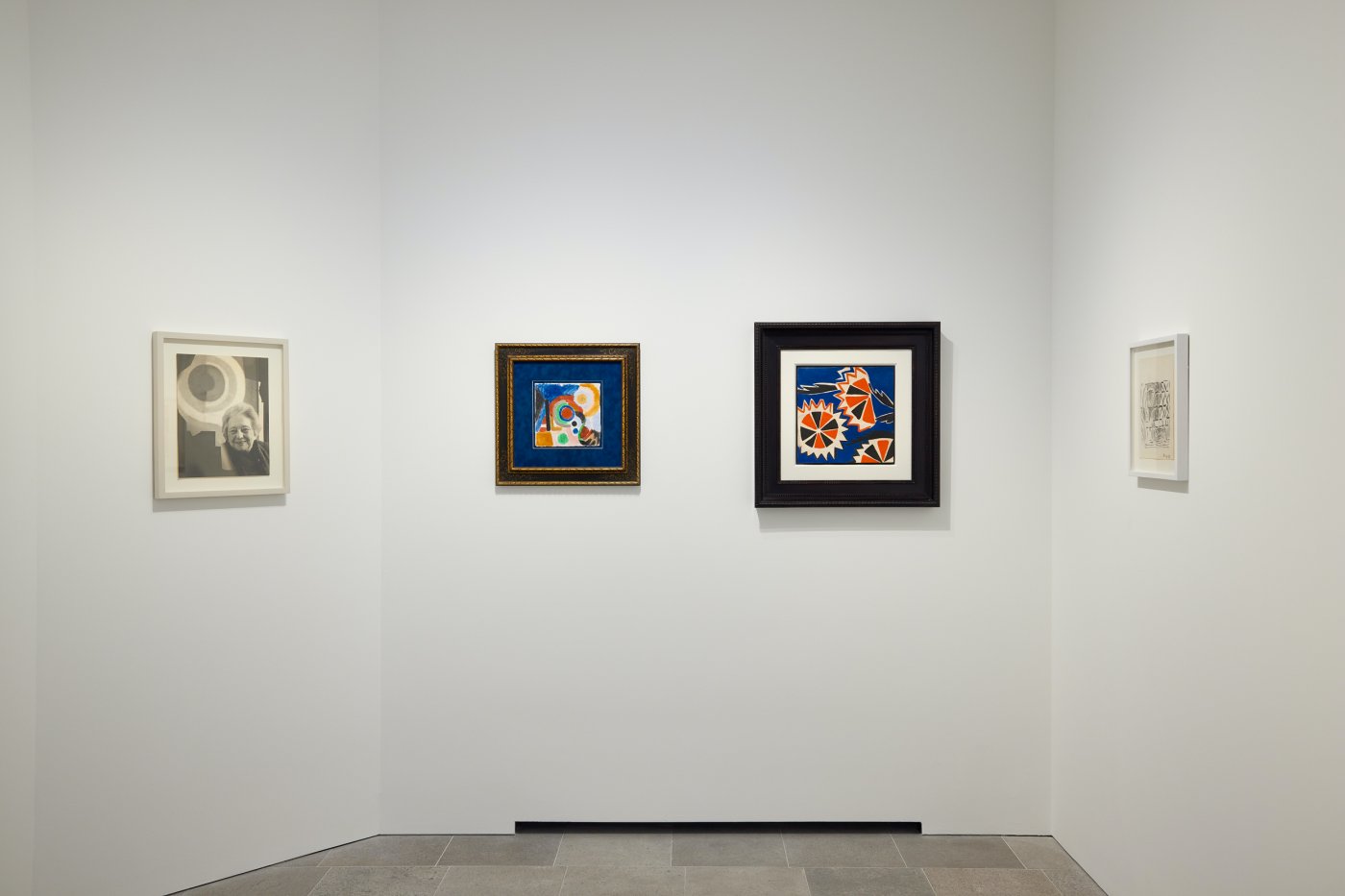 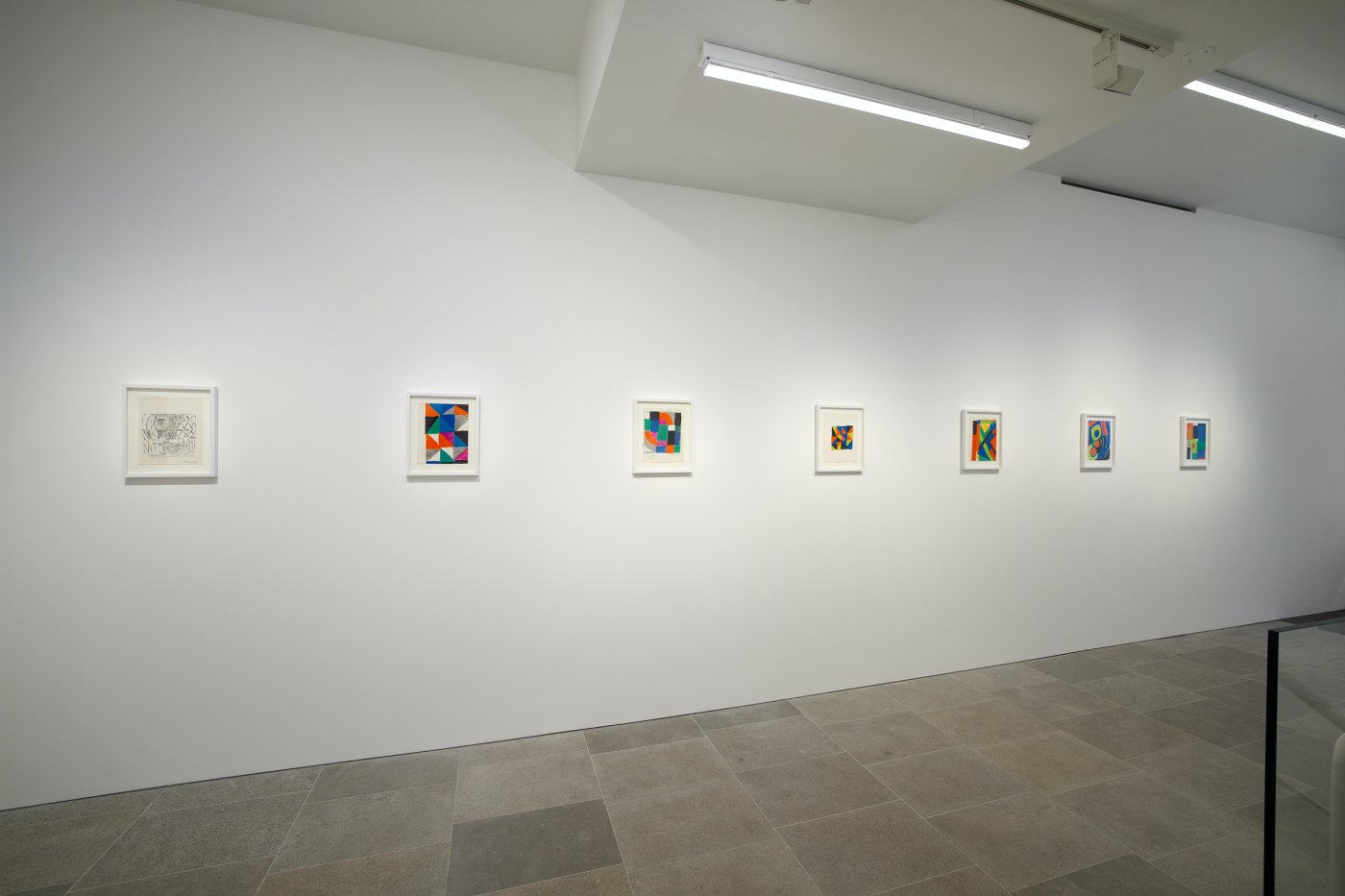 Published in 1966, Rythmes-Couleurs (Rhythm Colours) included 11 gouaches reproduced as pochoirs with text by Jacques Damase that extoled the ‘inner power of art through the juxtaposition of contrasting colour’. The poetic language of colour and form, pioneered by the radical movement of Orphism that Delaunay and her husband, Robert, developed in the mid- 1910s, is also known as ‘Simultaneous Contrast’ where the artist combines primary and secondary tones, imbuing the works with emotional and vibrant energy. This was inspired by the scientific theories of Michel-Eugène Chevreul.

Delaunay herself had been exposed to many different types of artist practice; born Sara Stern in Odessa, Ukraine, she then studied in St Petersburg before moving to Germany and Paris. There she was compelled to experiment with colour, stimulated by the German Expressionists, Fauves and Post-Impressionists who resided there. For Delaunay colour was ‘the skin of the world’ and she developed a fascination with making colour the focus of her works; this is particularly apparent in the Rythmes-Couleurs series where we see a heightened freedom in the rhythmic patchwork of abstract, bright forms, many of which became the inspiration for mosaics, textiles and tapestries. By using colour in a bold, imaginative way and by employing basic geometric forms in conjunction with this colour, Delaunay was able to suggest different depths of planes and a sense of movement in her paintings. Interestingly, Delaunay would regularly take early works of her and her husband (1910-20s) as the inspiration for her late-career works on paper, particularly the Rythmes-Couleurs series.

By the time of Delaunay’s death in 1979, her colourful contribution to modern art was being widely recognised. As well as being the first living female artist to be exhibited at the Louvre, President Pompidou gifted her painting Rythmes-Couleurs no 1633 to President Nixon during an official visit. Since her death, Sonia Delaunay has been the subject of major retrospectives around the world including most notably the recent exhibitions at Musée d’Art Moderne de la Ville de Paris in 2014 and Tate Modern in 2015.