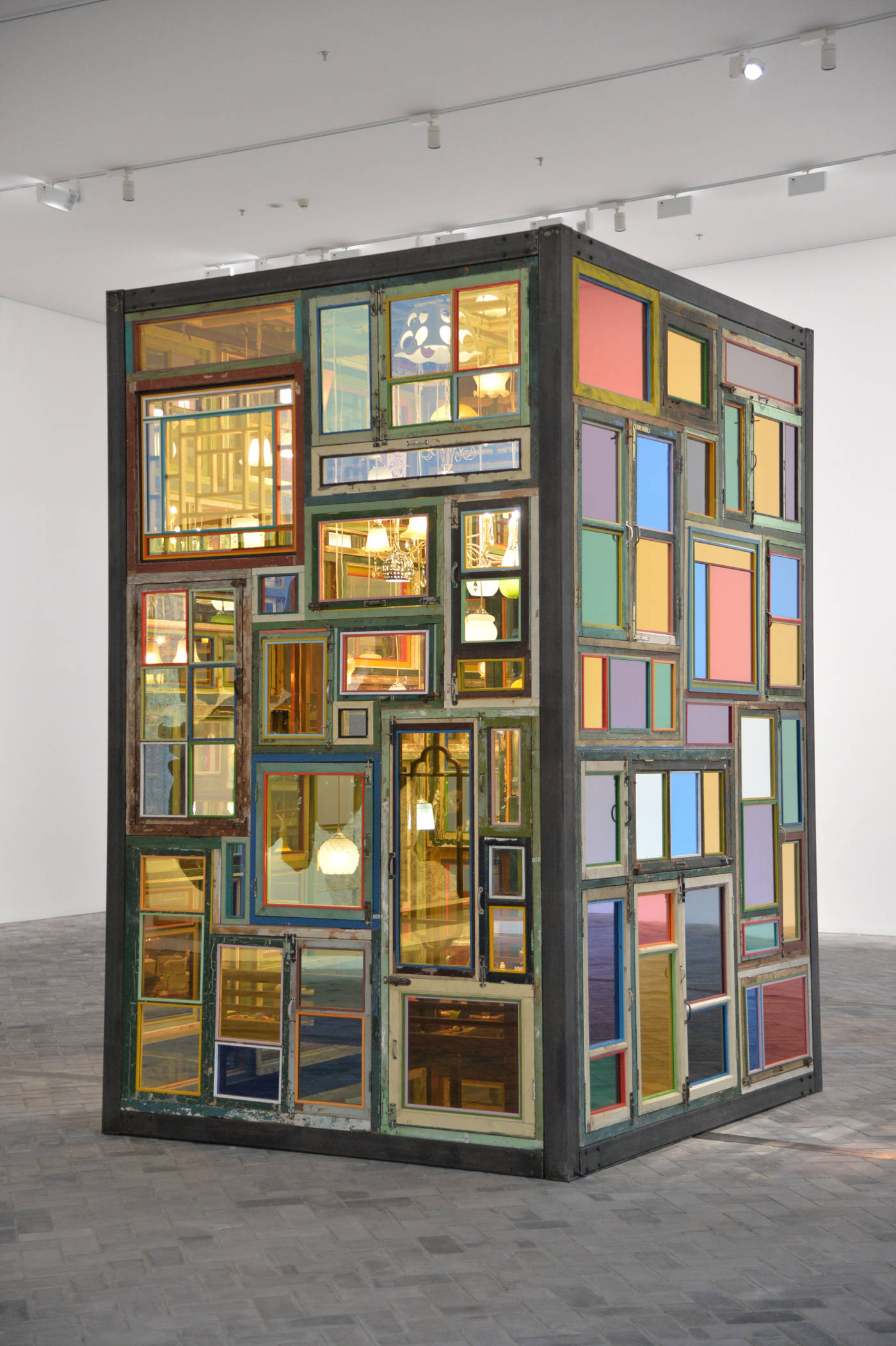 Conceived as a survey exhibition, this is the artist’s first opportunity to present significant works from 1995 to the present day in the UK.

“The purpose of my work is for the city I build to be destroyed. … As cities in Asia grow, old buildings are knocked down and new ones built, almost every day. Some cities have even been built from scratch in twenty years. … My city will be built of sweets and biscuits, making it tempting and delicious. When we are eating the city we are using our desire to taste it, but at the same time, we’re demolishing the city and turning it into a ruin.”

For three decades, Song Dong has been at the forefront of Chinese contemporary art. Since graduating from art school in 1989, Song’s artistic career has developed during a period of great political and social change in China, with modernization changing the face of cities and the lives of their citizens. In response to this provocative atmosphere, Song Dong’s art confronts notions of memory, impermanence, waste, consumerism and the urban environment. Simultaneously poetic and political, personal and global, his work explores the intricate connection between life and art.

Same Bed Different Dreams, refers to Song Dong’s continual return to the same core ideas via a variety of methods. His practice embraces a wide range of media; performance, photography, video, sculpture, installation and calligraphy, often within a single work. Song’s radical approach blurs the lines of past and present, fact and memory, humor and trauma.

In Broken Mirror (1999) and Crumpling Shanghai (2000), Song Dong uses video to capture the impermanent. Everyday street scenes in China unfolds, with passersby going about their business, only for their reflection in a mirror or their projection on a piece of paper to be smashed or crumpled by the hand of the artist. With these destructive acts, Song comments on the rampant industrial growth of the modern city; he is concerned with the fragility of things, of the fast-paced world that feels increasingly impossible to hold on to. Much like the rapid build and destruction of his edible cities, Song‘s video works and performance photographs such as Writing Time with Water Beijing (1995) seek to capture a fleeting moment in a world of constant change.

Song Dong’s Sketch series (2015) are the result of his desire to find use in the useless. While working in Jingdezhen, the centre of ceramic production in China since 200 BCE, Song became fascinated by shards of porcelain tossed to the side of the road, splintered by the firing process. Song found beauty in their jagged imperfection. Referring to the intended dimensions of the original plaque, cobalt blue glazed measurements on each piece remind us that these works are sketches of the original, shadows of their former selves.

Always working with the humblest of materials, Song Dong constructs sculptures using the detritus of old Beijing. Discarded furniture, and parts of demolished courtyard homes can all be easily identified in Song Dong’s most recent body of works. Taking centerstage in the exhibition, Different Dreams on the Same Bed No. 3 (2018) has been created using everyday household objects, such as crockery, pendant lights and decorative knick-knacks. These mundane objects are presented behind a polished case composed of salvaged window panels, the useless byproduct of modernization. Though each window has been carefully enhanced by Song Dong with vibrantly coloured mirror or glass, their recycled nature is nevertheless evident from the still flaking paint and rusting latches. These collaged remnants of people’s homes carry with them the history of a city and the lives of its people. As viewers are invited to peek inside, they are transformed into voyeurs: imagining their homes, their stories and perhaps identifying shared experiences.

Food is a shared experience for all, it sustains life while creating culture and ritual. Song Dong has turned to food as a medium and subject throughout his career, utilizing its common nature to resonate with the broadest audience. Edible Penjing No.1 to 4 (2000), is the photographic documentation of an interactive performance held in London in 2000. Song used basic foodstuffs such as salmon, chicken thighs, minced meat and broccoli to create four Penjing, the Chinese art of creating miniature landscapes. The calligraphic inscriptions, which non-Chinese speakers may assume are lines of elegant Chinese poetry, are in fact lists of ingredients and cooking methods used to create the artwork: “three salmon heads, cooked in the microwave, and a little bit of skin, dotted with broccoli, pour on soy sauce; add other seasonings to taste”. Song Dong relies on this assumption by Western audiences in order to fulfill his intention of humorously juxtaposing two contrasting cultures and stimulating curiosity. Such playfulness is a recurring theme in Song’s practice as he strives to comment on East–West dynamics against the increasingly globalized modern world.

In the Mandala (2015) series, Song Dong takes inspiration from Tibetan Buddhist ritual, where a circular image is created in a painstaking process of laying down granules of crushed coloured stone in an intricate pattern, only to be swept away once completed. Song subverts this tradition by creating his Mandalas using pulses, seeds and spices from around the world. The use of seasoning as a medium exemplifies how Song elevates both the everyday and the ephemeral to the status of high art.

Song Dong is currently included in The Allure of Matter: Material Art from China, an exhibition presented at LACMA until 5 January 2020.