BASTIAN presents Sommergäste, a new summer series of single work spotlight exhibitions. This unusual and exciting series sees each work exhibited for three weeks, throwing a spotlight on a stand-out piece from an outstanding artist’s oeuvre. 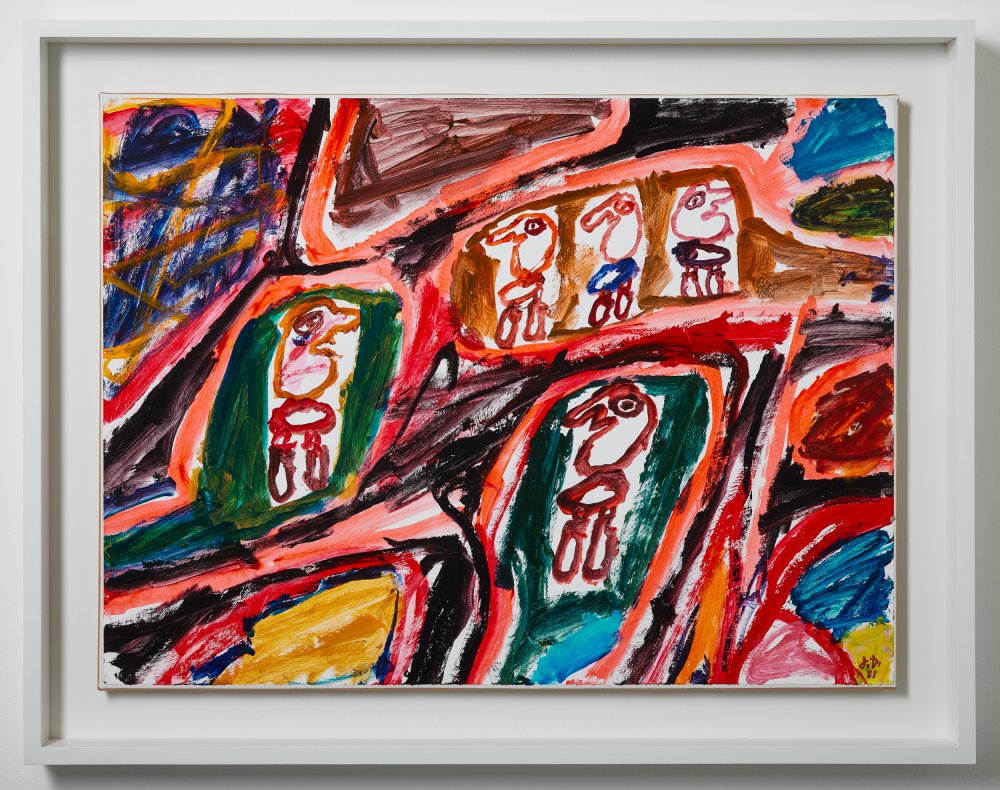 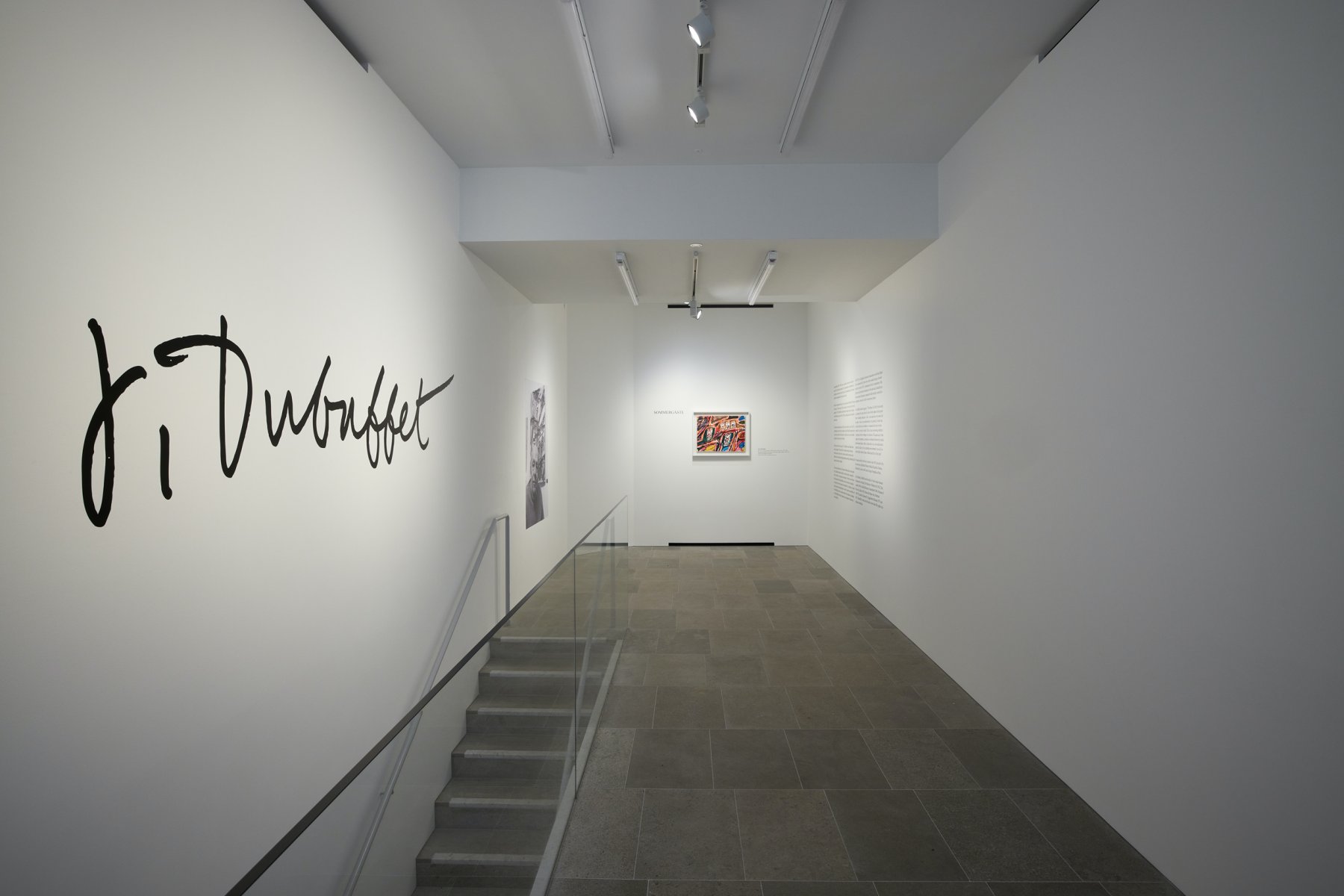 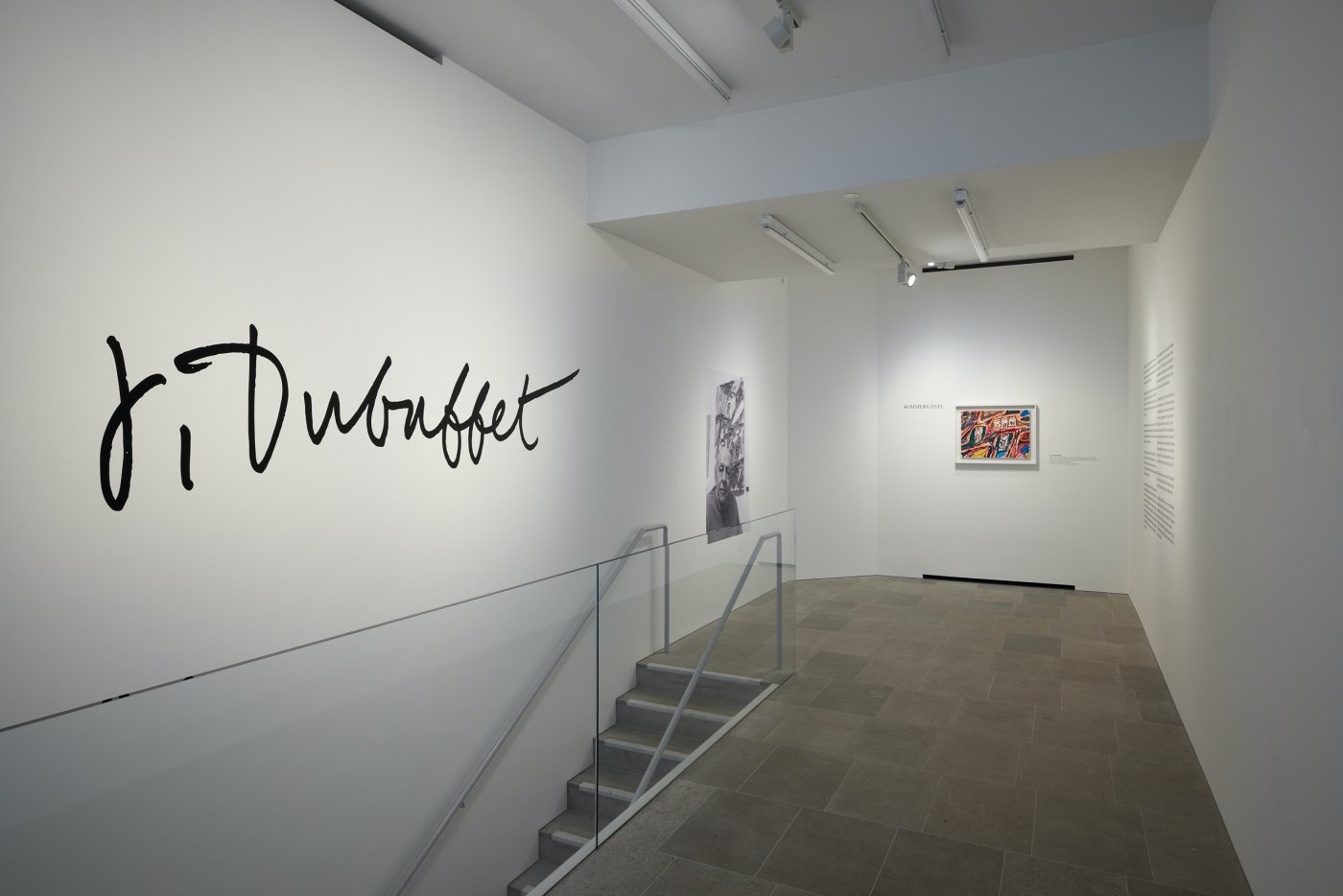 The first Sommergäste is Jean Dubuffet’s brightly coloured and wonderfully exuberant work, Site avec 5 personnages [Site with 5 characters] – a timely exploration considering the current London survey show at the Barbican which will be on view until 22nd August. French artist Jean Dubuffet (1901-1985) is considered one of the most singular and provocative voices in post-war modern art. Many artists long for the painterly freedom and the power that engulfed their earlier work but few are able to carry it into their later years. Matisse’s riotous cut-outs and Picasso’s raw, dramatic late portraits are marked exceptions. Dubuffet is another.

This acrylic on paper on canvas from 1981 is a key example of Dubuffet’s acclaimed late series known as the Psycho-sites. Feverishly executed over the course of 1981-82, the works have a spontaneity and vitality that is totally apart from his earlier body of work.

Dubuffet’s ‘passants’, or “passersby” populate unlocatable sites and places, enclosed in their own personal spheres while scrawls, patterns and other drawings charge each composition. Linked in the materiality of their execution – acrylic on paper, laid onto canvas, the series boasts a host of similarities but none are equal to one another.

Jean Debuffet said of the works, The theme [of the Psycho-sites] is constantly the same; that of a site in which appear varying numbers of standing characters. A site – one could also very much call it a place – that is very undetermined, very general, of which one could not know to say whether it is situated in the city or in the country, in a room or outside… More so than with a site, one would need to speak of an idea of a site, something more abstract if you will, no more than the notion of place, without specificity of any kind.