BASTIAN presents the first London exhibition of German artist Ulrich Erben for over three decades. Showing new and recent works, the exhibition offers a timely insight into the artist’s later oeuvre and coincides with a major solo show at Josef Albers Museum in Bottrop, Germany. 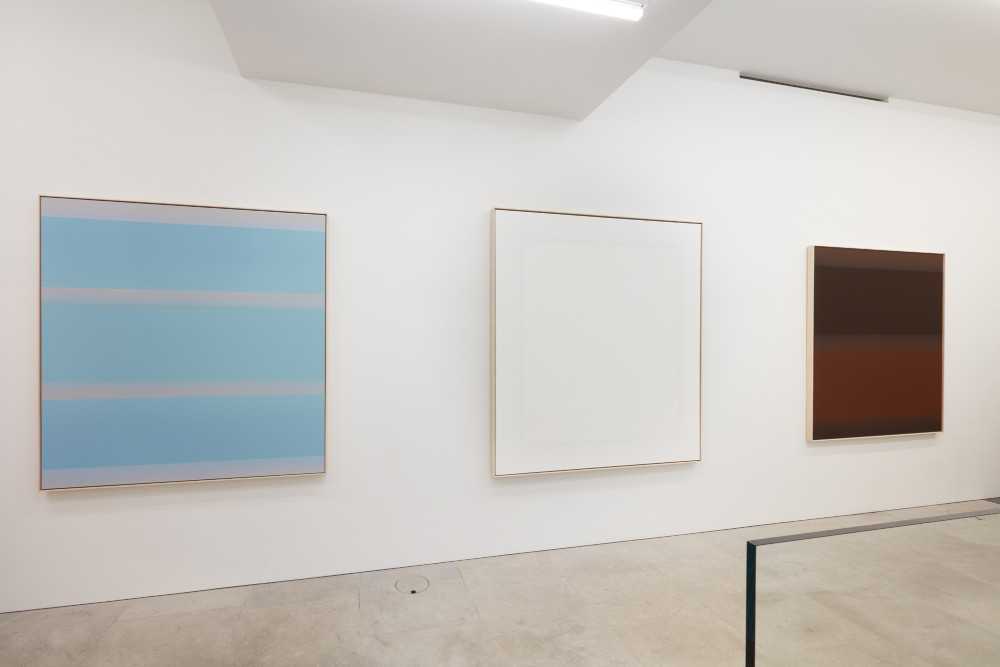 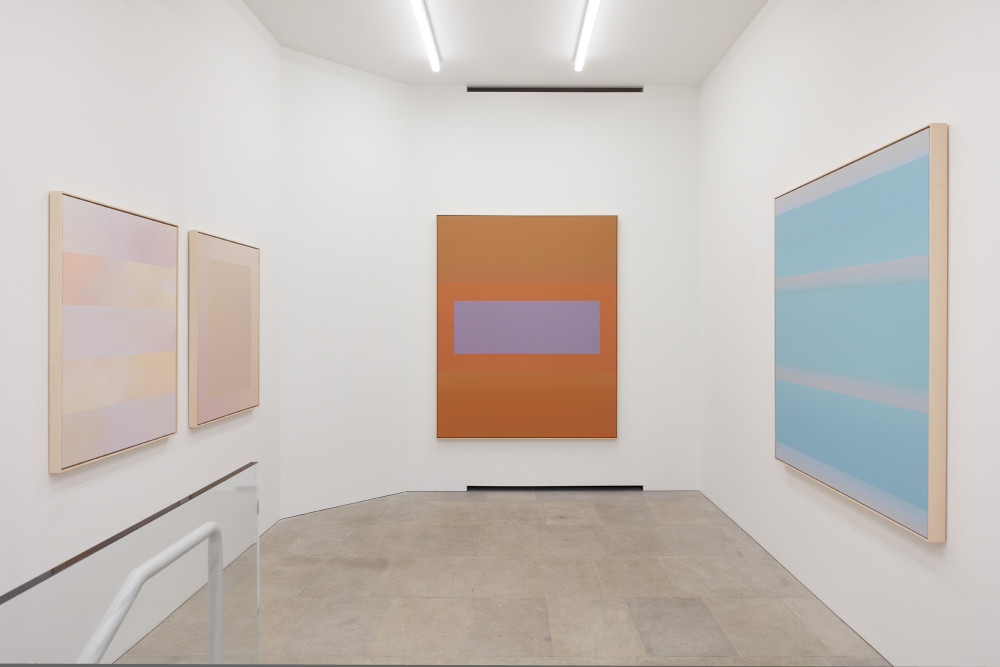 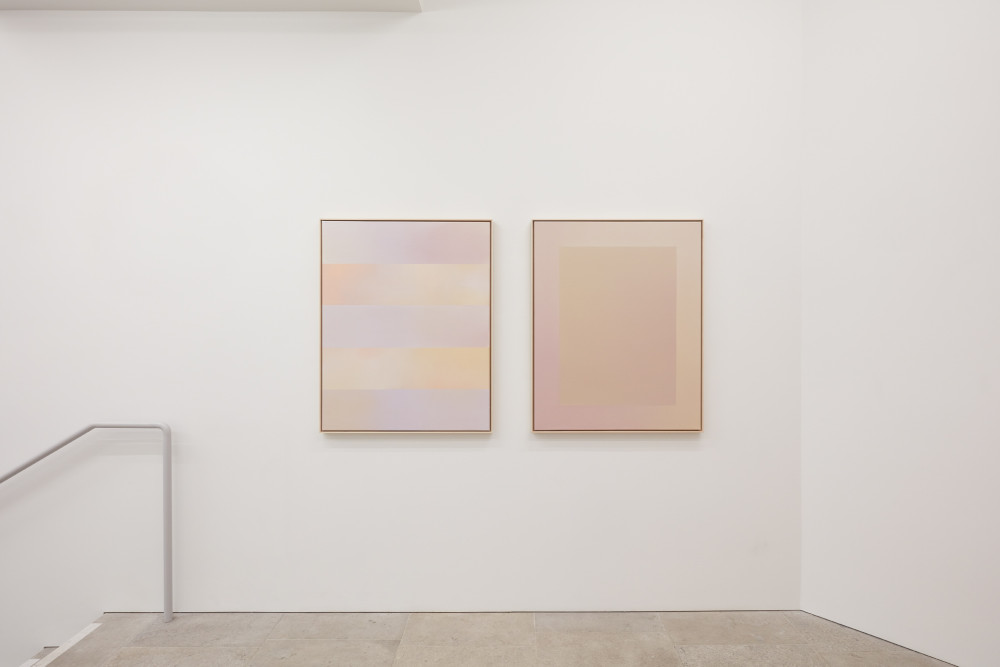 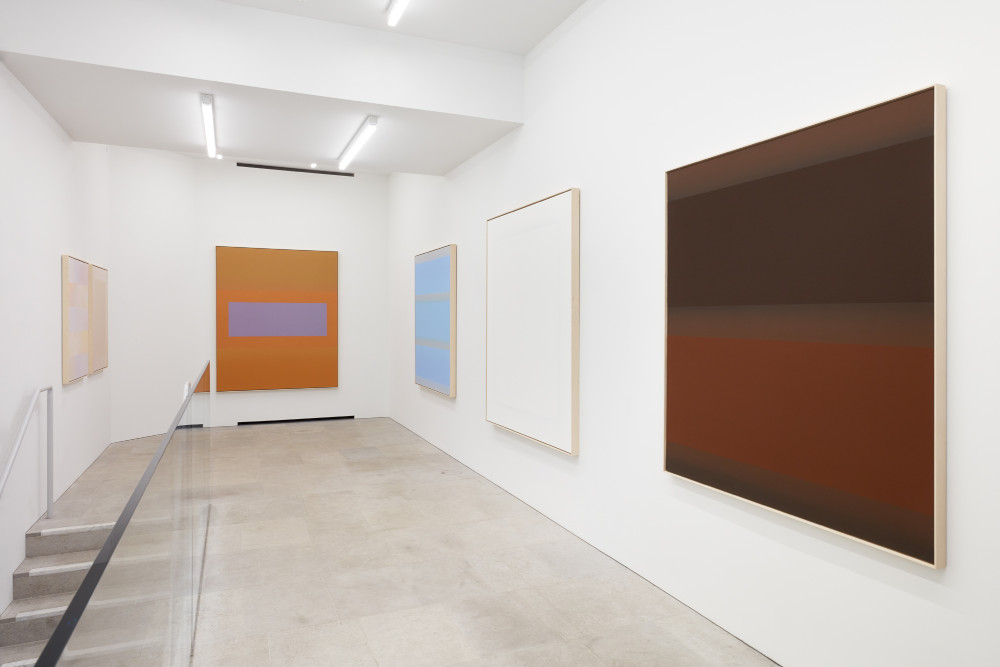 Regarded as one of the masters of colour field painting, Erben’s early works – informed by his interaction with landscapes, having spent years in Italy and Germany’s Lower Rhine region – gave way to an artistic practice rooted in exploring the relationships between colour, light, tone and harmony. Erben’s founding interest in landscape plays a crucial role in the understanding of his later, more reductive works which are similarly contextual; much as the landscape is a »vessel of memory« for the changing world around it, recent works experience various lives through multiple interpretations.

Characterised by varying colour intensity and structural compositions, these two pillars of Erben’s work are inextricably linked. Interior forms float within the picture plane, creating subtle contrasts in tone and hue with their surroundings. Often illustrating slight gradients in light, the motion of these elements appear to fluctuate and vibrate, as though at once drawn together yet repelled apart. The artist explains: »My intention is to express a certain involuntariness, a spontaneity with my paintings. Even though they’re not painted in a spontaneous manner, I don’t want them to be static. Life itself is full of spontaneities.«

The exhibition coincides with Mayfair Art Weekend, 28 – 30 June 2019 where journalist Stephanie Dieckvoss will be in conversation with Aeneas Bastian who will personally introduce the work of Ulrich Erben. The talk will take place at 12 PM on Sunday 30th June 2019 at Bastian gallery. Please contact us for further information.

Ulrich Erben (b. 1940) lives and works in Düsseldorf. Between 1958 and 1965, Erben studied at art academies in Hamburg, Berlin and Venice. His has been the subject of numerous solo exhibitions across museums in Germany, including: Farben der Erinnerung, Museum DKM, Duisburg (2011); Was ich sehe – Bilder aus Italien, Von der Heydt-Museum, Wuppertal (2004); and Retrospektive, Museum Wiesbaden, Wiesbaden (2003). Erben has exhibited internationally, having works shown at the Villa Borghese, Rome (2006) and the Shiga Museum of Modern Art, Osaka (1992), amongst other public institutions. The artist is represented by BASTIAN in Germany and the United Kingdom.