Smaïl Kanouté, at once a visual artist, dancer and choreographer, presents a new body of work, The Black Samurai in Japan, inspired by the life of Yasuke Kurosan, an African slave who arrived in Japan at the end of the 16th century, and was, exceptionally, accorded the status of a Samurai. 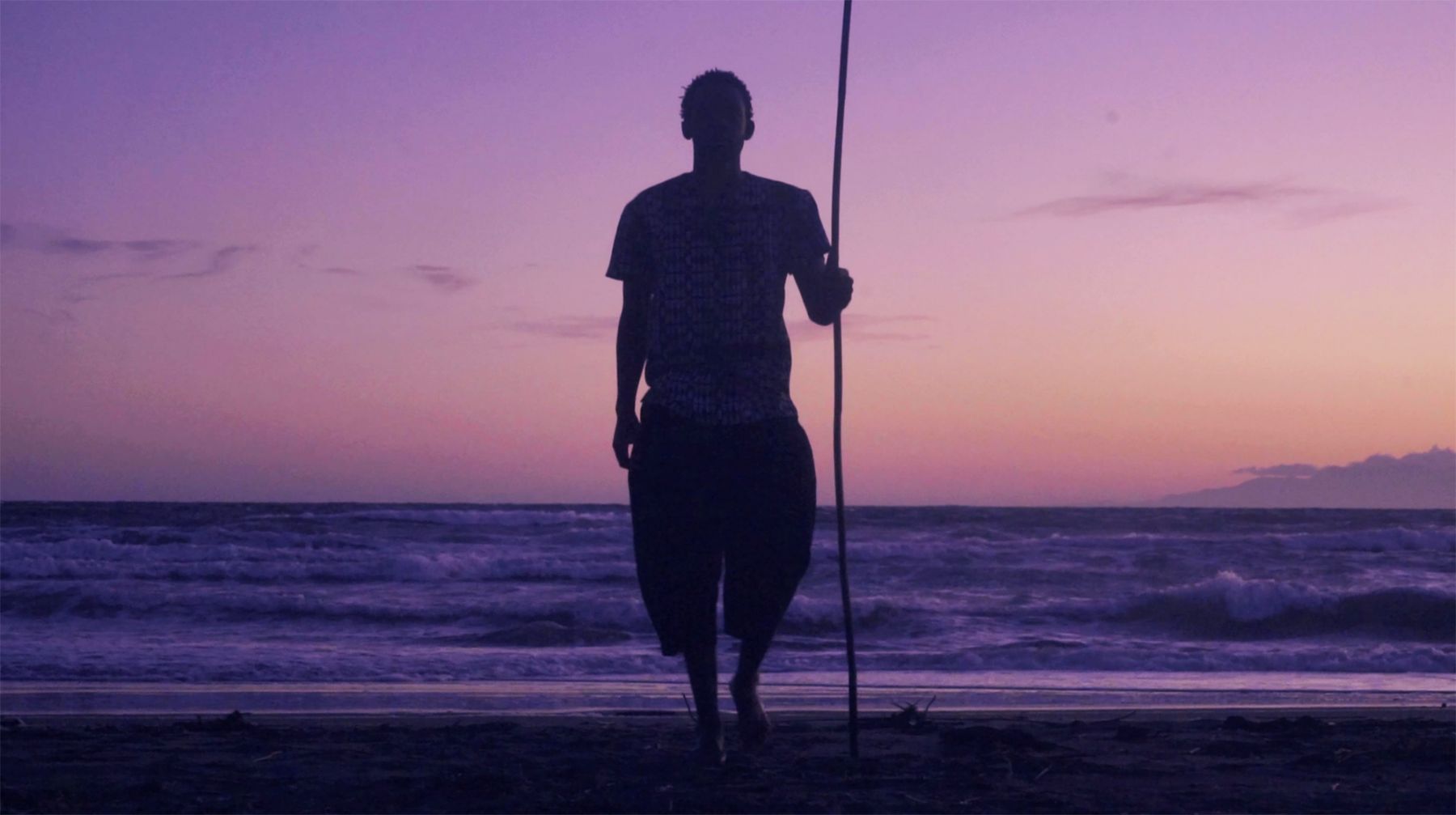 During its second exhibition in the season at the Studio – a space devoted to emergent photography and time–based media – the MEP is showing Smaïl Kanouté’s new choreographic project, which was co–directed by Smaïl Kanouté and Abdou Diouri and filmed by Abdou Diouri. As a multimedia artist using and combining many forms of expression, Smaïl Kanouté engages both the visual and aesthetic codes of contemporary dance, with live performance and calligraphy.

Smaïl Kanouté has taken his inspiration from questions of ethnicity – Fula in particular – Dogon Cosmogony and the graphic and urban style often associated with hip–hop, but is also interested in alphabets and calligraphy. The Black Samurai in Japan develops a dialogue between African, Japanese and Aboriginal motifs, for example ‘Vai’ which was used during the African slave trade. But this approach of linking a diversity of forms of creation – dance, voice, music, motifs – is a pretext for a quest to bring together the traditions and modernities of both Africa and Japan.

“Bringing in the movement of Afrofuturism, I’m recreating a hybrid dance form inspired from an unknown past to create a present and a future at the crossroads of African and Nippon culture. In this rewriting of the present, my body will confront the Japanese people, their codes, architecture and nature.”

On the borderline between fiction and documentary, Smaïl Kanouté has constructed a narrative about the traces of a recovered legend, concerning Yasuke Kurosan, a slave from Mozambique, who became Japan’s first black Samurai. Smaïl Kanouté’s choreographic writing depicts the metamorphosis of a slave’s bent body into the proud, upright figure of a Samurai and thus creates an encounter between African dance and ‘Bushido’ (the Samurai code of honour). Through rituals, danced ceremonies, as well as visits to spiritual and symbolic sites, Smaïl Kanouté has taken his inspiration from aikido, bushido, the tea ceremony and Buto (a form of contemporary Japanese choreography), to explore at once dance, energy and a state of being. This film, which forms the second chapter of a triptych, deals more broadly with the impact of colonialism and the persistence of ancestral rites in an affirmation of identity.

The artist considers that this new project symbolises the achievement of a graphic quest which he has been carrying out for some time and he says: “Japanese calligraphy and African motifs have a relationship with the body which can be seen as dance and a meditative motion borne up by a great creative energy. It is a connexion and a constant dialogue with the spirits that continue in these two cultures, from Japan and Mozambique. Graphic and danced creation come together in a perpetual quest to make the invisible visible.”

Smaïl Kanouté, who graduated from ENSAD, is at once a graphic artist, printmaker, visual artist and professional dancer. He has presented a large number of productions in the world of fashion, especially for the designer Xuly Bët. In 2014, the choreographer Radhouane El Medded included him in a hip–hop show Heroes – Prelude, then, in July 2016, Smaïl Kanouté performed this show in its extended form with the Ballets de l’Opéra de Marseille.