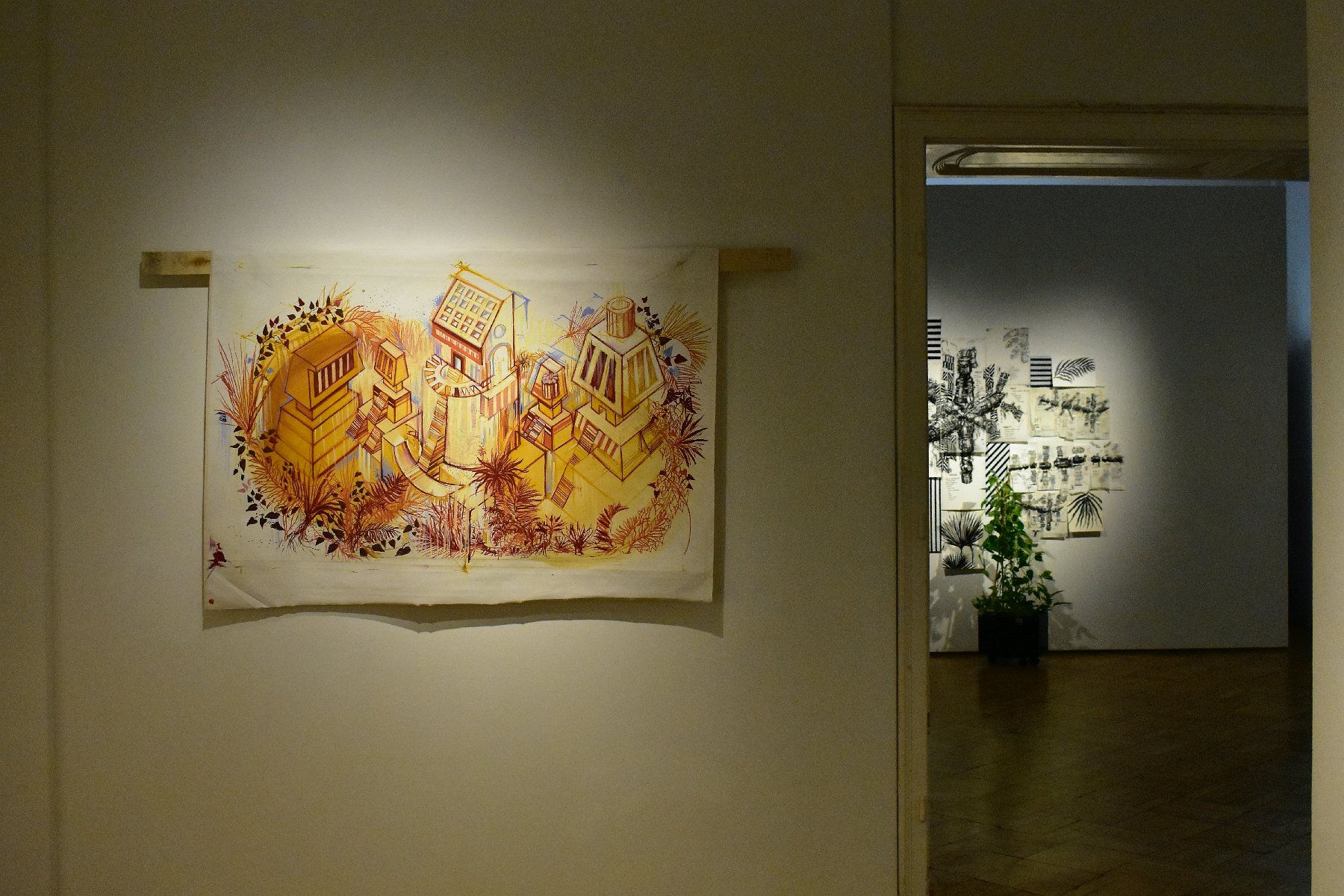 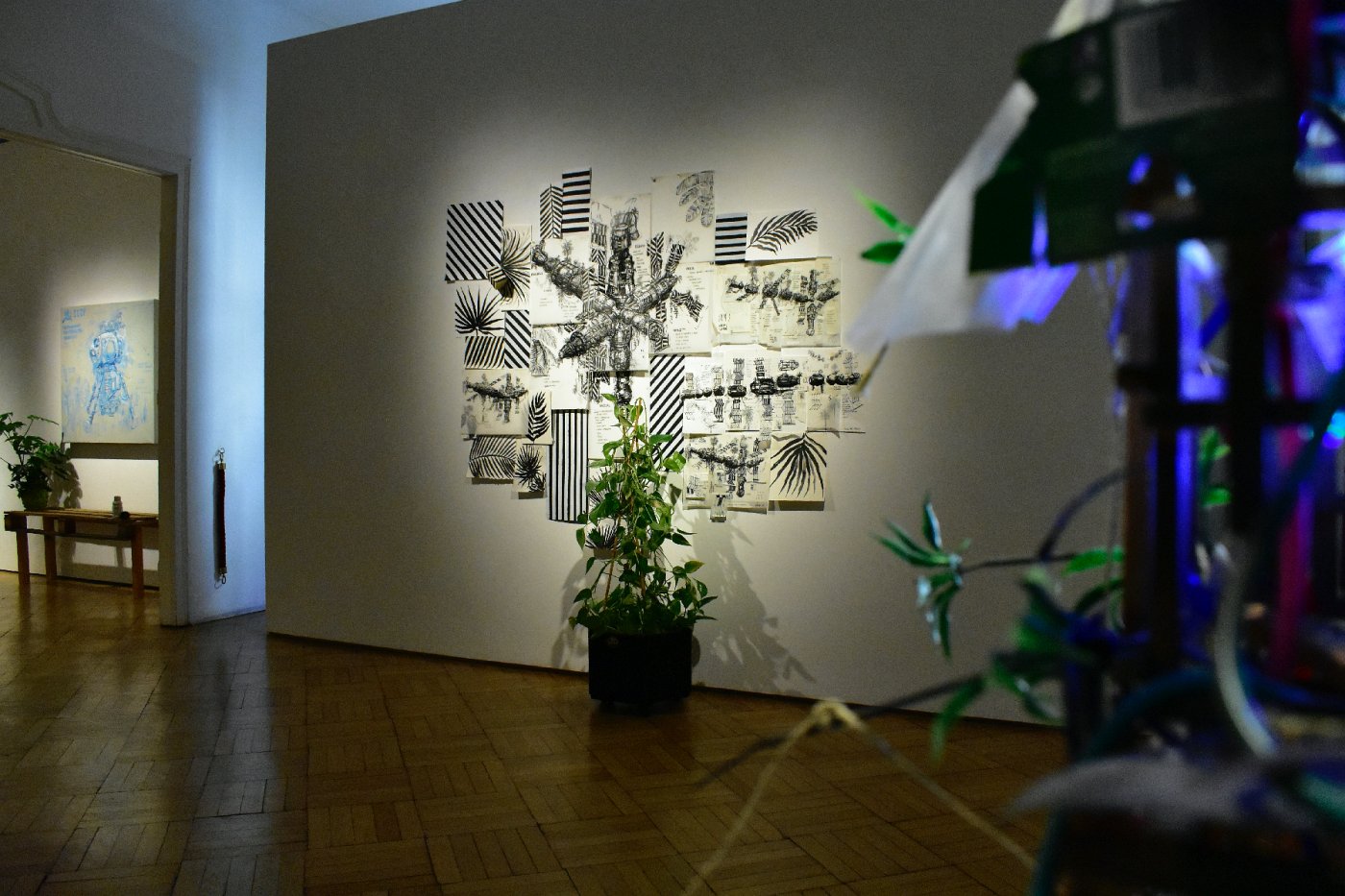 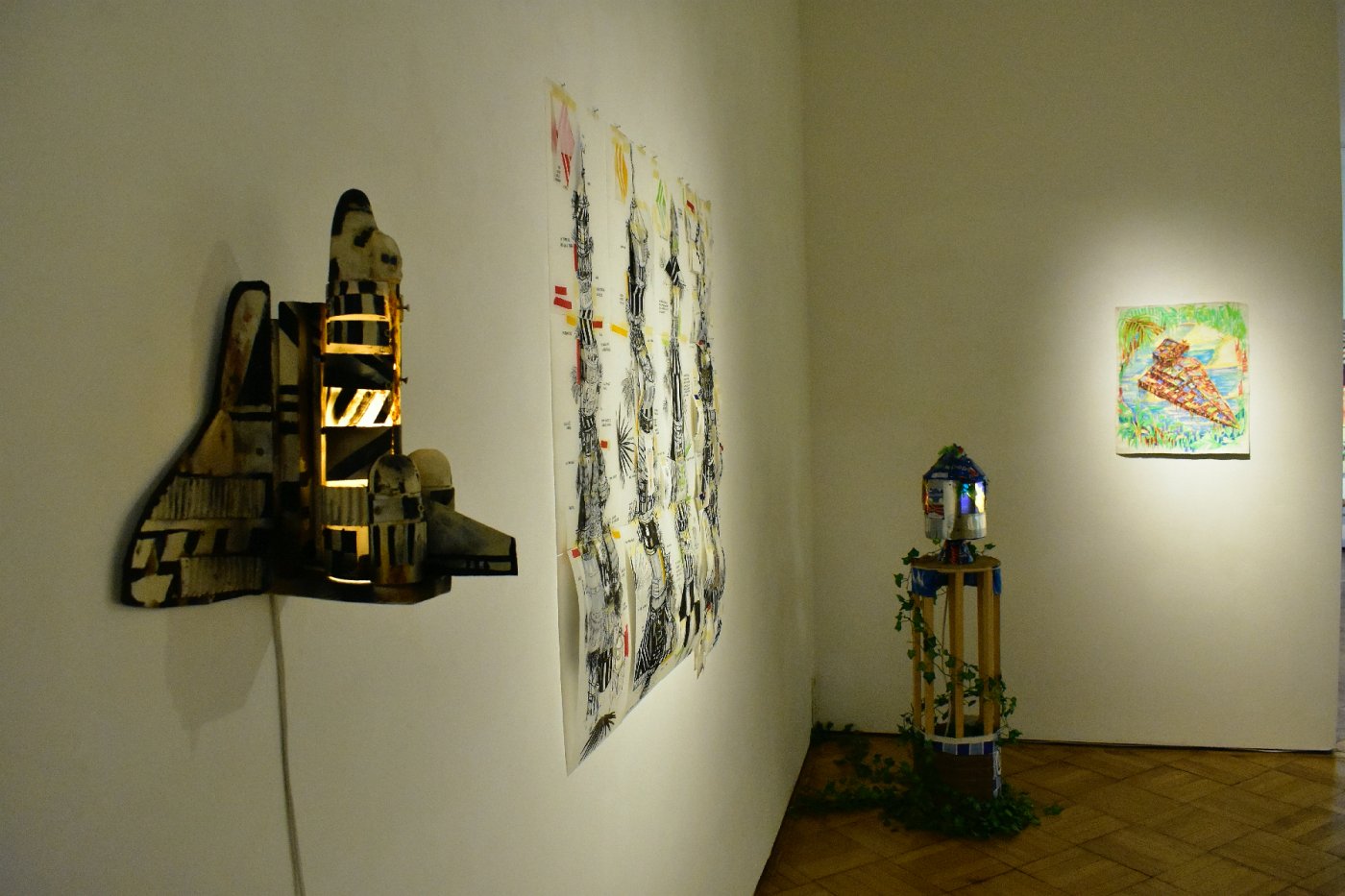 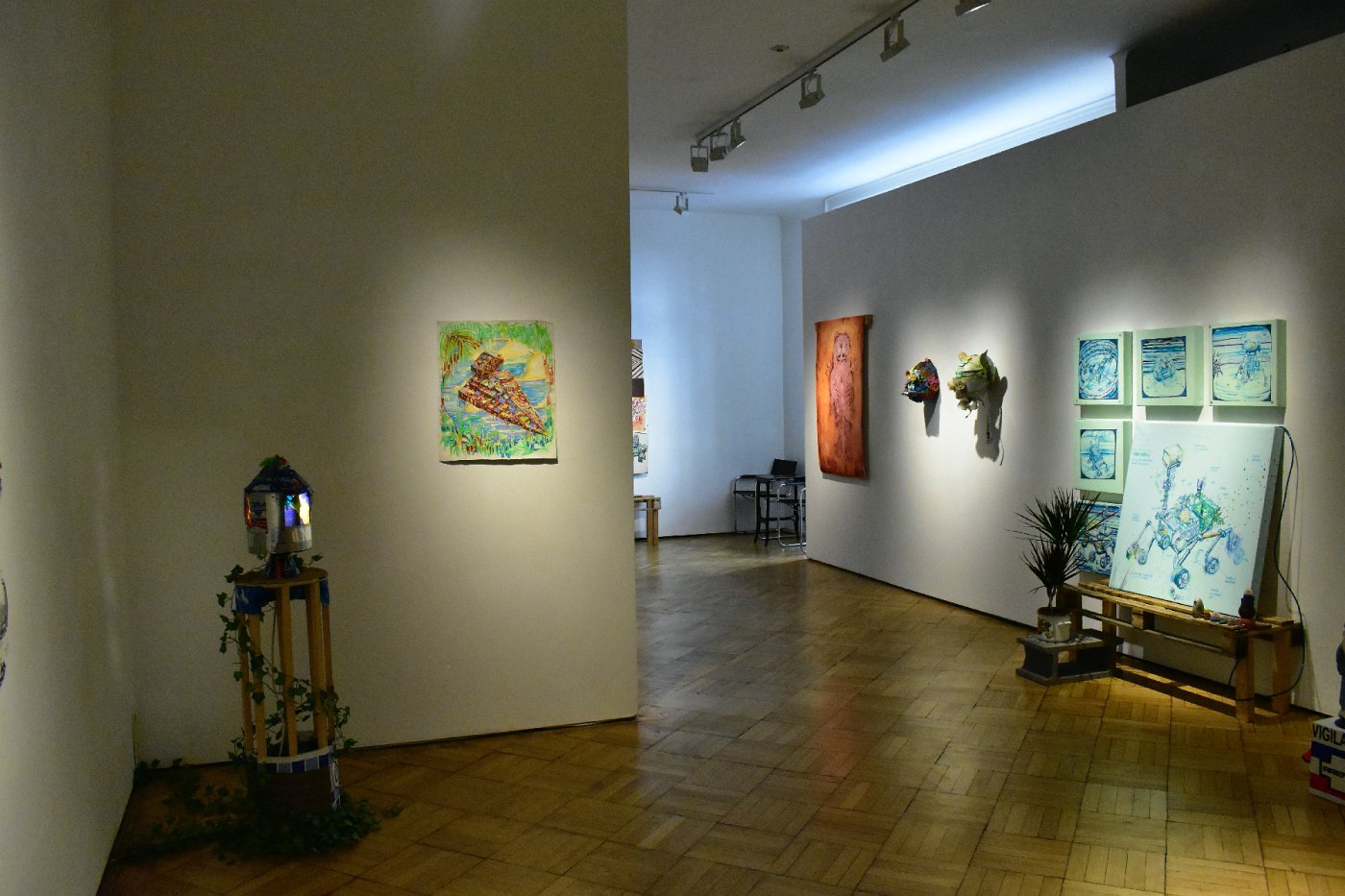 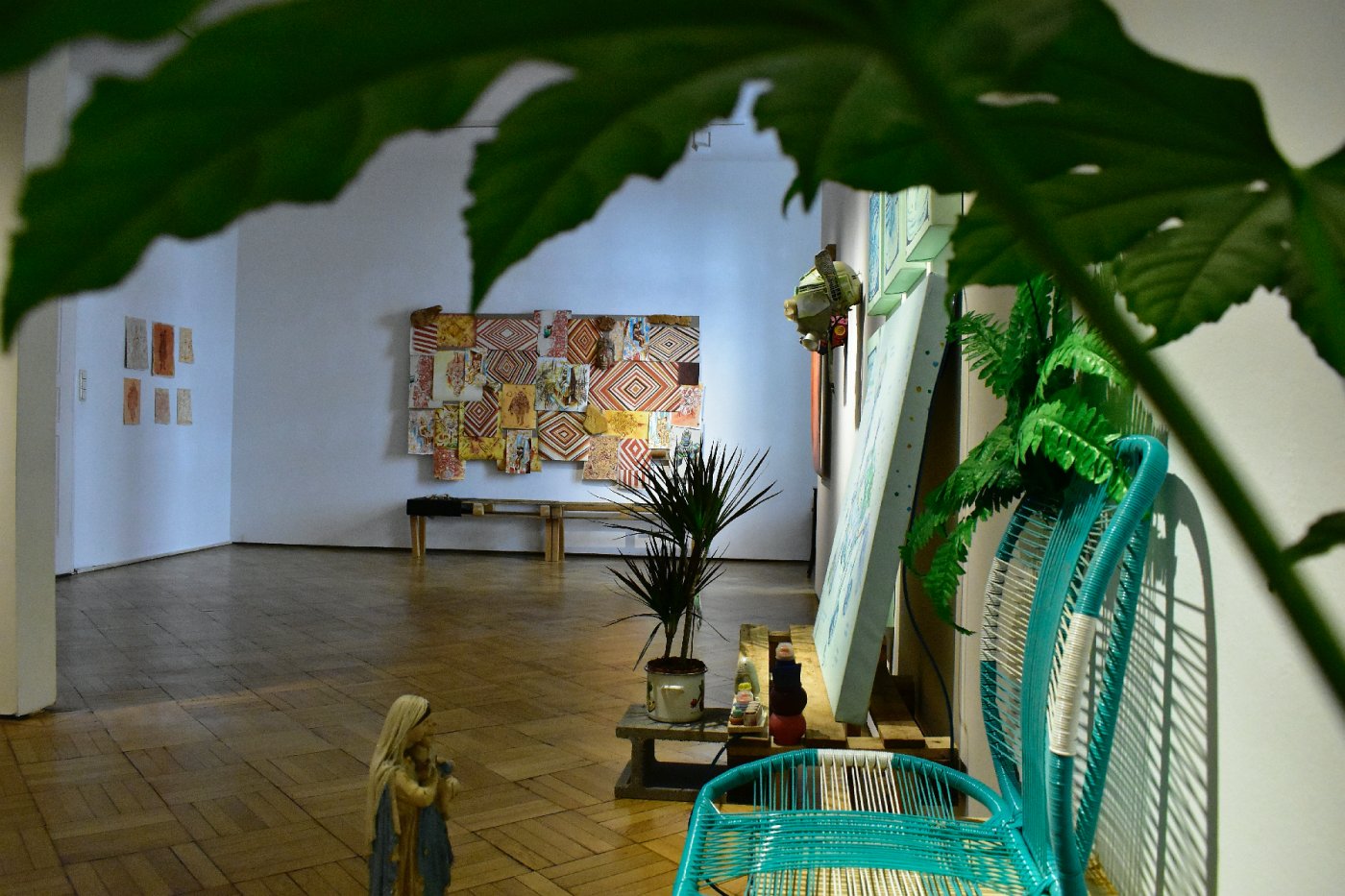 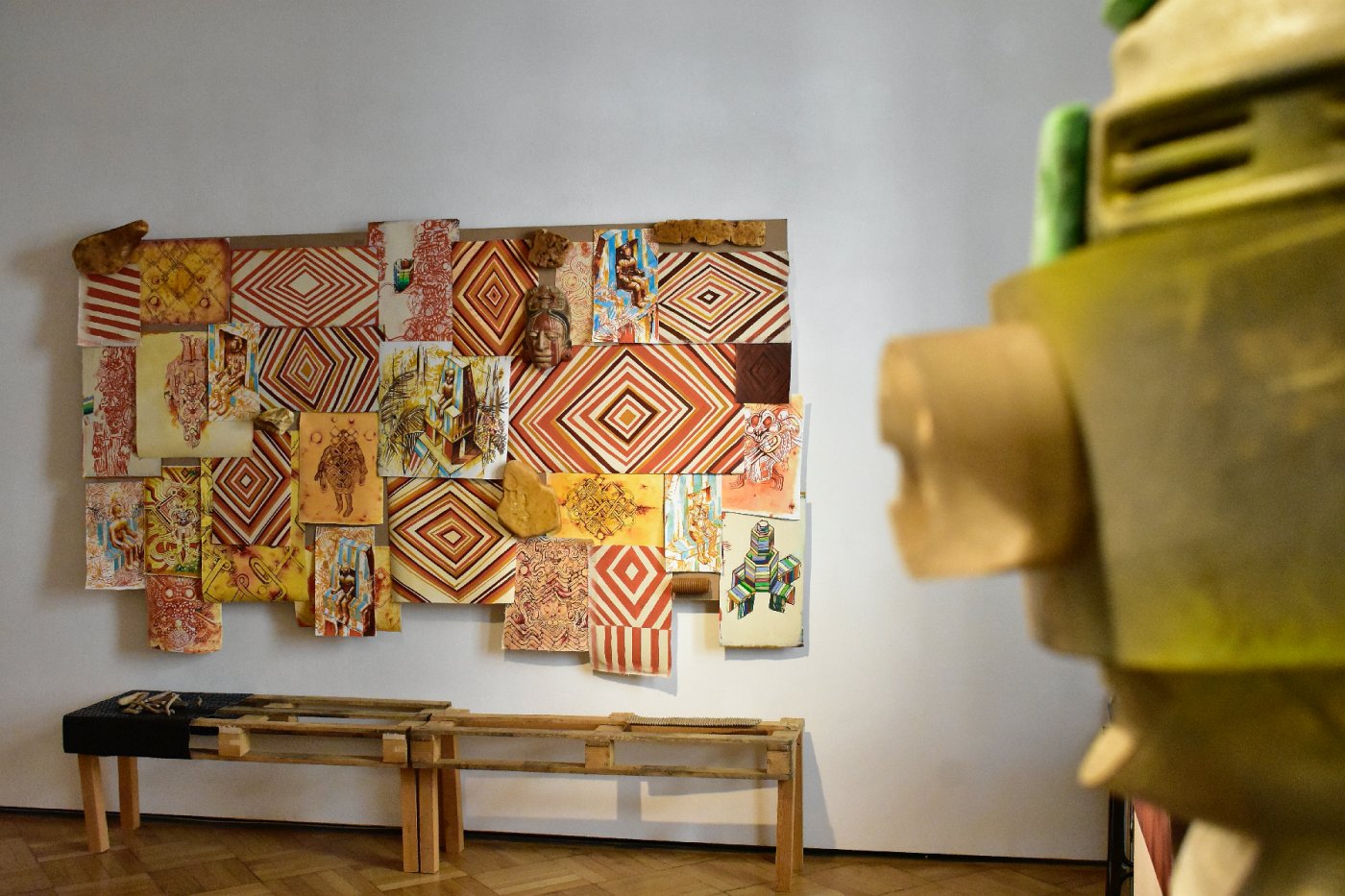 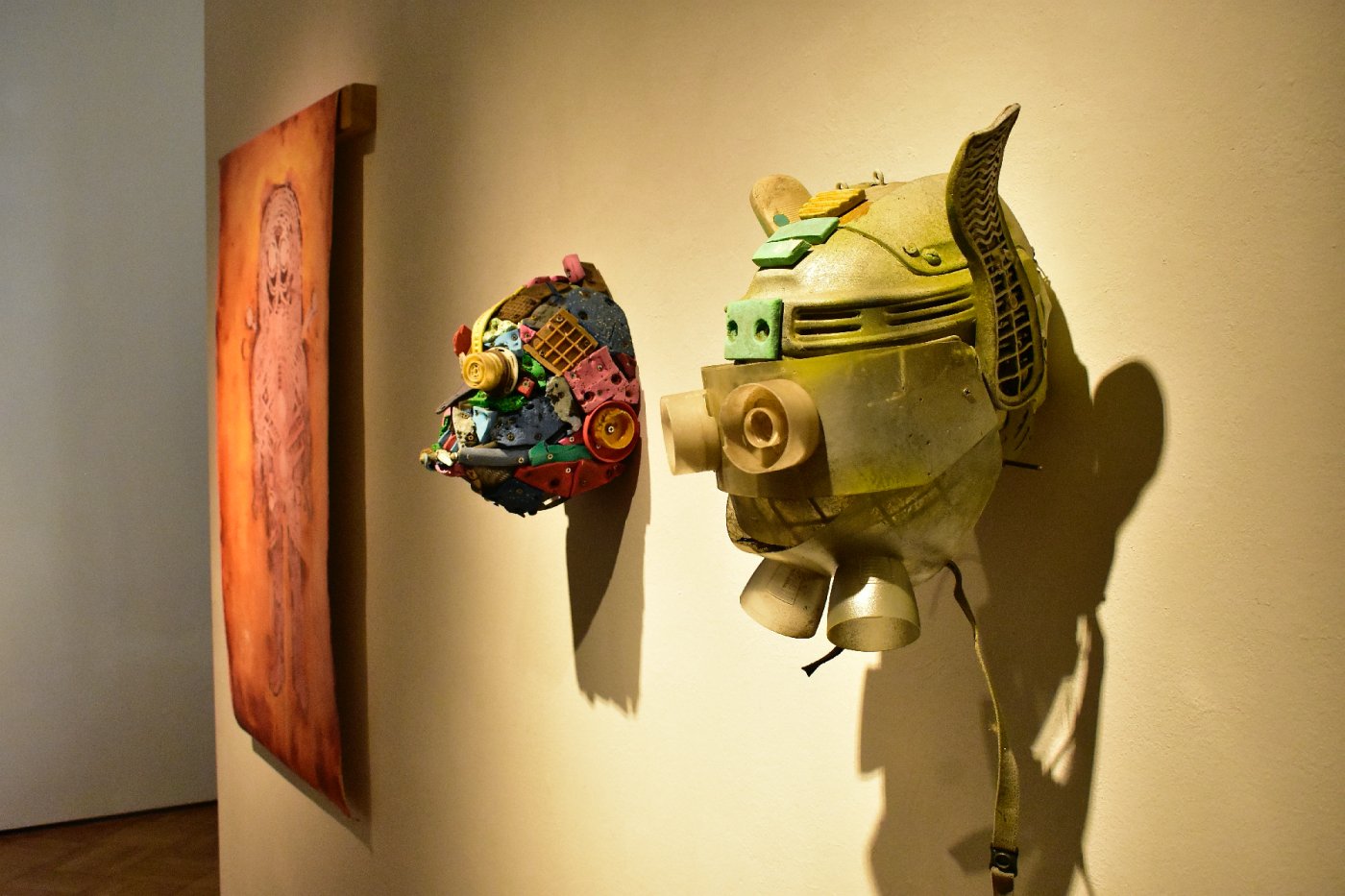 The show encompasses three different series of works running since 2009: ‘Hybrid Architectures & Mental Constructions’, which deconstructs and analyses Modernist architecture and early 20th century utopias as they were applied in Latin America and the Third World; ‘Tropical Space Proyectos’, which deals with the Space Race and the effects of the Cold War in contemporary Central America and most recent of them ‘Futuros Pasados’, in which the space theme is carried beyond the historic exploration vehicles developed during the Cold War towards inexplicable phenomena, conspiracy theories, Palaeolithic art and contemporary science fiction. In all these works the informal, temporary and flexible materials and methods of construction used in shantytown and street vendor stands are used by the artist to create objects, buildings and machines whose designed functions and logic are subverted in order to create a dysfunctional and humorous vision of reality, space and time.

Whilst the artist is better known for his large scale sculptures and installations, in this exhibition it’s the drawings, collages and objects that run preliminary, parallel and after the sculpture’s process that take the centre stage.

Simón Vega creates drawings, objects, sculptural installations and happenings inspired in local markets, self-made-architecture and vendor carts found in the streets and beaches of Central America. His sculptures are Third World replicas of the sophisticated capsules and satellites developed by NASA and the Soviet Space Program during the ‘Space Race’, however, they are assembled with found materials and they include transmutable elements, coloured lights and live plants. This series, titled Tropical Space Proyectos comments on the effects of the Cold War in contemporary El Salvador and Central America. In other works the artist parodies Mayan pyramids, Modernism’s iconic buildings and contemporary surveillance systems, creating an ironic and humorous fusion between first and third worlds.

Born in El Salvador in 1972, Simon Vega graduated in Fine Arts at the University of Veracruz in Mexico in 2000 and received a Master´s degree in Contemporary Arts from the Complutense University in Madrid in 2006.
He has exhibited his work extensively in Europe, the United States and Latin America, including the 55th Venice Biennial in Italy (2013), the IX Havana Biennial, in Cuba (2006), at the Coachella Music Festival in Indio, California (2018), at the Bronx Museum in New York (2019) and most recently at the Centre Pompidou, París for the exhibition Cosmópolis 2. He has had solo exhibitions at the Museum of Contemporary Art and Design in Costa Rica, at Locust Projects, Miami and at the Hilger Next Gallery in Vienna amongst others.
He lives in La Libertad, El Salvador.