Petzel Gallery presents Mine, a new exhibition by Simon Denny at the gallery’s Chelsea location. 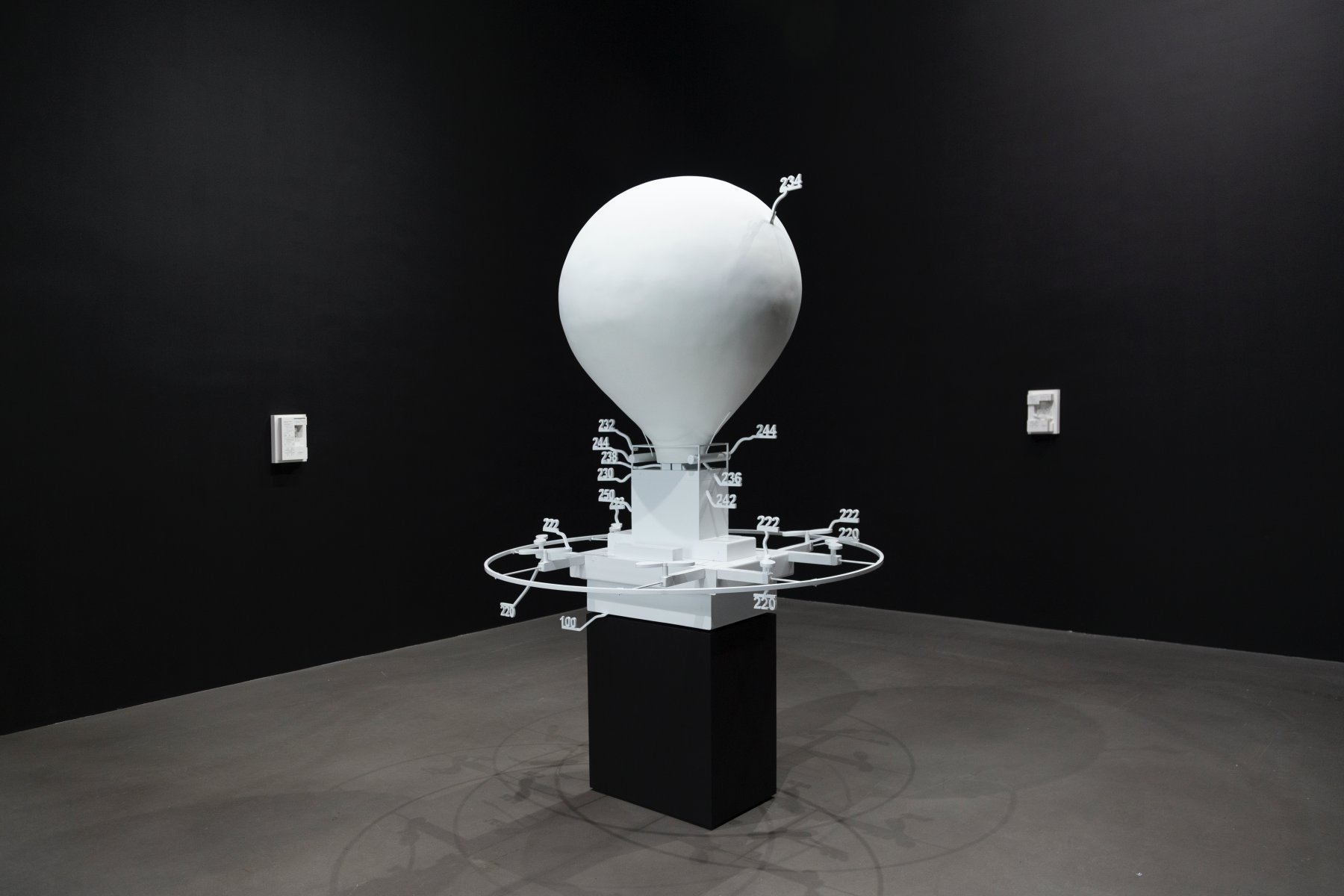 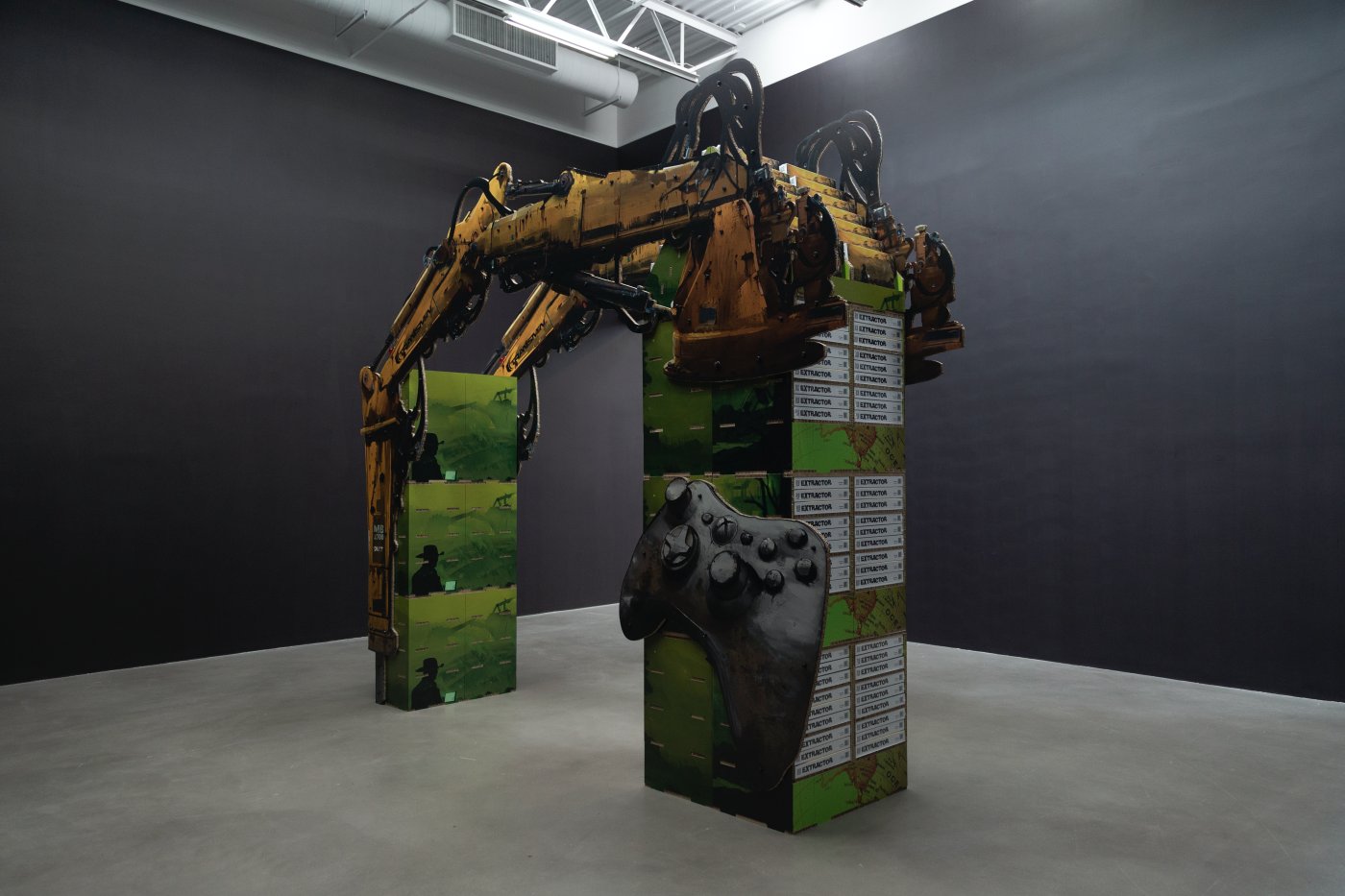 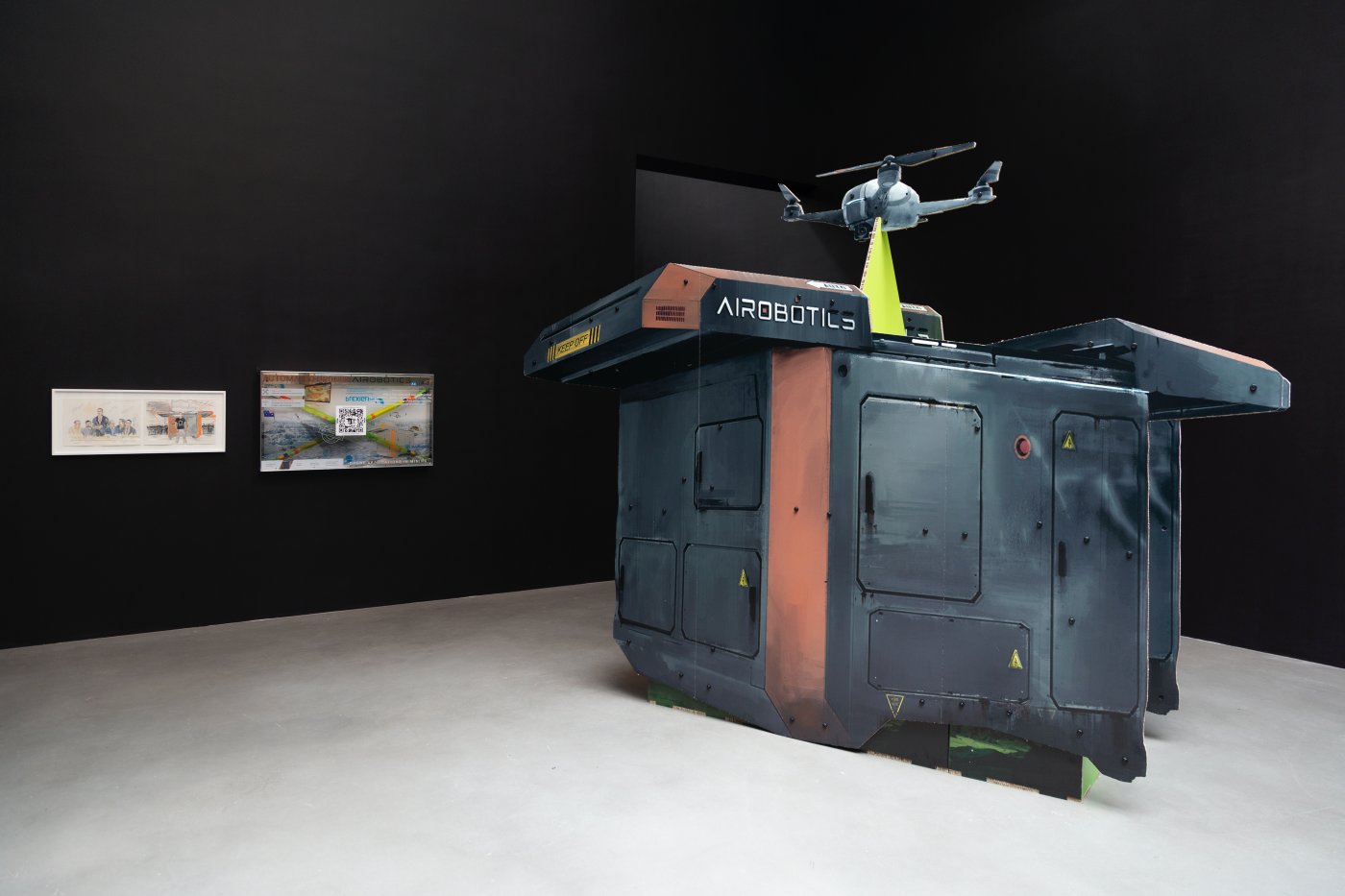 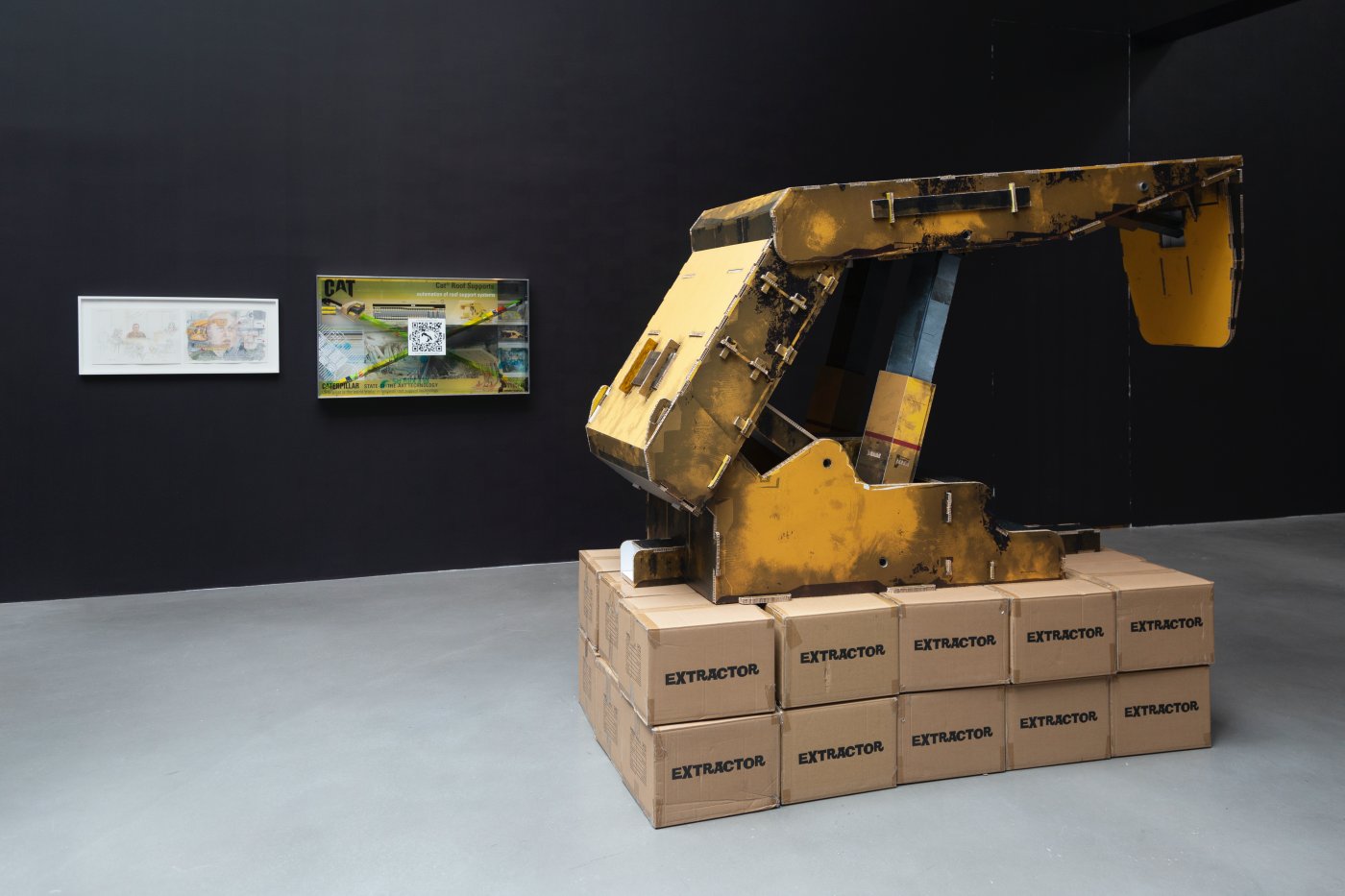 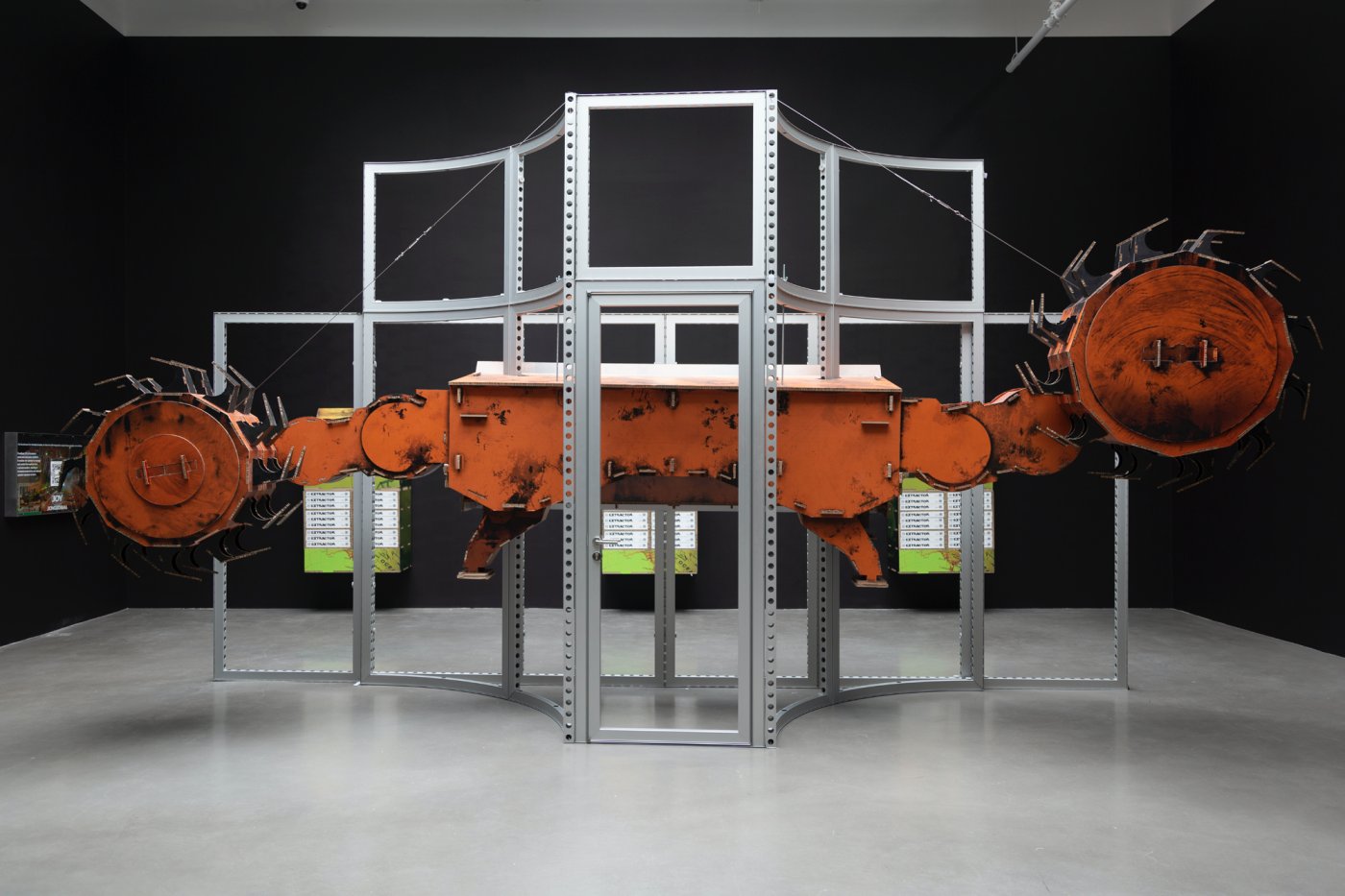 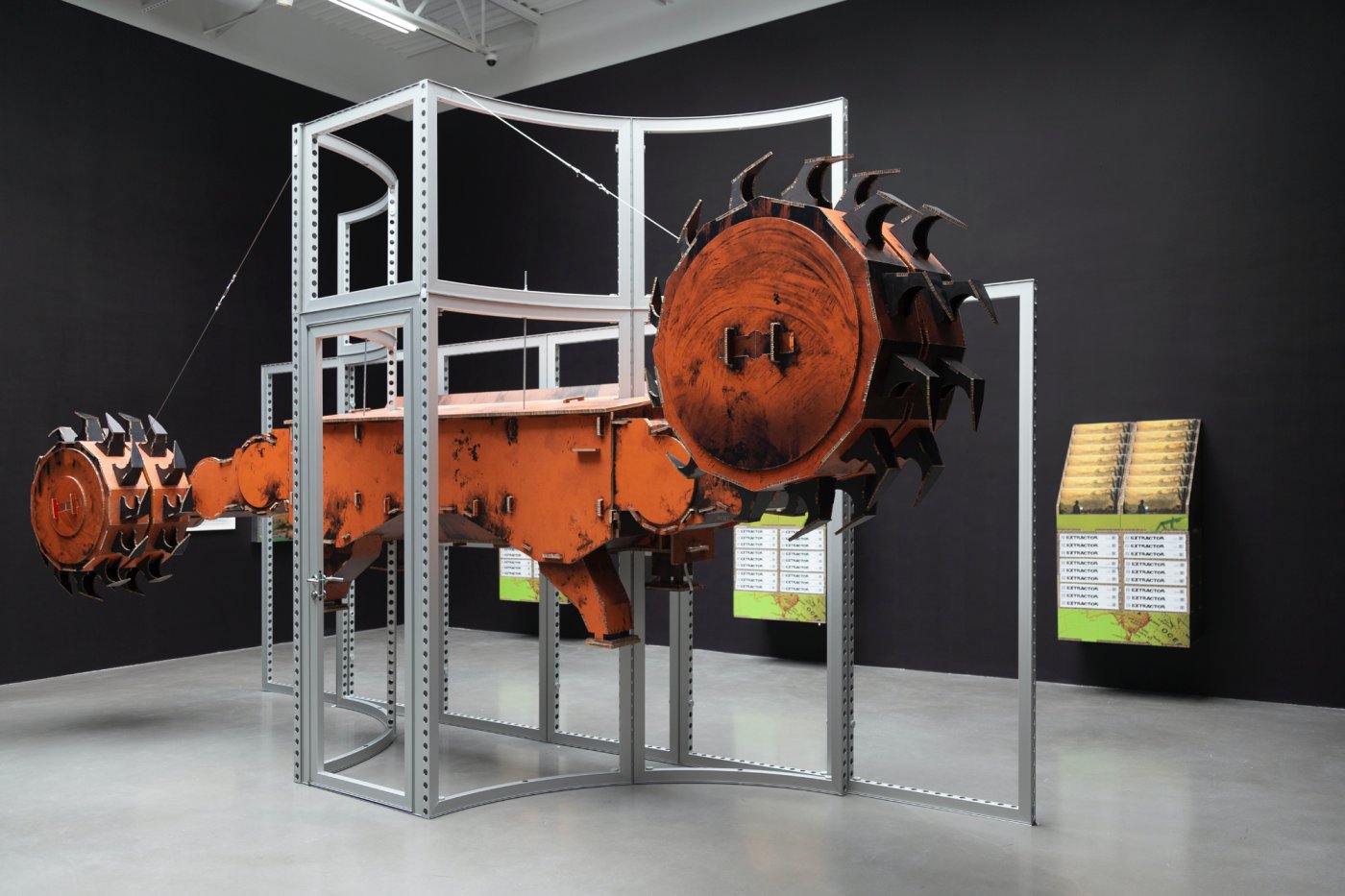 Mine is the culmination of a multi-year project exploring themes of technology, labor, and our relationship with the earth. Denny has been developing this body of work since 2016 with major exhibitions in 2019 at the Museum of Old and New Art (MONA), Tasmania (Australia) and 2020 at K21 – Kunstsammlung Nordrhein-Westfalen, Düsseldorf (Germany). This is Denny’s fourth solo exhibition with Petzel.

Focused on the interconnections between data mining, mineral mining, and the mechanization of labor, Mine brings together a collection of recent works including several large cardboard sculptures imitating giant automated mining machines; a series of wall-mounted paper reliefs and printed vitrines; and a new Augmented Reality sculpture based on a 2019 patent drawing filed by Amazon.com for a delivery worker replacement drone. Denny’s artwork raises questions about the effects of further automation on the limited jobs still left in increasingly mechanized sectors such as mining, service, and logistics. What happens as the labor force shrinks in these traditional industries? How will individuals and worker communities dialogue with those in power in the future? Where will the leverage they once brought now come from?

Amazon’s drone design contains a hot air balloon, recalling the speculative balloon-based flying machine epoch of defining technological developments such as hot air balloons, air ships, or Zeppelins, that have become symbols of both achievement and caution in centuries past. Denny’s new sculpture projects an animated AR model of a revolving, rocky, mineral-rich, planet Earth onto the drone’s balloon bulge. This vision of Earth-as-resource is borrowed from the advertising materials of one of Amazon’s most prominent data services clients: the multinational mining group Rio Tinto. Spinning inside the body of the Zeppelin drone, the “Earth-rock” transforms Amazon’s worker-replacement model into a raw terrestrial globe, without oceans or other representations of life.

Embedded in the exhibition is Extractor, a playable board game that also functions as a take-home catalogue. Players collect data in the form of tokens, which they must stack on plastic-molded racks and place in cloud services to monetize what they have mined and thus win the game. The hybrid sculptures-cum-display units presenting the boxed games mirror the dynamics of the monopolistic platform businesses that control much of our internet infrastructure.

Denny’s Mine reflects not only upon the near future, but also on the conditions of the present—unearthing real designs for machines that confront us with our own sublime and troubling counterparts. The work continues an artistic tradition of interpreting technological production as keys to understanding our environment and the forces that impact it.

Simon Denny (b. 1982 Auckland, New Zealand) lives and works in Berlin, Germany. He makes exhibitions that unpack the social and political implications of the technology industry and the rise of social media, startup culture, blockchains and cryptocurrencies, using a variety of media including installation, sculpture, print and video. In 2016 he co-founded the artist mentoring program BPA//Berlin Program for Artists and has served as Professor of Time-Based Media at The Hochschule für bildende Künste Hamburg (HFBK) since 2018.