Michael Werner Gallery, New York presents an exhibition of early sculptures and drawings by Sigmar Polke (1941-2010), one of the most influential artists of the 20th Century. Sigmar Polke – Objects: Real and Imagined features a mystifying and important body of work from the 1960s and includes loans from private and public collections. 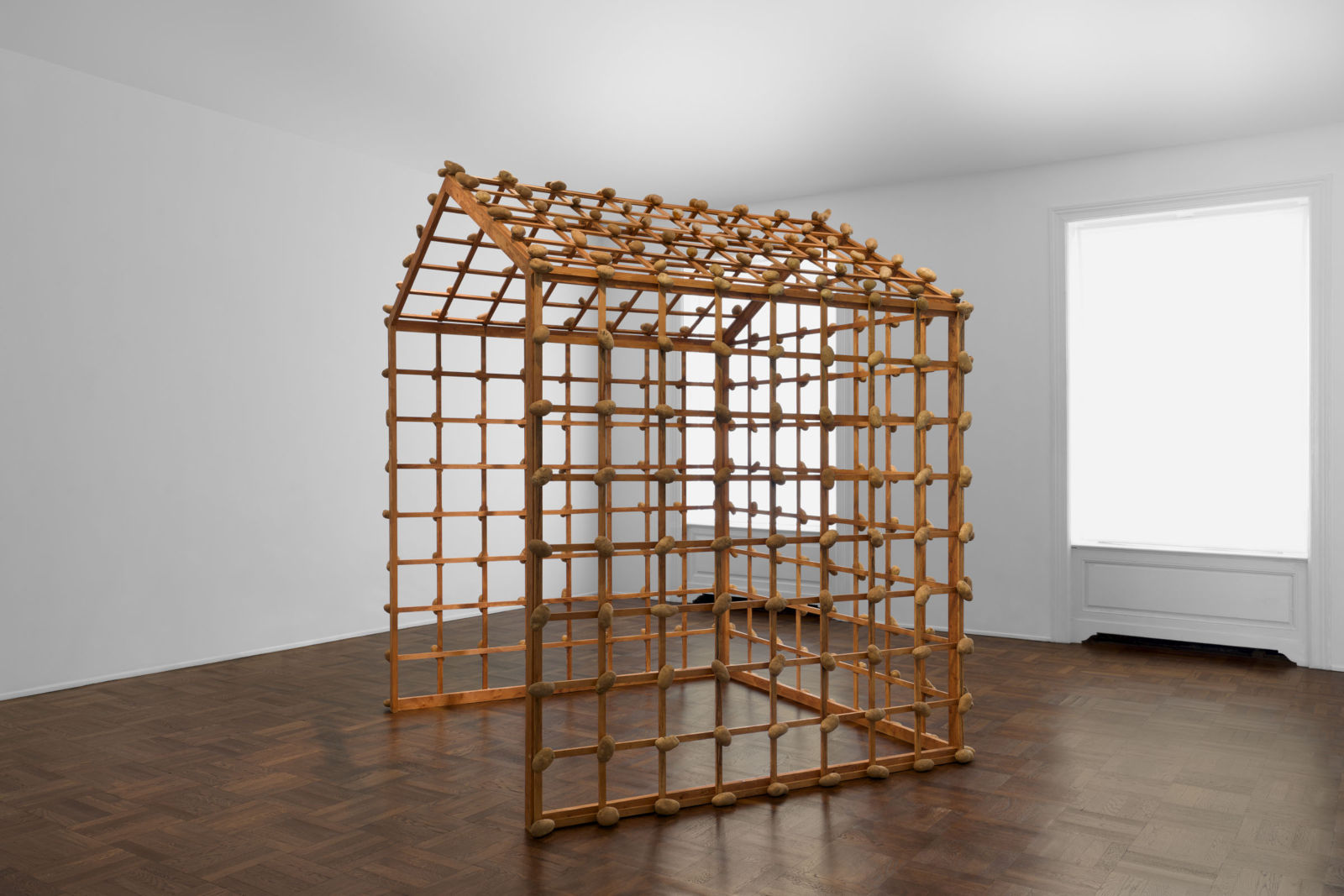 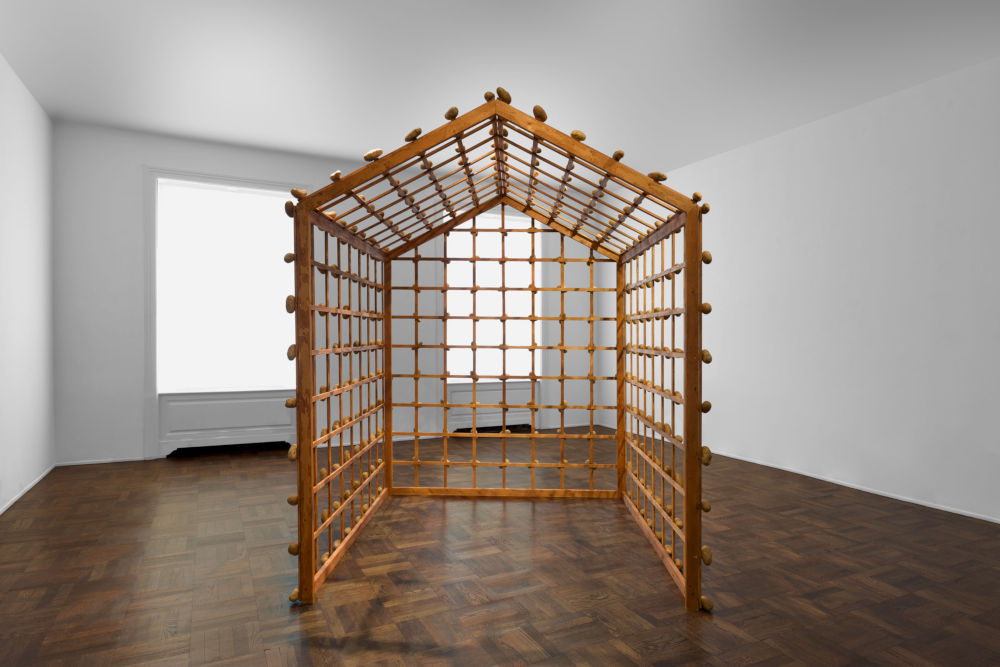 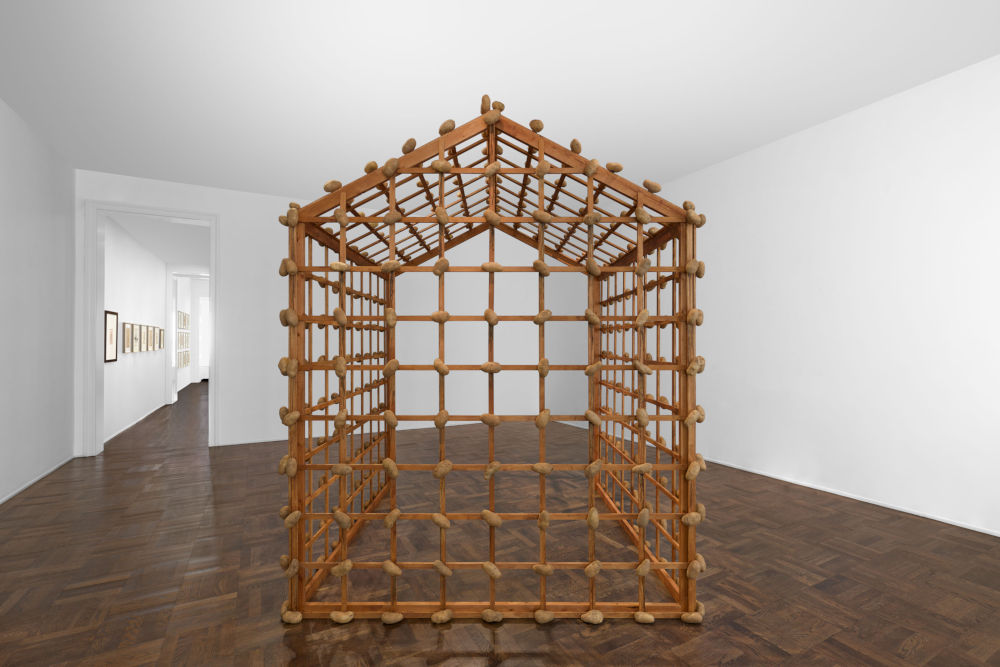 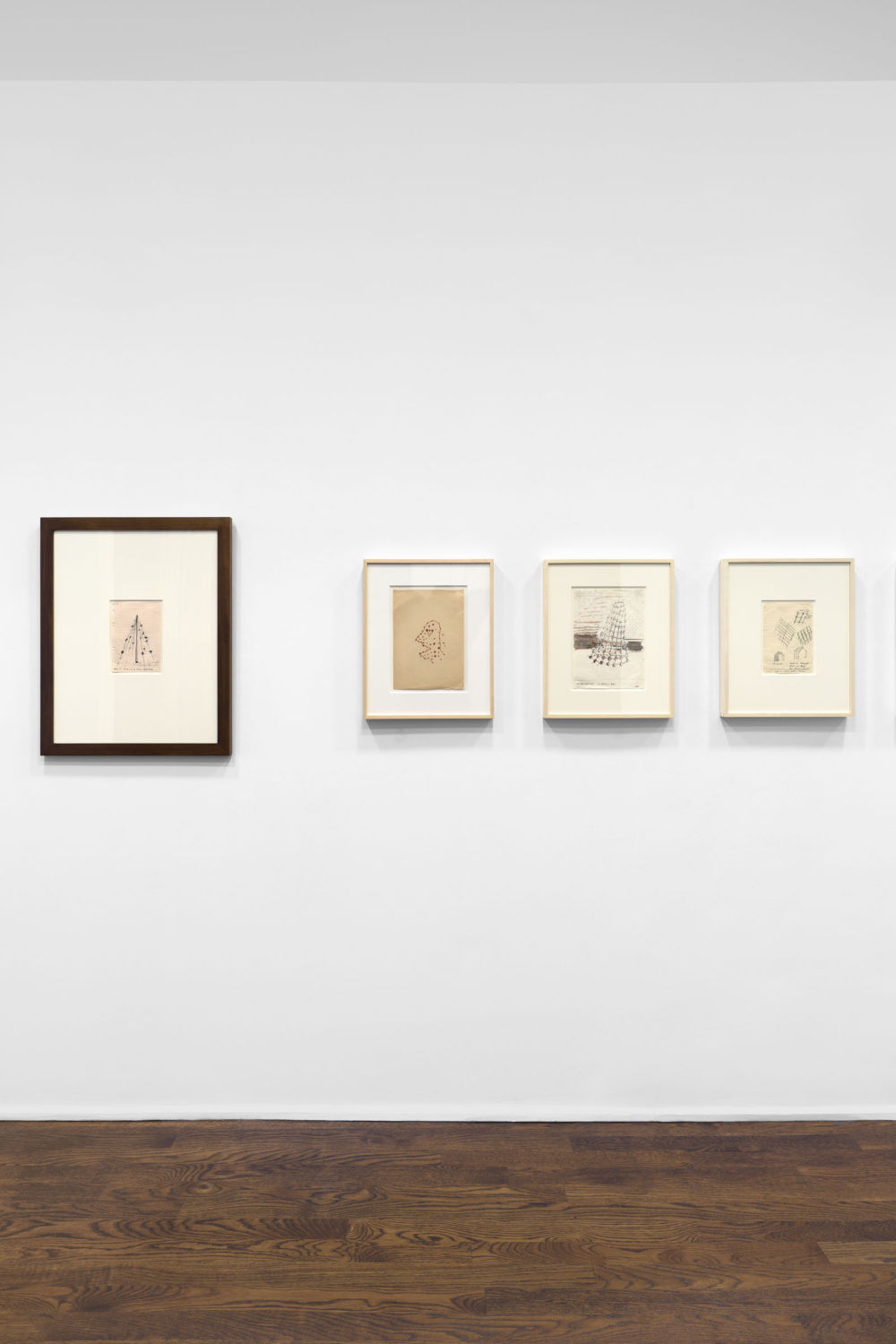 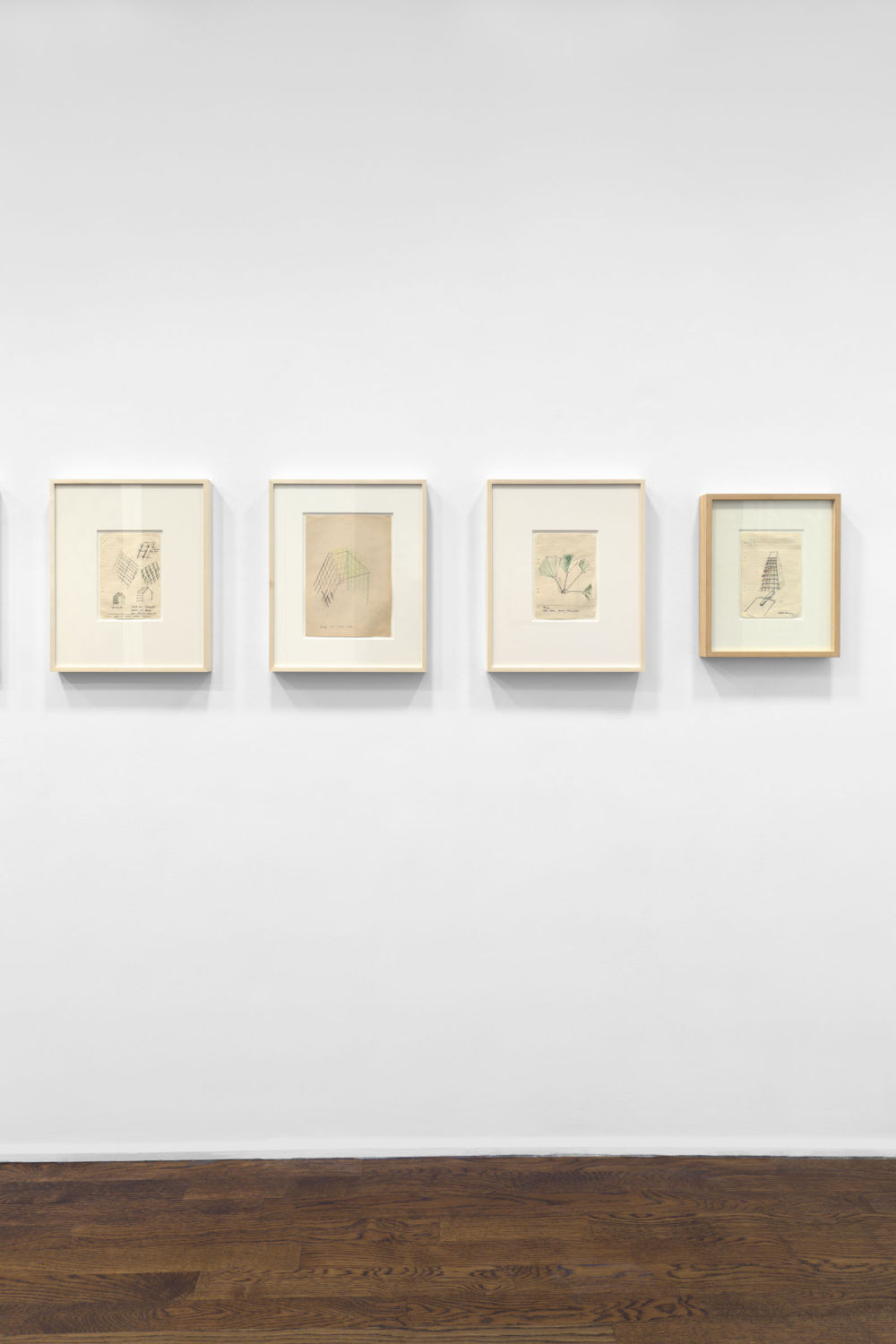 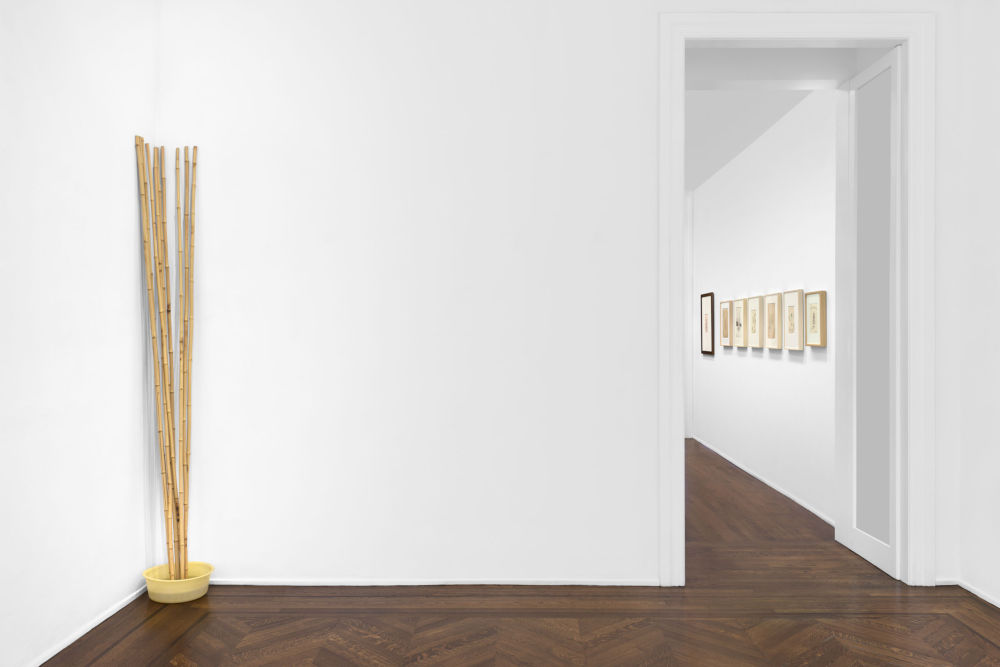 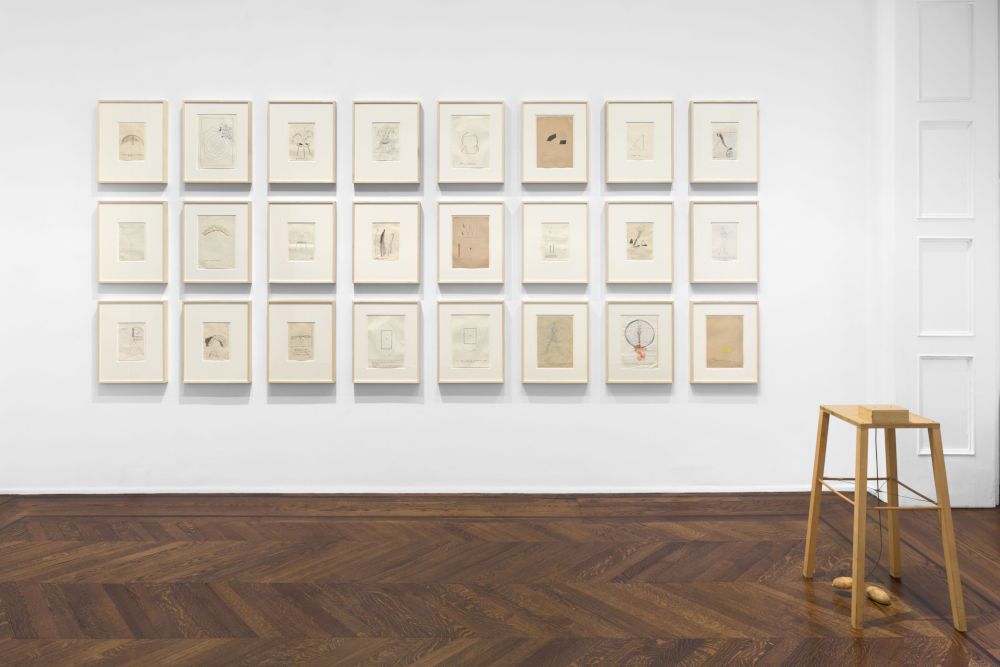 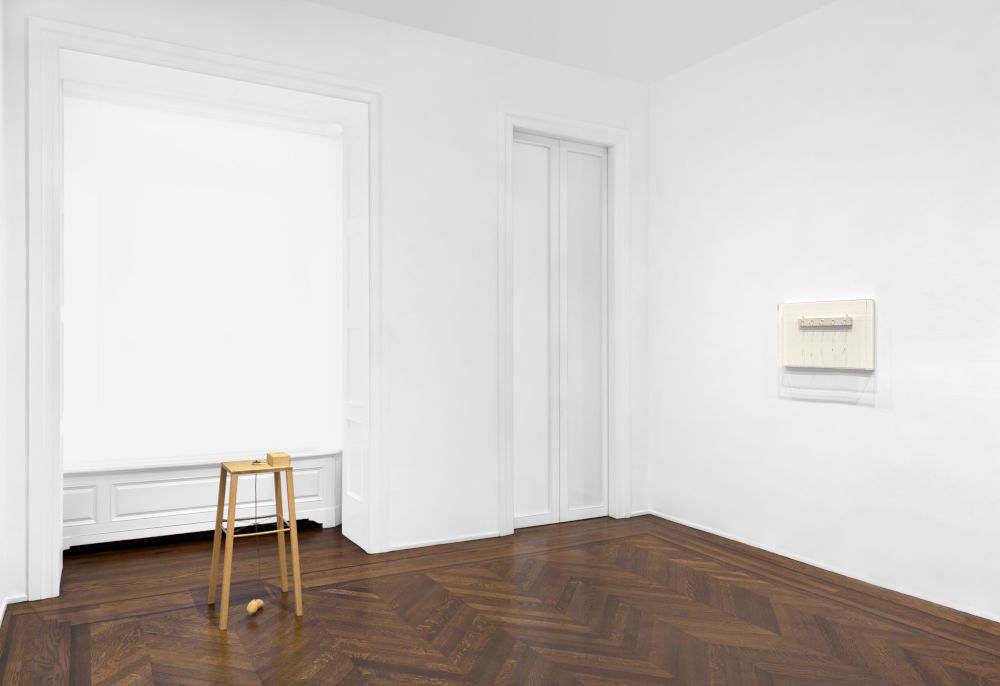 Fascinated by the ambitious inventions of Leonardo da Vinci, Polke imagined monumental works made from plaster, glass, and leaves, as well as sculptures made from everyday items such as potatoes, beer coasters, cardboard, and matchsticks. In one of the artist’s seminal works, “Constructions around Leonardo da Vinci and Sigmar Polke” (1969), Polke writes “of the possibility of using Leonardo’s knowledge to place conscious or unconscious emphasis on a period of time in such a way as to form it into a nonmaterial work of art.” At once highly conceptual and banal, these fantastic works explore the artist’s restless curiosity and endless creativity against the bleak backdrop of Post-War Germany. Few actual sculptures were realized during this time, many of which are on view in this exhibition, including the “Potato House,” “Potato Machine,” “Matchstick Piece,” and “Attempt at Resuscitation of Bamboo Canes.” Though made early in the artist’s career, these works show the clarity of vision and relentless imagination that Polke would continue to exhibit in his painting, photography, and filmmaking over the next fifty years.

Sigmar Polke was born in 1941 in the former East Germany. He was raised near Düsseldorf and enrolled in the art academy there at the age of twenty under the professorship of Joseph Beuys. Since the late 1960s Polke has been the subject of numerous museum exhibitions worldwide and was a featured artist multiple times in documenta and the Venice Biennale. In 2014, the exhibition Alibis: Sigmar Polke 1963-2010 opened at The Museum of Modern Art, New York and traveled to Tate Modern, London and Museum Ludwig, Cologne. Polke died in Cologne in 2010.