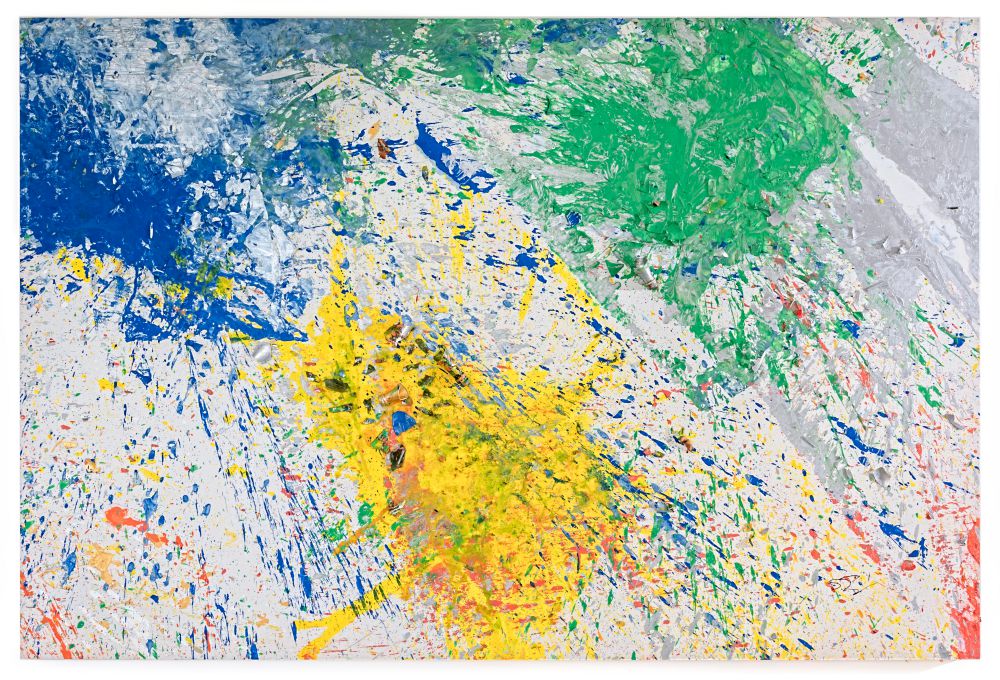 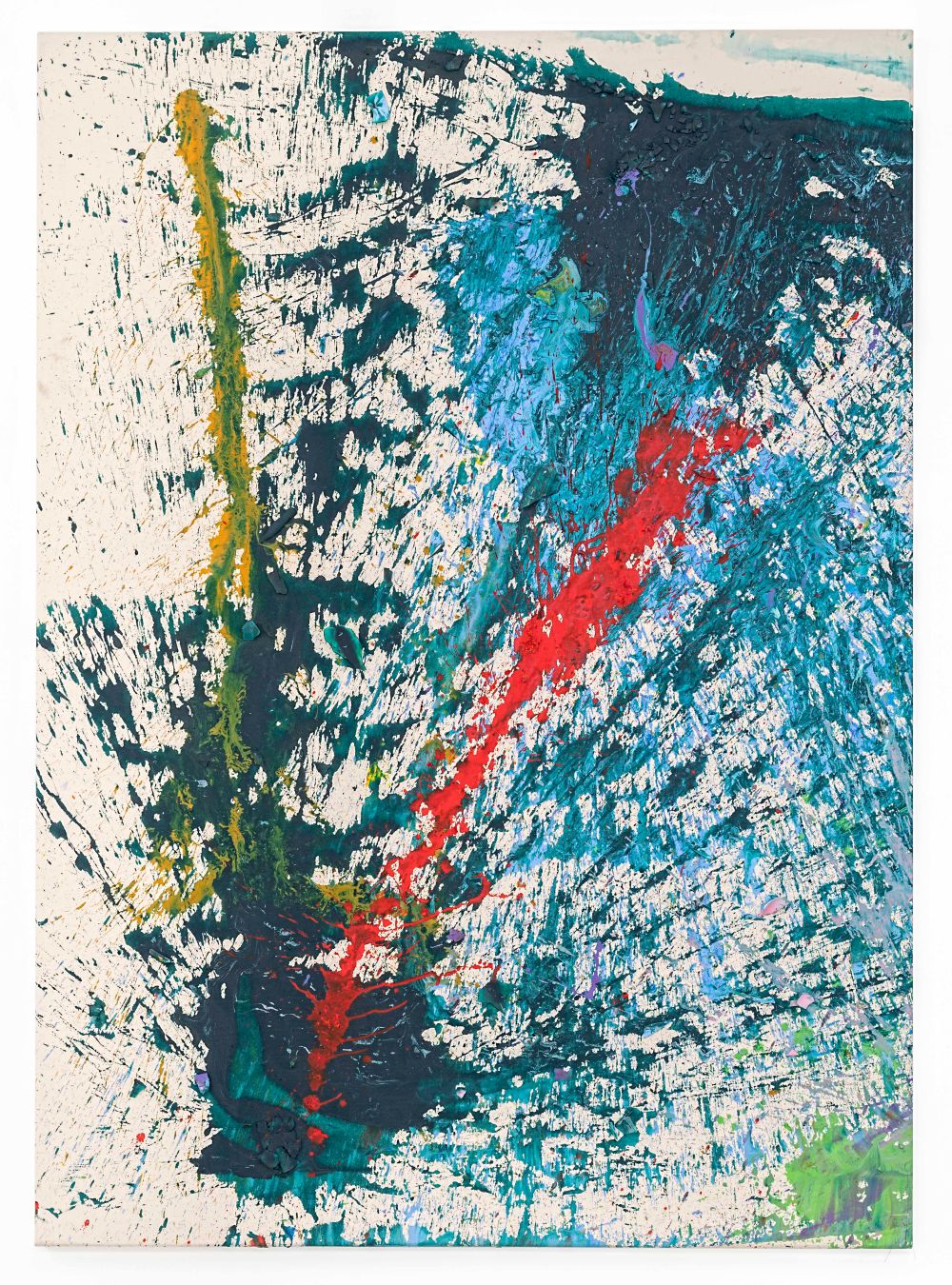 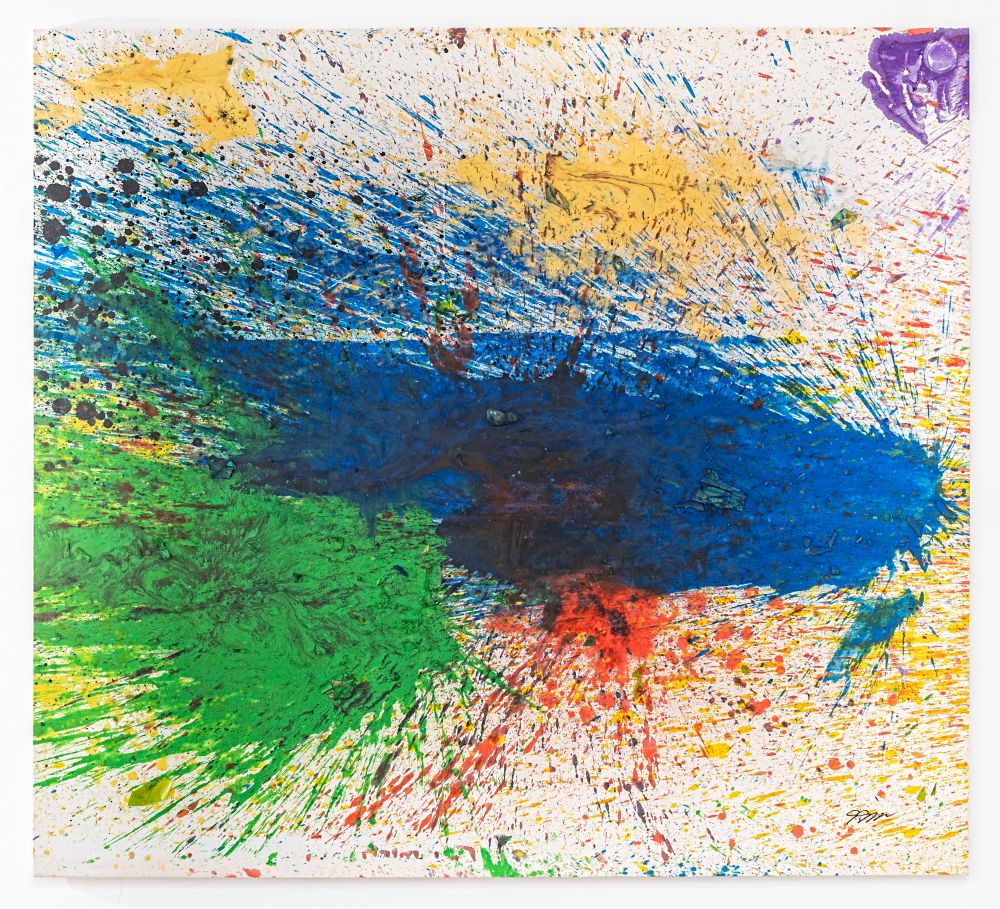 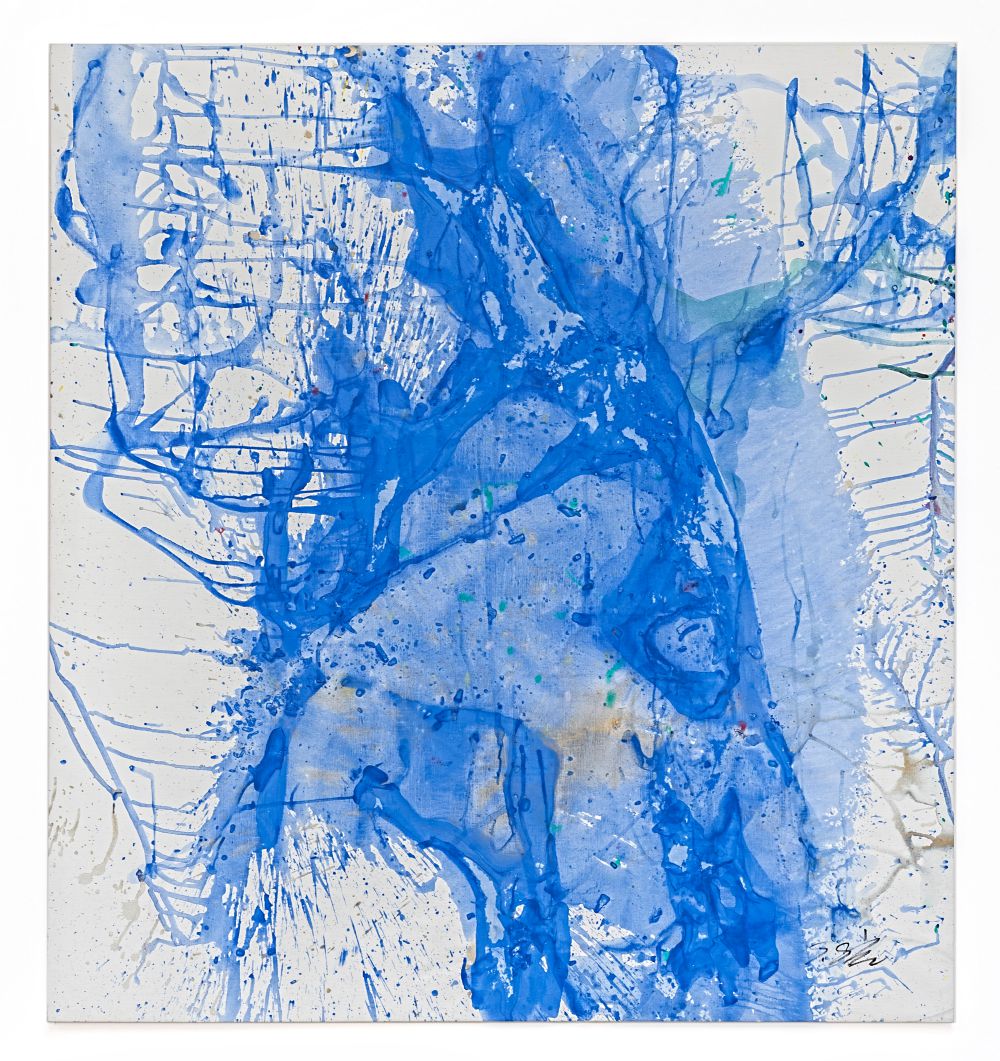 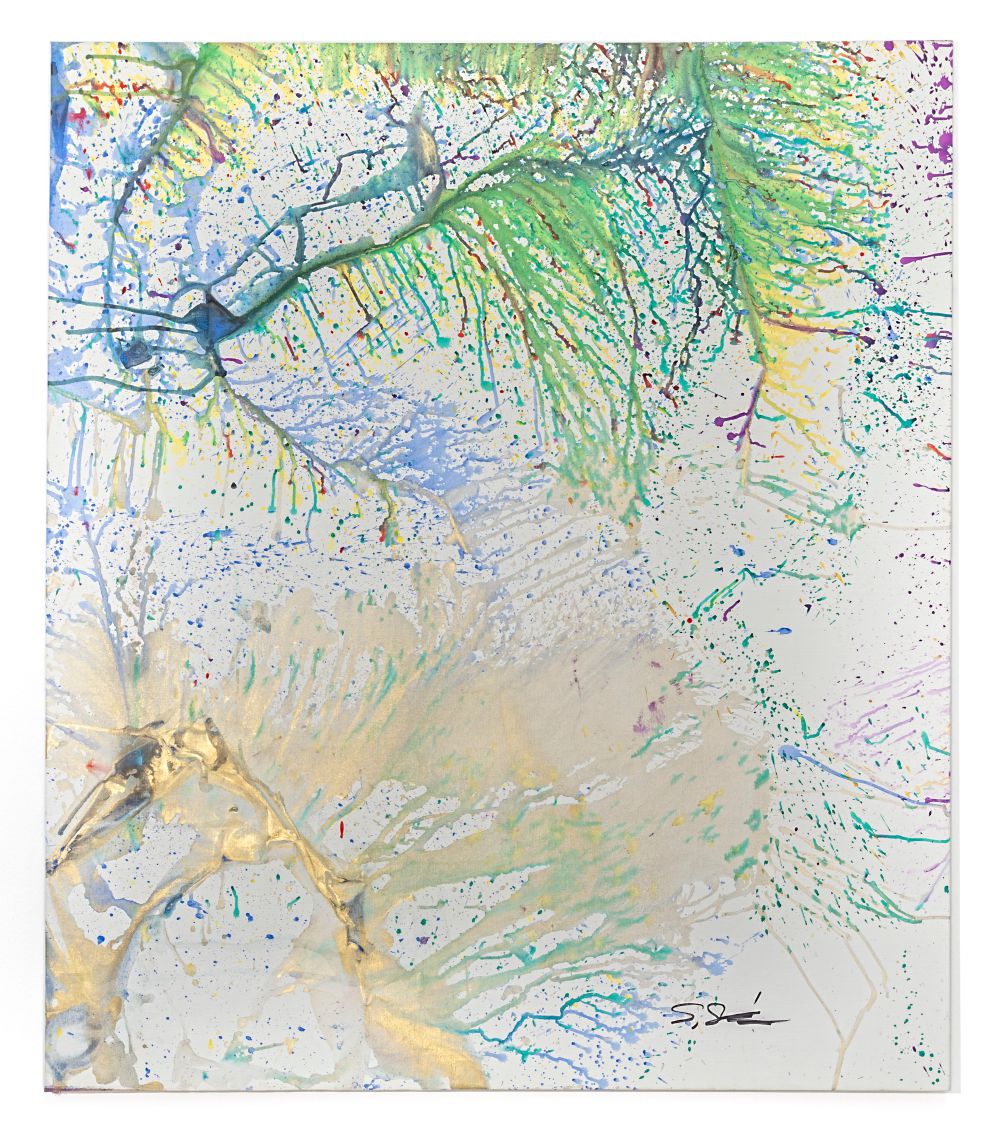 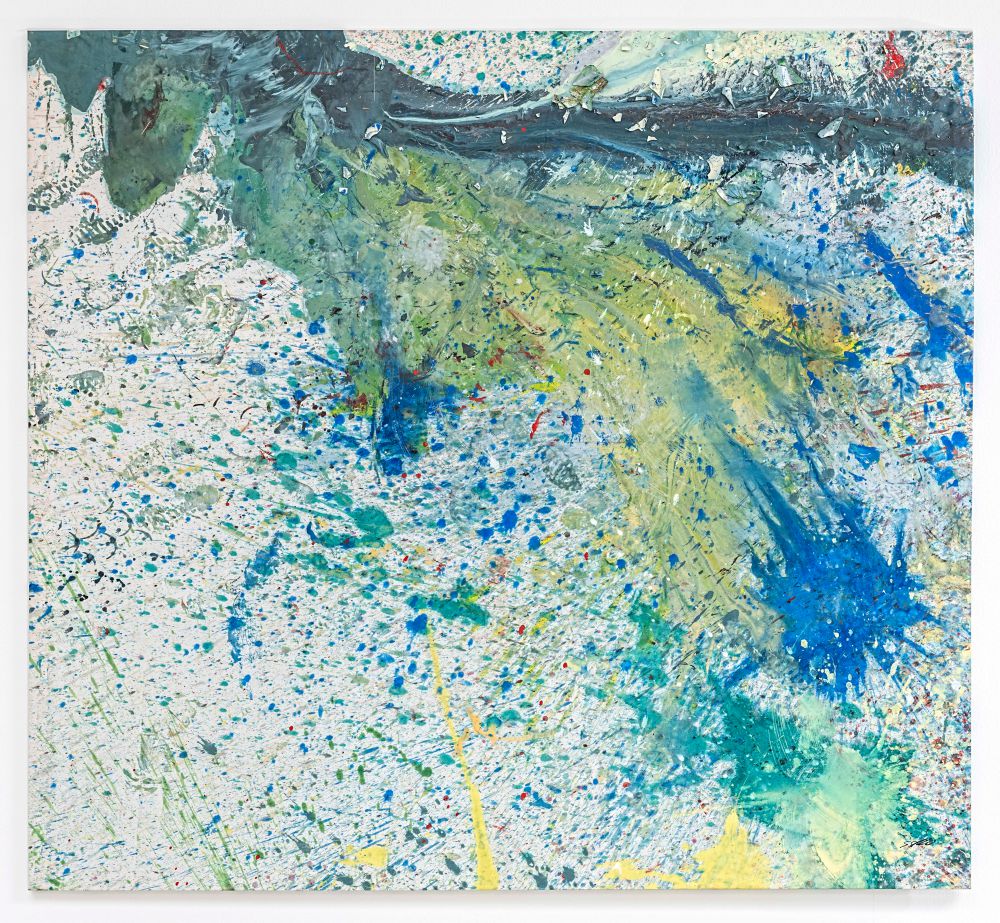 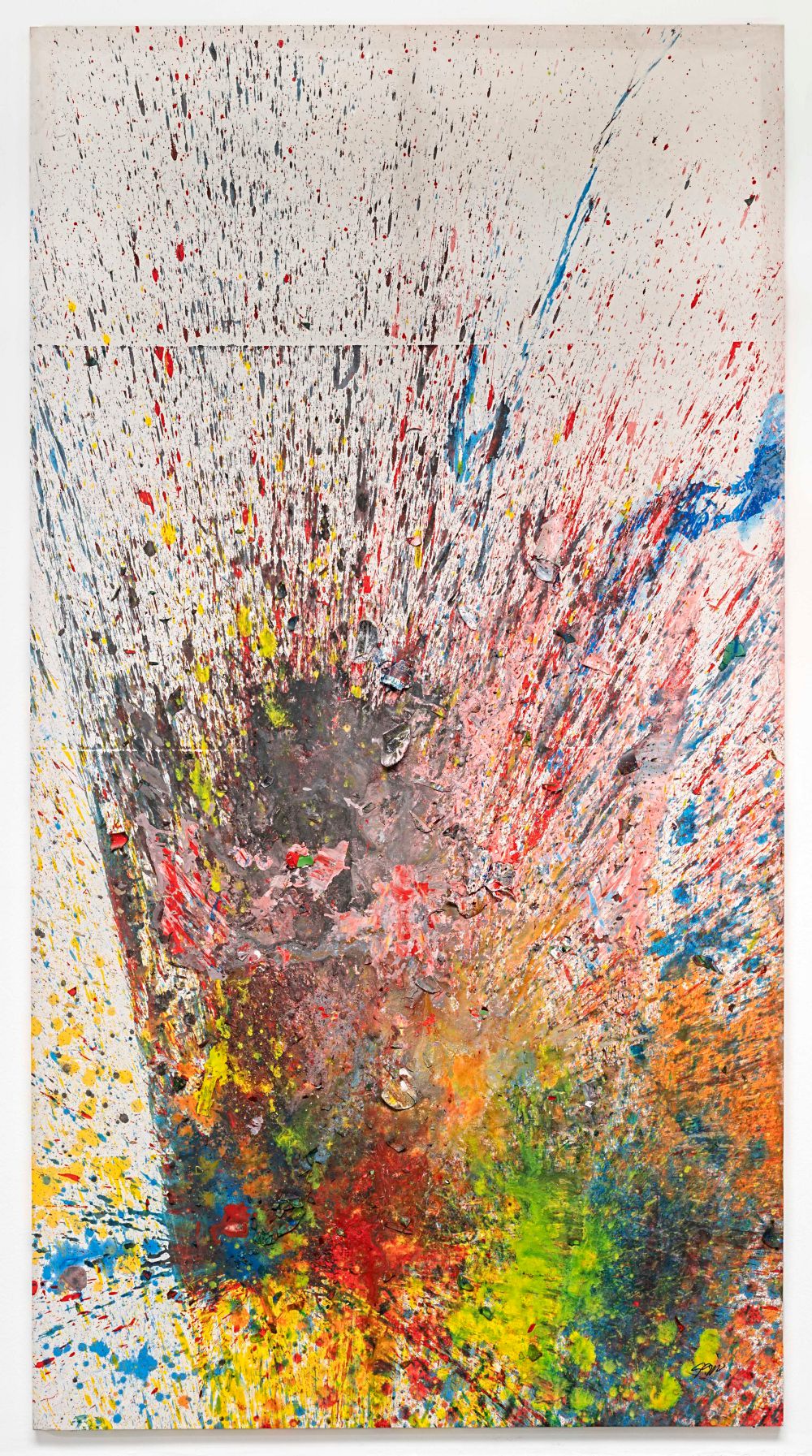 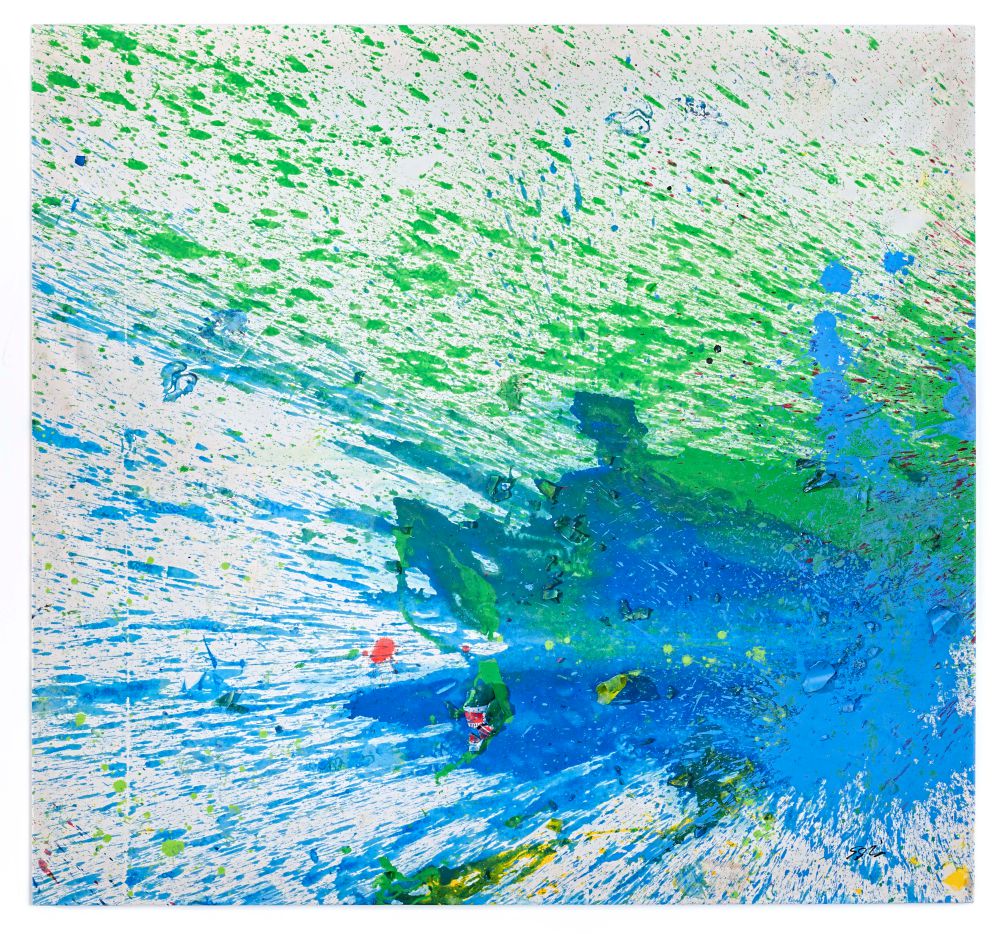 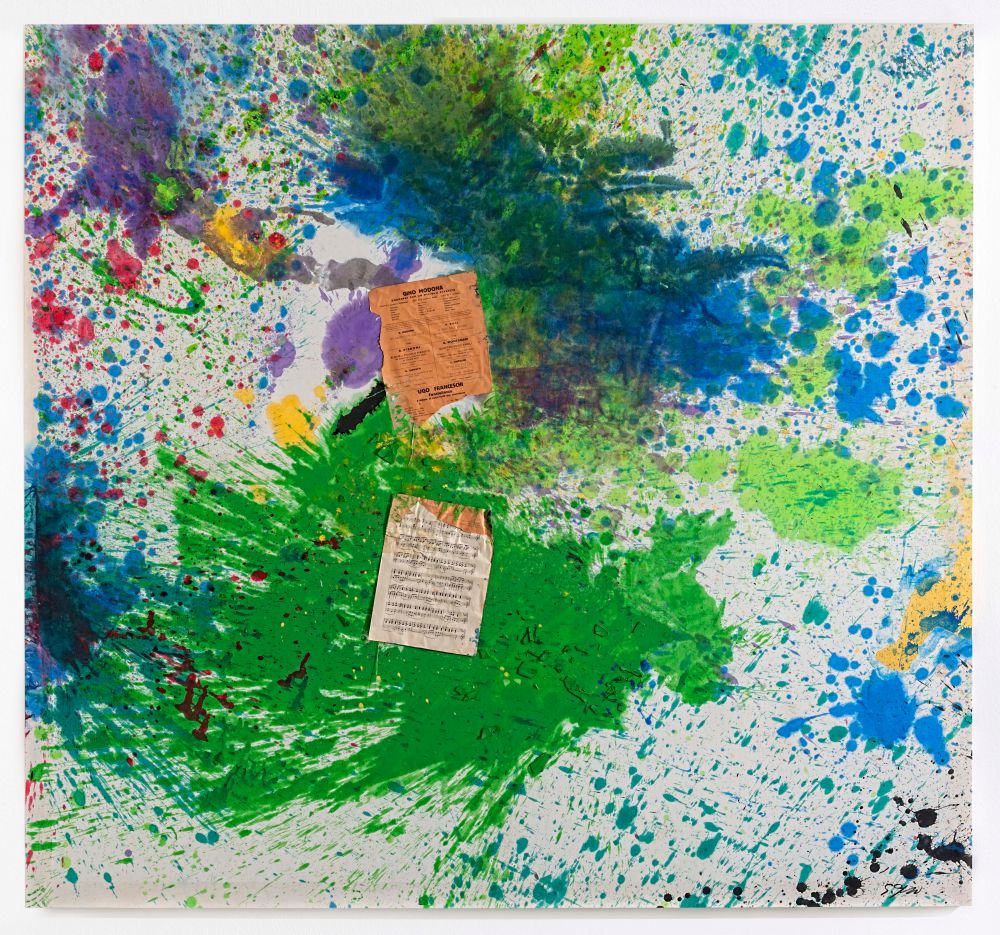 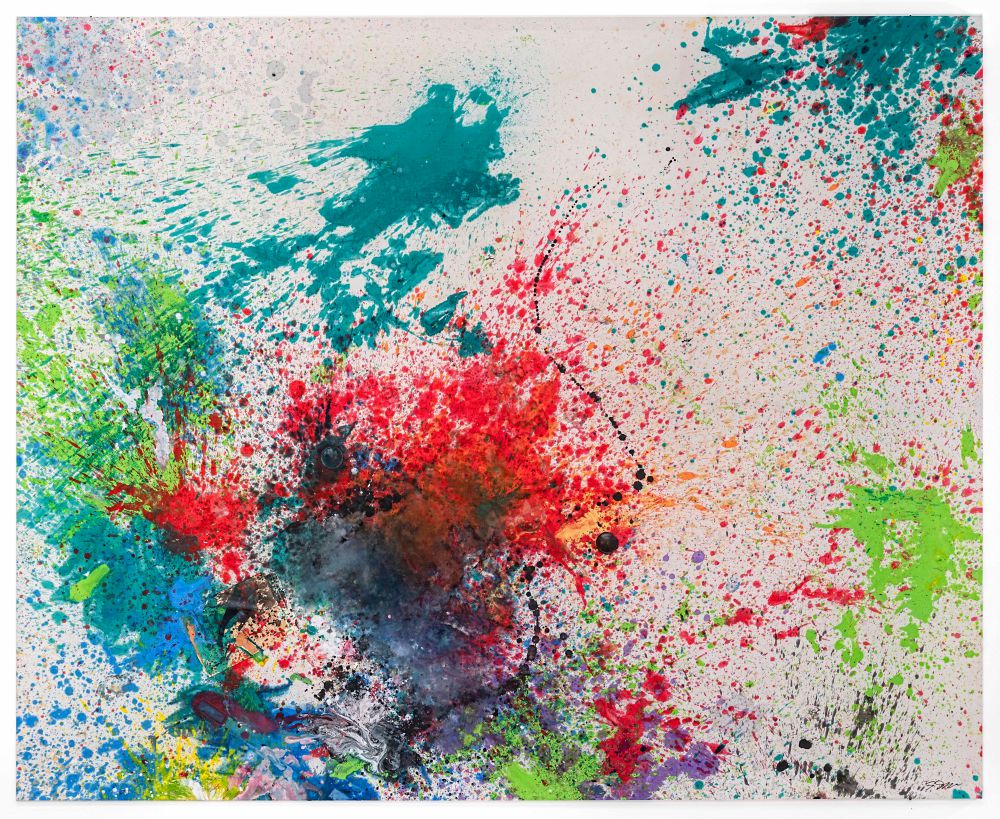 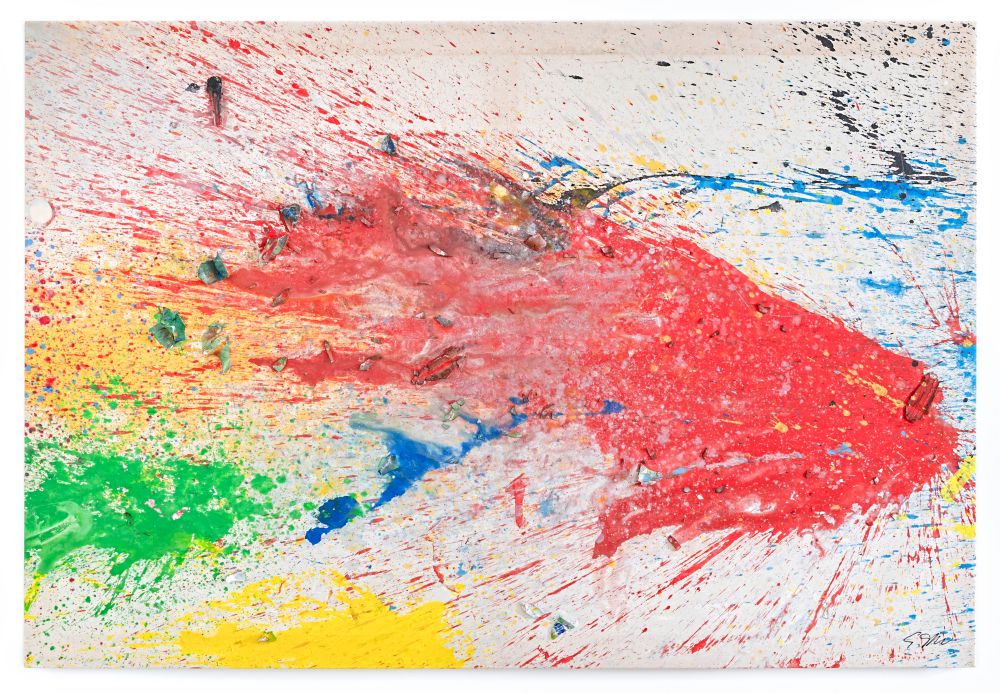 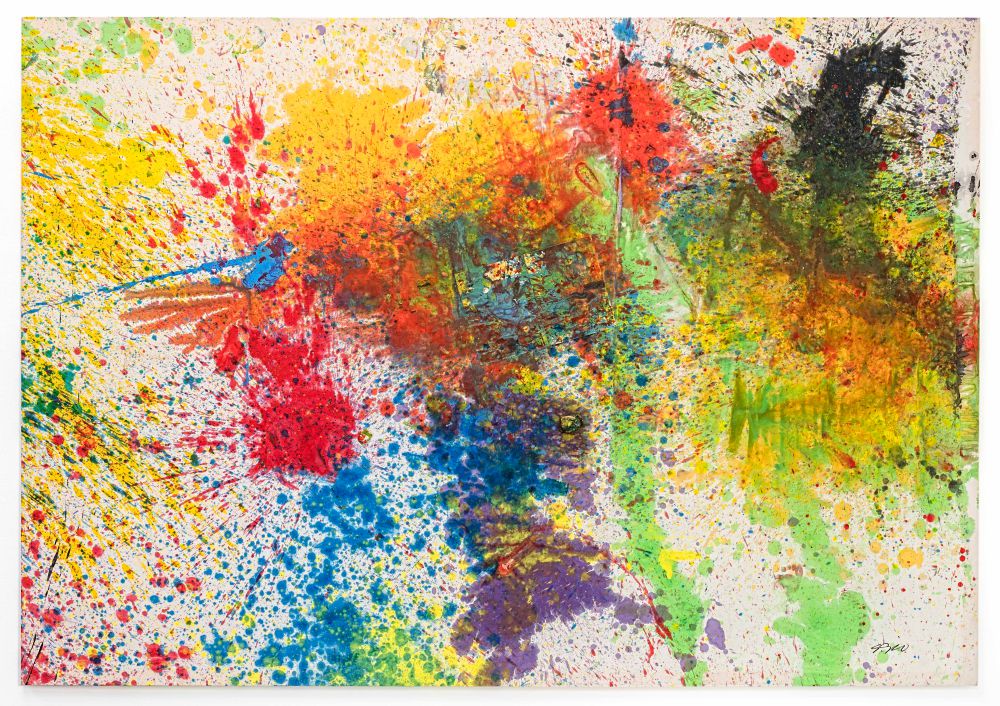 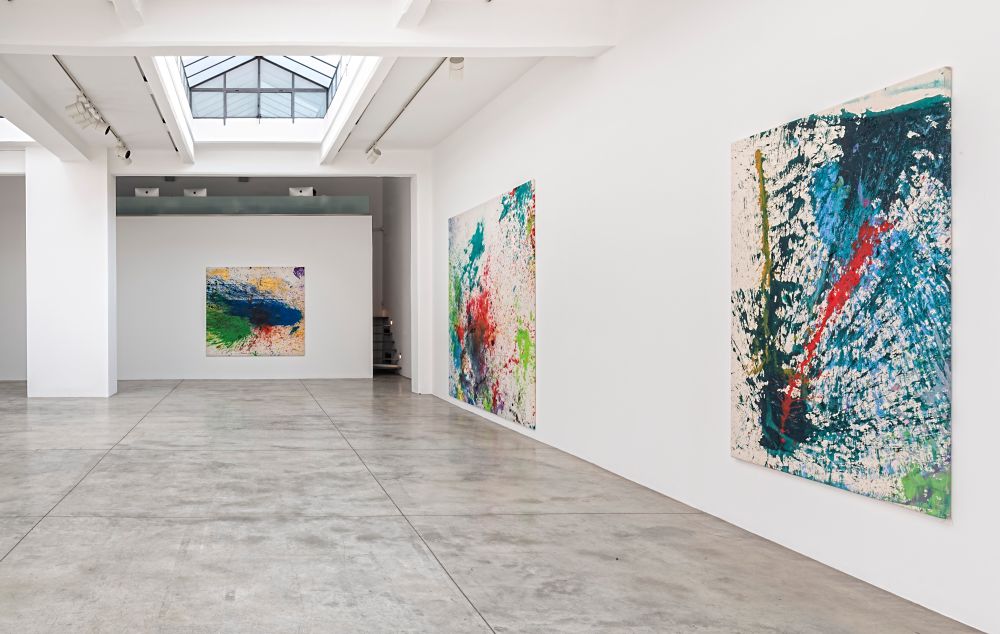 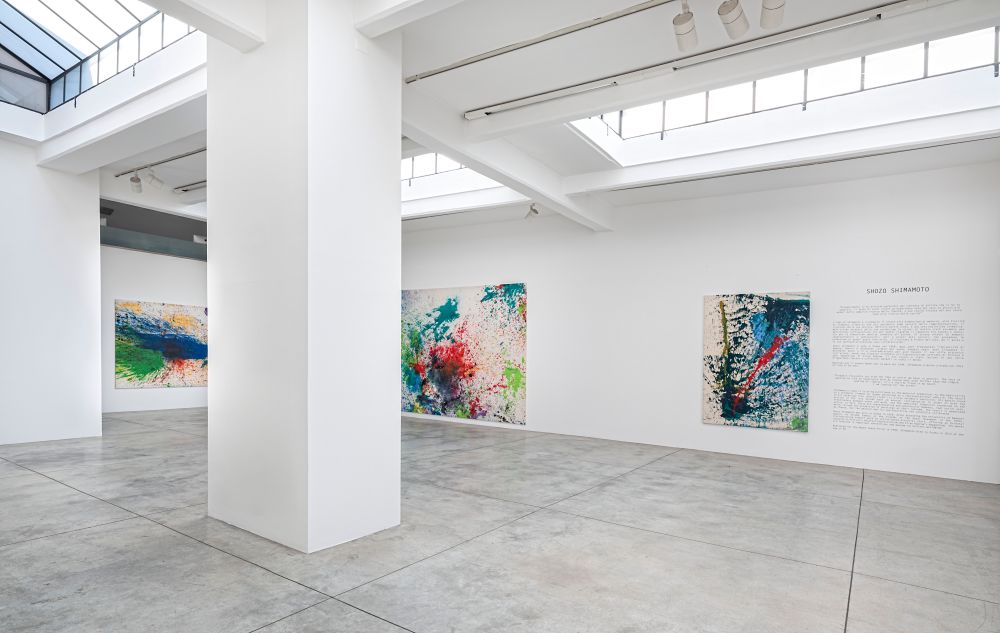 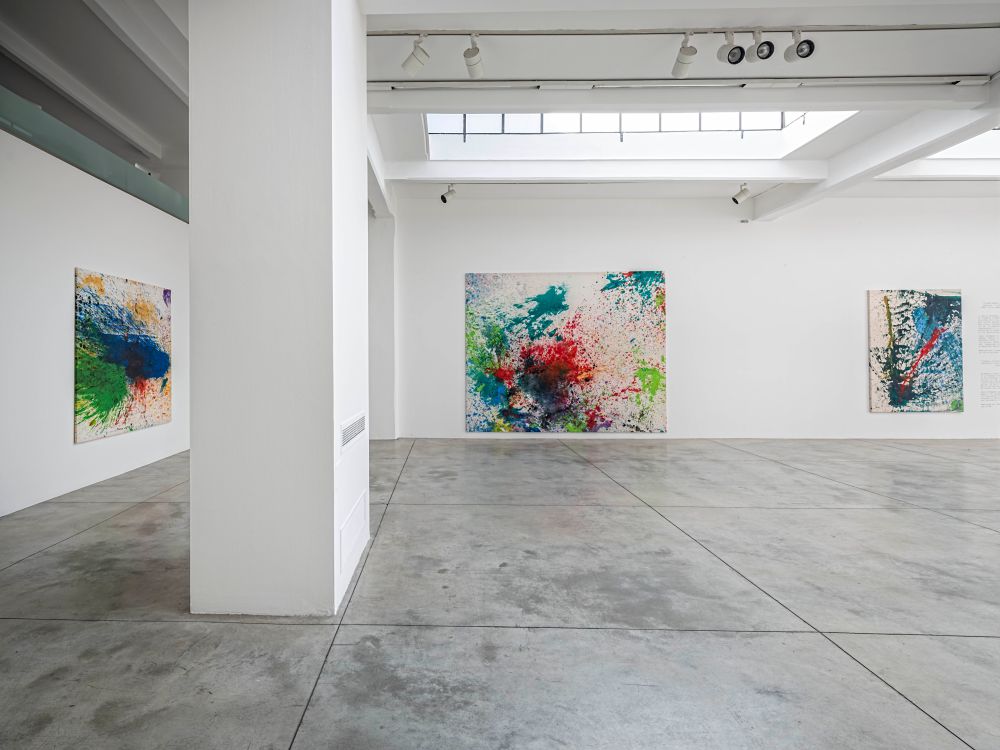 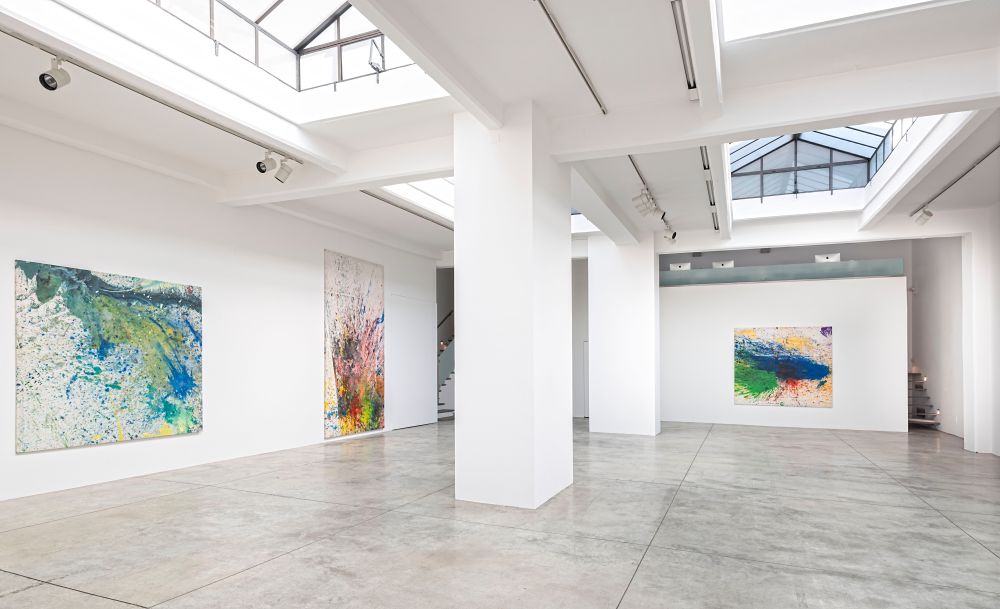 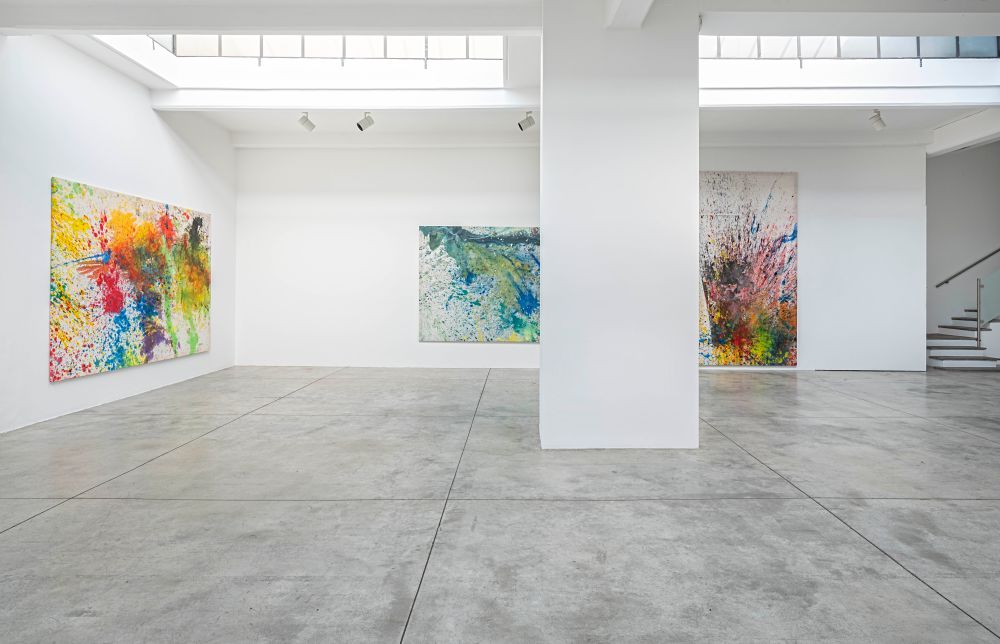 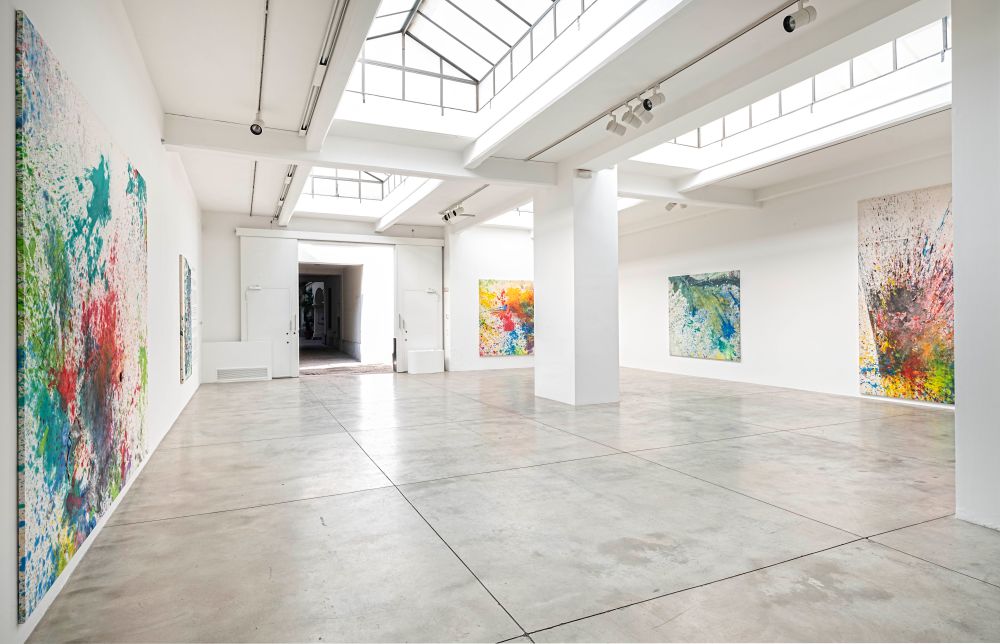 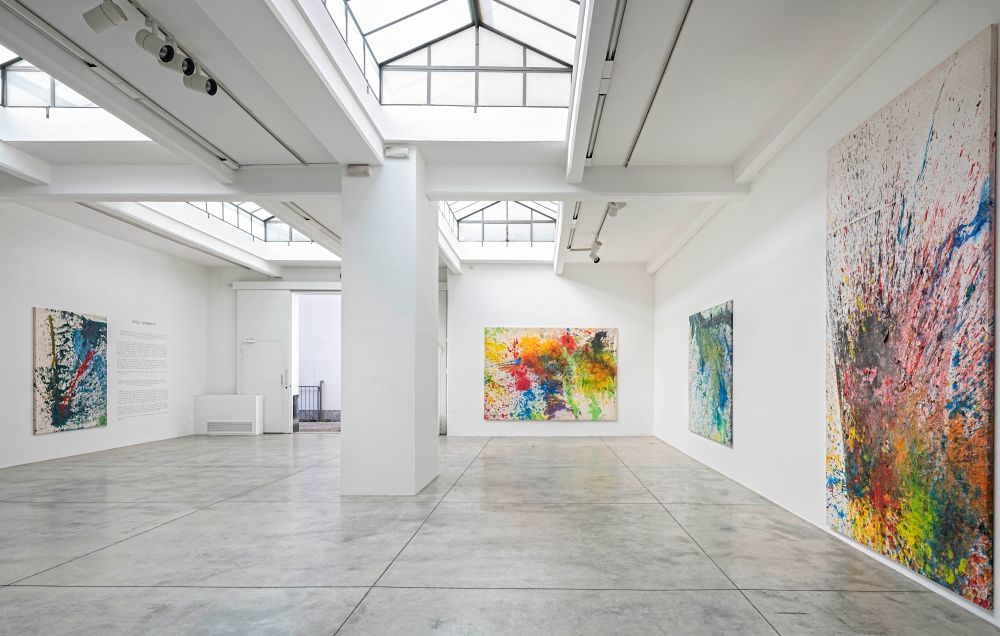 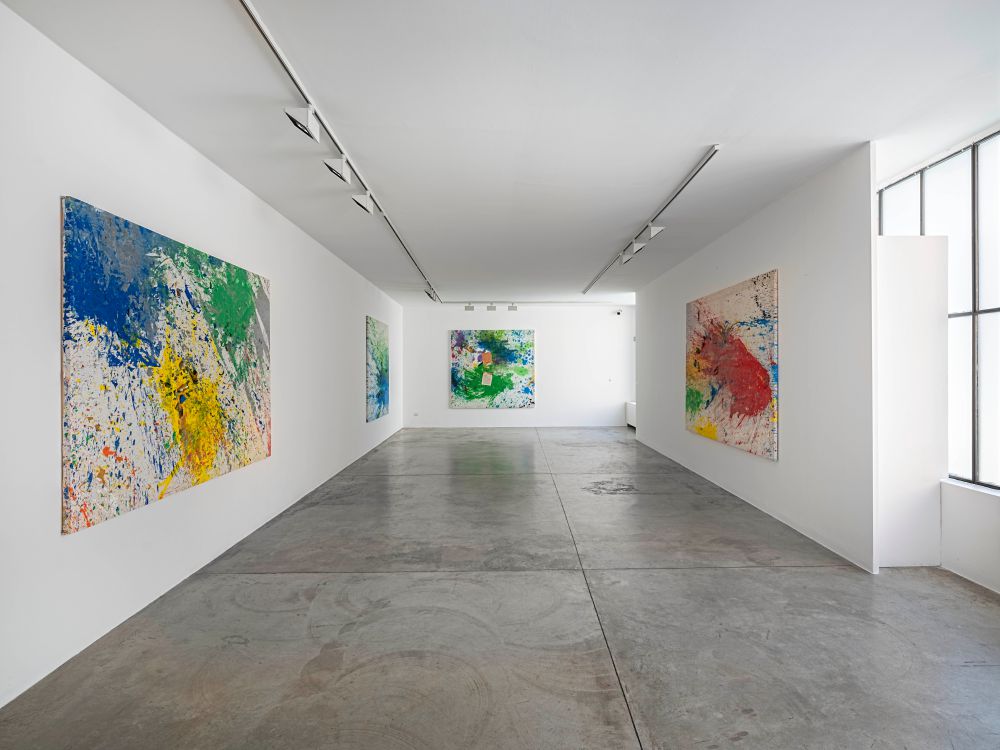 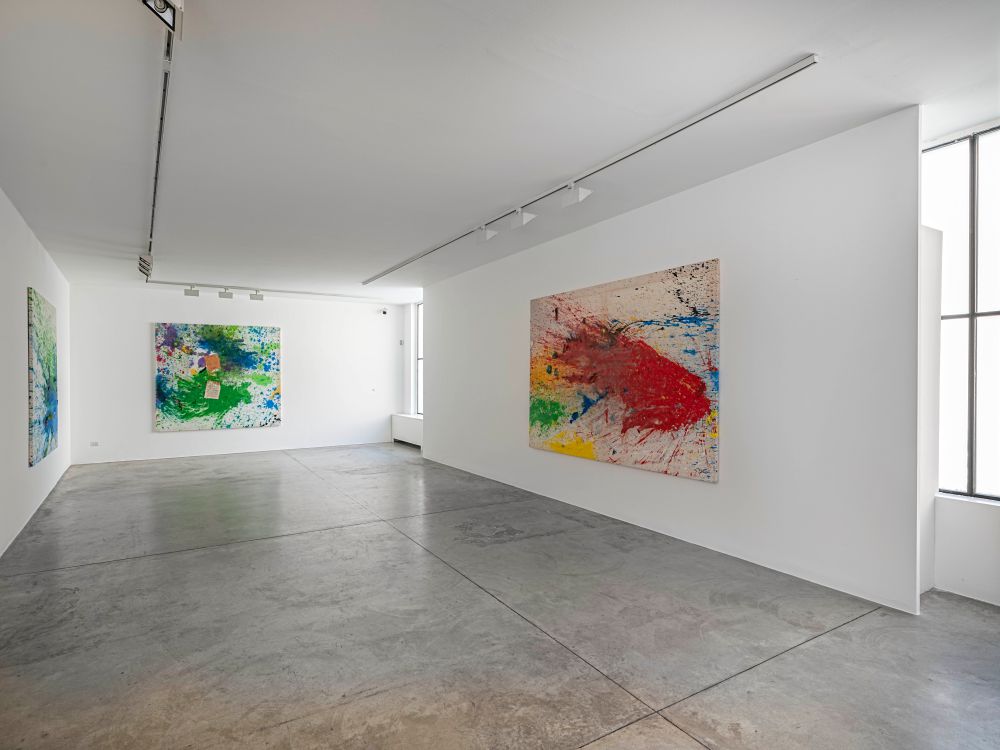 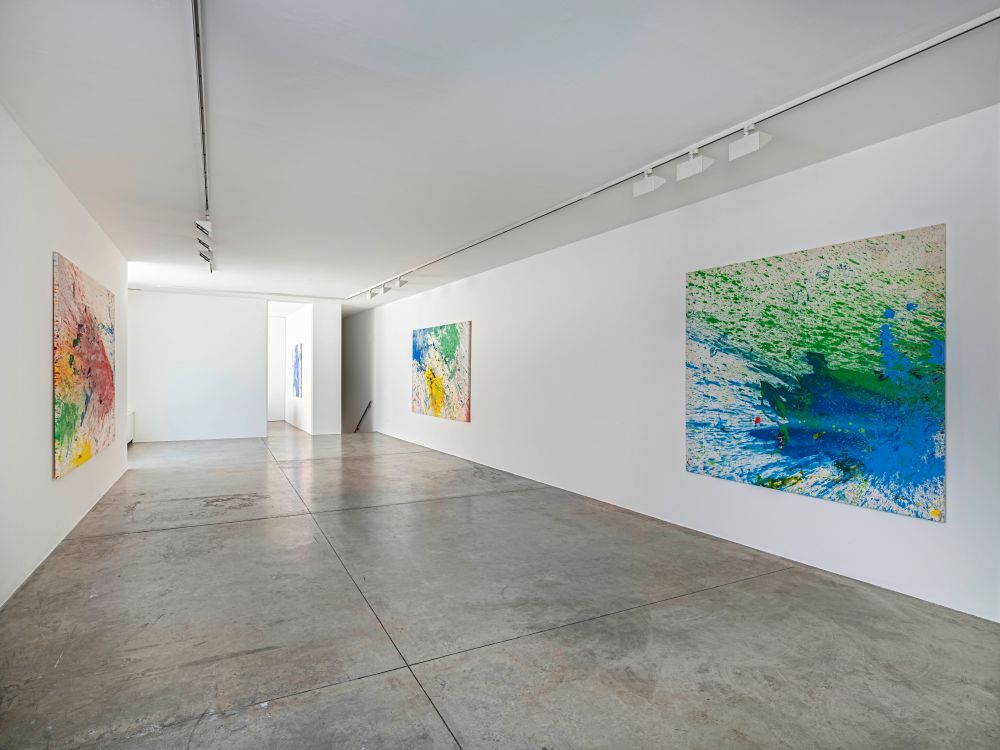 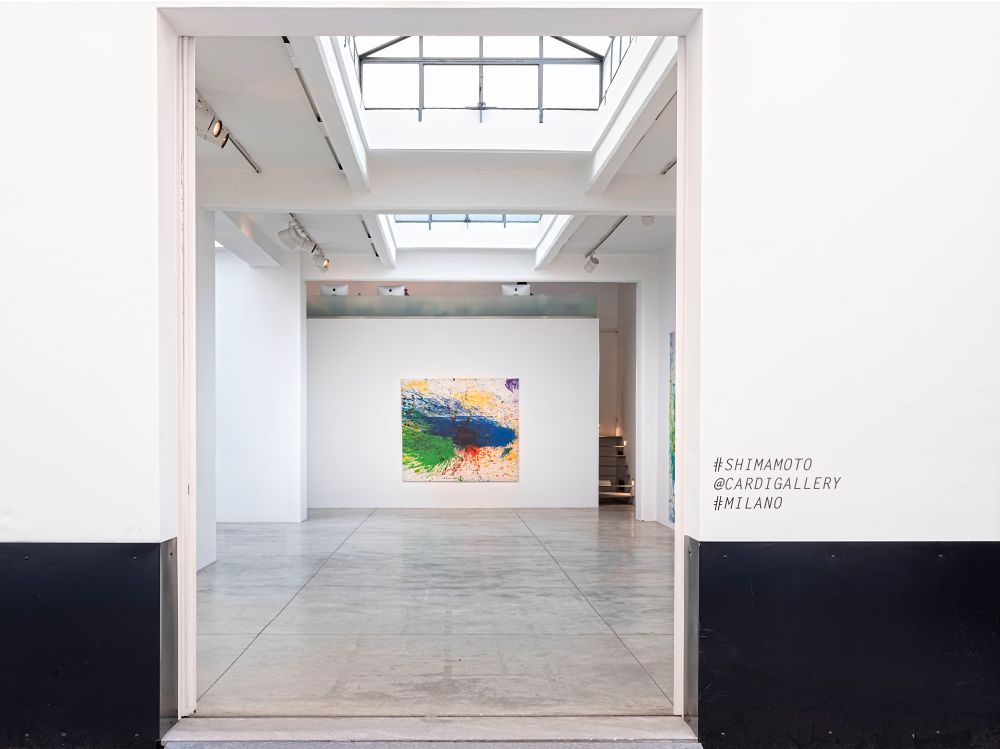 This exhibition, which features a significant number of works, aims to highlight the late production of the artist, which Rosanna Chiessi, founder and president until her death of the Shozo Shimamoto Association, helped make possible through the organization of many of the performances that have made the master famous all over the world.

Shozo Shimamoto was co-founder with Jiro Yoshihara of the Gutai movement (which means ‘concreteness’). In 1954 the movement grew out of a series of upheavals in Japan that sparked a process of radical rethinking of the artistic tradition, painting in particular. Gutai looked at Western culture, the European avant-garde movements, abstraction, Minimalism, and Rationalism, then attempted to move past them by experimenting with new linguistic solutions. With the Gutai Manifesto of 1956 and Banishing the Paintbrush, written by Shimamoto himself in 1957, the references (Pollock’s action painting among them) and the intentions of this artistic movement are articulated: art is action, the act of painting is autonomous with respect to the result it aims to achieve, art becomes event. Shimamoto’s outdoor performances result in true environmental installations, where interaction with the visitor and the surrounding space betrays the contemplative dimension of the work and replaces it with the active experience of the moment of viewing.

Shimamoto’s idea is to bring paint back to the material dimension, to the physicality of a chromatic element no longer perceived as a representational vehicle. Shimamoto chooses to use an intermediary tool, almost a mechanical aid (the bottle or the cup full of paint that breaks on the canvas) that distances the artist from the chromatic material and puts chance into play, through which the personalization of artistic expression is erased.
The result of his technique (the ‘bottle crash’) is a true chromatic explosion. In particular, his bottle crash actions of the last decade have an unusual configuration in terms of both the relationship between event and work, and the emotional dimension connected to the action. In fact, these are representative and spectacular moments, real social acts, which include the production of paintings as their outcome. The result is generated by chance, but the gesture and its spectacularity are carefully calibrated. Sometimes assuming an elevated position with respect to the “field” of work, Shimamoto does not limit himself to tossing plastic cups and bottles filled with color against the ground, but lifts them up, displays them in a sort of celebratory ostentation, and then allows them to fall. Shimamoto’s performances are a dramaturgical manifestation, often with the connotations of a dance. His canvases, like universes large and small, enclose this cosmic dance within them and release its energy before the viewer’s gaze.

Rosanna Chiessi, symbol and protagonist of the Italian and international art world through her commitment to the knowledge and diffusion of some of the most influential avant-garde movements of the second half of the 20th century (Fluxus, Italian conceptual art, Viennese Actionism, etc.), former founder of the Archivio Pari&Dispari, became interested during the last decade of her life in the Gutai movement particularly in Shimamoto, with whom she forged a deep friendship and collaboration.
Among the works exhibited in the gallery are some of the most interesting results of the performances held in 2008 at the Certosa di Capri and in Punta Campanella.

Shozo Shimamoto was born in Osaka in 1928. After attending the University of Kwansei Gakuin, he became famous as the founder of the Gutai movement in the 1950s, distinguishing himself with an action-based pictorial style, offering an Oriental response to Pollock’s Abstract Expressionism and Allan Kaprow’s Happenings. His work has appeared in many important exhibitions, including those at the Solomon Guggenheim Museum in New York, the MOCA in Los Angeles, and the Jeu de Paume in Paris, and can be found in the permanent collections of major international institutions such as the Tate Modern in London, the National Gallery of Modern and Contemporary Art in Rome and the Museum of Contemporary Art in Tokyo. Nominated for the Nobel Peace Prize in 1996, Shimamoto died in Osaka in 2013 at the age of 85.