Hostler Burrows presents an exhibition of fifteen new works by renowned ceramic artist Shozo Michikawa (Japanese, b. 1953). This is the artist’s first solo presentation with the gallery. 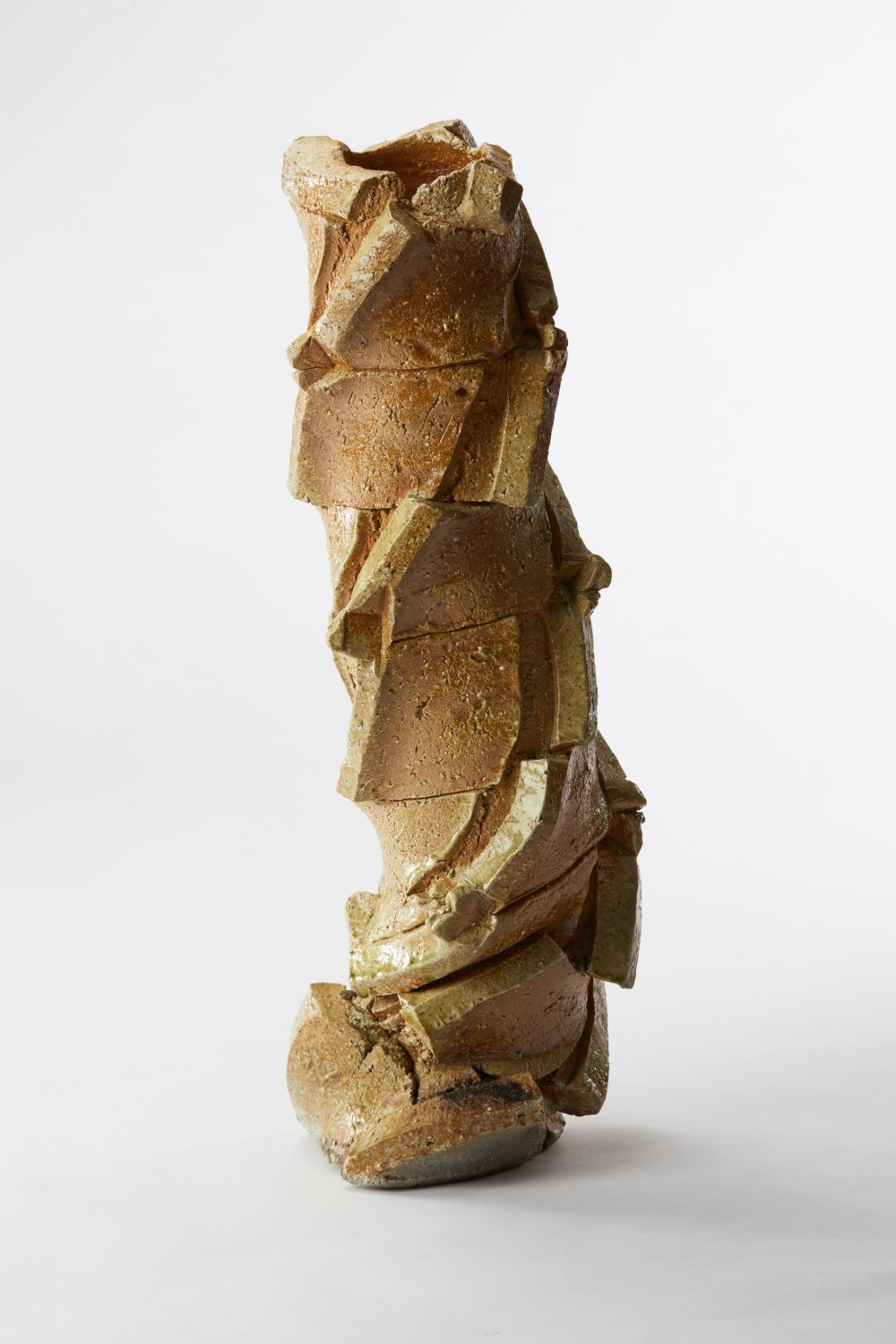 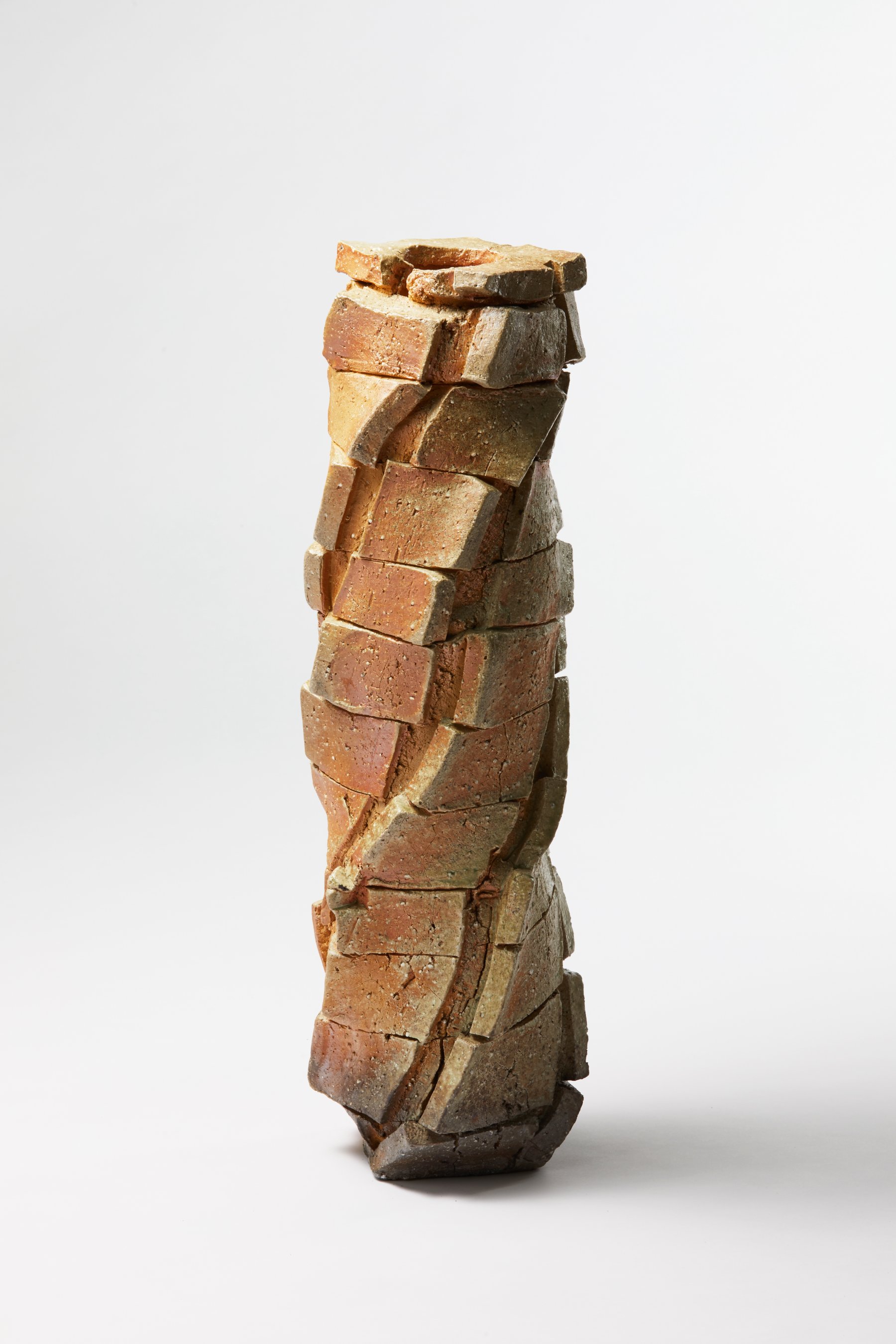 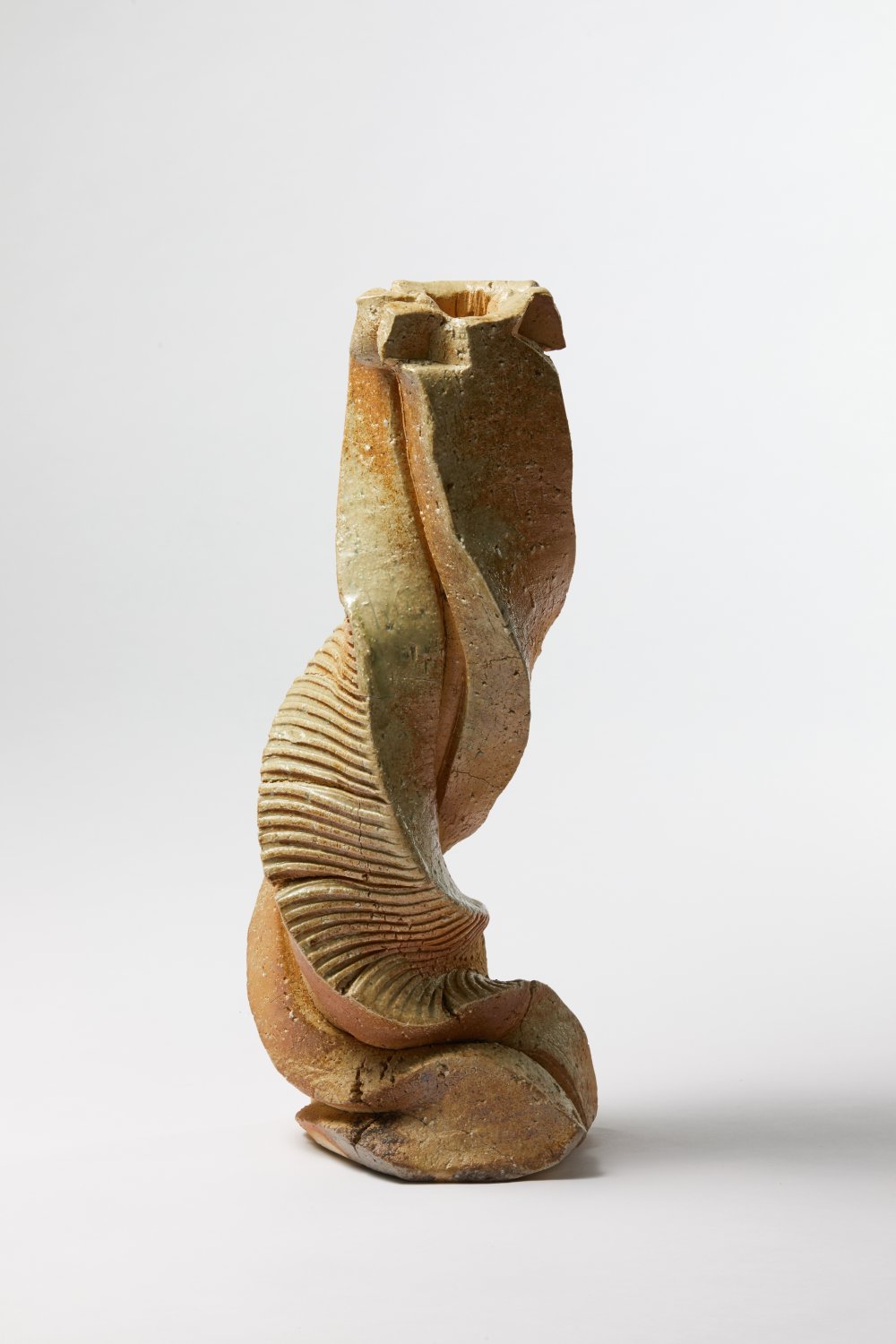 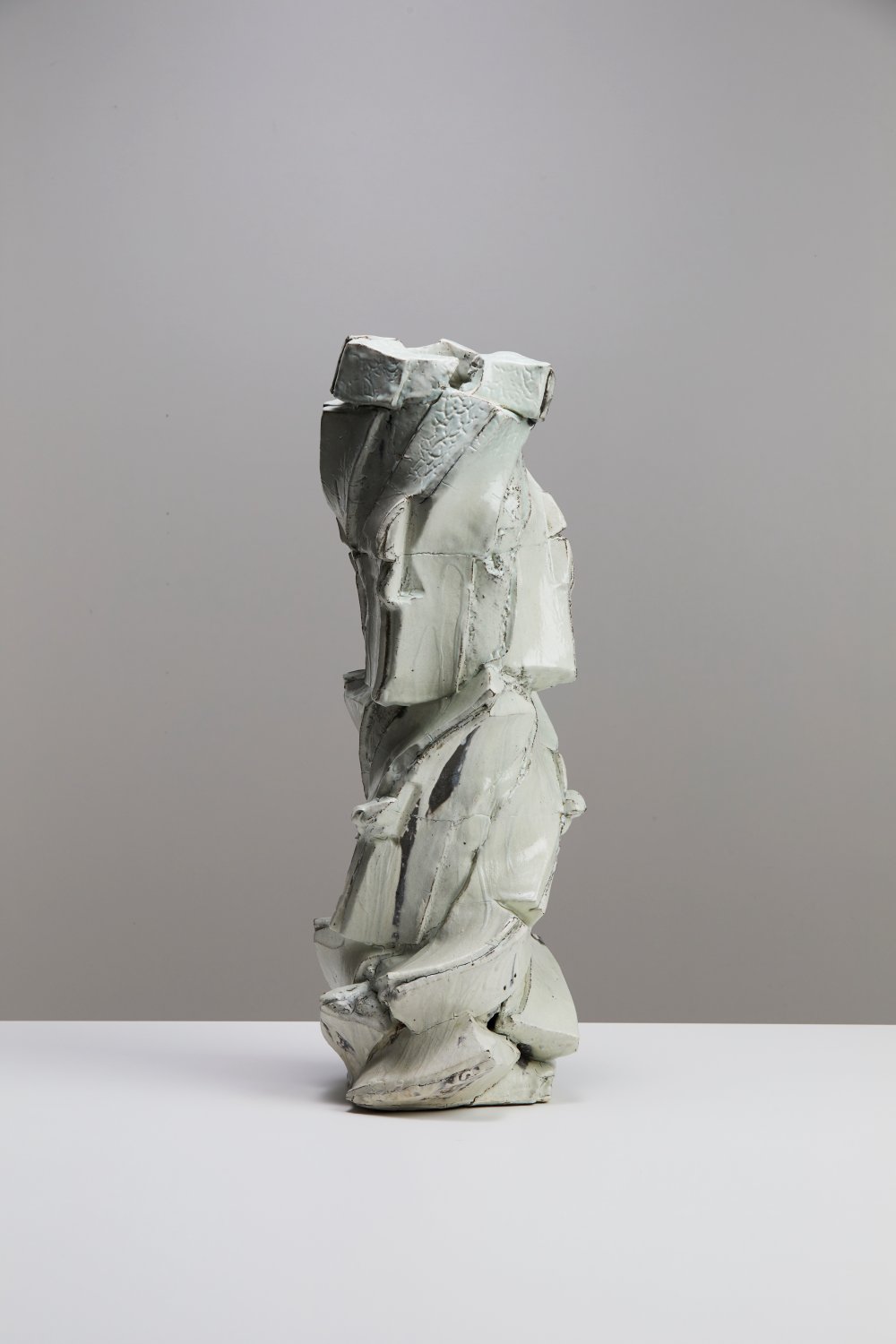 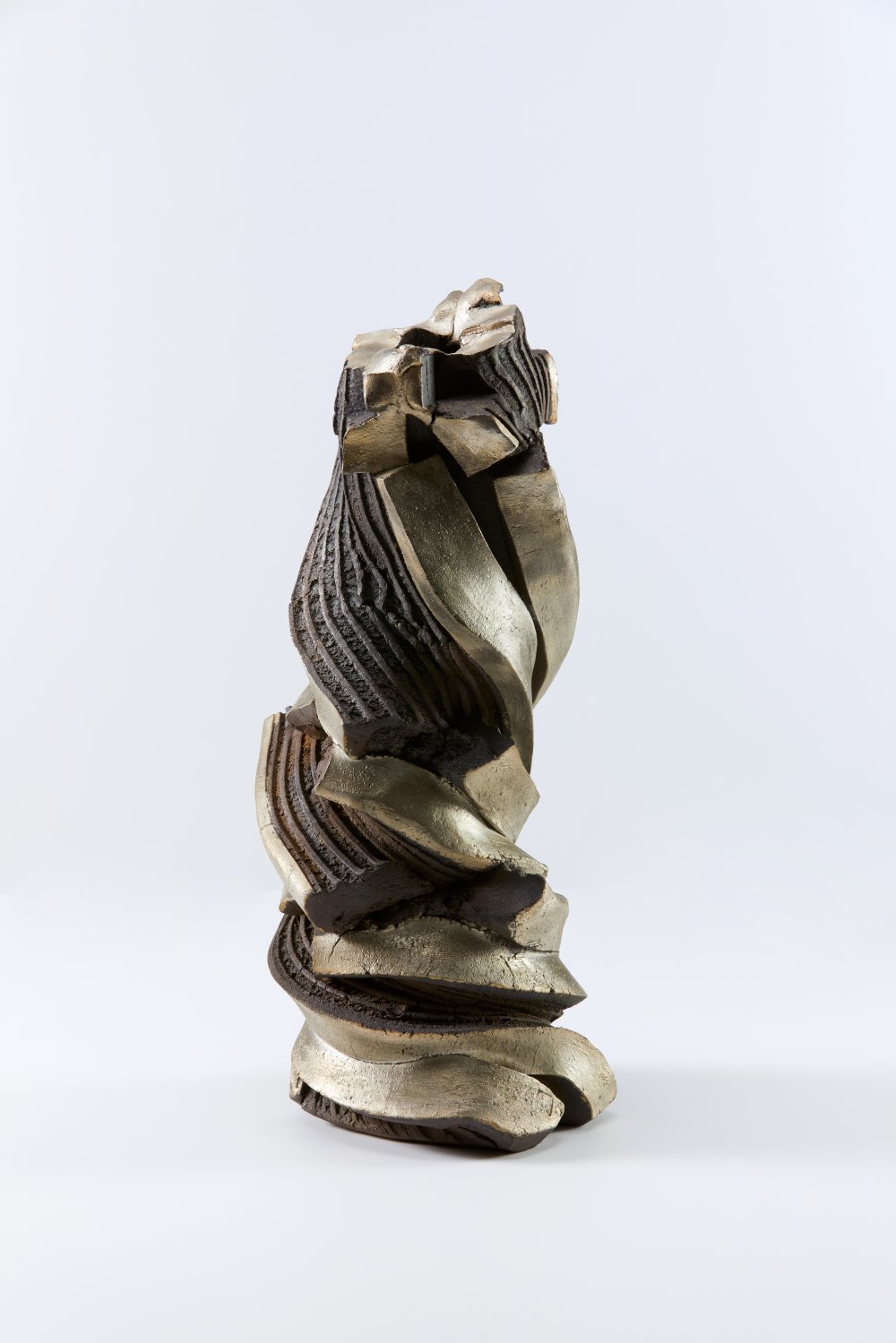 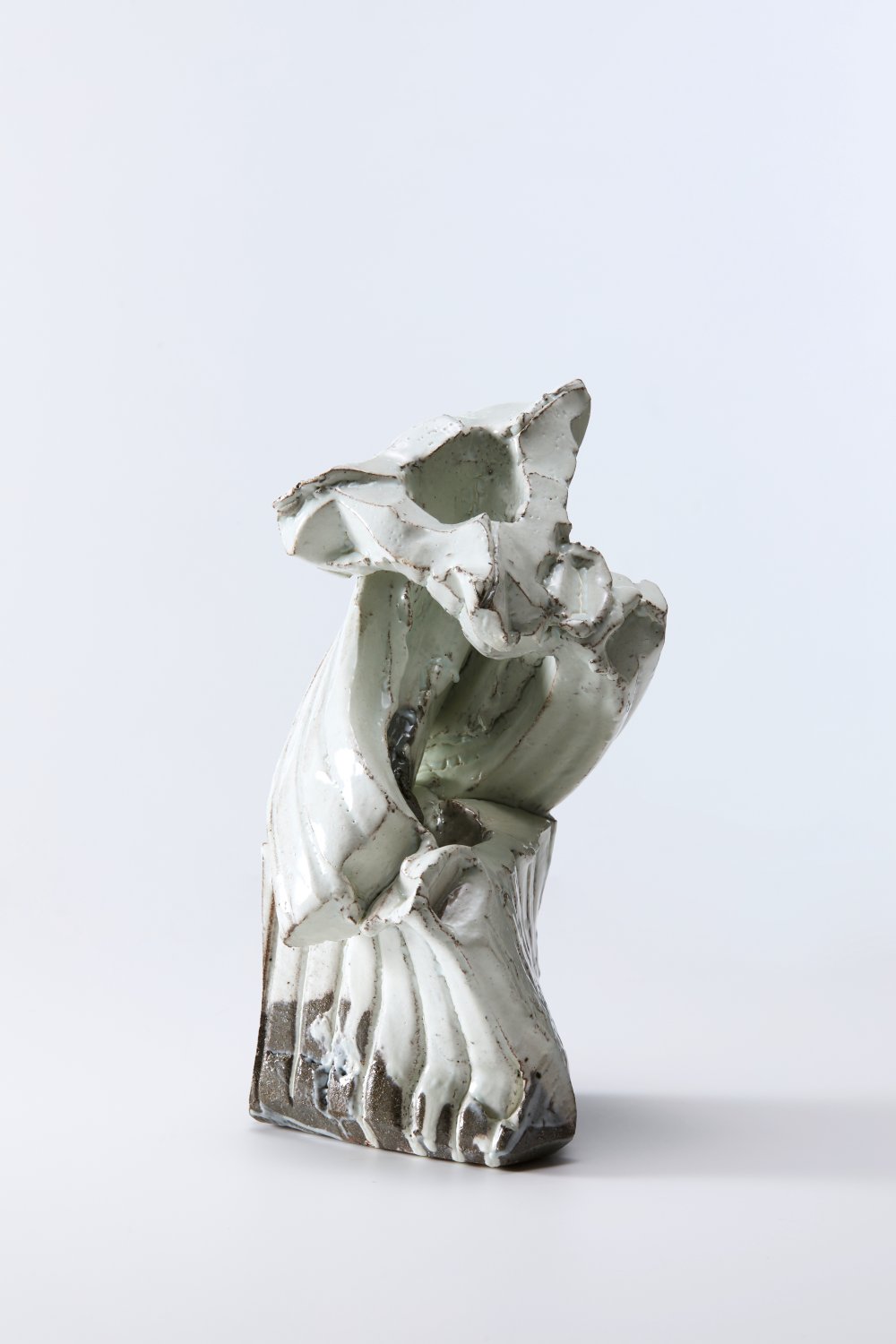 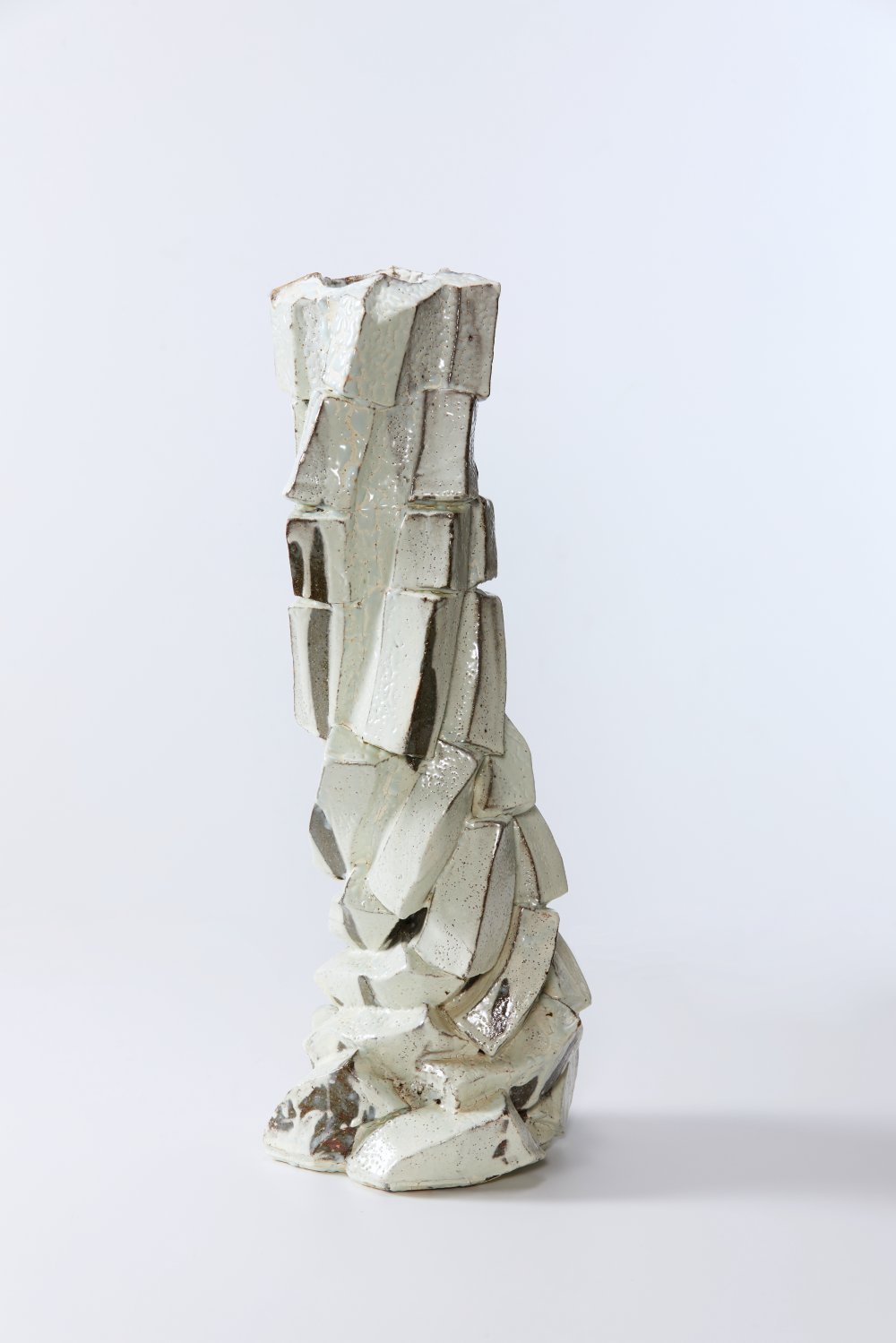 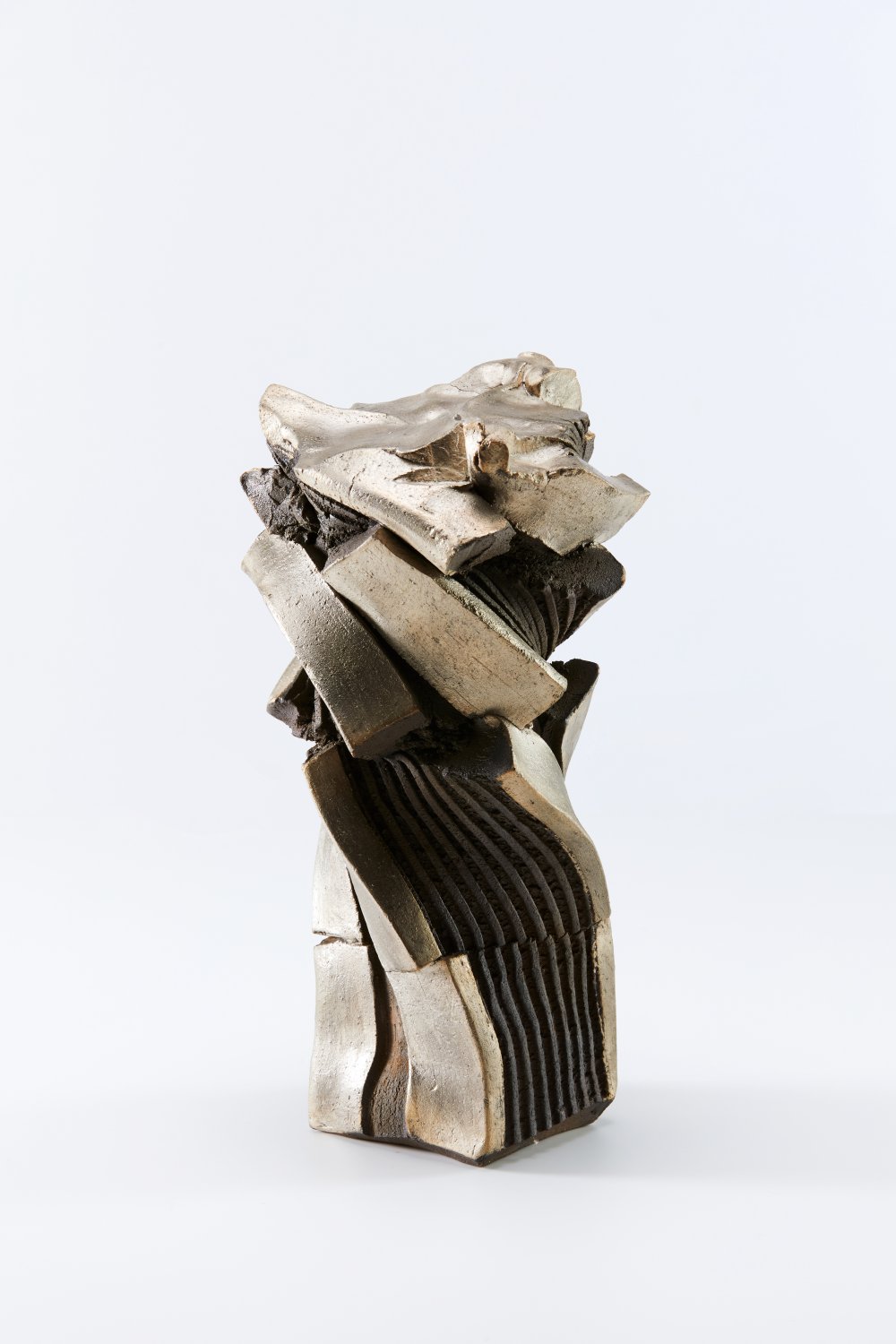 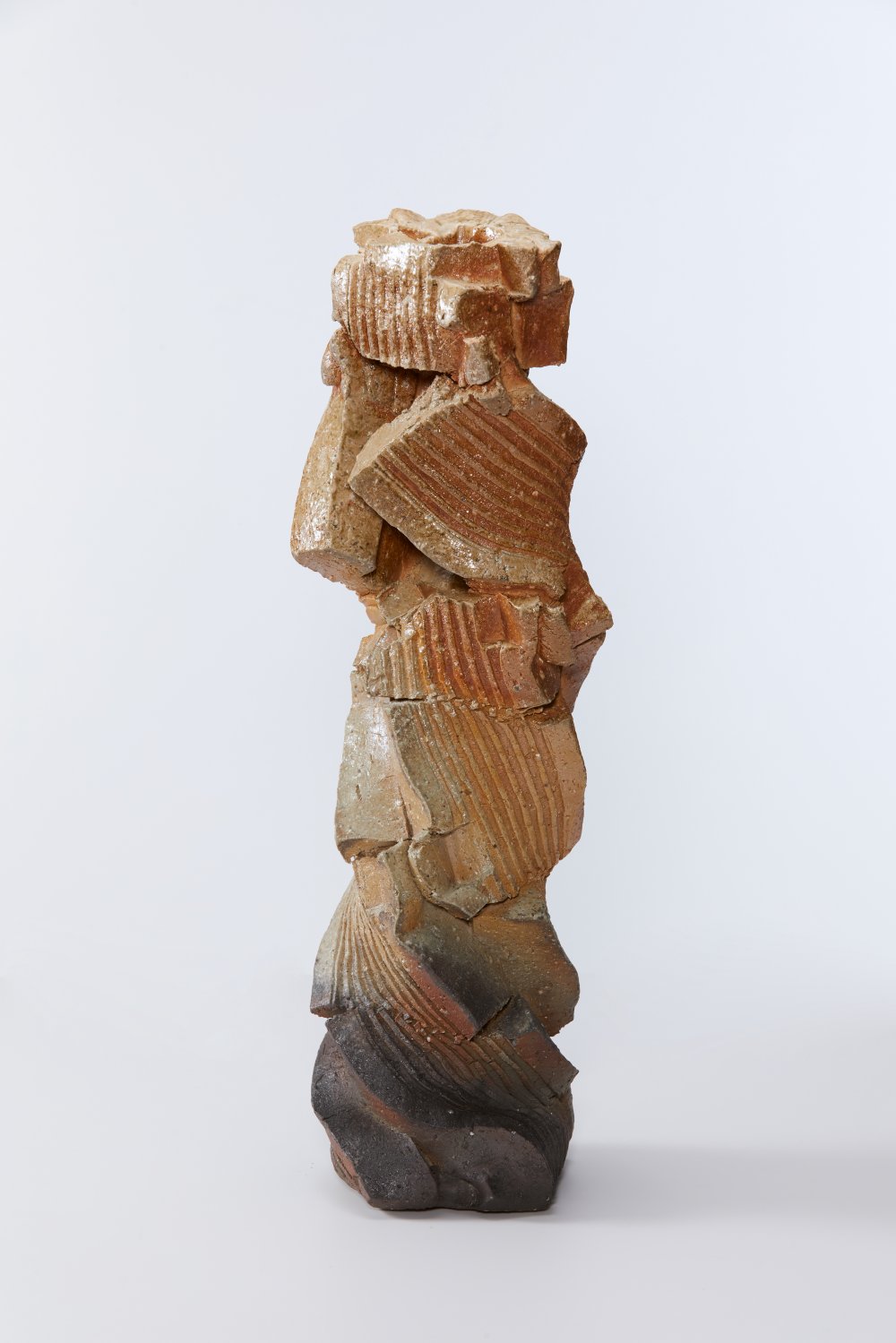 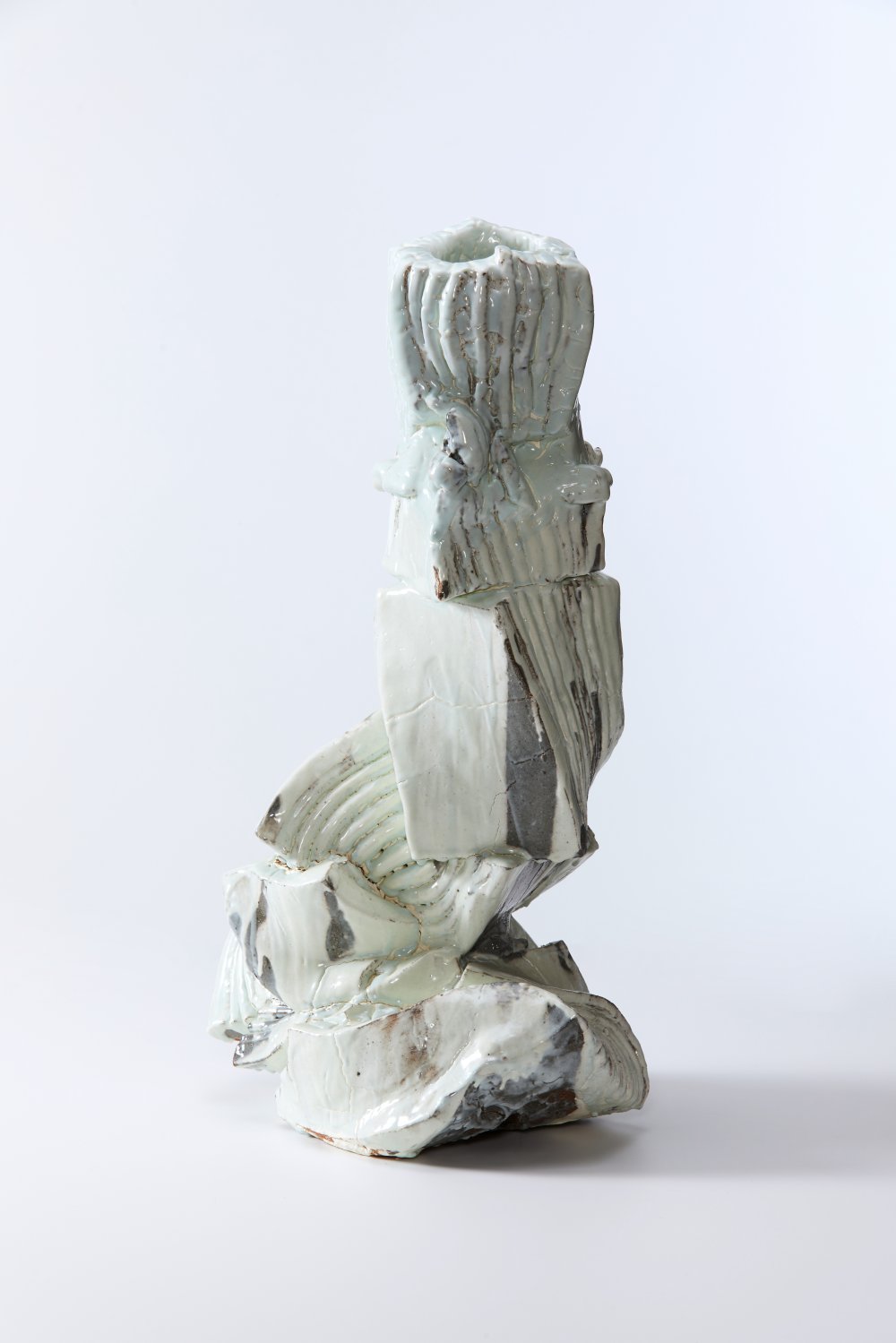 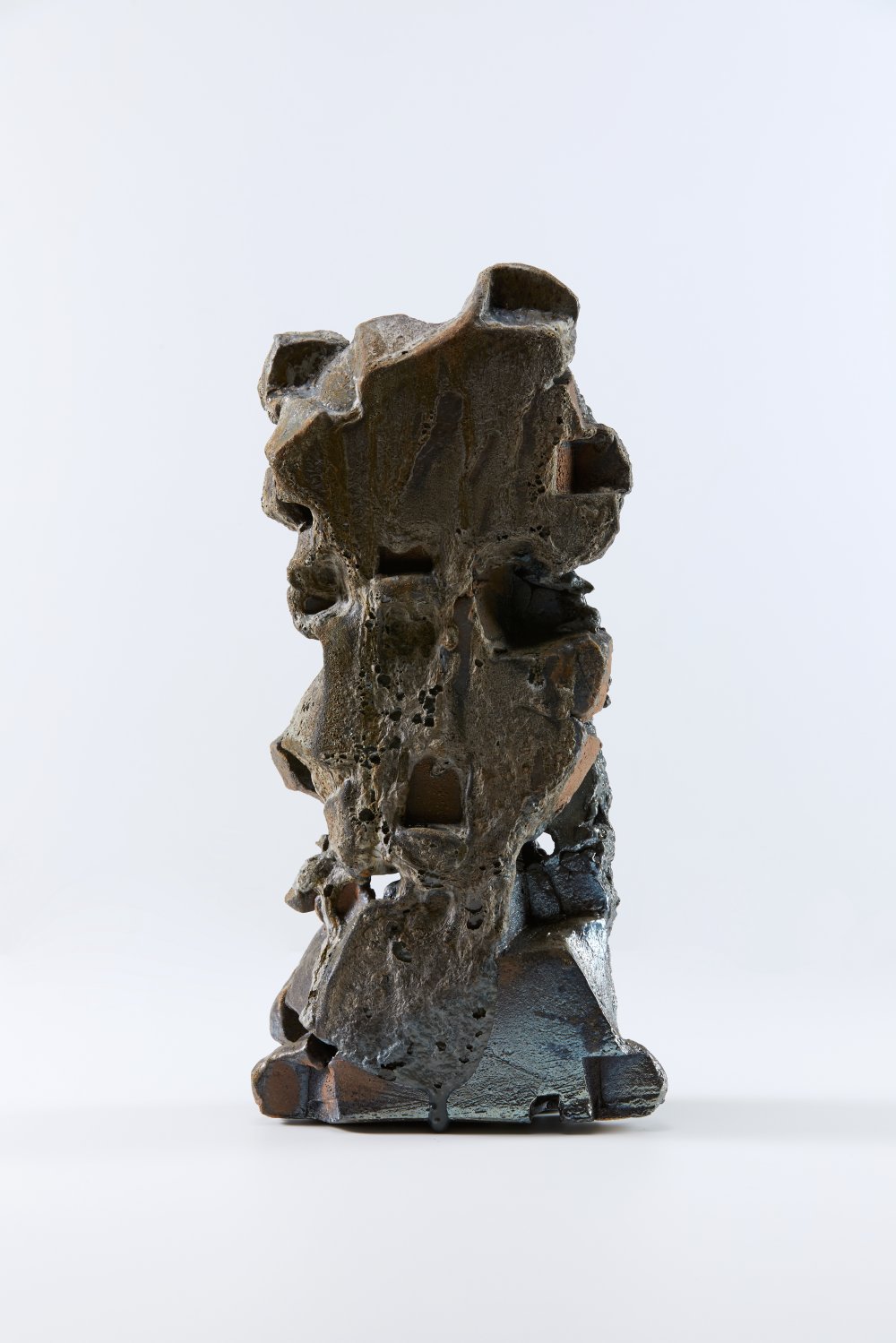 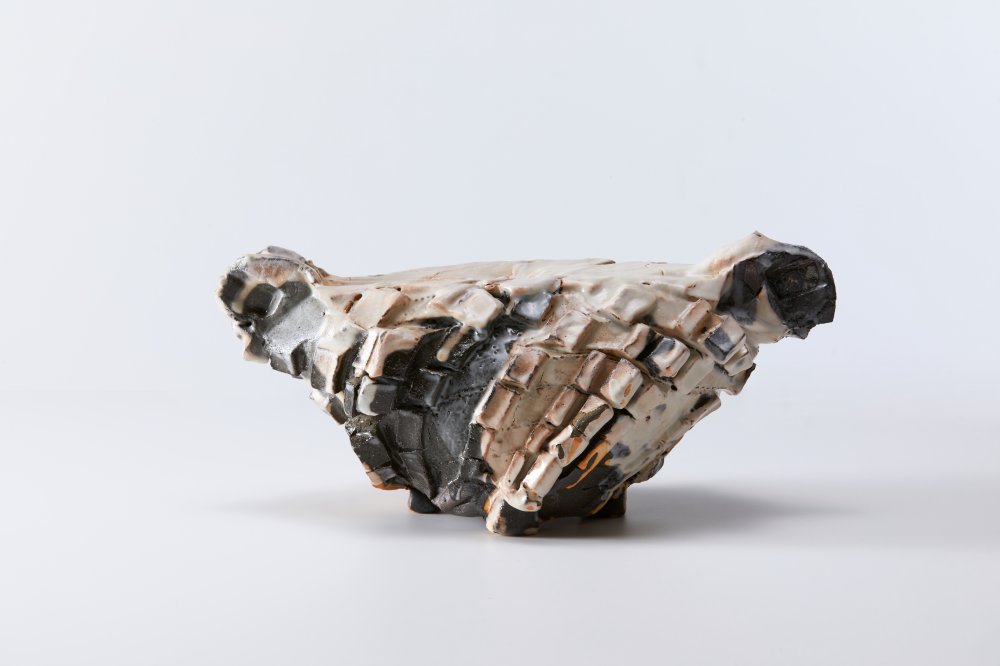 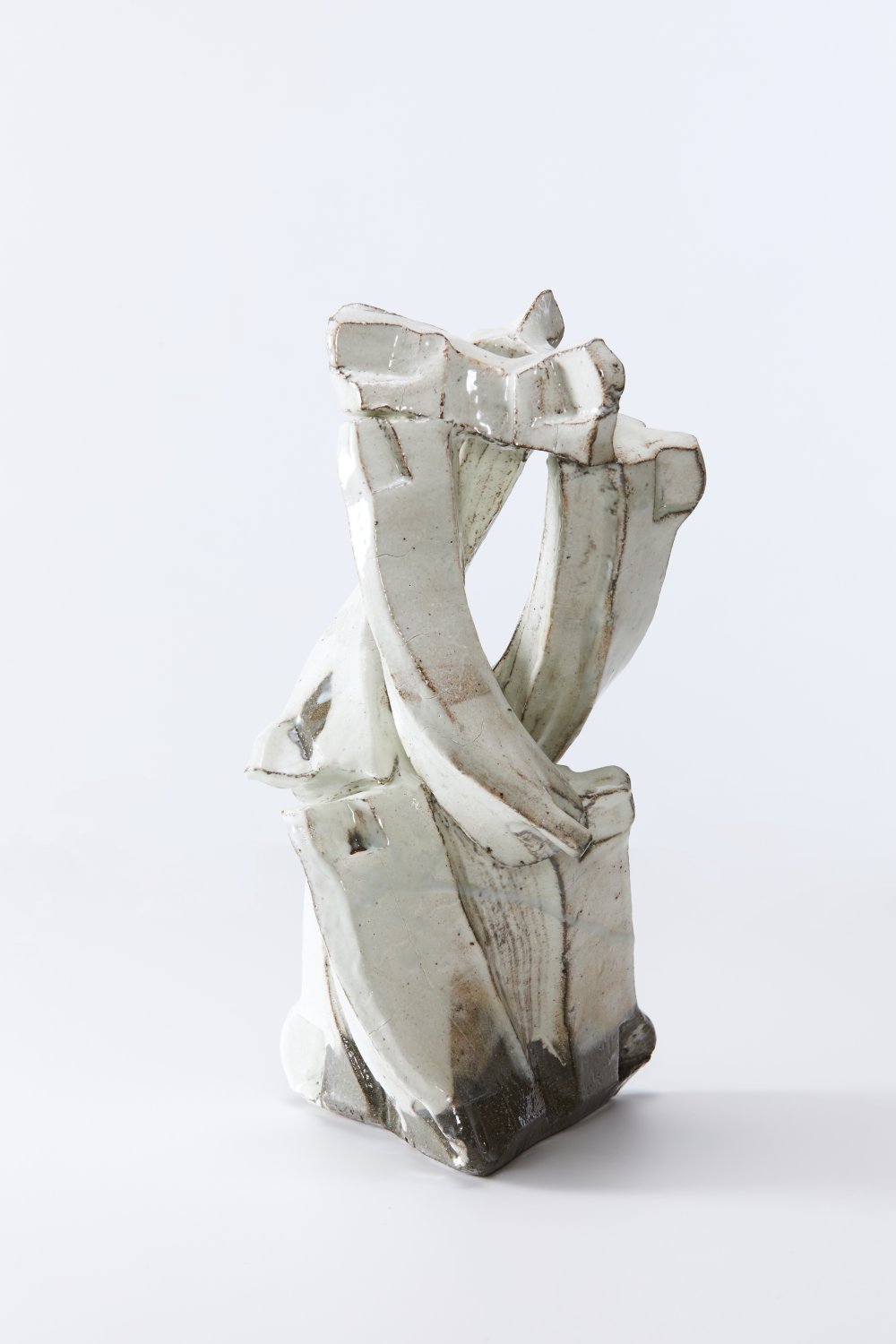 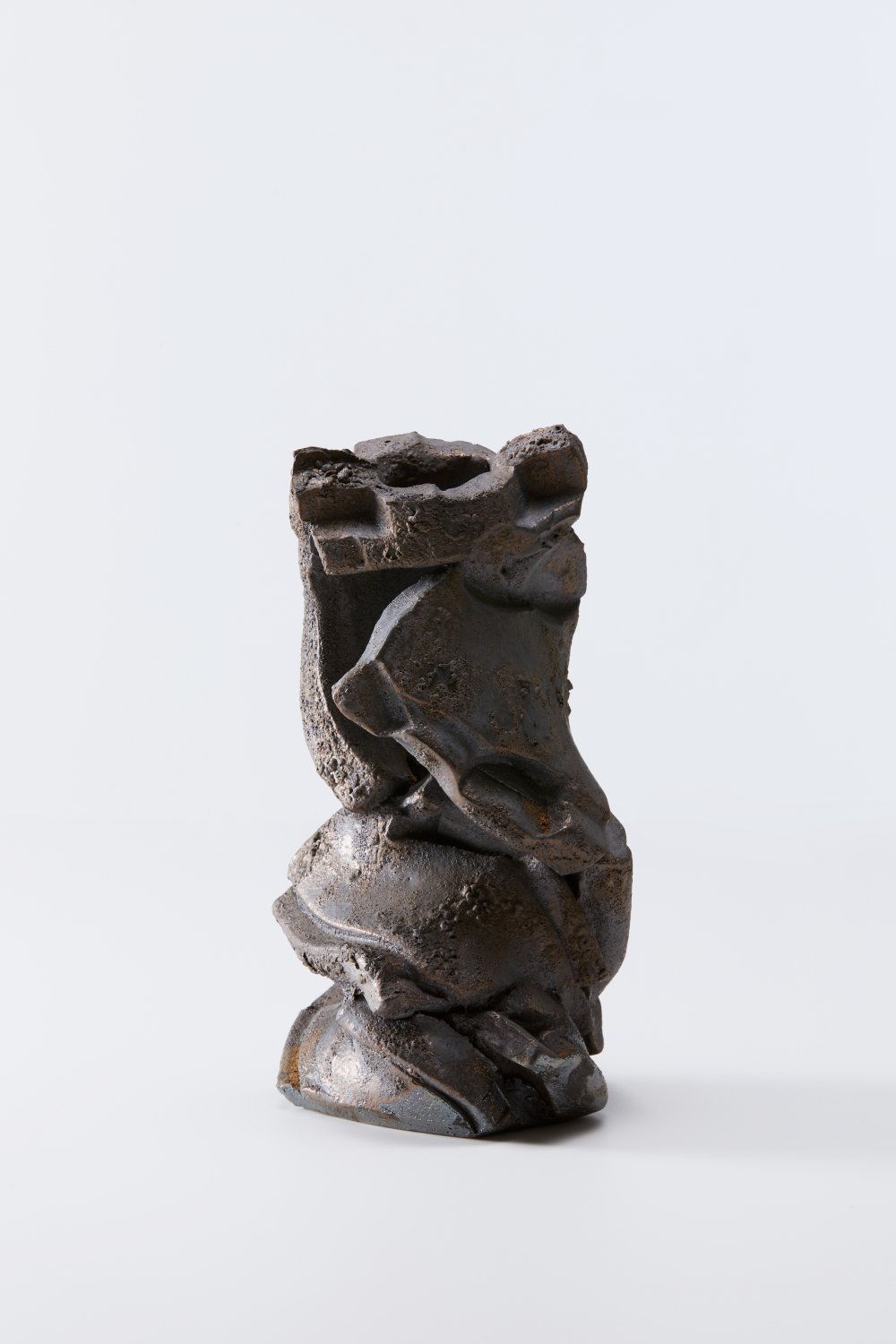 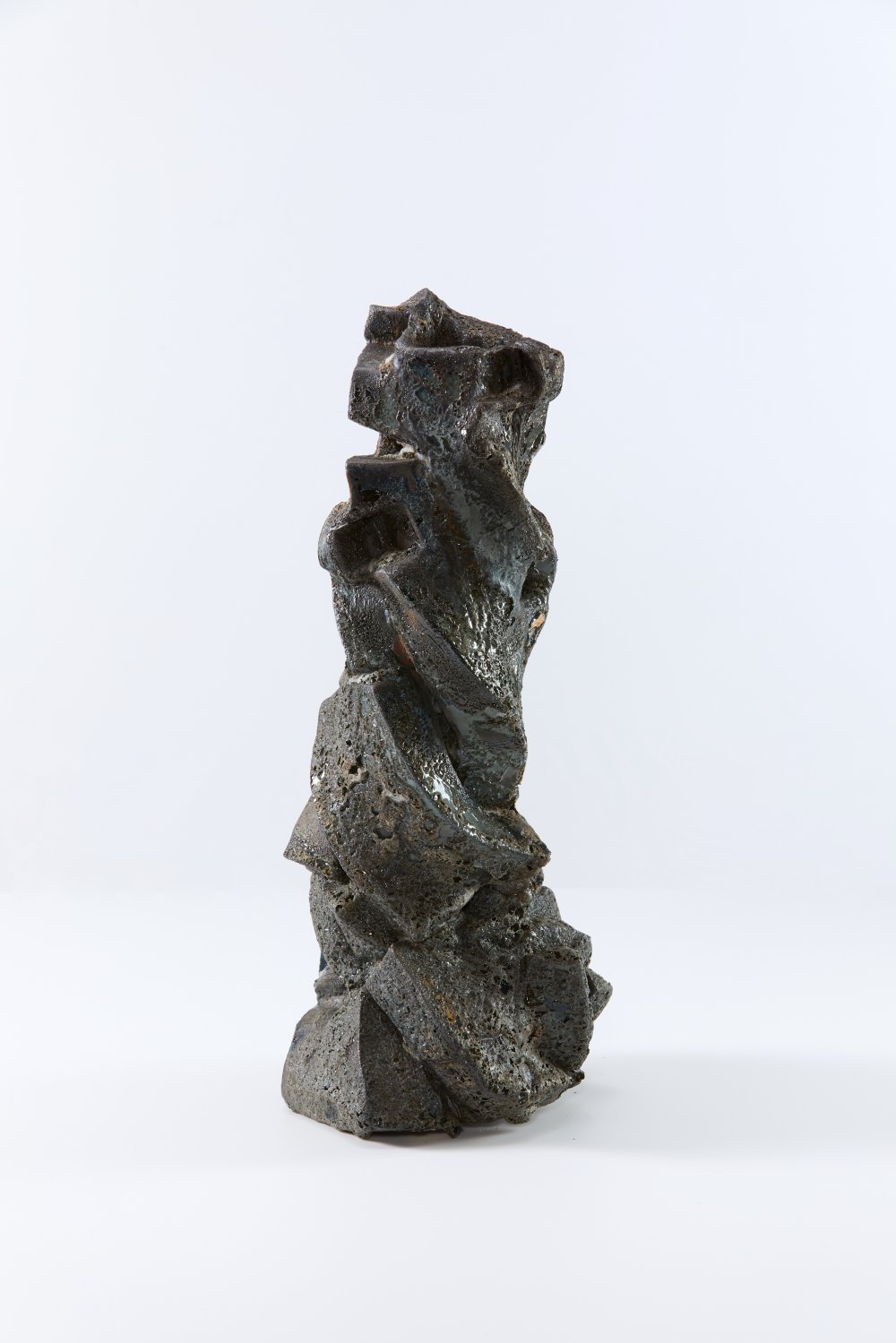 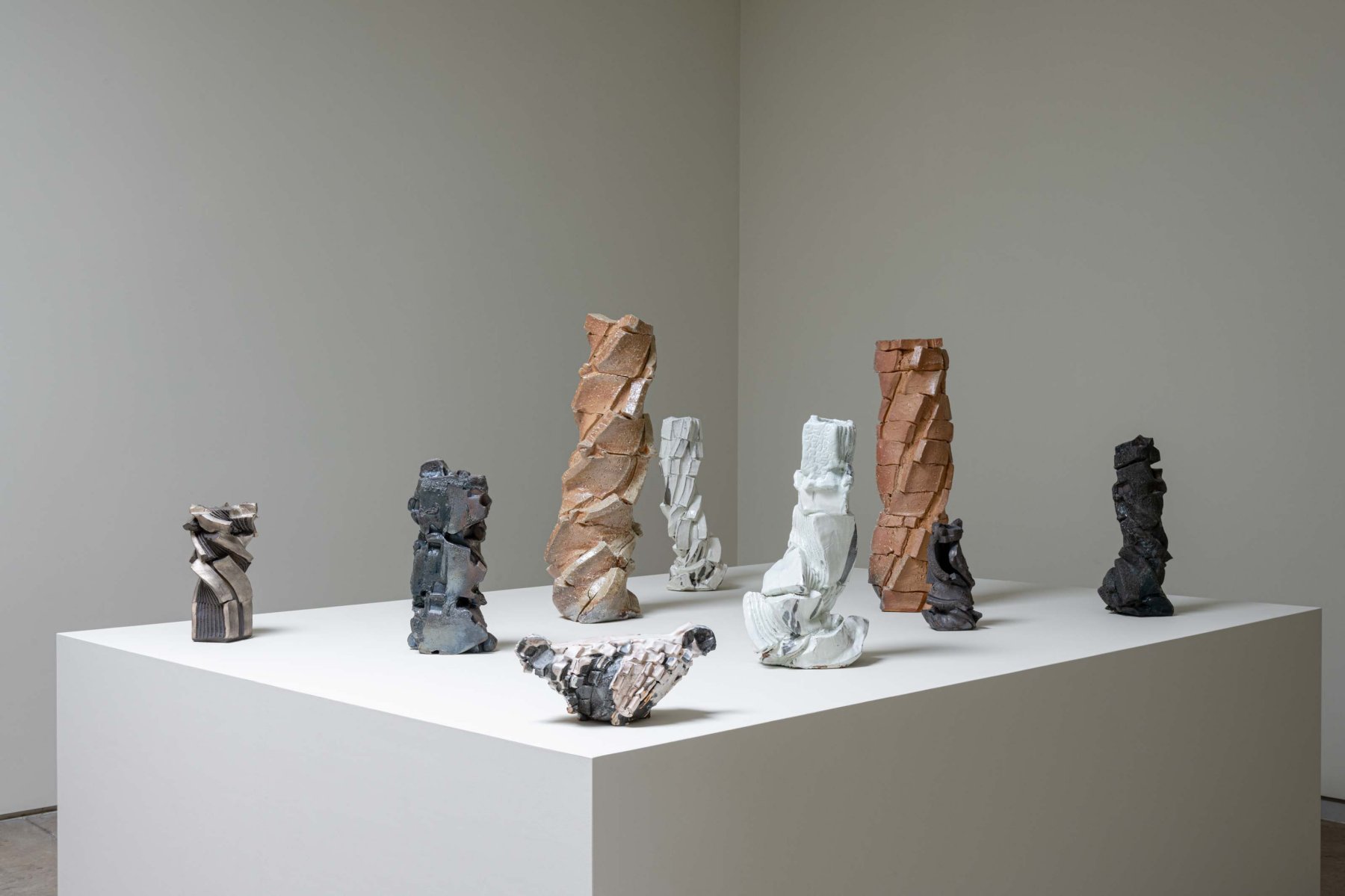 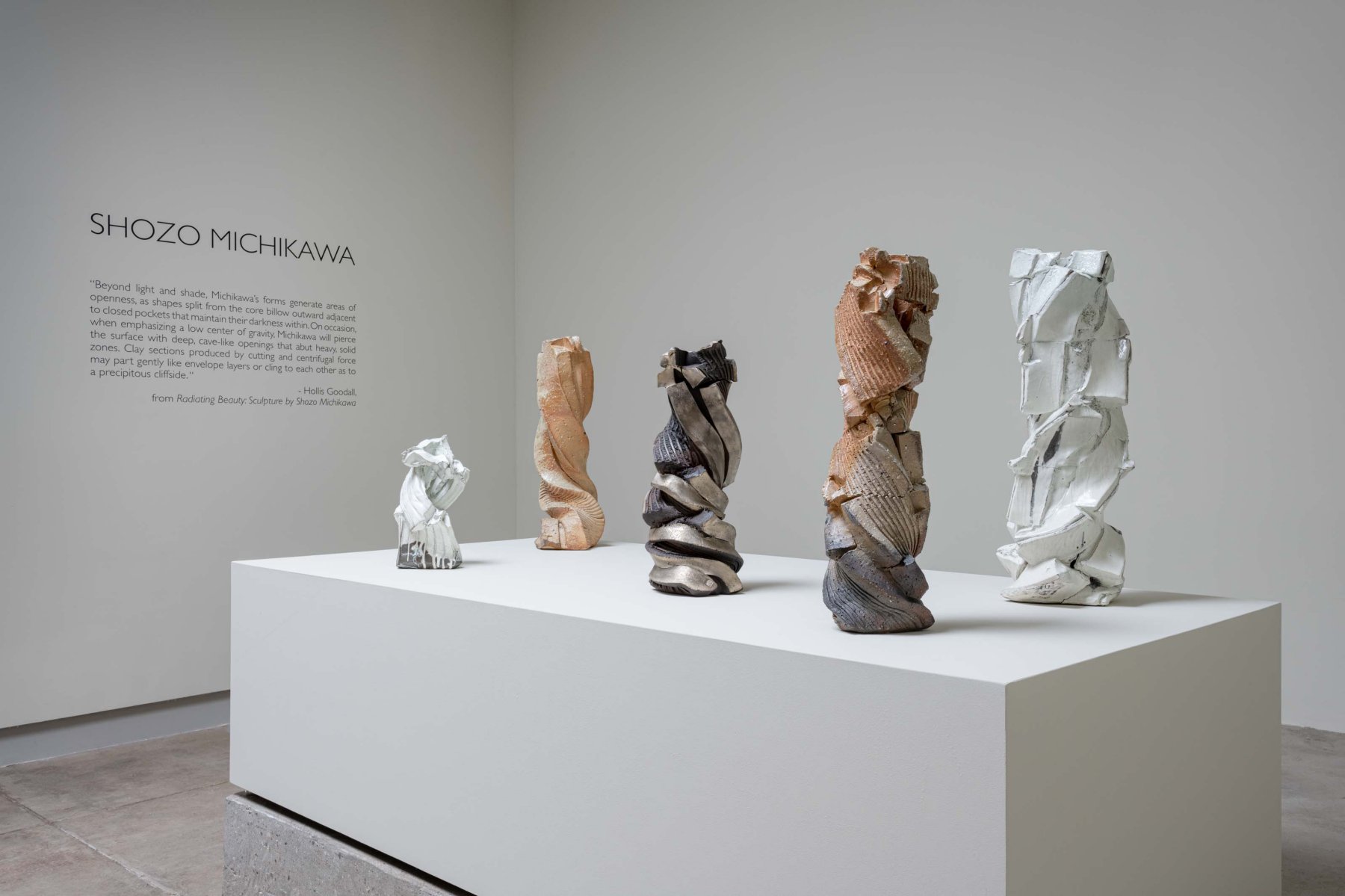 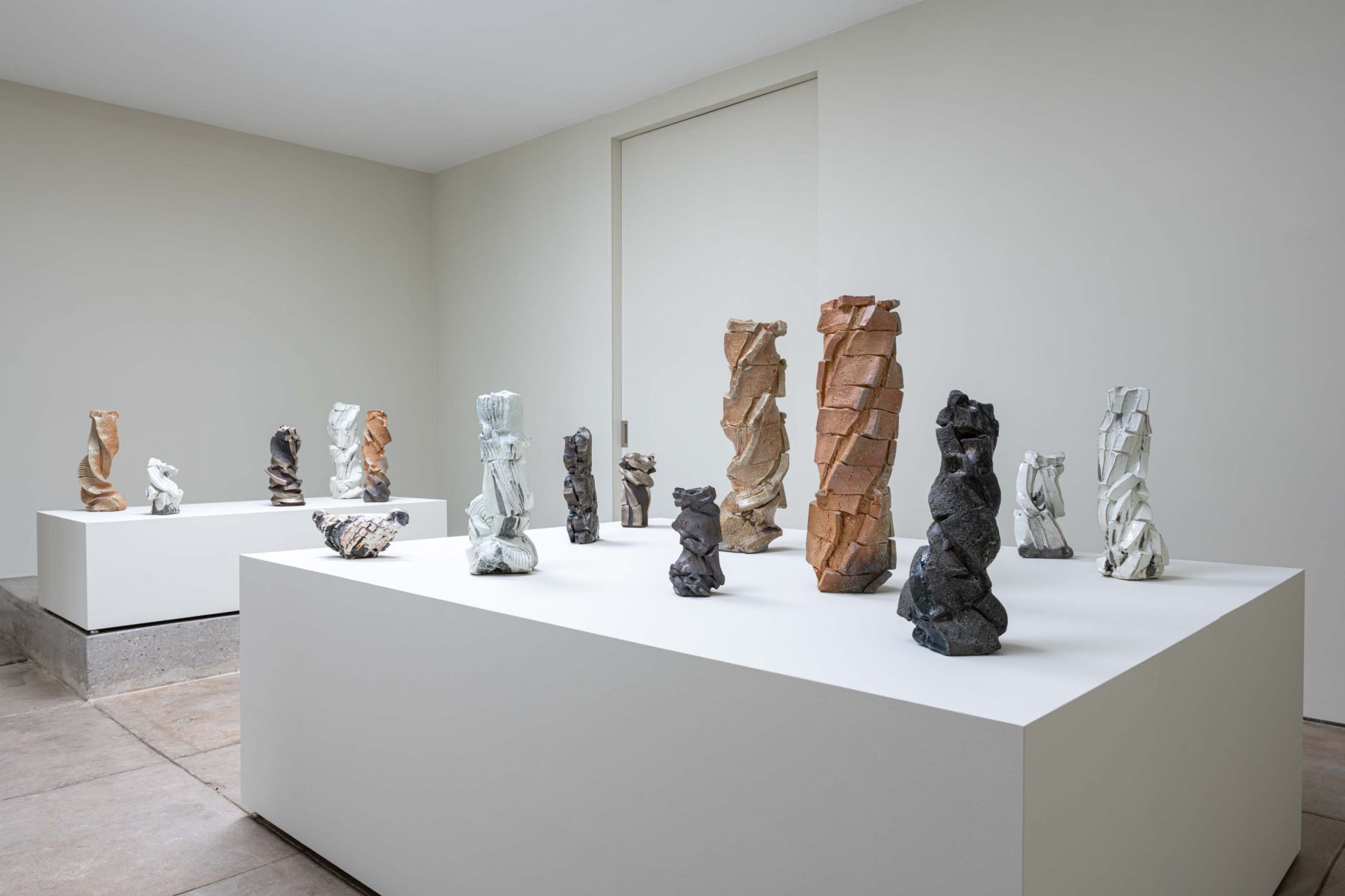 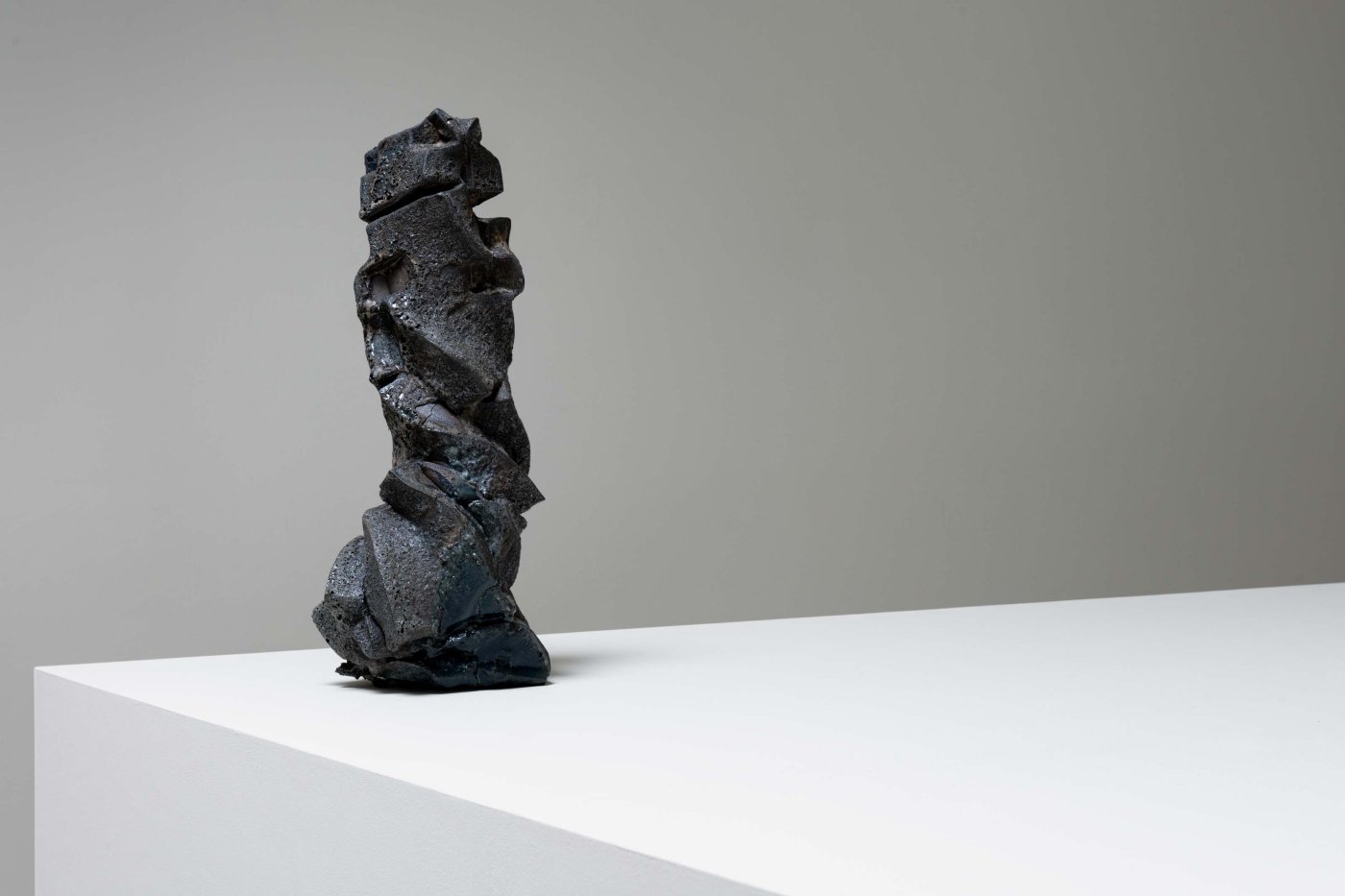 Michikawa’s highly expressive gestural sculptures are inspired by his fascination with nature— particularly his awe of the landscape on the island of Hokkaido where he grew up—and the patterns formed by forces such as wind, water, and lava. His unique process blends a knowledge of centuries-old Japanese ceramic techniques with a desire to break from traditional hierarchies and evoke the sensibilities of modern life.

Each piece begins with a square or triangular slab of clay on the wheel. Michikawa transforms the surface of the clay by squaring and carving into it. He then makes an opening in the center of the block using his hand or a sculpting tool, and shapes the form of the vessel entirely from within, twisting it along an invisible central axis as the wheel turns. This radical departure from the classical methods he was trained in is tempered by the artist’s symbolic intention in creating this opening, which is to allow the sculpture to exist also as a vessel. Although his approach is rooted in innovation and the freedom to experiment, Michikawa expresses reverence for the history of his medium by establishing a link to traditional Japanese pottery, which emphasizes the importance of function. His ability to create beauty from contrast with such nuance results in an extremely dynamic body of work, and imbues each piece with a quiet power and harmony.

In her essay Radiating Beauty | Sculpture by Shozo Michikawa, Hollis Goodall (Curator, Japanese Art at LACMA) writes,“Entering a gallery of sculpted clay by Shozo Michikawa, one encounters complex choreography. Some works spiral upwards like a butterfly escaping a cocoon, others split under the pressure of intense centrifugal force, and a few appear to crawl along the pedestals like armadillos. Those that dance lightly appear to wear kimono, the even width of fabric panels twirling as the figure turns.The force driving these works, whether they propel into helical chaos or take a sinuous curve to a level top, comes from within.”

Shozo Michikawa is based in Seto, home to one of the Six Old Kilns of Japan, where he has maintained a studio since 1975. He dedicated the first ten years of his ceramic practice to mastery of the wheel and glazes, and has spent the decades since developing his distinct manner of throwing clay. Michikawa’s work has been widely exhibited throughout Japan as well as internationally, and is included in the collections of the Shimada City Museum, Japan,Victoria and Albert Museum, London, Musée Cernuschi, Paris, Los Angeles County Museum of Art, and the Philadelphia Museum of Art, among other institutions. In 2005, he received the honor of becoming the first Japanese artist to have a solo exhibition at the Forbidden City in Beijing.