Lisson Gallery presents Shirazeh Houshiary’s first exhibition in Shanghai, encompassing a series of new works created and inspired by the artist’s experience of lockdown in the UK. 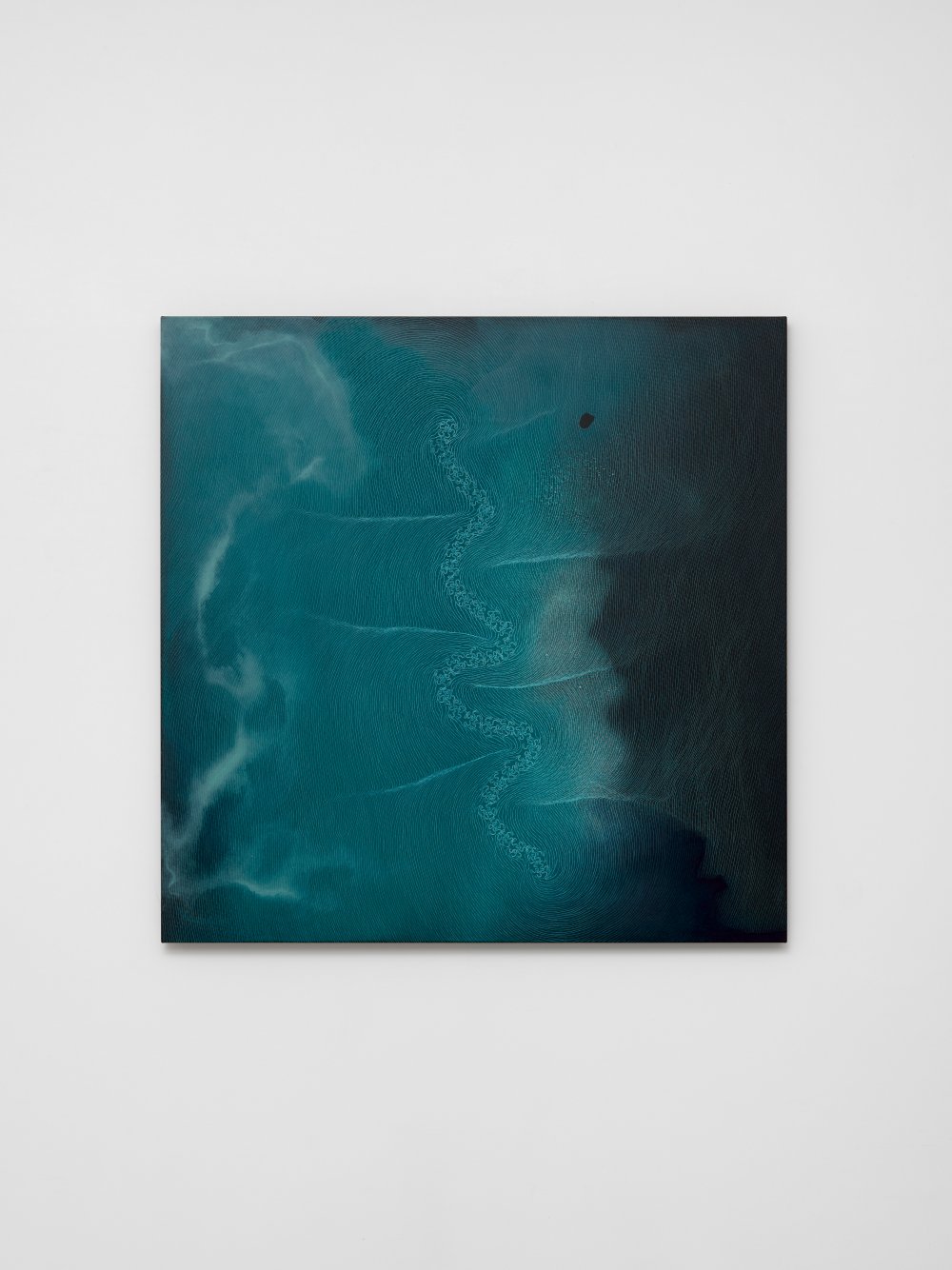 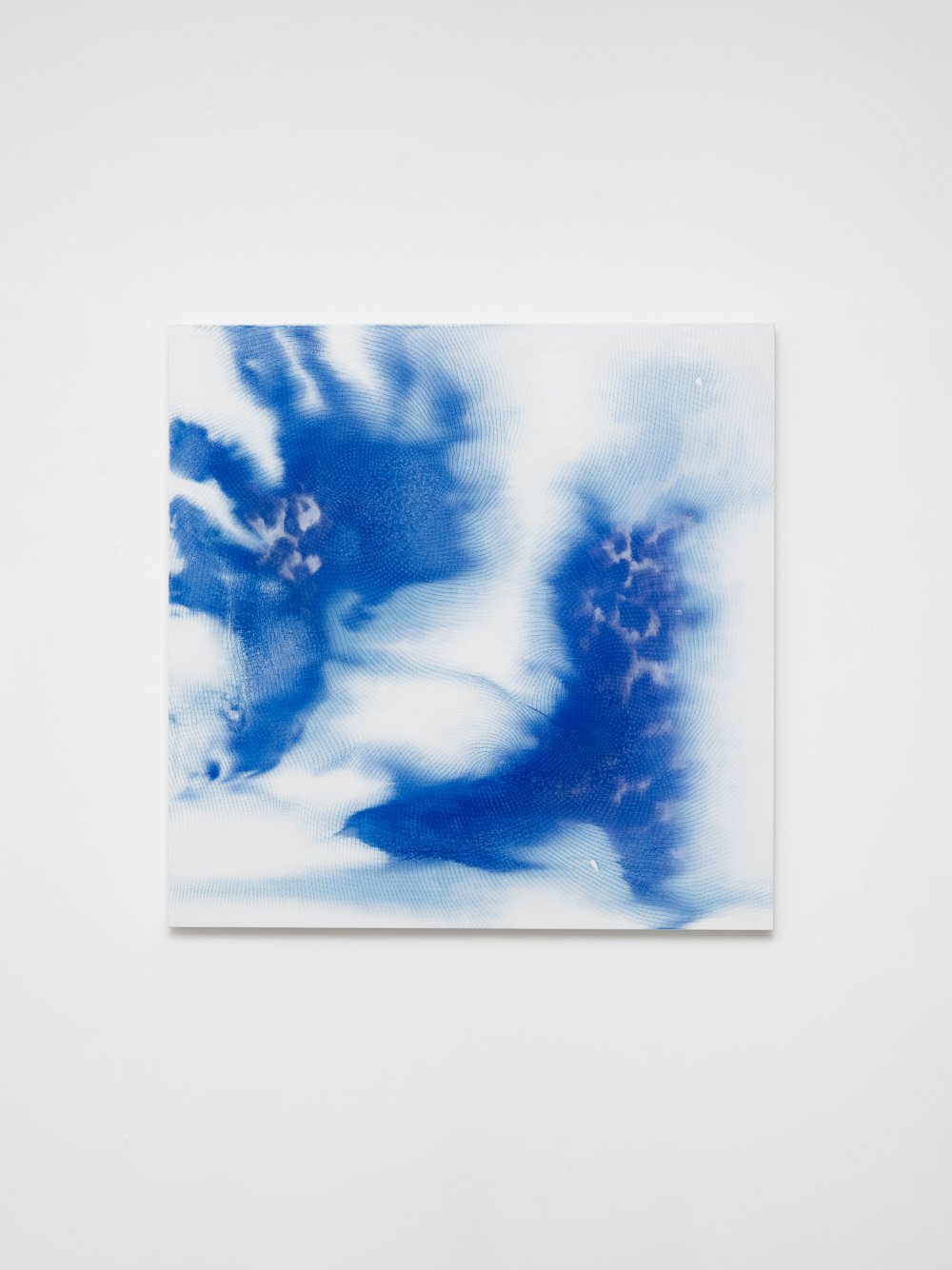 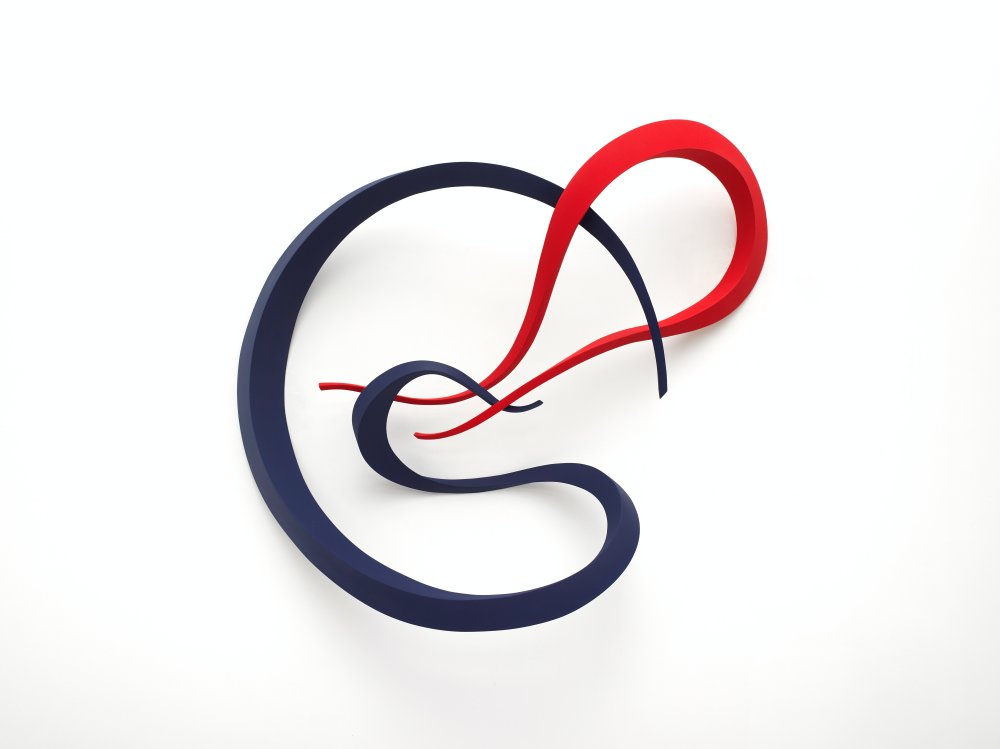 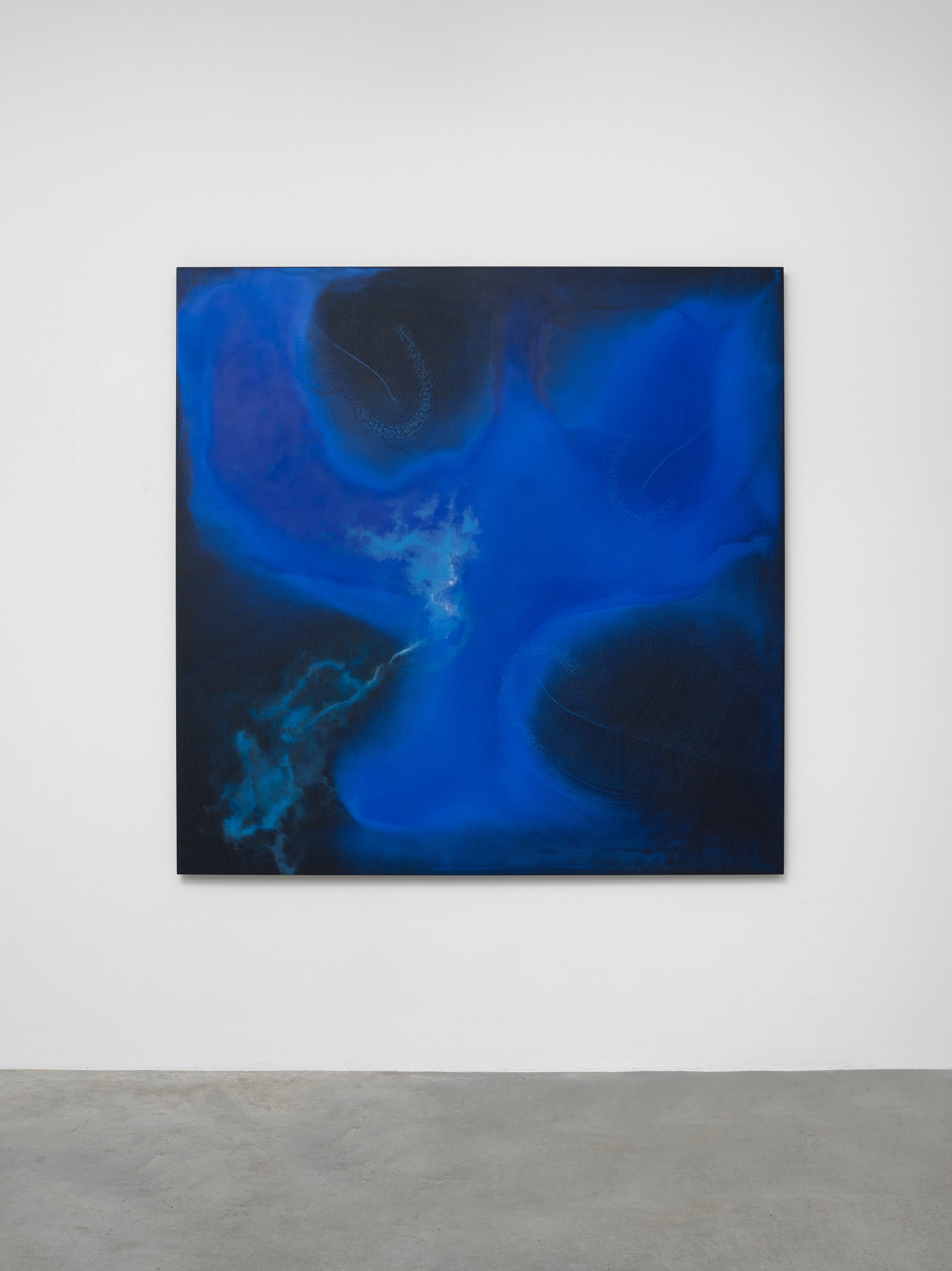 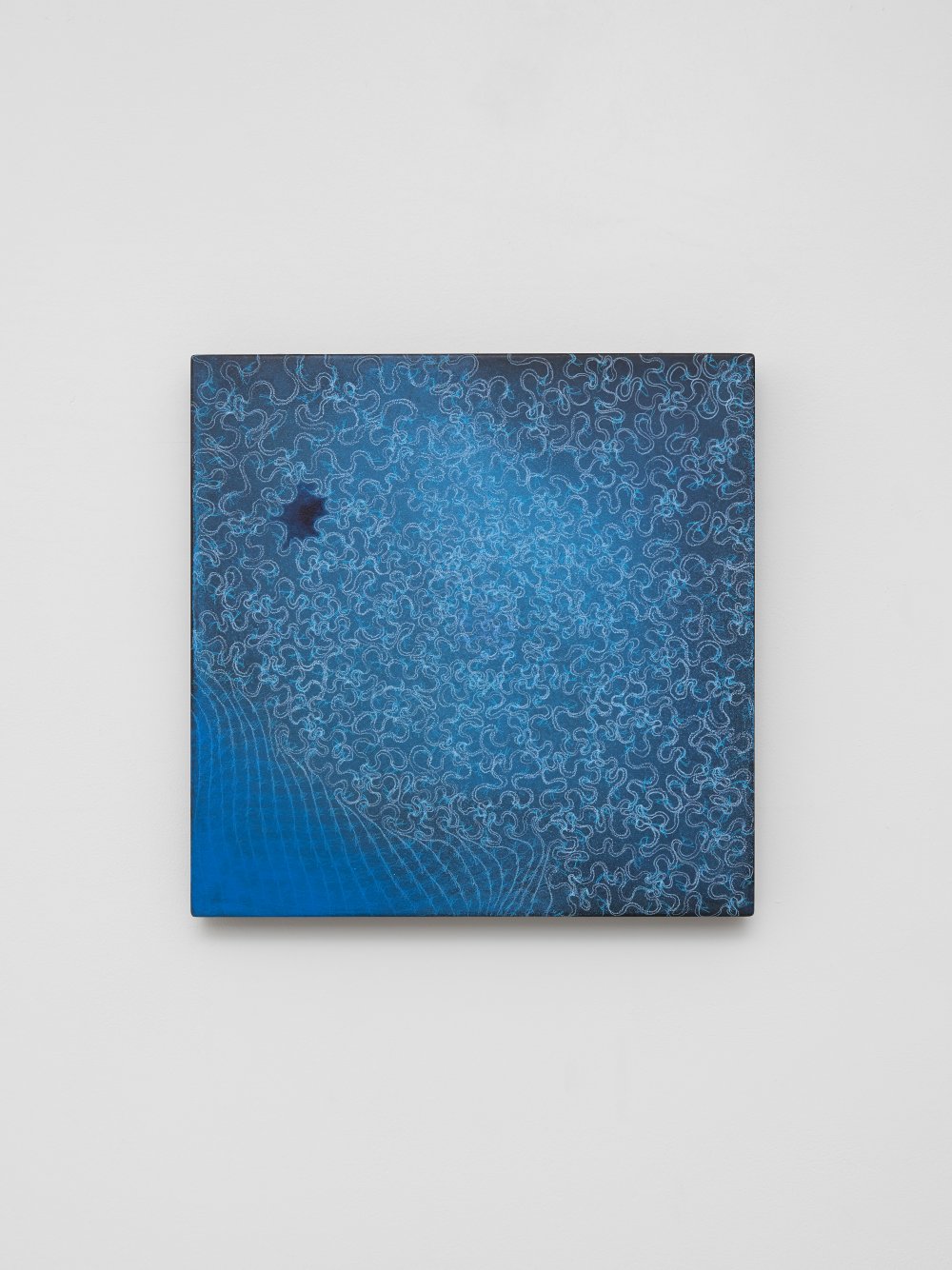 ‘As Time Stood Still’ is a deeply personal, philosophical exhibition, exploring profound questions about perception and imagination, as well as the fundamental power of beauty; as the artist describes, “As time stood still through the lockdown and with death all around, it is beauty that strikes a chord with most of us. Beauty in nature, the movement of the trees as the breeze ruffles its leaves. Beauty is the awareness of life and our ephemeral existence.”

The exhibition follows the artist’s trip to China in 2018, involving an expedition to the Cave Temples of Dunhuang, a UNESCO World Heritage site on China’s Silk Road. During this trip, Houshiary was invited by the Central Academy of Fine Arts for an ‘in conversation’ with the artist Yu Hong, where they discussed the history of this artistic and religious site, the significance of the ‘Silk Road’, and Houshiary’s early interest, as a young child, in the stories from this region.

Since the 1980s, Houshiary has sought to embody profound abstract concepts, namely the very essence of existence – transcending any form of perceived identity, from nationality to language, culture or beliefs – through her work. Exploring philosophy, cosmology, poetry, physics and religion, Houshiary’s work spans painting, sculpture, installation, architectural projects and film. Born in Shiraz, Iran, in 1955, Houshiary moved to London in 1974 when her work began to be exhibited internationally — from the Venice Biennale in 1982, to a Turner Prize nomination in 1994. Her first solo exhibition at Lisson Gallery took place in 1984. In 2018 Houshiary was awarded the Asia Society Asia Game Changer Award. Her work is included in prestigious public collections worldwide, including the Museum of Modern Art, New York; Centre Pompidou, Paris; Solomon R. Guggenheim Museum, New York; the Metropolitan Museum of Modern Art, New York, and the Tate Collection, London.

‘As Time Stood Still’ is a pertinent reflection on our current state of existence, commenting on this period of global transformation but offering an alternative perspective. The exhibition presents a rare opportunity to observe what has arisen in the wake of the pandemic: a sense of appreciation and gratitude for our natural surroundings. Speaking to Shen Qilan, the writer, art critic and curator, Houshiary comments: “As we have continued with lockdown I have not been distracted by events and have found solace in looking through the window of my studio into the woods beyond. Here, all relationships and ideas that make up the cosmic process are everywhere and I am reminded of the short- sightedness of humanity.”

In five powerful new paintings – Swell, Parable, Mind and Matter, Chimera and The Big Picture – Houshiary mirrors the passing nature of the atmosphere around us, overlaying markings with fleeting patterns that dance and weave around each other. Alongside these, a new sculpture, Duet (all works 2020), uses the wall as its stage; its red and dark blue ribbons recede and advance, gesturing to draw the visitor closer in. “I am trying to capture motion in continuous movement rather than a static solid form. Light and transparency play a big part in this, where the immaterial becomes the invisibility of the material.” Houshiary has also noted the similarity of the intertwining ‘ribbon’ motifs in these works to those found in the murals depicting wind or star gods, as well as flying apsaras or celestial beings, which charge across the thousands of metres of cave paintings in the Mogao Grottos in Dunhuang, China (480 to 1250).

About Shirazeh Houshiary
Since rising to prominence as a sculptor in the 1980s, Shirazeh Houshiary’s practice has swelled to encompass painting, installation, architectural projects and film. “I set out to capture my breath,” she said in 2000, to “find the essence of my own existence, transcending name, nationality, cultures.” Veils, membranes and mists are leitmotifs in work that tries to visualise modes of perception, spanning the scientific and the cosmic while drawing on sources as wide-ranging as Sufism, Renaissance painting, contemporary physics and poetry. Houshiary finds succour in the transformation of material: Arabic words, one an affirmation the other a denial, are pencil-stroked onto canvas so lightly, and clouded over by finely wrought skeins of pigment, that they morph in front of the naked eye and defy reproduction. So too, aluminium armatures and elliptical brick towers, charged with dynamic tension, appear different from every angle, as if negating their own presence; her commission for the East window of St Martin in the Fields, London, presents a cross, warped and spanning from a circular motif, as if reflected in water. “The universe is in a process of disintegration,” she says, “everything is in a state of erosion, and yet we try to stabilise it. This tension fascinates me and it’s at the core of my work” (2013).