“Sherron Francis is another painter who could easily be underestimated. For all the grace and restfulness that permeated her recent exhibition at Emmerich, there is underlying strength and determination in her sense of perfectibility…One would have to go all the way back to Giorgio Morandi to find a comparable sense of economy and balance, achieved through controlled modulations of light.” 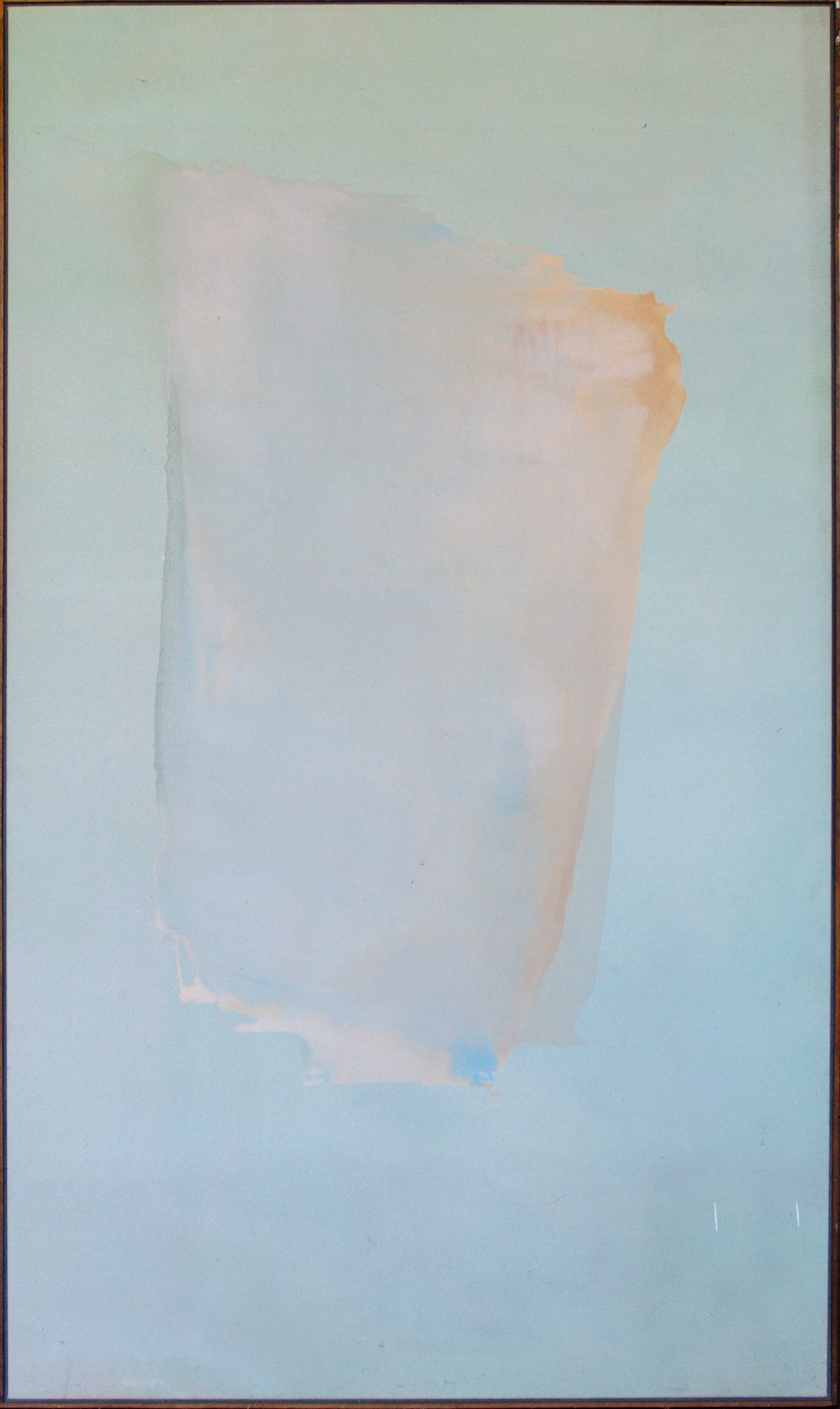 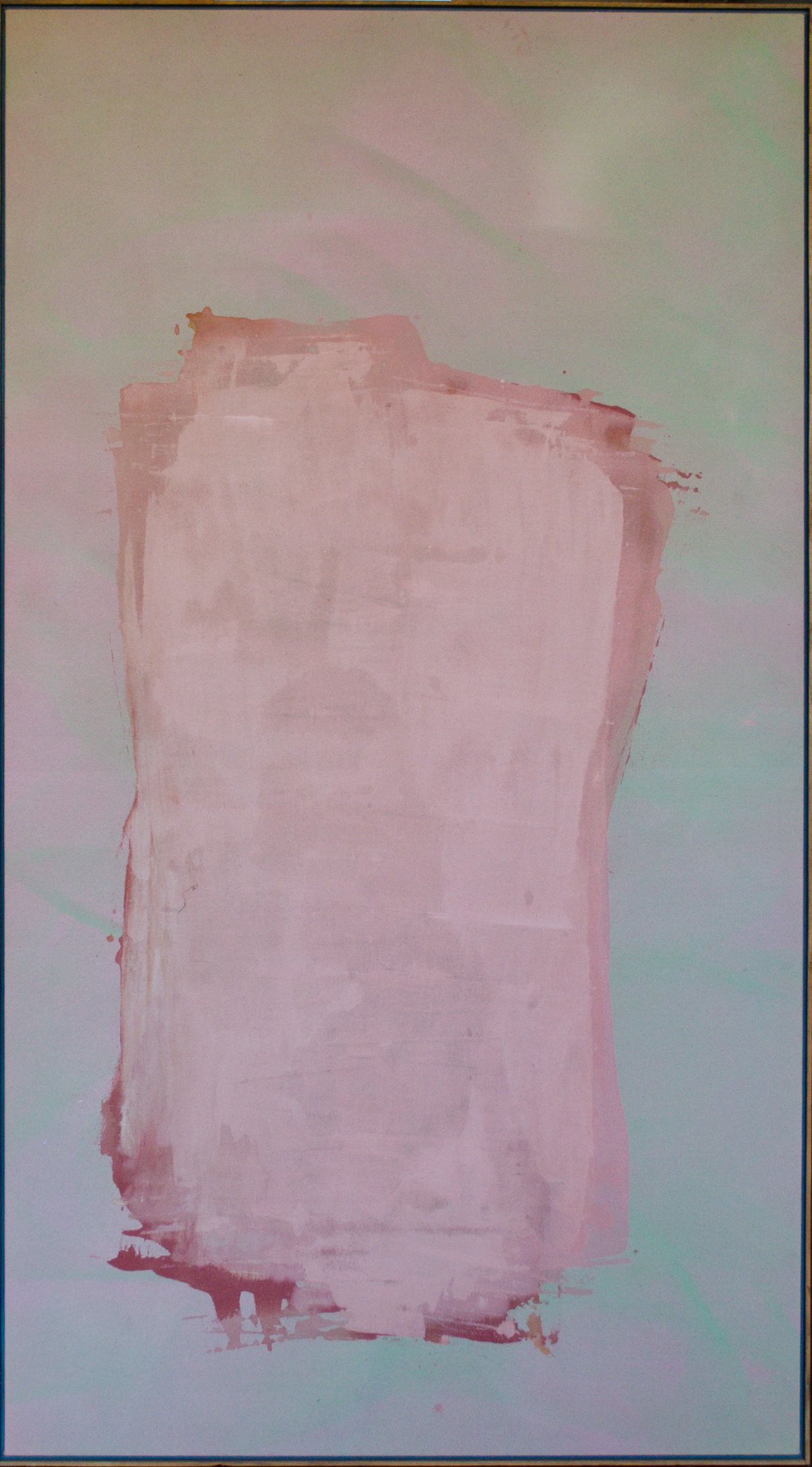 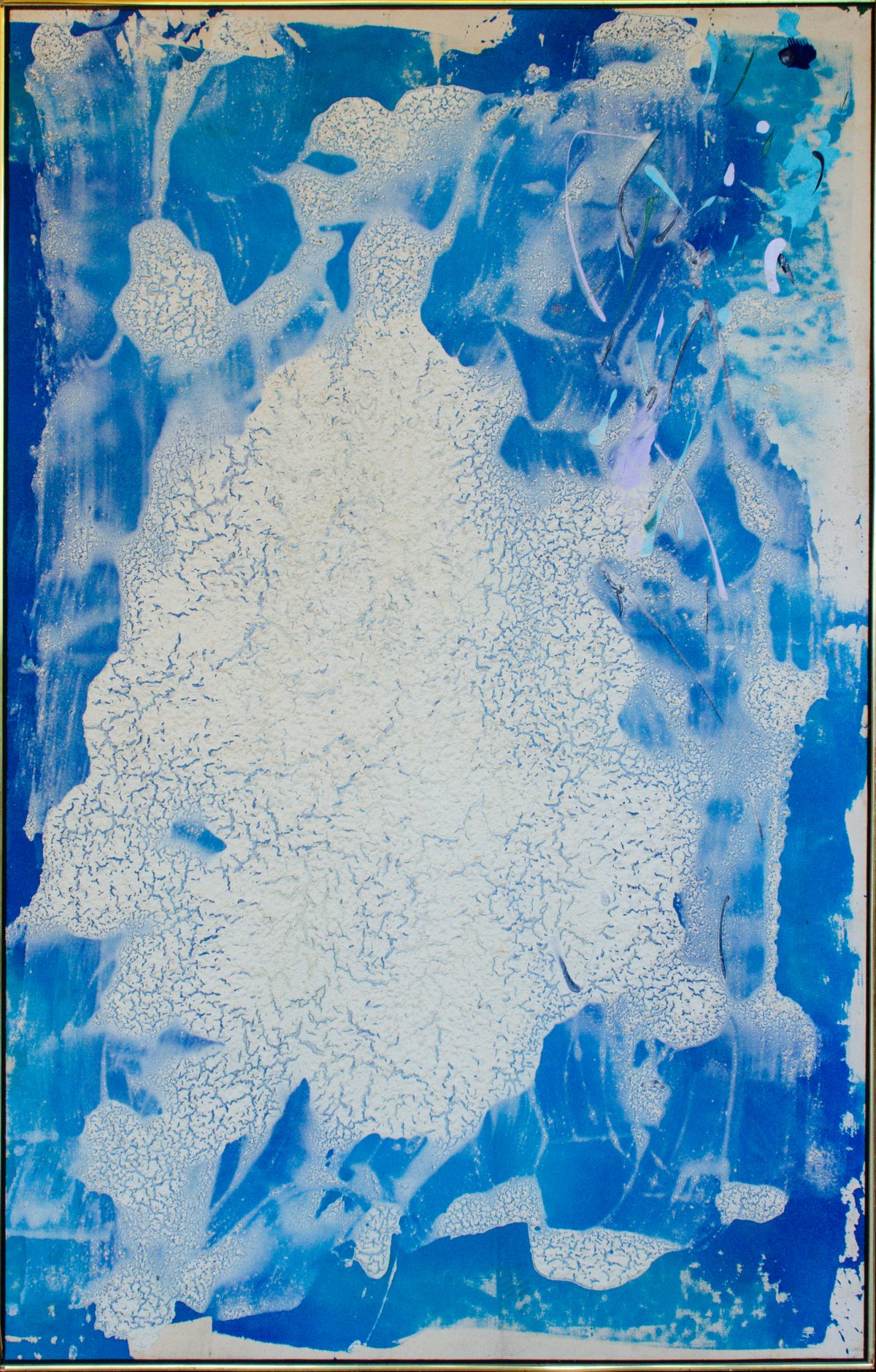 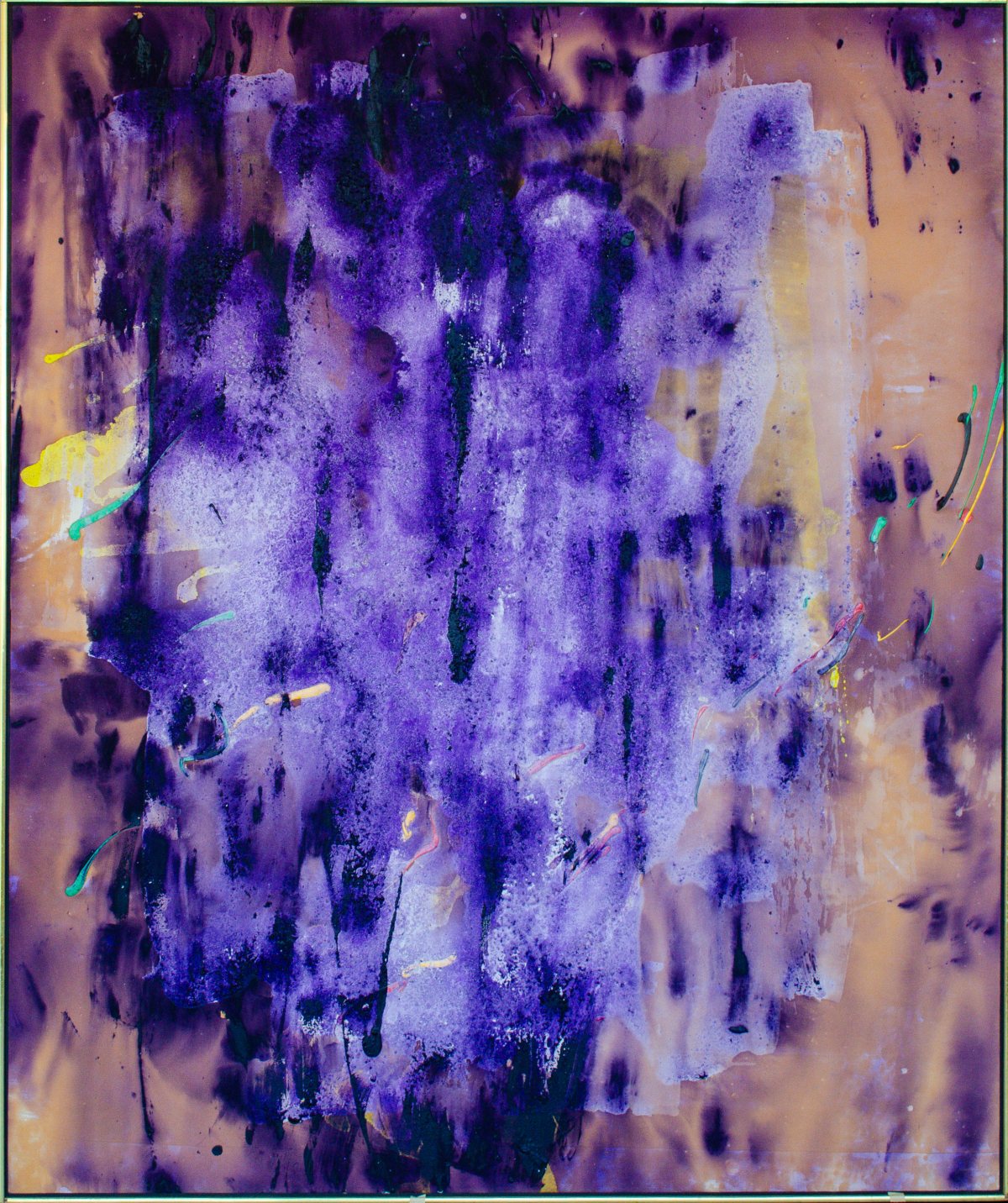 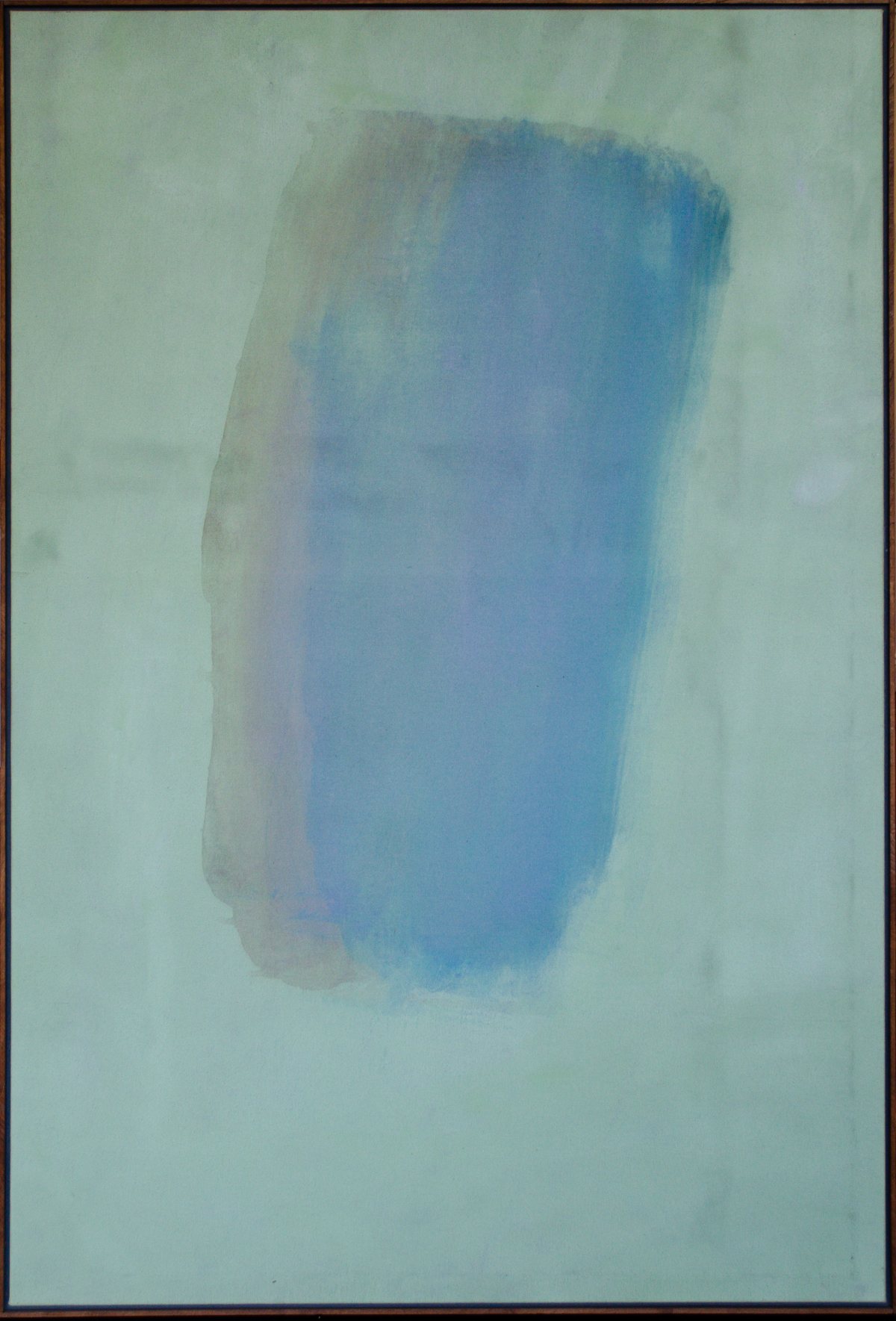 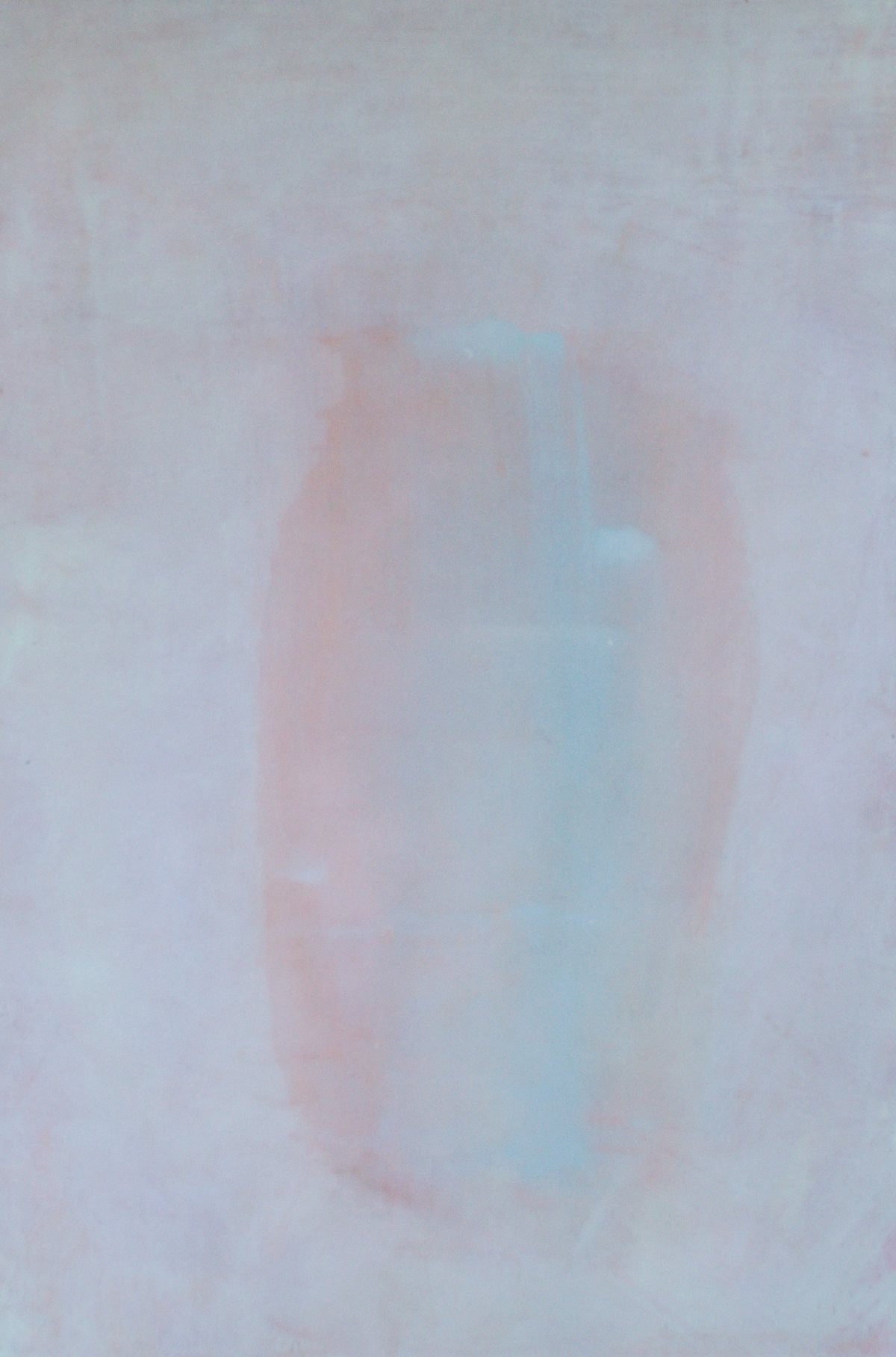 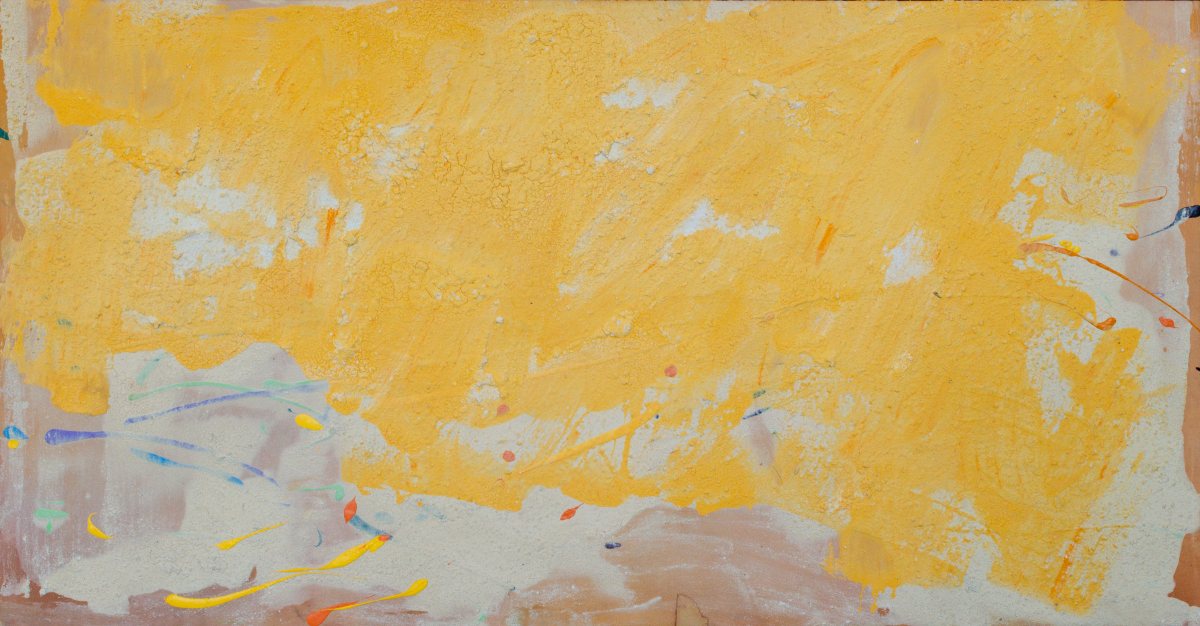 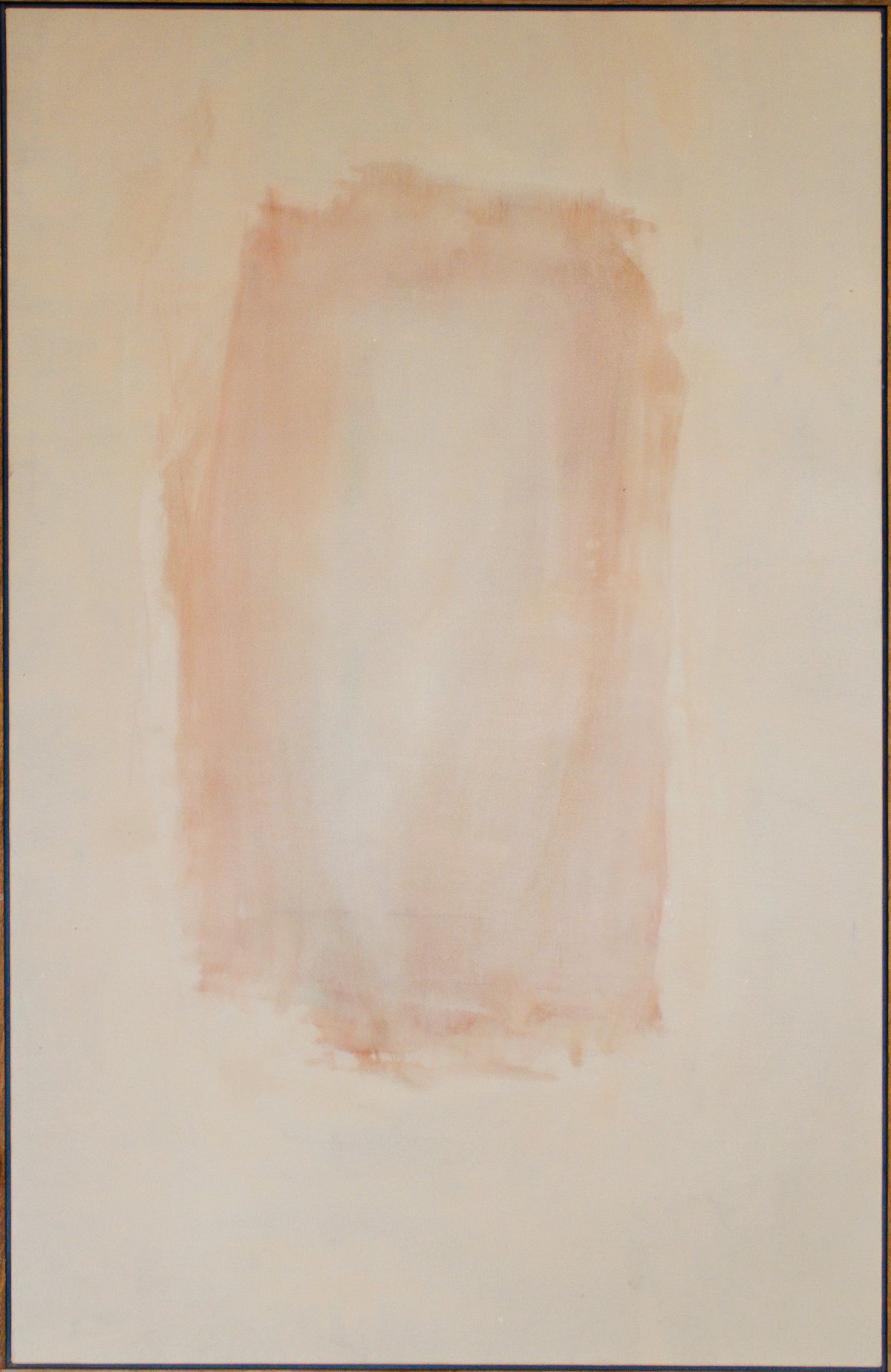 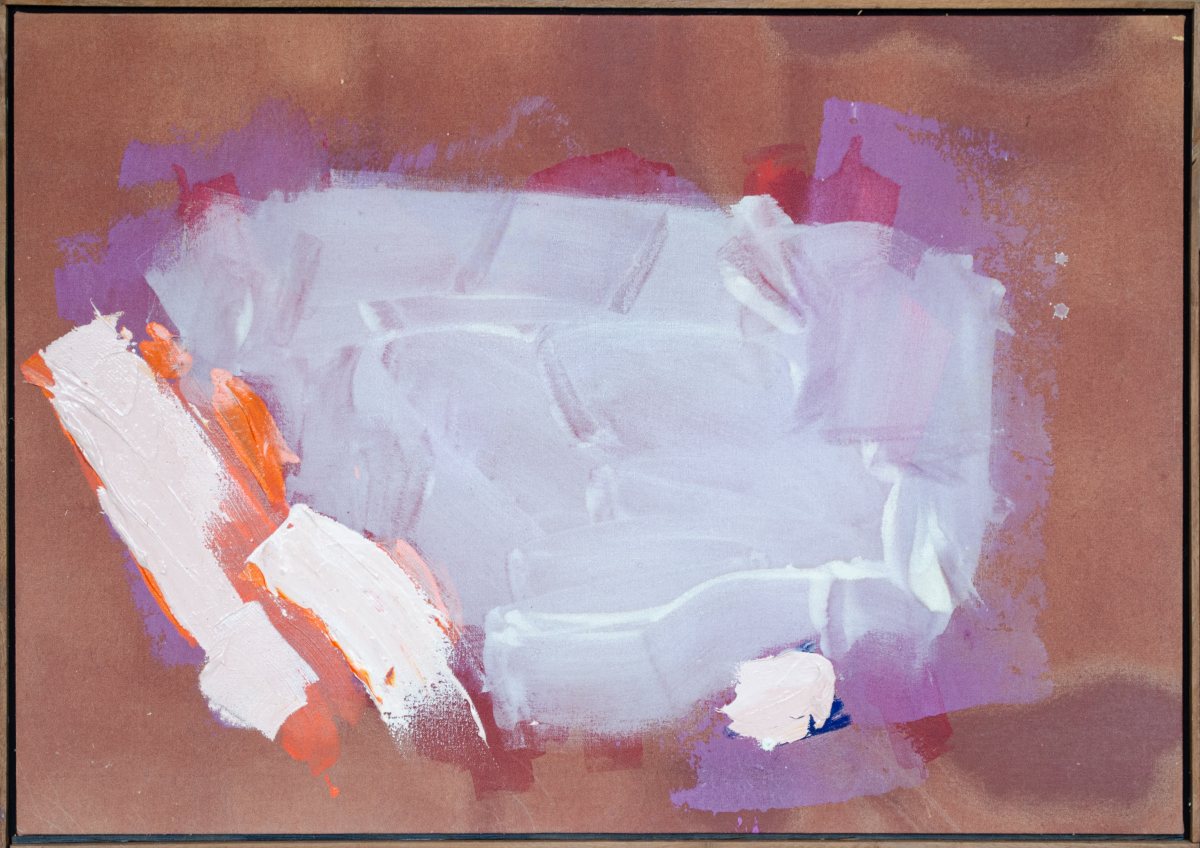 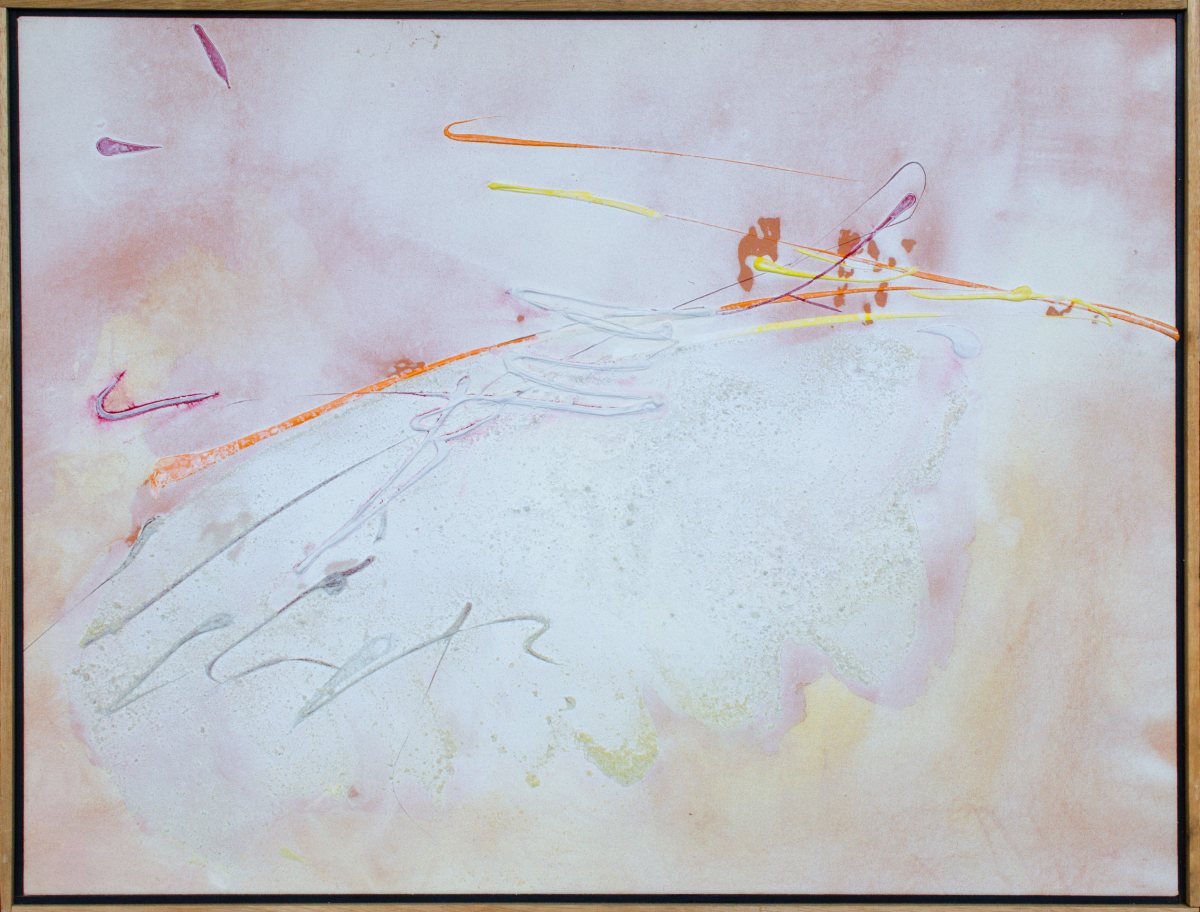 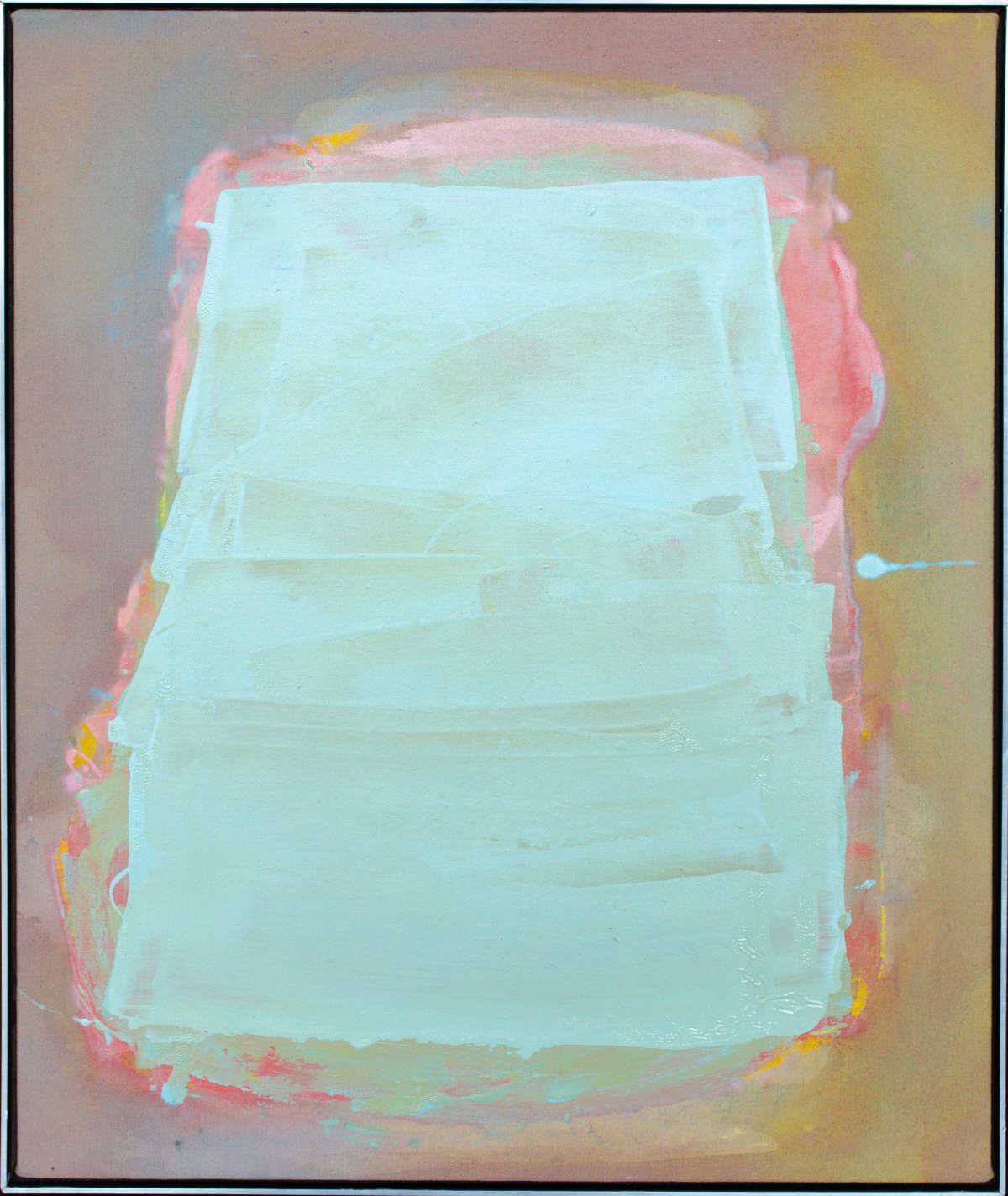 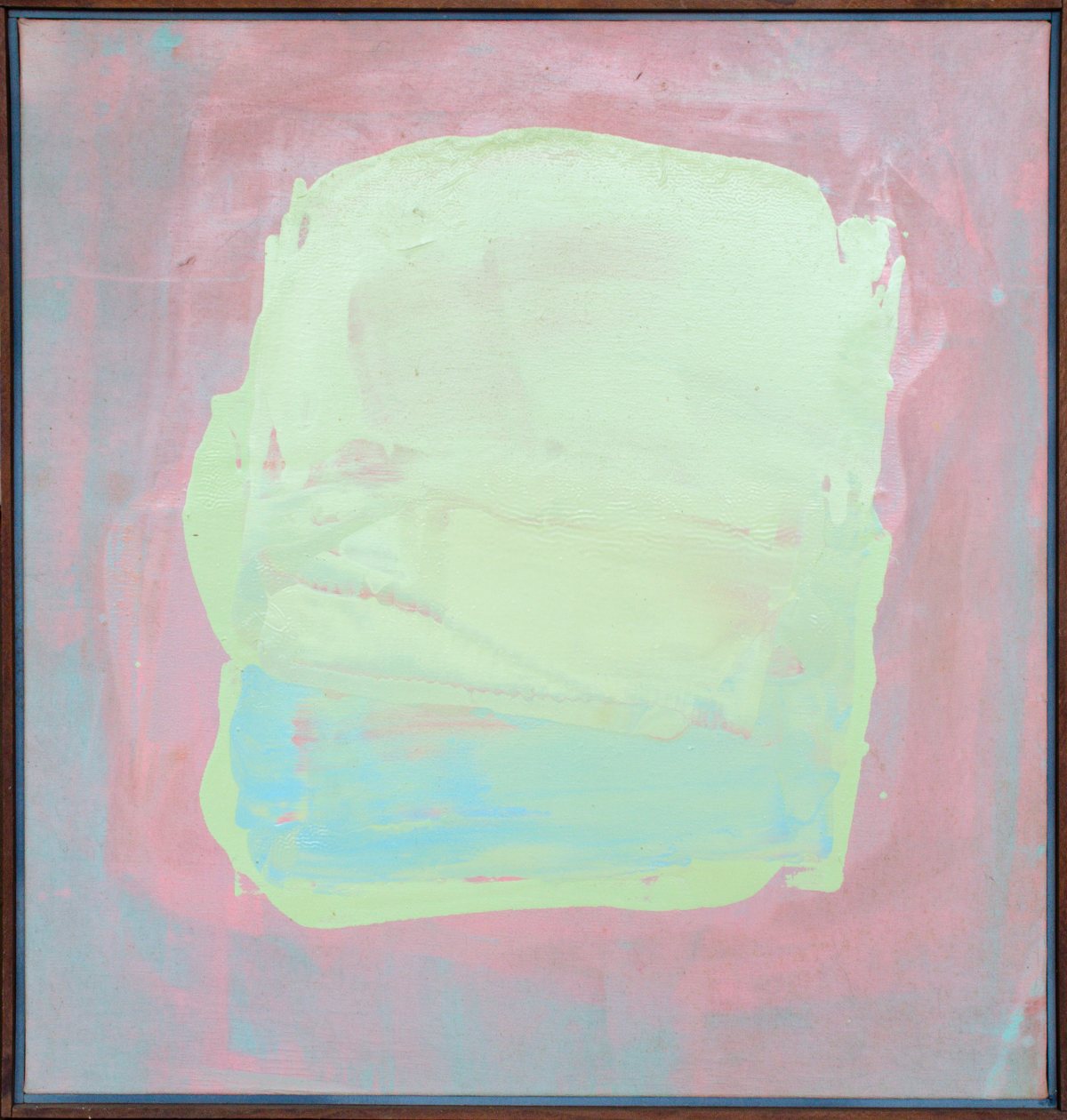 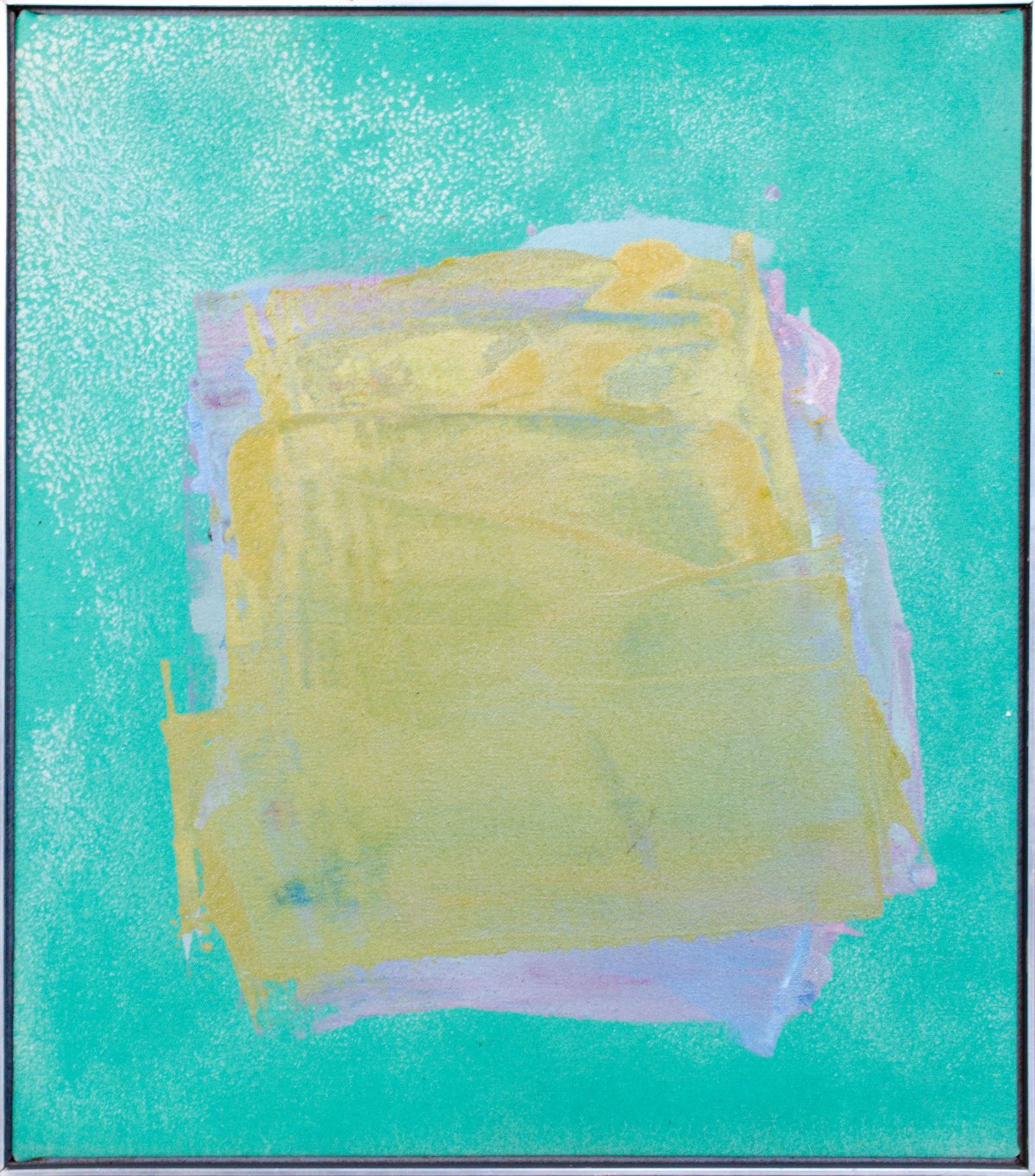 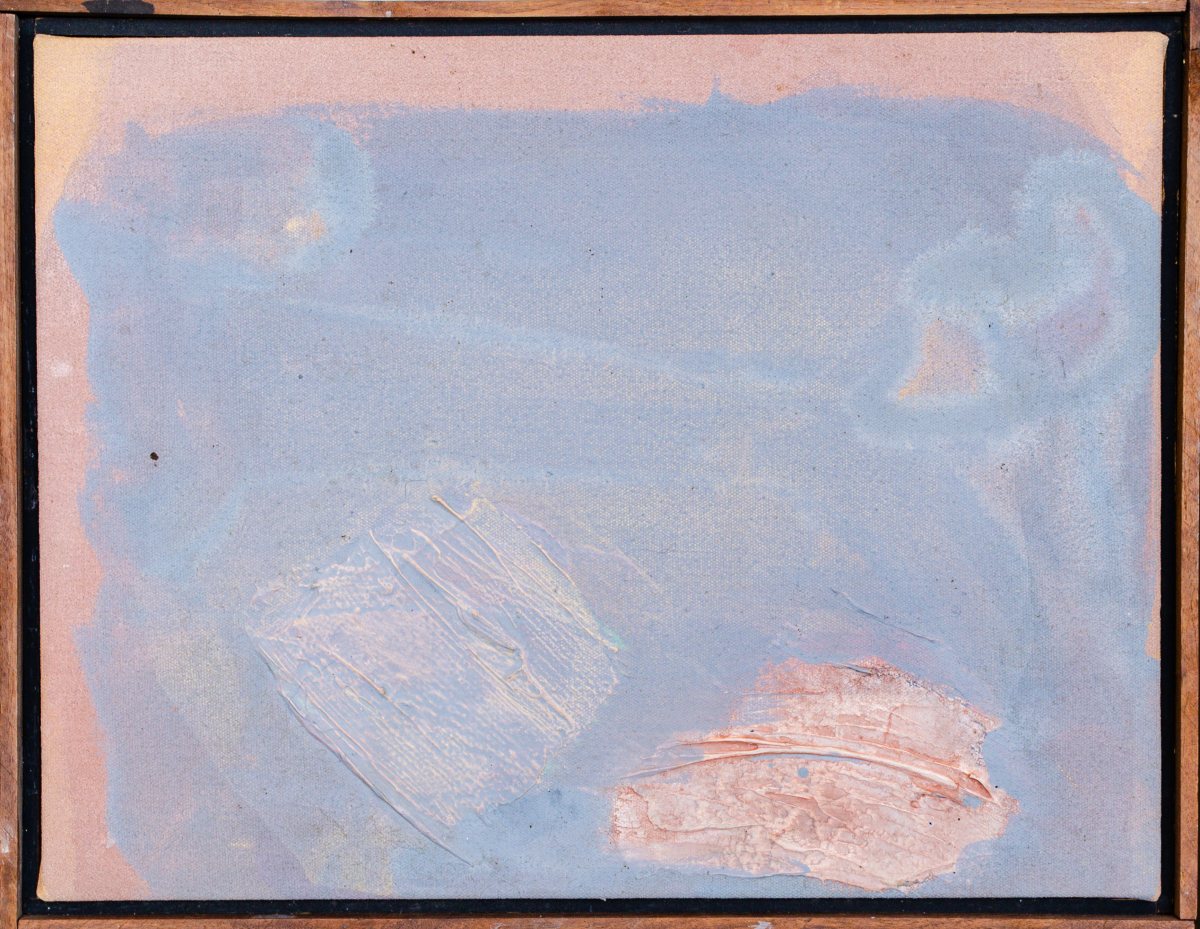 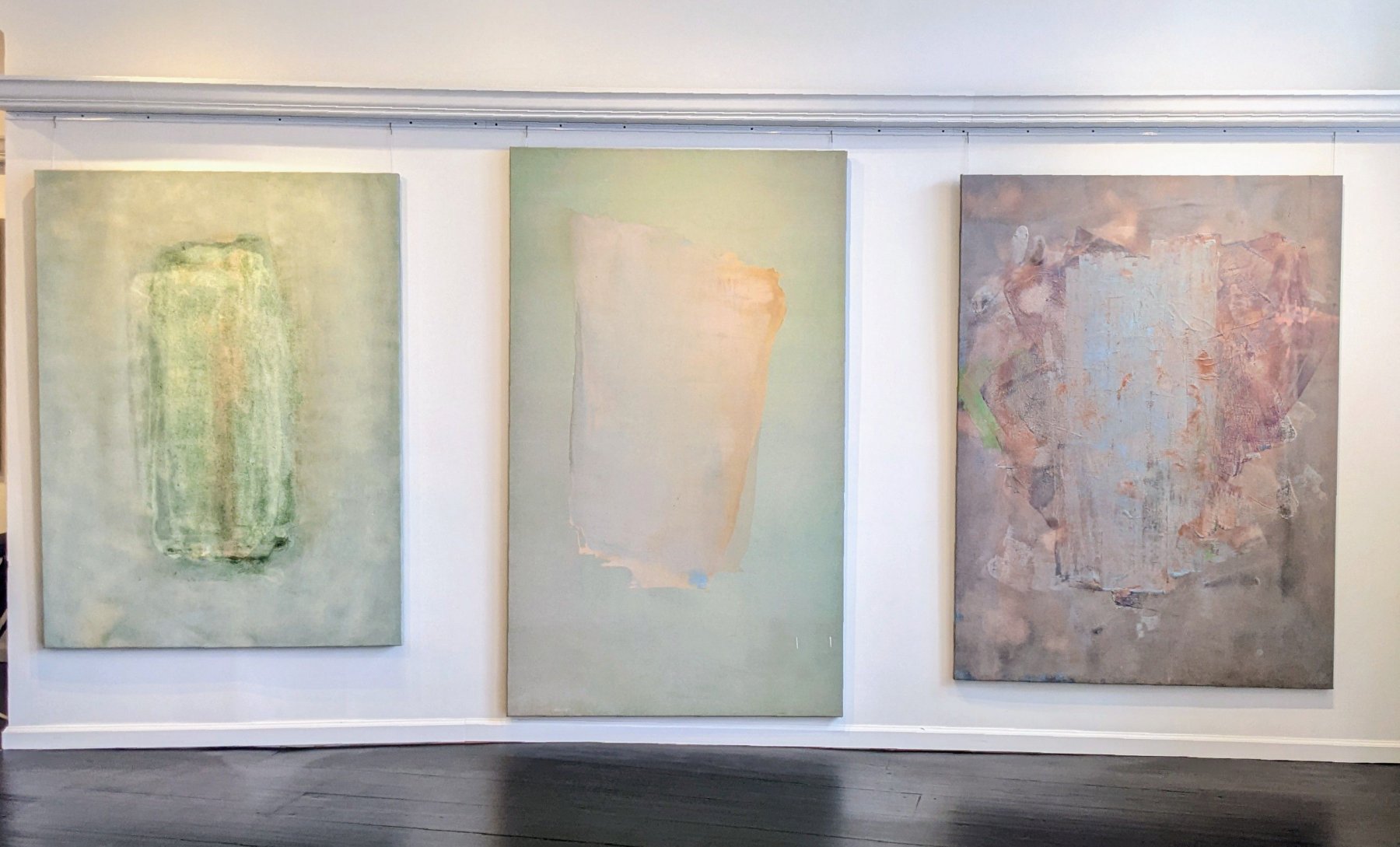 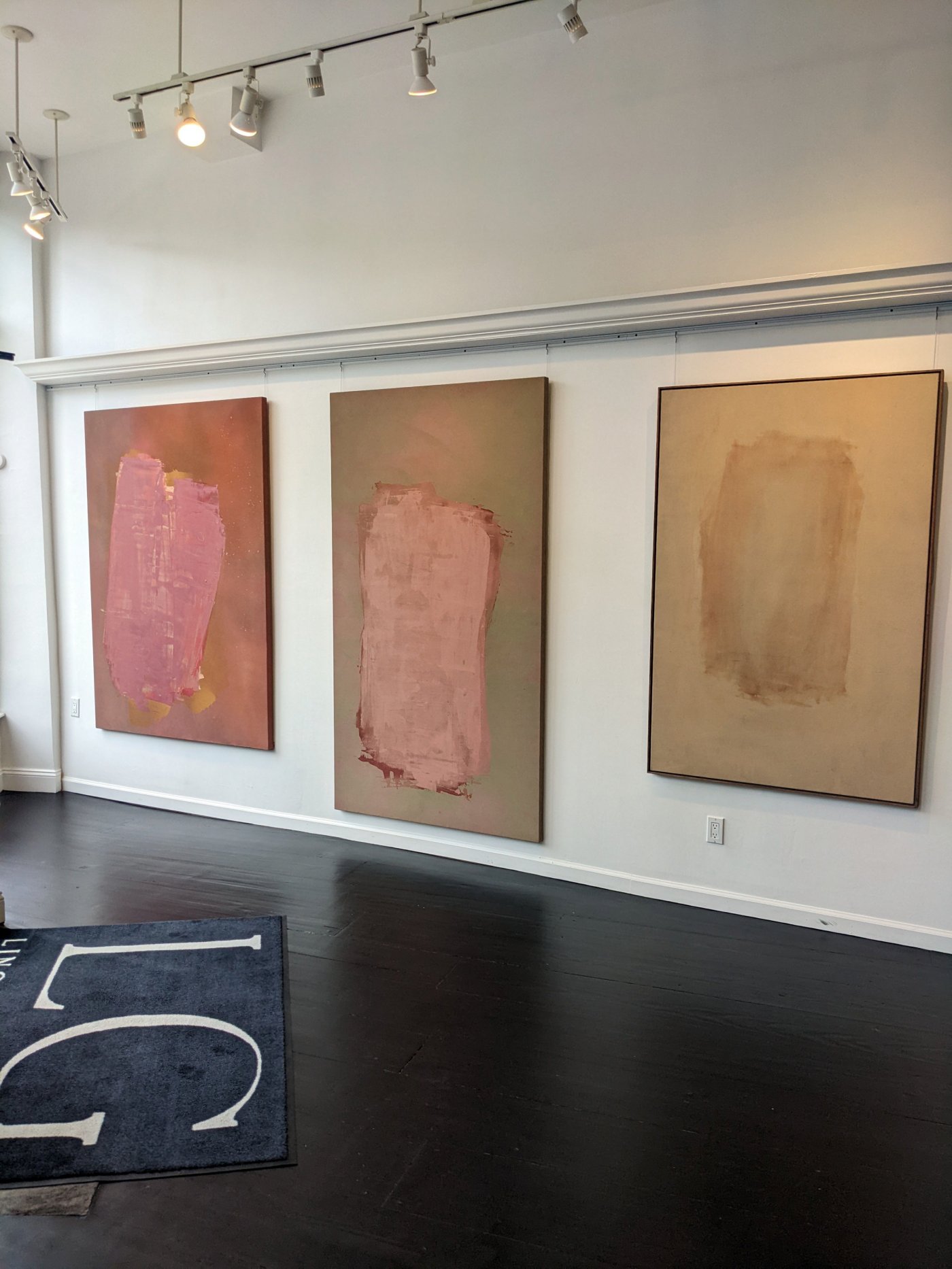 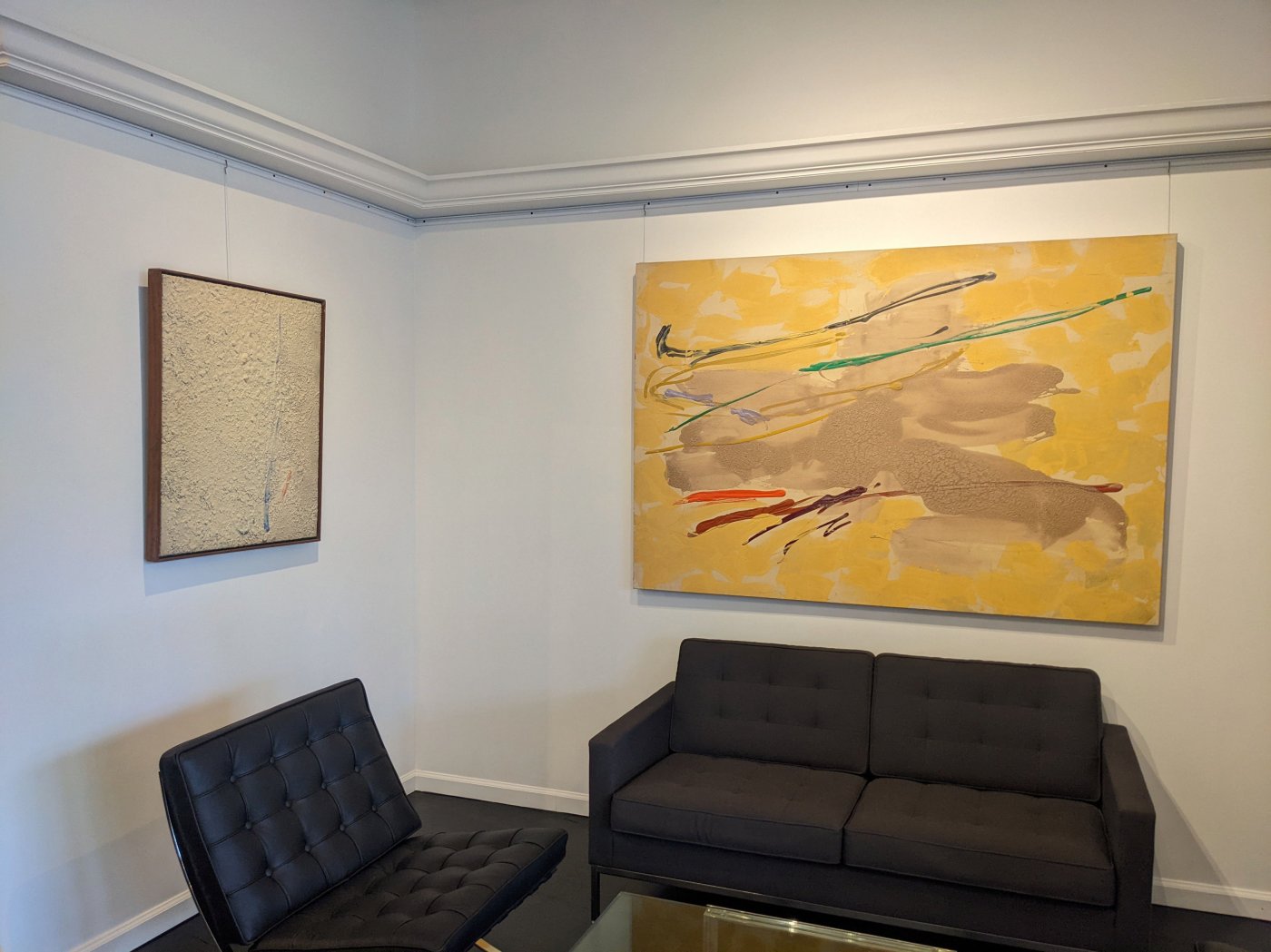 A reappraisal is long overdue for the second-generation abstract expressionists. Artists such as Helen Frankenthaler, Morris Louis, Dan Christensen, and Sam Francis are already well-known names. However, Sherron Francis, a female artist from the Midwestern United States, exhibited alongside many of these stars, yet has not been the recipient of a major exhibition in nearly 40 years.

Francis was born in the Chicago suburb of Downers Grove, Illinois in 1940. She studied fine art at the University of Oklahoma from 1958 to 1960 before transferring to the Kansas City Art Institute for better educational opportunities. At the time, Francis remained loyal to figurative art. Philip Pearlstein, a contemporary artist and visiting professor once remarked at the confidence of Francis’ draftsman abilities.

In the early 1960s, art dealers and gallerists from New York would visit the Institute to recruit artists by offering scholarships, but they only offered these scholarships to men. Francis was forced to plead with deans to allow a scholarship for women so that she could continue her studies. She ultimately graduated from the Kansas City Art Institute in 1963. In Missouri, Francis met Dan Christensen (Class of 1964), an artist friend, who would play a key role in her career throughout the next two decades. Francis then received her MFA from the University of Indiana, where she was housemates with Mernet Larsen, before assuming a teaching position at Eastern Michigan University.

In 1968, with only $300 on hand, Francis moved to 16 Waverly Place in Soho. At the time, the neighborhood boasted some of the biggest names in abstract expressionism. She quickly became friends with Peter Reginato, Walter Darby Bannard, Michael Steiner, Peter Young, Larry Zox, and Larry Poons, who all lived and worked in the neighborhood. In fact, Francis introduced Larry Poons to his now wife, Paula, a friend and student of Sherron’s. Francis helped to found The Bowery Gallery in 1969 and received her first solo exhibition there in 1970 for her figurative works. After this exhibition, Francis decided to switch to abstraction.

By 1971, Christensen, who was exhibiting with Andre Emmerich, introduced Francis to the legendary gallerist. There was no better gallery to be showcasing abstract expressionism and color field painting during this decade for an artist. For example, in 1972, Emmerich held solo exhibitions by art titans, such as Hans Hofmann, Al Held, Esteban Vicente, David Hockney, and Morris Louis. In 1973 alone, Emmerich gave one-person exhibitions to Helen Frankenthaler, Kenneth Noland, Hans Hofmann, Jack Bush and a new discovery: 32-year-old Sherron Francis. The January 27 – February 14 exhibition for Francis was a great success with Peter Schjeldahl commenting in the New York Times:

“Francis has…sidestepped the danger of seeming hopelessly derivative of such artists as Mark Rothko, Morris Louis and Helen Frankenthaler —by, it seems to me, the use of a single canny formal device. All her canvases are tall, vertical rectangles. What this shape achieves is a physical presence that supports the paintings’ fragile play of color and texture. Bearing roughly the proportions of the human body, but bigger in size, her pictures confront the viewer with a satisfying firmness, inviting delectation.”

Francis’s career now took off with the stain paintings. In a 1974 article in Arts Magazine, Whee Kim writes, “She has asserted the credibility of her own answer to the problem of the outer edge of a canvas by limiting her investigations to a singular central image. In her variations on this theme, an intuitive sense of color and touch is given restricted free-play.” Schjeldahl added, “Her paintings, stained and brushed to a suavely grainy texture, each float an area of warm, soft color in a somewhat less‐intensely colored field. The areas are amorphous in shape and closely related, by hue, to the surrounding fields. Her colors run to luxurious brown‐golds, dreamy bluegreens and dusty pinks, though each canvas is alive with a variety of evanescent hues and tints. The goal of her art is to be at once as gorgeous and as delicate as possible: she intends to ravish.” In 1973, Francis exhibited at the Whitney Biennial and then received a second solo exhibition at Emmerich the following year. Corporate collections and private enthusiasts, including Helen Frankenthaler, rushed to purchase her paintings. More than sixty of her paintings sold in one year at Emmerich’s gallery. Throughout the 1970s and early 1980s, Francis exhibited at other leading American galleries, including Janie C. Lee Gallery in Houston, Barbara Kornblatt Gallery in Baltimore, Douglas Drake in Kansas City, Rubiner Gallery in Detroit, and Tibor de Nagy Gallery in New York.

Francis always marched to the beat to her own drum. Although she admired the works of Jules Olitski, Jack Bush, and Kenneth Noland, Francis never felt that her work and lifestyle were influenced by others. When her friends summered in the Hamptons, Francis opted instead to spend time in the North Fork, then a relatively undeveloped area. She liked it because she did not want to recreate her New York neighborhood on Long Island “Out East”. In Aquebogue, she even worked as a commercial fisherwoman on her own boat named Bay Queen, and enjoyed setting her own hours.

In the late 1970s, Francis became more interested in utilizing new acrylic and gel mediums that were becoming available. She moved away from her floating rectangular compositions and became freer in her brushstrokes adding thick layers of acrylic impasto. In the 1978 traveling group show “Recent Works by New York Artists,” her work is described in the Roanoke (Virginia) Times as “clean, smooth curves of pure color against a densely mottled, deeply stained background texture.” By 1980, she was also creating clay works and exhibiting them alongside Kikuo Saito and Betty Woodman. In 1983, art historian Jack Flam selected one of Francis’s paintings in his 16 work “Artists Choose Artists II” exhibition, which consisted of works by Carl Andre, Jim Dine, Brice Marden, Richard Serra, and Frank Stella.

Francis taught at several institutions including the Ridgewood School of Art and Design from 1972 to 1985 and Cooper Union from 1978 to 1985. Paul Genader, a student of Francis’s, remarked, “I was exploring widely with no clear sense of direction, only an instinct nudging me forward up several different paths simultaneously. Sherron provided me with a fingerpost pointing a route at a critical juncture so I could recognize a turn which was necessary. And that made all the difference.”

The landscape in downtown New York began to shift in the mid-1980s. Greater gentrification, increasing rents and changing landlords forced many of the artists out of the downtown New York neighborhoods. When her landlord sold the building on Waverly Place, Sherron moved to the North Fork permanently. Her move effectively severed ties with not just New York City, but also the art world. Francis gradually lost interest in painting and her reputation went into eclipse. This sets the stage for rediscovery in 2022.