Sheila Hicks: Music to My Eyes

Sheila Hicks: Music to My Eyes

‘Hicks sees fibre in its multiple forms as an integral part of life in every corner of the world.’ Caroline Roux, ‘Narrative Thread’, Financial Times, 2021

Alison Jacques presents ‘Music to My Eyes’, an exhibition of new work by Sheila Hicks and the artist’s third solo show at the gallery. The exhibition anticipates a major solo show at The Hepworth Wakefield (April 2022), curated by Andrew Bonacina, the artist’s first survey in a UK museum. 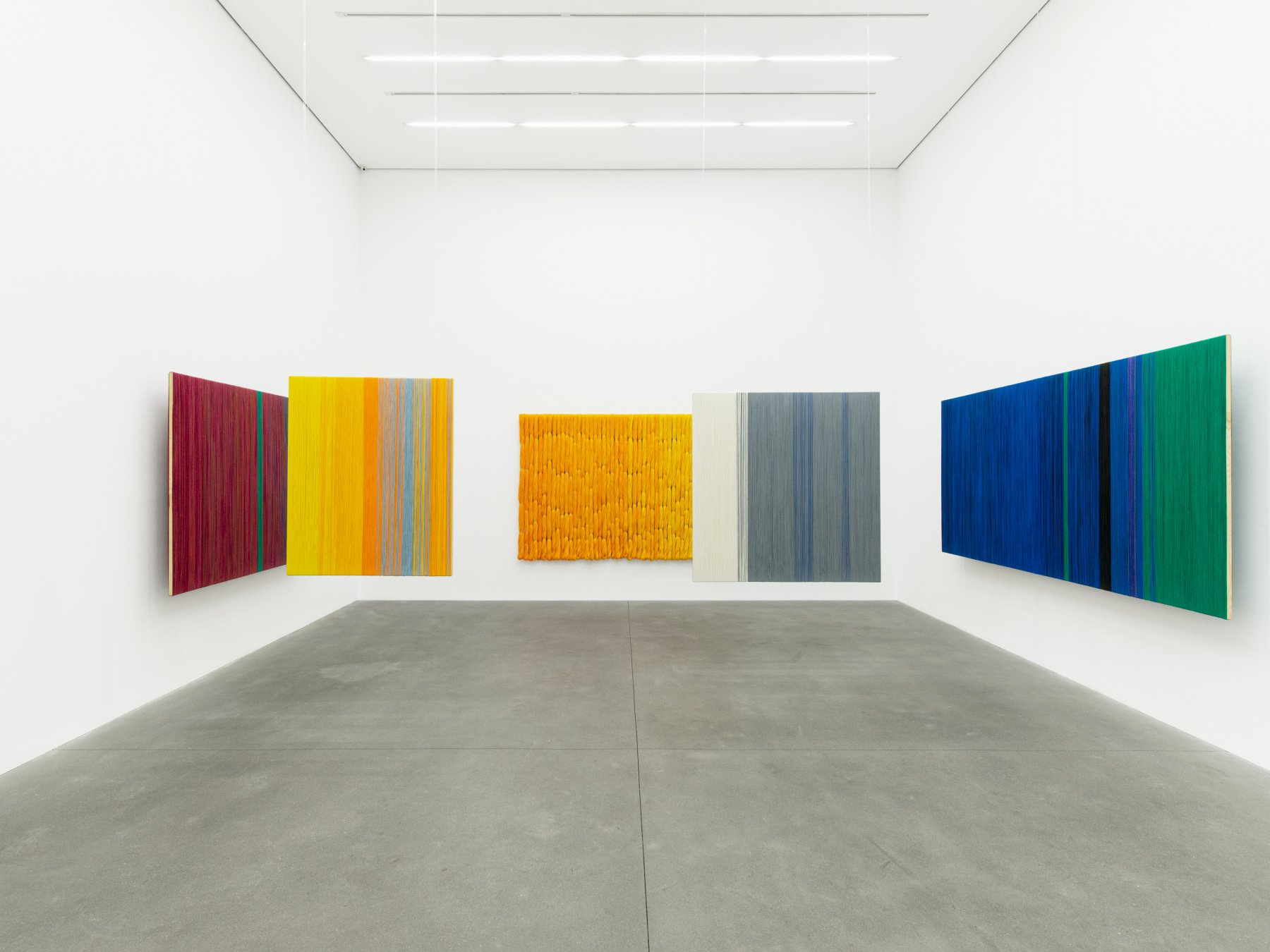 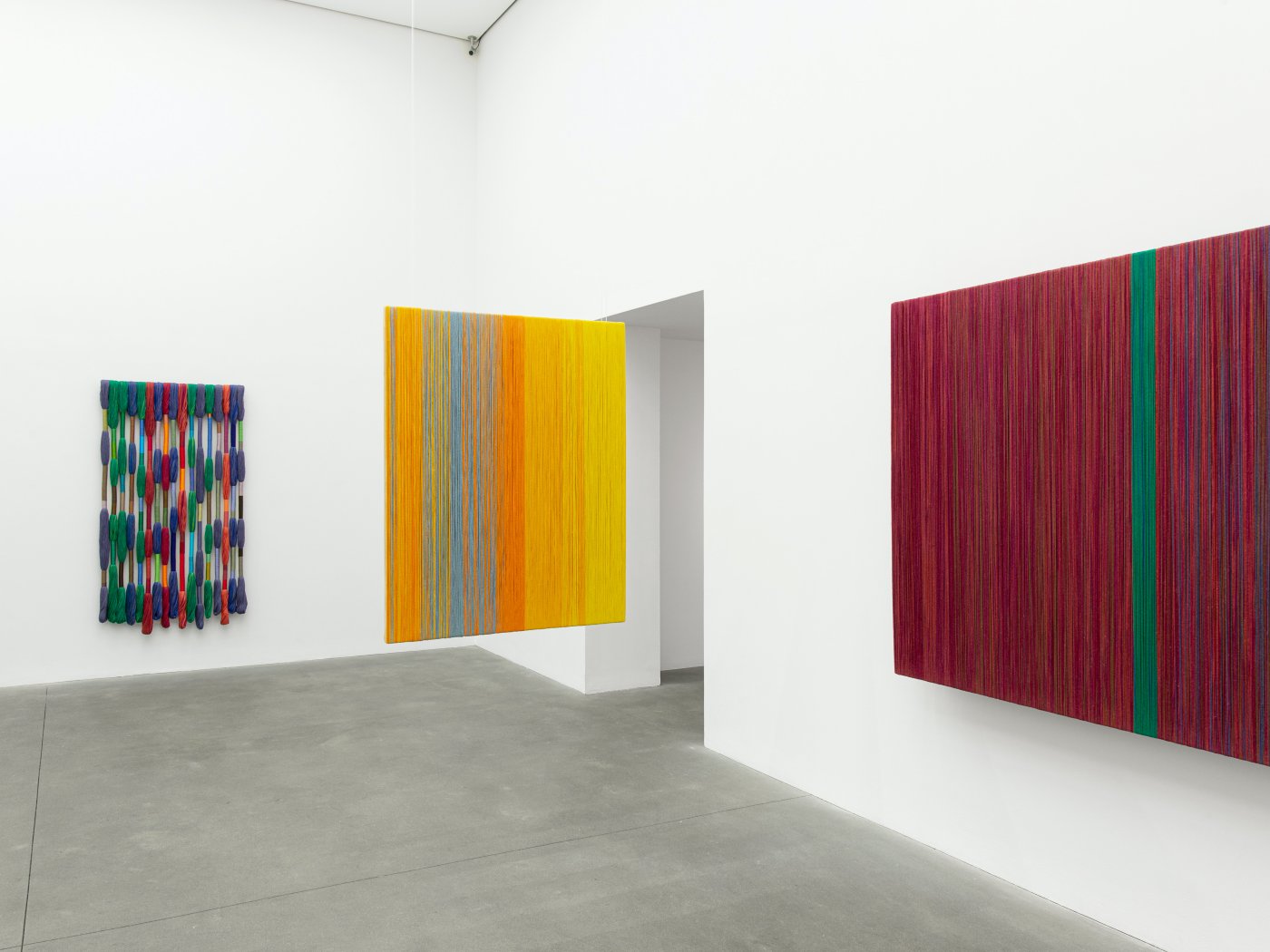 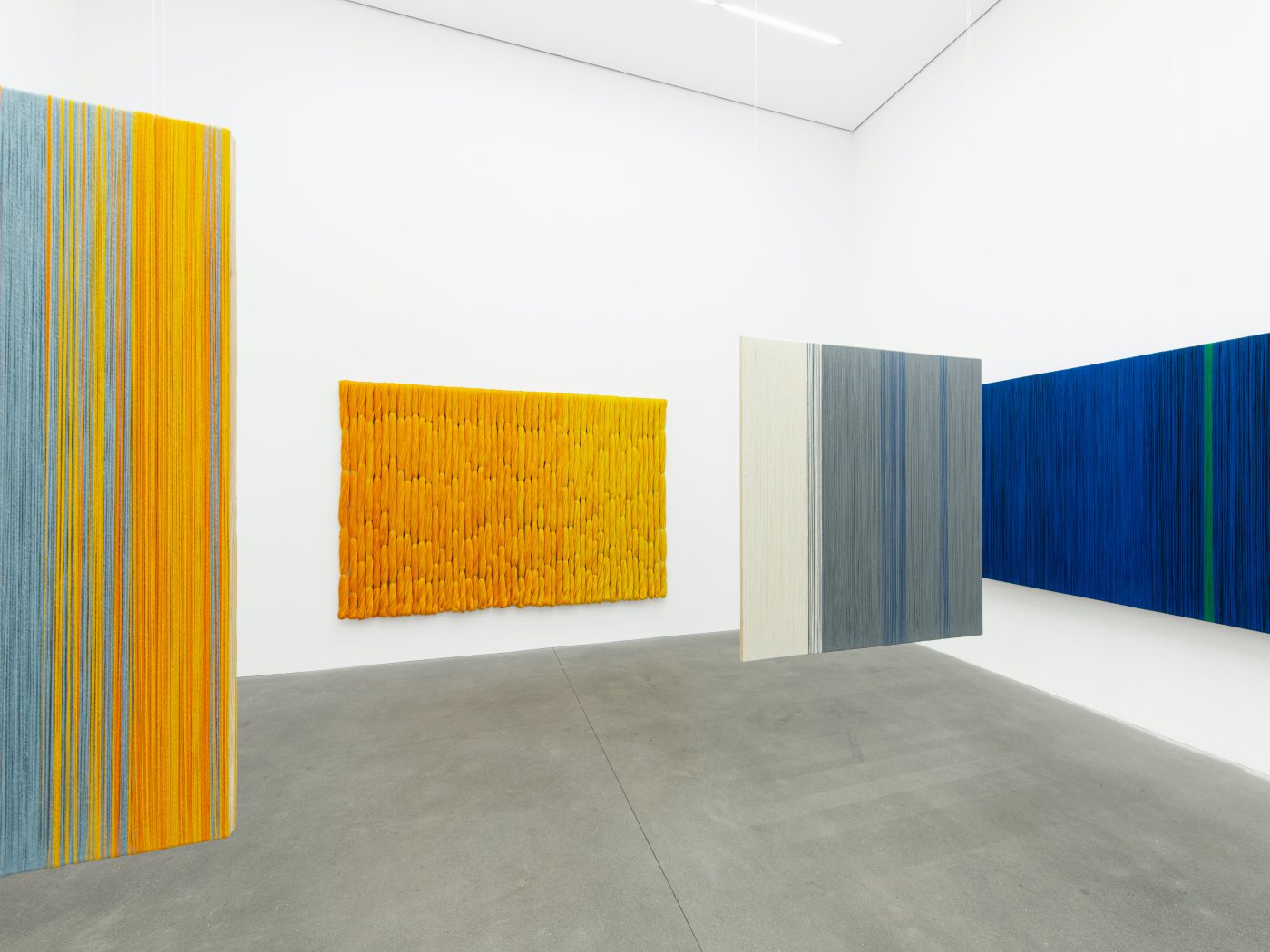 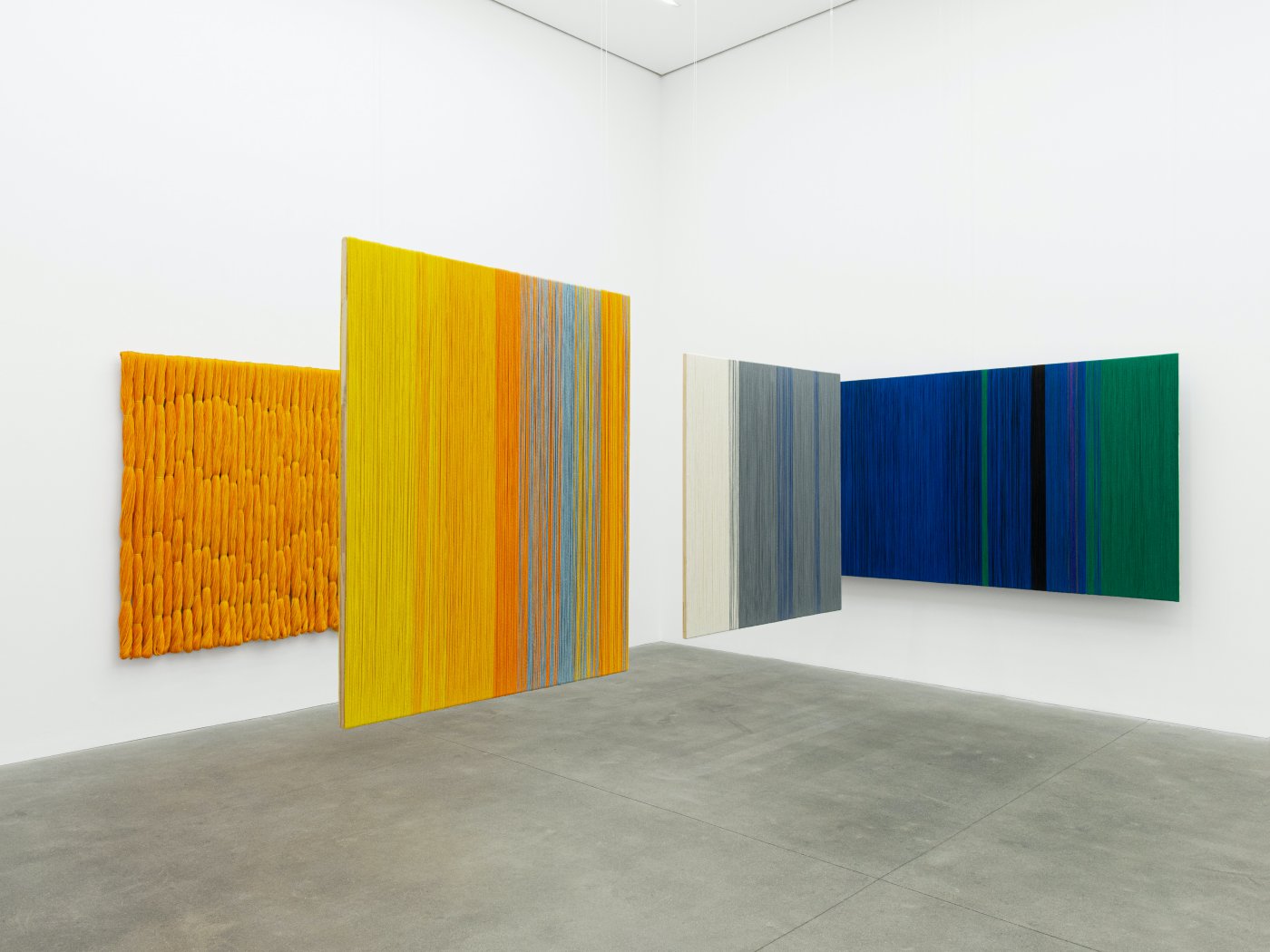 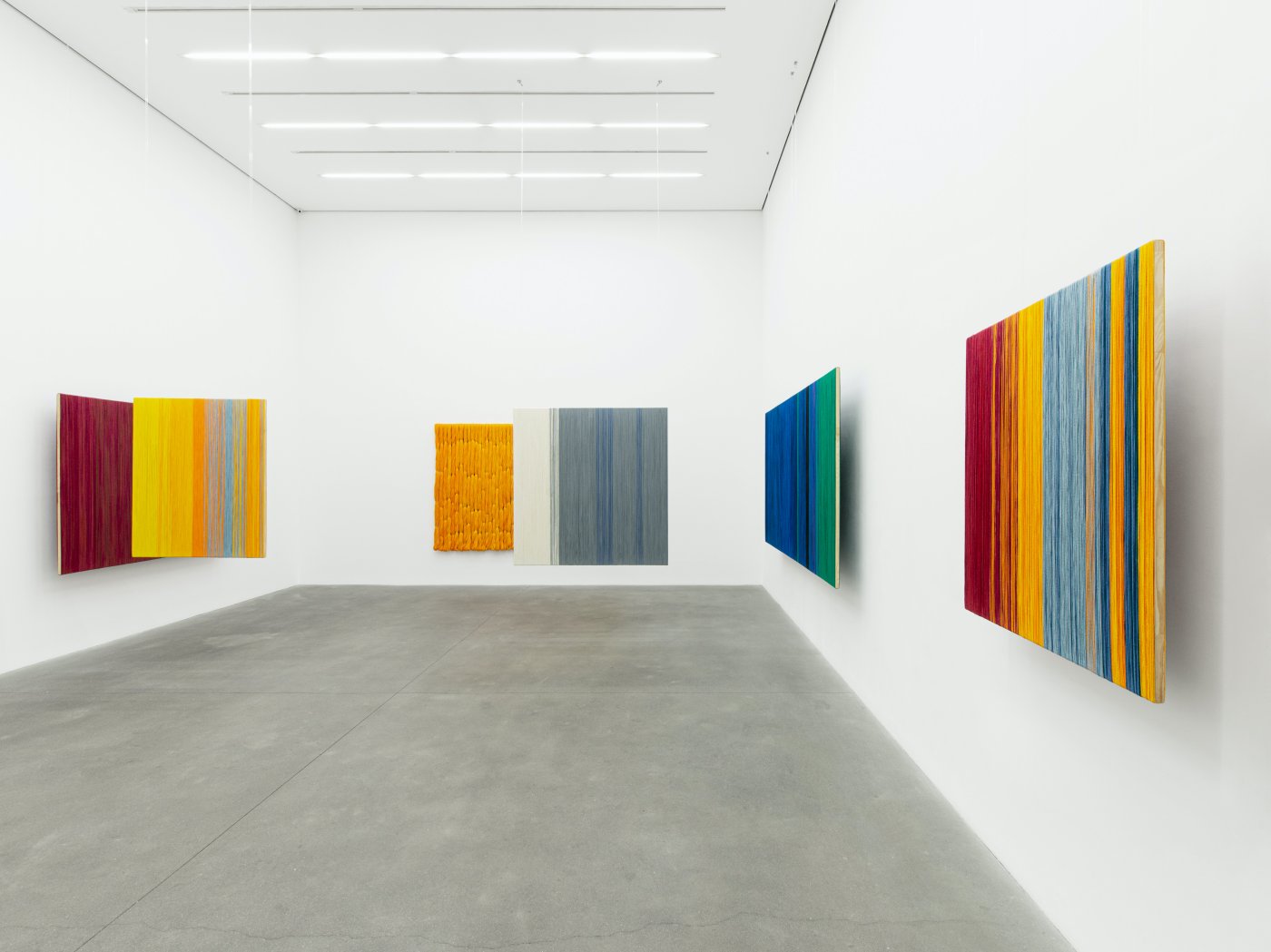 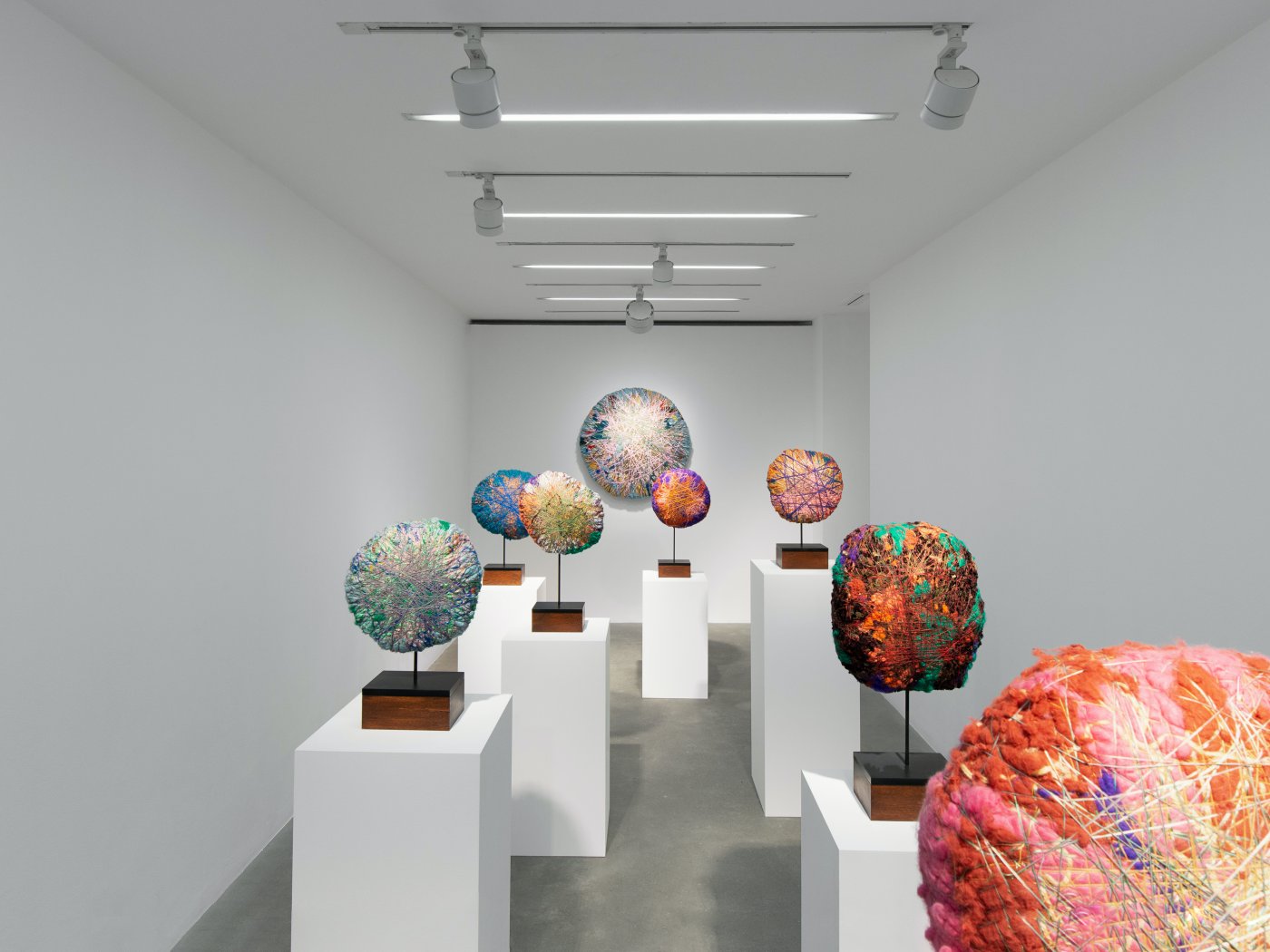 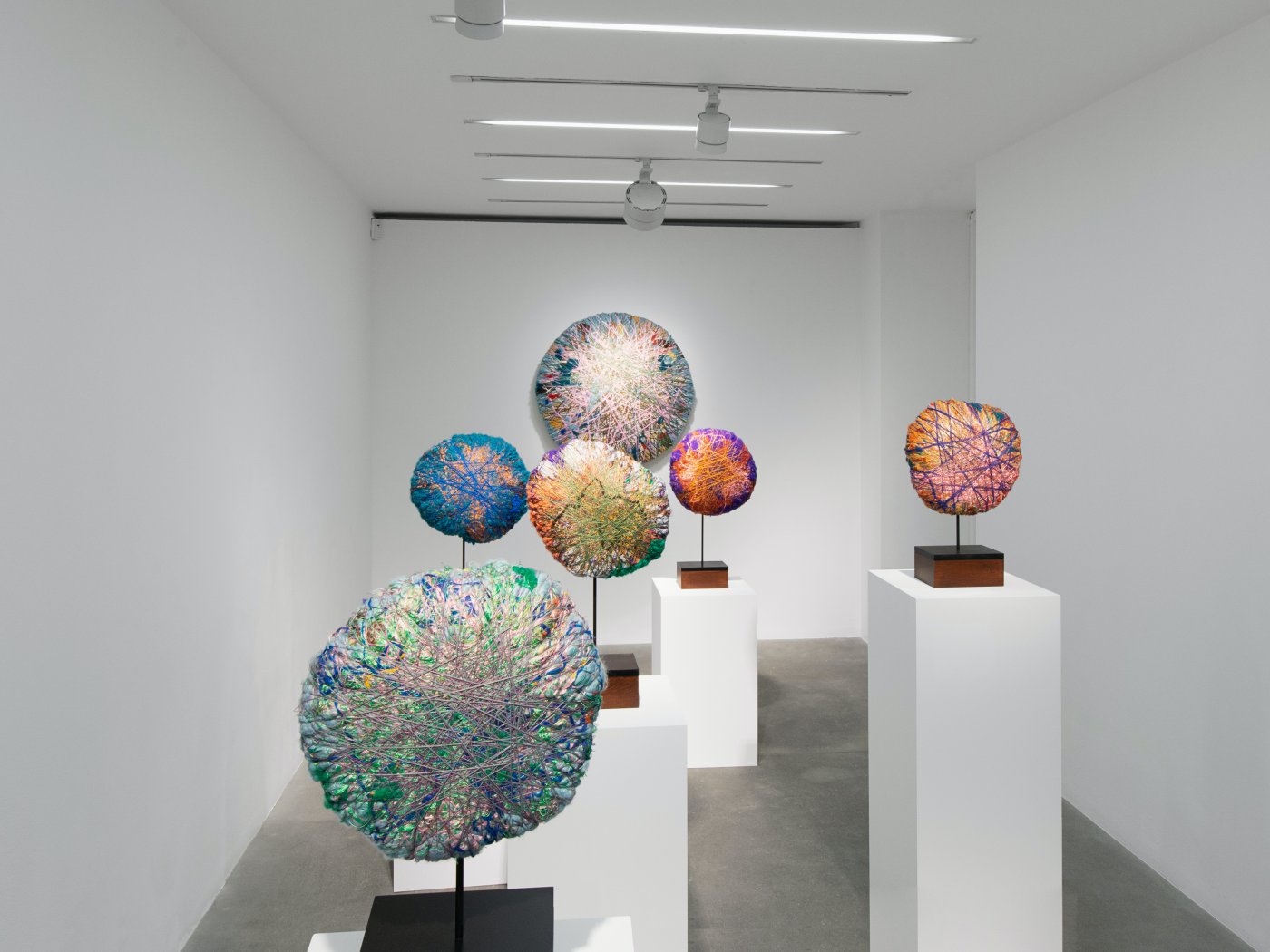 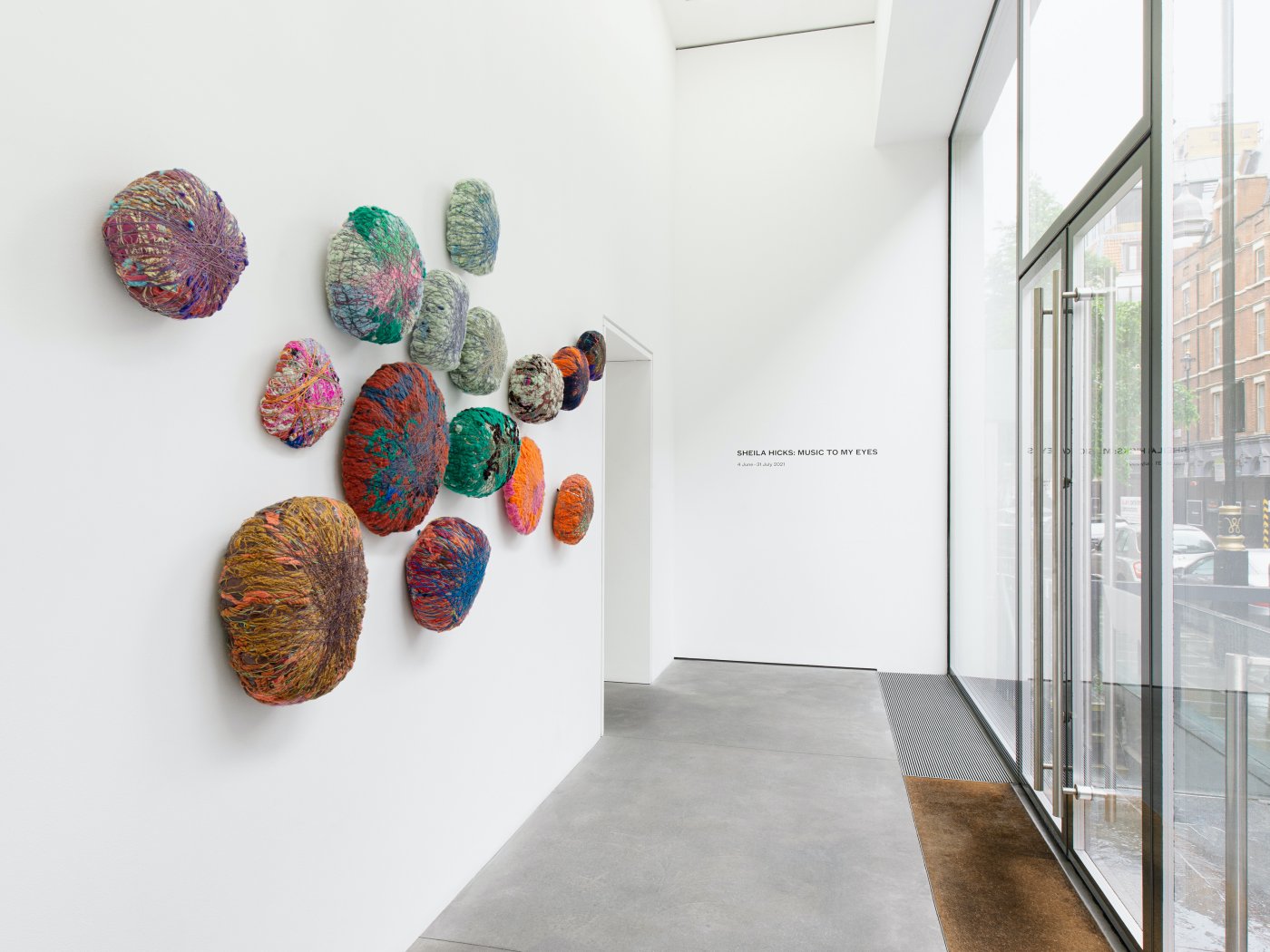 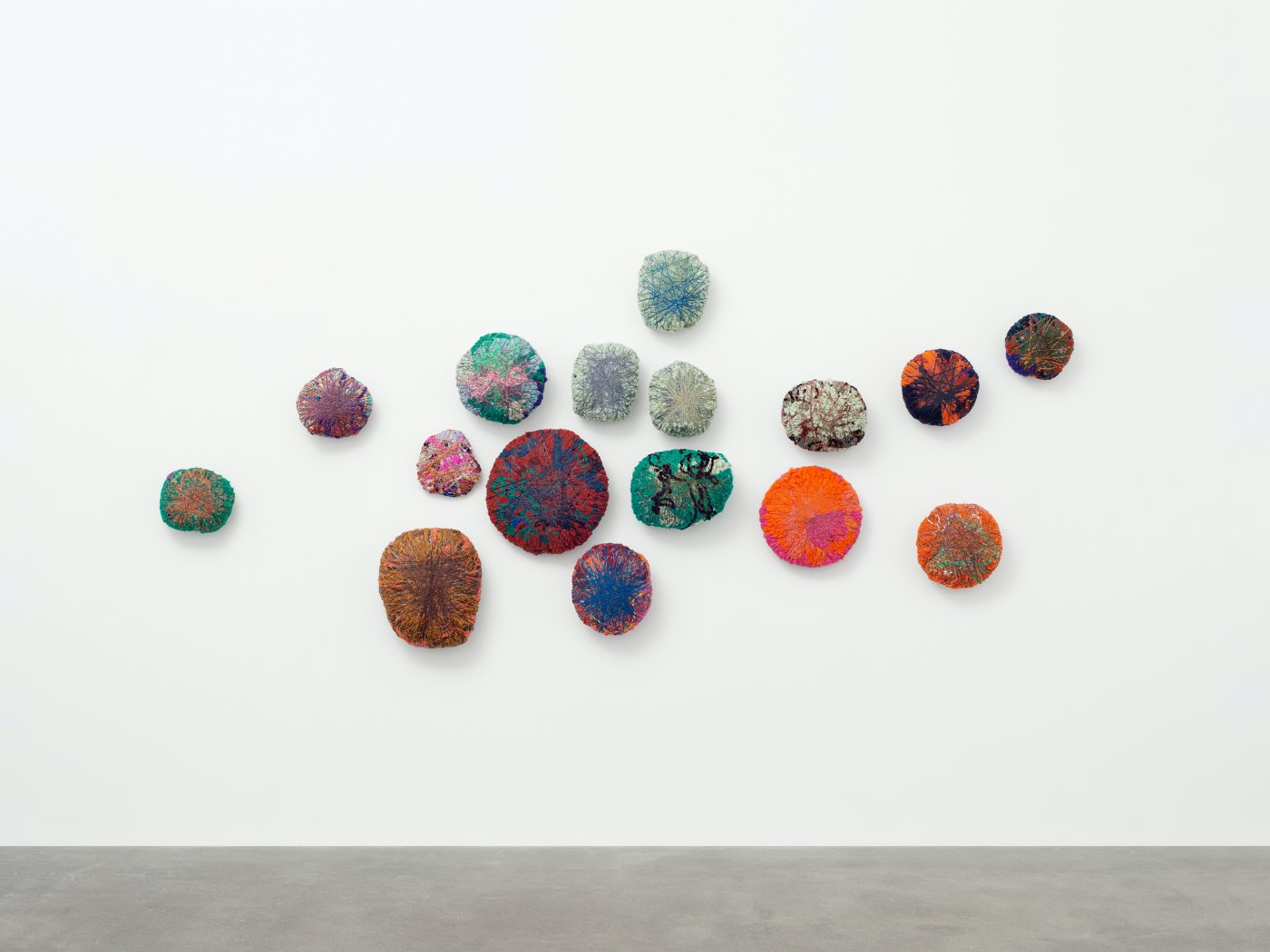 ‘Music to My Eyes’ responds to Hicks’s lifelong relationship with colour and thread. Throughout her 70-year career, which continues to flourish, the Nebraska-born, Paris-based artist has endeavoured to bestow upon fibre an independent voice, allowing form, colour and texture to dictate its own progression through space. As Hicks notes: ‘Thread is the universal language. It could become a hammock, or a fishing net, or a hat, or a home… It’s the first thing you feel in the morning when you wake up in your bed sheets, then you step on a rug, you pick up a towel…’

Hicks’s third solo exhibition at Alison Jacques centres around bas-relief sculptures in various natural fibres – linen, cotton, silk – that encourage a certain manner of visual listening. ‘Usually, sound enters through your ears,’ Hicks says of these newly produced works, ‘but I invite participation and perception through your eyes. One can detect subtle harmonies, discover intricate structures, complex sequences, and enjoy an infinite range of colours, as when you listen to music.’

Upon entering the gallery, a constellation of round, wall-based sculptural ‘Comets’ will be illuminated, day and night, for the duration of the exhibition. A chorus of works from Hicks’s ‘Boules’ series, created in the artist’s Paris atelier under the conditions of captivité that defined much of the past year, will be arranged in the side gallery, while new versions of the iconic ‘Lianes’ works and a series of double-sided bas-reliefs will complete the ensemble.

‘Music to My Eyes’ amounts to a visual concert. Just as instruments are arranged in order to heighten their collective impact, so too have these sculptural objects and reliefs been orchestrated to elicit an instant sensory and emotional response. ‘To be here and now, seeking harmony’, Hicks says of her intentions with the exhibition. ‘To make immediate impact and, hopefully, leave lasting impressions.’

Hicks has been the subject of many major solo museum exhibitions worldwide, most recently: MAK, Vienna (2020); The Bass Museum of Art, Miami (2019); Nasher Sculpture Center, Dallas (2019); Museo Chileno de arte Precolombino, Santiago (2019); Centre Pompidou, Paris (2018), and Amparo Museum, Puebla (2018). In 2017, Hicks presented a new commission in the garden of the Palace of Versailles, Paris; and in 2016 she became the first artist to create a site- specific installation for Dan Graham’s pavilion at the Hayward Gallery, London.