Sheila Hicks: With Grace, No Gridlock

Sheila Hicks: With Grace, No Gridlock

with the collaboration of Paolo Roversi

galerie frank elbaz presents With Grace, No Gridlock, its third solo exhibition with Sheila Hicks. In response to the gallery architecture, the artist presents a body of historical and more recent works, as well as a large, site-specific installation. For almost two years of pandemic-induced lockdown, Hicks has worked remotely. This show marks the artist’s return to the exhibition space. 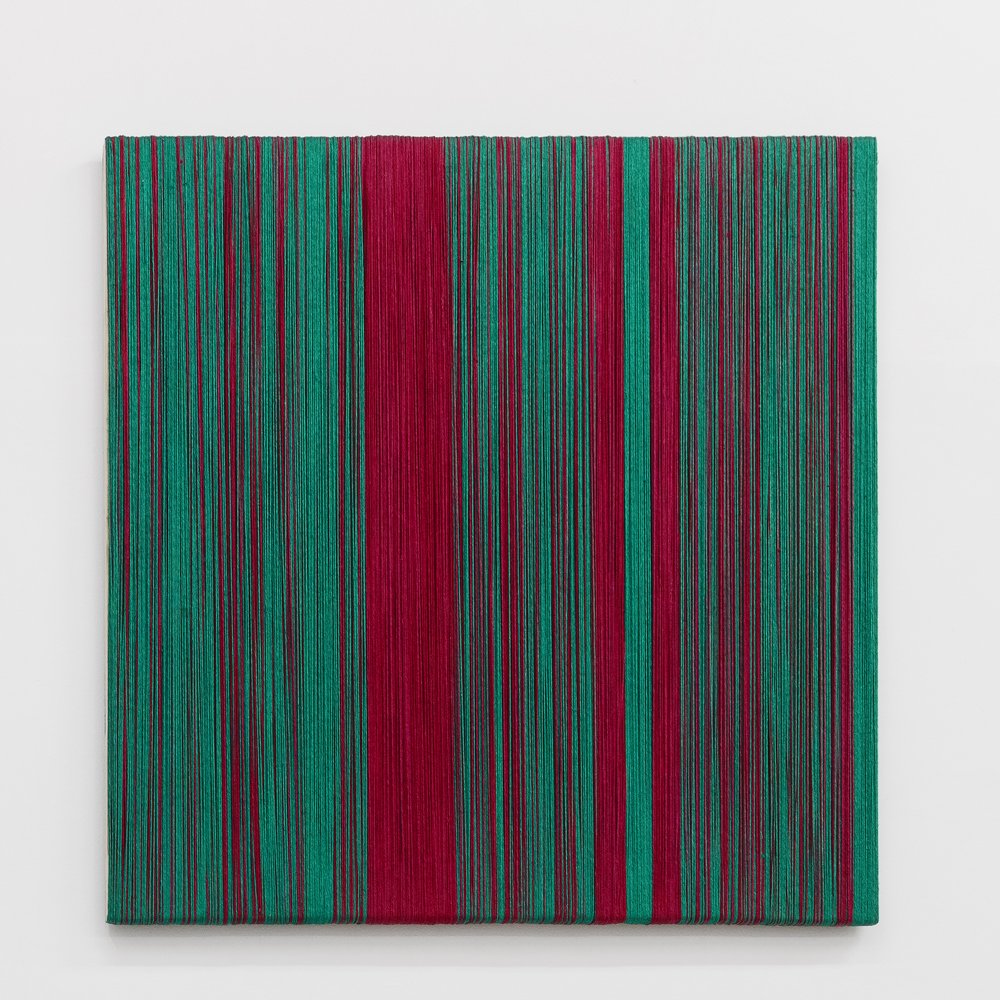 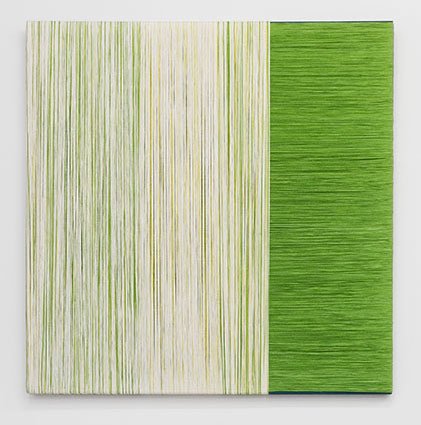 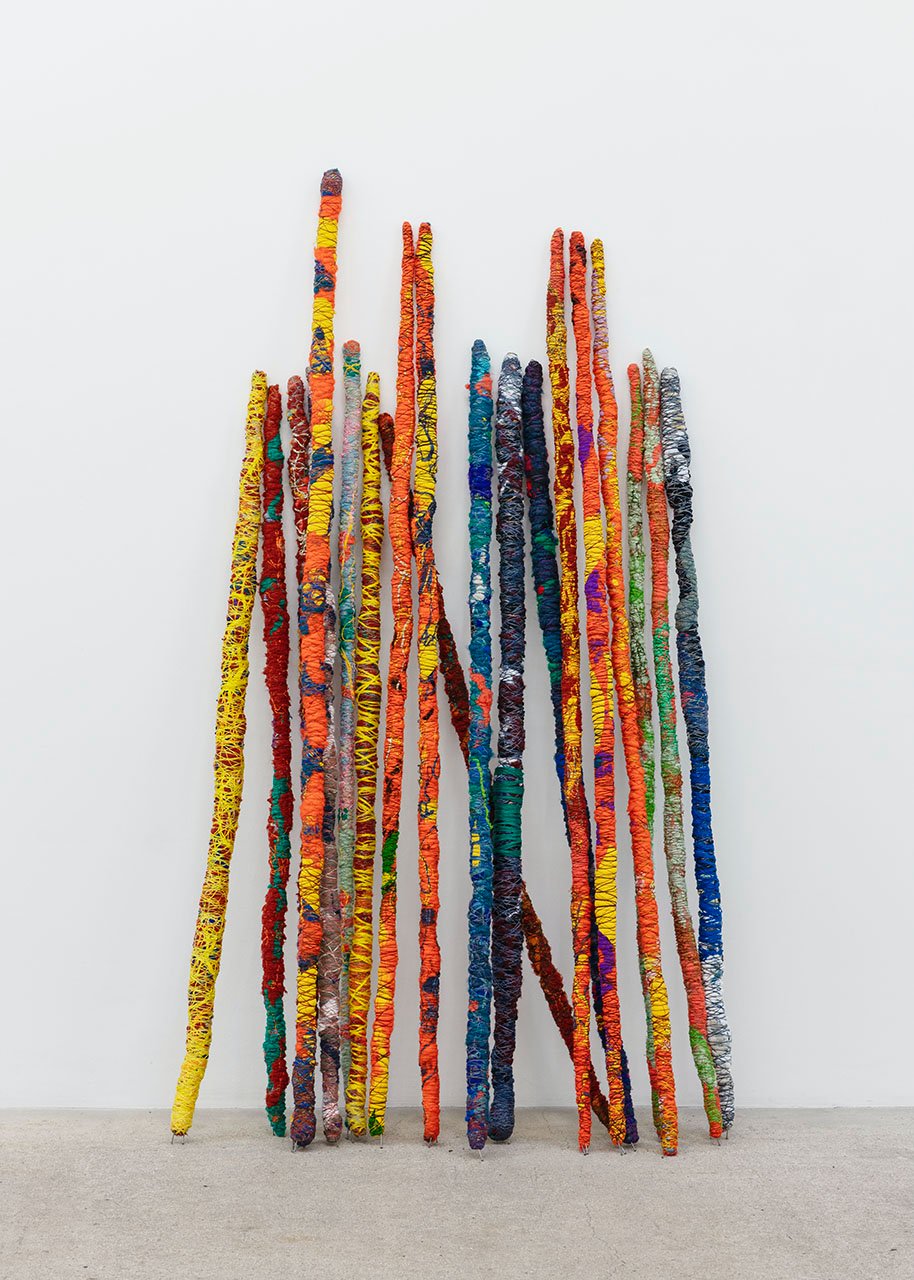 19 sticks
Dimensions variable Each element: between 150 and 190 cm (59 and 74 3/4 inches)
Courtesy of the artist and galerie frank elbaz. Photo : Claire Dorn 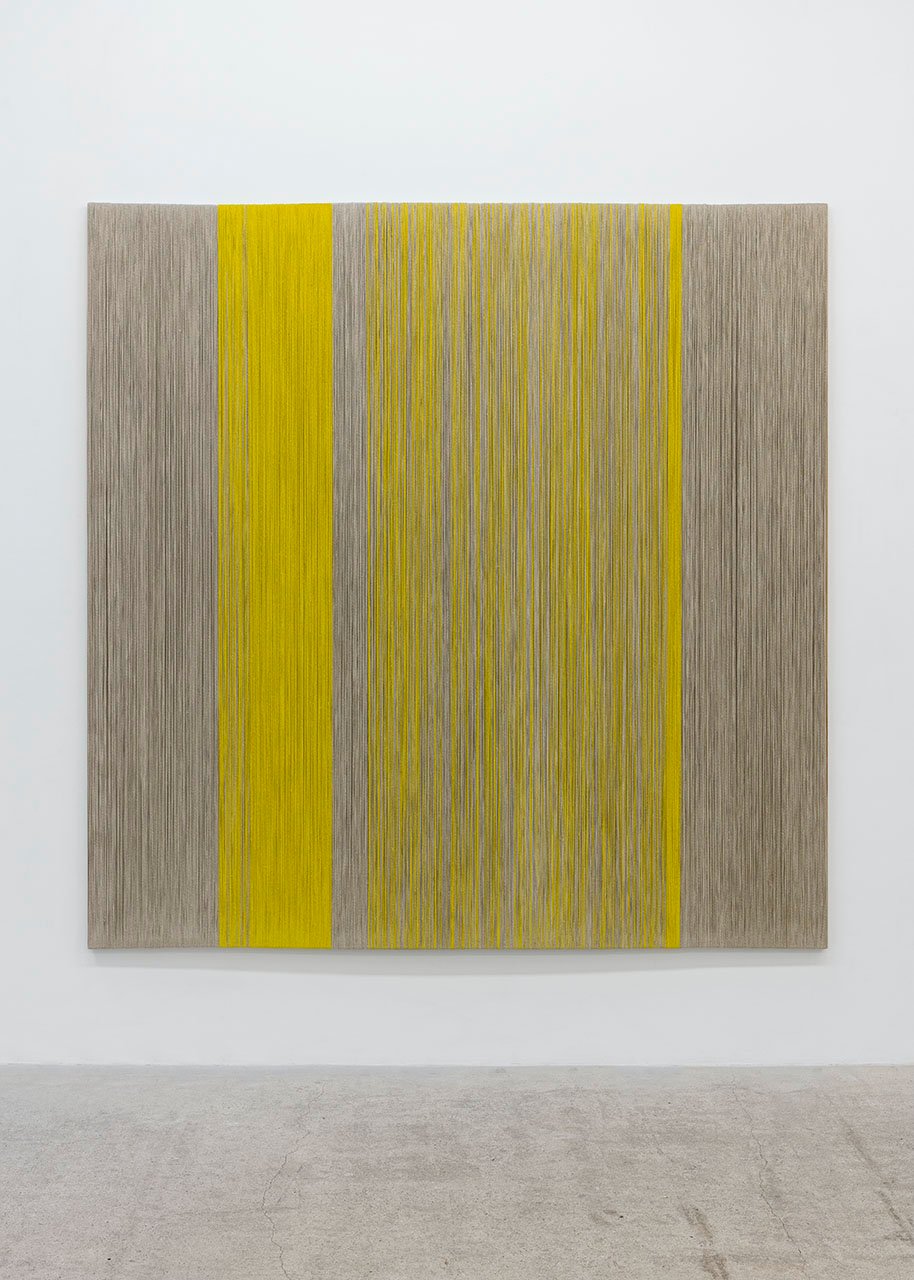 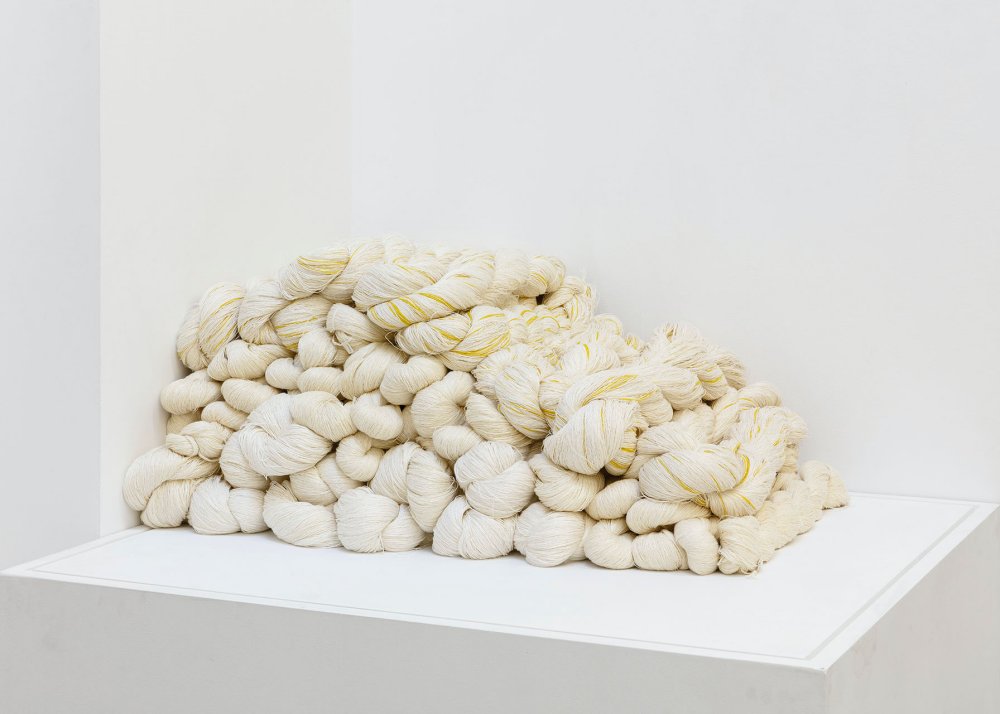 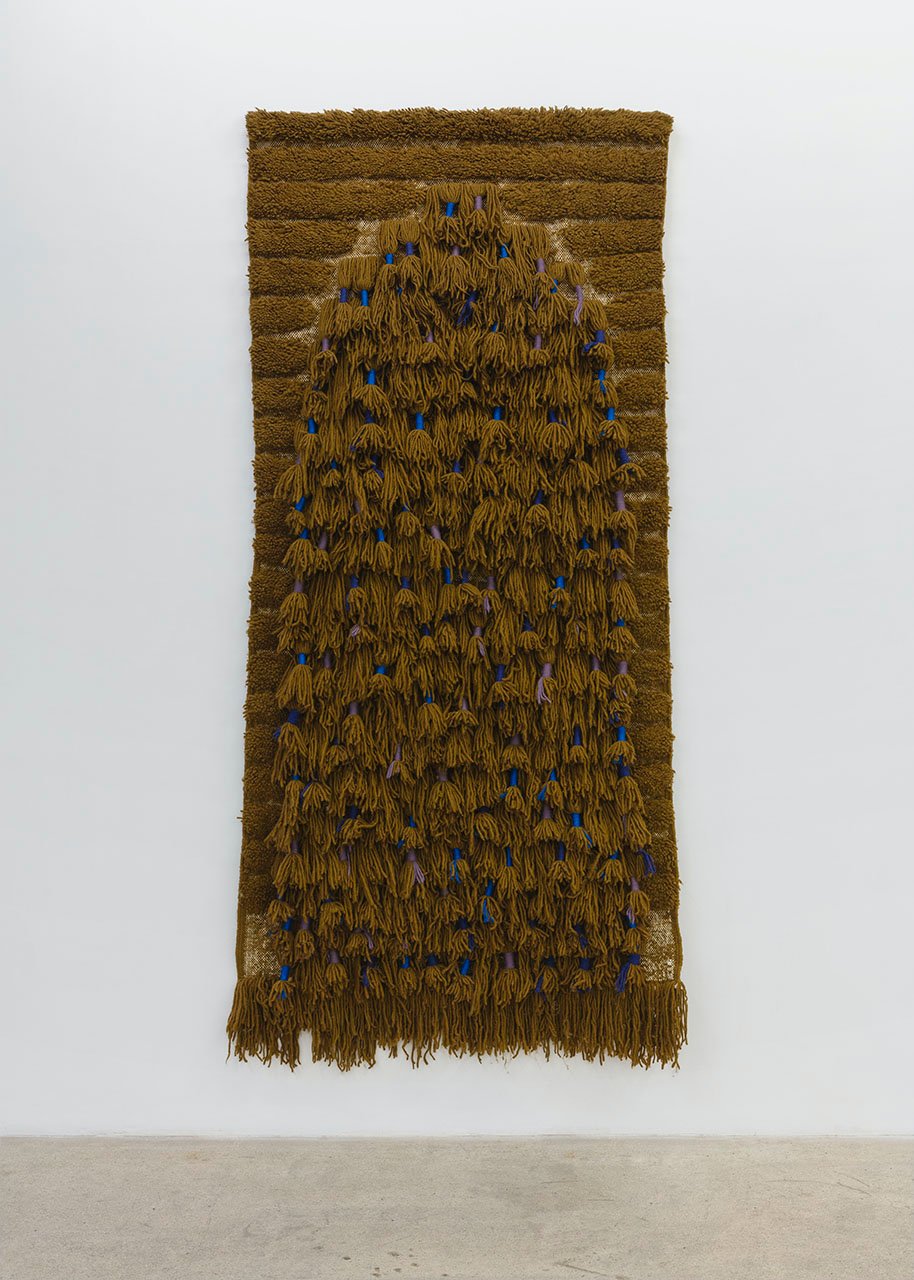 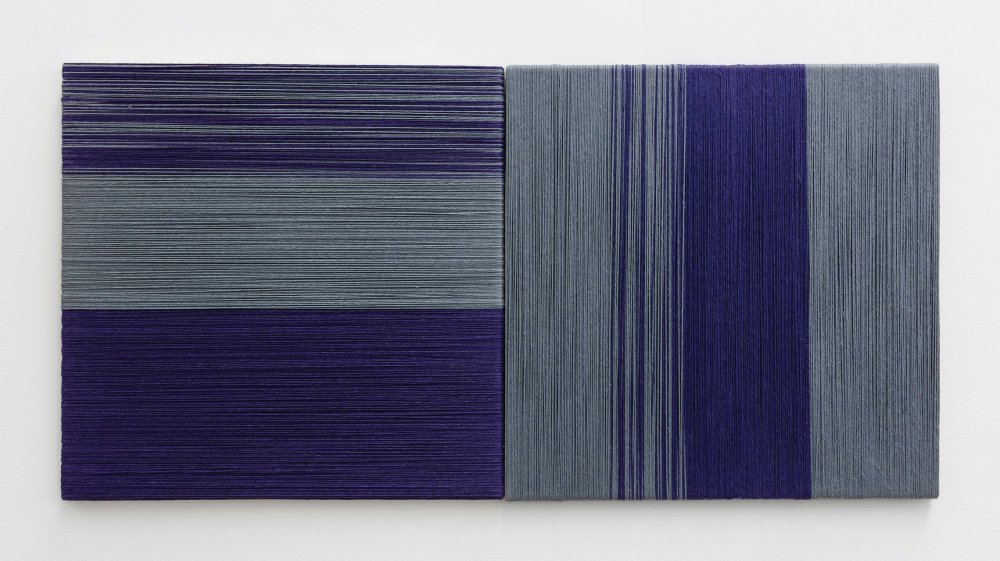 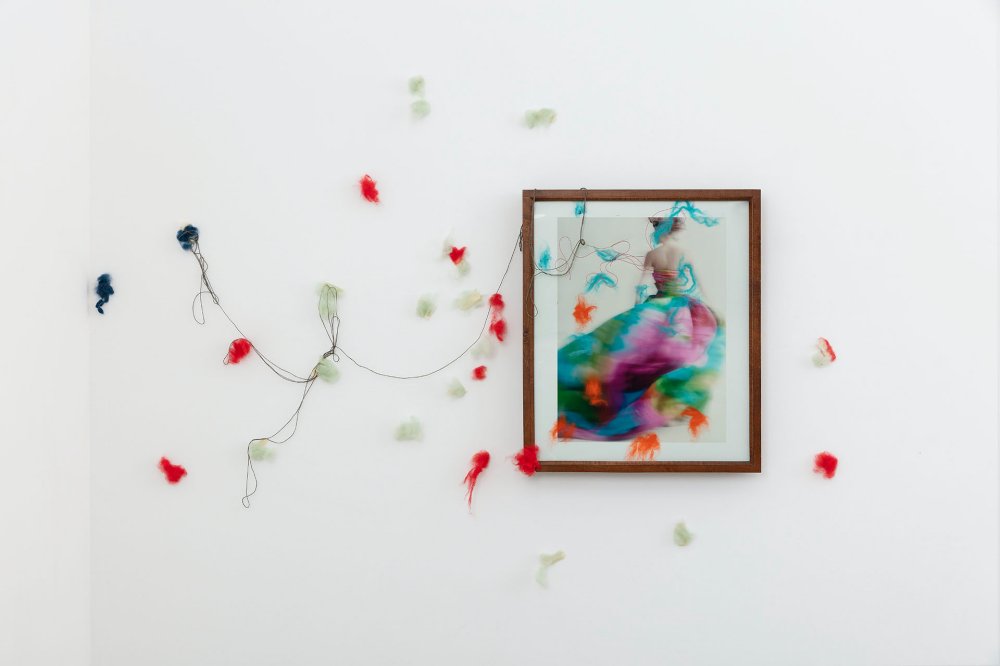 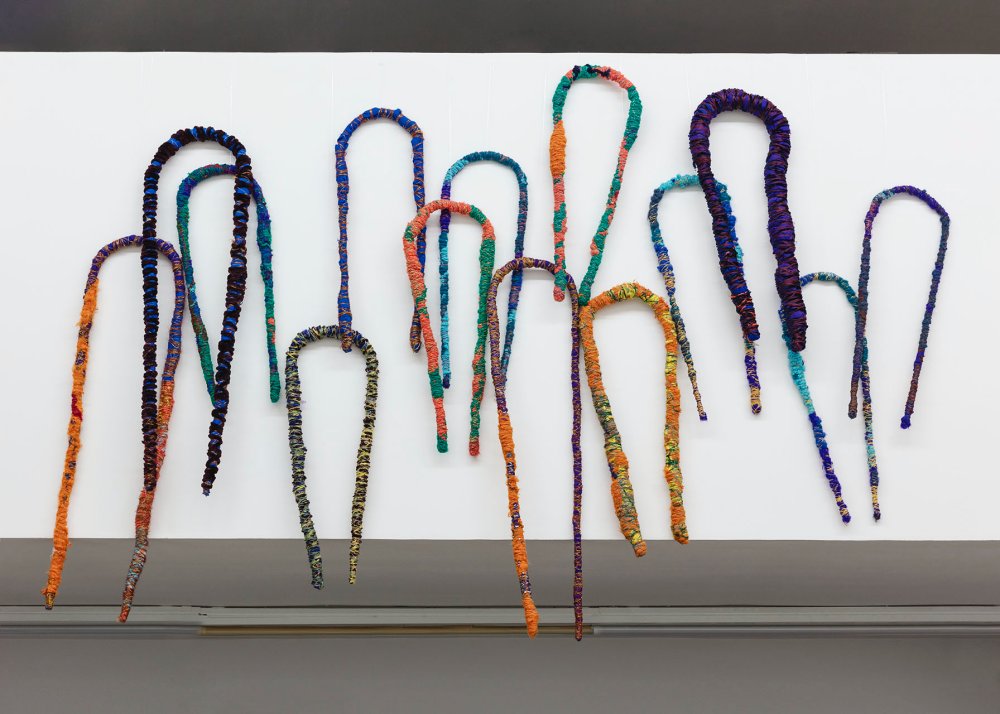 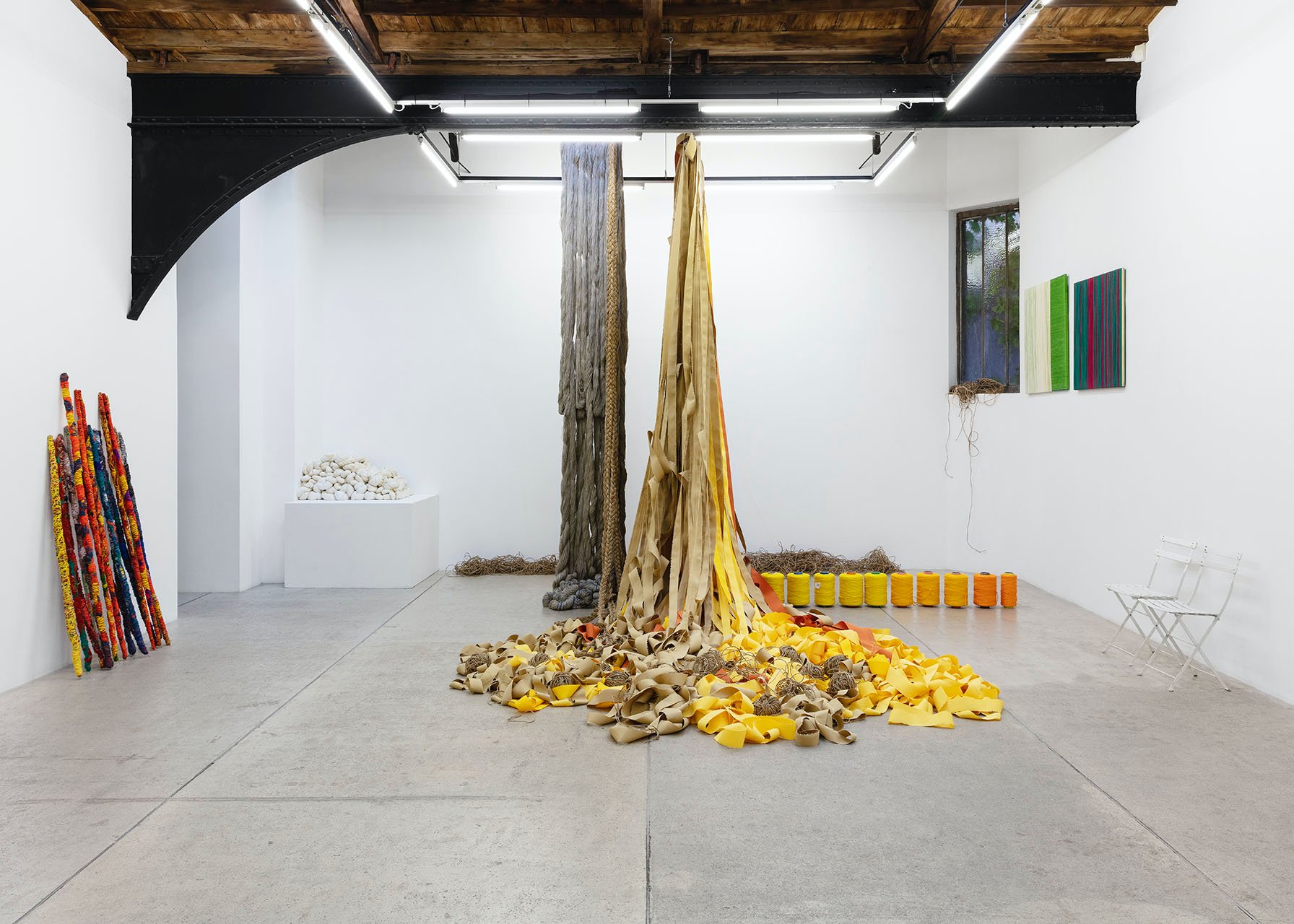 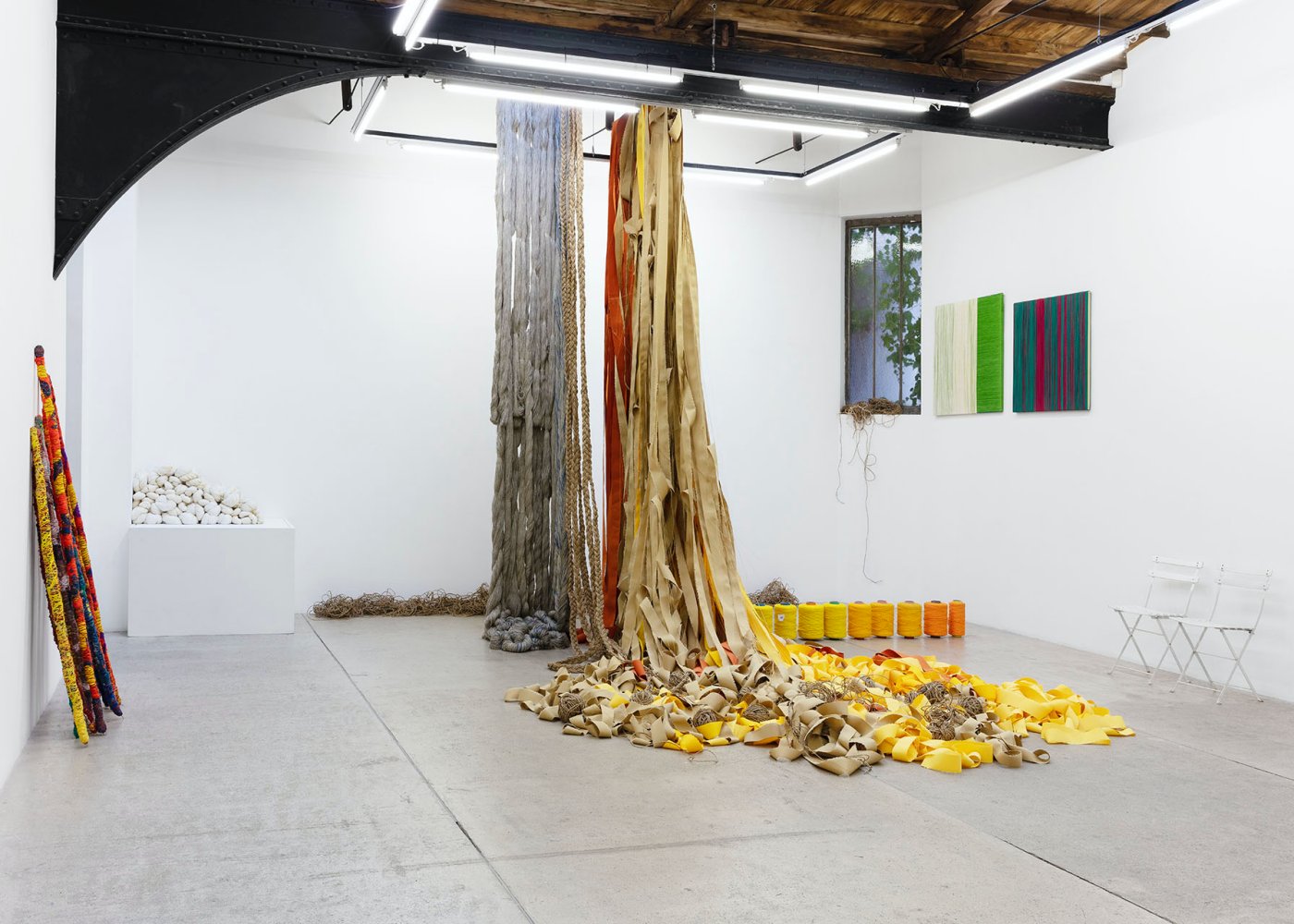 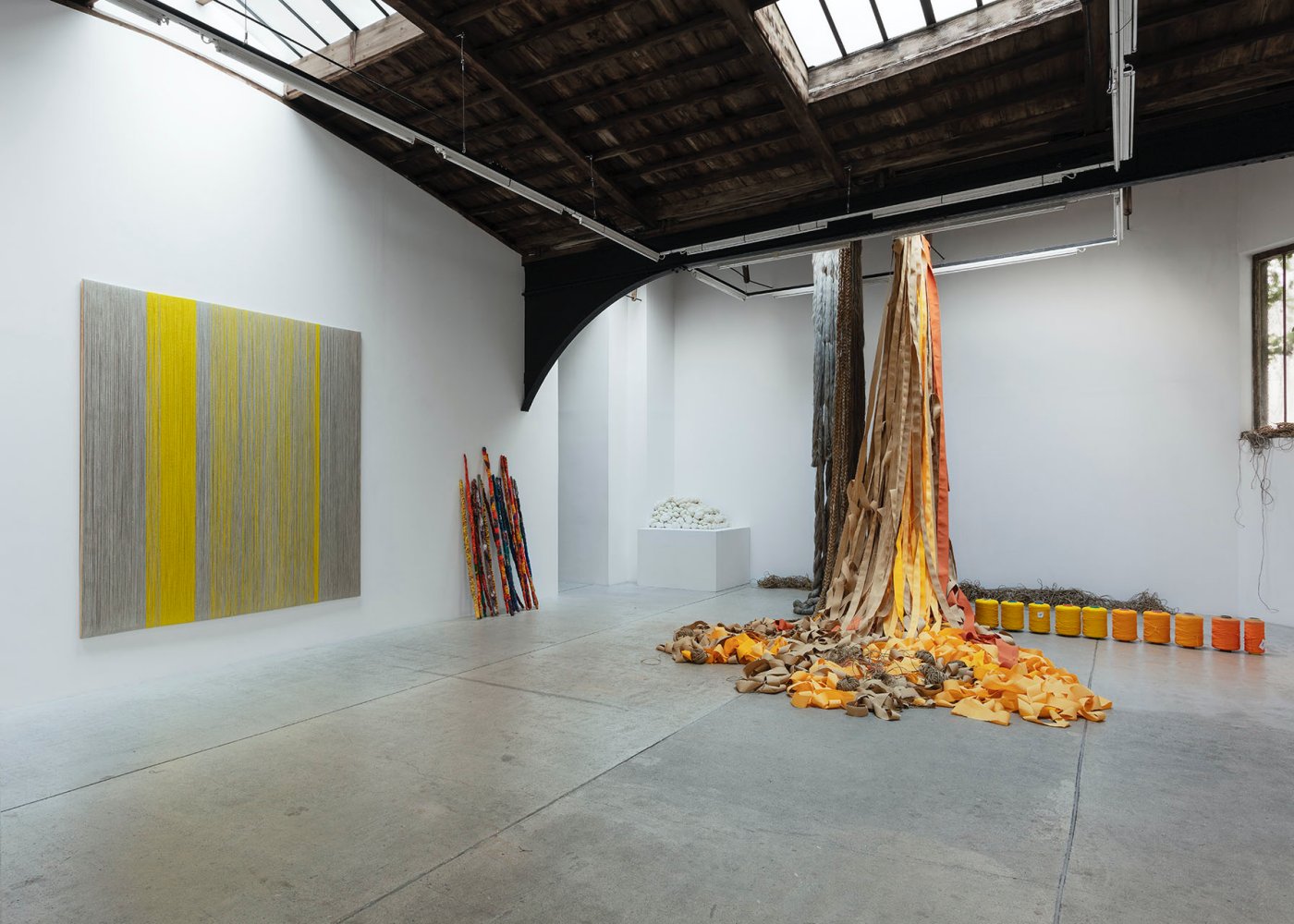 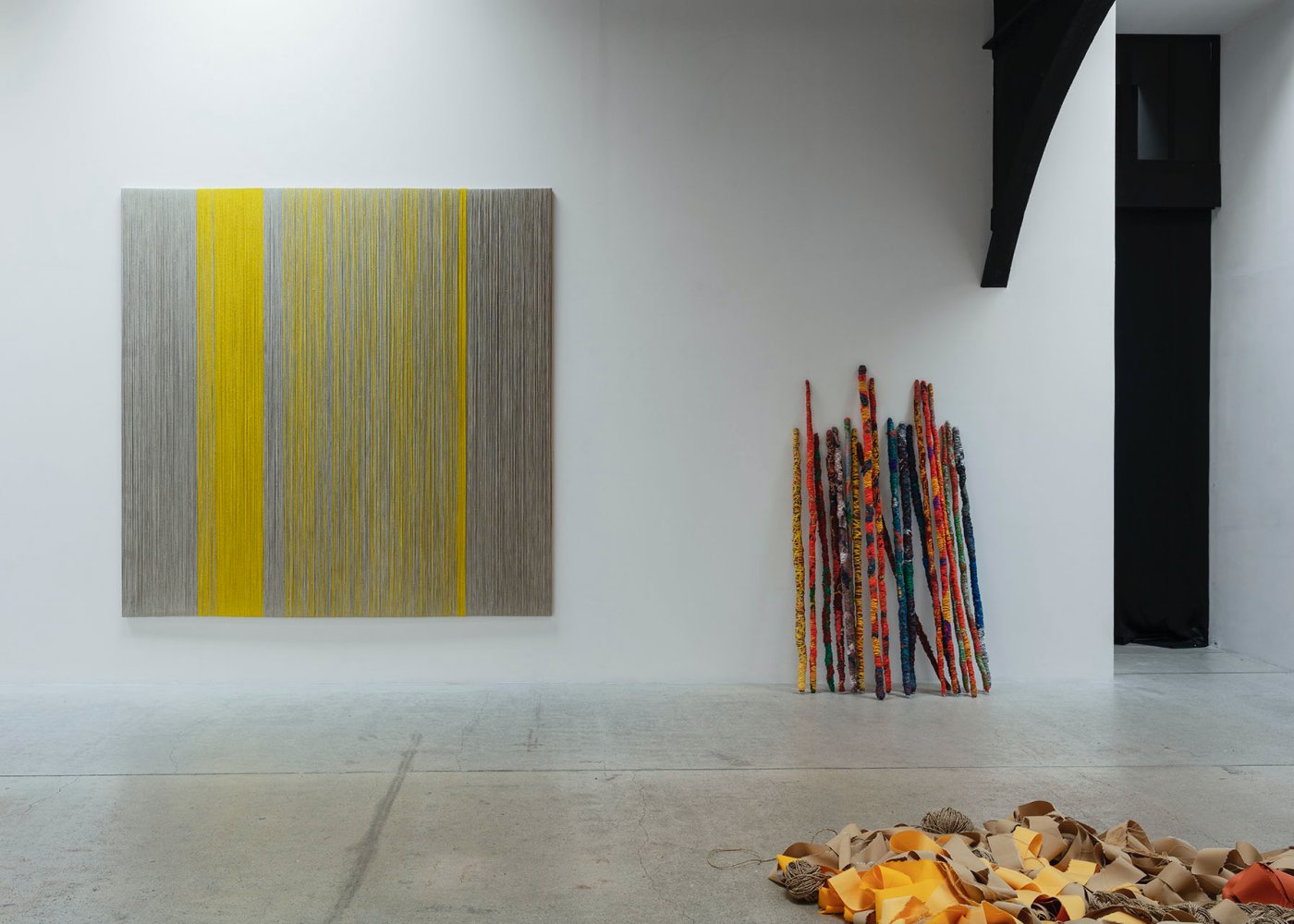 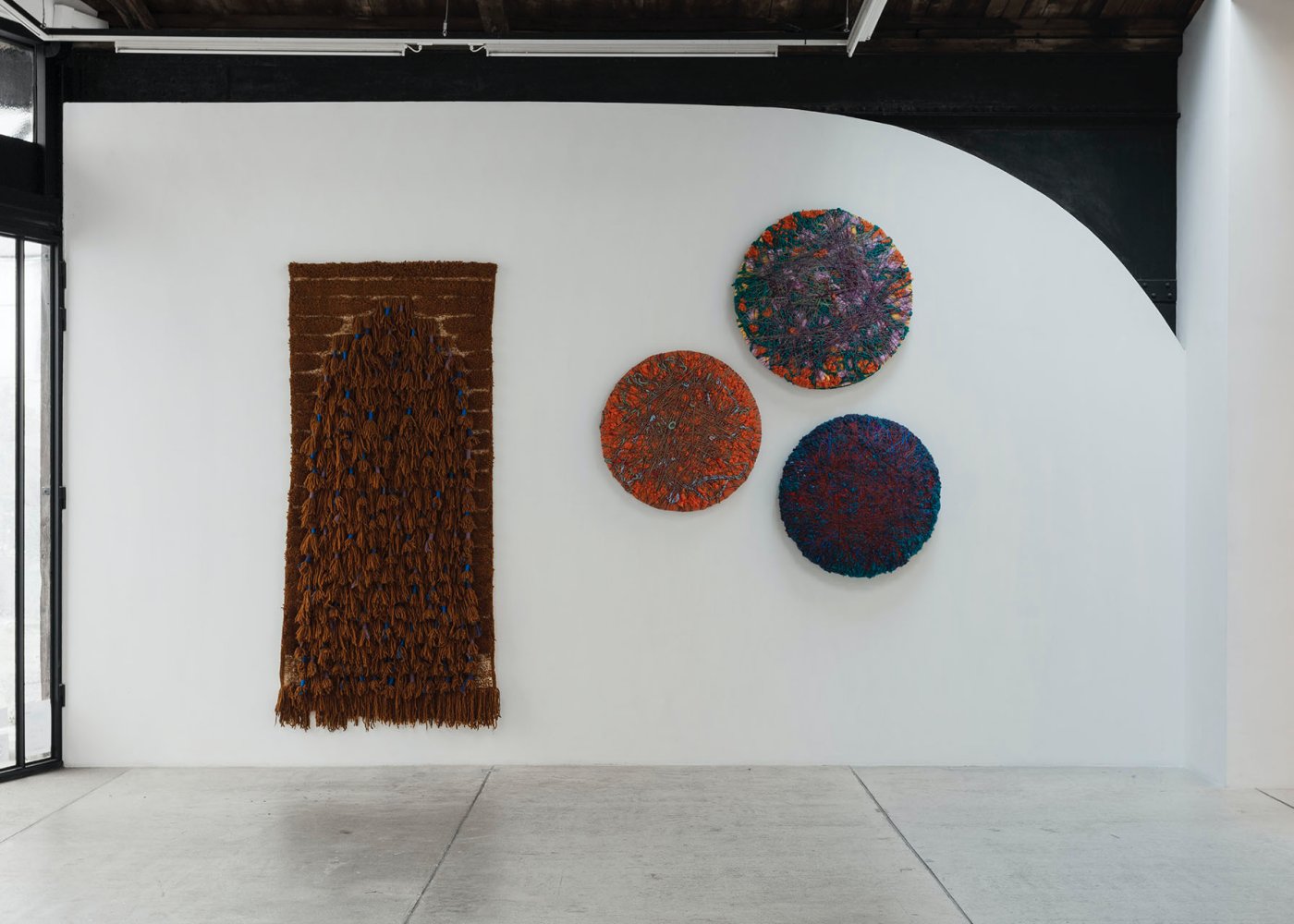 At the entrance, visitors discover the earliest work, Tapis de Prière, created in 1971. Three orange and blue medallions that hang on the same wall are made of intertwined synthetic and natural fibers, and are suspended below a metal ceiling structure.

For this exhibition, Hicks reconnected with a site-specific practice that is important to her work. En route vers Seville is a monumental installation created from torn fabric, braided linen, and spools of yellow and orange linen threads. She invites the viewer to look up to the ceiling and its historical framework and beams that support the structure. Droits de Parole, a work made of 19 bâtons gently leaning against the wall, and a large, linen-wrapped panel, North South East West, frame the cascading sculpture that unfurls on the ground.

Indeed, Hicks’ works and displays are the result of a careful observation of space and its characteristics. She inhabits it and interacts with it. Thus, the linen-wrapped panels Ida & Will W. and Vert Vertical hang near the corner window revealing the leafy vines growing on the exterior façade. Coconut fiber crawls along the window ledge and floor.

For this exhibition, Hicks has invited Paolo Roversi to present his photographs, the result of a collaboration between the two artists. Roversi’s images of Hicks’ works have been specially lit by Stéphane Henry and emerge out of darkness. Both Roversi’s carbon prints and Hicks’ Cordes Sauvages interact with mysterious energy.

Sheila Hicks, born in Hastings, Nebraska, has lived and worked in Paris since 1964. She has chosen textiles as her favored medium through a body of work that defies traditional artistic categories. A painting student of Josef Albers at Yale in the late 1950s, she spent several seminal years investigating South American and Mexican indigenous cultures.

Sheila Hicks’ work has been the subject of solo exhibitions at the MAK in Vienna, Austria; the Dallas Museum of Art and the Nasher Sculpture Center in Dallas, Texas; the Museo Chileno de Arte Precolombino in Santiago, Chile; the Centre Pompidou in Paris, France. Her works are represented in the most important collections throughout the world: in Paris, Centre Pompidou, Fondation Louis Vuitton, and Musée d’Art Moderne; Tate Modern, London; Stedelijk Museum, Amsterdam; National Gallery of Art, Washington, DC.; in New York, The Metropolitan Museum of Art and The Museum of Modern Art; Boston Museum of Fine Arts; Philadelphia Museum of Art; The Art Institute of Chicago; Museum of Modern Art, Tokyo.

Paolo Roversi, born in Ravenna, Italy, has lived and worked in Paris since 1973. His work is widely collected by museums in Europe, Asia, and the United States.