in collaboration with Lotte Meret Effinger 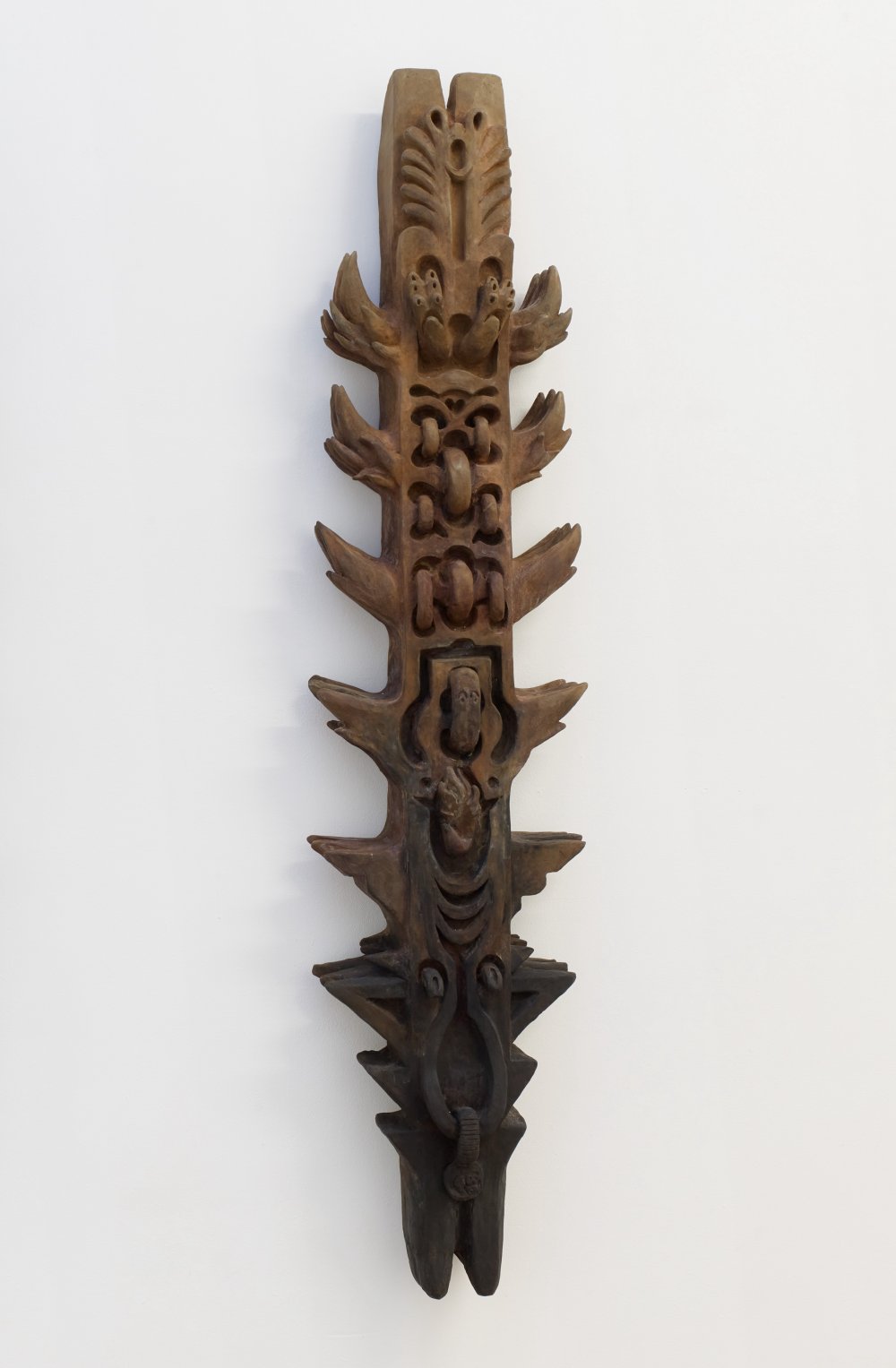 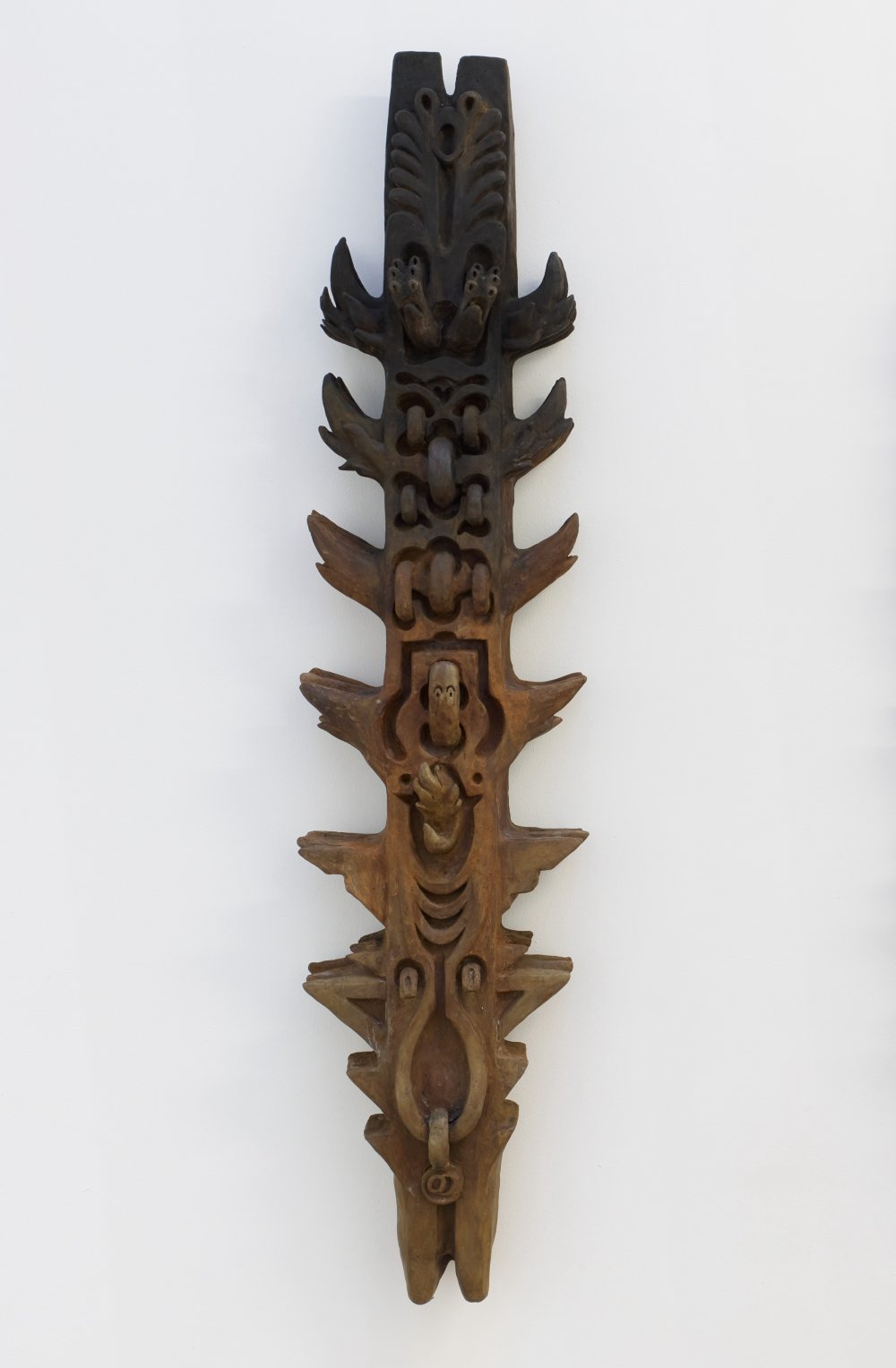 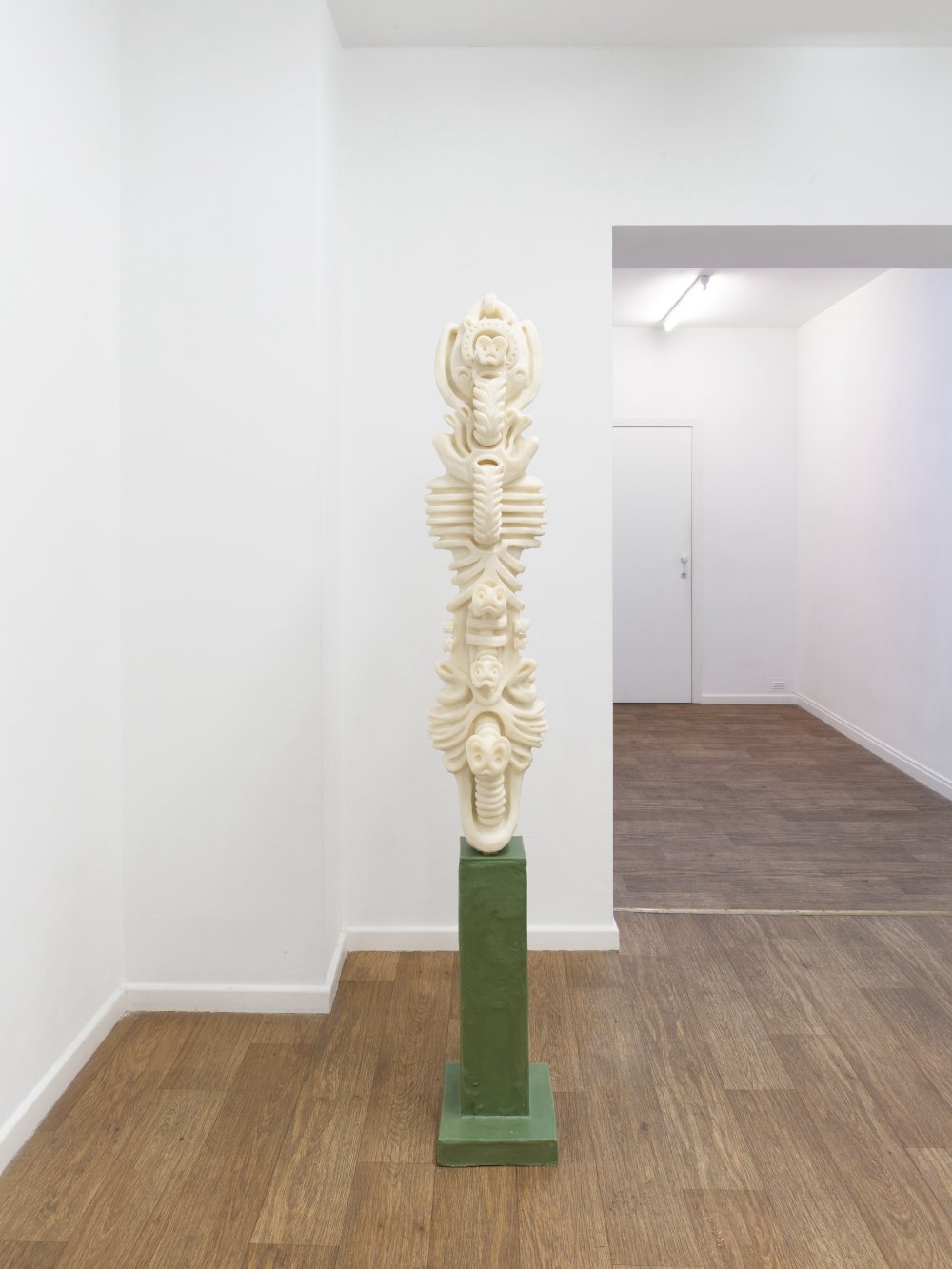 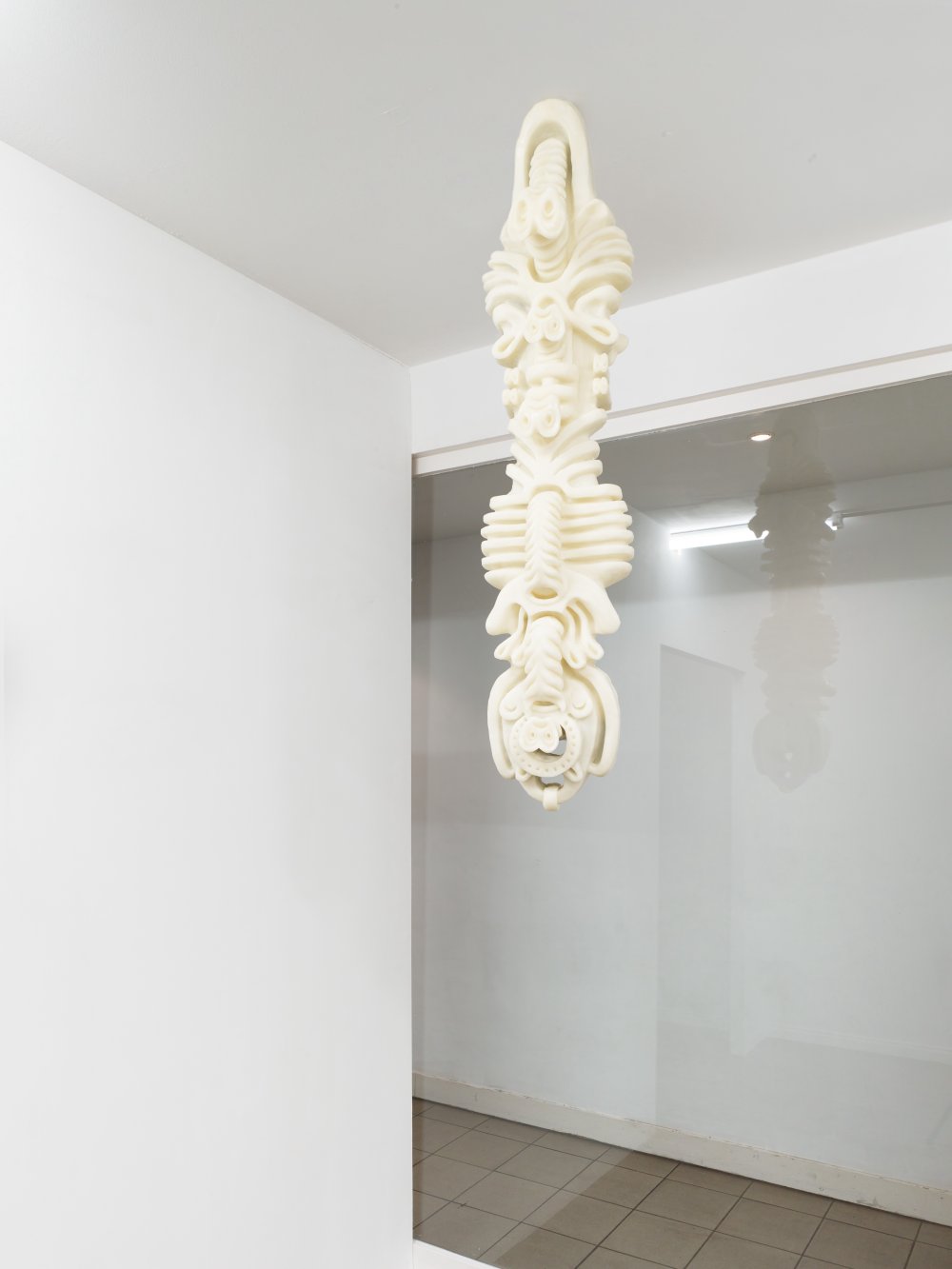 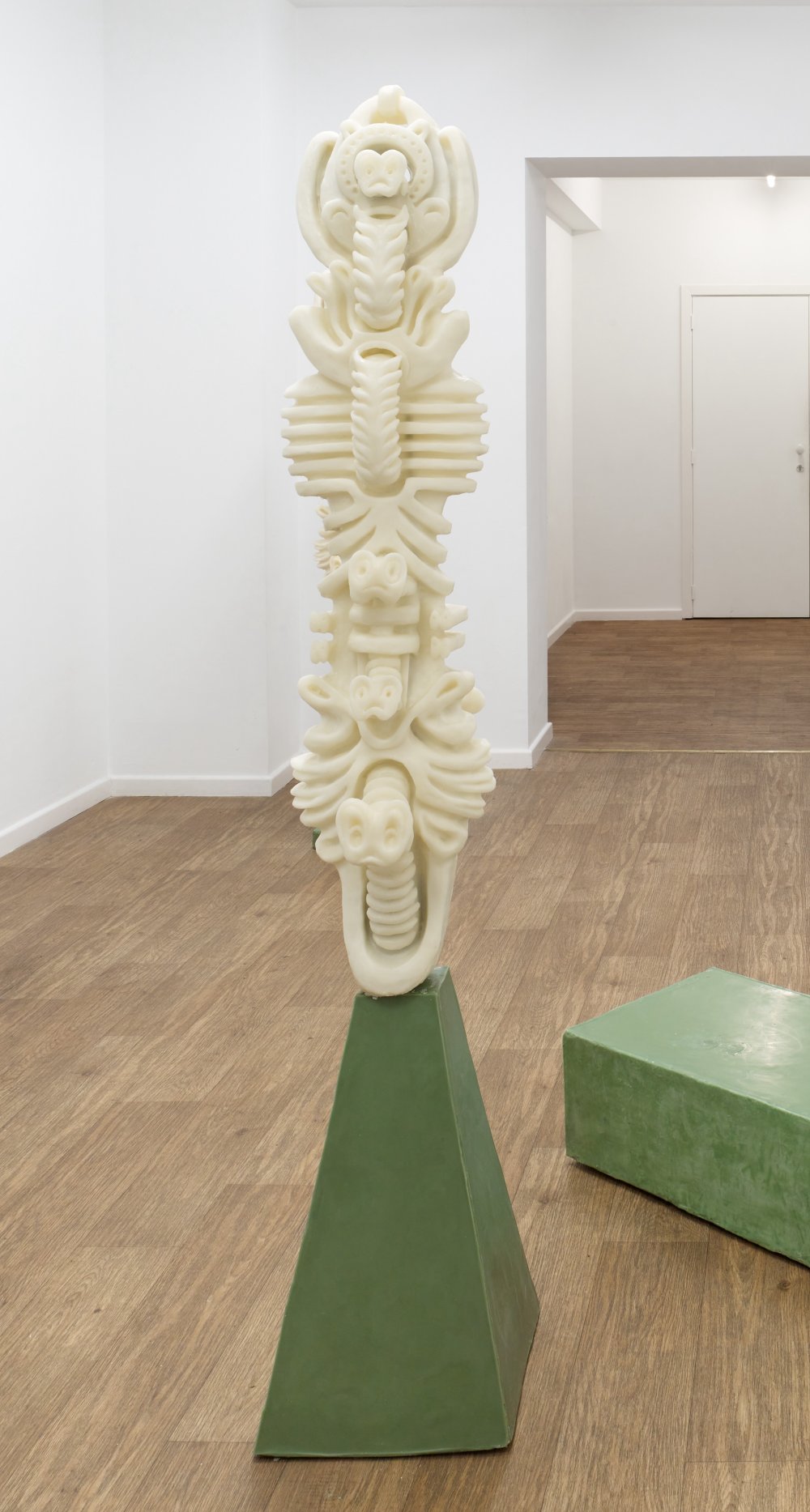 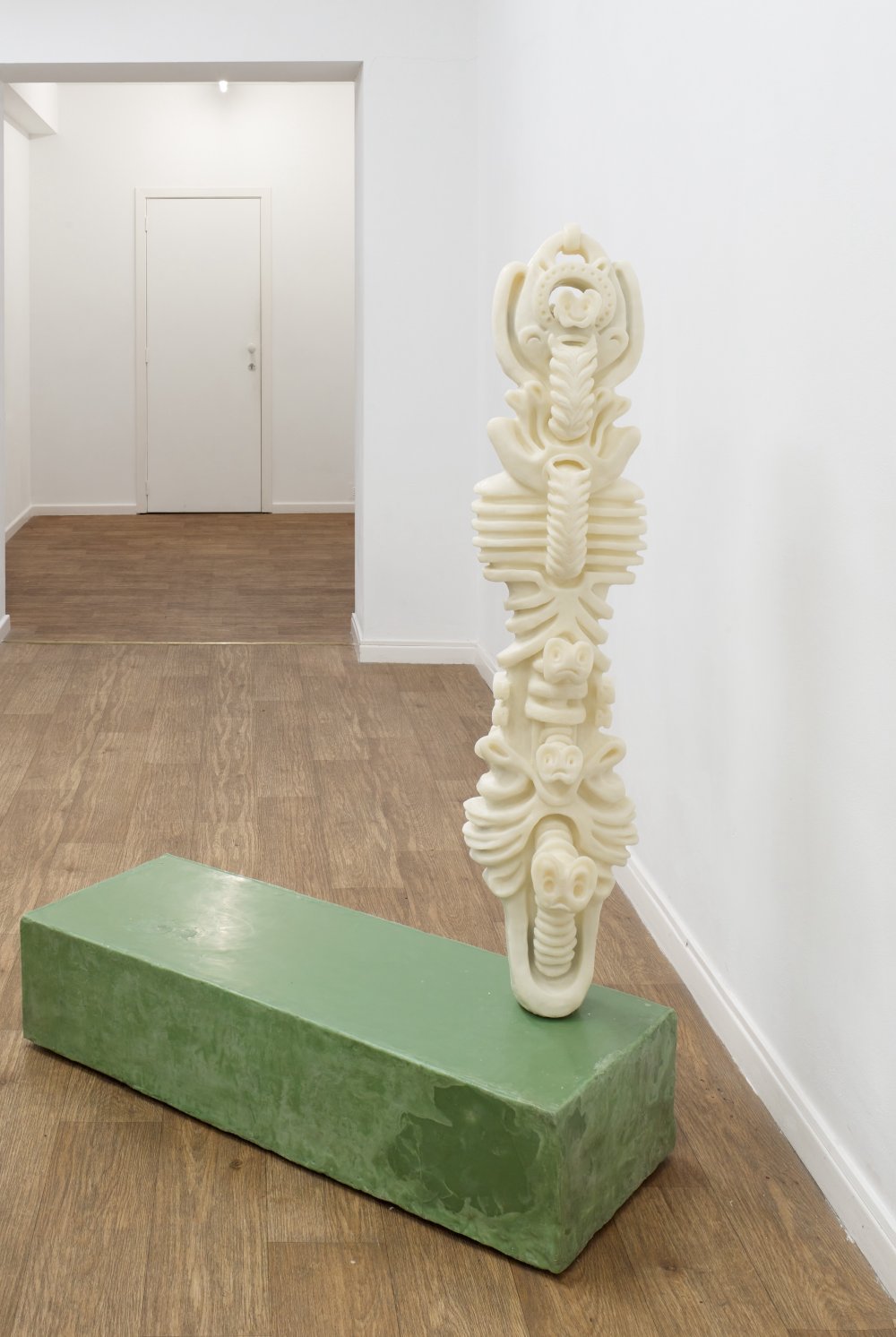 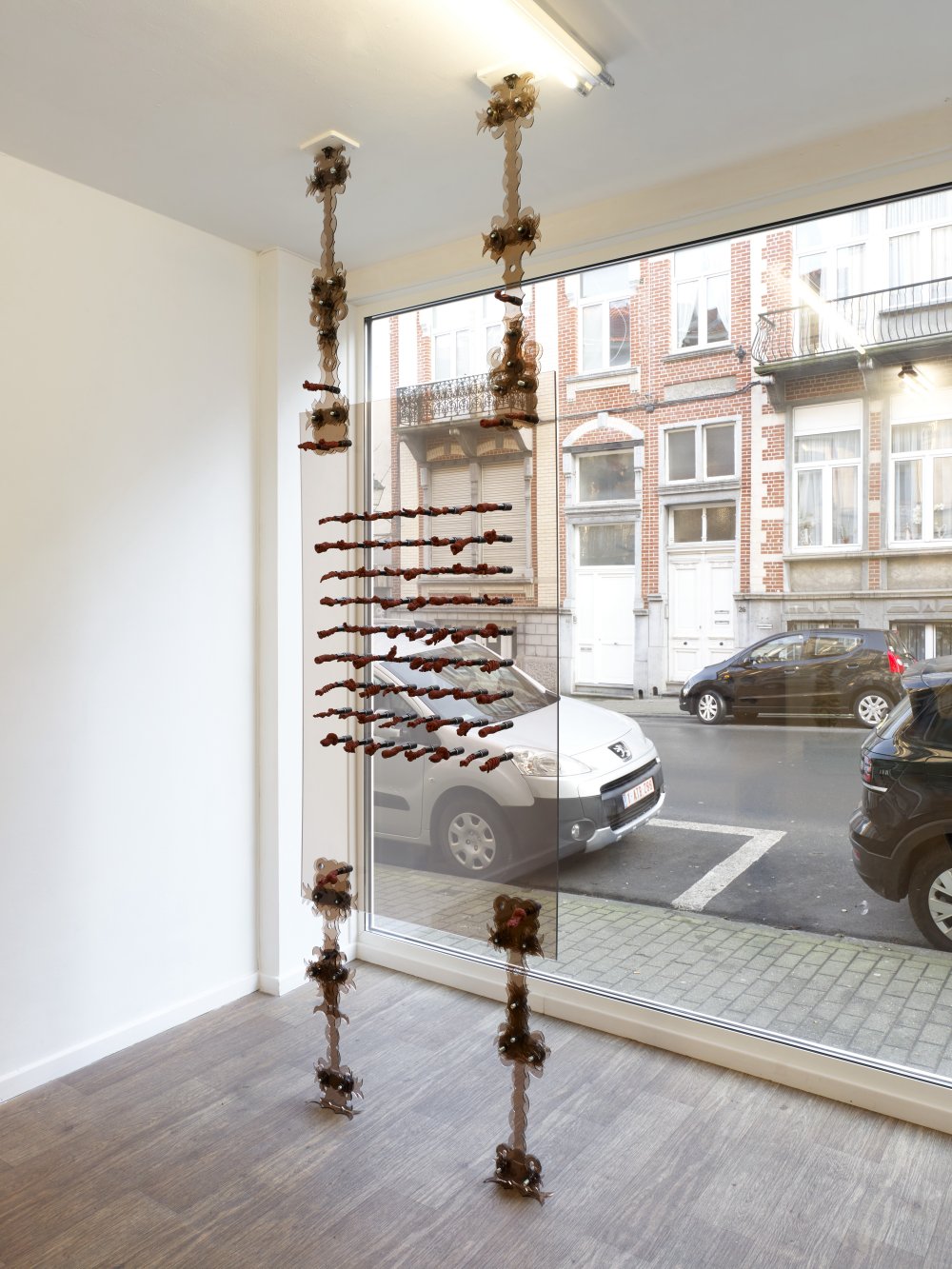 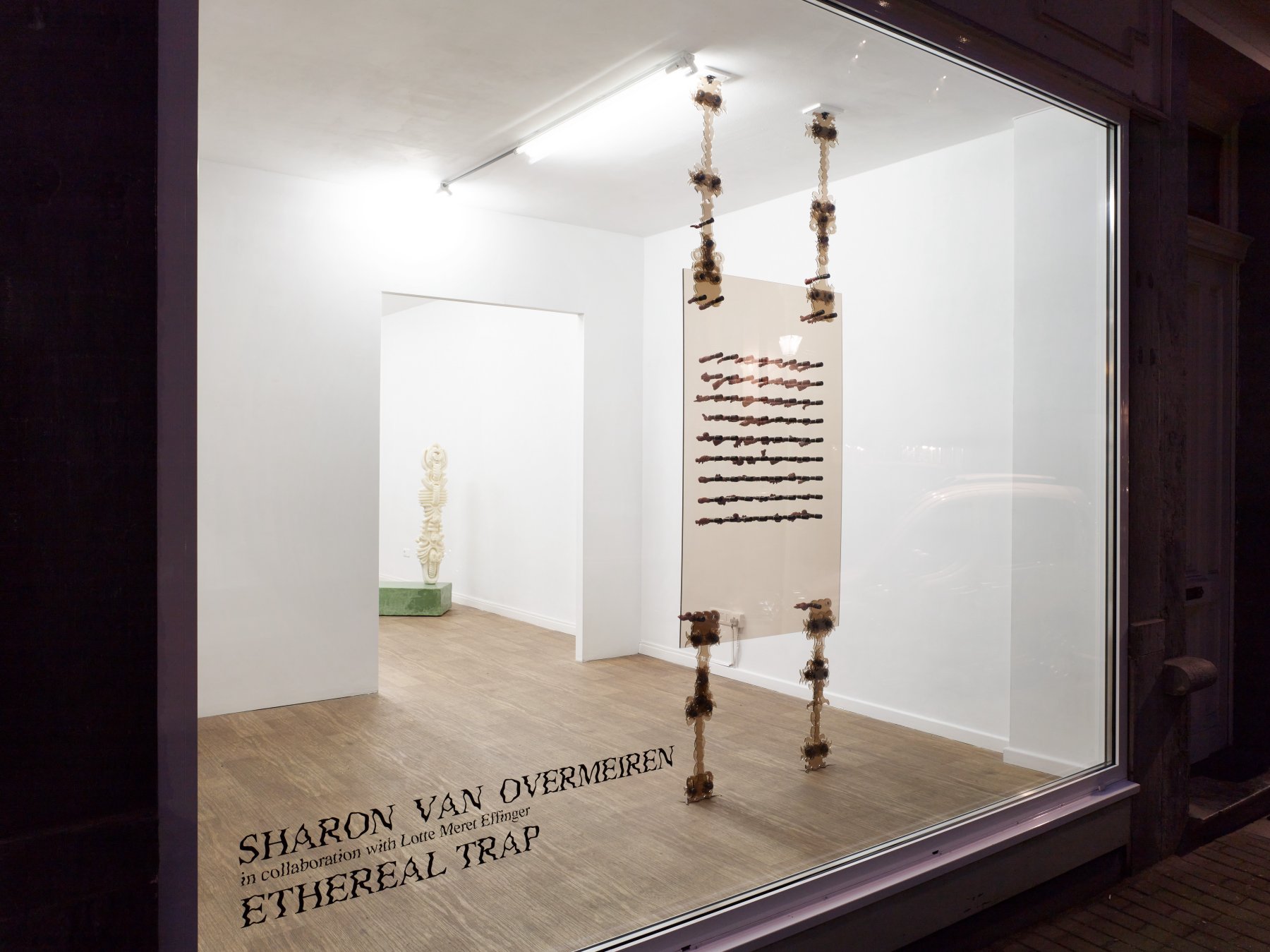 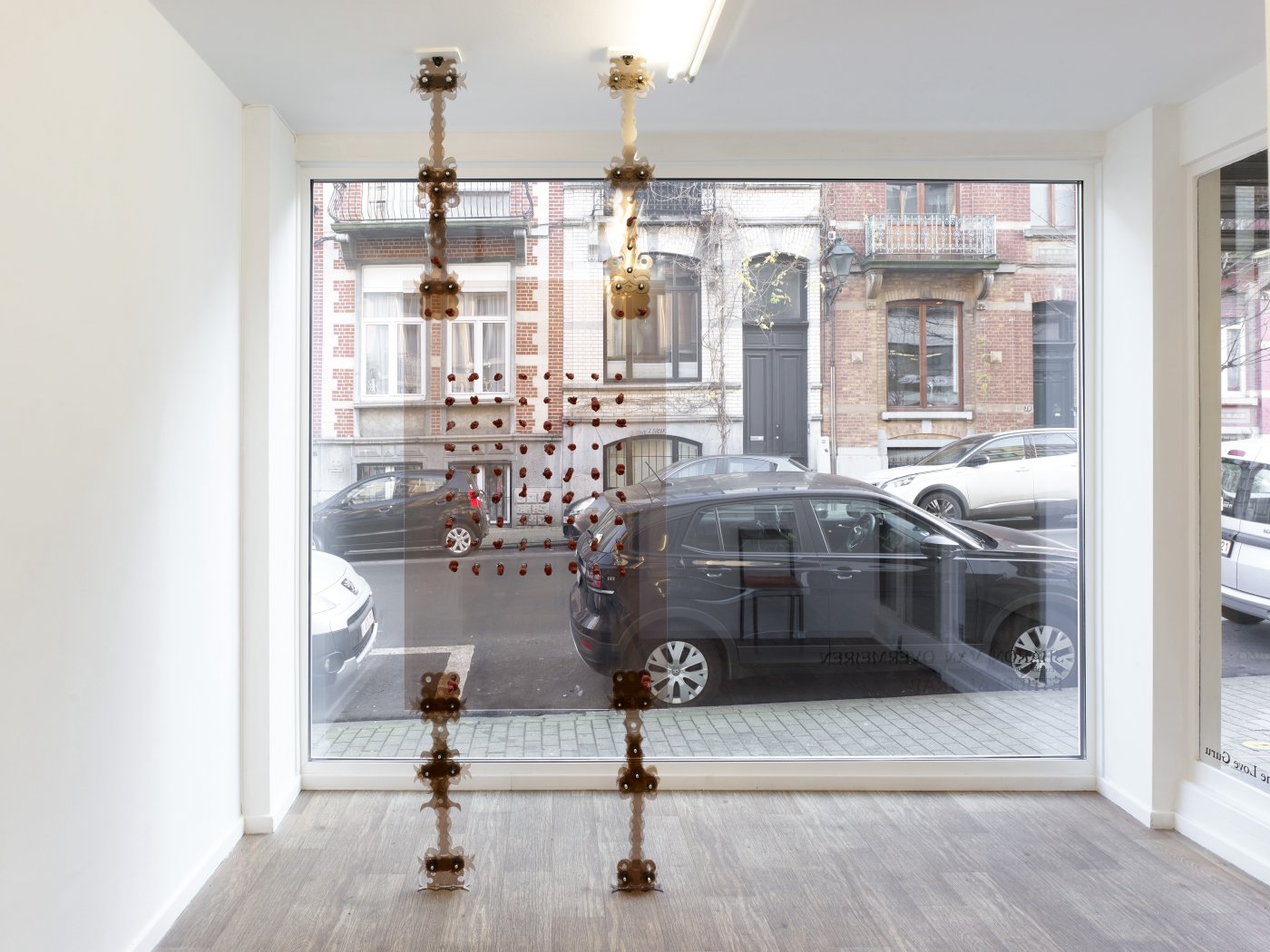 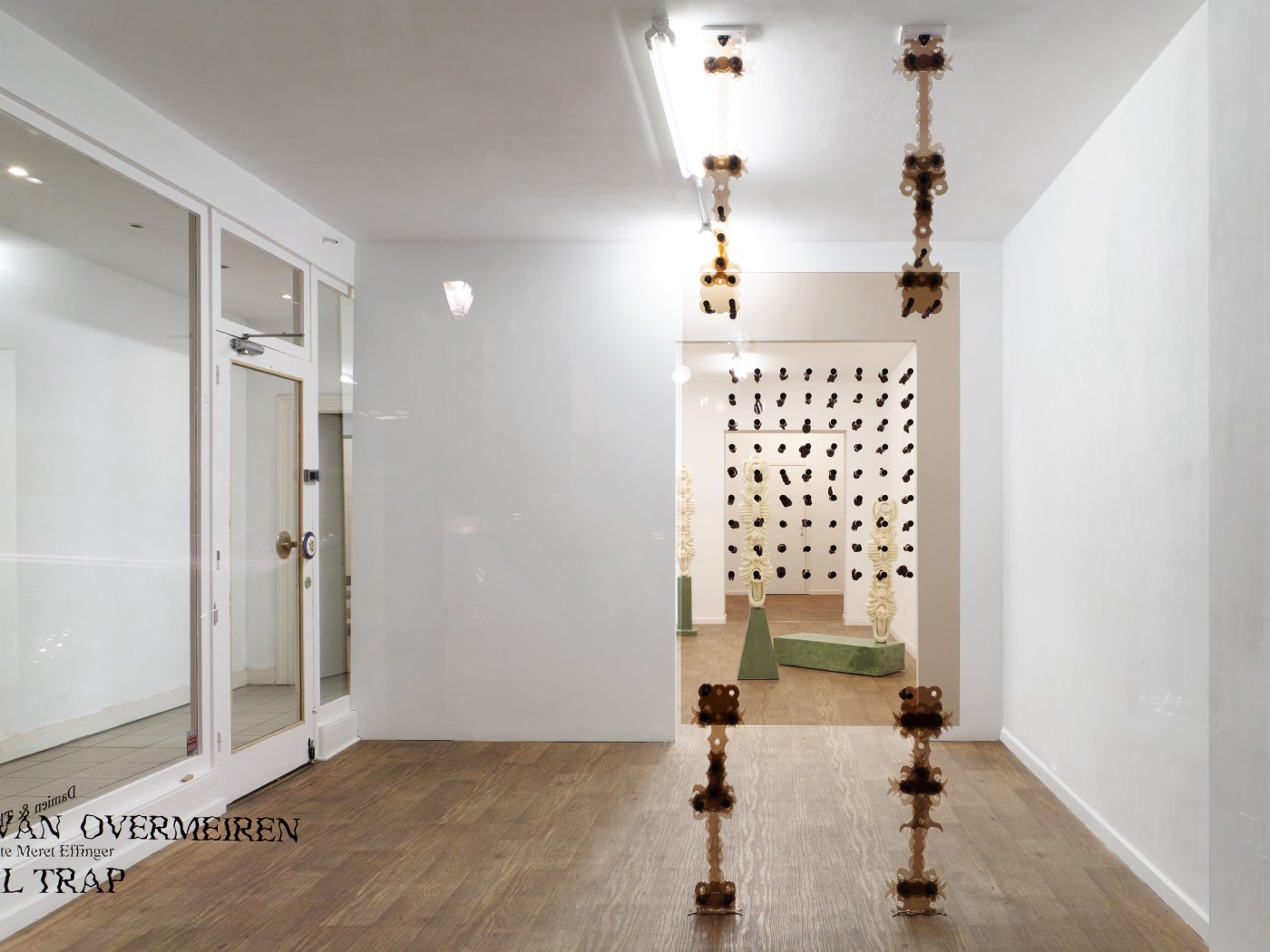 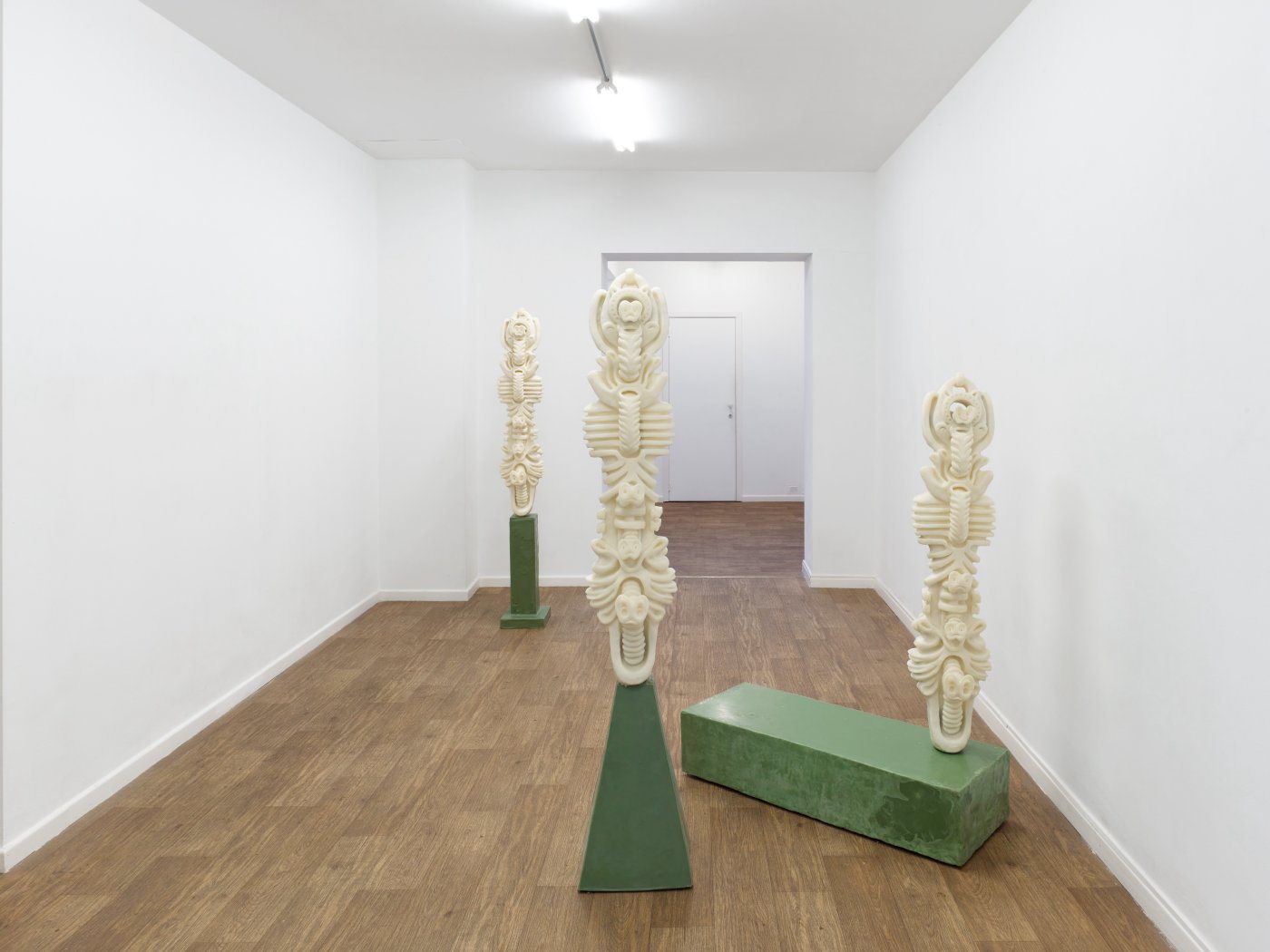 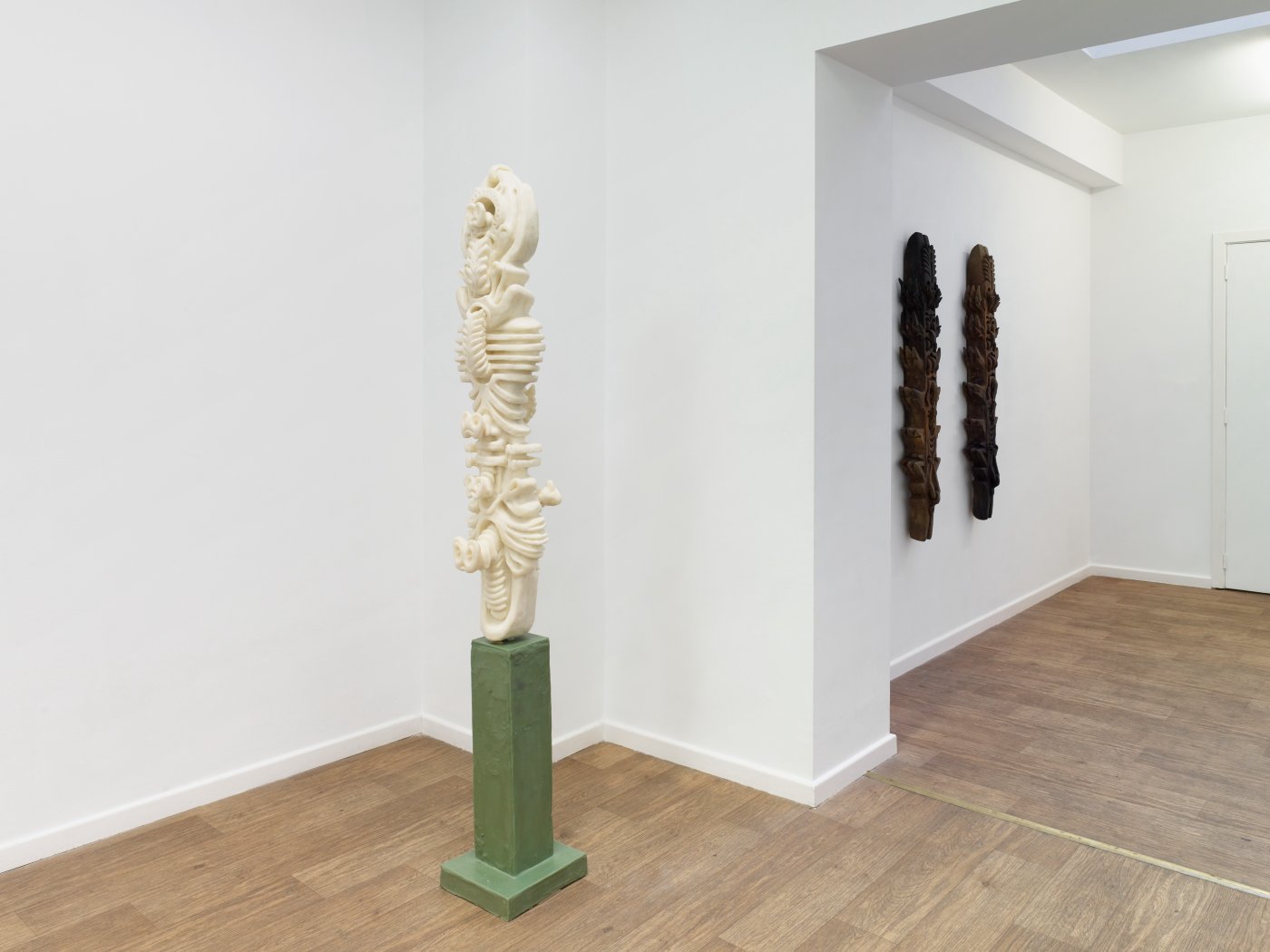 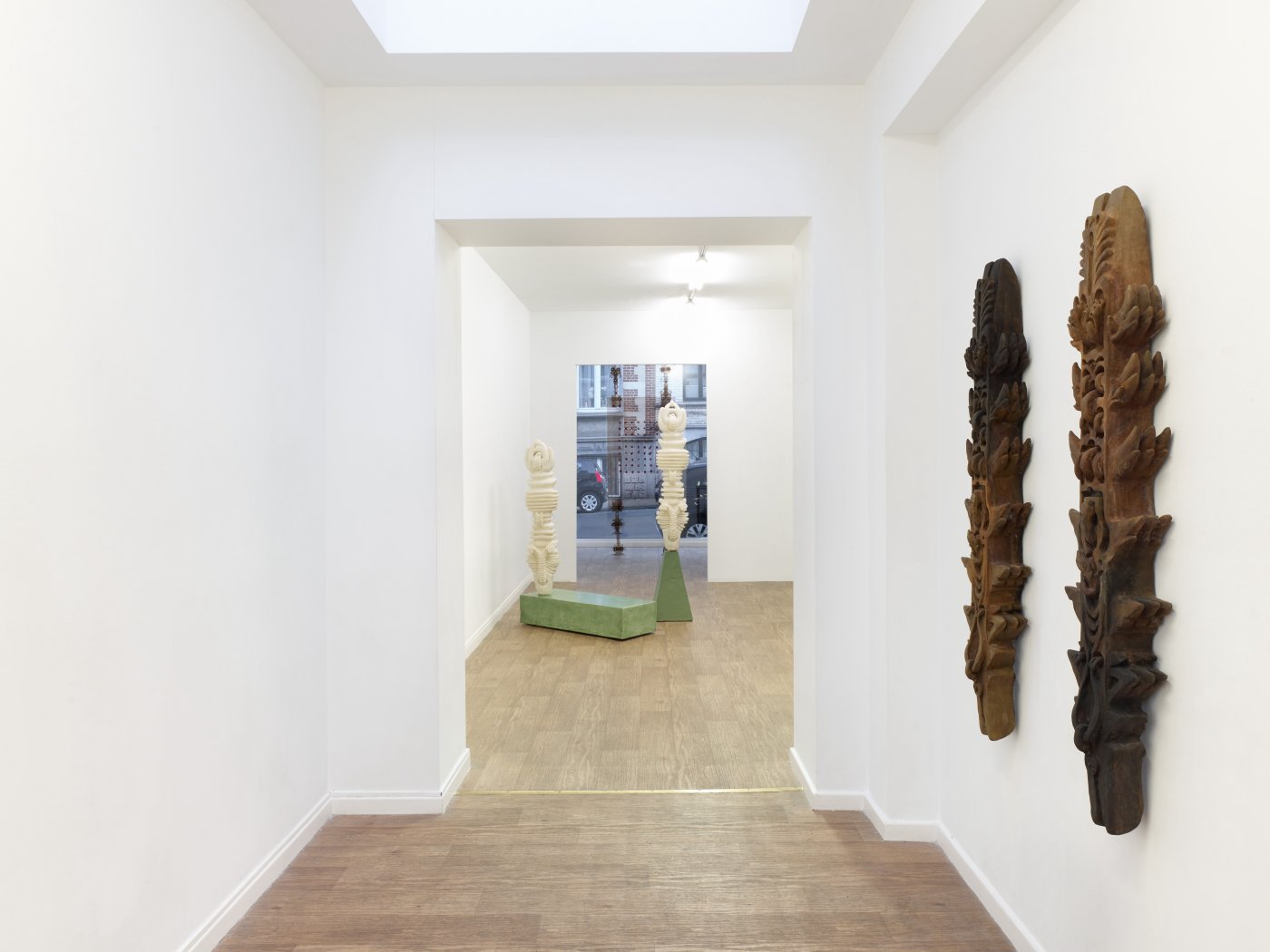 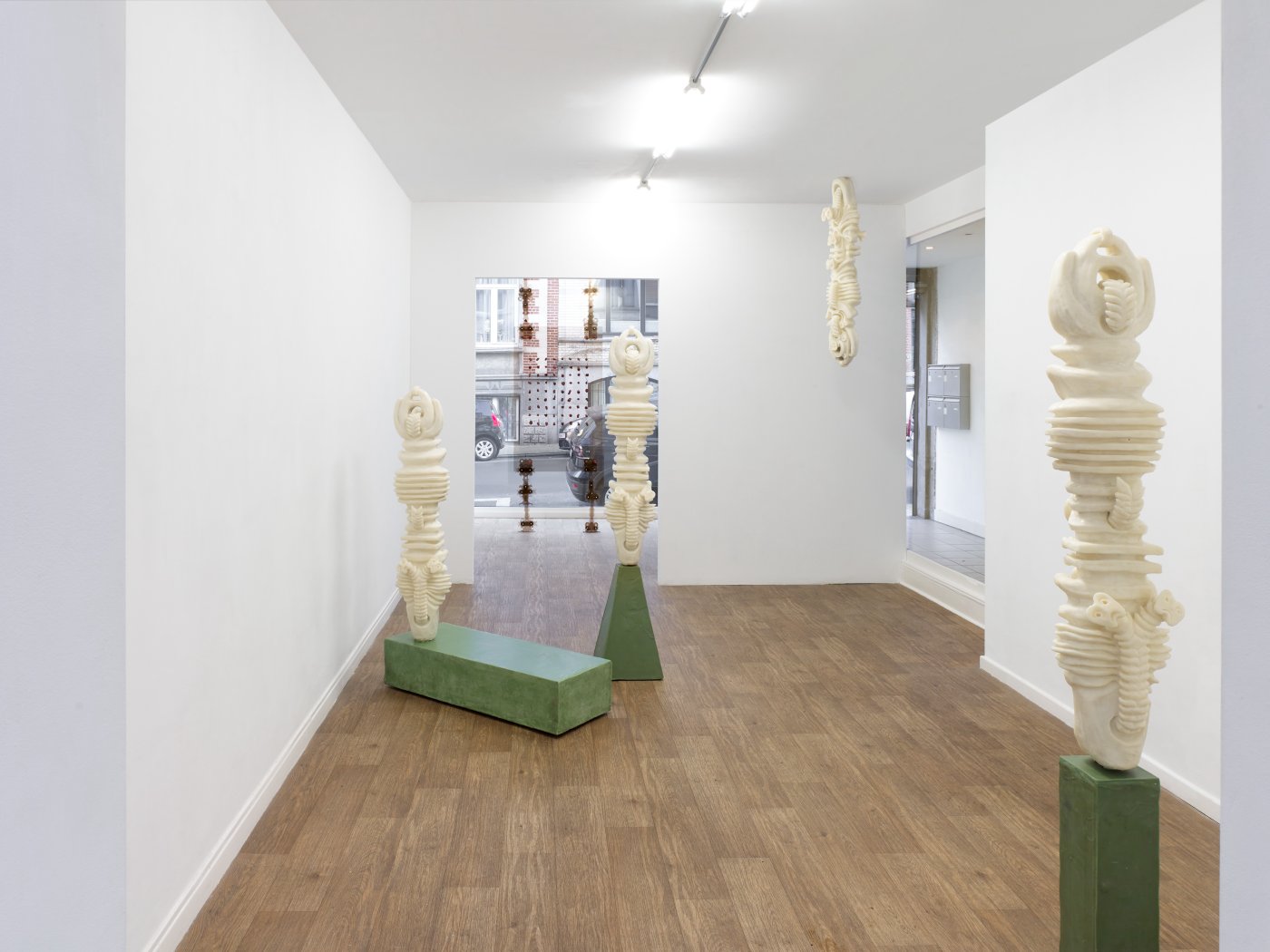 A kind of archaeological dig takes place, it’s a sort of hollowing out, a kind of scraping, whose void shifts and unsettles material fragments, chains of images and their subsequent associations, intersecting the choreographies of temporal overlay.

It seeks remnants and imprints, sifting through a mental collage of surrealist logic, bypassing archetypes and cerebral scraps of palimpsest, anthropomorphisms, annelida, and trapezoids – objects of sacrifice, still re-VERB-erating from the detonation of the ambiguity bomb.

Circumventing the minds linguistic censorship, a filtering of agency takes place, negotiating the bleeding of fresh stimuli into a repository of surprised forgettings. Regurgitating and renewing un-activated potentials of the past for future constructs, it expresses itself symptomatically.

This is the outside of the inside, an intermediate lining whose fibres remain somewhat loosely intact to a kind of acoustic scaffolding; a gnostic apparatus, whose currency churns the model of history through an auto-cannibalistic feedback loop, expelling snapshots of ceremony, broken symbols and all that’s caught in its in mechanism out into a glittering emporium of reflections and simulations. This is the diachronic space of non contempronaity, which in its possibility of forms and in its mutability appears to elude any formal designation. This is the shock of impression. This is the archival footage of the earth. Welcome to the ethereal trap.

Sharon Van Overmeiren (1985, BE) plays with the genesis of fiction, questioning facts surrounding categorisation, representation and the transmission of knowledge. Intuitive in approach, her practice investigates the realm of the collective subconscious and the growing inability of the human mind to describe and experience “things” beyond its own desires. Since graduating with an MA from the Royal Academy of Arts in Antwerp, Sharon Van Overmeiren has been awarded the Mark Macken Sculpture Prize and the Champ D’Action Time Canvas Award and has been selected for residency programs at Van Eyck Academy (NL) and WIELS, Centre for Contemporary Arts (BE). She has previously exhibited at Rodolphe Janssen Gallery (BE), Neuer Aachen Kunstverein (DE), Lucie Drdova Gallery (CZ) and at Platform: Paris/Brussels hosted by David Zwirner. She lives and works in Antwerp.

Lotte Meret Effinger (1985, DE) analyses the effects of digital media and new technology on our self identity. Her practice articulates the conjunctions between physical experience, political agency and digital worlds through hybrid sculptures, installation, performance and video. Since graduating from the Gerrit Rietveld Academy (NL), she has been an artist in residence at Van Dyke Academy (NL) and was included in the Emerging Artists Program at the German short film festival (DE). Her work has been exhibited at Goethe-Institute, Beijing (CH), Kunsthal Rotterdam (NL), Kunstverein Leipzig (DE), Nottingham Contemporary (UK) Kunstmuseum Bonn (DE) and Kunsthalle Basel (CH). She lives and works in Berlin.