Bill Woodrow and Richard Deacon have been making sculptures together for over thirty years. This new exhibition is the first to showcase sculptures made throughout this period, drawing from the bodies of work they have created. 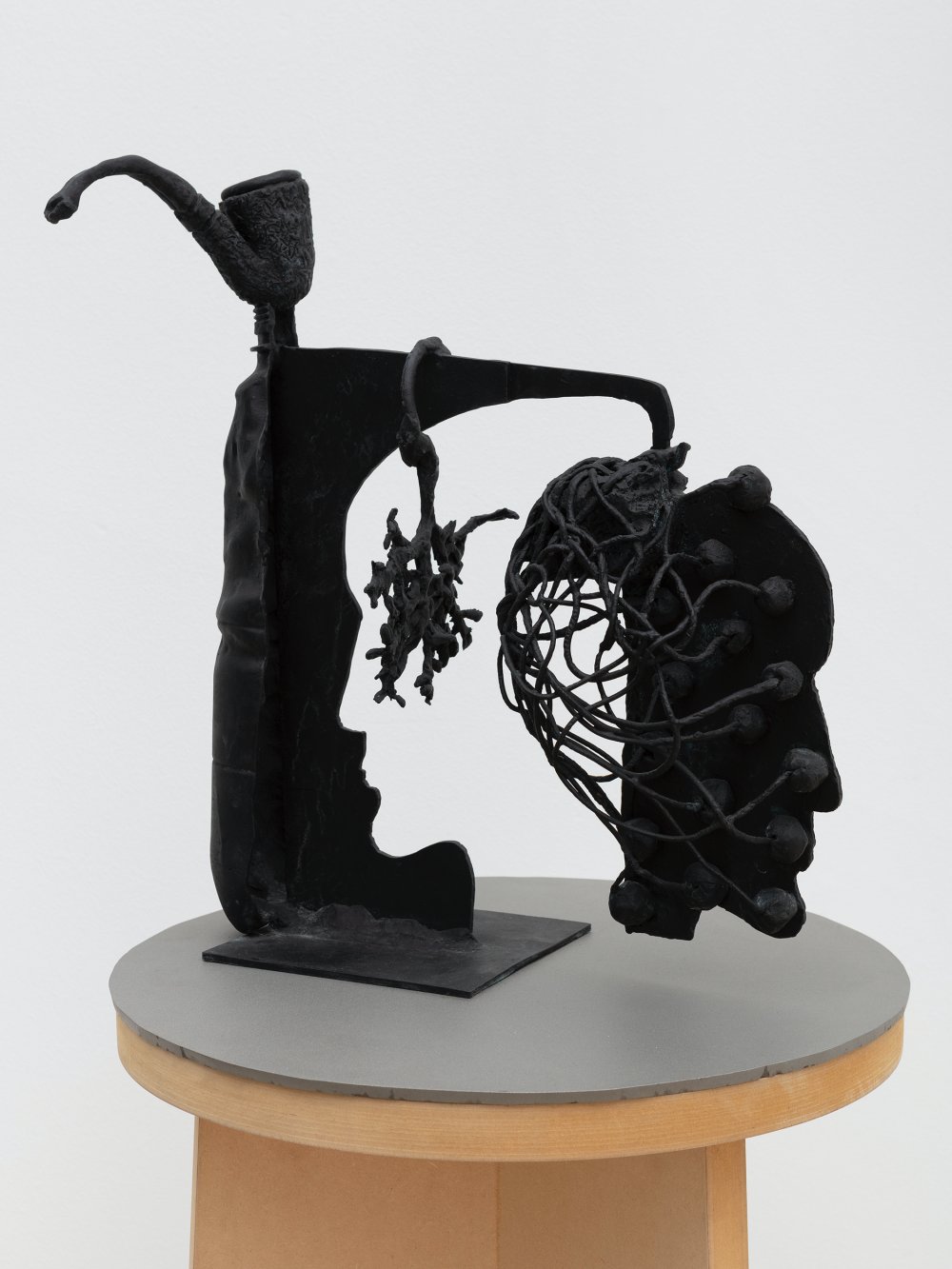 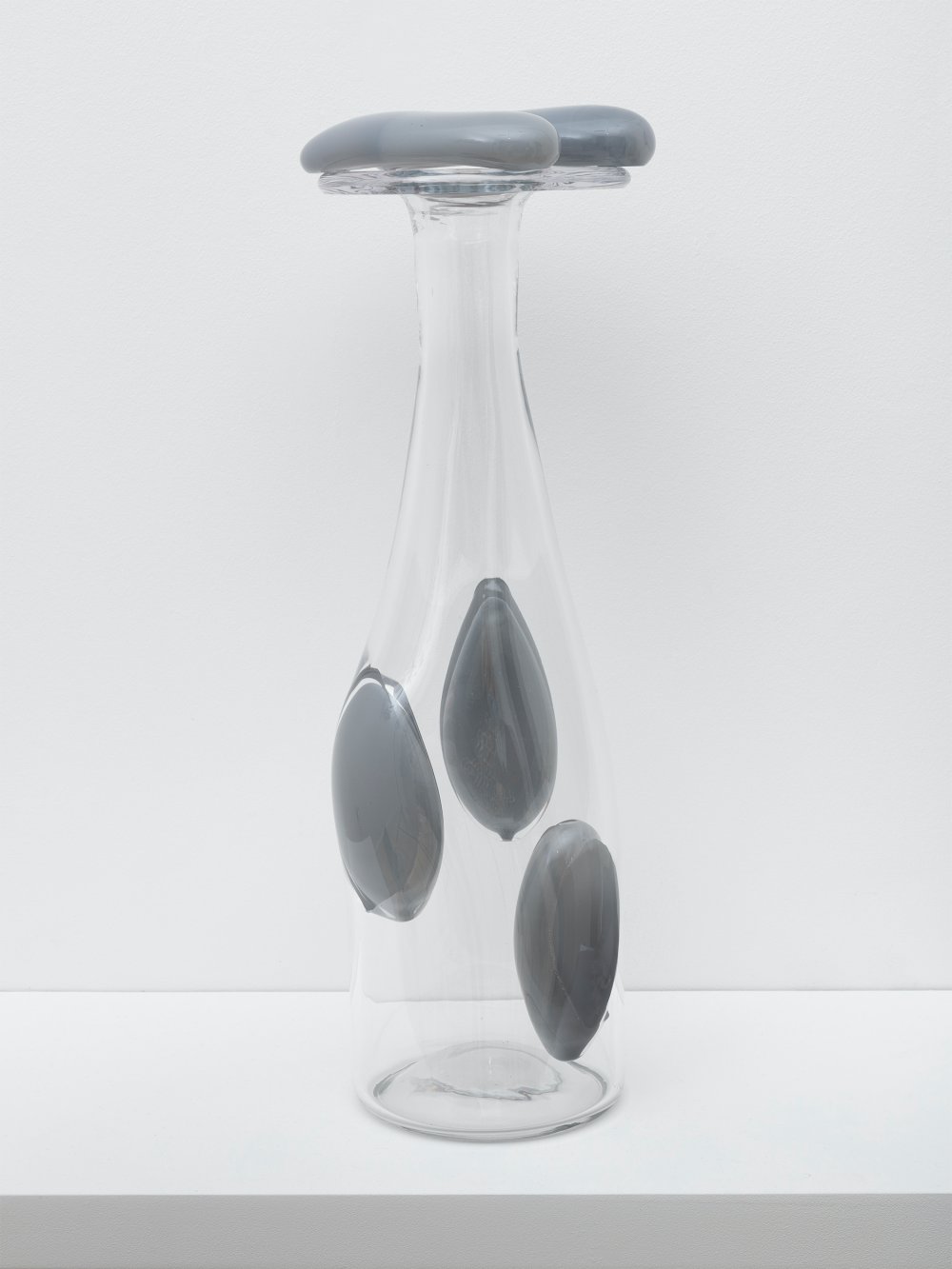 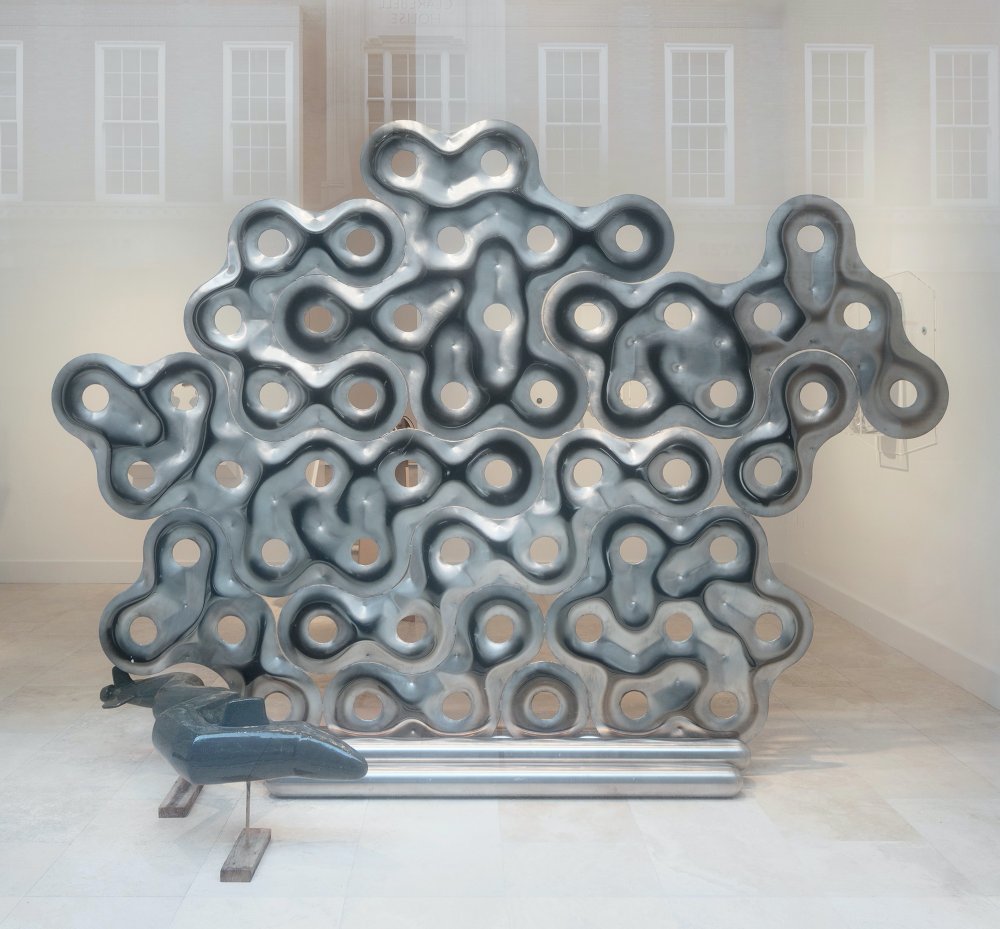 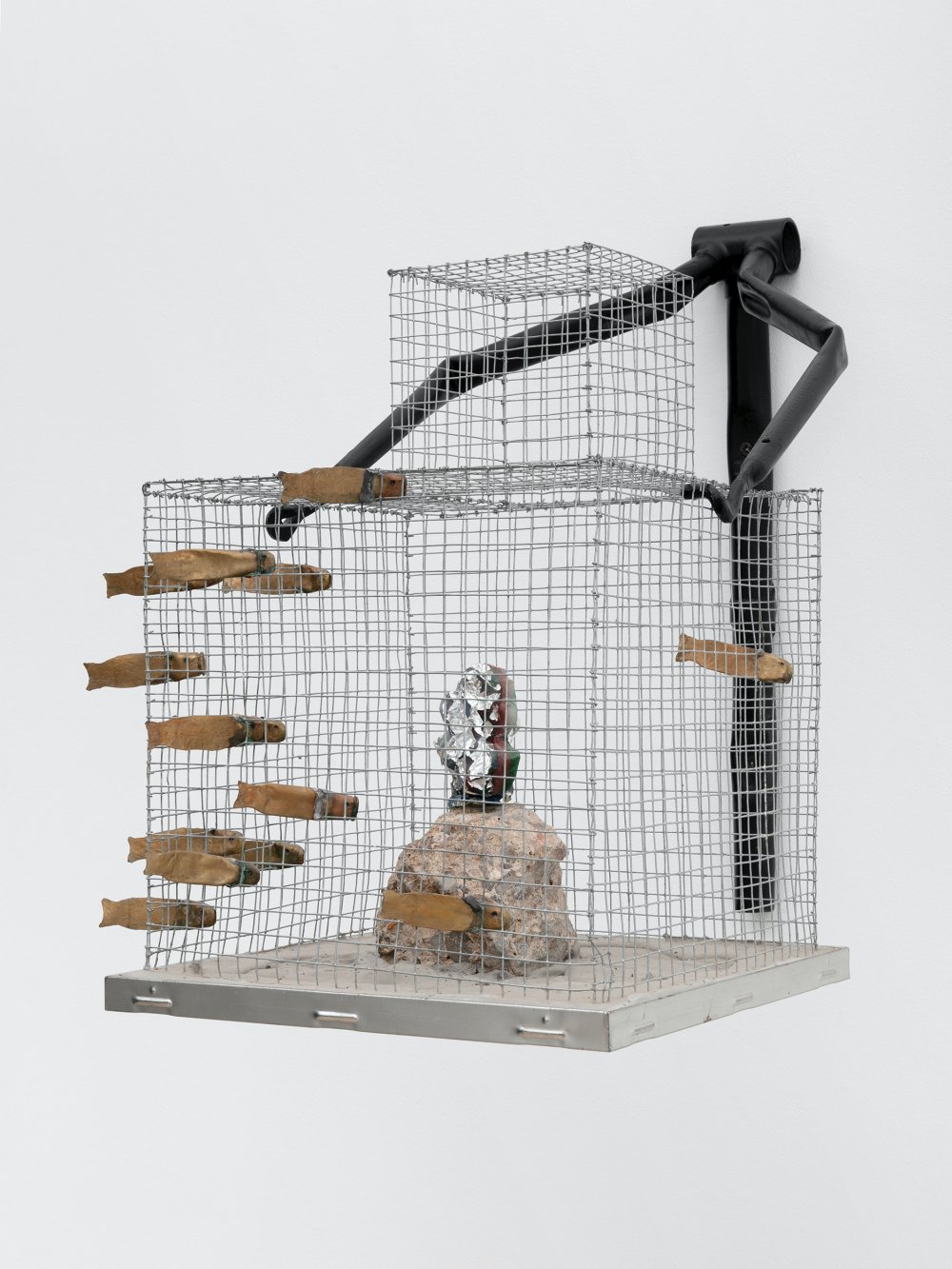 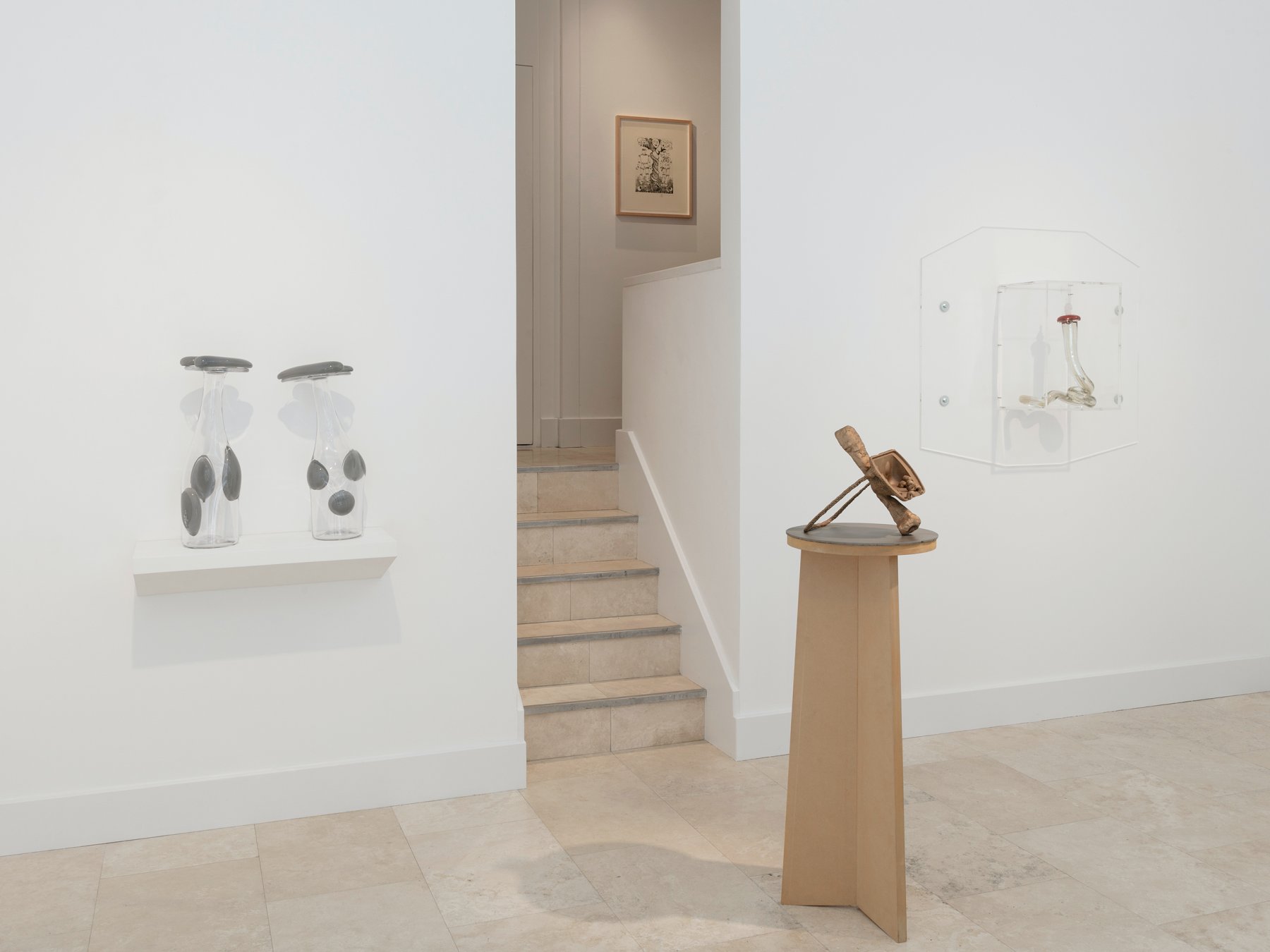 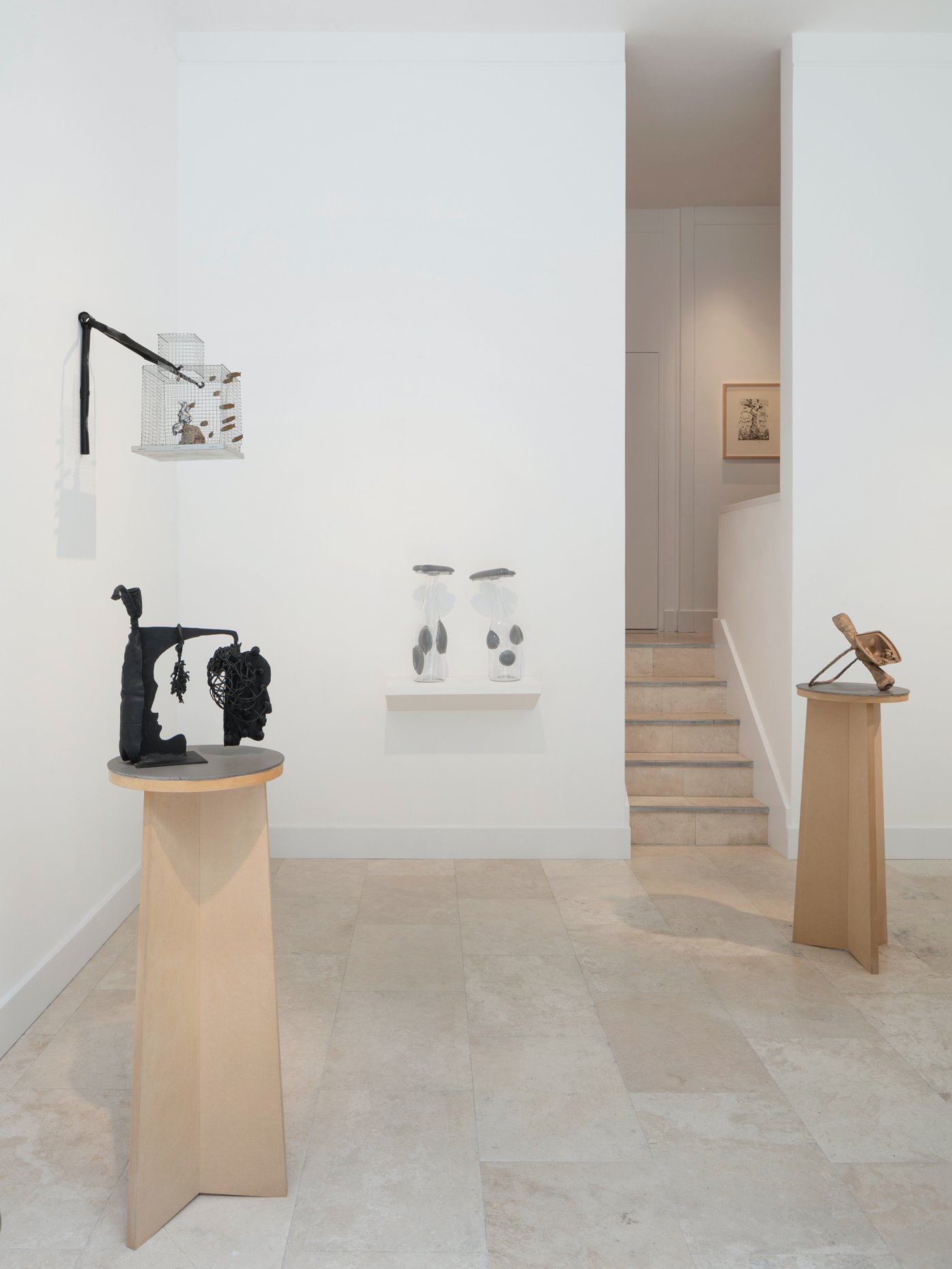 They call these works ‘shared sculptures’: a testimony to the joint authorship and responsibility both artists have for them. Friendship is important too and these sculptures are shared adventures that they both commit to together. Often playful, the works take the artists in surprising directions outside their individual practices, whilst also operating within the frameworks of particular materials and themes.

Woodrow and Deacon made their first shared sculpture in 1990, a work called ‘Democratic Process’, and have since gone on to make over sixty sculptures together. These form bodies of works which have been variously shown in exhibitions: Only the Lonely (1993), FIAC (1999), Lead Astray (2004), On the Rocks (2008) and Don’t Start (2016). The exhibitions have taken place in Britain and abroad, including Belgium, Germany and Portugal.

Woodrow and Deacon both came into view in the early 1980s as part of a talented group of artists that would soon become known as the ‘New British Sculptors’ and which included Tony Cragg, Antony Gormley, Edward Allington and Anish Kapoor. It was a generation that reacted to the aesthetics of American minimalism, reintroducing narrative and drawing upon a broad range of materials and objects, often found and recycled, for their sculpture. Woodrow and Deacon’s shared sculptures continue the spirit of such endeavors, taking them into new artistic terrain, outside the logic of the individual artist’s oeuvre.

A text by Dr Jon Wood will accompany the show.

Ikon Gallery in Birmingham will show Woodrow/Deacon We Thought About It A Lot and other shared drawings in December 2021.

Bill Woodrow (b. 1949)
Following his first institutional solo exhibition in 1972 at the Whitechapel Gallery, London, Woodrow went on to represent Britain at Biennales in Sydney (1982), Paris (1982, 1985) and São Paulo (1983). He was shortlisted for the Turner Prize in 1986 and participated in Documenta 8, Kassel in 1987. He was elected a Royal Academician in 2002 and had a major retrospective at the Royal Academy of Arts, London in 2013. His sculpture, Celloswarm (2002), was included in the Frieze London 2019 Sculpture Park. A similar piece, Clockswarm (2001), was on view in The Box at Pippy Houldsworth Gallery concurrently.

Richard Deacon (b. 1949)
Richard Deacon’s work was the subject of a large-scale survey at Tate Britain in early 2014. In 2015/16 a ten-year survey – On The Other Side – toured to museums in Switzerland, Azerbaijan and Germany. A collected edition of his writings, So, If, And, But was published in English and in German in 2014. In 2016 The Folkwang Musem in Essen, Germany mounted a full retrospective of his drawings and prints Richard Deacon Drawings and Prints 1968 – 2016 with a substantial accompanying catalogue.
In 2017 San Diego Museum of Fine Art showed What You See Is What You Get a survey of Deacon’s work drawn mainly from American collections. The same year there were solo exhibitions at the Middelheim Museum in Antwerp (Never Mind ), at the City Art Gallery in Prague (Free Assembly) and at the Kunsthalle Vogelmann in Heilbronn (About Time). In 2018 Deacon made a first solo show at the Beijing Commune Gallery in Beijing. Large scale permanent public works have been commissioned in many countries from New Zealand to the USA and throughout Europe. One of the first of these was Once Upon A Time, 1990, on the abutment of the old Redheugh Bridge in Gateshead. The most recent commissions are in Beijing and in Tokyo and, in partnership with the artist Mrdjan Bajić, a pedestrian bridge and major sculpture in Belgrade.

He continues to write about other artists, most recently on the Portuguese sculptor Rui Sanches.

Since 1990 he has worked in partnership with Bill Woodrow and made a considerable body of ‘shared sculptures’ and, more recently, works on paper. These were first shown at Chisenhale Gallery (Only The Lonely & other shared sculptures 1993) and different bodies of work have been exhibited since.

Richard Deacon was awarded the Turner Prize in 1987, elected to the Royal Academy in 1998 and to the Akademie der Kunste in Berlin in 2010.
He is represented by various galleries including Lisson Gallery in London, Marian Goodman Gallery in New York, Galerie Ropac in Paris and Salzburg and Galerie Schulte in Berlin.