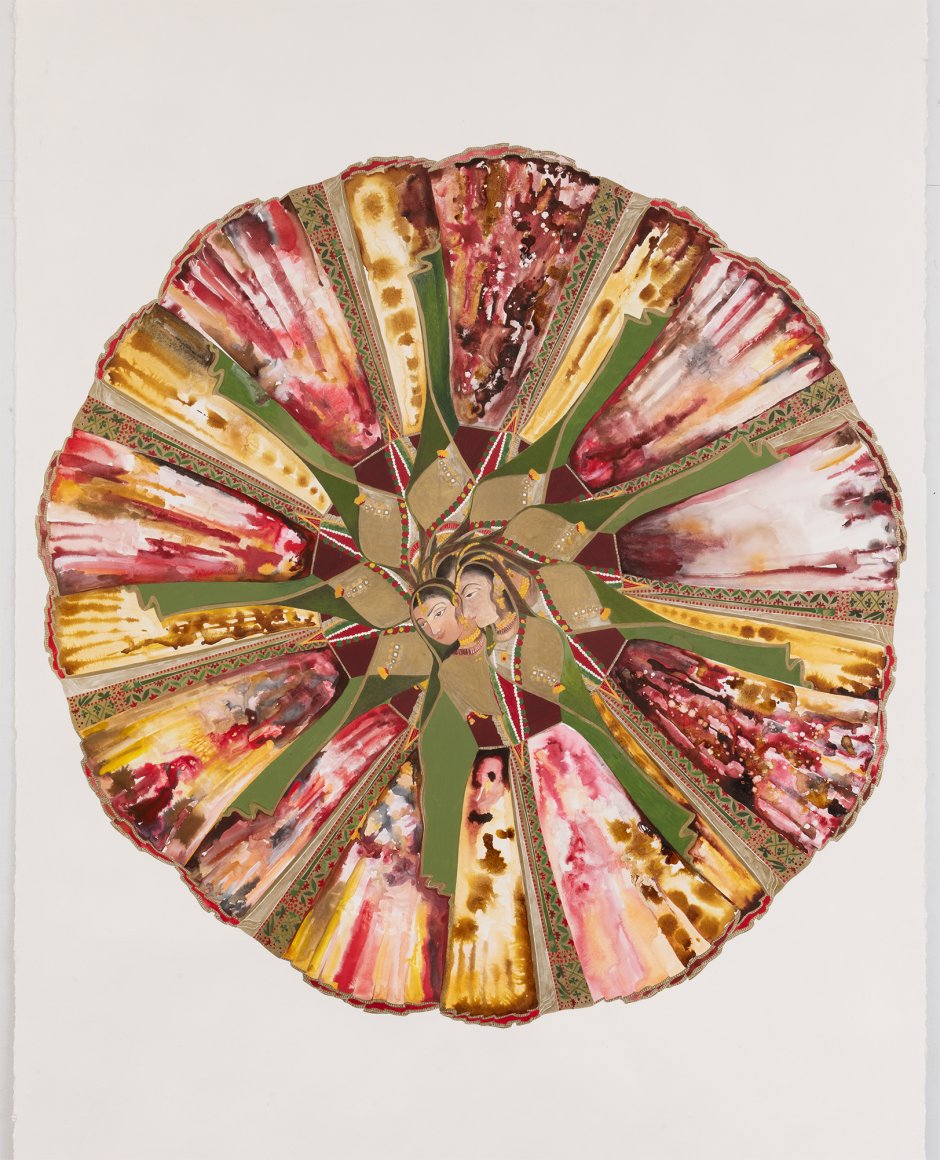 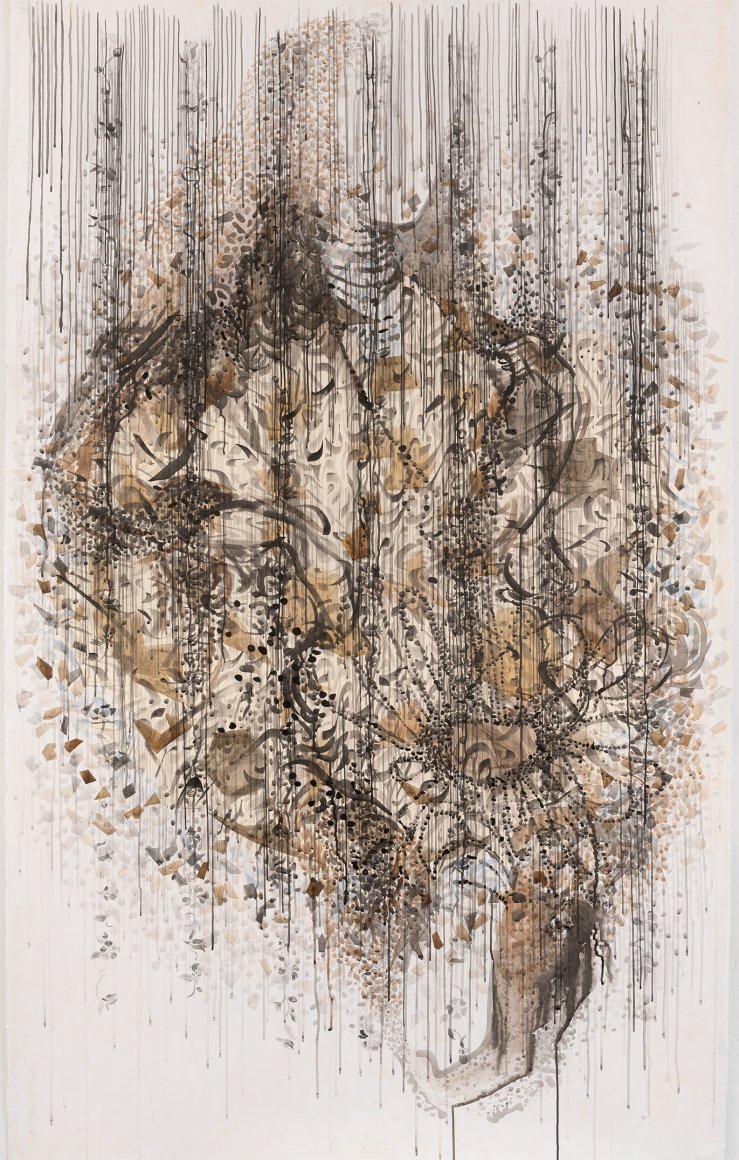 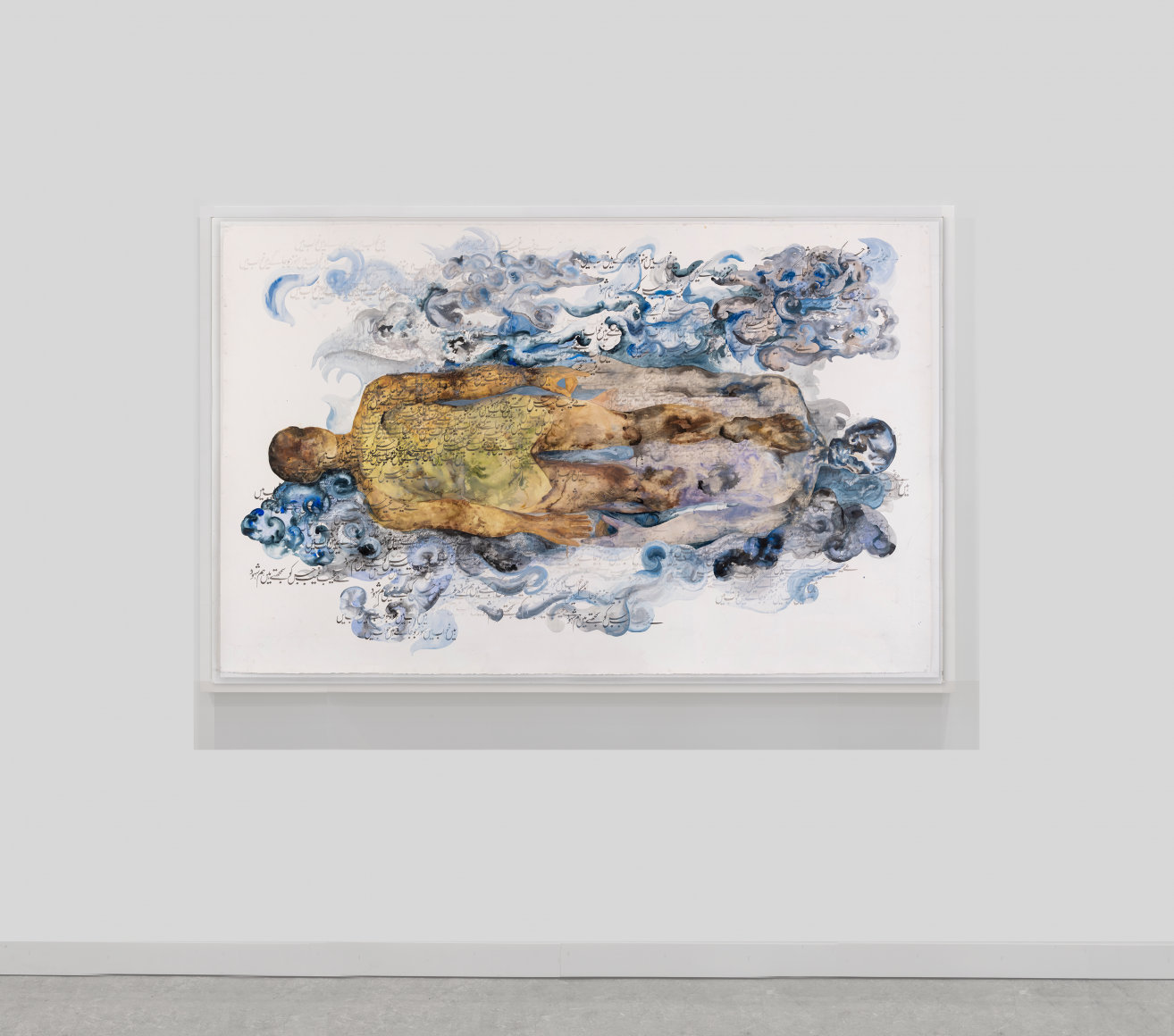 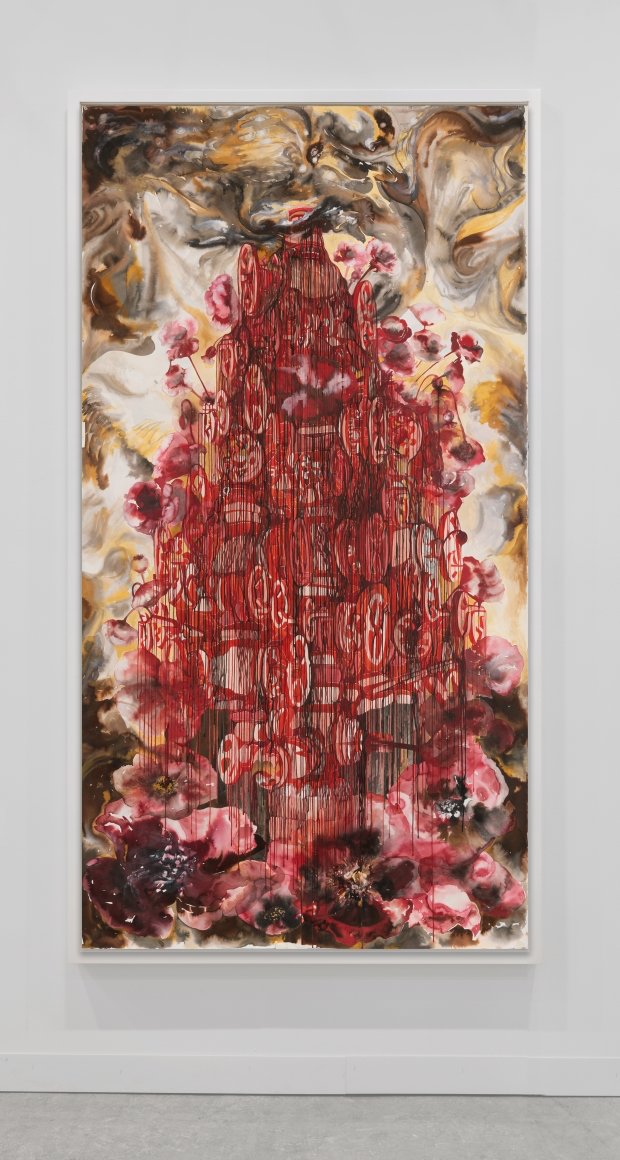 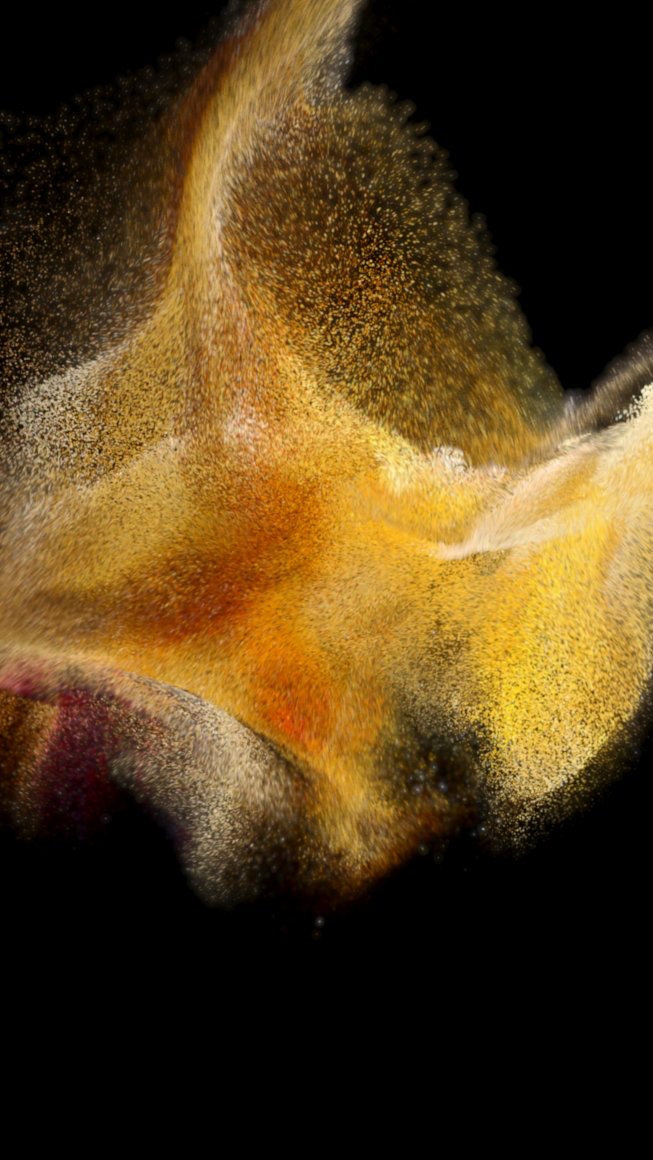 HD video animation with sound; Music by Du Yun; Animation by Patrick O'Rourke
4 min 16 sec
Edition of 7 with 2 APs. The work is accompanied by a signed certificate of authenticity 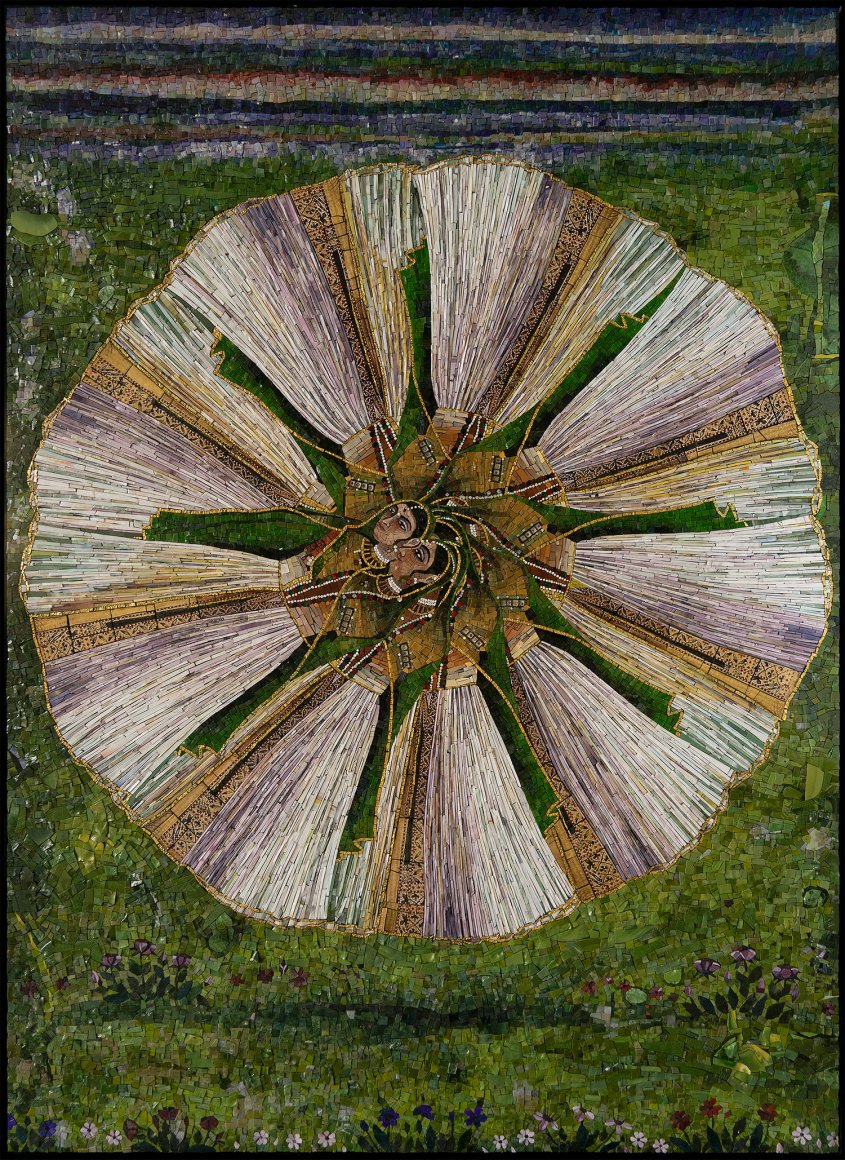 Glass mosaic with patinated brass frame
84 x 62 inches (213.4 x 157.5 cm)
Edition of 5 with 2 APs. The work is accompanied by a signed certificate of authenticity 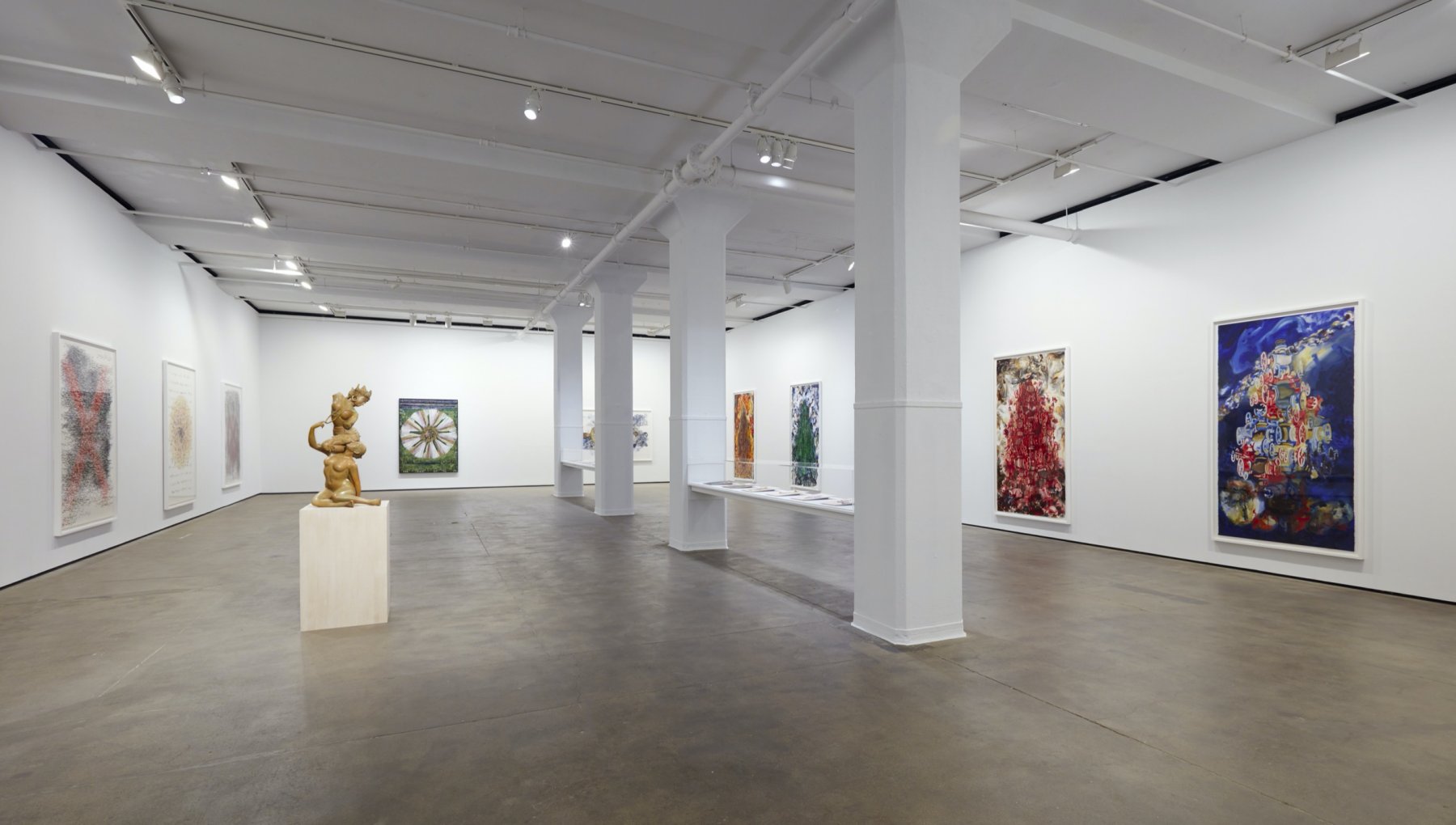 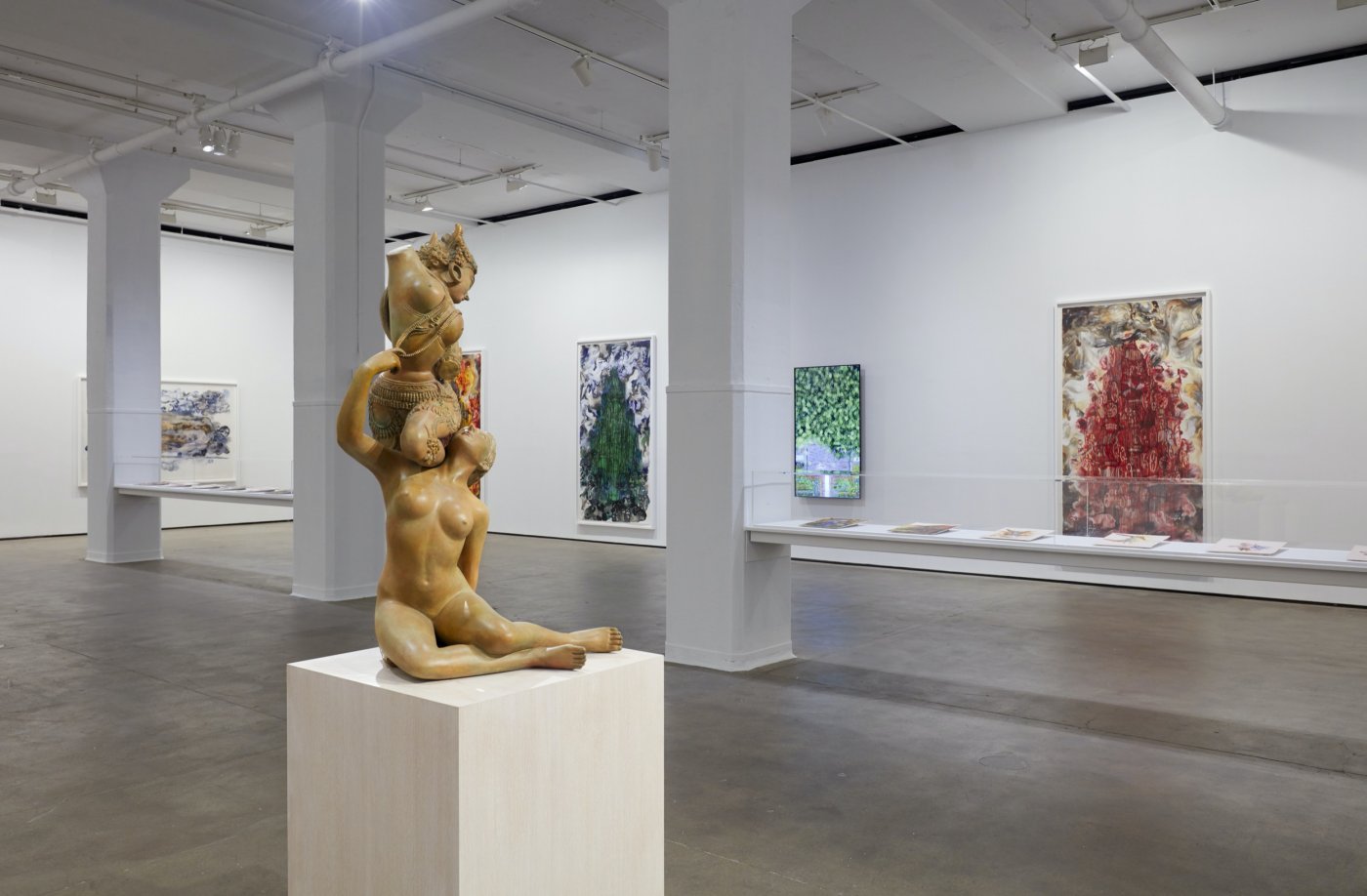 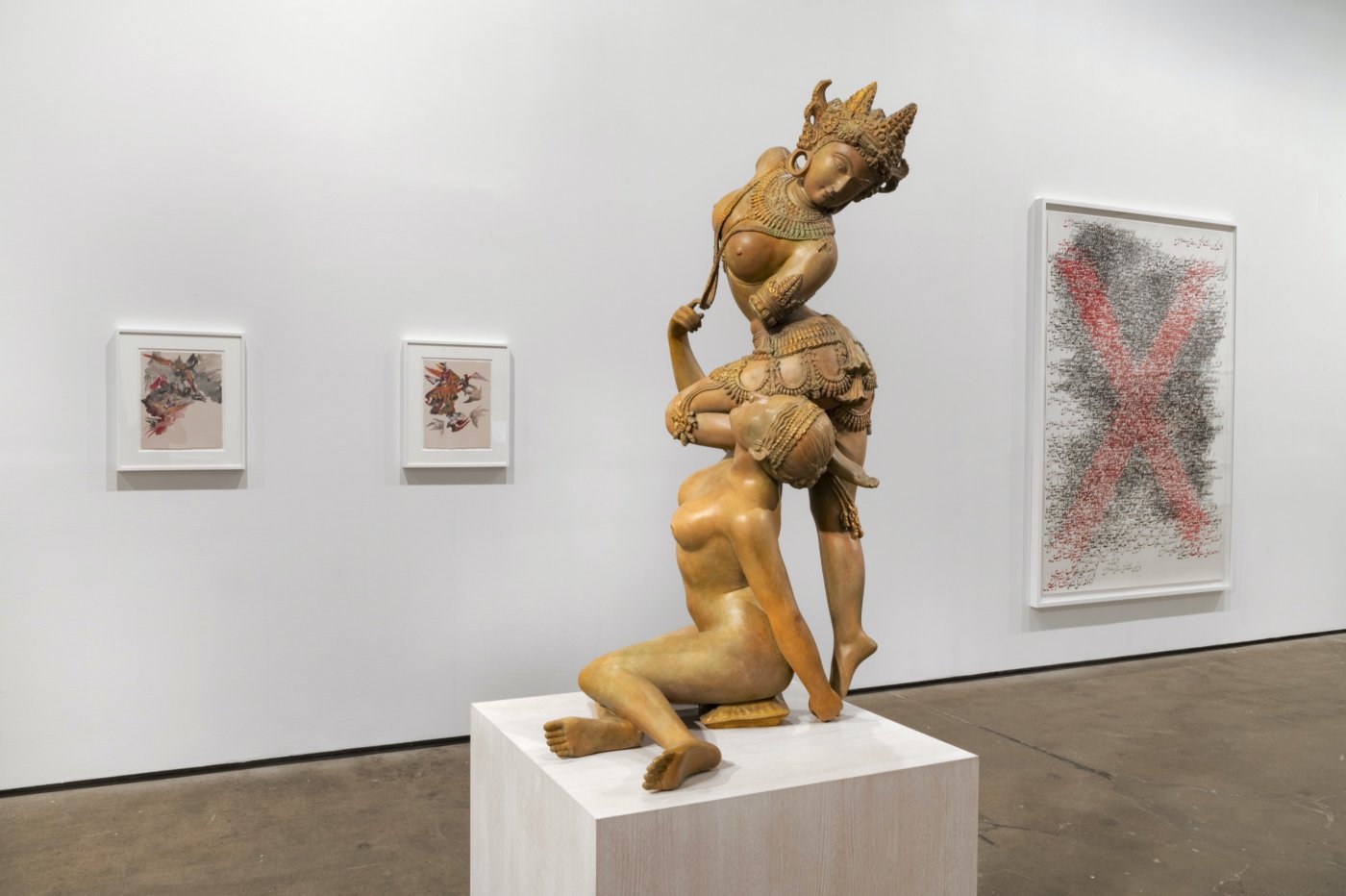 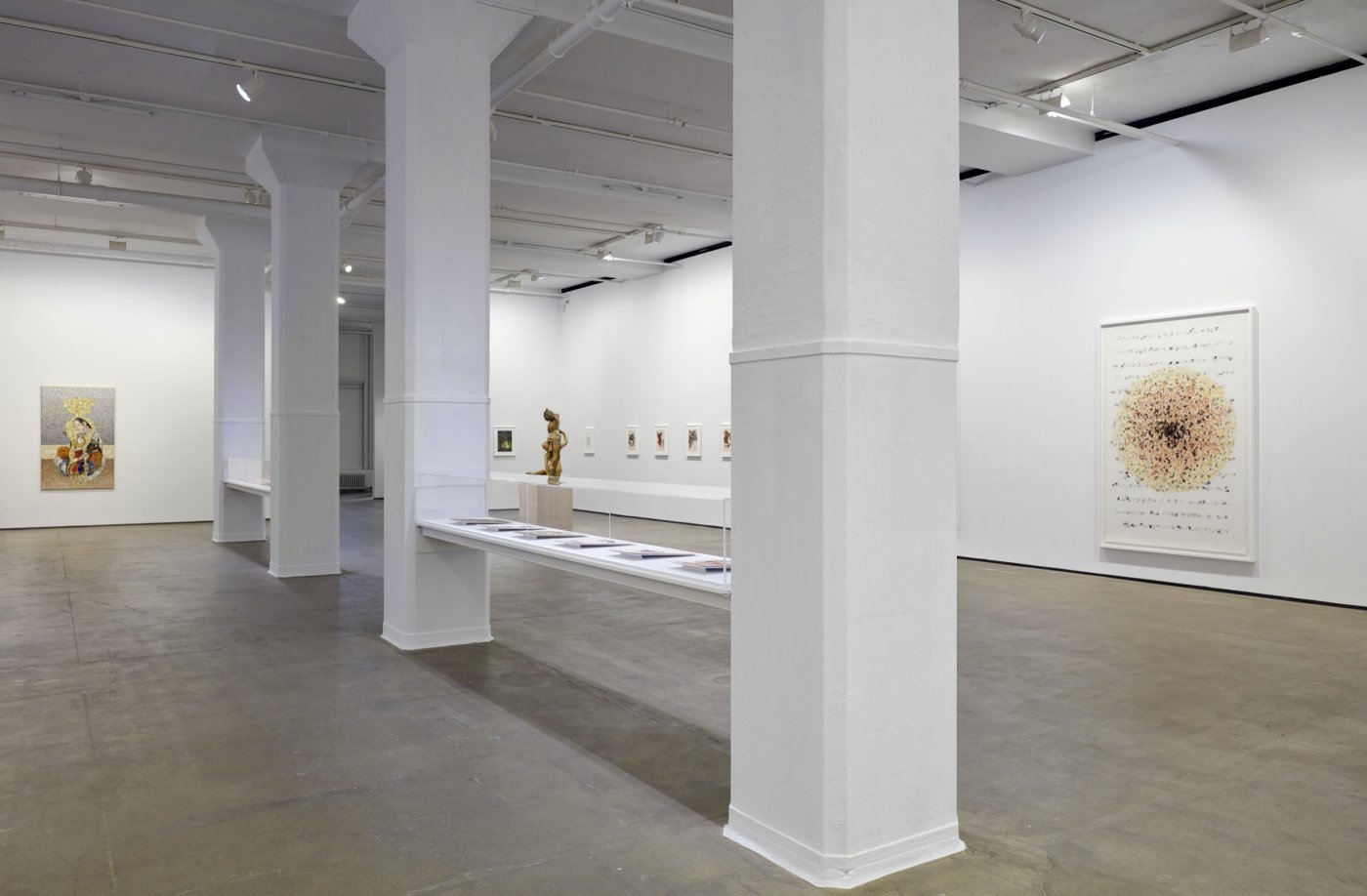 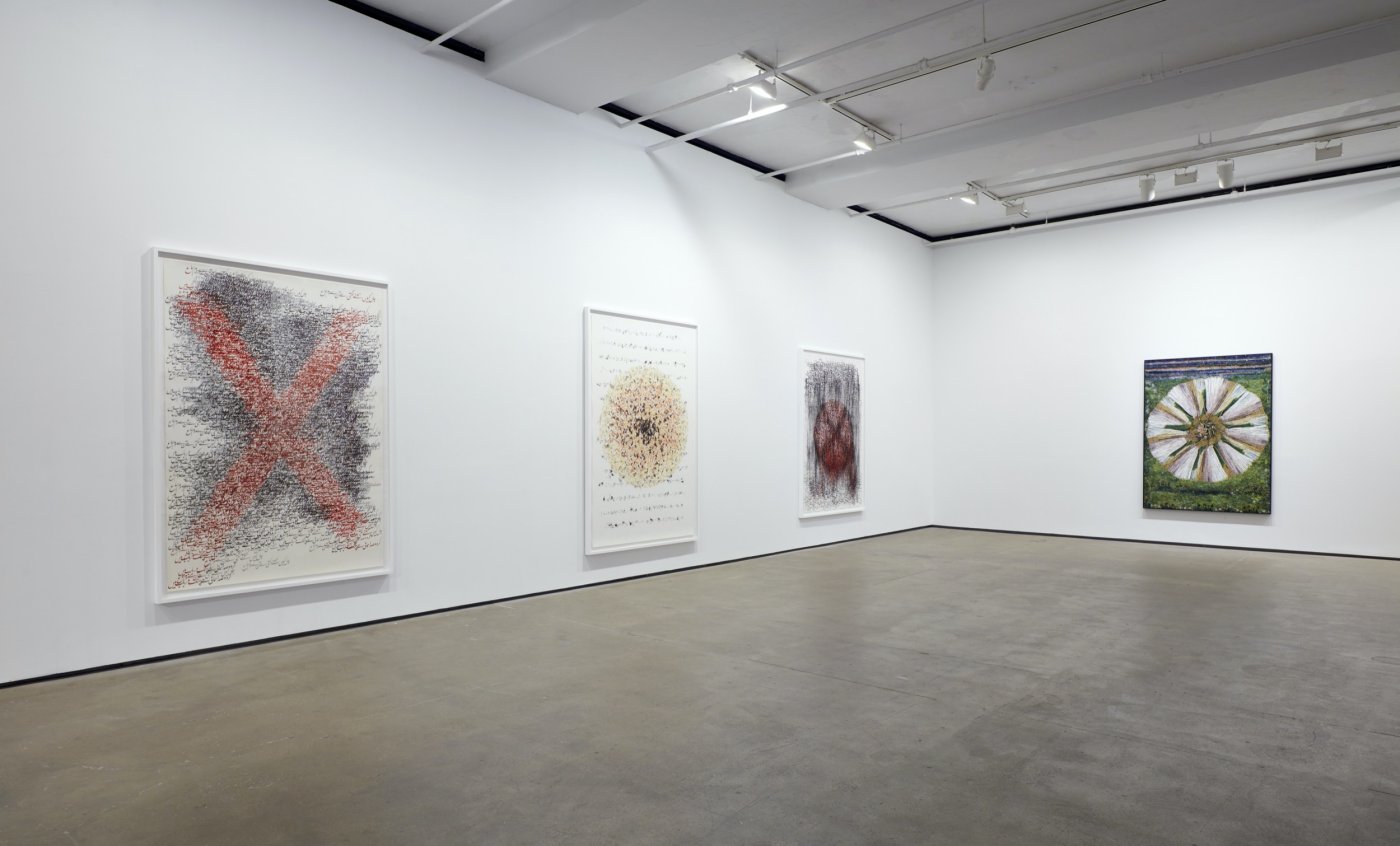 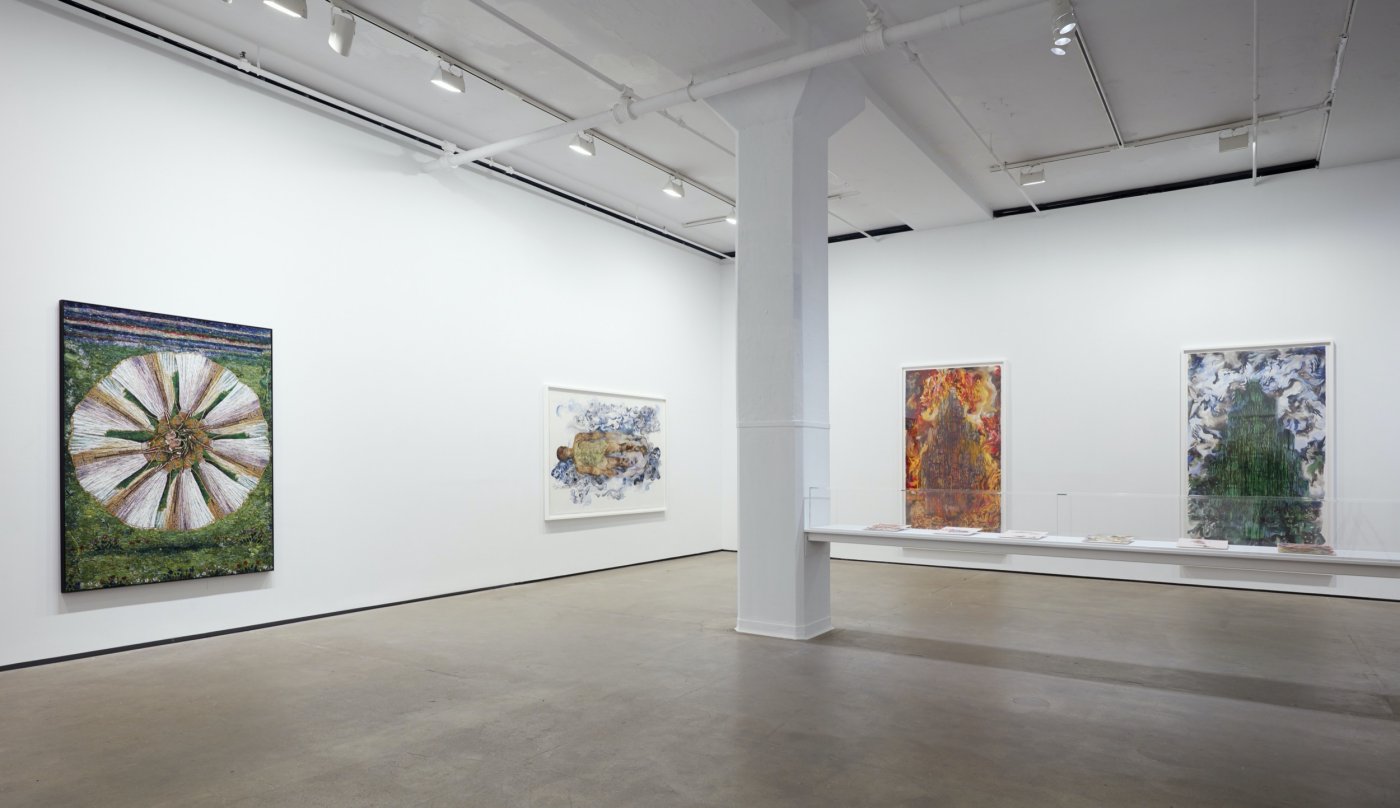 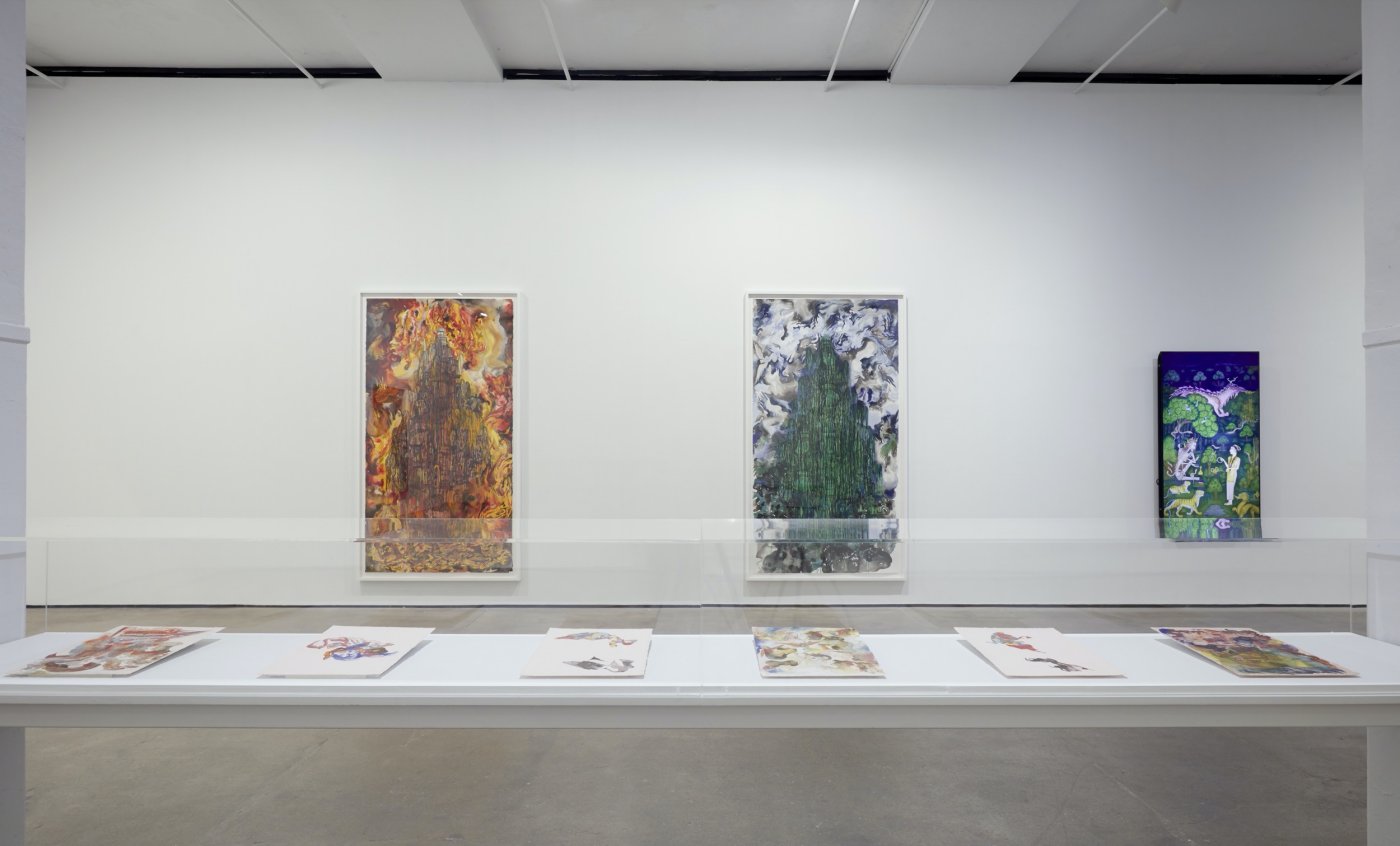 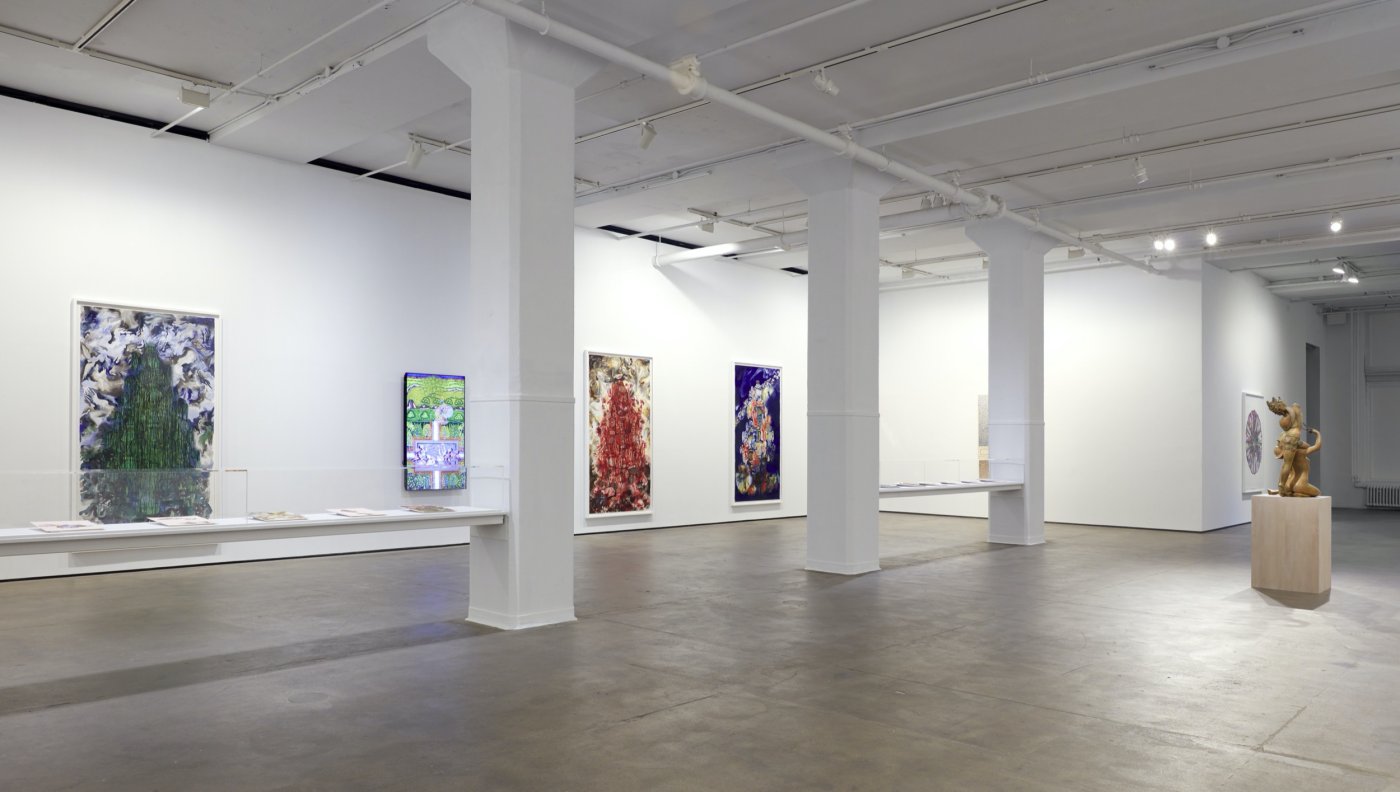 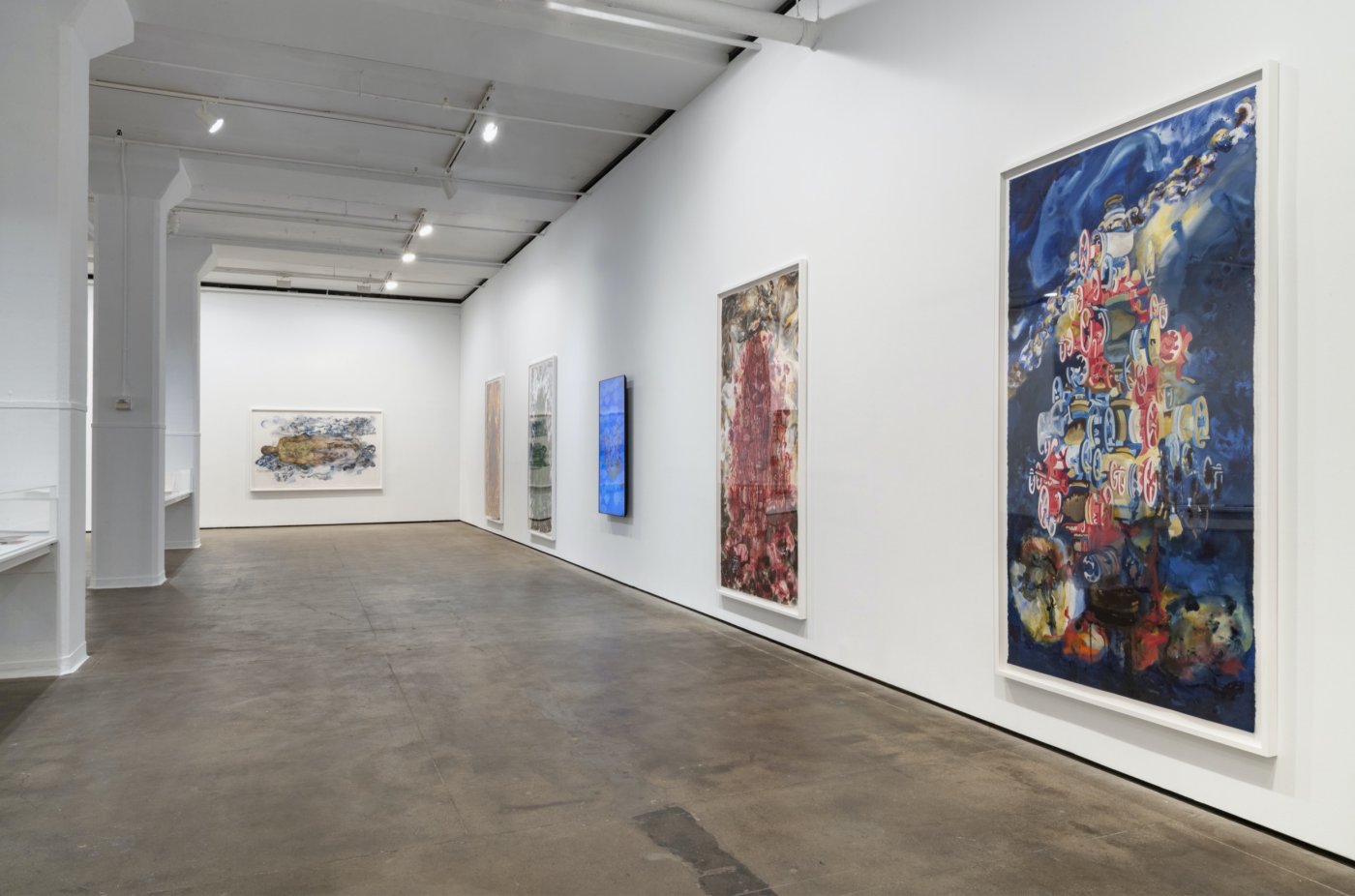 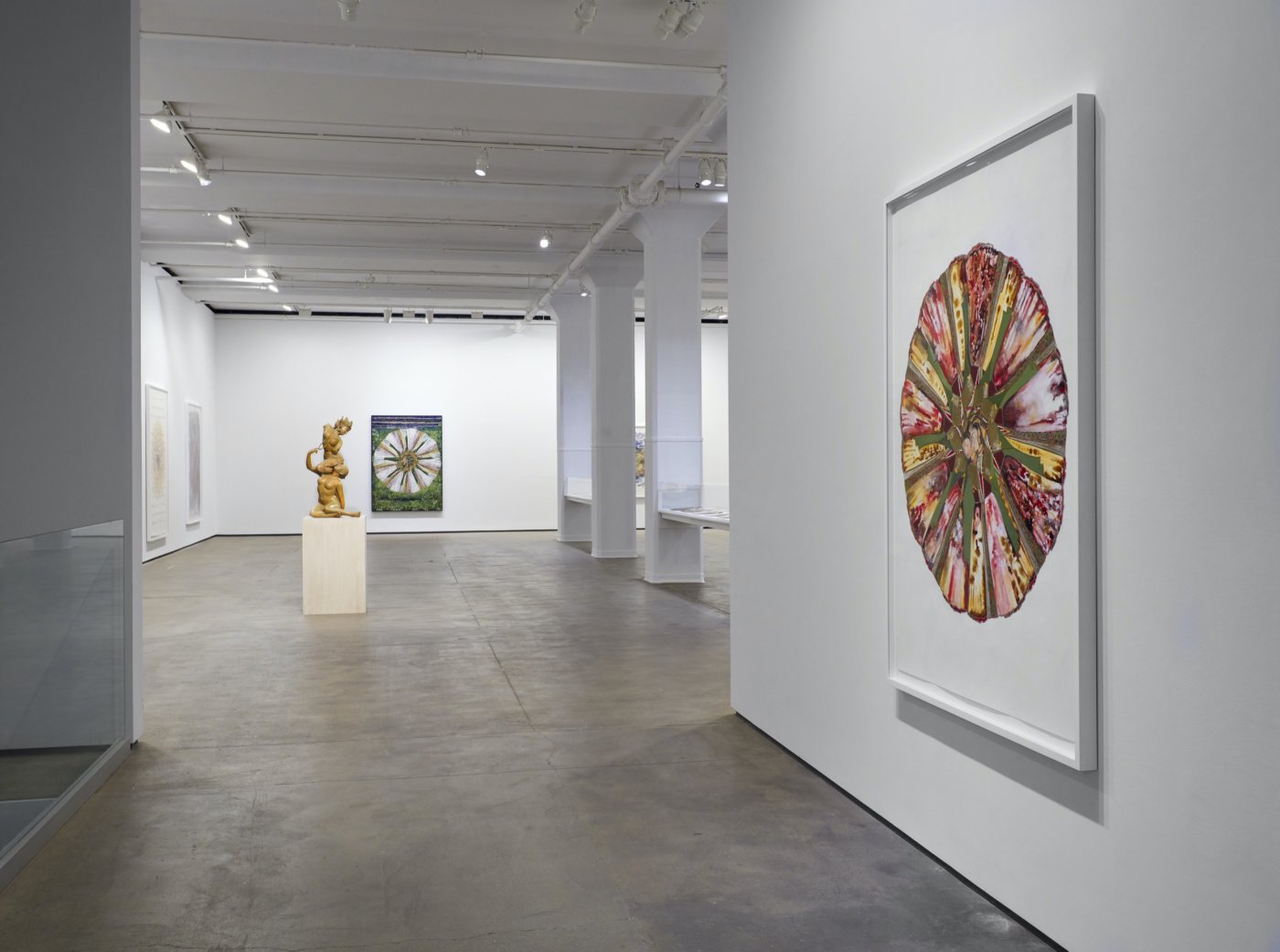 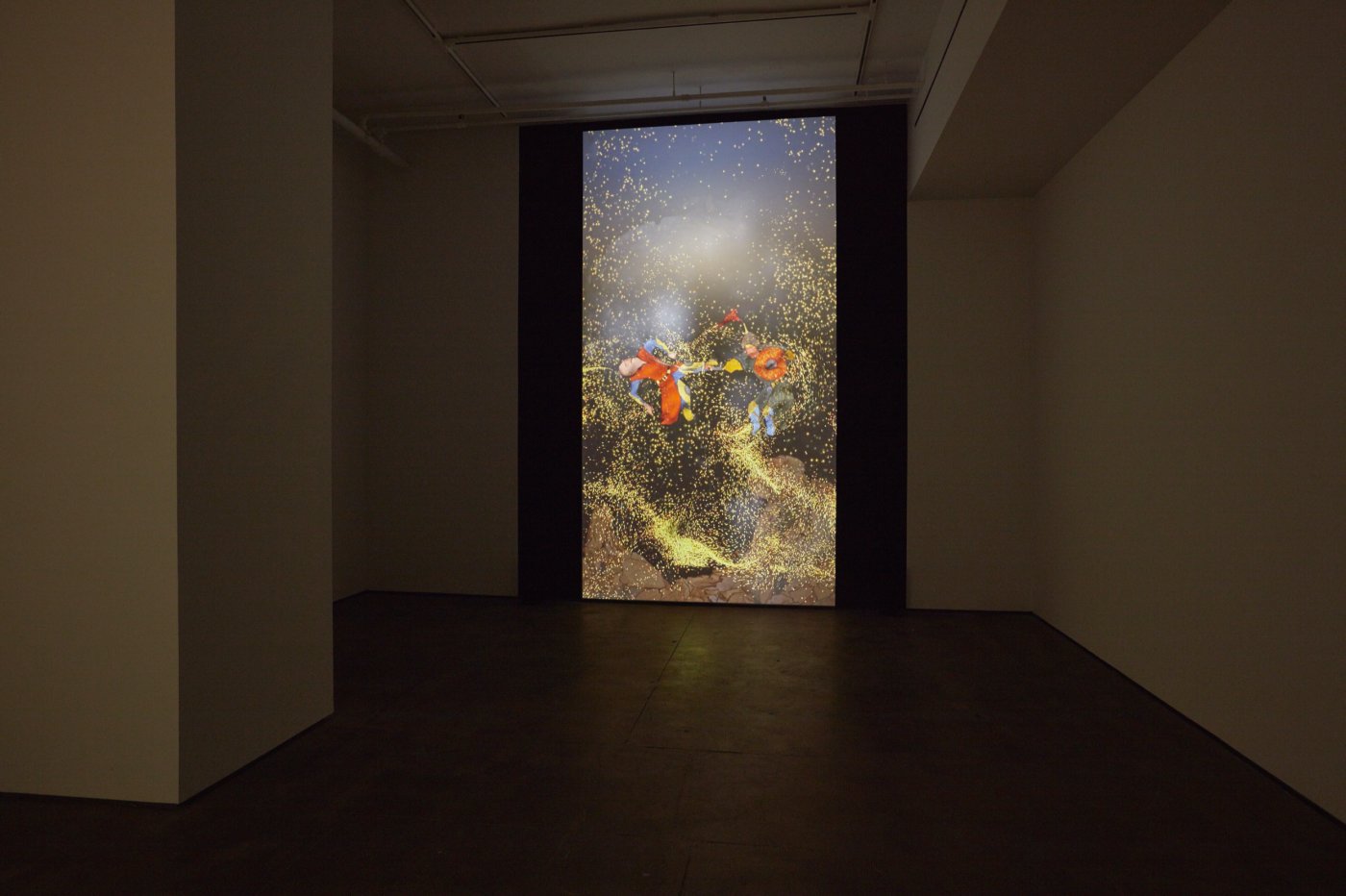 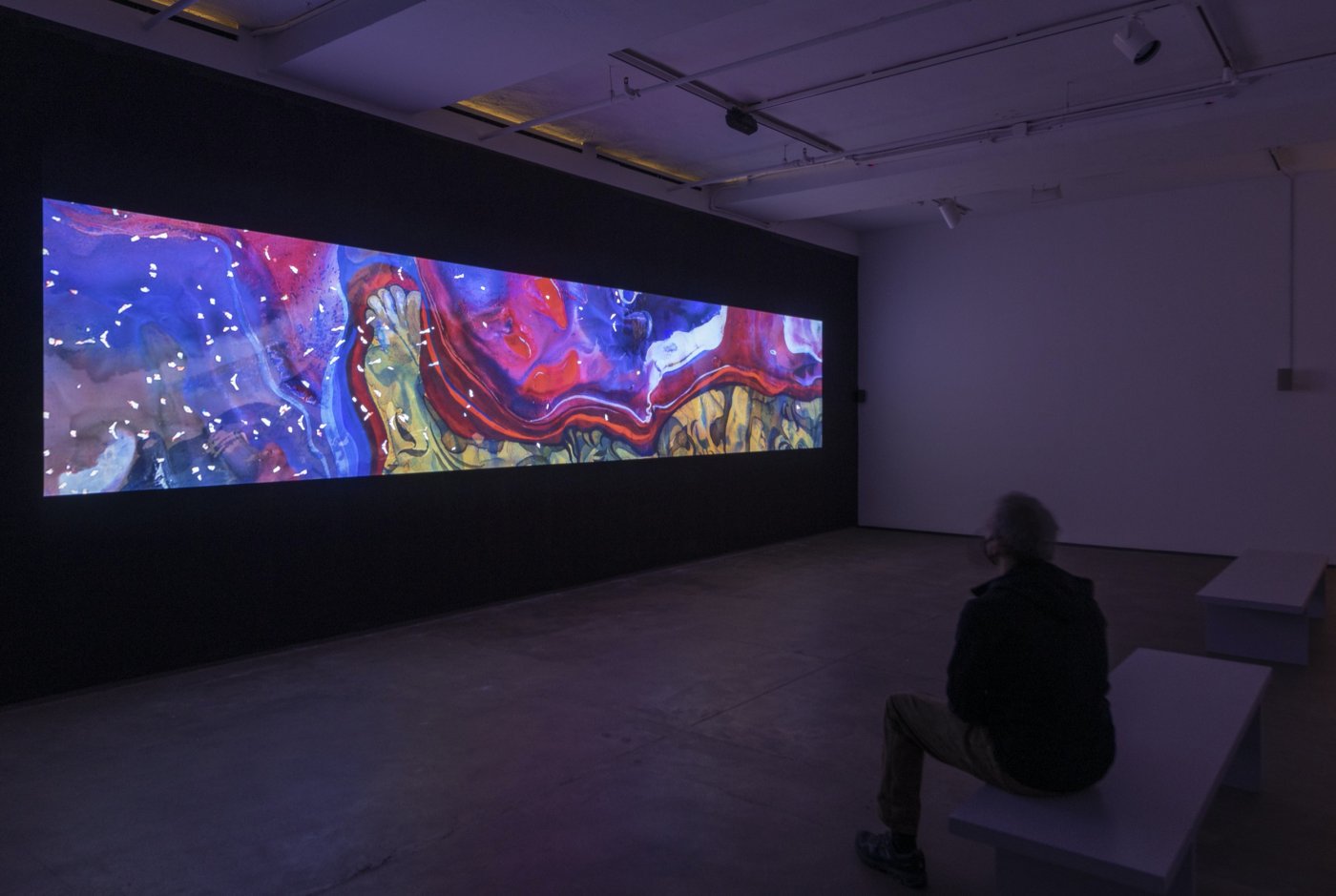 Shahzia Sikander takes classical Indo-Persian miniature painting as the point of departure for her work. From premodern beginnings to contemporary influences, it is precisely this historical continuum and its continuous capacity for reinvention that has sparked Sikander’s visually rich engagement in multiple media. The works in the exhibition explore tensions between power and powerlessness to present transformative ideas. Sikander’s interest in sociology, psychoanalysis, and the examination of how culture and society shape the imagination is all fodder for her work. The ways in which violence, systemic racism, class and cultural fears are deeply entrenched in media and political representations, be it the fear of the unknown, the migrant, the immigrant, the Muslim, the LGBTQ community, the ‘other’ and the various fault lines of race, class and gender also intersect within her work. In this tangled web, the extractive nature of capitalism appears to promise liberty and happiness, but too often bestows debt and despair. These ideas are all explored in her new series of paintings The Shroud, 2020 and Oil and Poppies, 2020, which emerged whilst the artist was researching symbols of extraction.

Sikander’s first major sculptural work, Promiscuous Intimacies, borrows its title from Gayatri Gopinath’s forthcoming essay on Sikander’s practice. This bronze sculpture, with its sinuous entanglement of a Greco-Roman Venus and an Indian Devata, explores in Gopinath’s words, “the promiscuous intimacies of multiple times, spaces, art historical traditions, bodies, desires, and subjectivities.” In their suggestive embrace, the intertwined female bodies bear the symbolic weight of communal identities from multiple geographic terrains. They evoke non-heteronormative desires that are often cast as foreign and inauthentic, and instead challenge the viewer to imagine a different present and future. The backward glance of the lower figure “demands that we understand ‘tradition,’ ‘culture,’ and ‘identity’ as impure, heterogenous, unstable, and always in process,” disrupting “taken-for- granted national, temporal, and art historical boundaries.”(1)

Presenting a comprehensive overview of Sikander’s films, the exhibition will feature three animations: Parallax, 2013, Disruption as Rapture, 2016, and her most recent film, Reckoning, 2020. The new film, made from multiple drawings, reveals the cyclical theme of struggle through kinetic forms. In it, Sikander considers the relationships between migrant- citizen, conflict-erosion, memory-myth, warfare-fatality, father-son, and human – nature. The musical score accompanying Reckoning is written by the inimitable composer Du Yun, awarded the Pulitzer in Music in 2017, and features the Pakistani singer Zeb Bangash. Du Yun and Sikander’s decade-long collaborations (including Parallax and Disruption as Rapture) span Shanghai, New York, Sharjah, Istanbul, Hong Kong and Pakistan and speak to their ‘creative intimacy,’ female agency and shared passion for finding common ground through multiple languages.

While questioning the very concept of national culture, Sikander provides deep aesthetic reflections on the history of colonialism, capitalism and the formation of racialized identities in the present. Our ecological condition is a mirror of social conditions: erosion of climate, borders, rising waters, rising heat, and displacement of bodies amongst others. All resources are gathered in the rubric of monetization: language, labor, human intelligence and human attention. Sikander reimagines the United States’ foundational claims of freedom and liberty, that were never applicable to all, by presenting overlapping diasporas and using art to imagine the possibilities of a more just and livable future. Sikander’s work is not about hybridity. It is not fusing cultures or aesthetics. The multiple juxtapositions reflecting gender, race, class, and language differences are arranged and rearranged to imagine visual forms that challenge fixed narratives and break binary thinking in all its forms. Sikander’s work is the antithesis of the fictions of purity and authentic national culture.

Sikander lives and works in New York City. Her innovative artistic practice led to her meteoric rise internationally in the mid-nineties with survey exhibitions at the Renaissance Society at the University of Chicago, 1998, the Kemper Museum of Contemporary Art 1998, the Hirshhorn Museum and Sculpture Garden 1999, and the Whitney Museum of American Art 2000. Sikander has had major solo exhibitions throughout the world, including most recently at the Asian Art Museum, San Francisco, 2017; the Aga Khan Museum, Toronto, 2017; MAXXI | Museo nazionale delle arti del XXI secolo, Rome 2016; the Asia Society Hong Kong Center, Hong Kong, 2016; the Guggenheim Museum, Bilbao 2015; the Smithsonian American Art Museum, Washington D.C. 2012; the Museum of Contemporary Art, Tokyo, 2010; the Irish Museum of Modern Art, Dublin, 2007; the Museum of Contemporary Art, Sydney, 2007; the Pérez Art Museum Miami, 2005; and at the San Diego Museum of Art, California, 2004 amongst others. Sikander has been invited to participate in significant international biennials such as the Lahore Biennale 01, Pakistan; the Karachi Biennale 17, Pakistan; the 6th Moscow Biennale of Contemporary Art, Manege, Russia; the 8th and 13th Istanbul Biennial, Turkey; the 5th Auckland Triennial, New Zealand; the Sharjah Biennale 11, Sharjah Art Foundation, UAE; the 54th and 51st International Art Exhibition of La Biennale di Venezia, Italy; and The Whitney Biennial, New York amongst others. In addition, she has been included in notable group exhibitions at institutions such as the National Museum of Modern and Contemporary Art, Seoul; Martin- Gropius-Bau, Berlin; the Museum of Modern Art, New York. Amongst the numerous awards, grants, and fellowships Sikander has received are the KB17 Karachi Biennale Shahneela and Farhan Faruqui Popular Choice Art Prize, 2017; the Religion and the Arts Award, 2016; the Asia Society Award for Significant Contribution to Contemporary Art, 2015; the National Medal of Arts Award presented by U.S. Secretary of State, Hillary Rodham Clinton, 2012; the John D. and Catherine T MacArthur Foundation Achievement ‘Genius’ award, 2006; and Tamgha-e-Imtiaz, the National Pride of Honor Award presented by the Pakistani Government.

Shahzia Sikander will be the subject of a traveling retrospective titled Shahzia Sikander: Extraordinary Realities. The exhibition will open at The Morgan Library, New York in June 2021 followed by the RISD Museum, Rhode Island in November 2021, and MFA Houston, Texas in Spring 2022. On the occasion of these exhibitions, there will be a major new monograph printed. Extraordinary Realities, is an exhaustive examination of Sikander’s work from 1987 to 2003, charting her early development as an artist in Lahore and the United States, and foregrounding her critical role in bringing miniature painting into dialogue with contemporary art. Edited by Jan Howard and Sadia Abbas, with contributions by Gayatri Gopinath, Faisal Devji, Kishwar Rizvi, Sadia Abbas, Jan Howard, Vasif Kortun, Dennis Congdon, Bashir Ahmed, Rick Lowe and Julie Mehretu.