“My main focus is on the endangered flora and fauna in our rainforests. In 2005 I visited a rainforest in Sri Lanka, which had become my muse for many of my shows. I could have shown the negative aspects of destruction, such as people and animals dying, but I try to do happy, positive paintings.”
– Senaka Senanayake

Grosvenor Gallery presents The Rainforest by Sri Lanka’s pre-eminent artist Senaka Senanayake. (b.1951). The exhibition features six new works by the artist which have been specially executed for the show. 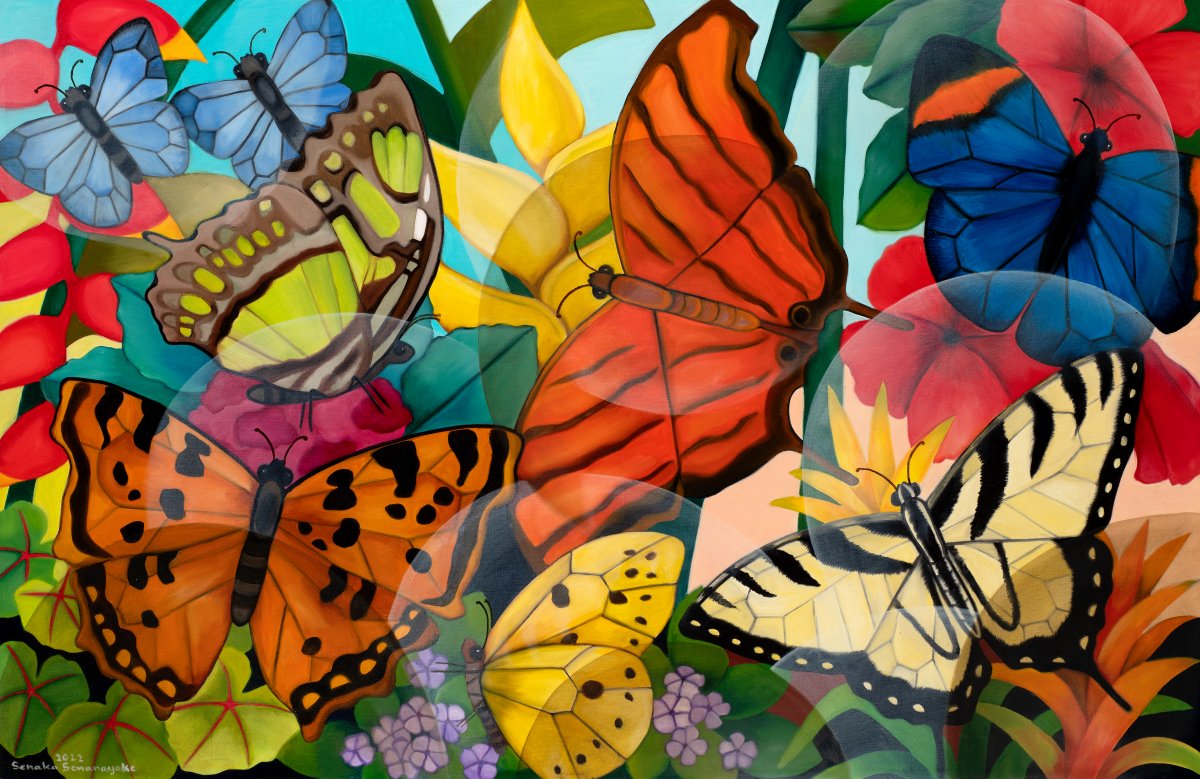 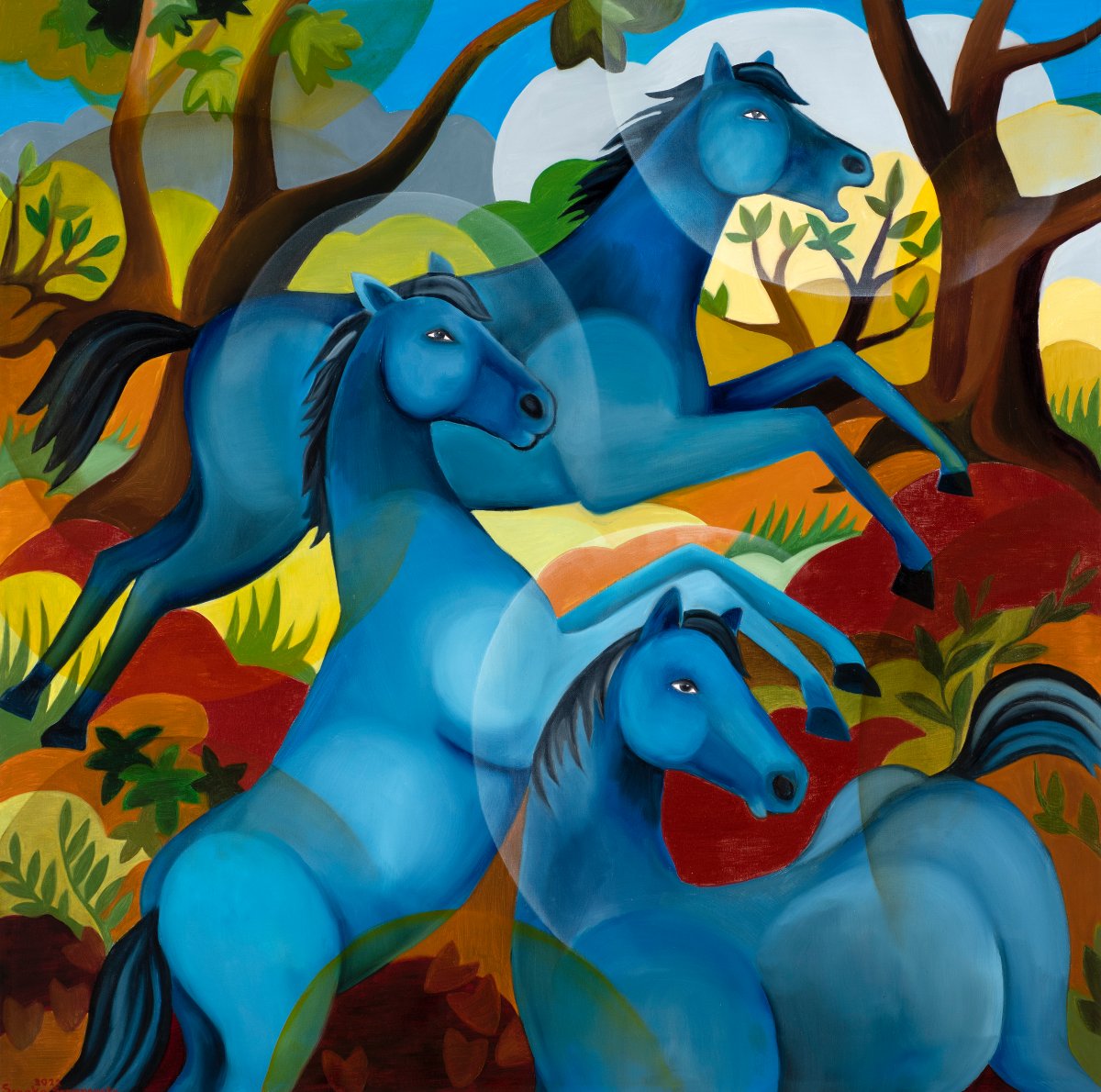 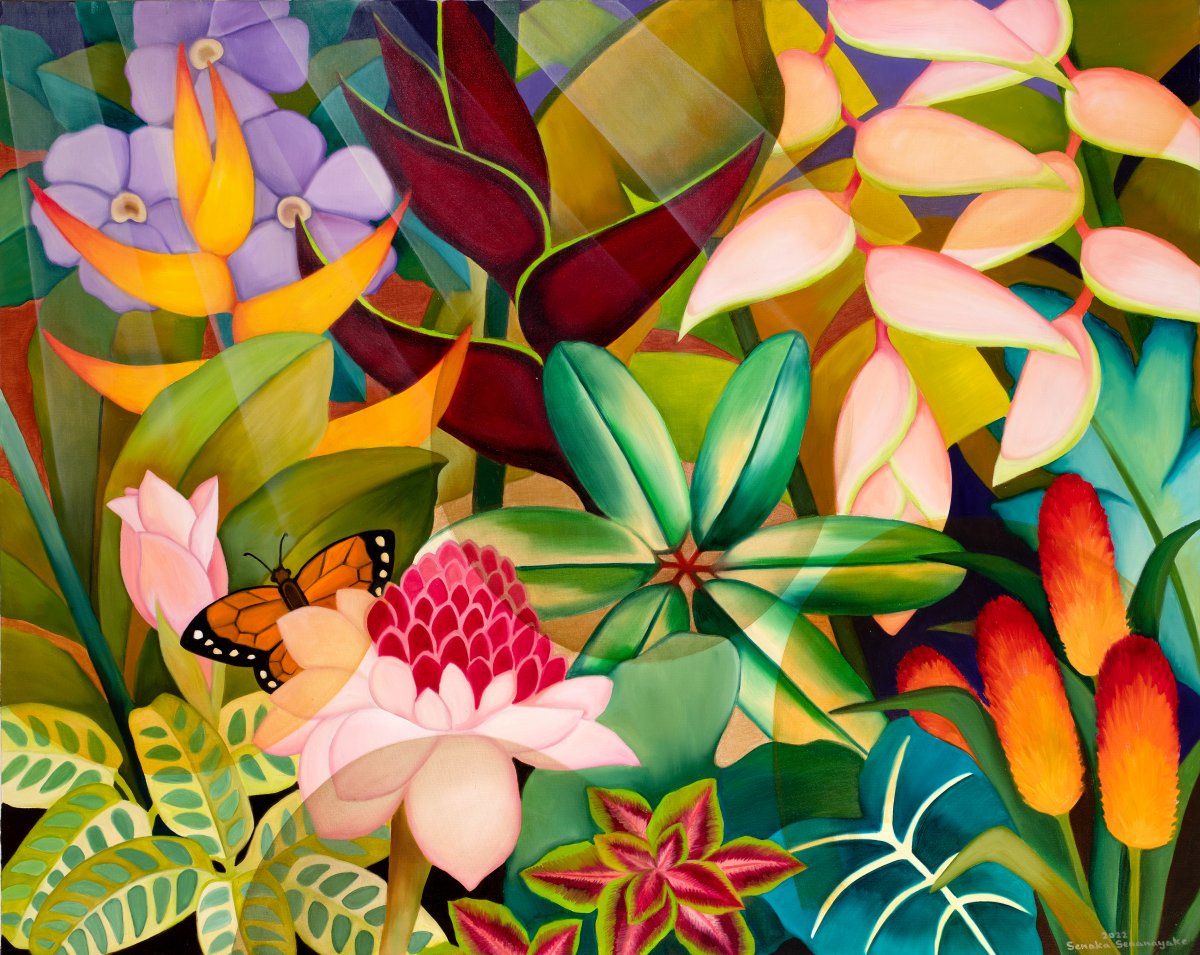 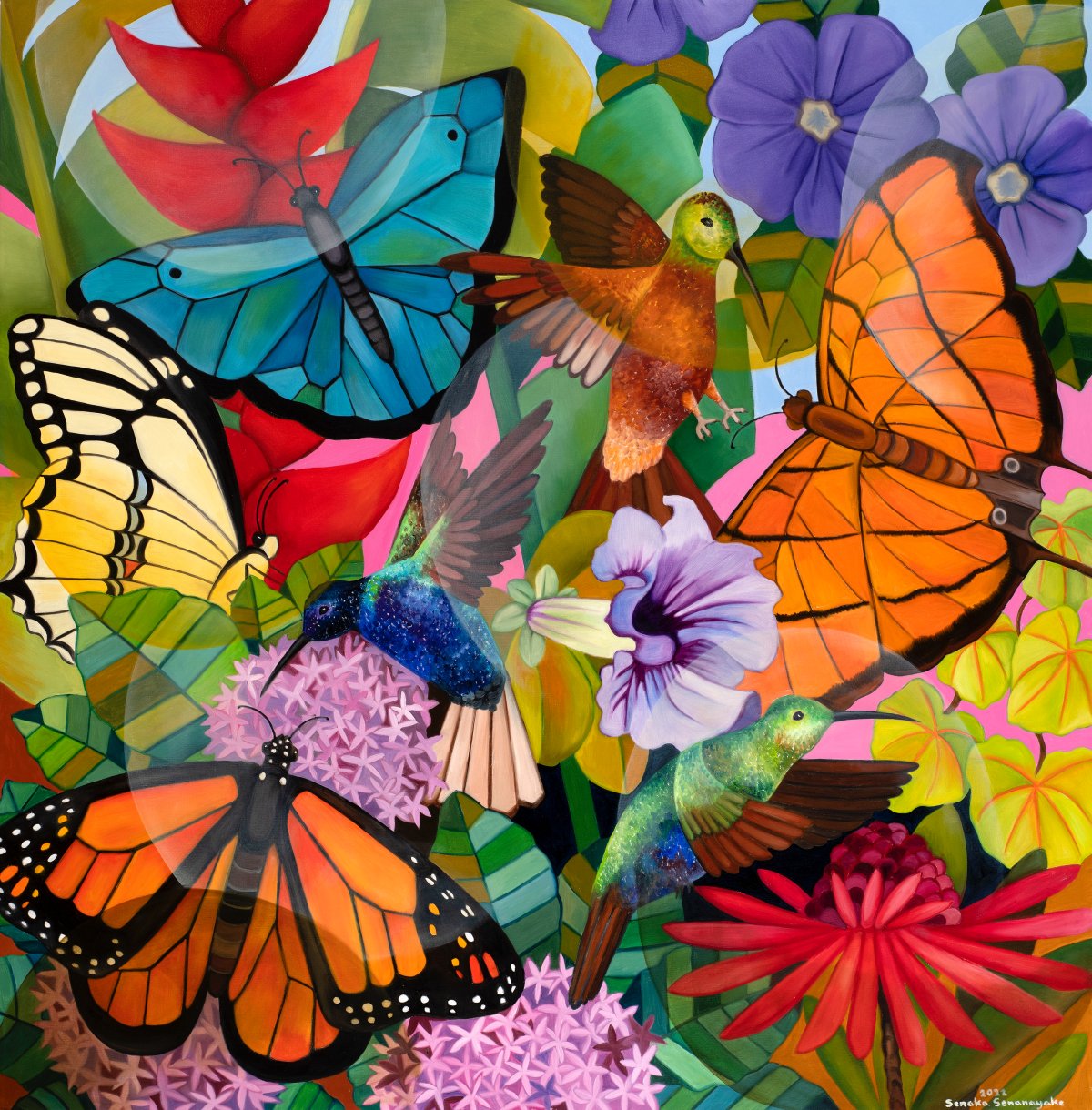 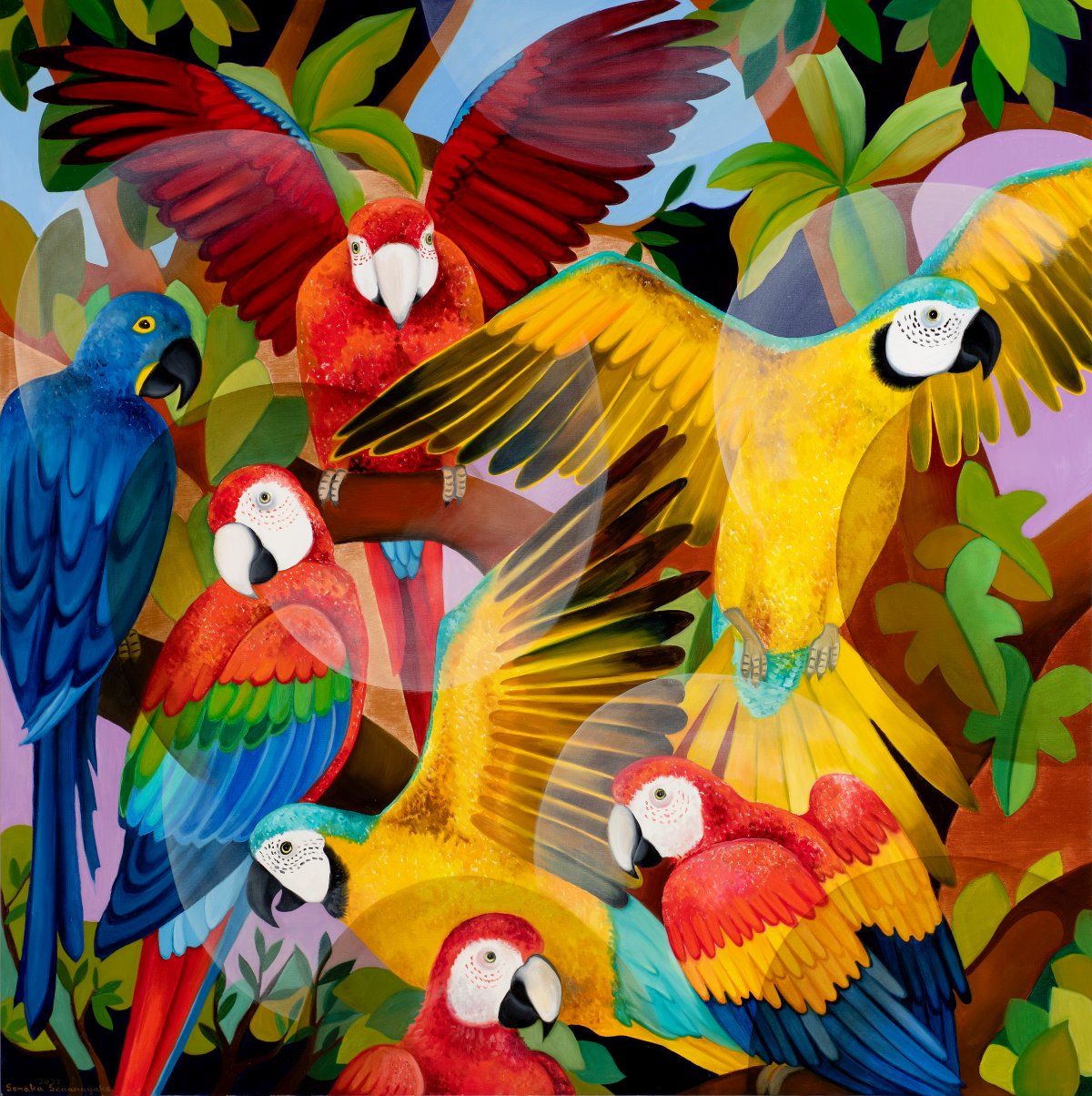 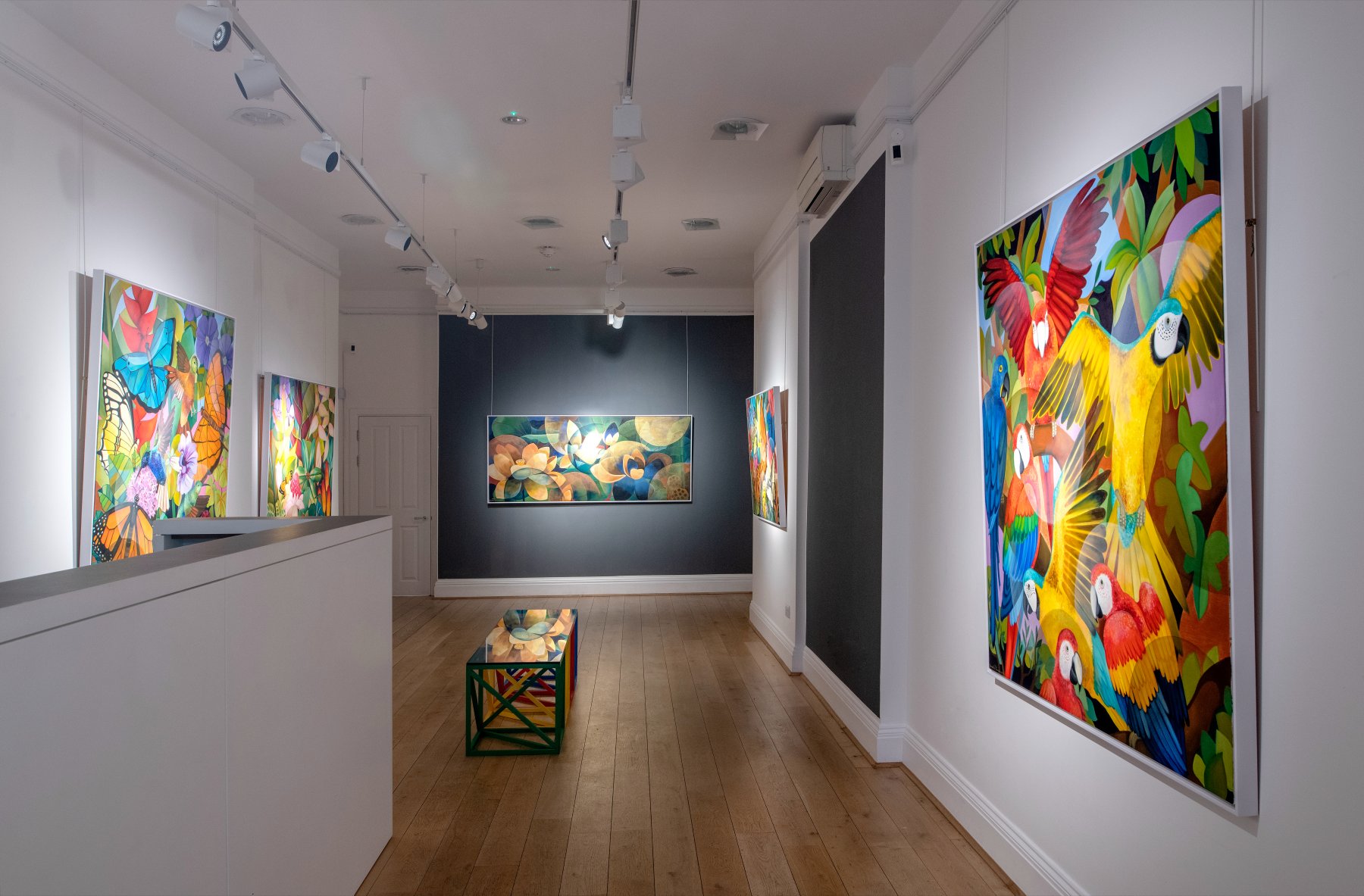 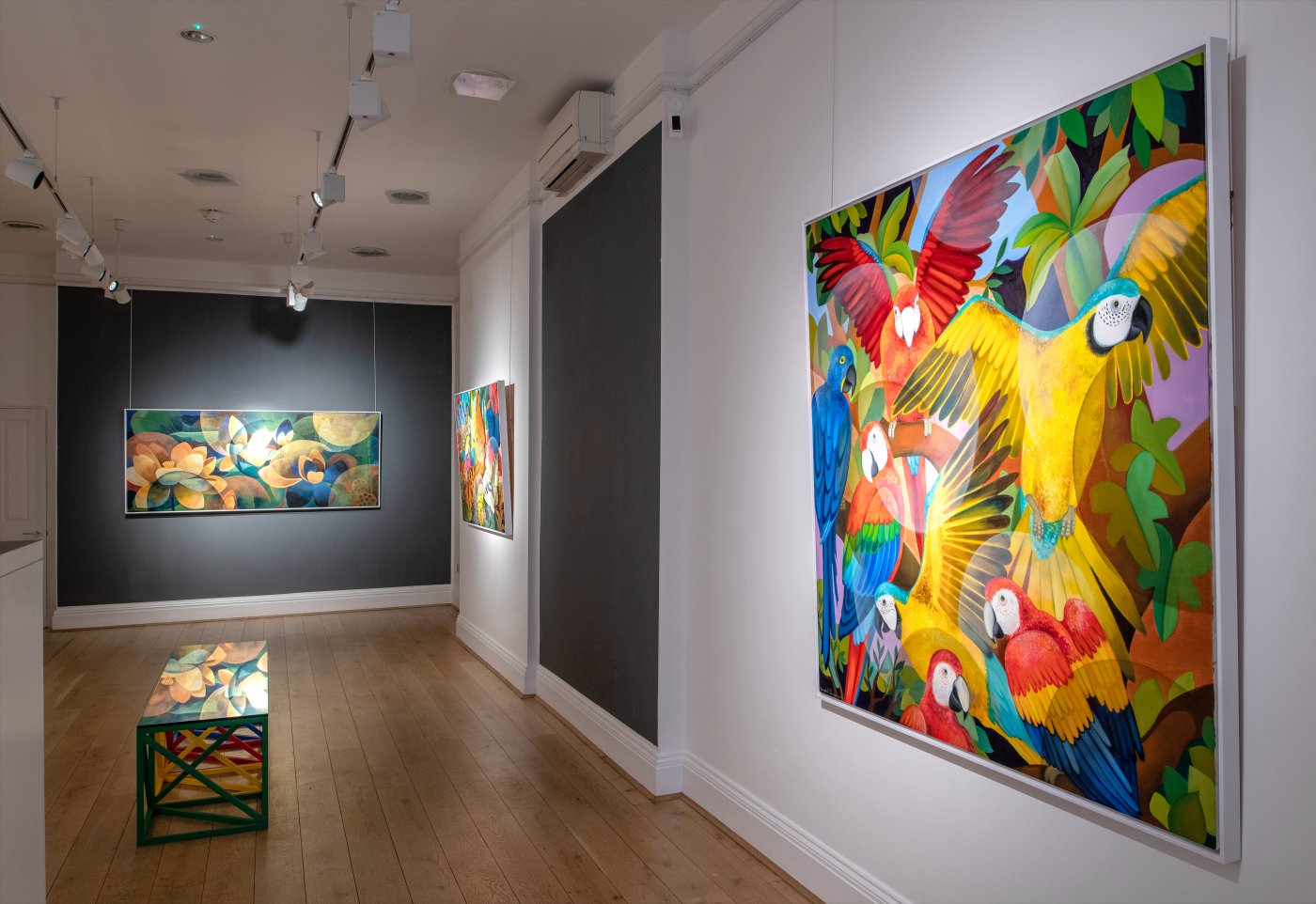 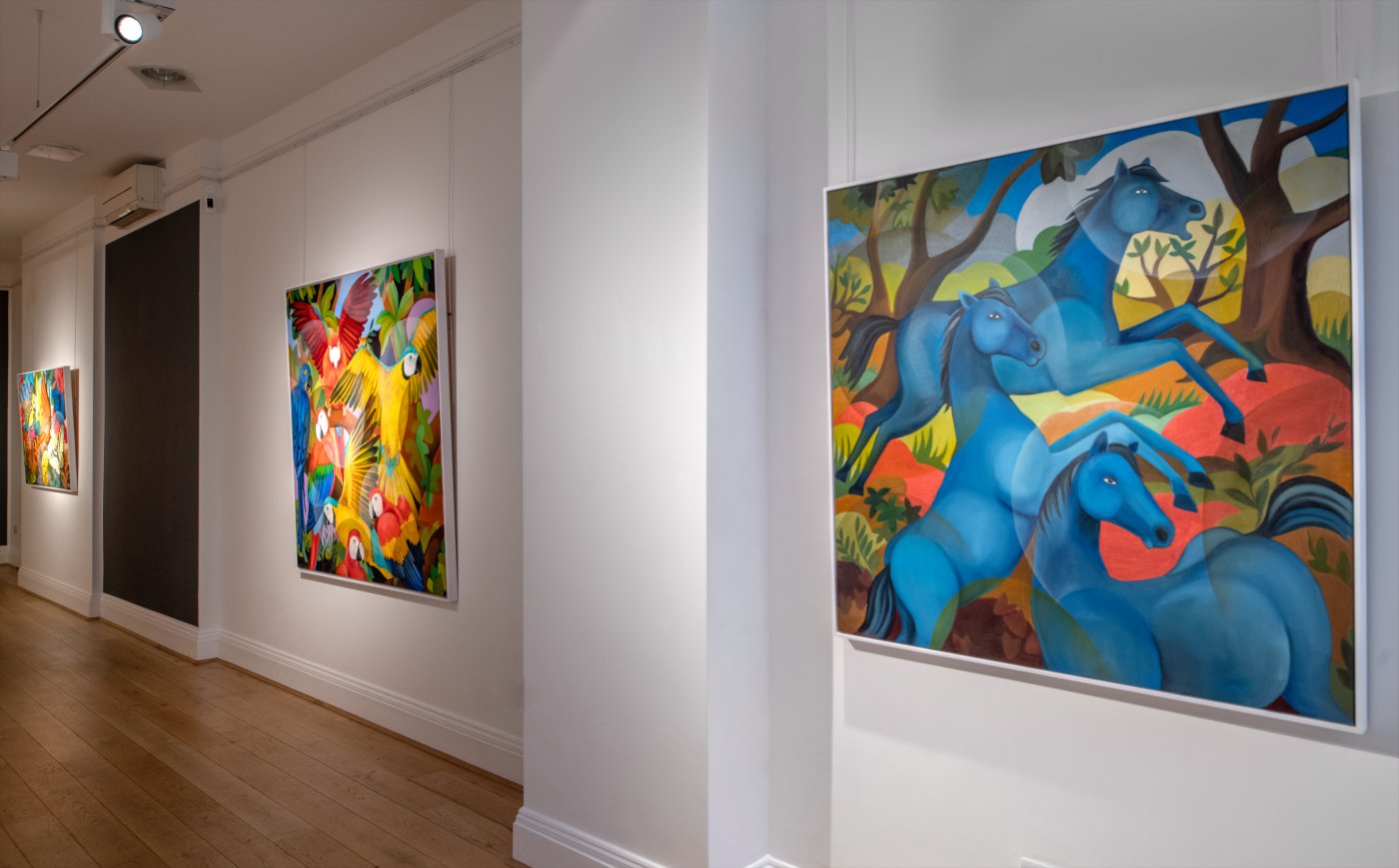 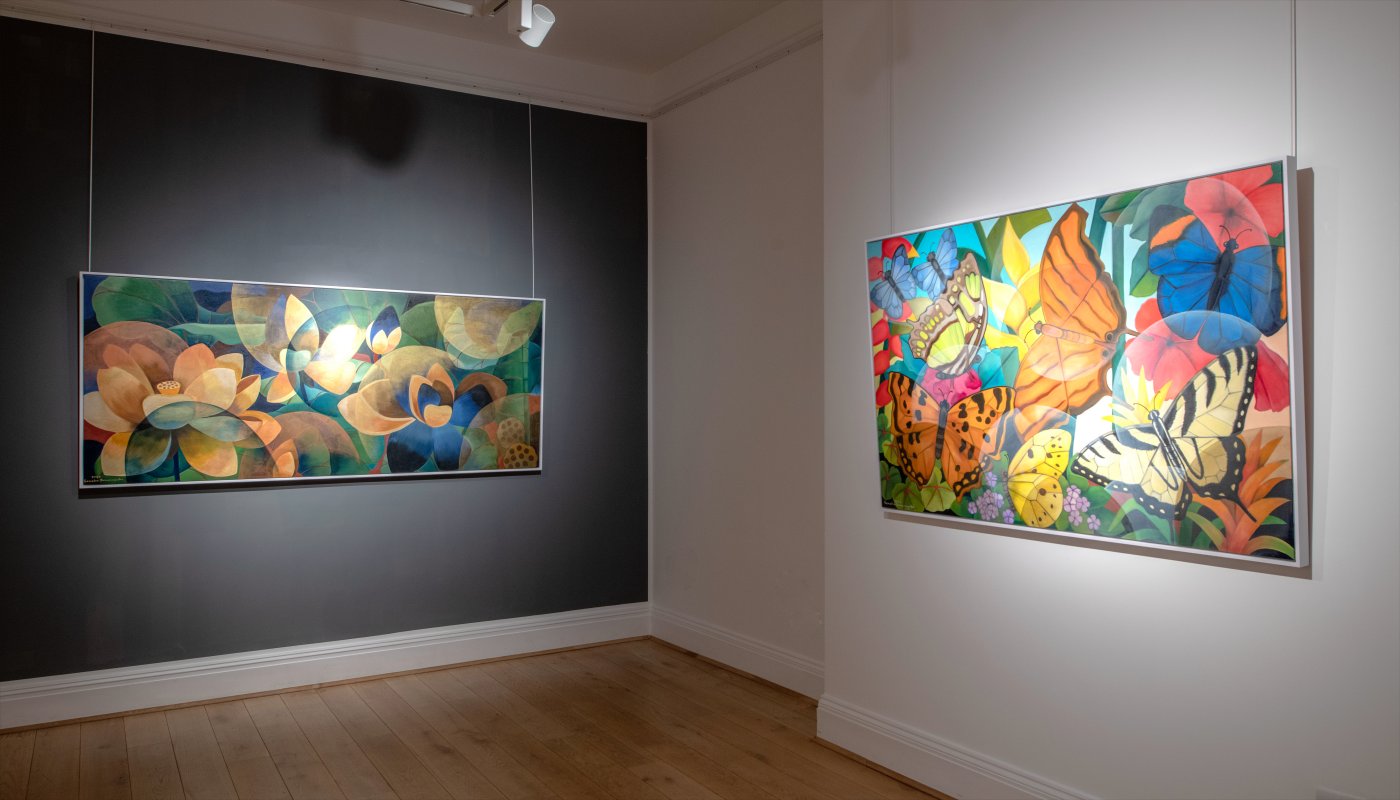 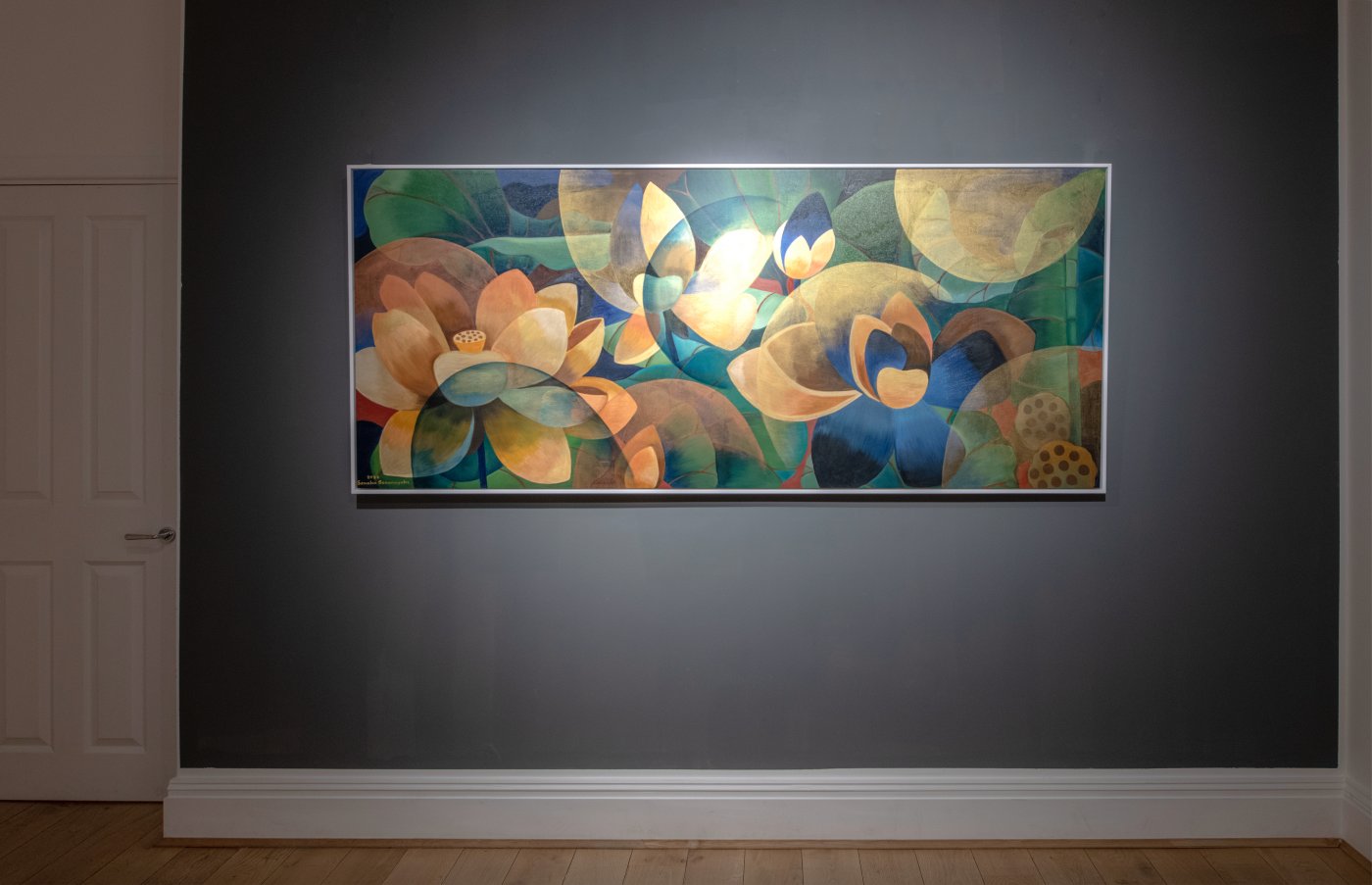 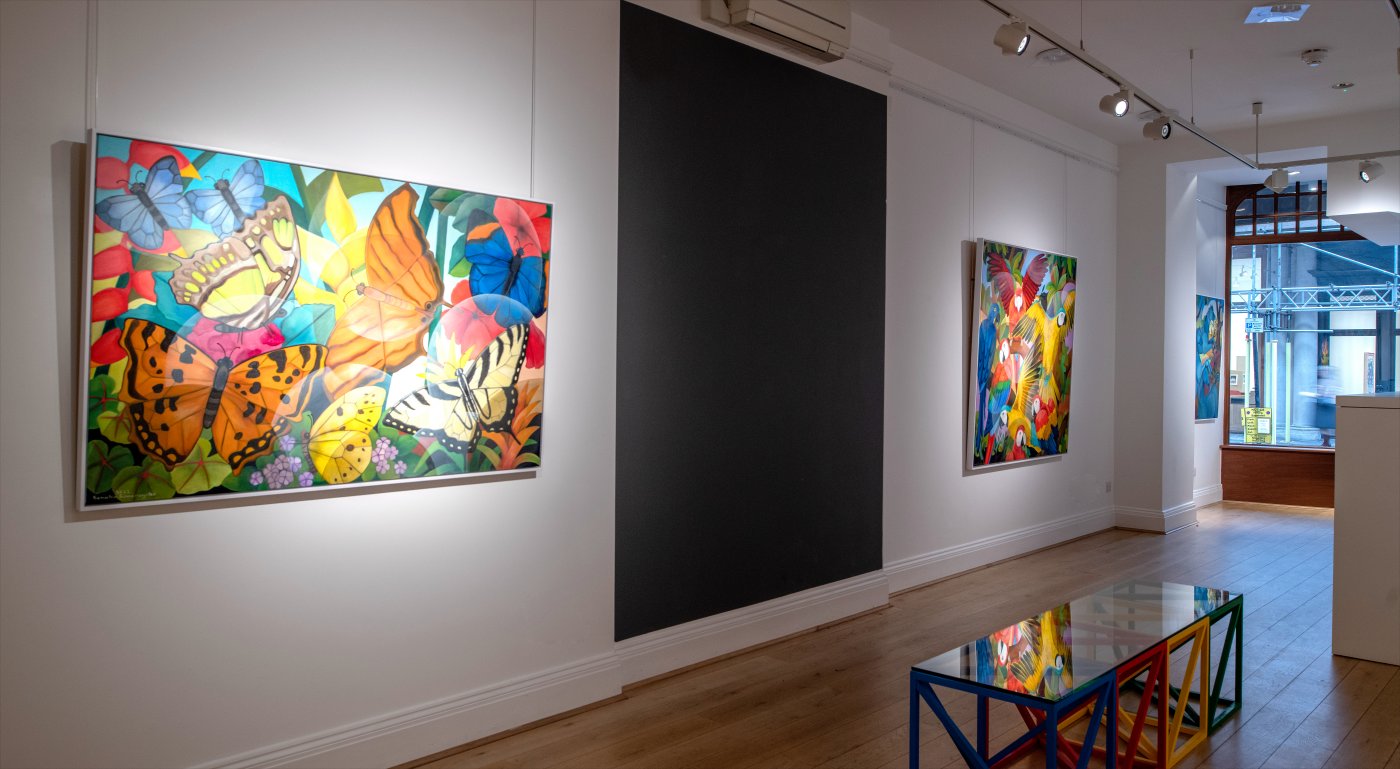 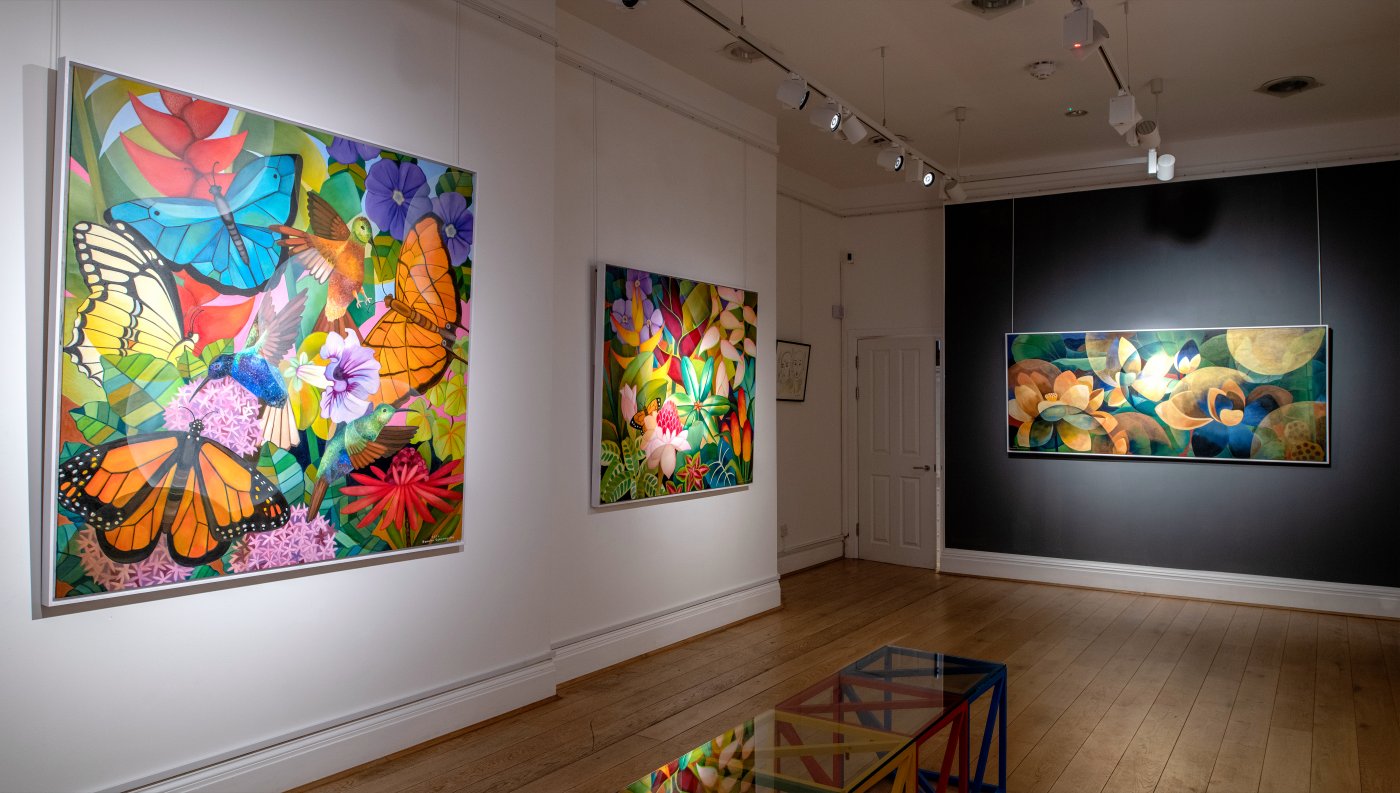 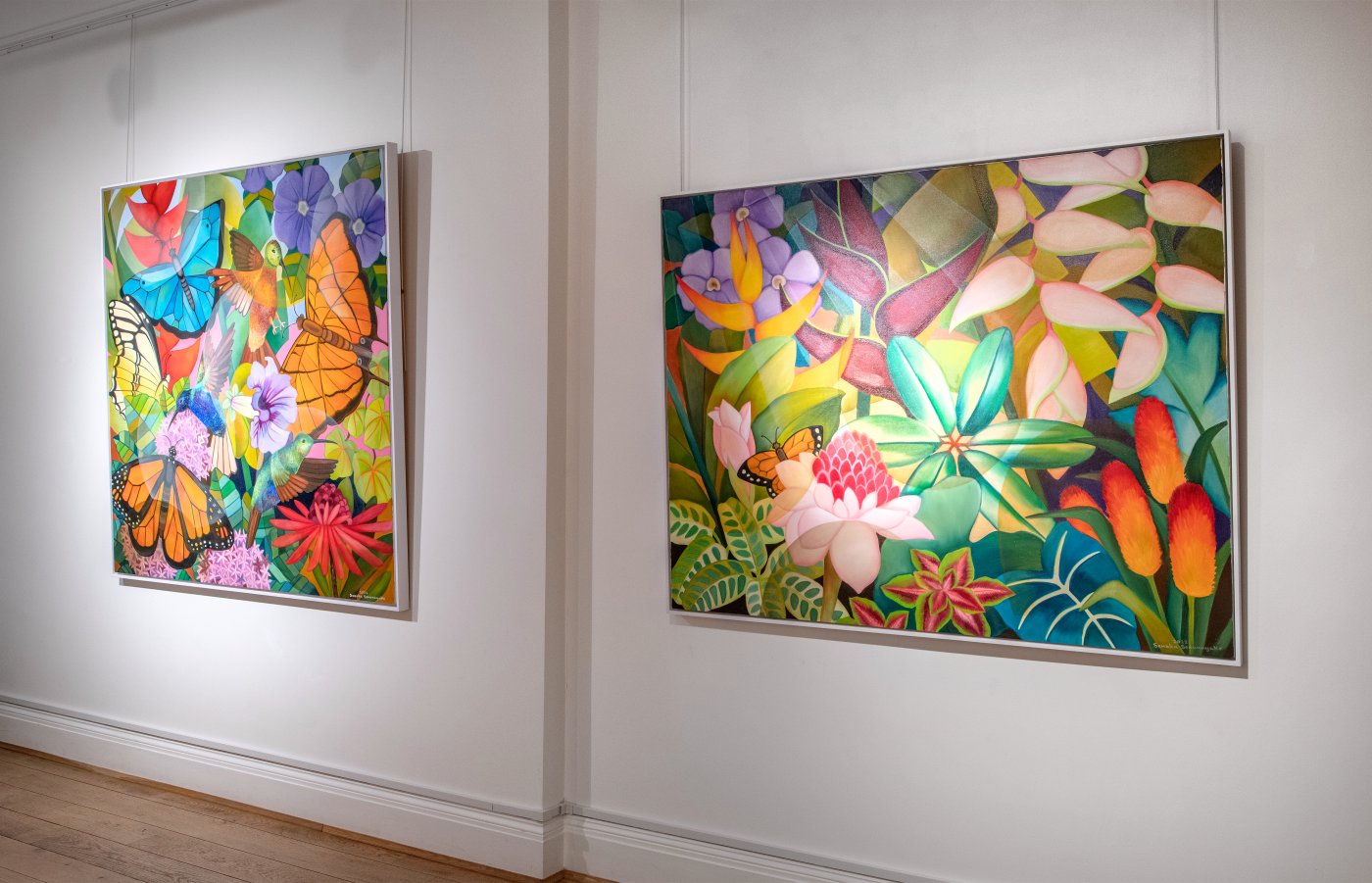 These works draw attention to the depletion of Sri Lanka’s rainforests not by showing destruction but by celebrating the positive. The depth of colours of the flora – a composite rather than all local – is achieved through layer on layer of paint applied over two to three weeks.

Senaka achieved early fame as a child prodigy, whose work was first exhibited in Colombo in the late

1950s. He then held his first international one man show in New York at the age of ten. He continued to paint and as a teenager held numerous exhibitions in Sri Lanka as well as Europe, the USA and Asia. It was after he received formal training at Yale University, where he studied Art and Architecture, that he decided to dedicate his life to painting. After graduating he moved back to Sri Lanka, where he has since established himself as one of the region’s most important living artists.

Visiting the artist’s house in Colombo it is easy to see from where Senaka draws inspiration for his wonderfully vibrant canvases. His studio is next to the house in which he grew up, and is surrounded by a lush tropical garden, full of exotic plants which attract colourful birds and iridescent insects.

One of Senaka’s objectives is to establish a connection with everyone who encounters his work. “Many times, people walk by a piece of art and don’t respond… I want my paintings to talk. Everyone from a street sweeper to a university professor should be able to relate to my art.”

Each of his canvases takes between 2-3 weeks to complete. Layer upon layer of paint is added, creating an incredible depth to the colours and imparting a rich feel the works which appear to have an almost luminescent quality to them.

Senaka has had numerous shows in UK as well as held successful exhibitions around the world, most recently in India.

Courtesy of the artist and Grosvenor Gallery, London