Curated by Giorgia von Albertini, this exhibition sheds light on a group of intergenerational artists from the gallery’s program and beyond whose work can be understood through a wide range of bodily approaches that often supersede the visual. 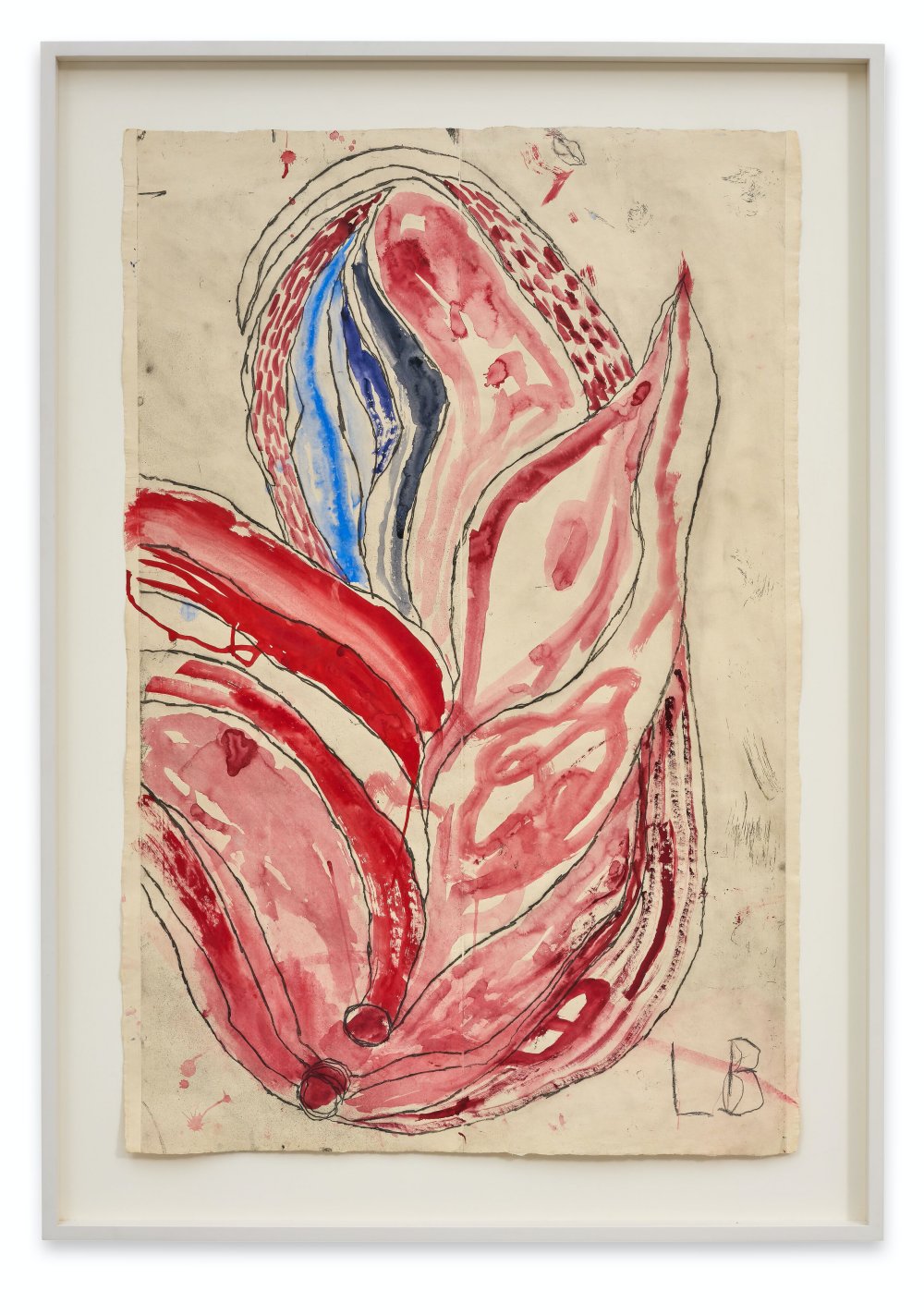 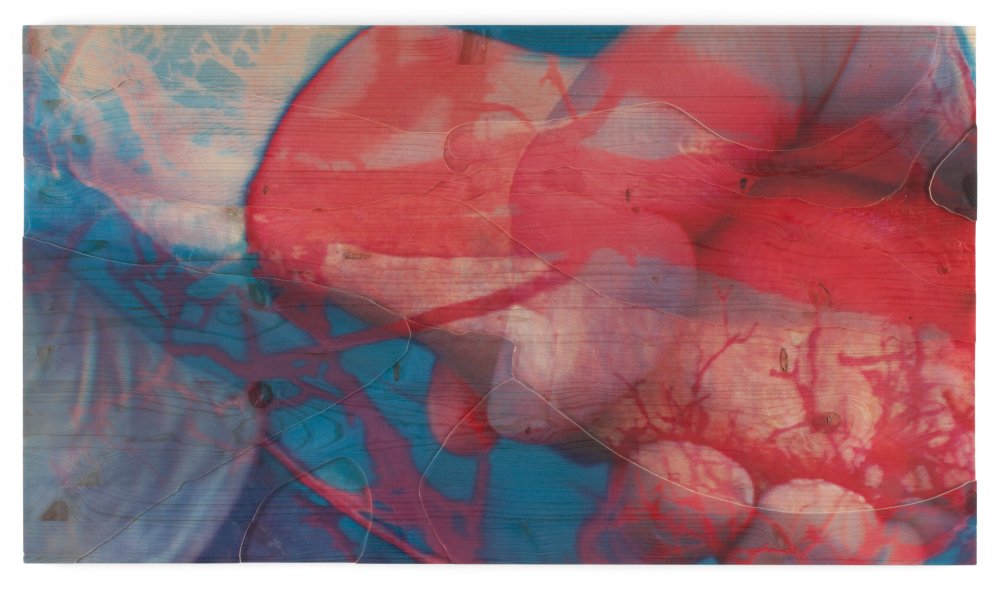 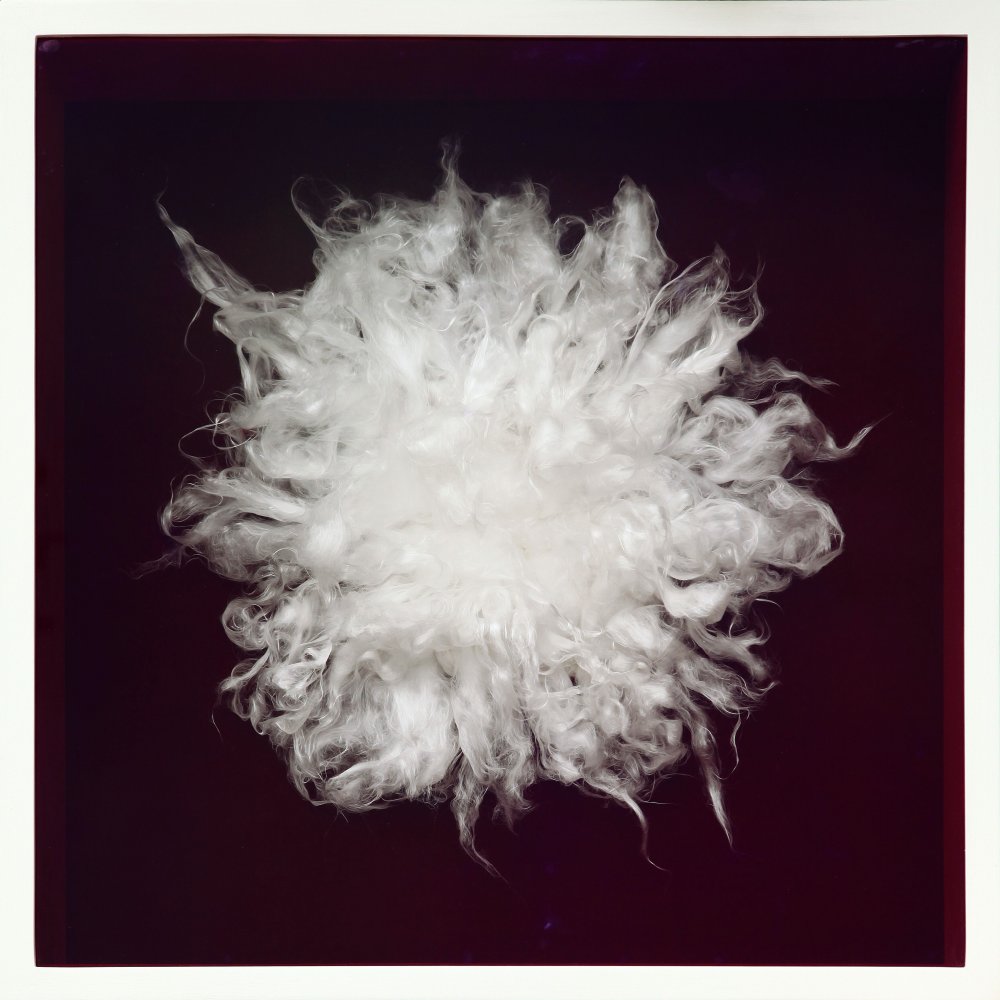 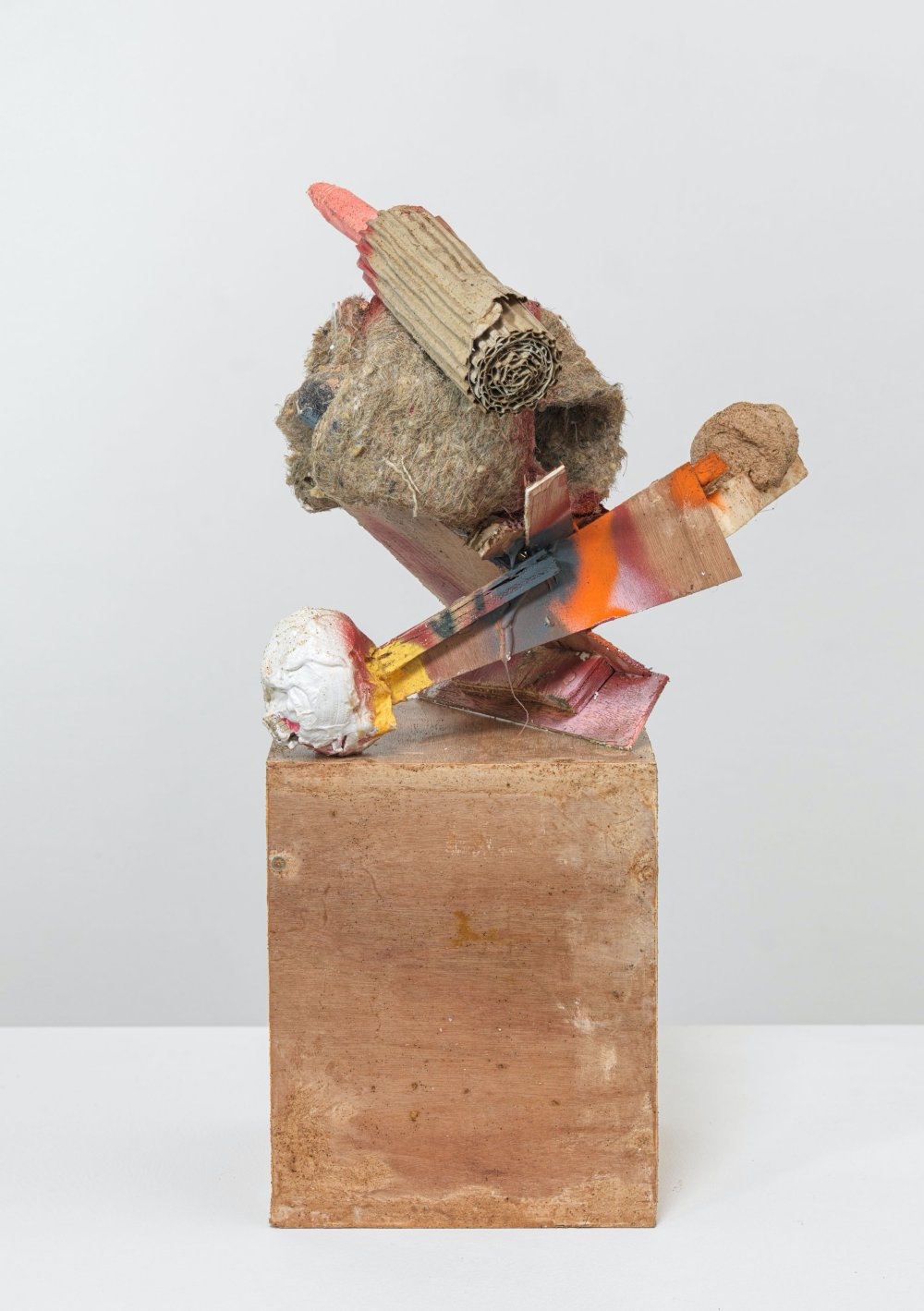 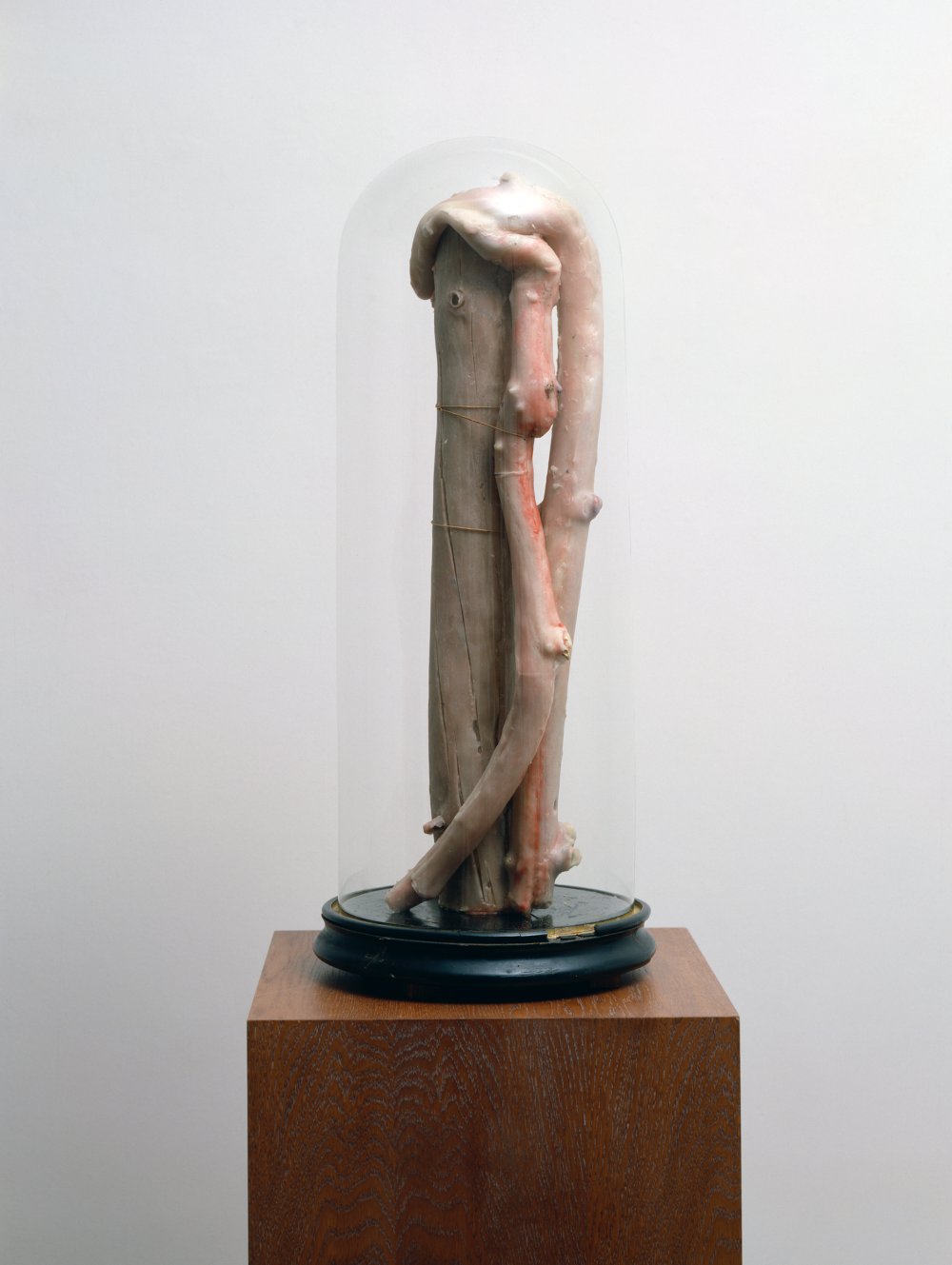 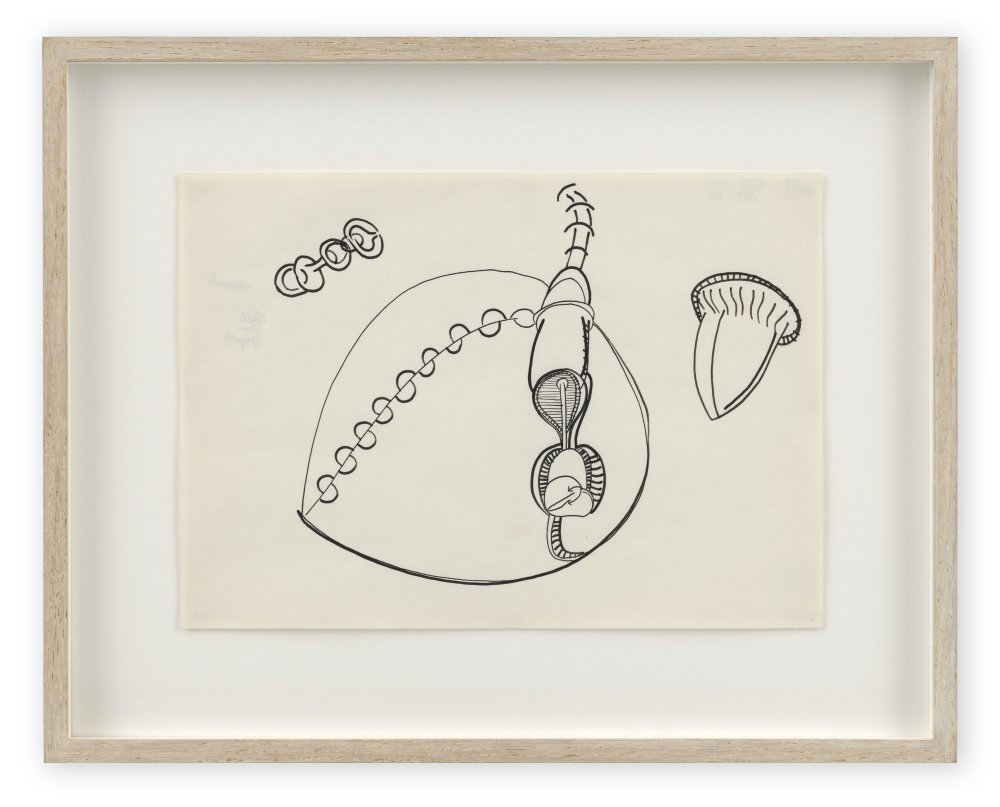 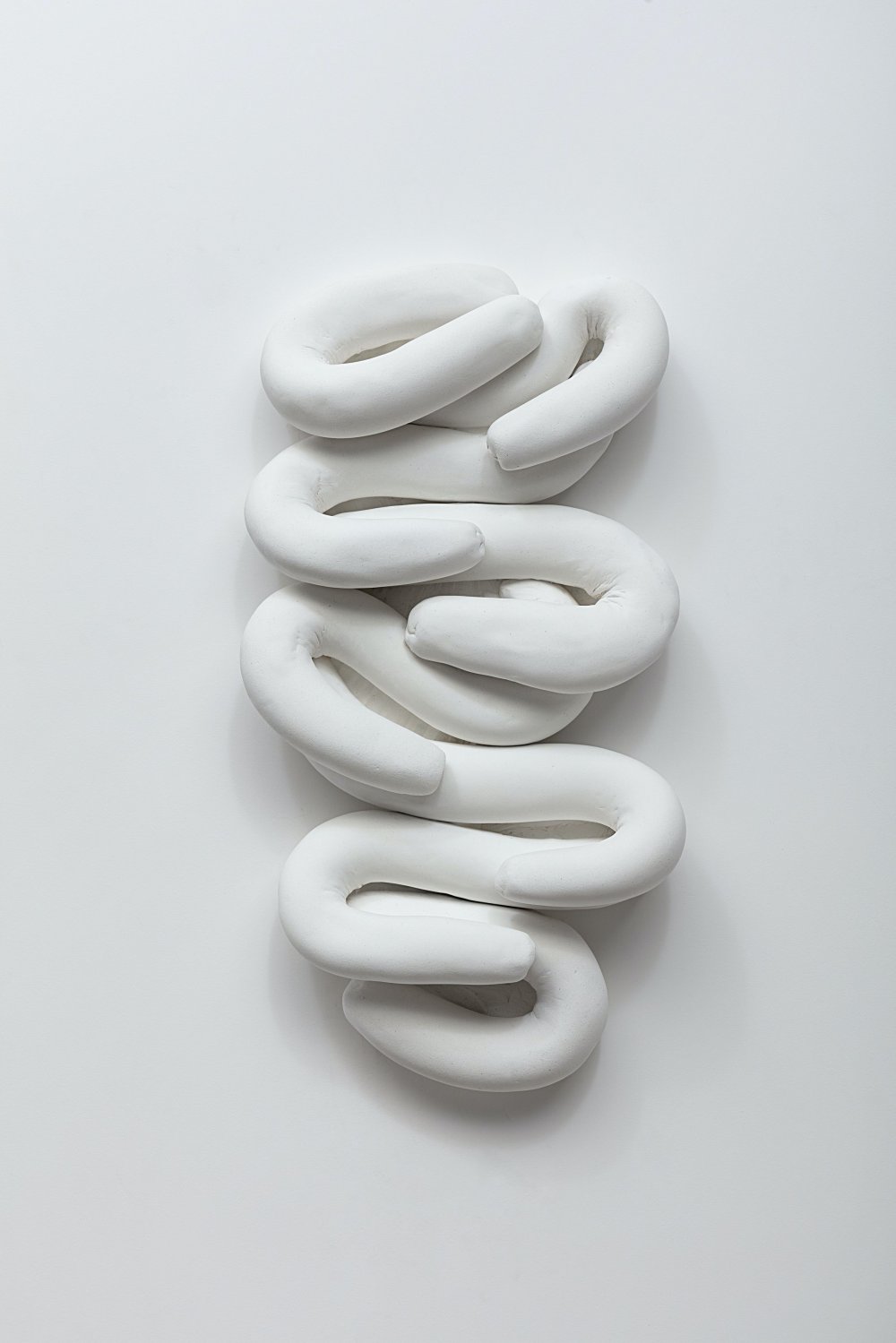 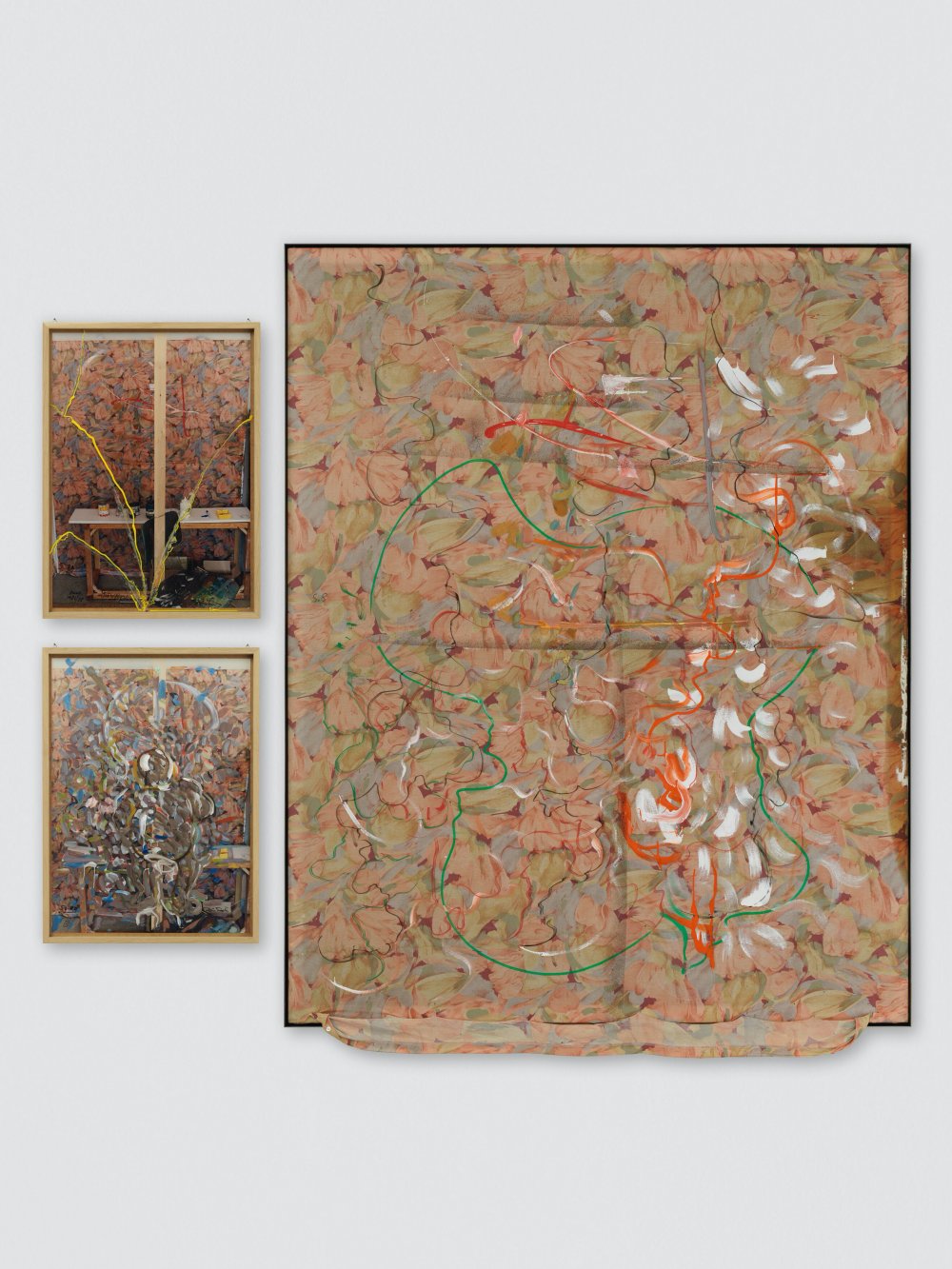 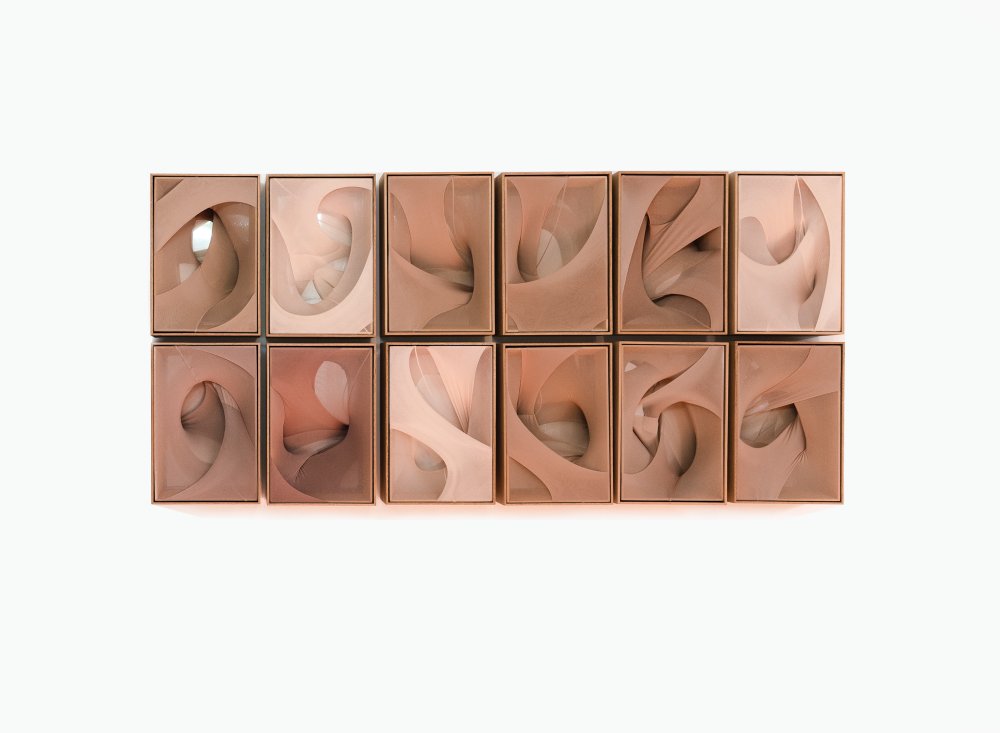 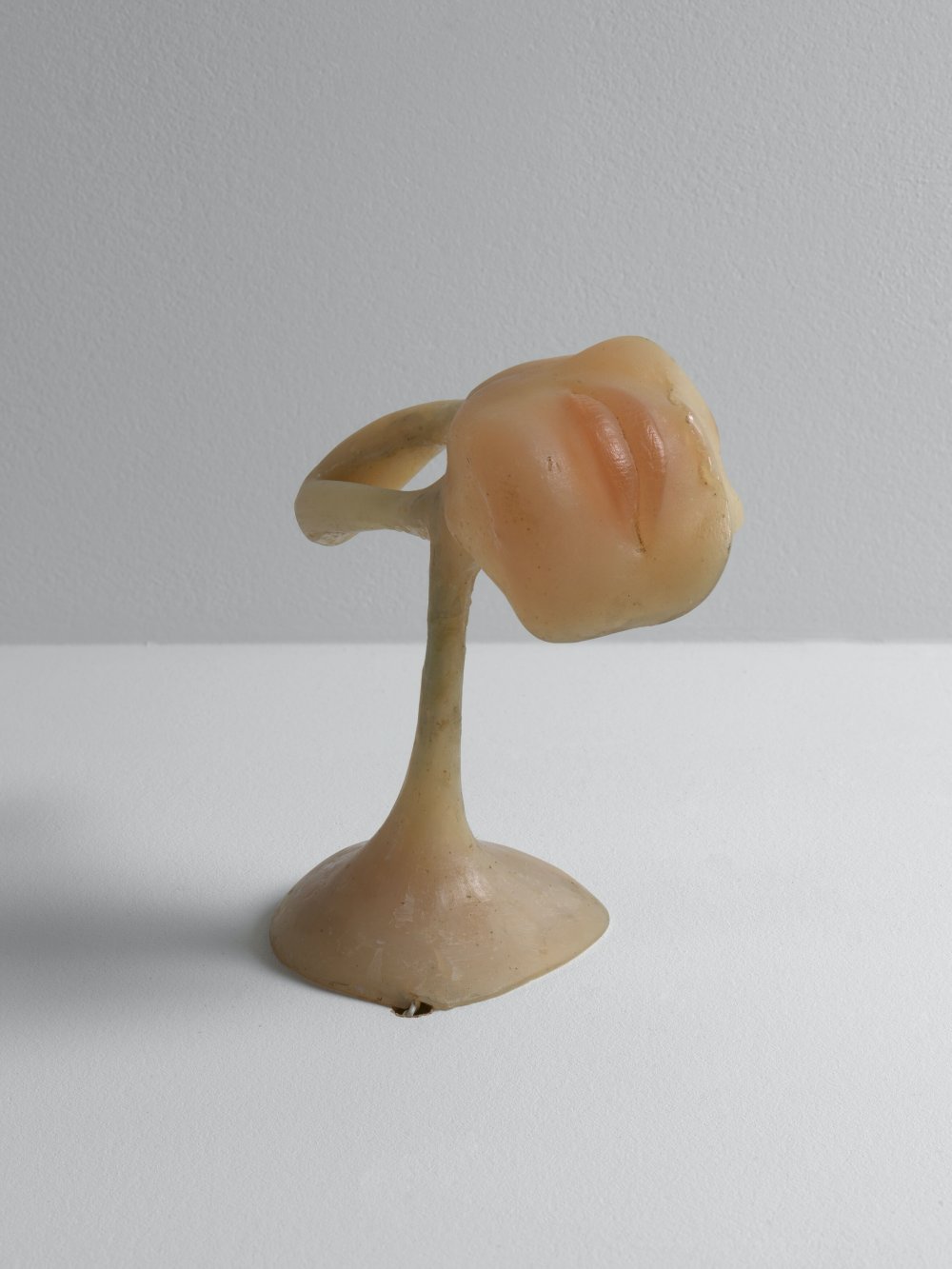 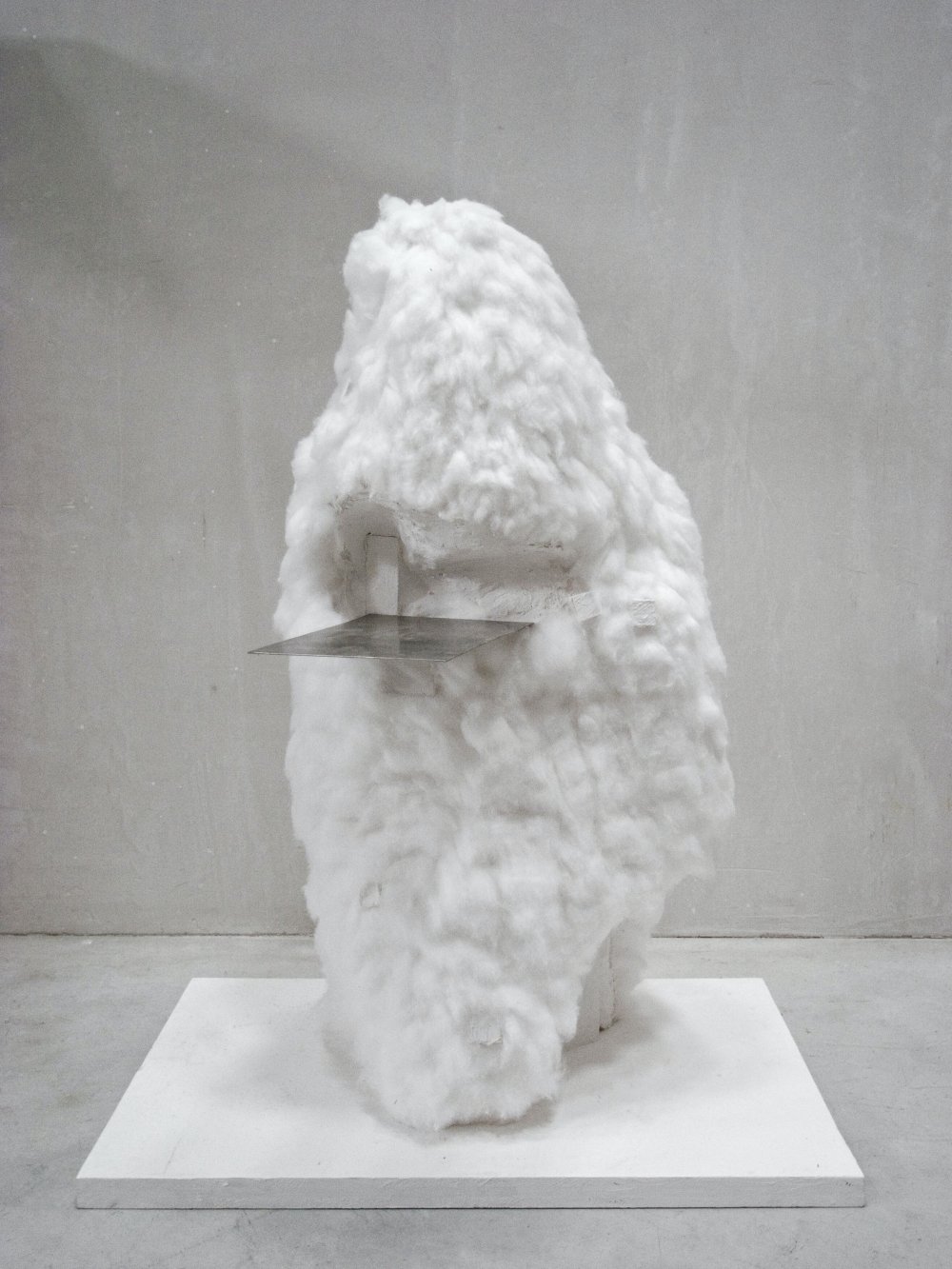 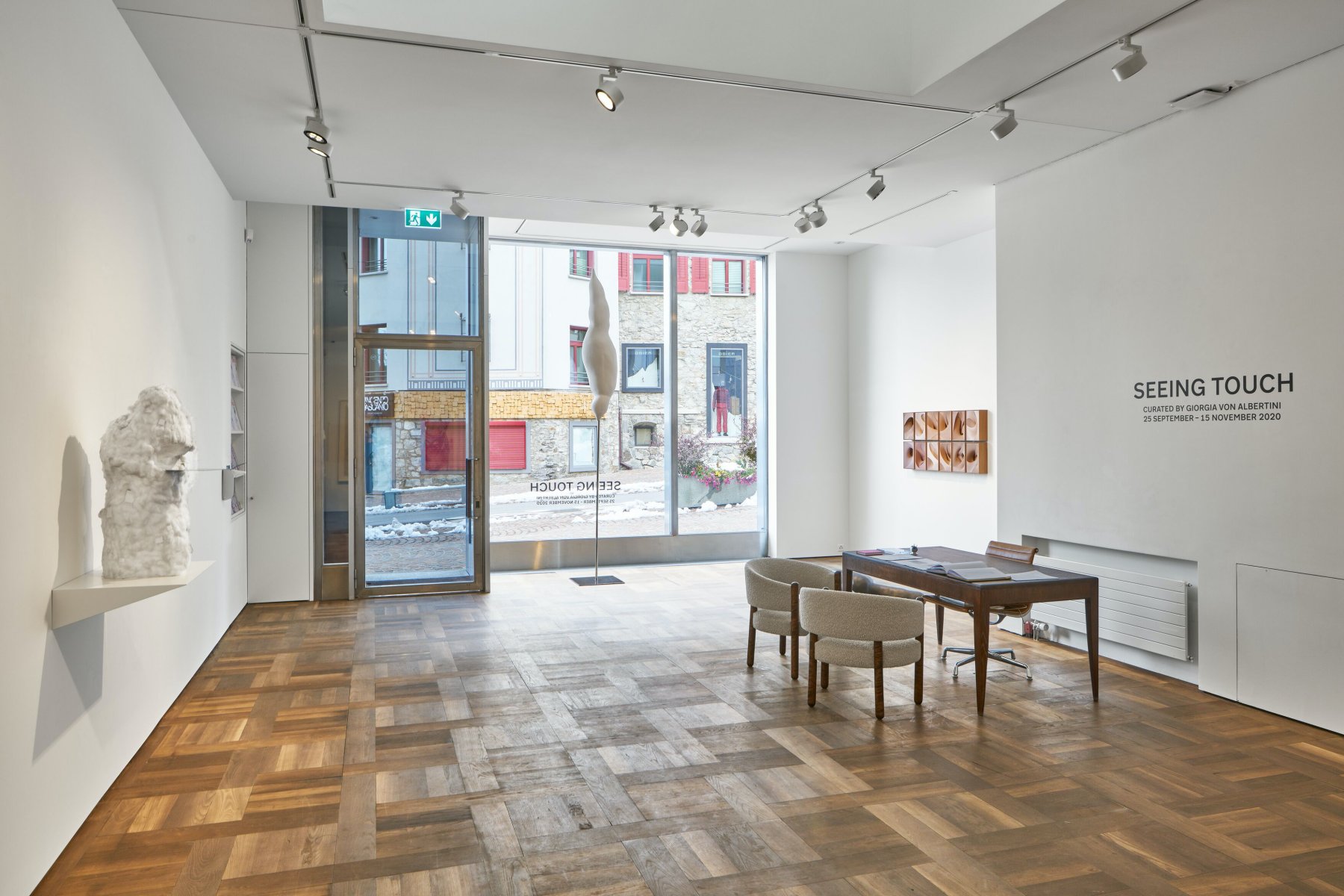 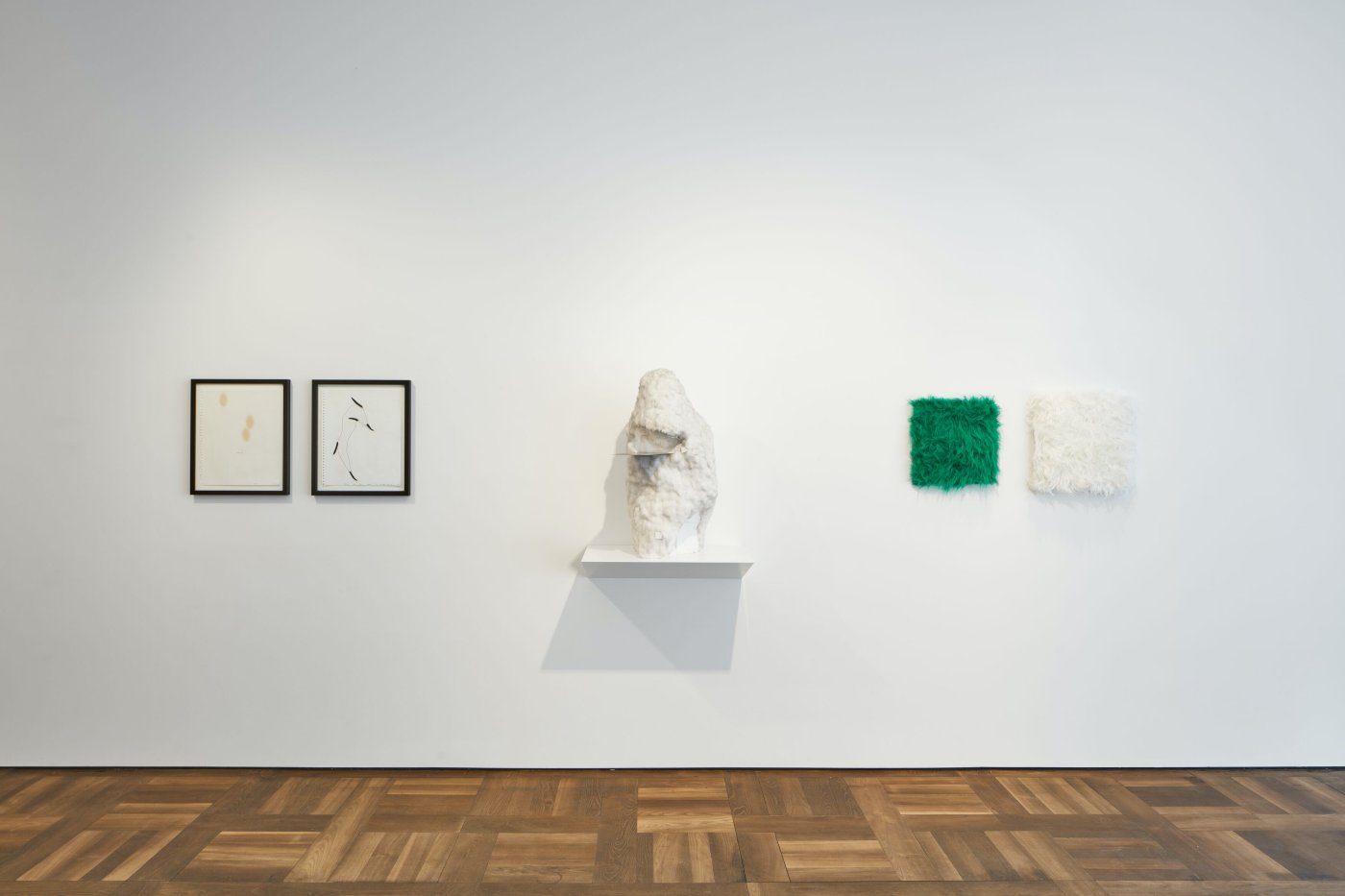 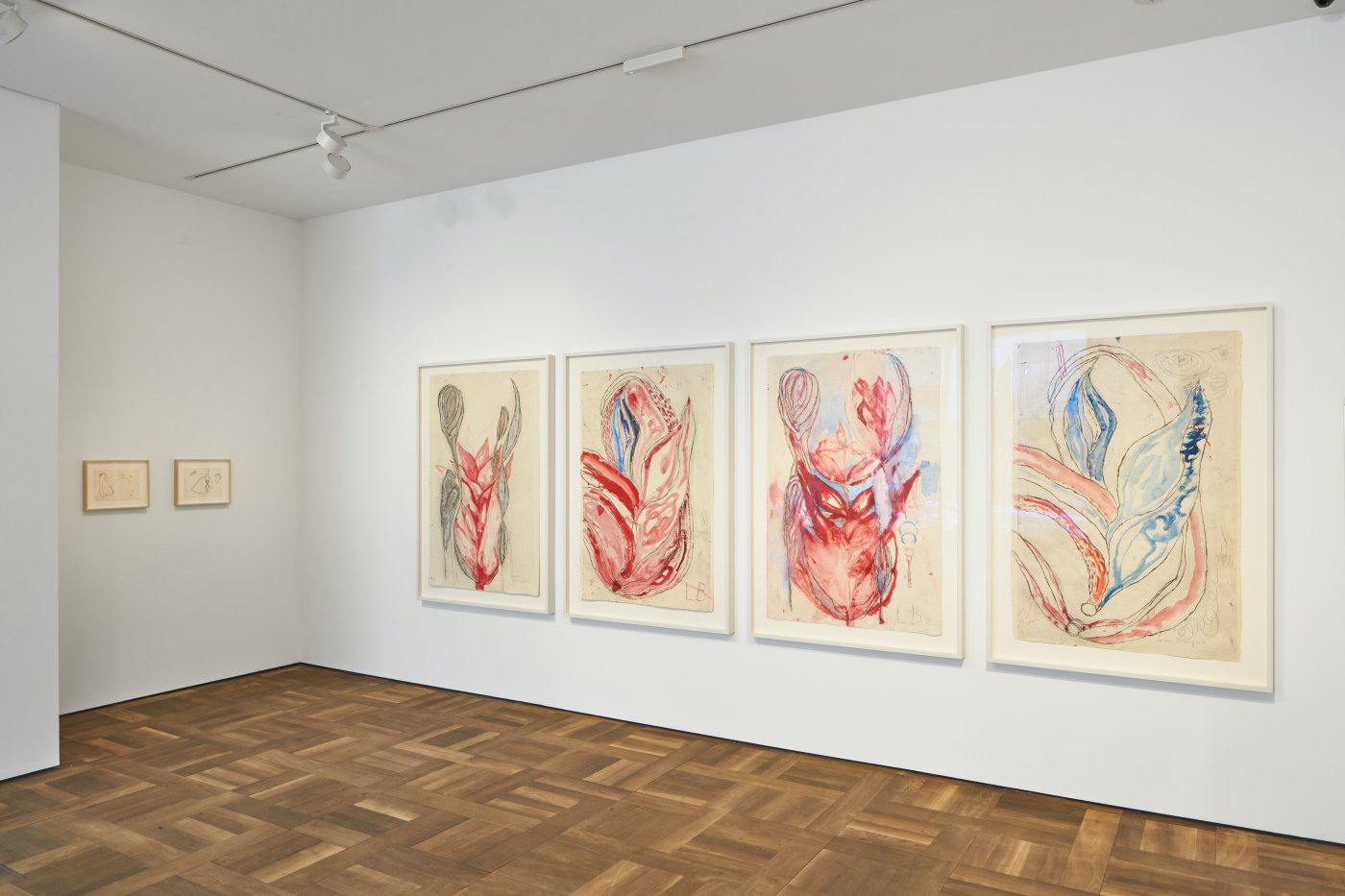 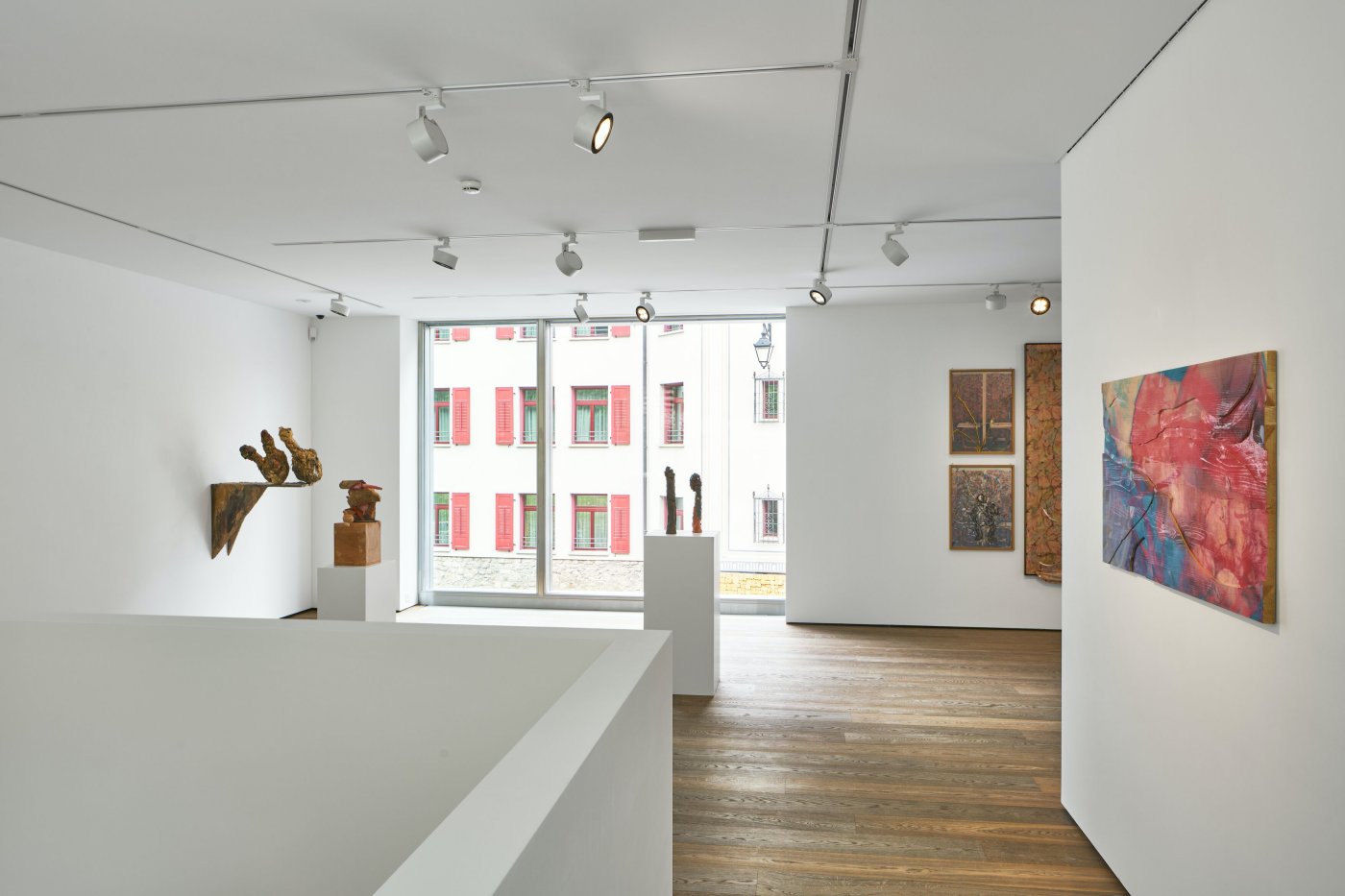 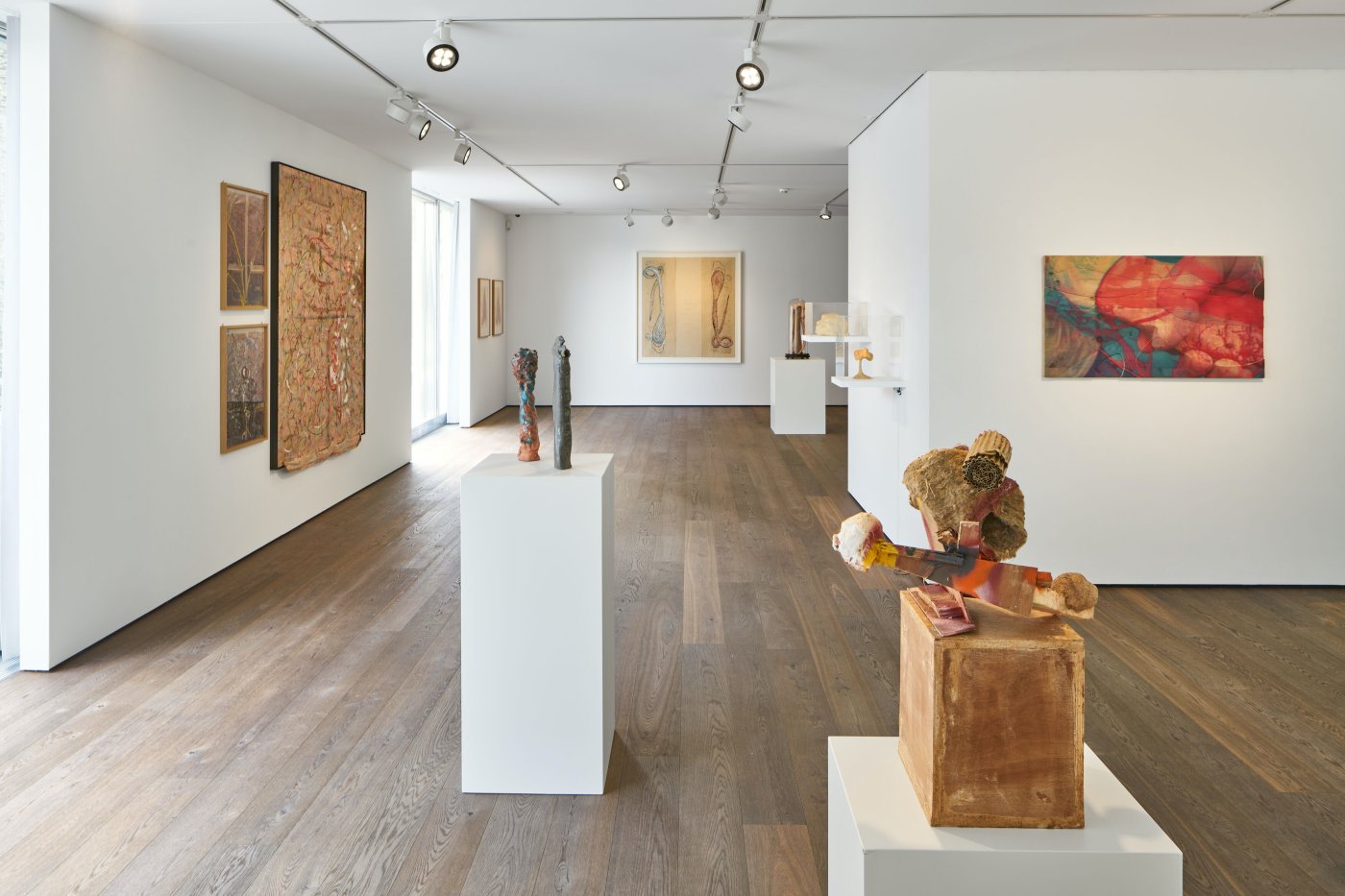 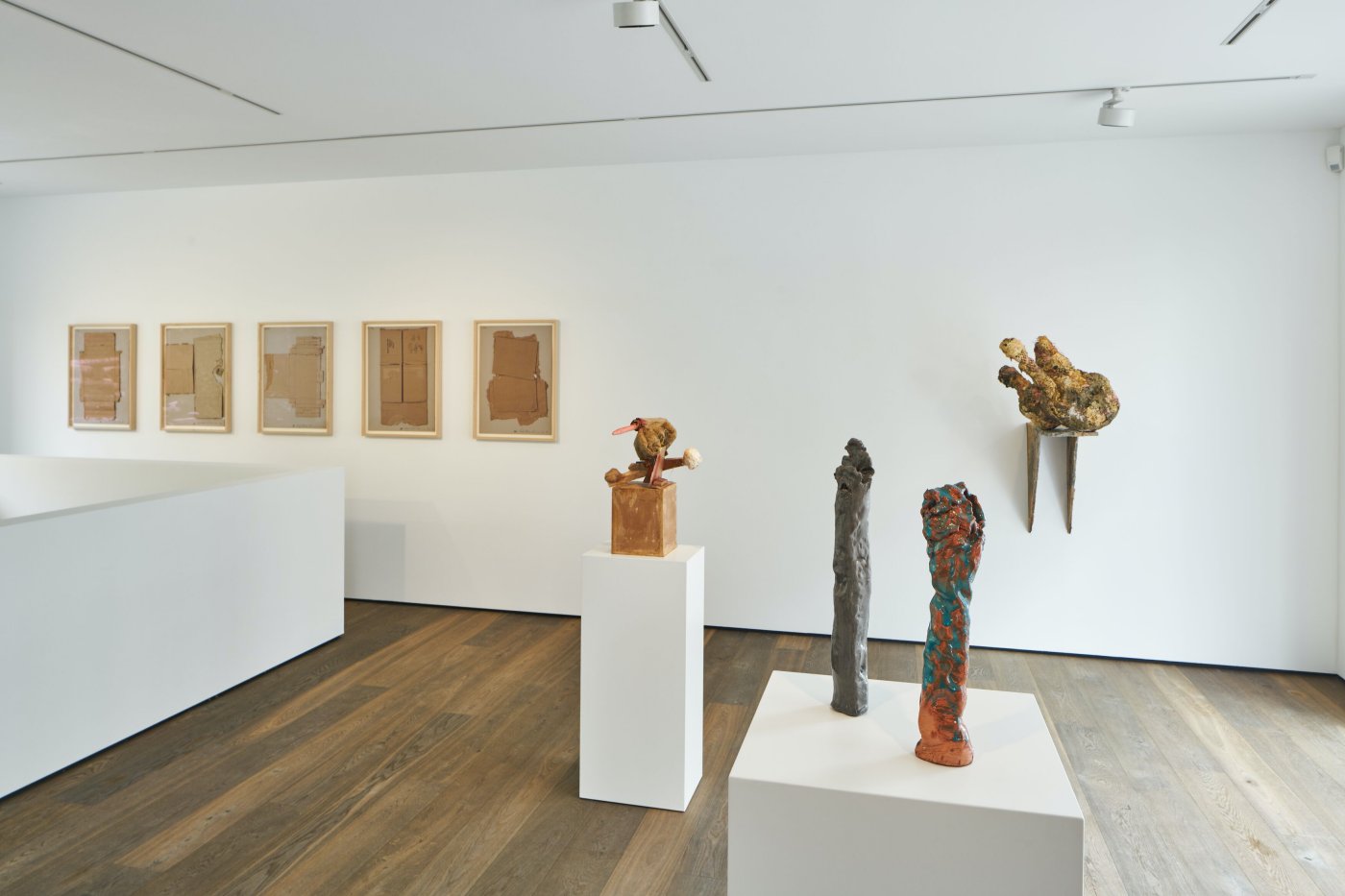 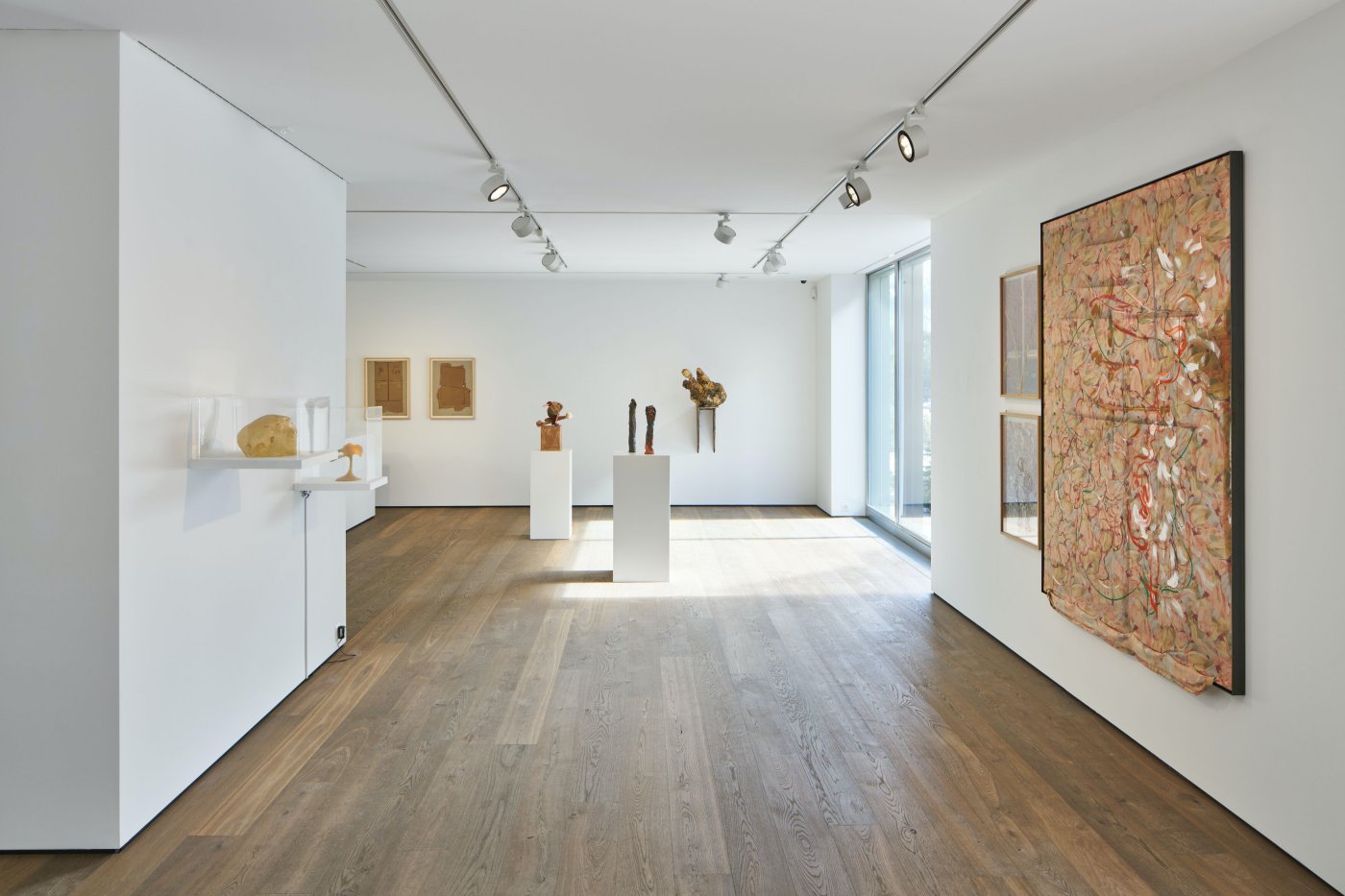 The use of unorthodox materials often leads to a blurring of the borders between object, sculpture, and painting, and is exemplified in the work of a number of artists in the presentation. Piero Manzoni’s (1933-1963) abandonment of color and revolutionary approach to unorthodox materials in his Achromes was aimed at a pure and unmediated engagement with surface, texture, and form. In foregrounding an engagement with palpable material, Manzoni set aside the conventions of pictorial composition in favor of literal materiality. The multimedia artist Dieter Roth (1930-1998), motivated by considerations of ephemerality and processes of construction, deconstruction, and accumulation, used transient materials in his art, including detritus from his life. These concerns culminated in Roth’s later works, such as ‘Kartonabfälle’ (1986), a series made with discarded cardboard from his studio. Phyllida Barlow (b. 1944) is also concerned with making sculpture from leftovers. Known for her colorful, large-scale installations, she uses a variety of materials, including plaster, cement, and plywood, which evoke construction and a perpetual state of transformation. Throughout her career, Pipilotti Rist (b. 1962) has always prioritized the viewer’s engagement in her experimental video and installation works. Rist’s idea to print video stills on wood, in this case a still from her first feature film Pepperminta (2009), is an attempt to use the organicity of the wood to give the video still a living and tactile form. As shown in the works of these four artists, unusual materials spark our curiosity and desire for tactile engagement.

A second group of works in the exhibition centers on abstract bodily forms, all of which elicit visceral responses as they directly refer or relate to the body. The pioneering Polish artist Alina Szapocznikow (1926-1973) radically reconceptualized sculpture as a vehicle for exploring and declaring bodily experience. Casting body-parts from real-life, she shifted from a representation of the human body to a tangible imprint of it. Eva Hesse (1936-1970) is best known for her colorful relief sculptures, where her first radical break from two-dimensionality of the picture plane into a space where object, sculpture, and drawing were to mix ineluctably. Related to her reliefs are a series of mechano-morphic drawings from 1965, two of which are included in this exhibition. The drawings depict shapes that inflate and deflate, with details of joints and articulations often blown up out of proportion. Louise Bourgeois’s (1911-2010) sublimated her emotions and traumas into her art, and understood art-making as a way to fathom the depths of her unconscious as well as a process of psychological release. With its visceral marks and colors, ‘À Baudelaire’ (2008) combines the organic with the human, as flowers are fused with phalluses and vulva-like forms. Simone Fattal’s (b. 1969) sculptural work often bears the traces of the artist’s hand. Constructing a world that emerges from history and memory, her figures are rendered with just enough detail to be discernible as individuals, revealing Fattal’s preoccupation with the persistence and fragility of human form.

In contrast to the avant-garde and earlier generations of artists who radically wanted to break from the past, several of the younger artists included in ‘Seeing Touch’ consciously reference art-history by either developing pre-existing artistic strategies, or humorously referencing them. Anna Maria Maiolino (b. 1942) has talked about the art of the past as a series of traces or residues on herself. Berlinde De Bruyckere (b. 1964) draws from traditions of the Flemish Renaissance. By layering existing histories with new narratives, she creates a psychological terrain of pathos, tenderness, and unease. Not Vital (b. 1948) deploys strategies of both minimalism and surrealism, infusing the former with soulfulness, and advancing the latter with wit and formal precision. The faux-fur used in Sylvie Fleury’s (b. 1961) colourful Cuddly Paintings is a way for her to humorously confront the art historical precedent of monochromatic painted squares for which male artists were glorified. Martin Soto Climent (b. 1977) has recently begun to work on a series entitled Gossip; the wall-objects that form part of this body of work consist of mirrored wooden boxes reminiscent of Donald Judd’s units. Yet they are far from minimalist: inside each box, pantyhose are arranged in seductive three dimensional formations that reference the body and lure the viewer into a web of fantasy and desire.

By expanding our understanding of what lies beyond the visual, we are able to access a world that operates through tactile, psychic, and affective resonances. Seeing, then, is not a purely mechanical and rational mechanism, but a metamorphosis.