Pilar Corrias presents an exhibition of new work by Sedrick Chisom at the Eastcastle Street gallery. This is the artist’s first solo exhibition in the UK, showing paintings and drawings portraying a post-apocalyptic America. Sitting within the Afrofuturist tradition, Chisom’s imagined future is a mystical, speculative narrative which considers the histories of racism and otherness. 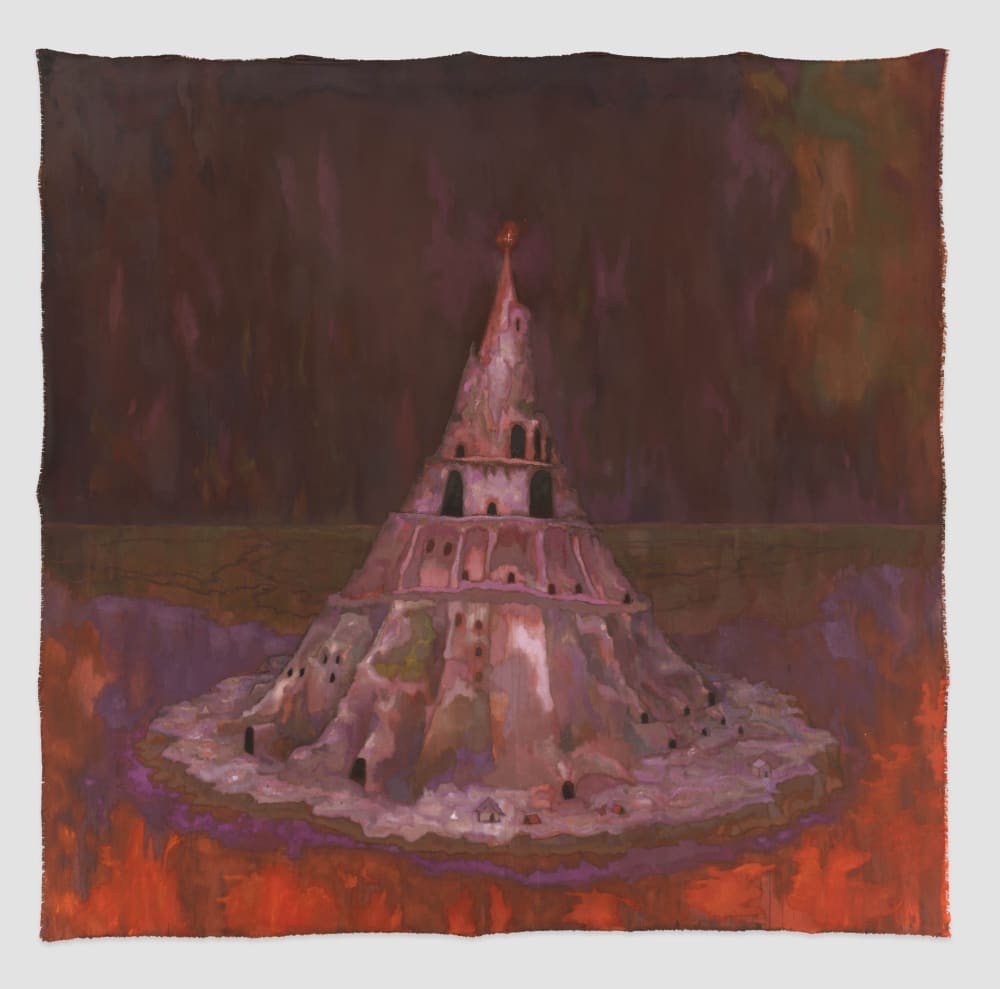 In Chisom’s world all people of colour have elected to leave earth, while the remaining white people have become subject to a disease which is altering the pigmentation of their skin. These remaining peoples are divided into two opposing groups, one a set of military alliances who bear resemblances to American Civil War soldiers as well as contemporary alt-right groups. They are grappling to assert their superior whiteness, even as they themselves are increasingly subject to transformation by the disease. The other group consists of the already transformed ‘monstrous peoples’. The artist’s naming of this group recalls the creation of whiteness as an idea, concepts which stretch back to medieval and classical western theories that considered non-white peoples monsters or animals, as well as sources of contagion and disease. Chisom’s imagined future exposes the racialised otherness that has dominated the history of western thought, creating new myths and new constructed realities in a fantastical and bewitching science-fiction.

The artist’s style is defined by a folkloric quality that is mystical and macabre. Strange yet familiar landscapes are peopled by haunting figures that are at once defiant and pitiable. Bold, iridescent colours communicate the peculiarity of the post-apocalyptic scene and offset the ghostlike figures, which are variously crippled, headless or zombie-like. These figures often recall familiar characters such as Medusa, Narcissus or the Angel Moroni, who in Mormon tradition is reported to have repeatedly visited John Smith and is described as excessively and ‘exquisitely’ white. Unusual weather conditions, blurred boundaries between places, and confusion between day and night mirror the breakdown of legible racial boundaries, exposing the paradox inherent in any system of categorisation. Chisom’s work is informed by a wide-ranging research process and incorporates imagery from myriad influences. Science fiction, the tropes of the American west, Christian iconography and Greek mythology blend with histories of the American Civil War and art historical references as varied as Symbolist painting, the Renaissance masters and 19th-century British illustration. Literary influences include Octavia E. Butler, Toni Morrison, Joseph Conrad and H. P. Lovecraft.