Blain|Southern presents Sean Scully’s first exhibition with the gallery, Uninsideout. Featuring large-scale, multi-panel paintings, as well as works on paper, sculpture and a group of his celebrated Landline paintings, the exhibition offers an overview of the artist’s multi-faceted oeuvre. 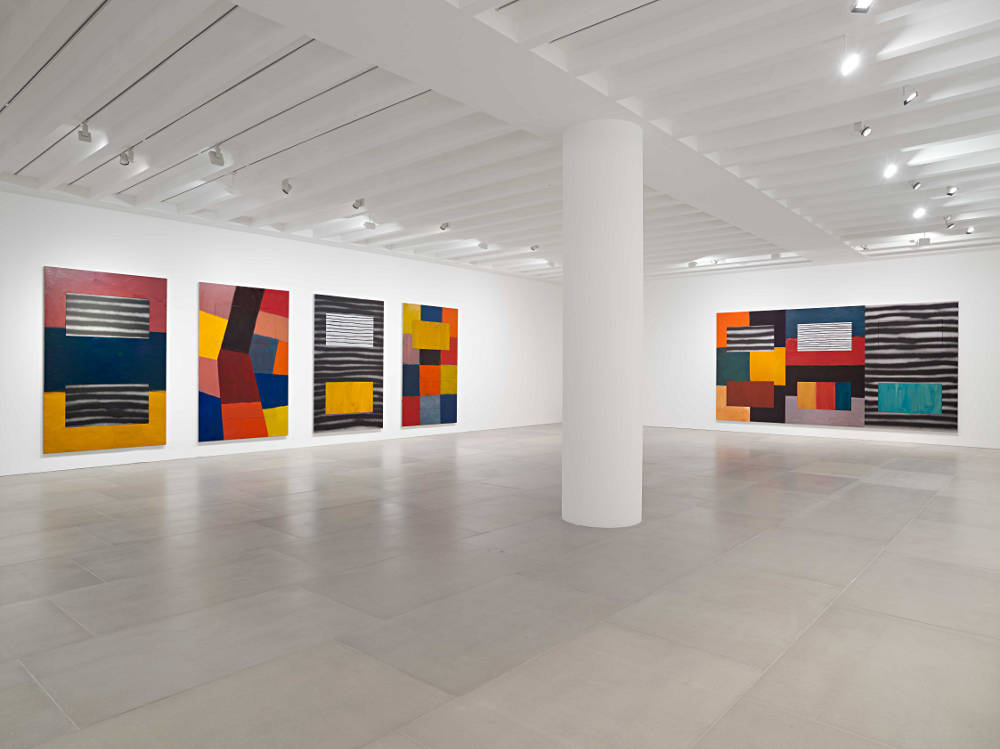 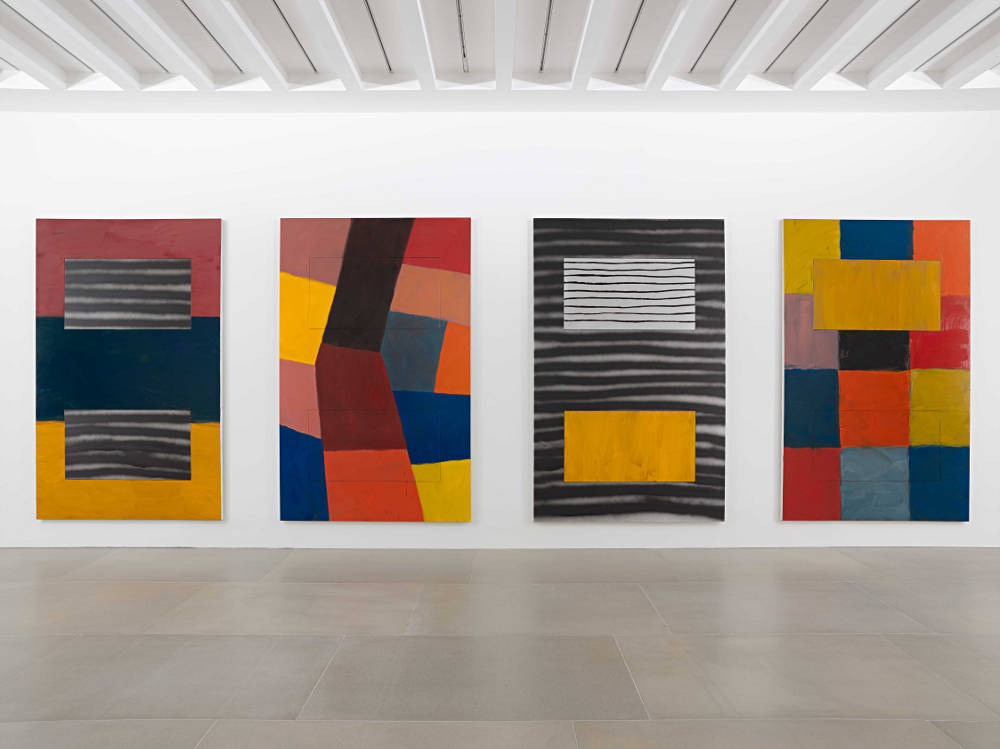 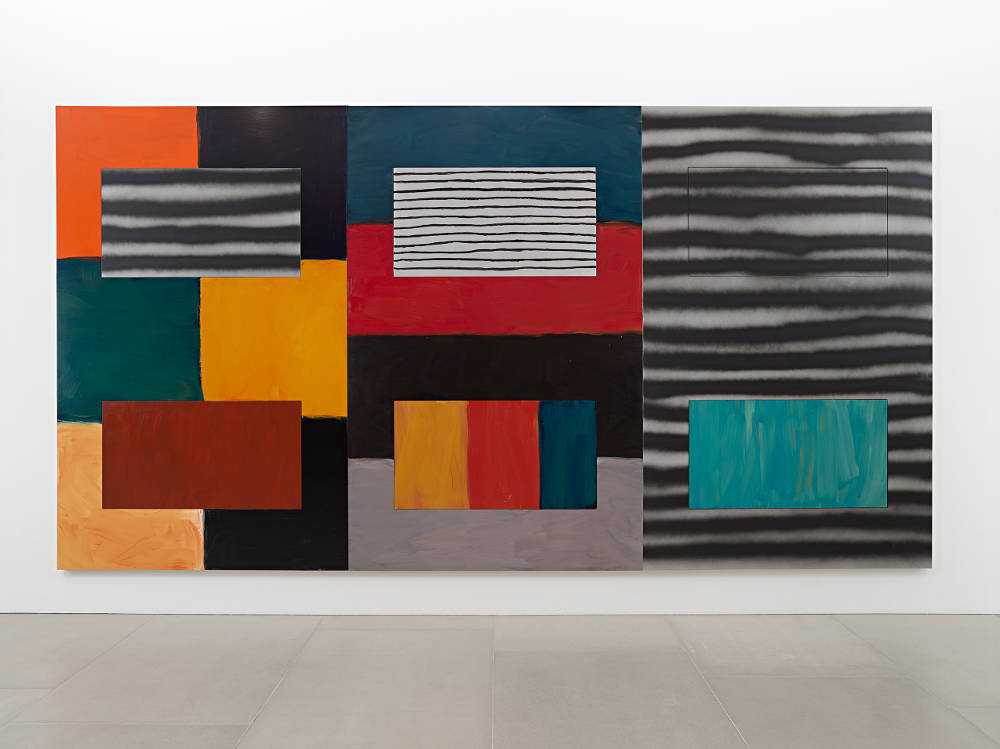 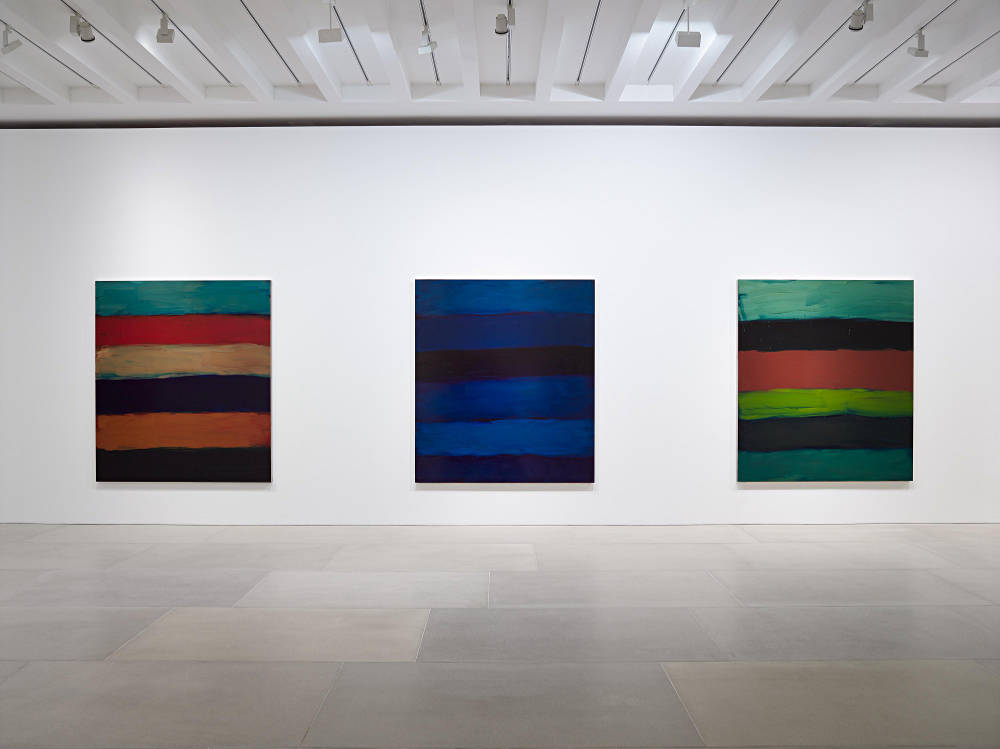 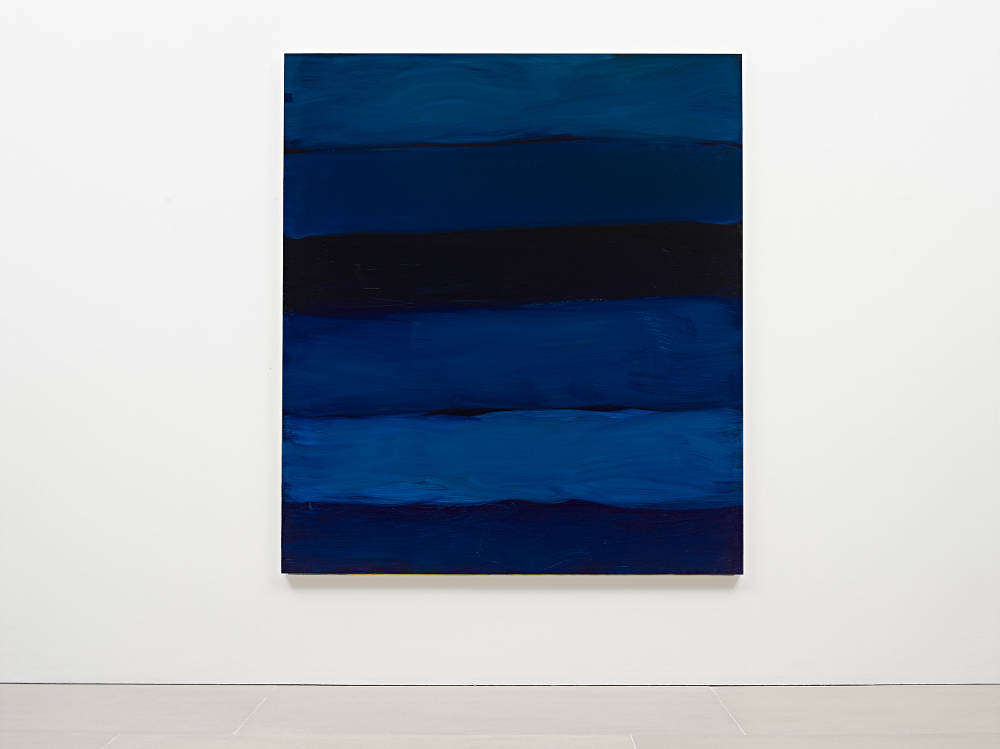 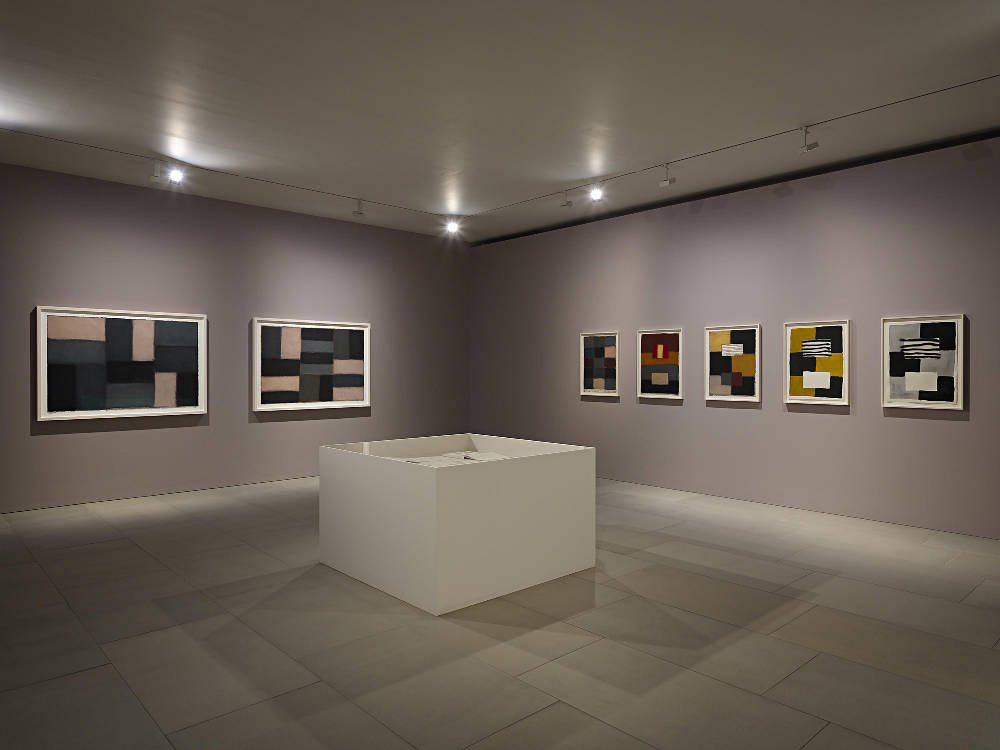 Rhythm has always been of central importance to Scully, and much of the work in Uninsideout has a palpable musical structure. Rhythm emerges from both his sources of inspiration, such as music and poetry, but also in his process, visible in the fluid handling of his medium and his own powerful movement as he paints. The geometric structure that characterises his work creates a background rhythm, opening up space for improvisation and new pictorial ideas. Deploying subtly differentiated hues and tones, he creates harmony, and sometimes discord, between the sections of a painting.

Scully grew up in his grandmother’s house in London surrounded by poetry and music, not least the homesick songs of the matriarchs and Irish workers who lodged there. He went on to play in a band and also ran a blues club. He witnessed the explosion of rock ‘n’ roll and was fascinated by its immediacy and ability to transcend divisions of language, race, class and politics. This led to his interest in developing an artistic language that was abstract and minimal, yet profoundly human, feeding his belief in a rhythmical structure that binds the world, unconsciously, together.

Scully’s Landlines developed from his interest in the meeting points of land, sea and air, the unpredictable rhythm of the ocean and the ever-changing horizon. As this restless artist continues to leap geographic borders and more than ever push against his own boundaries, perhaps his personality is most readily apparent in these works, looking back at us from deep within the swirling currents of these elemental paintings. And yet the concept of music persists: ‘One stripe’, observes the artist, ‘is a note, many are a chord, all are played by hand.’

Since 2016, Scully has taken to painting on both aluminium and copper. Responding to paint in different ways, each support creates a rhythm and tempo of its own. This choice of polished surface also connects with the artist’s interest in how his art can absorb and reflect meaning from and to the viewer. He states: ‘I want my paintings to be obvious, so that when you see them you feel that I have painted something you were thinking yourself, as if I have stolen the thought from you. This is what I mean by empathy’.

Sean Scully’s extraordinary achievement will be recognised in 2018 by no less than 10 solo exhibitions at museums and institutions around the world, including Sean Scully: Landline, a major exhibition at the Hirshhorn Museum, Washington D.C. from 13 September. His exhibition at Blain|Southern falls amongst a series of institutional shows across the UK, including his largest-ever presentation of sculptures at Yorkshire Sculpture Park from 29 September.