Halsey McKay presents Scott Olson’s first solo show with the gallery. Olson’s newest body of work is geometric, organic and grounded in a fascination with music, improvisation and performance. The six paintings on view embody musicality and the room invokes a rhythmic visual concert that plays like improvised jazz. 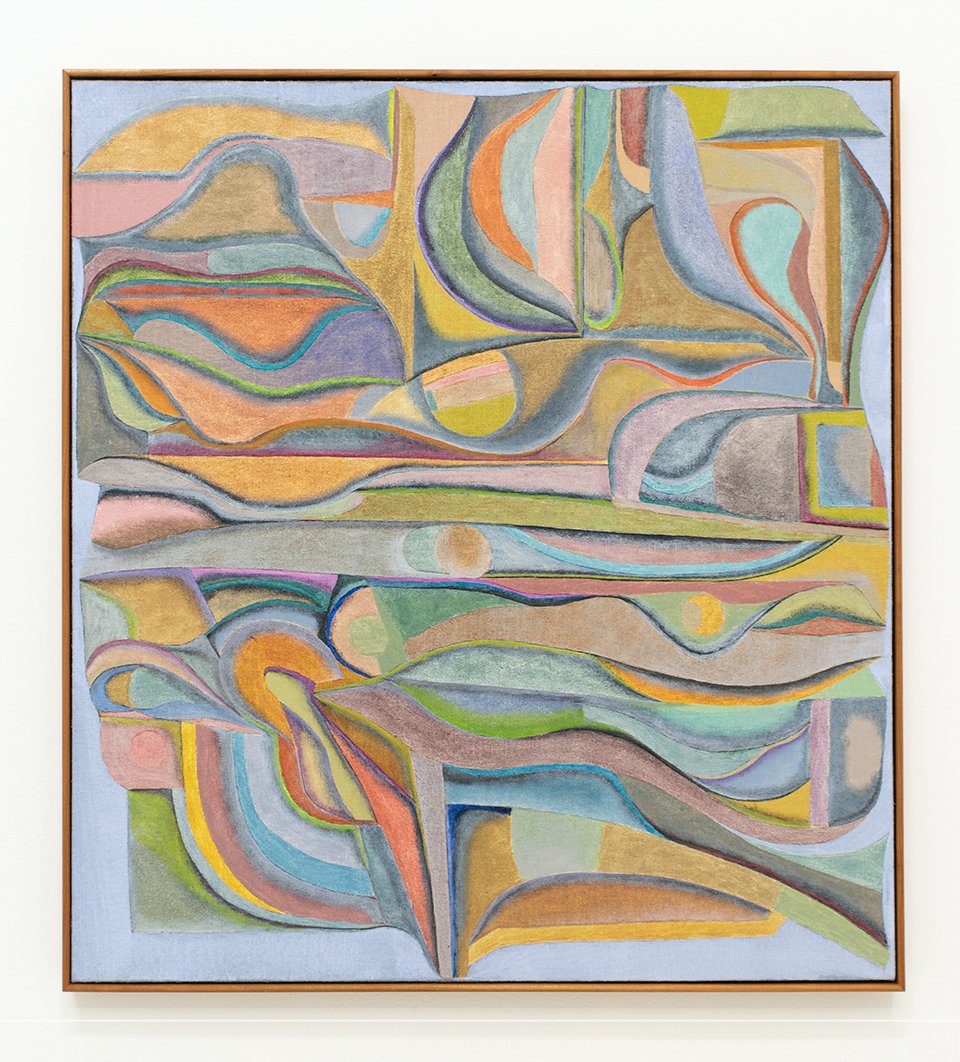 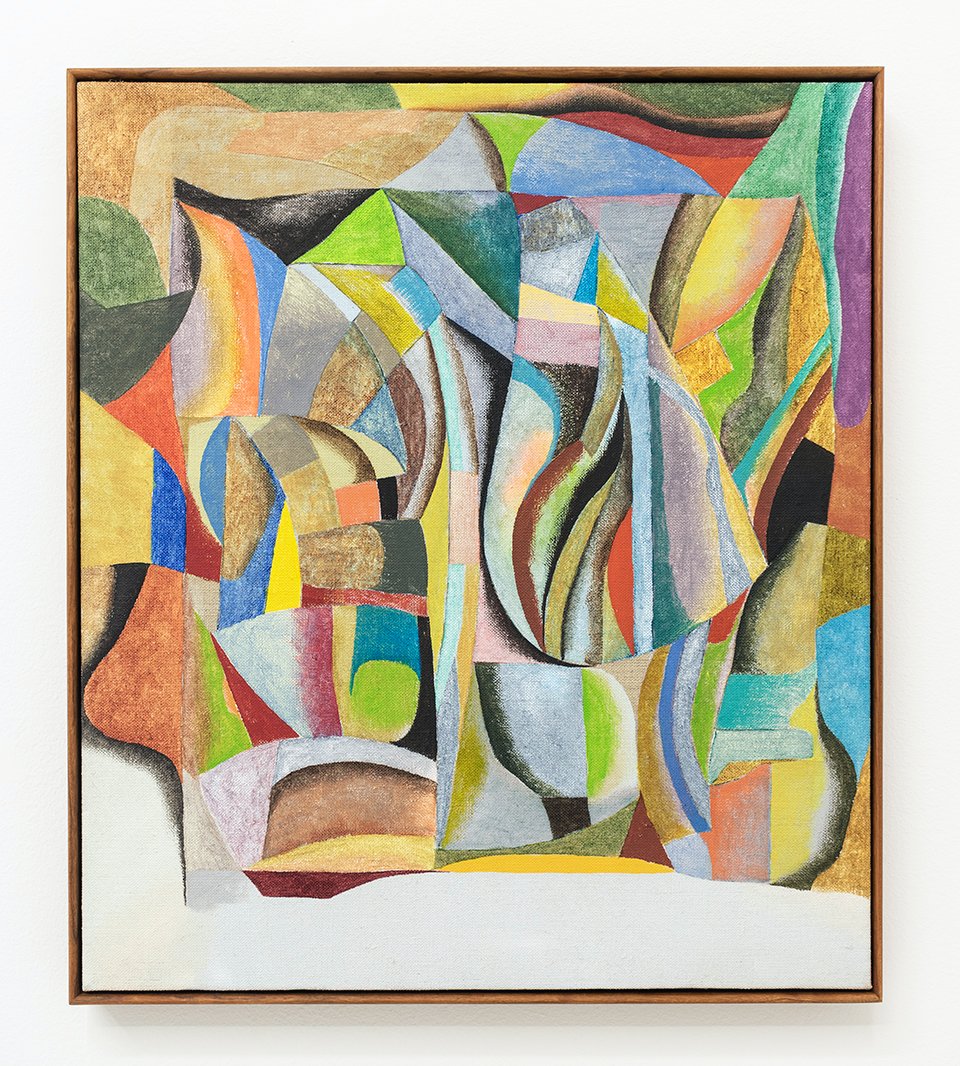 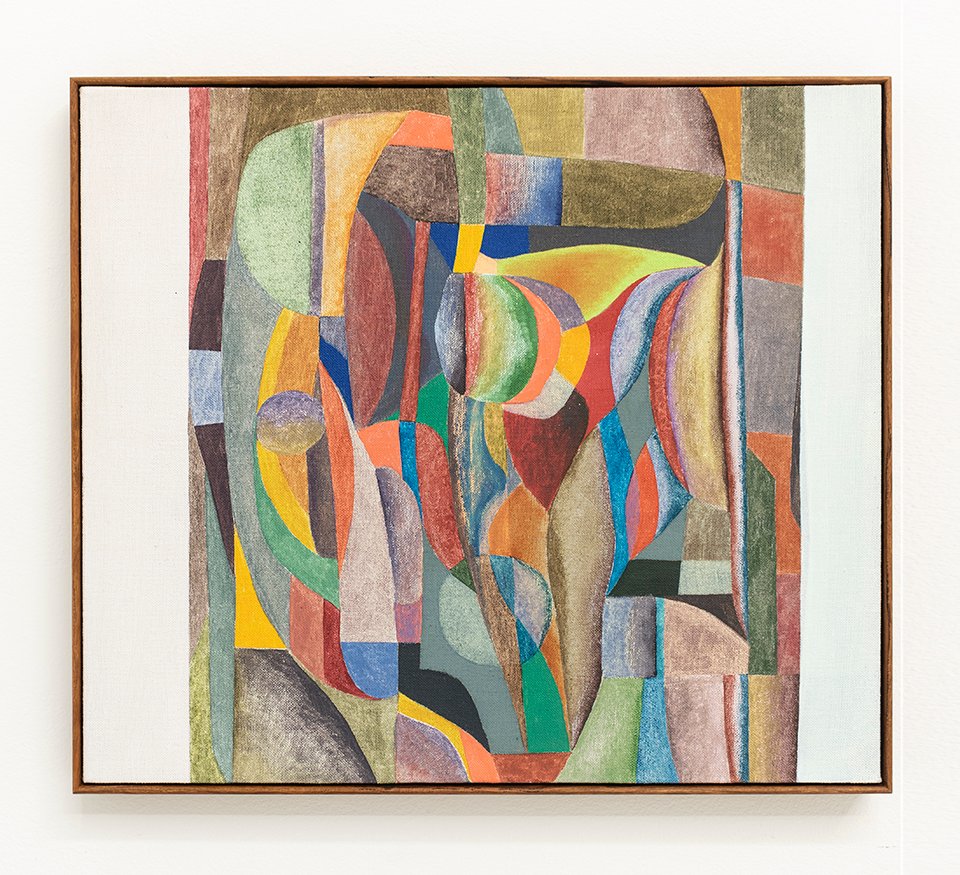 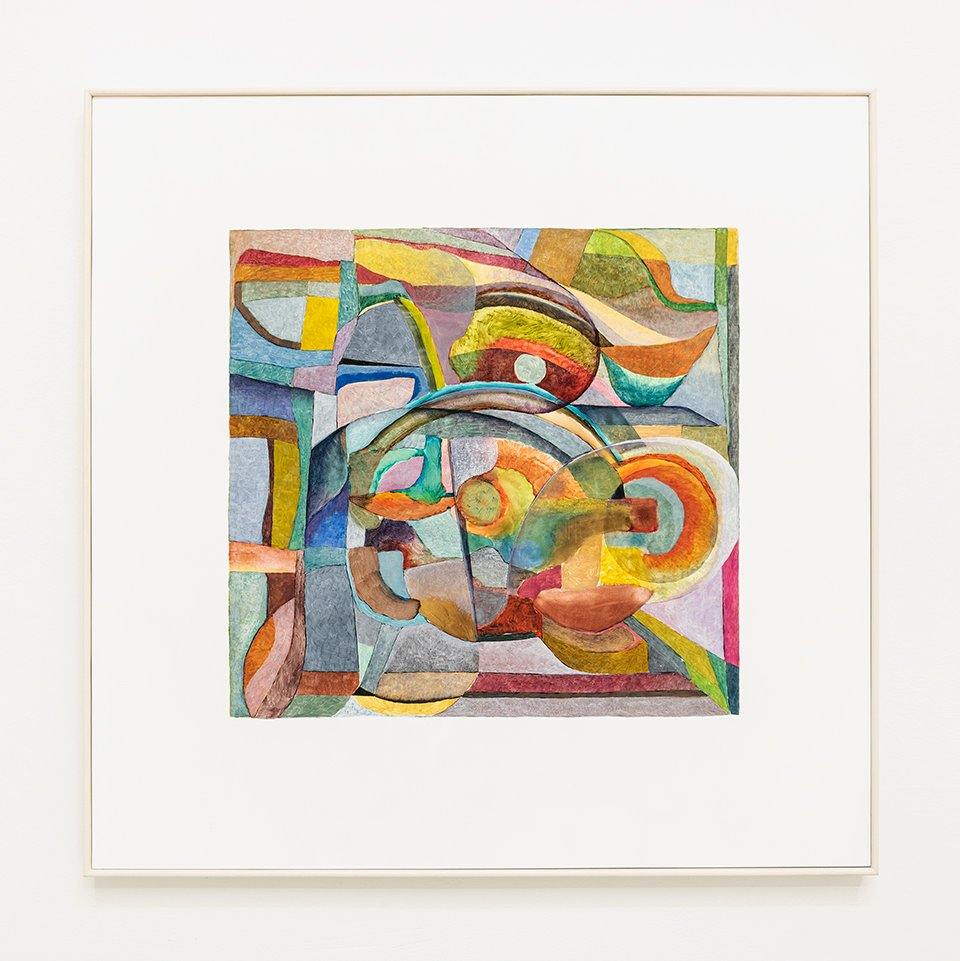 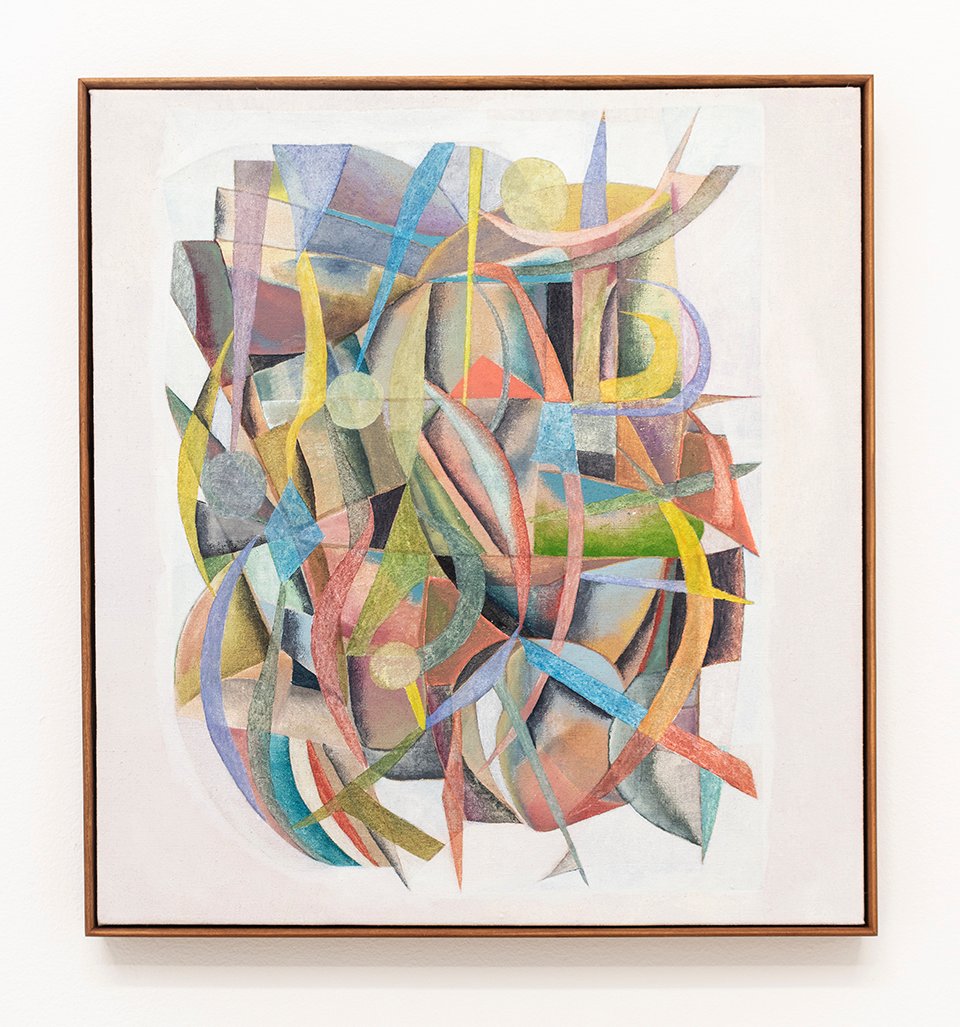 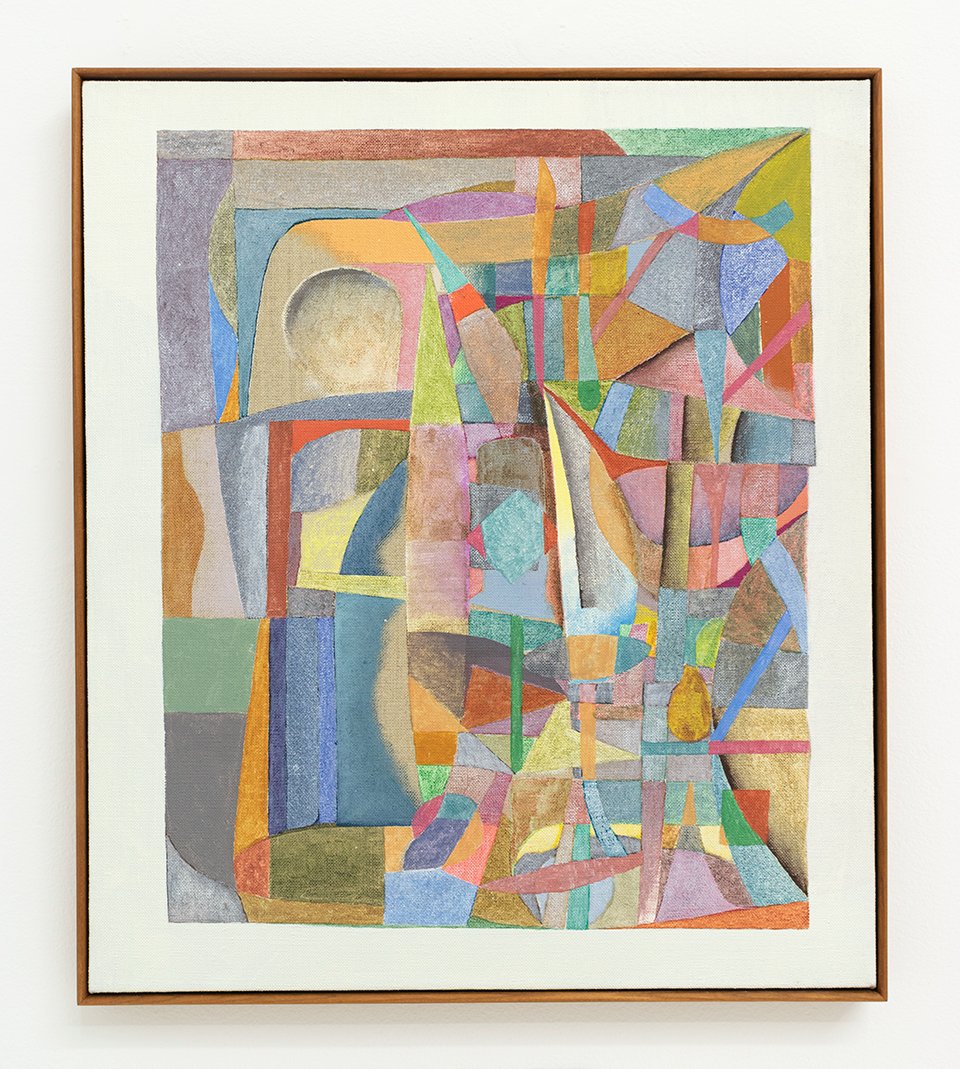 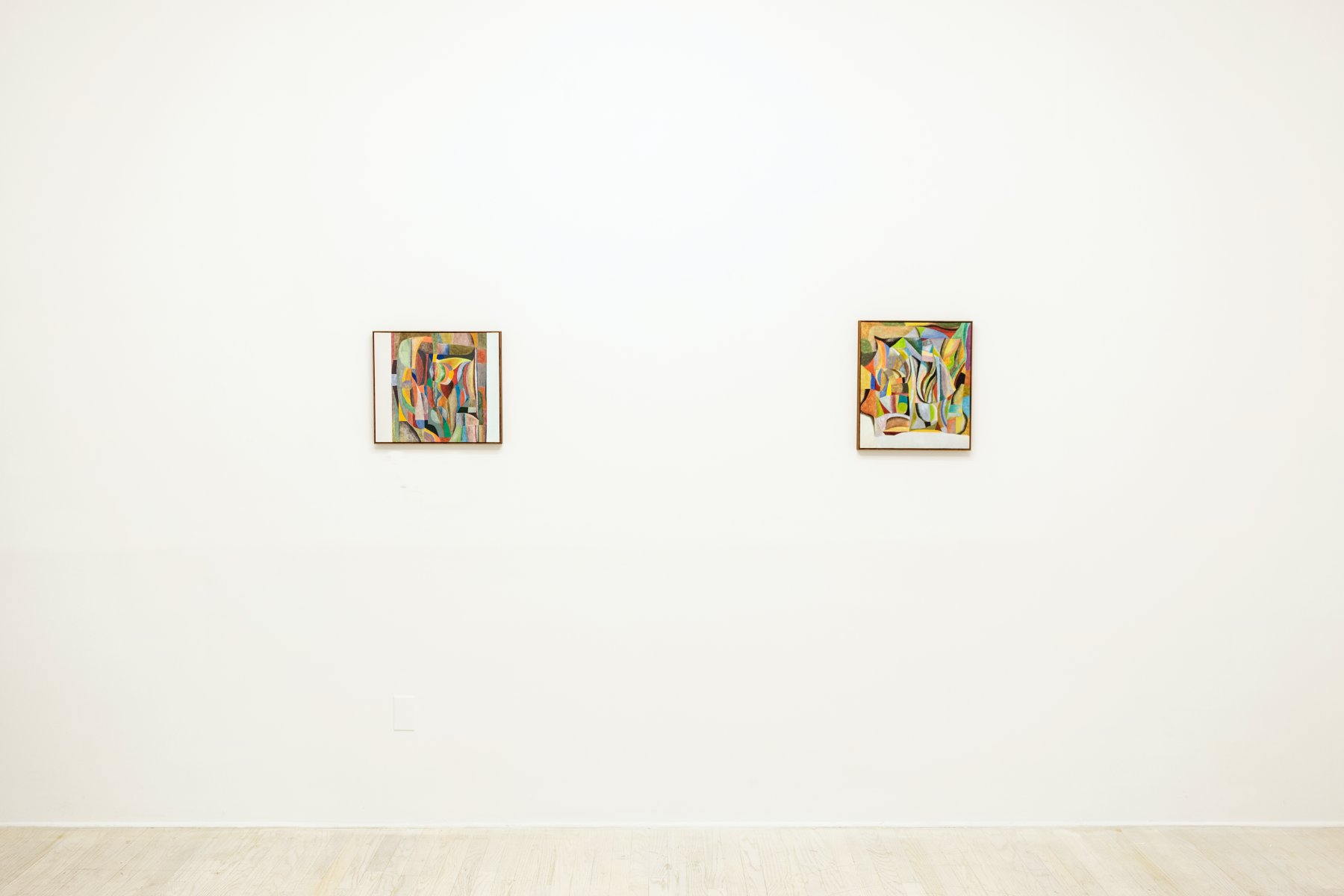 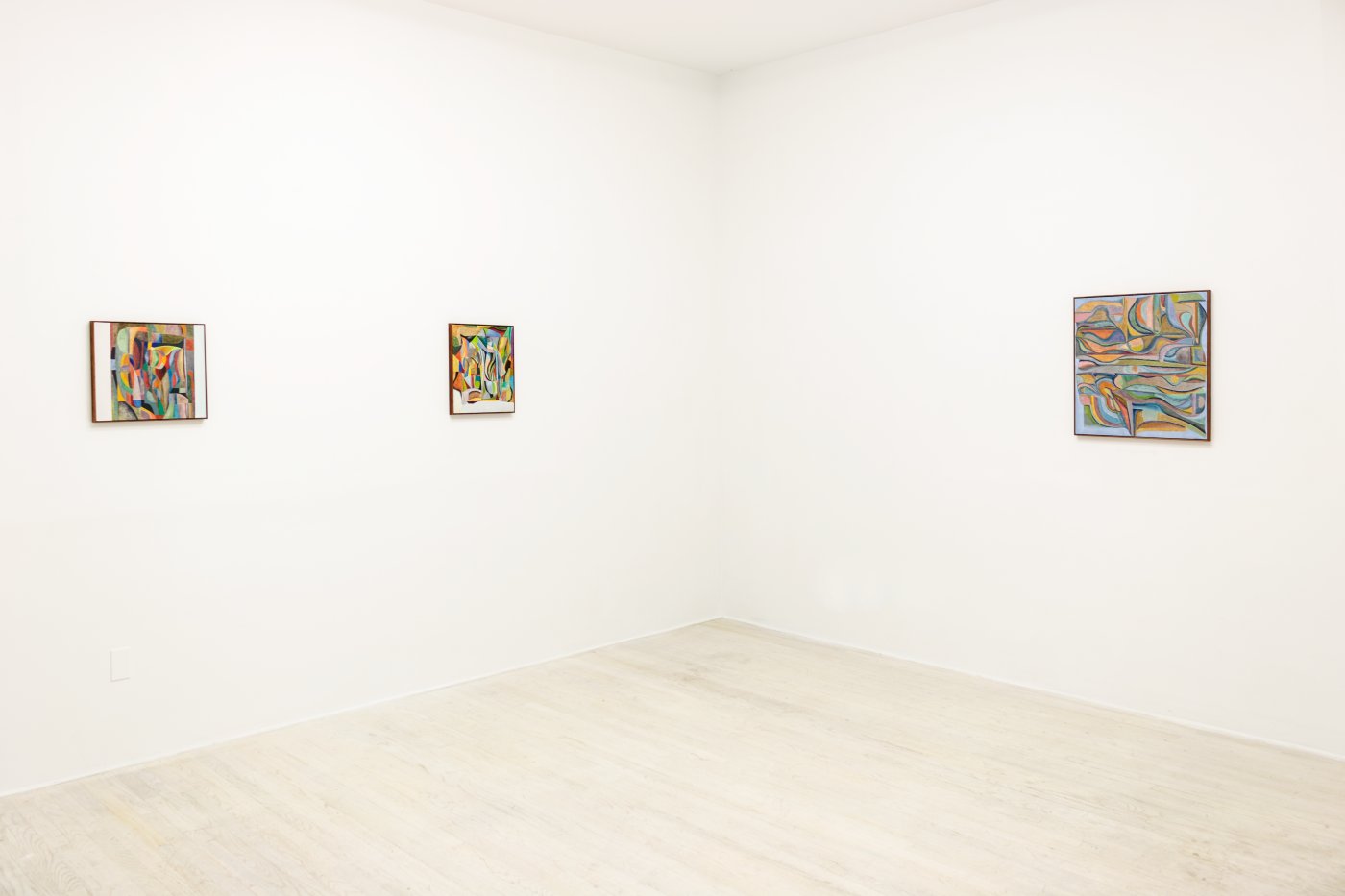 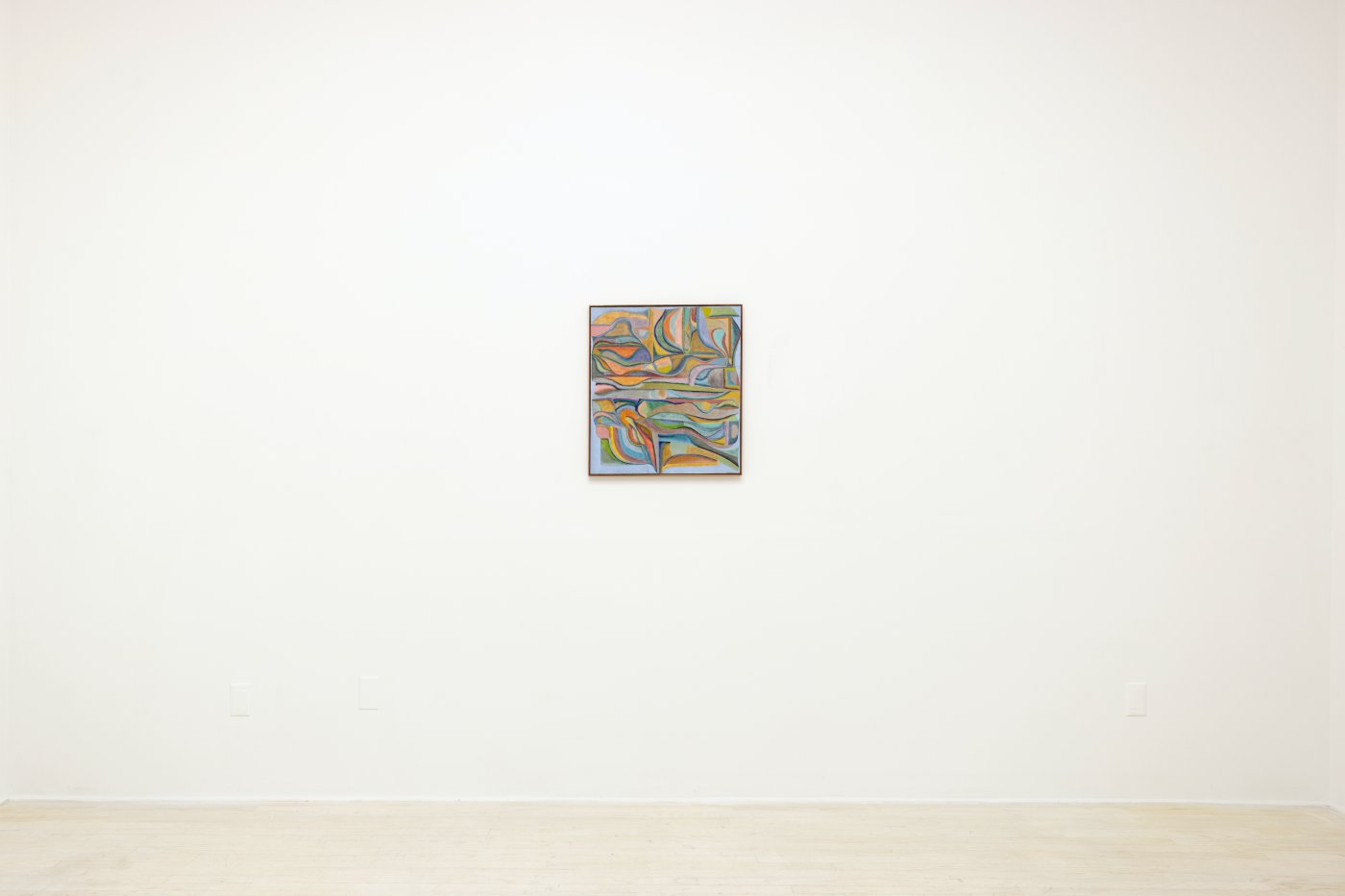 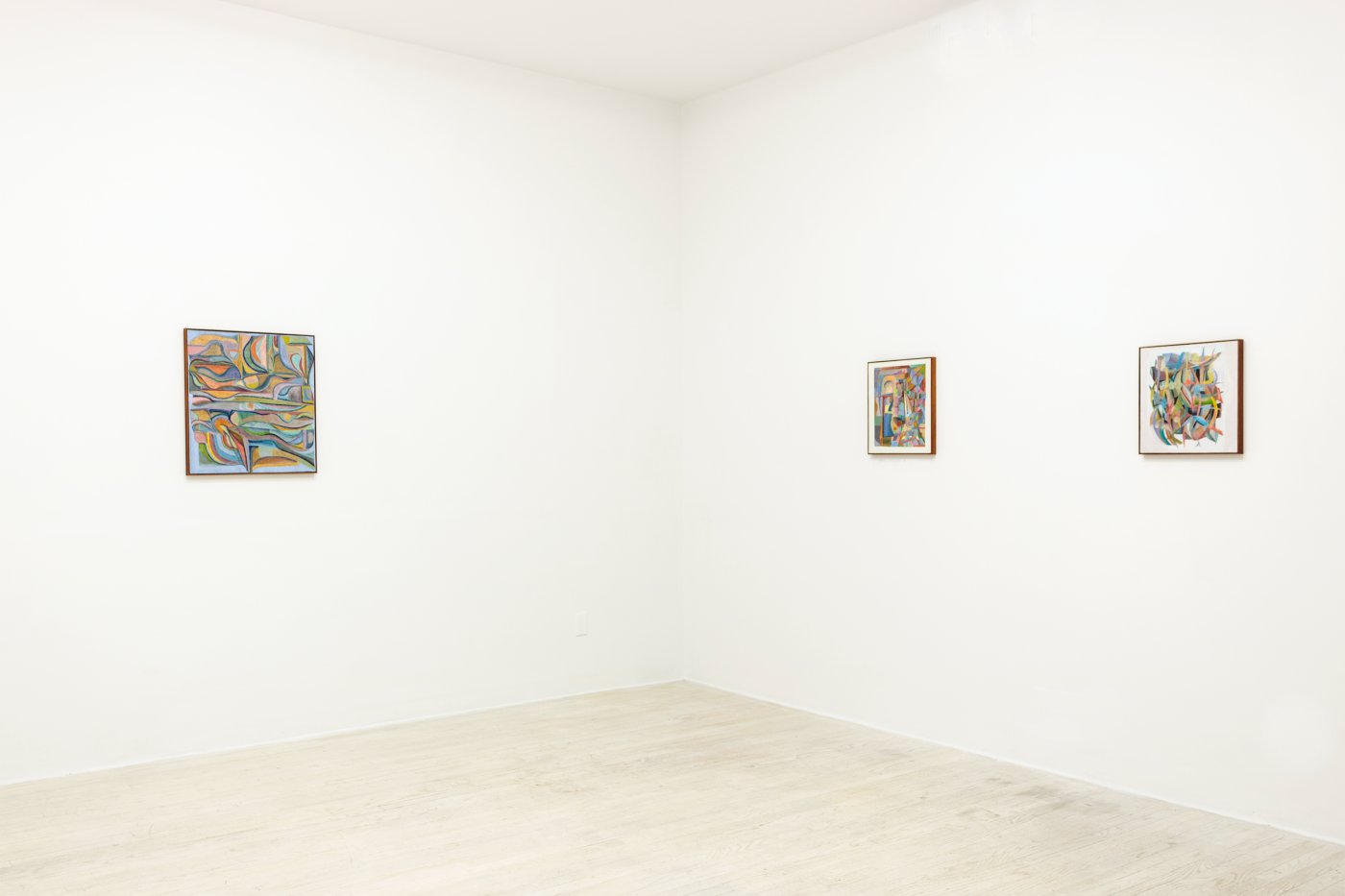 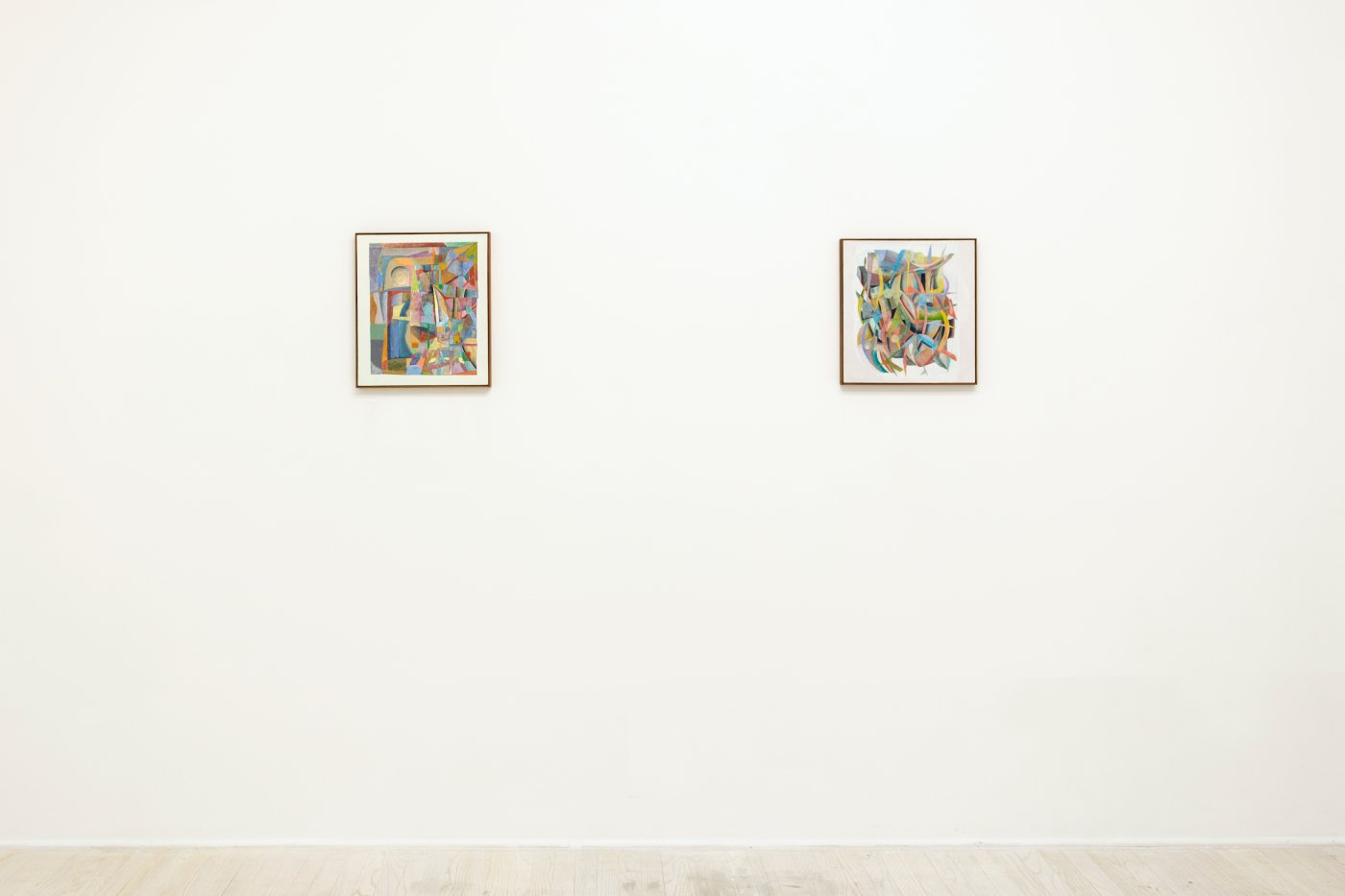 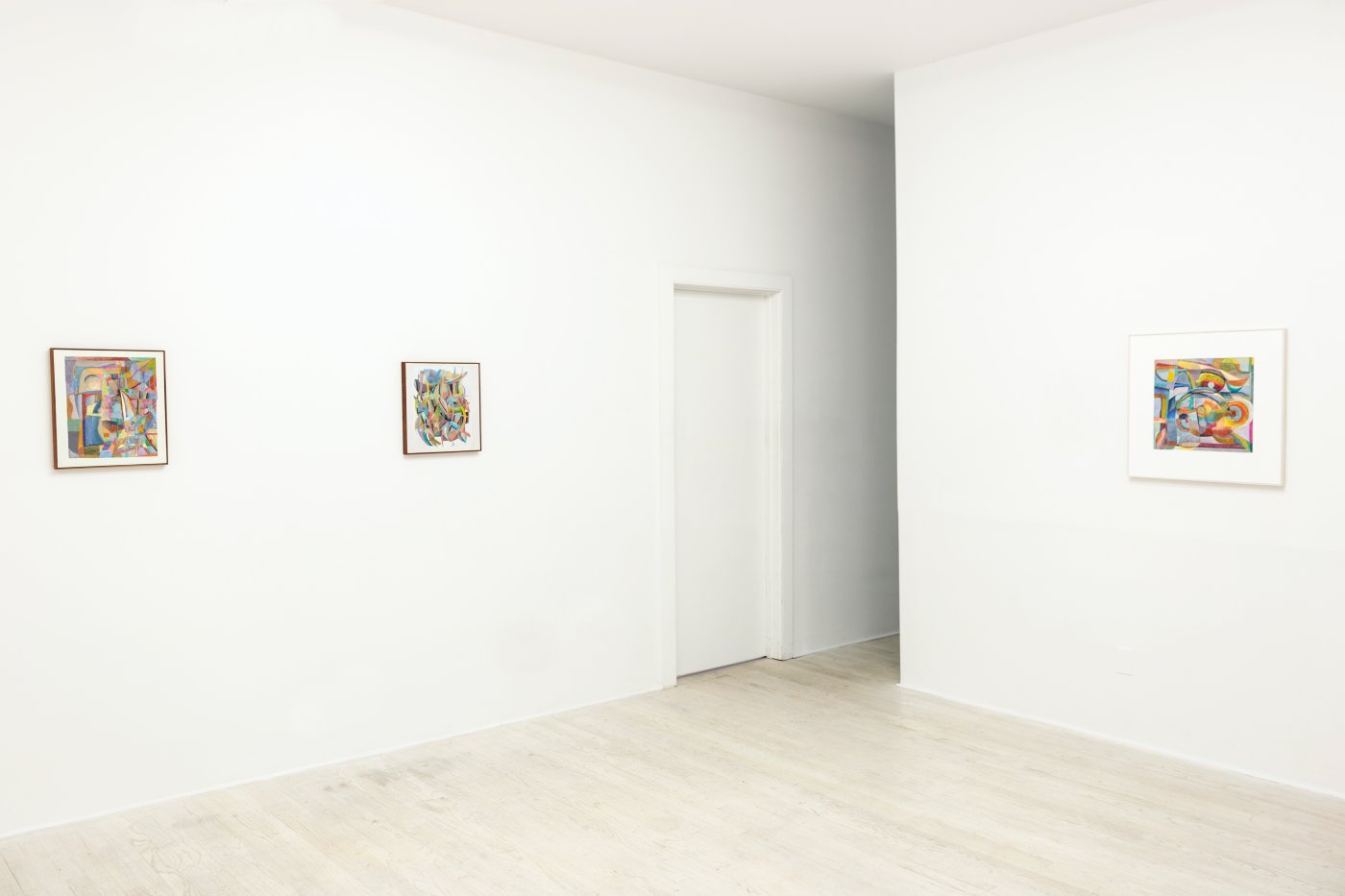 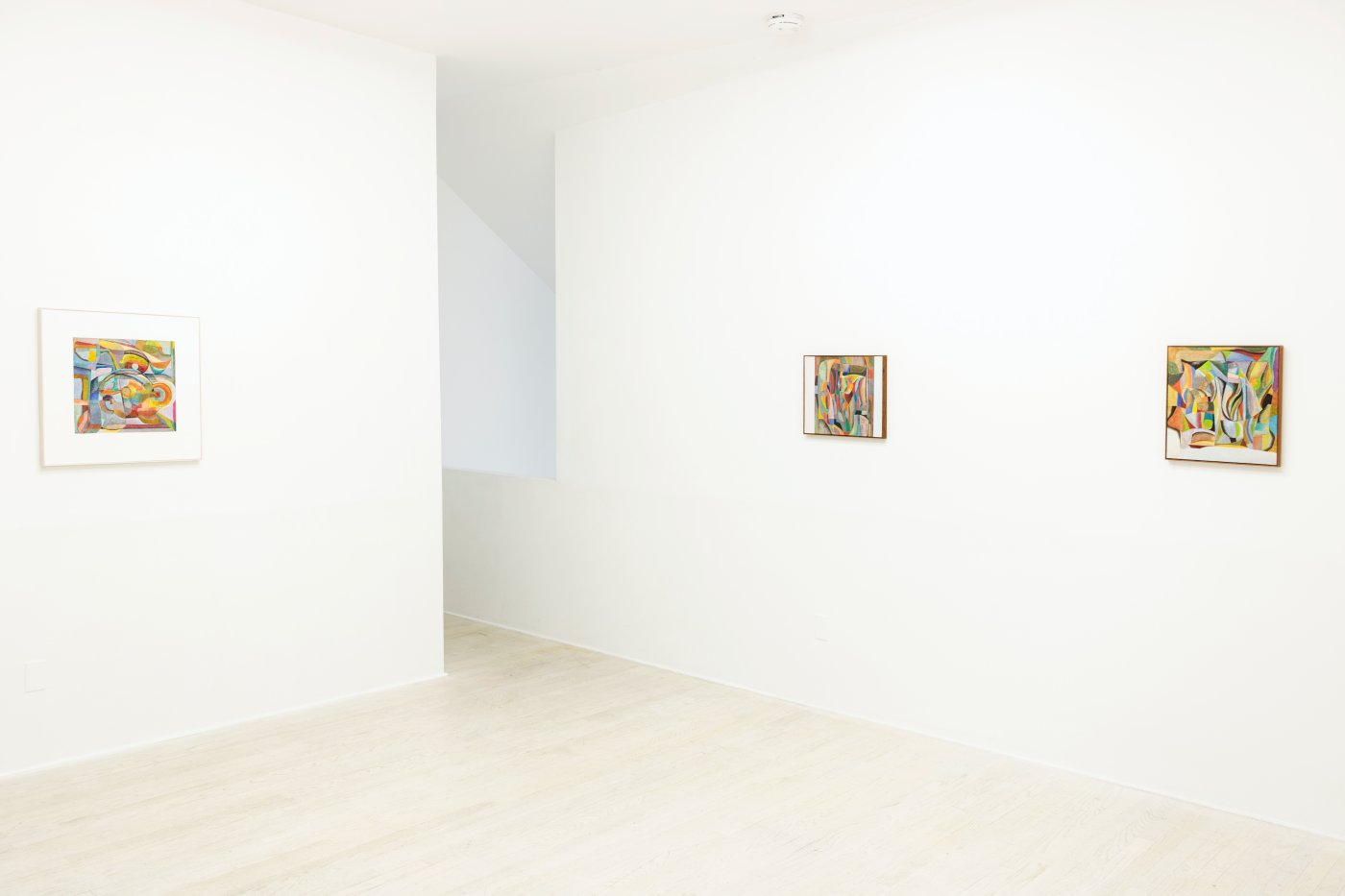 Scott Olson’s studio practice is ever evolving with the reimagining and creation of new painting tools and approaches to layering. His unique mark-making is realized by combining brushes with unconventional tools he collects or constructs himself. By layering, masking and scraping, the compositions of each work are a record of his movements as he labors to pack intesity into a compact area. He is observant of the power material properties have to dictate a works’s final outcome, the subtlety of variables and the finality of the results on the whole.

The paintings come into being slowly and methodically. Each composition emerges as signals from mark, shape and color placement call for responses. The final act is the framing which Olson himself conctructs and stains as both compositional device and demarker of his actions. Olson’s approach to painting calls upon questions that science and alchemy ask about final form, as much as those of painting’s own history.

Describing his work Roberta Smith wrote “the intently improvised geometries of Olson…evoke manuscript illumination filtered through Constructivism and other abstract styles. His colors have…a retroactive subtlety; frequently the are translucent, to reveal the complex decisions and elaborate processes packed into each work. The forms are laid on in thin glazes with fine, varied textures, creating echo chambers of form that suggest jewels, flattened out.”

Scott Olson (b. 1976, Syracuse, New York) has been the subject of several solo exhibitions in New York, Los Angeles, Berlin and Stockholm. In 2017, the Cleveland Museum of Art organized a solo exhibition of his work, presented at the Transformer Station, Cleveland, OH. His work is included in the permanent collections of institutions including the Albright-Knox Art Gallery, Buffalo; the Hammer Museum, Los Angeles; and the Cleveland Museum of Art. Olson has been included inumerous group exhibitions, including City Prince/sses, curated by Chris Sharp, at the Palais de Tokyo, Paris, France (2019); The Great Lakes Research, a part of FRONT International: Cleveland Triennial for Contemporary Art at the Cleveland Institute of Art (2018); The Young Years at the Tang Teaching Museum, Skidmore College; Realization is Better than Anticipation, MOCA Cleveland (2013) and Painter Painter at the Walker Art Center, Minneapolis, MN (2013). The artist currently lives and works in Kent, Ohio.