Almine Rech New York presents an exhibition by Scott Kahn, featuring 15 paintings dated from 1982 to 2022. This is Kahn’s second solo exhibition with the gallery. 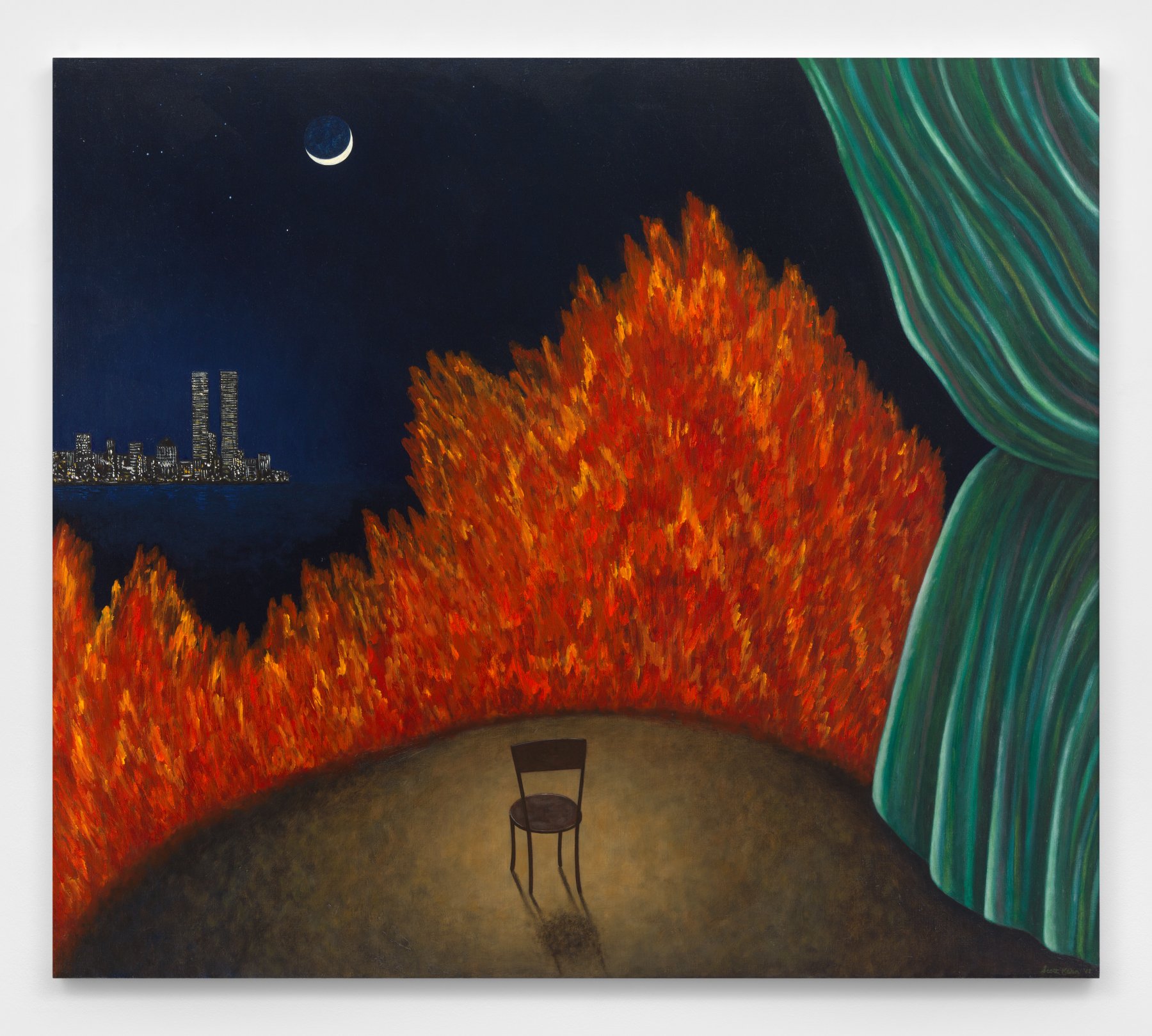 Scott Kahn (born 1946 in Springfield, Massachusetts) is an American painter with a long exhibition history, primarily in New York, and abroad. Kahn draws inspiration from life and considers his oeuvre to be a visual diary of the world around him. His subject matter reflects the people and places which he experiences. Drawing from memory and imagination, his work has a dream-like, surreal quality.

For the last several years Kahn has been working at home in Westchester, New York, but maintains a studio in Brooklyn. He received his BA from the University of Pennsylvania and an MFA from Rutgers University. He spent a year in Theodoros Stamos’ class at the Art Students League in New York.

Kahn has been a recipient of awards from the Pollock Krasner Foundation and a residency at the Edward Albee Foundation in Montauk. His work is included in major corporations and two museums in China, including the Long Museum, and the ICA Miami in Florida. His work is in the collection of the University of Pennsylvania, his alma mater.