Jane Lombard Gallery presents Cappuccino in Exile, a new body of work by Sawangwongse Yawnghwe made in response to the Myanmar military coup that began in February of 2021. Using painting both as a mechanism for indexing the present and accessing the past, Yawnghwe explores current events in parallel with his family’s exilement following the Burmese military coup of 1962. 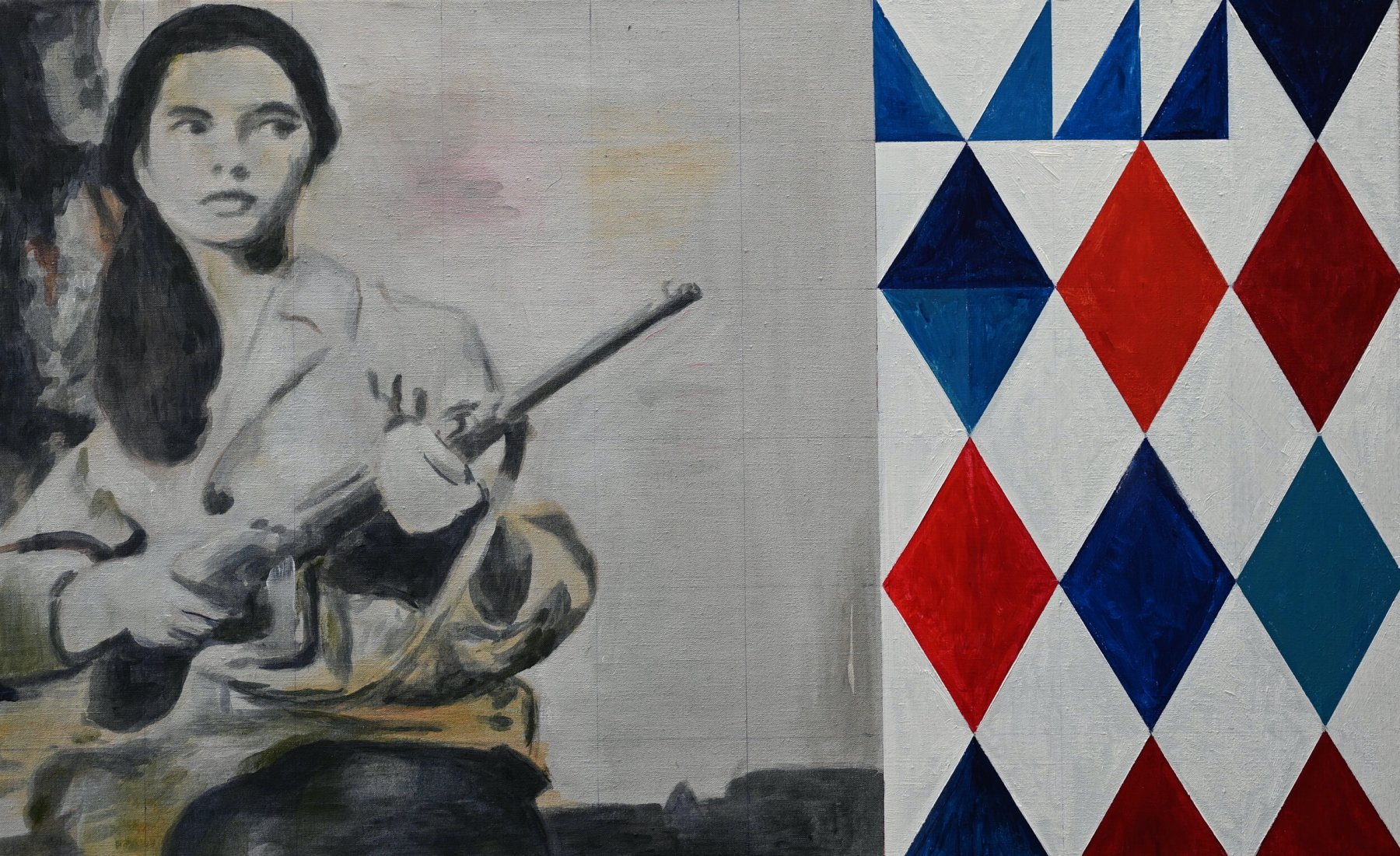 Myanmar (formerly known as Burma) is in turmoil. On the morning of February 1st, 2021, a day before the inauguration of a new administration, a coup began as democratically elected members of the country’s ruling party were forcefully removed from office by the Tatmadaw, Myanmar’s military. Proclaiming a year-long state of emergency, the Tatmadaw declared the results of the November 2020 general election invalid, granting government control to Commander-in-Chief of Defense Services, Min Aung Hlaing, until the outcome could be rectified.

This sparked a country-wide series of protests, known now as the “Spring Revolution.” Protesters, mainly employing peaceful and nonviolent forms of activism, have engaged in labor strikes, military boycotts, civil disobedience, and a series of public campaigns. The leaders of the coup have fought back with tactics including internet/media blackouts, mass detentions, and criminal sentencings, the deployment of pro-military protesters, and instigation as a means to violence. As of early July, nearly 900 lives have been lost at the hands of security forces, with over 5,200 in detention.

Yawnghwe is no stranger to political unrest. Born in the Shan State of Burma in 1971, he comes from the Yawnghwe royal family of Shan; one forced into exile after the Burmese military coup in 1962 by General Ne Win. His painting practice engages contemporary Burmese politics with reference to his family history and the cyclical nature of corruption. Depictions of demonstrators and political figures both from present-day and times past (such as Aung San, Louisa Benson, and Bill Young) are paired with hard-edge geometric designs referencing traditional Burmese textile patterns, which have recently been employed by protesters harnessing the power of old Myanmar lore. It’s been said that women’s bodies and the garments that cover them sap men of their power. Activists have played with this idea and hung women’s undergarments and longyis (long skirts) on clotheslines across streets to deter soldiers from entering protest zones. Many, unwilling to hurt their chances on the frontlines, refused to pass underneath them. By including these textile patterns he is not only indexing the protest events of the present, but referencing the nature of oppression, and the role fear plays in power struggles; a cultural tableau, bearing witness to the continuing military suppression of the democracy movement.

Through this body of work, Yawnghwe emphasizes his position as a Burmese artist and activist living in Europe, one who has the ability to make visible the ongoing struggle of Burma’s people to a broader network through his painting practice. The exhibition’s title, Cappuccino in Exile, not only contextualizes this personal awareness but presents viewers with a political critique on European nations that fund the Burmese Military. A cappuccino consists of rich espresso, topped with a smooth layer of foamed milk and a dash of chocolate garnish; sippable, luxurious, rich and relaxing. It’s always easy to sip a cappuccino from safety.