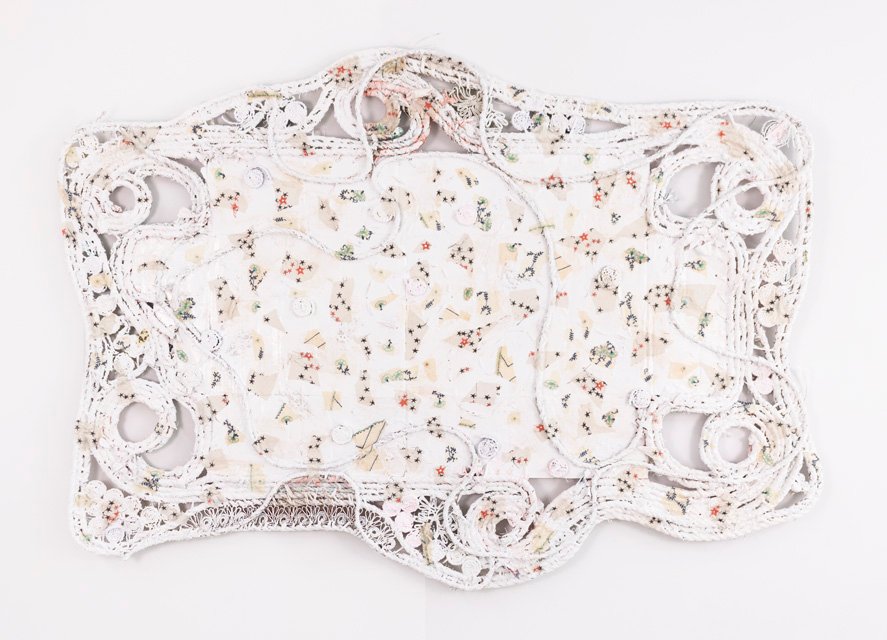 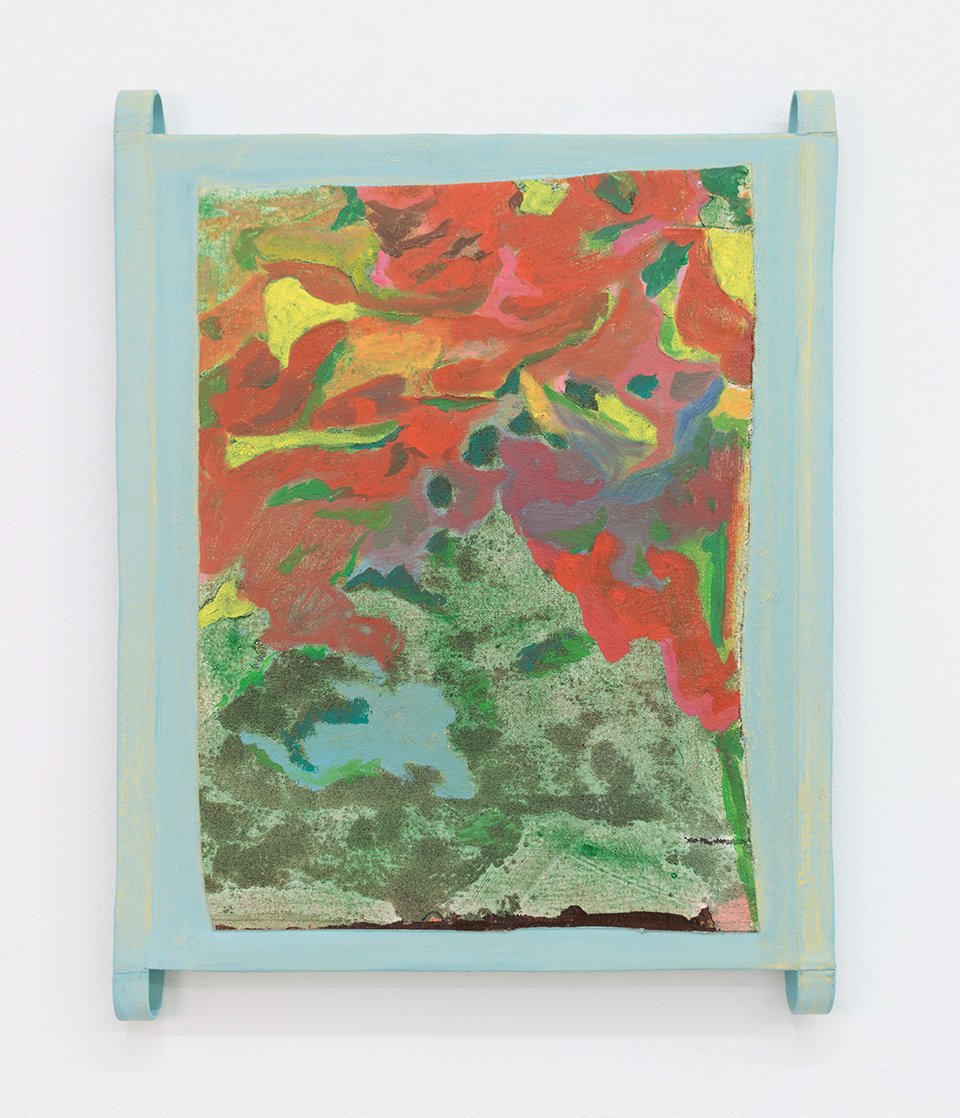 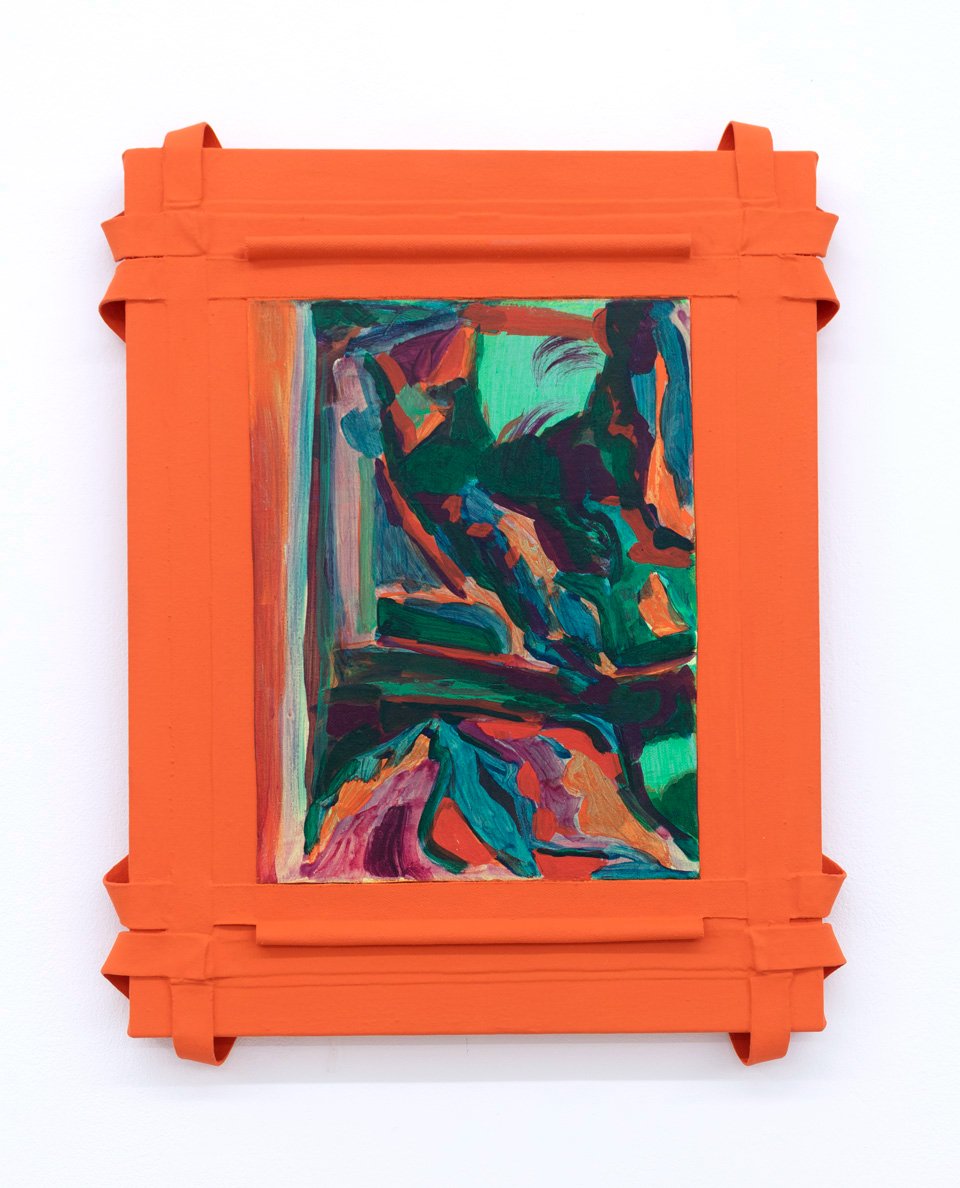 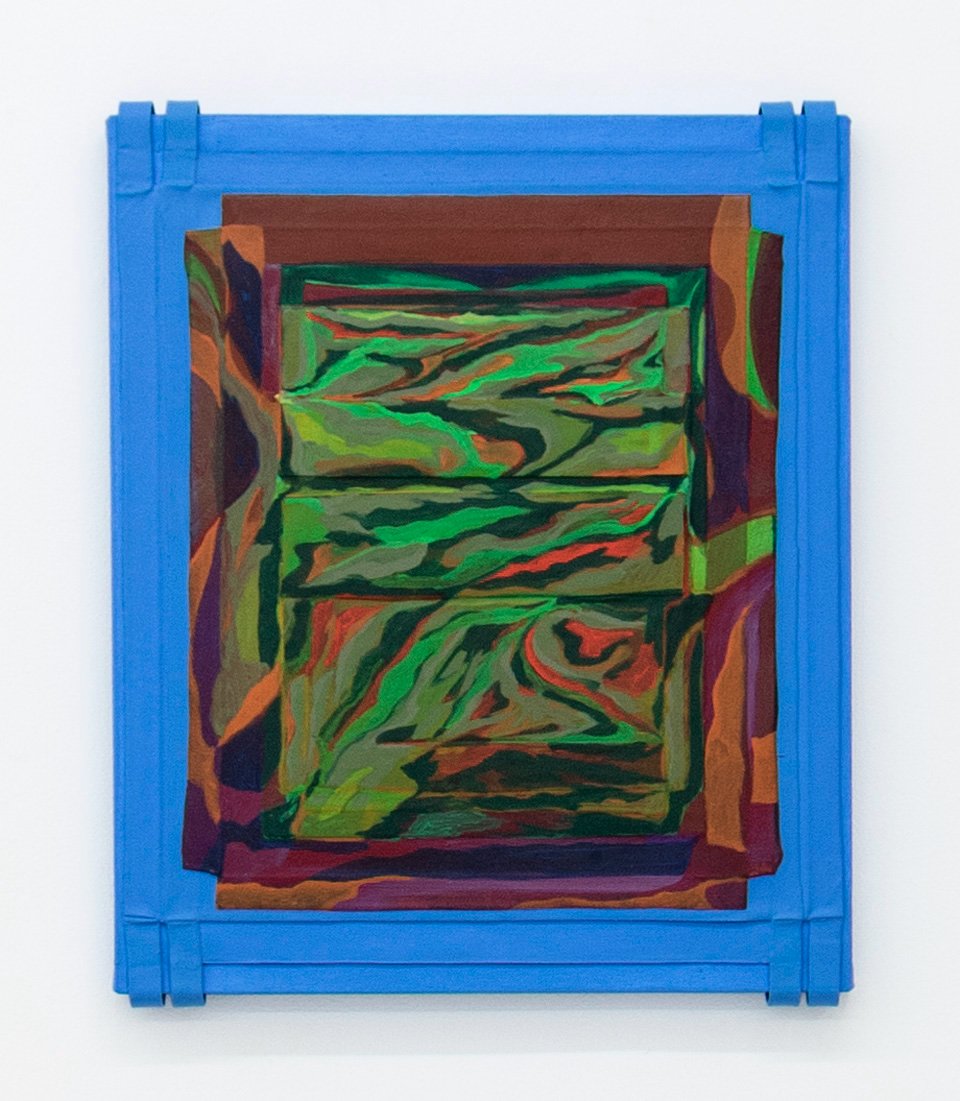 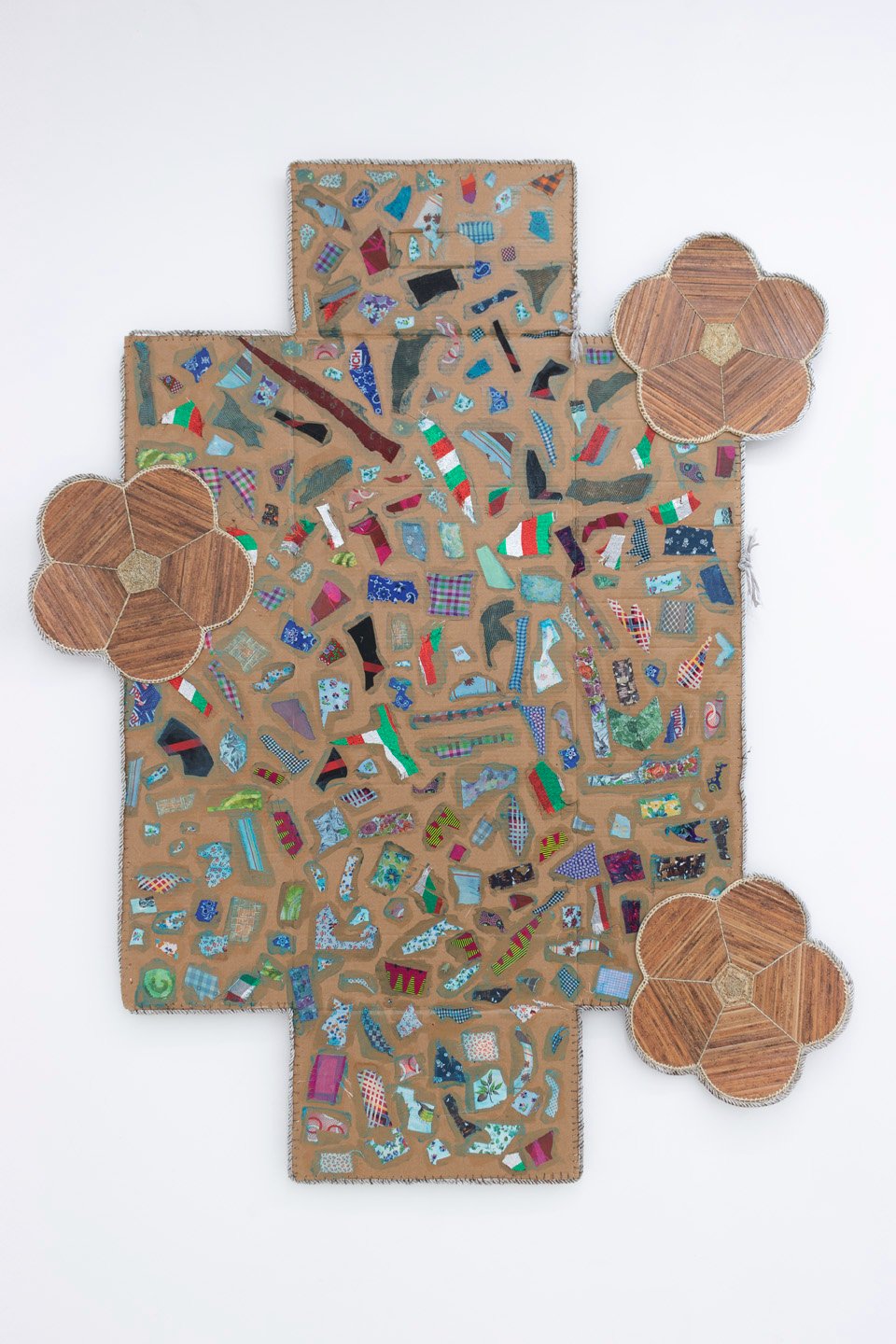 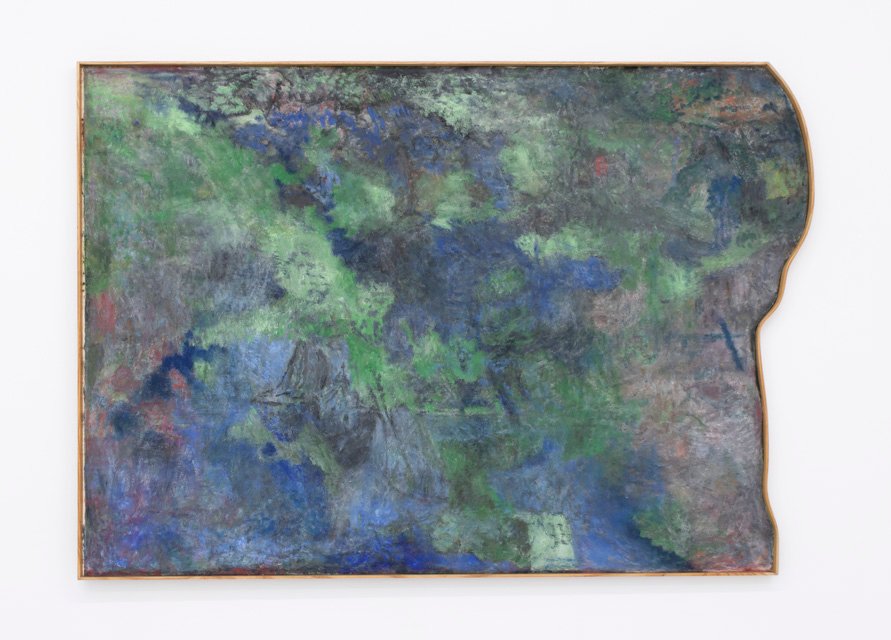 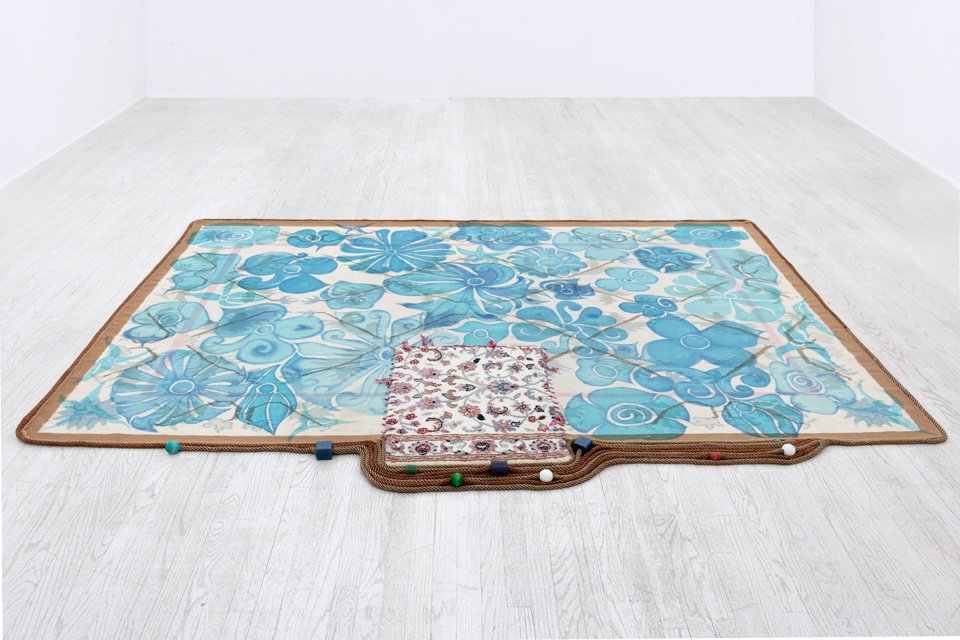 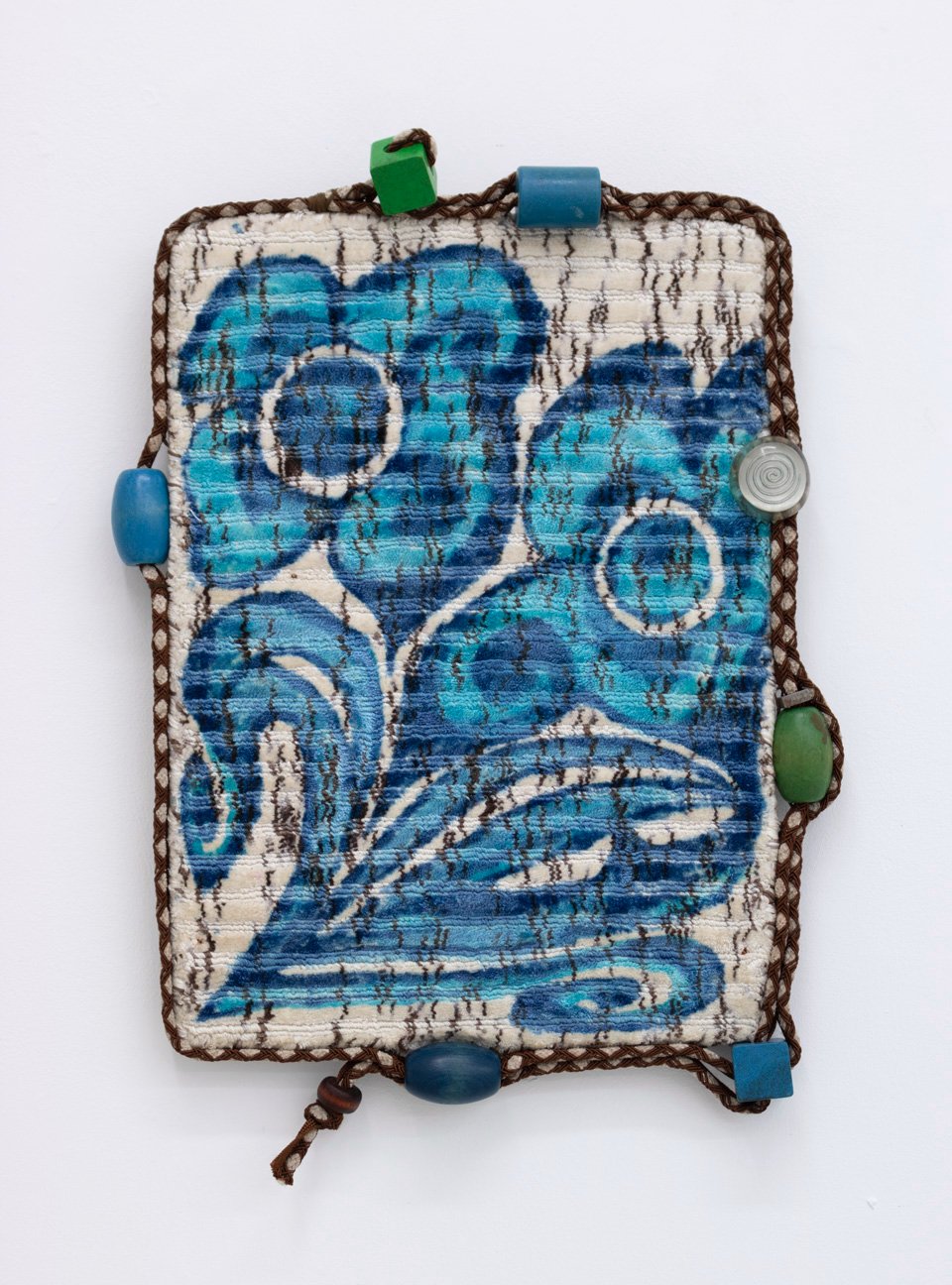 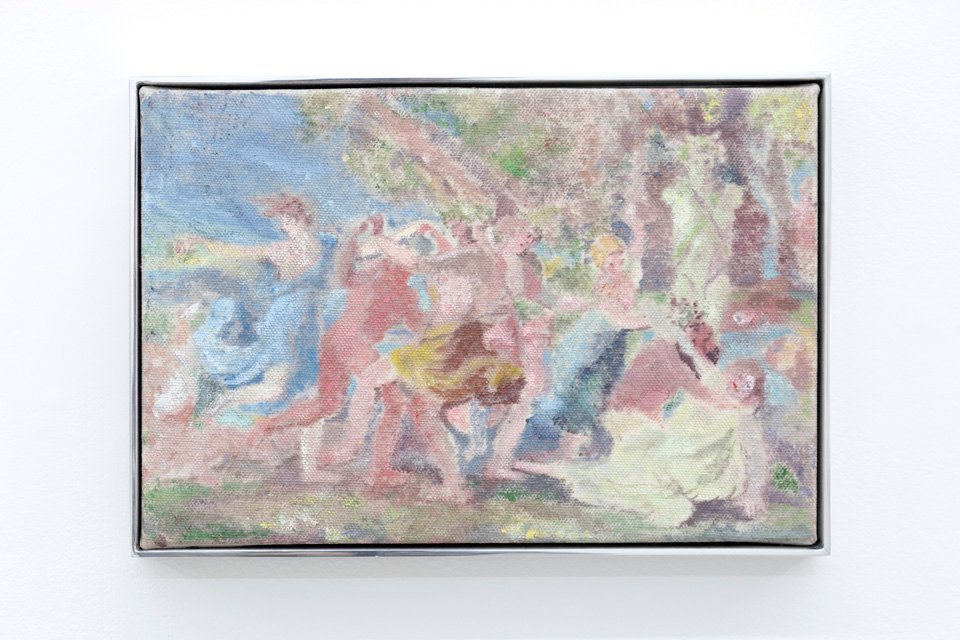 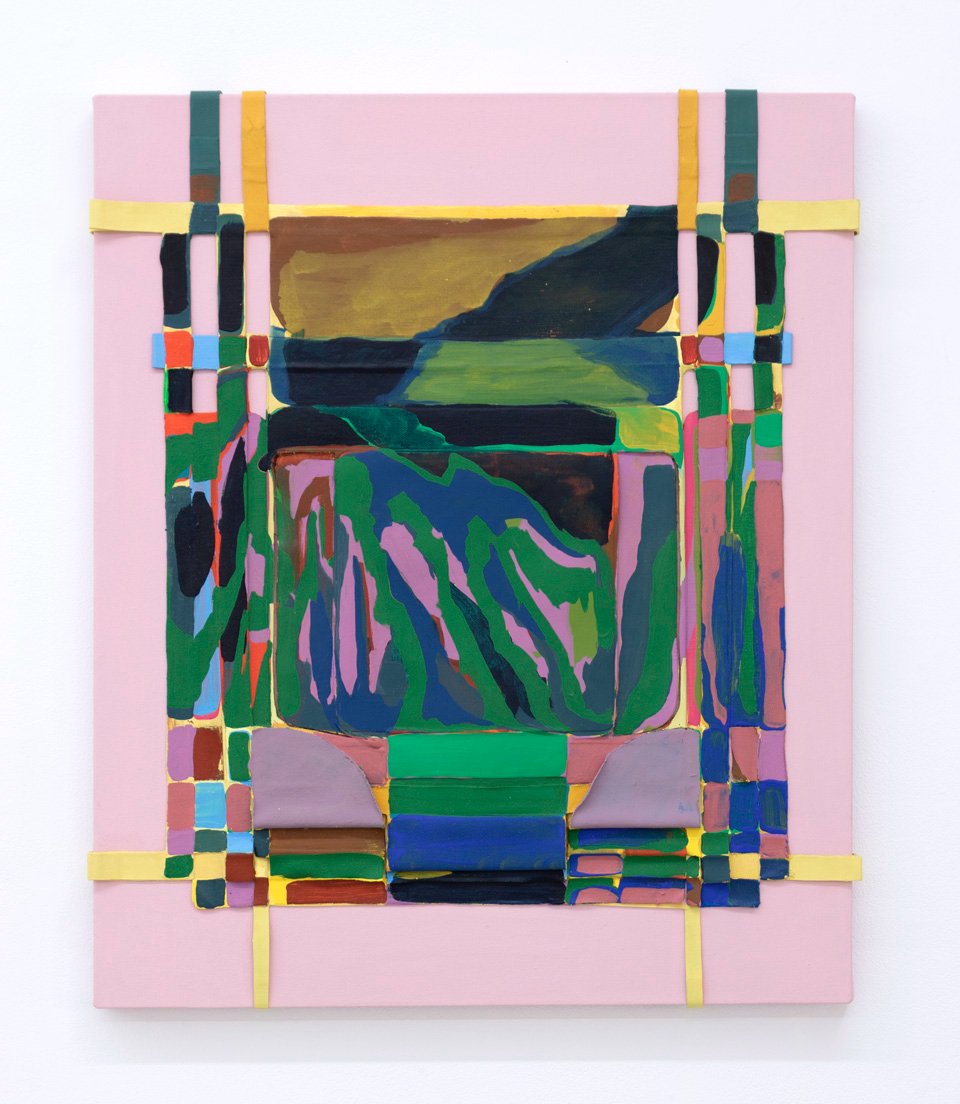 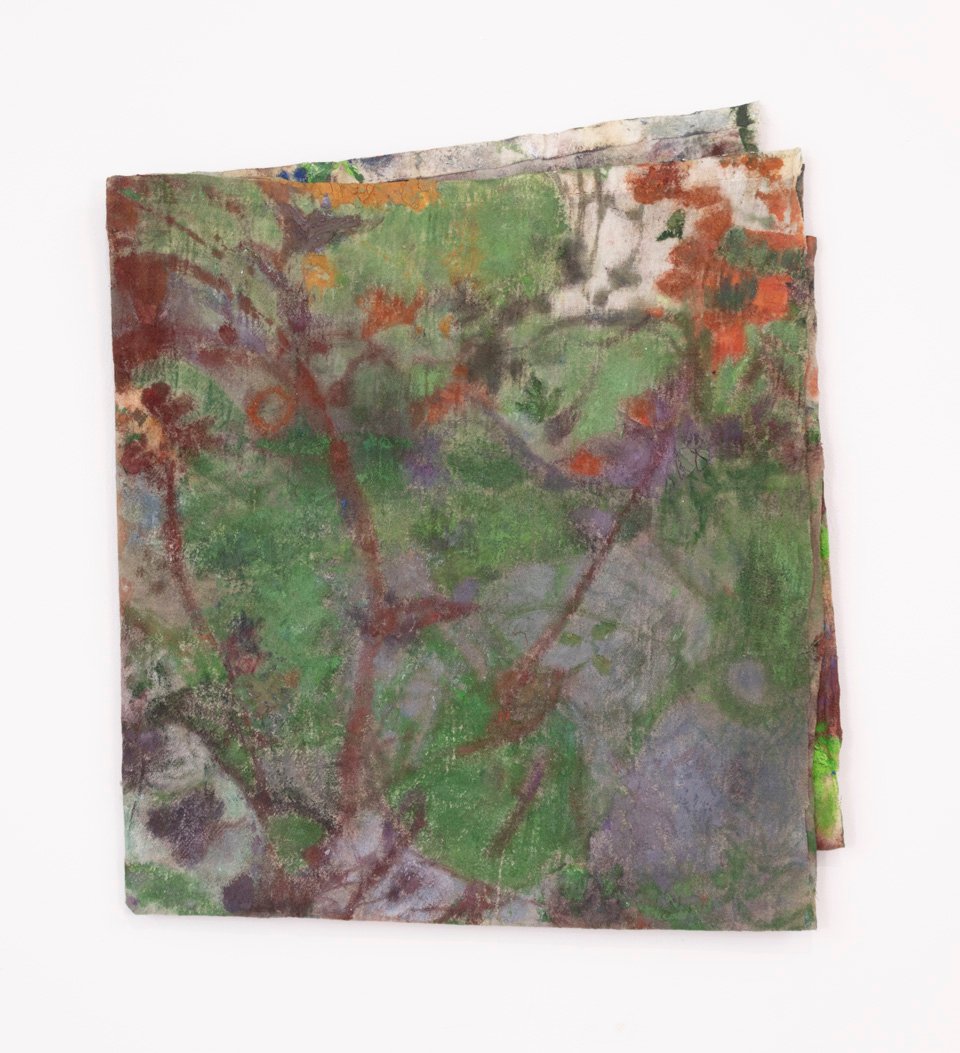 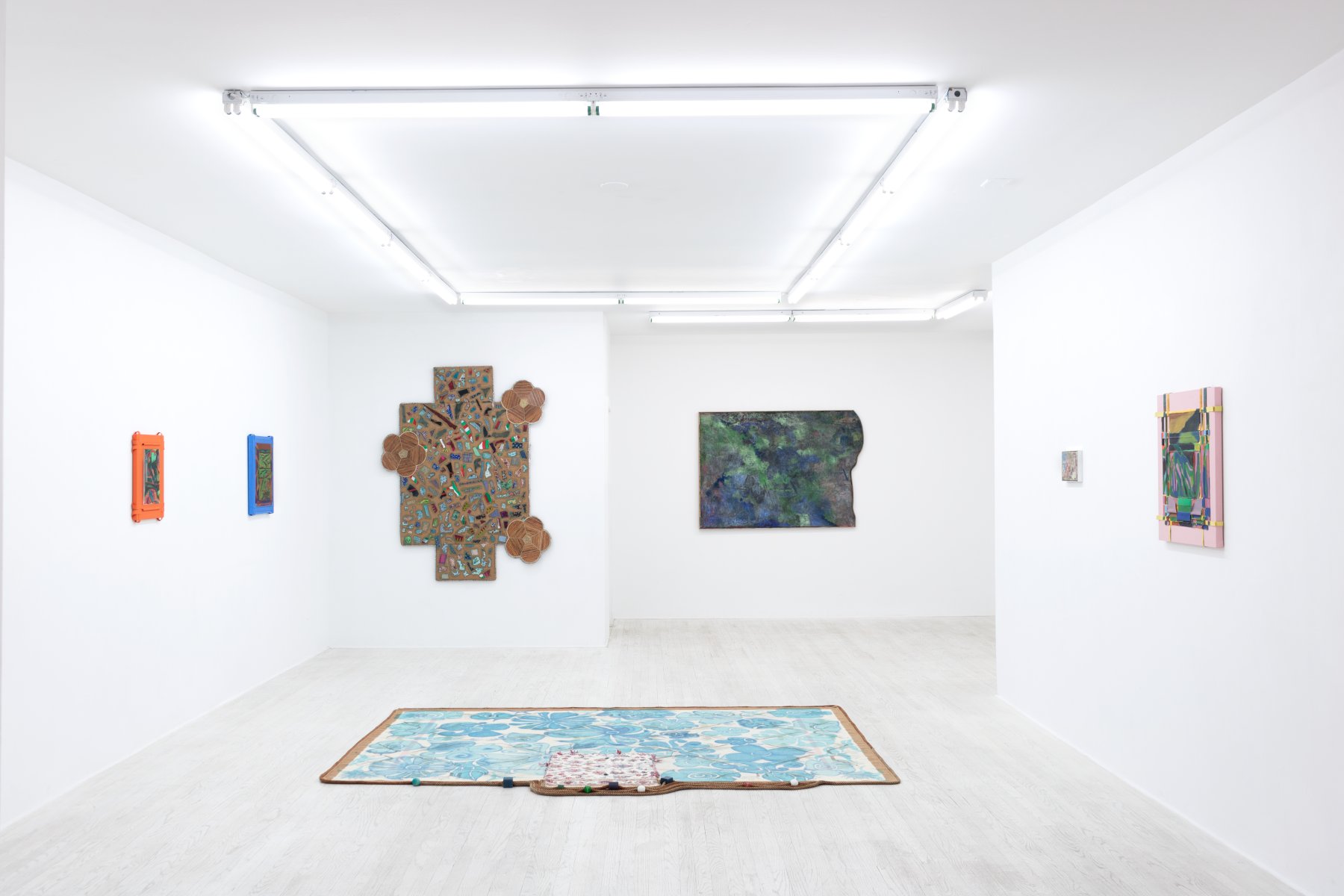 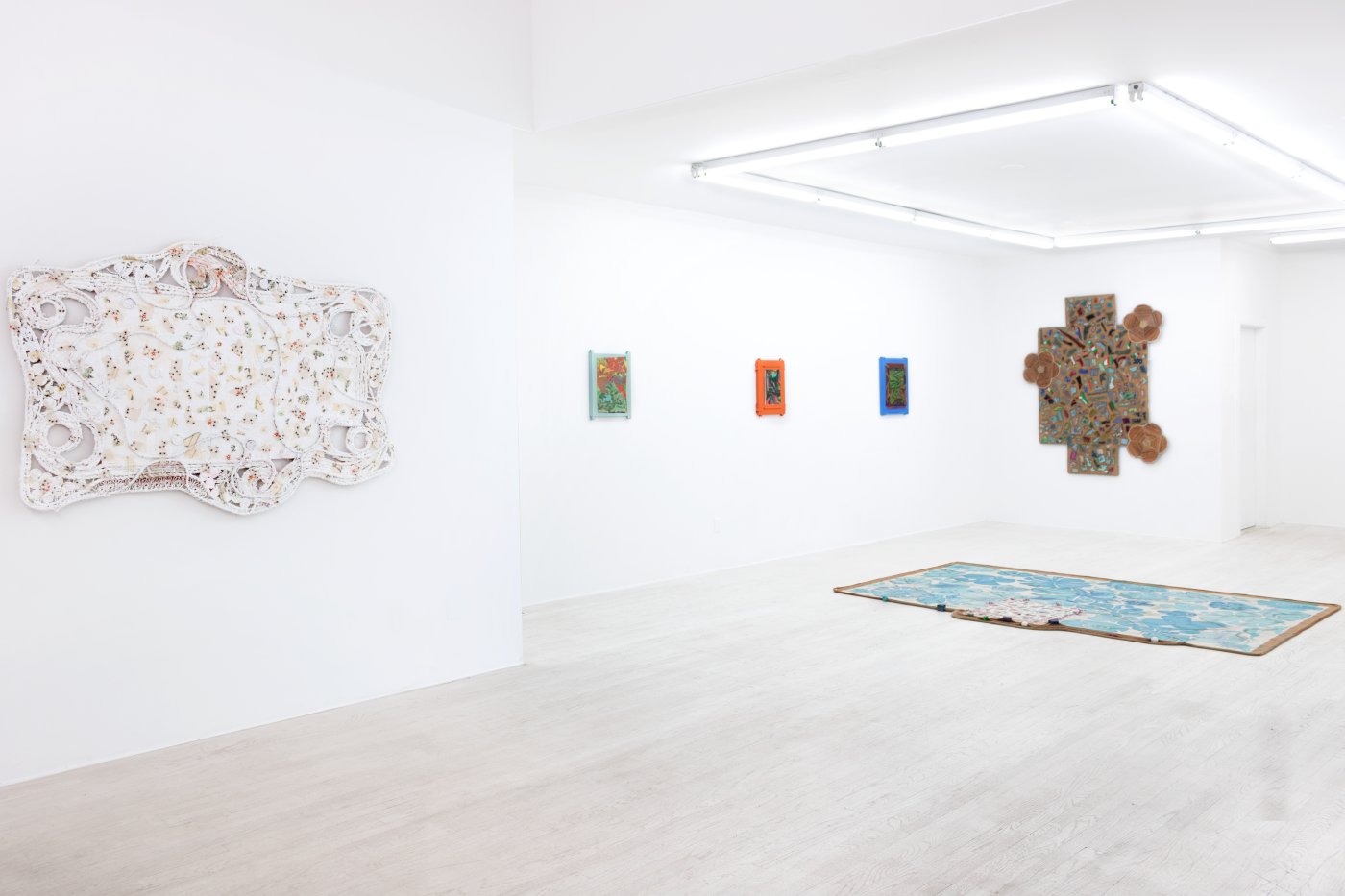 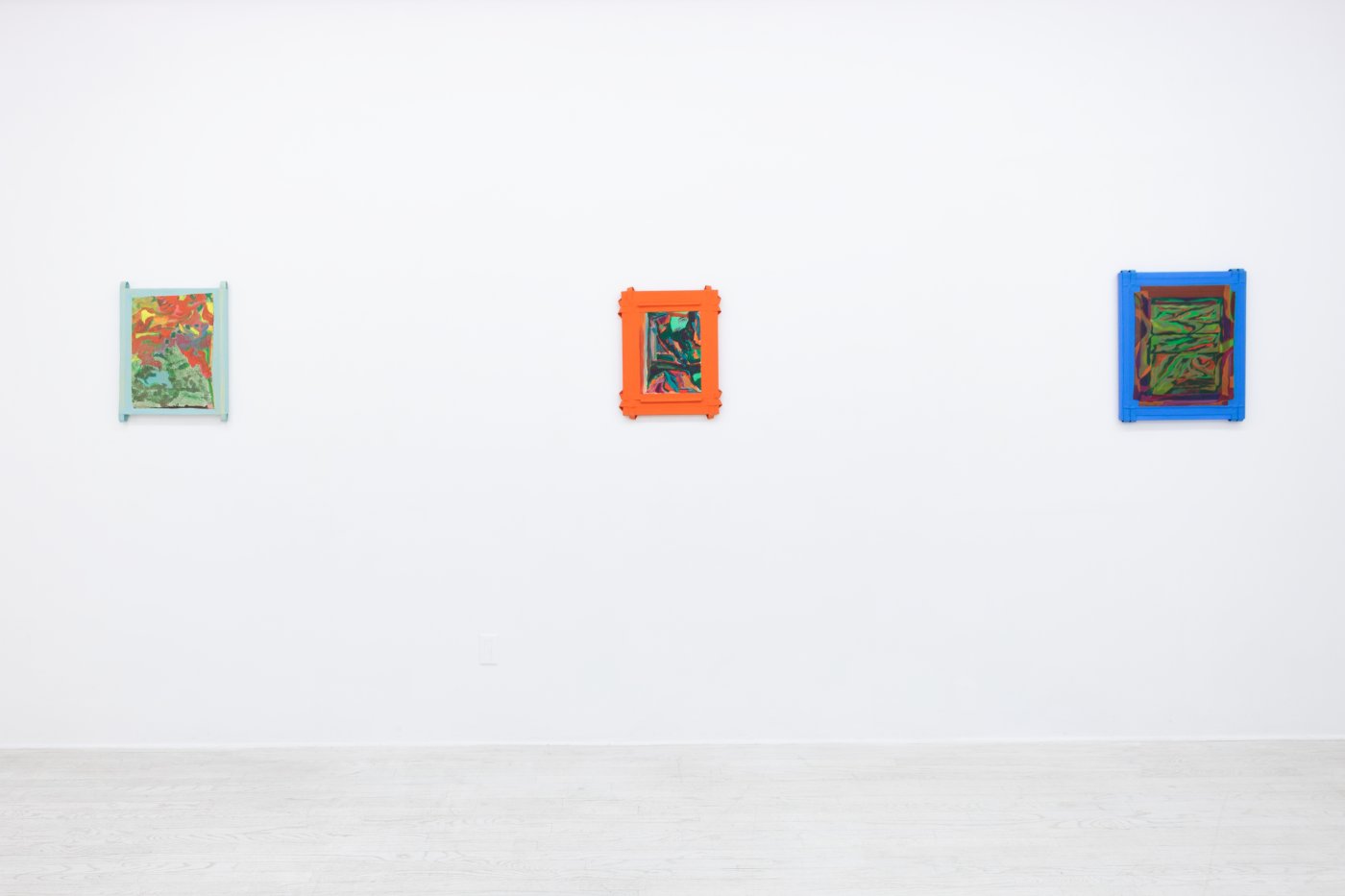 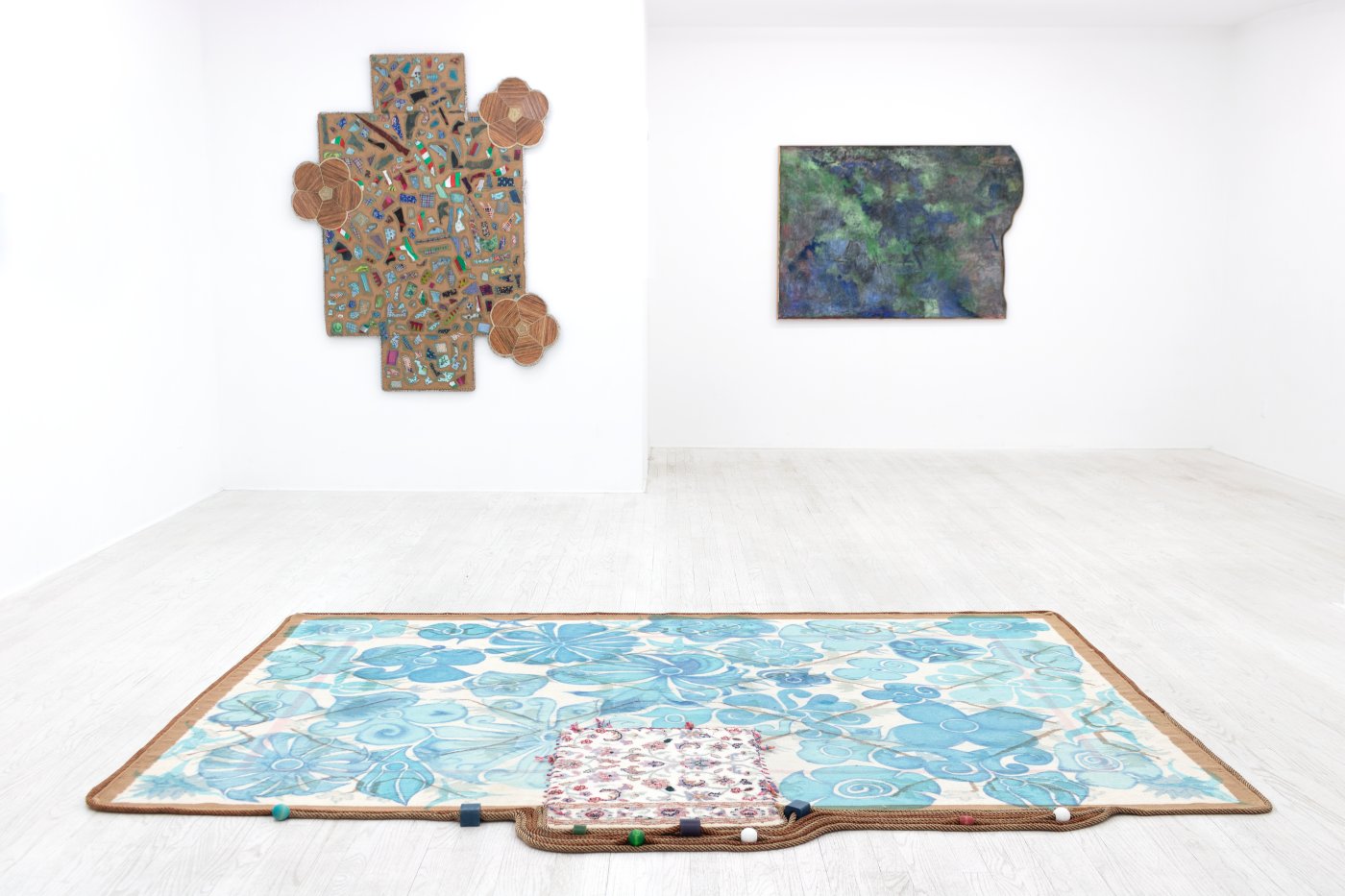 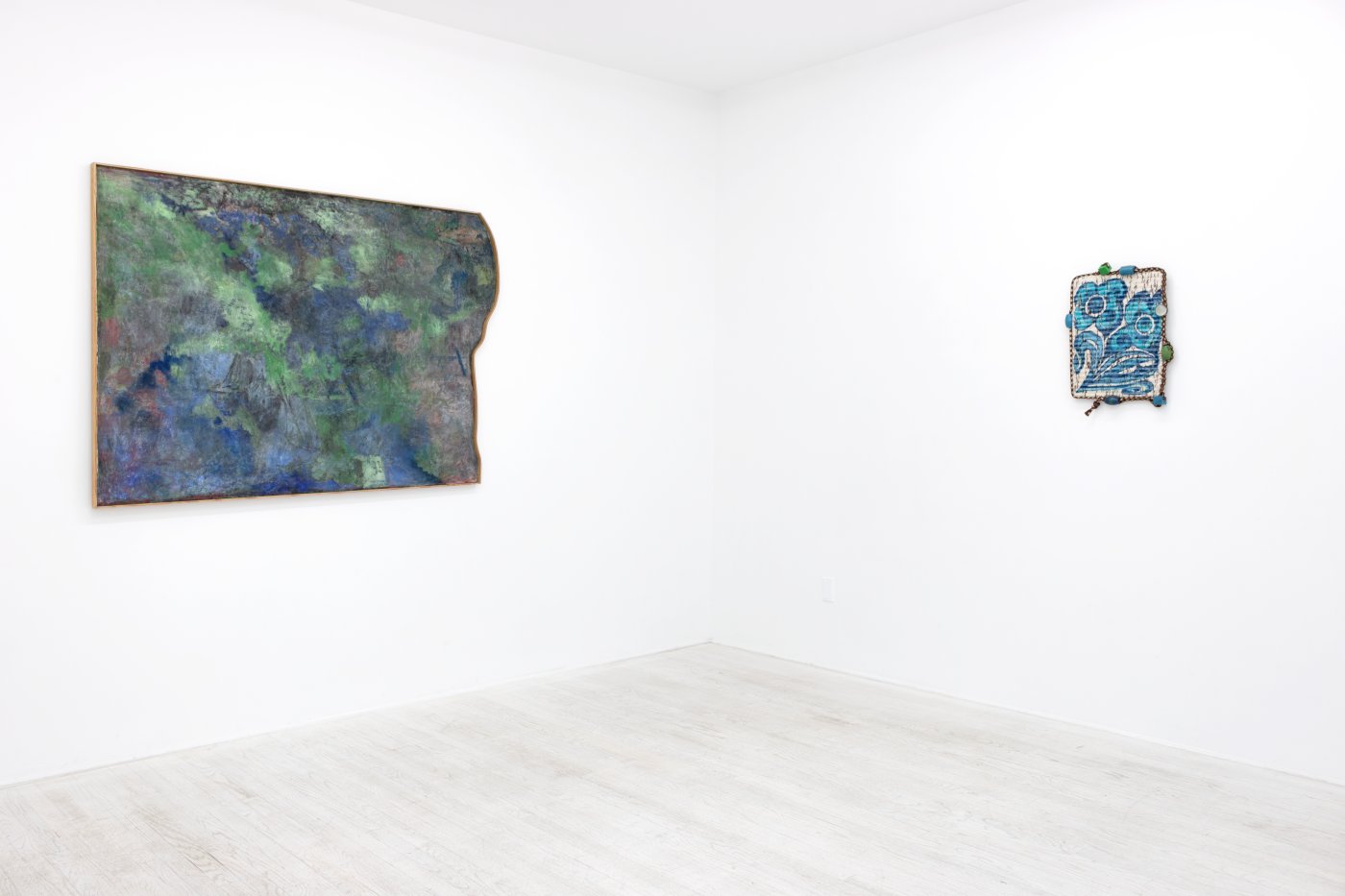 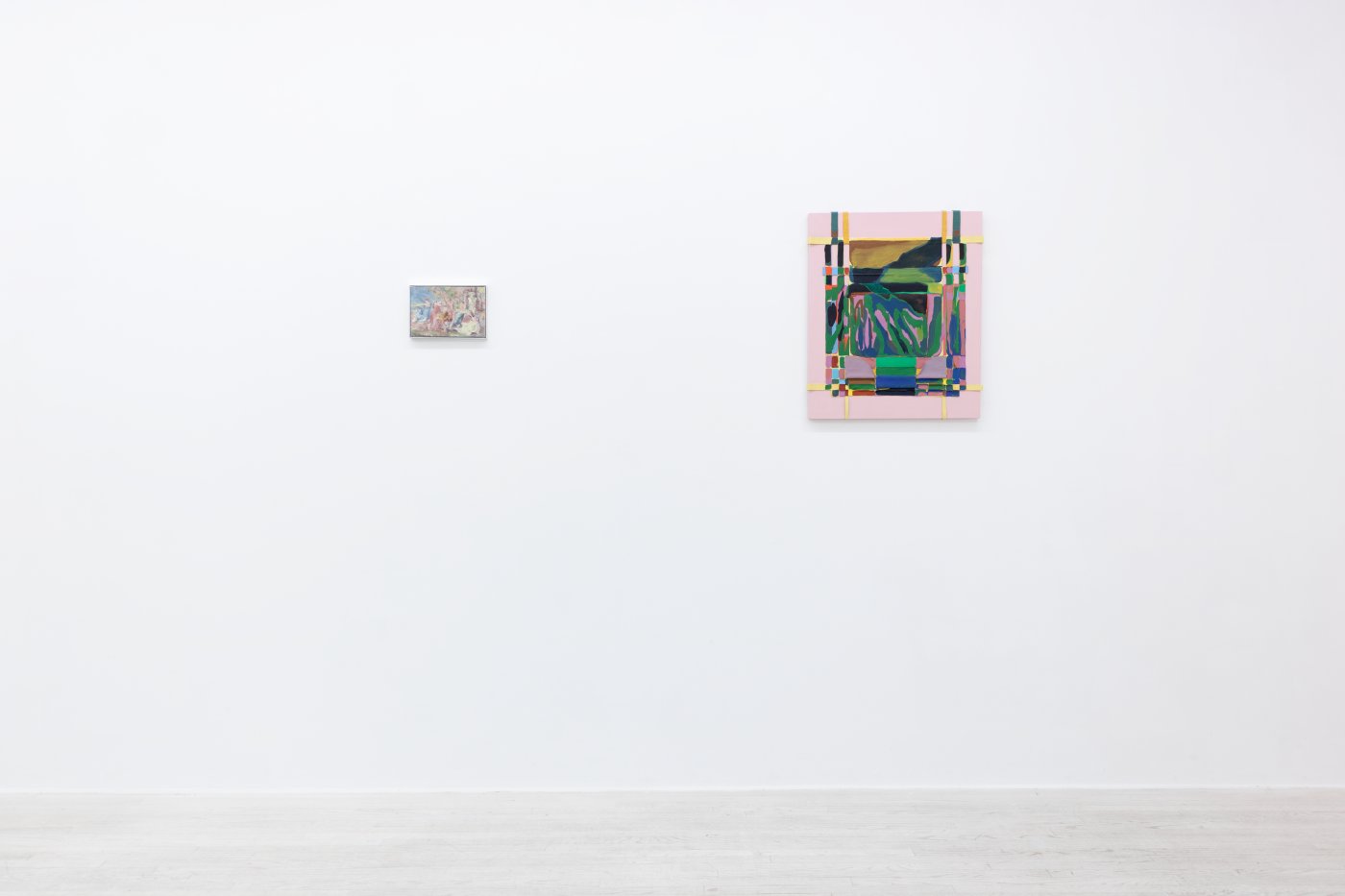 The Saragossa Manuscript is a 1965 Polish film directed by Wojciech Has, based on the 1815 novel by Jan Potocki. The film is set at the end of the Napoleonic War. During the heat of battle, a Belgian officer stumbles across an ancient manuscript. As he reads, labyrinthian tales unfold and take the
audience on a ride through time and space. The multifarious plot line of The Saragossa Manuscript can also be viewed as a metaphorical Russian doll set. These figurines happen to be called ‘matryushka’ in Western Europe– or mother, because of the way they give birth to their smaller pieces. These nested tales are an insight into the work of Gracie Devito, Annabeth Marks, and Sophie Stone. The three artists are concerted in their ability to create stories within stories.
Annabeth Marks’ work radiates from a central core of euphonious color, painterly marks, and intimate composition. Her images are both palpably sculpted and tenderly painted rectangles within rectangles. The resulting work has the effect of unboxing itself in front of the viewer. Marks’ concentric collage of painted canvas are meditative portals. The saturated cluster of pigment invites a burst of introspection within the given framework.

Sophie Stone’s eclectic mix of found materials are interlaced together in an unexpected manner.
Painted blooms are superimposed on ornamental textiles. Thick cords are then woven together into an outer layer of rings, containing a flourish of wonky blue flowers. Sophie absorbs big bright-stained wood beads into her orbit and remodels cardboard with cleverly crafted rope tendrils. There is a symbiotic relationship between inner and outer realms, it is embedded in the physicality of the artist’s work. Sophie Stone’s galaxy of collaged fabric scraps only takes dimension when corralled by parquet floral emblems.

Gracie DeVito’s cosmology of moss green, marine blue, and mauve gestures, tell a tale both pastoral and sublime. The fuzzy blotches of color are built up and appear like lichen, glowing from the surface. The soft emerald patches connote a pleasant landscape, while the marine hues point to something stormier. DeVito’s piano-shape frames speak to its inner atmosphere. The bent ash wood curves in dialogue with the heart of the painting. One part cannot exist without the other. In another work, a woody landscape is transposed onto a tightly woven folded cloth. The richly hued content is inexplicably changed by its outer shape.

Saragossa presents Devito, Marks, and Stone in a way that their work can nest in and out of each other, visually creating a harmonious dialogue. The contours of the work are echoed around the room as a meditation on our collective interior worlds and the layers it takes sometimes to get to the heart of it all.